Casa OV was designed by Costa Calsamiglia Arquitecte a small size warehouse located in Tarrega, a city in Catalonia, Spain turned into a beautiful residence. 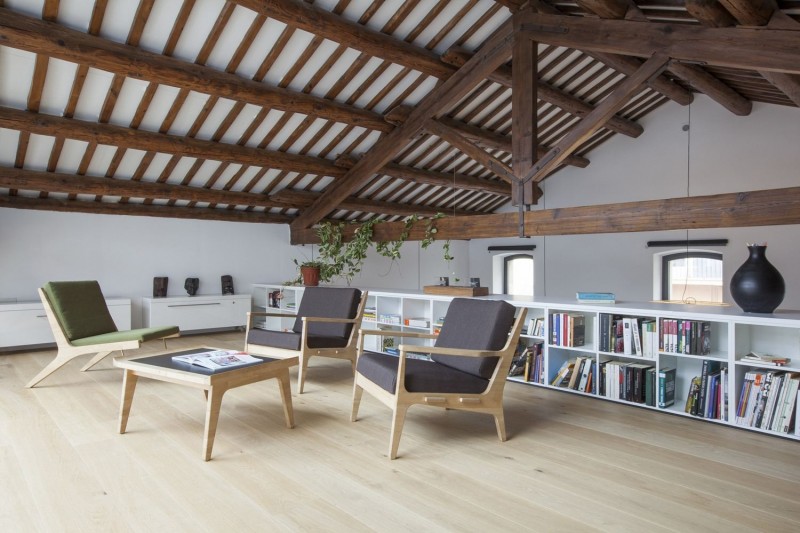 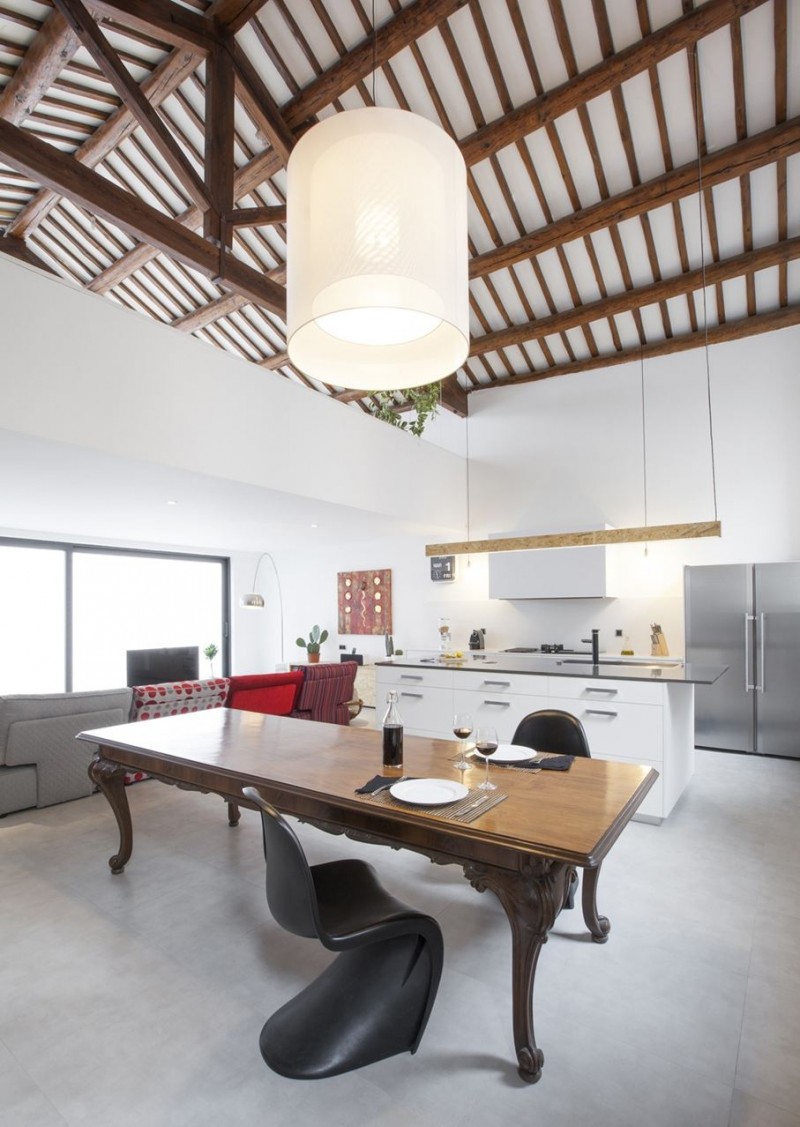 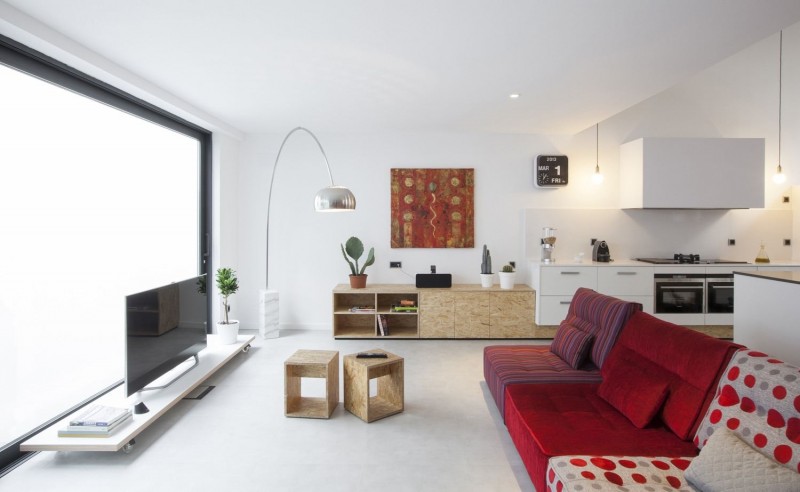 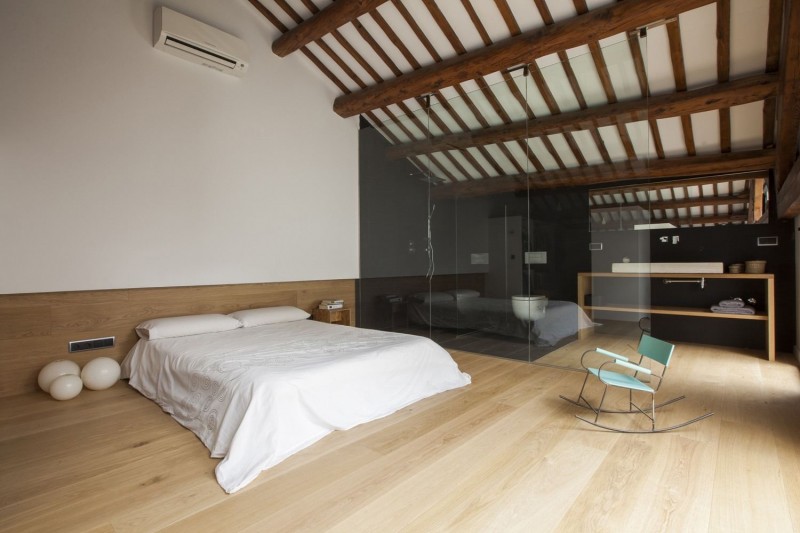 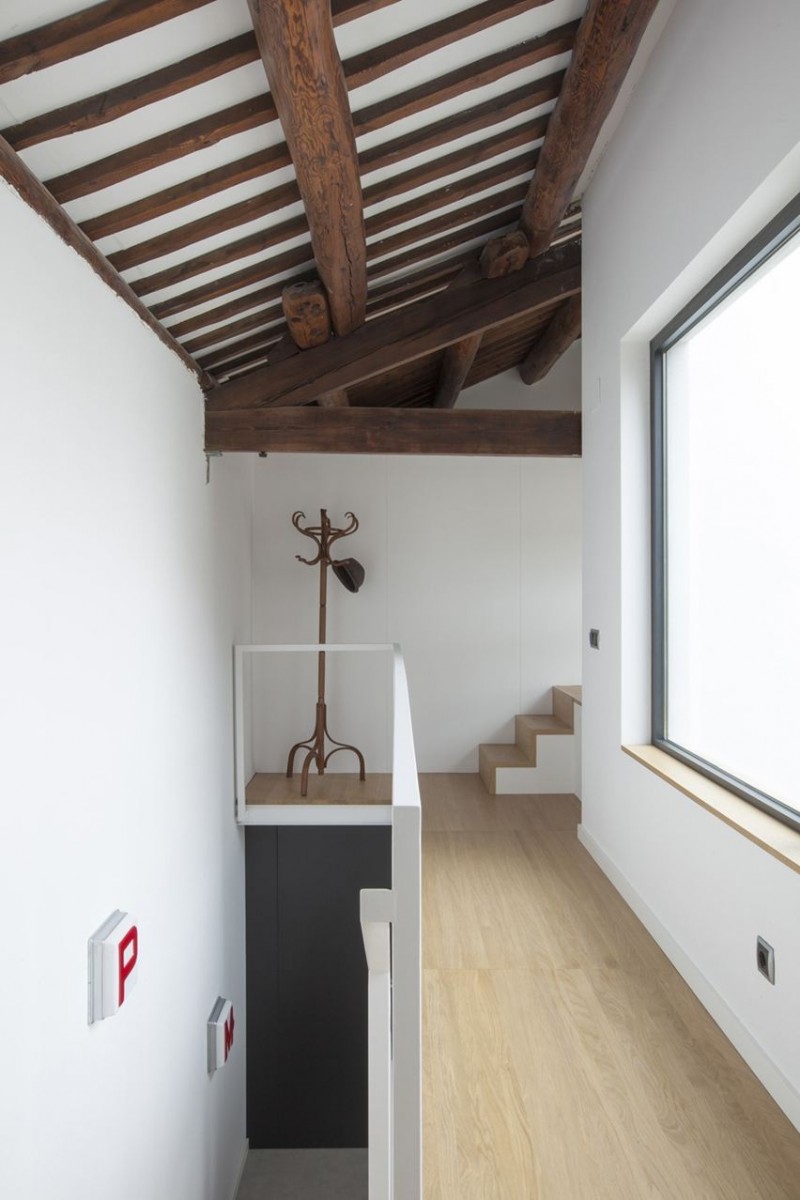 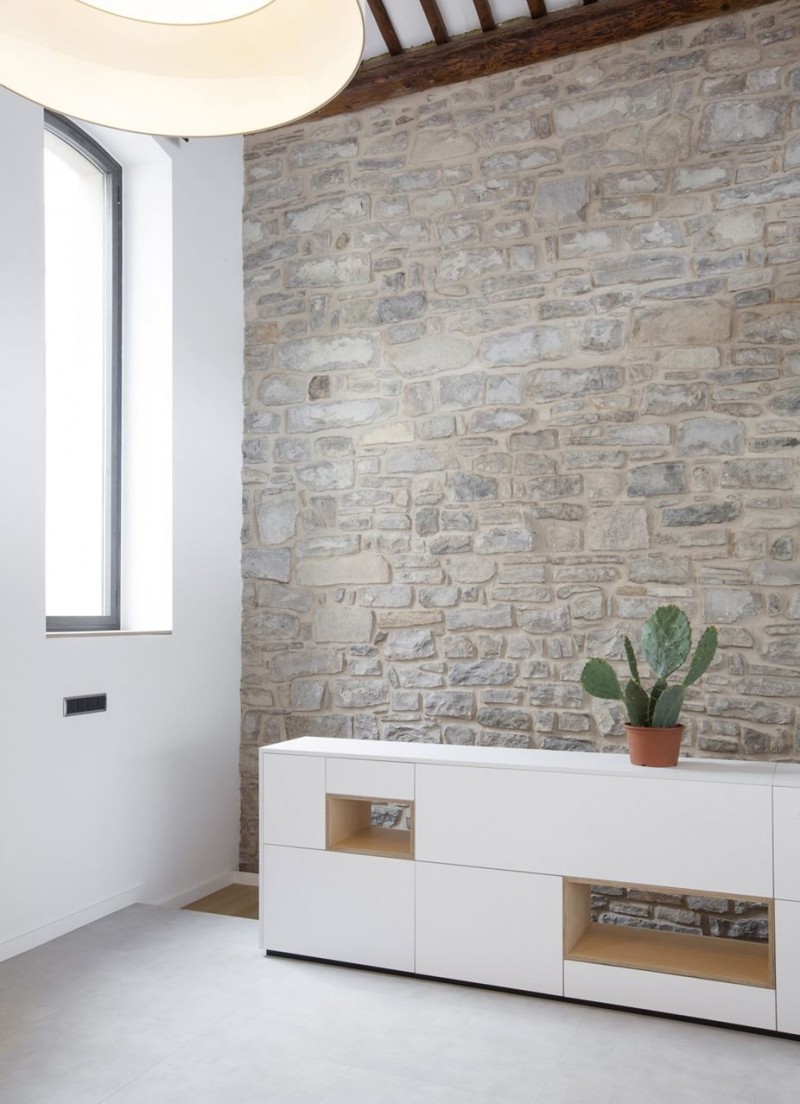 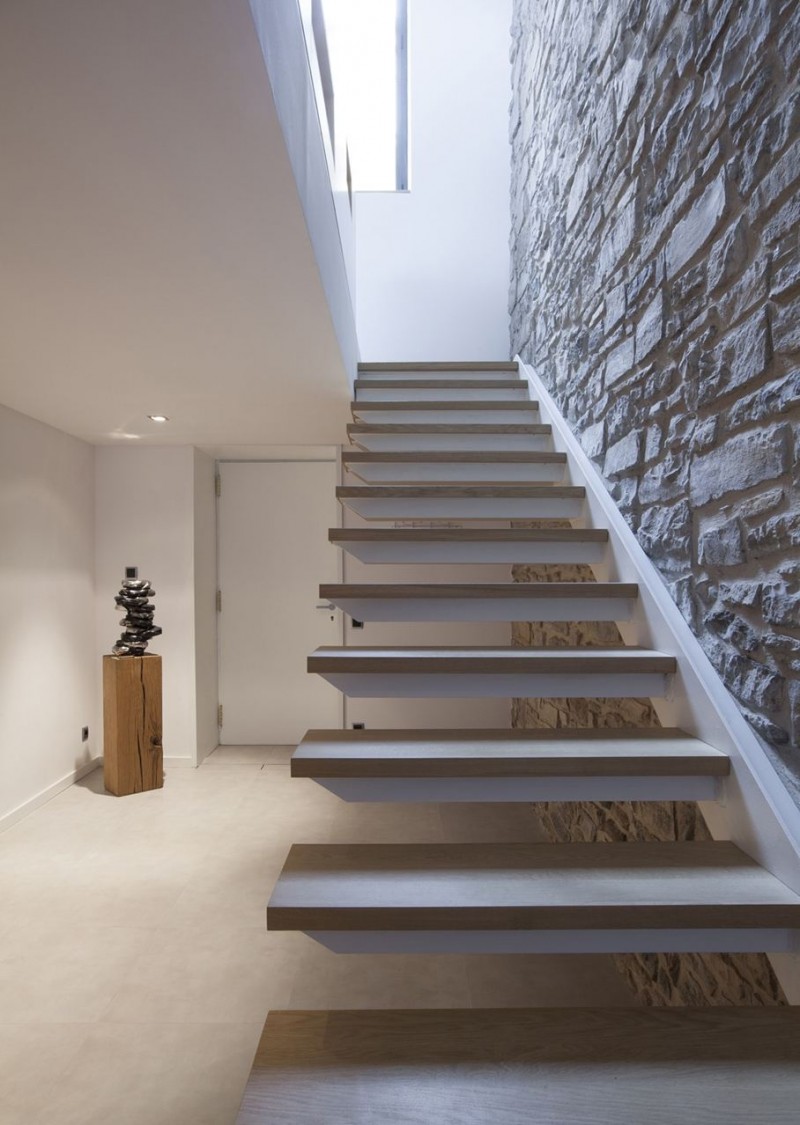 The city of Tarrega is traditionally a city with an important industry force . In 1918 Josep Trepat founded an agricultural machinery industry that grew quickly and sold all its products throughout Spain. Originally , stood in small size warehouses within the urban grid of the city. They were made machines of various kinds and the first models of agricultural machinery, without engine, that were installed on animals .
When in 1931 , given the continued growth of the business, decided to move production to the outskirts of the town , a great number of this warehouses were freed and they were occupied by small business, workshops or used as storage spaces.
In one of this warehouses is where the project is developed.
The original idea, appeared in the very first conversations between the architect, Guim Costa, and the interior designer, Oriol Vidal (also the owner and the future user) was to conserve the essence of the old warehouse that had great historical value related to the industrial heritage of the city and a number of interesting structural elements such as masonry walls and wooden beams, some with typical holes at one end of which was taken down from the woods of the upper parts of the Pyrenees by the so called “raiers” through the river Noguera Pallaresa .
Thus, it was decided that the new metal structure were to be “autonomous” and separated over the old . The other important decision, given that the warehouse had very few openings to the outside and could not be opened because they were all party walls, unless the façade to the street, was to open a large interior patio, around which the program of the house would easily be accommodated.
Thus, the two principal axes of the project at its inception were:
– Respect for the heritage inherited,
– Search for light and ventilation through a large interior patio.
Those were the two major project decisions. From there the program flowed comfortably.
Photos by: Anton Briansó