ARTPUB BUTLER is a project designed in 2015 by ALLARTSDESIGN, cover an area of 140 m2 and is located in Perm, Ural, Russia Federation. 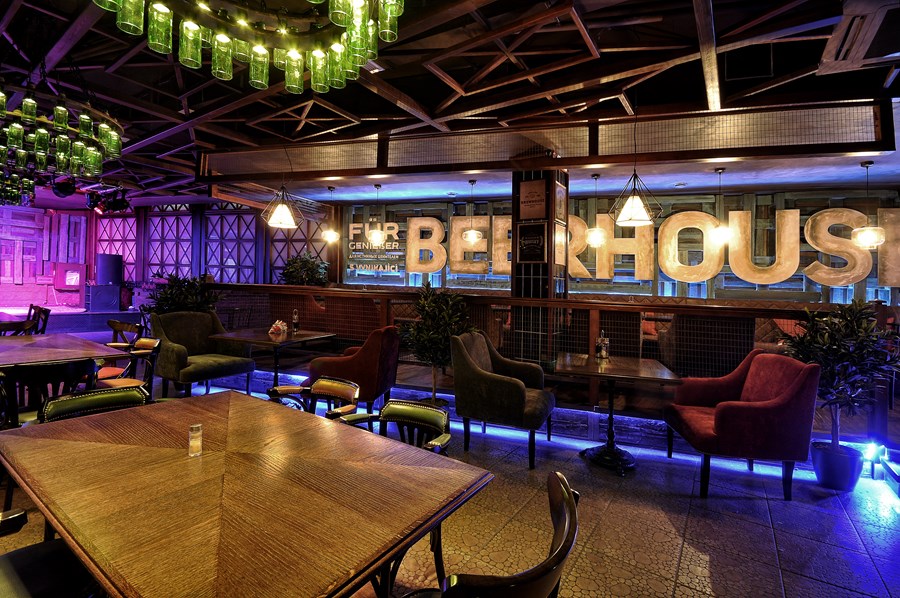 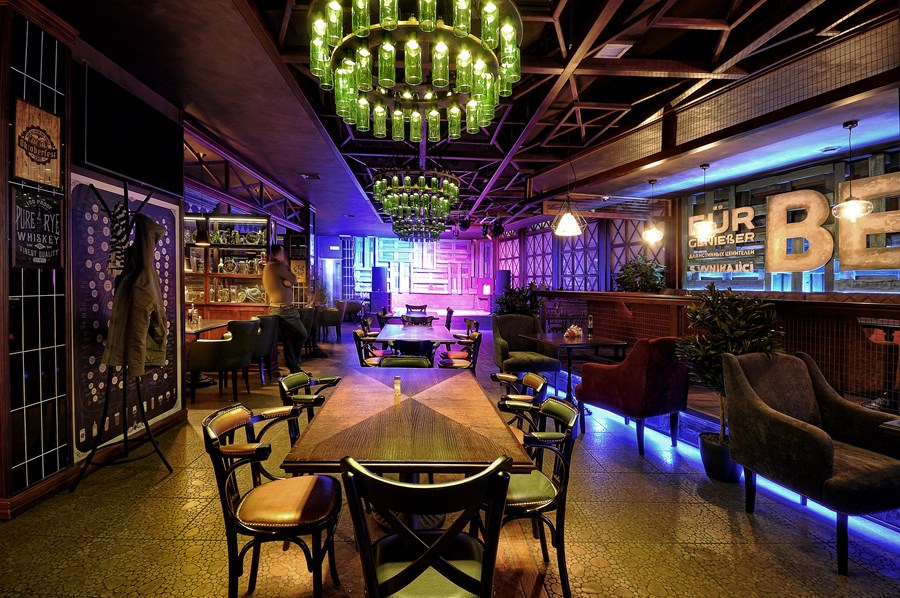 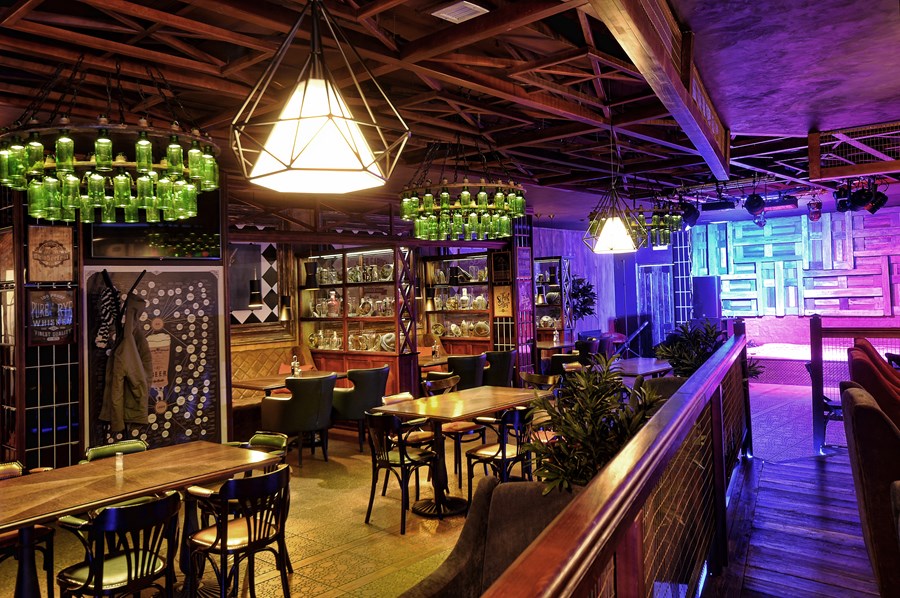 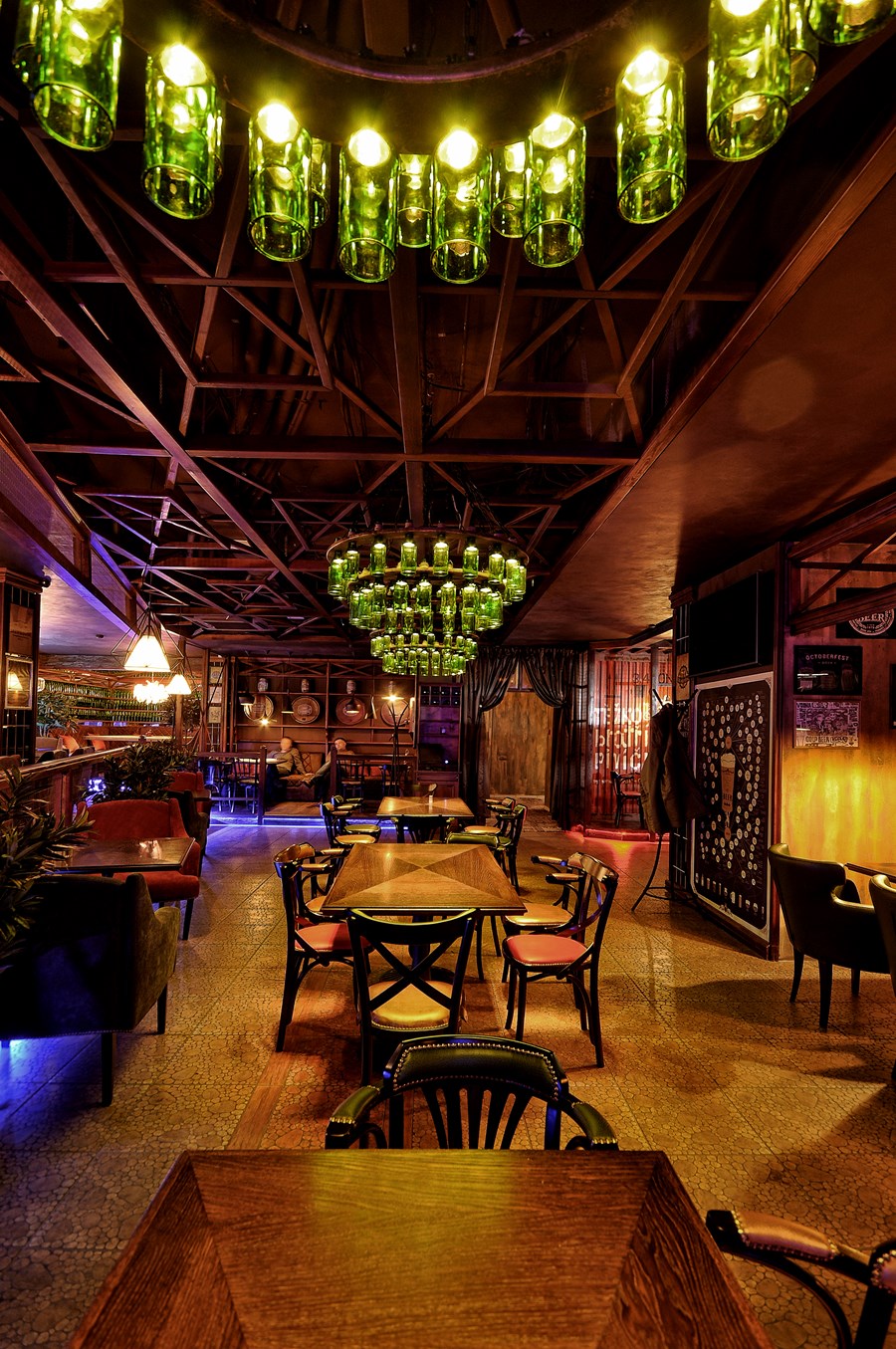 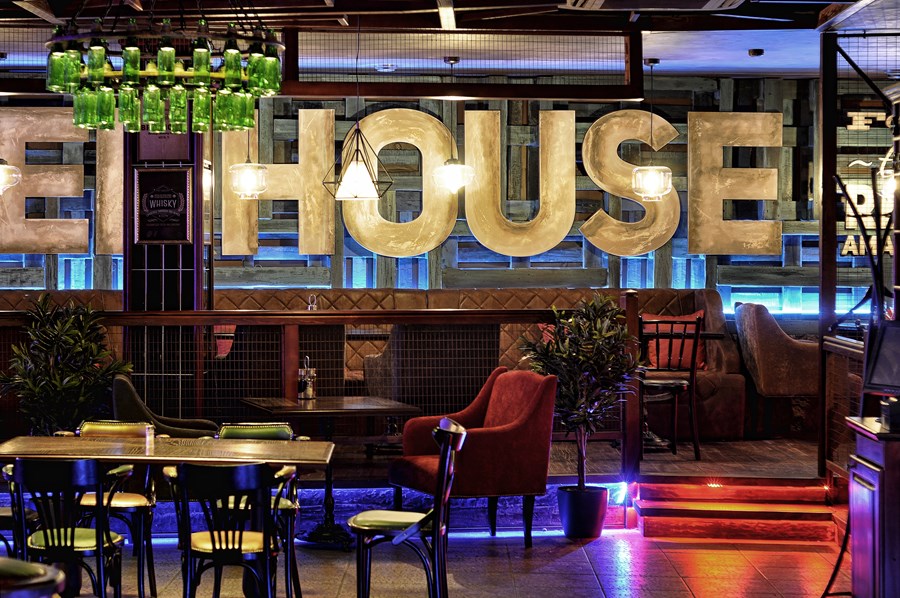 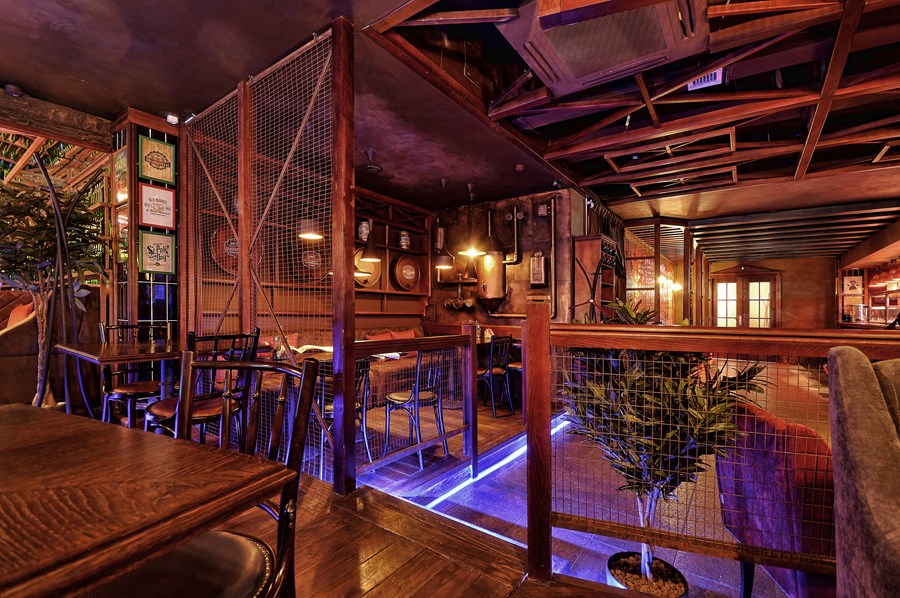 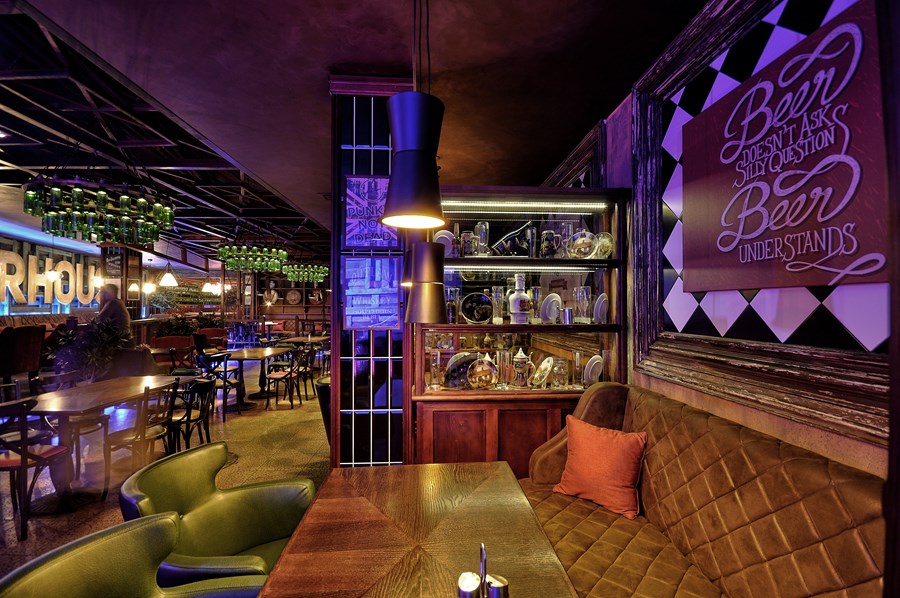 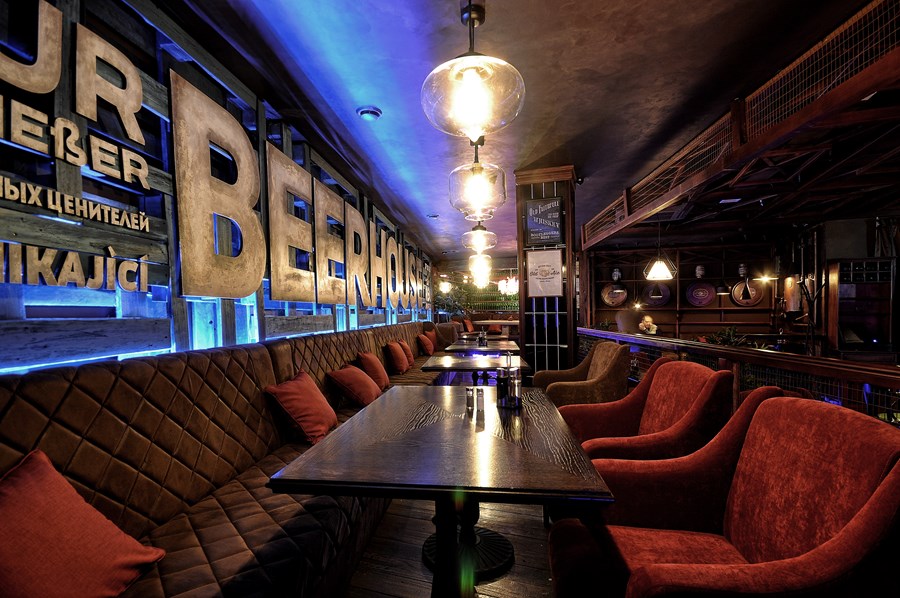 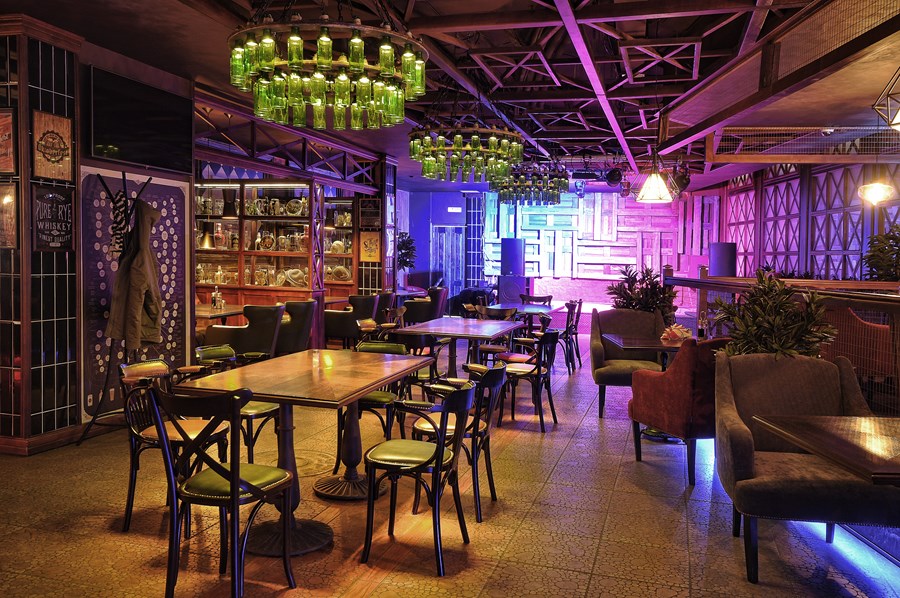 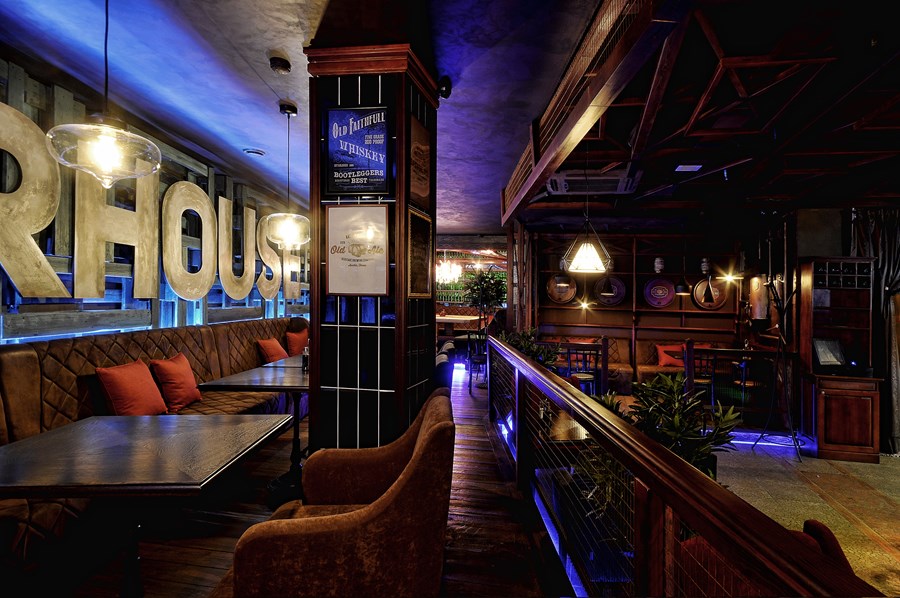 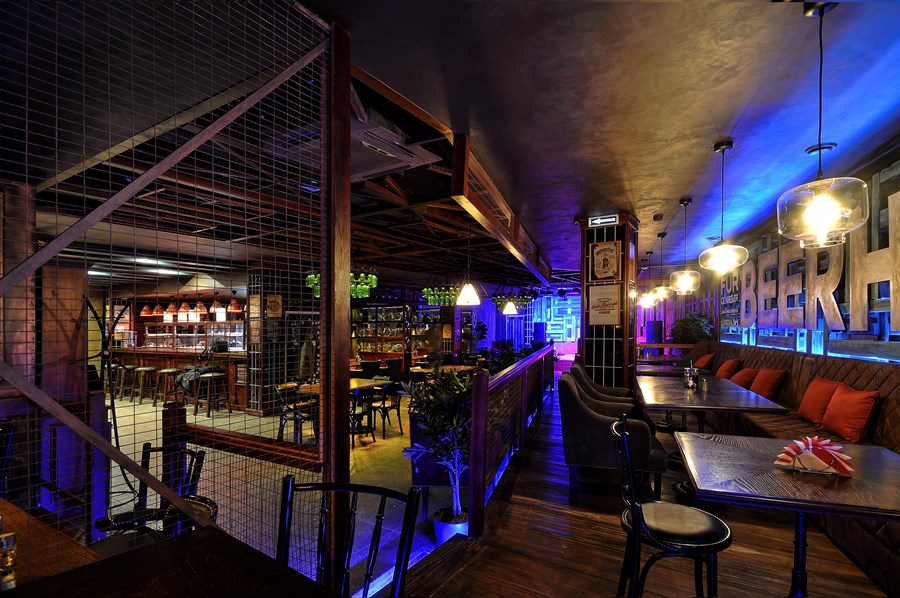 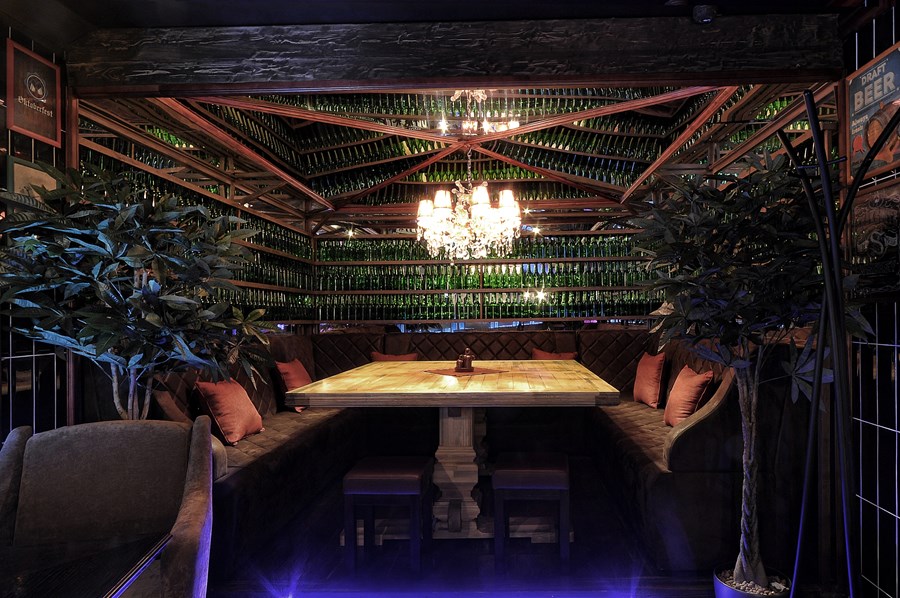 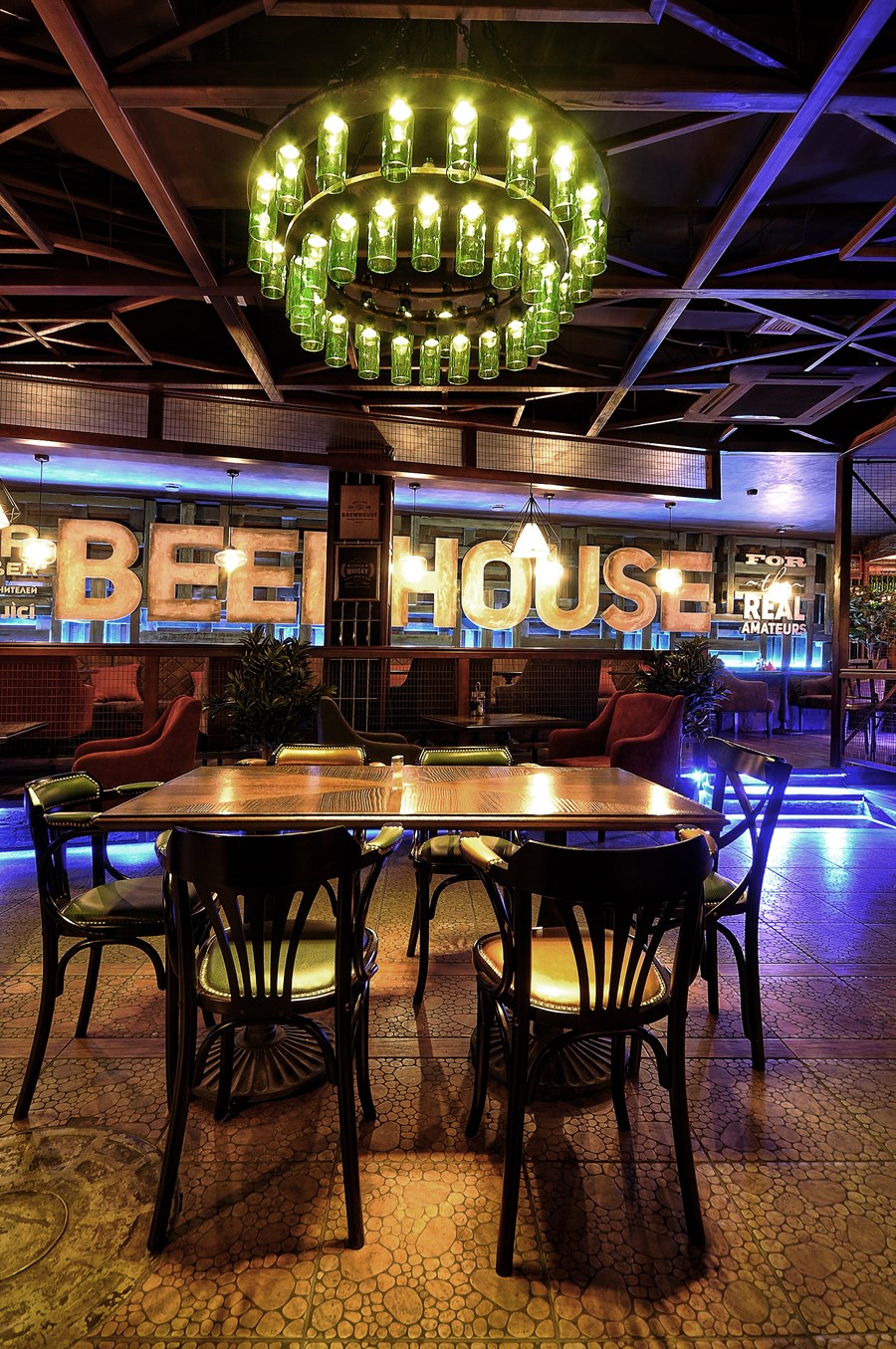 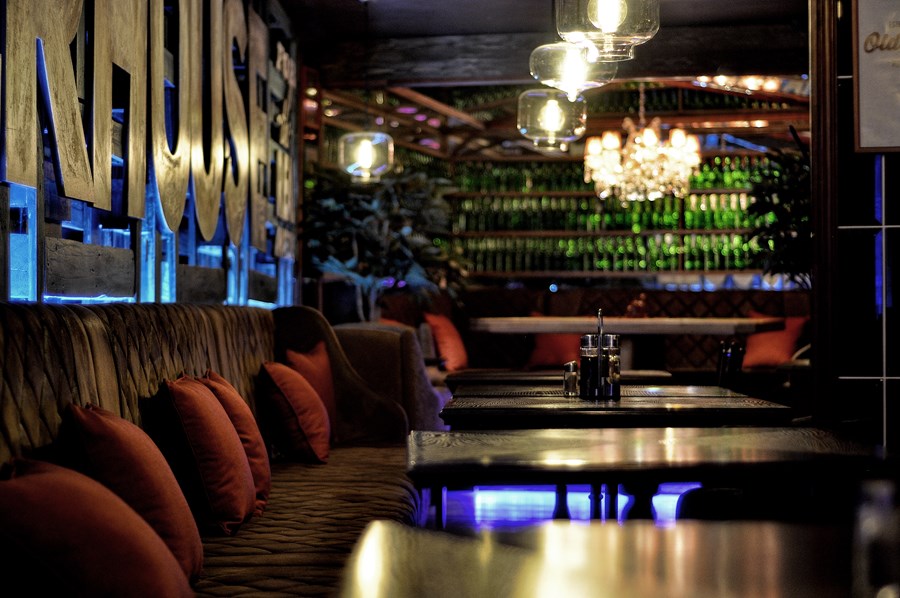 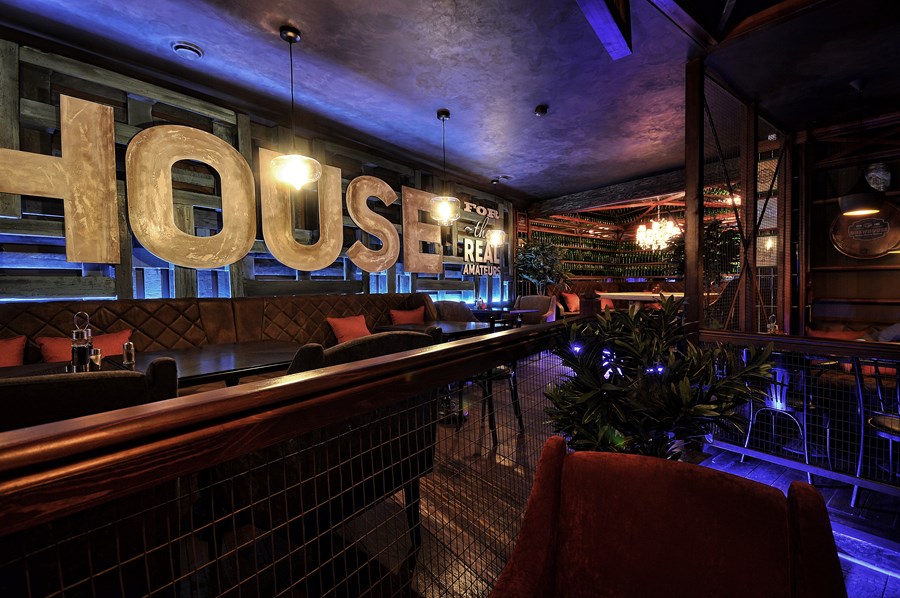 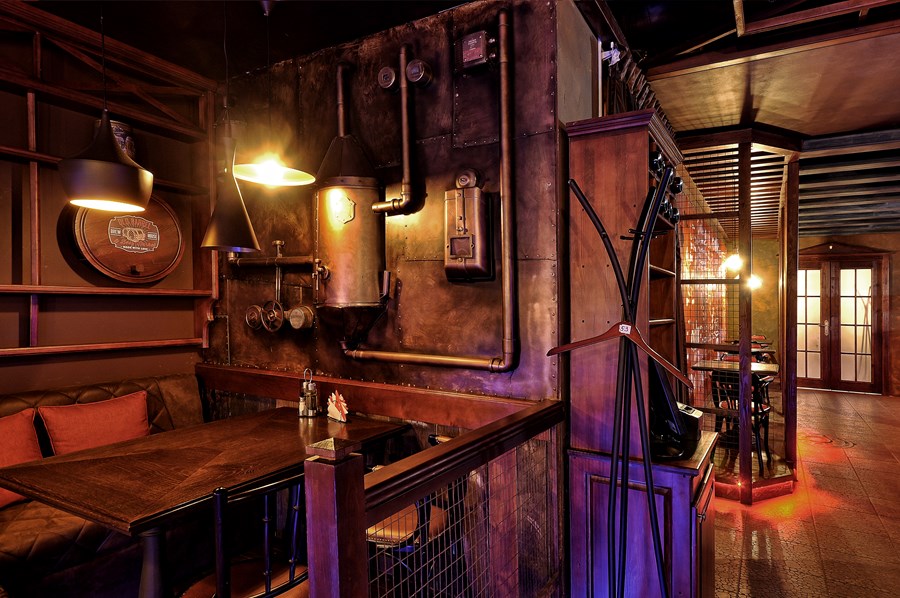 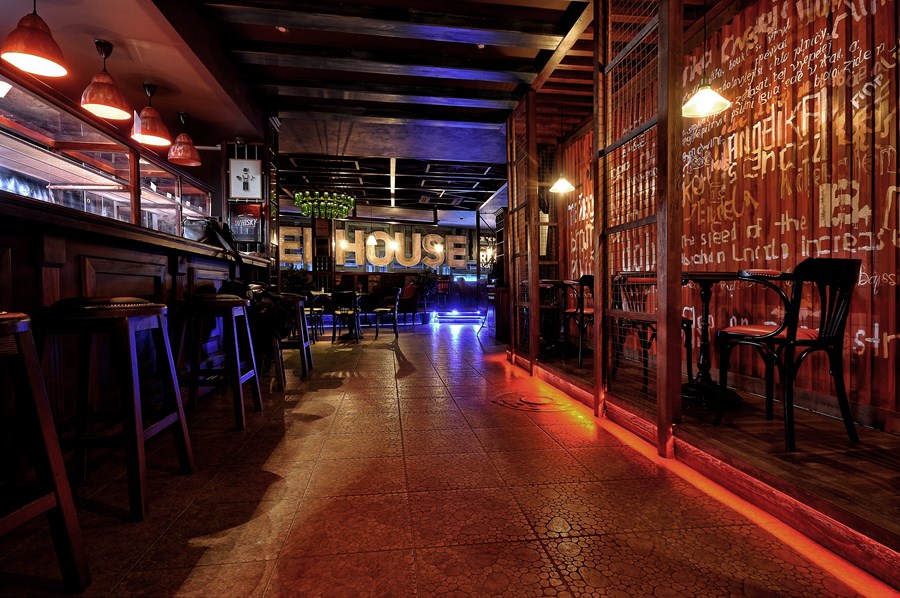 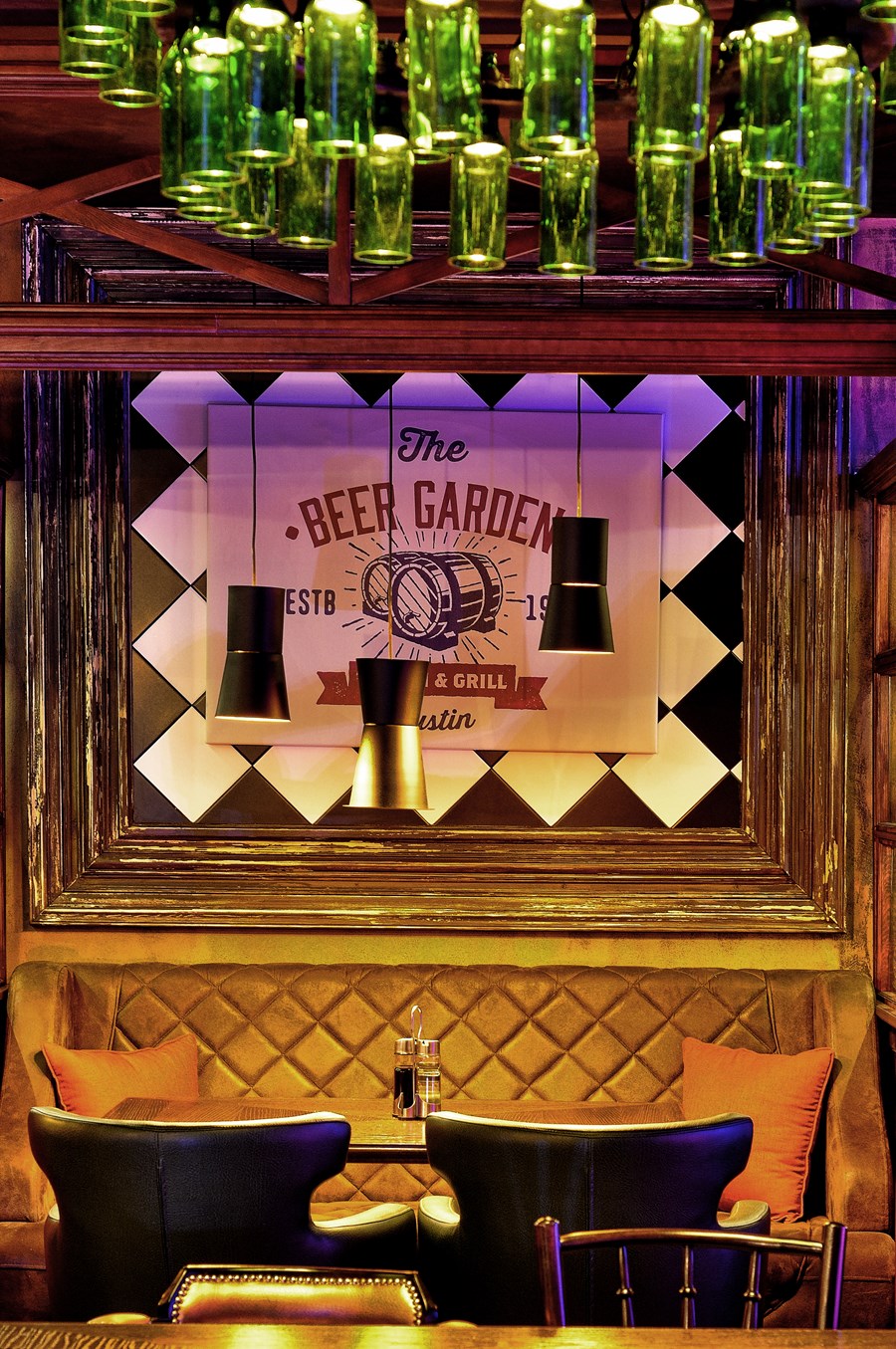 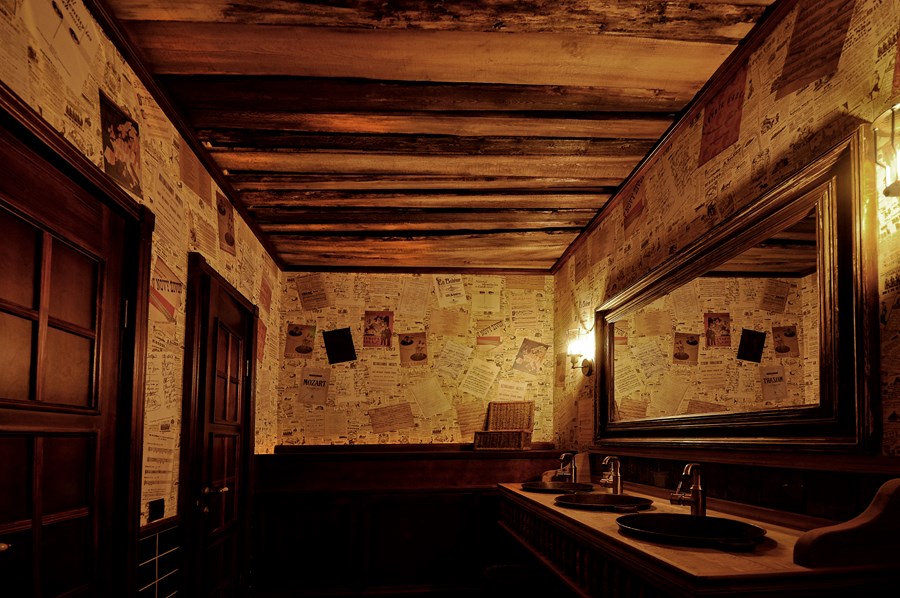 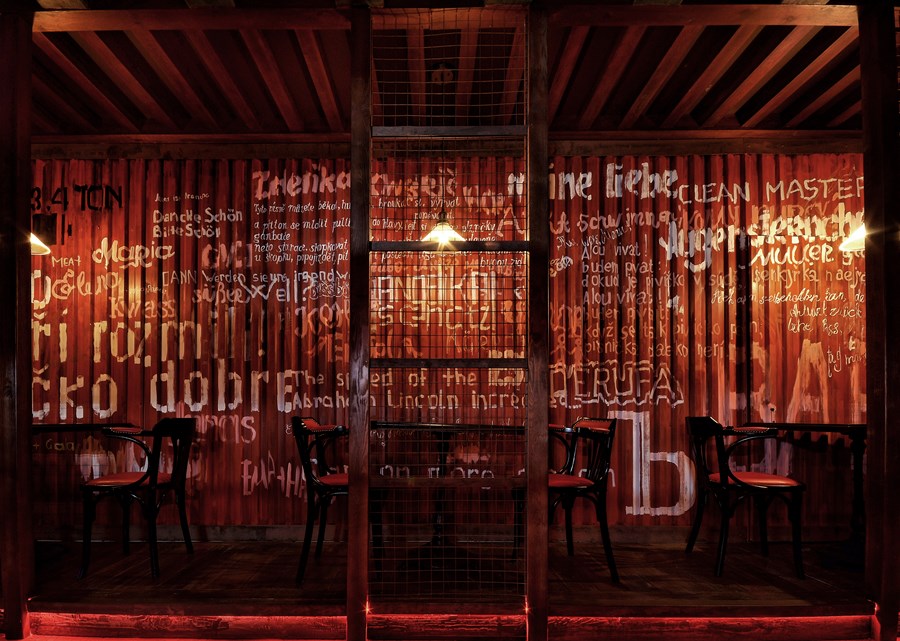 Originally intended as a room cafe for lunch and dinner, but the customer had a desire to combine the format of a cafe and pub, as a result, we were tasked to combine two formats. Now, in the daytime bar is transformed into a line of distribution, and in the evening, everything is converted into a pub.
The hardest part of this project was to link the interior with a complex planning decisions. All room consists of a trapezoidal shape with a palisade of load-bearing columns.
Columns, we have identified a glossy coating of black ceramic tiles, which subsequently placed the thematic and art posters.
From the decorations, we have added a few hand-made objects for the ambiance.
We made three beautiful chandeliers Czech beer bottles (circles punched and shoved them in bottles, pre-wound rope, bottles, we cut the master, almost half – burst cutting, further we passed through the neck of a halogen lamp, chandelier and all included in the dimmer).
Interesting story turned to the sea container. Initially we wanted to simulate the detail, but in the end decided to buy real old hipster scribbled container in the English port of Kingston upon Hull ceremonial county of East Riding of Yorkshire. In Russia, he came in one piece, and many were surprised and did not understand why people have bought the old part of the shipping container. They are laughing and joking. But in the end it perfectly fit into the interior.
On the wall we placed Finnish euro pallets, color them in turquoise, and left on the street for half a year, paint weatherproof partially moved at the right time for us, we brought them back and mounted.
An integral part of the style made of metal fencing. We bought a lot of metal and welded in the courtyard of the drawings, the needed design, then within 4 months, we sprinkled table salt from the old sea (Solikamsk city , Ural, Russia) in the open air, the result was interesting texture old rusty iron.
Decorators from Perm helped us gather on the wall imitation mini brewery in bas-relief, artificially aged model.
A lot of decorations were brought from Germany, from the old flea market in Hamburg – «Flohschanze», as part we bought a few items of interior in England and the Czech Republic. This collection “Bierdeckel, festival bottles, hats and more.
ARTPUB today got his audience that understands the beer, and are represented by this drink plenty and the steak menu.
Photography by SaraninArtemy