House N Hasselt is a project designed by UAU collectiv in 2014, covers an area of 610 m² and is located in Hasselt, Belgium. 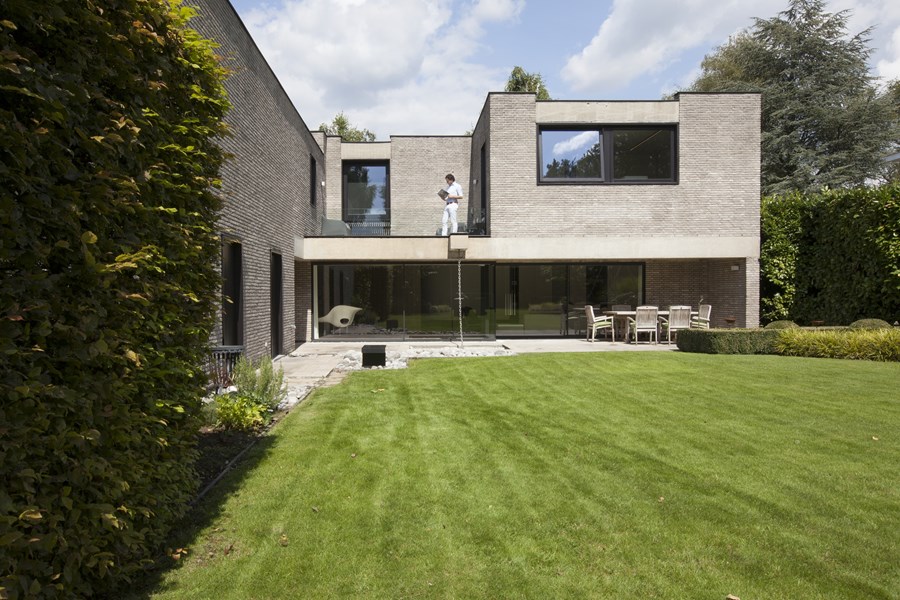 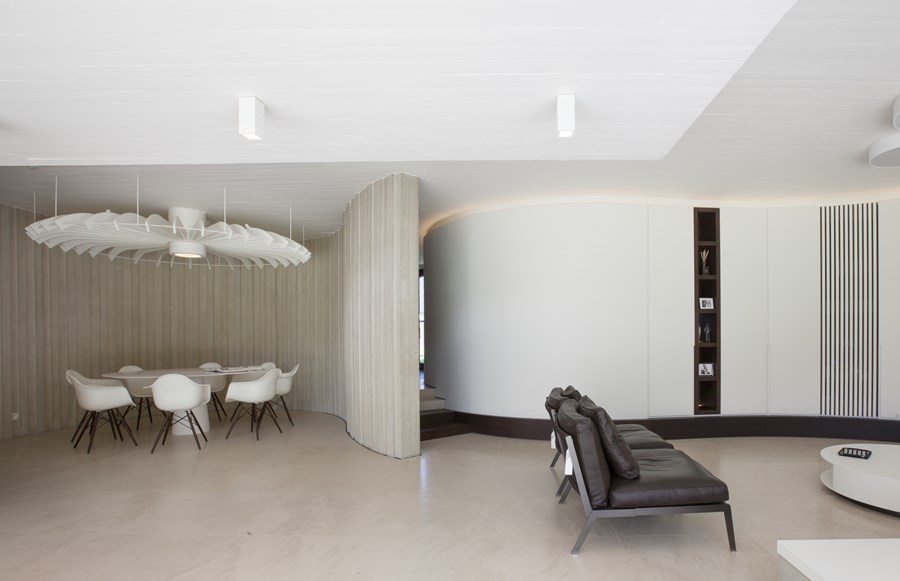 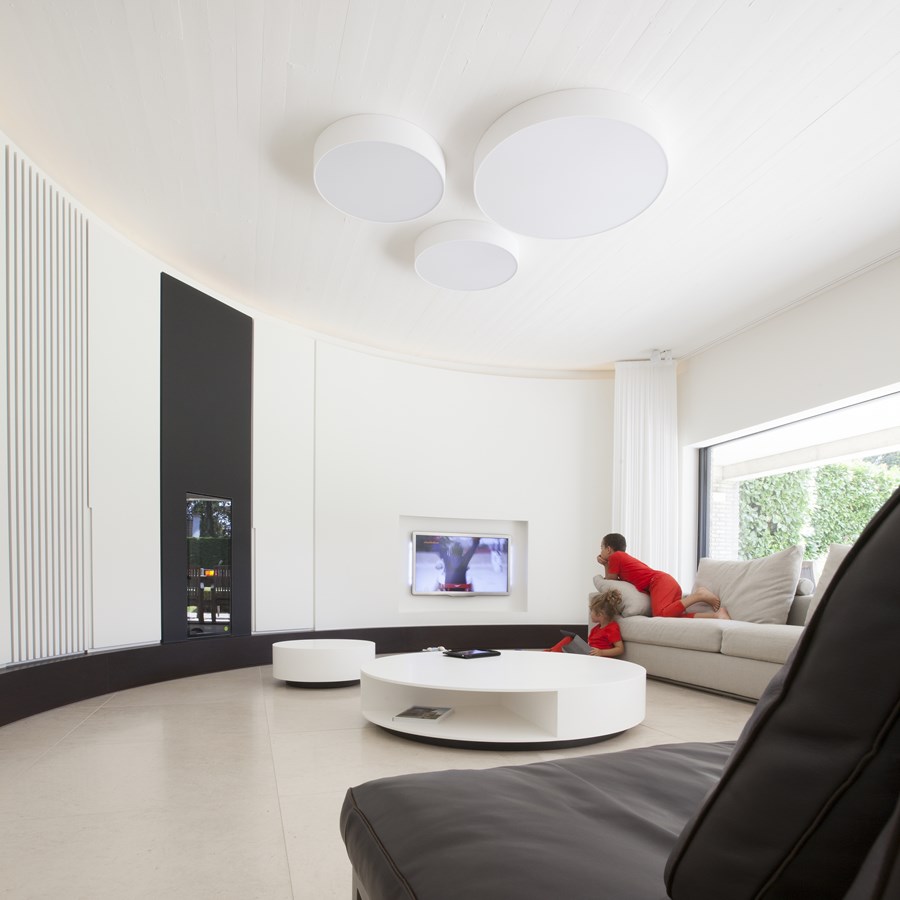 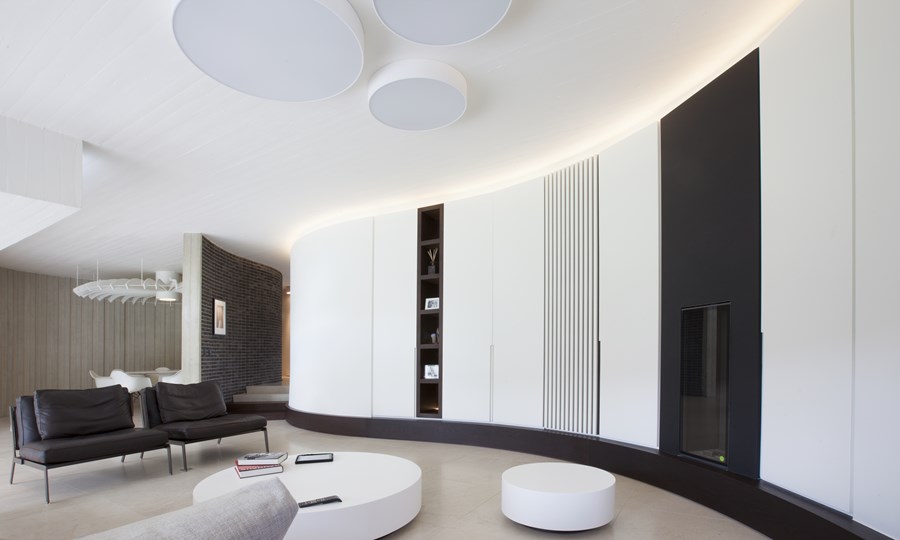 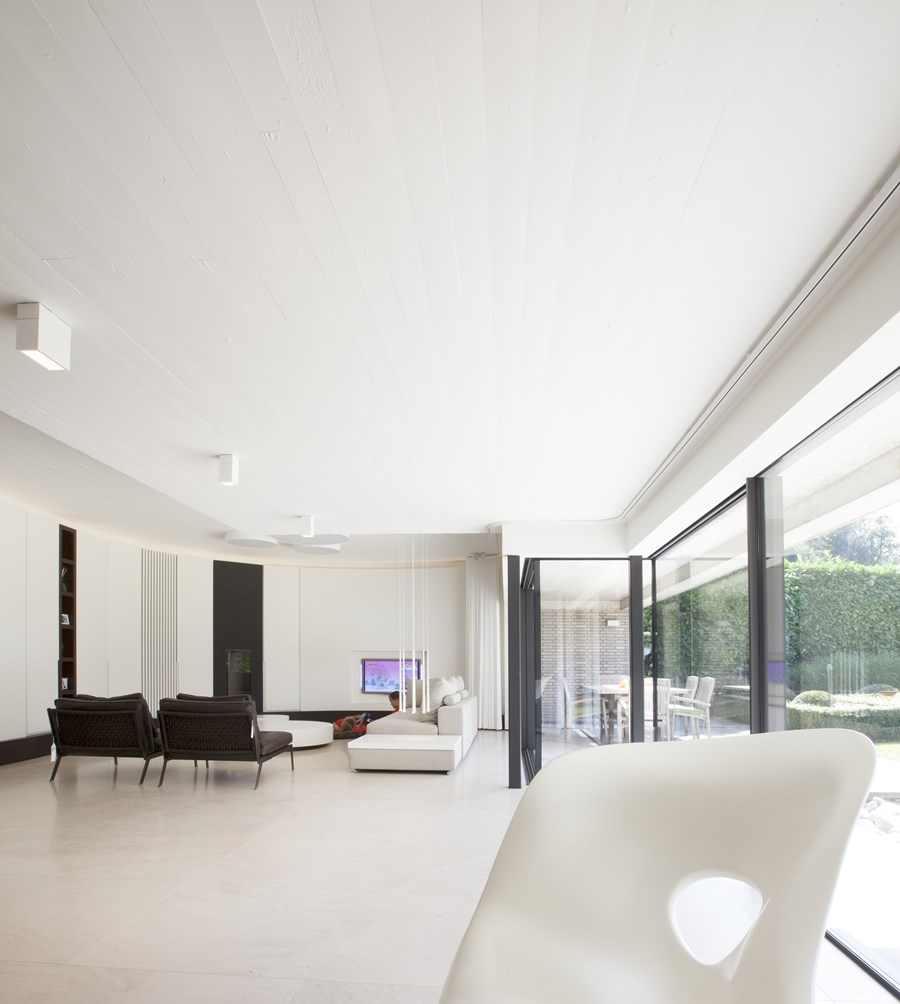 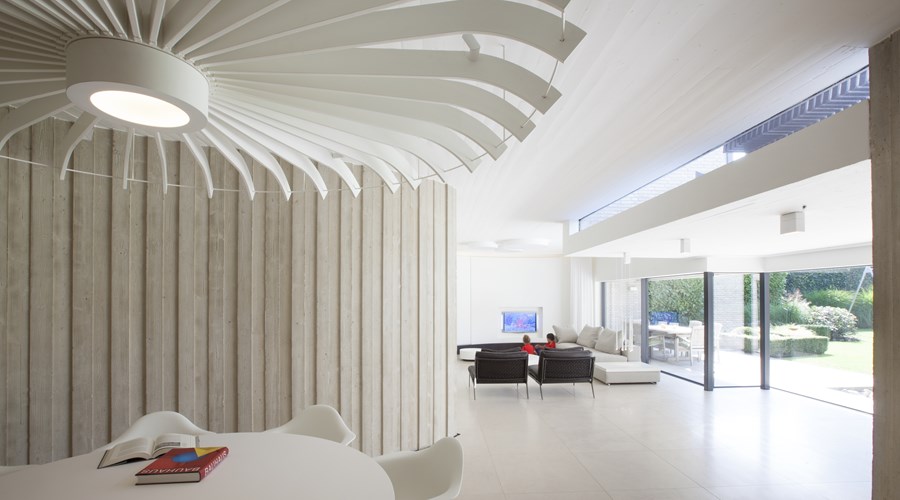 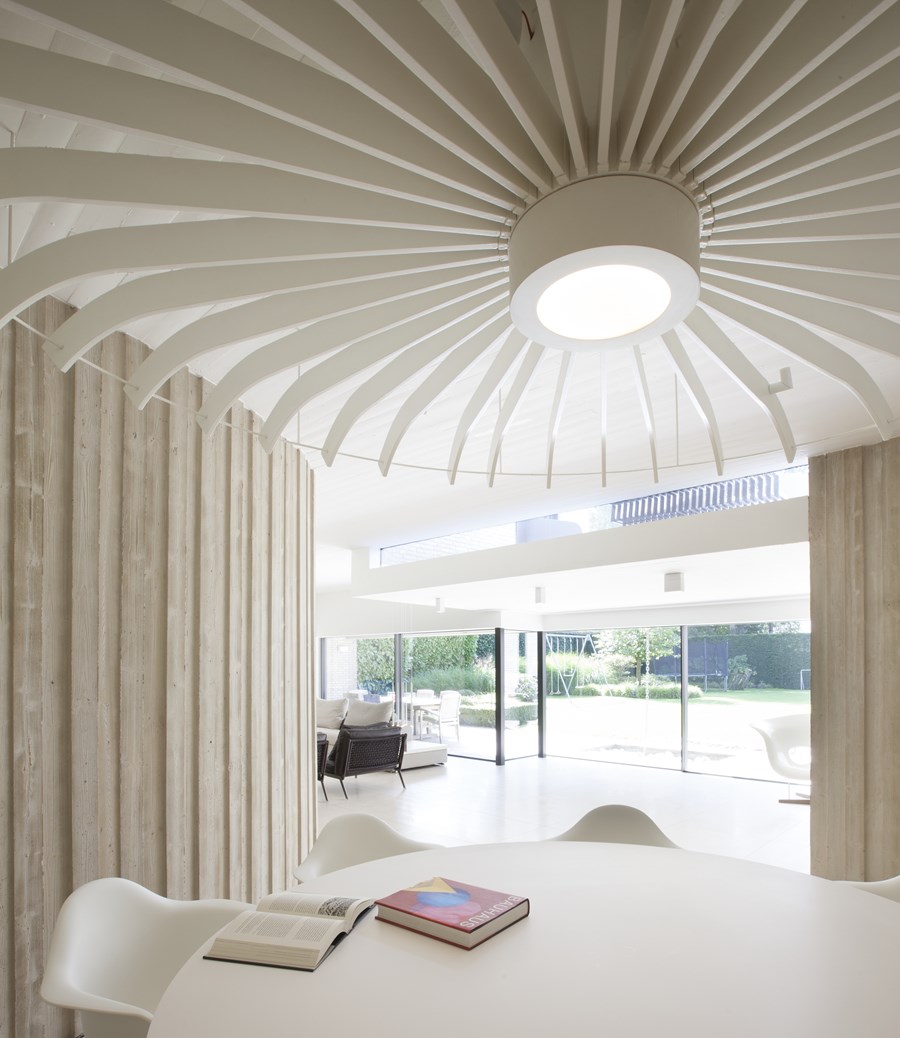 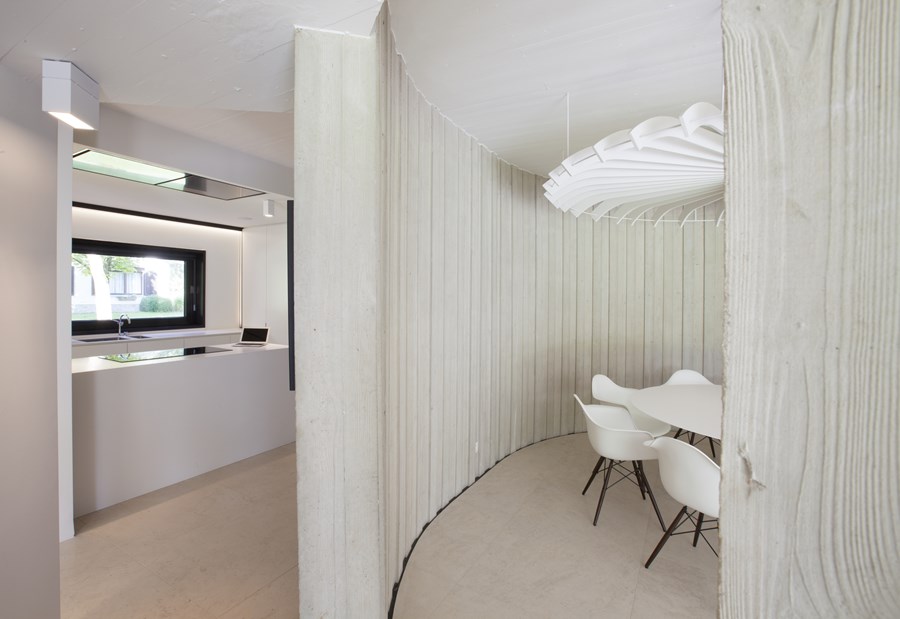 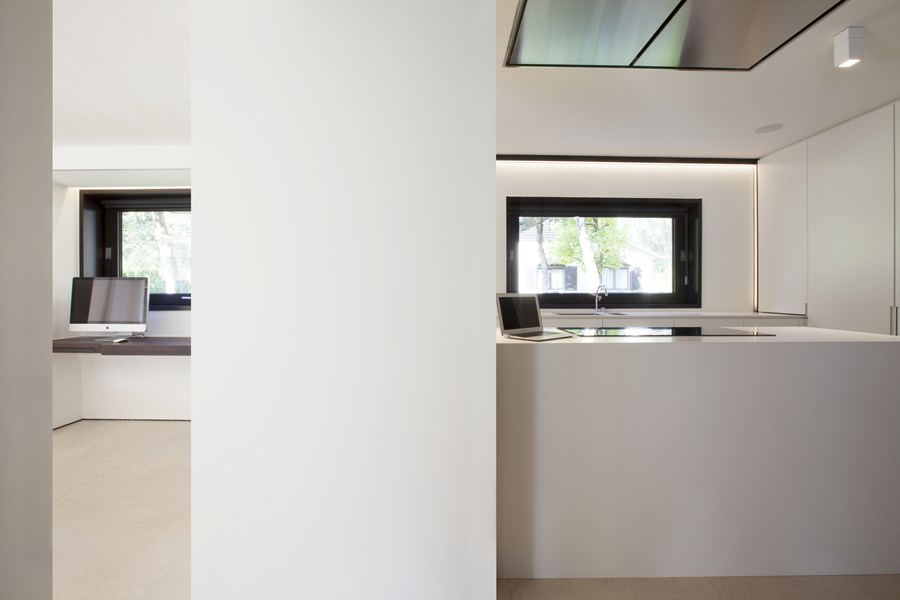 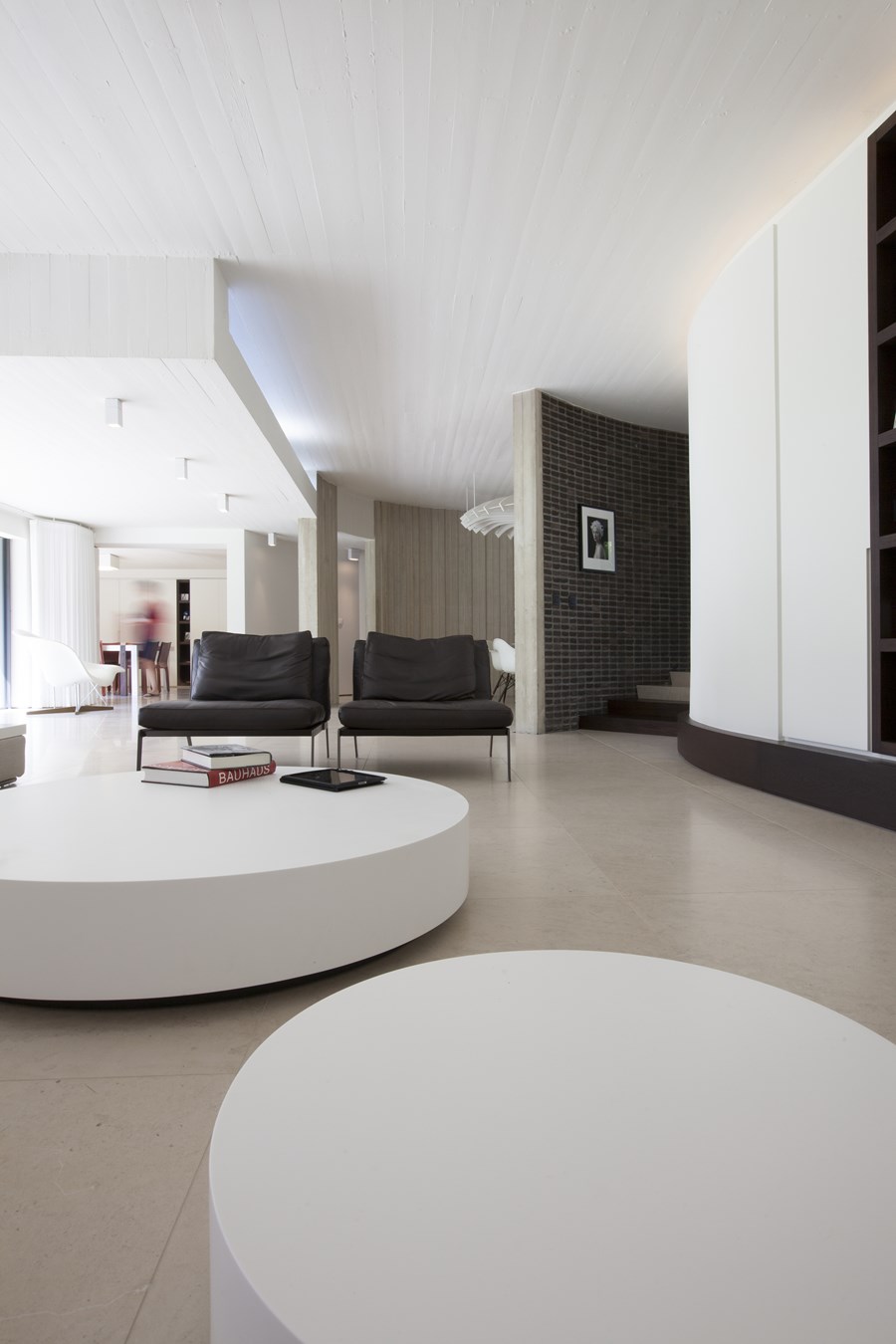 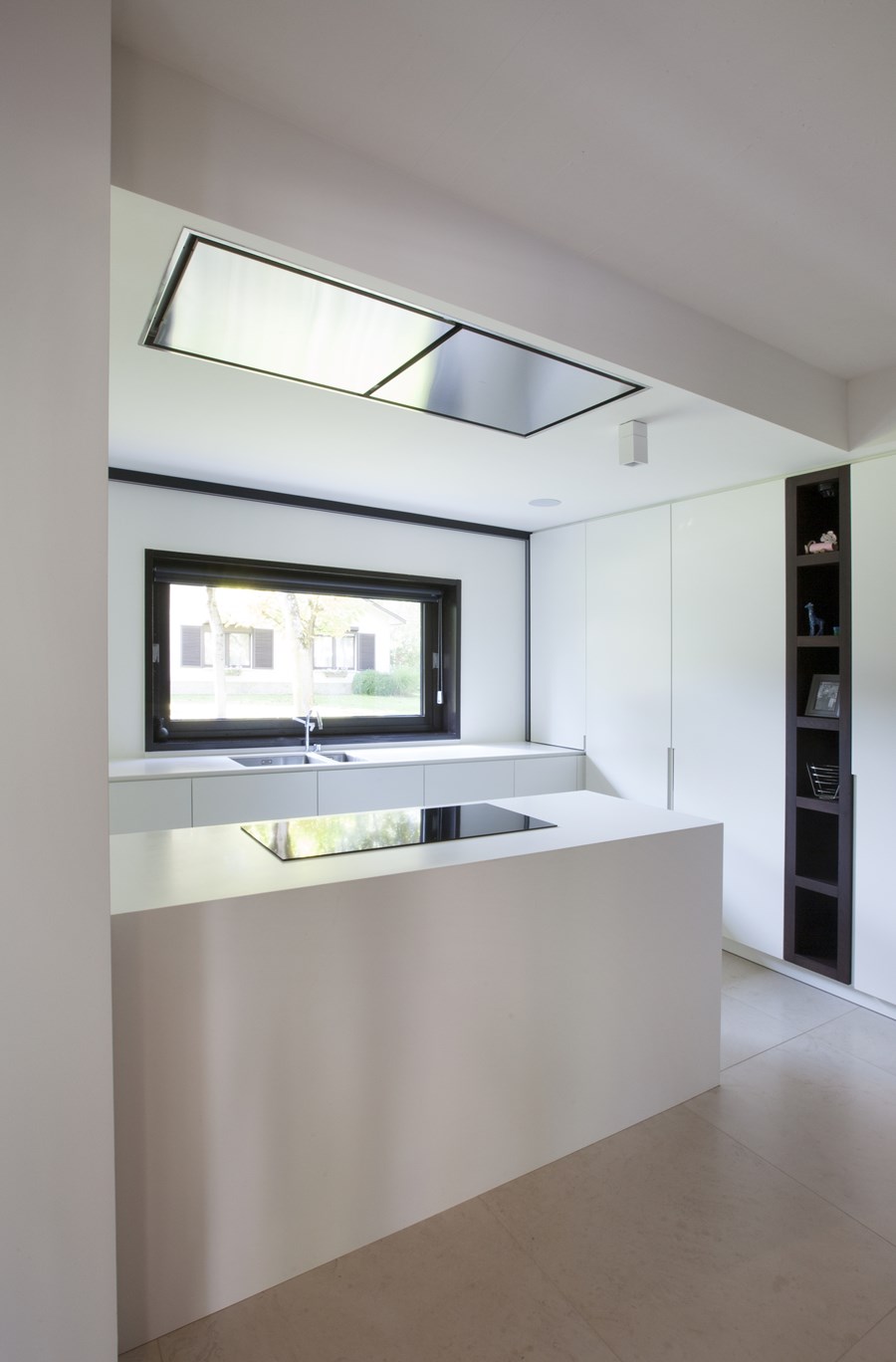 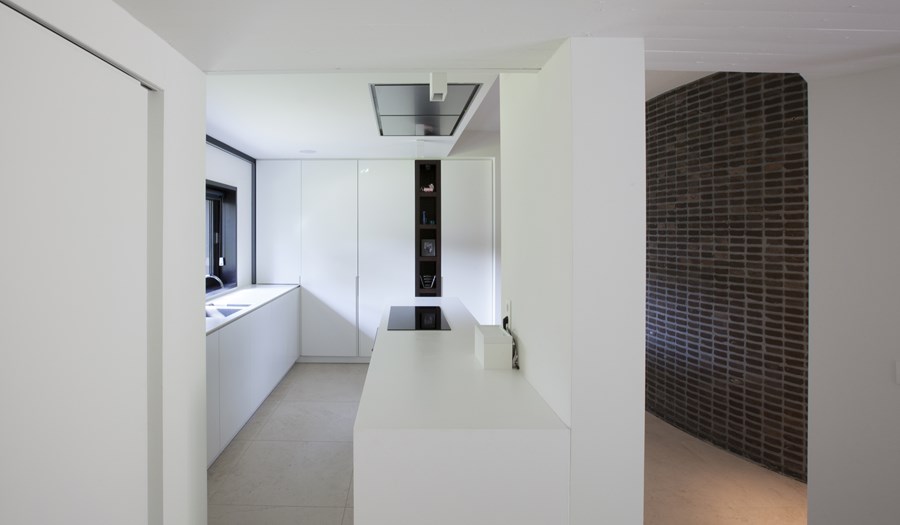 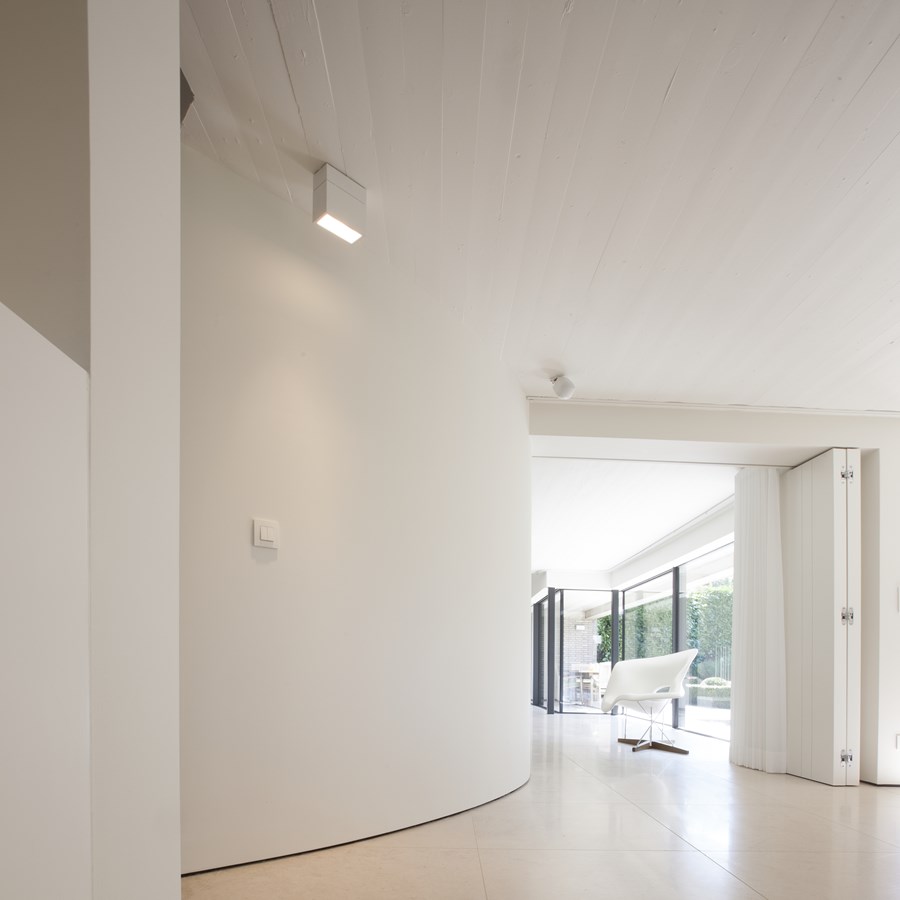 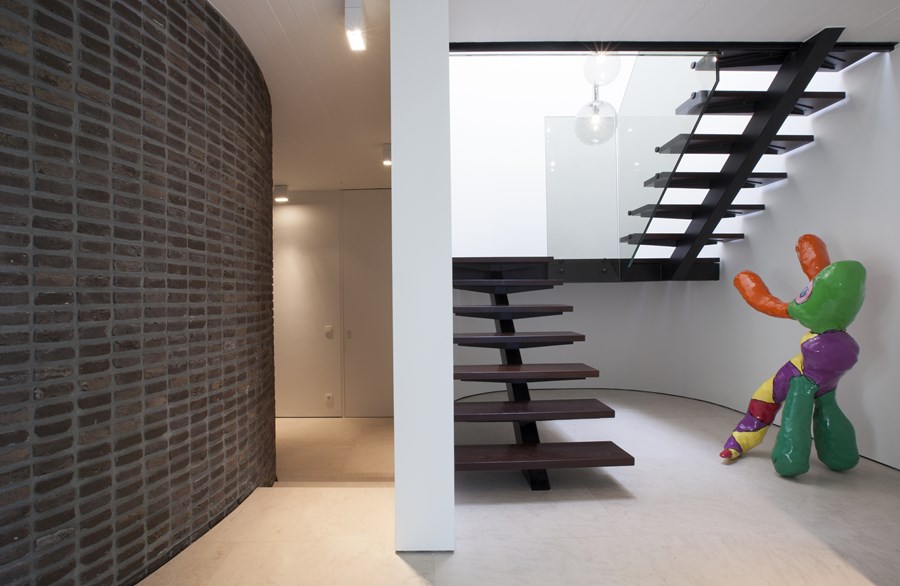 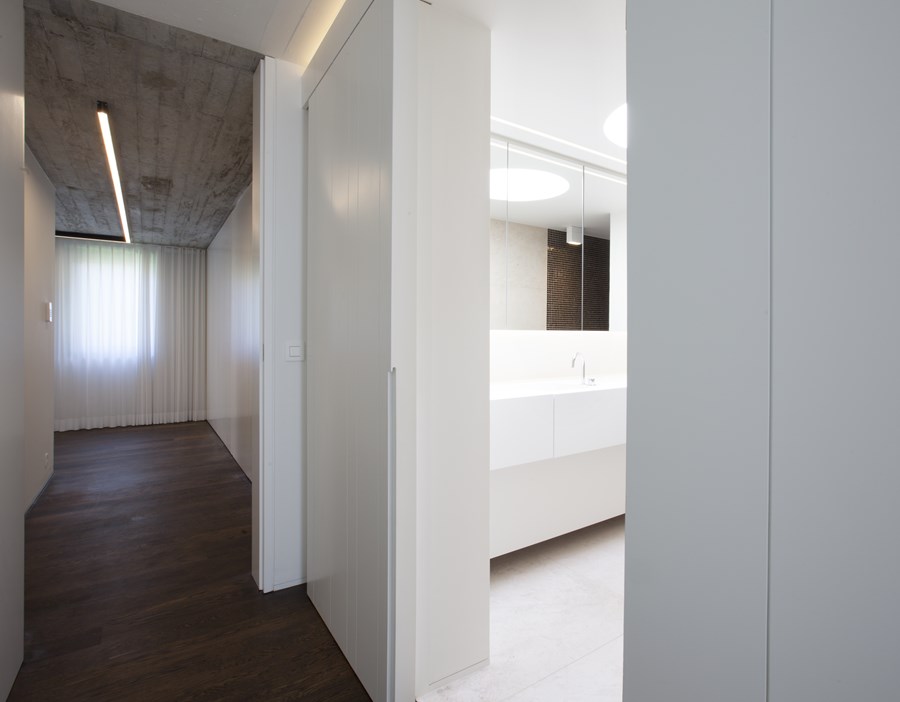 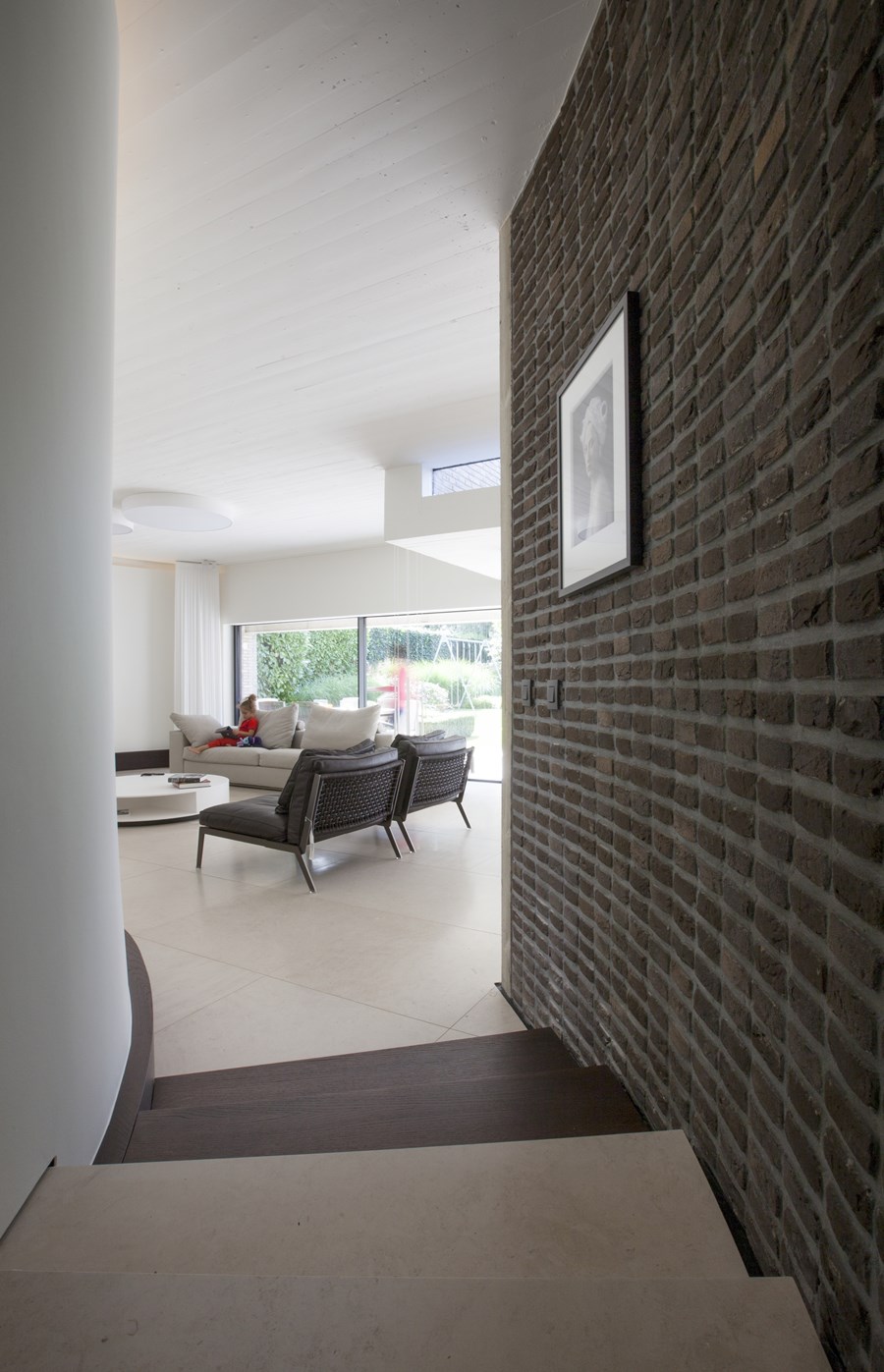 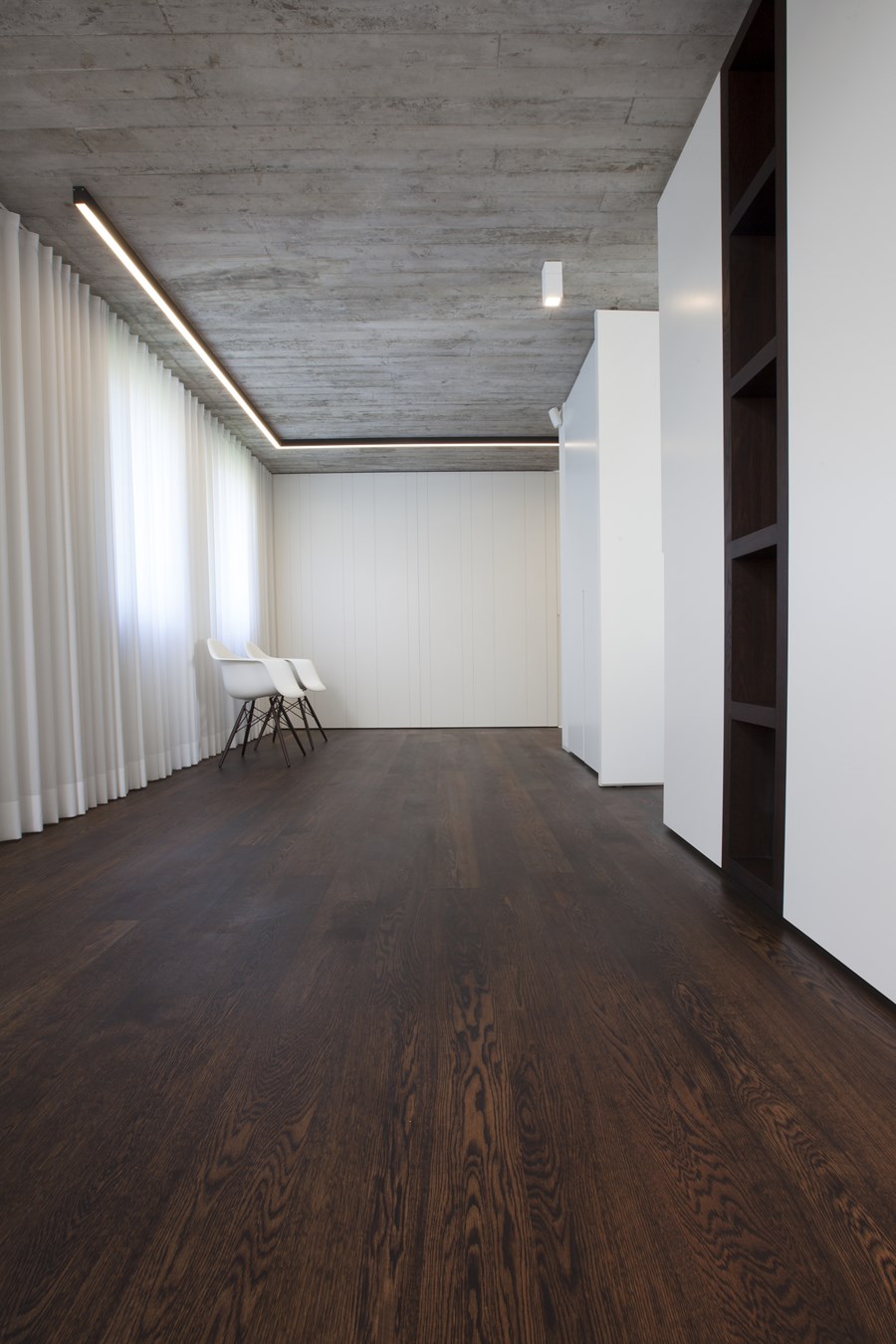 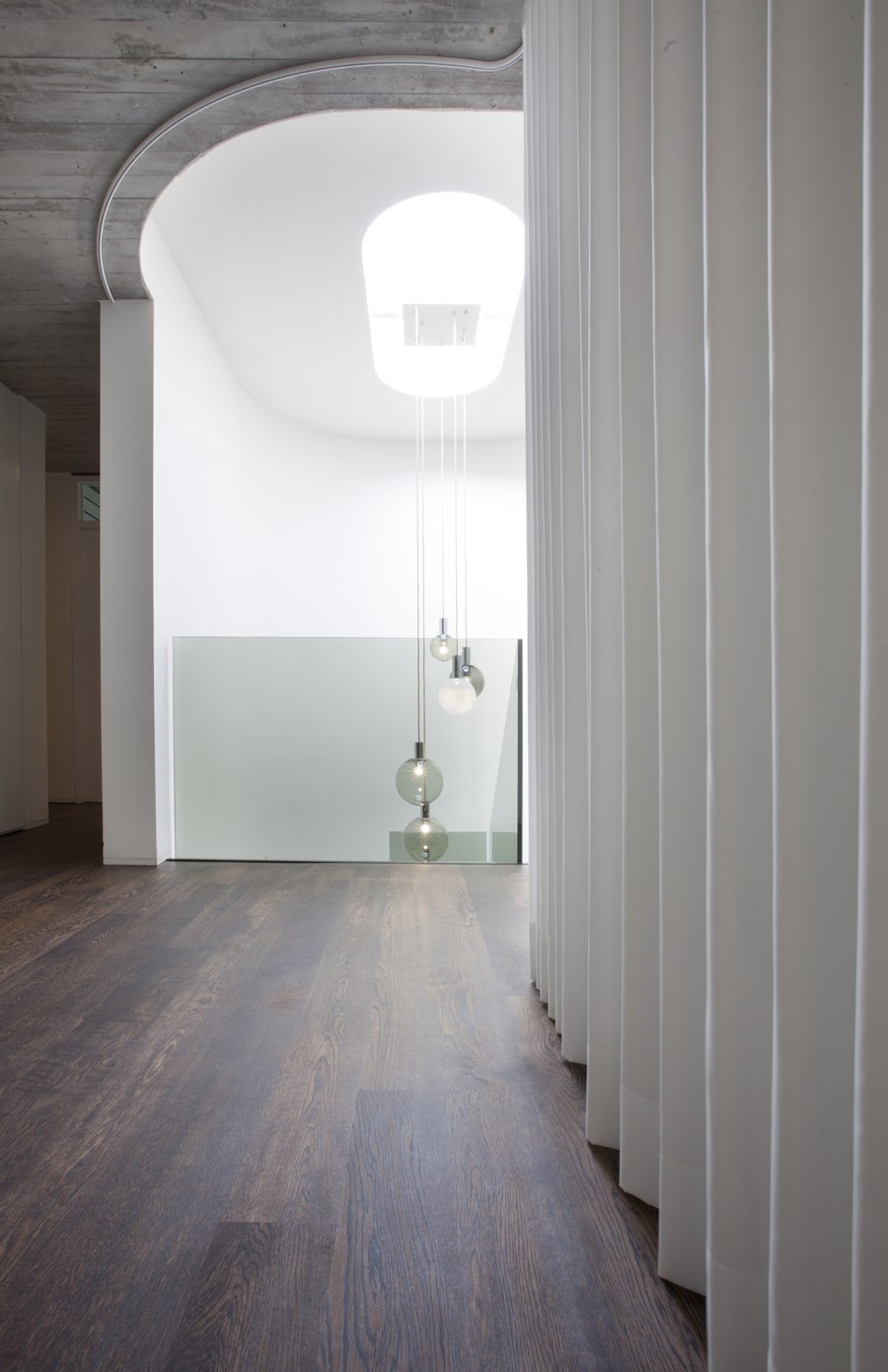 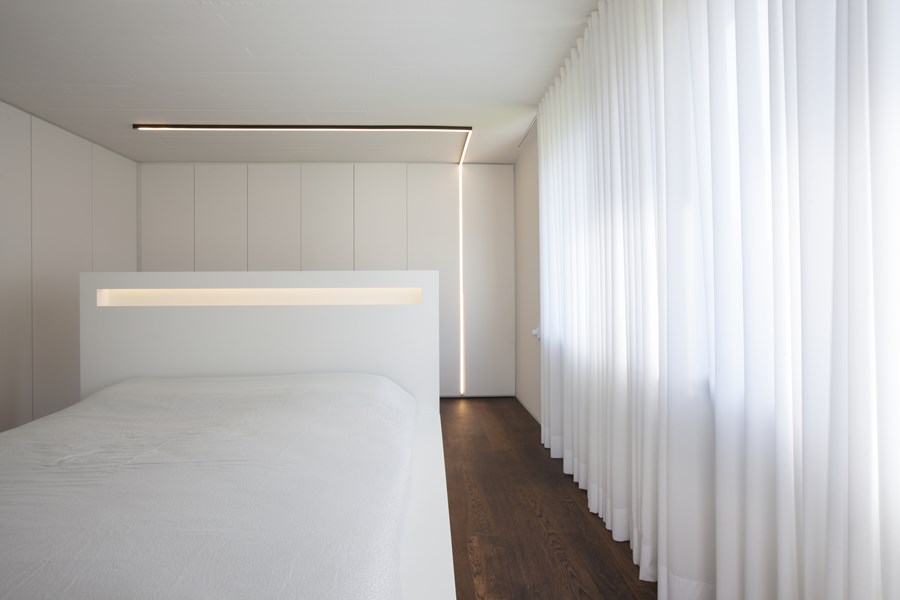 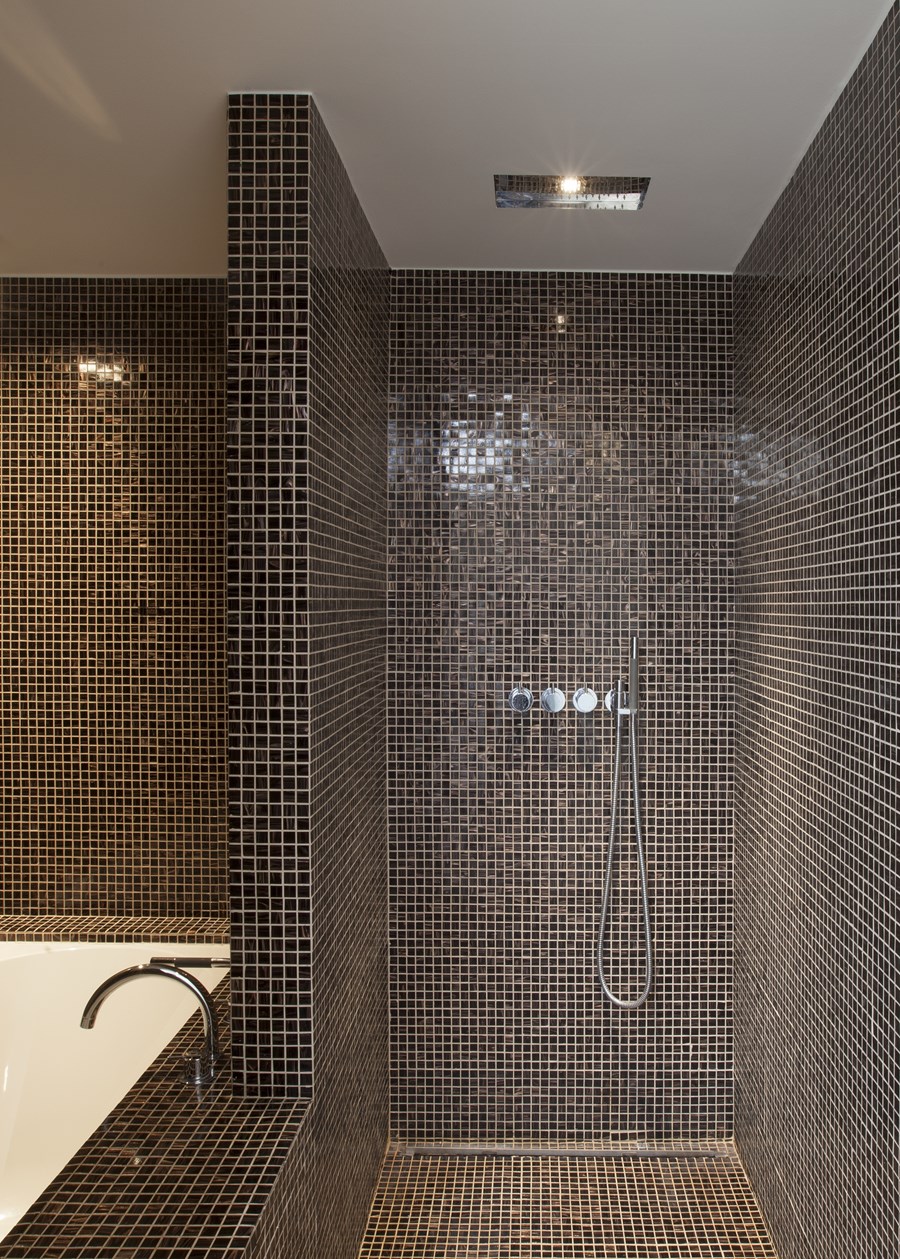 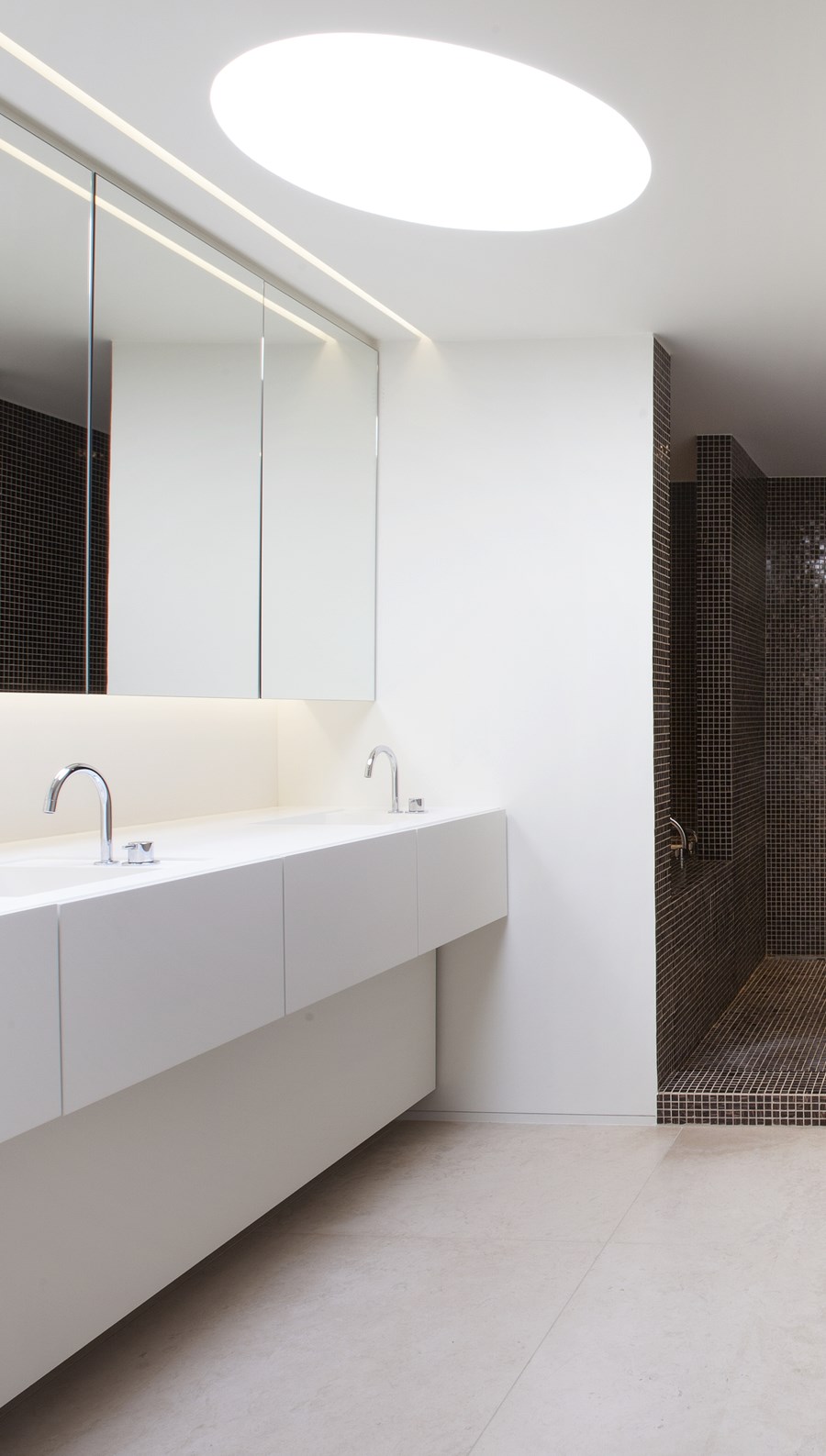 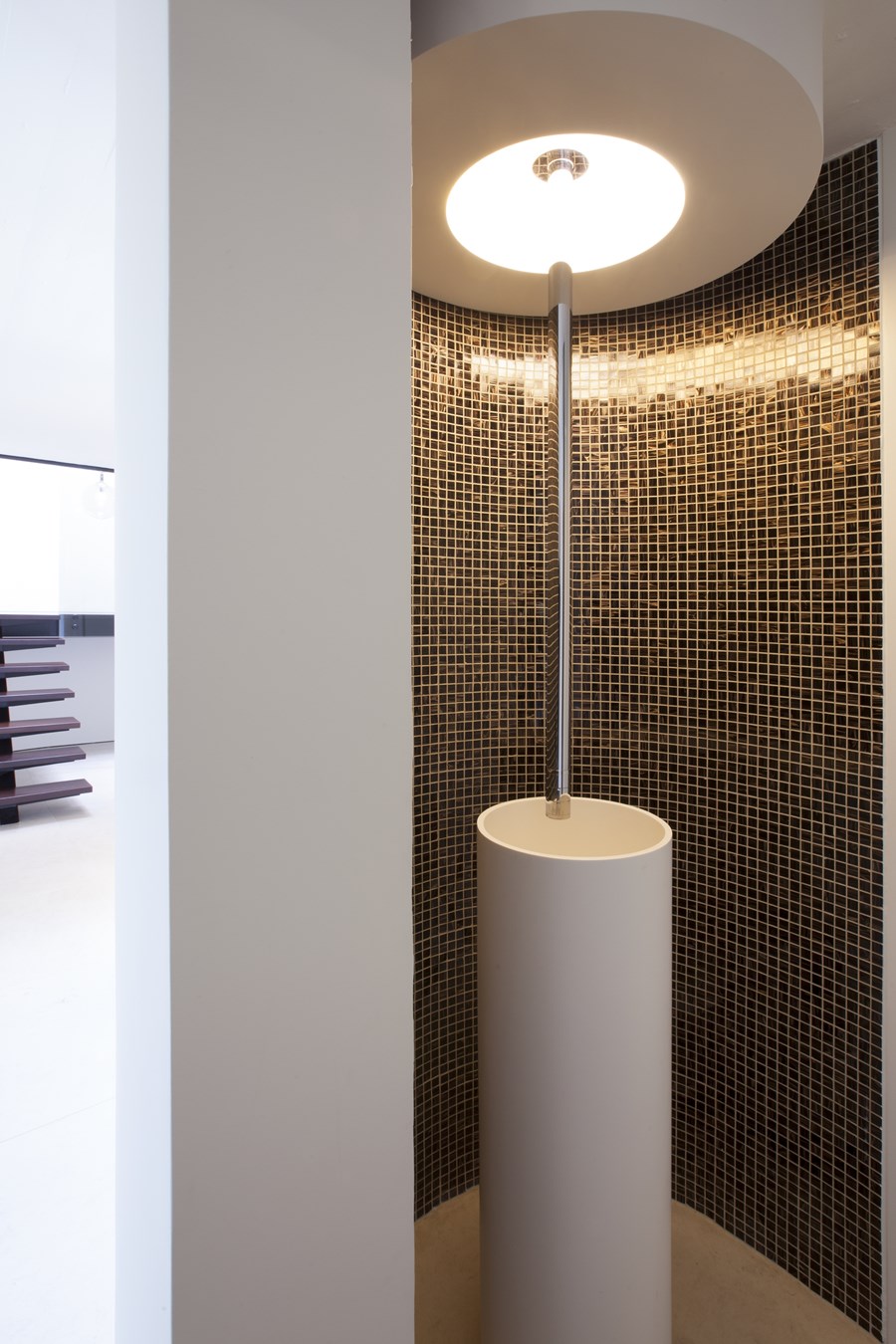 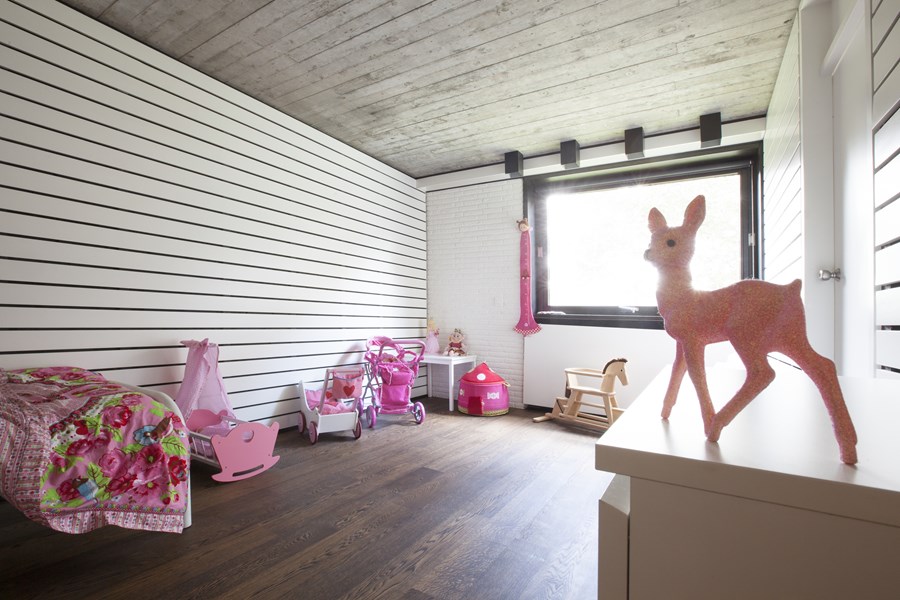 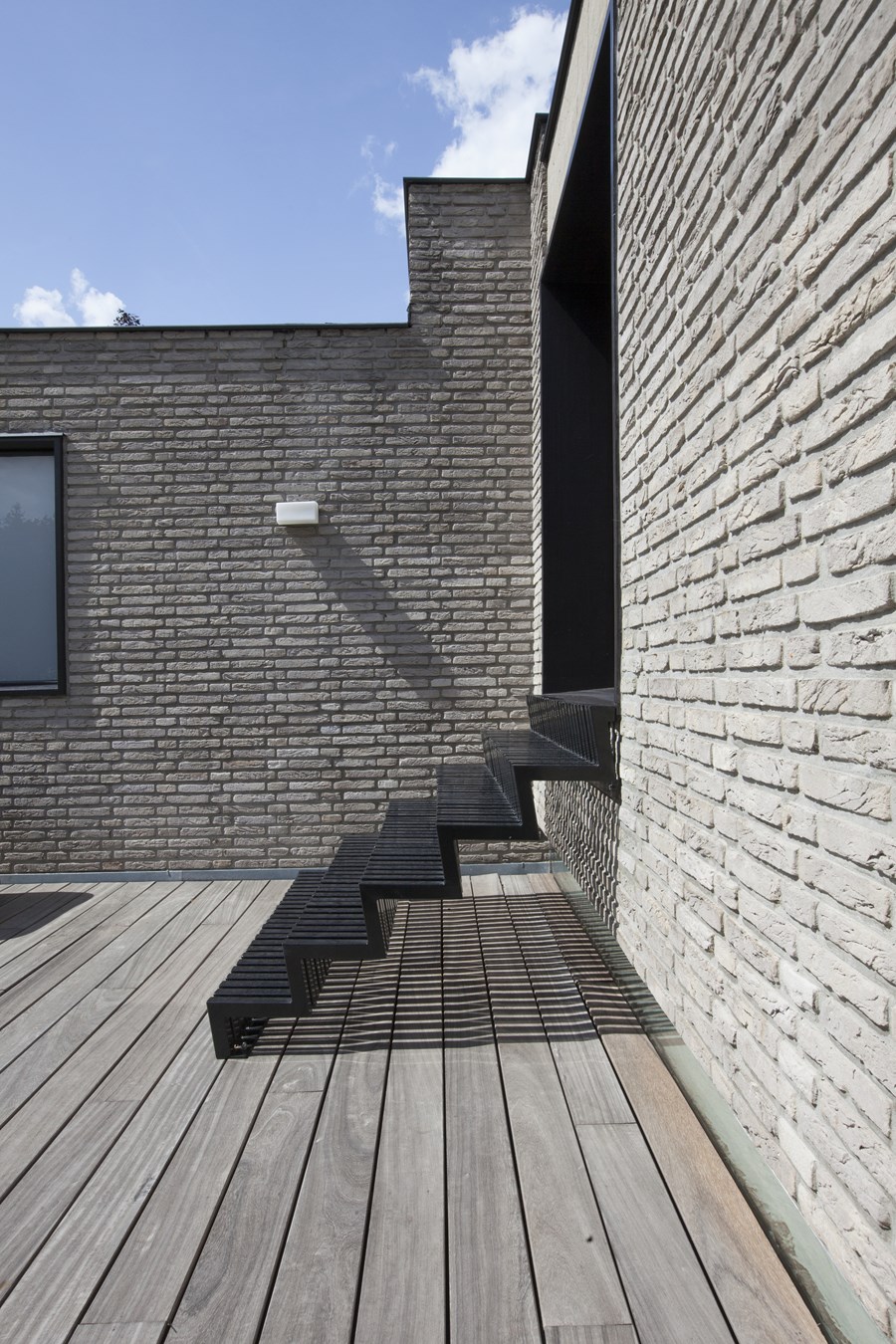 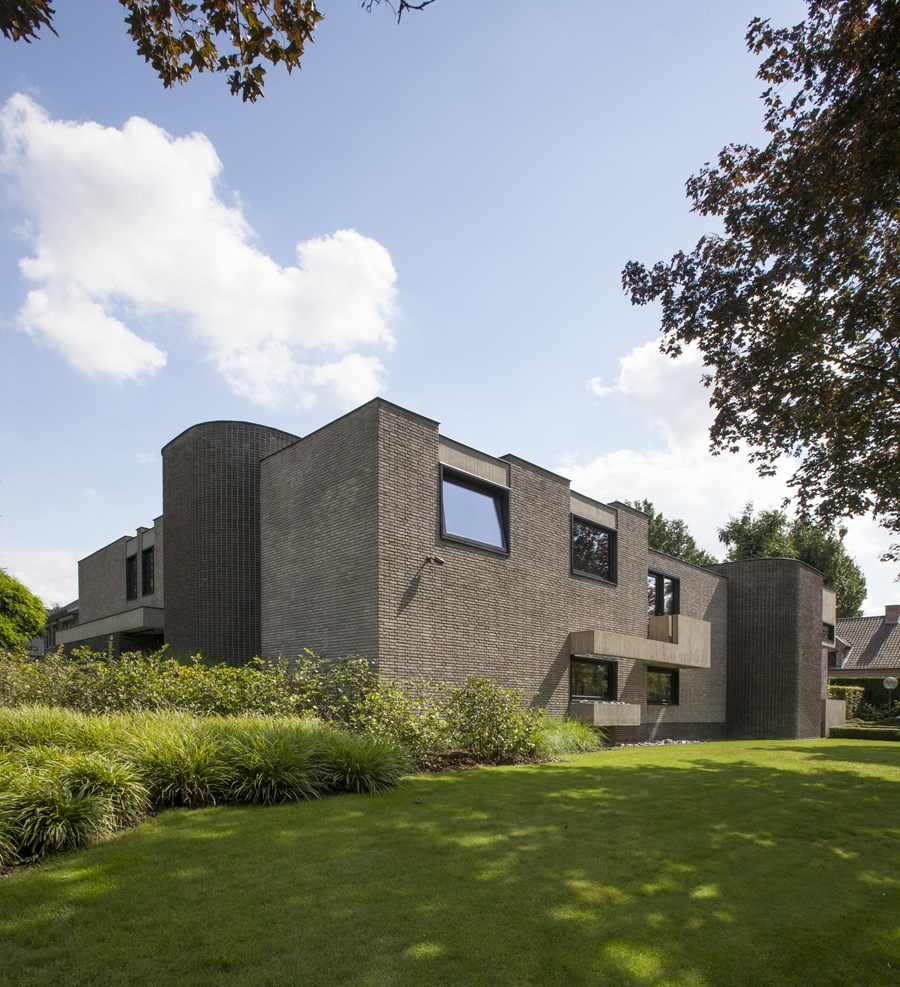 Architecture isn’t just about the architect, it’s also about the client. When architect and client come together in one person, renowned architect Albert Vanleysen, a fascinating story arises to which after 40 years of residence a sequel is being written. The house is located in a residential area near Hasselt and has charmed its new occupants with its specific seventies style. It contained the challenge to realise the wishes of the new owners without harming the house in the process.
The demand for light and sufficient storage space was realised with a minimum of structural procedures. At the side of the garden the house was opened by breaking open the back wall and providing a large window design with a minimum of profiles. Additionally another wall was removed between the living room and the dining room, so that the threshold between inside and outside was removed, as it were. With a minimum of procedures a major change was brought about.
Further the focus was on the interior, where the furniture is simple and austere, but tailored to the current owners. Everything was well-matched as well as developed and purified with the greatest attention to detail, in spirit of the house. The storage area that was explicitly requested was integrated in an appropriate manner; because of its materialisation it also contributes to the perception of the house: it creates an atmosphere of quiet in the room.
The lay-out of the house was mainly preserved, but the connections between the rooms were strengthened by removing the wall between living room and dining room and by reorganising the kitchen. The new office area in the scullery added to this strengthened bond as well. With sliding and folding walls the various areas can be partitioned off, if required, although they are already marked off individually by the differences in level. On the sleeping level a multifunctional space was centrally created and a shower with washbasin was linked to the guest room. A customary dressing wall was added to the master room by loosening the bed. The wall closet in the landing of the night area serves as a storage space for the children’s clothes and toys. The existing flight of stairs was preserved. Only the railing was remove and partially replaced by a much less heavy one, with a view to the openness of the house.
For the materialisation of the furniture white lacquer was chosen with touches in wenge coloured stained oak, an echo of the shade of the oak parquet. The floor on the ground floor was executed in Moleanos limestone. Composite materials were used in the bathroom and the kitchen because of its seamless finish. The overall concept continues in the detailing of coffee tables, dining room tables, door handle for the front door, a new glass orb for the existing light fittings in the stairwell.
The cocktail of opening spaces and working with white shades makes sure that the trumps of the house are recognised and expressed in the best possible manner. History and future meet once more.
Photography: © Philippe Van Gelooven