Evill House was designed by Studio Pacific Architecture and is located in Nelson, a city on the eastern shores of Tasman Bay, New Zealand. 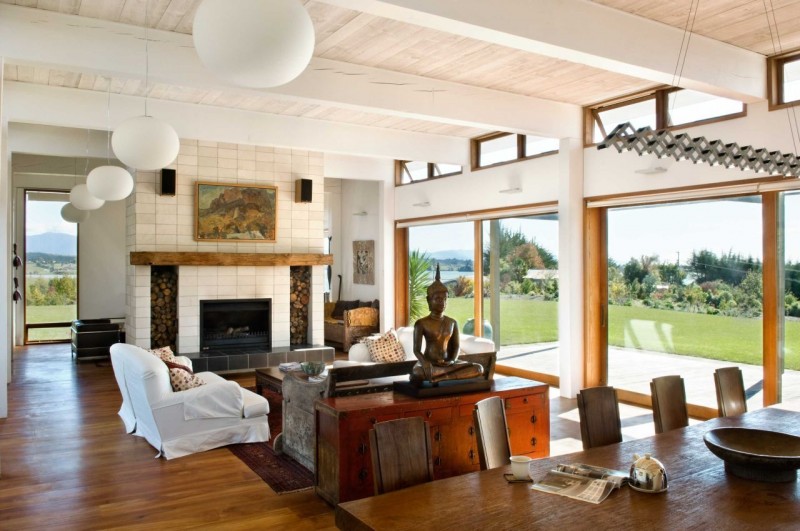 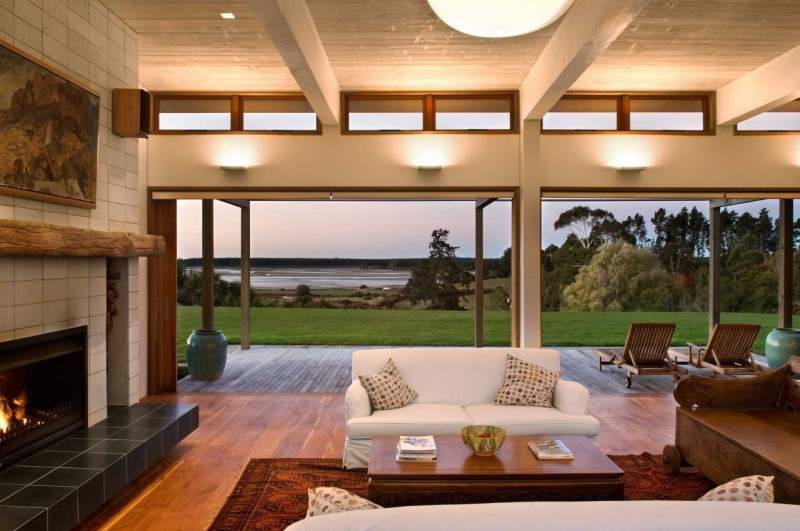 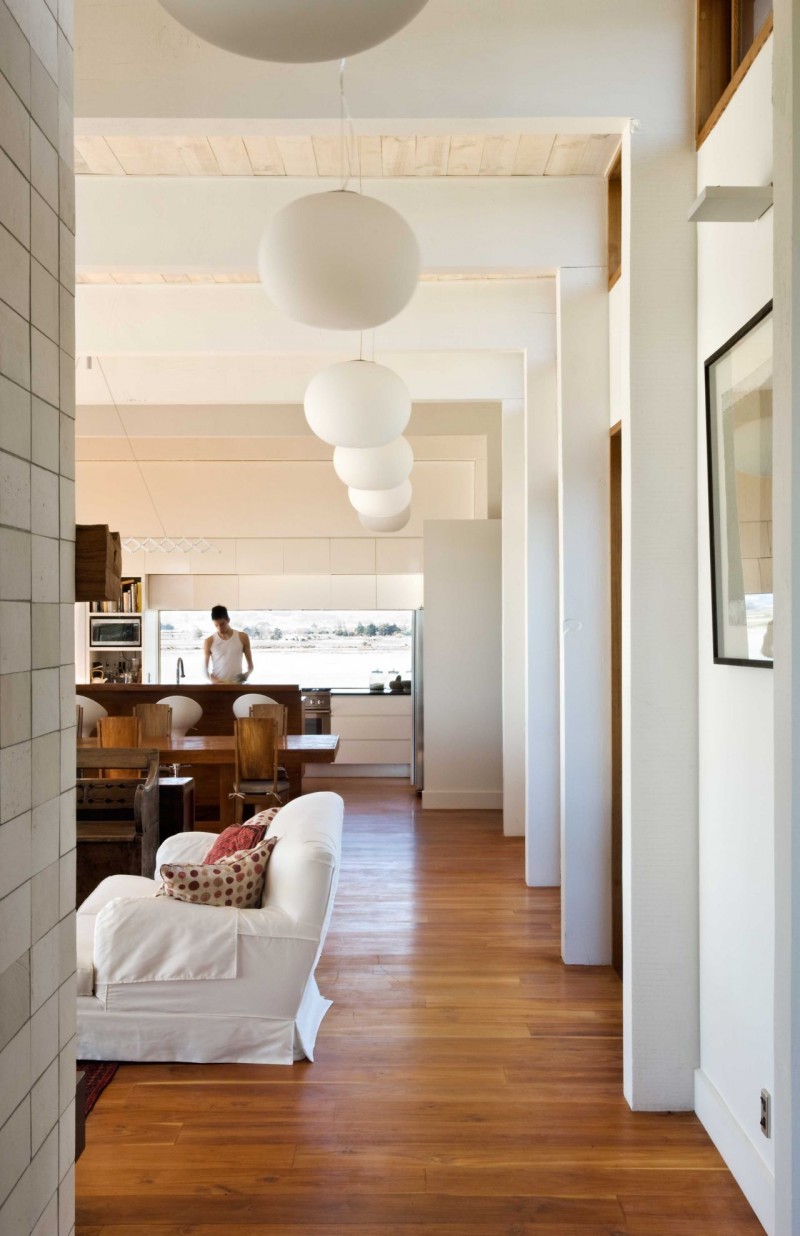 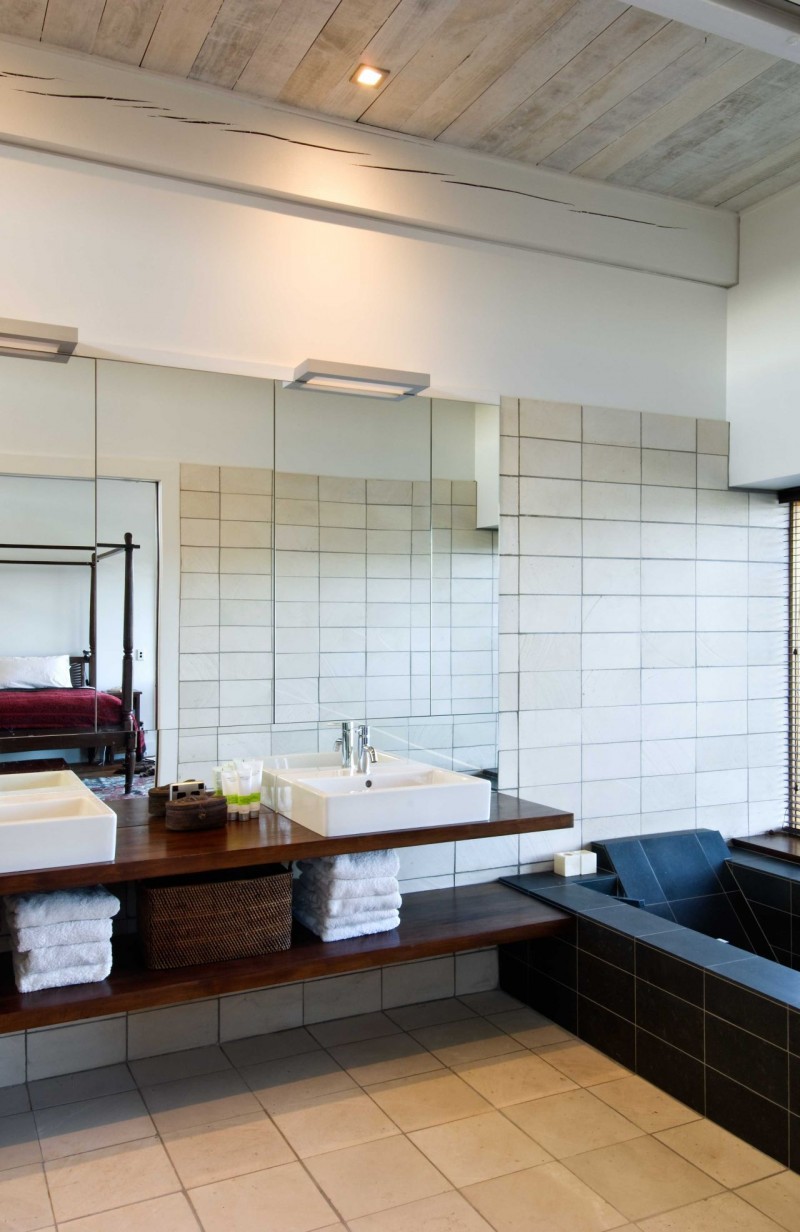 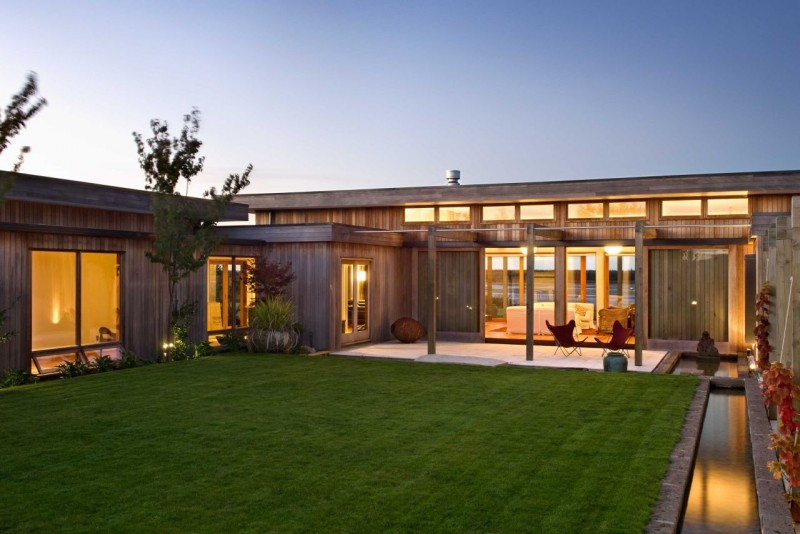 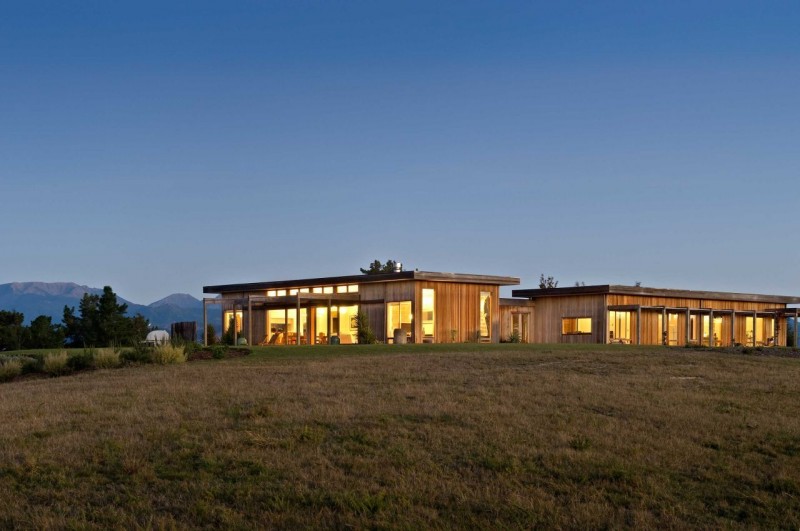 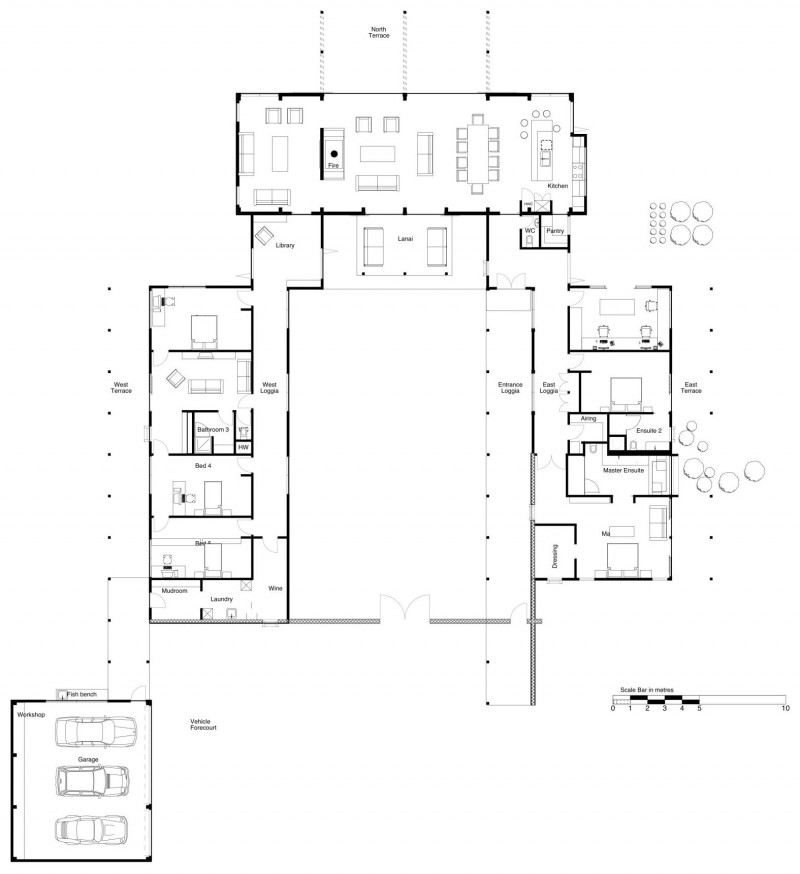 This house at Twisted Pine is set on four hectares of undulating land on a promontory near Mapua in the tidal waters of the Waimea Inlet.
The land was covered for many years in tall pine trees, which were cleared to open the site to the water and views. This pine timber was milled and forms the basis of the house itself, meaning that the house’s fabric is literally from the land upon which it sits. Making the most of their impressively large spans, the massive timber beams and columns crafted from these 80-year-old pines were arranged in three long, low wings around a central courtyard. All three wings are designed so that circulation is on the inner face, opening onto the courtyard, which is landscaped to include reflecting pools and ancient Balinese sculptures and is faced externally with Balinese lava stone. The external face of each wing reveals views out over the tidal estuary, a slowly changing landscape of silvery water that flows in at high tide and slowly ebbs away.
The central wing contains living and kitchen and dining spaces with whitewashed timber ceilings, teak floorboards over a heated slab and wide opening doors to either side. The two remaining wings cater for sleeping and working: the eastern wing contains the main bedroom, guest bedroom and large study, while the western wing contains bedrooms and a separate living area for the children. The wings are linked via glazed connectors. Acquired during years of living in Asia, the client’s extensive collection of oriental artefacts is incorporated throughout the house, which is finished in a restrained palette of soft whites and greys to form a backdrop for these ornate treasures.
A key driver of the design was the need to create a house airy enough to avoid the baking summer heat of Nelson and yet well insulated from the icy winter blasts. High-level clerestory windows allow summer ventilation across each wing, and in winter a large central fireplace anchors the living room and creates a cosy retreat from the weather.
Photos by: Paul McCredie