In Russia (Ural), Perm – a new cafe called K16 Café was opened. The interior was executed by studio ALLARTSDESIGN led by designer Artemy Saranin. The facility is located on the ground floor and covers an area of only 115 ft2. 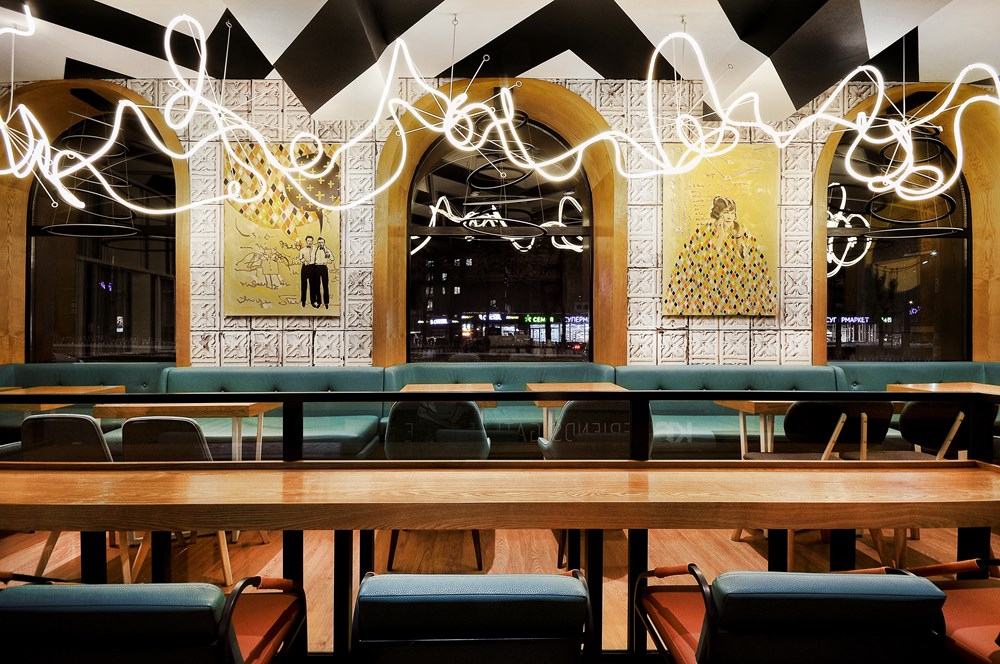 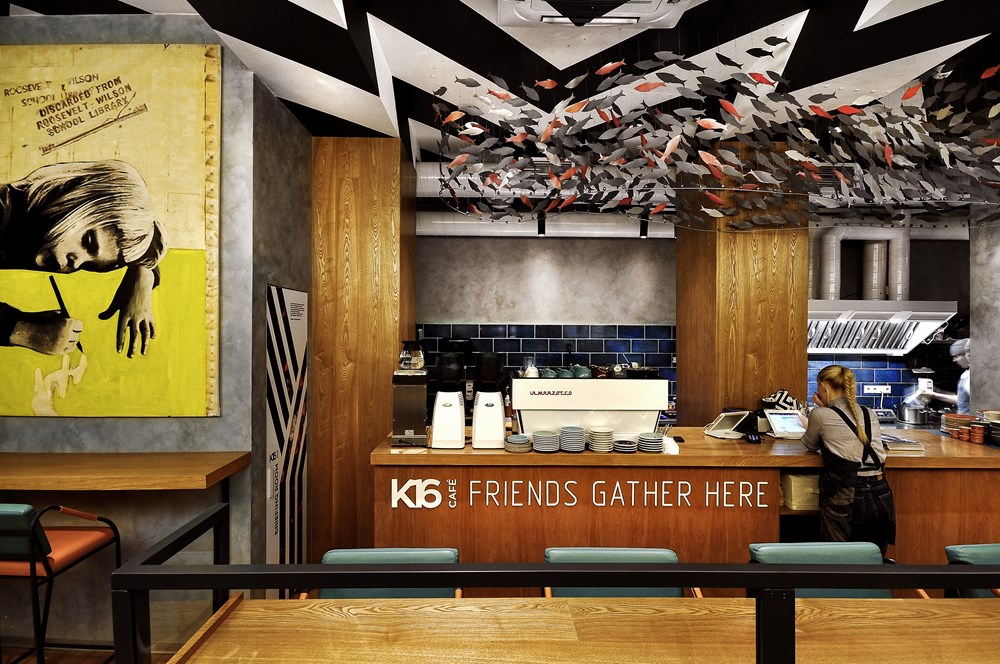 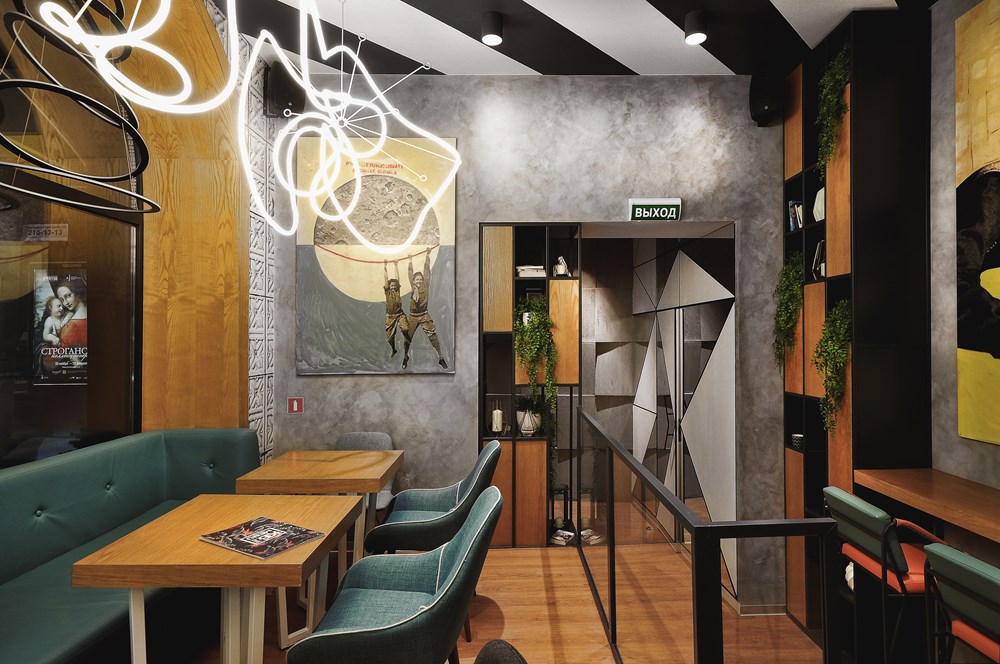 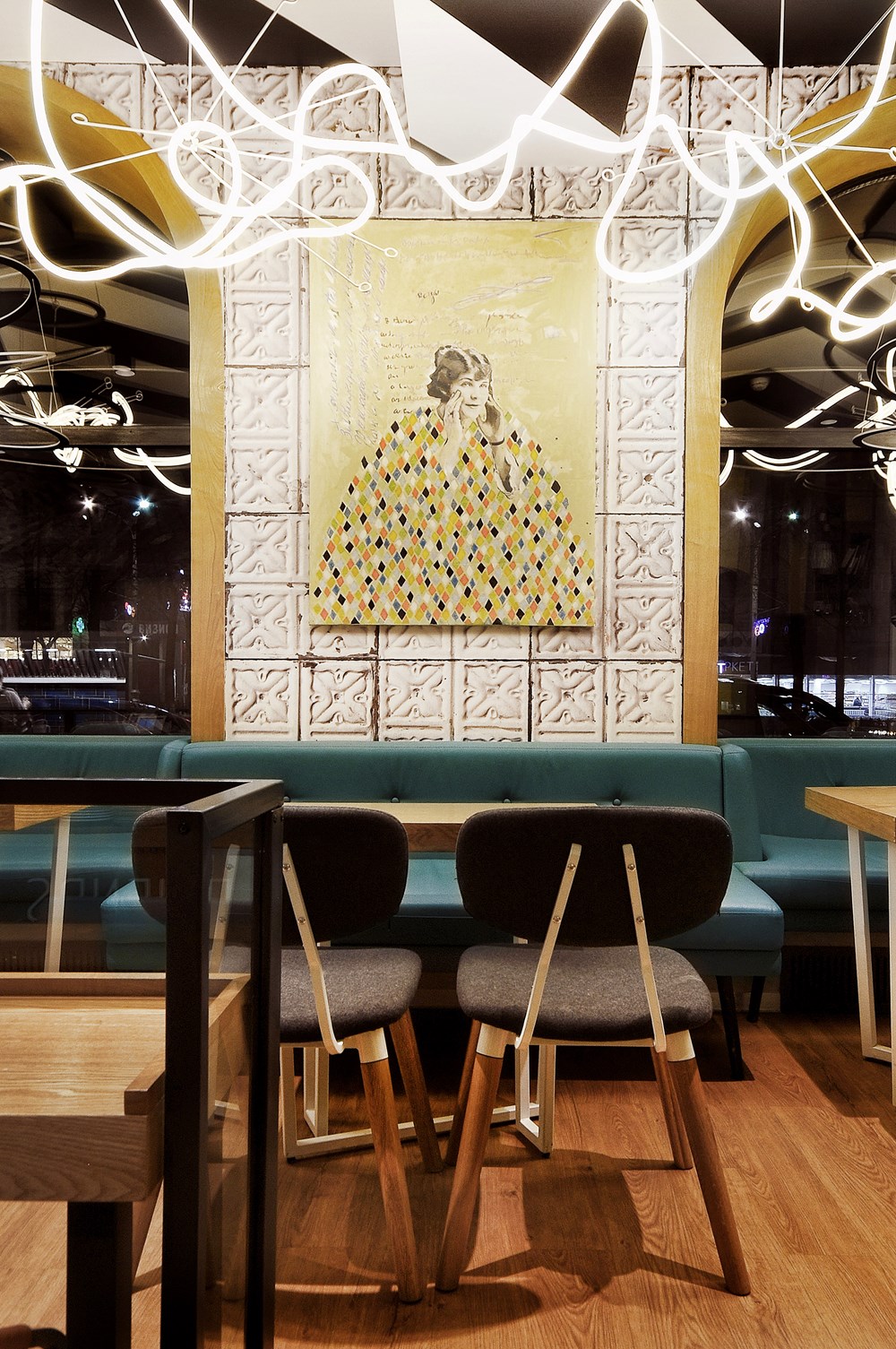 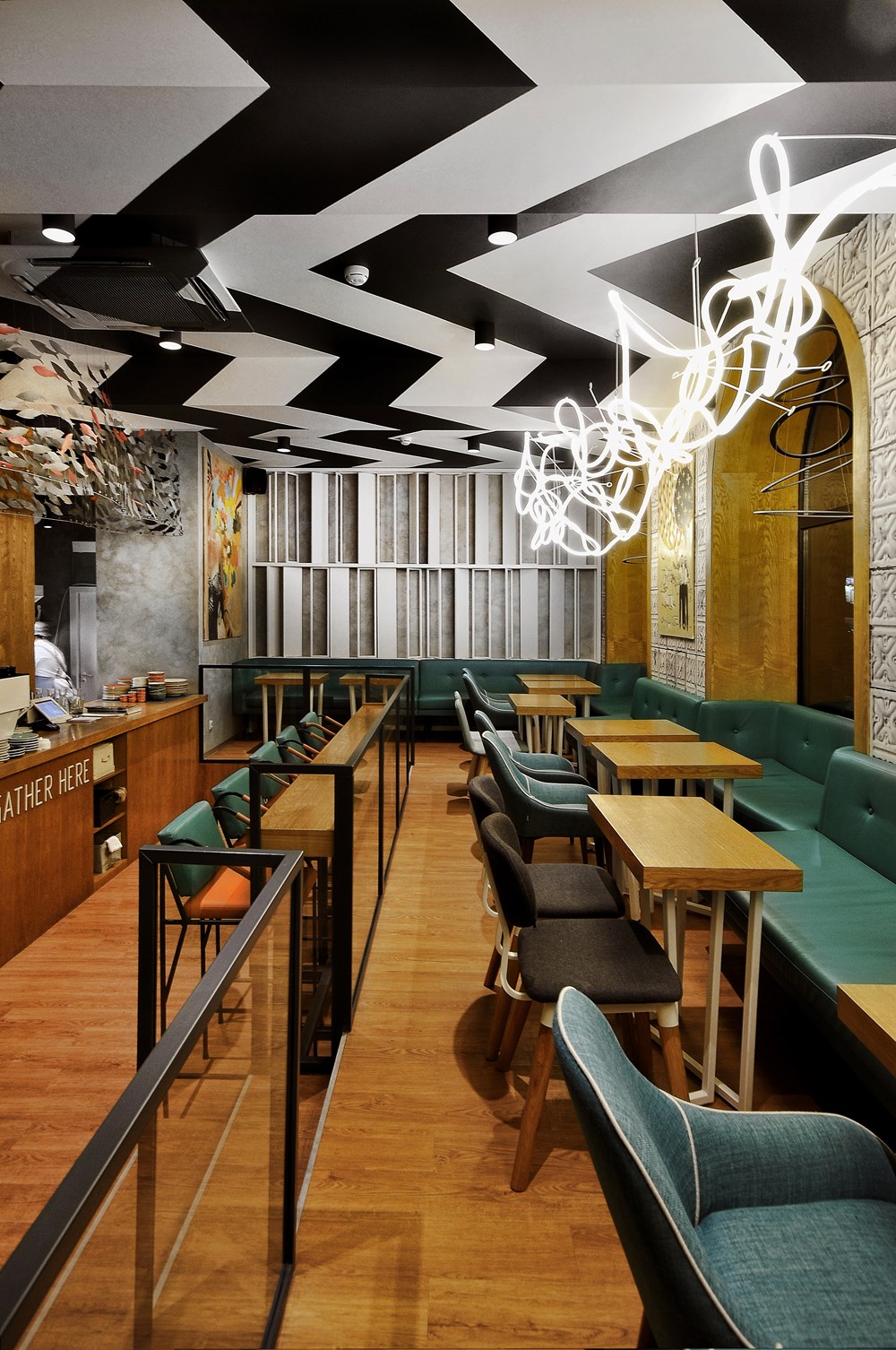 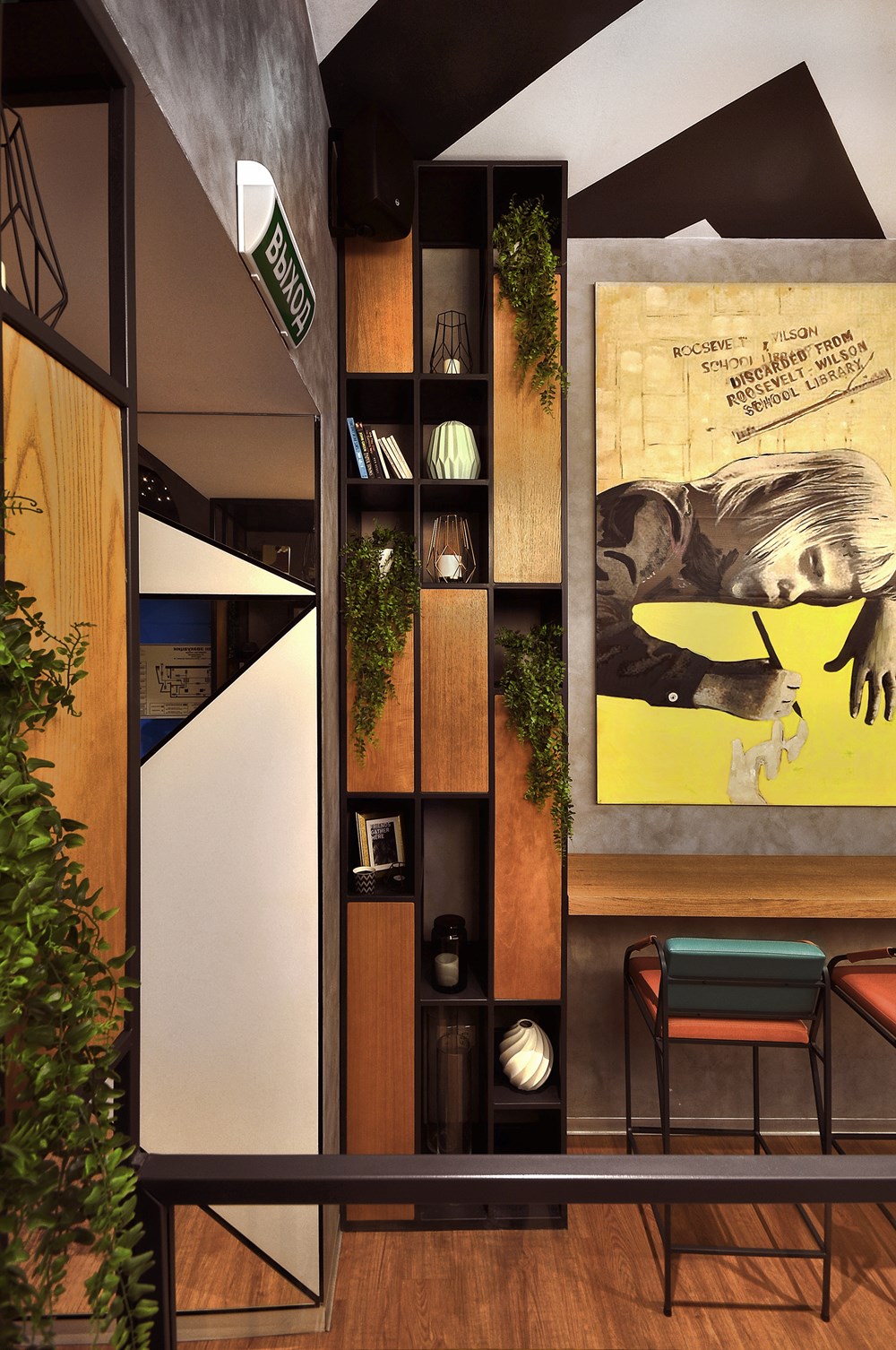 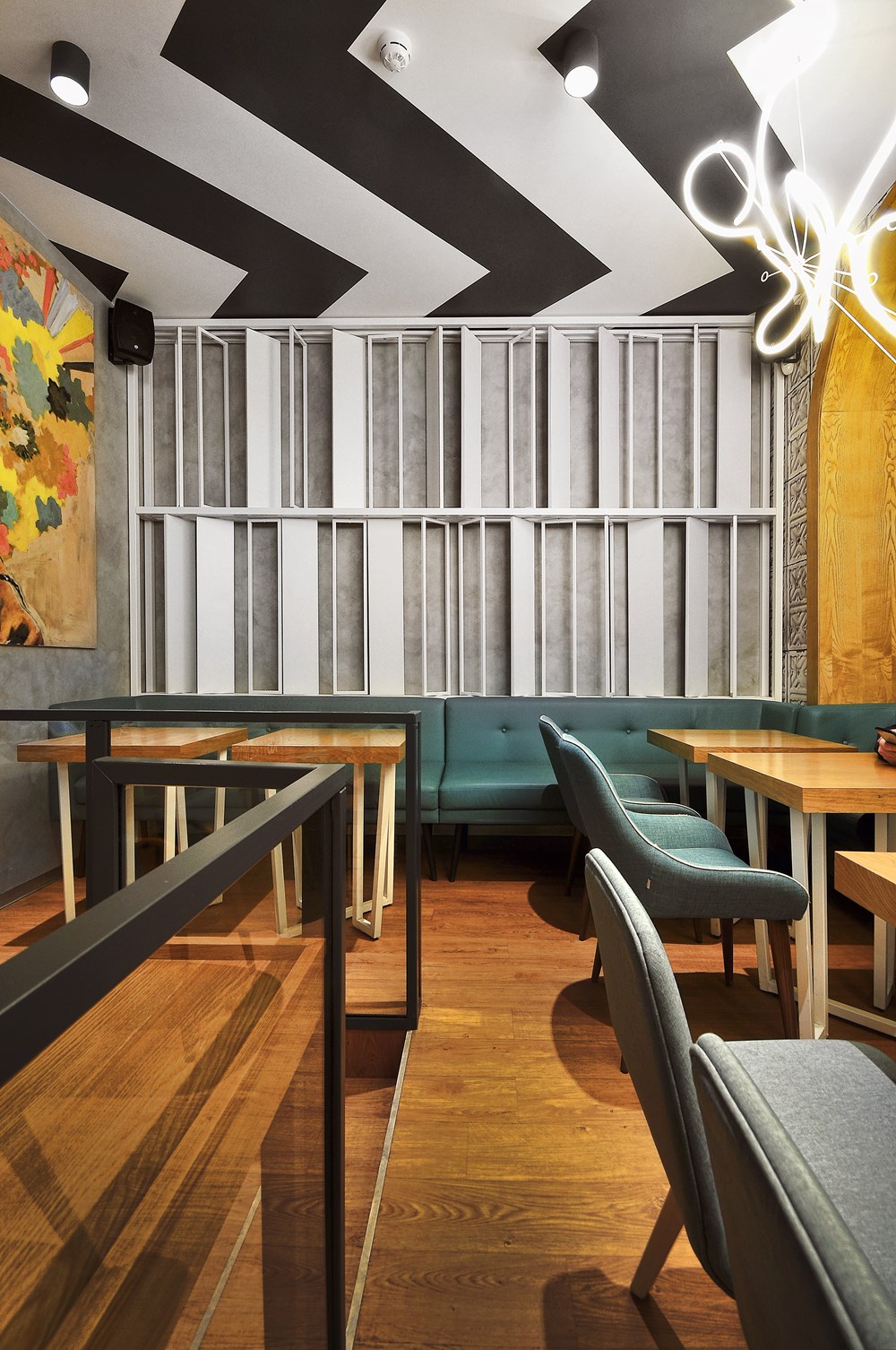 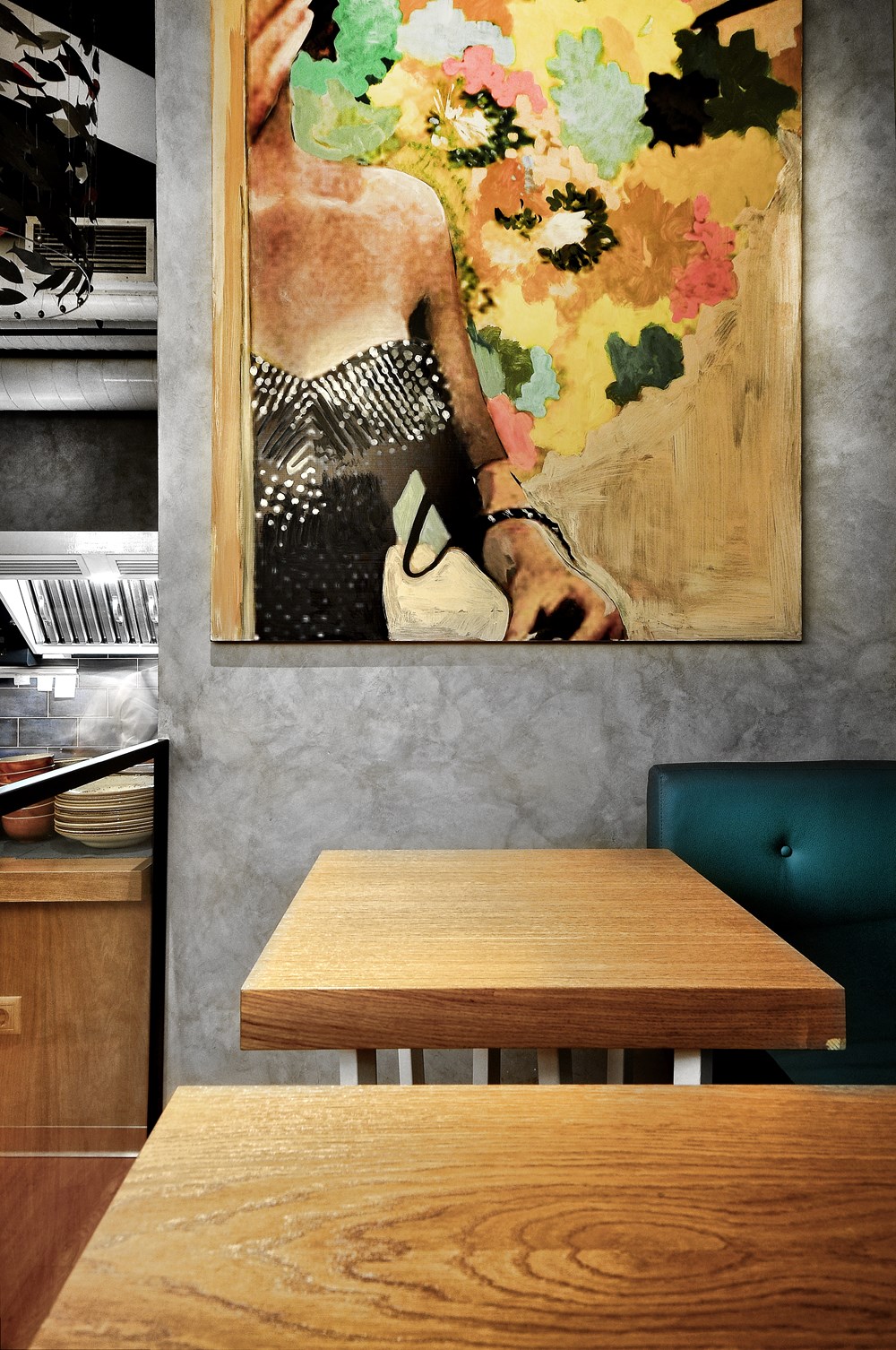 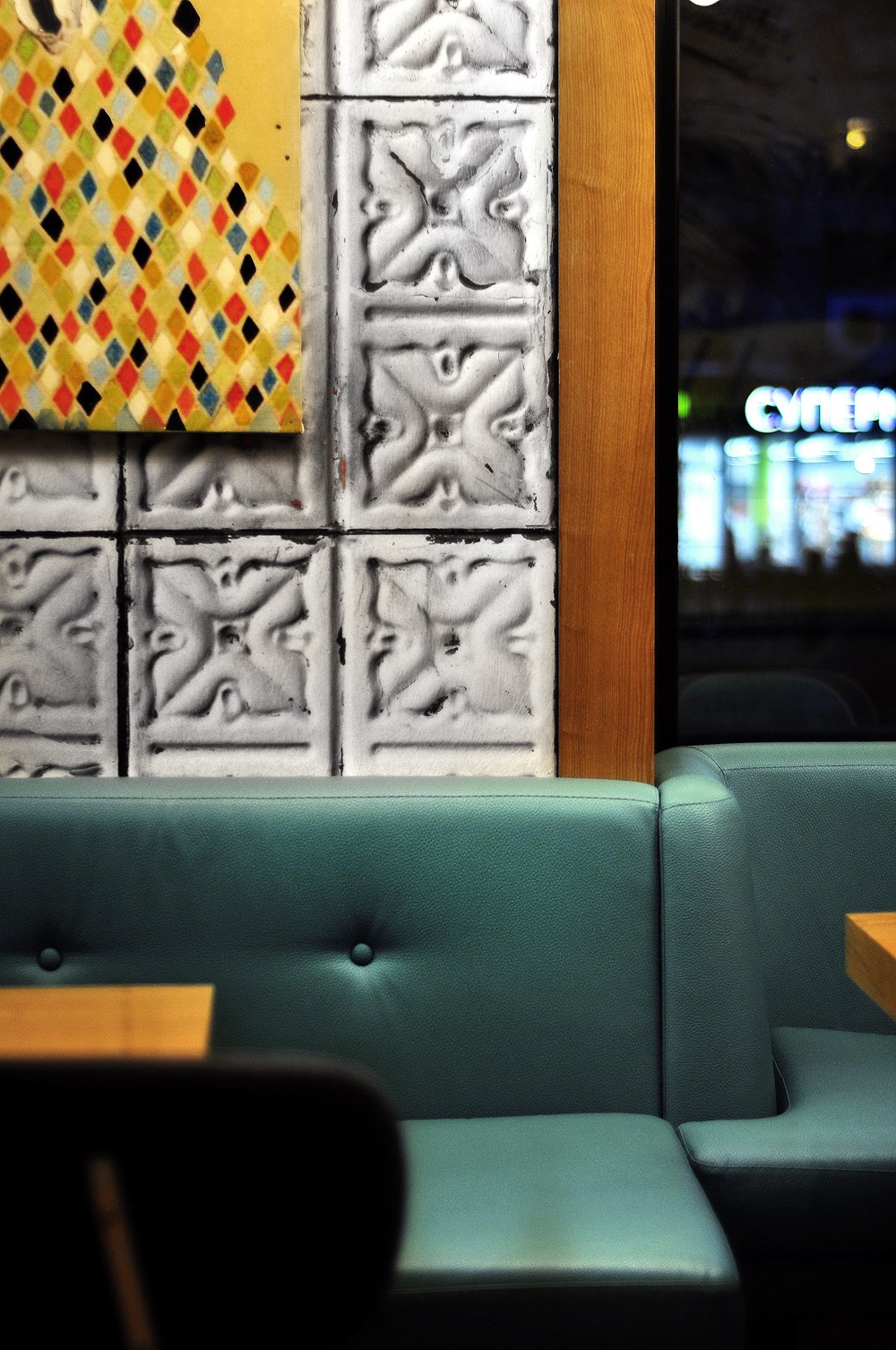 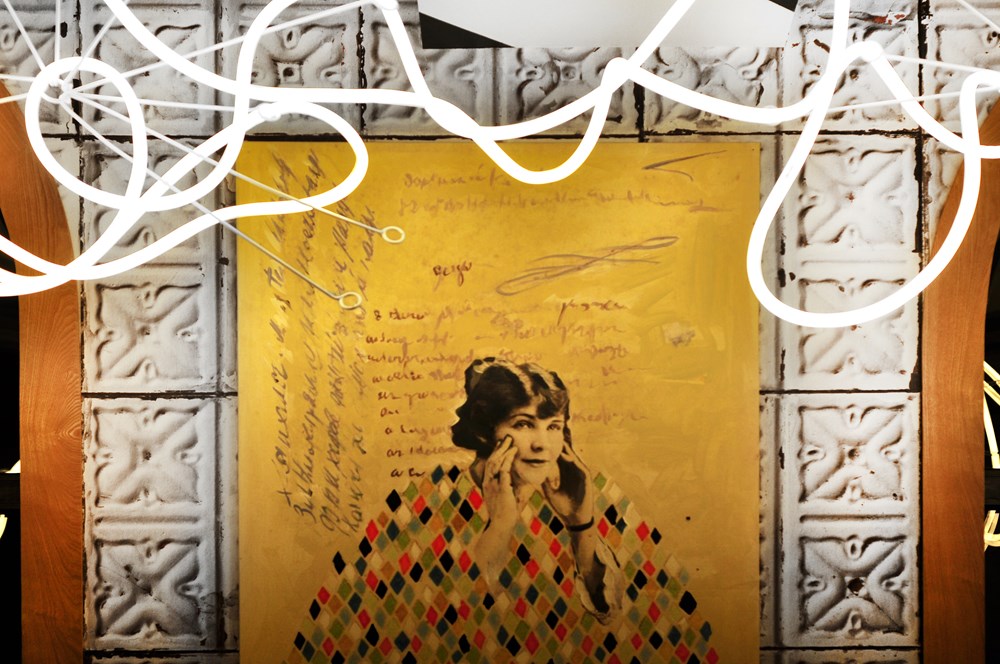 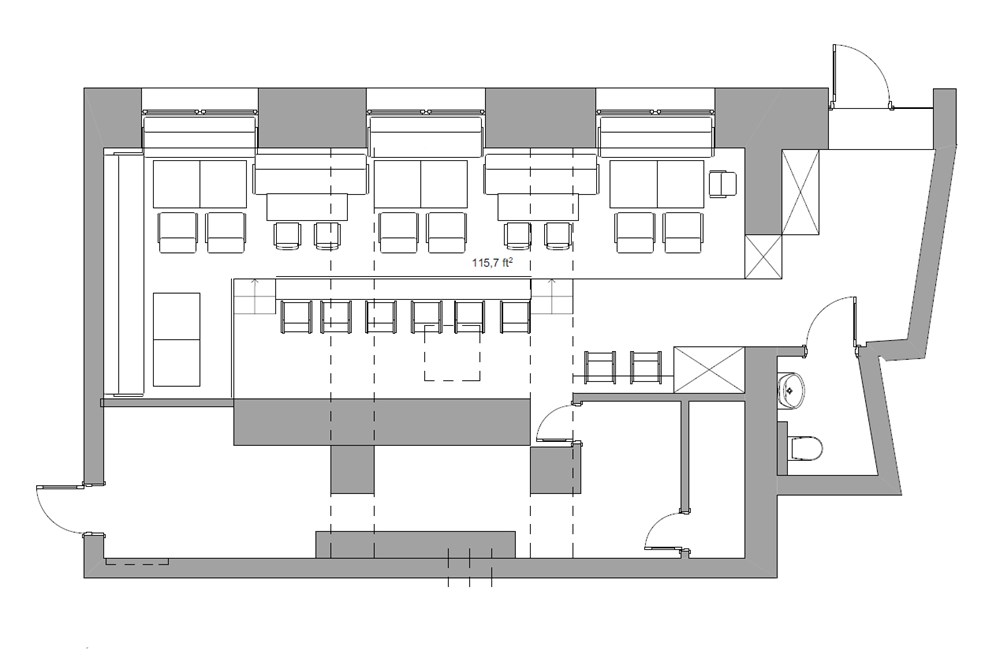 In such a small room, it was possible to place a hall and kitchen and utility rooms. Earlier in this room was a clothing store. The task was to create a new institution for the residents of the city, with an interesting interior, in which early in the morning you can order Oatmeal, granola, muesli and cheese cakes with homemade caramel. There are also a lot of dietary dishes like steamed cutlets or fruit salads, but there are also full dishes such as steaks from chopped beef with poached eggs. Homemade pasta and original desserts perfectly complement the K16 Café concept.
The cafe itself is an elongated rectangle with arched stained-glass windows. The ceiling has beams, which were successfully masked by a Z-shaped pattern – this became the original decision, from which the establishment is recognized from every frame. Having a small area – Artemy suggested breaking up on the catwalks, and set the perimeter longsofa, increasing the number of planting. In the interior there is also a high landing, which is completely engaged guests. The main colors were the opposite orange and the color of the oceanic depth, supported by articles of high polarity of caruncles and red snapper, as a message of a favorite phishing. Separately, you can select a chandelier – it is made of a bright tangled cord, in fact, she just dreamed of a designer and he decided to implement it just like he saw it in a dream. For all this was an experiment. Original ornaments of surfaces and textures create an intact interior of the new K16 Café
The institution is open from 8am to 12am. The slogan of the cafe – Friends Gather Here, is a new fashionable attraction in the city. Having opened recently, the K16 Café quickly became such a favorite place. Come to visit!