YCL Studio has used tiled wall to divide an apartment in Vilnius into two zones, each with its own distinctive atmosphere. Photo Credits: Leonas Garbačauskas / AGROB BUCHTAL 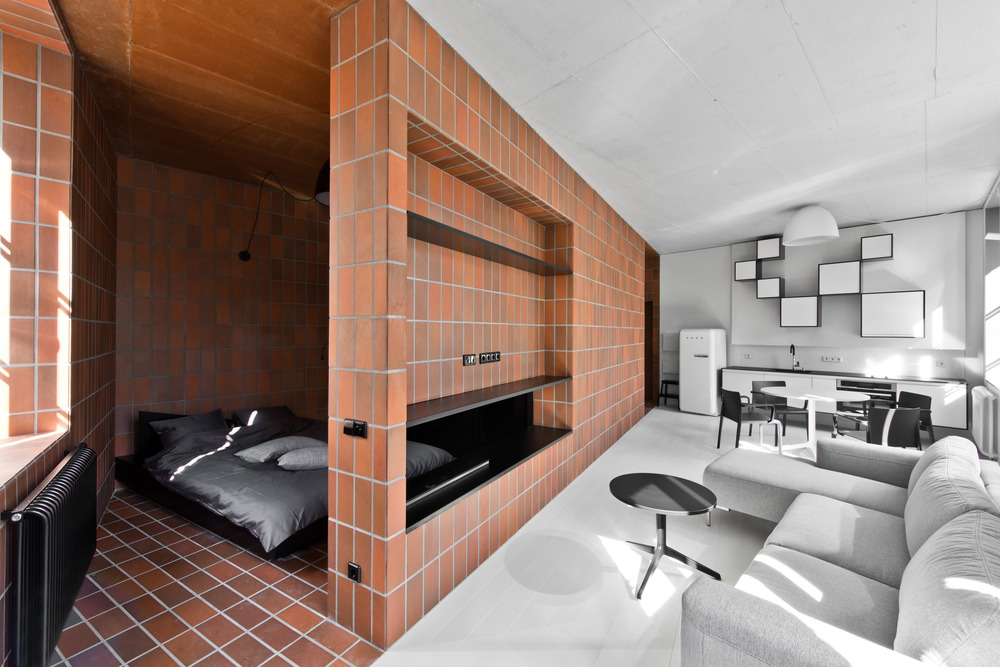 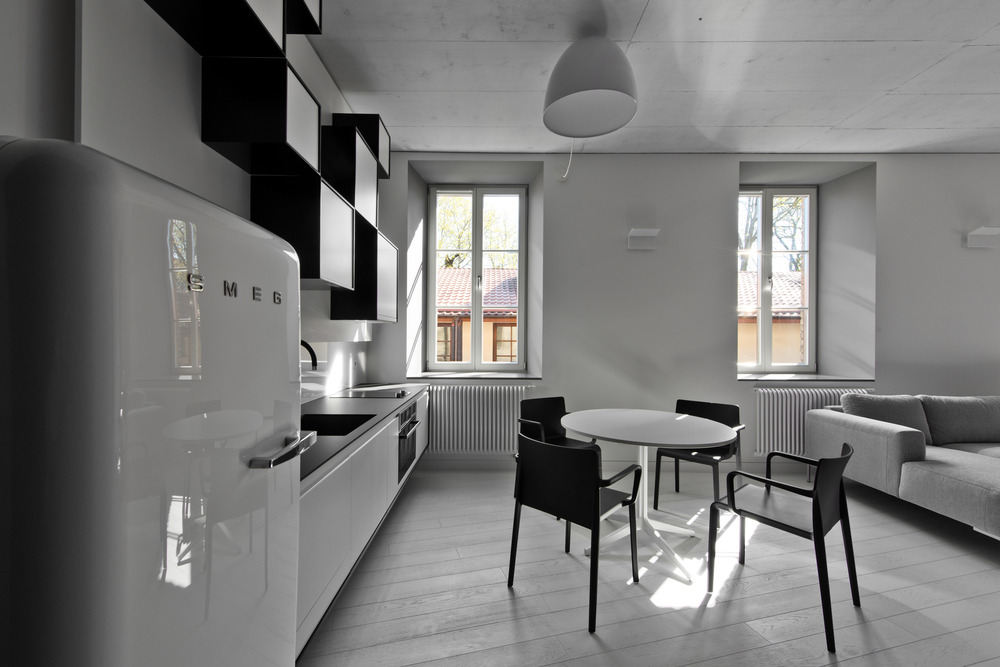 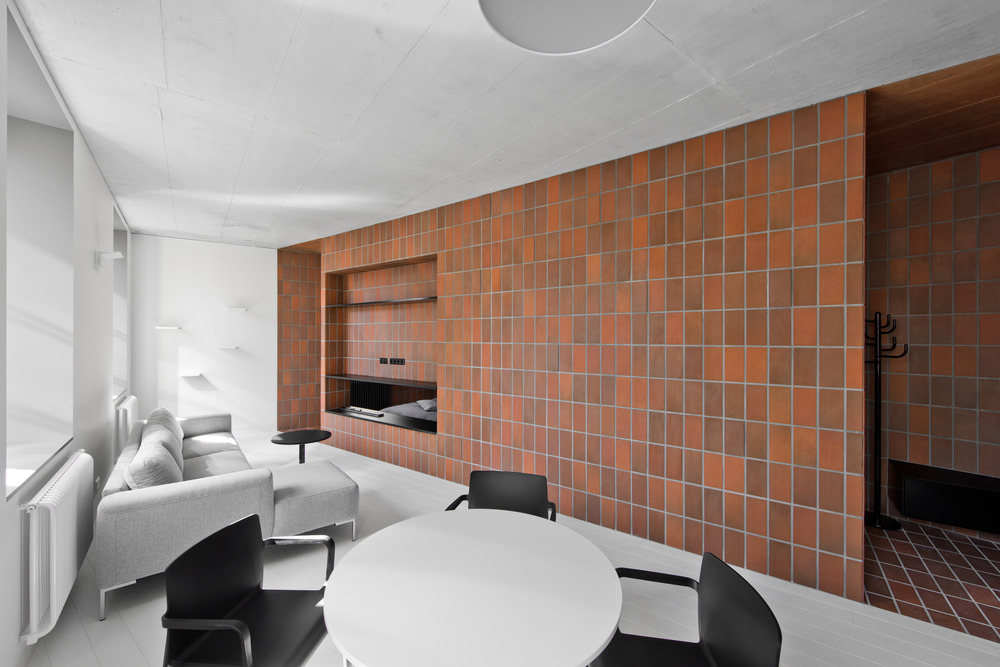 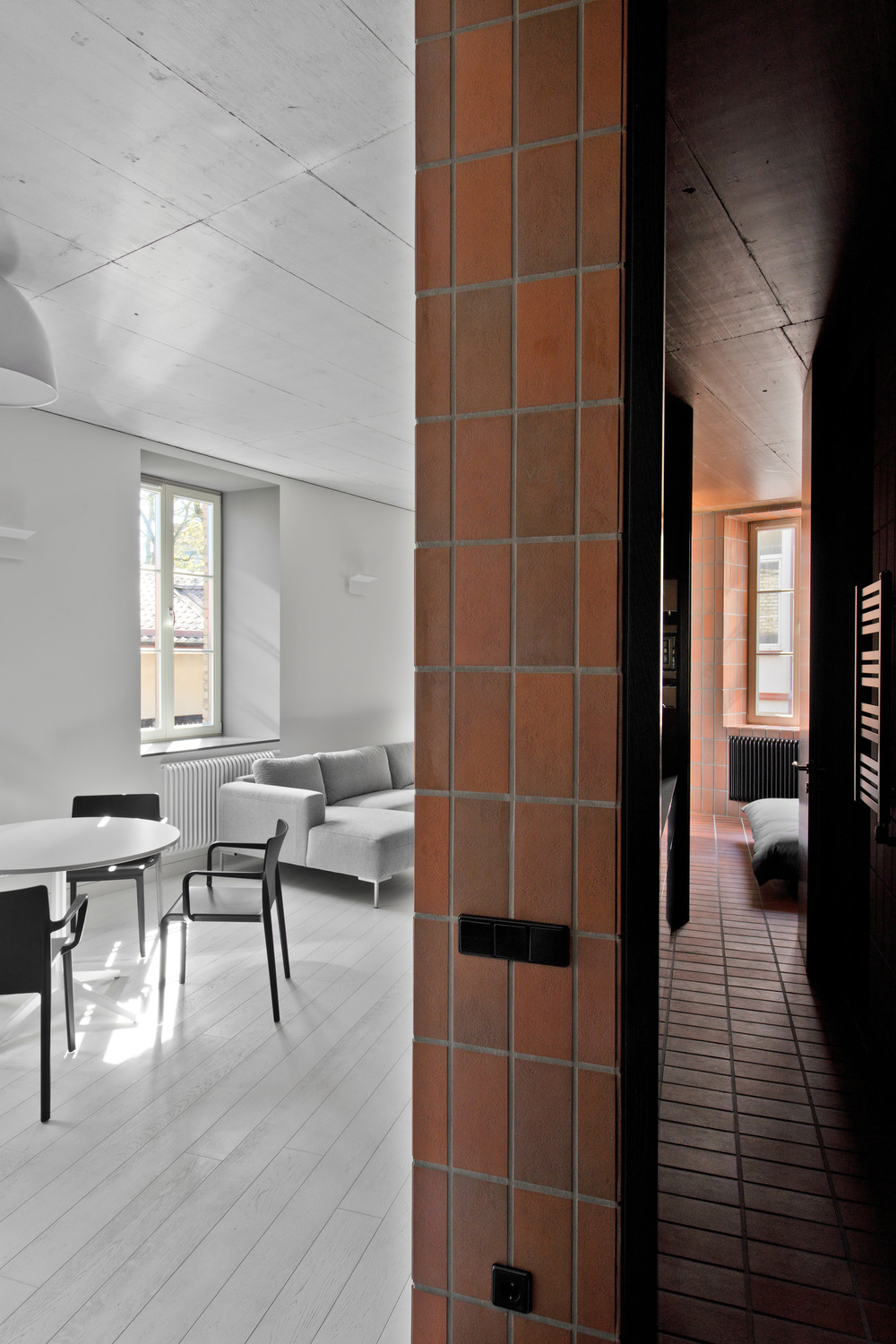 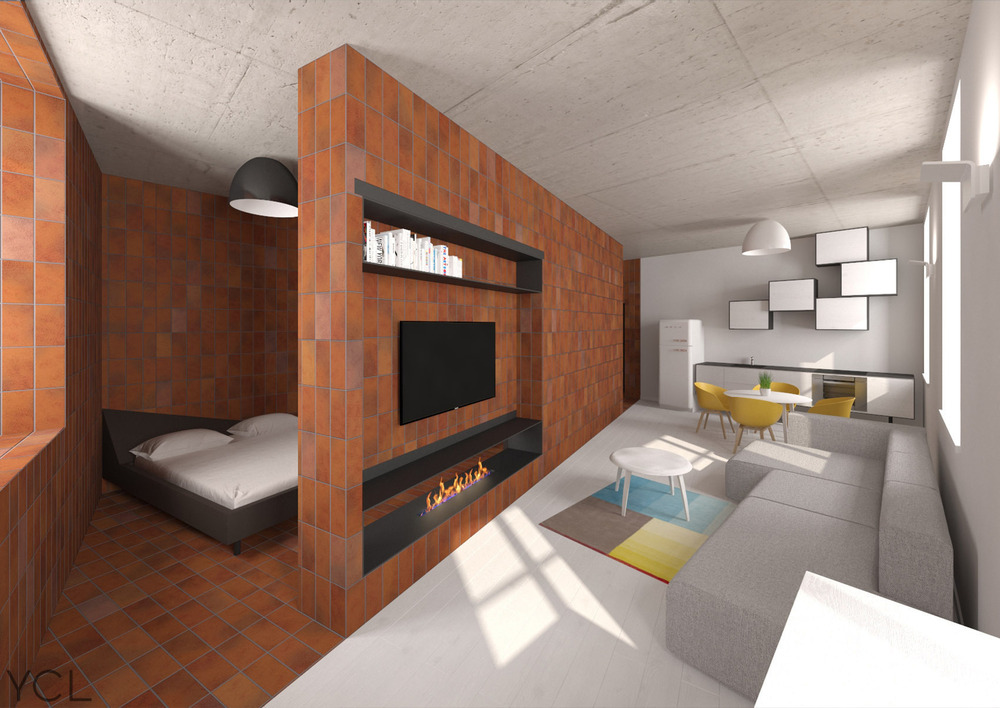 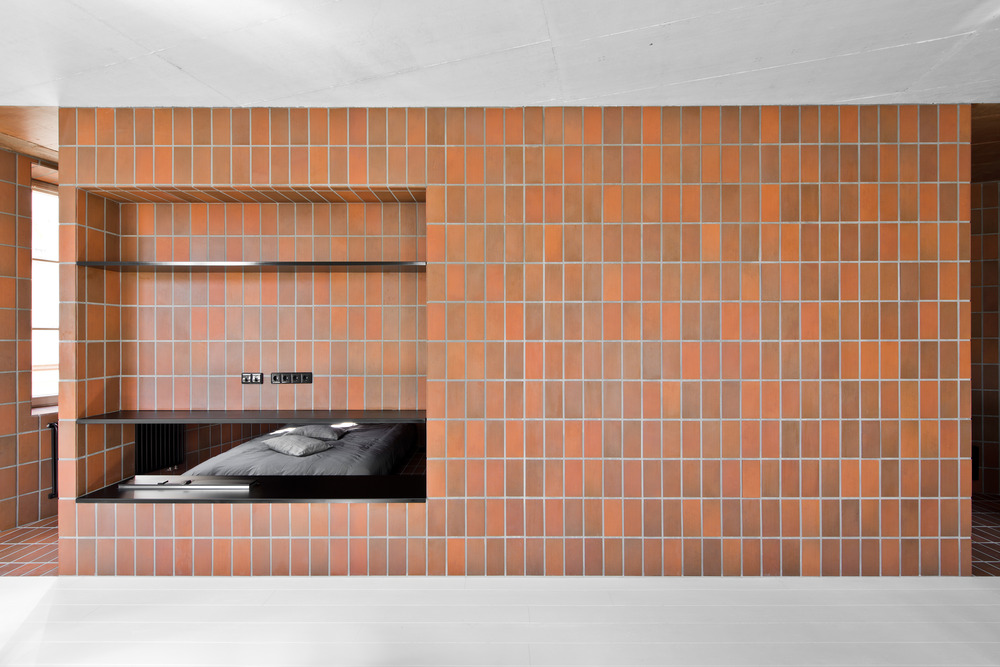 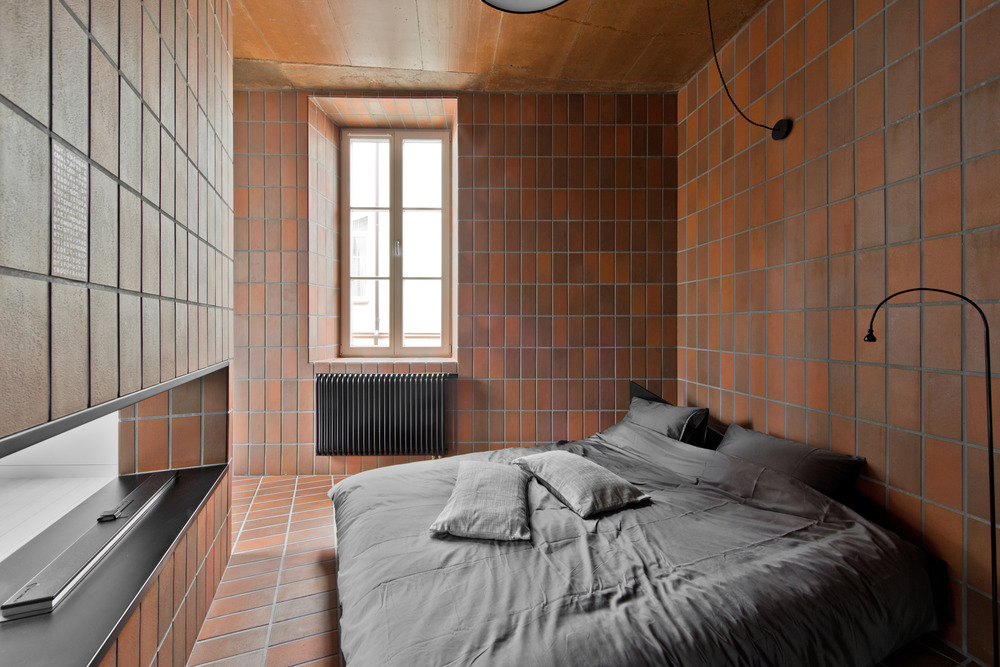 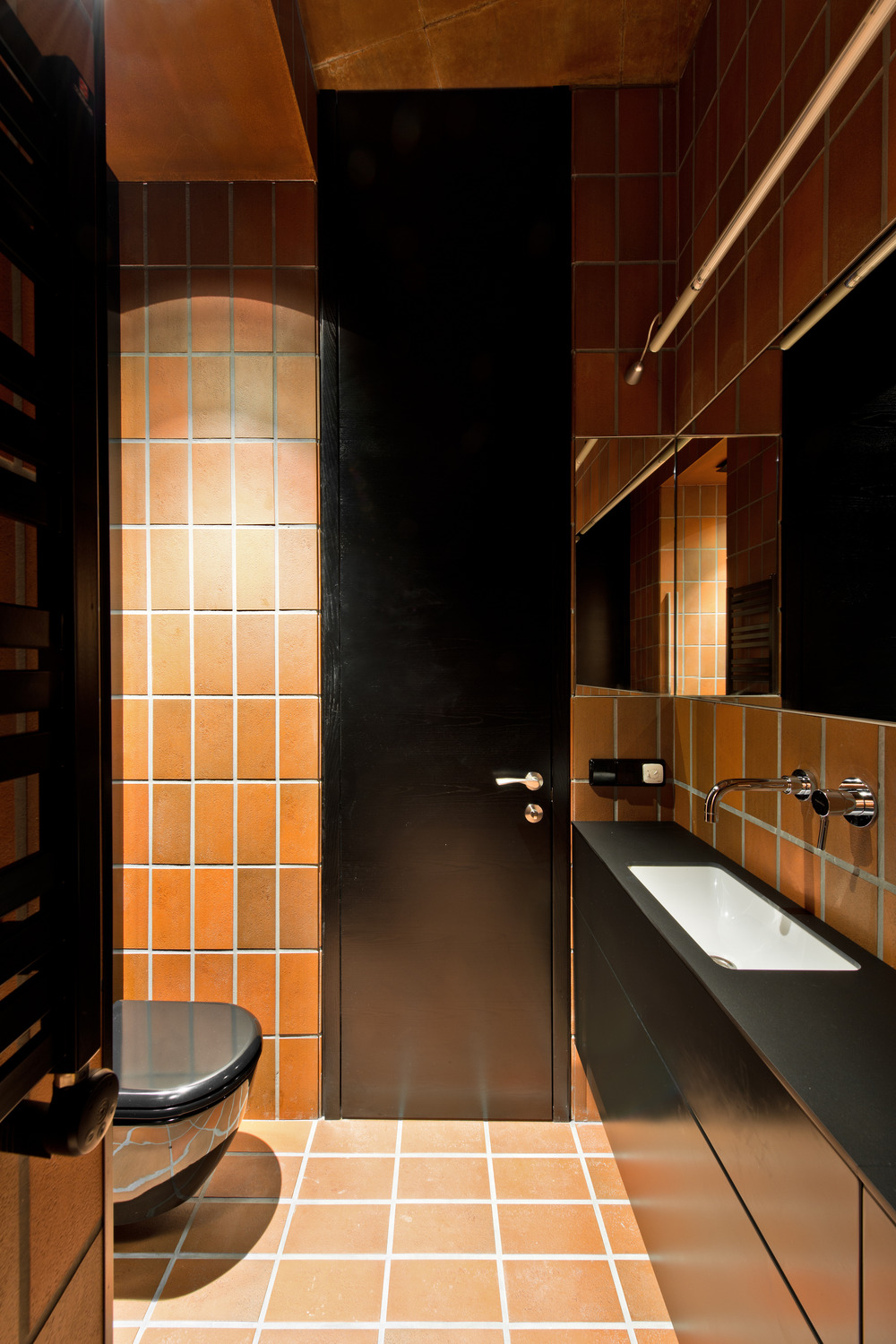 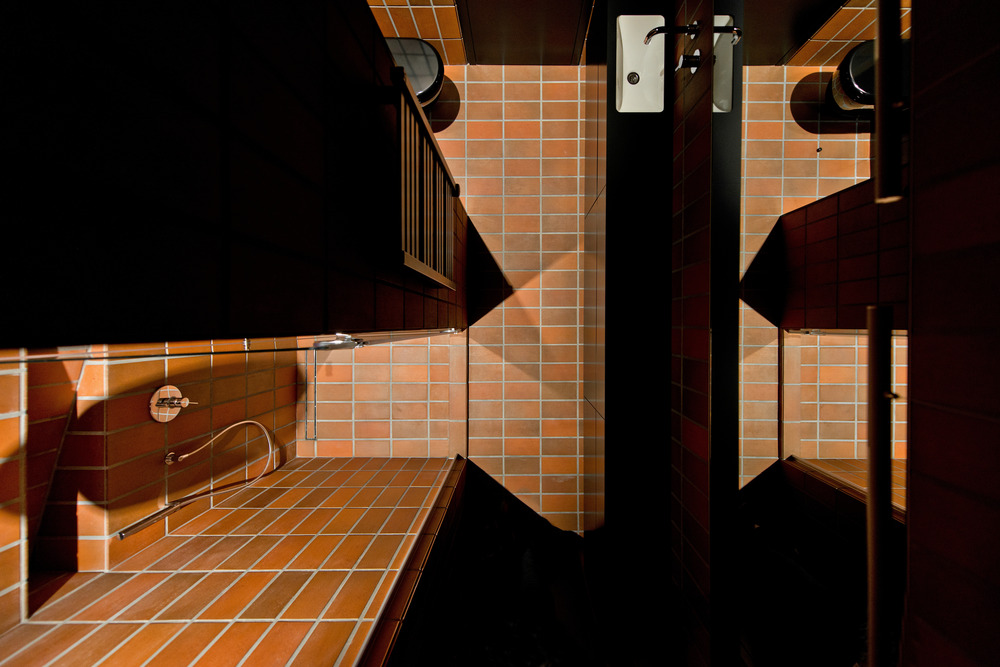 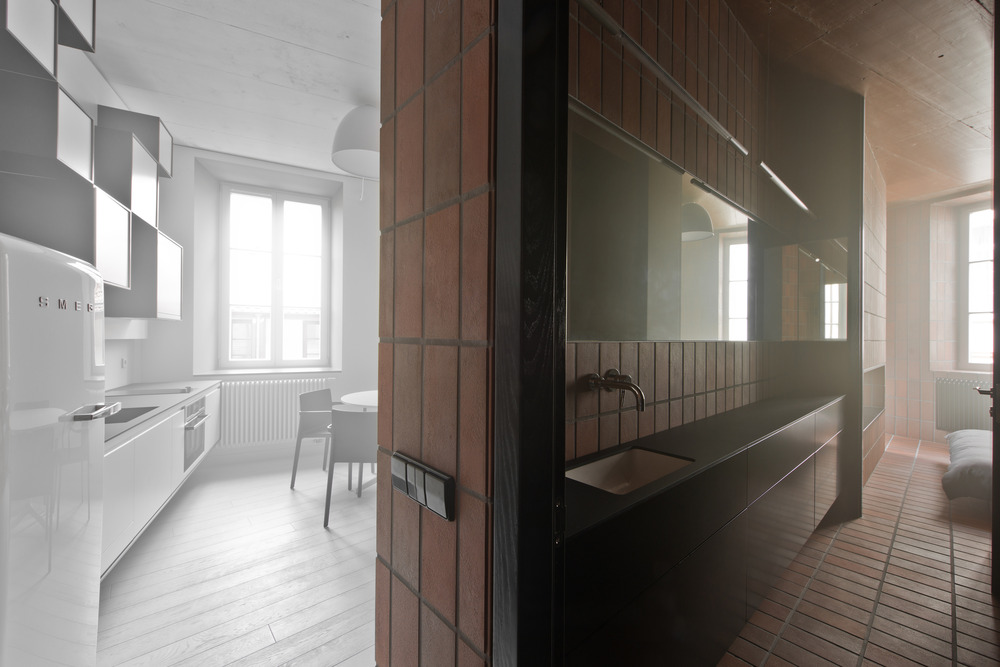 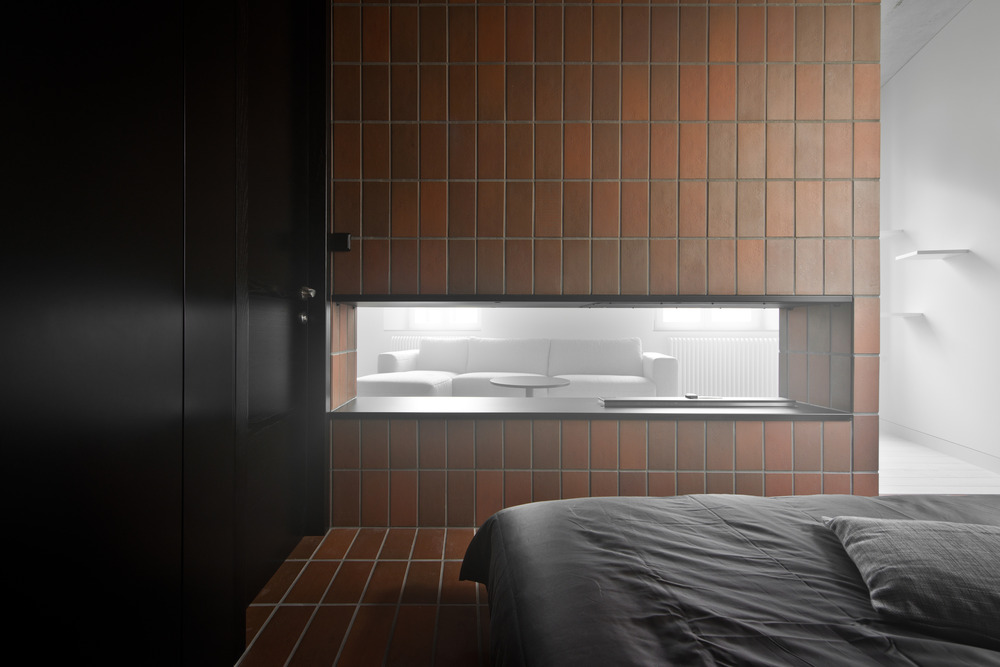 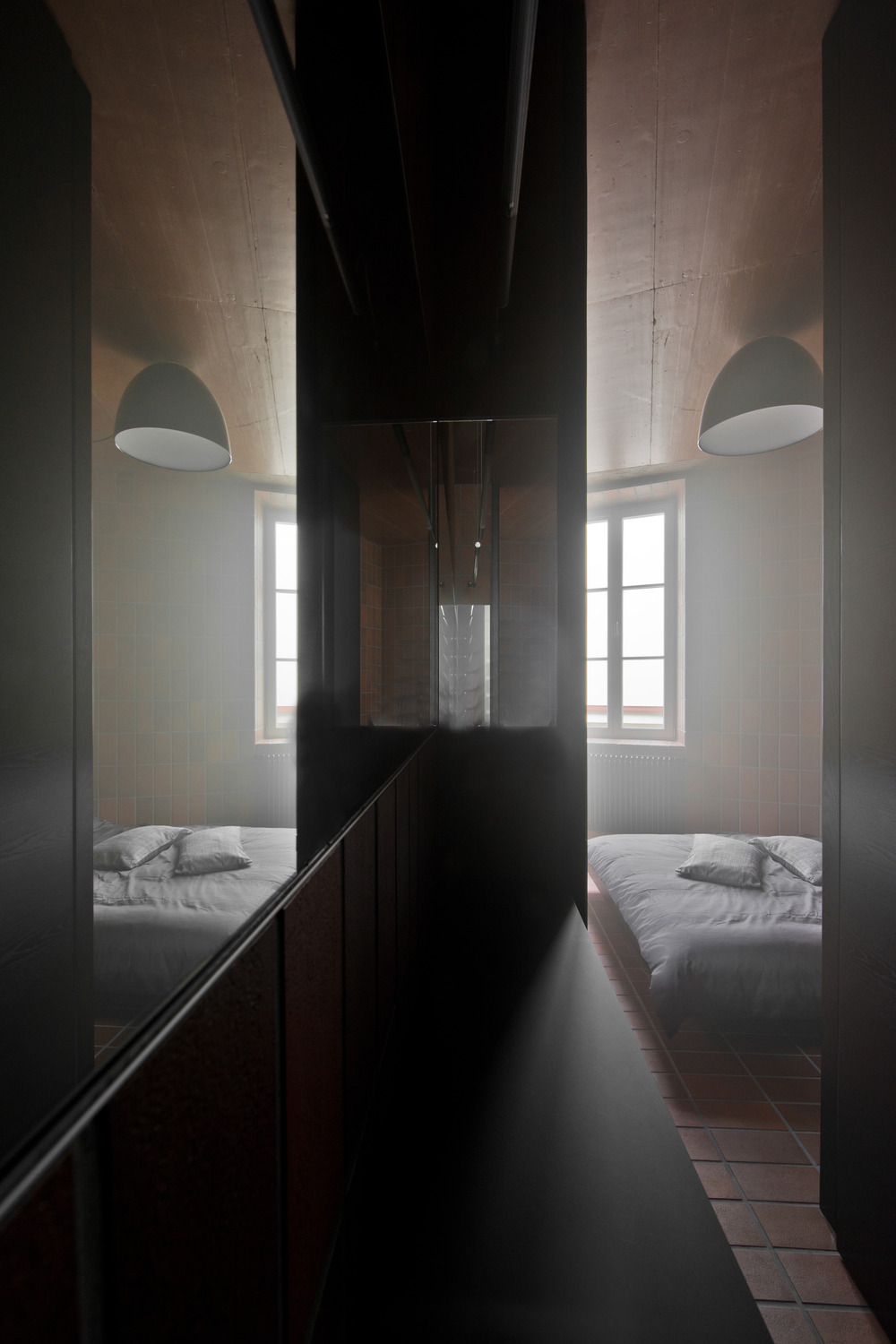 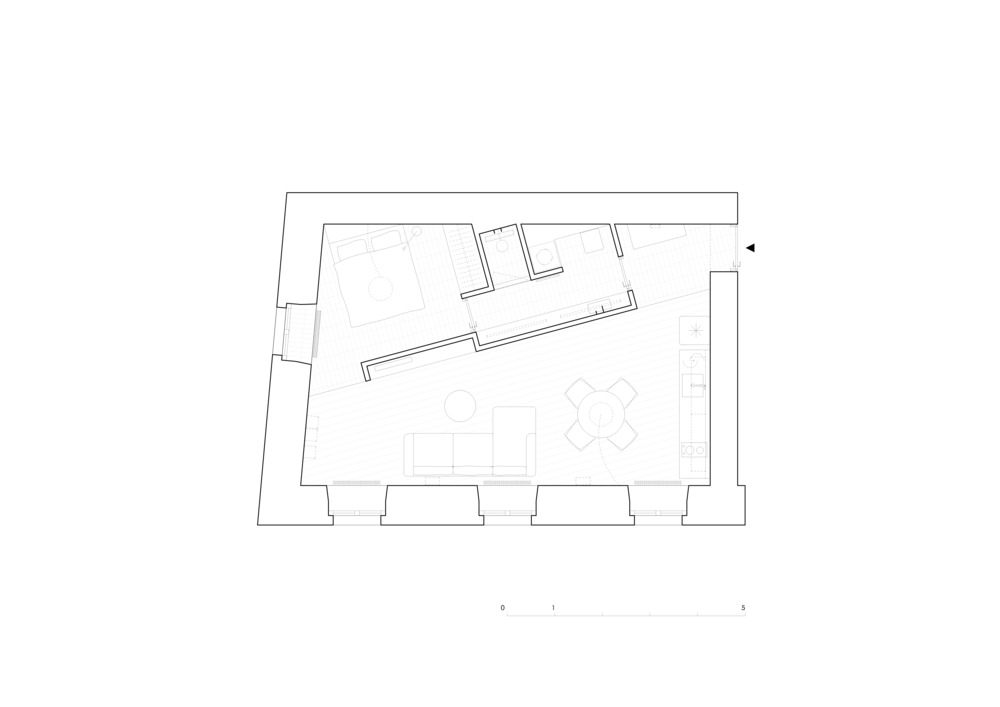 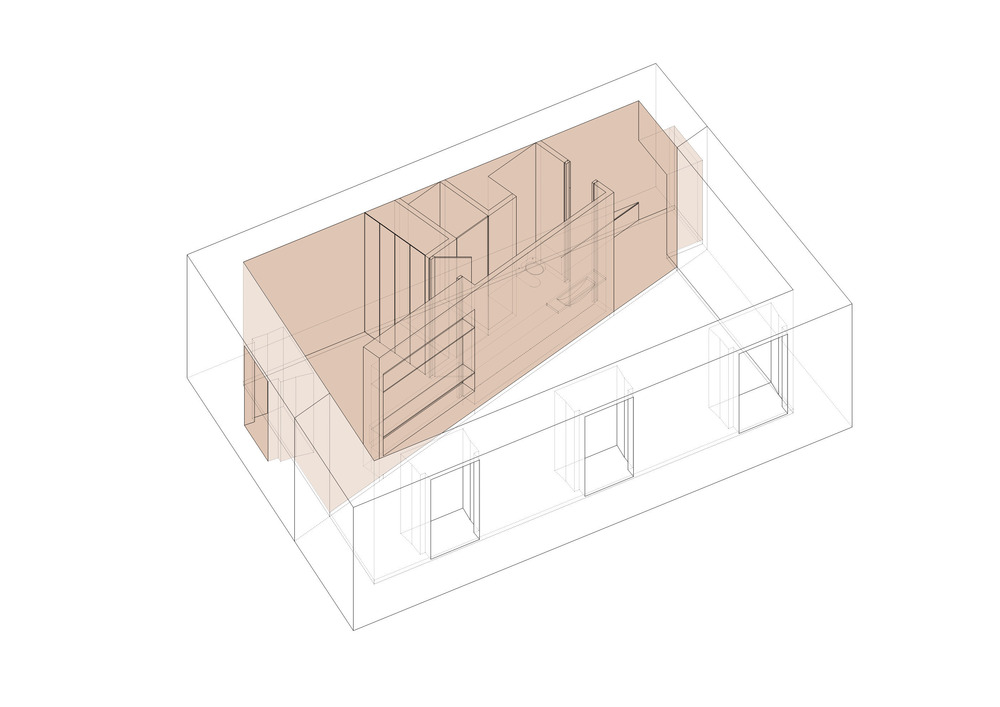 In the Bazillion apartment, YCL Studio has drawn a clear line between the day and the night program of this pied-à-terre for two, while simultaneously blurring the conventional division between the ‘wet’ and the ‘dry’ part of a dwelling. The compact apartment, which comprises 45 square meters, is essentially one open space divided into two by a single, ceramic-clad wall. The dwelling is located in a new residential building in the Old Town of Vilnius and has been commissioned by a frequent traveller, who uses it for short stays in the capital of Lithuania.
The interior is designed by YCL Studio, an upcoming Vilnius-based office, led by architects Tomas Umbrasas, Aidas Barzda, Tautvydas Vileikis and graphic designer Rokas Kontvainis. They describe their company, which was founded in 2011, as an architectural collaborative ’operating in the fields of architecture, interior, planning, urban space, landscape design and research projects.’ They position themselves as ’part of the new generation of Lithuanian architects’ and state, ‘We use our international experience to enrich and strengthen local architecture as well as to spread the word internationally.’ This apartment, which has gained a degree of international fame, is viewed by Aida Barzda to be the happy outcome of working for an appreciative and open-minded client and collaborating with engaged suppliers and builders. Within the range of scales YCL Studio operates, this interior is definitely among their smaller jobs.