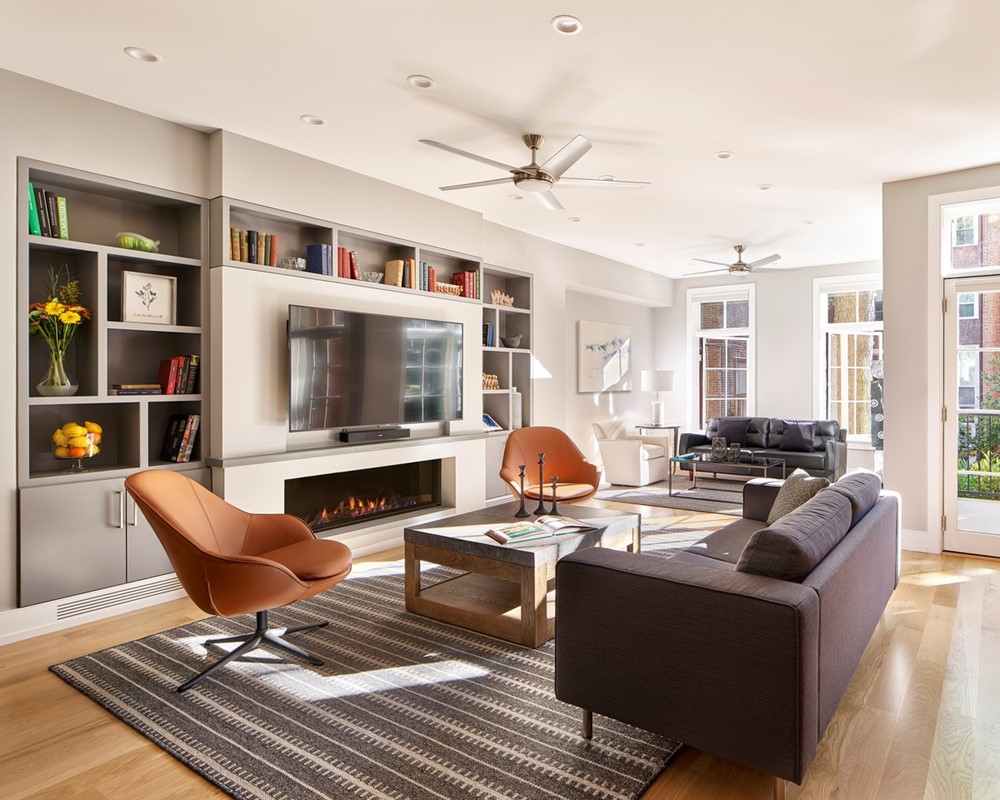 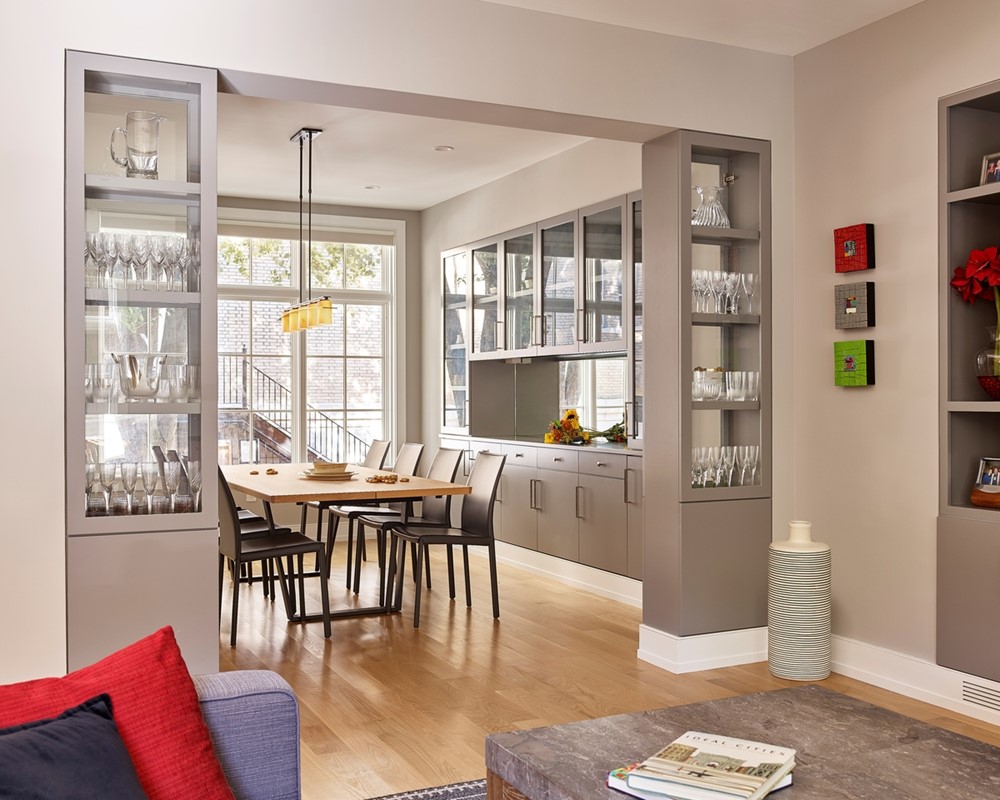 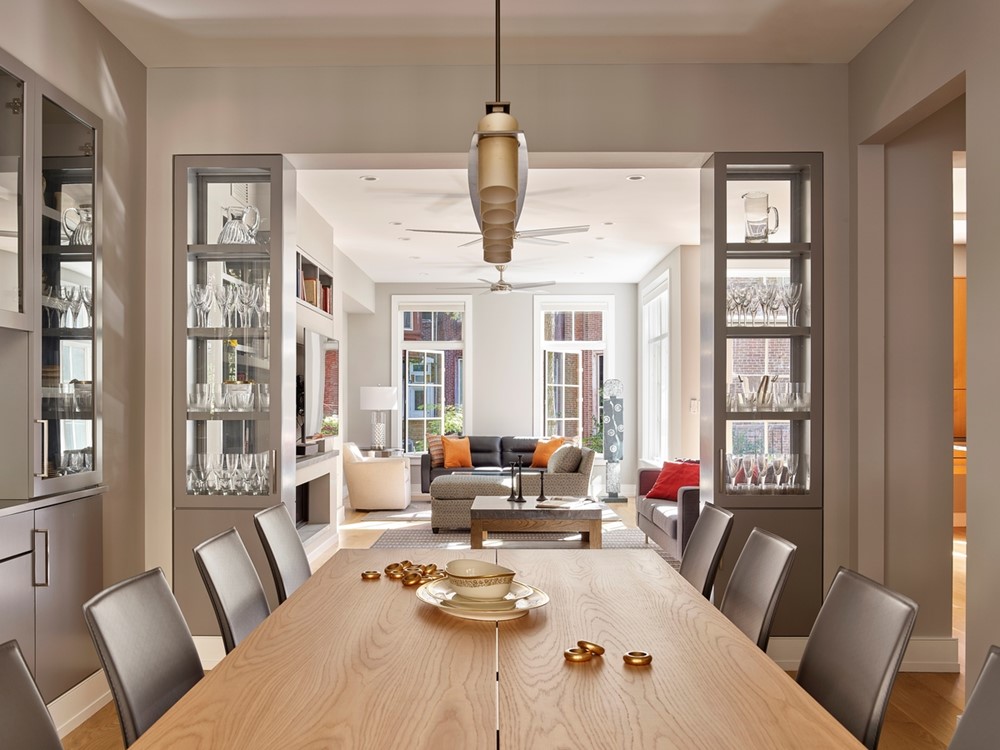 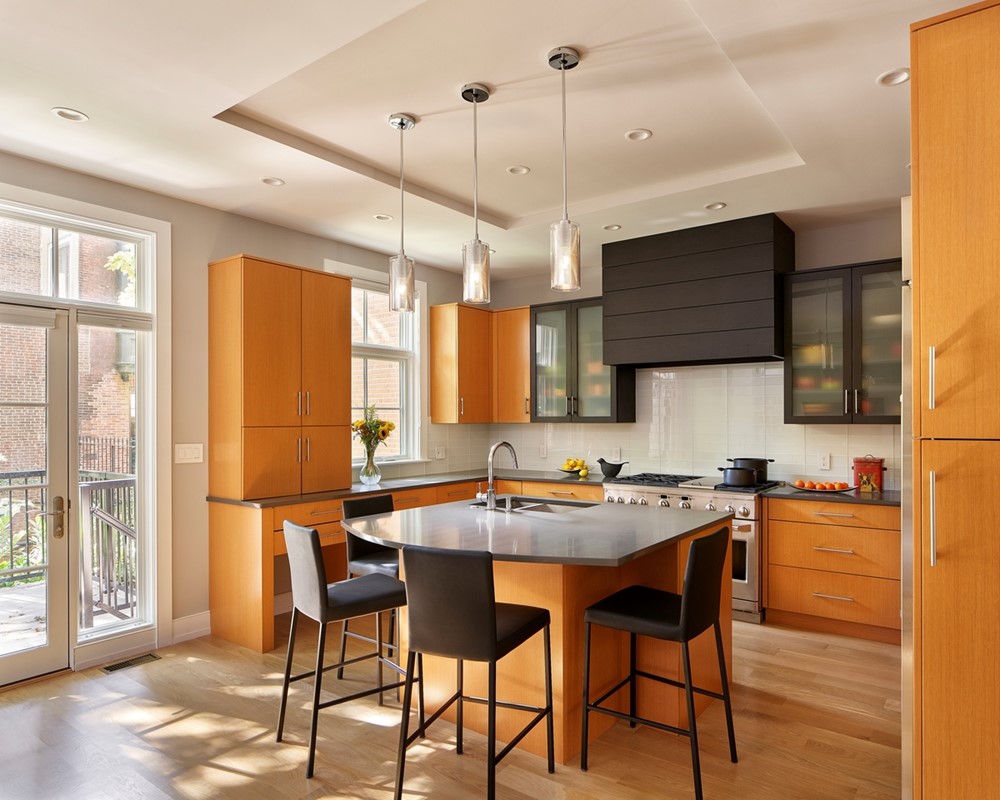 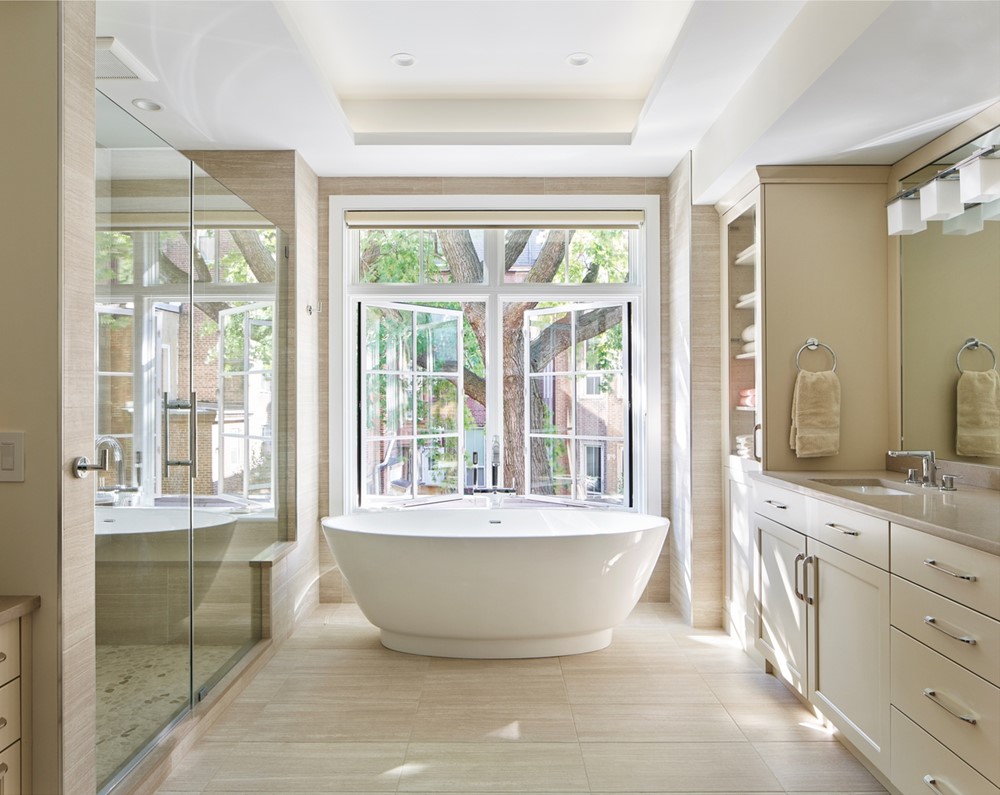 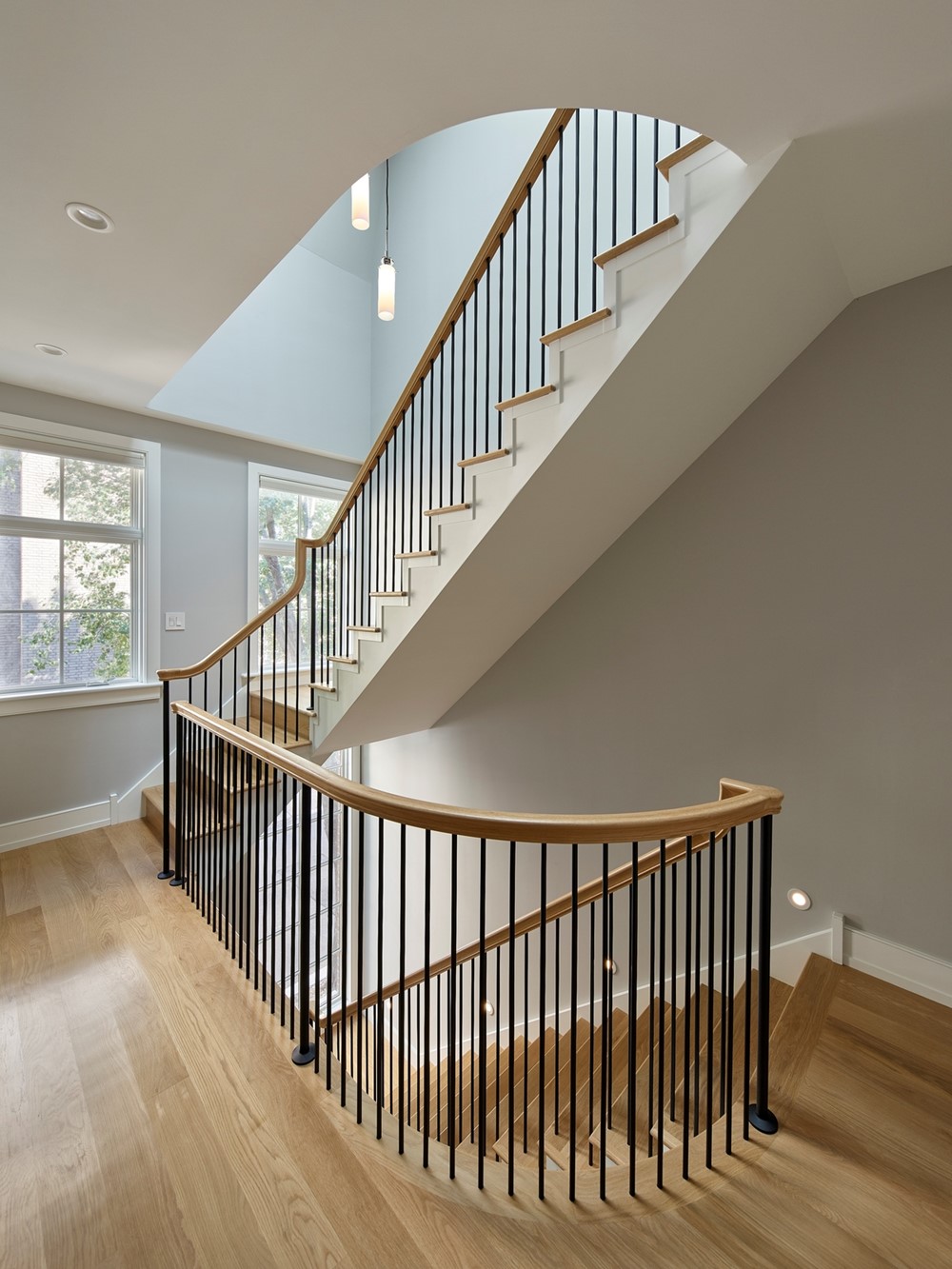 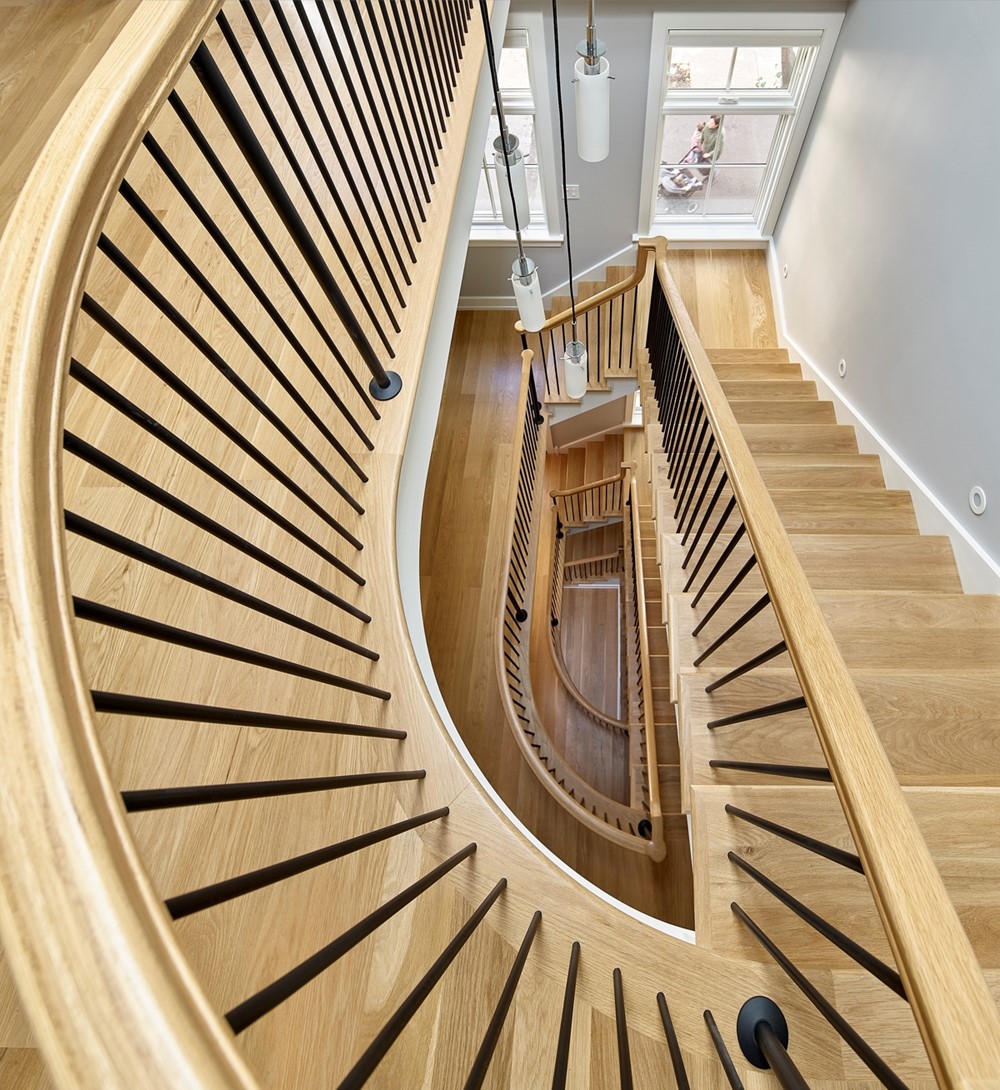 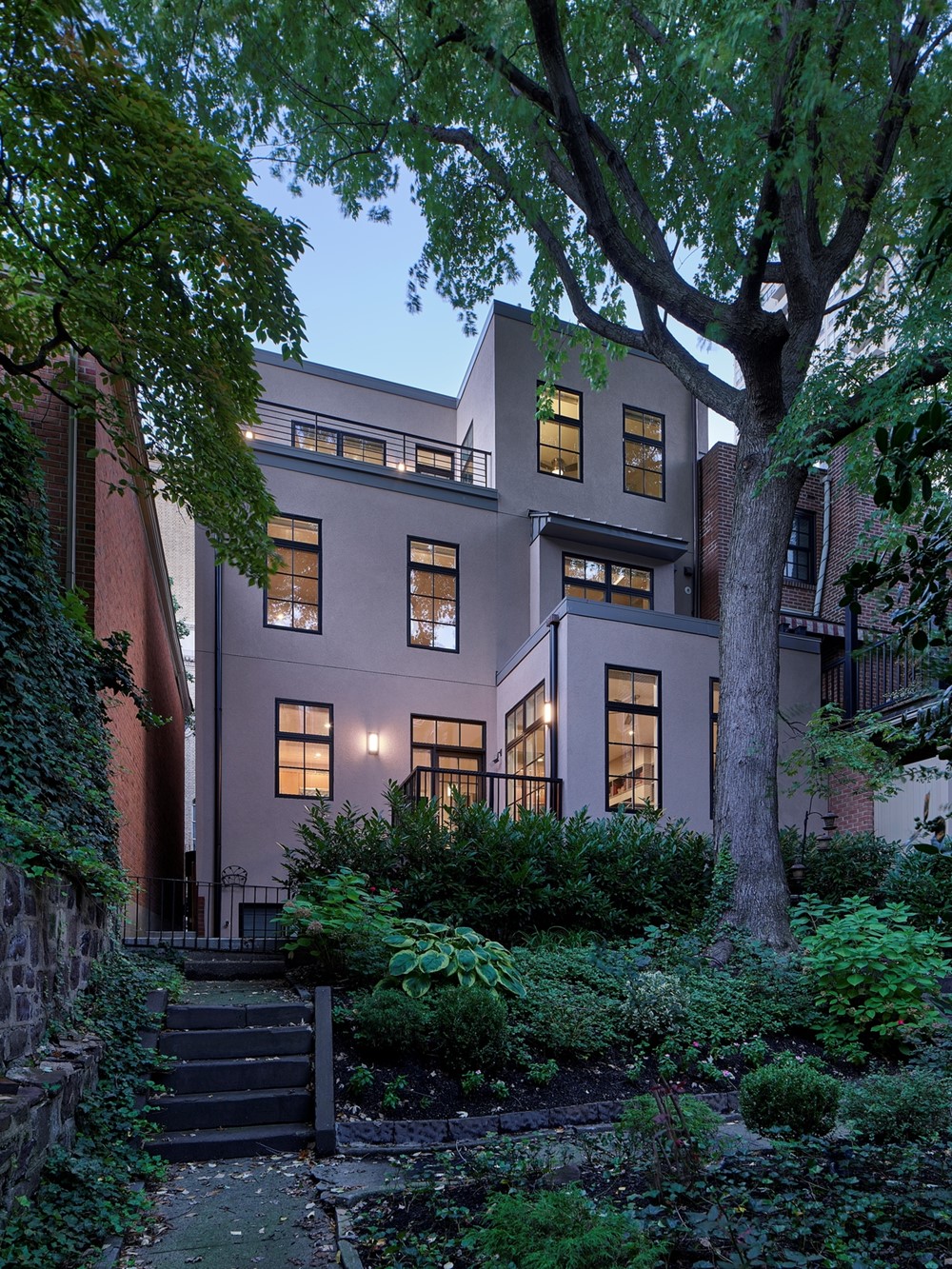 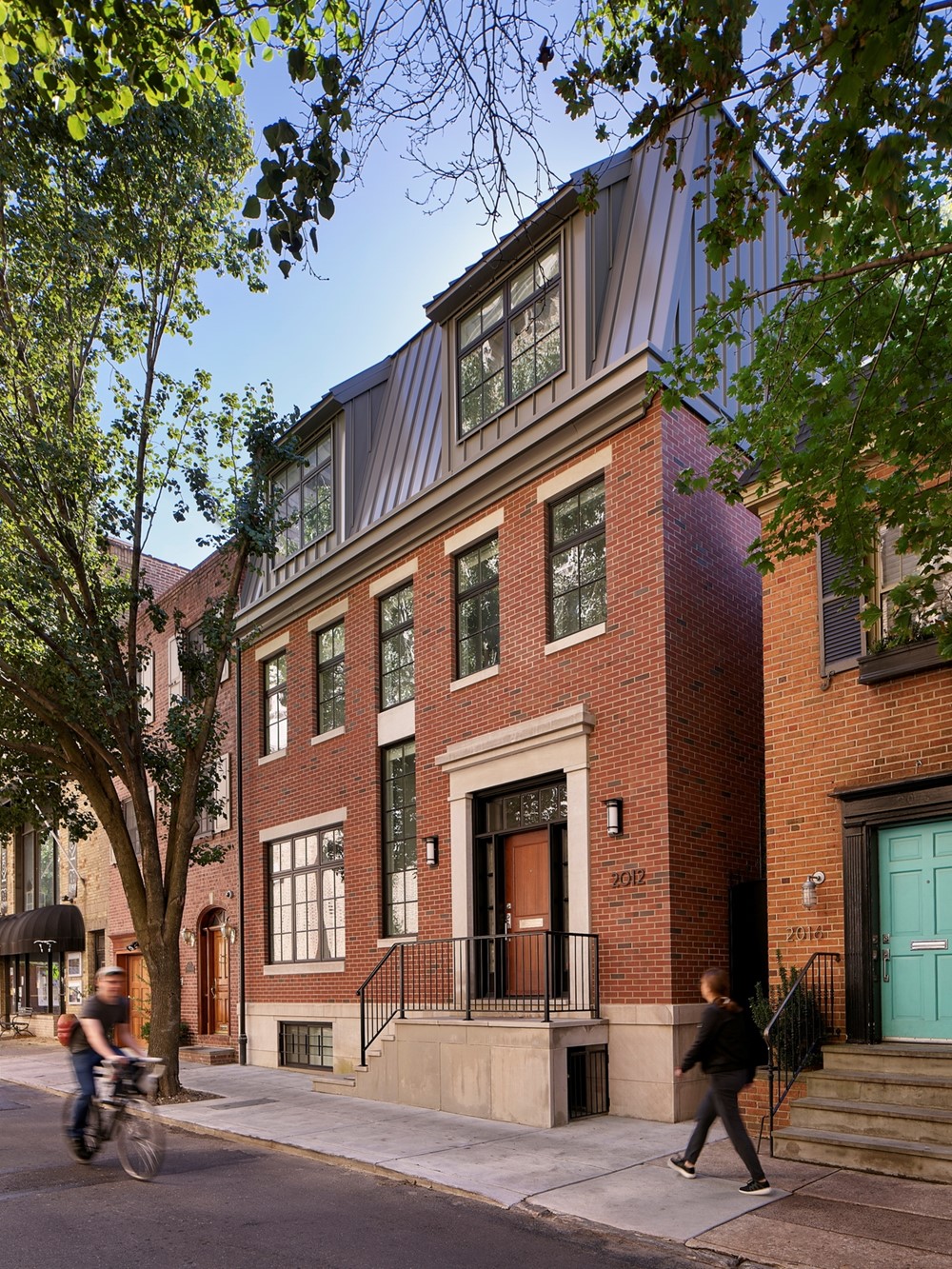 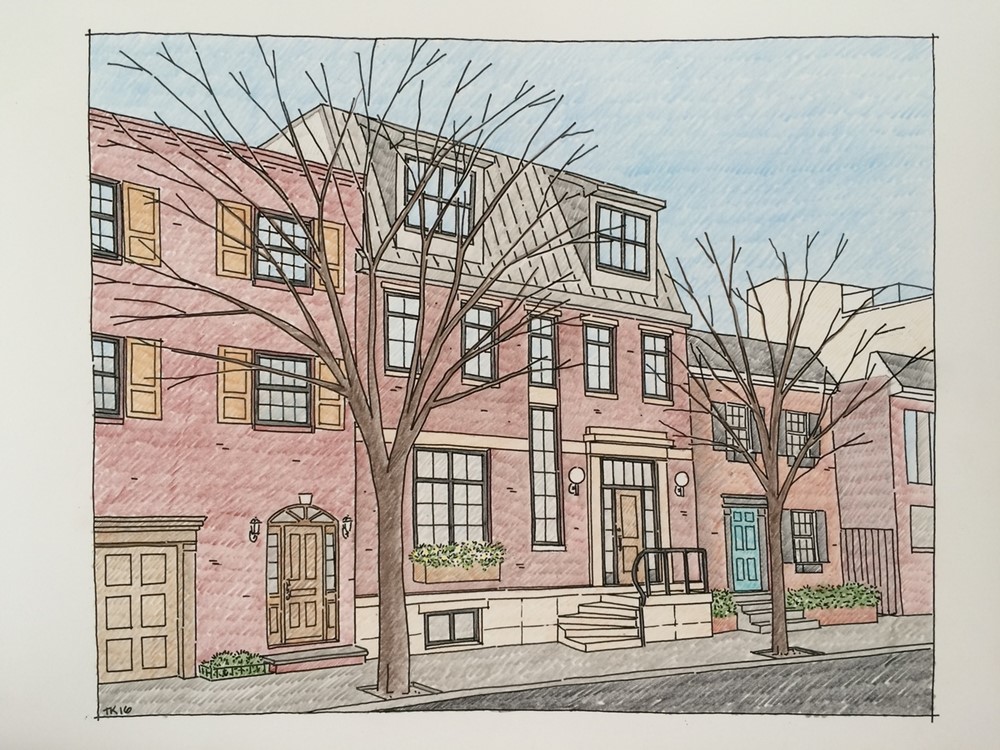 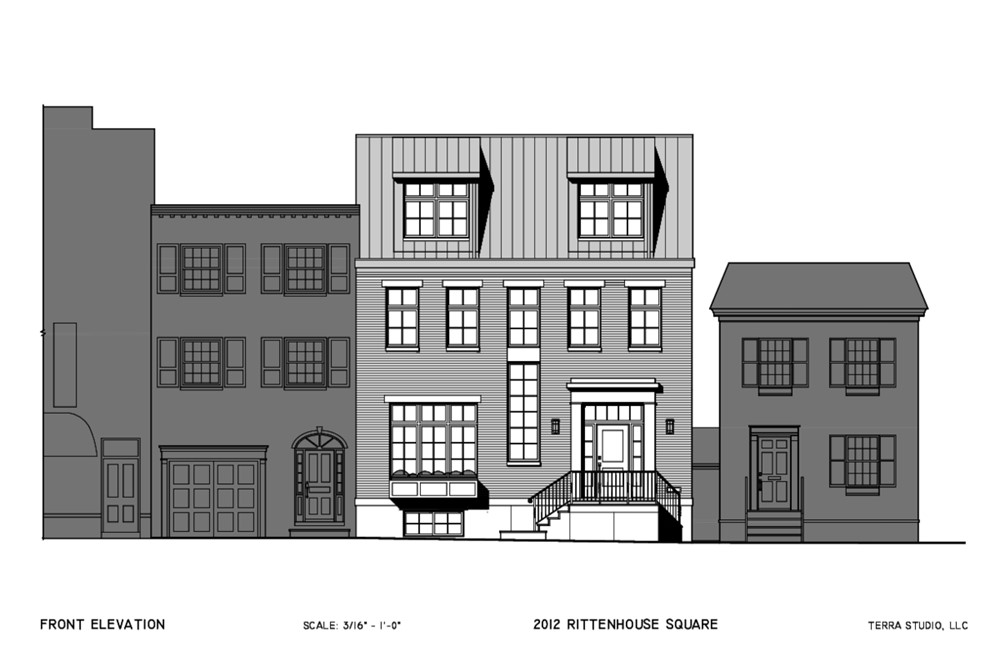 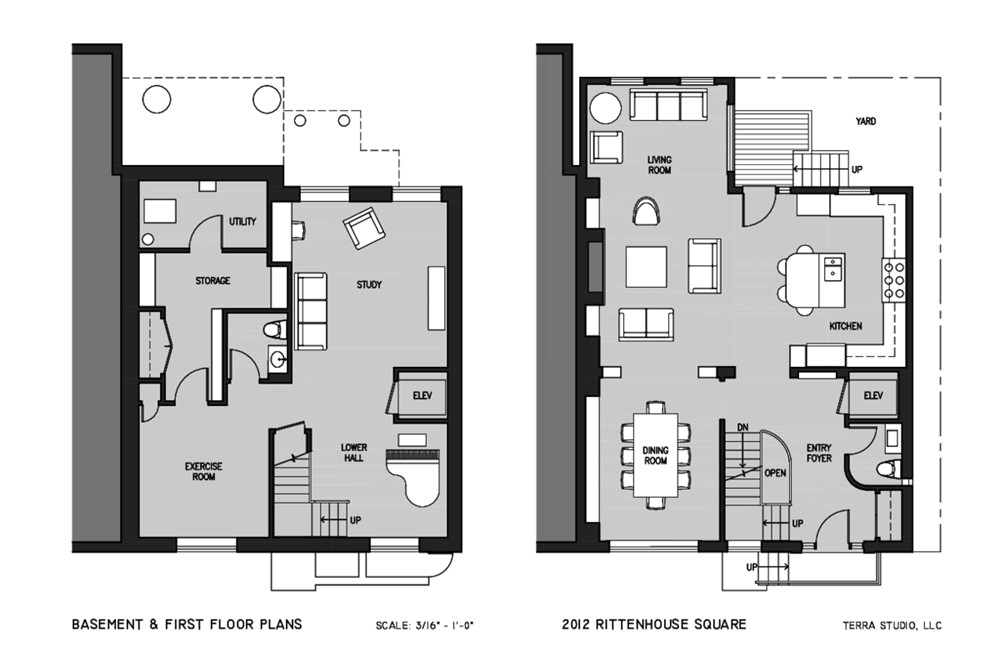 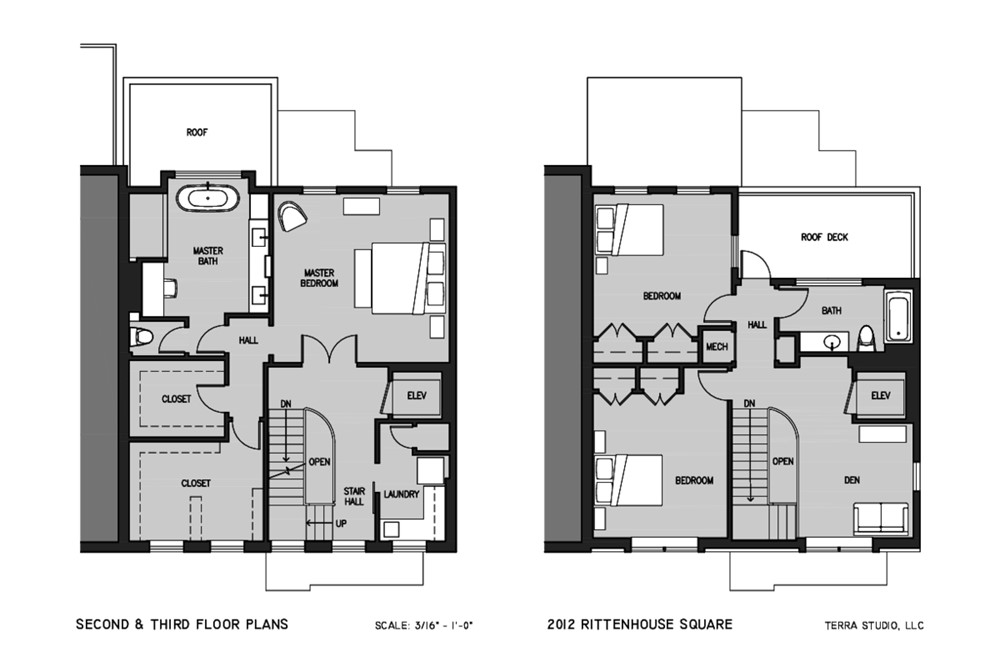 The central, vertical window delineates the front of the house into two halves, referencing the double nature of the site’s past. This window also references the present; in accordance with the modernist notion that exterior form should express interior use, the vertical window follows the rise of the main stairway inside. The symmetrically composed façade and subtle classic detailing are a nod to the Georgian formalism of some of Philadelphia’s finest historic homes. The exterior materials – Pennsylvania brick, Indiana limestone, and standing seam metal roofing – are primary elements used in the neighborhood and link the home to its surroundings.

The stair hall is a lofty, vertical space connecting the four levels of the house to the double skylight above, which pours filtered light down its open length. The curve of the stair landing smooths the circulation path and softens the multilayered geometry. The rooms were designed to meet the owner’s desire for flowing spaces with clean, contemporary lines and an inundation of natural light. Custom wood and glass cabinetry add personal character to the modern comfort, displaying collections of family china, crystal settings and Boston terriers.

The space available from the consolidation of two building lots allows an interior expansiveness that is unusual to find in an urban house. A common response to such a property would be to insert a garage into the house front. Although contrary to the city’s zoning code and detrimental to the pedestrian, garage-front parking is often sought as a variance to the rules. However, through an exploration of design possibilities with Terra Studio, the owner realized the negative impact of bringing her car inside. Since one of her goals of moving to Center City was to lessen her dependence on driving, it was a natural decision to keep the car out of the house. With the car gone, the interior was customized around all aspects of habitation while the home’s exterior was able to contribute to the neighborhood’s walkability and express a thoughtful dialogue between new and old in this historic urban setting.