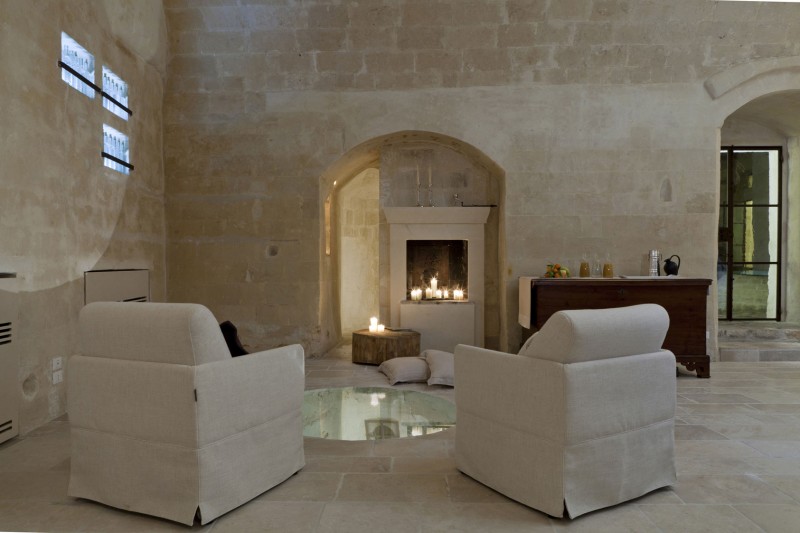 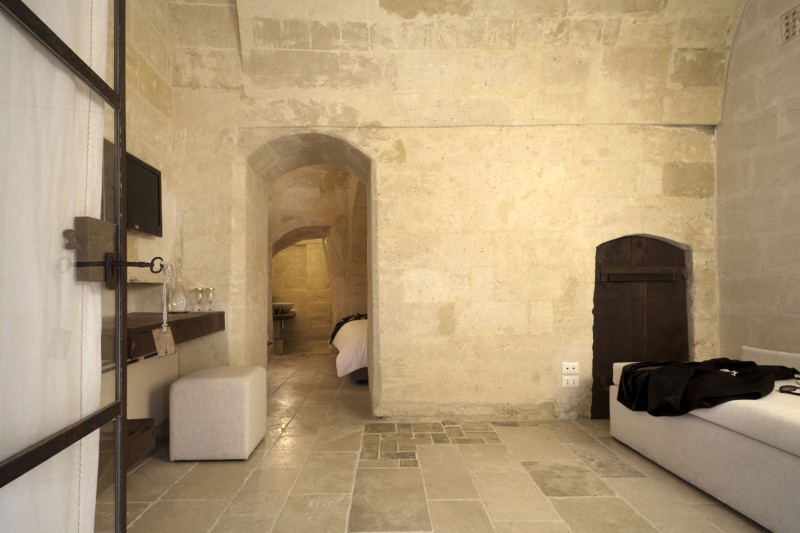 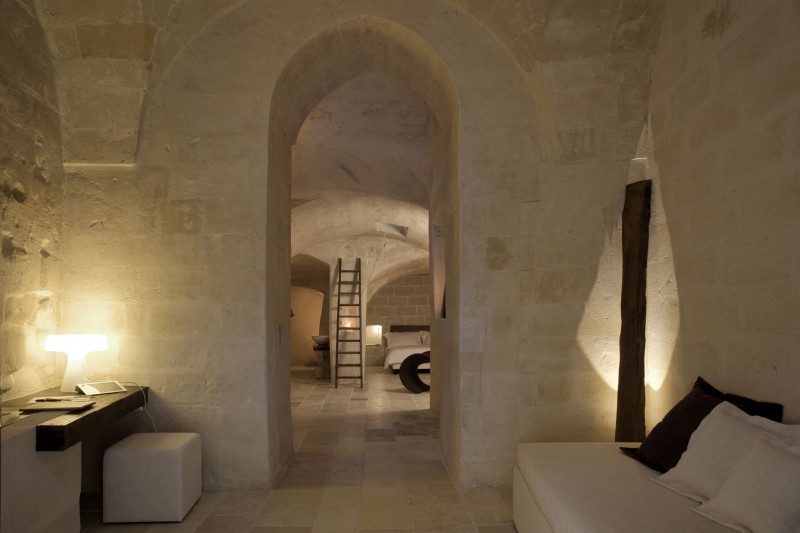 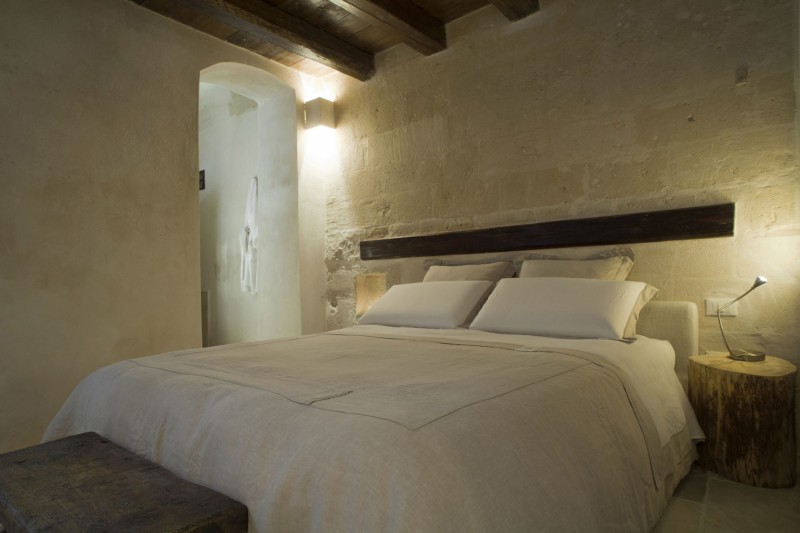 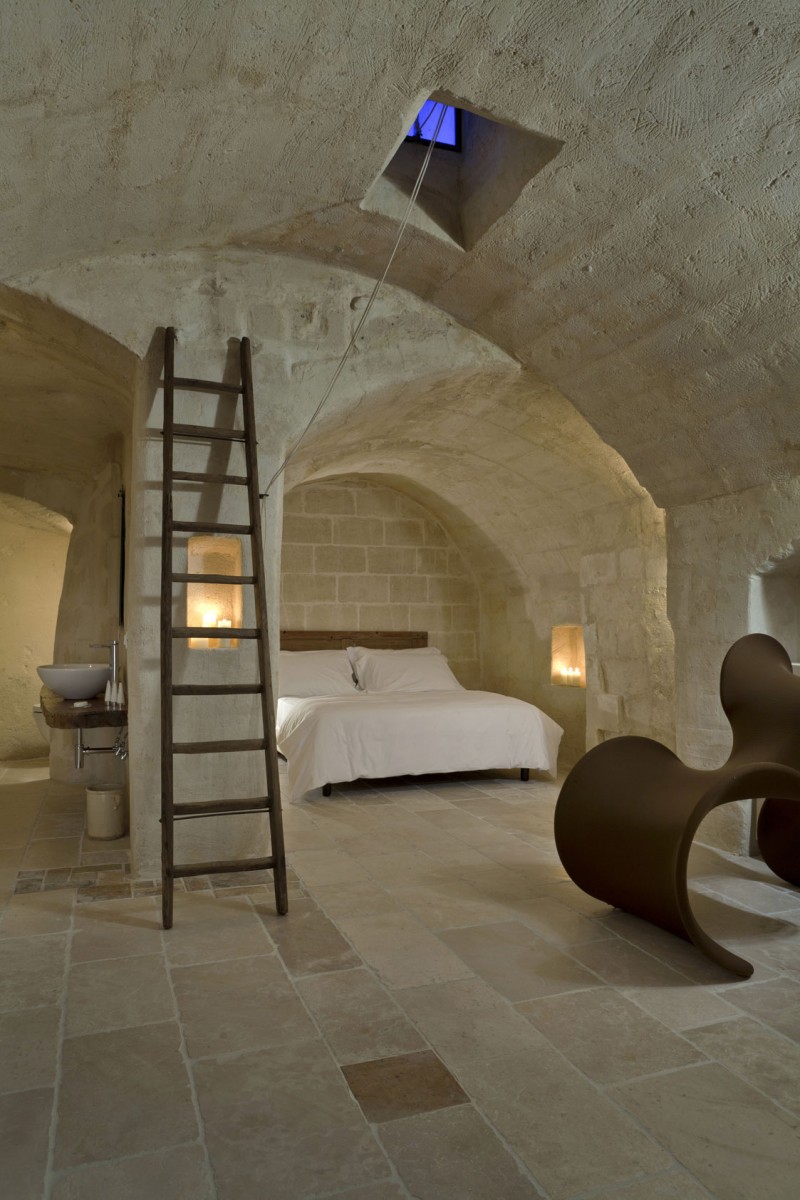 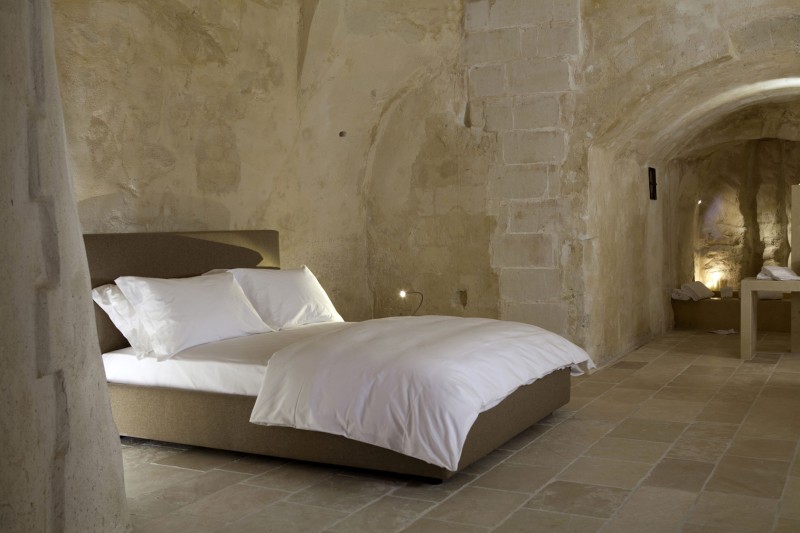 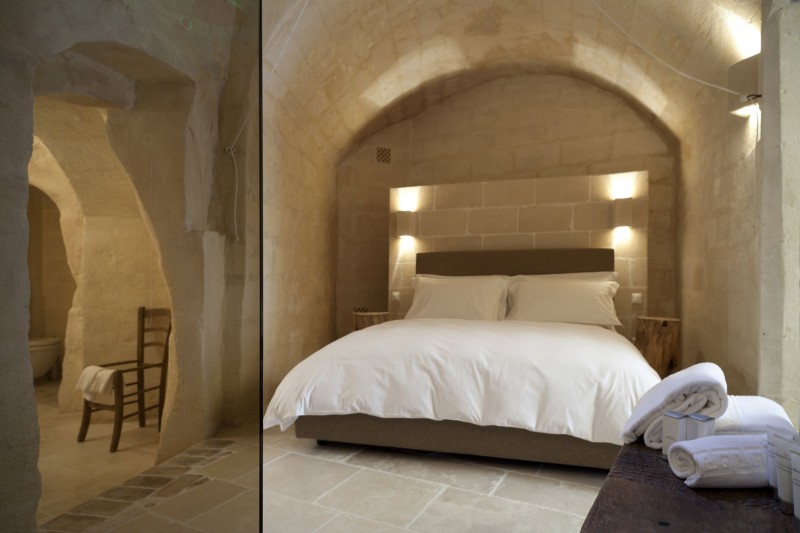 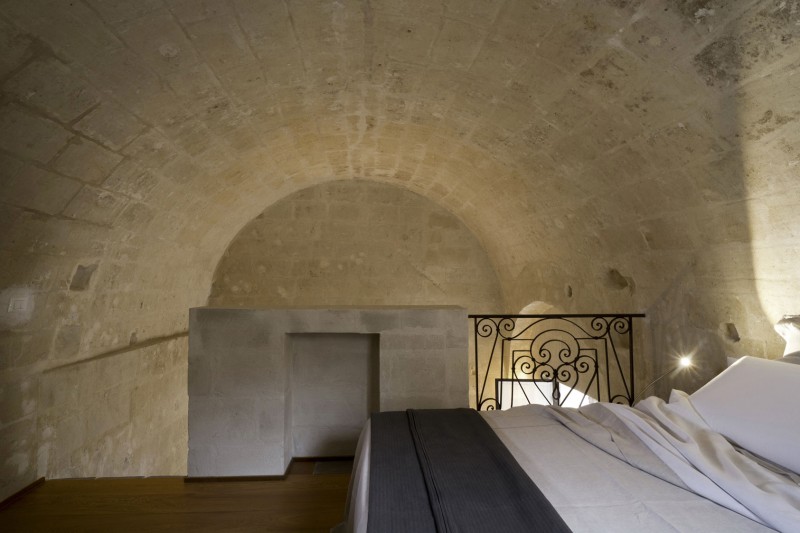 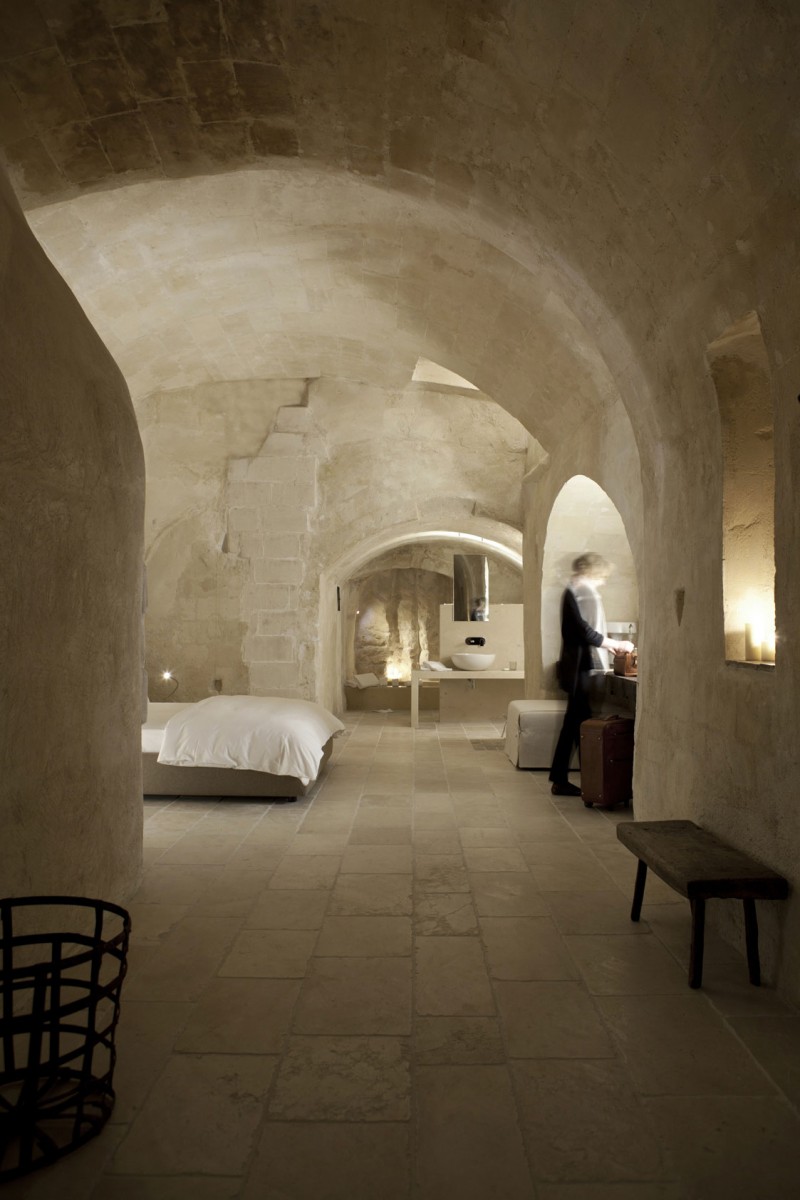 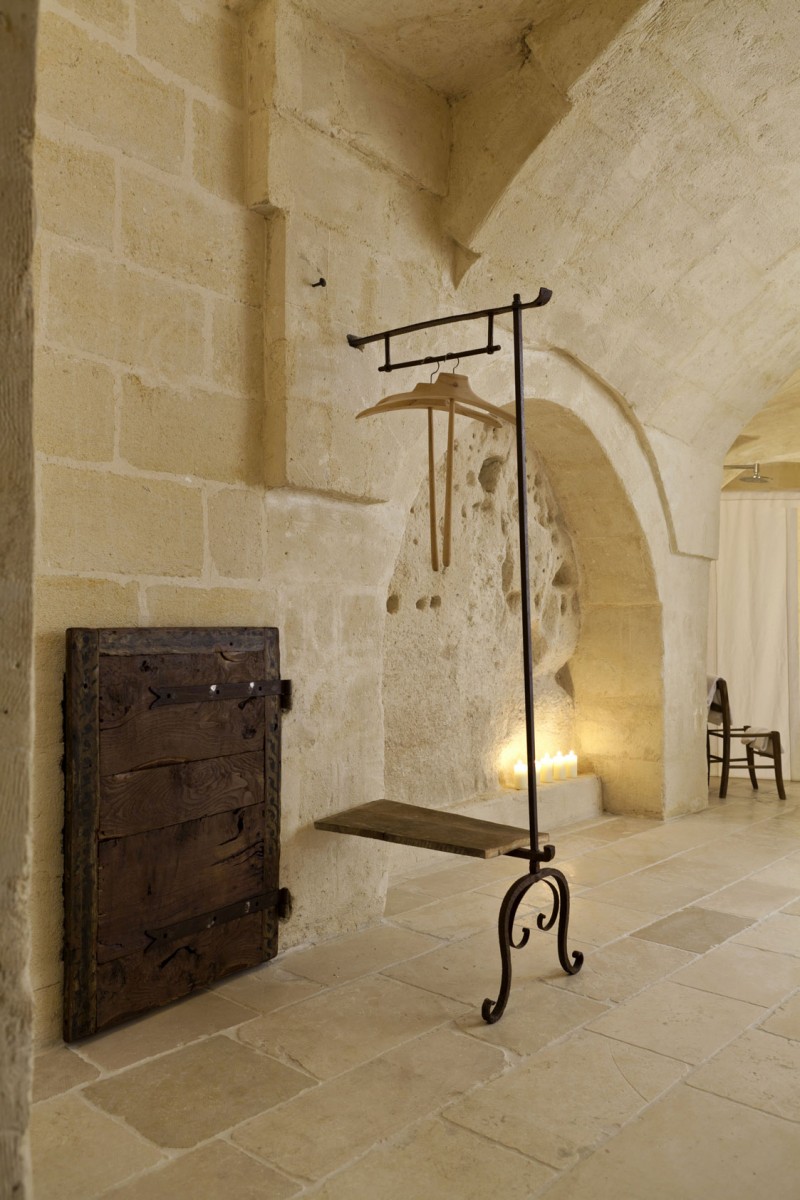 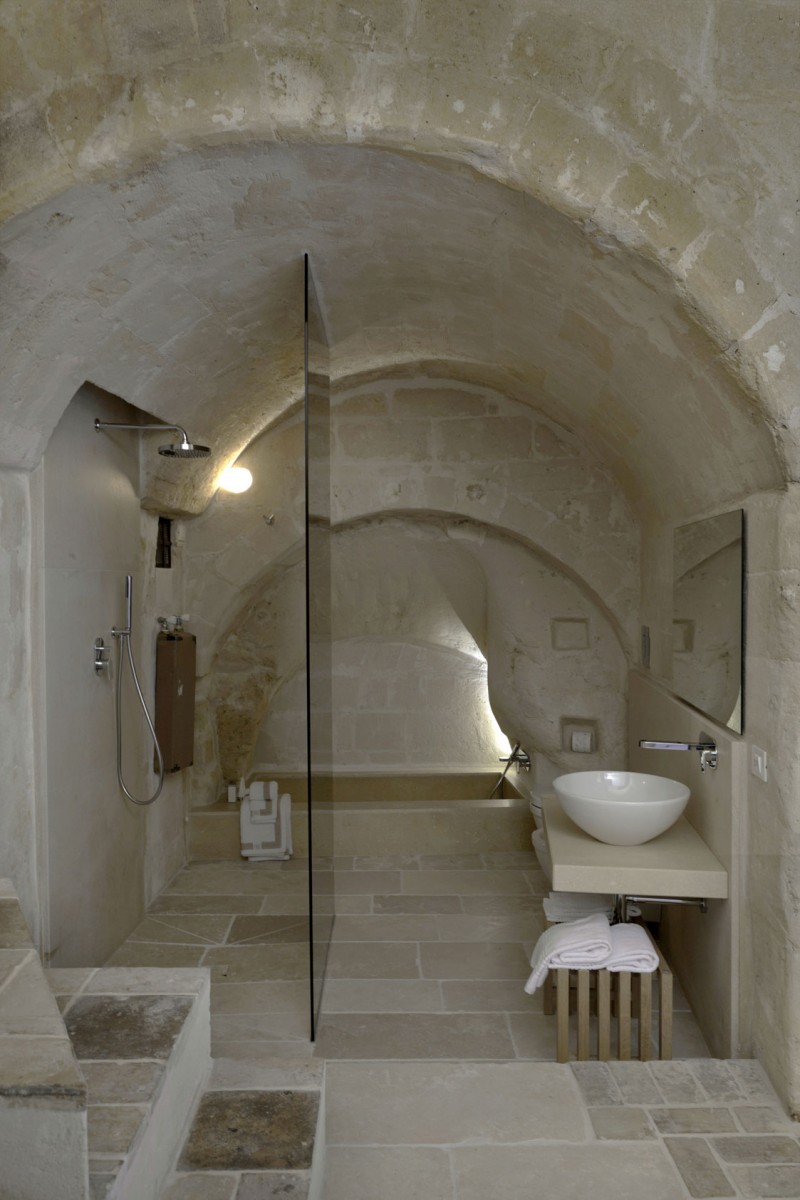 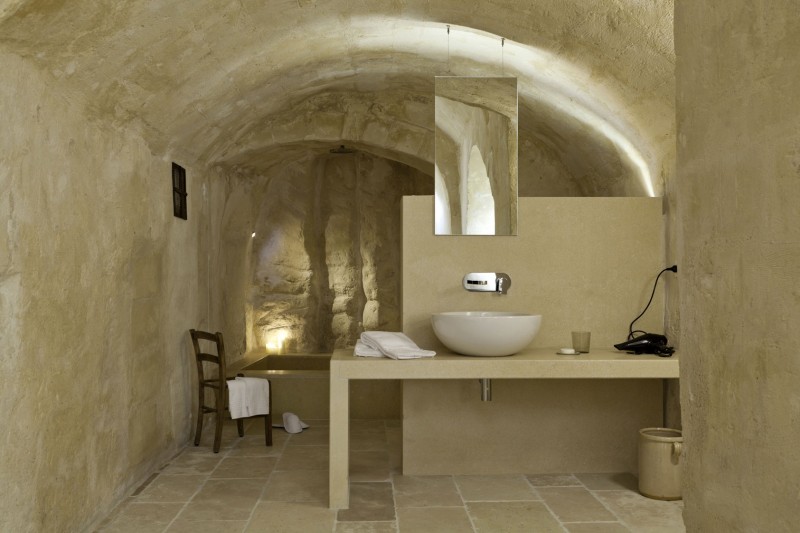 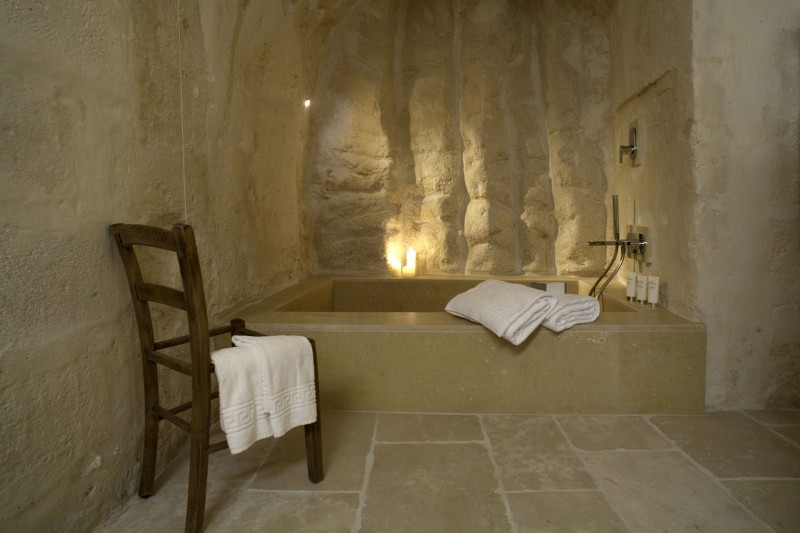 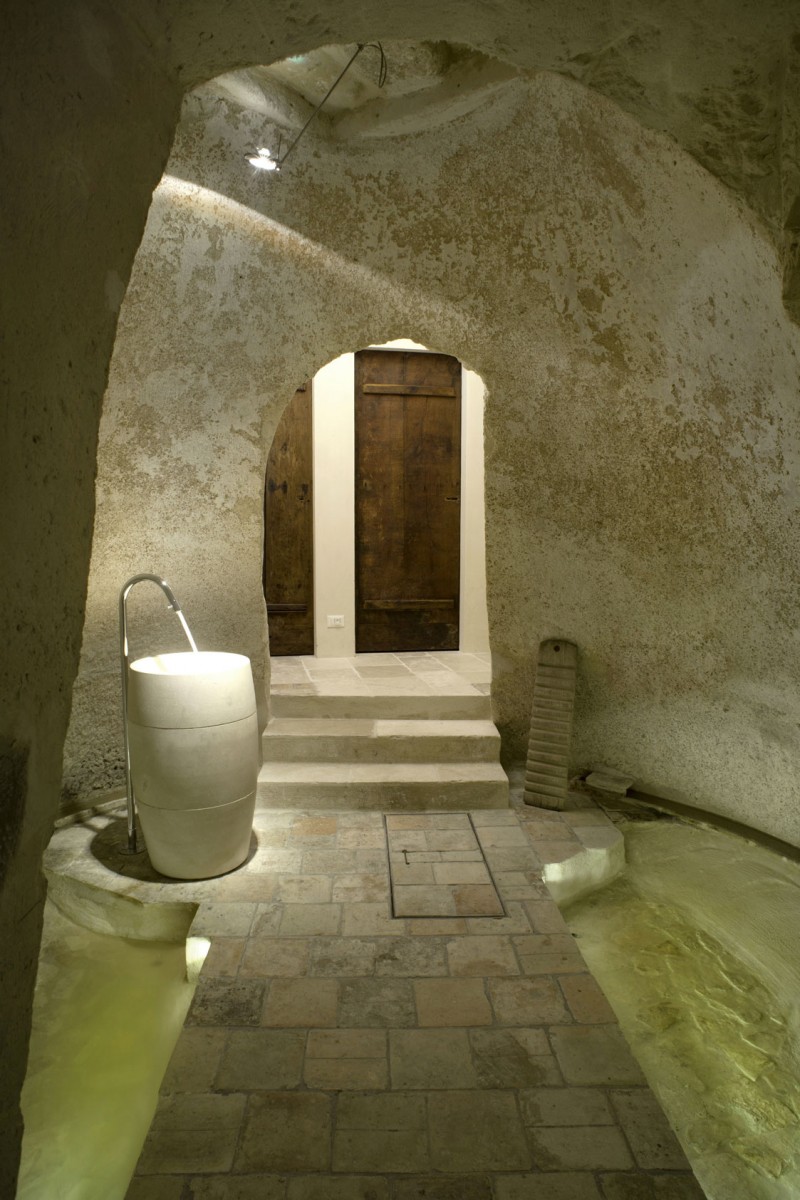 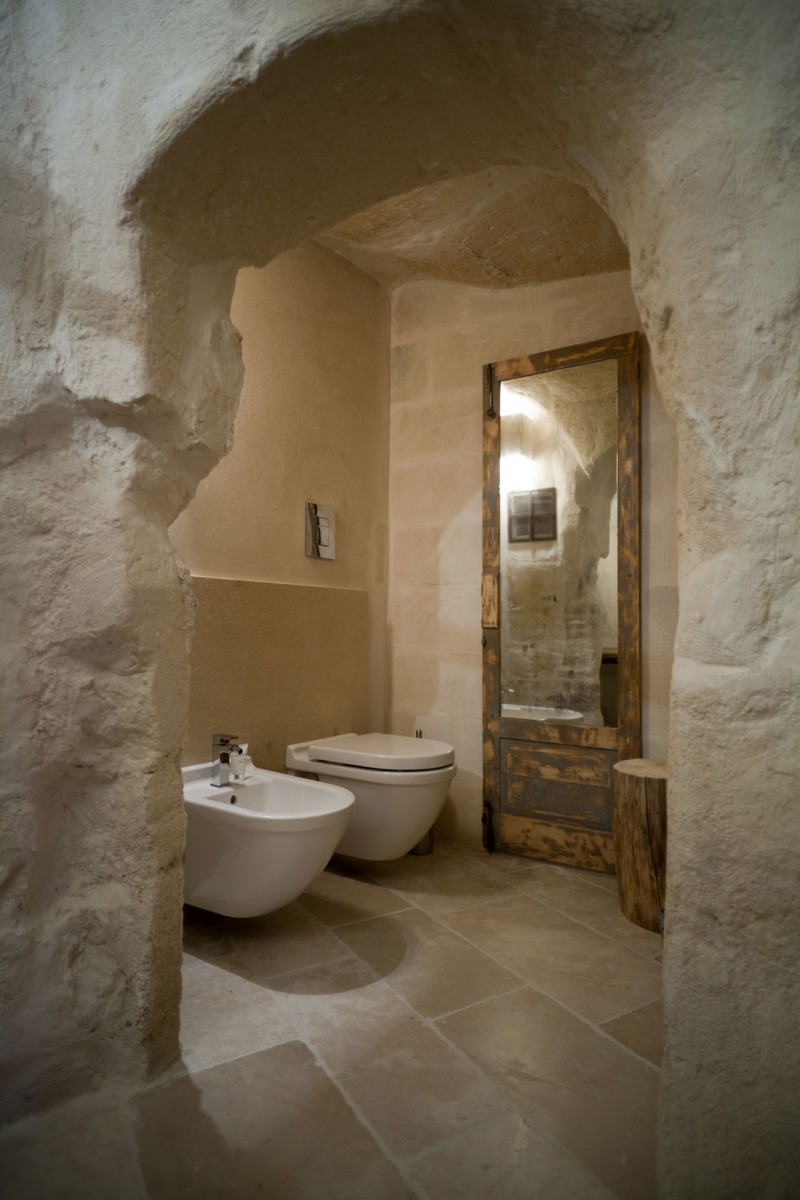 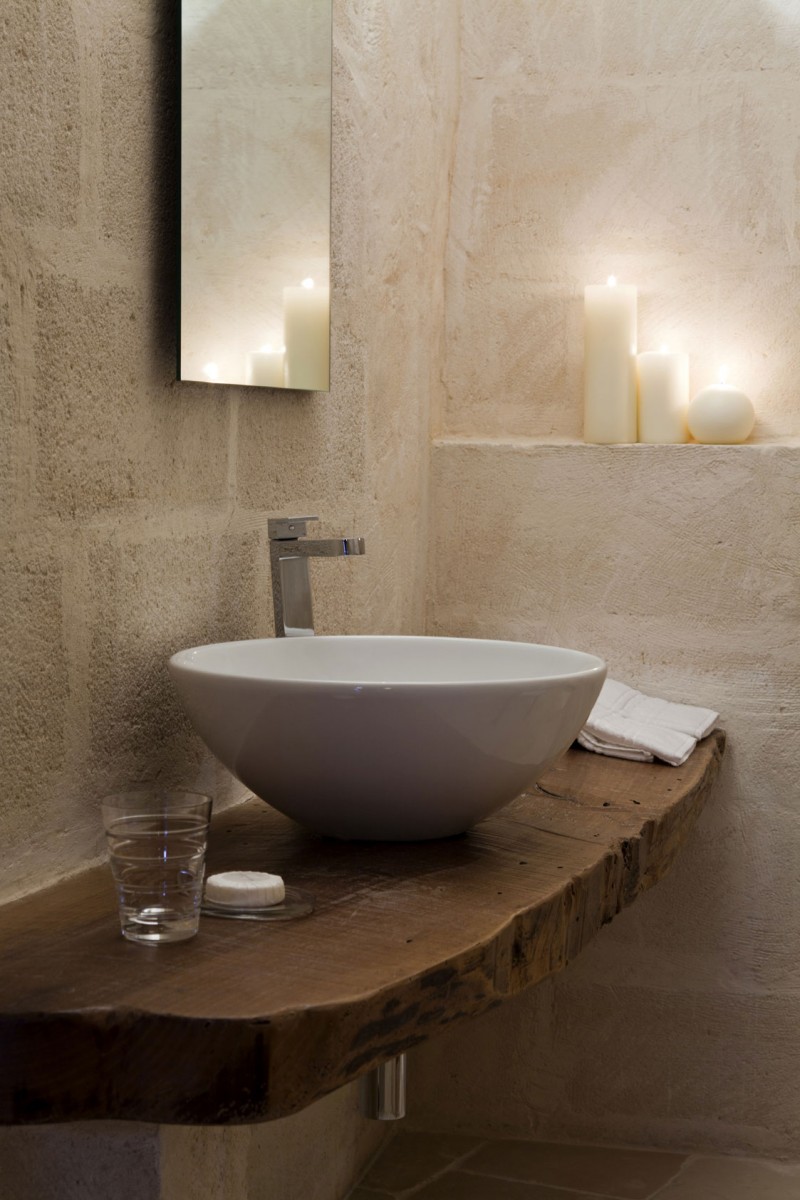 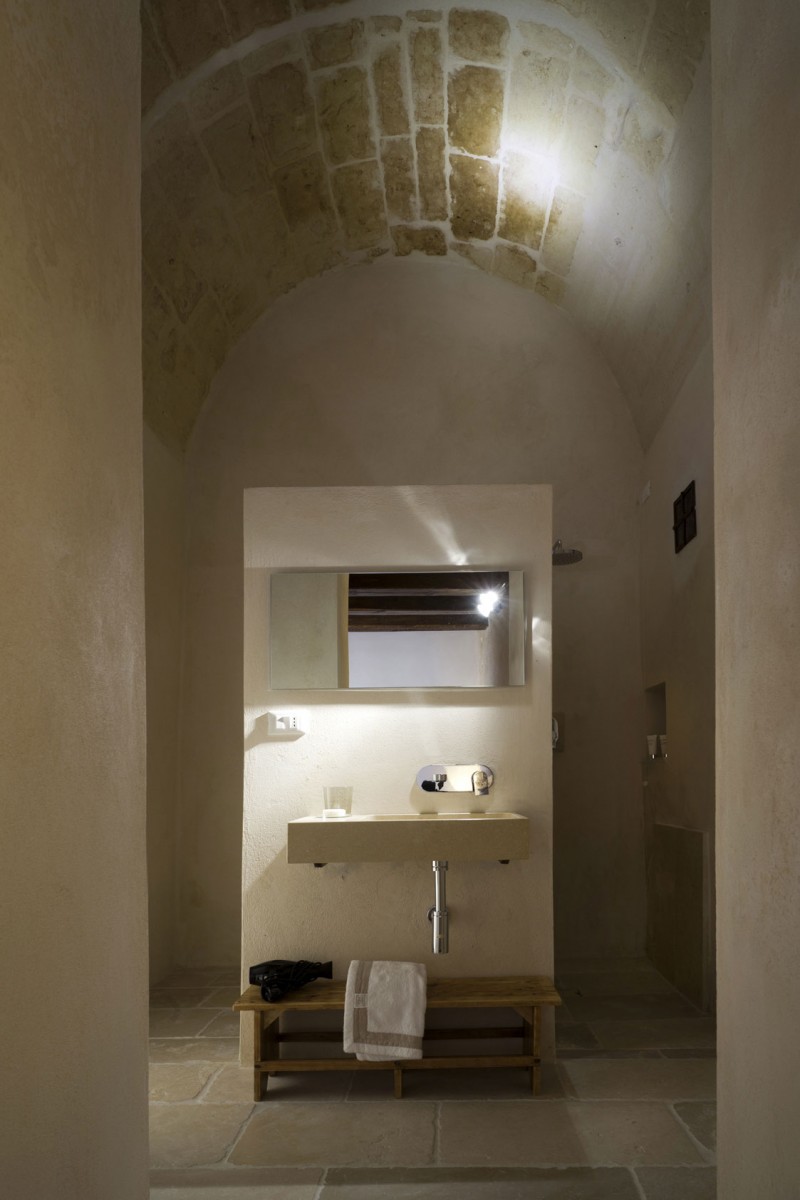 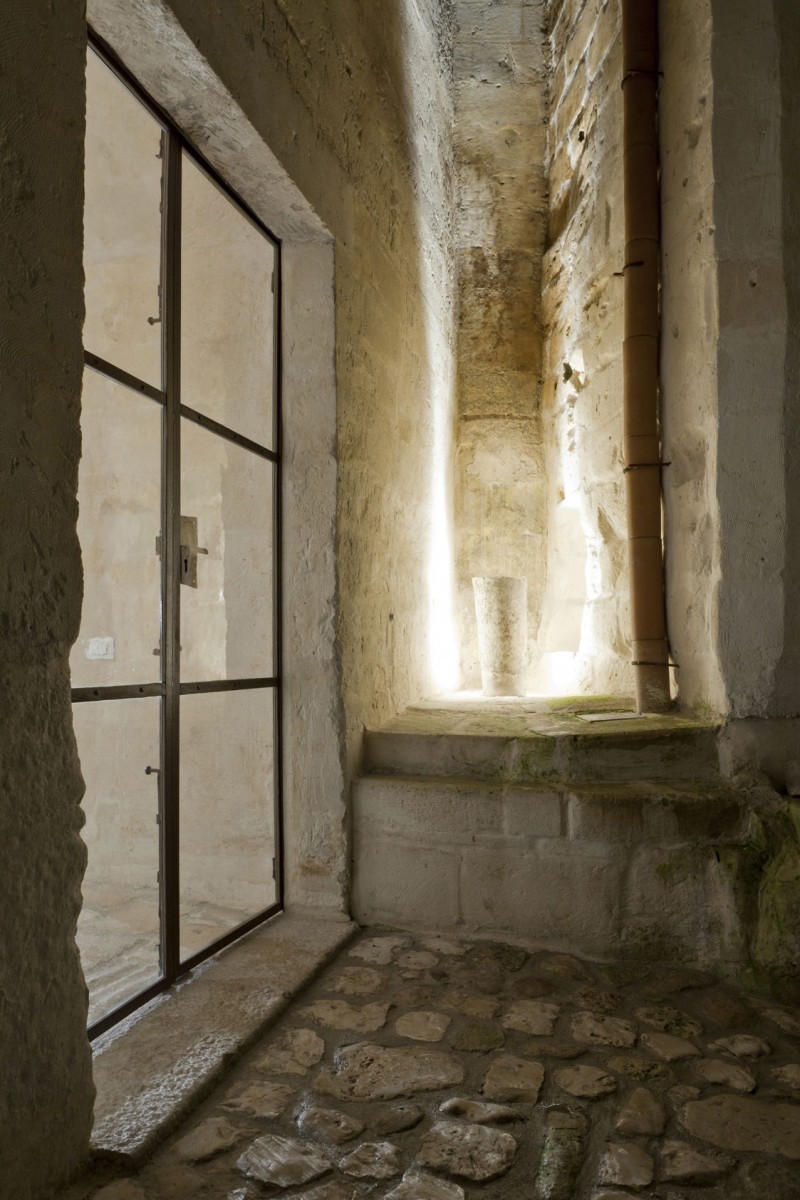 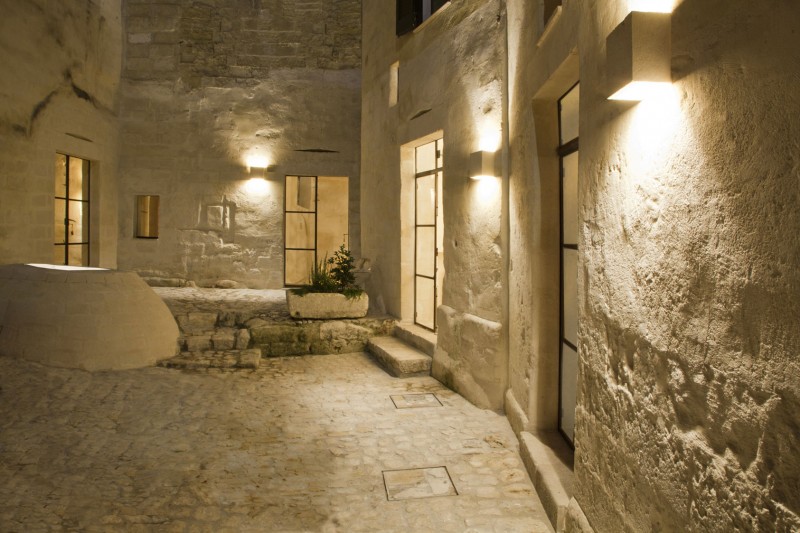 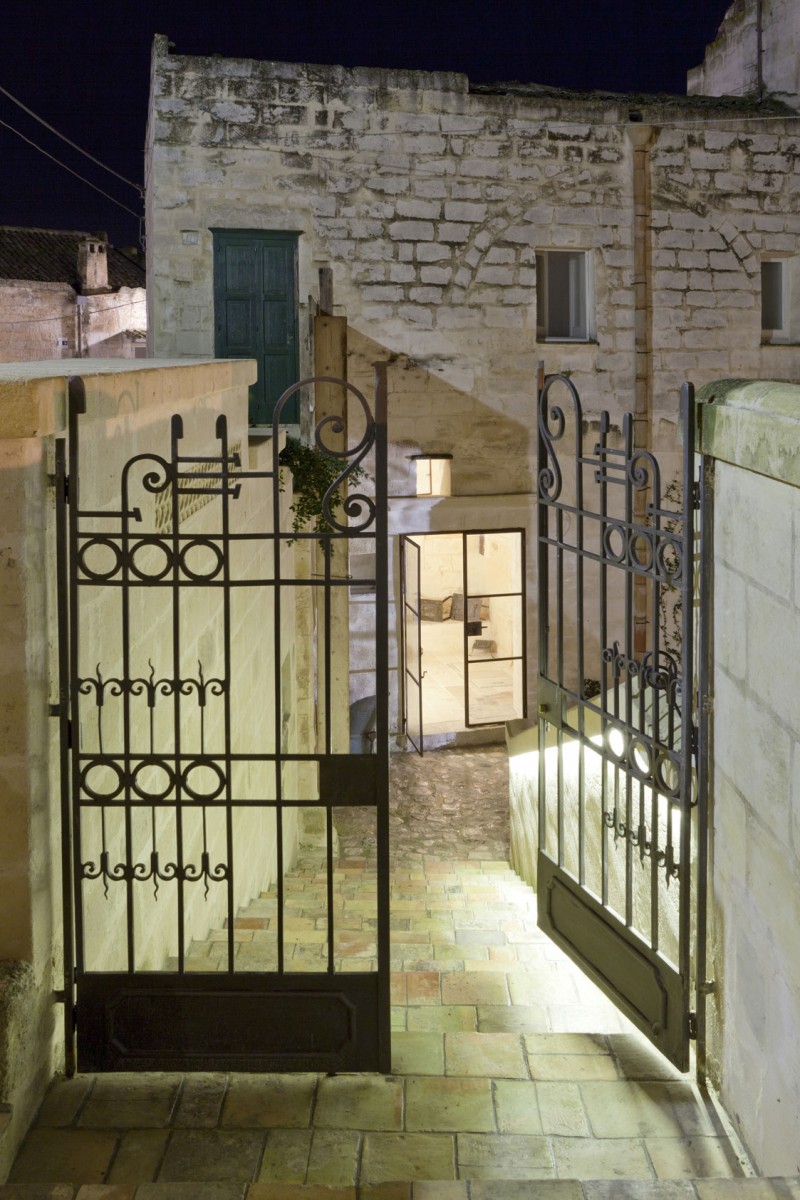 The rooms, former cave-dwellings, keep the same house number as in the past, when they were inhabited by large families.
Remained uninhabited for over 50 years, they have been subject to a long and accurate process of preservation and restoration with discreet modern technological systems and have now become unusual and unique rooms and suites. Breakfast is being served in the courtyard in summertime.
The historical structure has been laid bare, enhancing the asonry in tufa stone featured by niches and old-aged openings, and topped by large vaults. In the courtyard, the upper part of three cisterns helps understand the systems formerly used to collect the rain waters, subsequently connected to one another probably during the second world war. They now can be visited through highly suggestive inner passages. This is one of the main reasons why Matera is part of the Unesco world heritage list since 1993, rainwaters were then used by the inhabitants of the cave-dwellings.
At Corte San Pietro, technology is invisibile, Wi-Fi is available everywhere, which allows our hosts to use it admiring the plants typical of the mediterranean vegetation such as salvia, rosemary or myrtle.
Photos by: PierMario Ruggeri