Rhapsody in white is an attic apartment designed by at26 and is located in Bratislava, Slovakia. 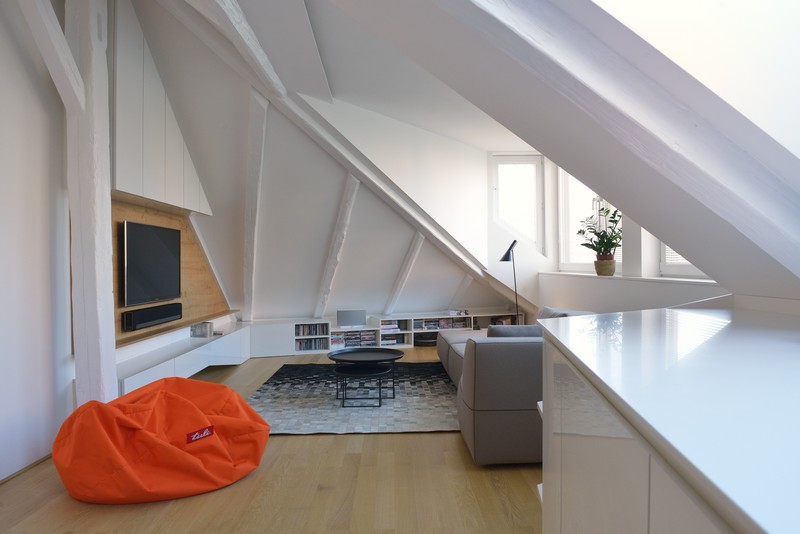 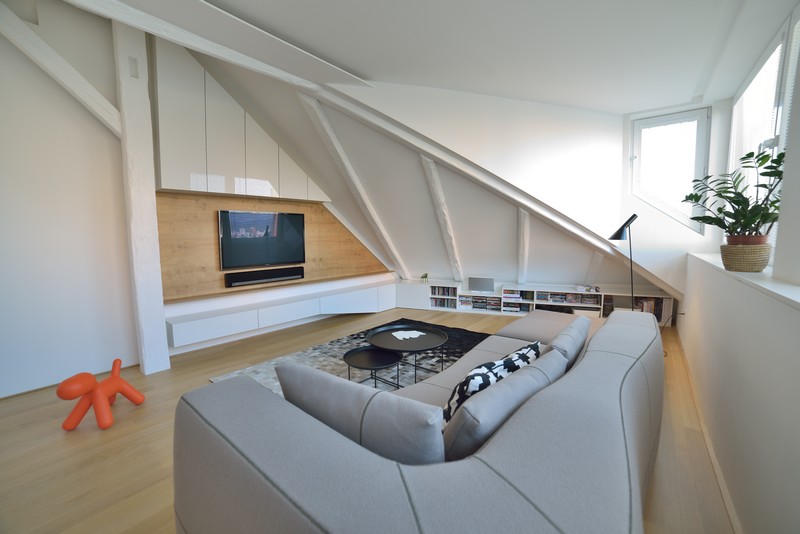 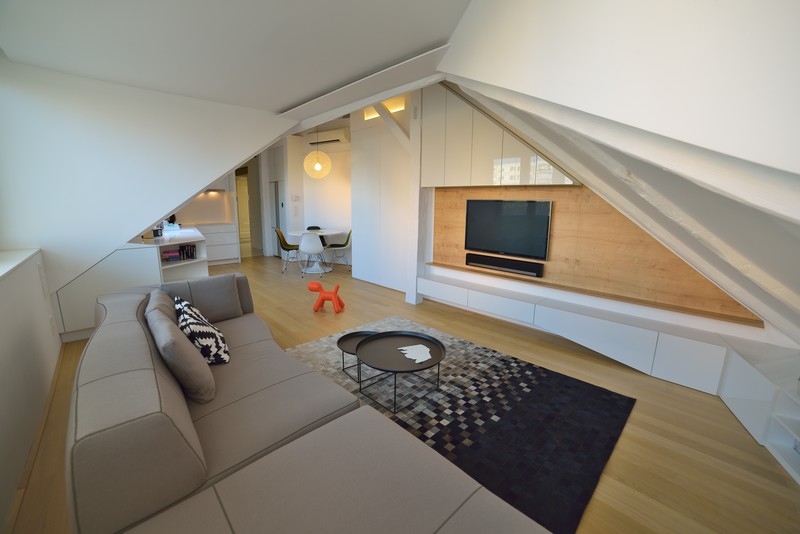 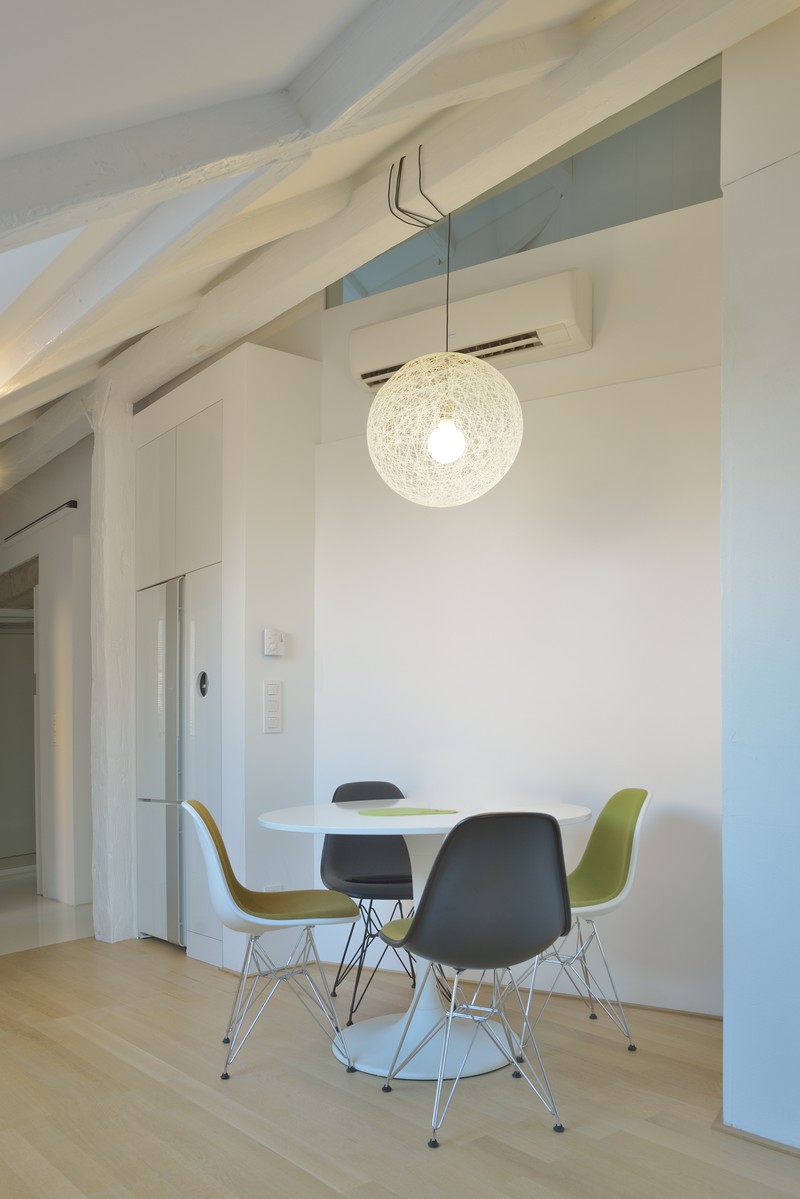 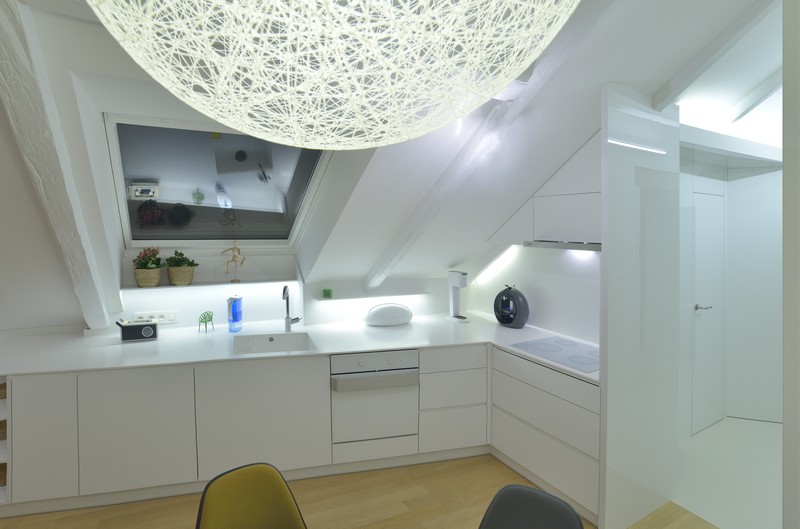 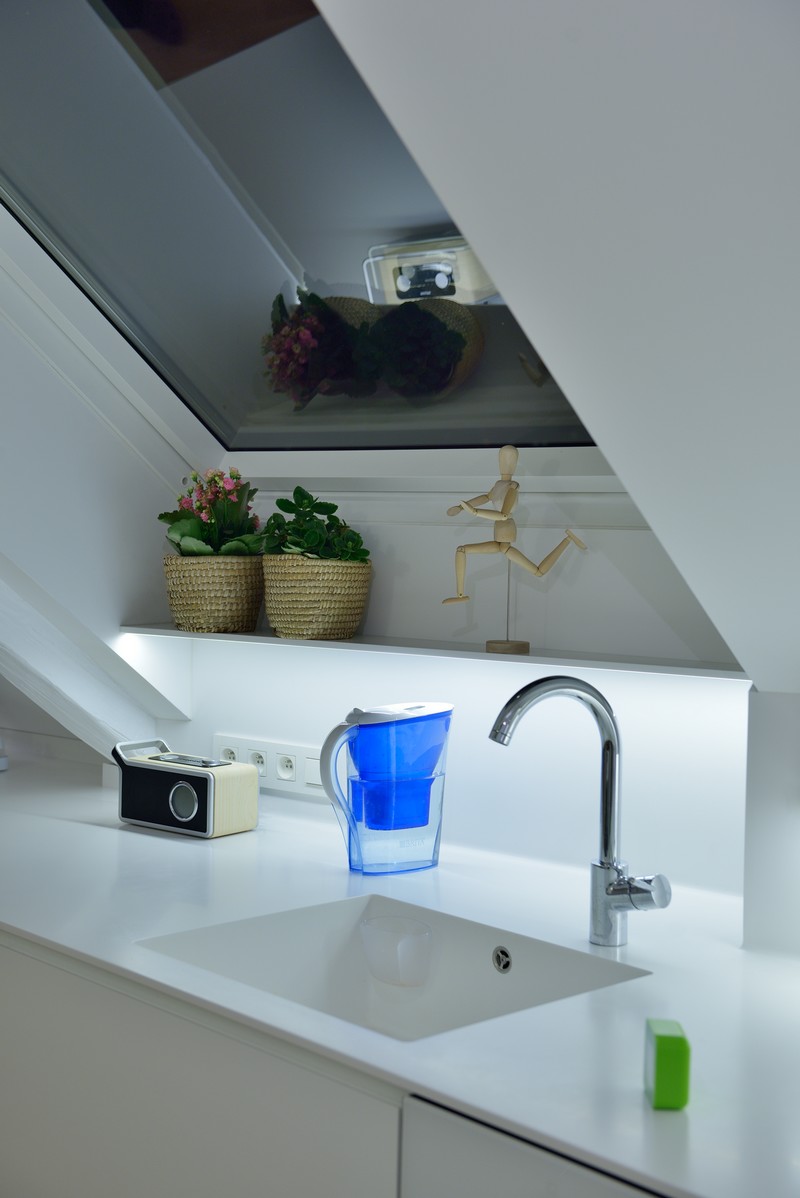 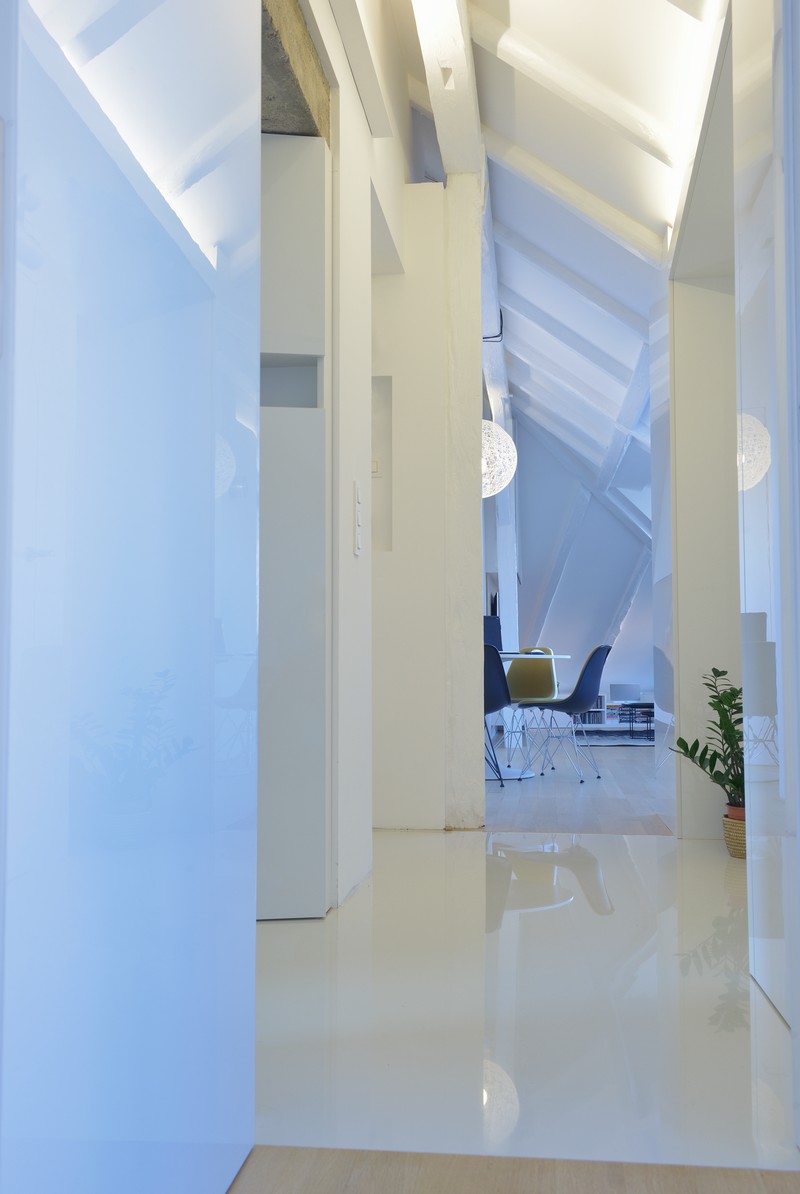 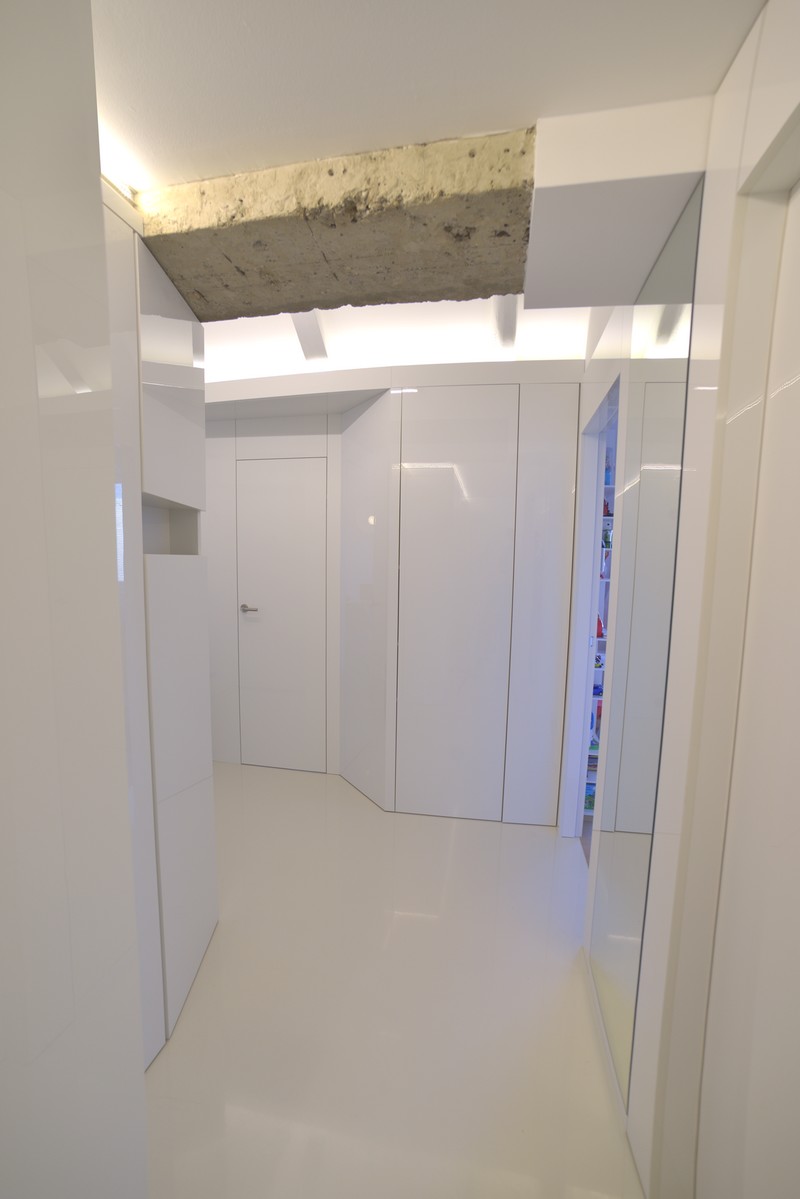 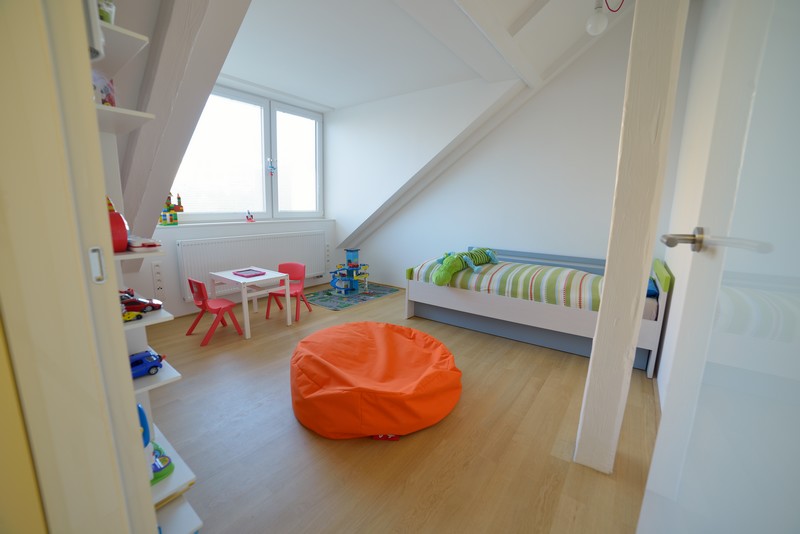 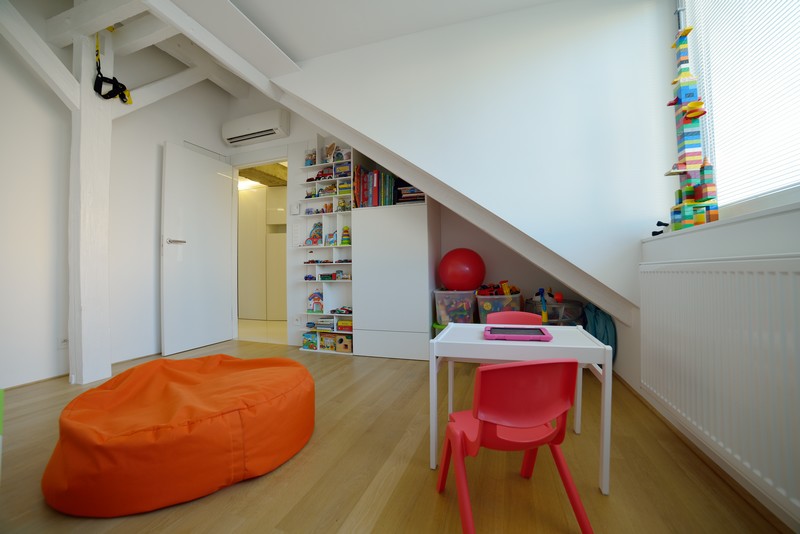 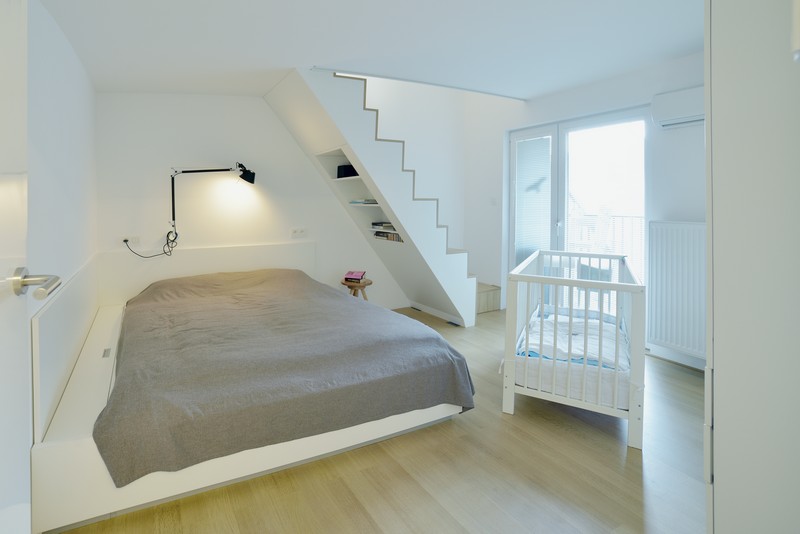 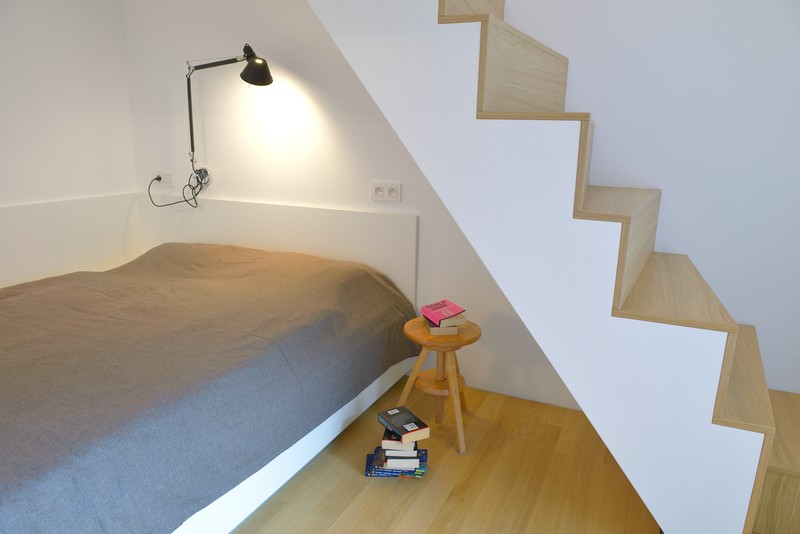 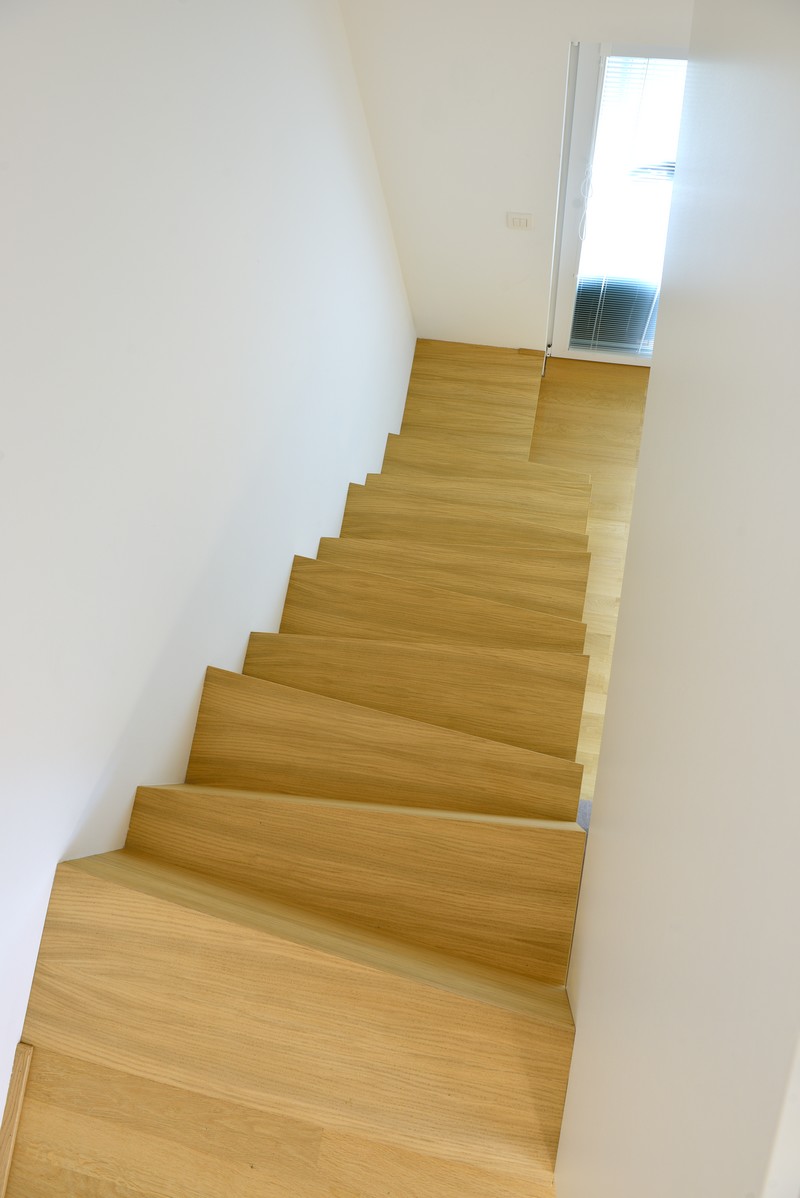 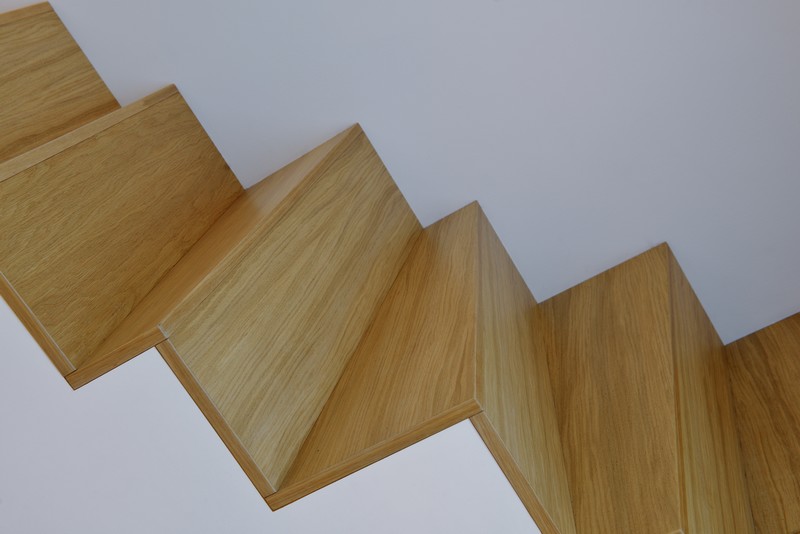 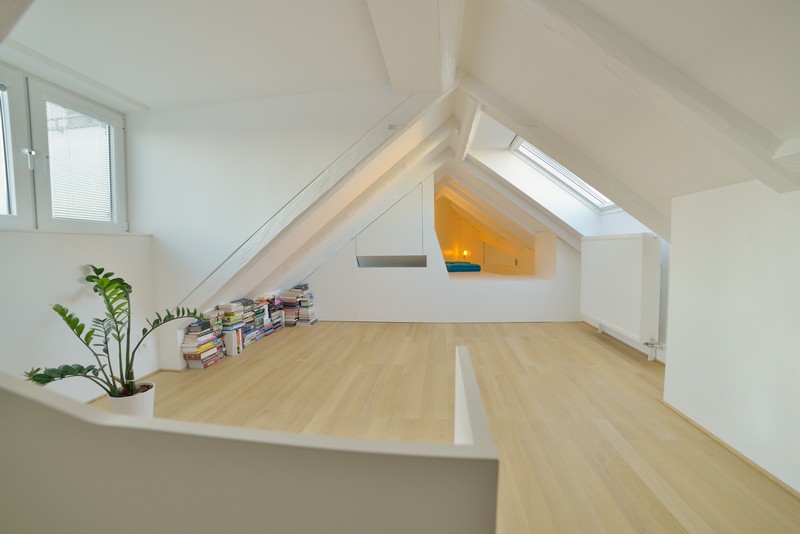 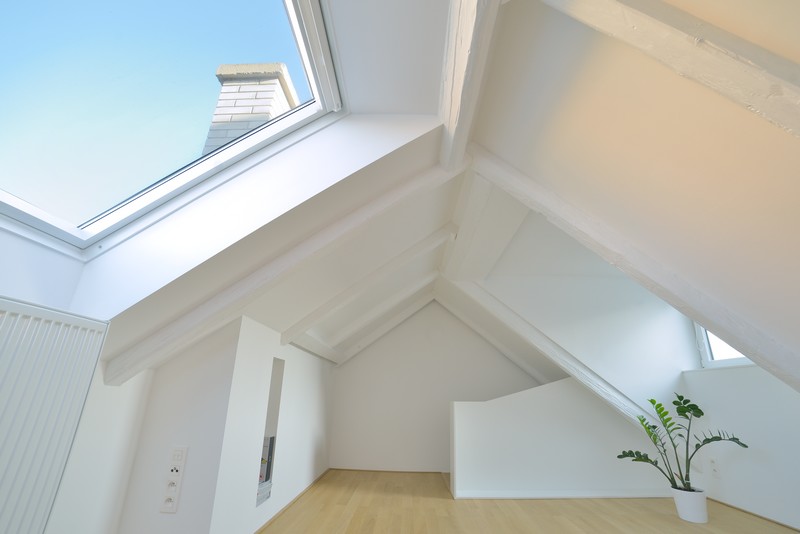 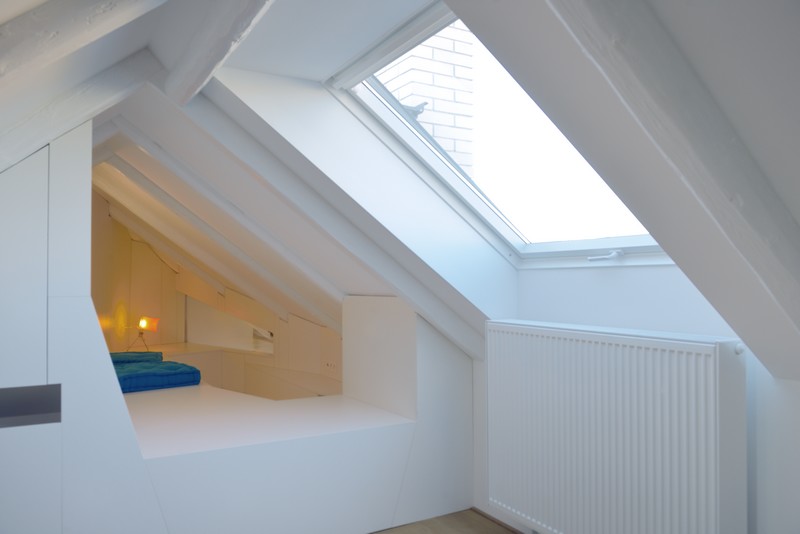 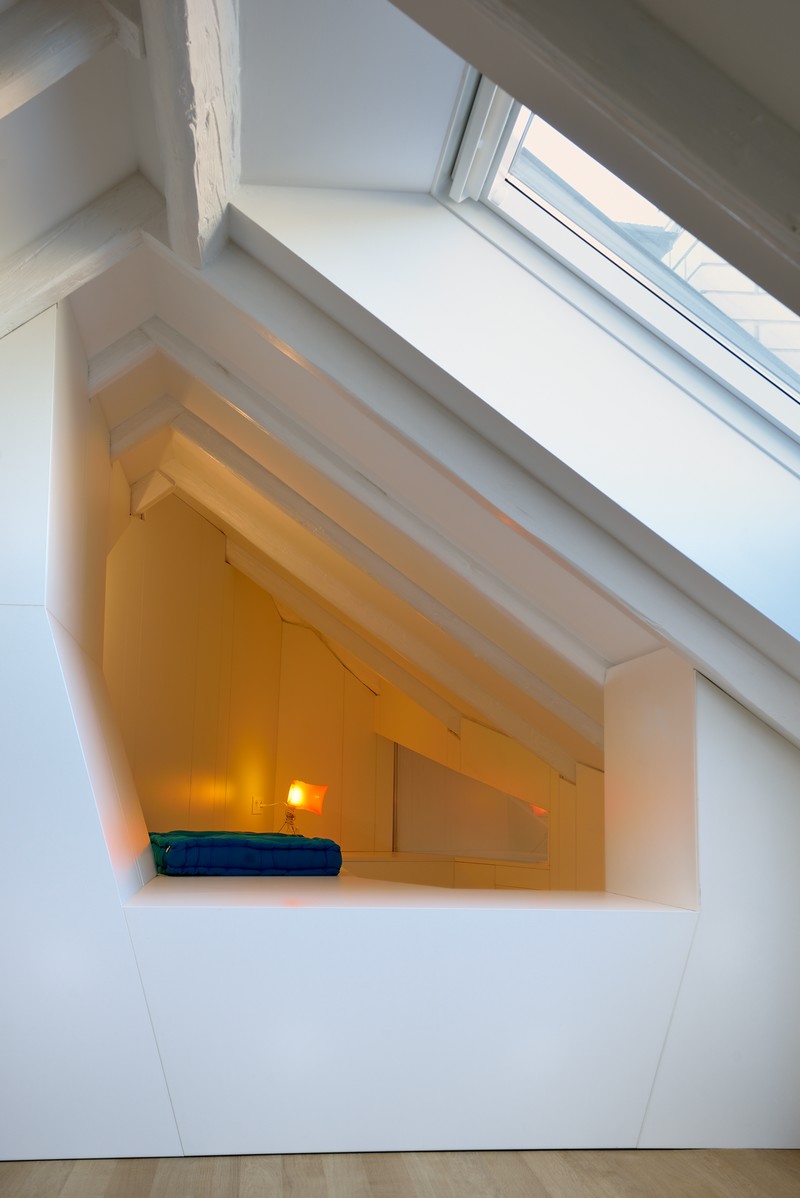 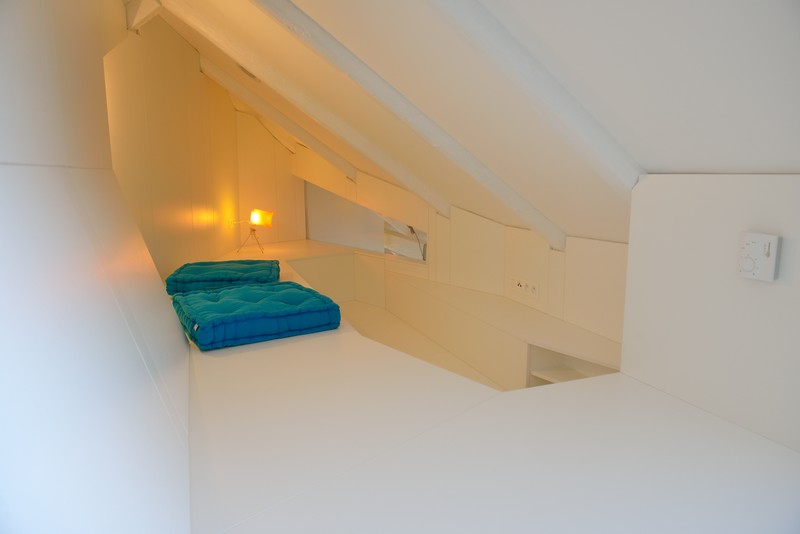 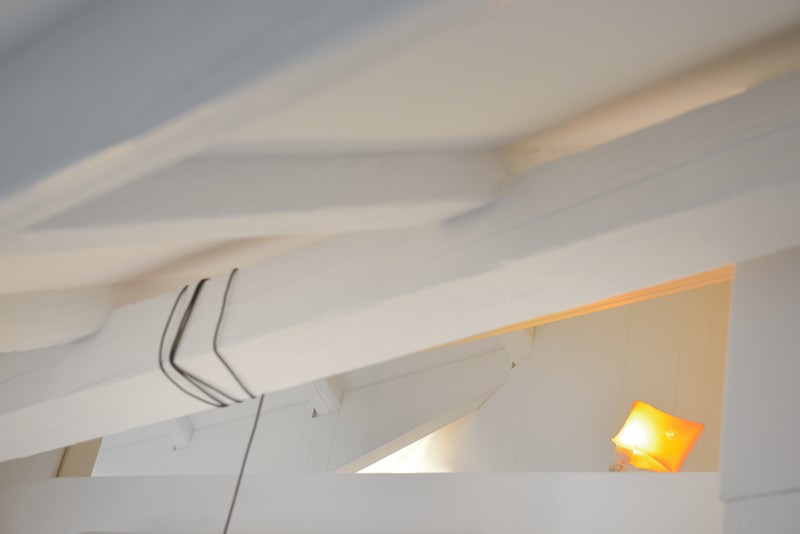 “The flat is located at the top of the block of flats from 1920´s is situated close to the Center of the Capital of Slovakia – Bratislava. It belongs to some of the older neighbourhoods of Bratislava, formerly known as „Ziegelfeld“. that has an interesting historical context, being a mix if industrial and residential nature. This imprint of historical feeling is still present there.
Long before the begining of the construction we found a space in the attic of an apartment house, that was not in very good condition. For a long time the attic had served as a pigeon’s nest and a place for drying clothes, which resulted in lowering the quality of space and construction.
What followed was cleaning the space and analysing the condition of truss and bearing structures. Due to unsatisfying results, some of the original beams were replaced by new and together they form the truss, which is essential part of the design. Upon the old truss, a new one was built, also containing a layer of insulation. The whole roof is covered by sheatings made of steel withstanding seams in the color of anthracite.
With new roof standing, the authors had an Idea, that white color will be essential element in the whole apartment, visually enlarging its spaces. And at the top of it, white color will help to unite different shapes of connected spaces throught the interior. Also to improve the cubature of space, dormers were built in several rooms.
The disposition of the two floor´s flat contains of entry, a connected space of kitchen and living room, bathroom and corridor with technical support of the flat. There are also three bedrooms, which function can be changed over time to fulfill the everchanging requirements of he family. Stairway, located in one of these rooms leads to the upper floor with inserted „Space module“ with high visual aproach. This chill-out zone also visually interacts with the living room through a opening in its wall. There is also a balcony oriented to the inside of the block.
Part of the reconstruction of the Attic of the house was also a lift , which has noticably improved mobility of all residents (especially the elderly) of the block.
Design of the Attic on Česká street in Bratislava is trying to deliver the charm of an old Bratsilava quater with very simple and functional design and good sense for architectural values of surroundings and structure.”
Photos by at26