House Rehabilitation is a project designed by Dom Arquitectura and is located in Noutigos, Carnota, A Coruña. It covers an area of 202 m2 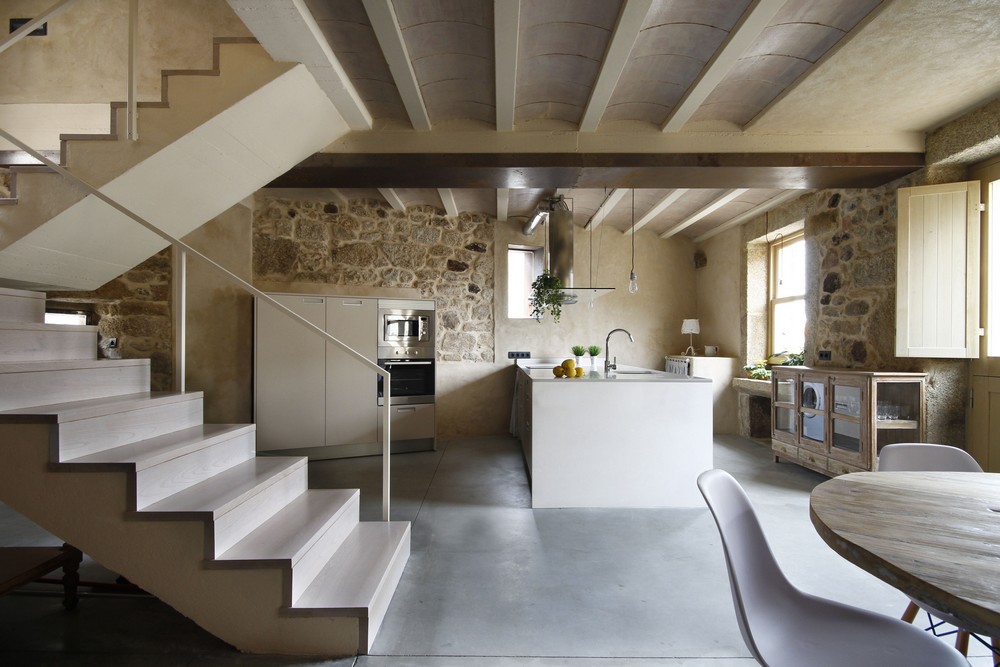 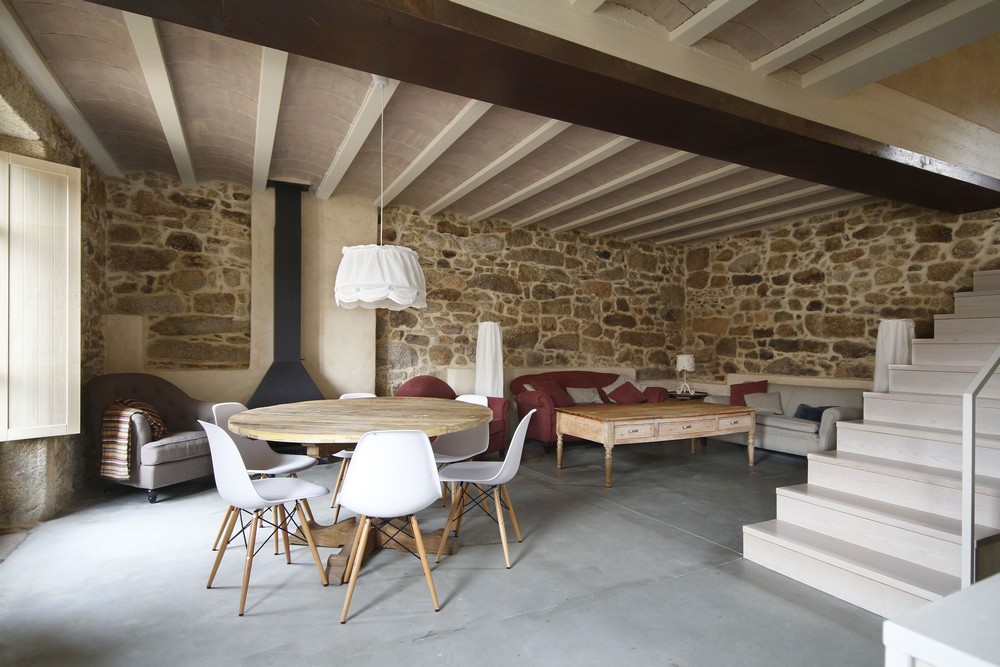 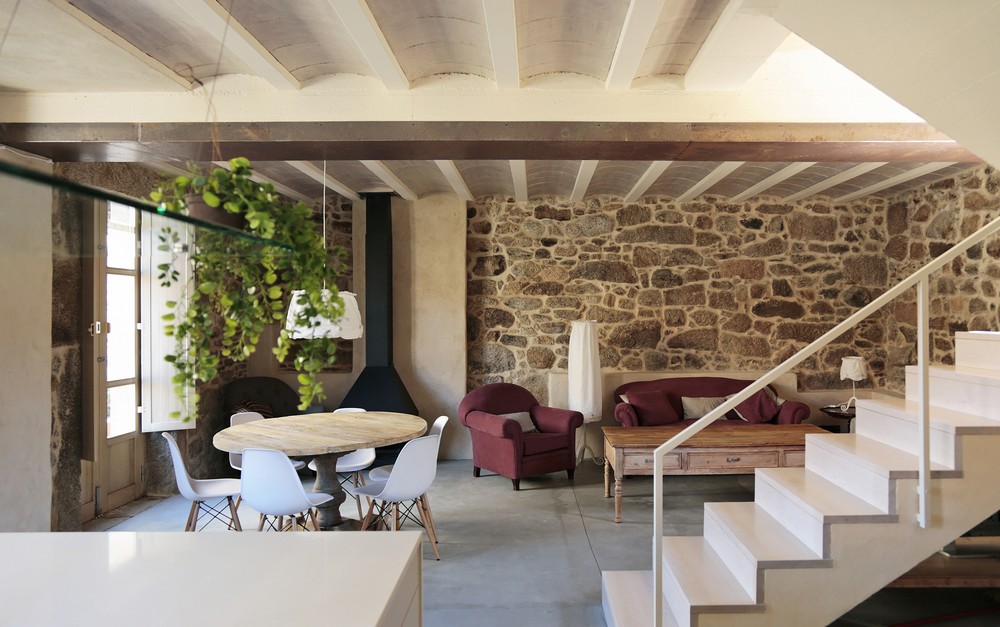 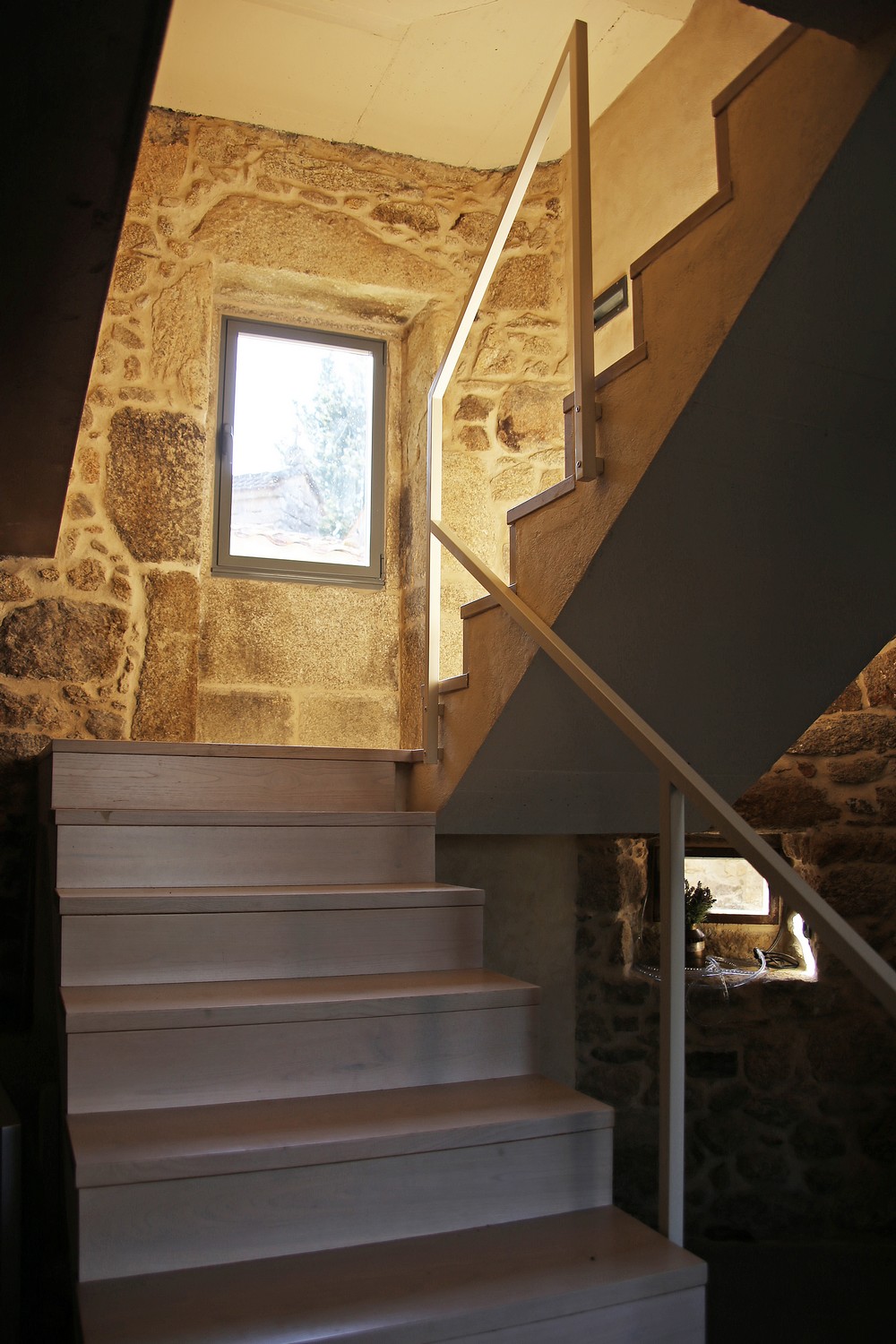 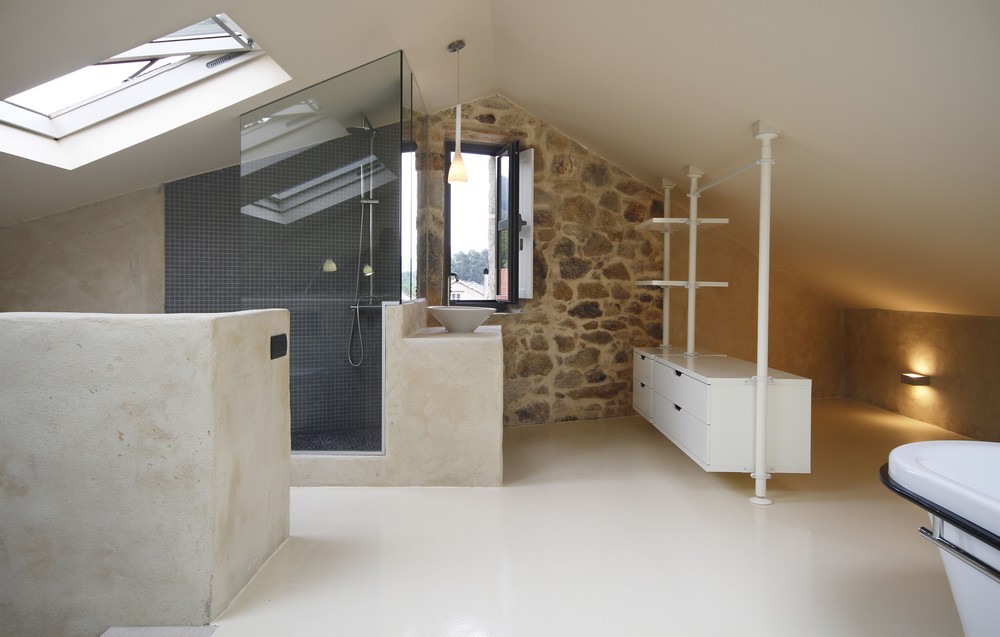 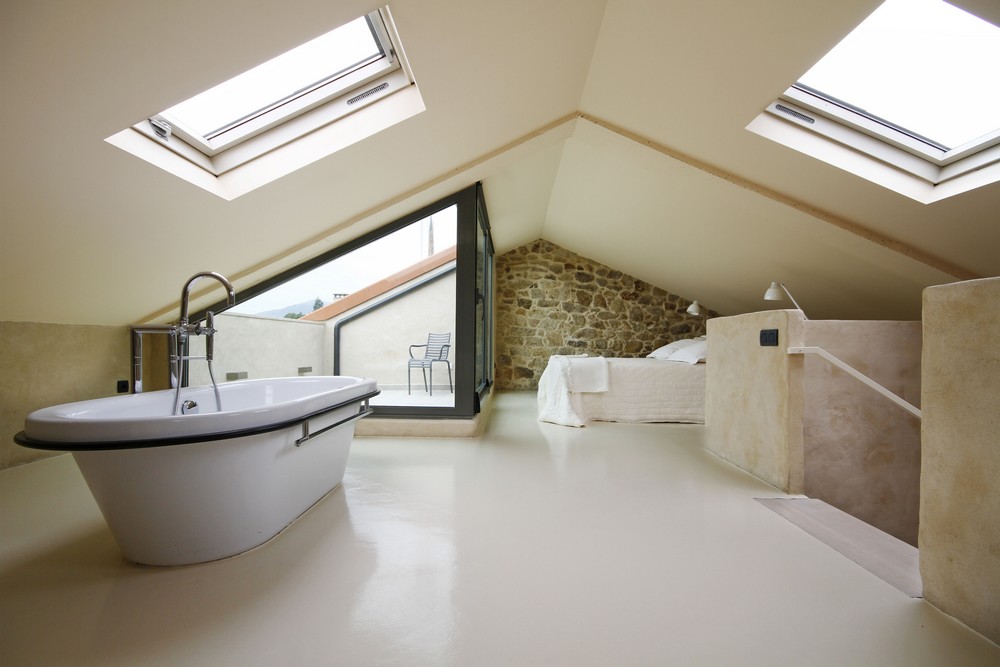 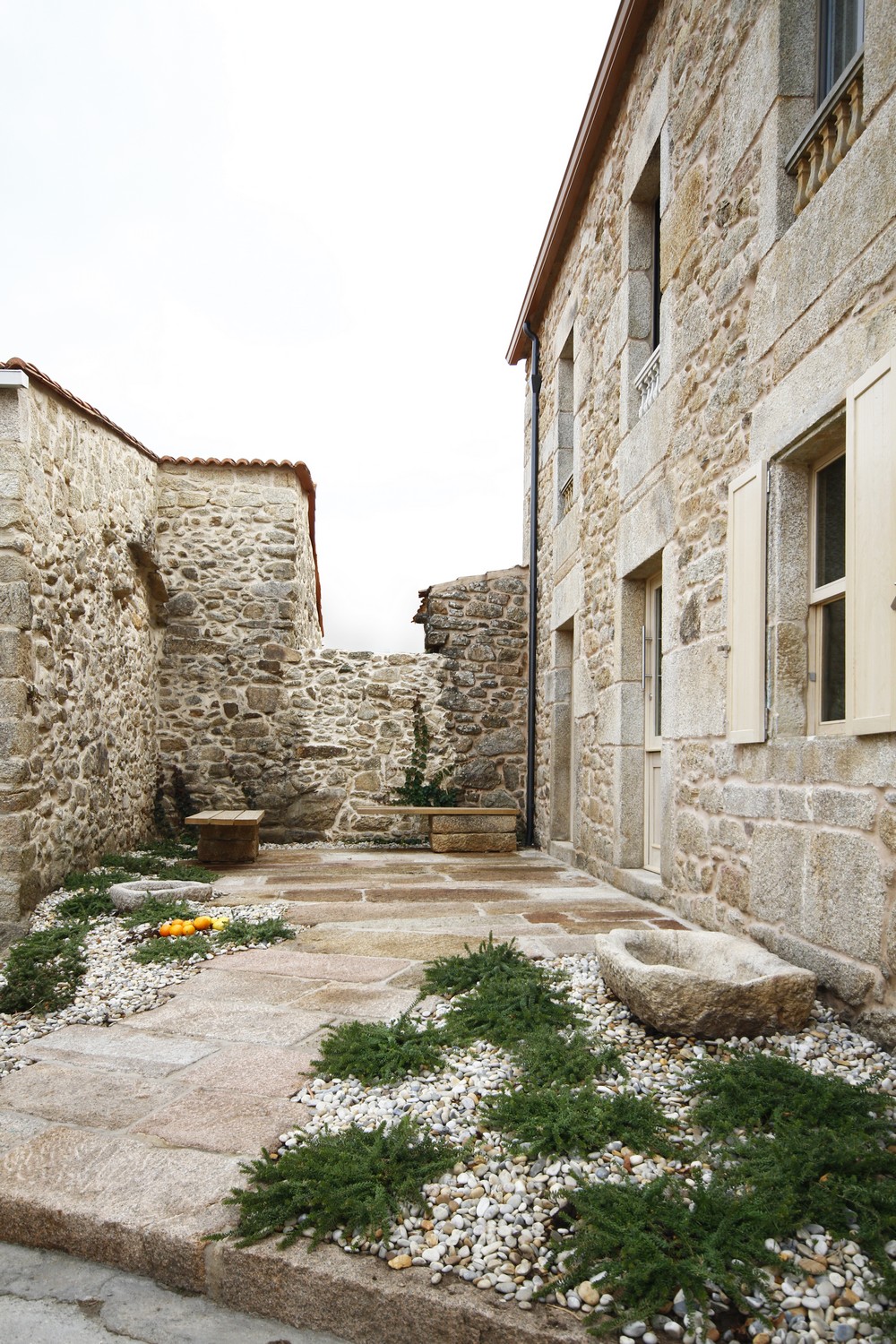 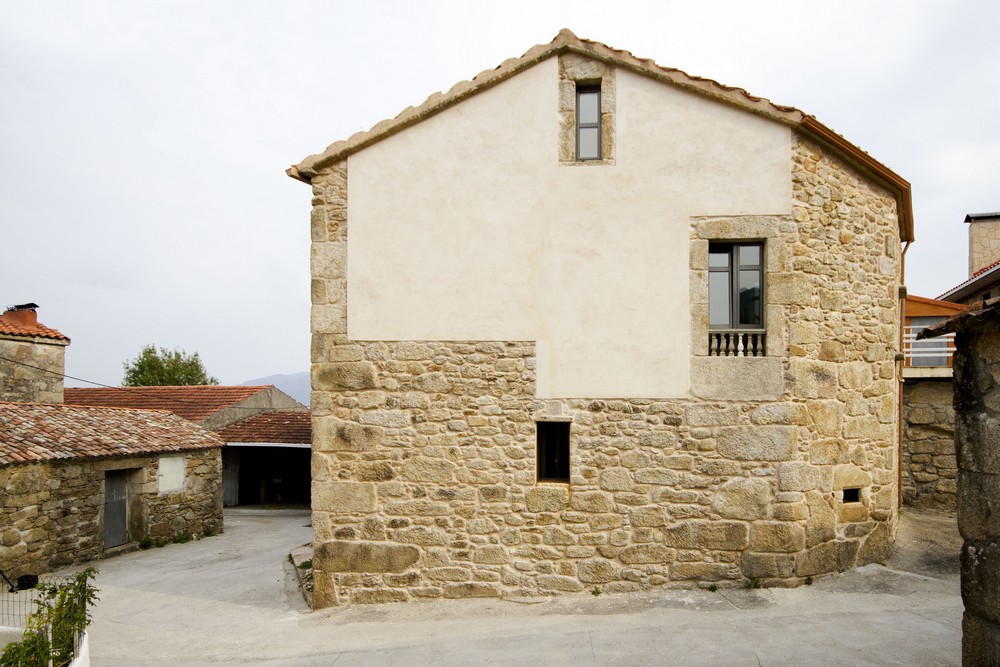 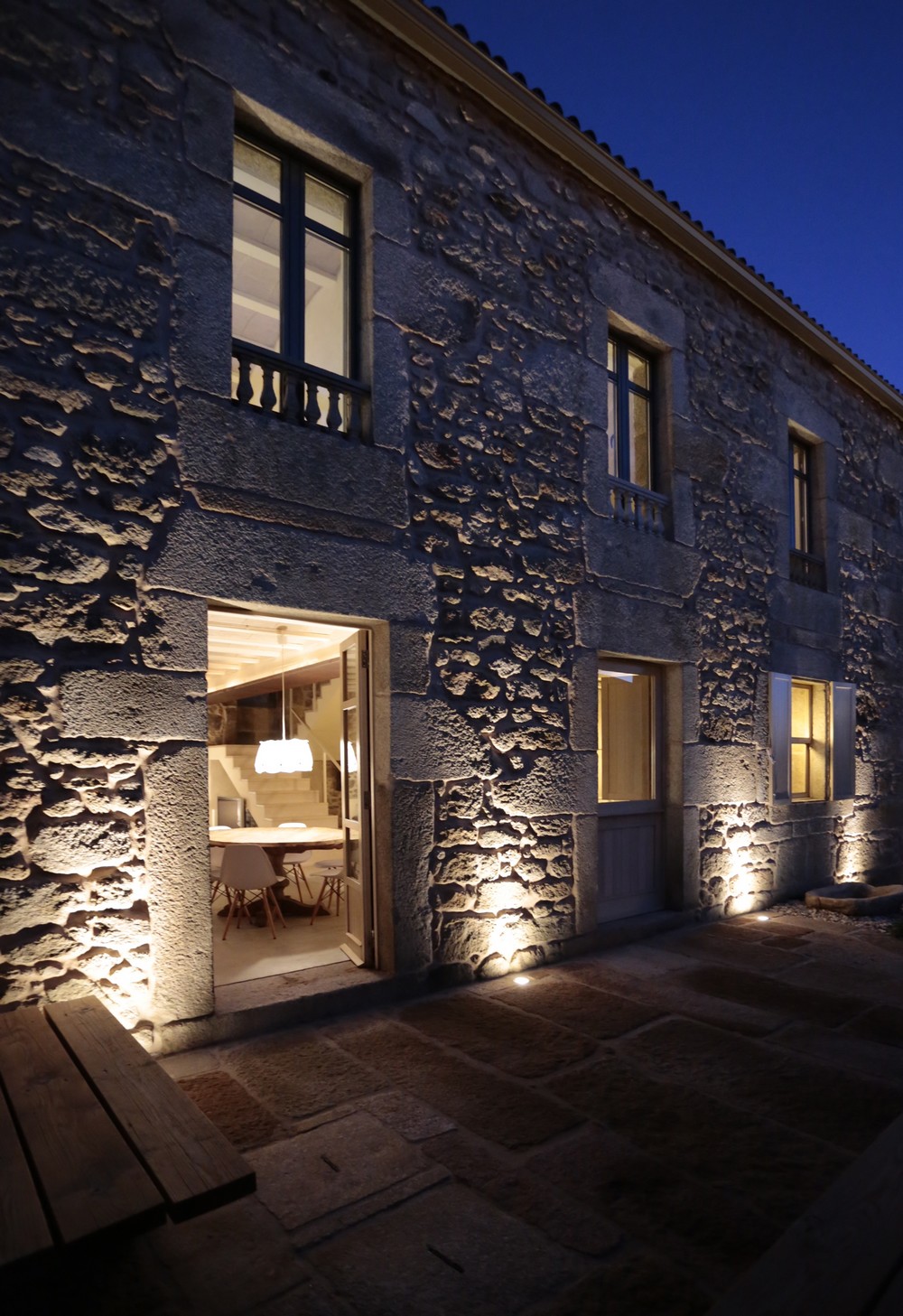 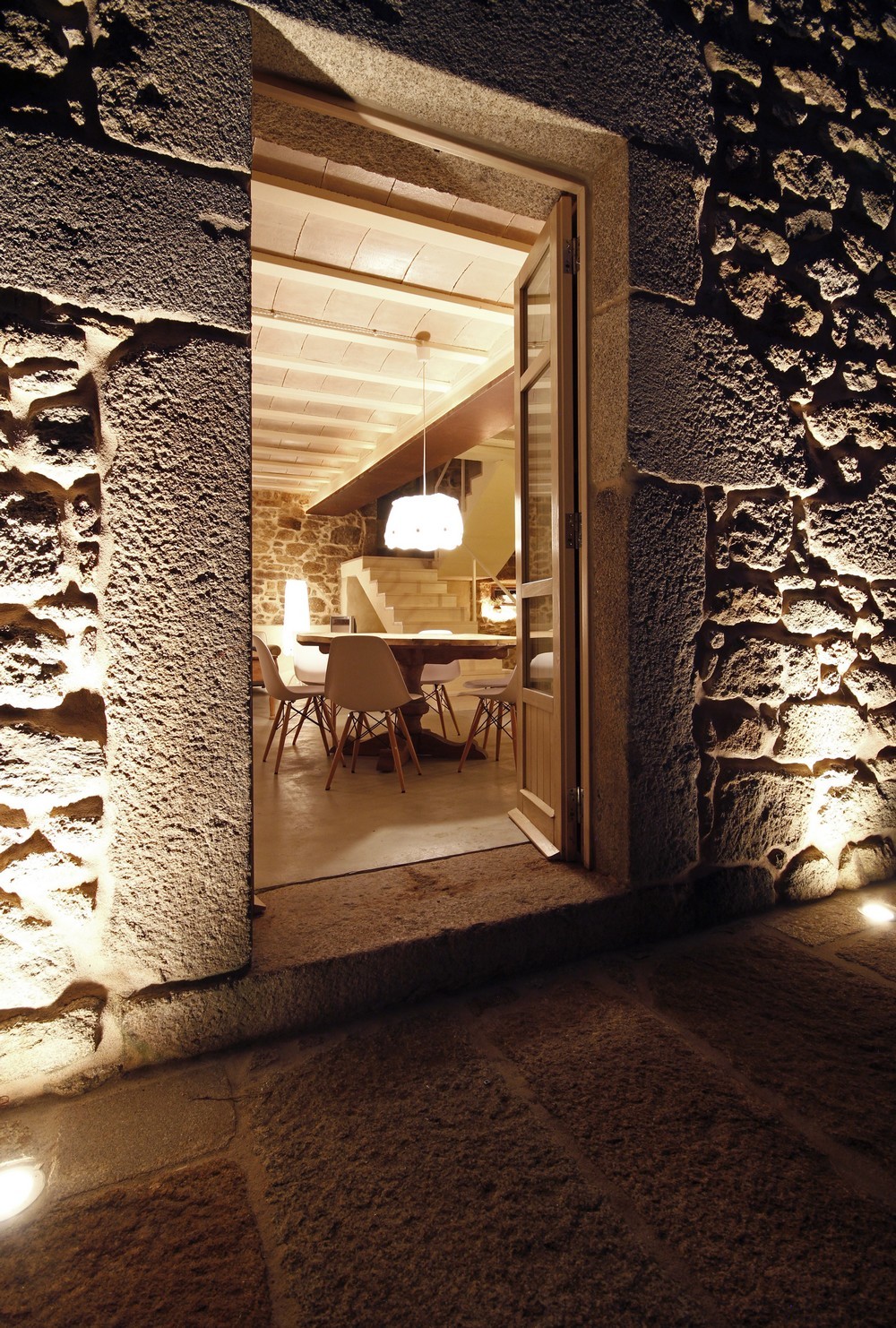 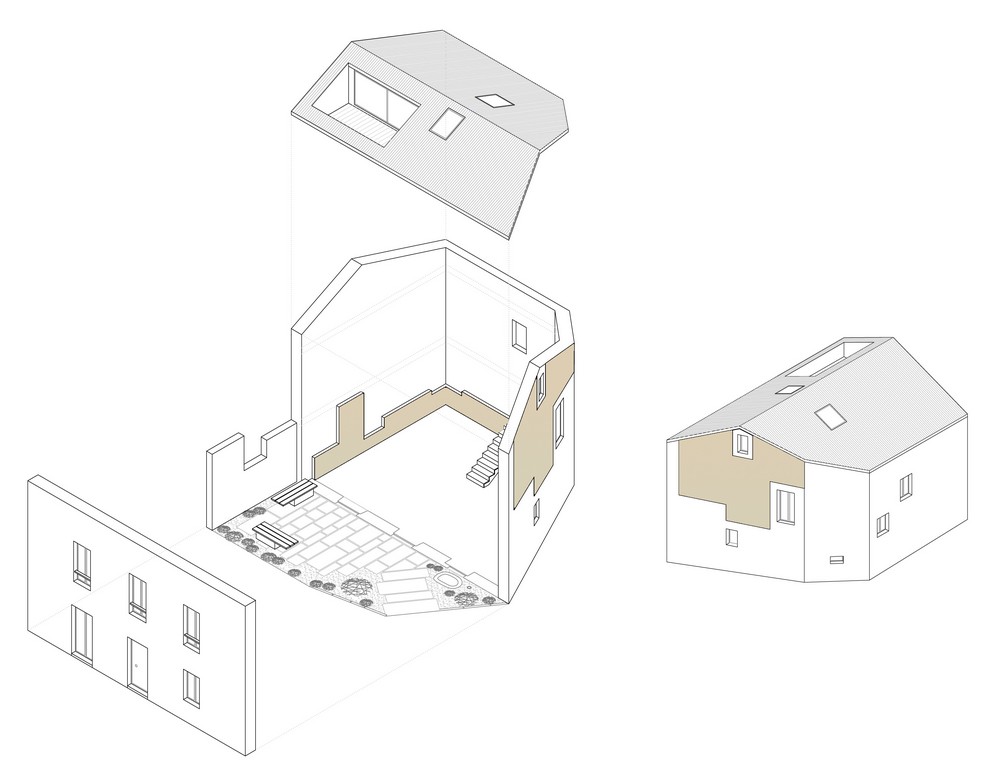 The aim was to act respecting the current volumes of this old house, located close to the river in the village of Noutigos. Maintaining the stone facade, replacing the original windows in chestnut wood, we just only propose two new small and strategic openings in the south wall for their views and the natural light needed for specific locations. The new openings with iron frame and fixed glass contrast with the existing ones and which are treated with a chestnut wood.
Part of the south facade formed with very small stones has had to repair due to continuous moisture, so we propose a mortar render. We have maintained the large stones around the windows, and have continued to finish smoothing existing lines almost the entire first and second floor.
The entrance garden has been treated with a great old reclaimed flagstones, wood benches, albizias, ivy and lavender, give us a simple but hearty welcome.
The recovered stone forms the interior finished walls. In the ground floor they combined with ocher mortar, it generates a game as a baseboard with different heights, covering damaged stone areas and adapting to the interior space distribution. The result is a balanced interior finish where dominates the mortar ocher and stones colors.
The ground floor is a open space with a continuous pavement, where we place the dining room, the kitchen and the living area. On the first floor we located three bedrooms and two bathrooms. The slabs are made with clay vault painted with a gray glaze.
The second floor under the cover is a space originally used as clothesline, now has become a completely open space, flooded with natural light through skylights and a cut in the cover that originates a small terrace with beautiful views to Finisterre and the Carnota bay.
Respect the stone, recover the existing elements and combine them with an open and new distribution, actual lighting and furniture, creates a new charming spaces.
Architect: Pablo Serrano Elorduy
Interior Designer: Blanca Elorduy
Photographer: Victor Solis