Ace Hotel Downtown Los Angeles opens in the historic United Artists building in Downtown LA. Built in 1927 for the maverick film studio, the ornate, storied theatre and tower stand as monuments to a group of seminal American artists pushing out on their own, and anchors the Broadway Theater District’s modern renaissance. 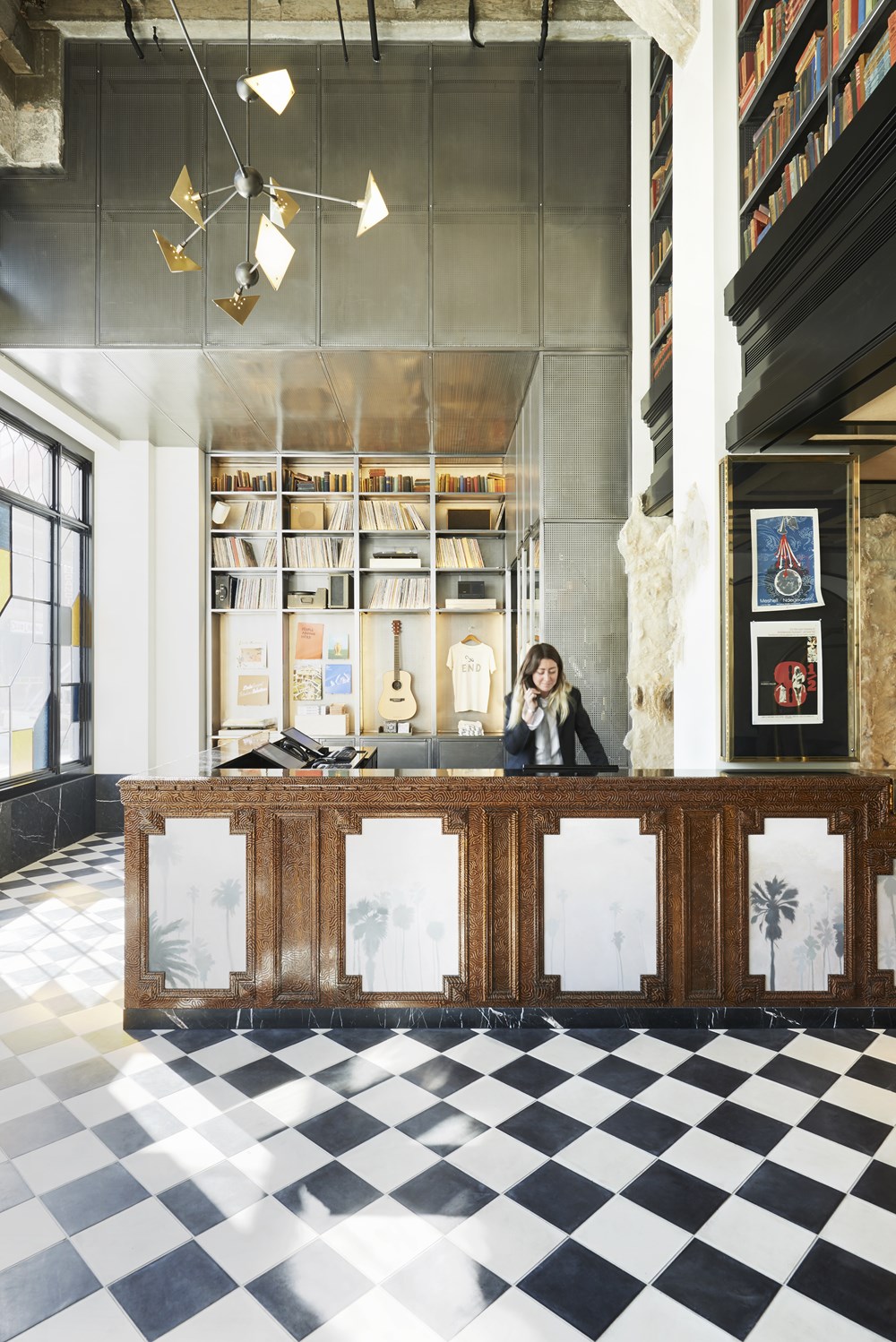 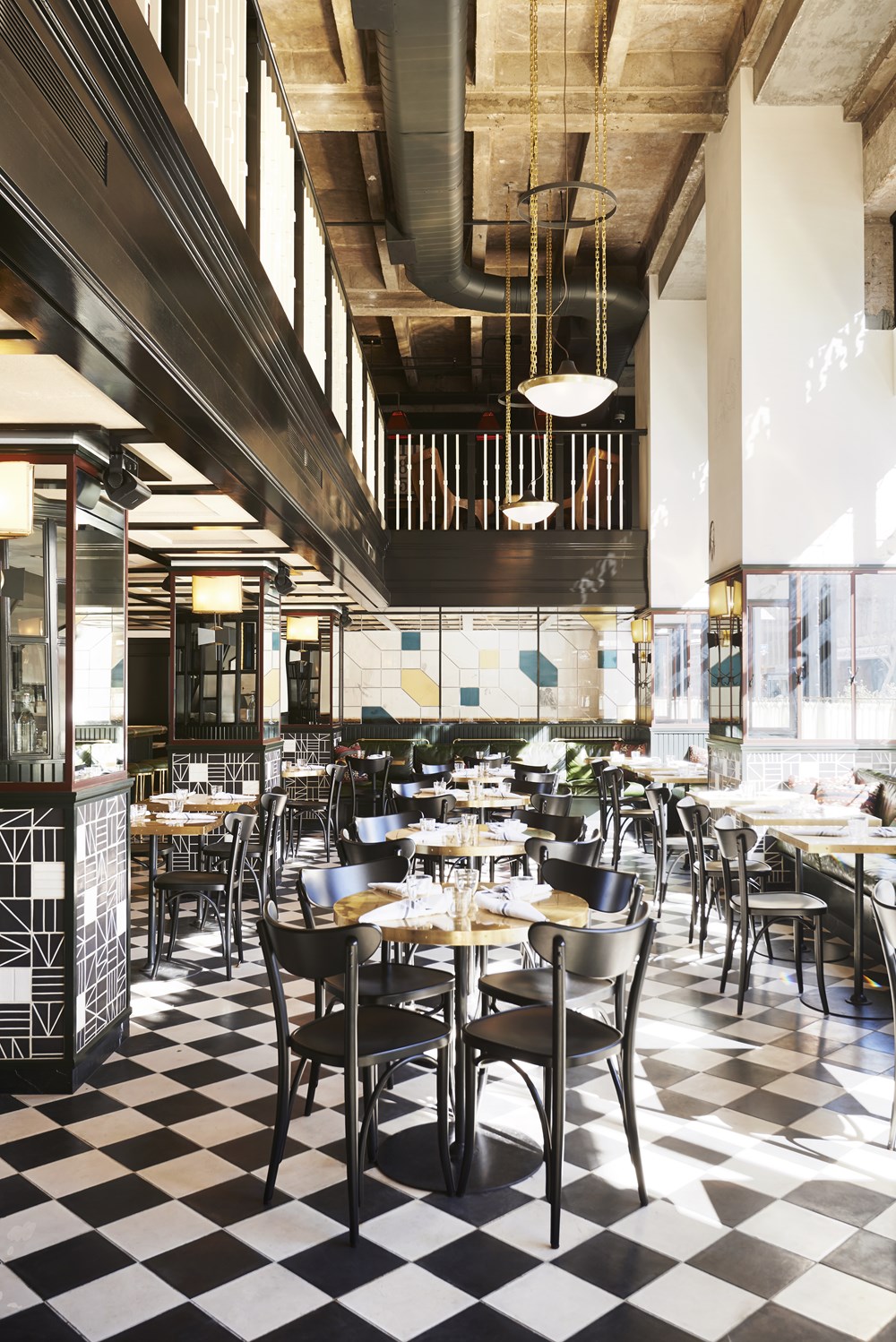 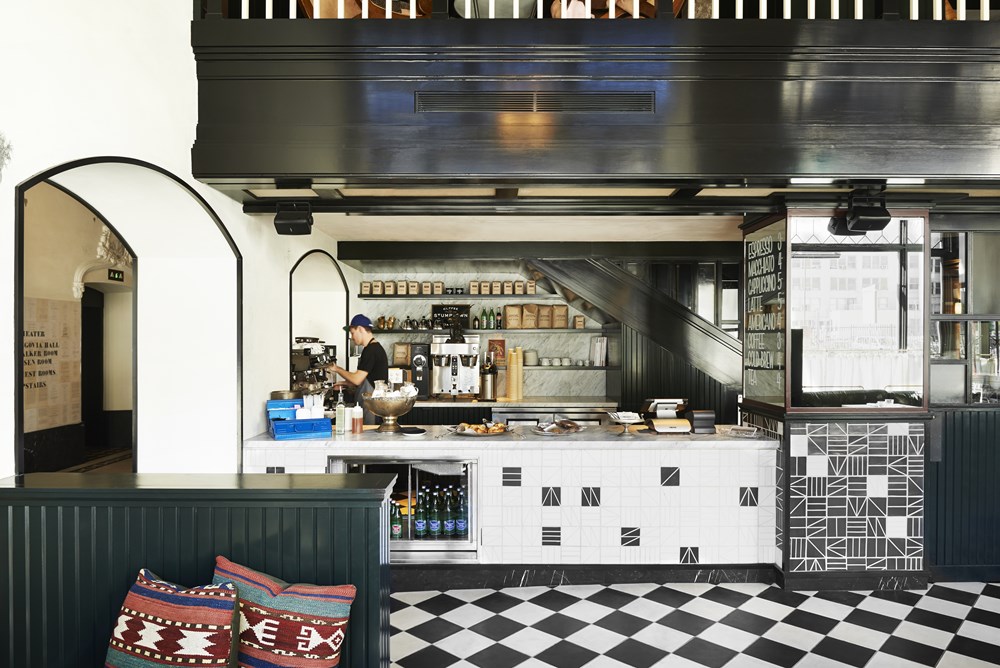 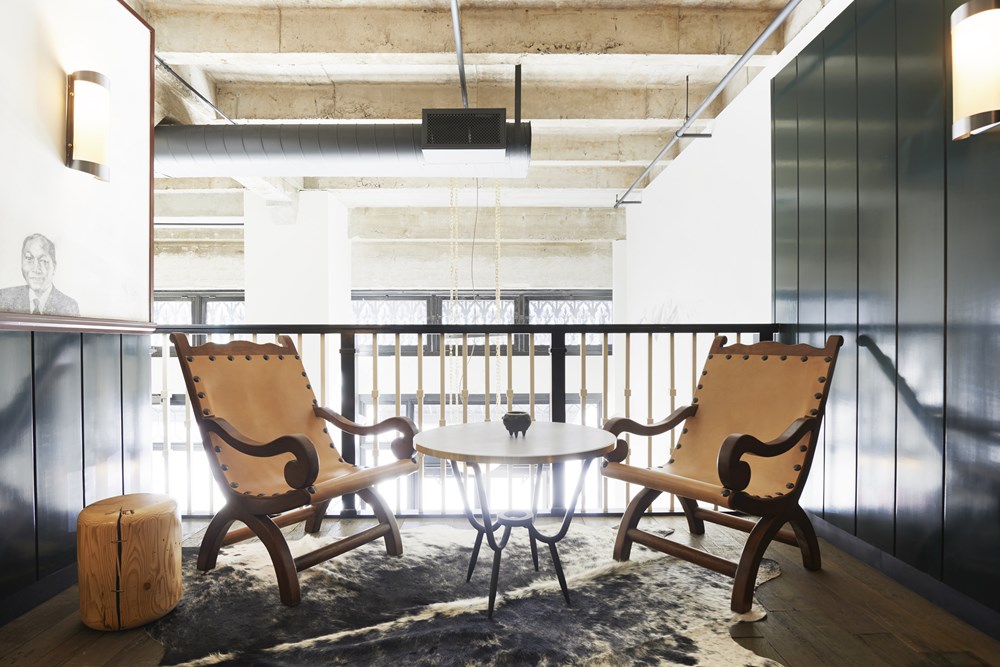 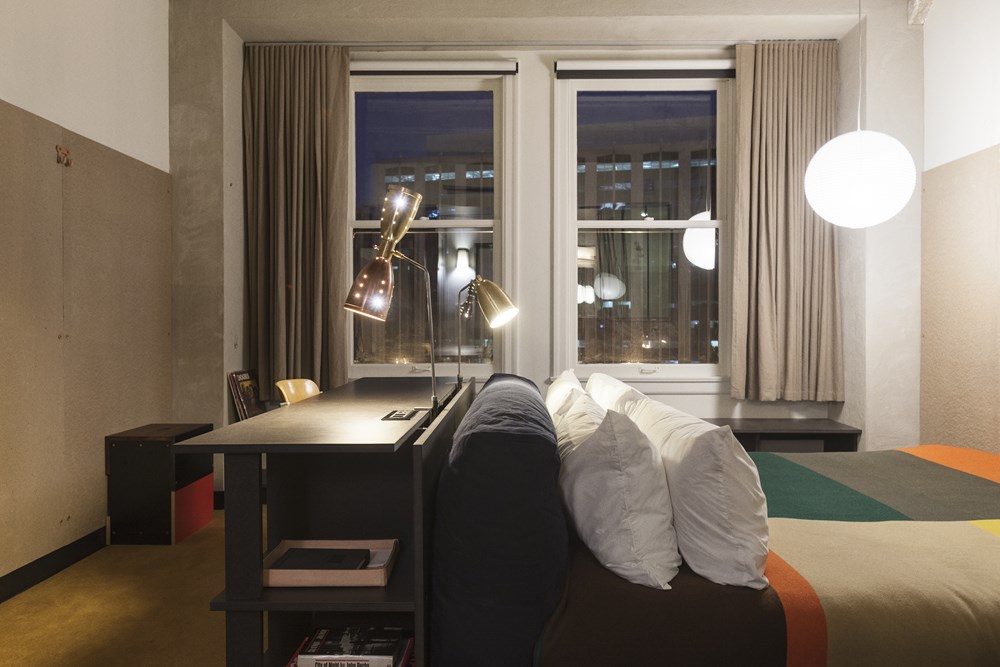 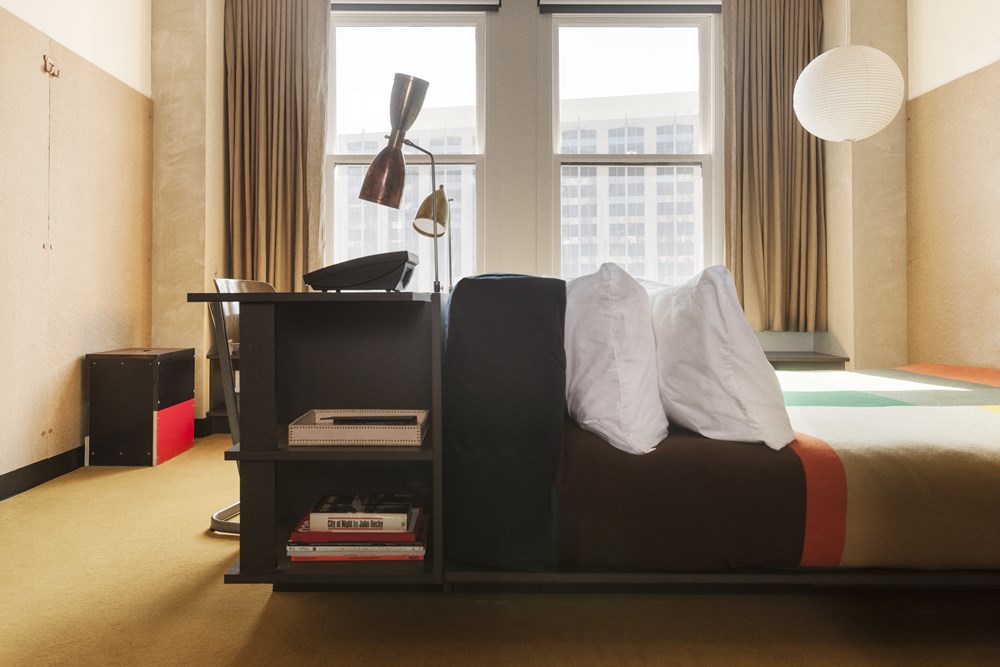 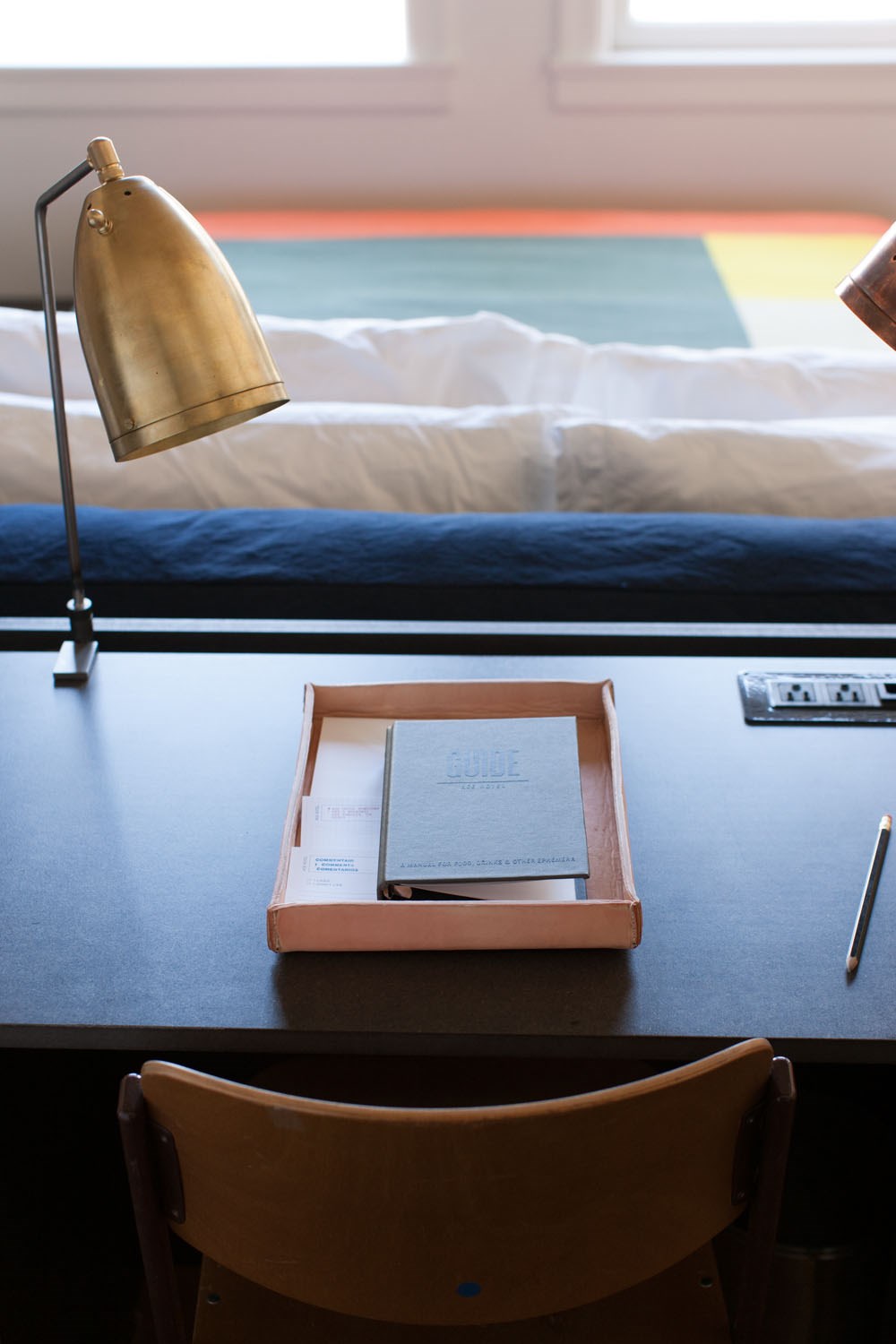 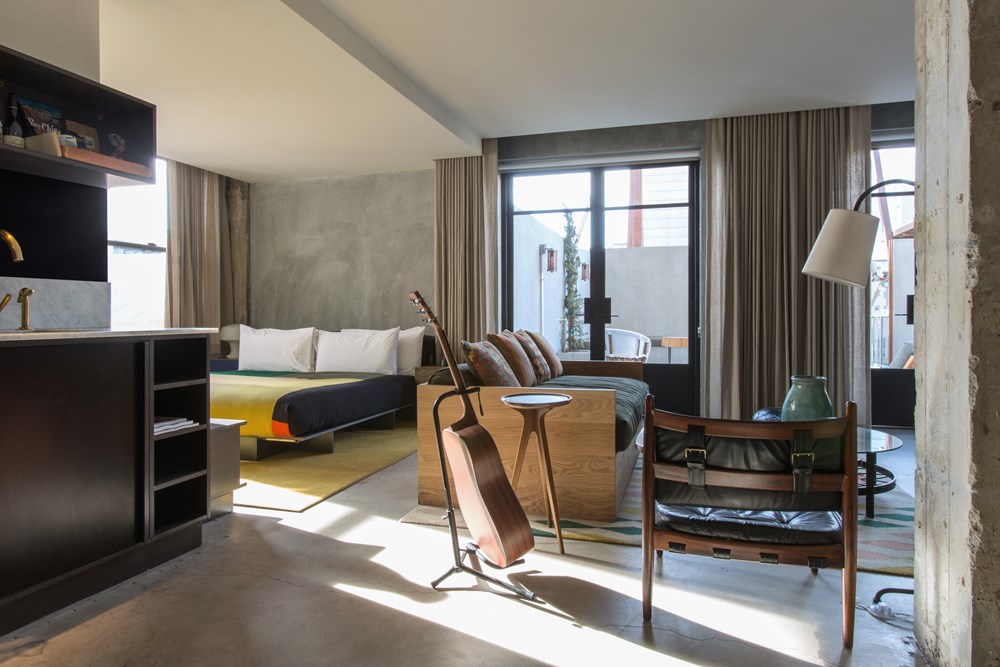 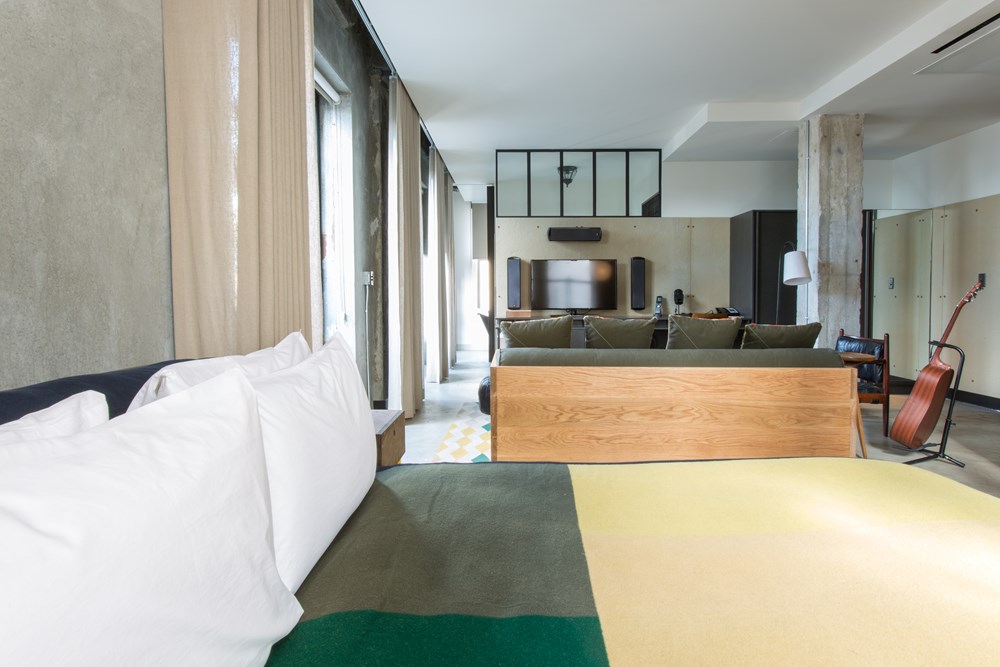 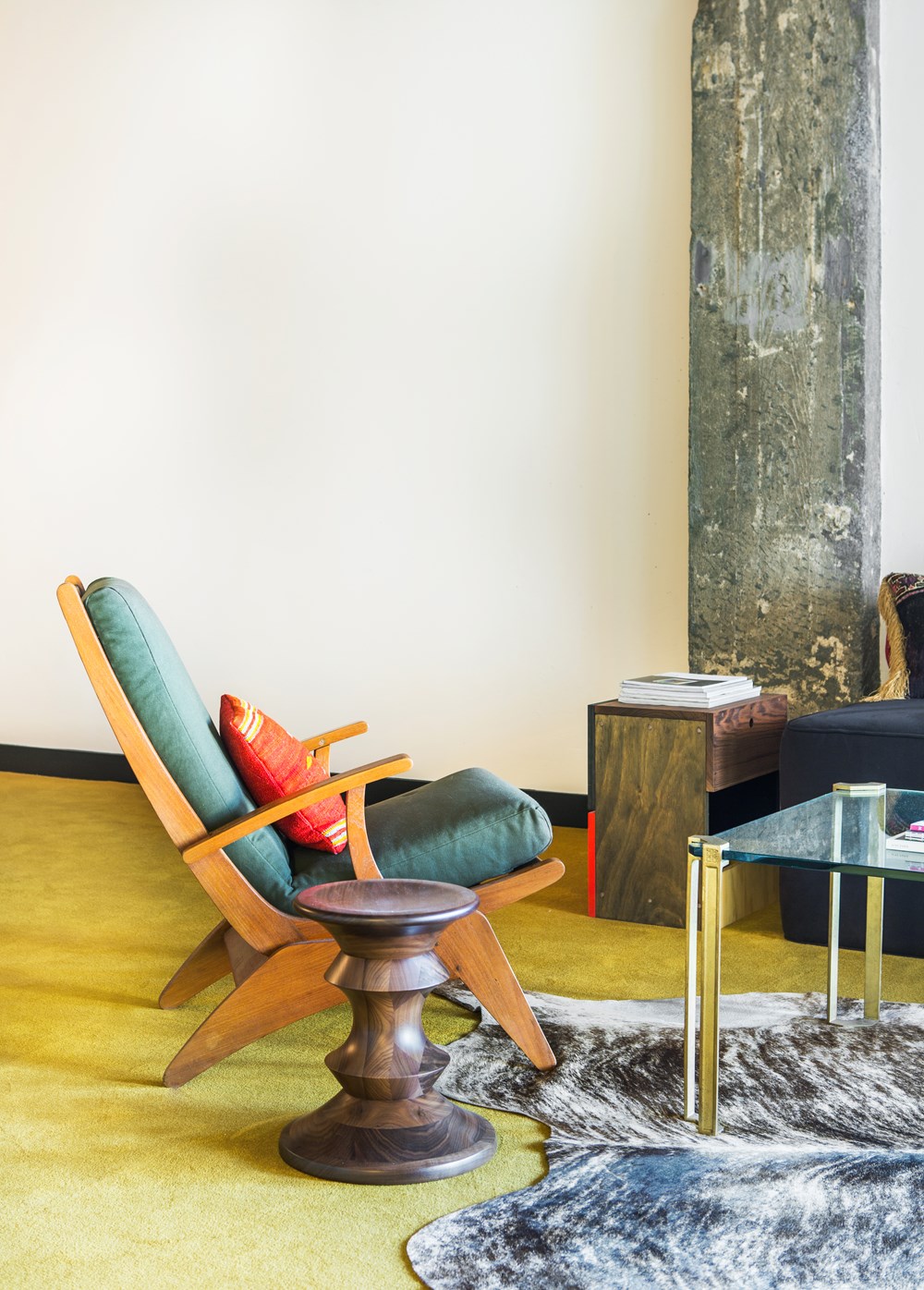 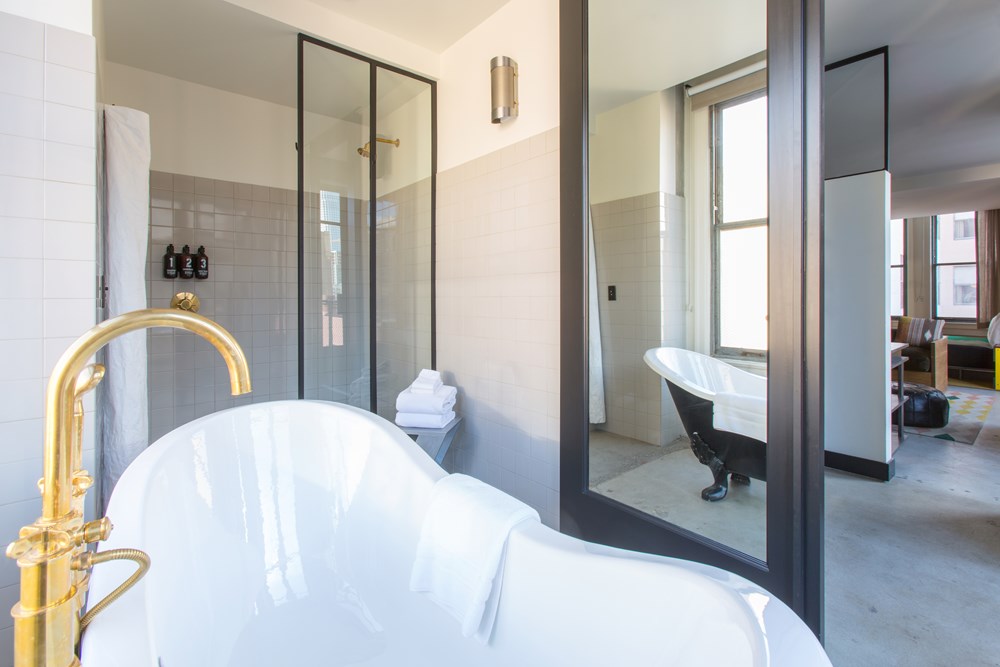 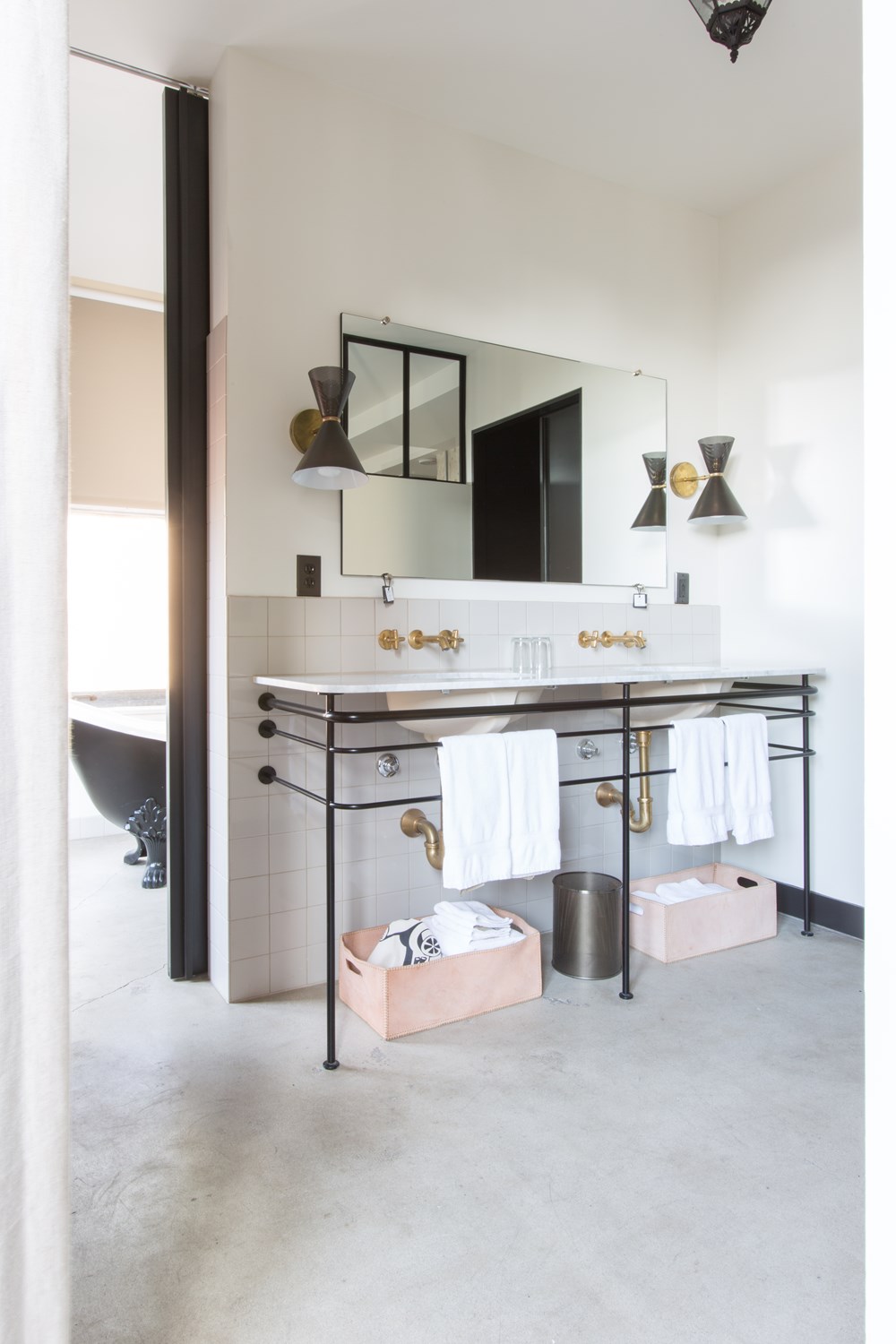 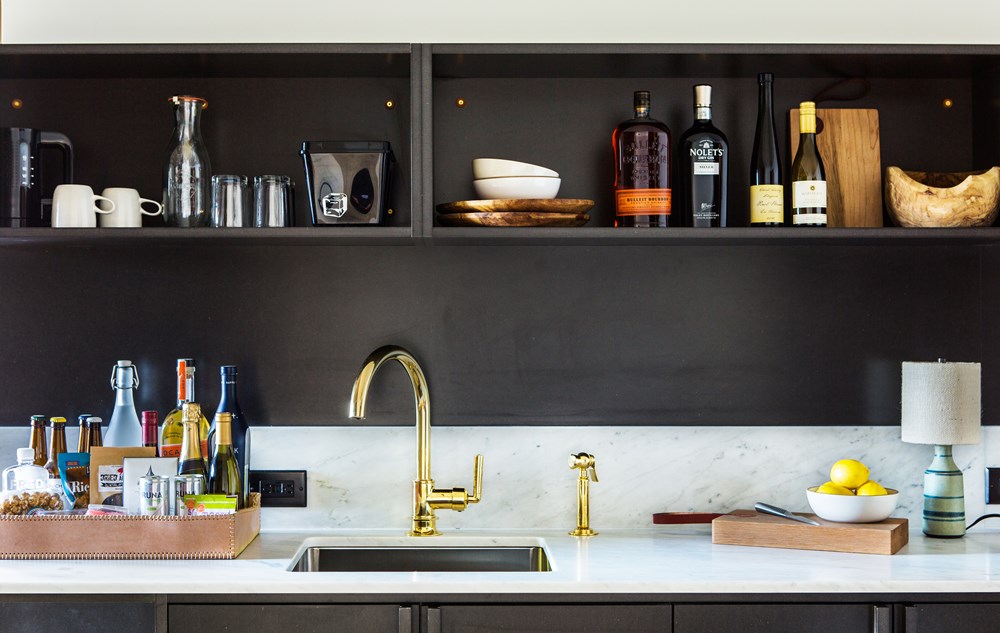 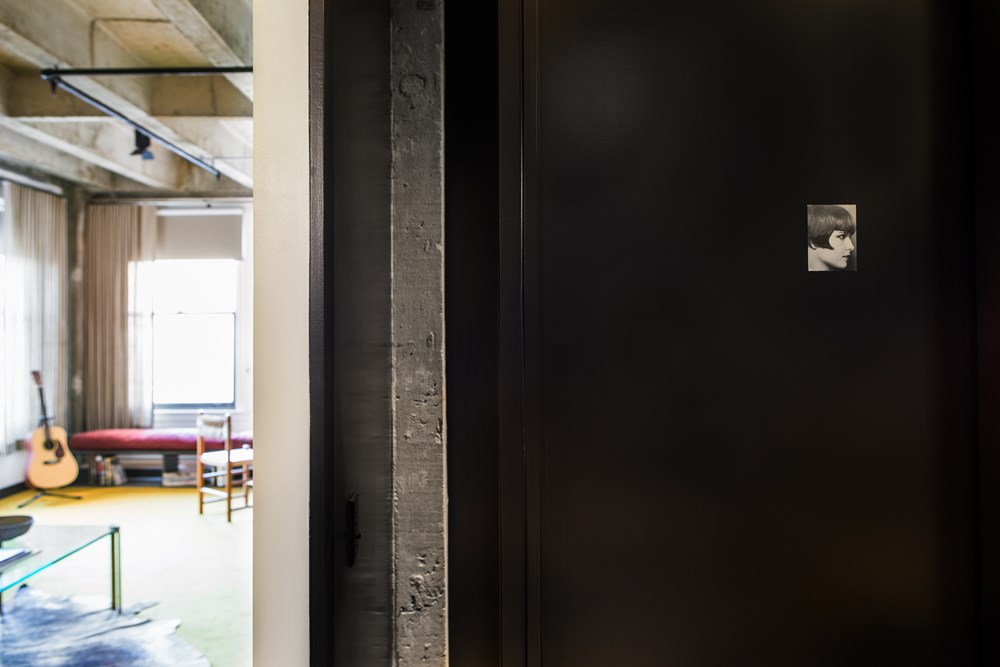 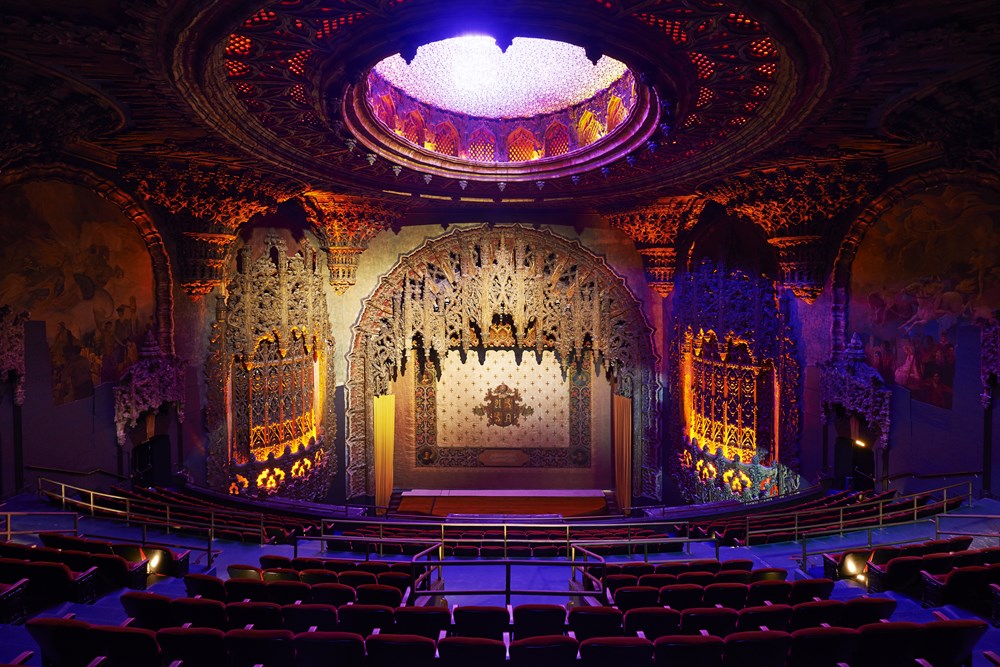 United Artists co-founder Mary Pickford’s love for the ornate detail and stone spires of Spanish castles and cathedrals is manifest at the theatre. It’s a true temple of the arts. The mixture of reverent awe and irreverent independence is right up our alley — this is the kind of project we dream of. We partnered with Commune Design to breathe life back into the historic site. While the theatre’s original design was a lush interpretation of the Spanish Gothic style, the tower’s facade hid a minimalist poured concrete structure. Therein lies the basis for the concept at Ace Hotel’s newest home: the marriage between decadence and democracy — between 1920’s Hollywood glamour and modern minimalism — is informed by a finely tuned ear toward the Broadway Theatre District’s latest revival. It’s a modern renaissance we’re proud to be a part of.
Inspired by the idea of artist as independent producer, Mary Pickford — darling of the silent era — left Adolph Zuker and Paramount Pictures to realize her dream, joined by D.W. Griffith, Charlie Chaplin and Douglas Fairbanks. They turned to architect C. Howard Crane to build the United Artists Theatre and adjacent tower, which first served as offices for Texaco.
The luxury and elegance of the movie palaces built in the 1920s and 30s reflect the spirit of their architects, known to gone a shade or two rogue. The United Artists Theatre offers equal parts classic style, functionality — the advent of “talkies” called for the rapid development of modern acoustics — and a surrender to the glitz and excess of Hollywood. Sweeping design features and minute, delicate details combine to define the golden age of cinema.