Triptyque Architecture was chosen by Philippe Starck to develop, under his art direction, the architectural project of TOG’s São Paulo Global Flagship Store (Rua Iguatemi, 236), the first direct monobrand retail project from TOG, with the ambition of stirring up the concept of selling design.
Credits pictures: Ricardo Bassetti 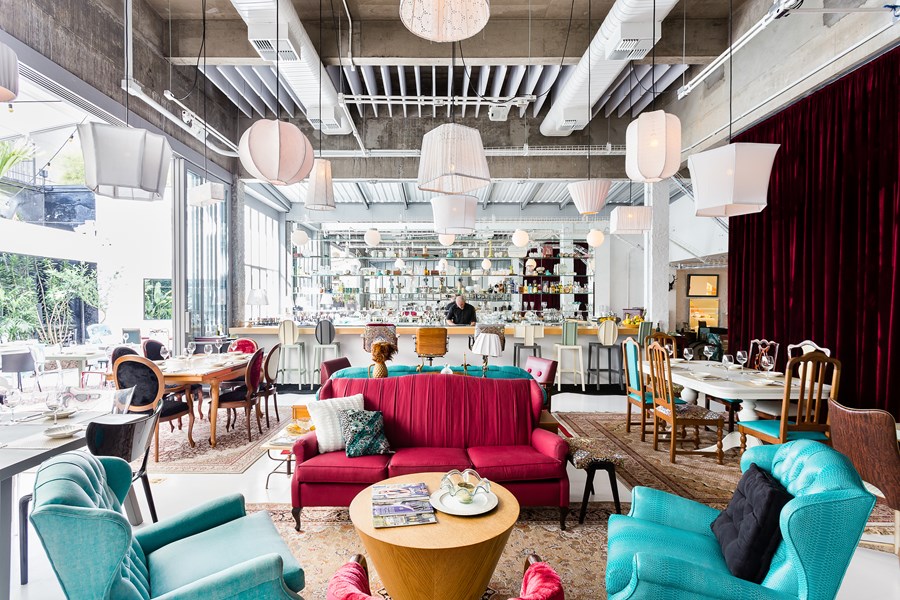 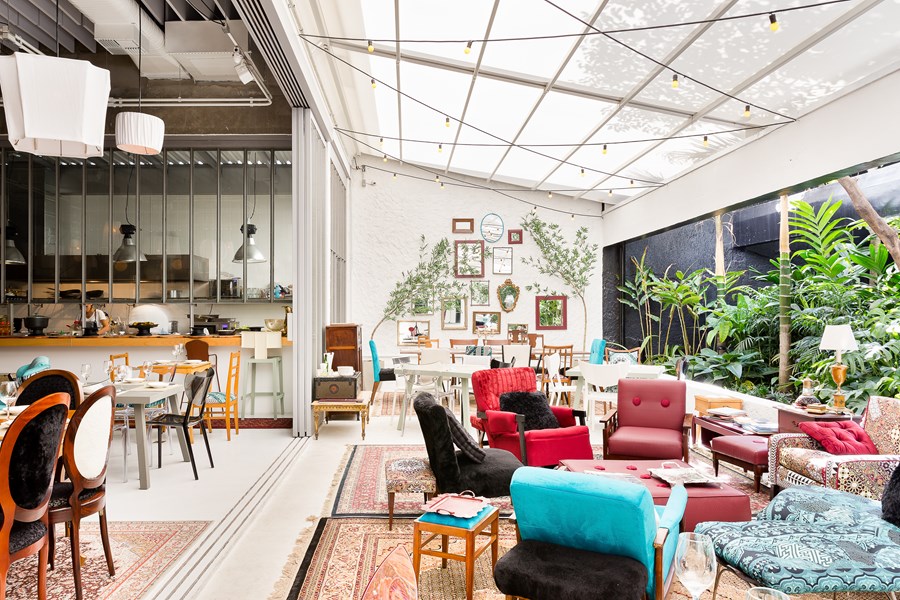 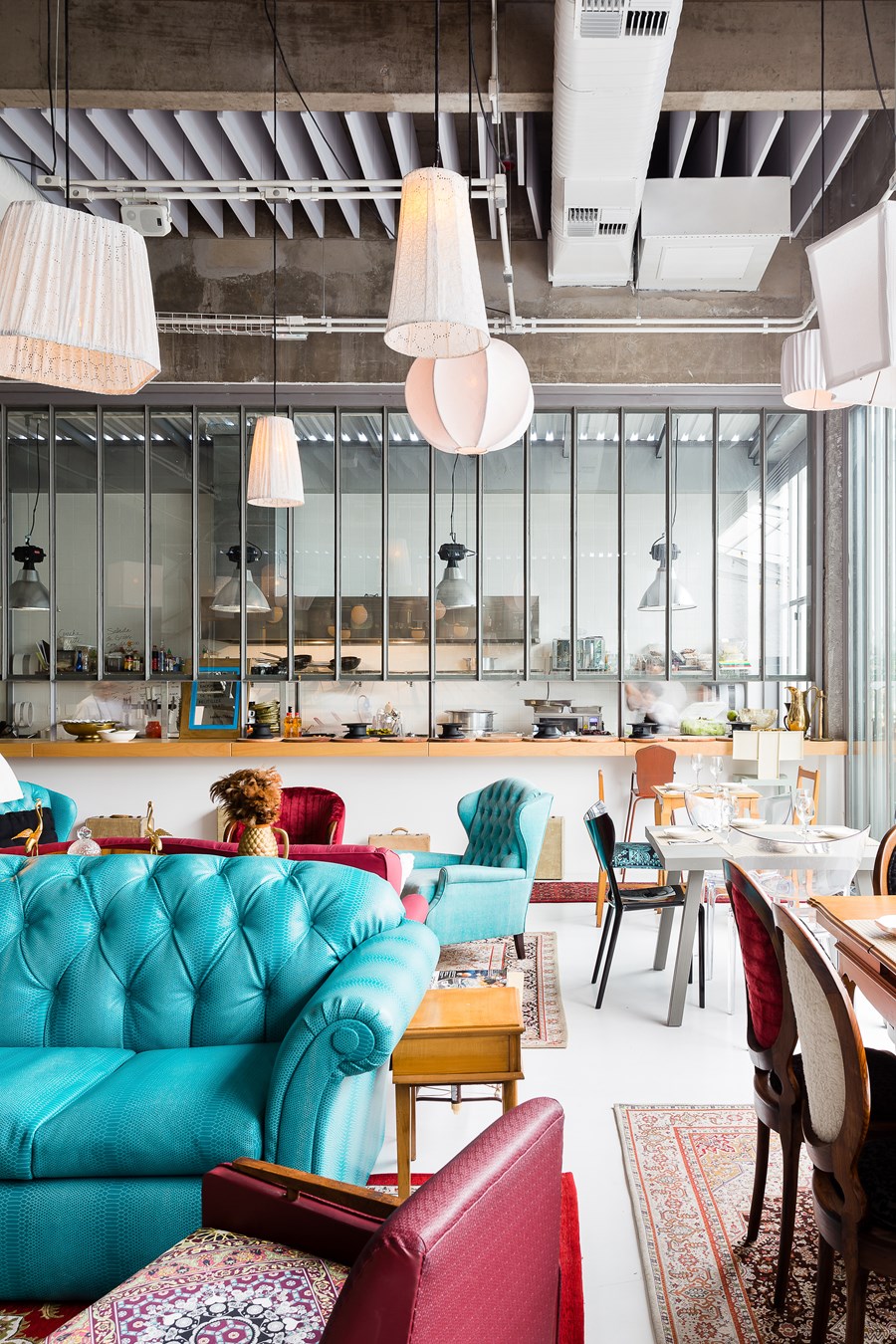 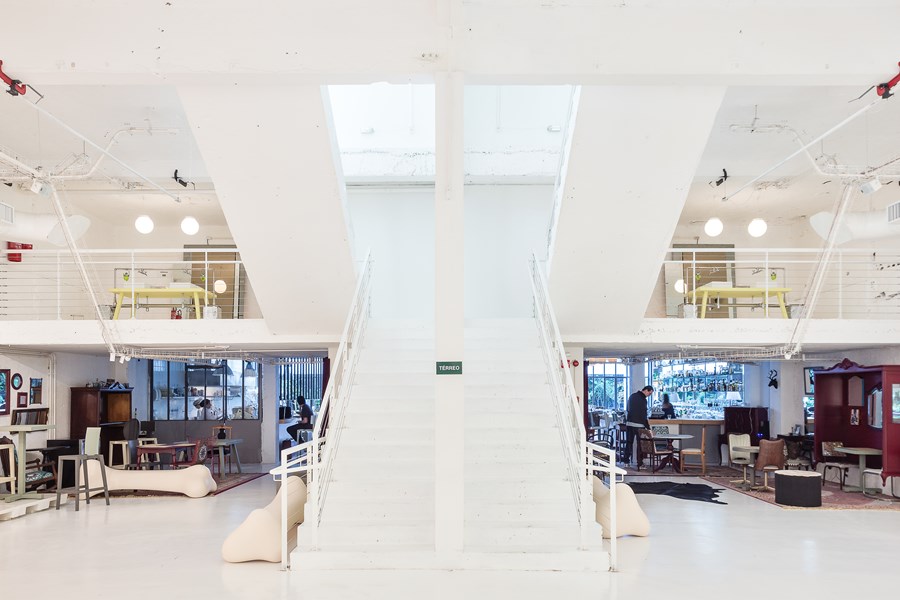 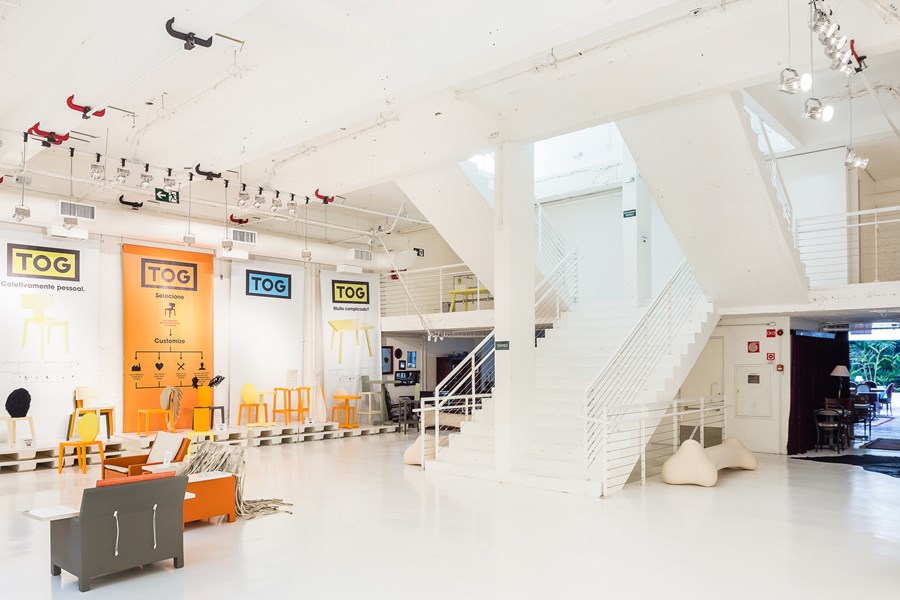 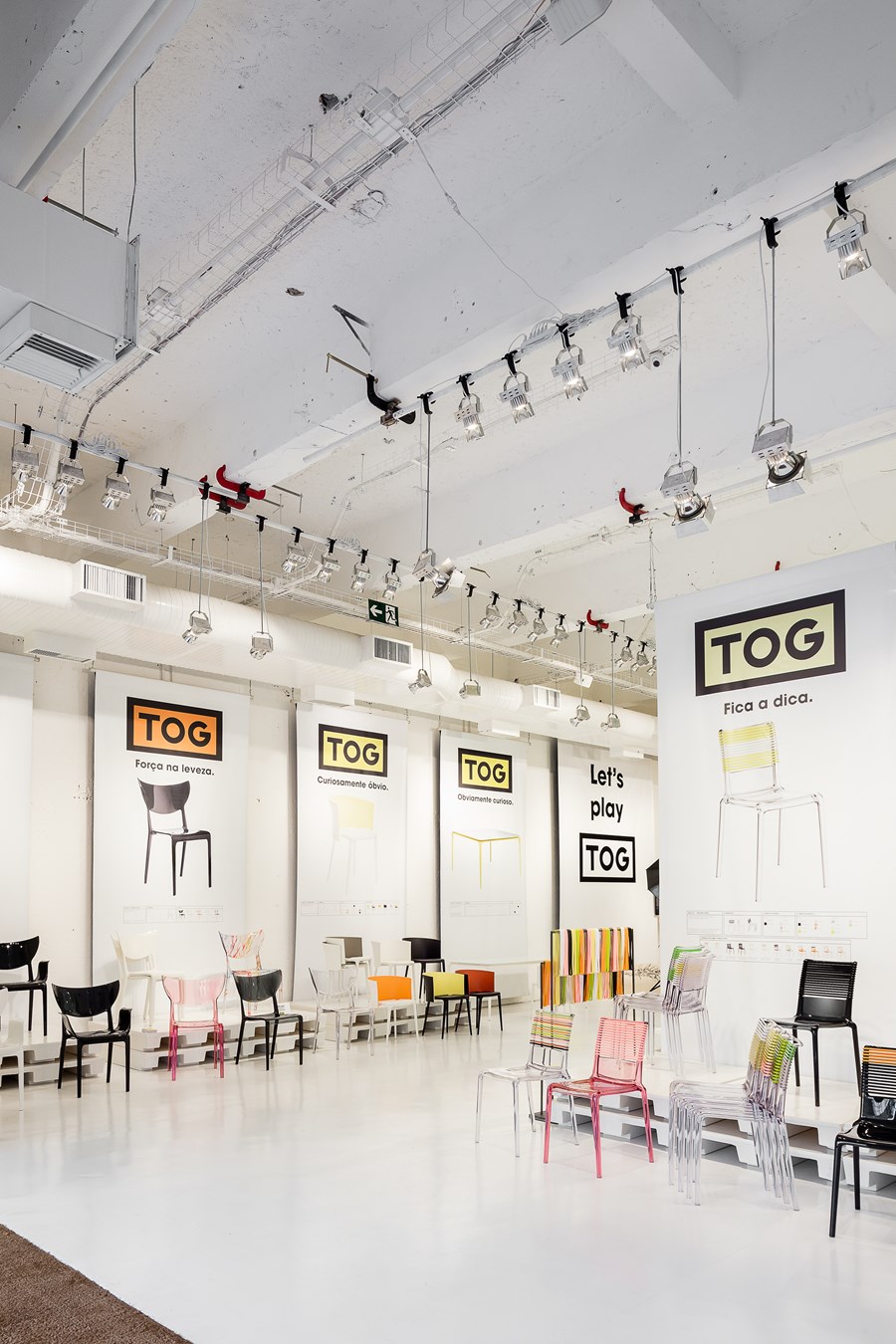 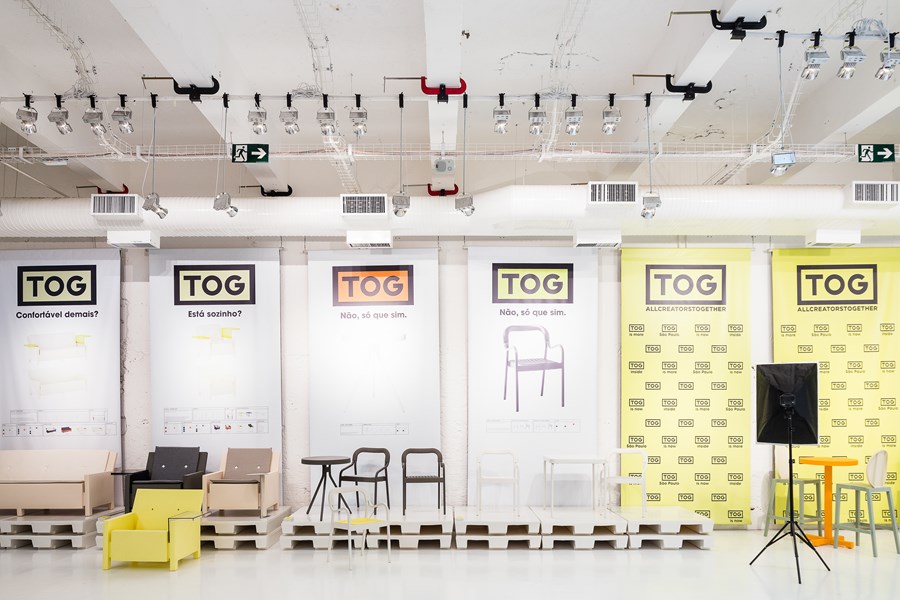 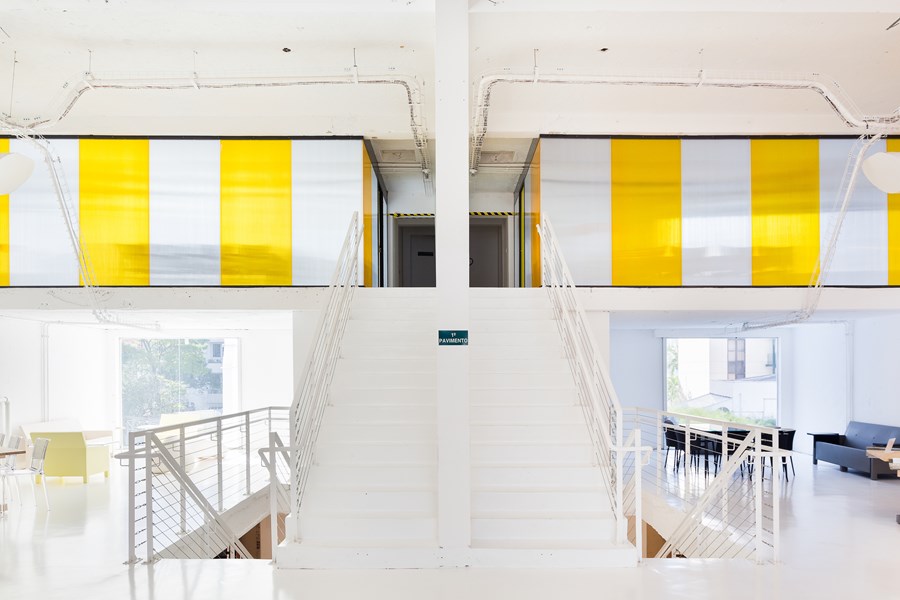 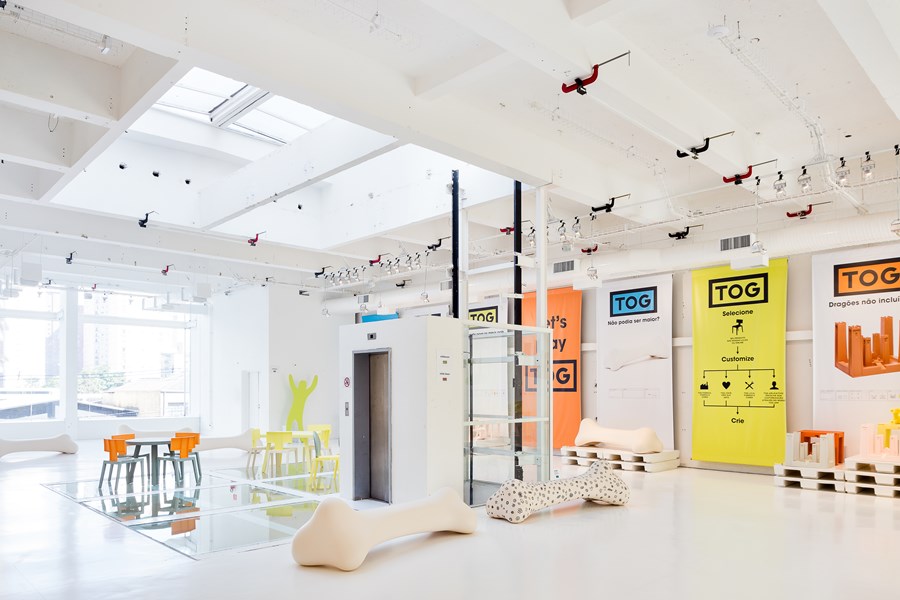 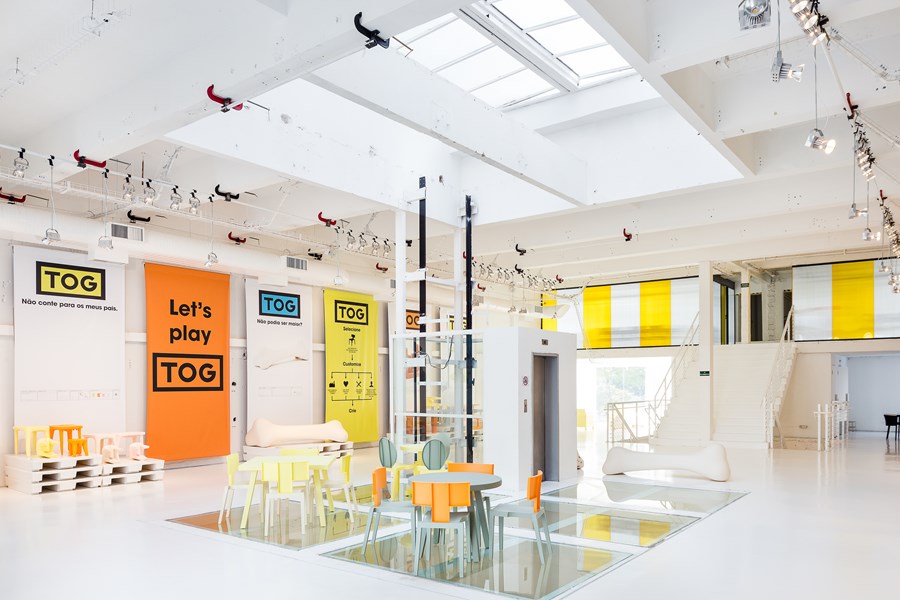 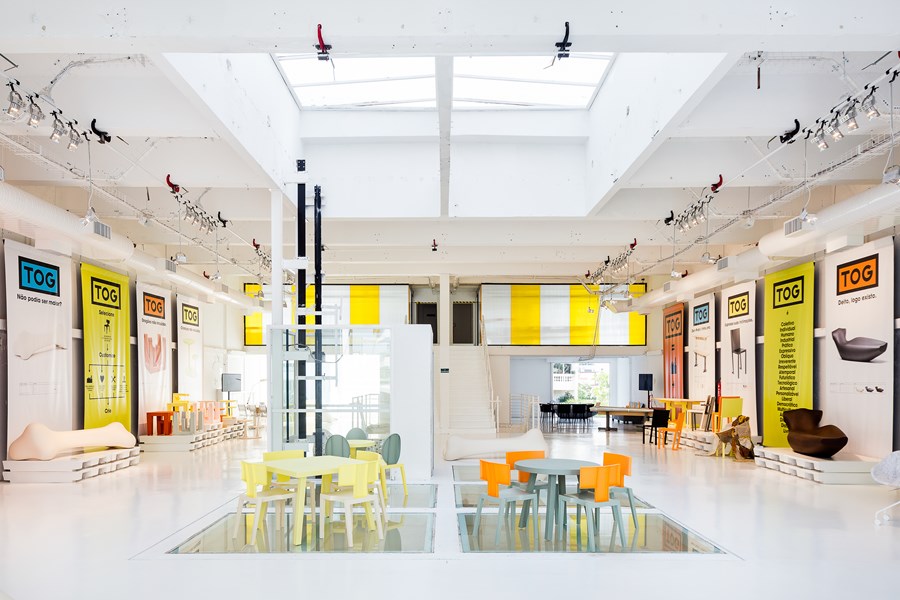 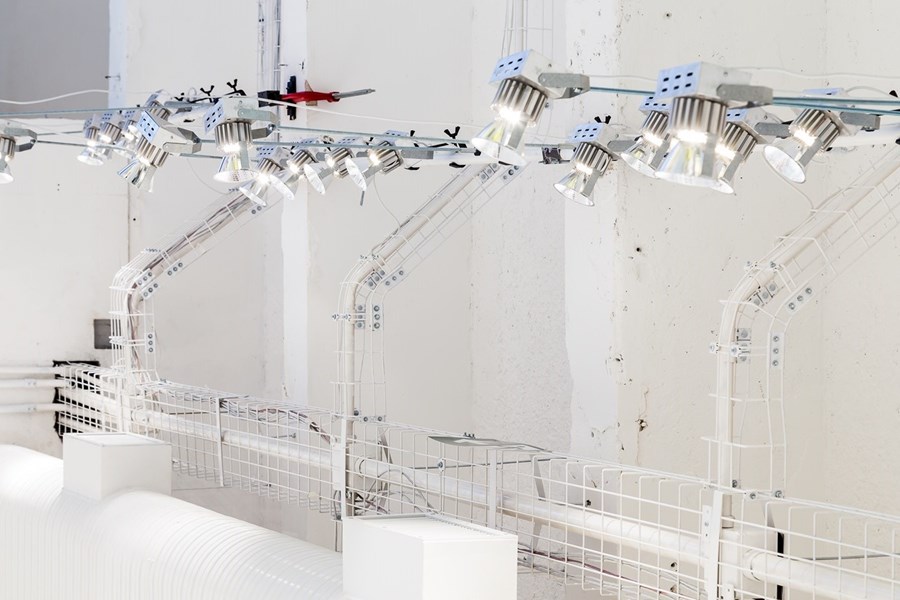 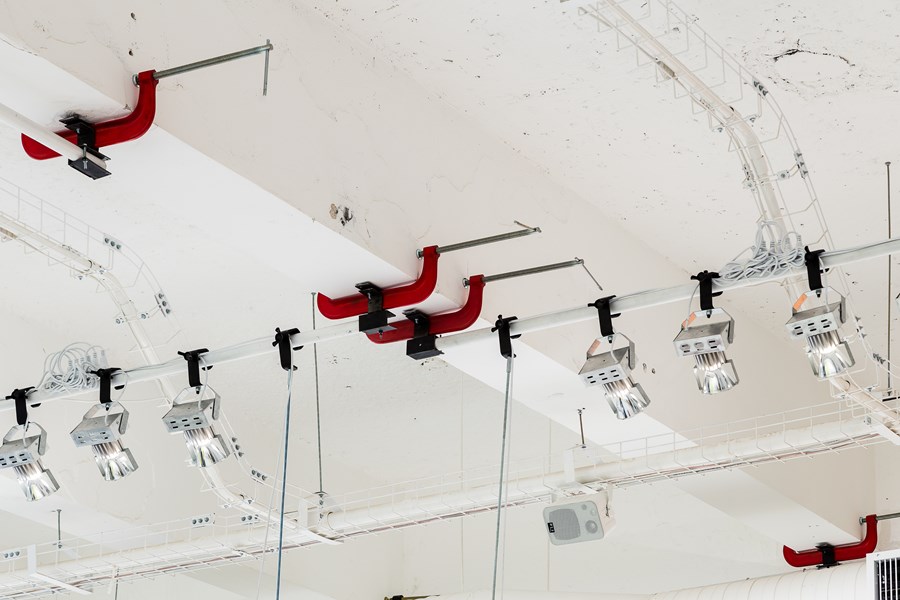 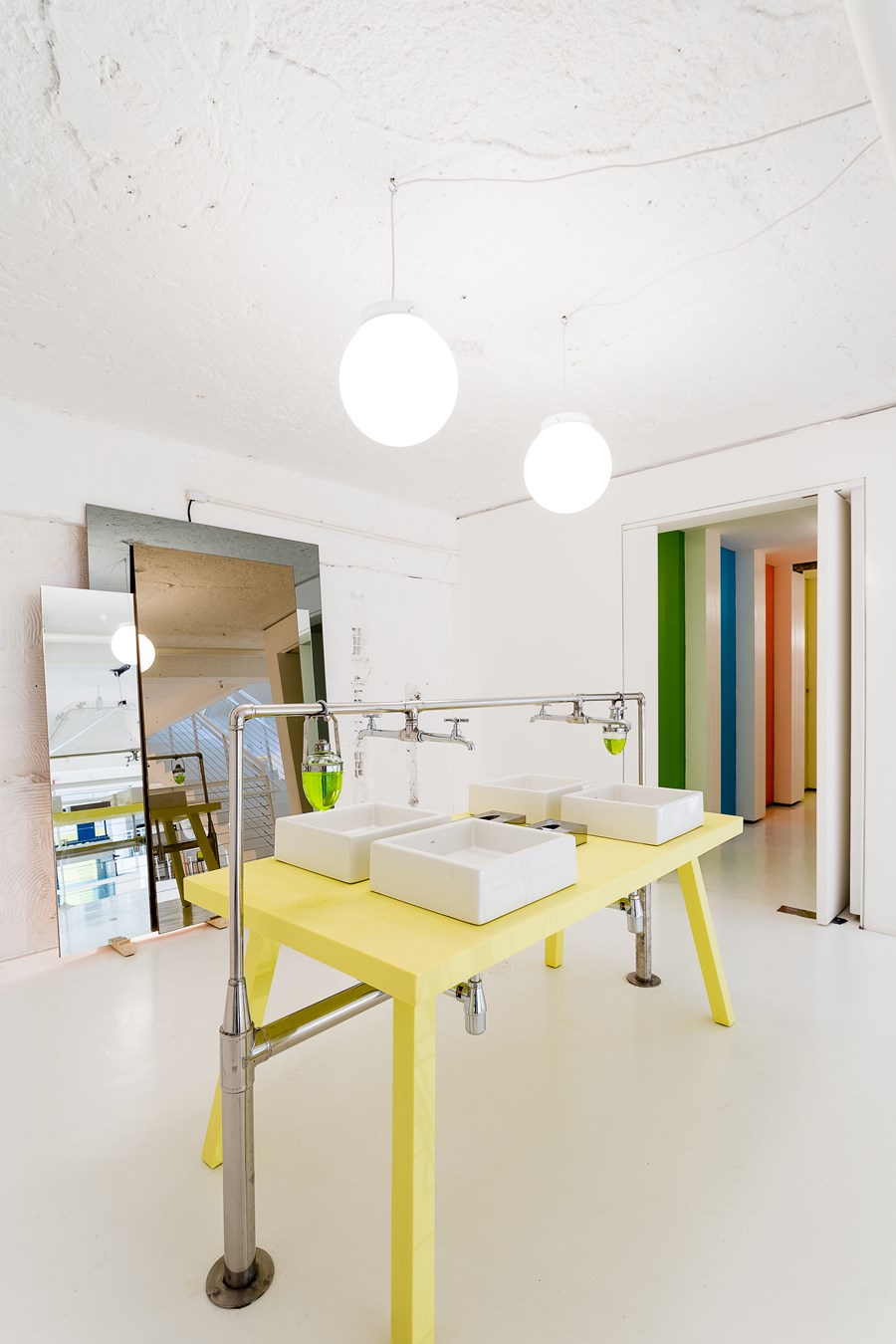 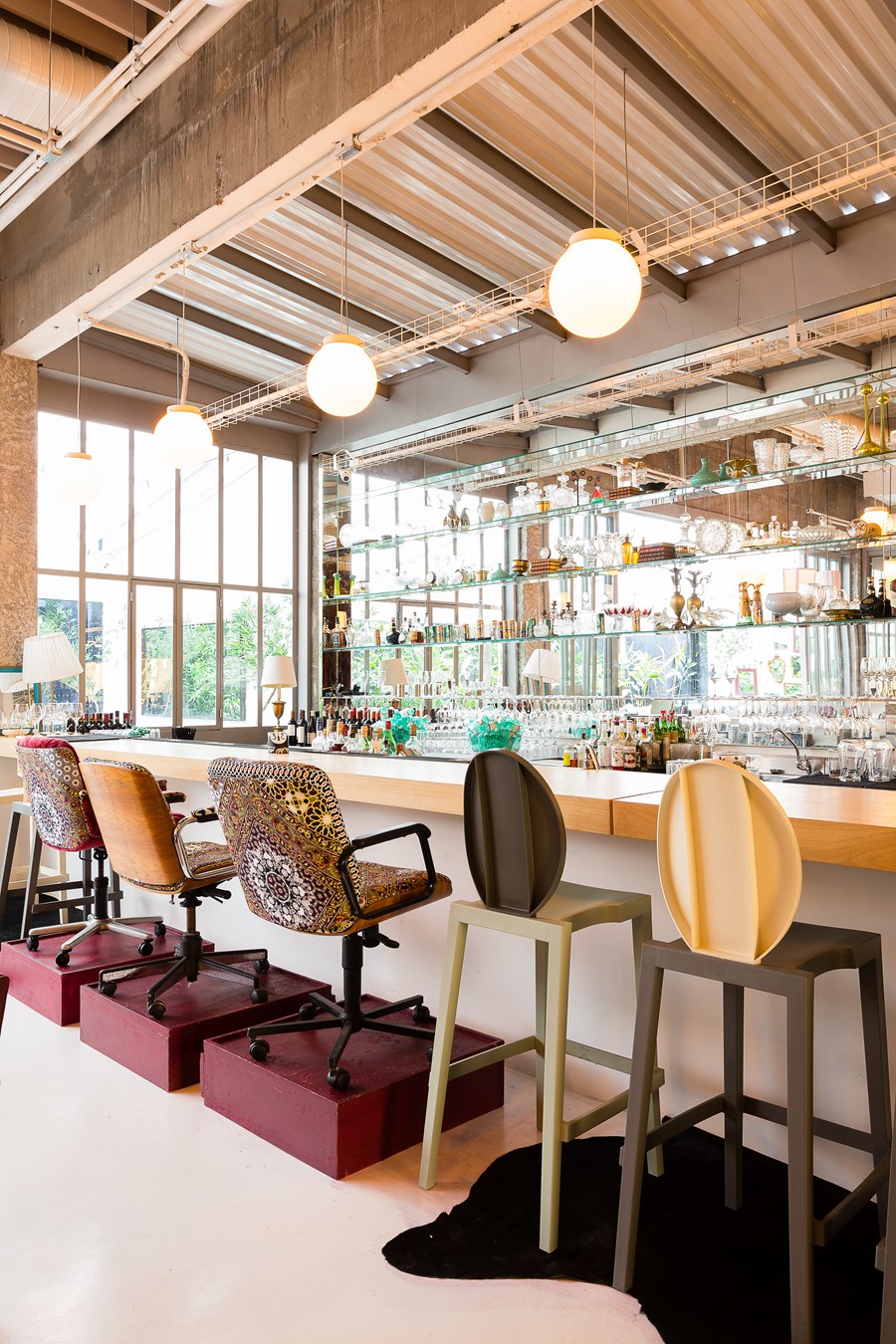 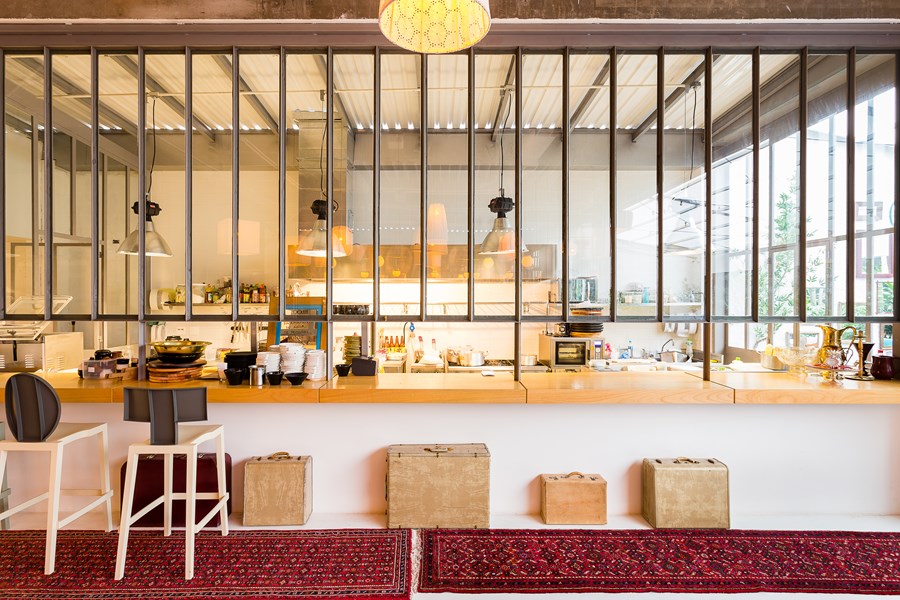 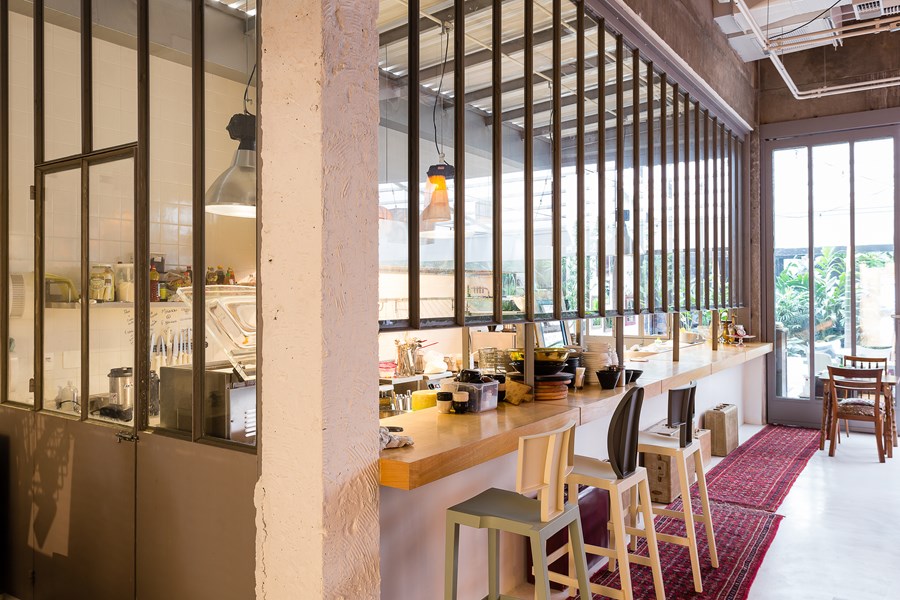 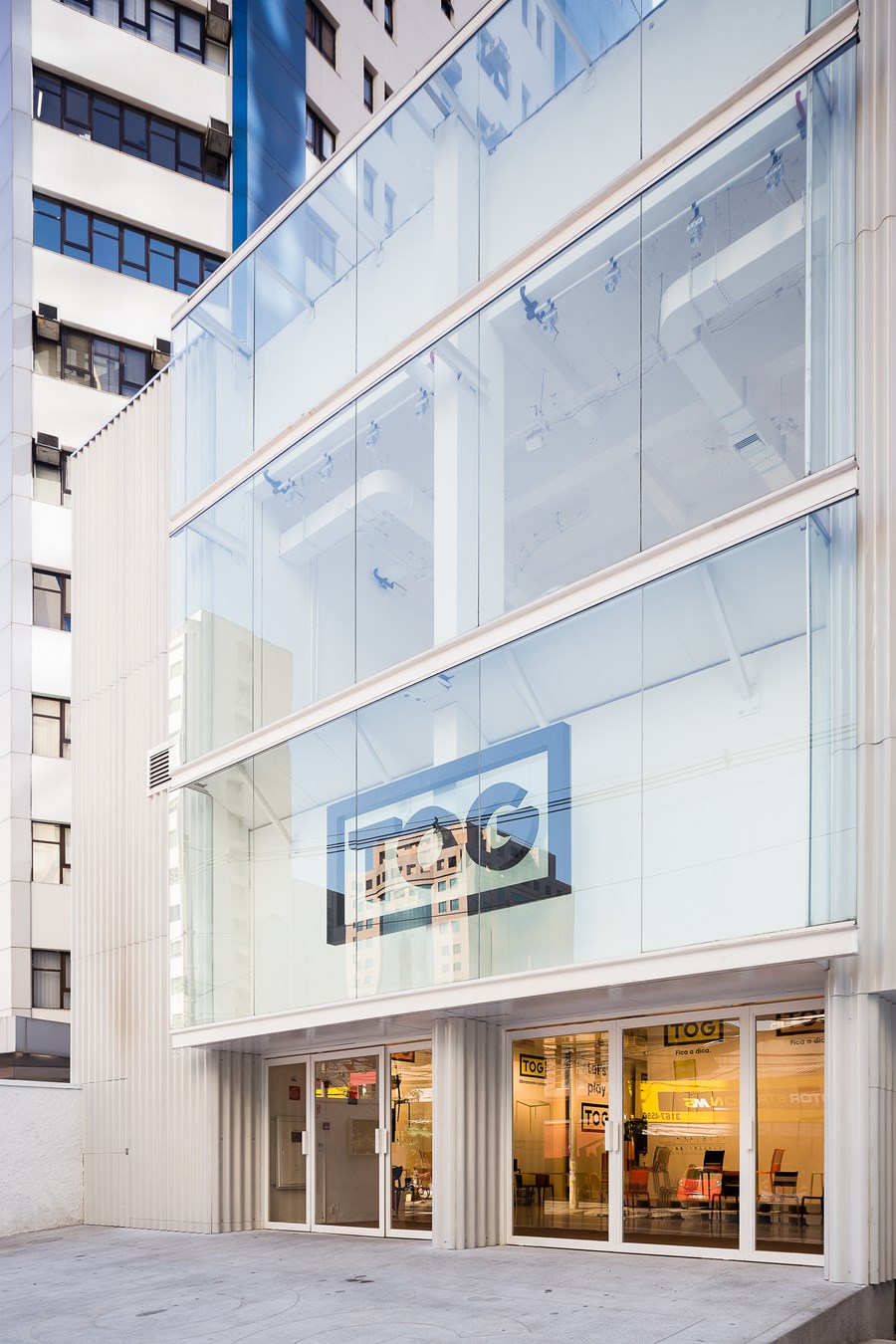 TOG is an unprecedented, democratic design brand which goal is – through high quality designed furniture that can be easily customized – to create a virtuous collaborative system where designers, clients, artisans, artist and manufacturers share the same values and goals.
The Flagship was designed as a mixed use place of sociability where you can buy, eat, drink, dance, read, create, spend time; a XXIst century version of the Andy Warhol Factory. As TOG furniture, the space is fully customizable. Conceived as a multi-purpose, living space, the Flagship Store will also function as a major conviviality and sociable hub.
To anticipate these and others potential uses, the Triptyque agency neutralized this old games club from the 80s in painting in white all the place. There is a contrast between the existing walls roughness and the totally new ground. The lights are suspended from the concrete beams visible on the ceiling.
The project was conceived to allow the organic spaces to change over time: no walls between ambiances, an electric system that pervades the entire area and the application of materials like glass foster the multiple use desired for the space.
With 2.100 square meters distributed in basement, ground, first and second floor TOG Flagship will host warehouse, showroom, offices, garden and also a new restaurant – Marakuthai for TOG – headed by Chef Renata Vanzetto.