Kid’s Cribs are rooms designed by Rado Rick Designers for a 6 years old Star Wars fan and a 2 years old princess and is located in Bratislava, Slovakia. 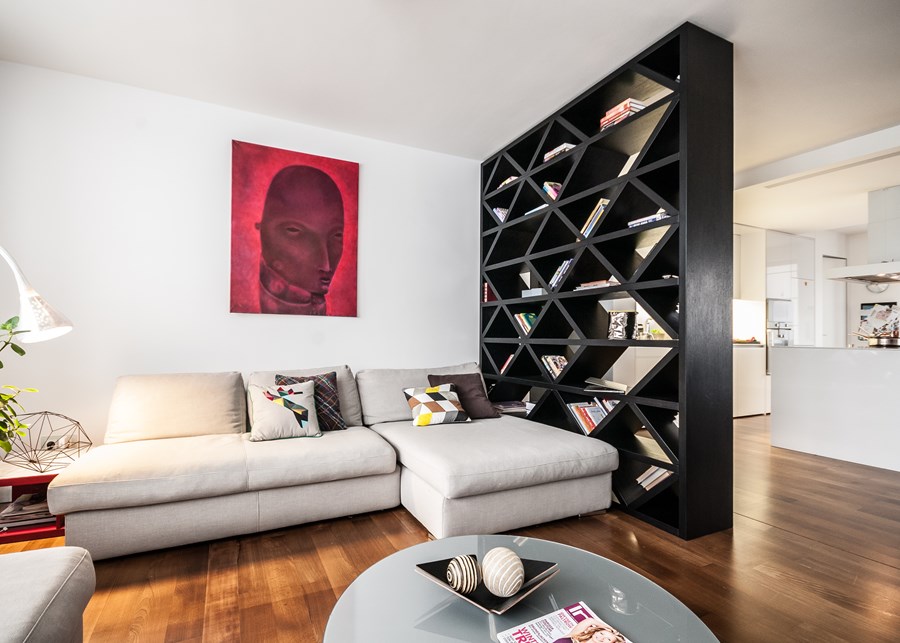 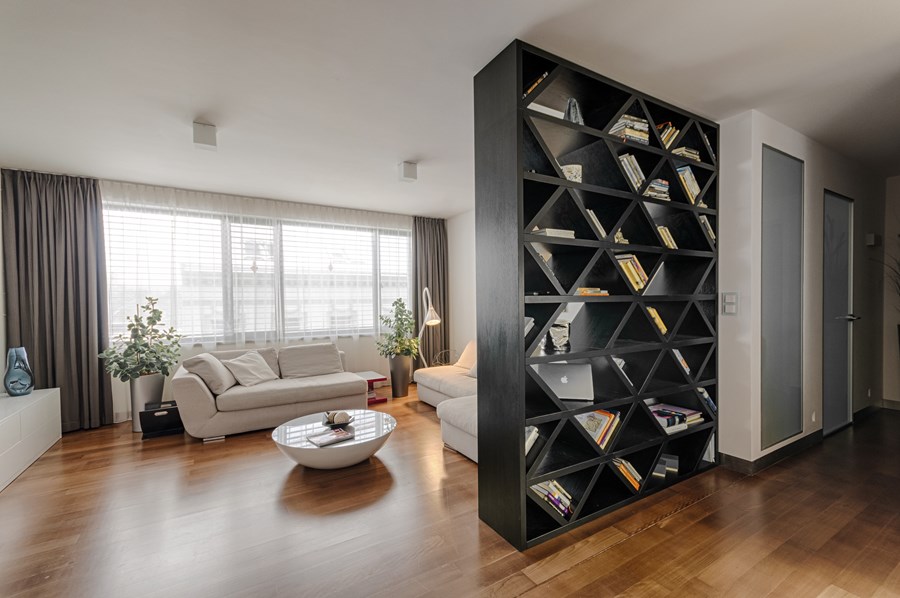 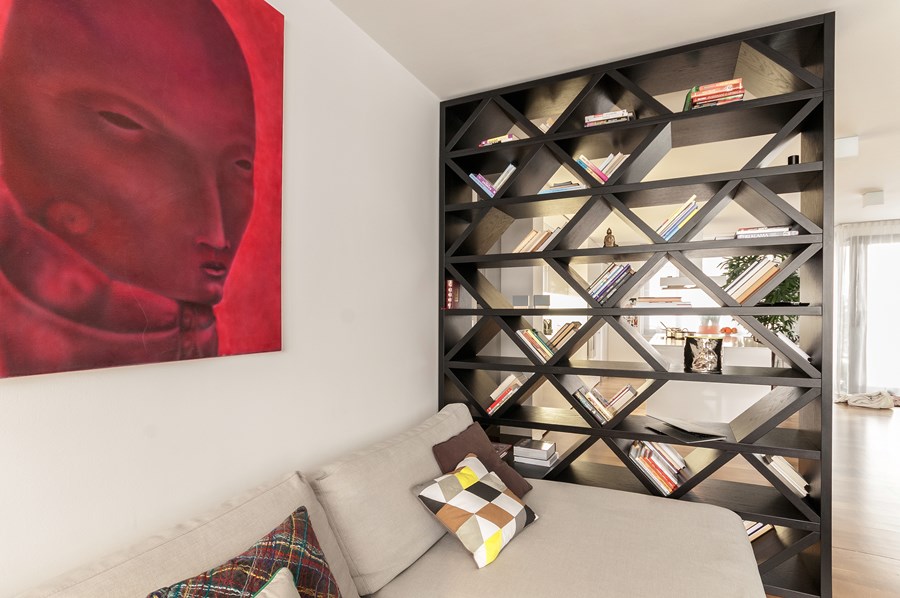 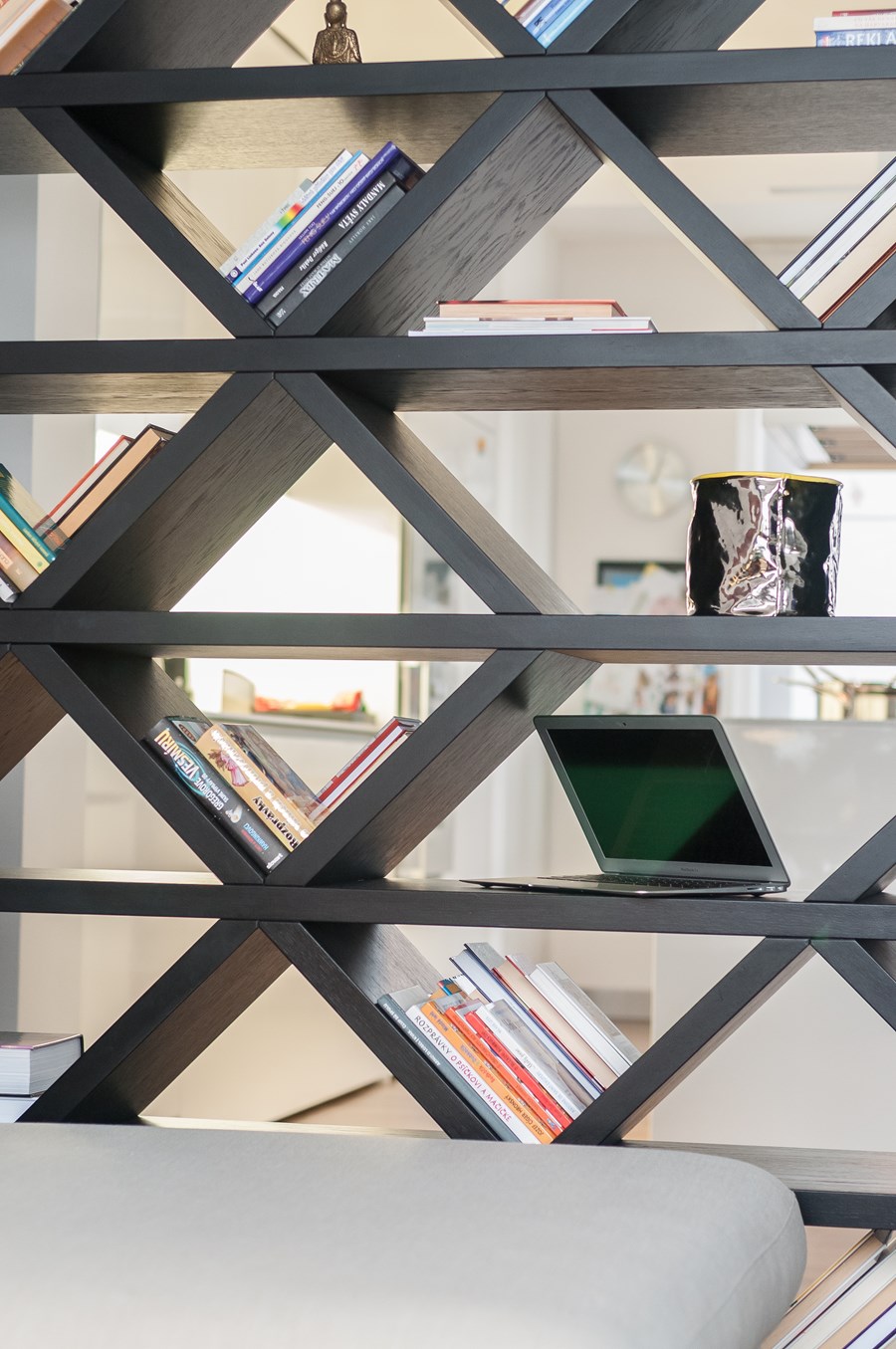 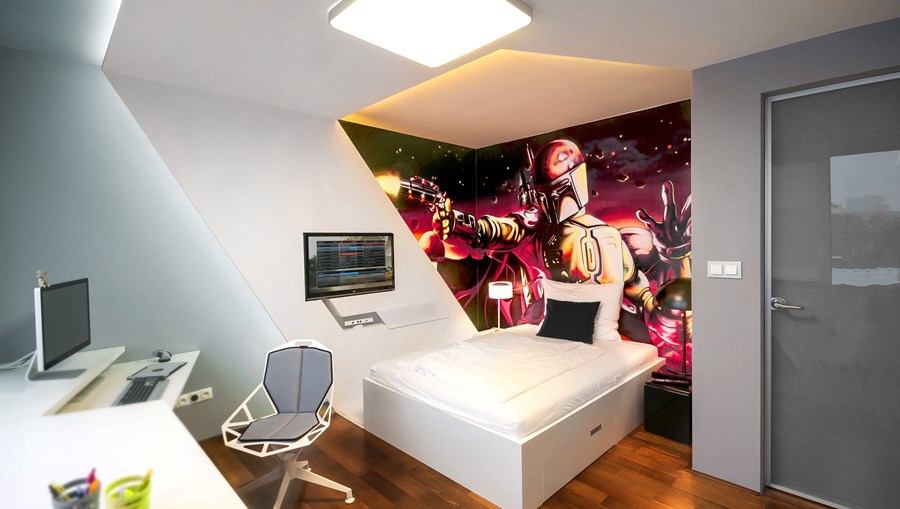 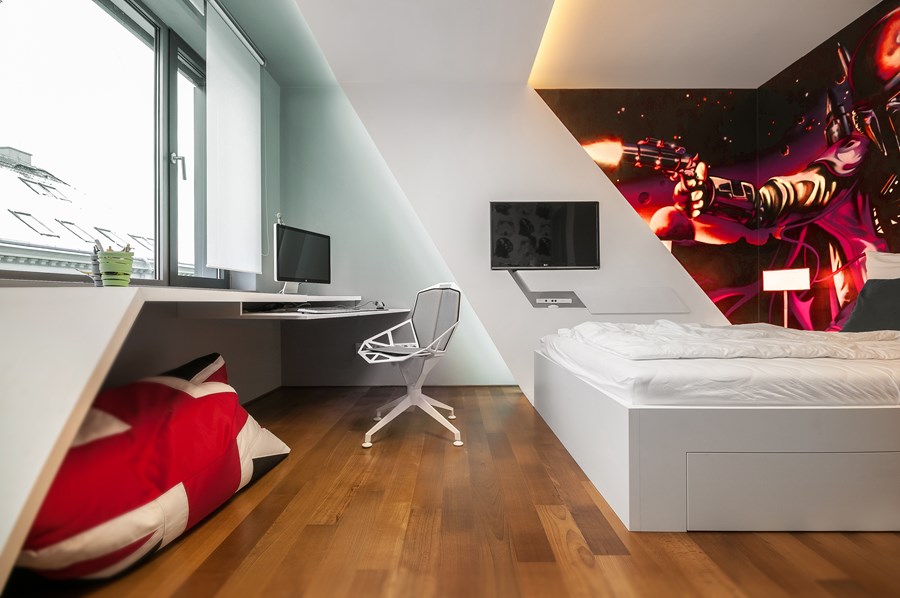 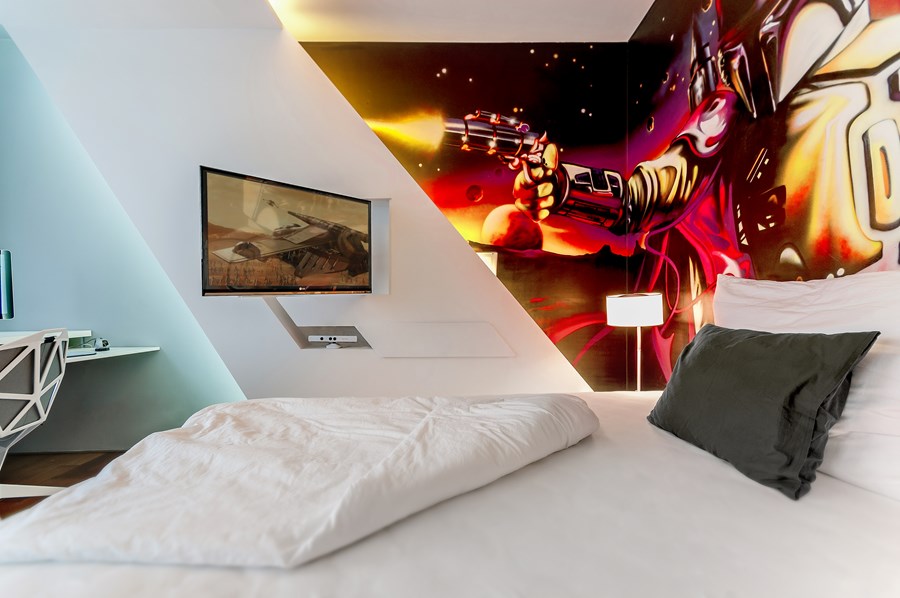 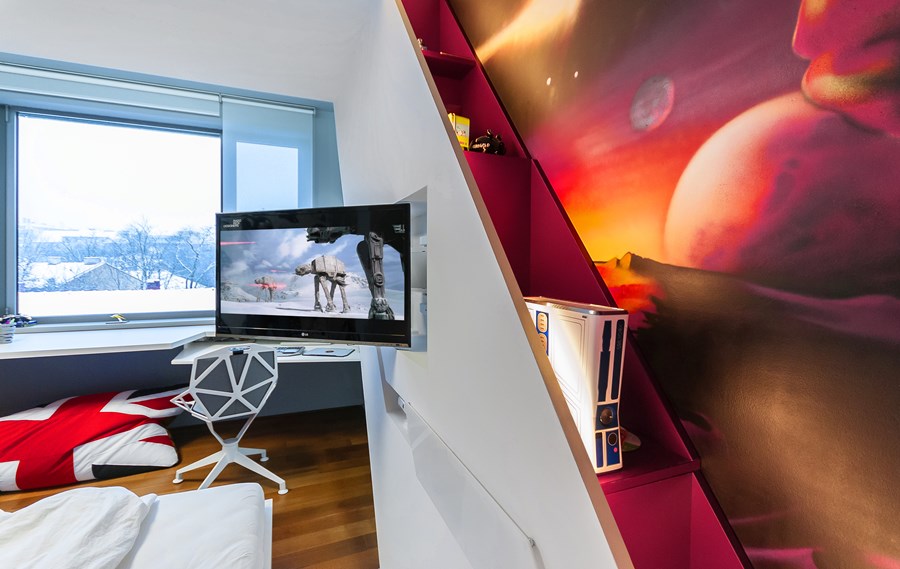 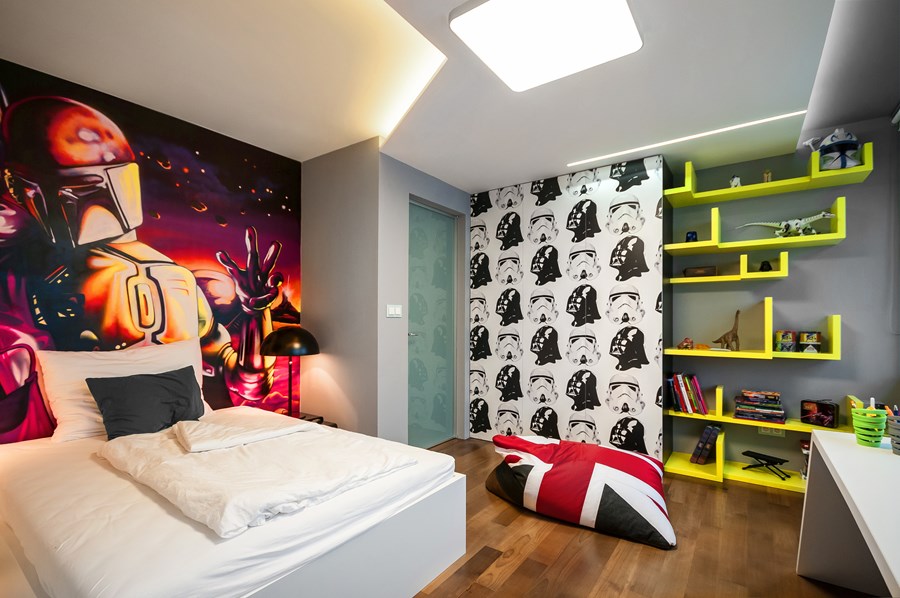 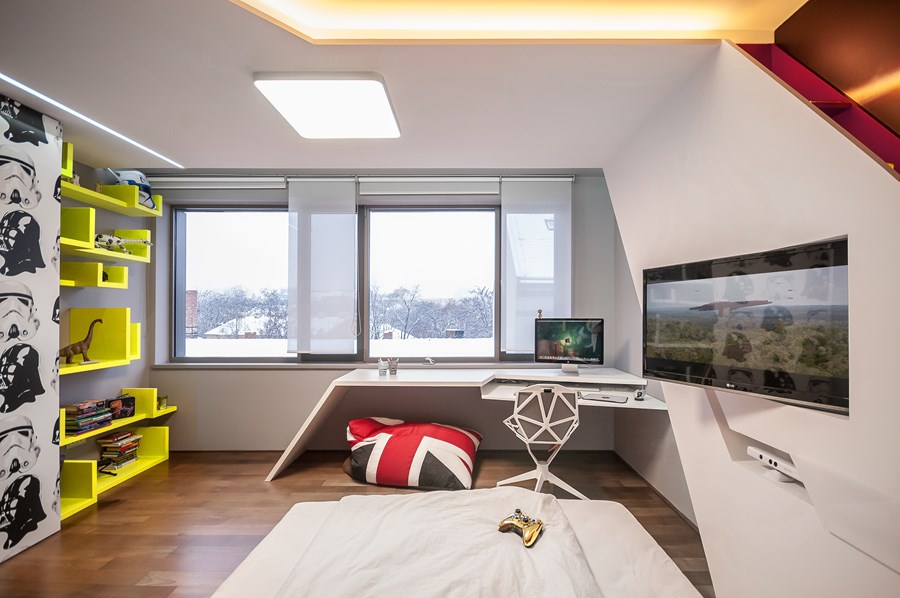 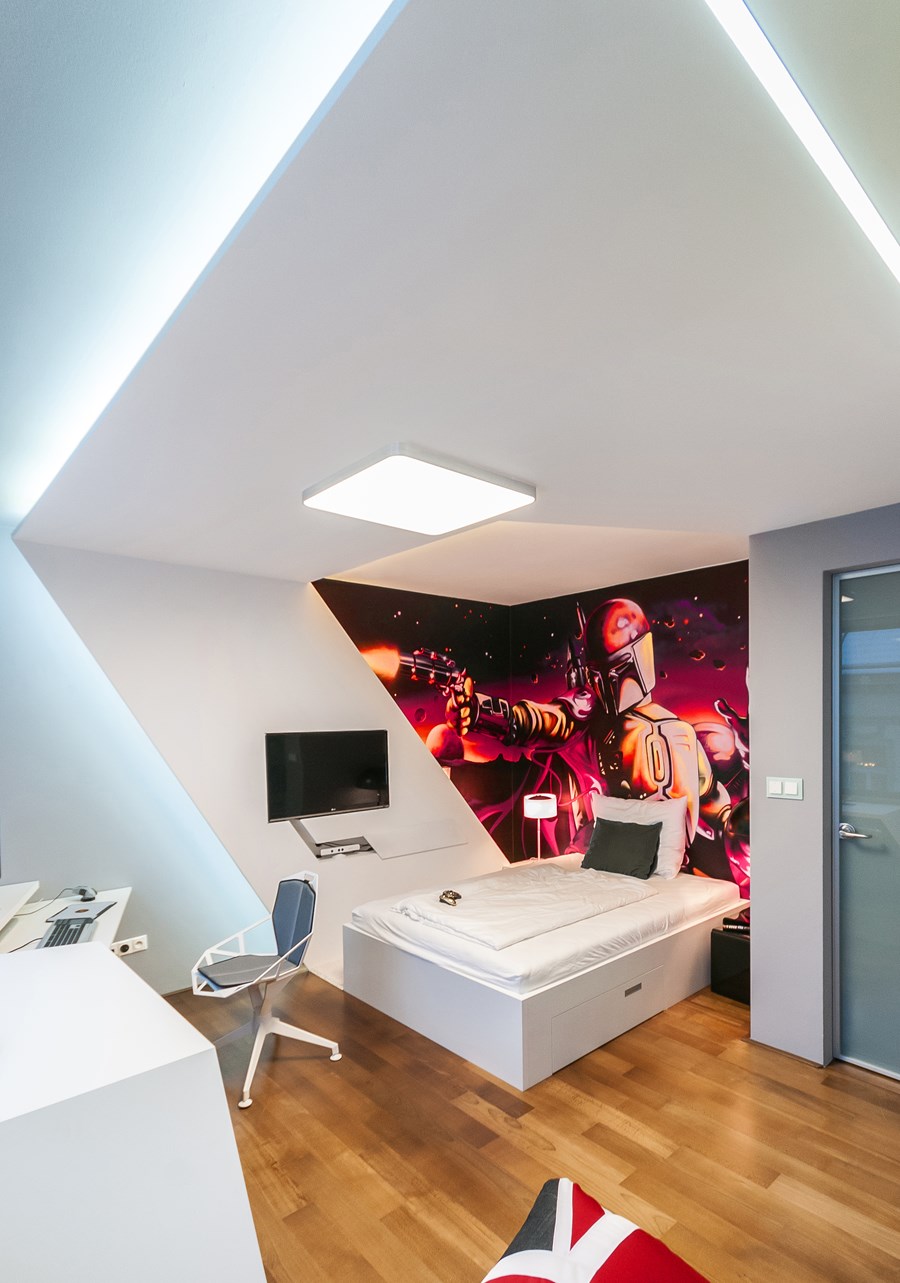 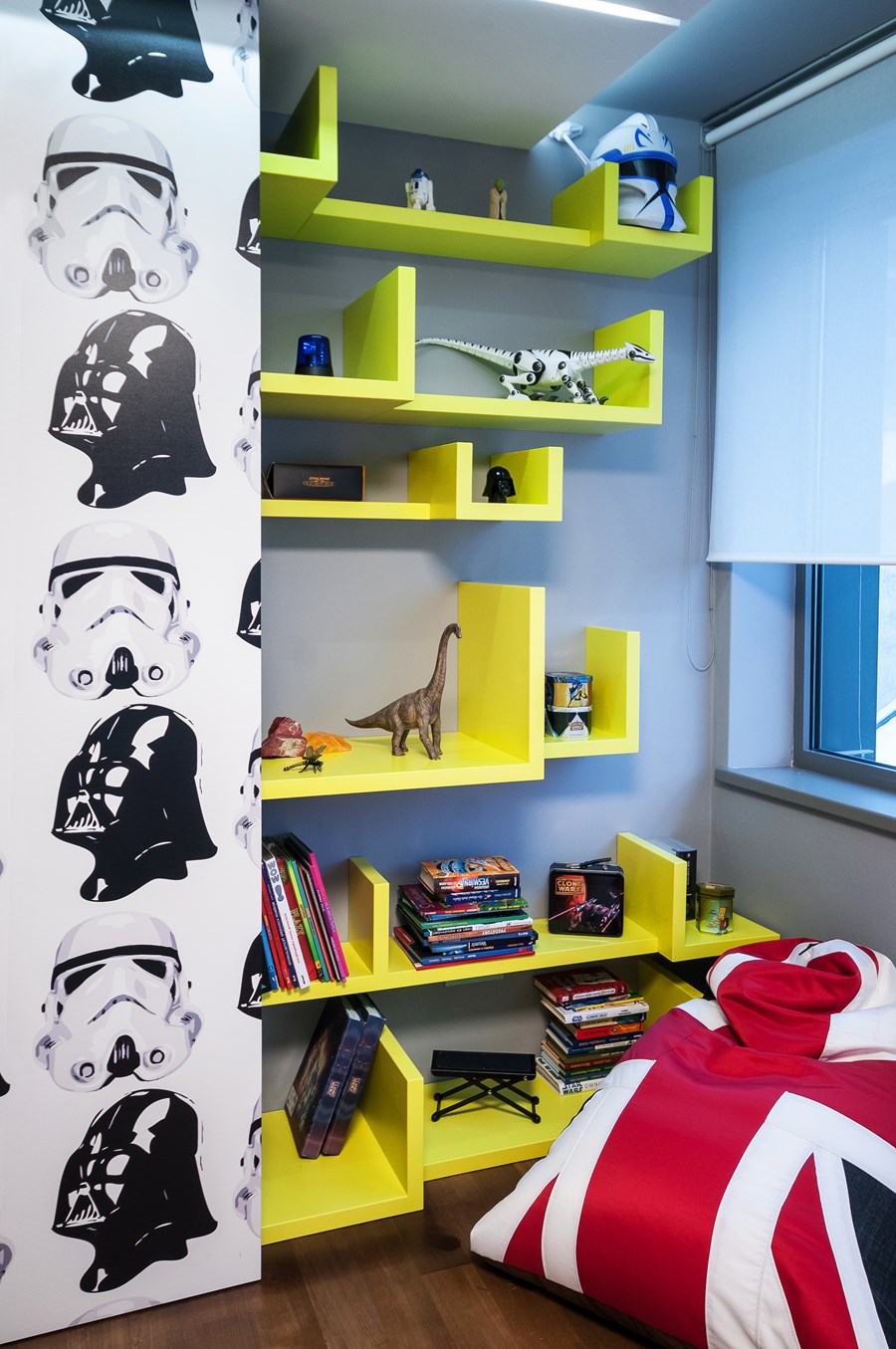 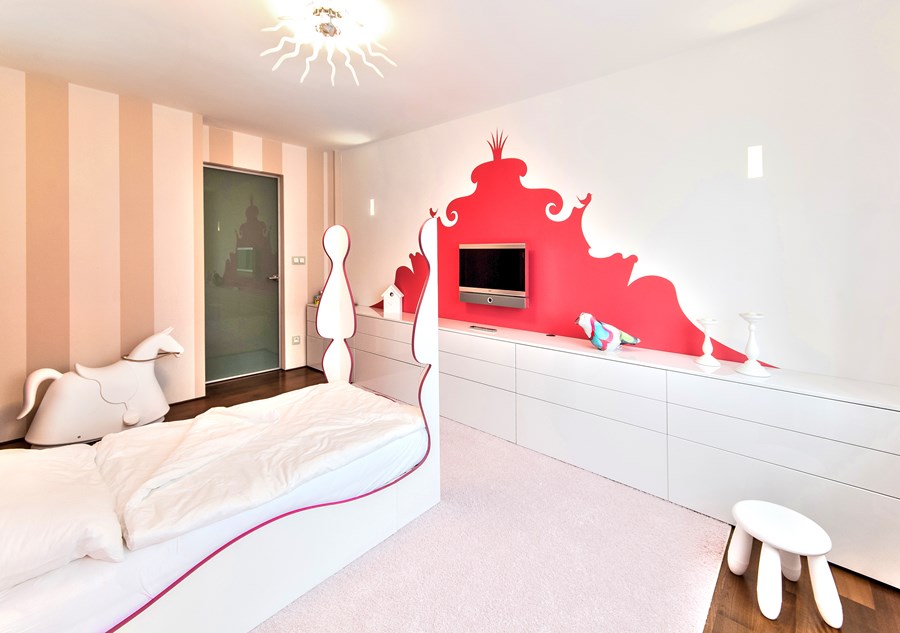 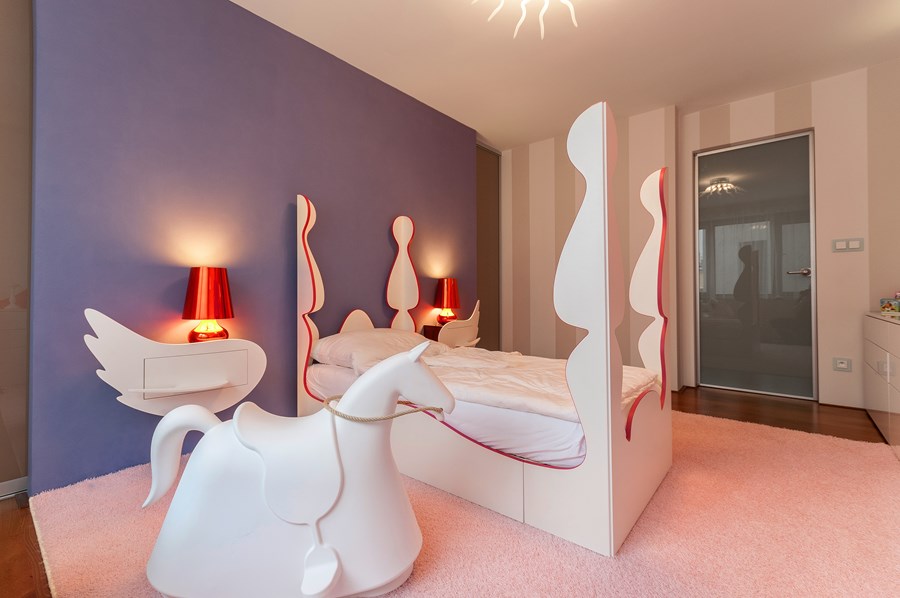 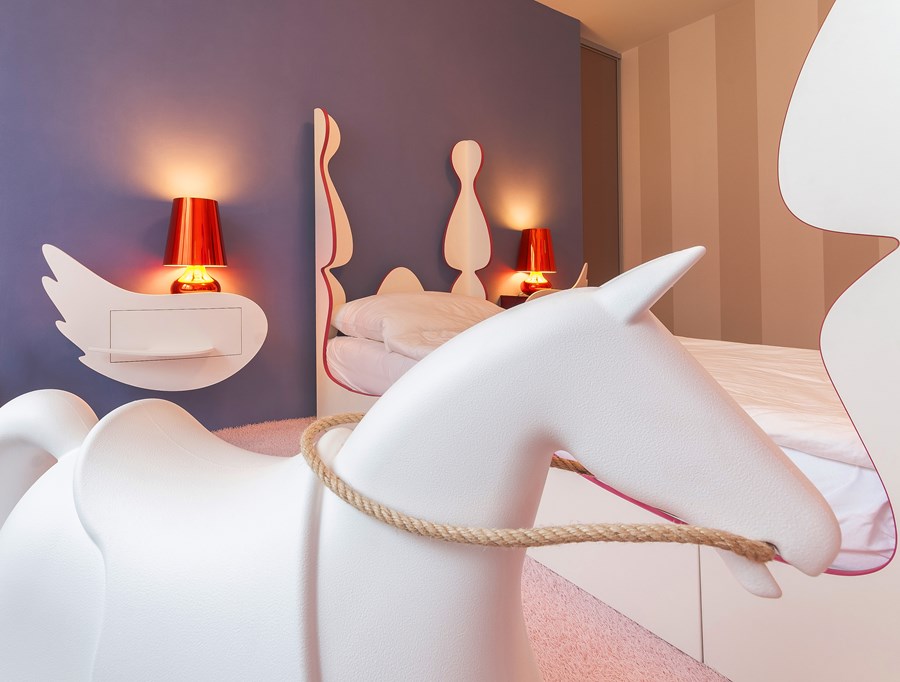 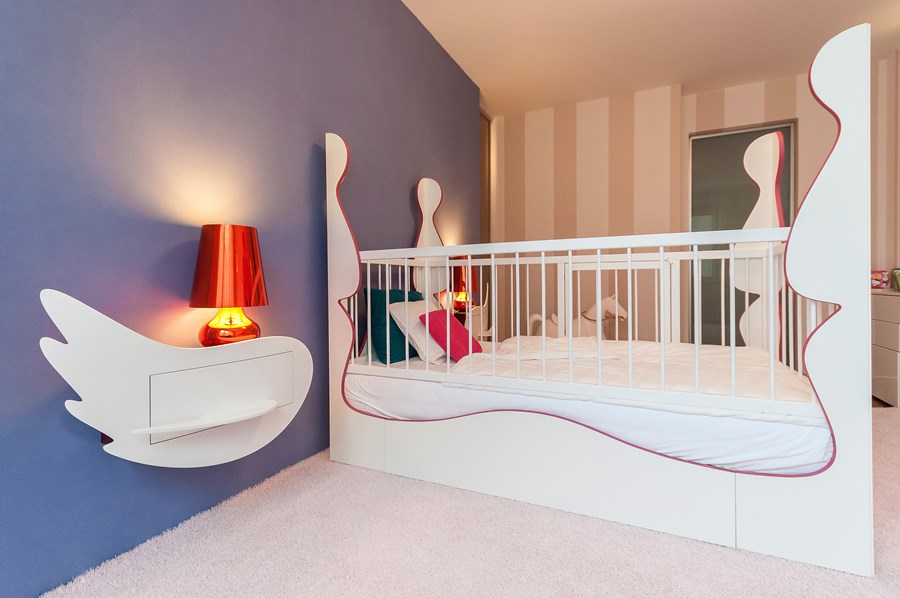 Boy’s STAR WARS room
The father is a big gamer and Star Wars fan too, so he wanted his son to have this superb room to spend time and play PC games with him together.
To maximize the little inhabitant’s comfort, the designer divided his living area in 2 zones by a dynamic streamlining plasterboard structure in the form of a spaceship’s wing. While giving the room a futuristic feel, it accommodates a flat TV on a telescopic arm and a gaming console.
At the window, the day/working area is dominated by a custom designed desk, which provides enough space for doing homeworks on PC as well as writing. On the other side of the wing, a royal sized bed invites for relax & after homework play. The wall behind the bed is decorated with a large handwritten graffiti displaying a star trooper defeating anyone or anything, who would try to disturb the young star-admiral’s peaceful sleep.
Instead of getting toy-like, to make the pure & futuristic room associable with the Star Wars saga, the author used a mix of timeless pop-art language and modern street style vibes. Thanks to this, the room is a guaranteed eye-catcher at any age.

Chamber of the Princes
This room was previously used as the parent’s bedroom. For their little princes, the parents decided to keep the walk-in wardrobes on both sides of the room, as with time they will surely fill with fabulous robes and dresses. This determined the room’s symmetrical composition, which is a great match with the all-over royal concept. Considered as the heart-piece of the chamber can be the bed, for which the designer developed a unique construction. As long as the infant princes needs support and suspension during her first attempts to stand up, a cradle banister provides all the required protection. Once grown up to a wise empress, the banister can be removed to transform the bed into a real royal jewel.
At the sides of the bed there are 2 wing shaped night tables, decorated with plastic table lamps by Kartel. Together with the ornamental shape giving an extra frame to the TV on the opposite wall, these components create fairytale atmosphere for sleeping & playing.
All the furniture is custom designed.
The library was also tailored to fit into a fully furnished space, as the customer wanted to divide their kitchen from the living room area, while keeping the ability to watch over their kids.