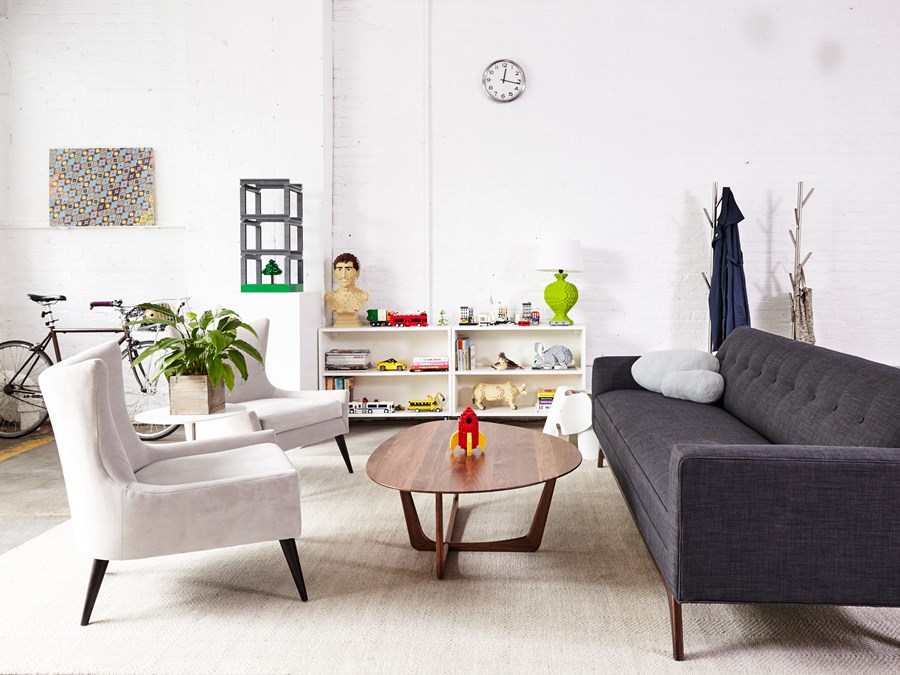 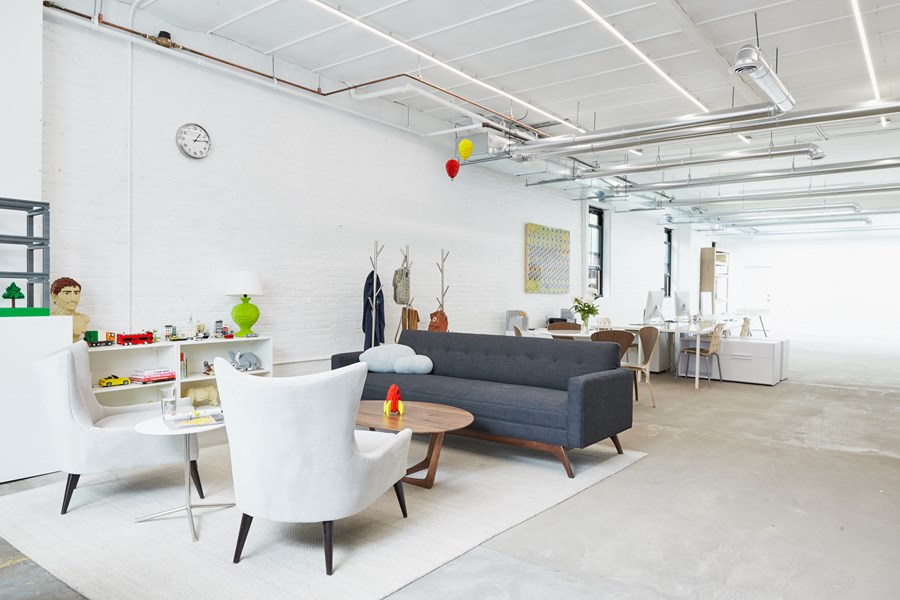 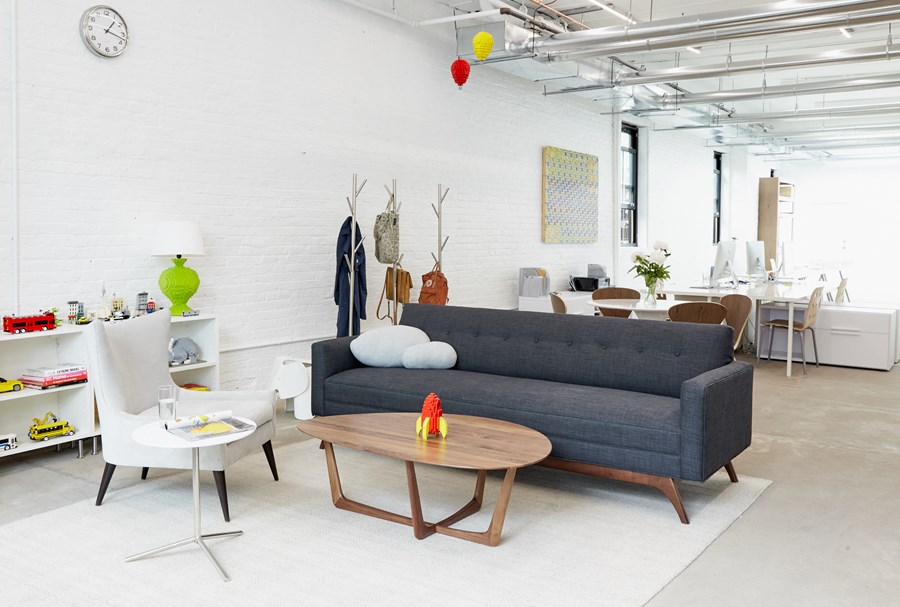 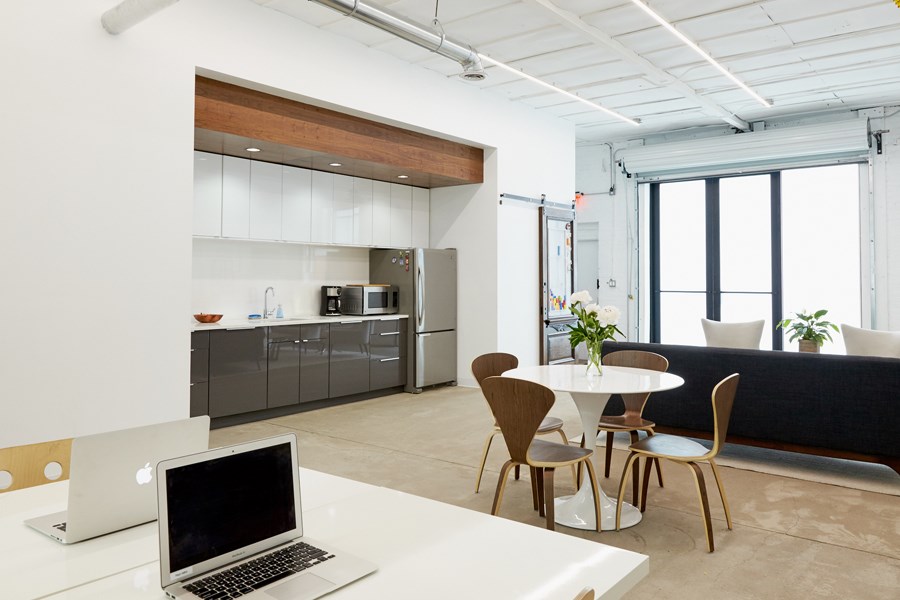 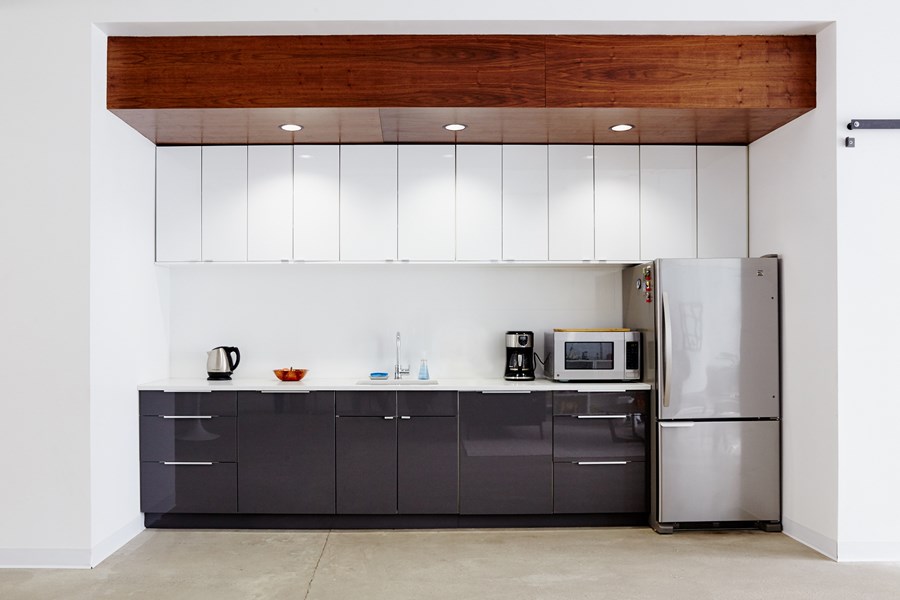 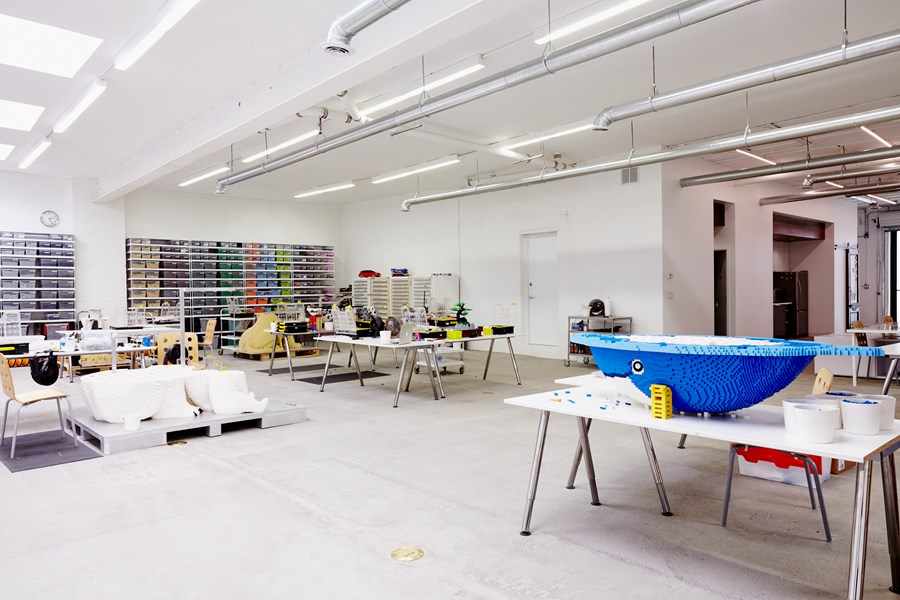 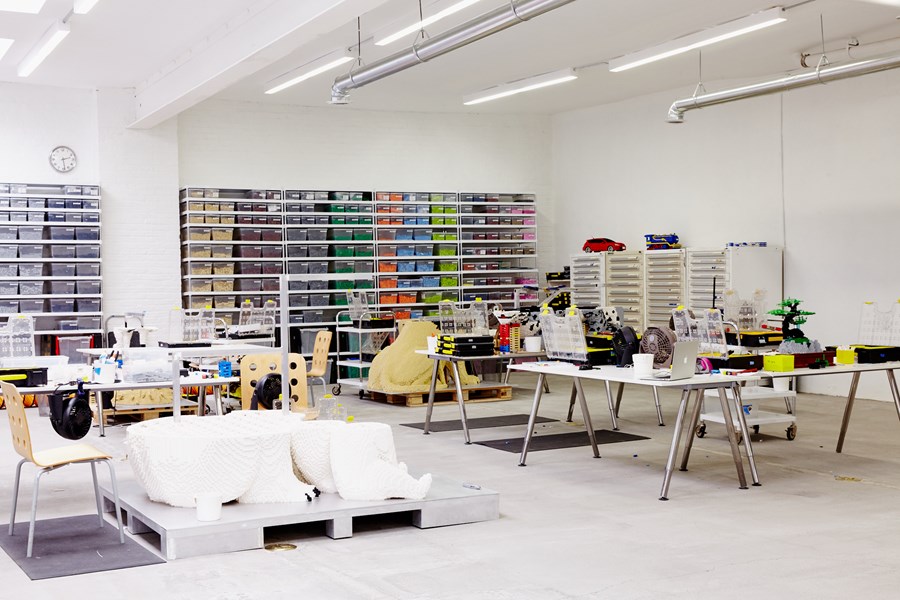 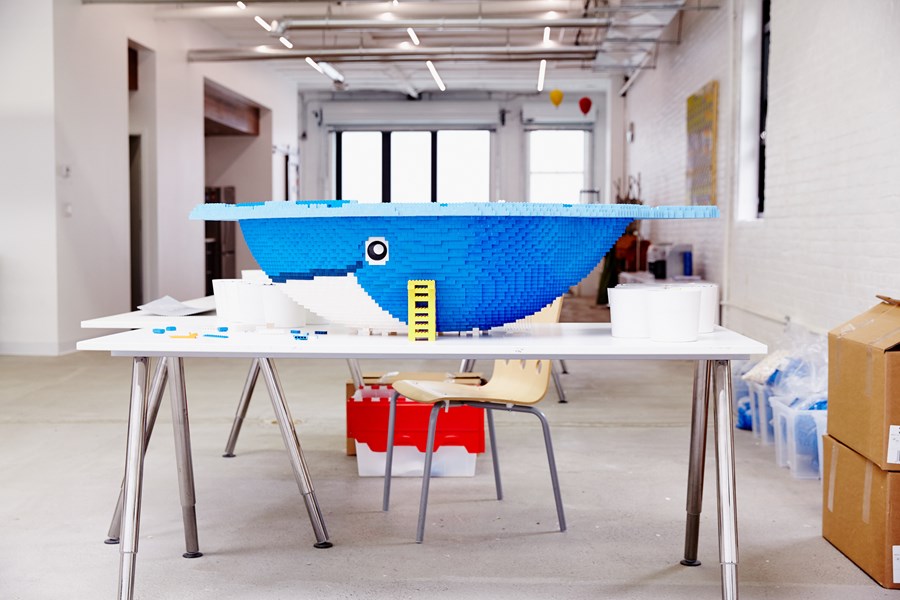 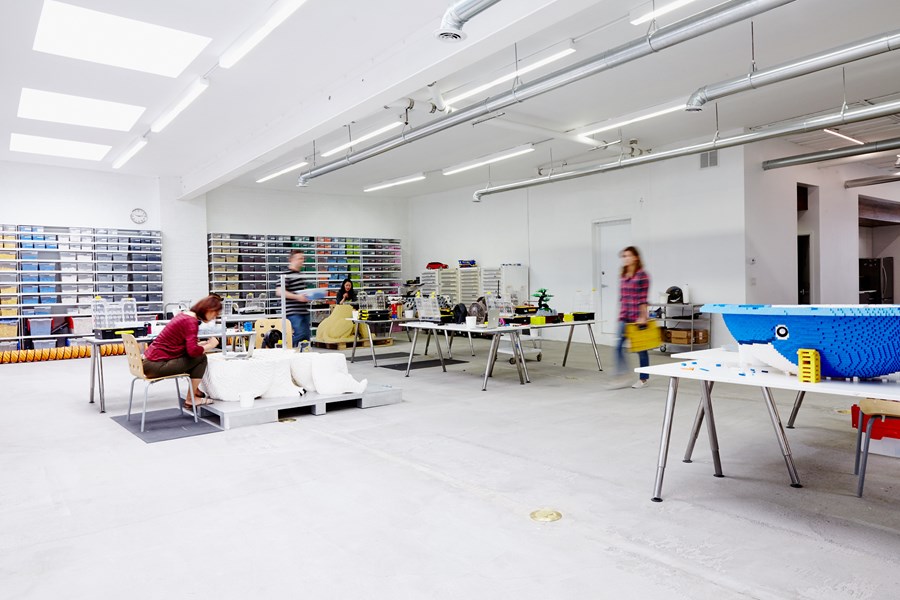 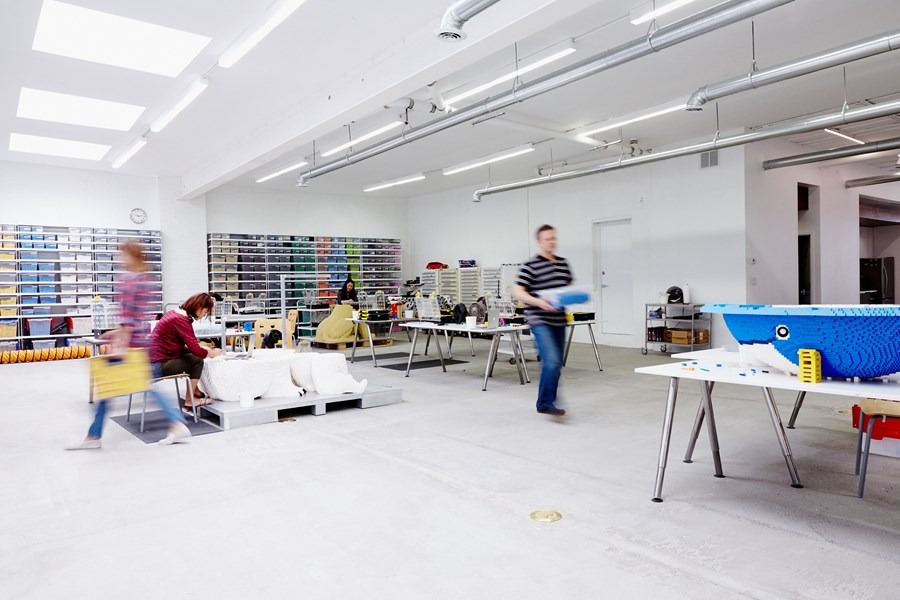 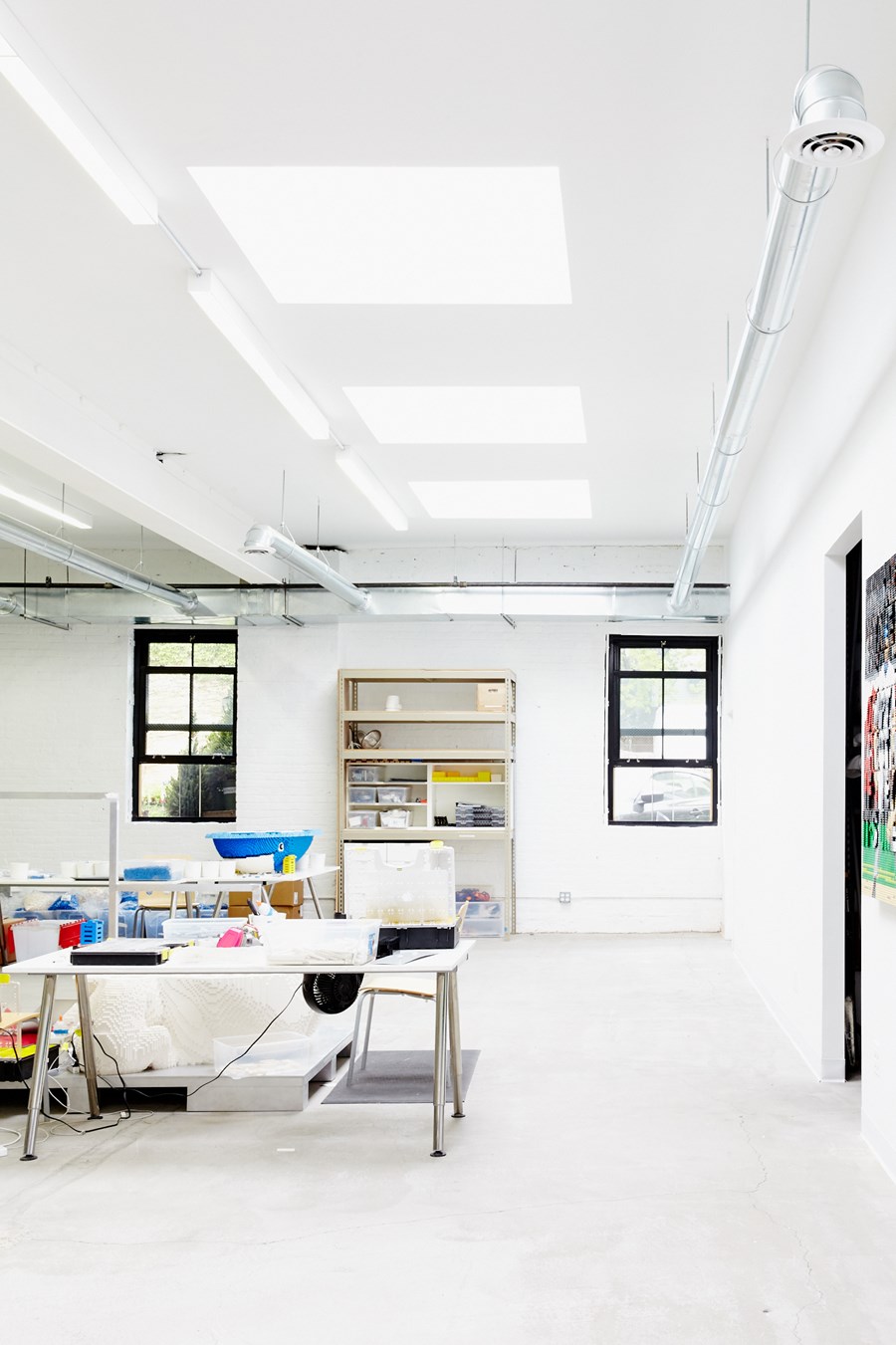 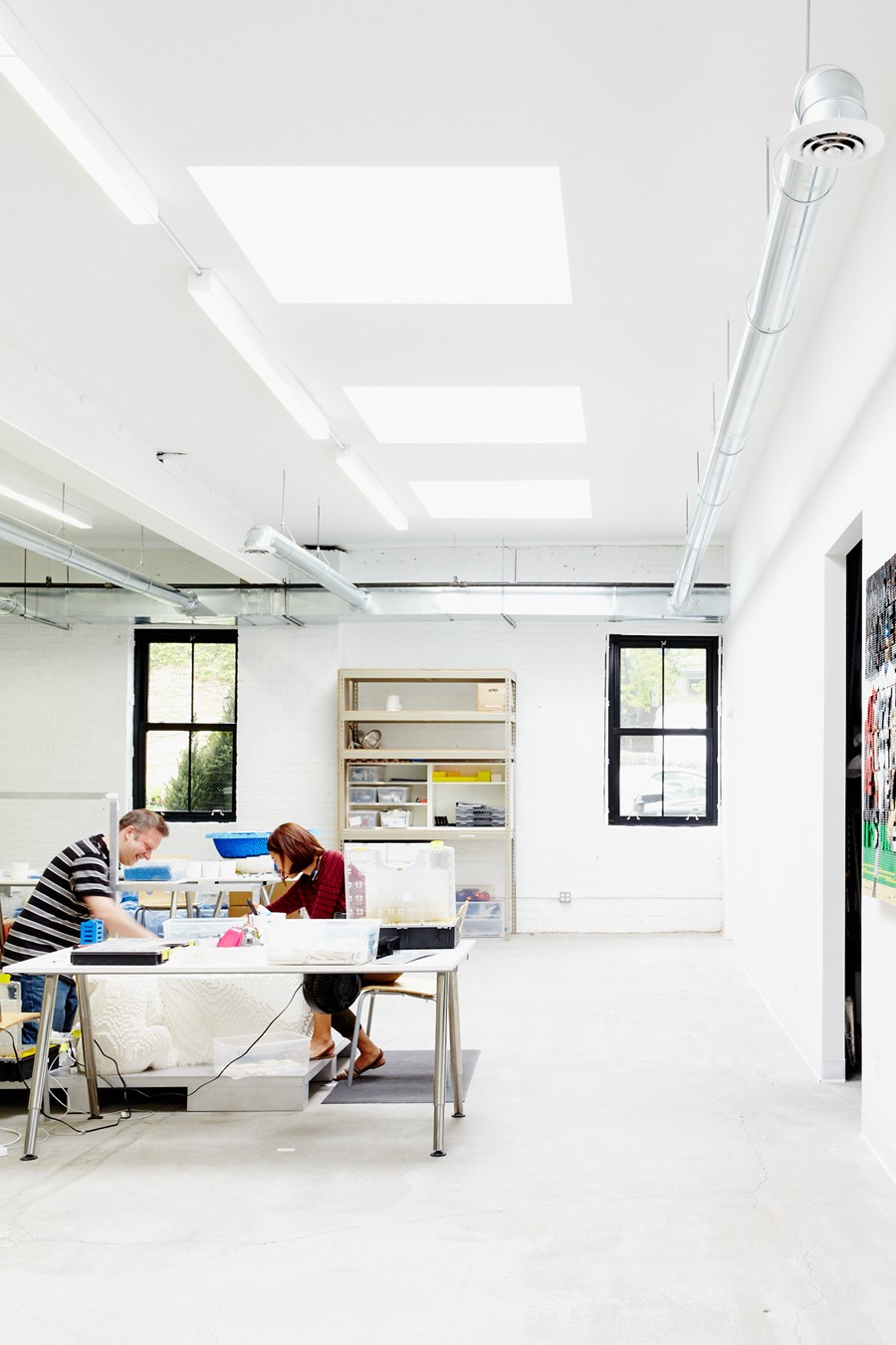 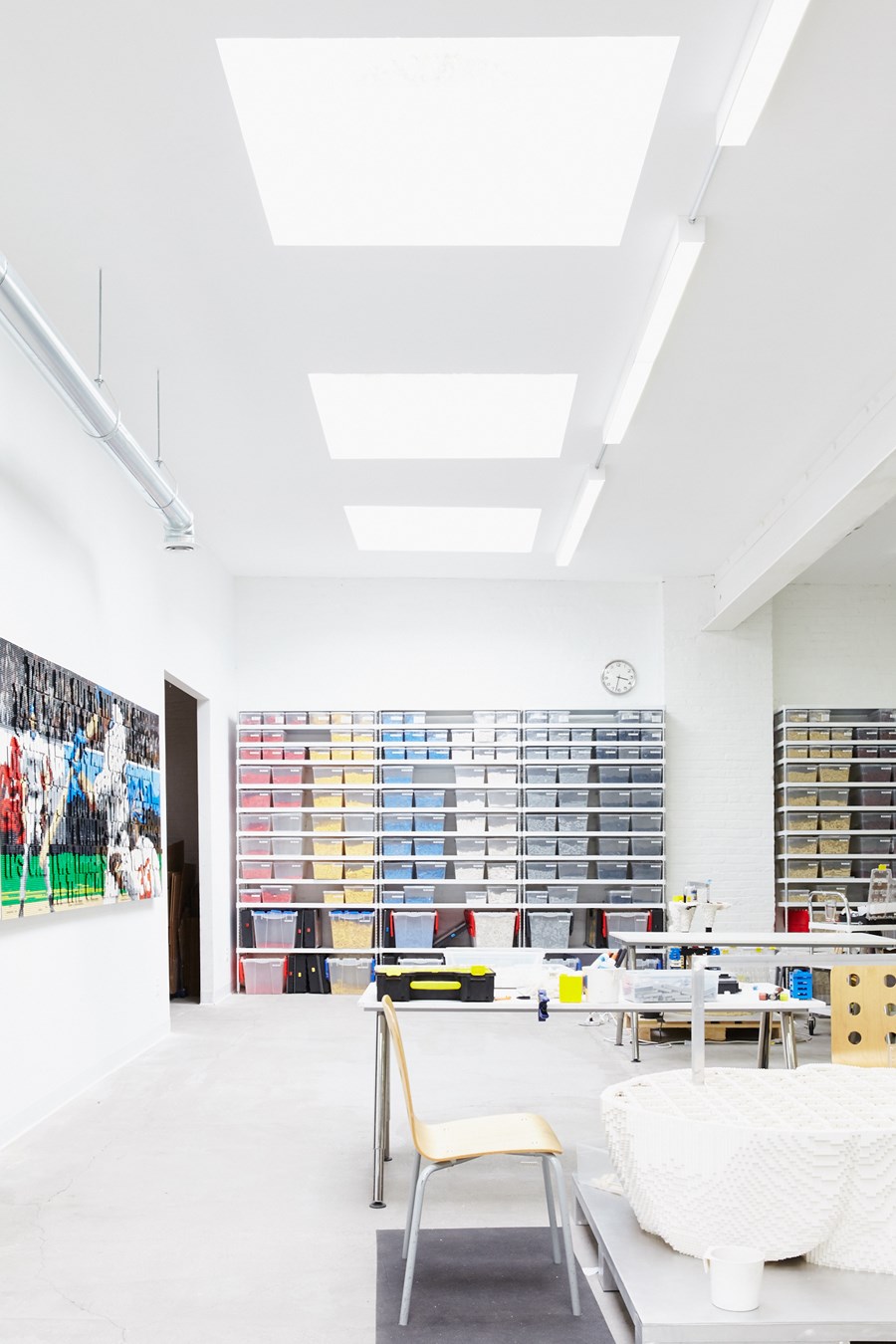 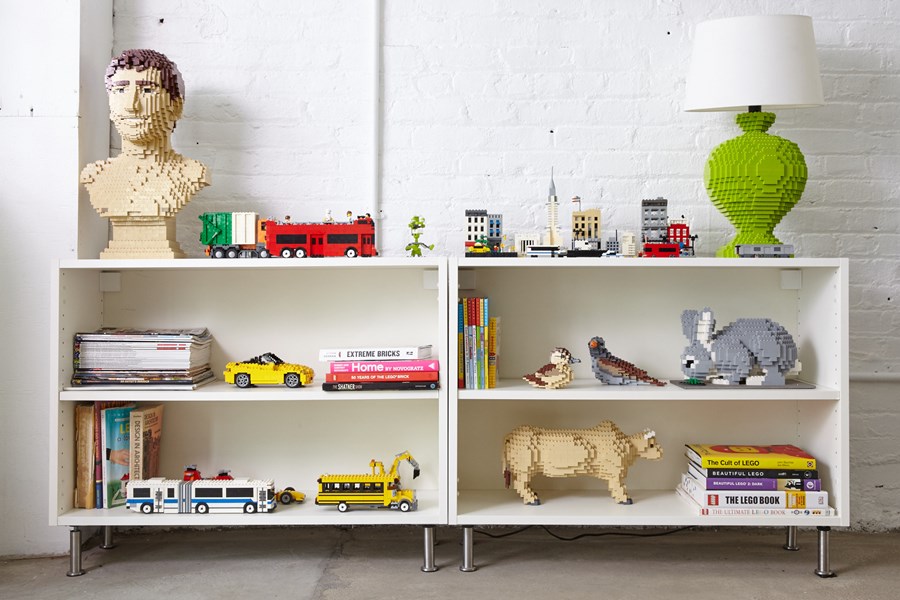 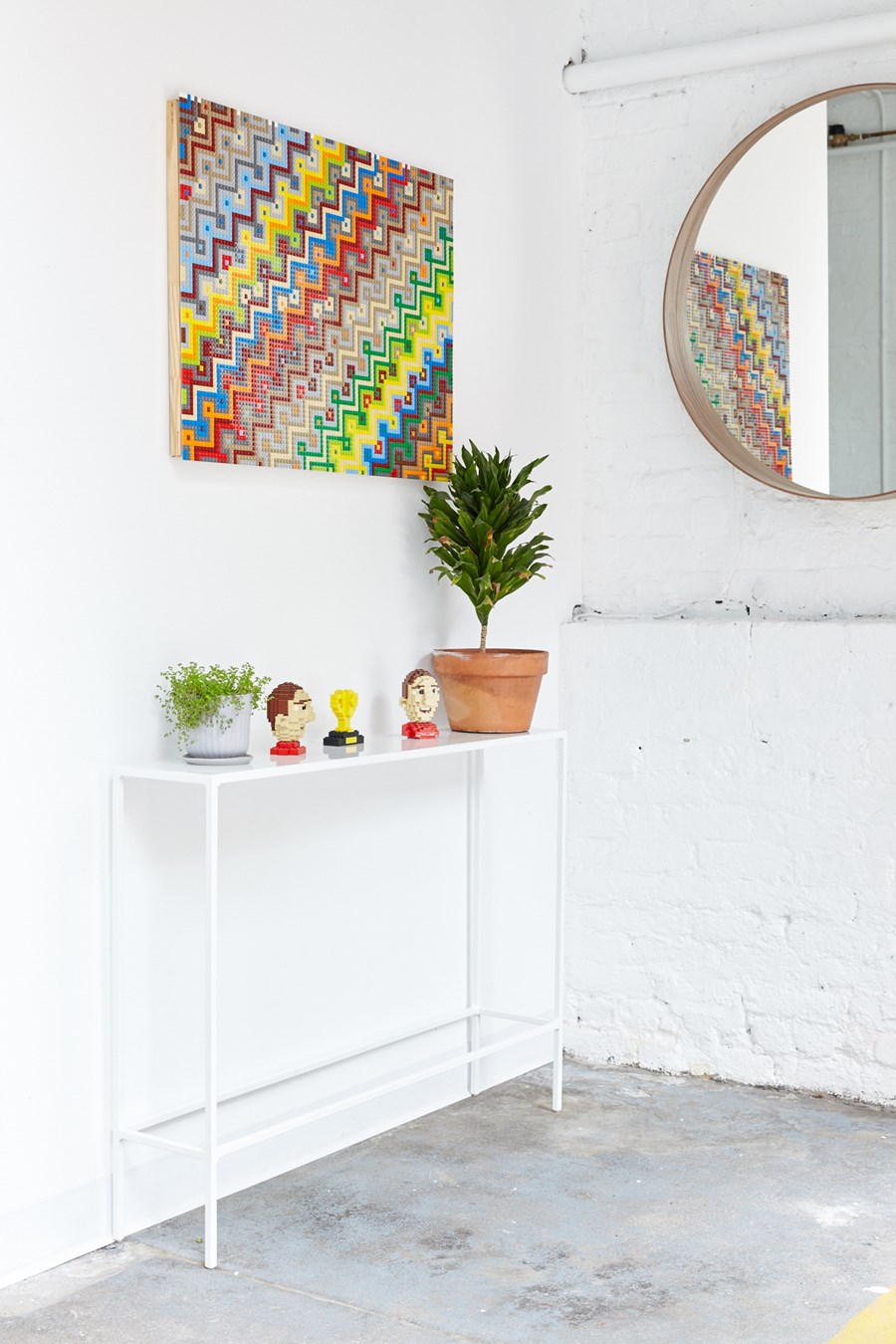 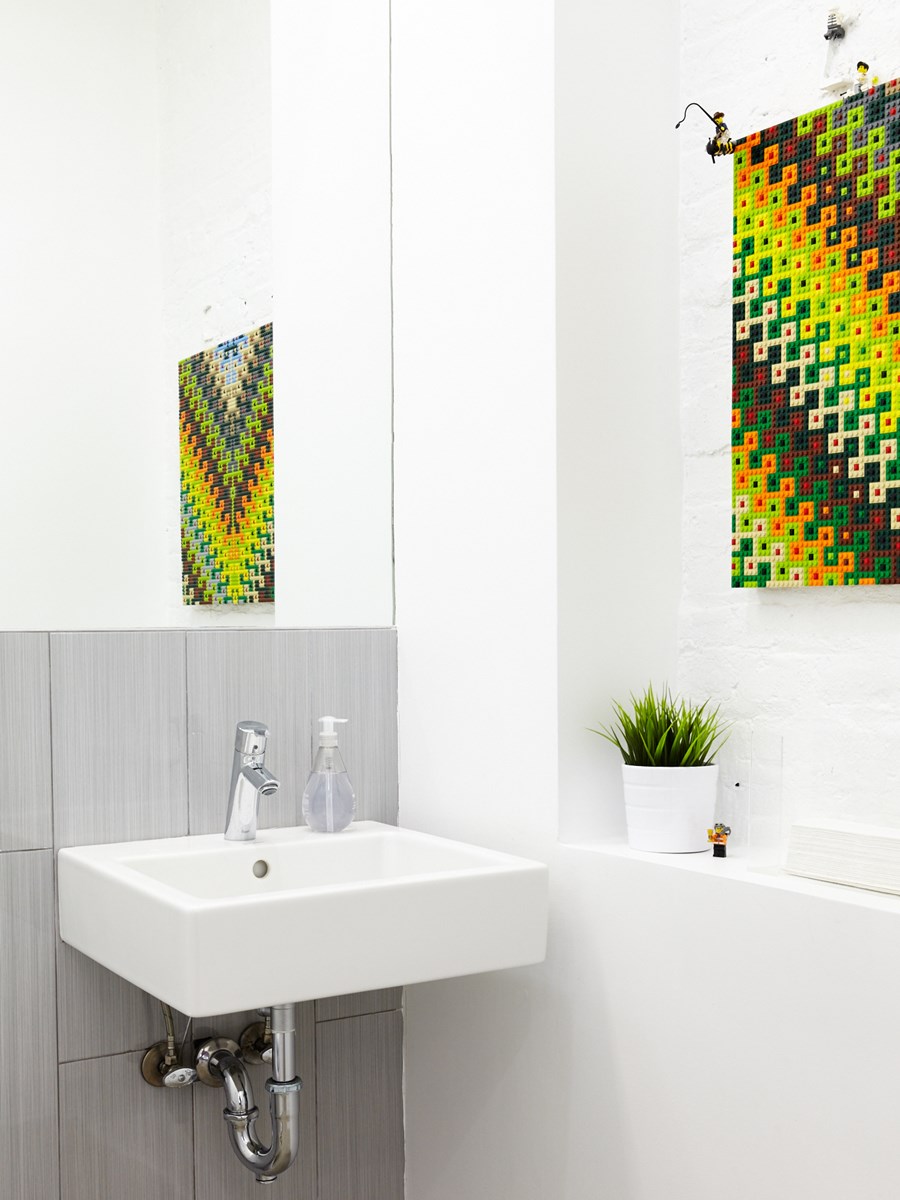 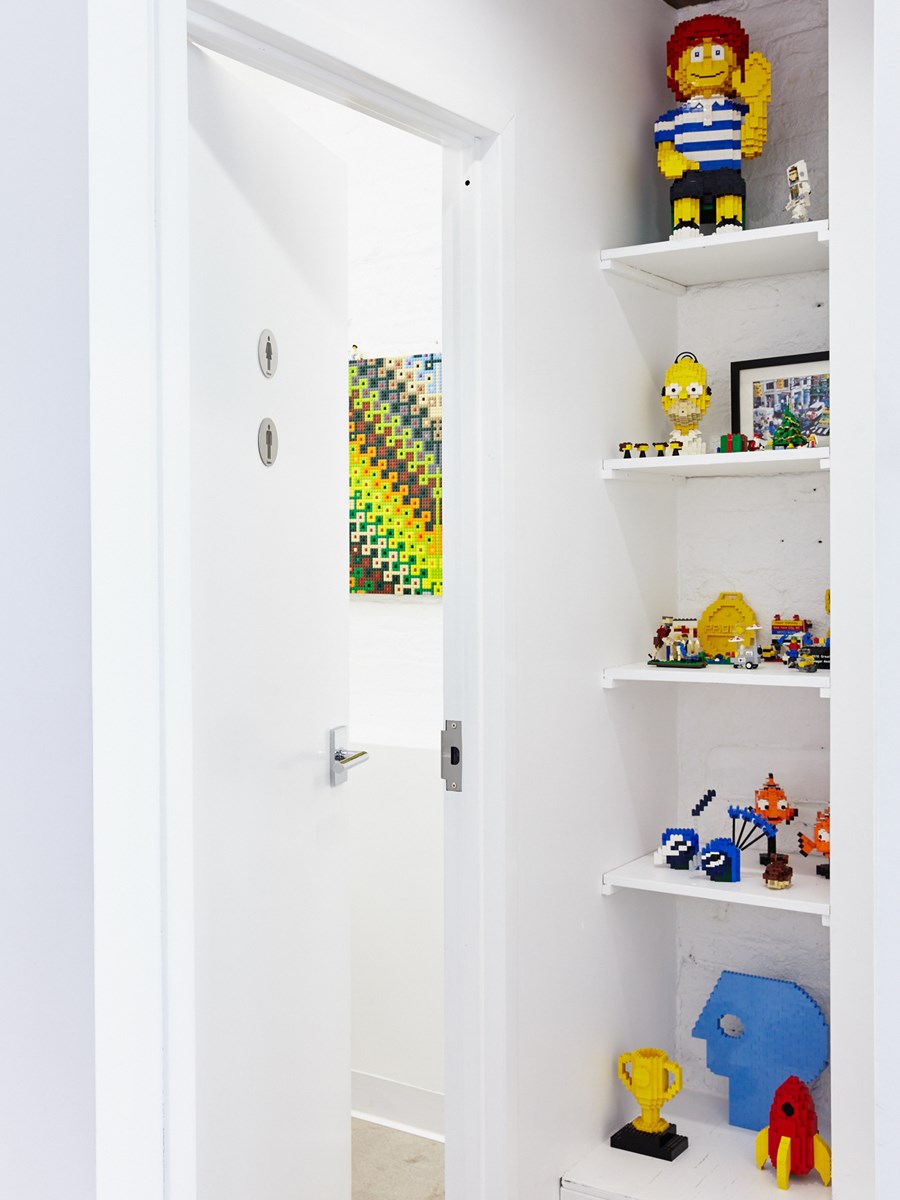 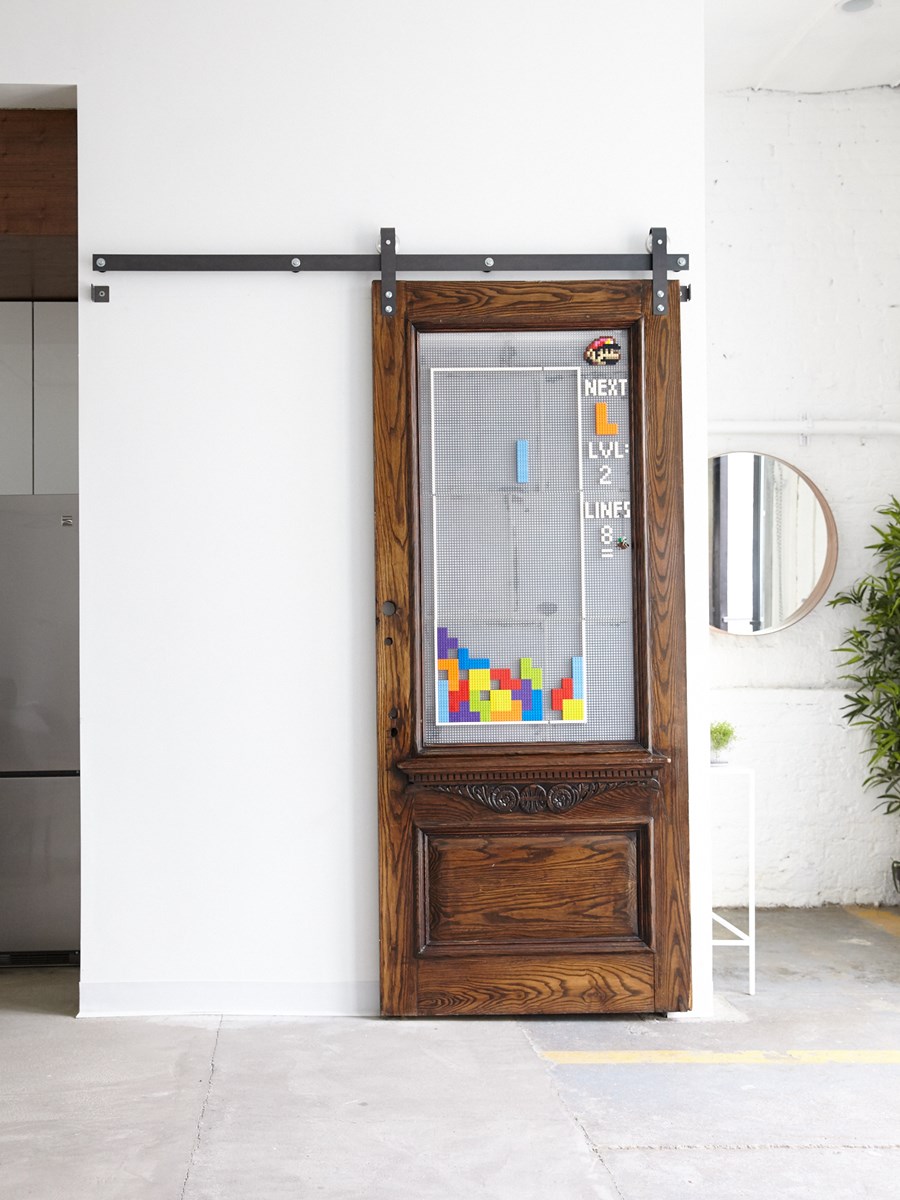 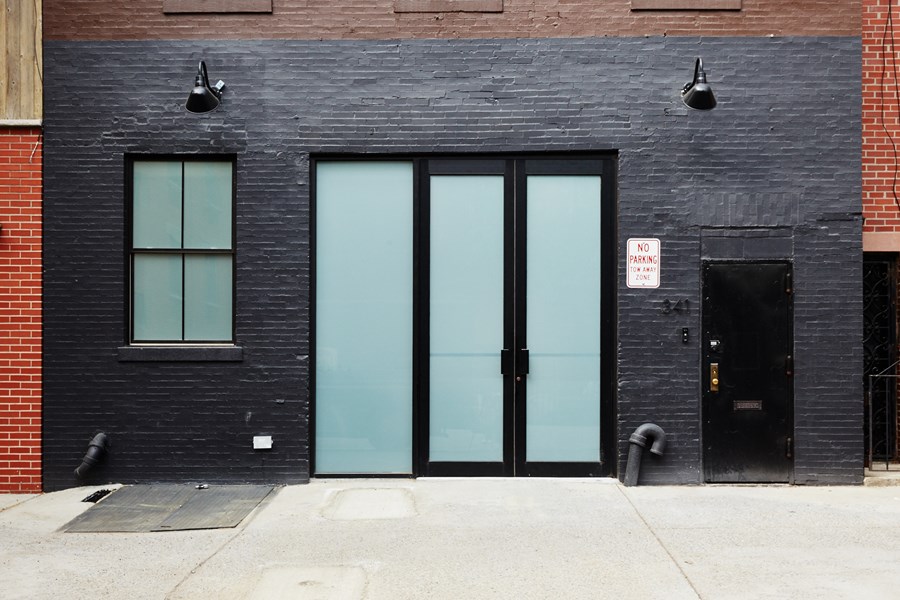 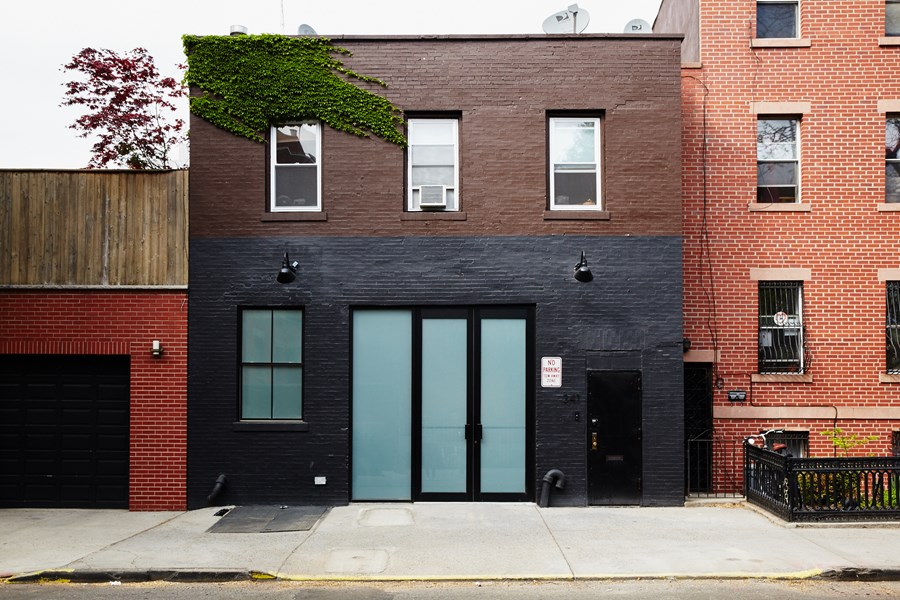 Sean Kenney, an award-winning artist and “professional kid” who uses LEGO pieces to design and create contemporary sculptures, has moved into a newly renovated art studio in Brooklyn.
“Most working art studios in New York are low-budget affairs, ironically, with little to no sense of visual style,” said Kenney. “Now here I am in a gleaming, beautiful new 4,000 square foot facility. I couldn’t be happier.”
The brick shell space is a pre-Lincoln era carriage house that was most recently a parking garage. There was no plumbing, gas or electricity, had a leaky roof and a lumpy old concrete floor.
Working with Florence Tang, Assoc. AIA, from studioMET Architects in Houston, Kenney’s studio was transformed into an open and bright modern space where he and his team of assistants design, build, crate and ship colorful LEGO brick sculptures and portraits.
“It was an exciting and great collaboration. I knew immediately that the space needed to reflect the exuberance, colorfulness and unpredictability of Sean’s work,” Tang said.
The collaborative work floor space needed flexibility to transform from one hour to the next; one month to the next, as the nature of the work is custom commissions varying from a stately Greco-Roman figure to an insect dangling from the ceiling to a custom portrait for a celebrity mom. The front of the space with a desk pod, a lounge and kitchenette had to be dexterous so as to transform into a loading dock with a few minutes notice. A video/stop animation studio and woodshop, as well as a crate storage room for the sculptures, are also included in the space’s program. Careful decisions were made to prioritize the budget, design and construction to achieve move-in in three months.