Micro-apartment in Berlin-Moabit is a project designed in 2015 by Spamroom + Johnpaulcoss. The design brief for this Berlin fat renovation, in the district of Moabit, not only included the challenge of sensitively updating an Altbau (early 1900’s), but included the added element of its charming small size – measuring just 21sqm. 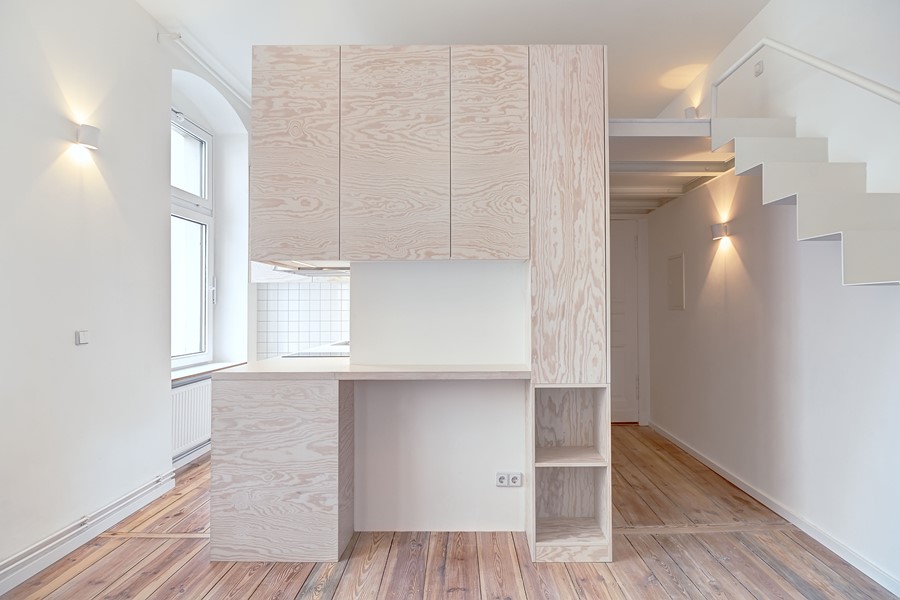 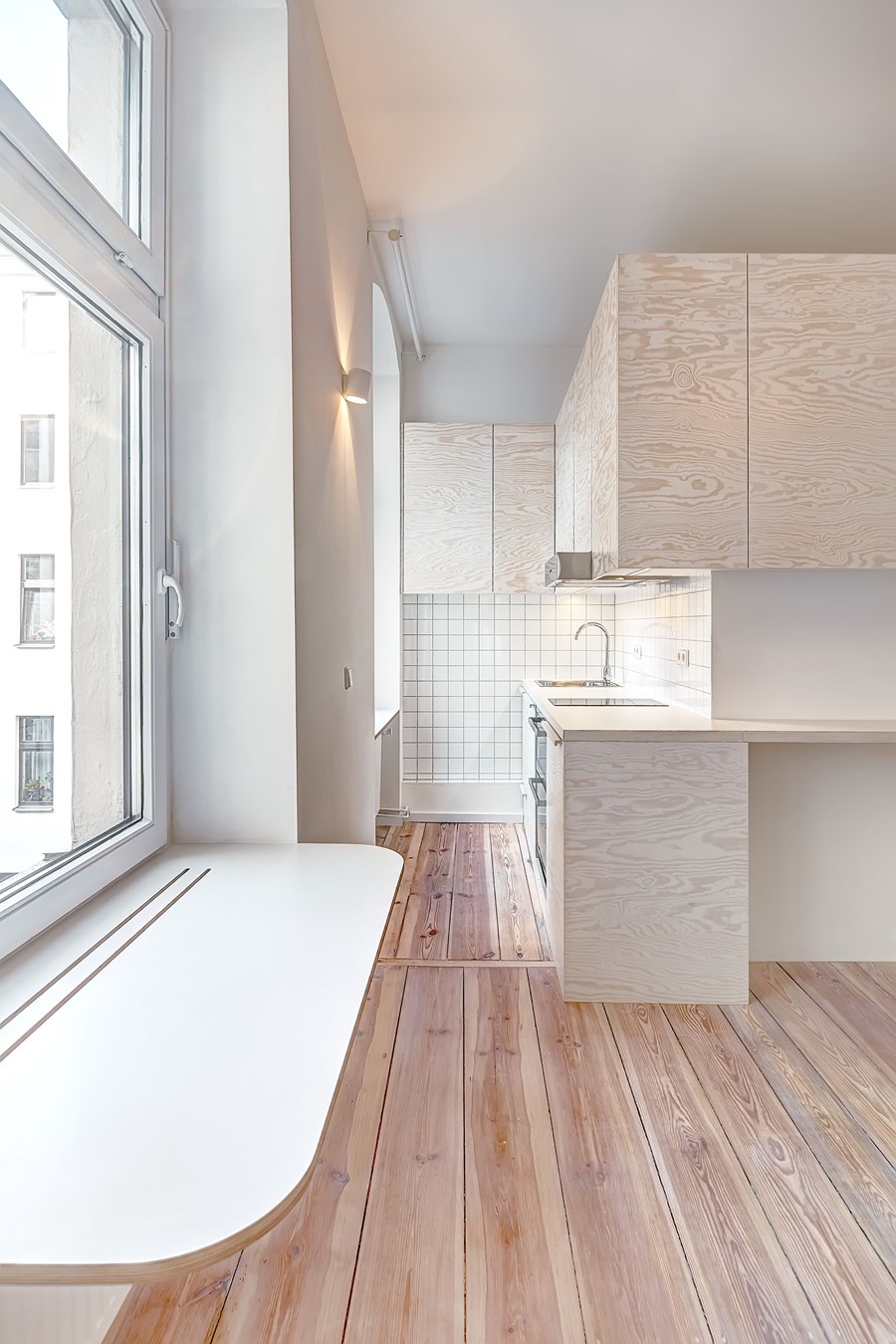 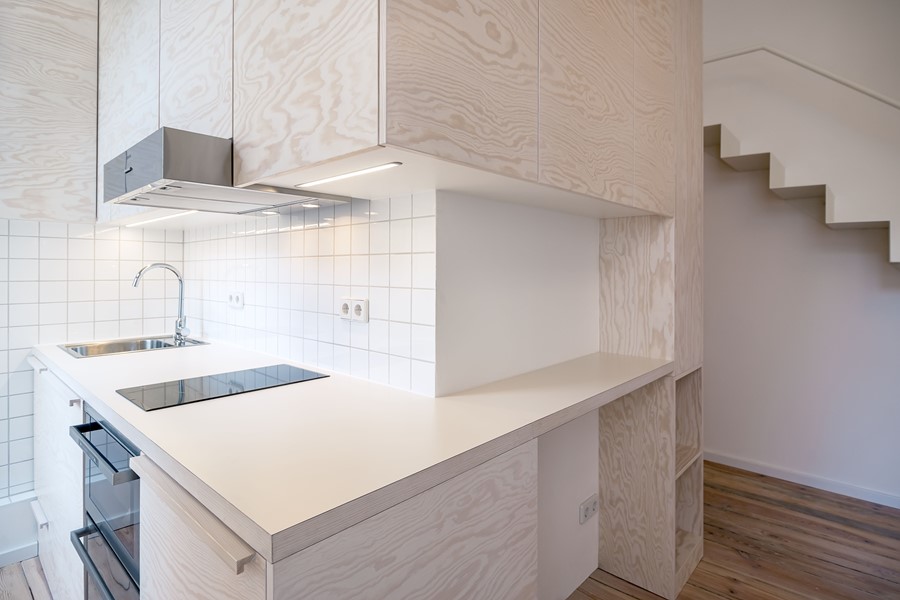 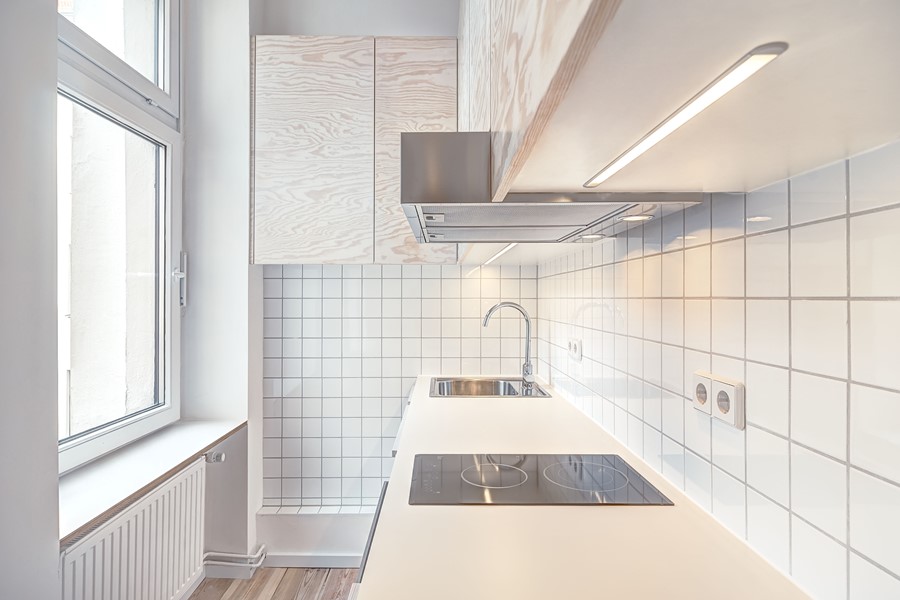 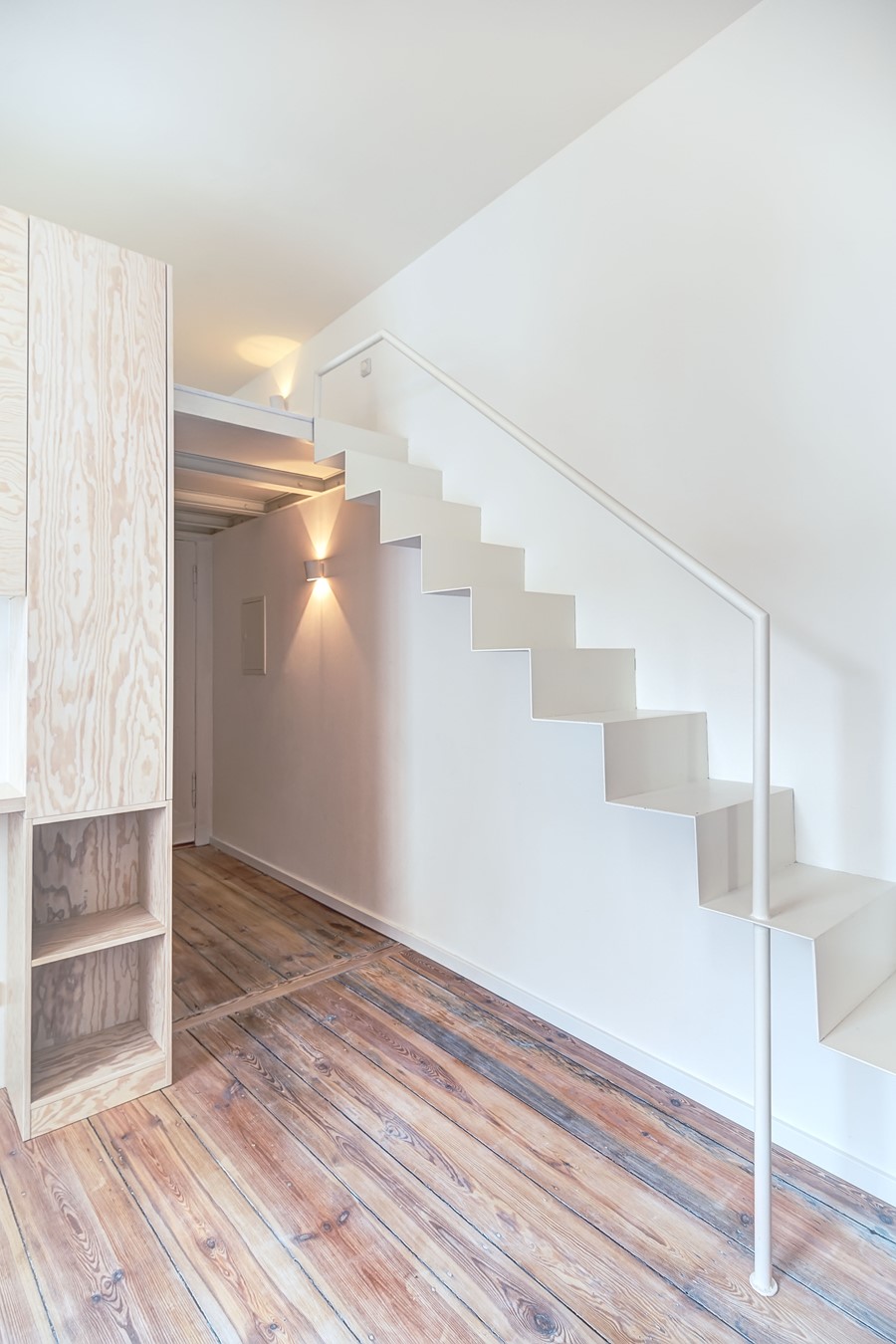 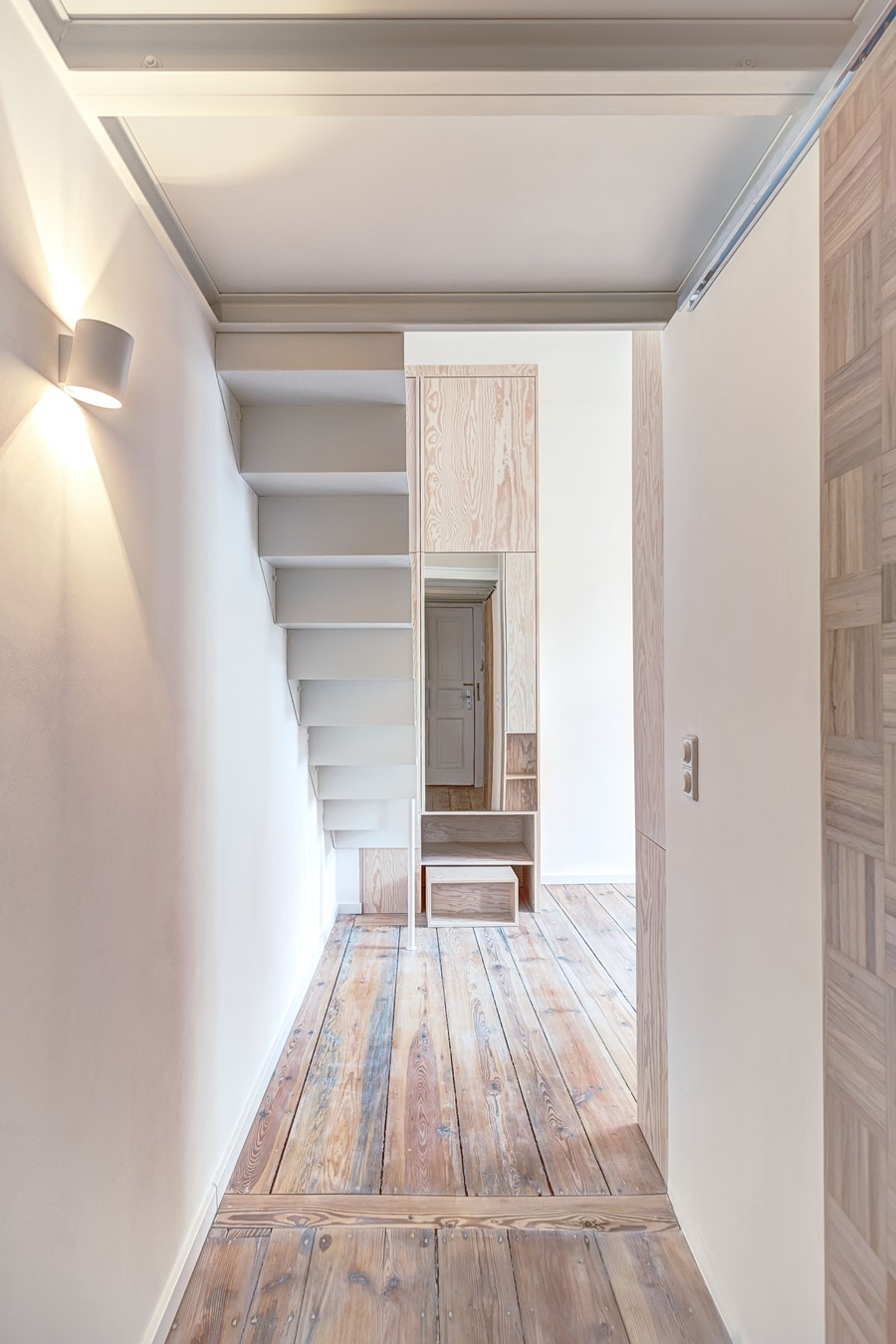 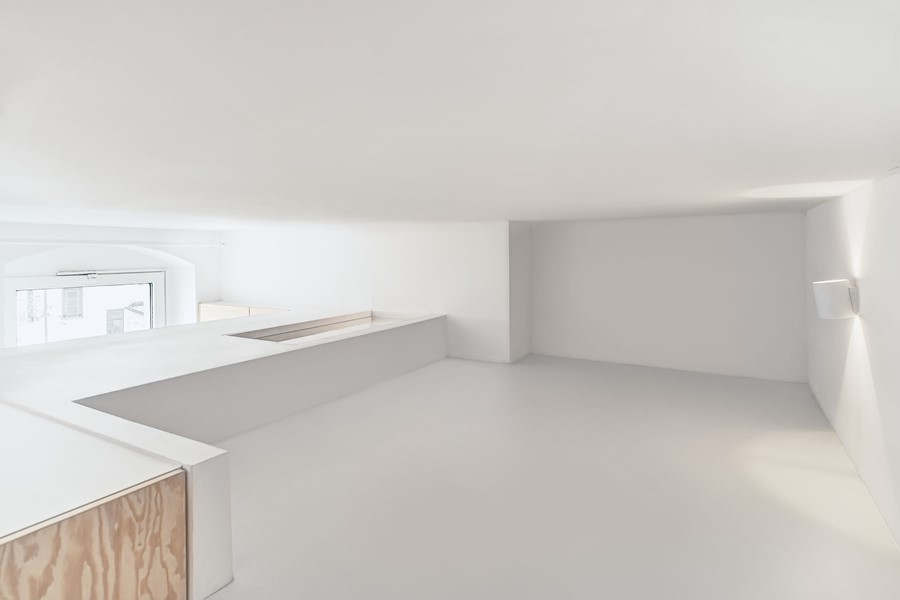 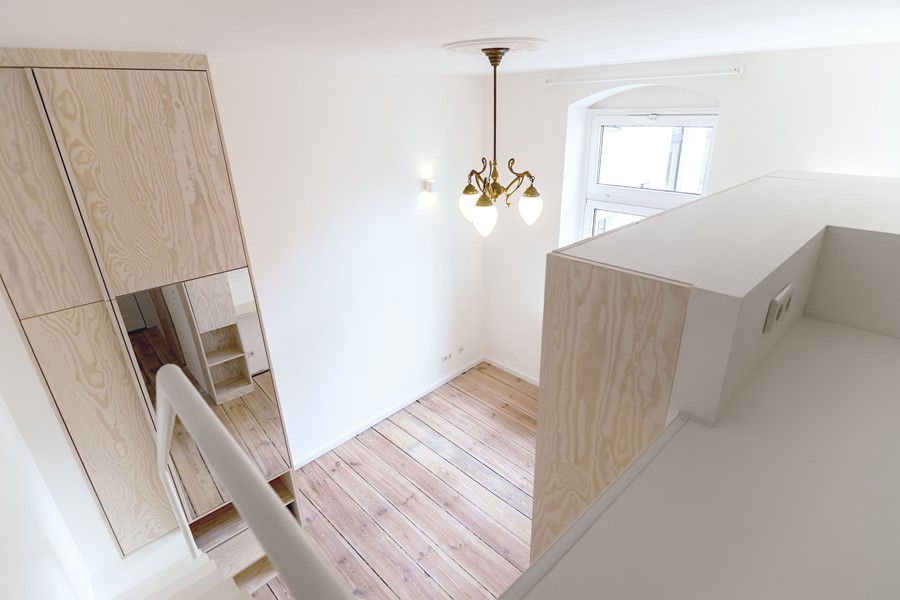 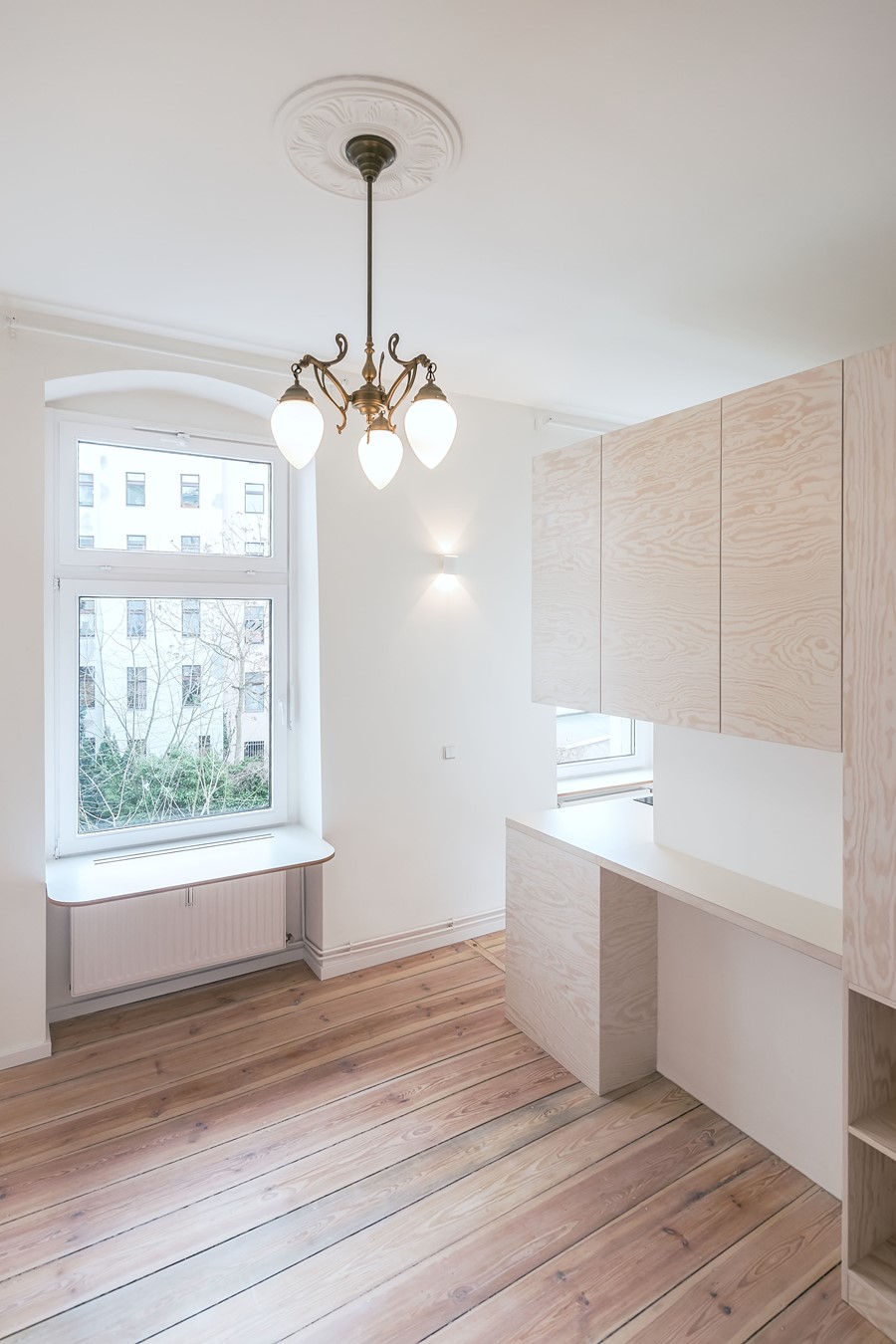 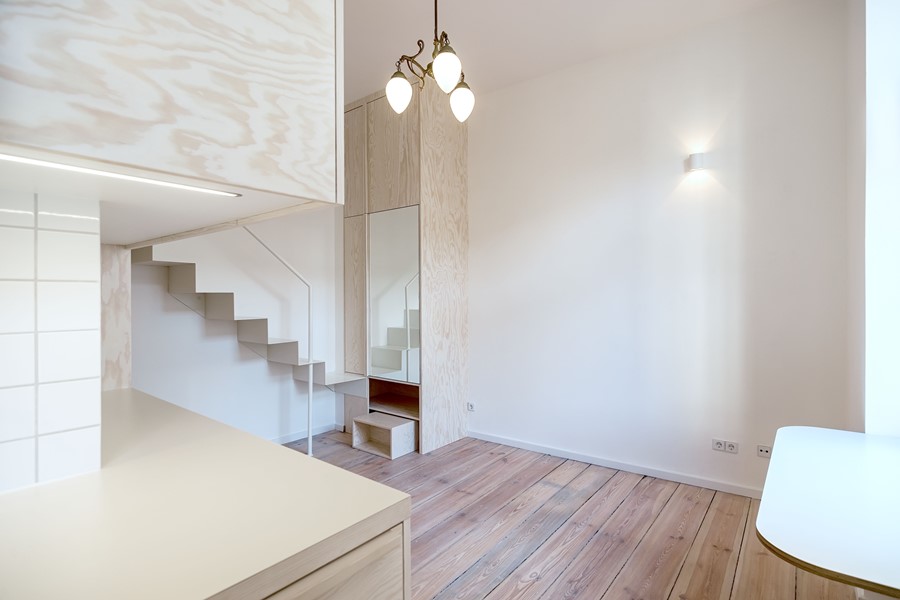 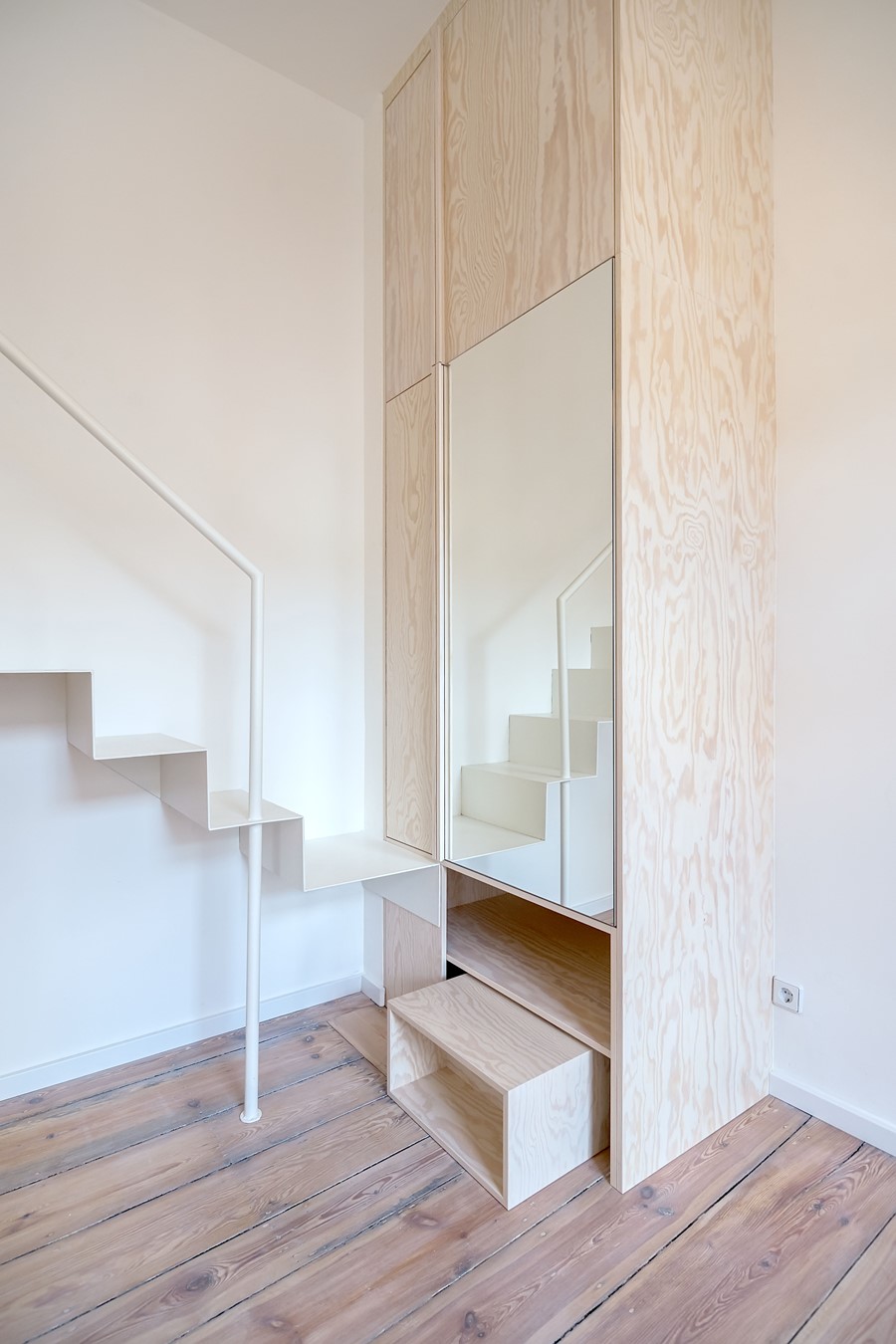 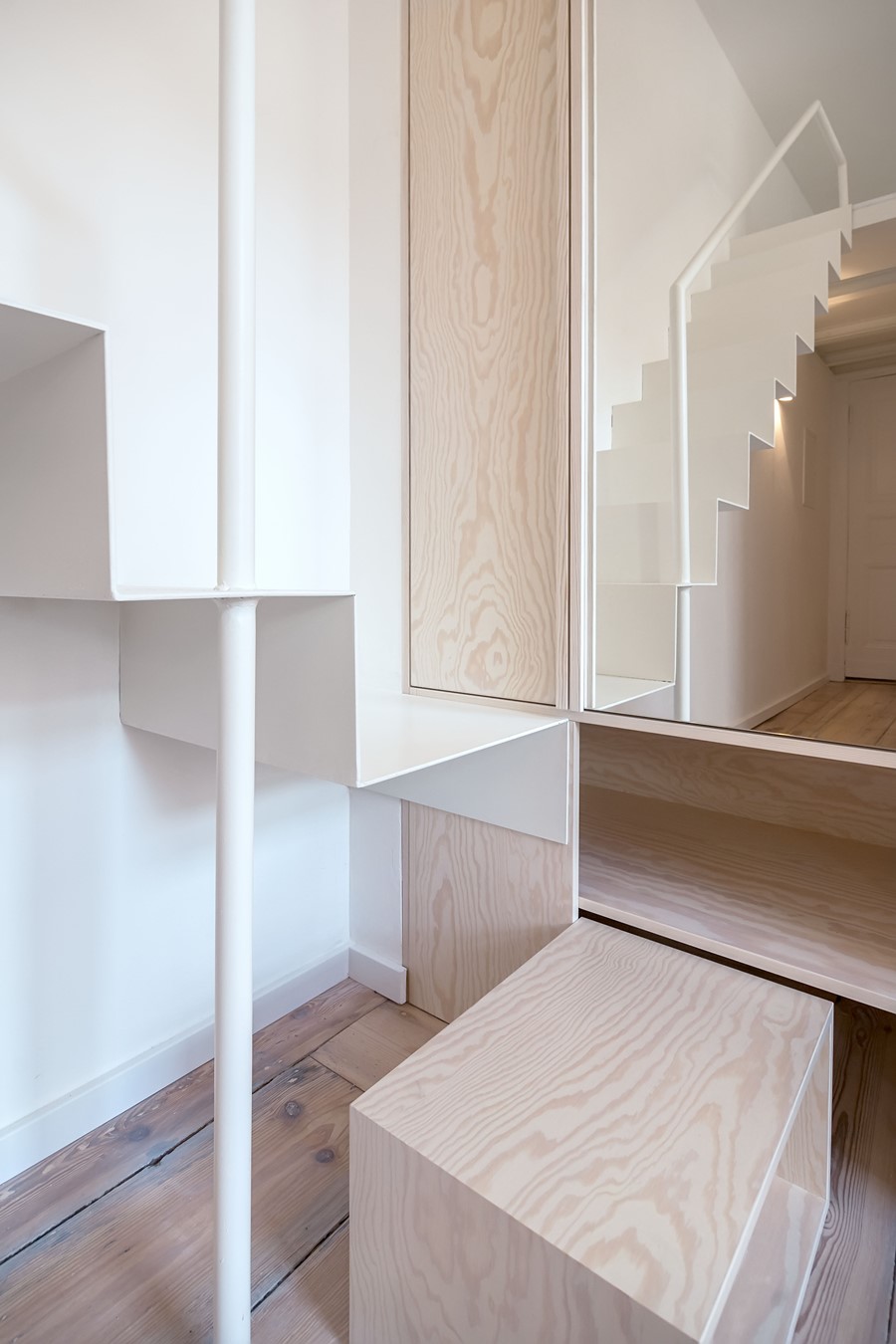 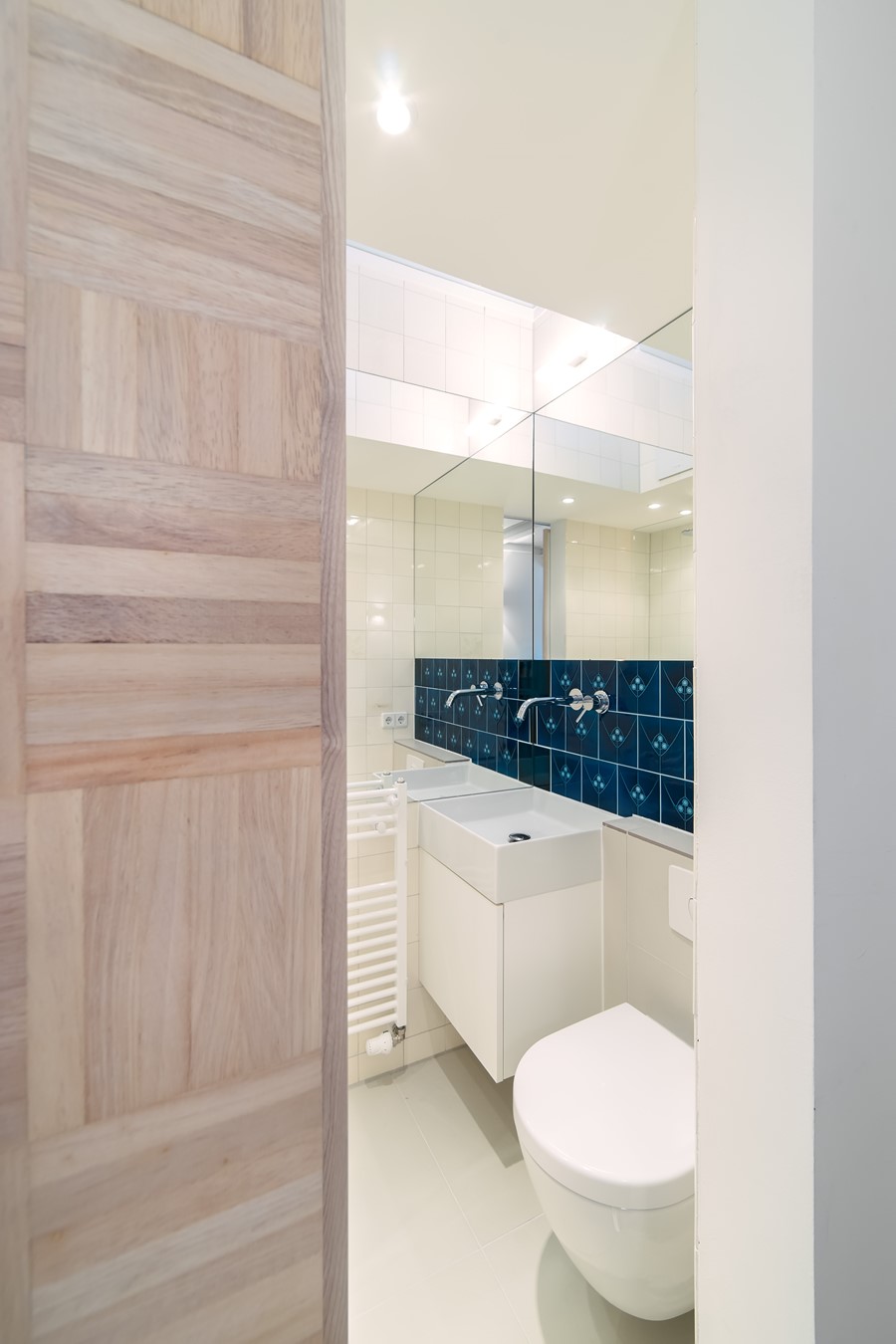 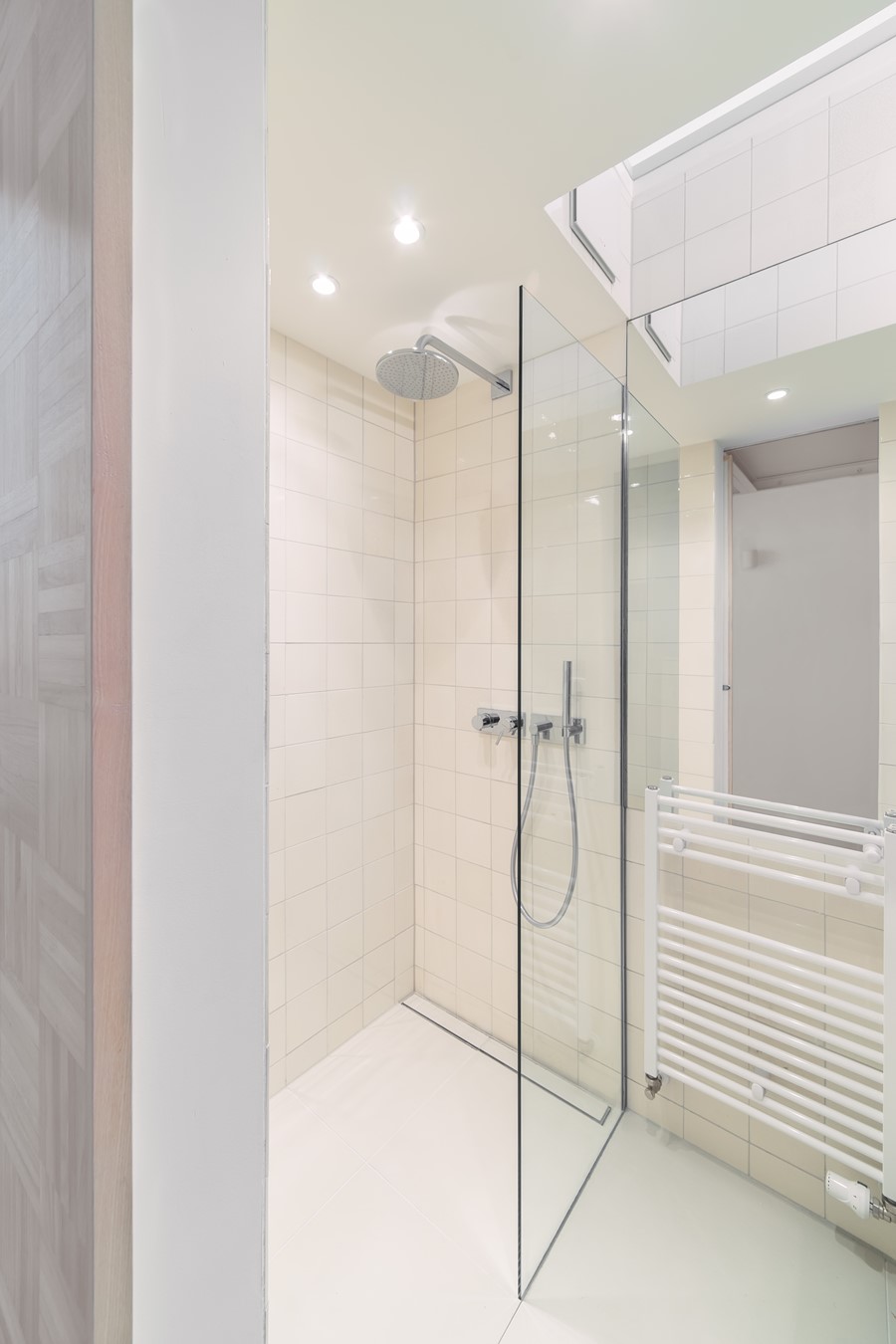 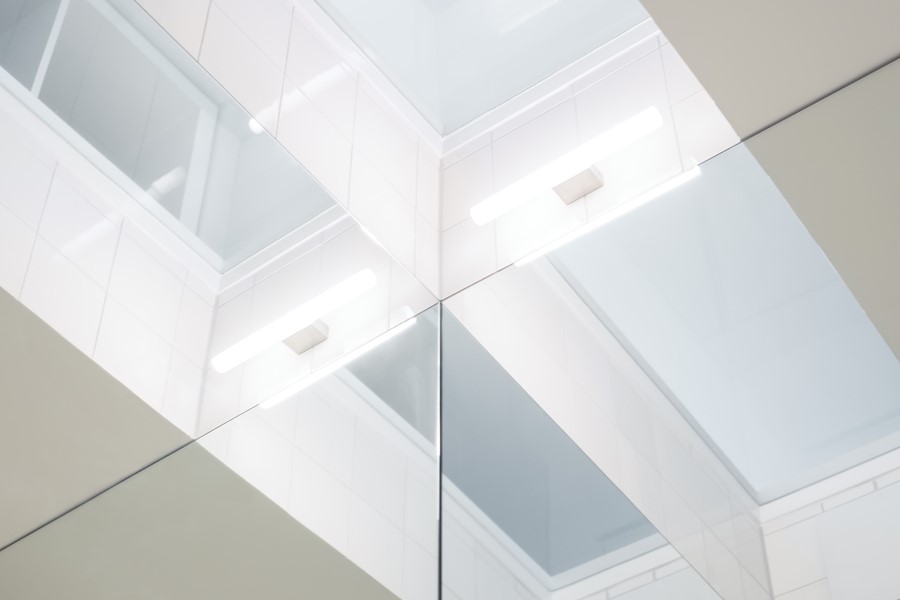 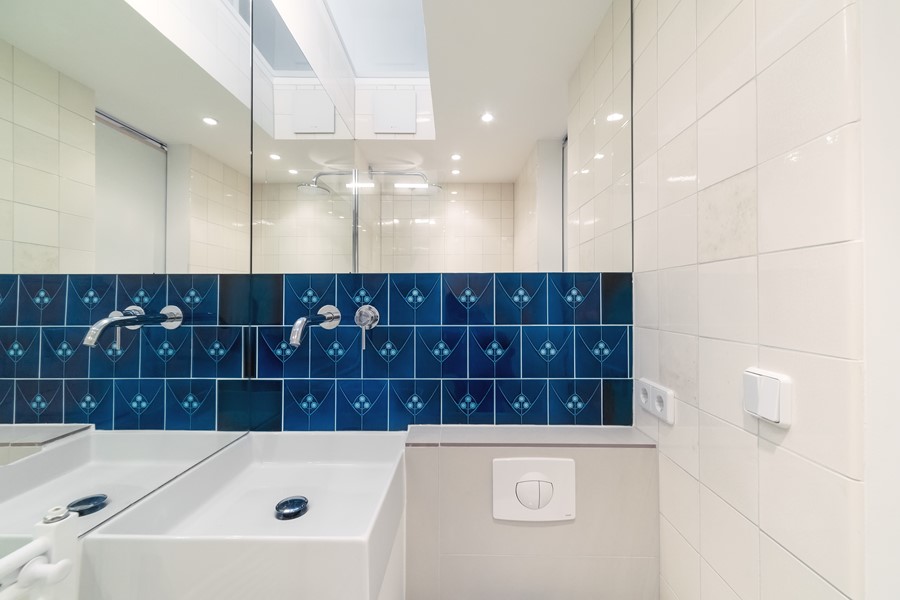