Casa del Lago is a project designed in 2016 by H2H Arquitectura, covers an area of 400m2 and is located in Urubó, Santa Cruz, Bolivia. 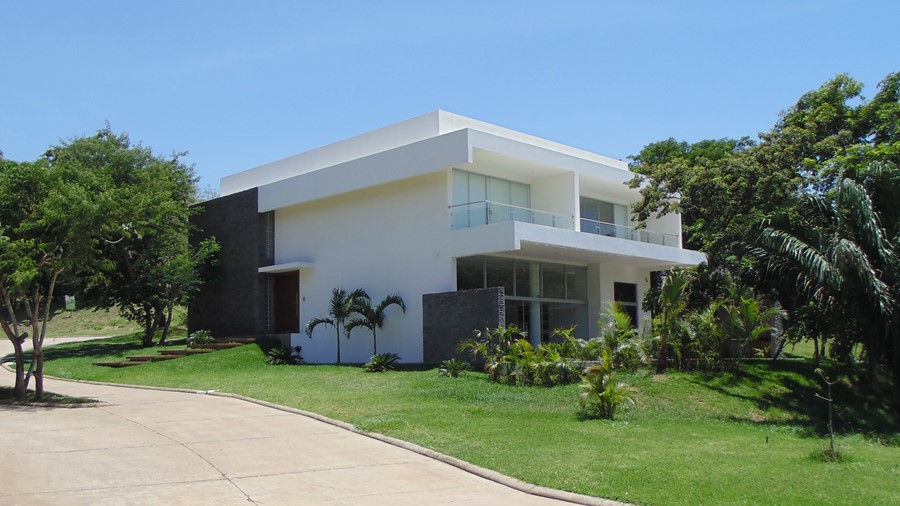 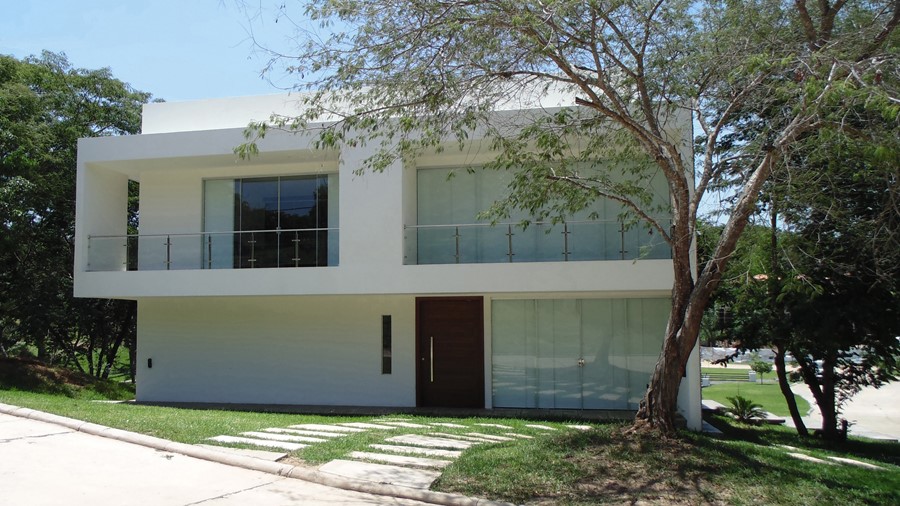 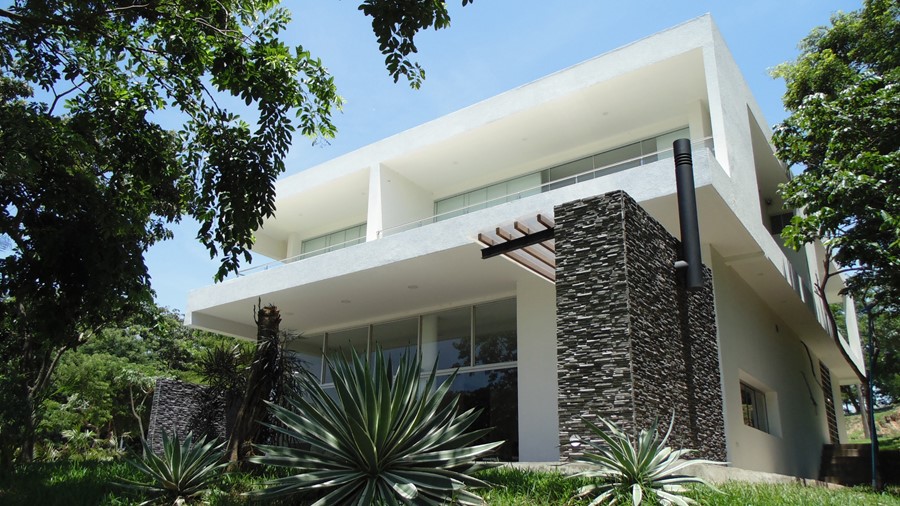 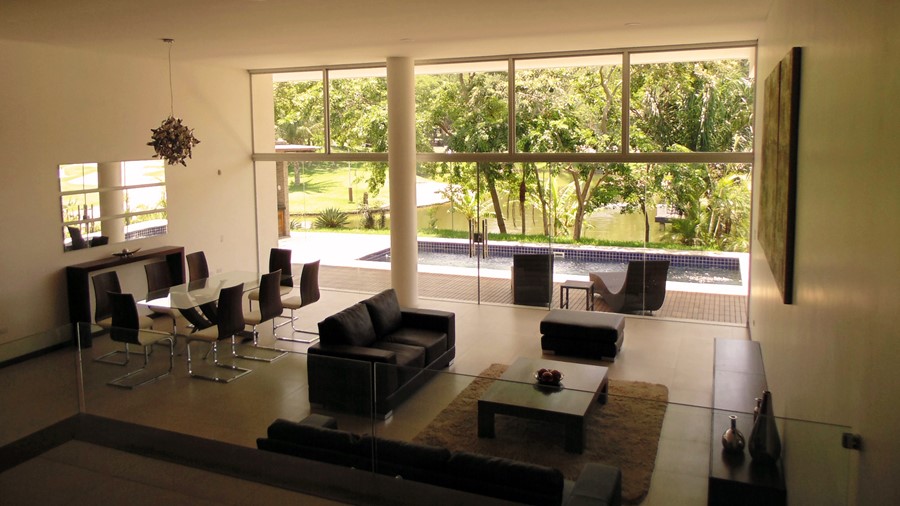 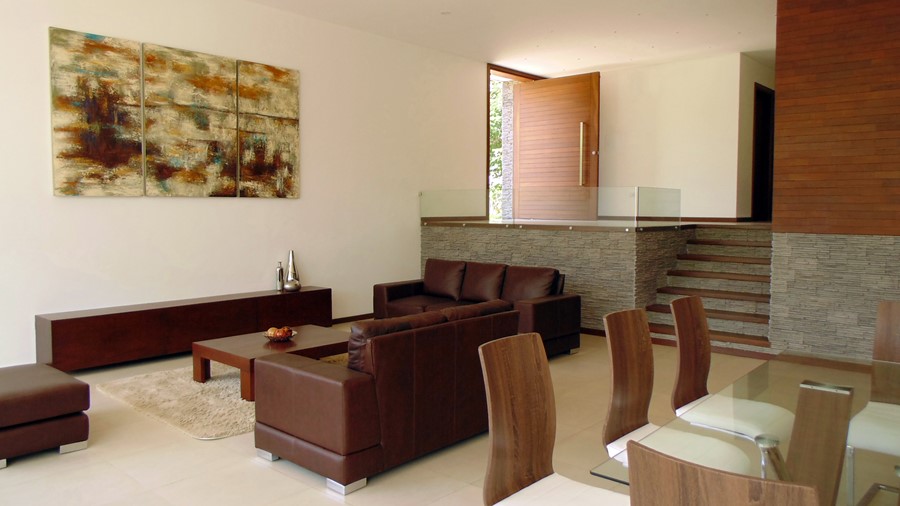 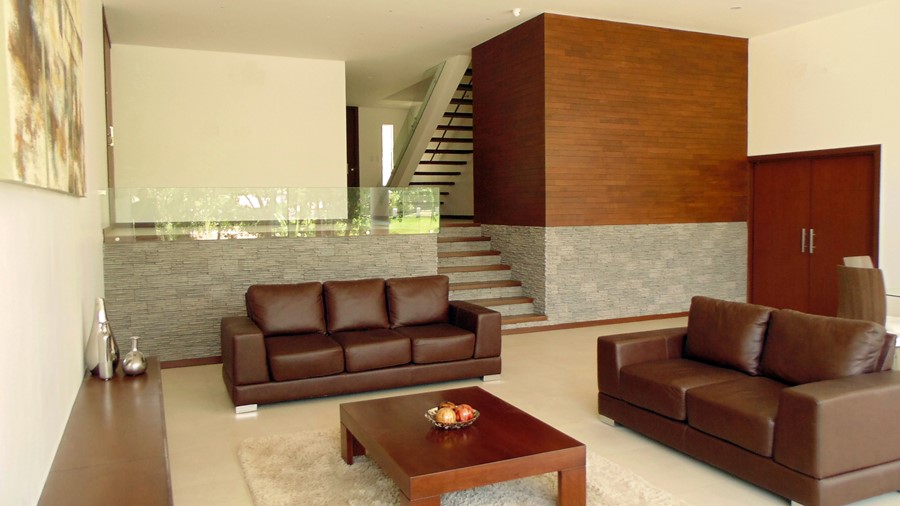 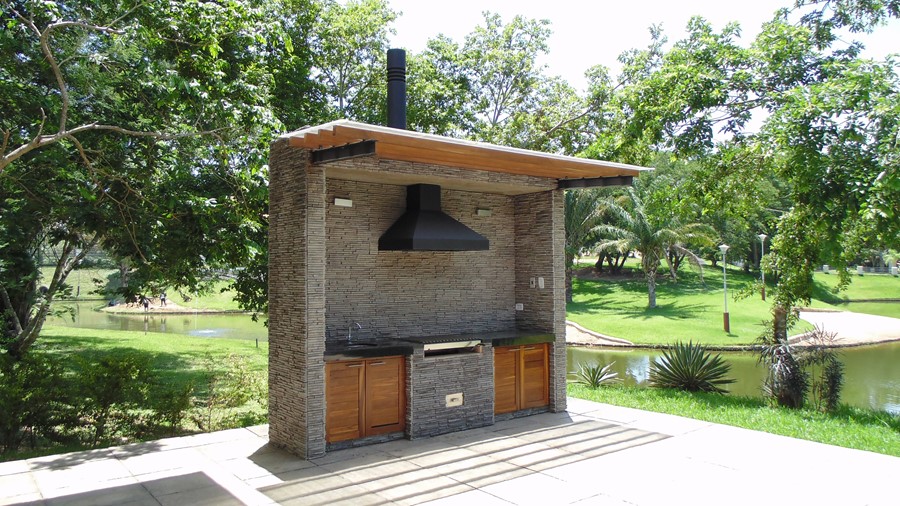 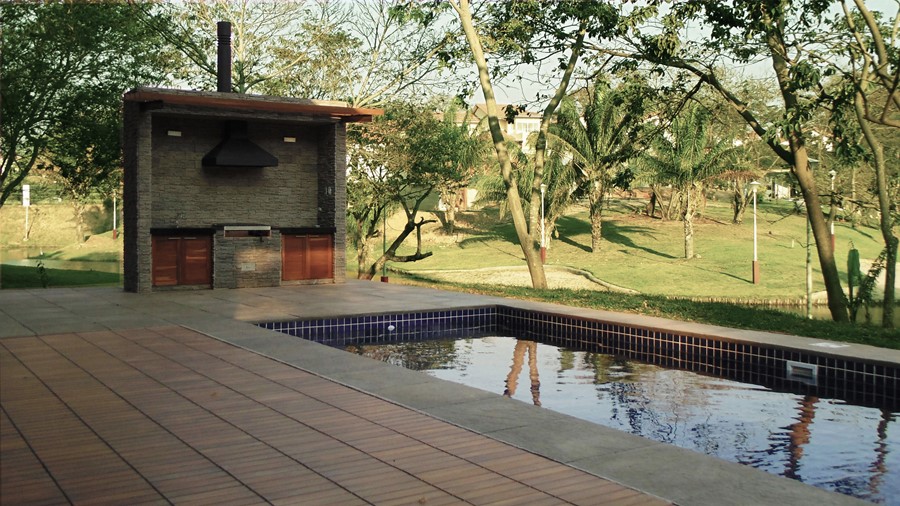 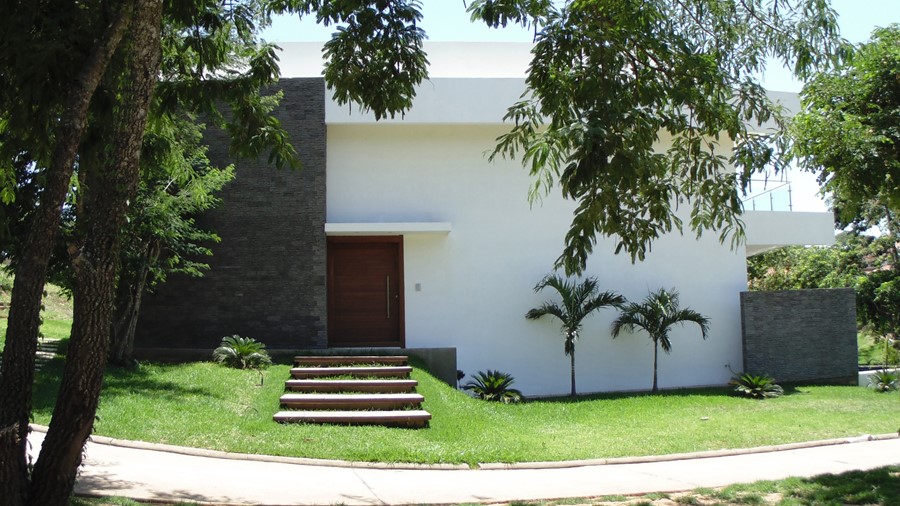 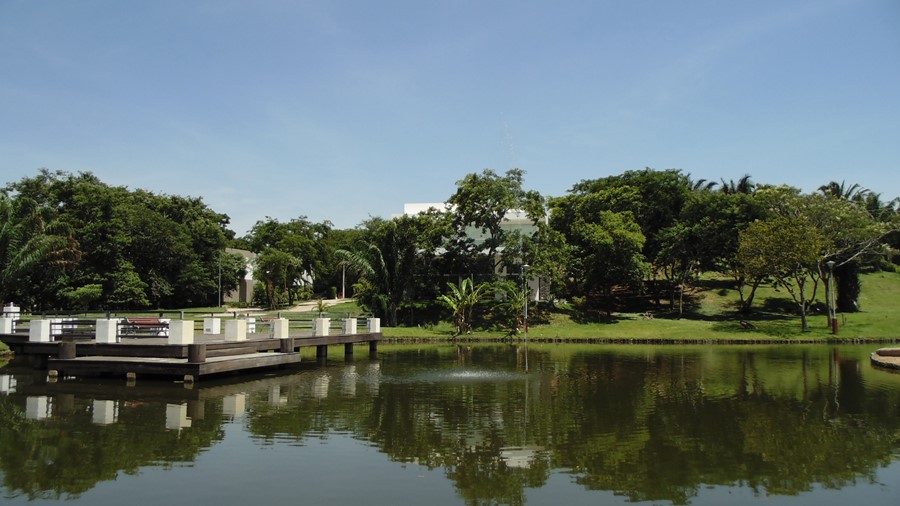 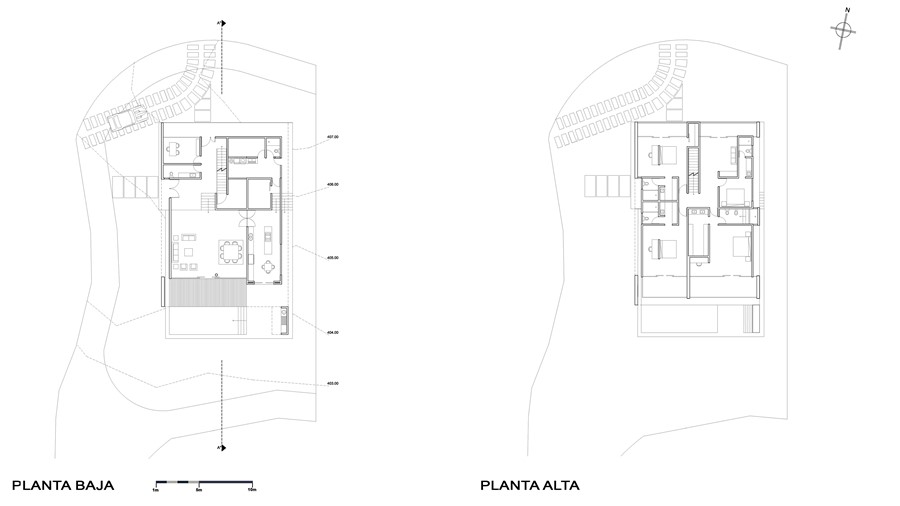 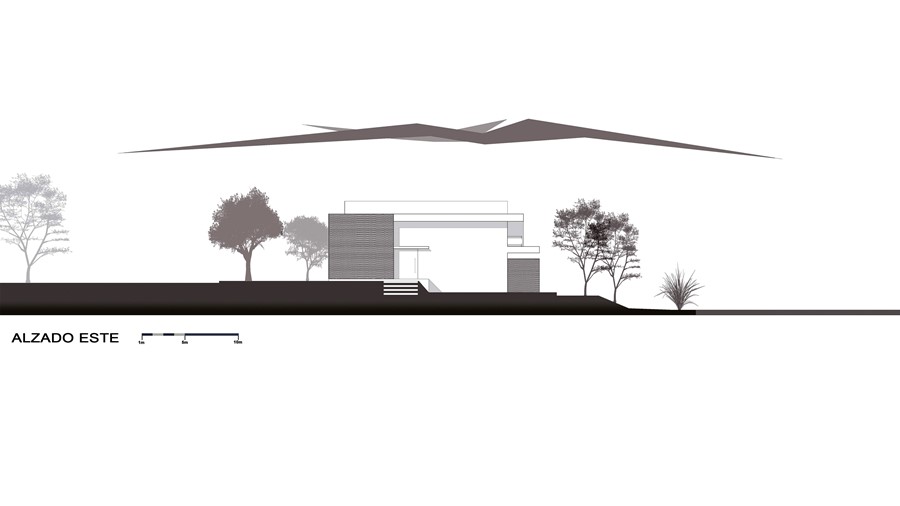 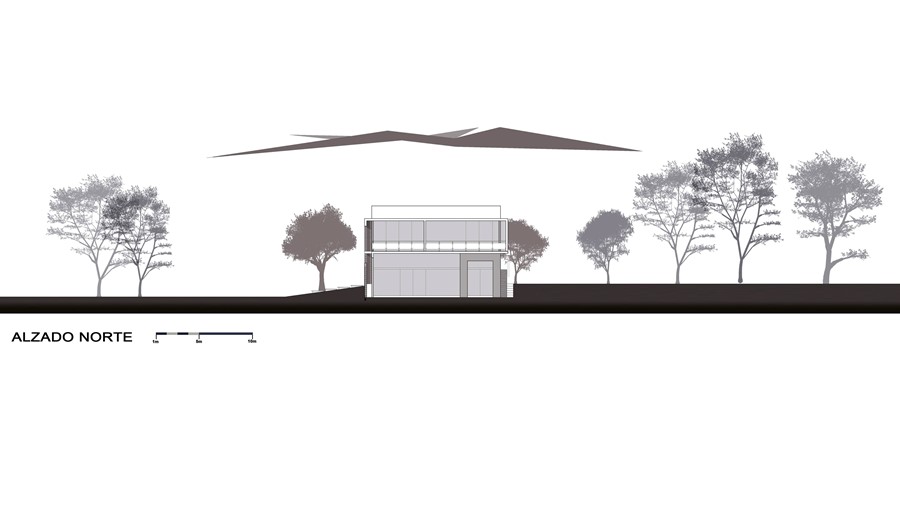 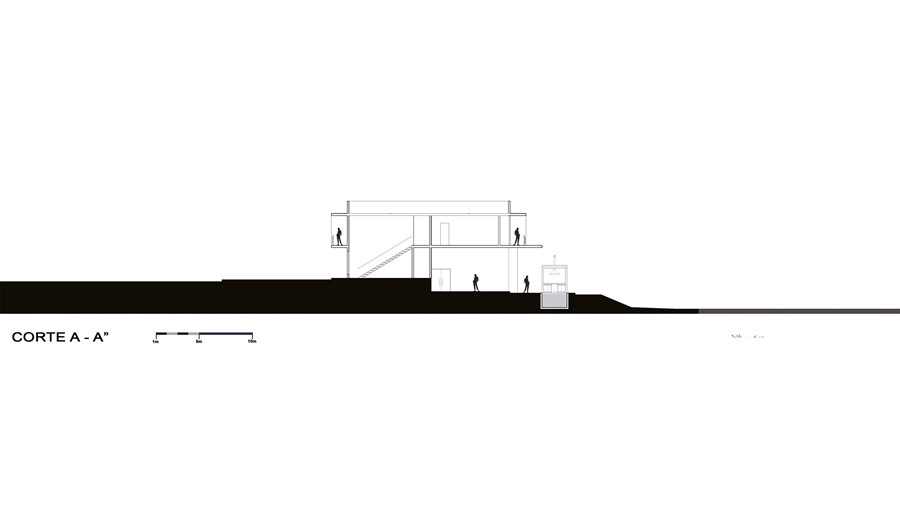 “Urubó is a territory of exuberant tropical beauty; therefore the main objective of Casa del Lago, was to reach the interweaving of routine activities with the calm of the forest, the connection of the views with the freshness of the lake and the strategic location of the architectural device with the predominant north – south breeze.
The program demanded an approximate 400 m2 of construction, resolved from a central system composed of a condenser element, which seek the maximum opening with north-south orientation. Also an external system was applied, made up of folds that gives the possibility of terraces and eaves, which besides adding hierarchy to the volumetric design meets with strategies of passive climatic control, adaptation and resilience of the device, against the predominant warm climate, the tropical rains and the energetic short winter fronts coming from the south..
In the first level the terrain topography was taken as a potential advantage that naturally gave a good functional flow and a higher spatial quality. The social area has a total opening with the exterior through a deck that articulates equipment of leisure and entertainment, such as the swimming pool, the barbecue and gardens. The second level has a total family privacy. It consists of four rooms and an entertainment space, all of them equipped with terraces to reach a frank connection with nature.
Over a system of the condenser and folds, materials such as glass and metal were combined to give a suggestive avant-garde design in a continuous contrast with floors and fronts in wood and stone textures that have an intrinsic relation with the nature of the environment.”
Photography by Ricardo Ruiz