Diffuse Borders is a project that became a house in the process, its actual configuration decided during construction, its final purpose still undecided.
Uncertainty and vagueness become the strategies and the tools for constructing a series of spaces which solve the family´s needs, based on two fixed requirements: a field for playing football and a barbeque for entertaining. 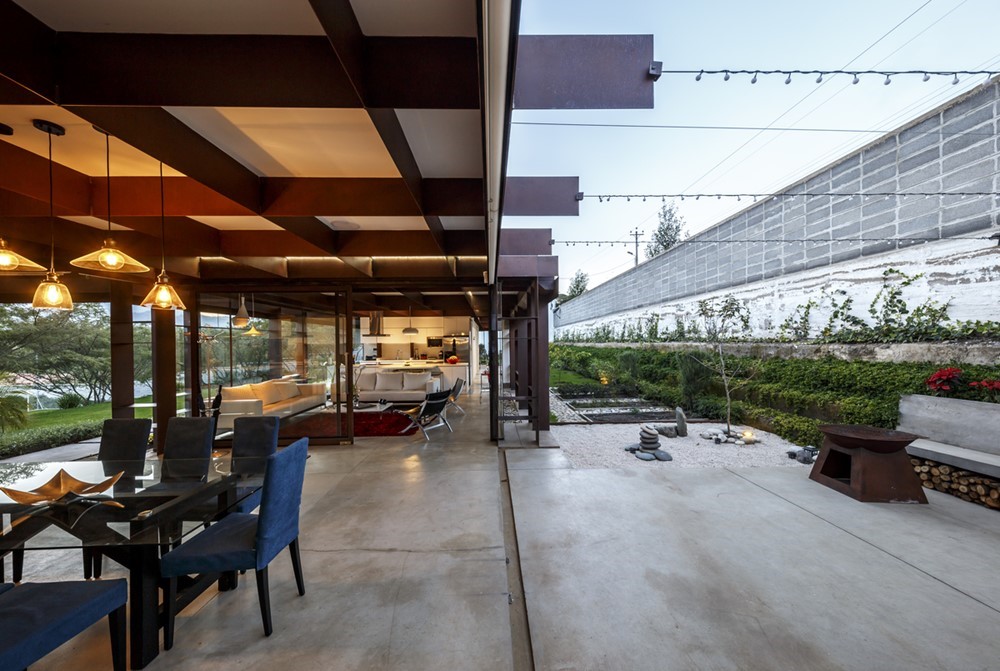 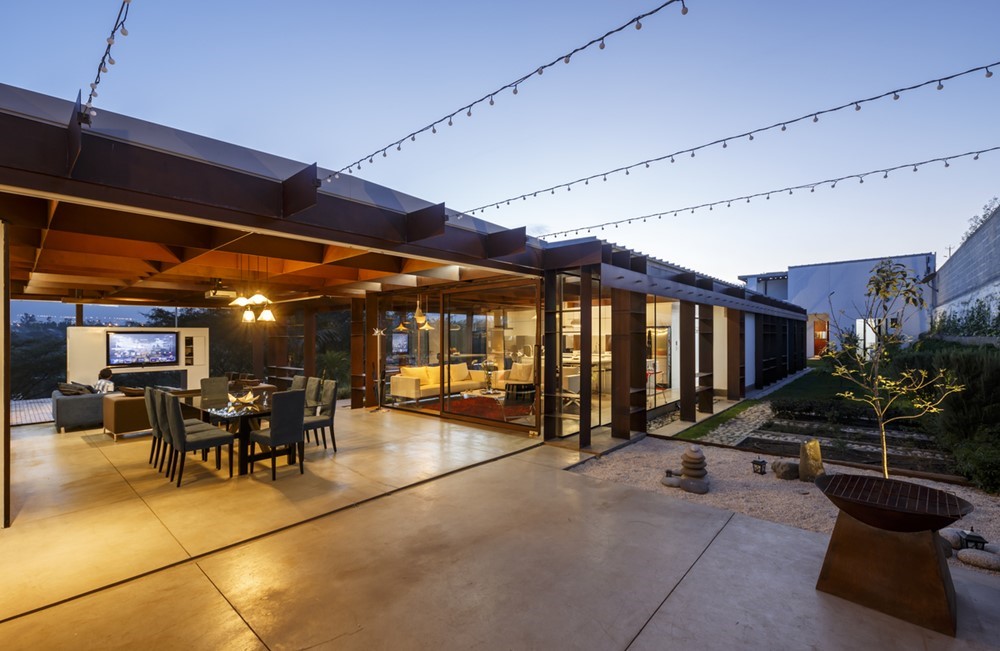 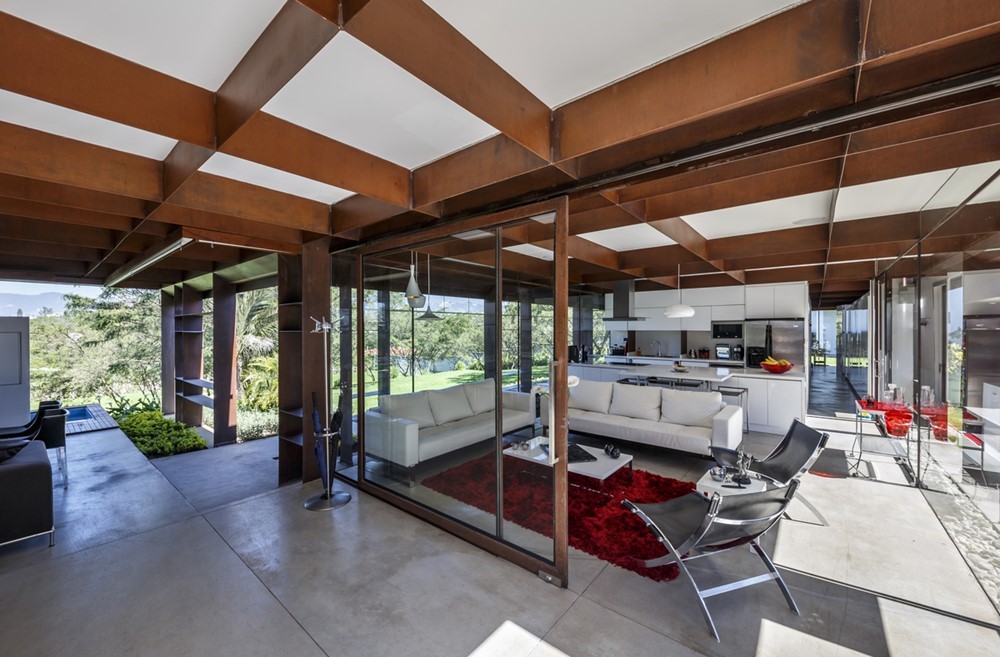 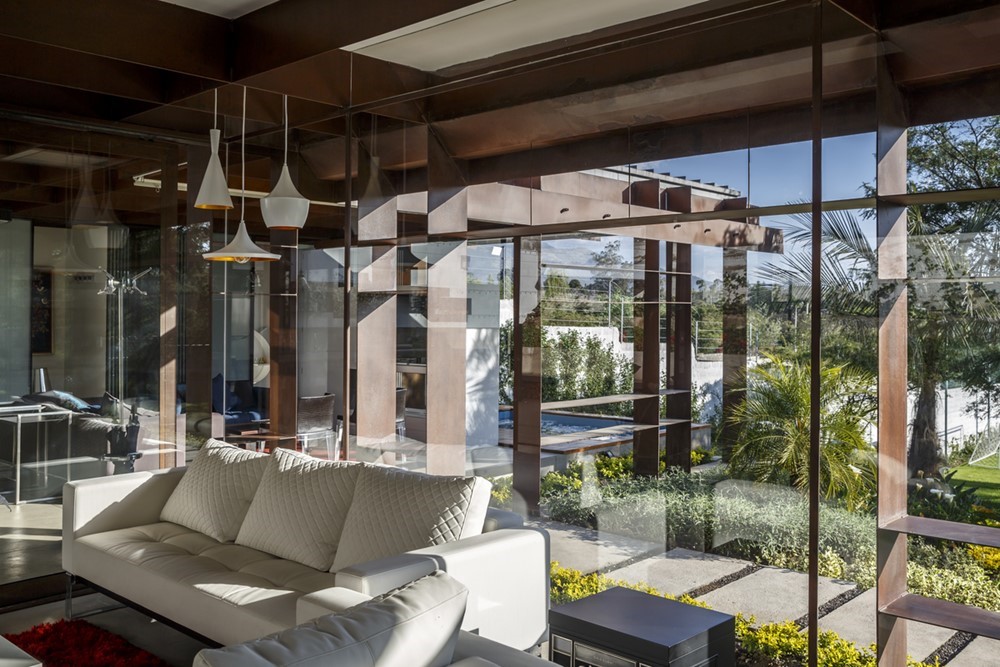 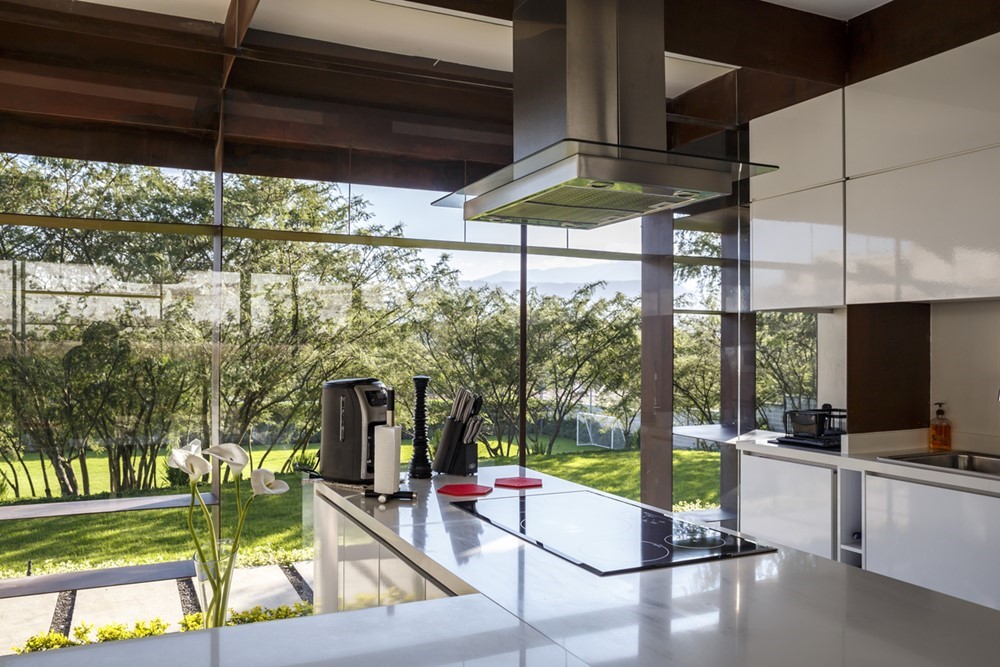 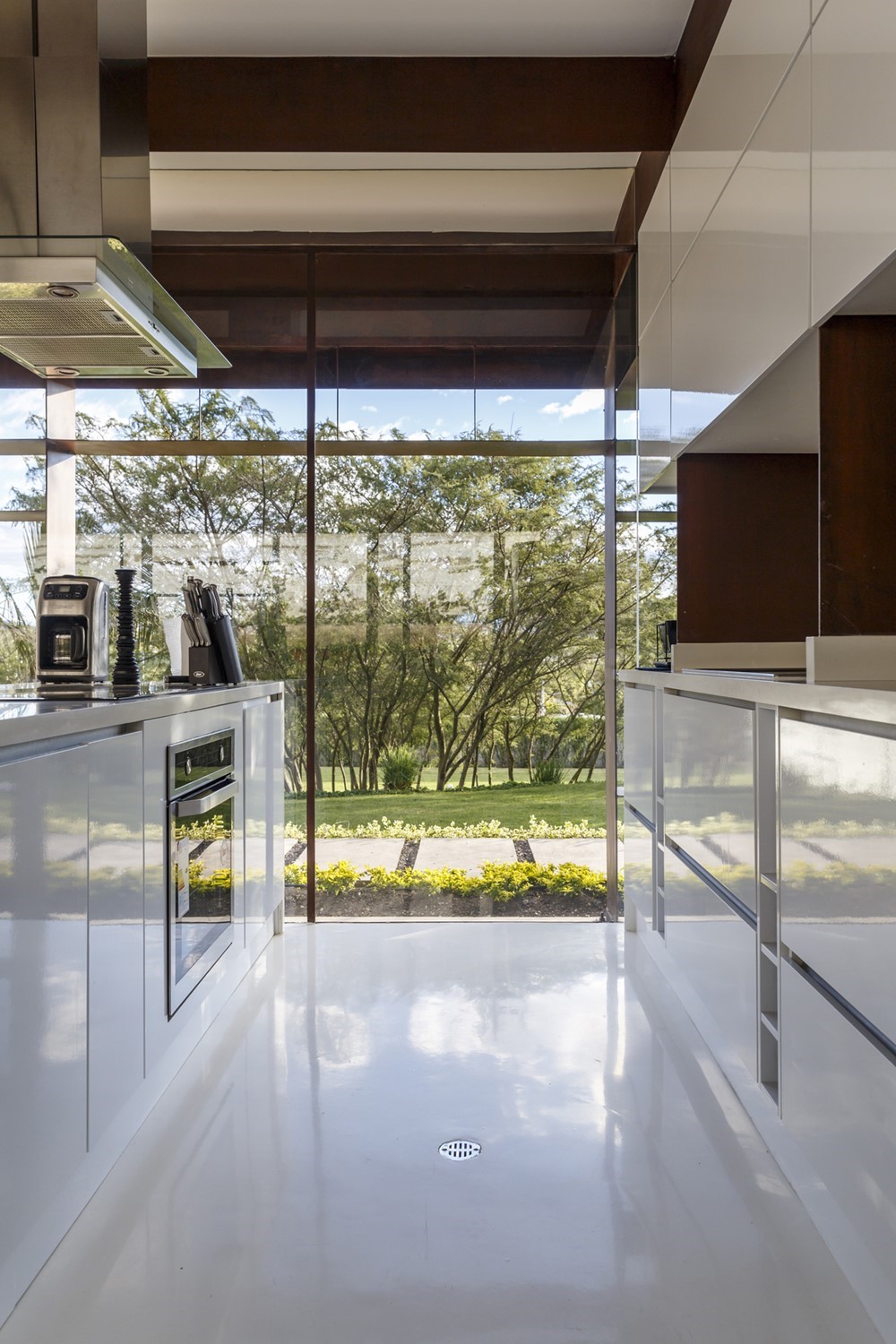 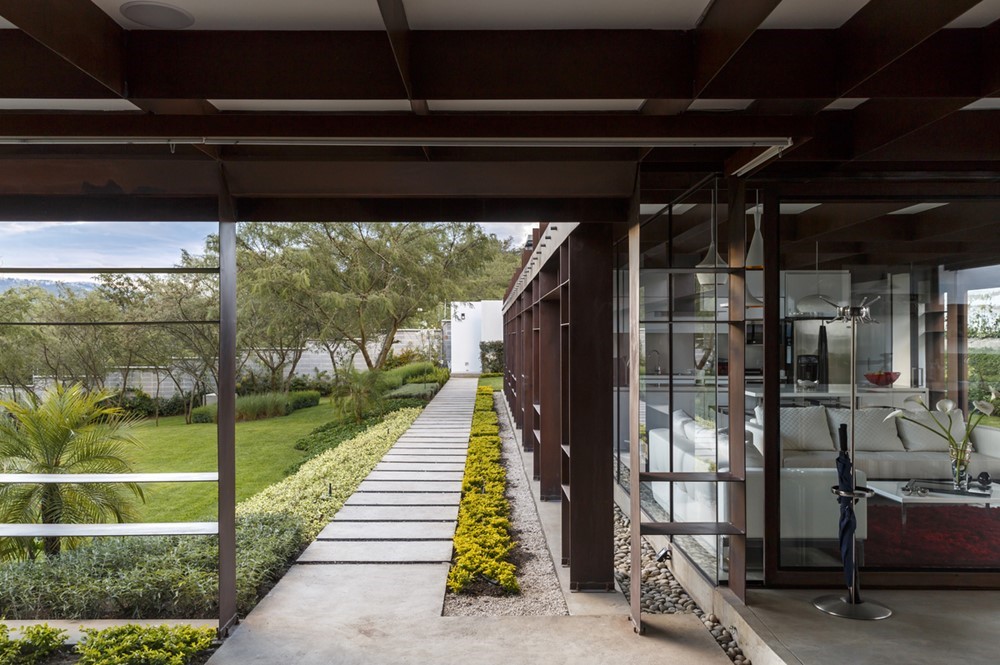 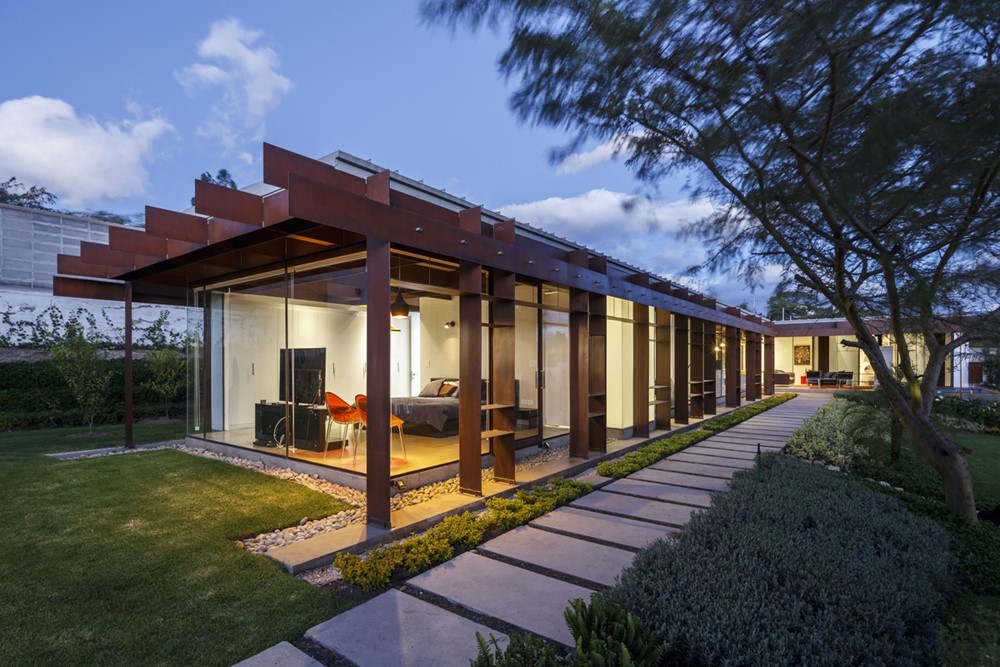 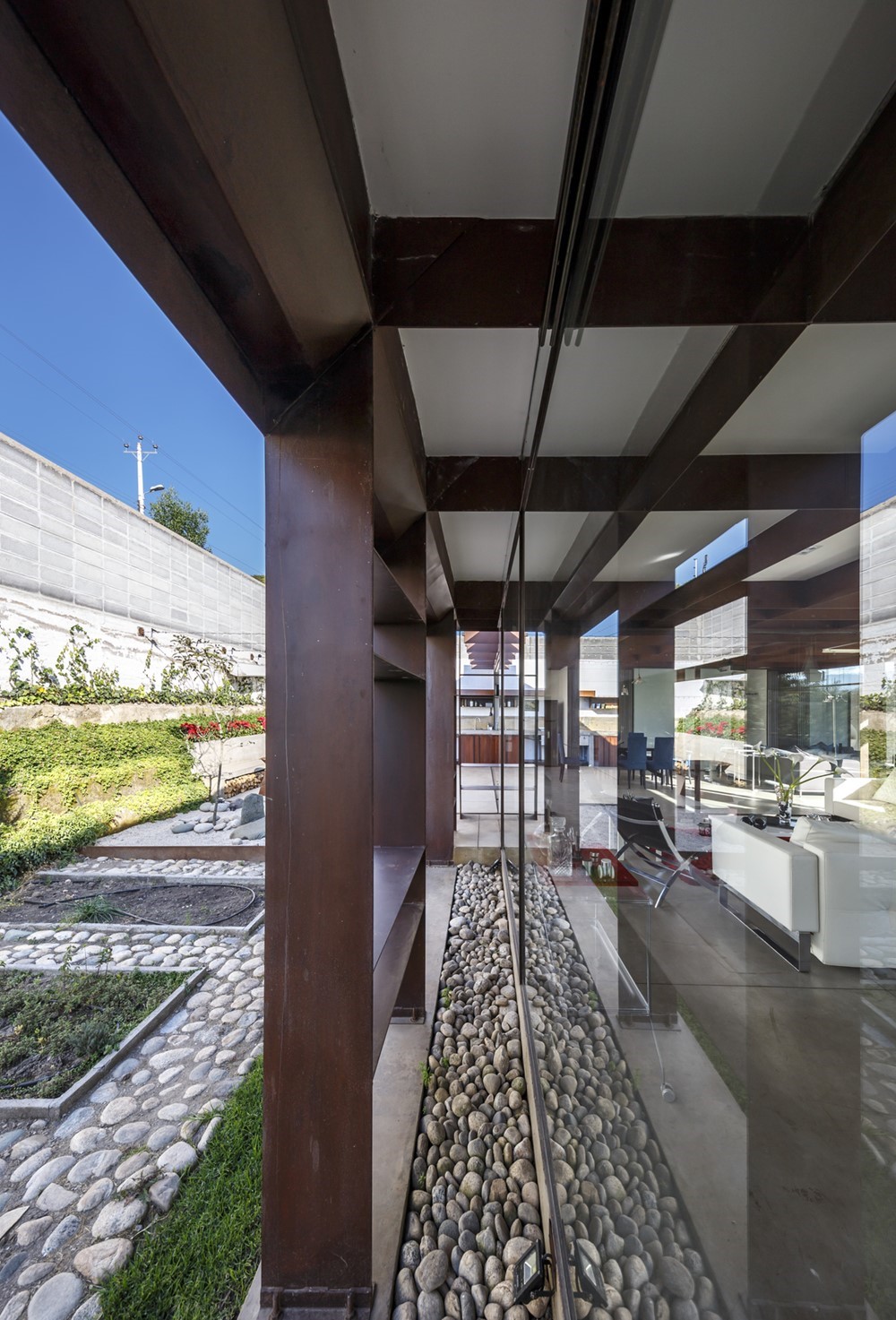 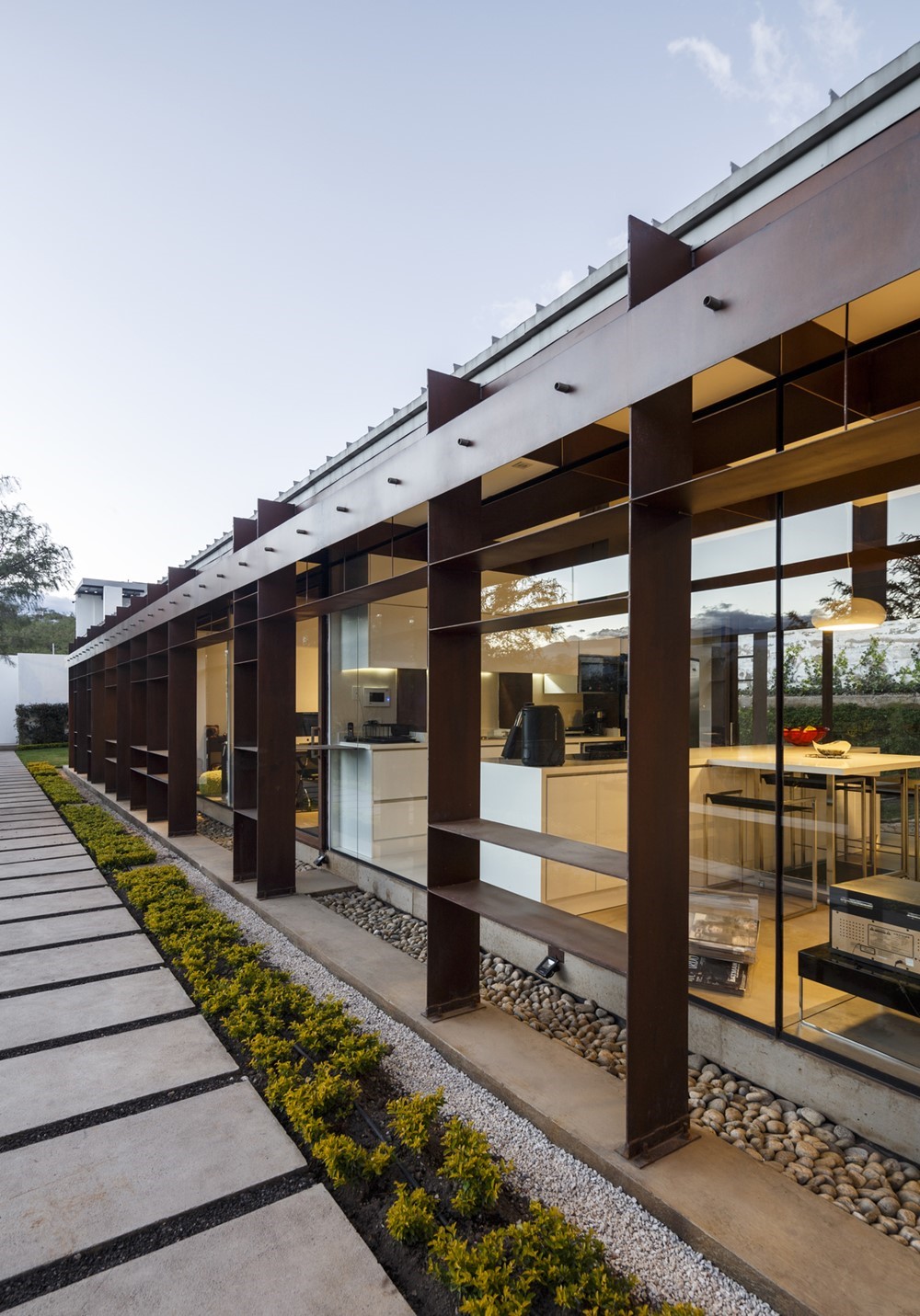 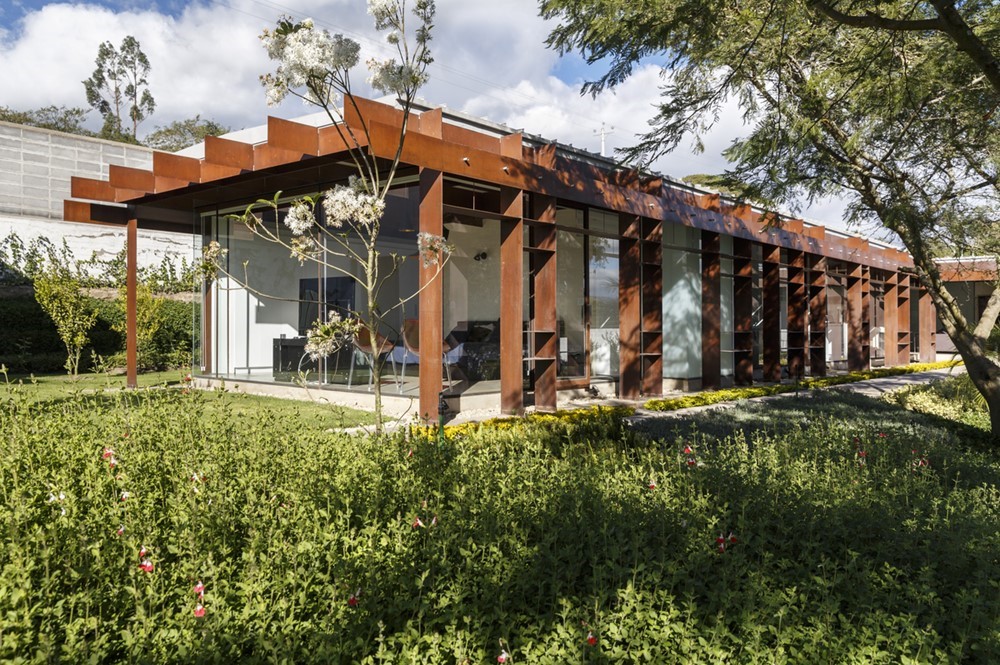 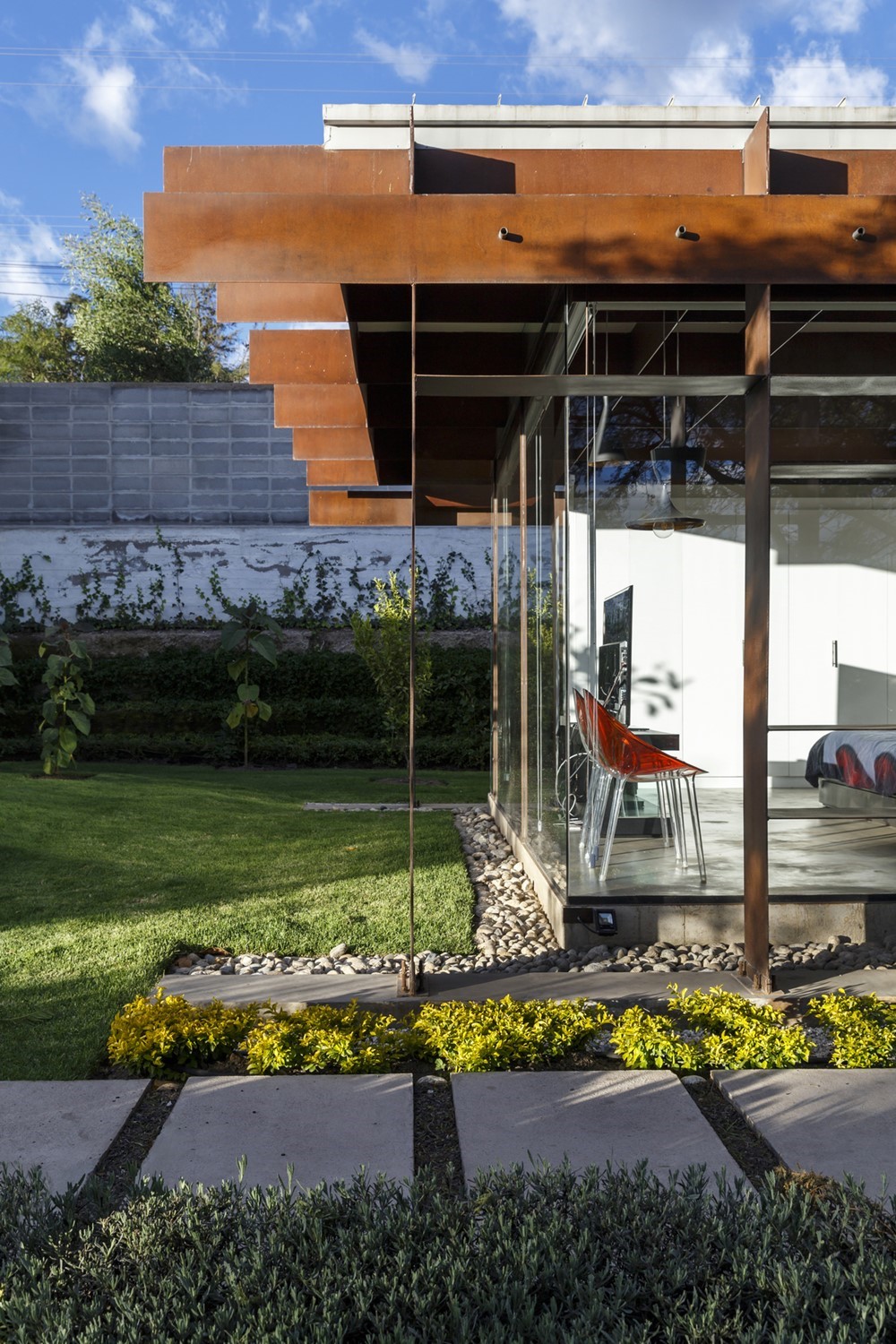 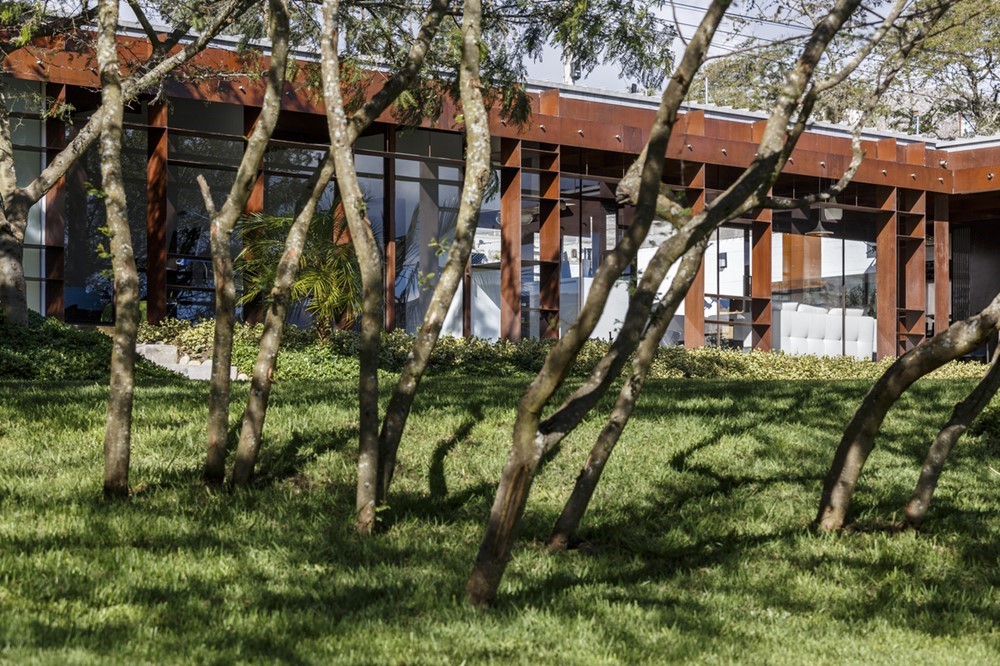 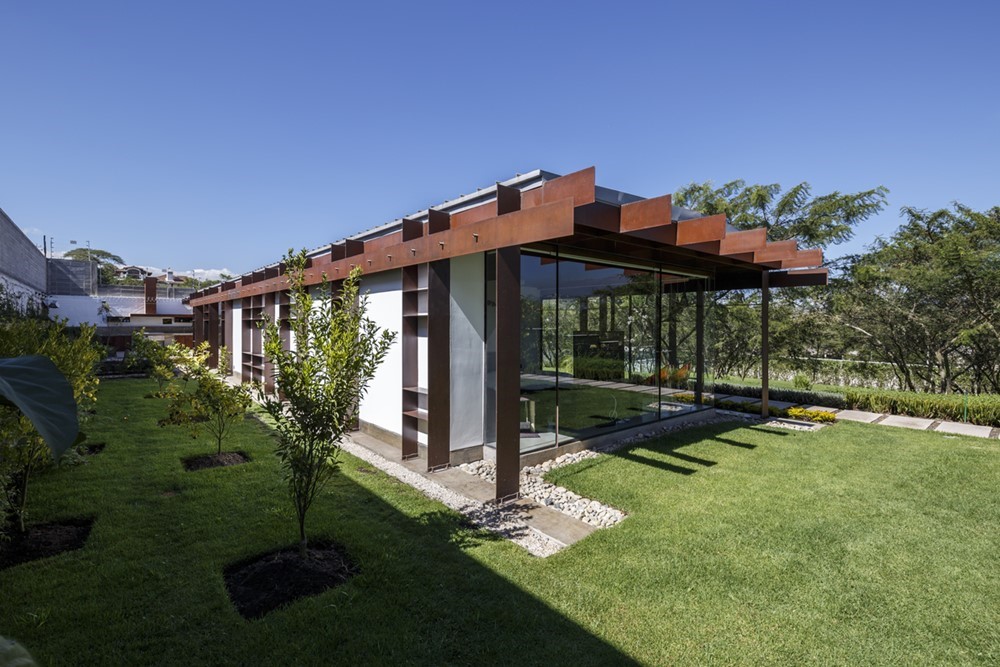 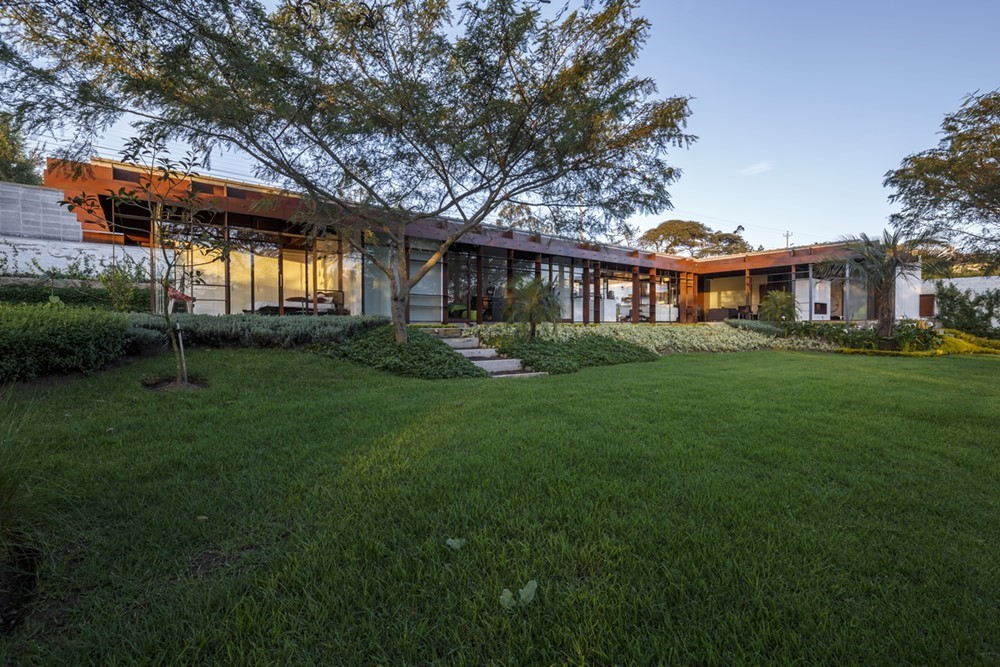 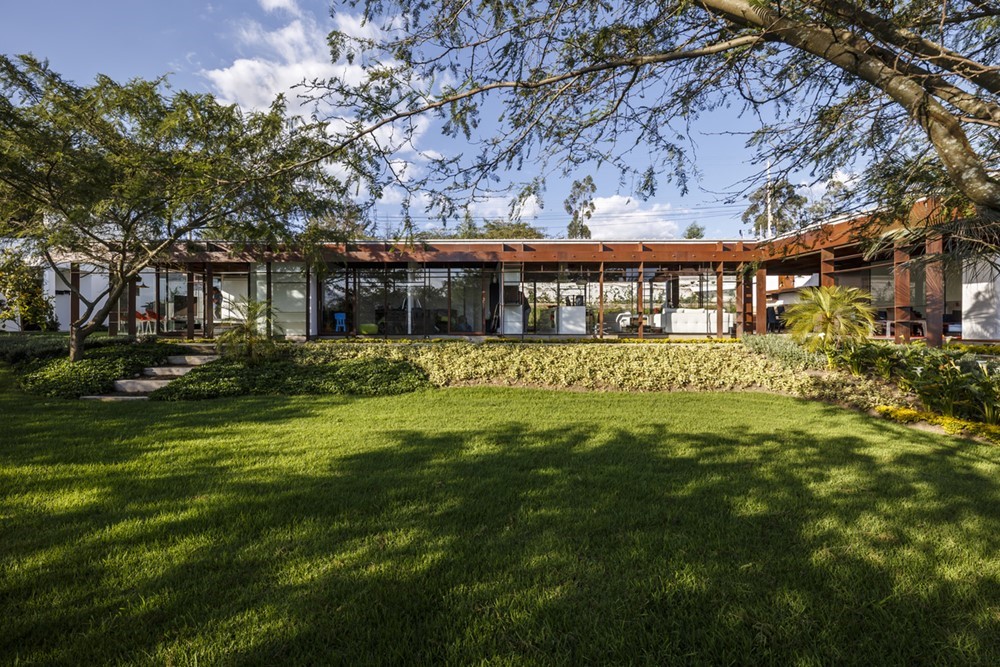 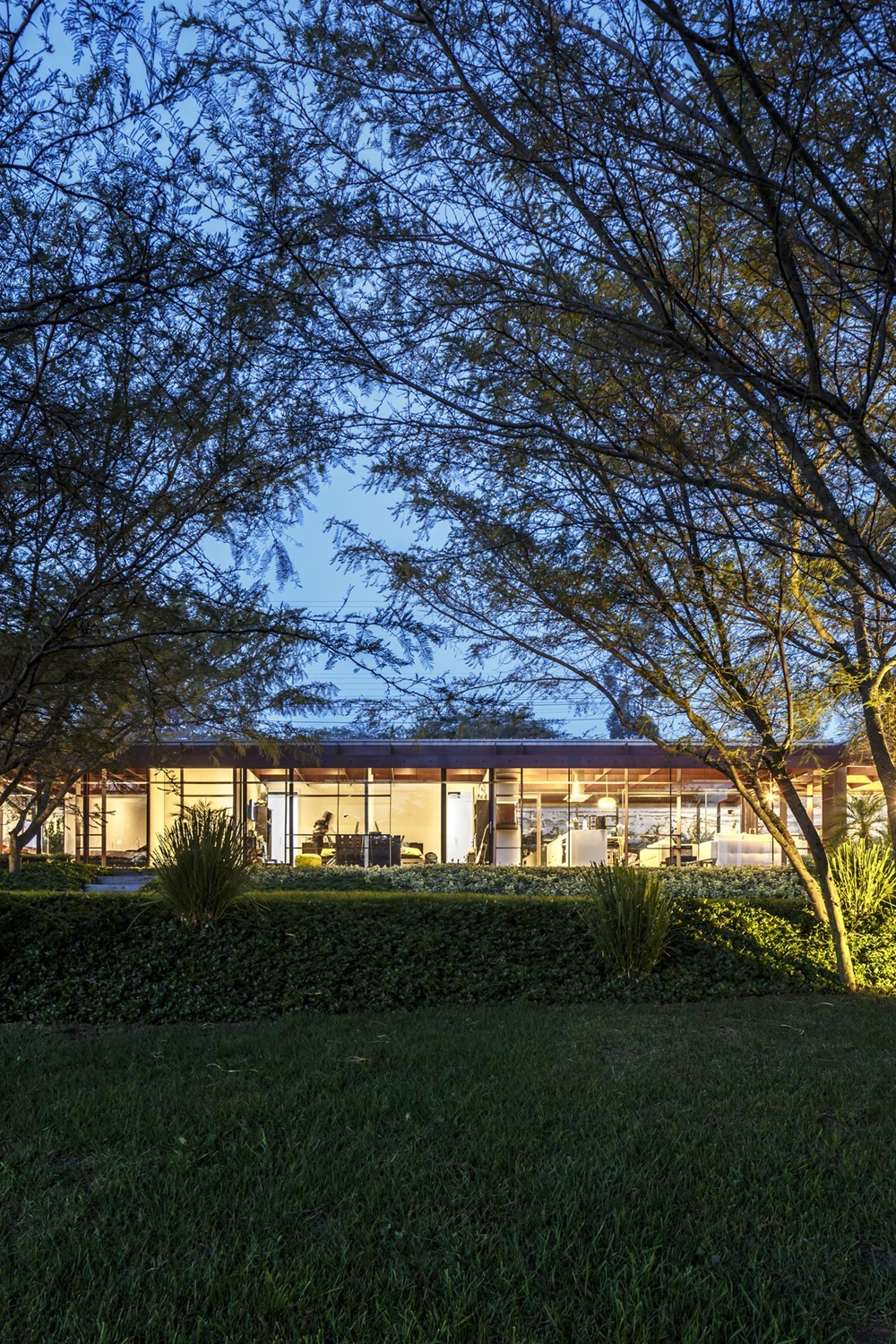 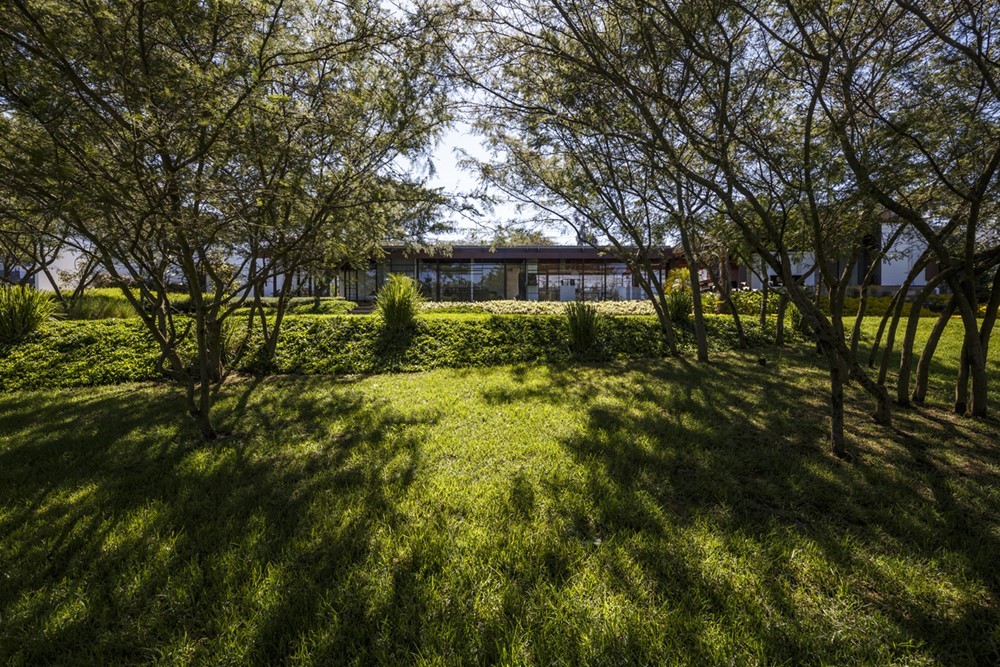 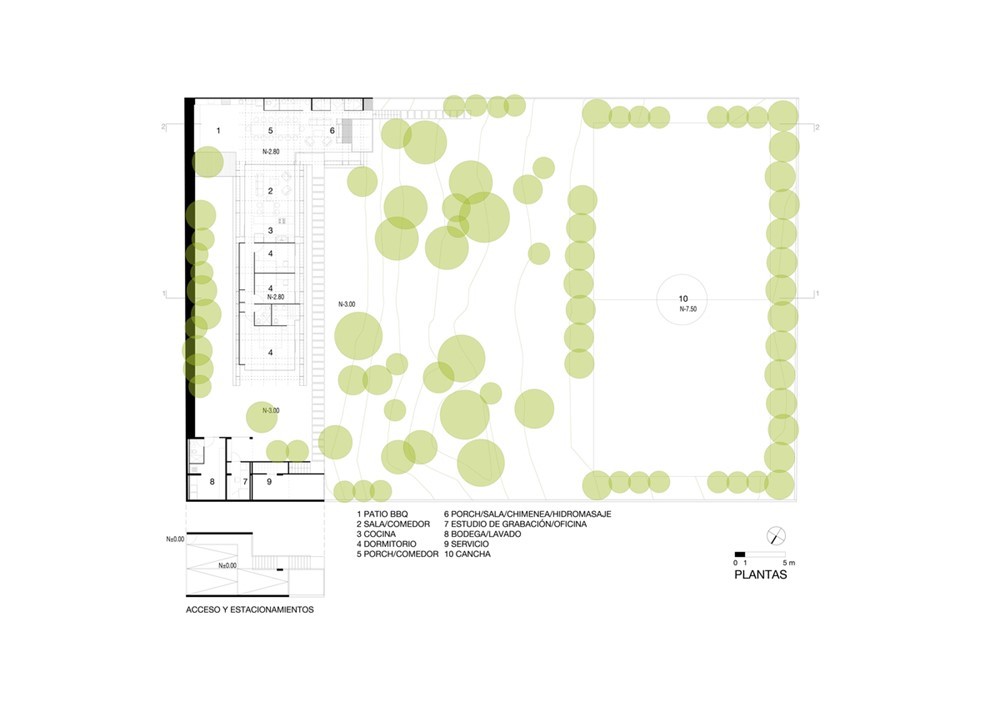 This meant actually to have a very clear and systematic spatial and dimensional strategy that could be directly translated into material, variable construction, a diffuse border system, a porous structure that could allow gradual change within a set of rules, while keeping with the strict necessities of seismic resistance.
A redundant, light structural system based on standard steel flat bars, 6000 x 300 x 4 mm (6 and 8 mm where needed), a three dimensional lattice modulated every 600 mm.
This lattice stands independent from the use and dimension of the spaces, but varies in order to respond to their layout, configuration, dimension and use. It is a diffuse border but with a particular quality or degree of porosity, becoming literally as weak or strong as required. Depending on your position within or without the lattice it becomes absolutely defined and solid, or it apparently disappears.
Although it is the structural, spatial and material system, it is not identifiable as an architectural or structural element that relates us to a house, thus it is undefined, a diffuse border between architecture and structure, between material and immaterial, between inside and outside.