The beach house of Prumirim designed by BRRO Arquitetos is located in the northern coast of the São Paulo state – Brasil, it is laid out among the thick Atlantic woods of the Sao Paulo shoreline, a few meters from the sea. Due to the plentiful woods, the house implementation faces big limitations within the removal of threes. Keeping this in mind, creating engaging social areas became the focal point for the architectural project, that happened through the creation of patios that connect the spaces in the house benefiting from great openings, bringing the green woods inside, like a cabin open to the plant life. Photography by André Scarpa 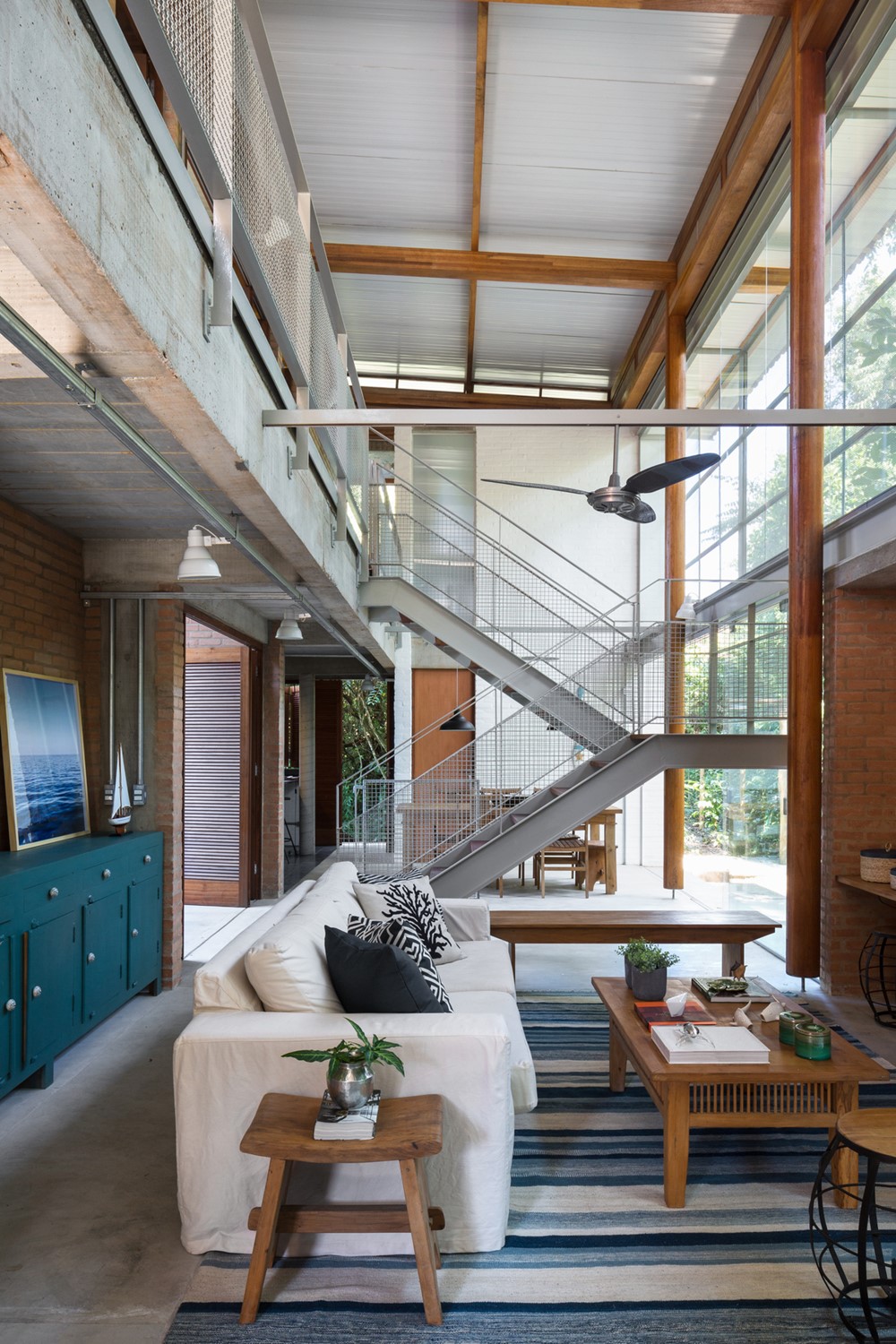 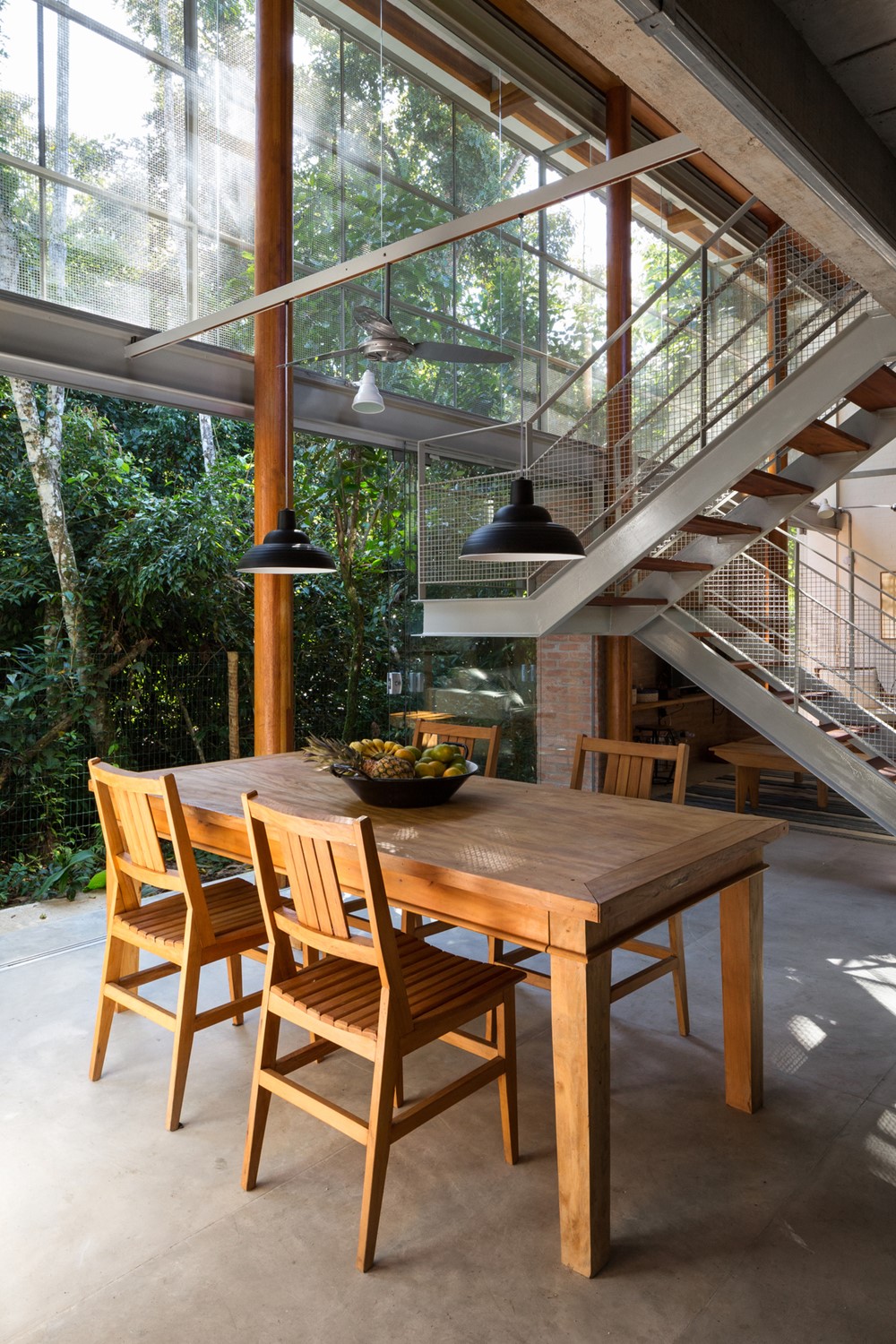 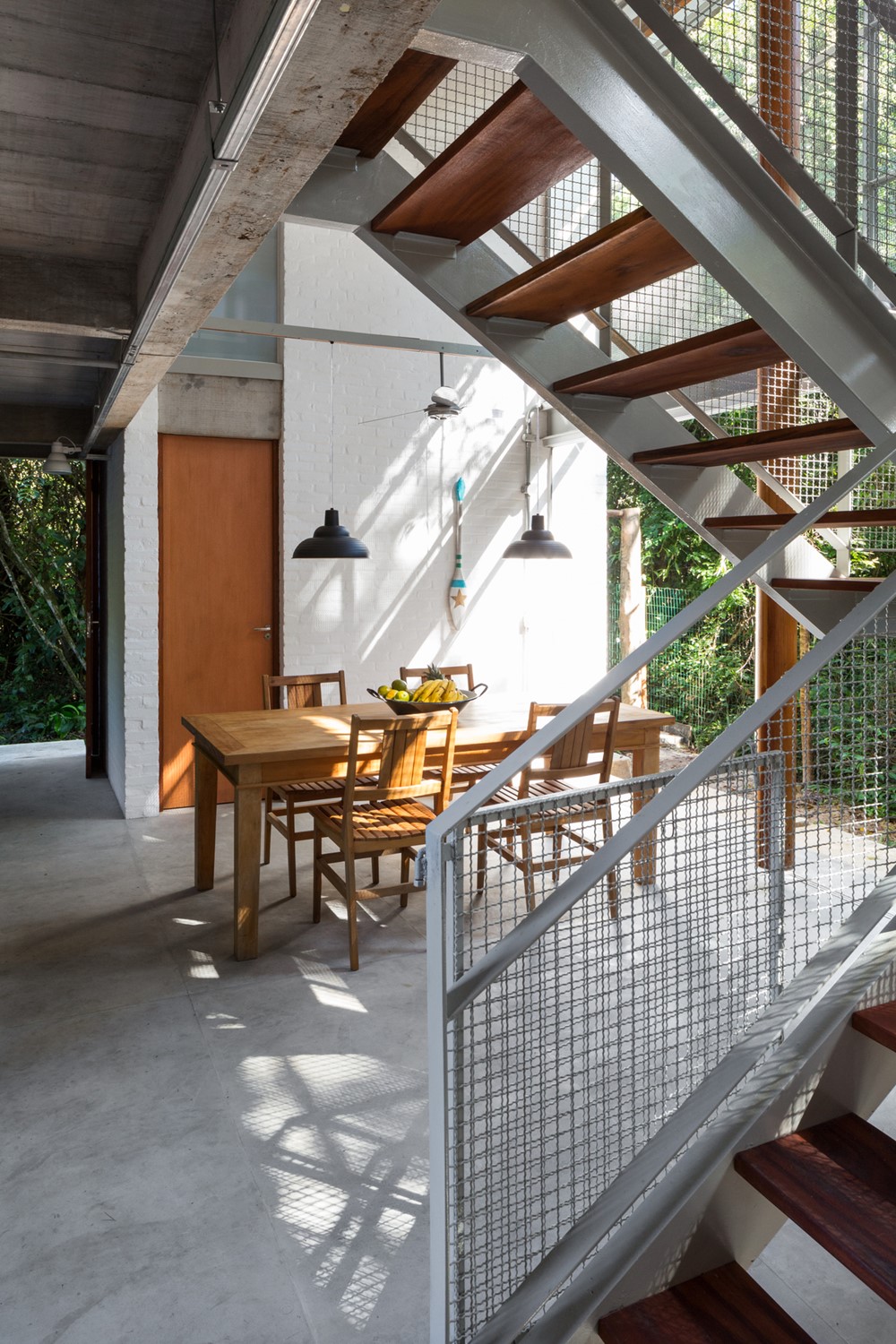 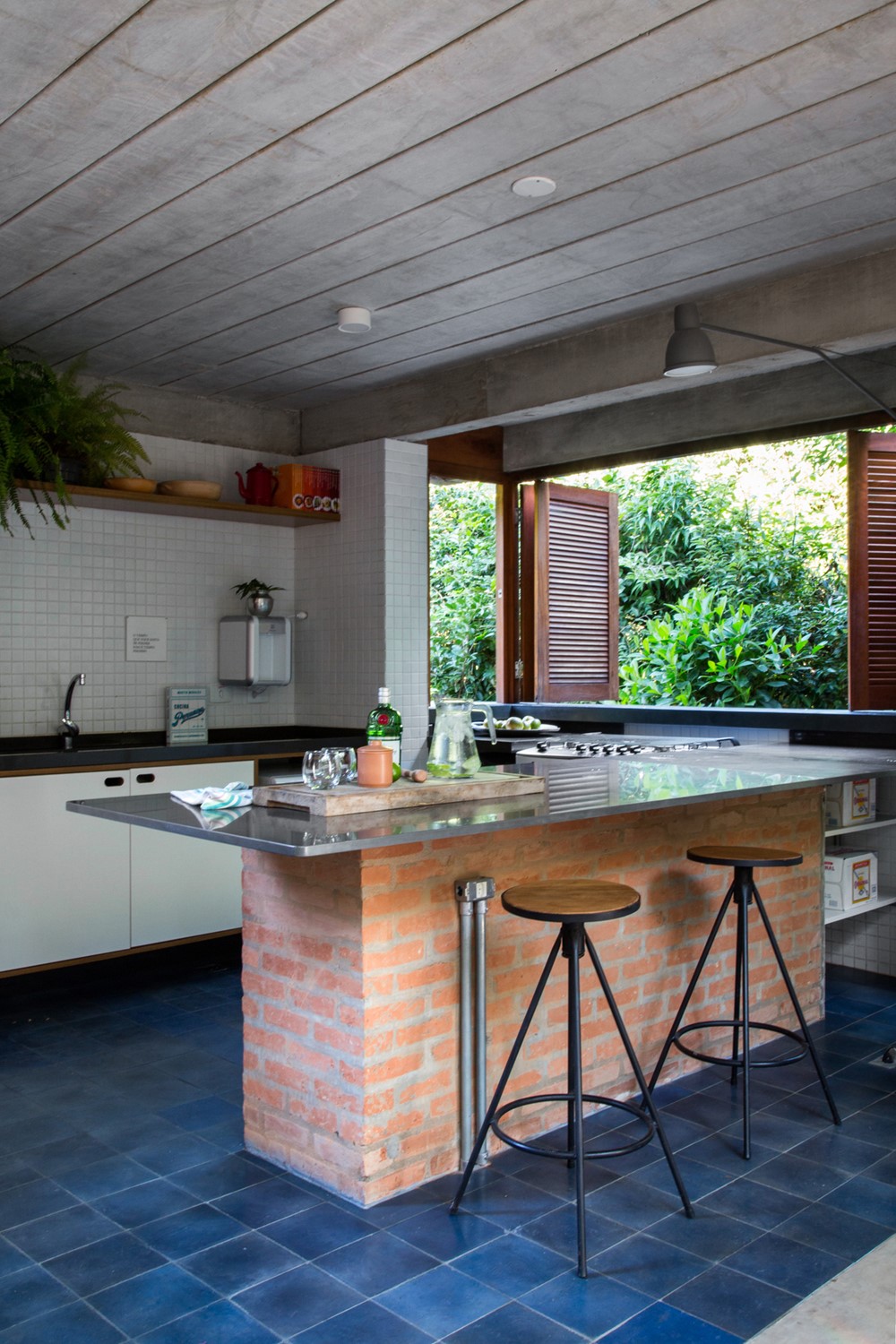 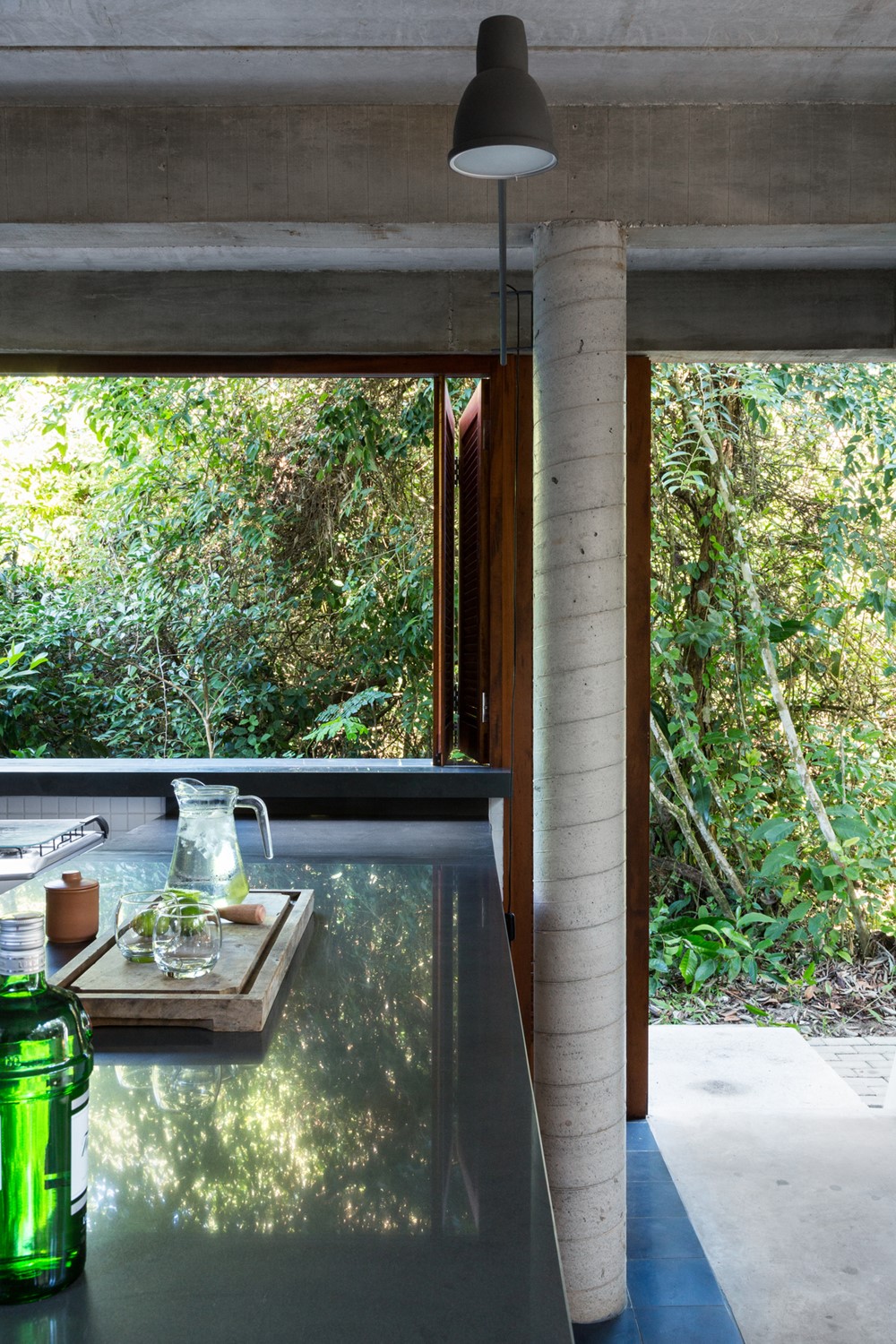 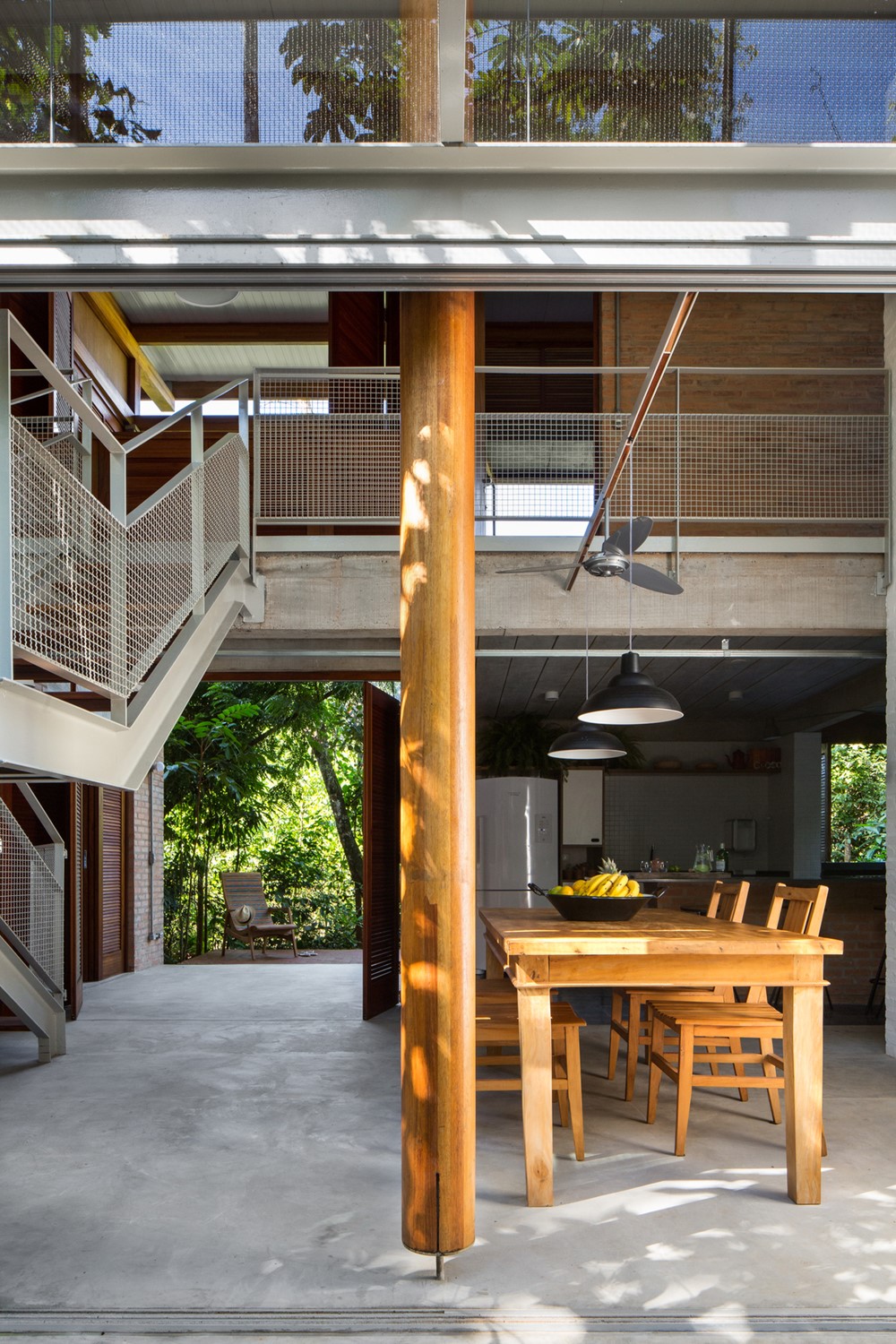 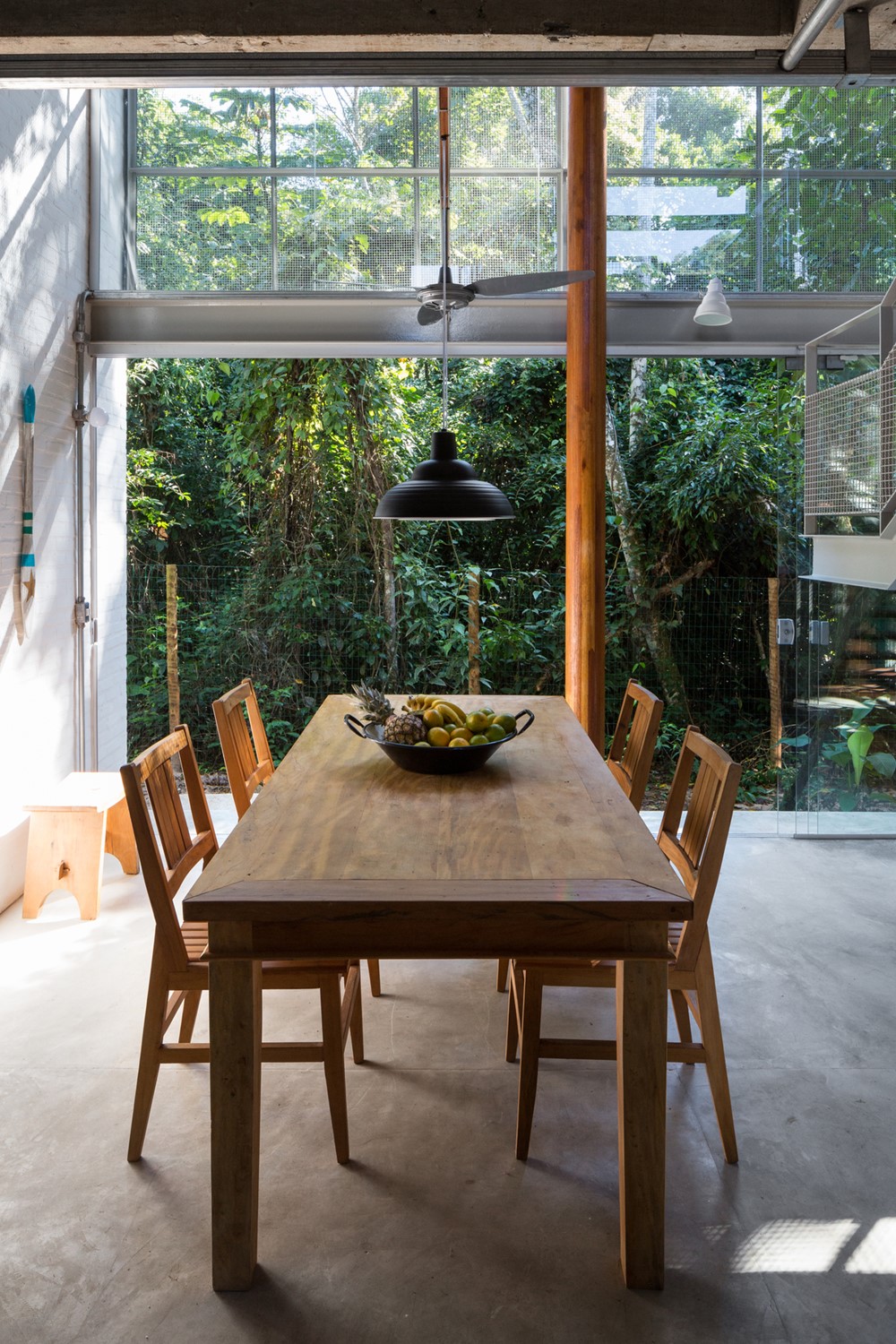 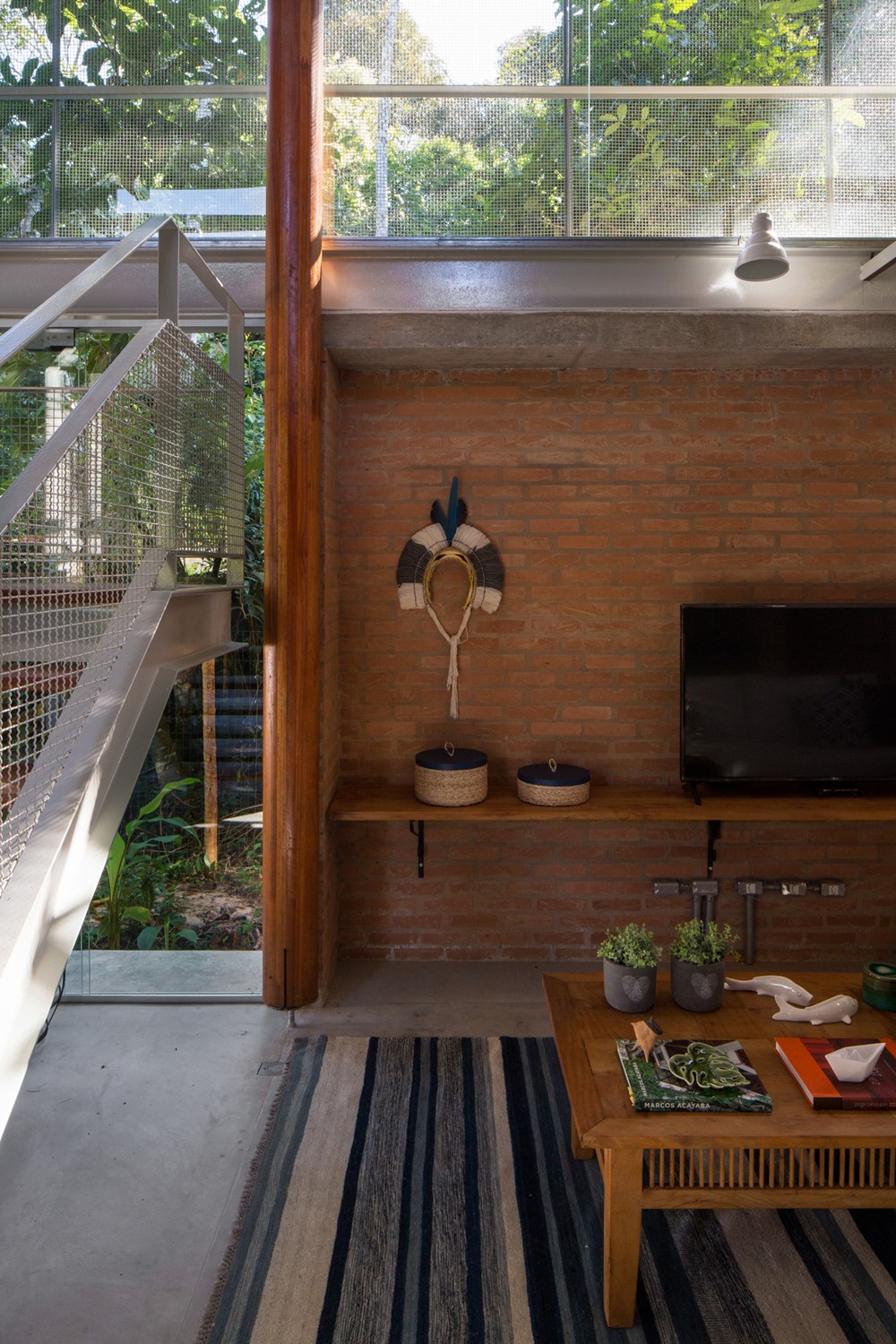 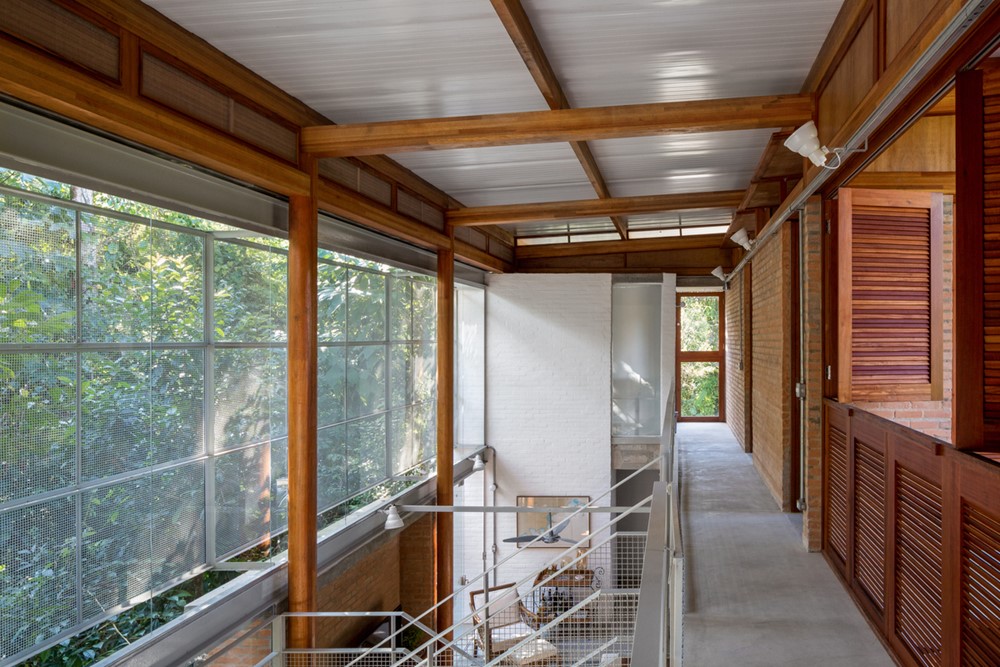 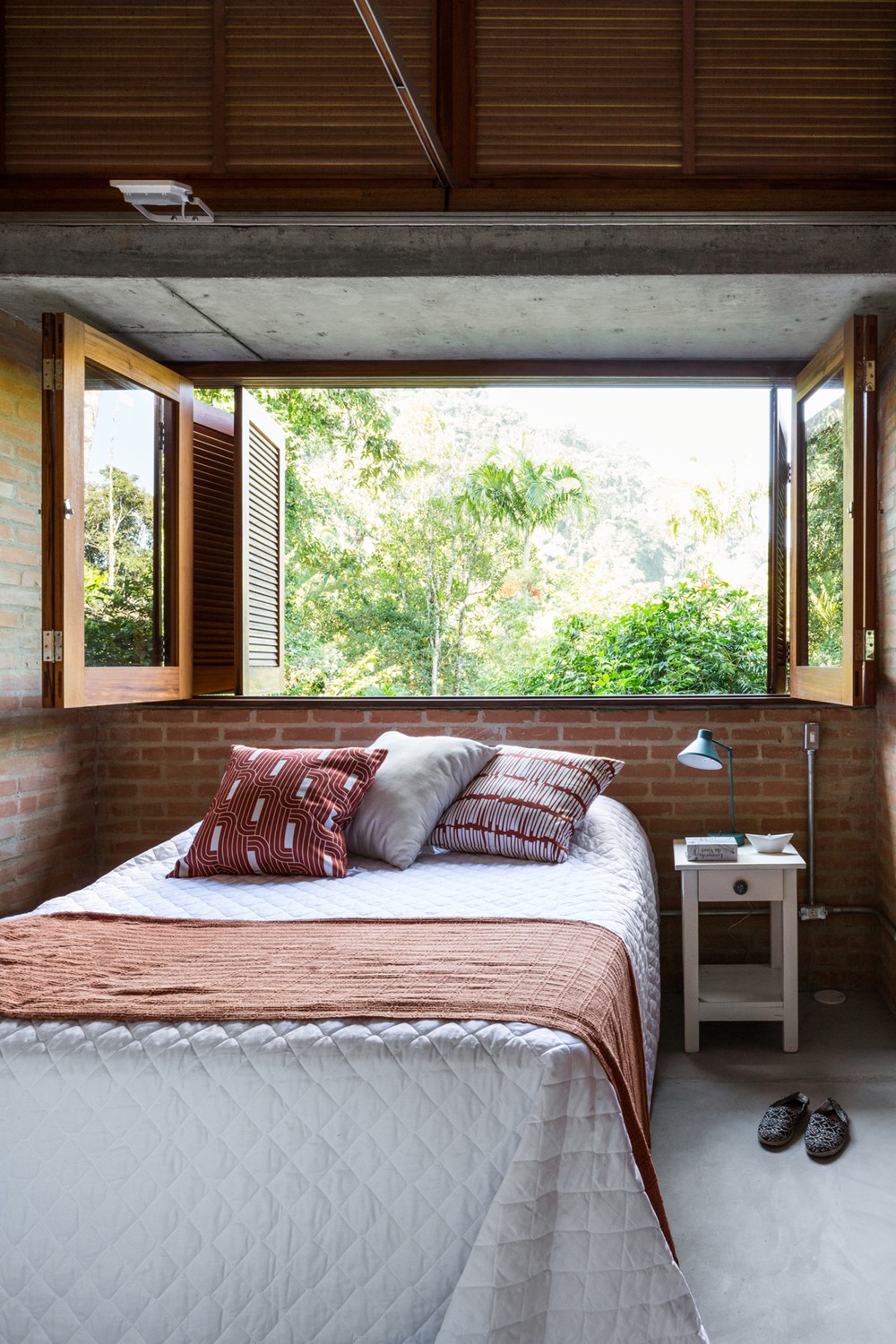 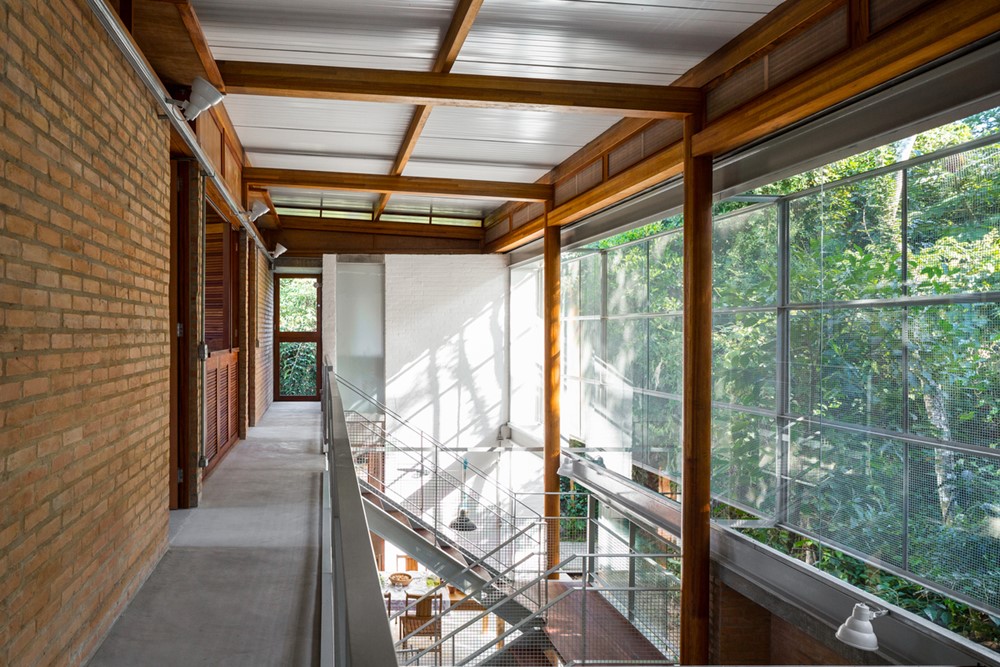 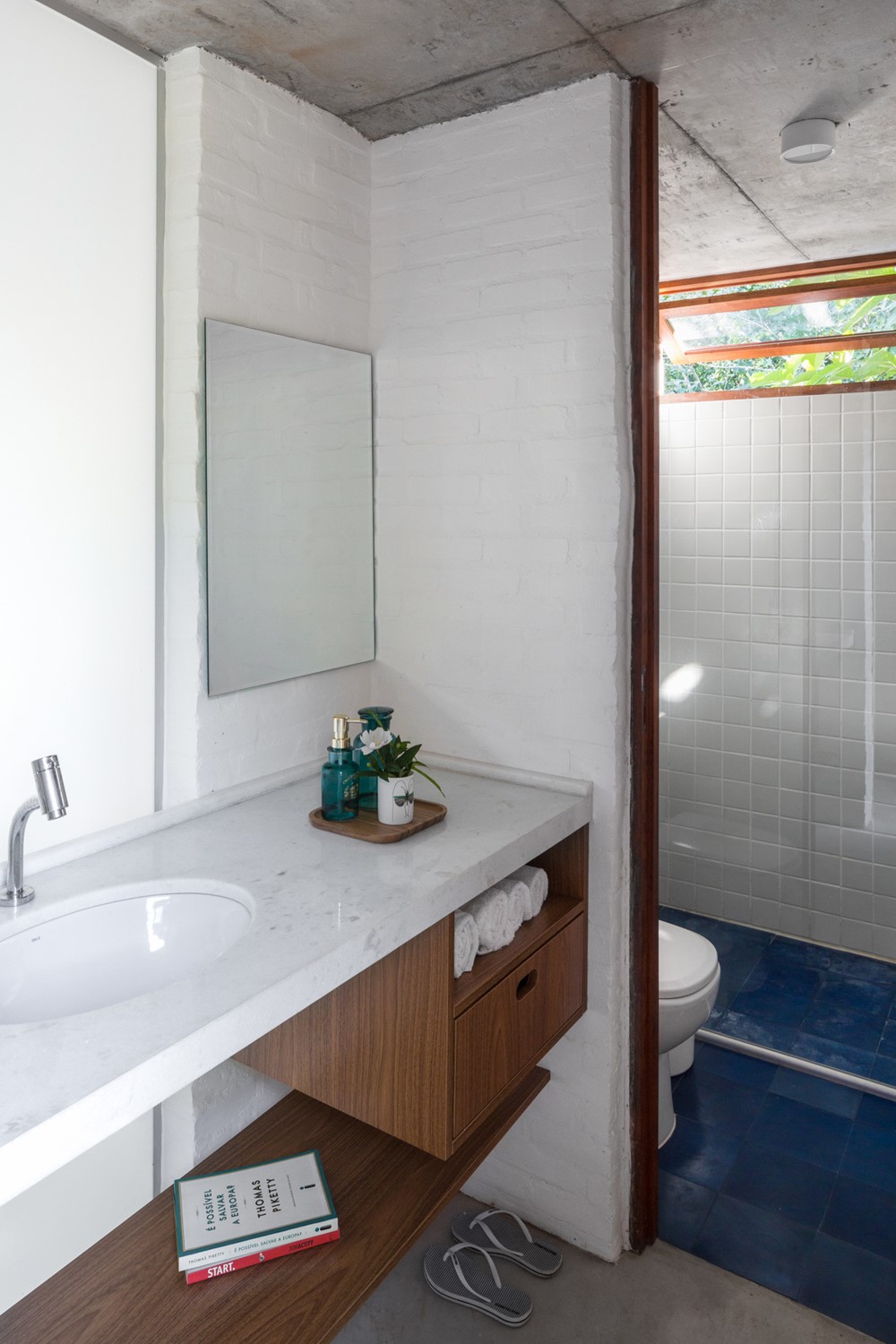 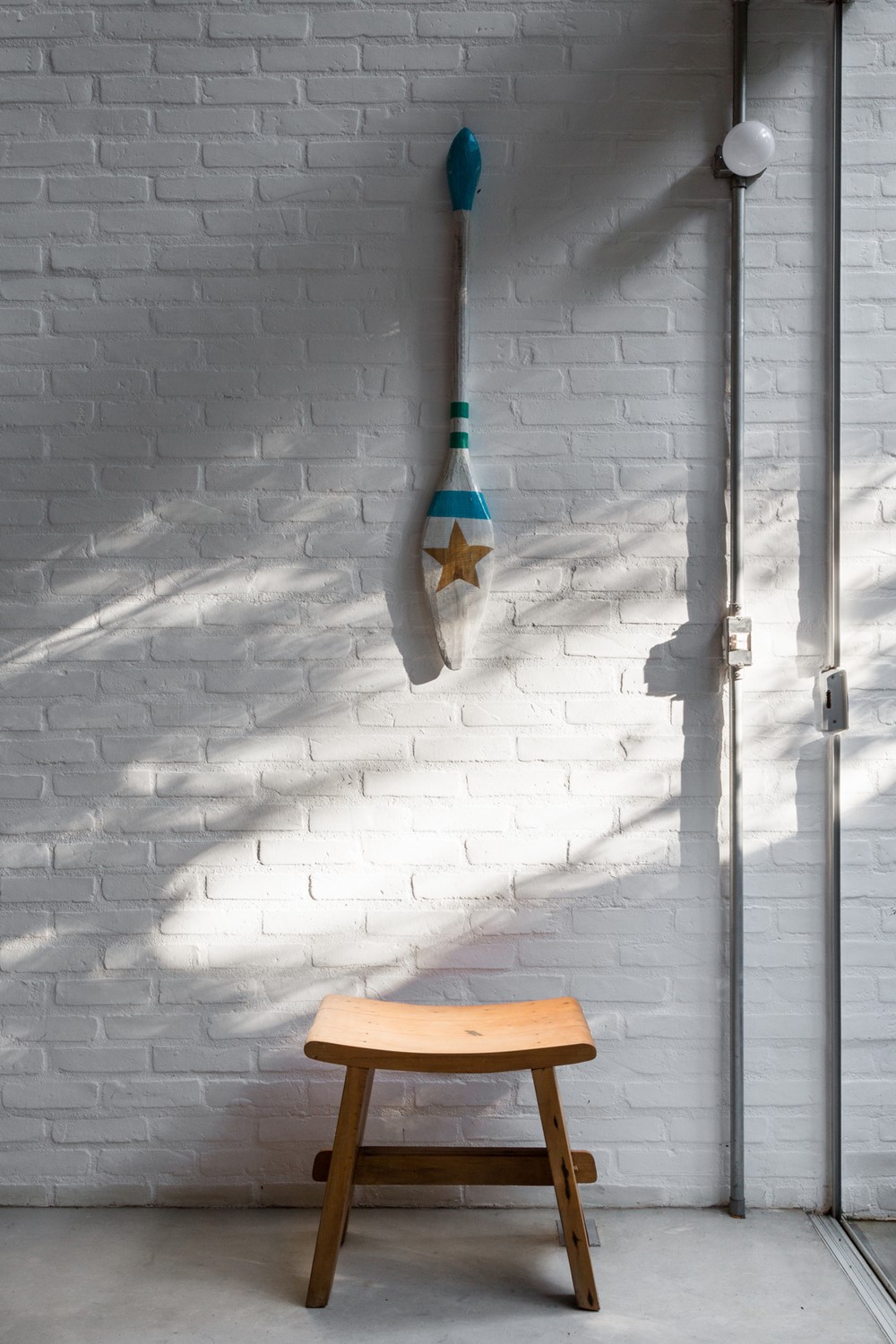 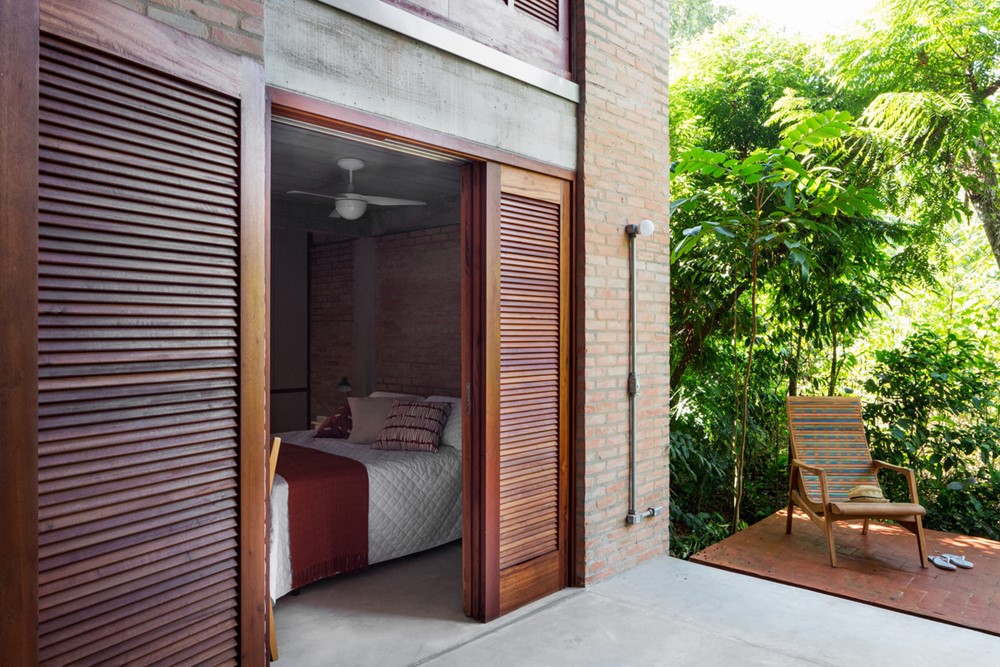 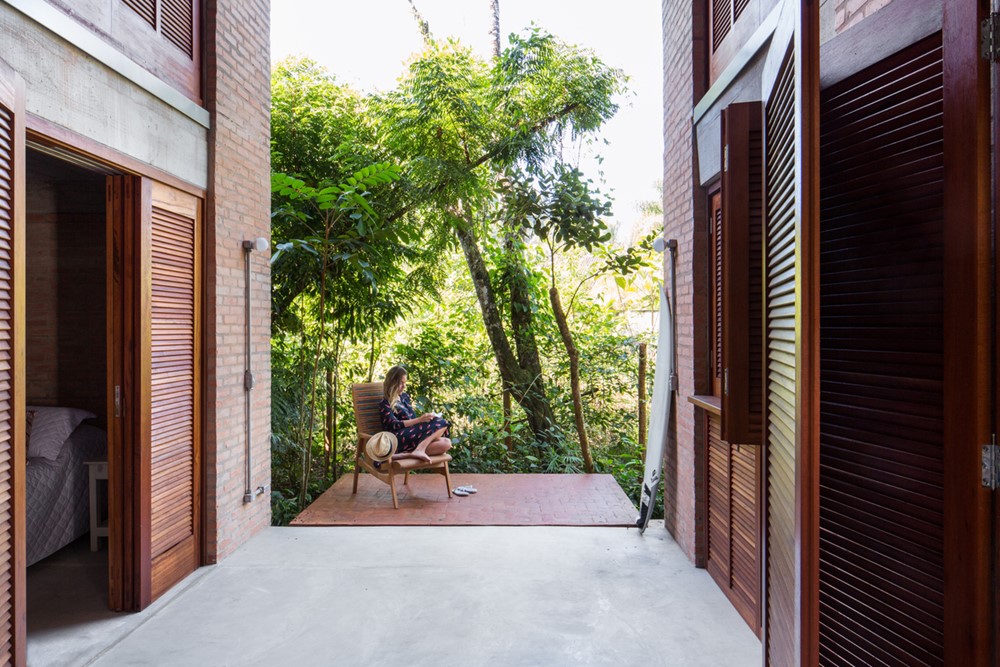 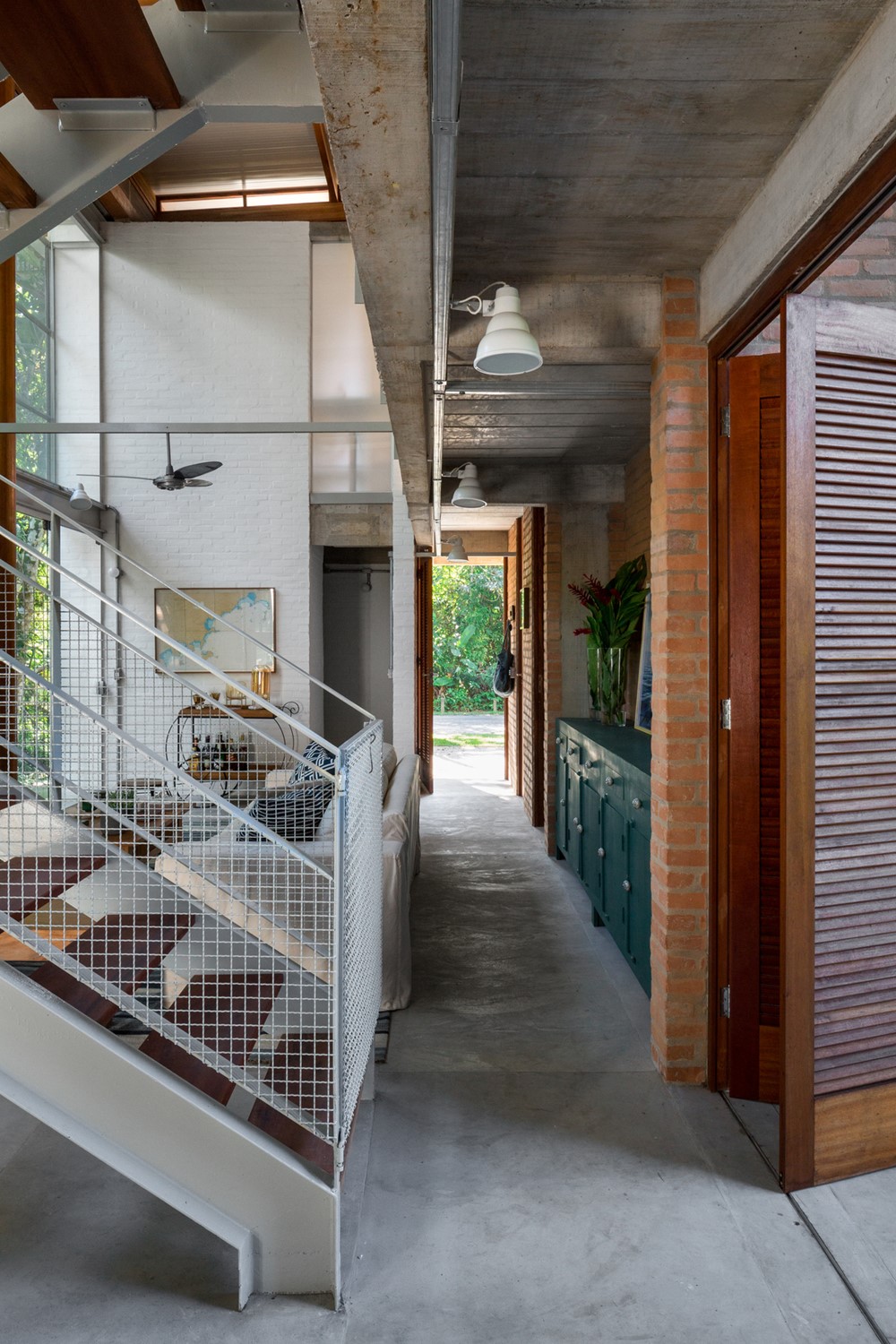 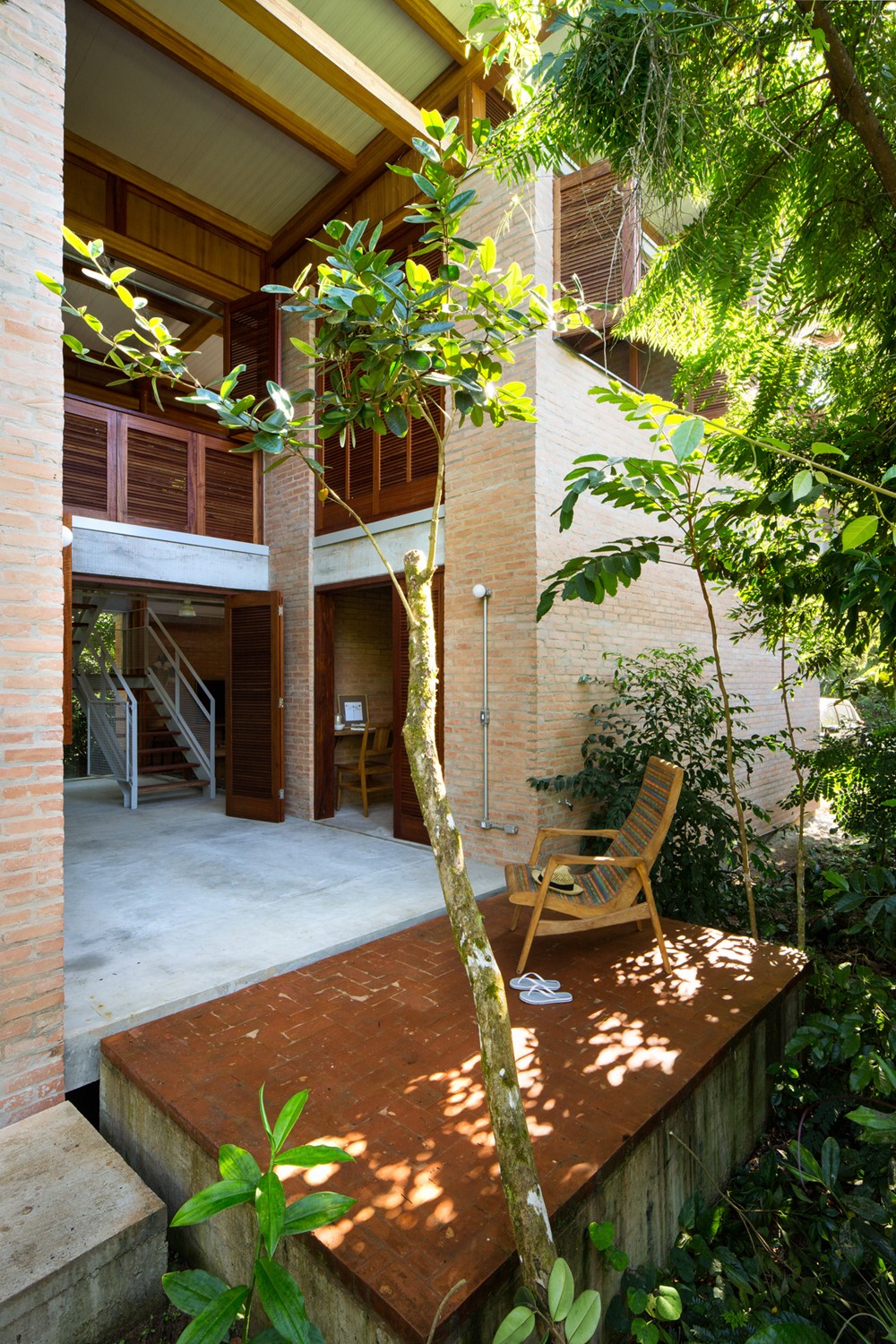 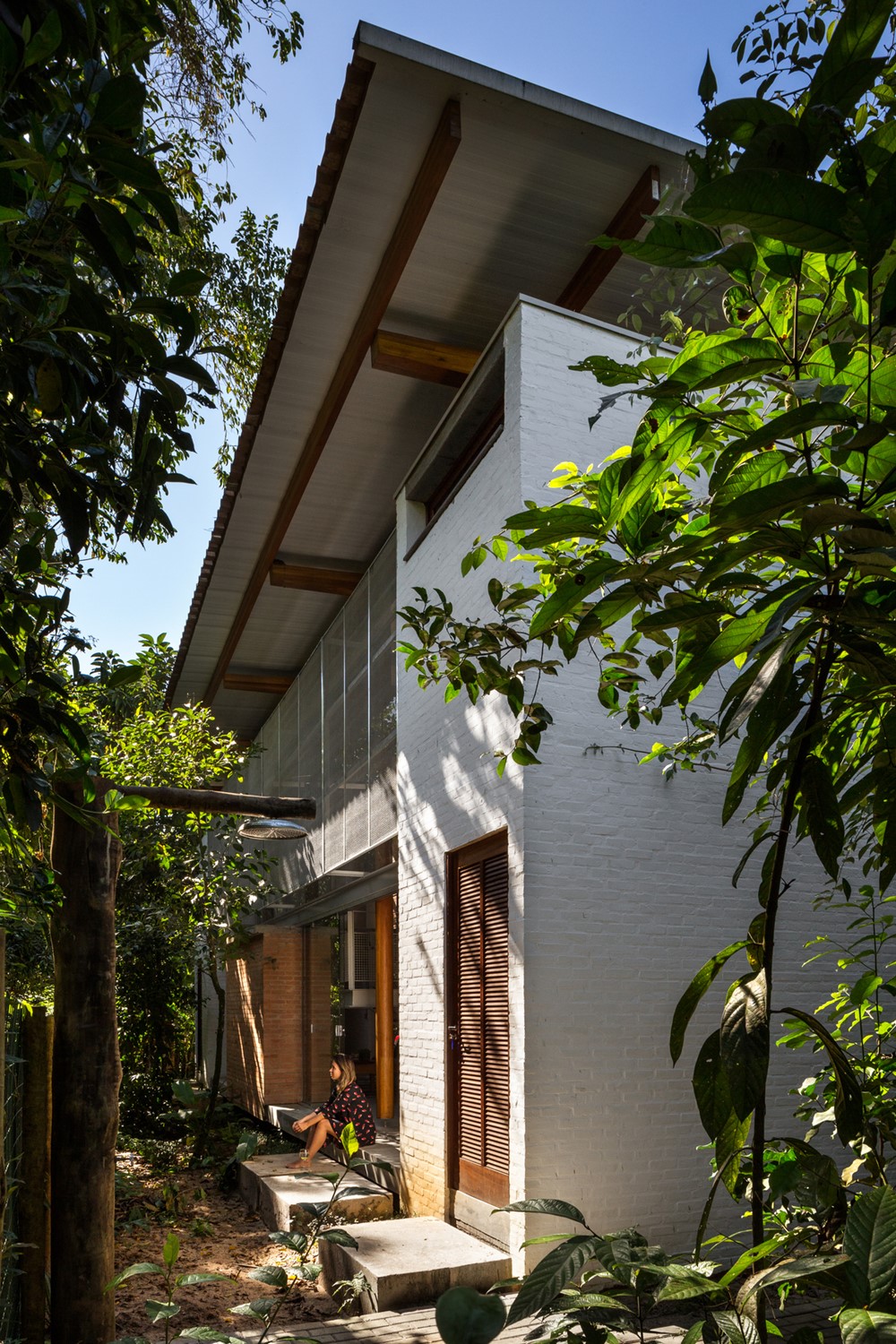 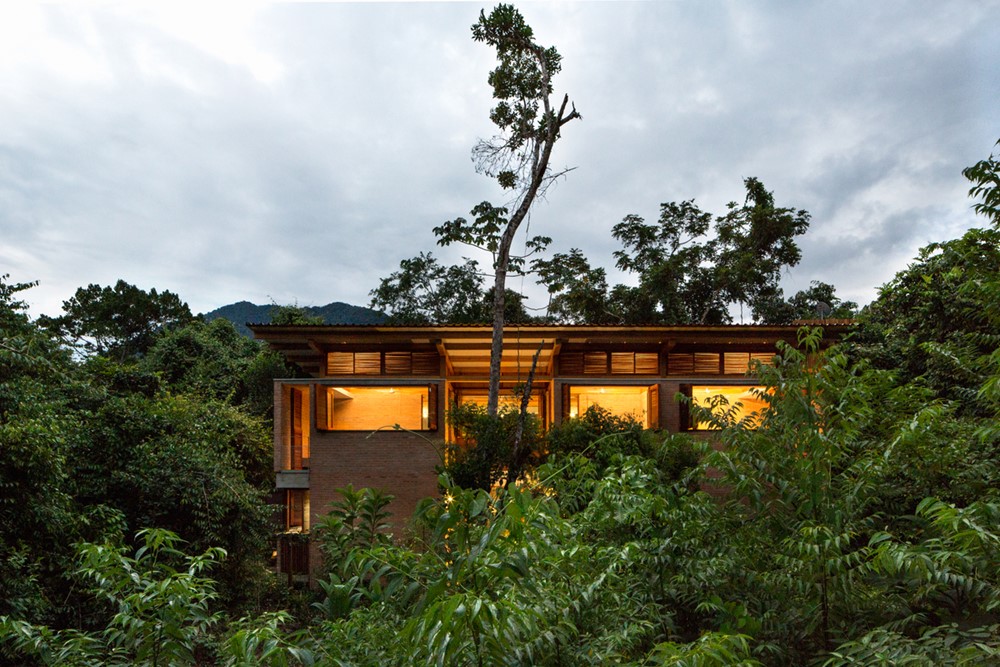 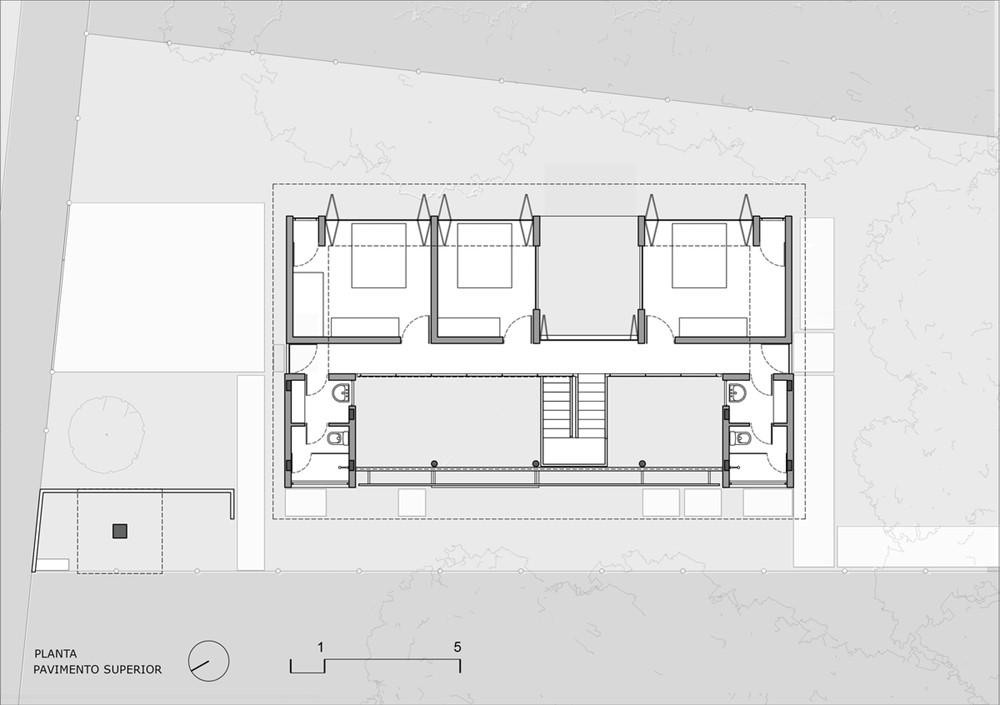 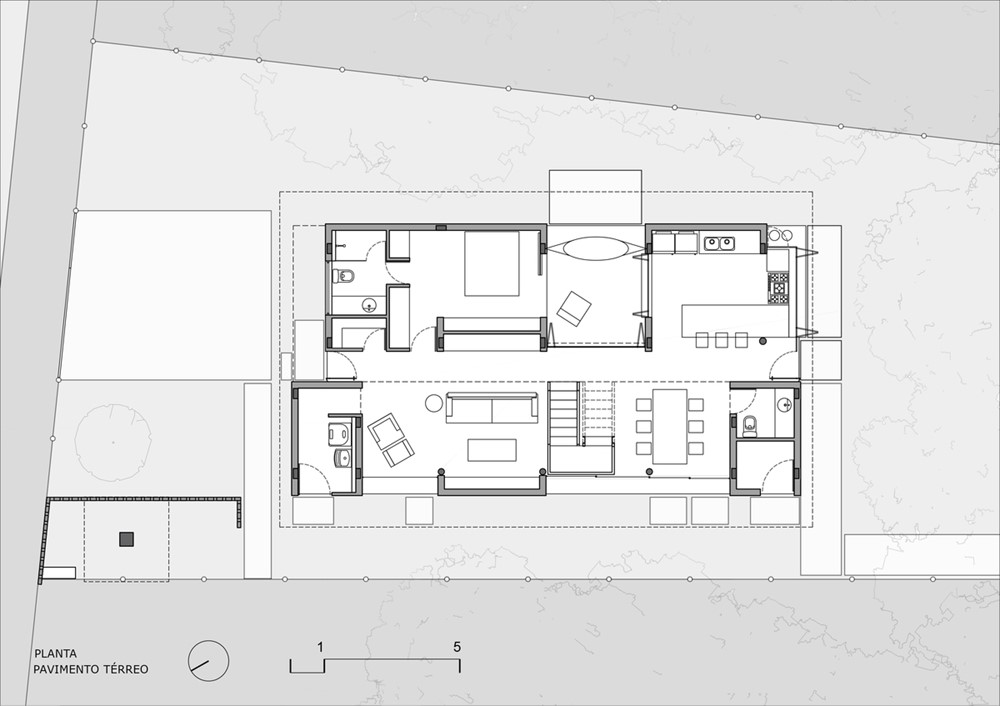 The project intended the house to be a vacation retreat for the couple and their 3 children as well as the main home for the couple to enjoy retirement among the natural landscape. So the 100 m2 main floor holds all the essential functions of the house, and the master bedroom, a patio unites the dinning room, living room and kitchen, it is double footed so it enhances the light, ventilation and visibility of the woods, like a big porch open to the sea air. The tree bedrooms for their children and bathrooms are located in the upper floor, due to the legal necessities of having a compact floor plan.

Because this is a beach property, there were a few issues to be considered in the structural project, like the proximity to the woods, hot and humid climate, a trait of the São Paulo coastal line, and the local labor of big part of the structure and infrastructure.

Addressing this concerns, a conventional concrete and brick structure was adopted for the biggest wing of the house (containing the rooms, kitchen and bathrooms), ensuring the expertise of the local labor and the material’s thermal load. Supported by this solid wing, a large wooden roof structure was developed, reinforced by three pillars of the same material. The option for a laminated wooden structure, produced by the construction company ITA, prepared at its factory and assembled at the site, occurred due to its capability of covering ample span, resistance, interlock precision, swift assembly and for being able to meet the expectations imagined for a beach house.
The thermal quality of the areas inside the house is possible because of the solid brick, the thermo acoustic shingle and above all, the permanent openings created by the window frames and blinds. The northeast façade is composed in glass, it has a protective screen acting as a blind. Whereas the northeast façade has wooden blinds, that were also created by local labor and materials.

As a result, the project explores the possibilities of different construction and structural methods, letting the materials shine on their own, harmonizing with the site’s surroundings, and elevating the connection between each room of the house and the preexisting woods.