Split house by London Atelier is a new-build three storey family home set into a steep hill in Sevenoaks, Kent. The site is set between two detached houses on a hill sloping down towards the North. The mass is split into two halves connected via a central glazed link envisaged as an atrium housing the staircase. Photography by Alan Williams. 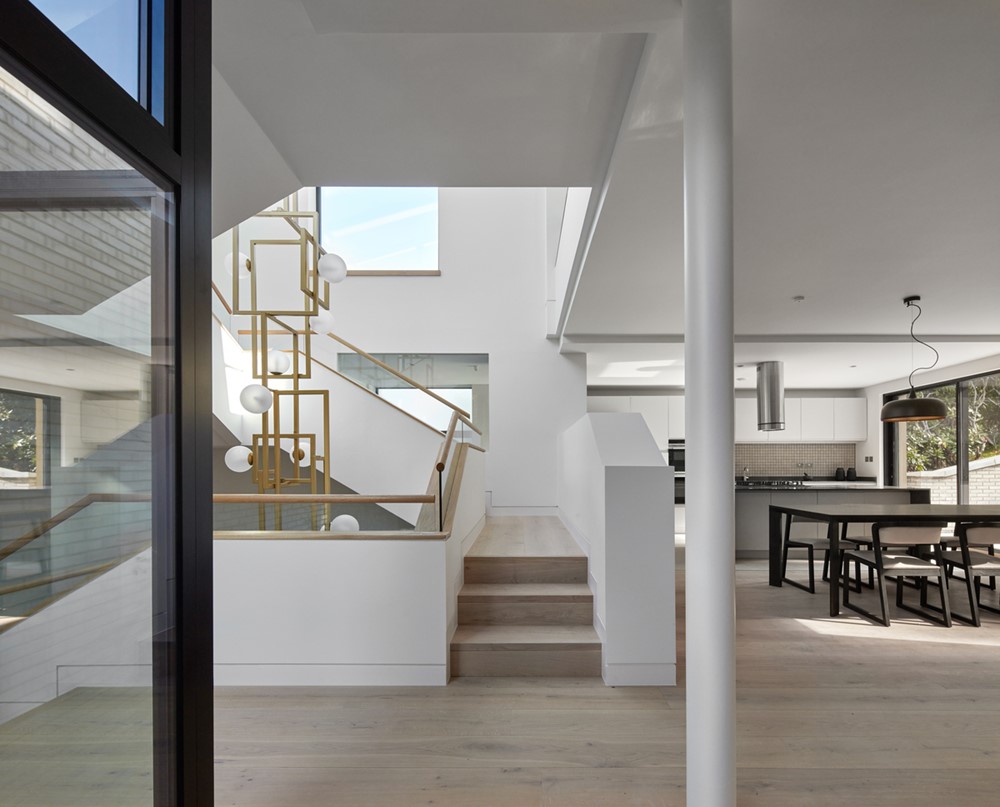 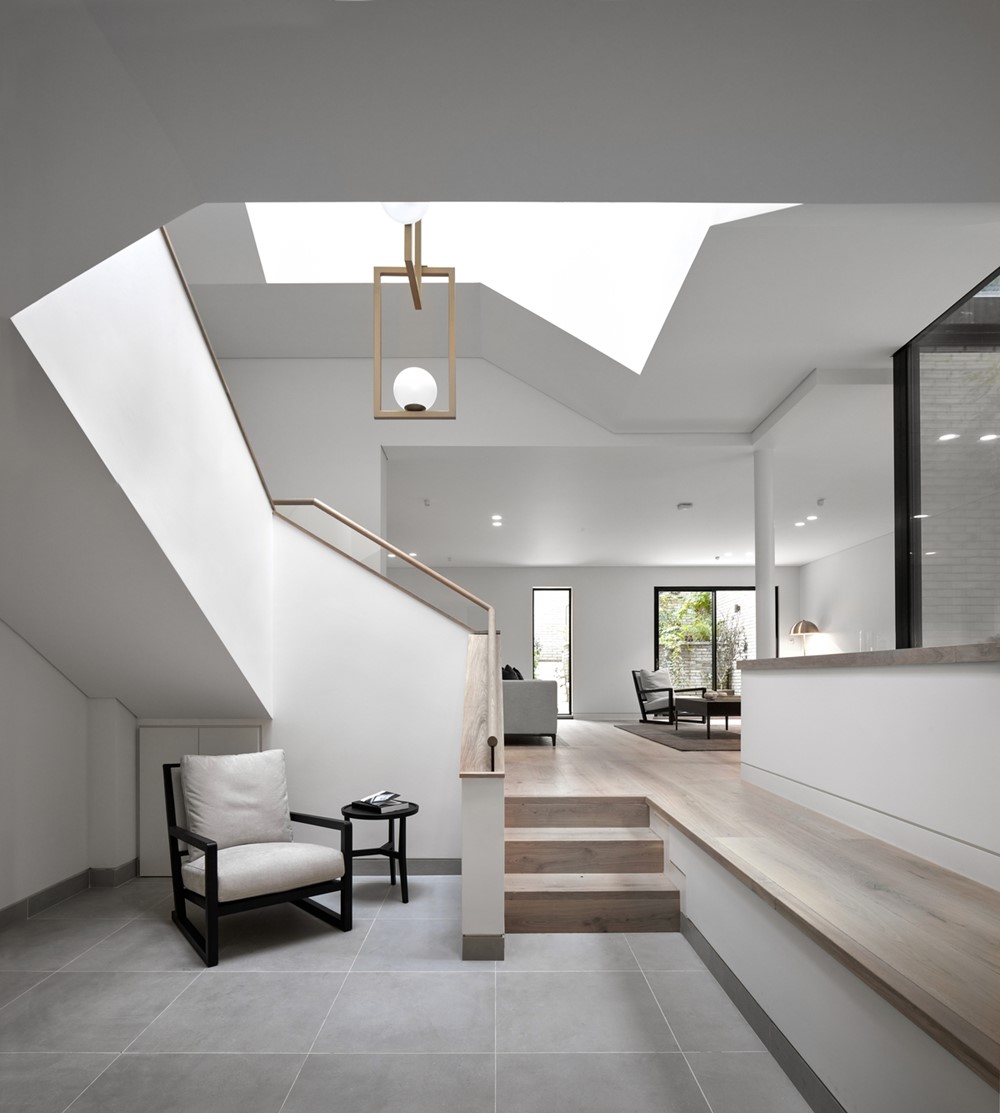 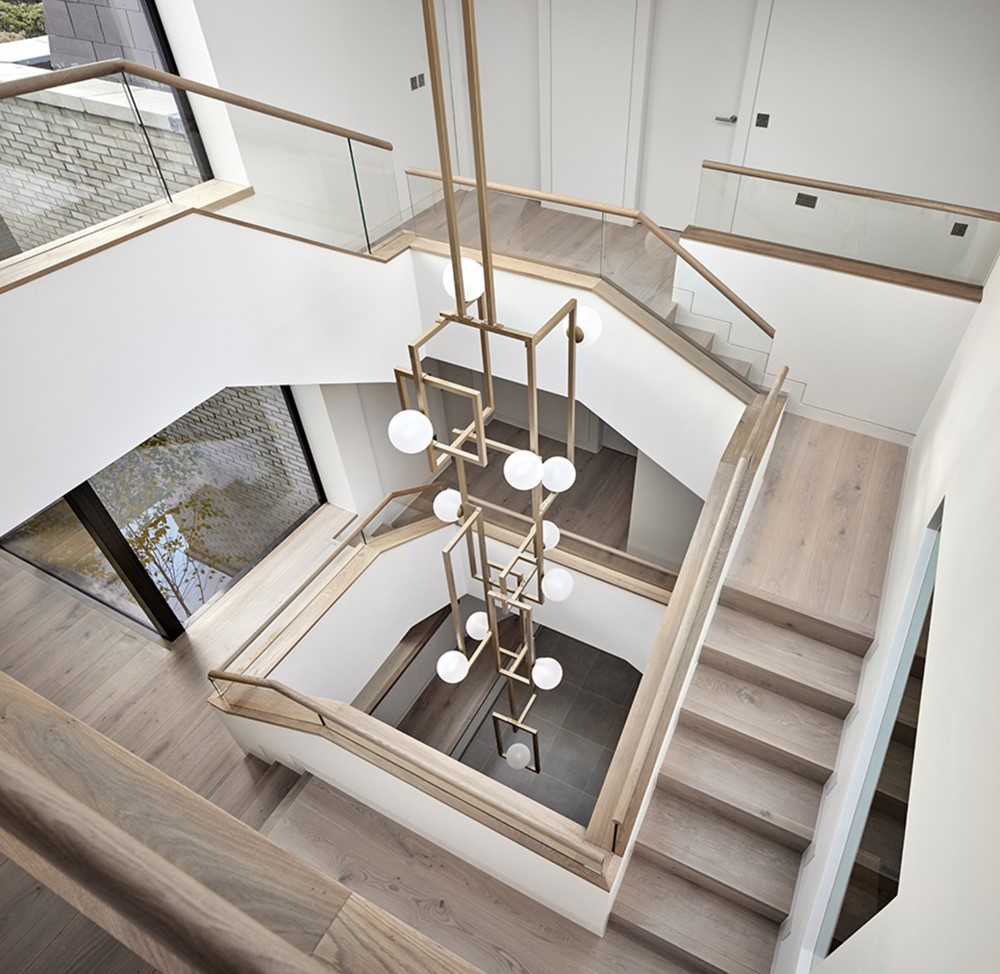 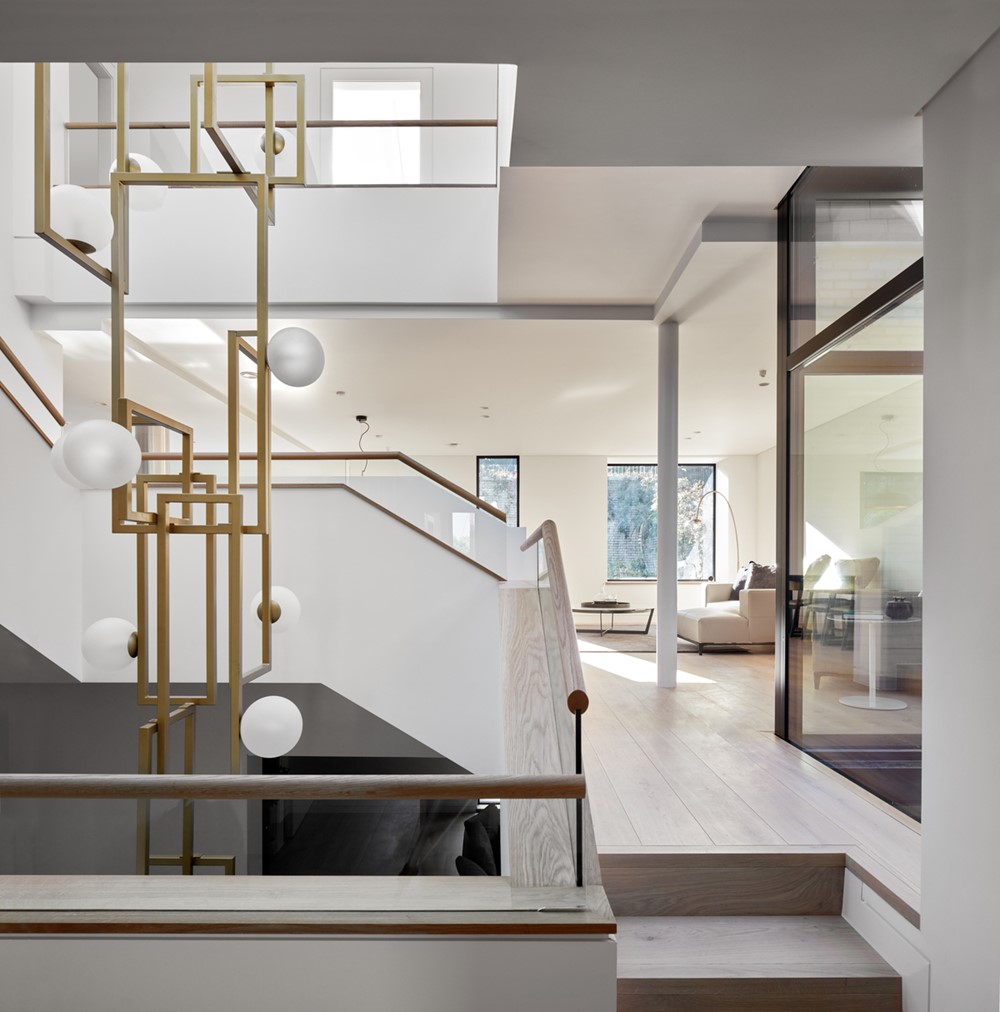 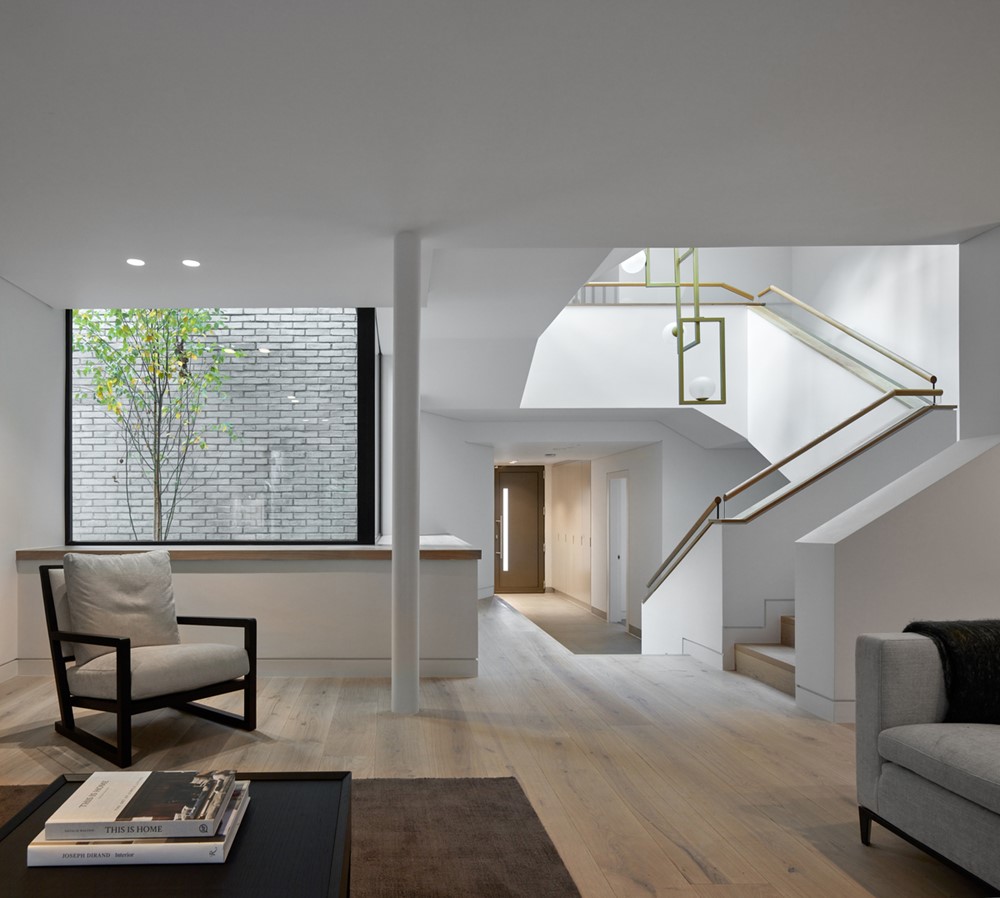 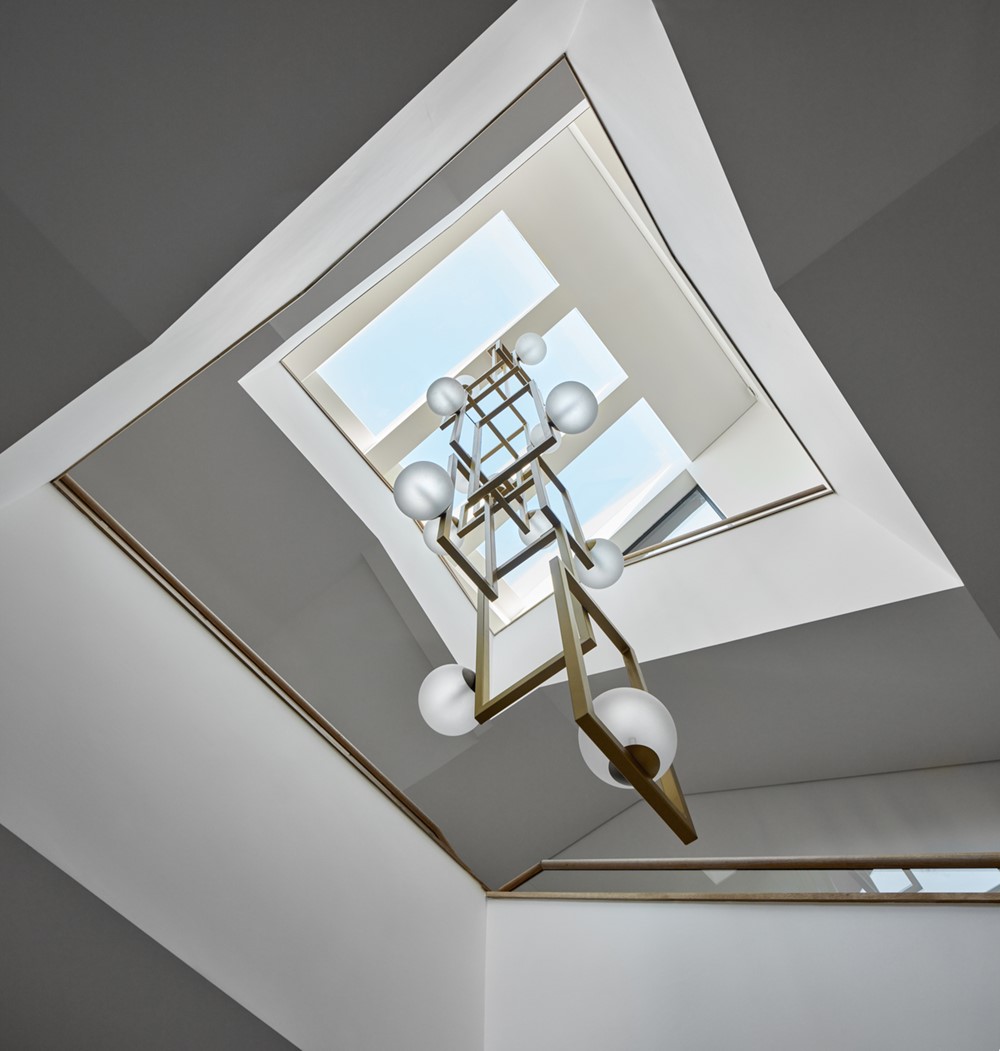 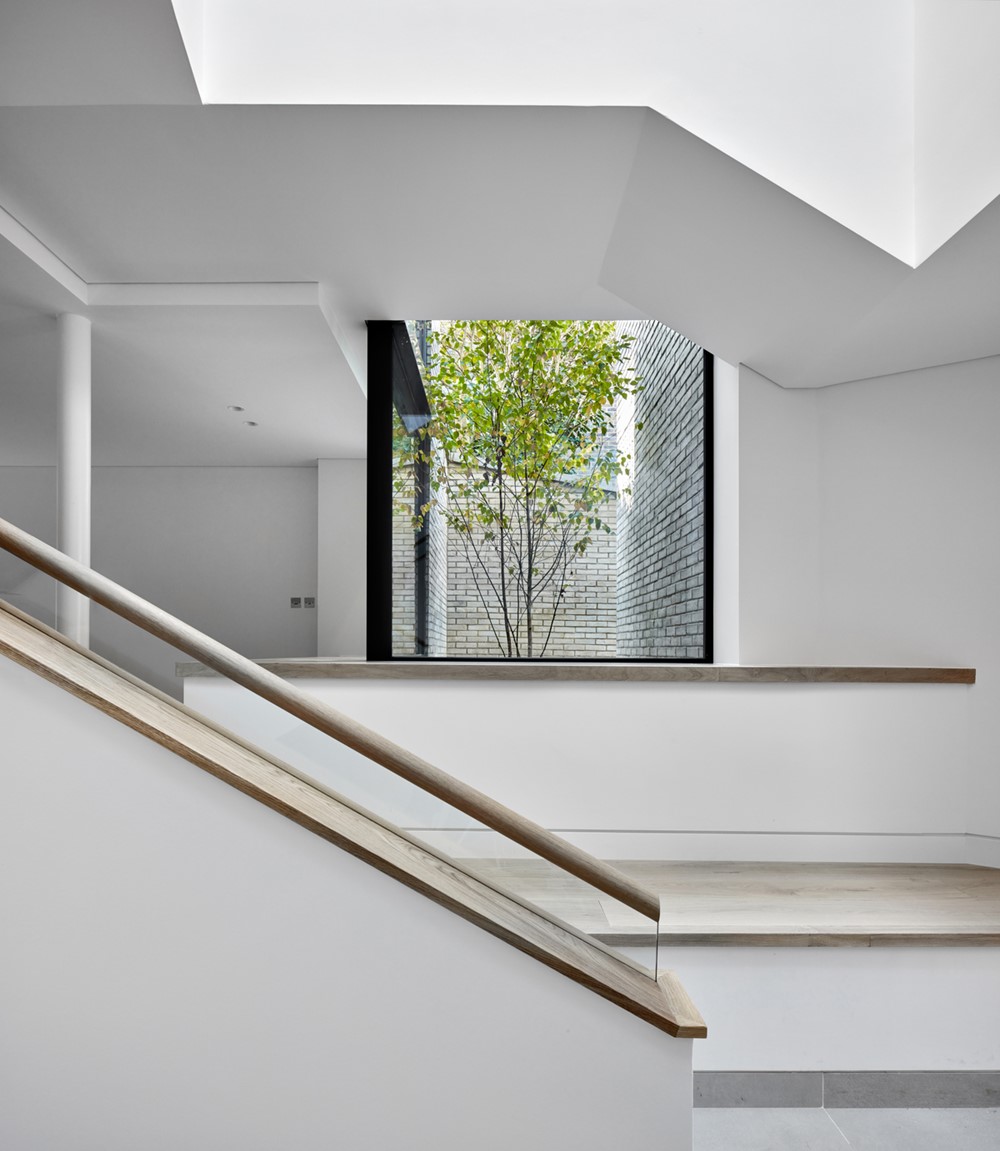 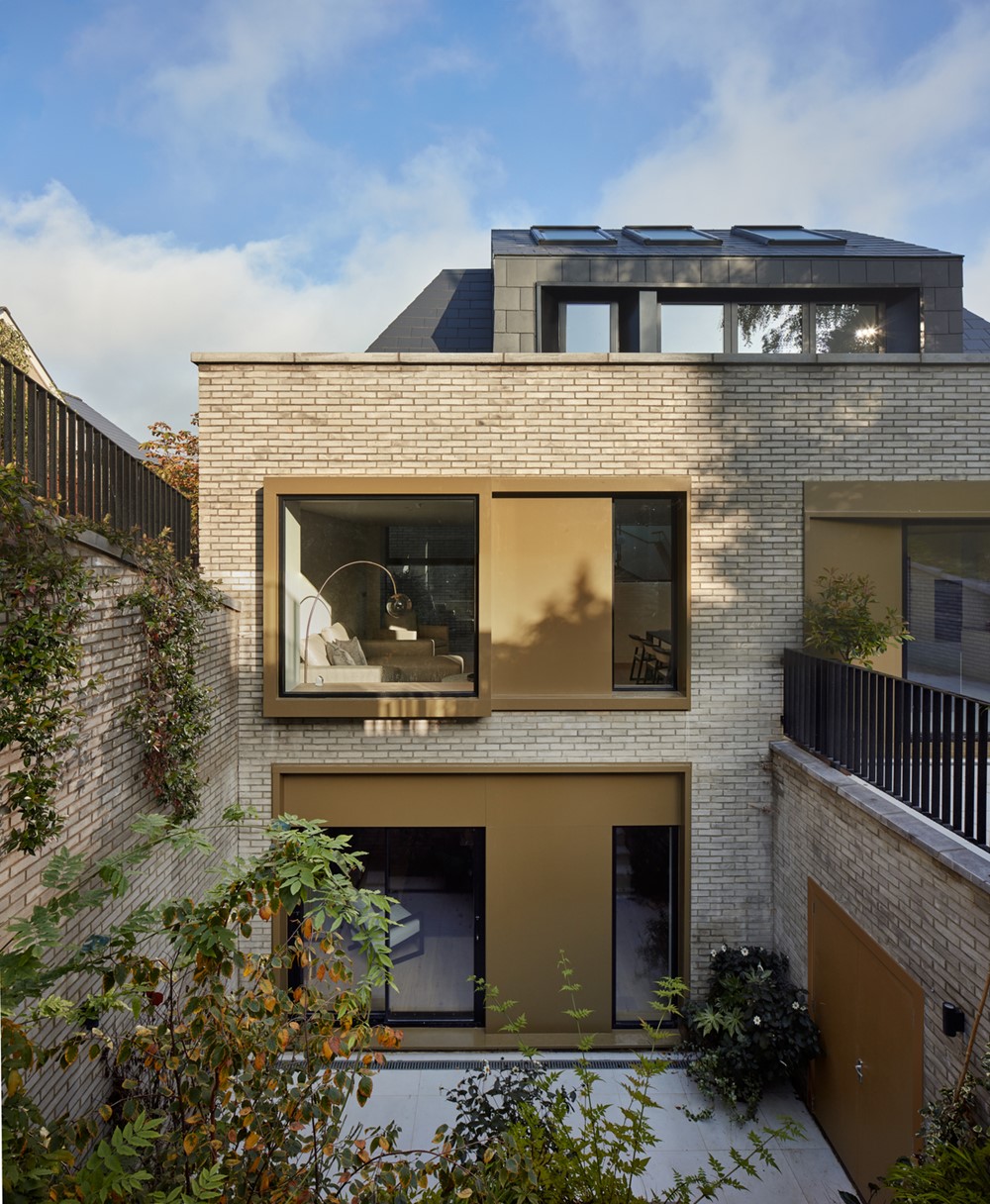 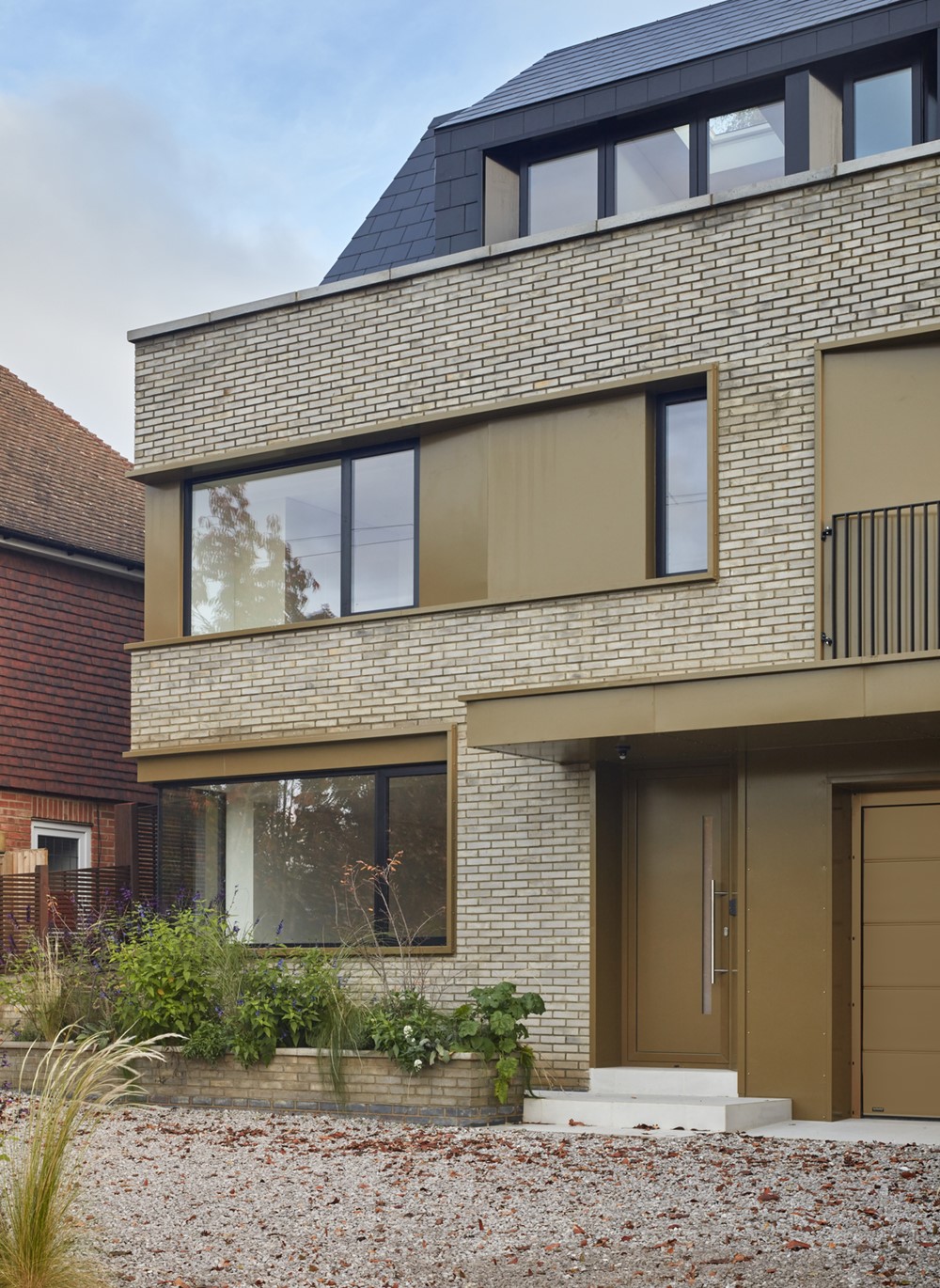 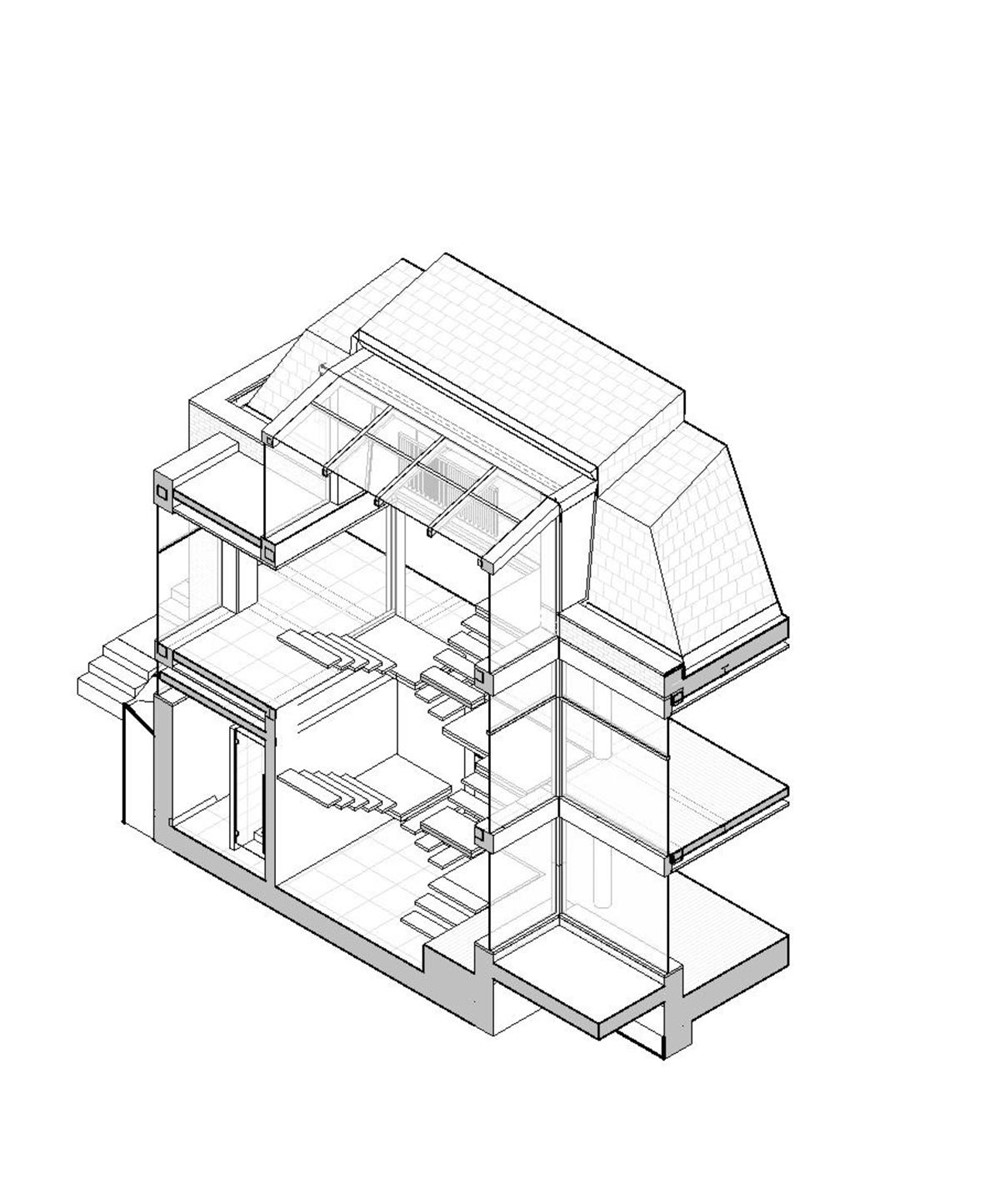 The glazed link is set in from the main mass to create a small central courtyard bringing external green space into the centre of the plan. The levels in the two halves are staggered. In the Northern half of the building, they are set 1.2m below the level in the Southern half, following the slope of the hill. Each half of the building has three levels with staggered access via the central staircase, forming six distinct split levels. The glazed link allows direct sunlight to penetrate every room, even in the most Northern part of the building. To the rear, a sunken stepped garden with planting at multiple levels forms a dense green space beginning at the lower ground floor. The insertion of a central courtyard with a silver Birch tree, breaks up the deep plan of the building, injecting daylight right at the centre of the deep volume.