A person planning a house on a meadow above a subterranean lake from the former glacial period has either nerves of steel or not the faintest idea. This is what happened to the Berlin architect Carlos Zwick when he wanted to construct a summer residence for his family of 8 in his Allgäu homeland. Photography by Tomek Kwiatosz. 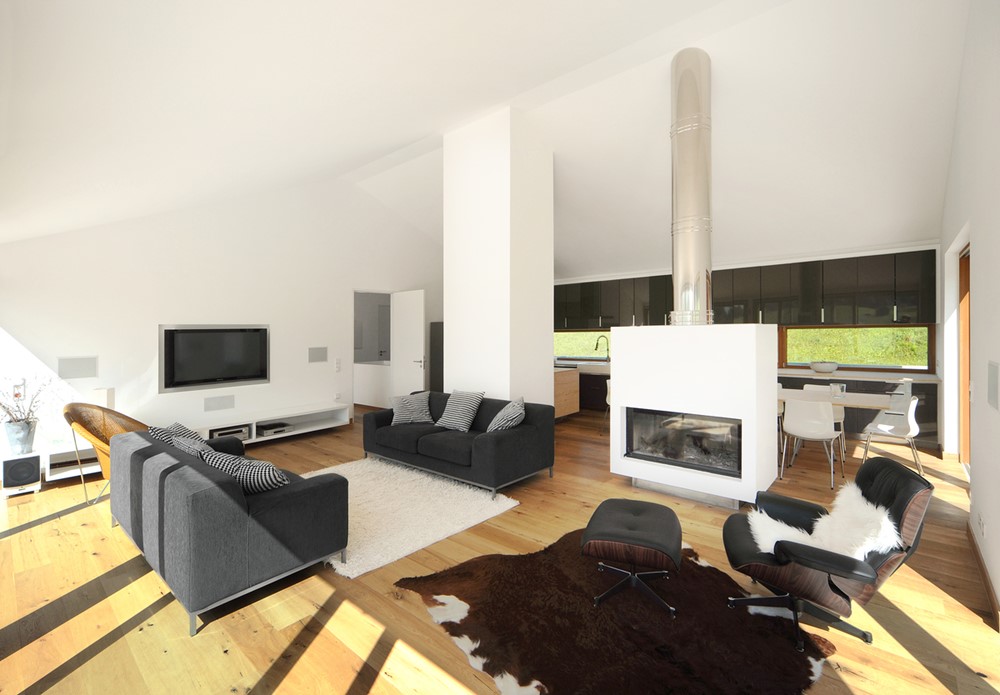 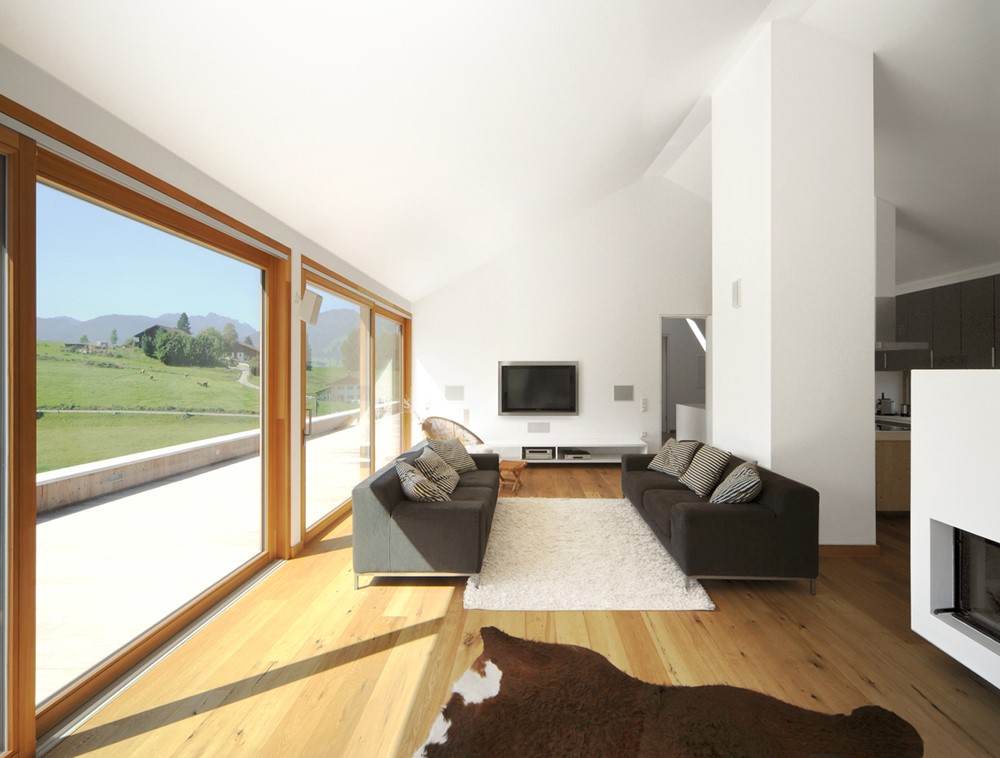 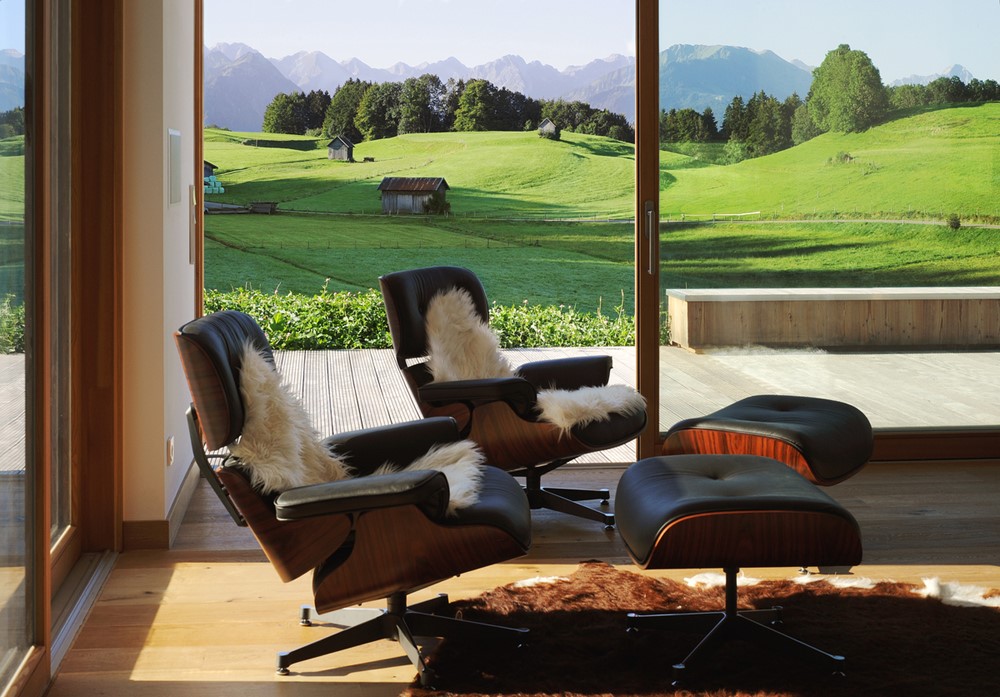 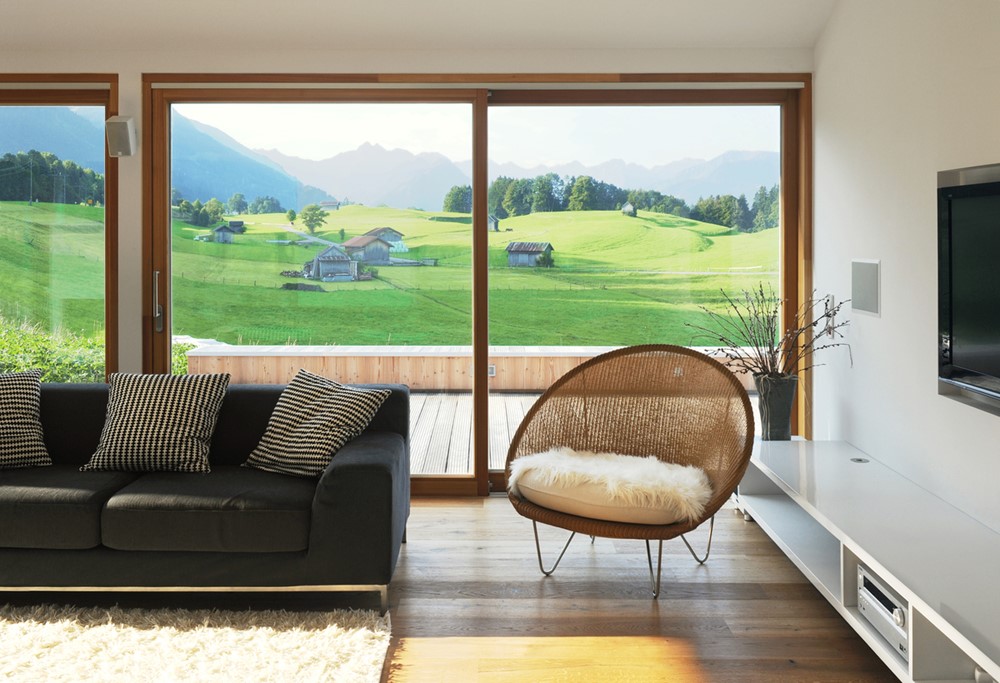 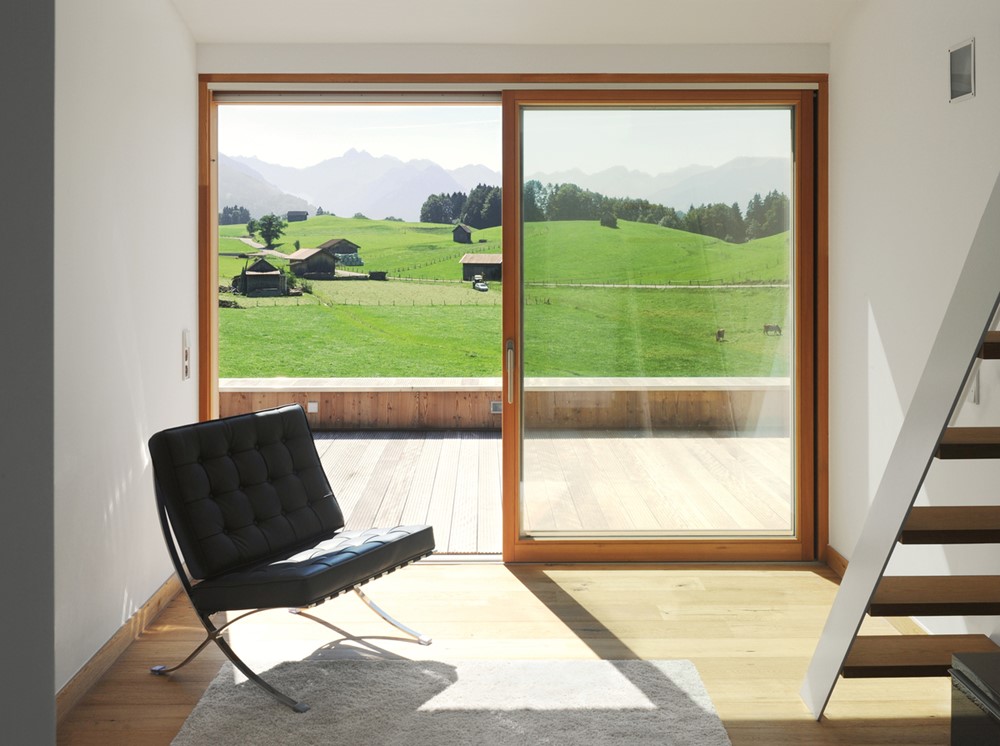 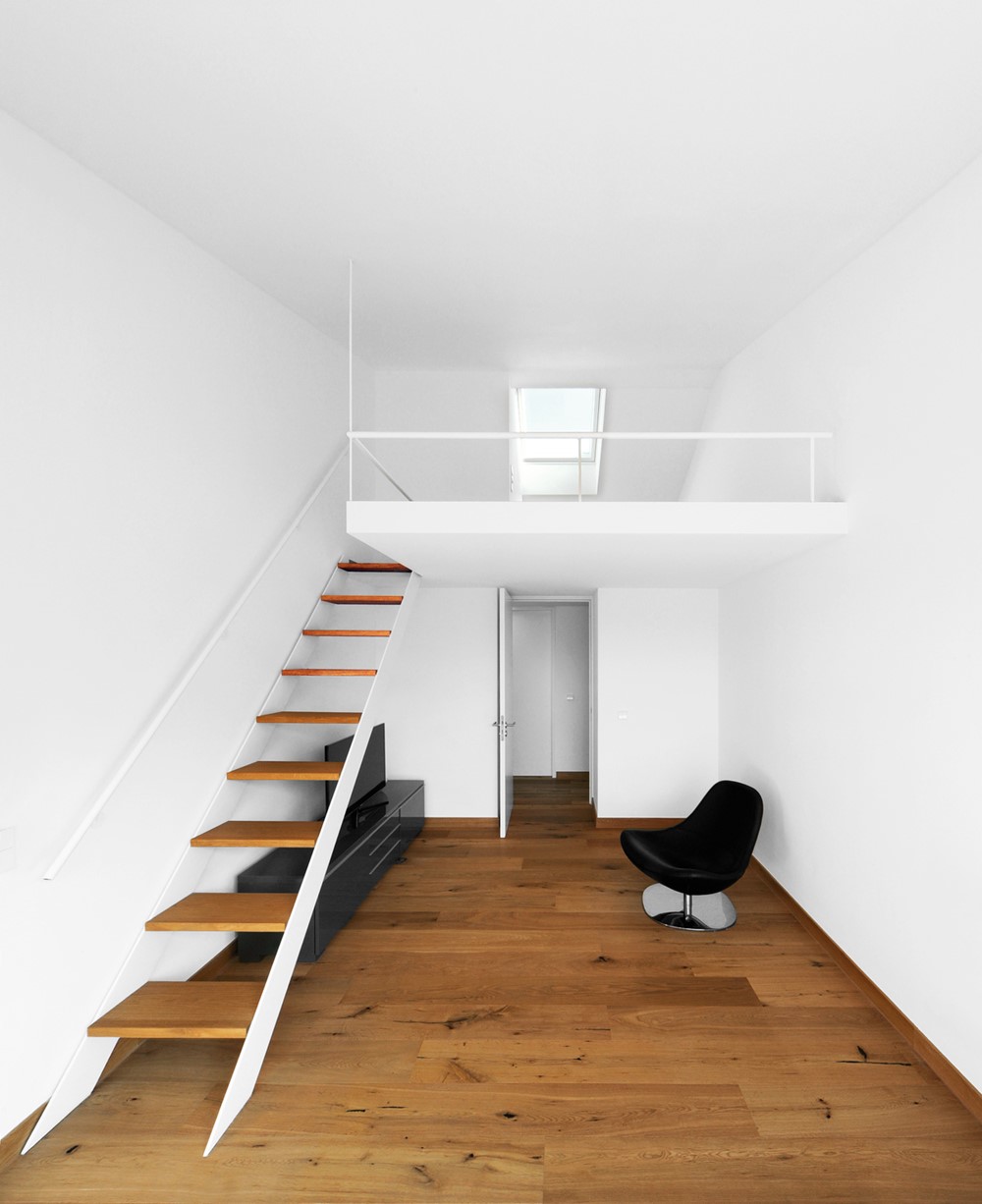 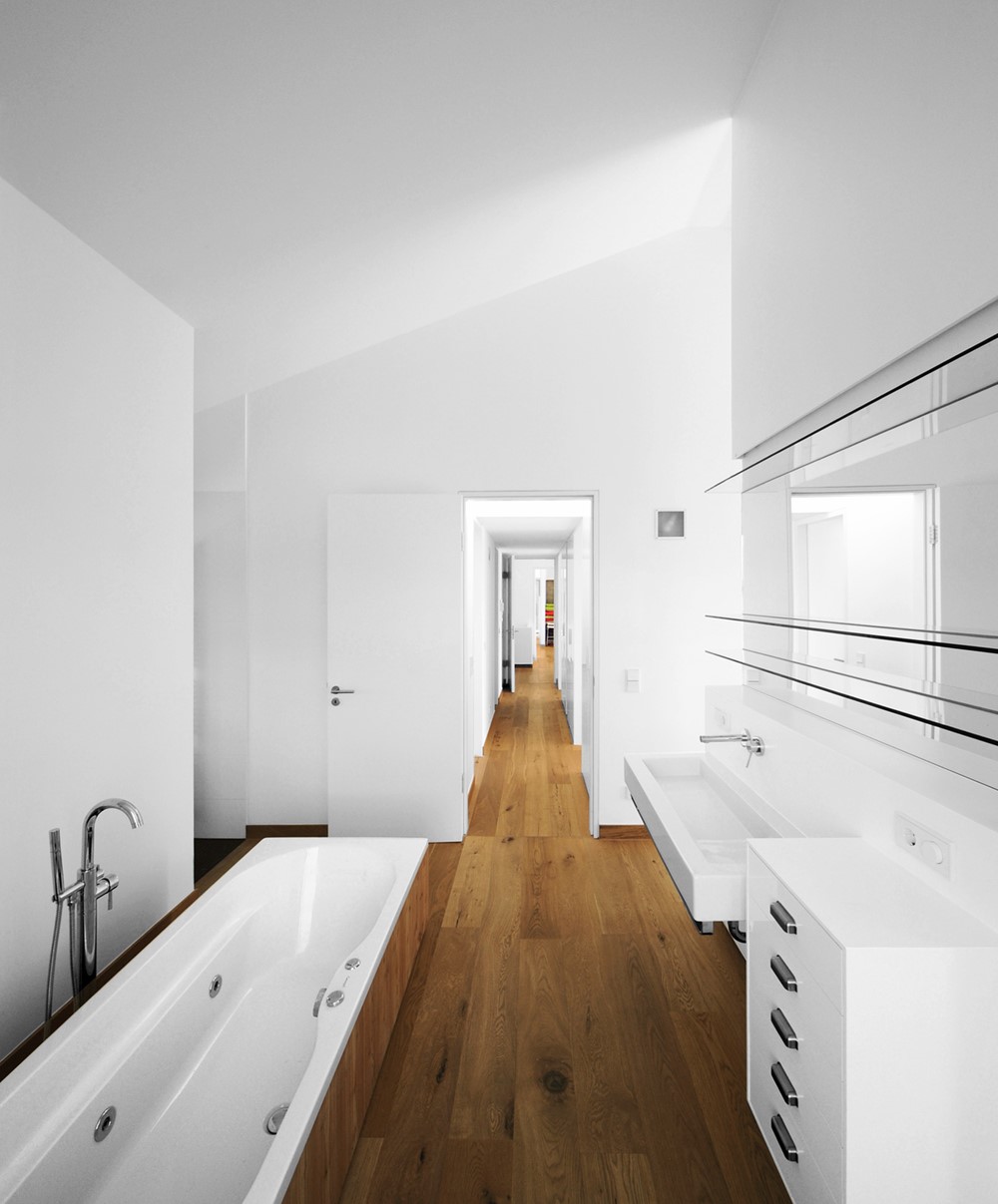 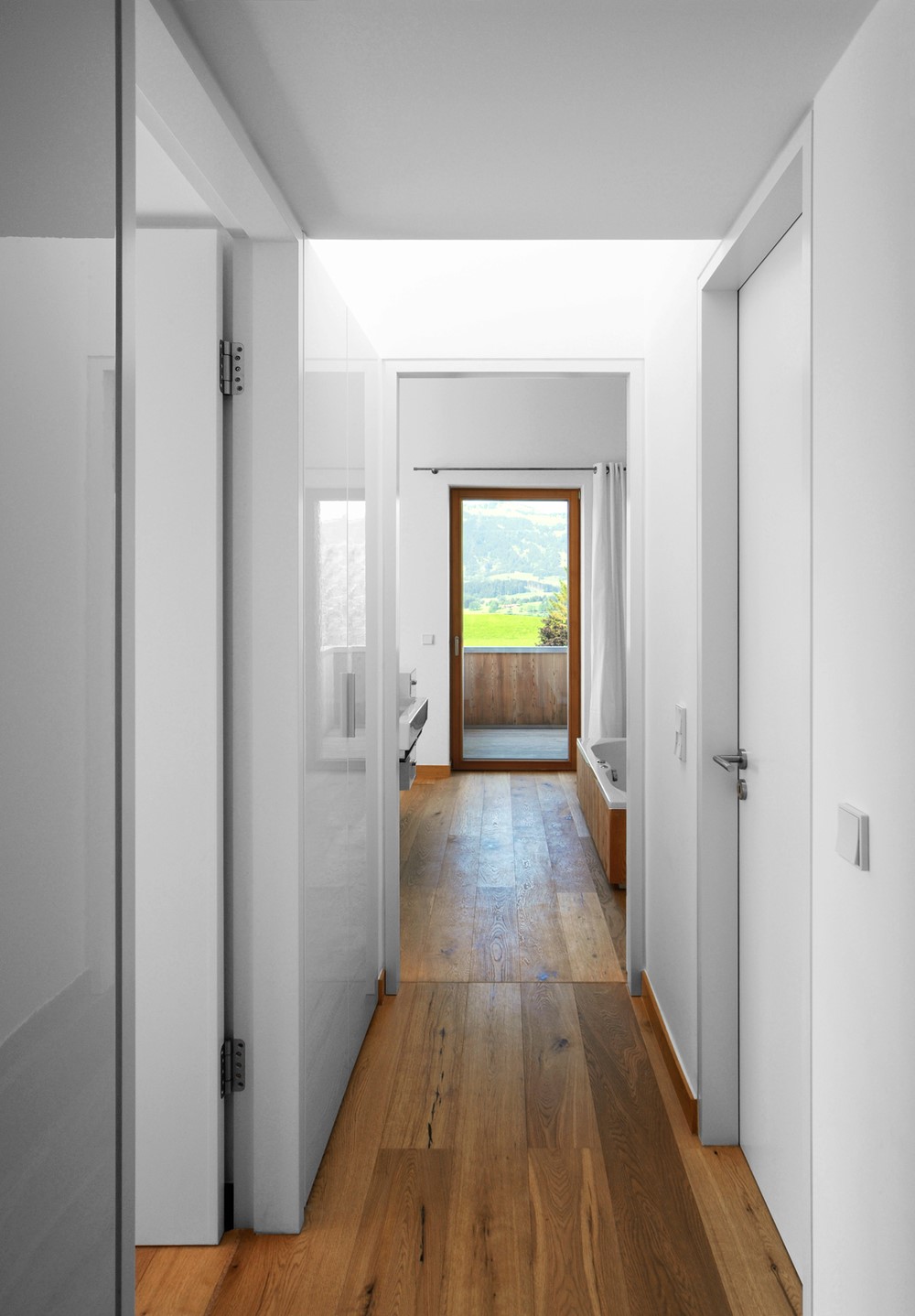 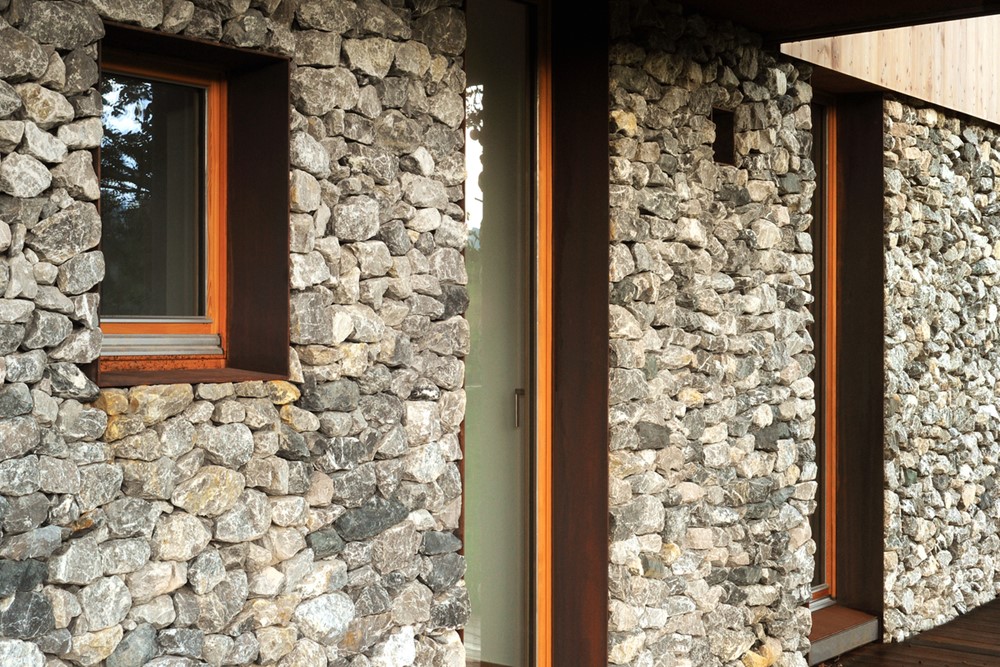 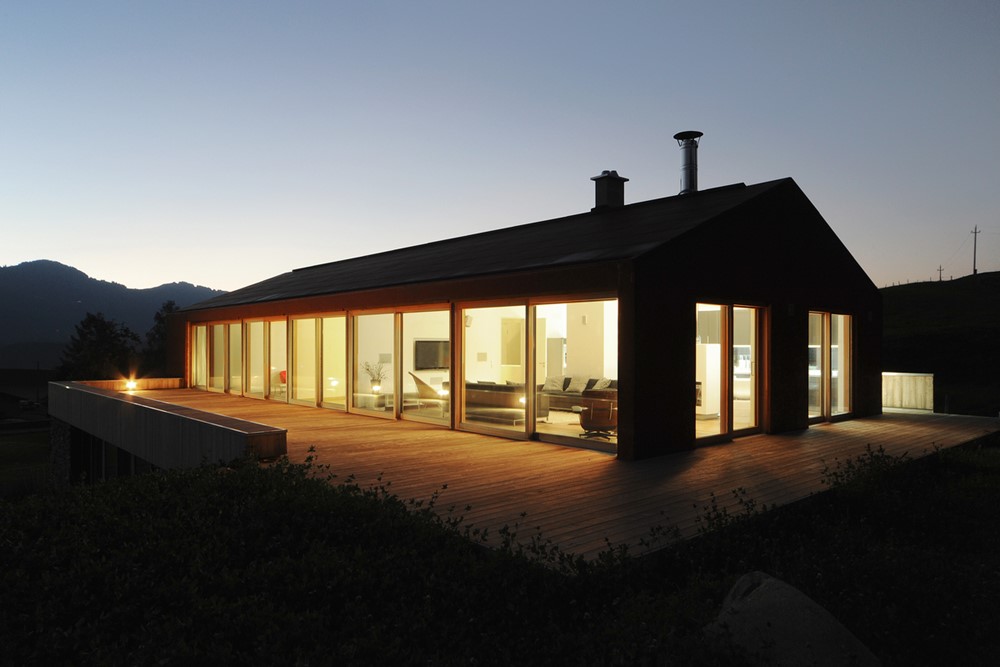 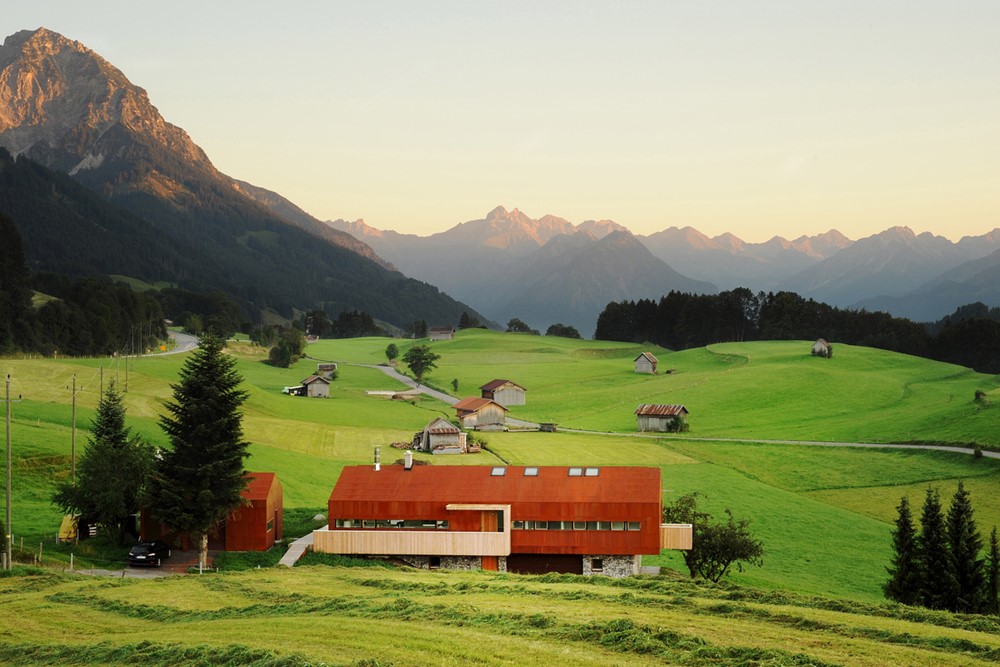 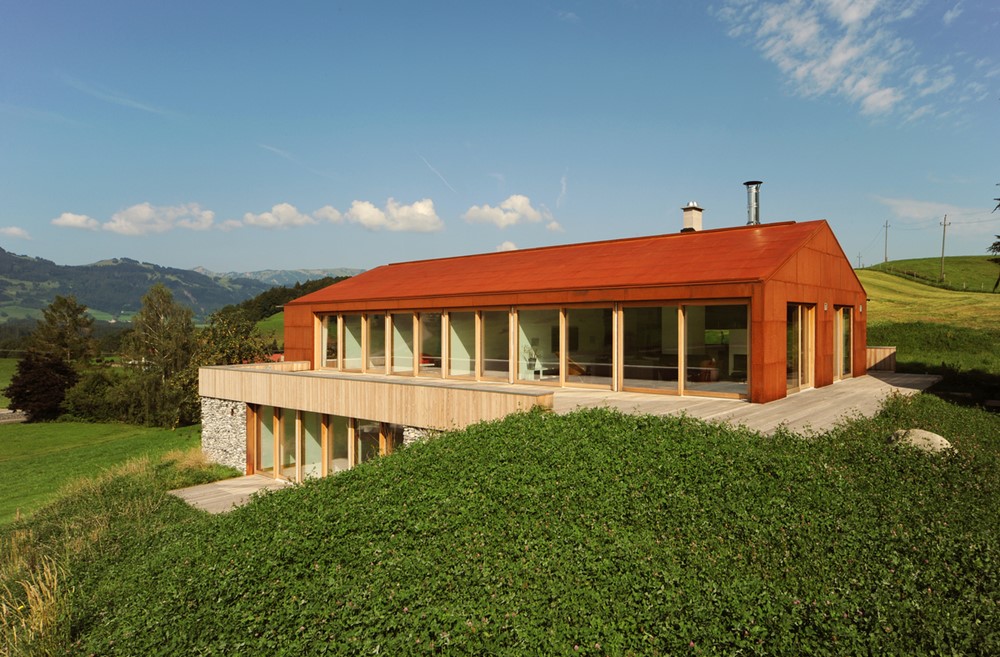 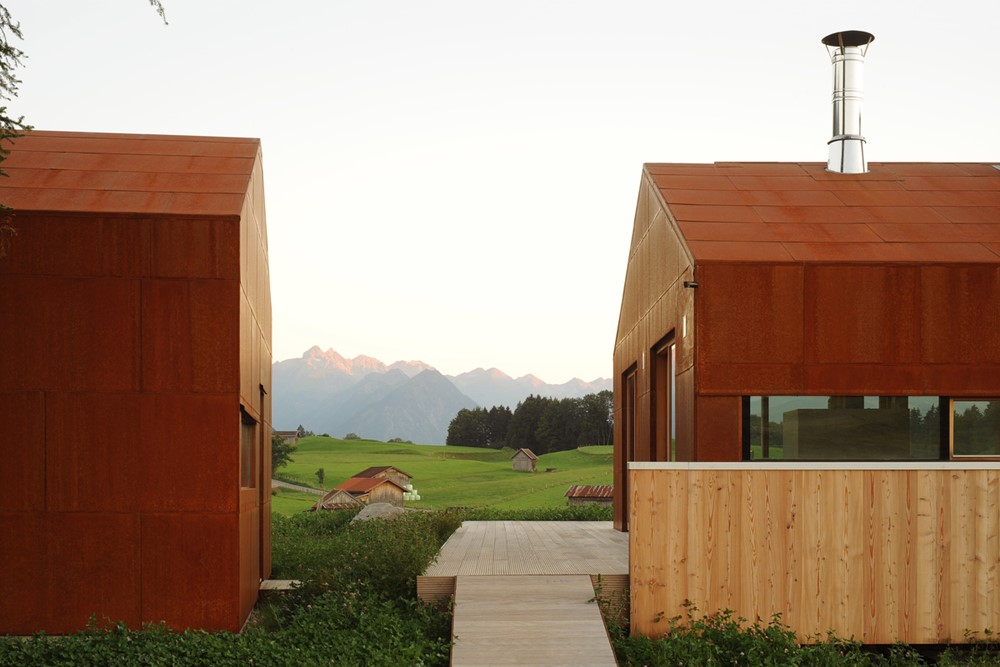 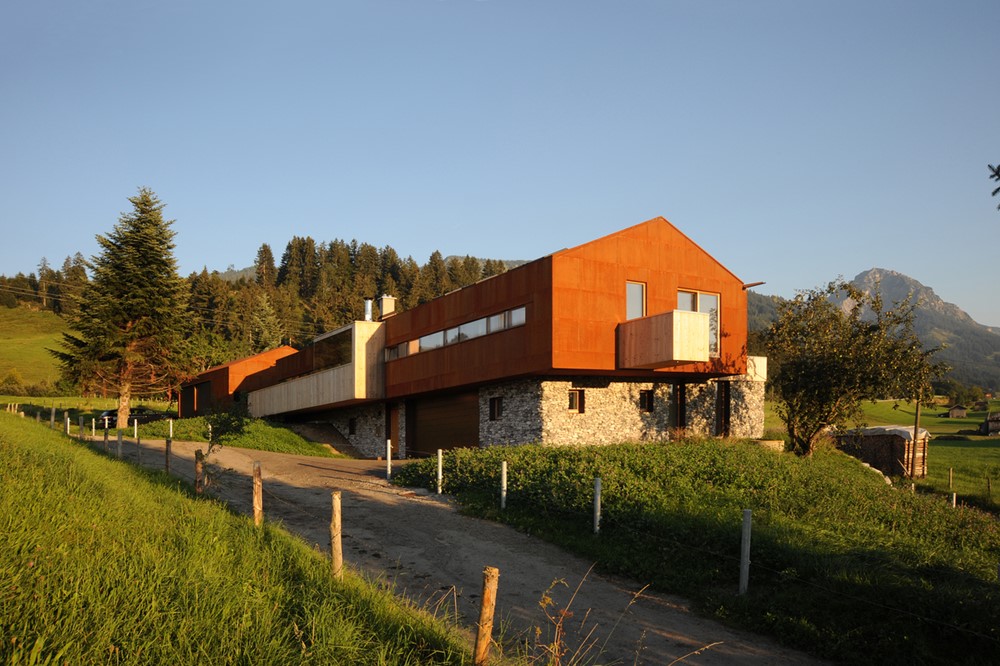 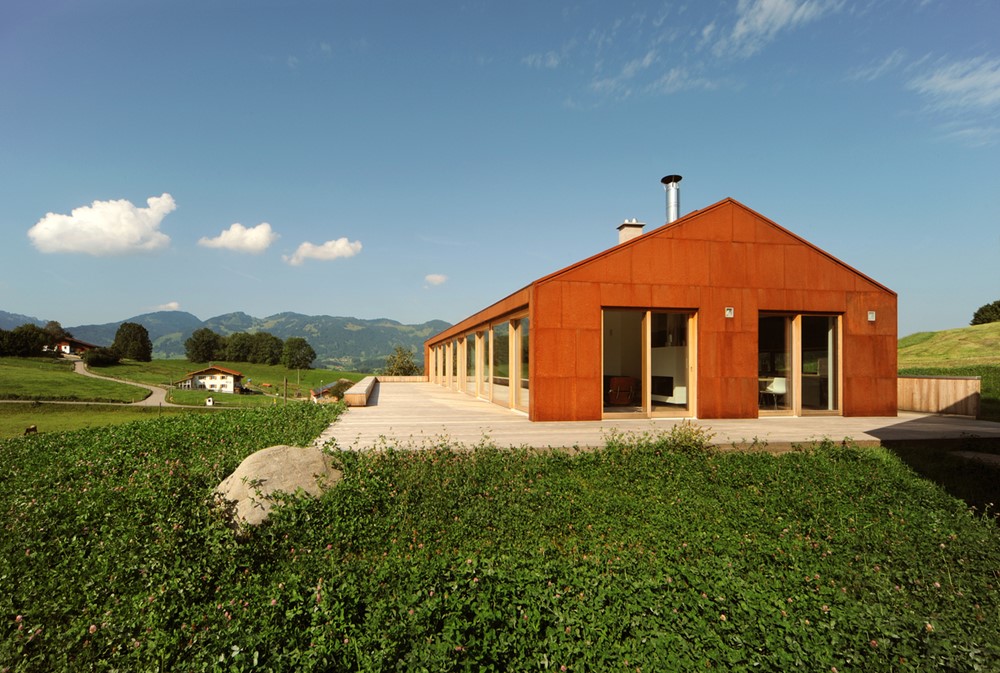 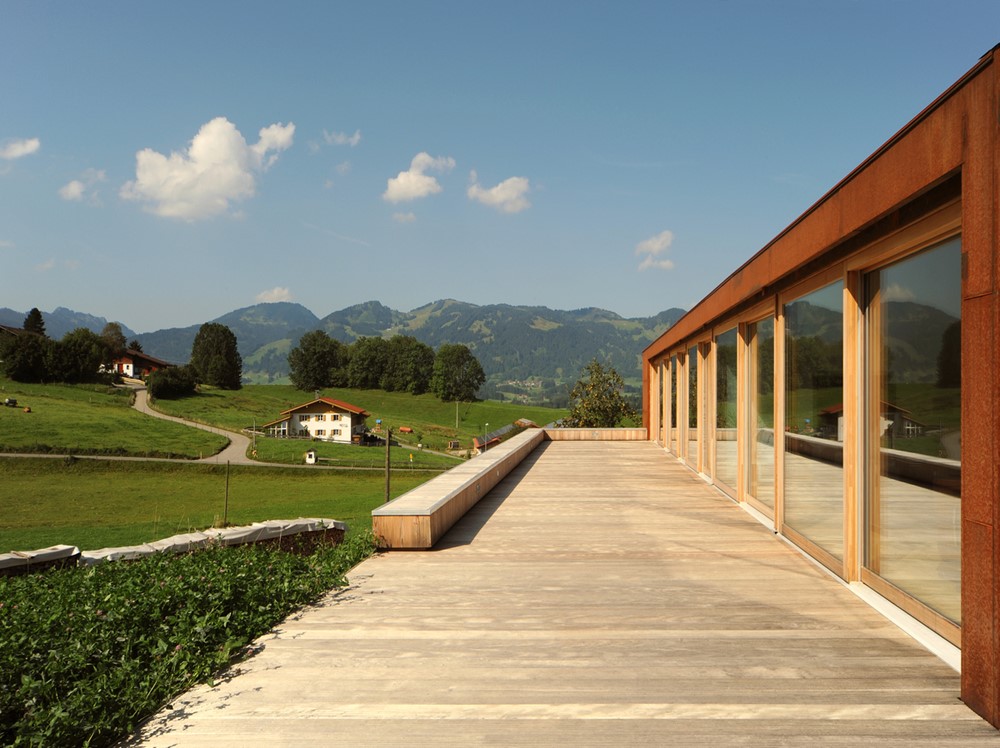 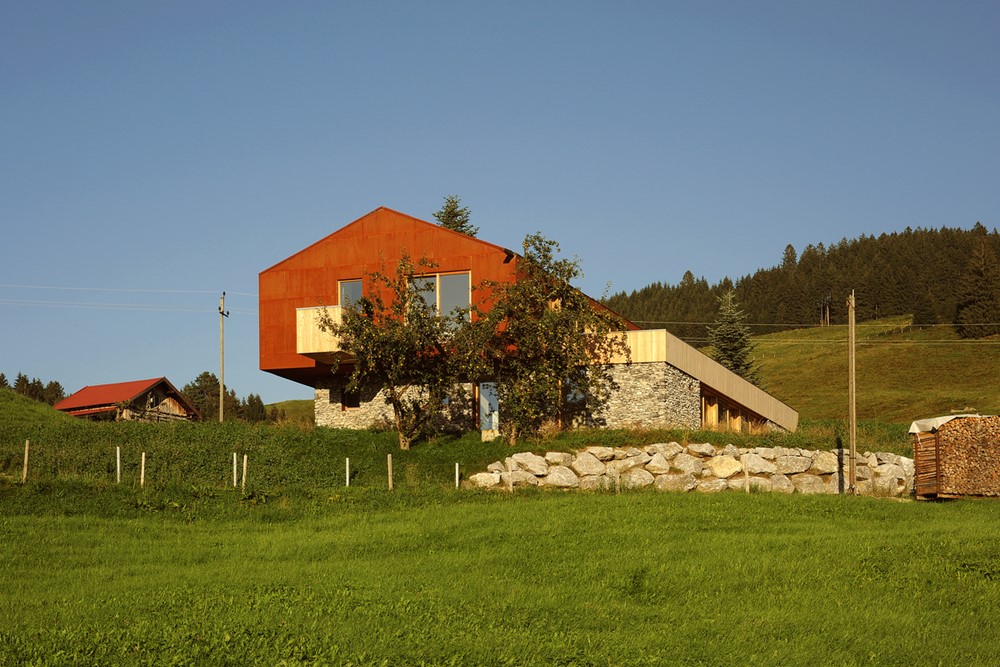 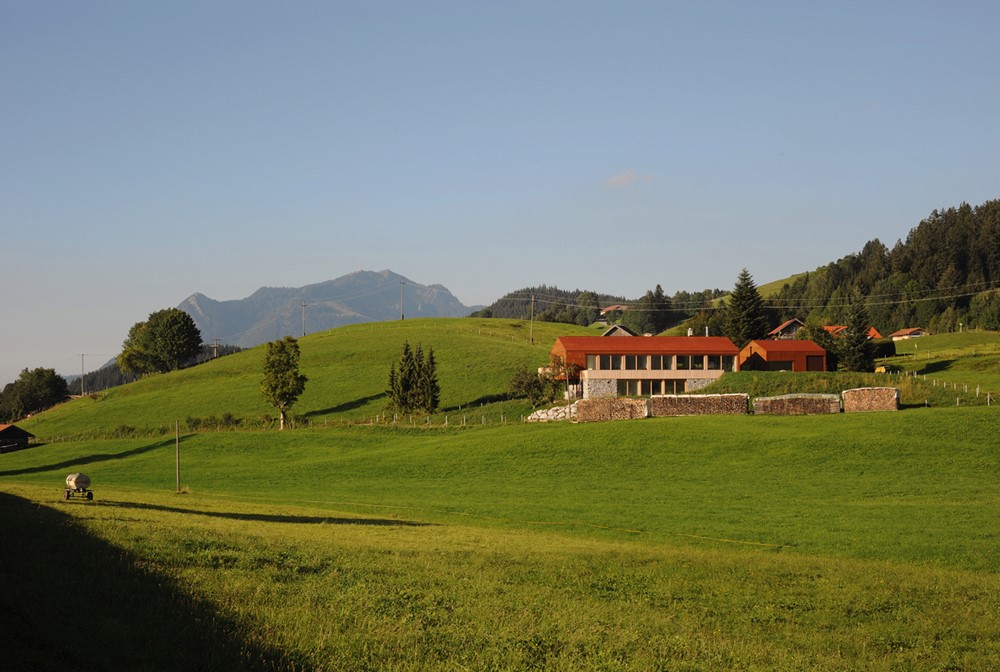 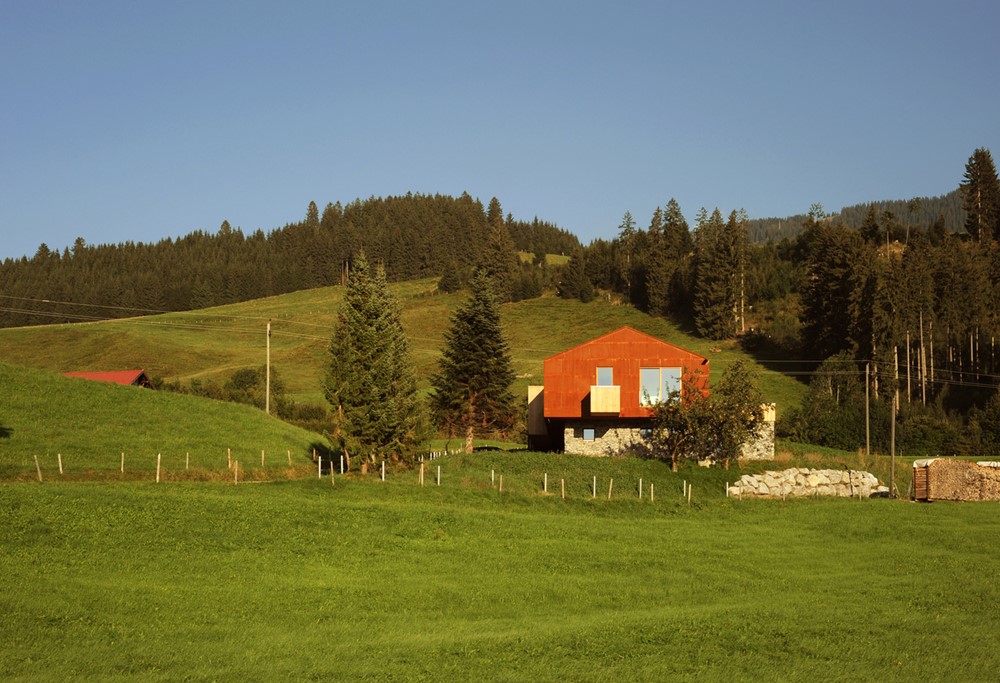 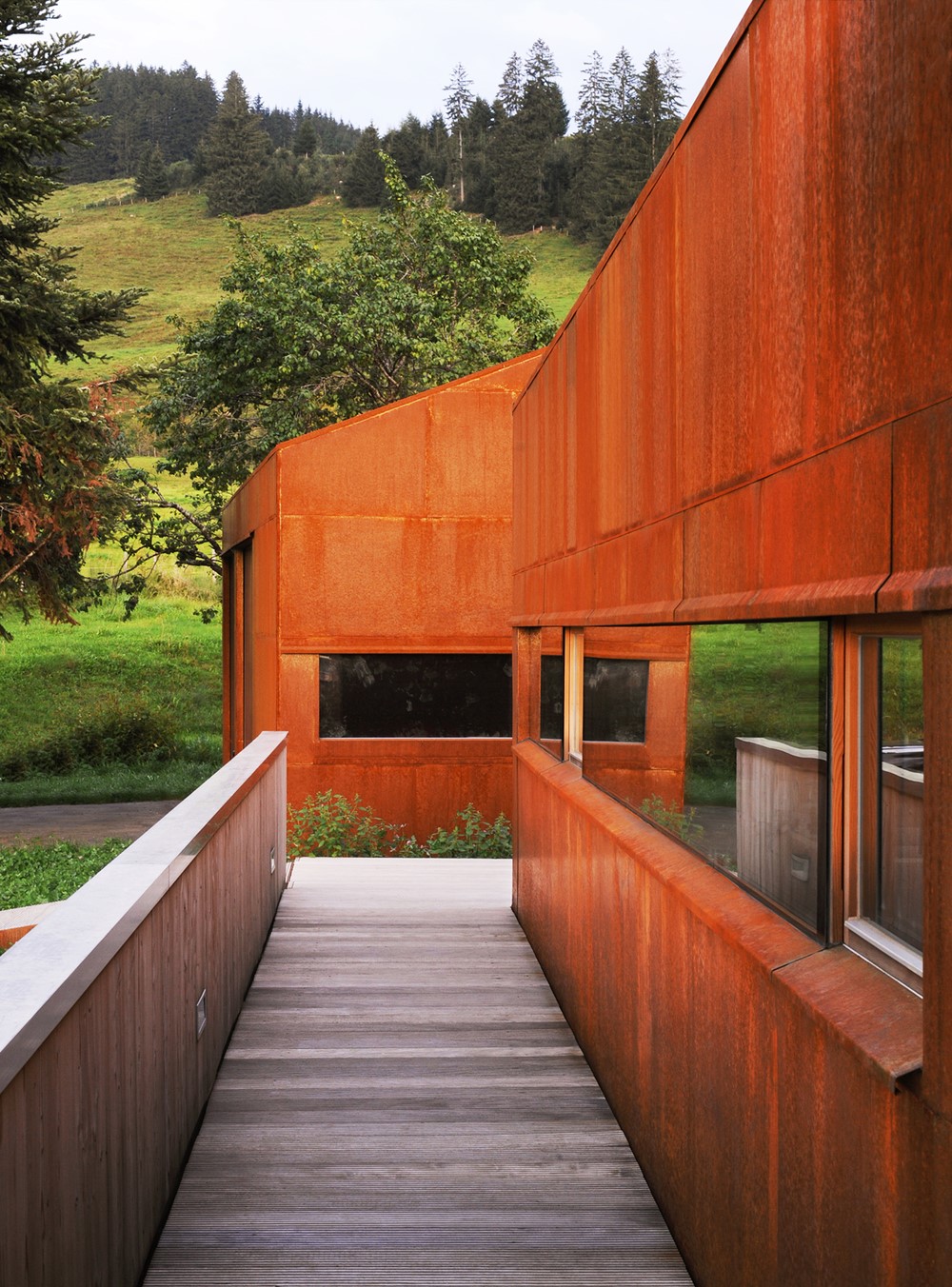 When in 2011, during the construction works, the ground started staggering under the excavator it soon became clear that something was wrong here.
A team of geologists brought certainty: a lake from the ice age extending to 18 meters of depth is located under the planned house, 15 meters long and with a consistency of liquid rock sludge. It was a real challenge that caused the architect quite a headache and a building freeze. Today the house which is made of a wooden panel construction is standing well grounded on 24 ductile cast piles.

It was not his true intention to build a house of such size here in his old homeland. To begin with, a project with friends was envisaged who meant to rebuild and occupy the former house from the 40s. Zwick liked the idea of constructing a kind of summer cottage next to it, in order to use as lodging during skiing or summer vacations.
The friends pulled out, and the concept changed. Today, in the midst of green clover meadows a modern and urbanized architectural house can be seen which wondrously embeds into the nature by means of the autumnal colors of the constantly transforming corten steel.

In its formal design the house is an affectionate response to the nearby situated hayricks appearing as if someone had placed them higgledy-piggledy into the deep Allgäu meadows. “I really like these cabins, they are a piece of home for me and that is what I wanted to integrate into my design”, says the architect.

The house absorbs the hilly movement of its surrounding. In the massive lower part of the structure, with its natural stone facade from the local Grünten stone pit, one may find the guest apartment, the ski cellar and the garage. Here, Zwick also likes to use the combined kitchen and living room which is oriented towards south with the huge panorama windows and the wooden terrace as music room to which he often adjourns with his brothers and a bottle of wine. “We are playing a lot of old tunes and we do that quite loud! Out here, nobody is bothered – that is fantastic”, Zwick is swooning. Meanwhile, In the upper part of the house which projects beyond the lower floor and which is all around covered with corten steel, the family members make themselves comfortable.
Cooking takes place on the kitchenette measuring eight meters, dinner is taken on the large table and in winter the double-sided glass fireplace is crackling and burning. Living and eating is separated by it but at the same time it connects both areas.
“If the sun shines all day long into the house it becomes comfortably warm. Apart from that the house is heated by means of an air heat pump. Such a pump extracts the thermal energy from the ambient atmosphere”, the landlord is explaining the concept of the low-energy house.