In scarce 122 square meters Casa Momoto by Taller Estilo Arquitectura is developed making reference in each of its details to the bird which the house is named after; the mayan blue, the neutral elements like a canvas for the color pallete in the plumage and the simplicity of its habitat. 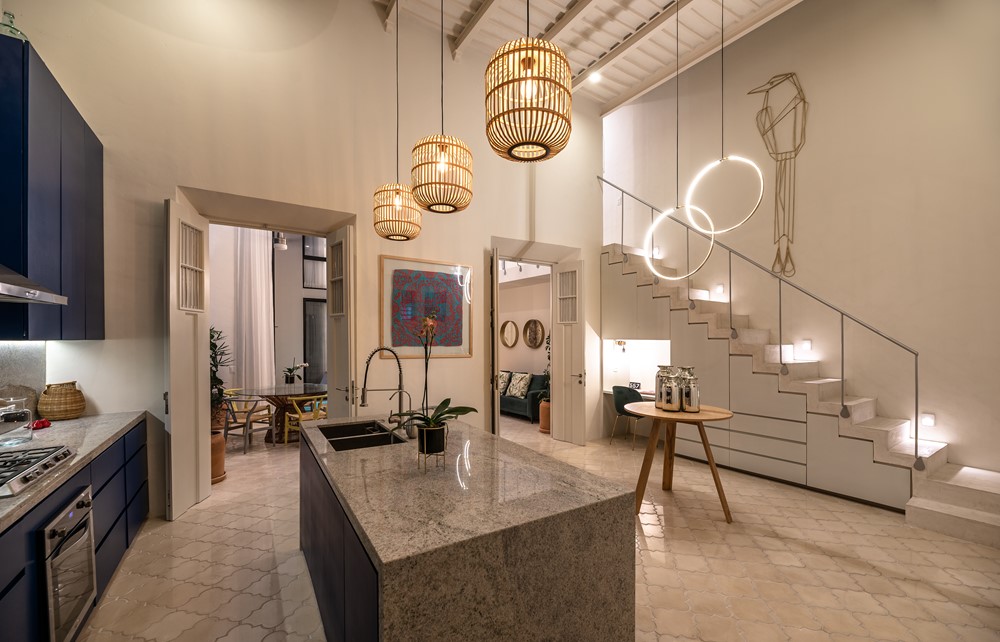 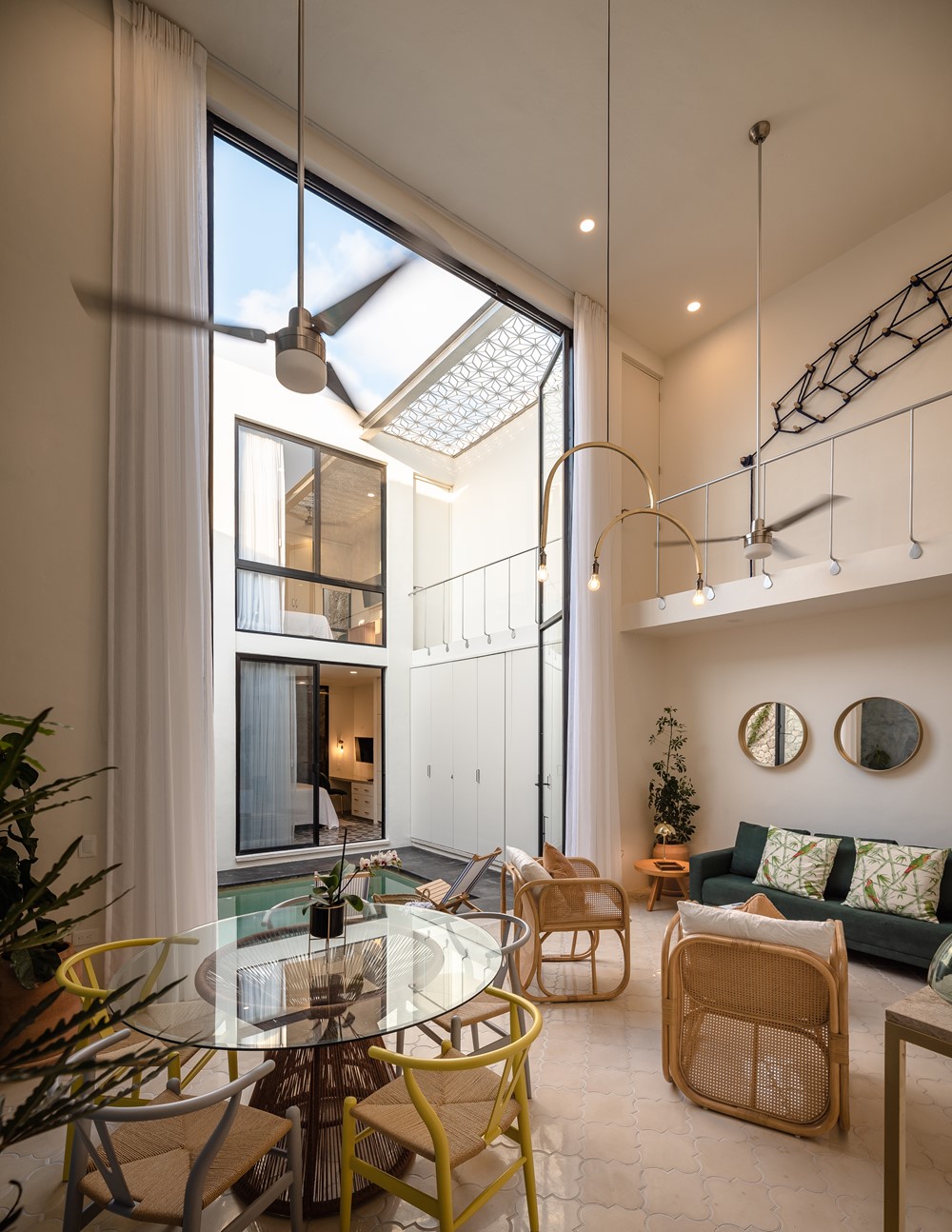 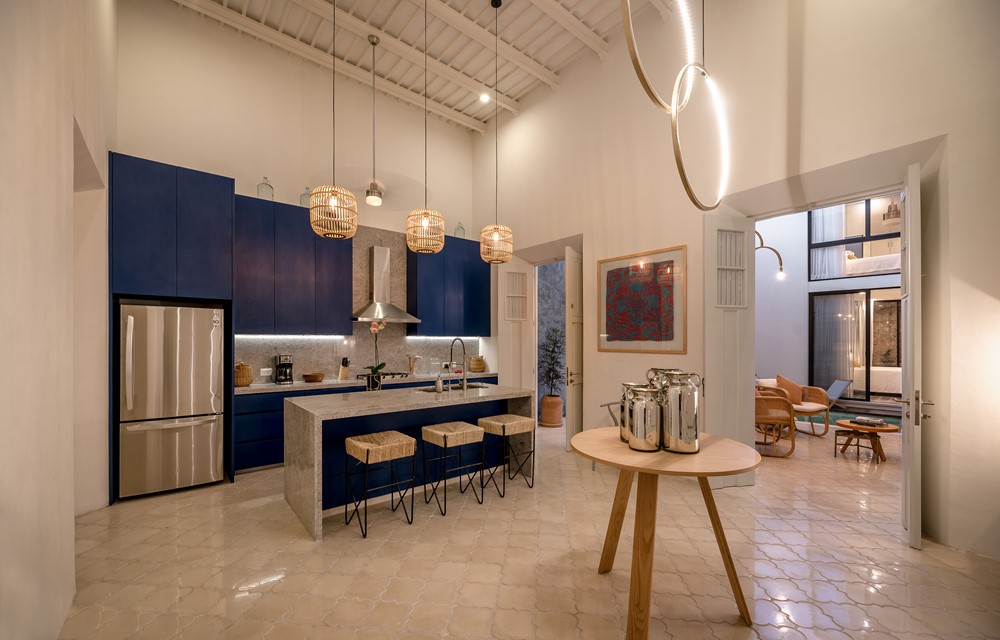 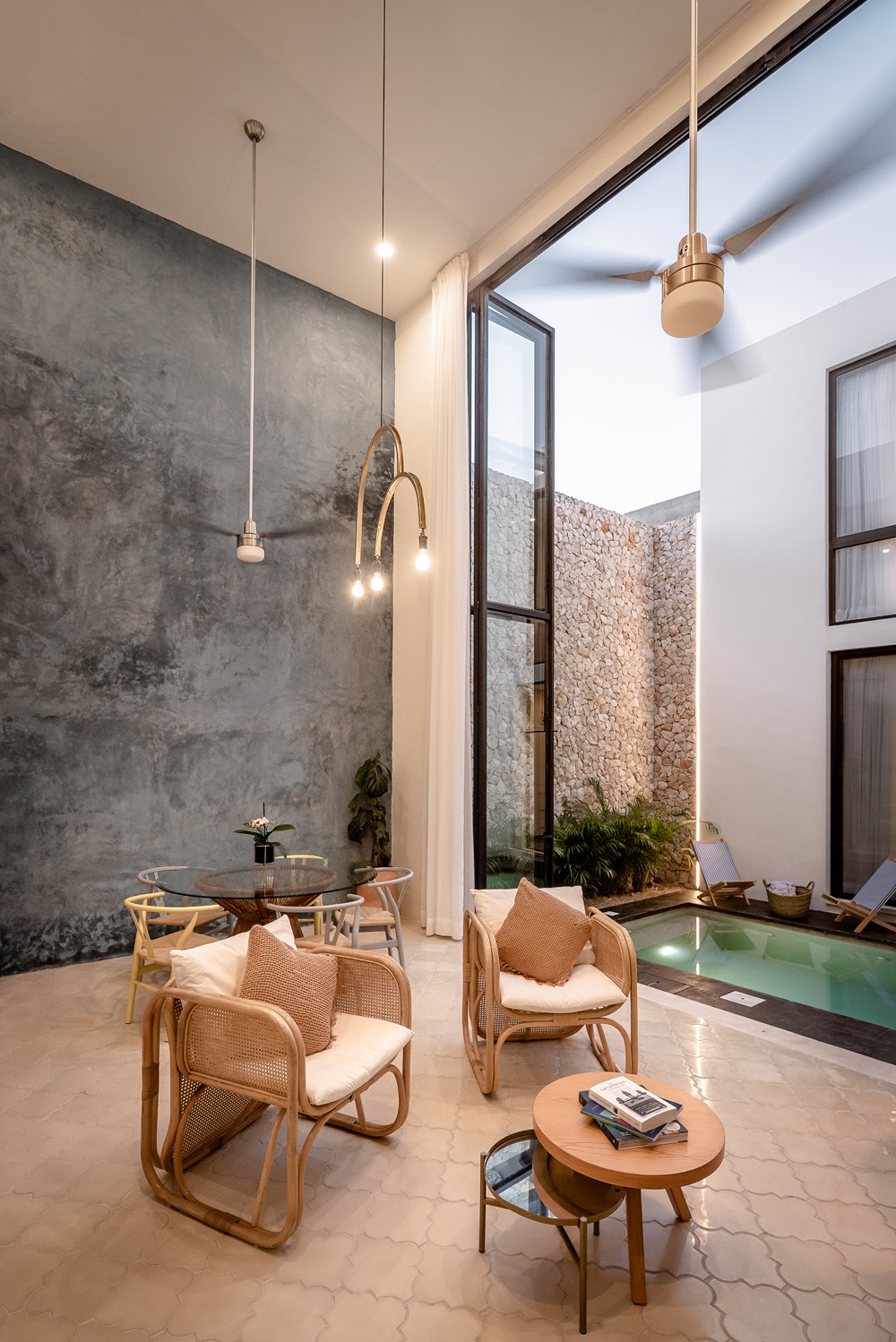 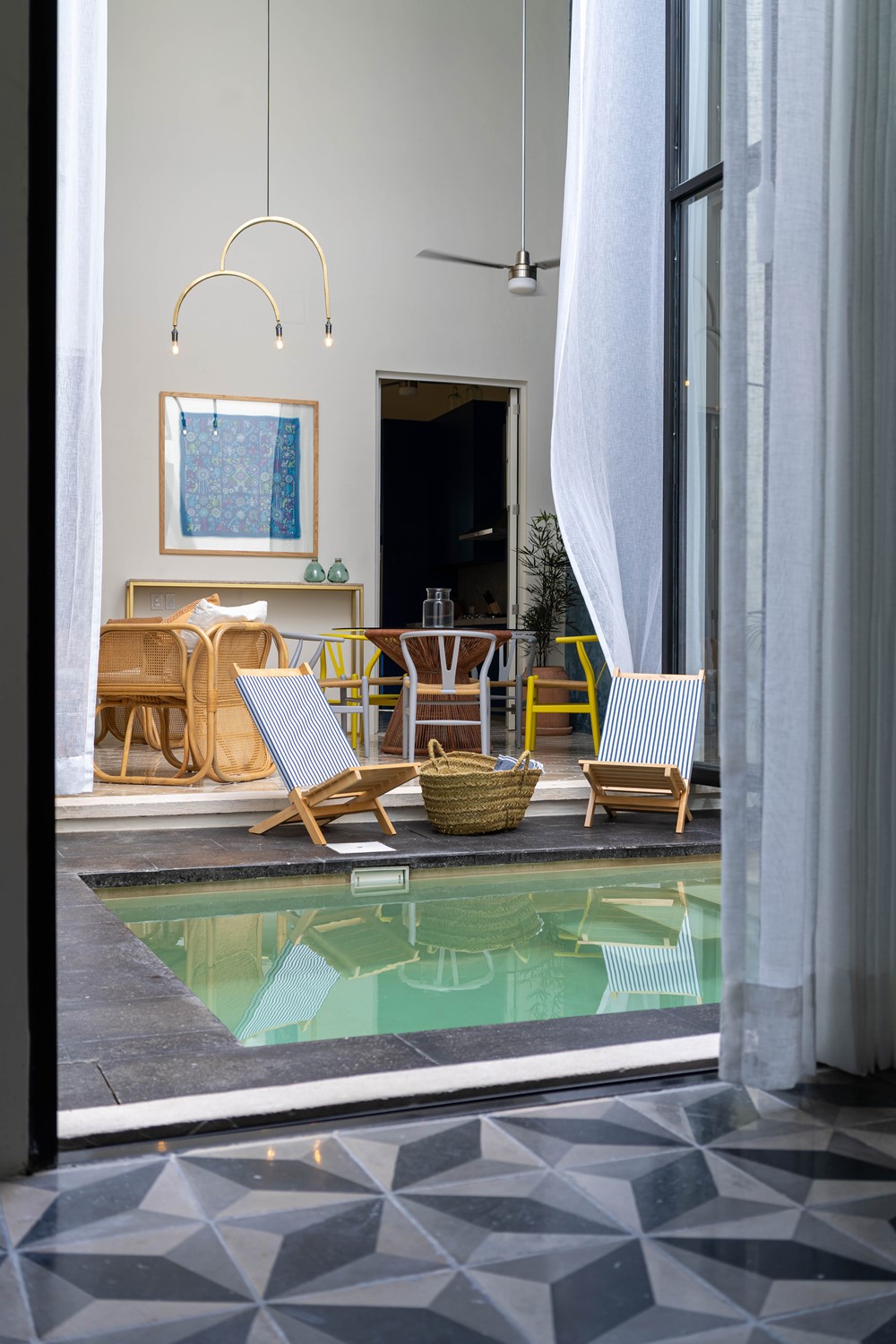 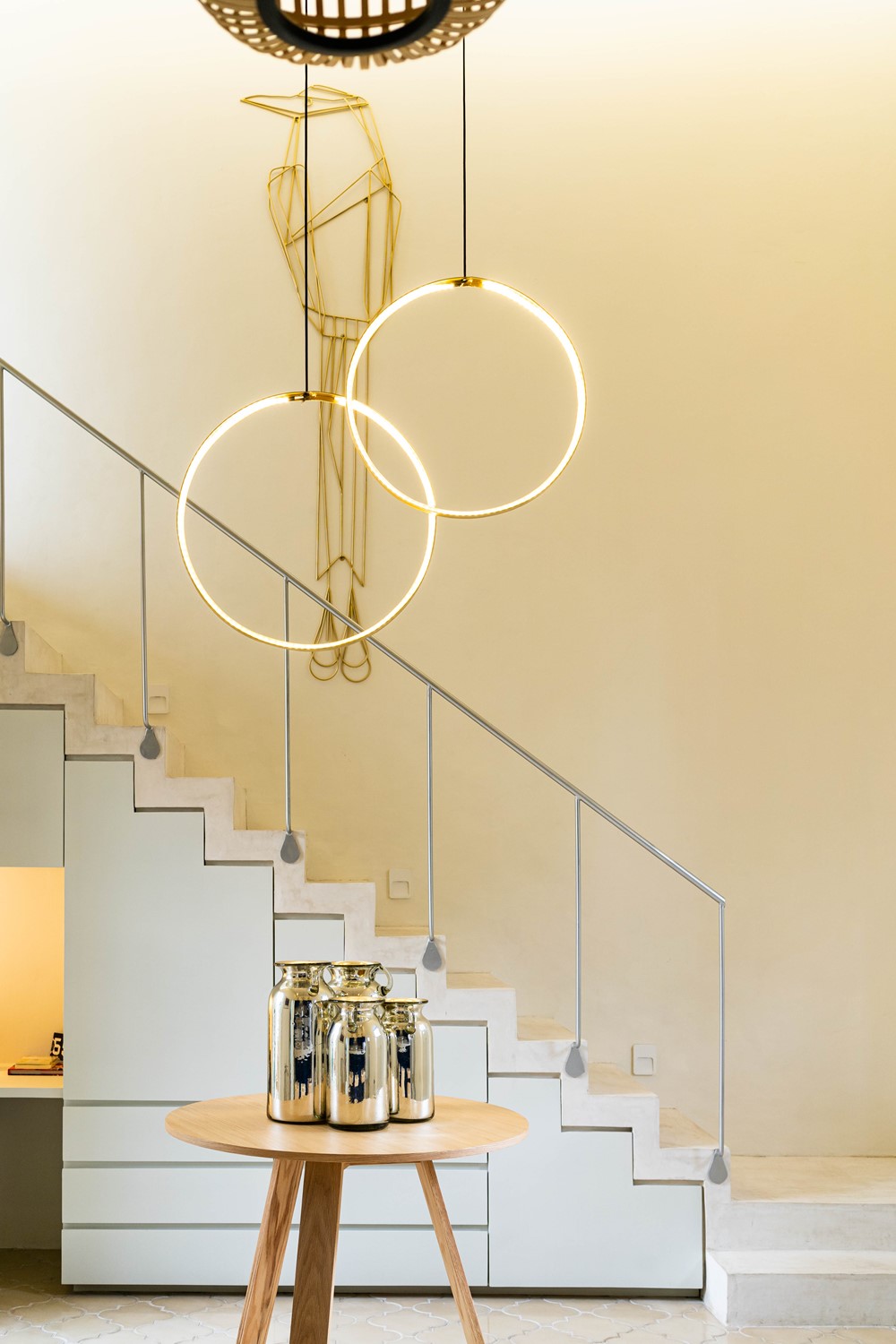 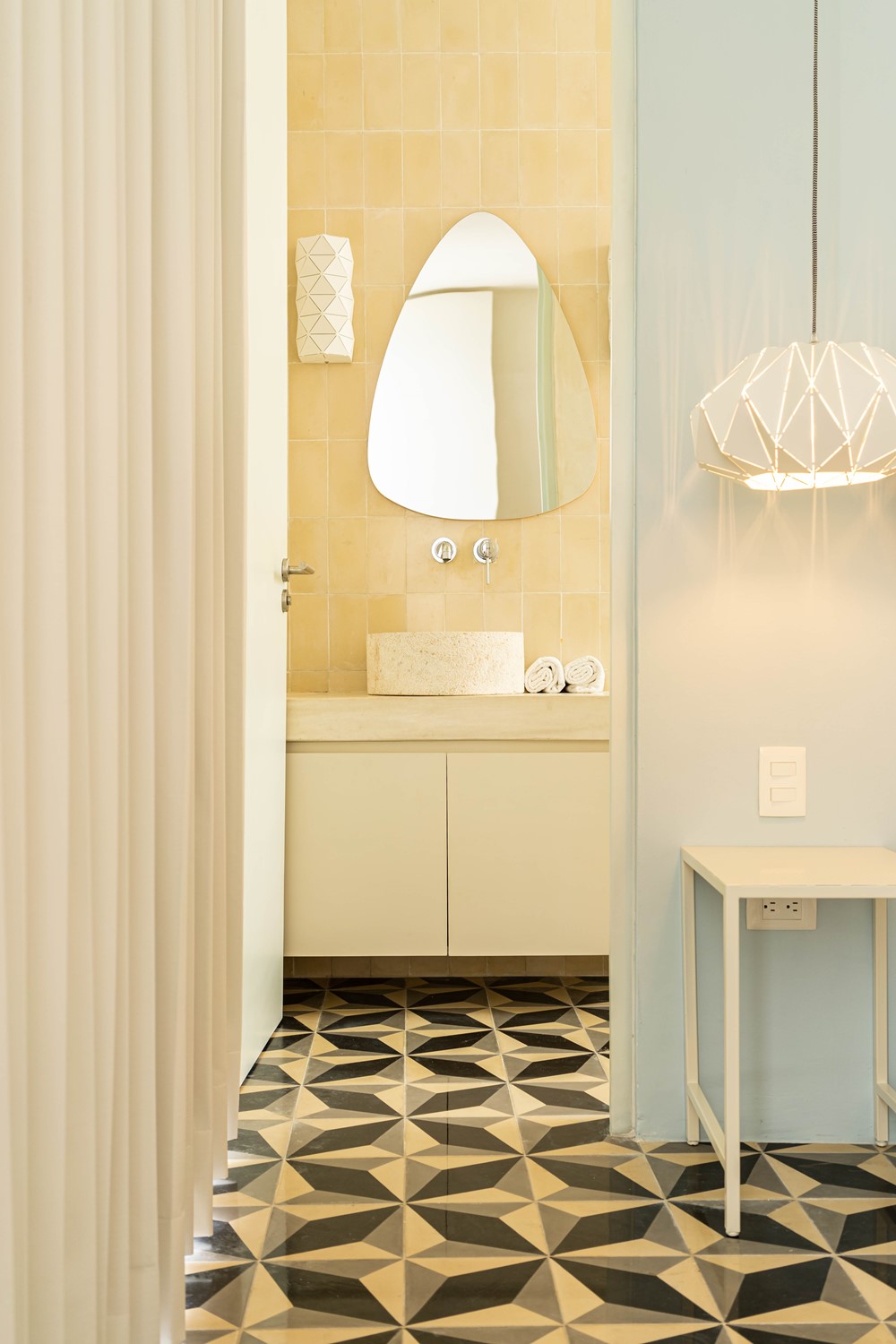 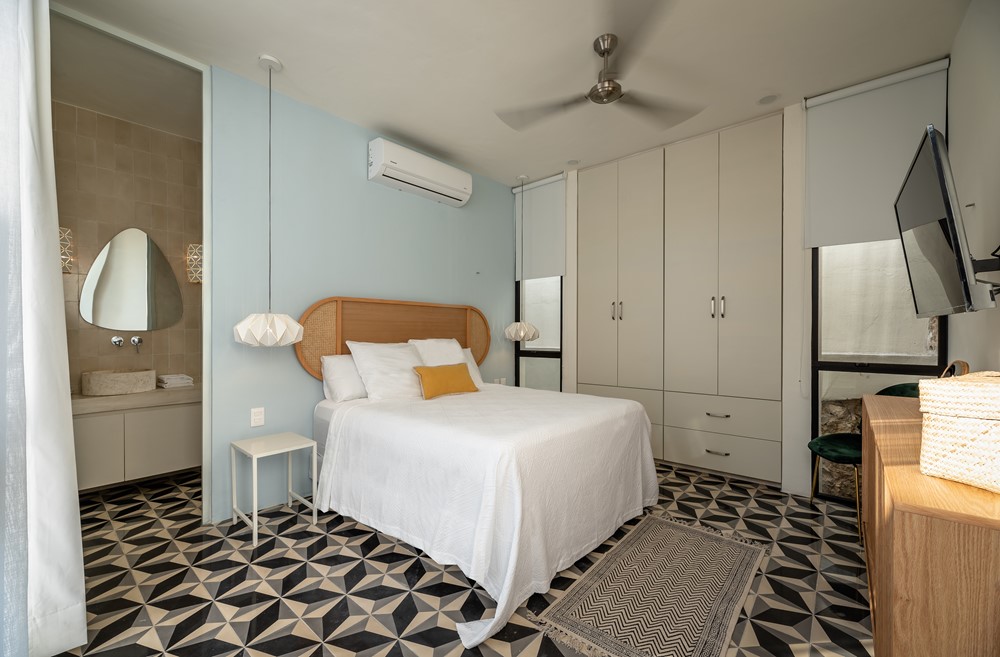 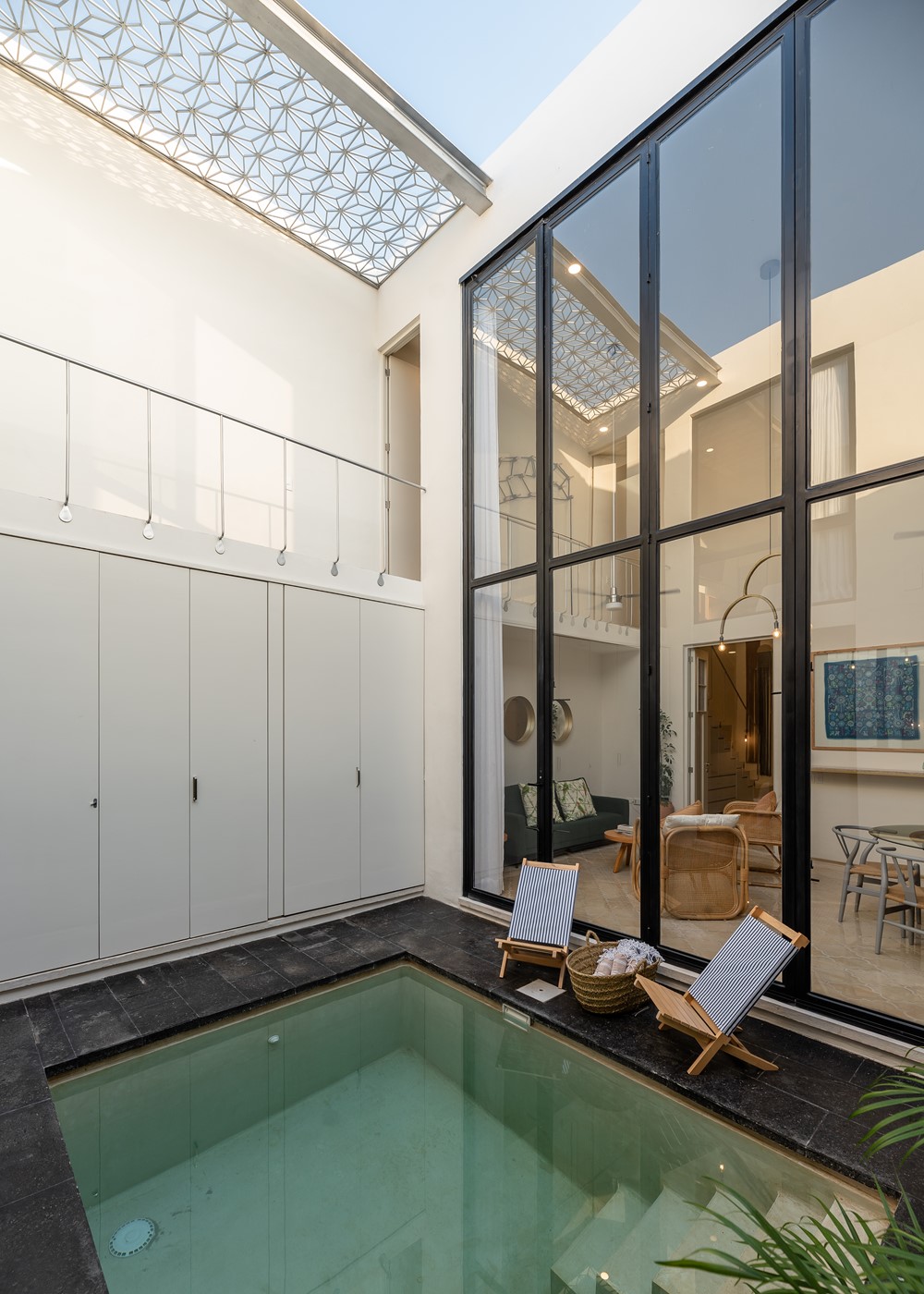 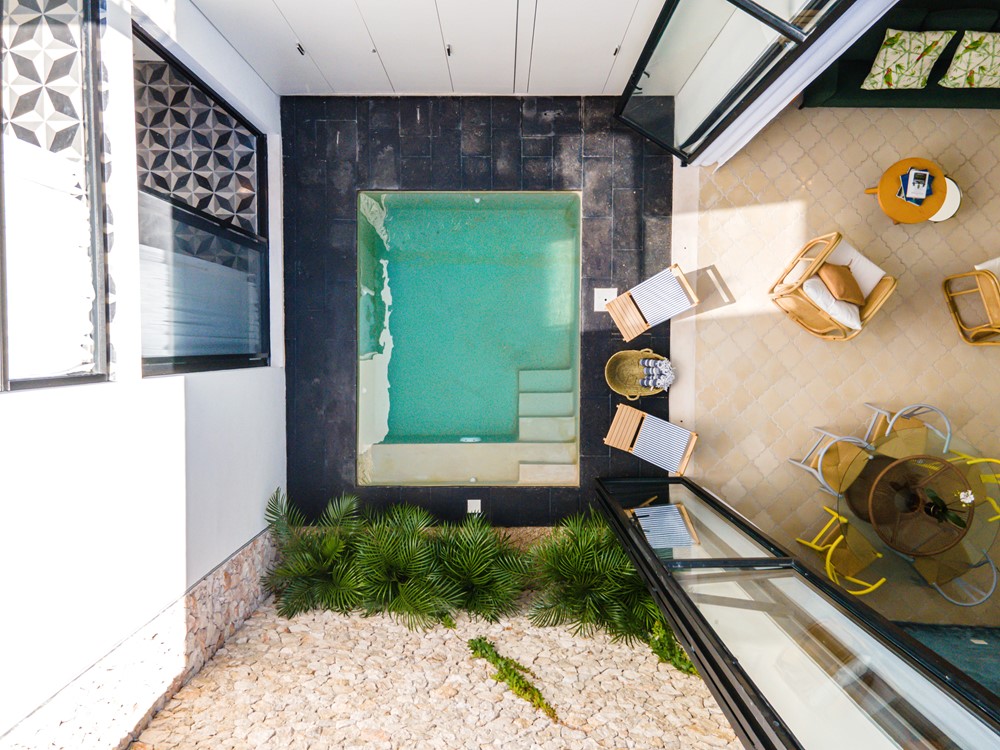 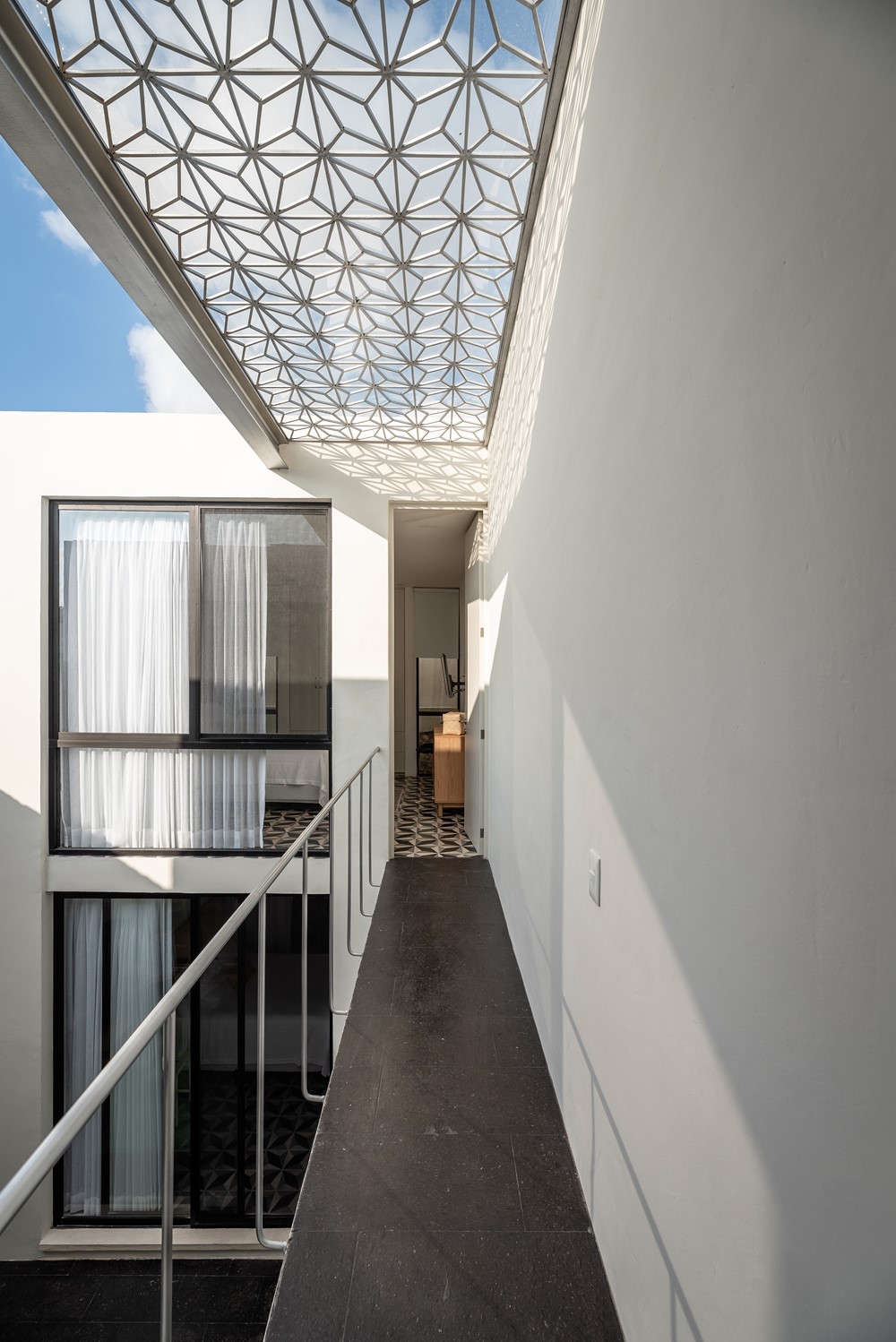 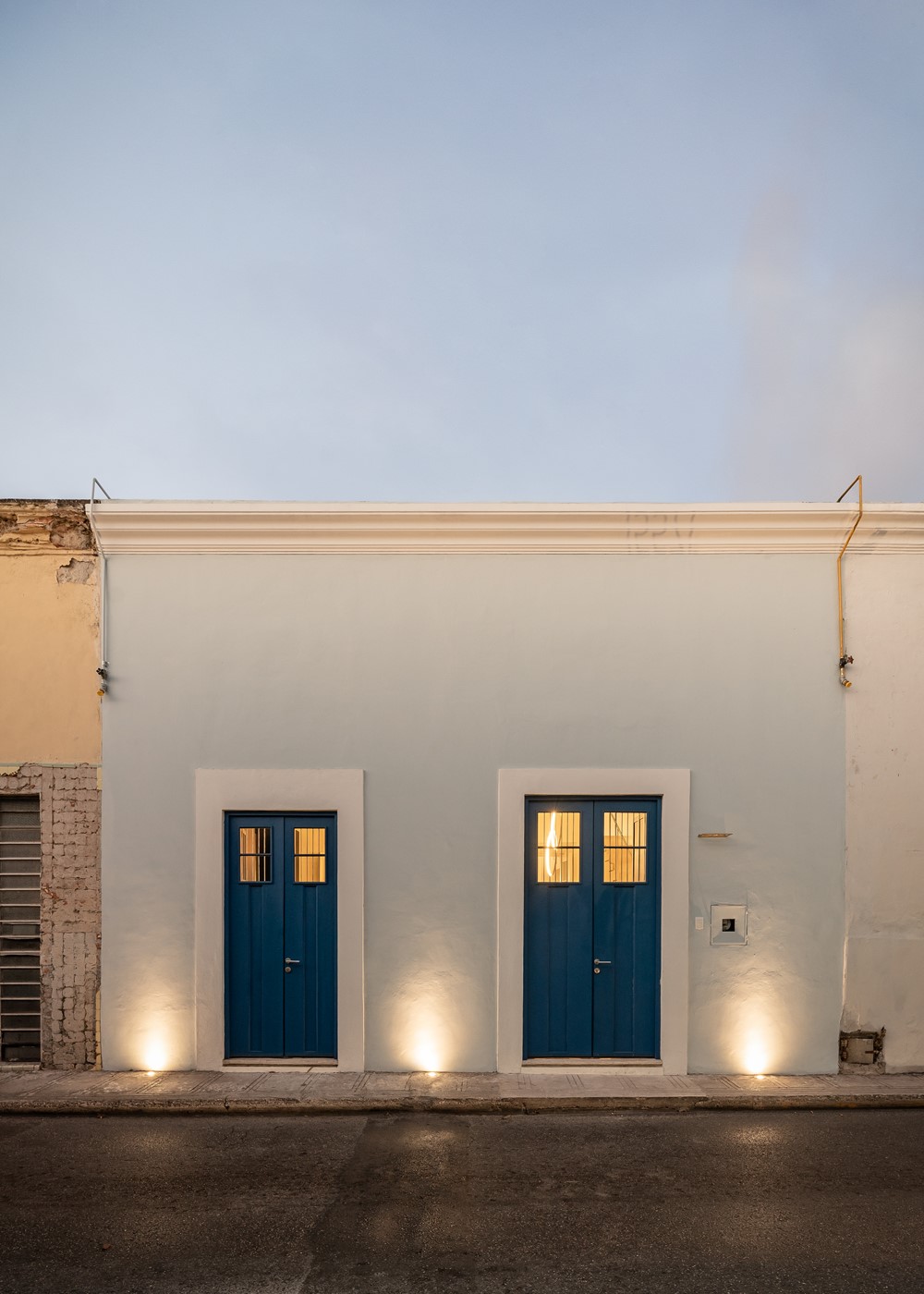 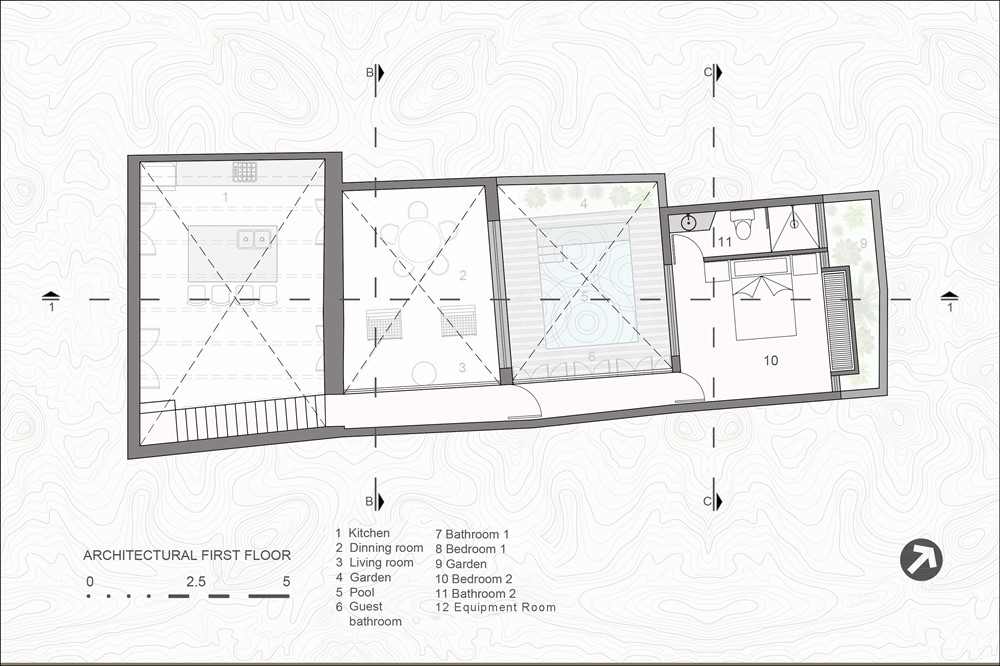 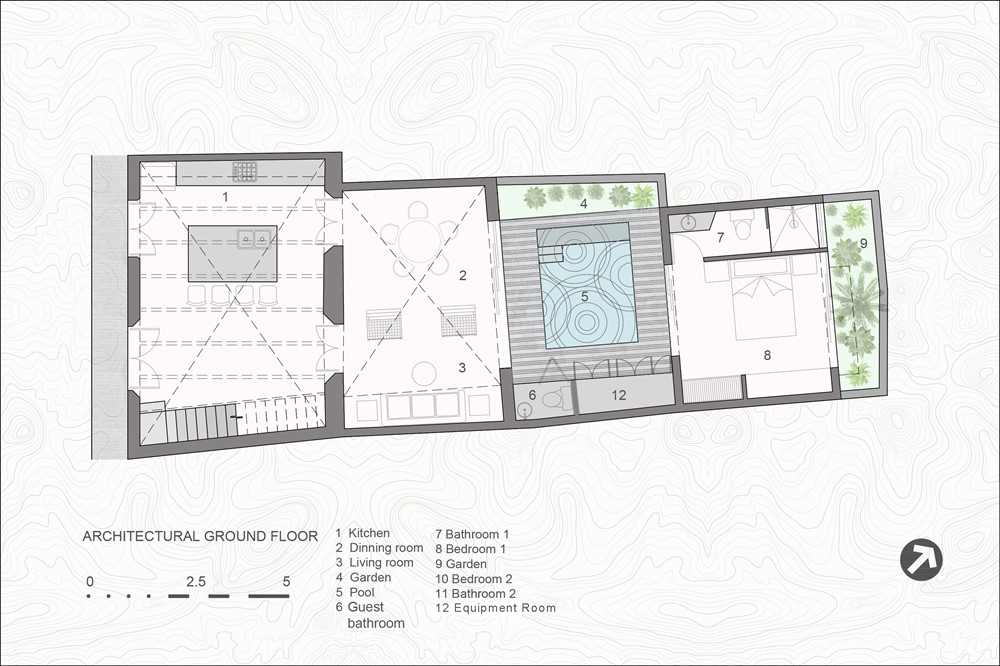 The heart of the space is a small pool that envelops the bedrooms and the common areas, making a reminiscence of the cenotes in the peninsula.

The first stage of the house belongs to a last century casona that was reinstated and restructured to contain the kitchen area, welcome lobby and staircase, that aside from connecting to the second floor it functions as a working station and storage space.

In the second stage we continue with the height of the first one, here the livingroom and diningroom were placed with this last one having as backdrop a blue pigmented cement wall working as a contrast between the neutral colors of the rest of the space, a set of huge glass doors that take up the entire height of the house can be open partially or entirely connecting the the area with the exterior in an instant.

Underneath the corridor that connects the second floor can be found a half bathroom and the Equipment room that services the house, covered in a design element that resembles the pattern of the flooring found in the original house, which can now be found in the bedrooms.

In the very back of the property we can find the bedrooms, the dispositions of each one changes based on their function and commodity, always searching to take the most advantage of natural lighting and crossed ventilation.

On the whole a living space linked in every way possible with the exterior from each of its areas, achieving for the aesthetic to complement with the rest of the elements, traditional paste flooring, natural materials of the region and design elements like the railings, the kitchen, the cover for the second floor connection corridor, cream colored mayan stone sinks, make you live the house in a sensorially way.

Casa Momoto is a mixture between tradition, art and contemporaneity for the enjoyment of the city of Merida, Yucatan, Mexico.