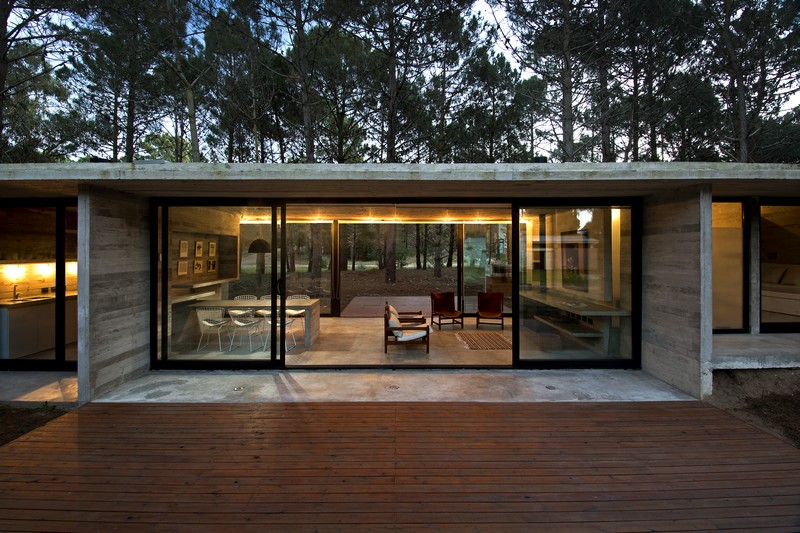 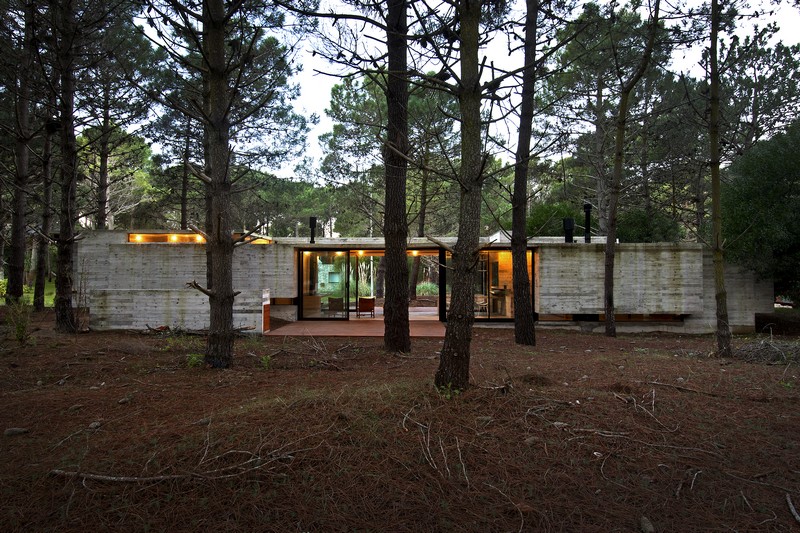 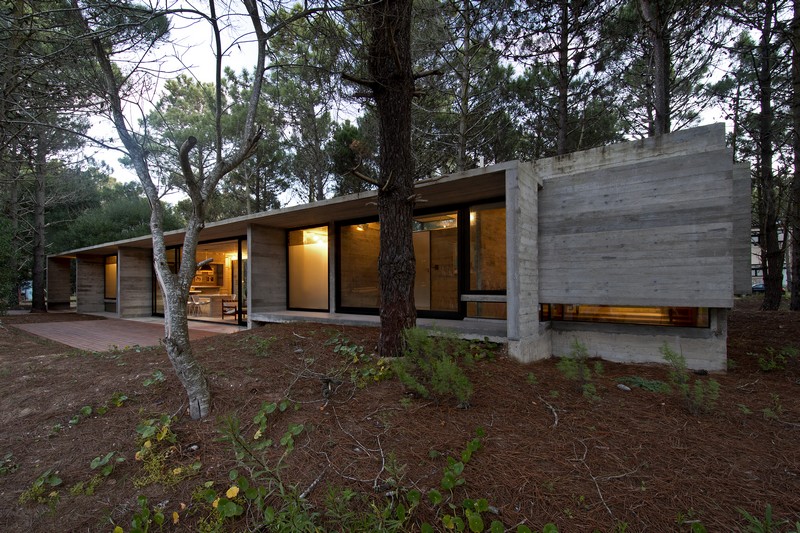 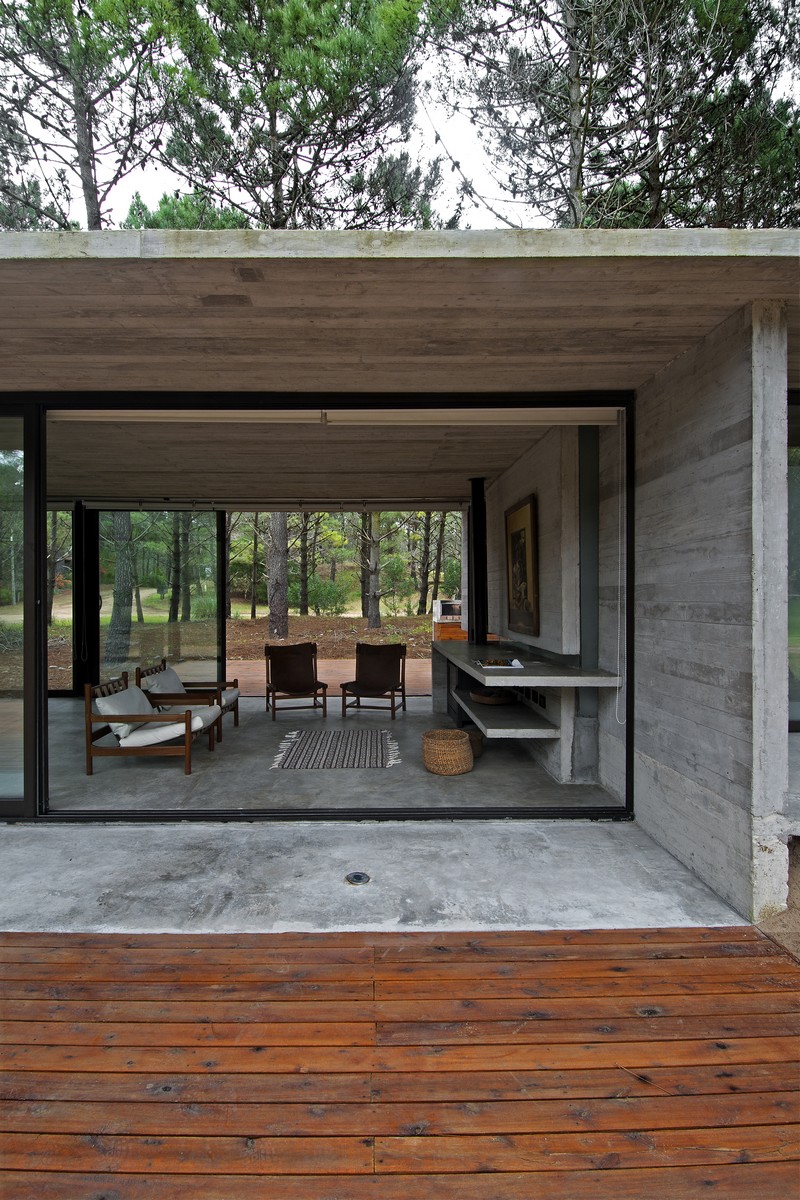 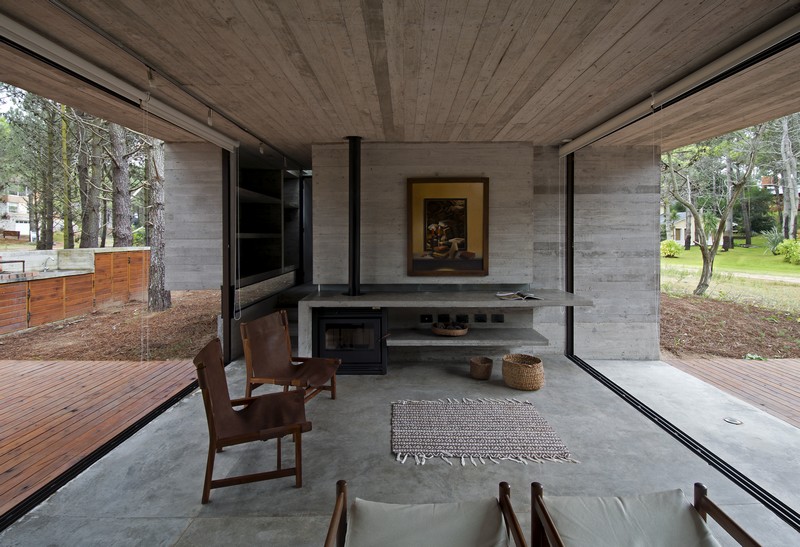 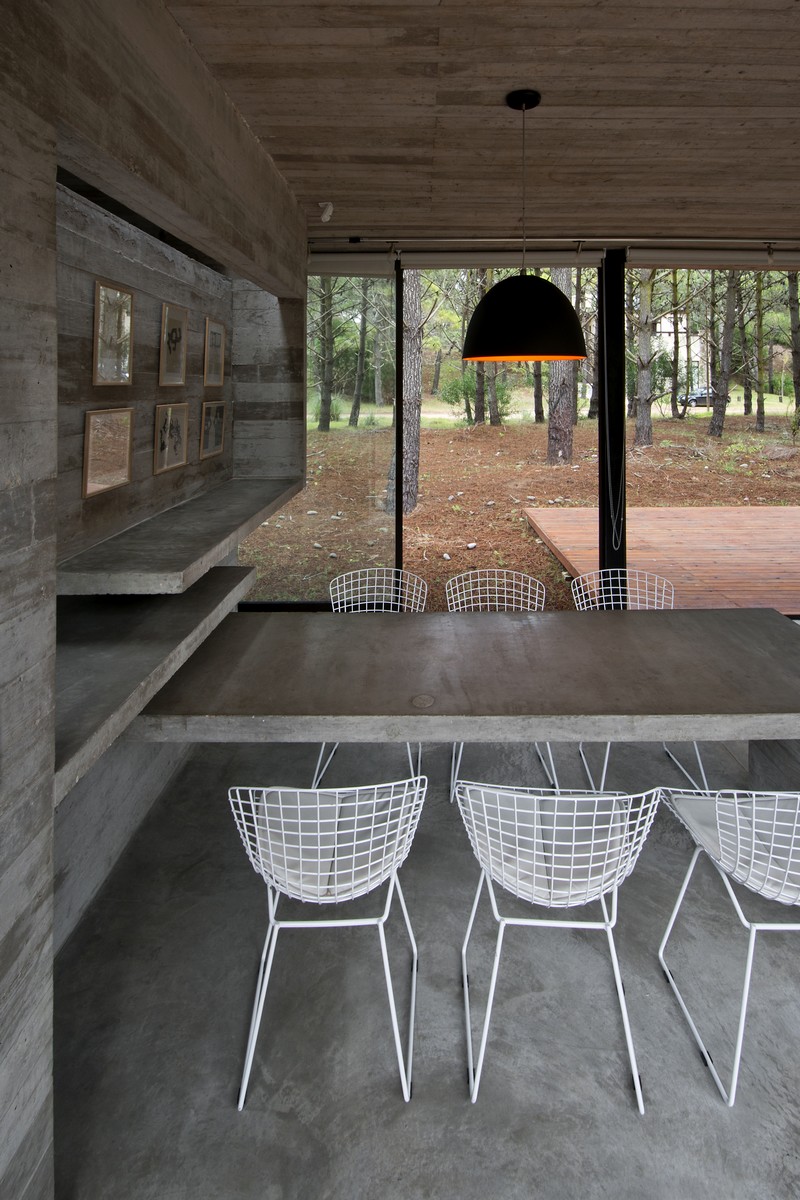 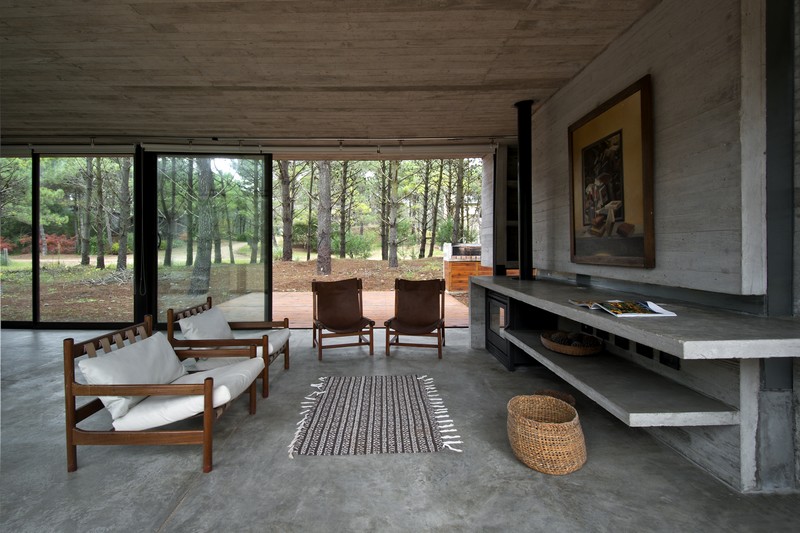 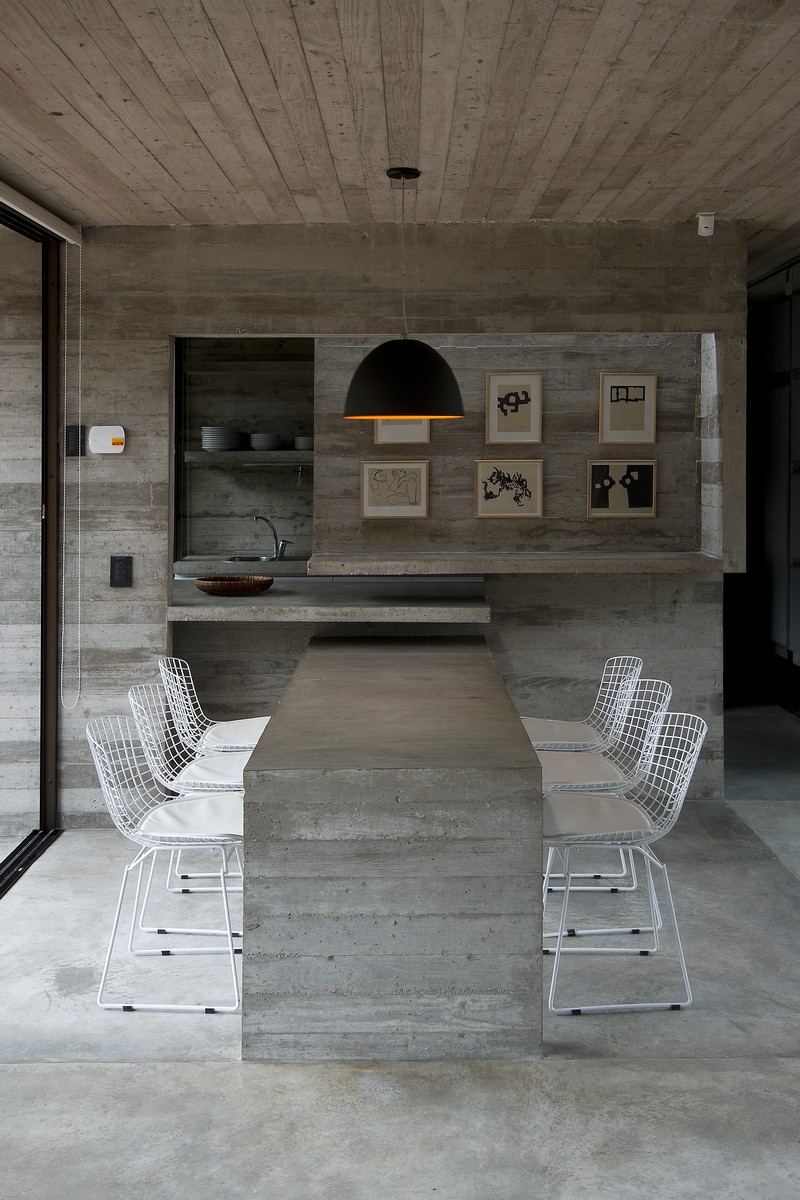 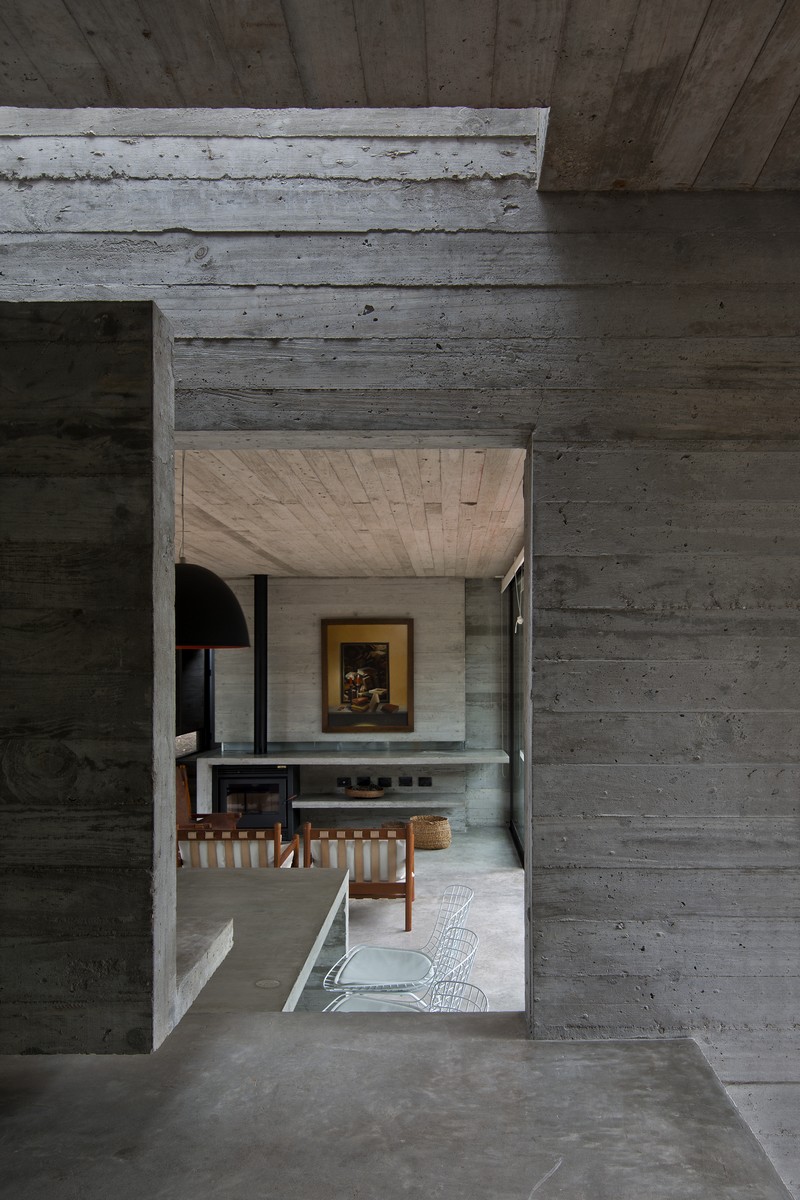 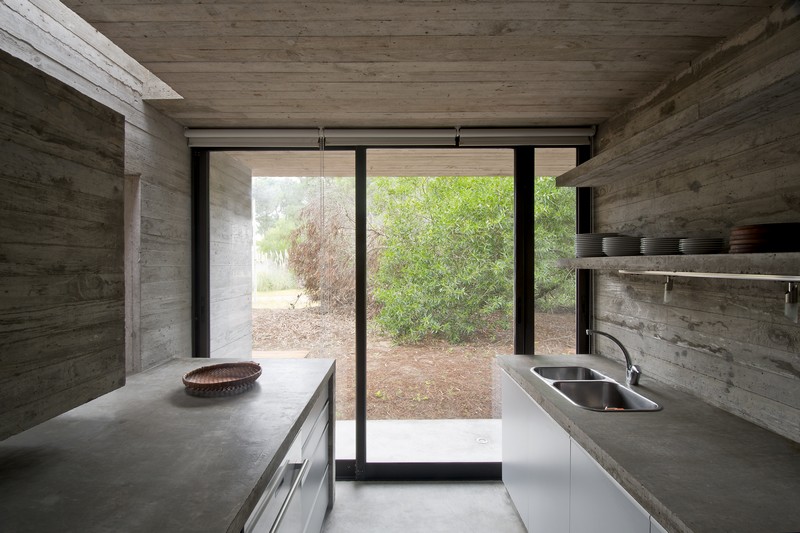 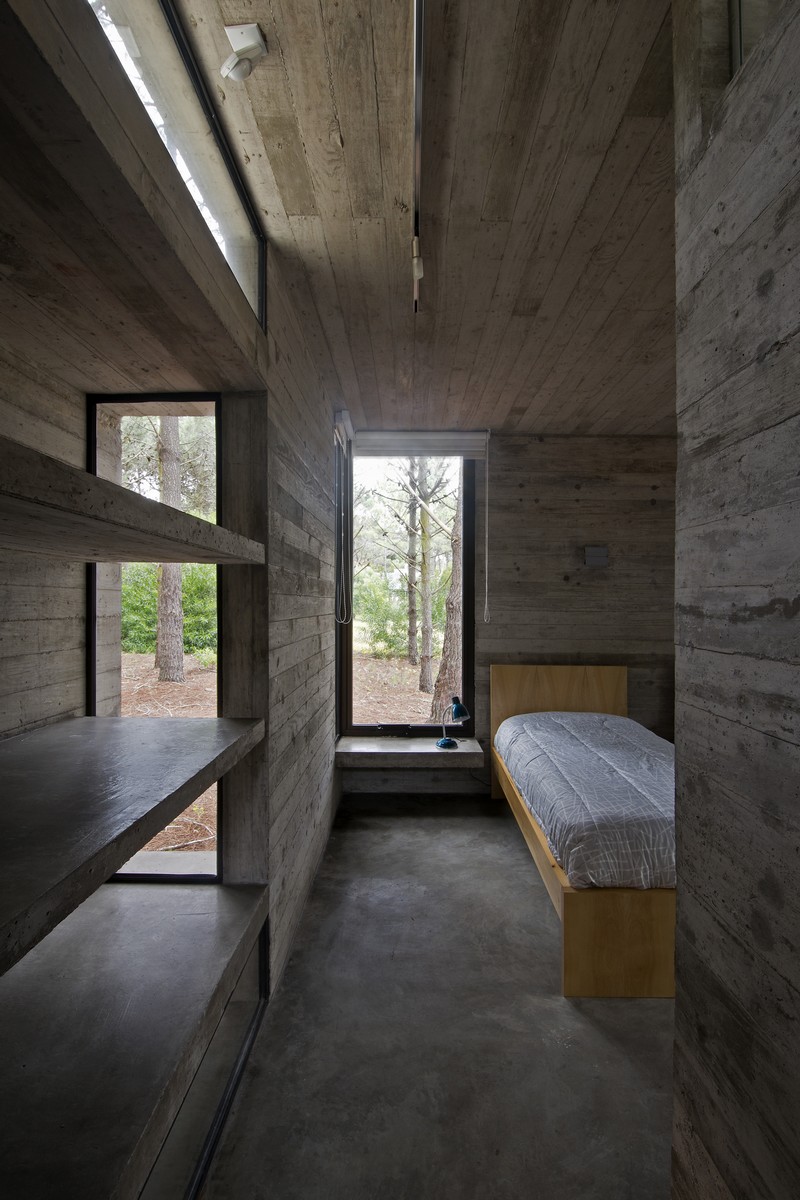 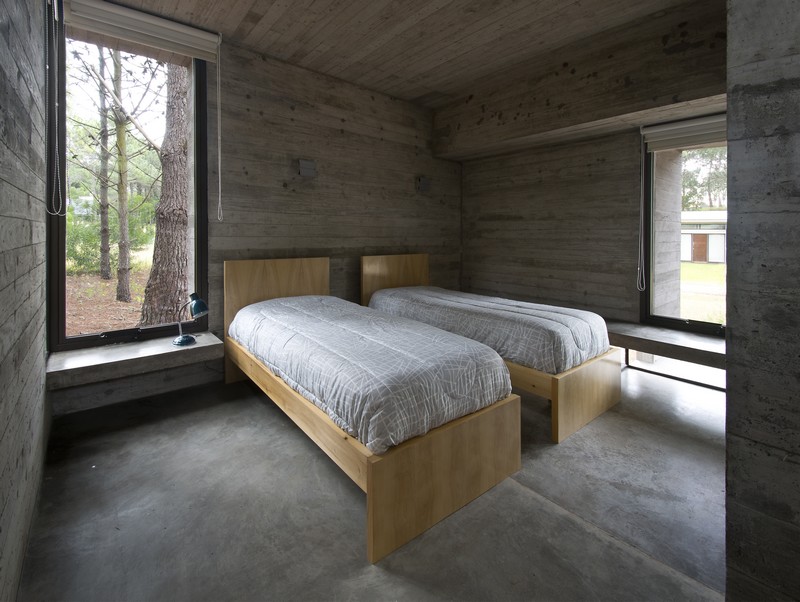 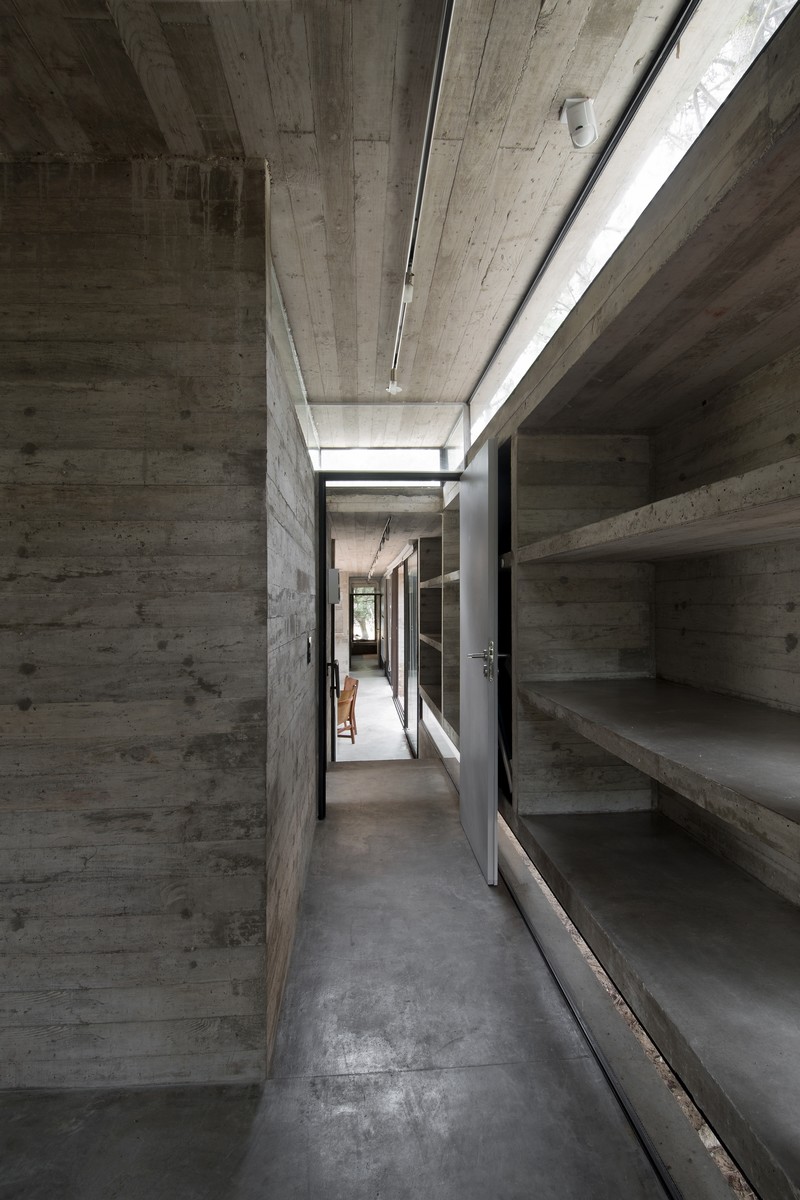 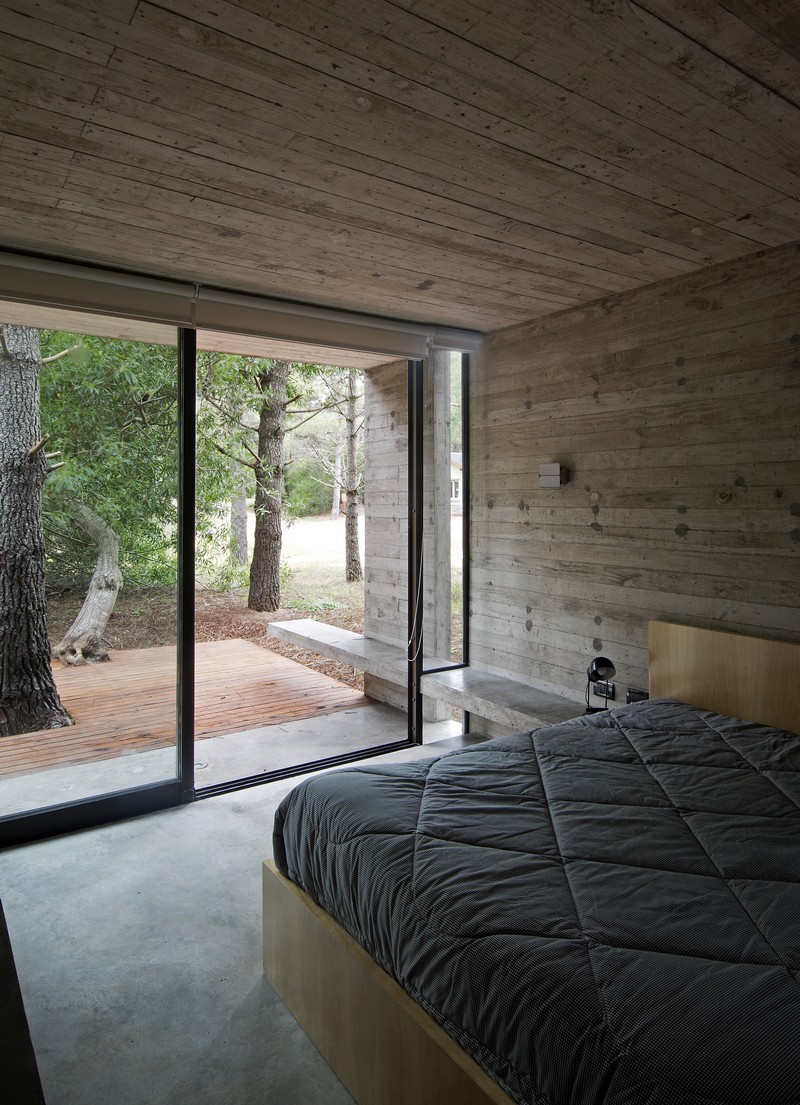 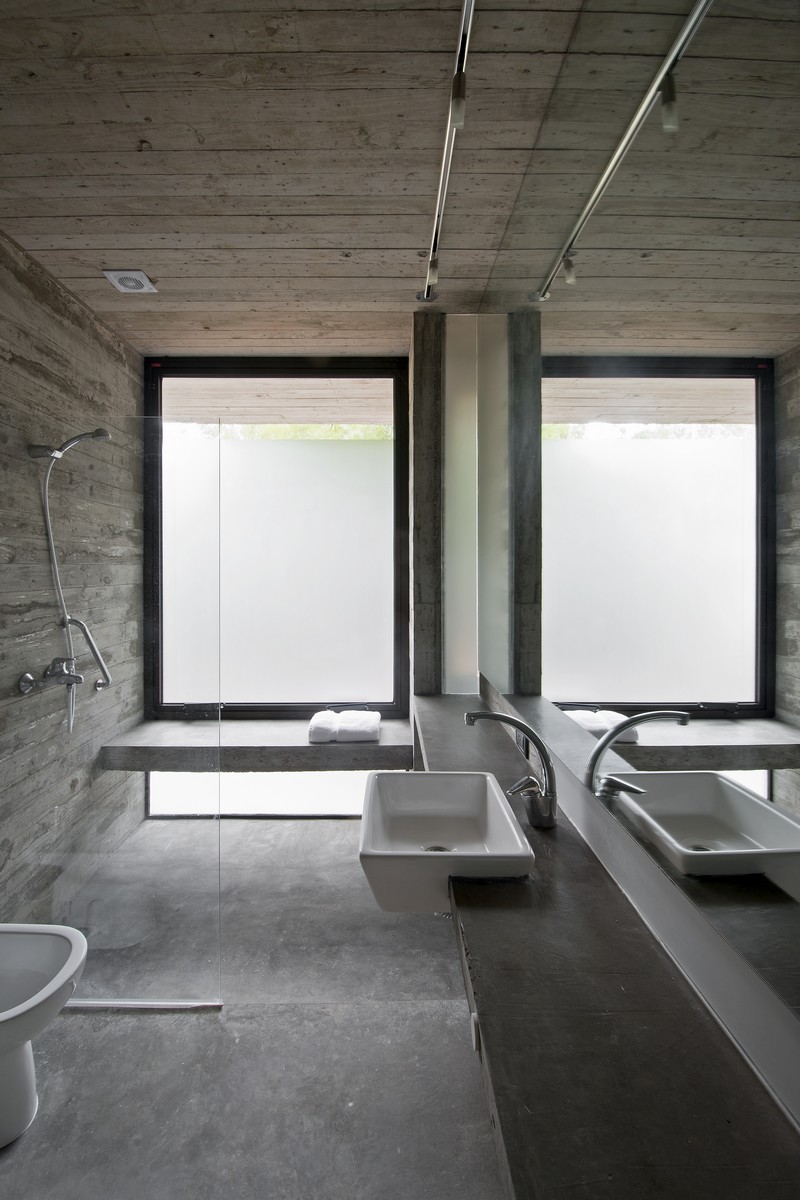 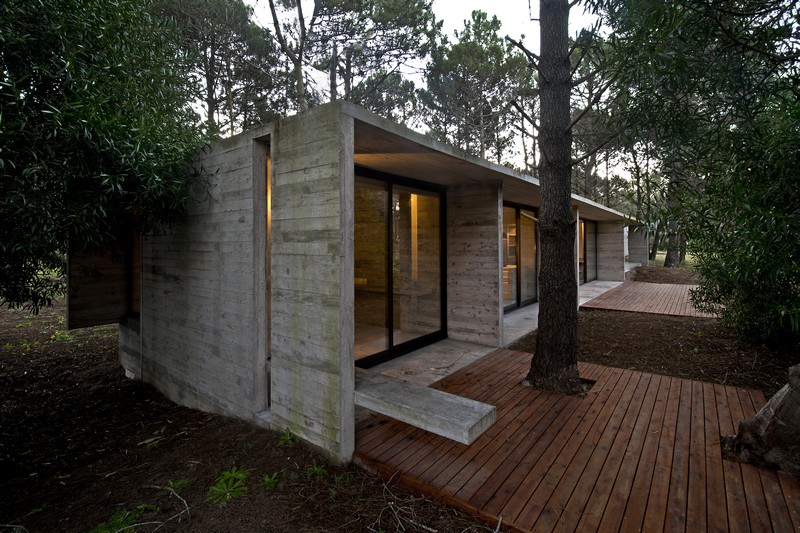 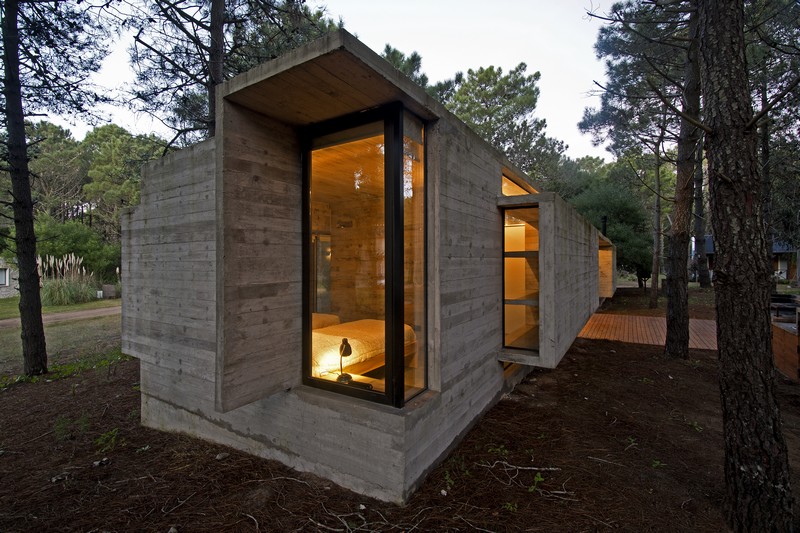 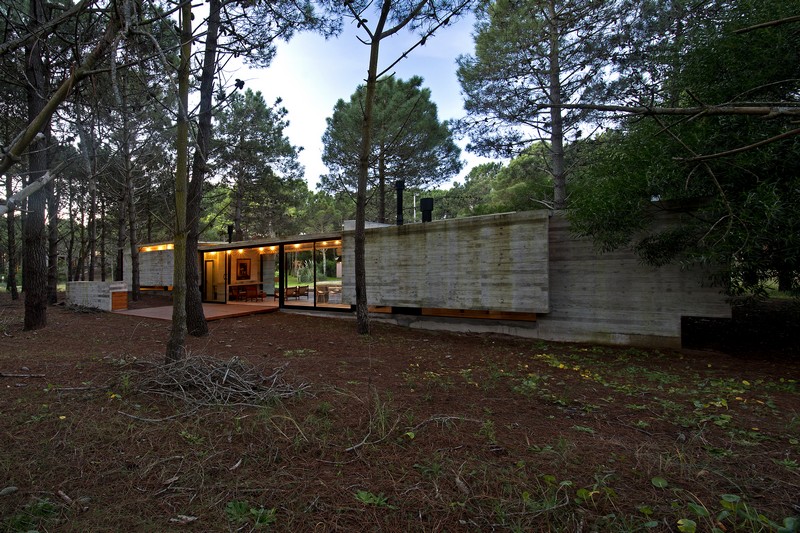 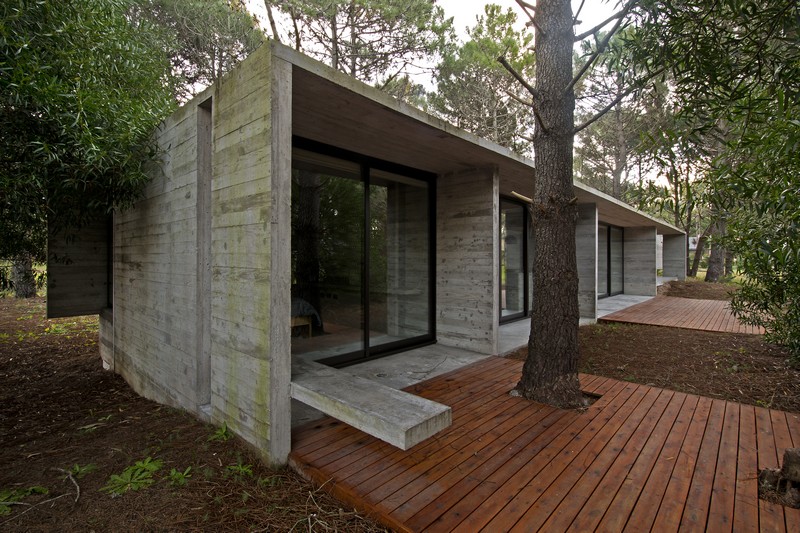 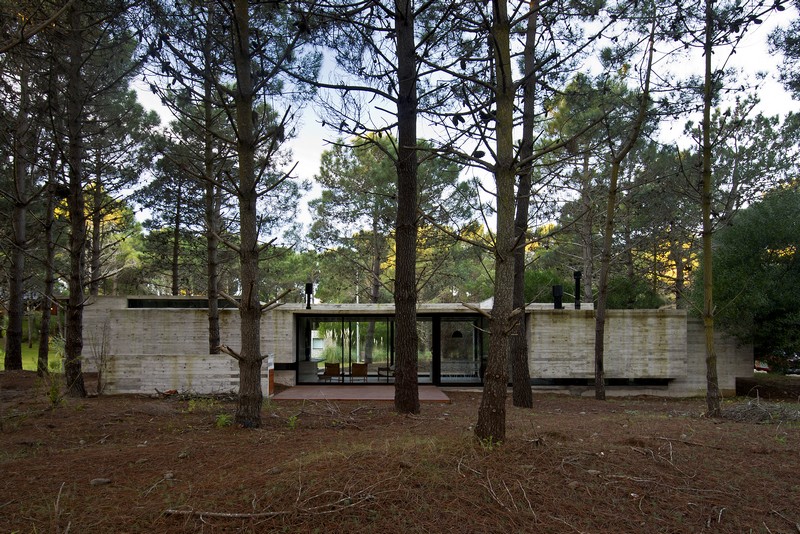 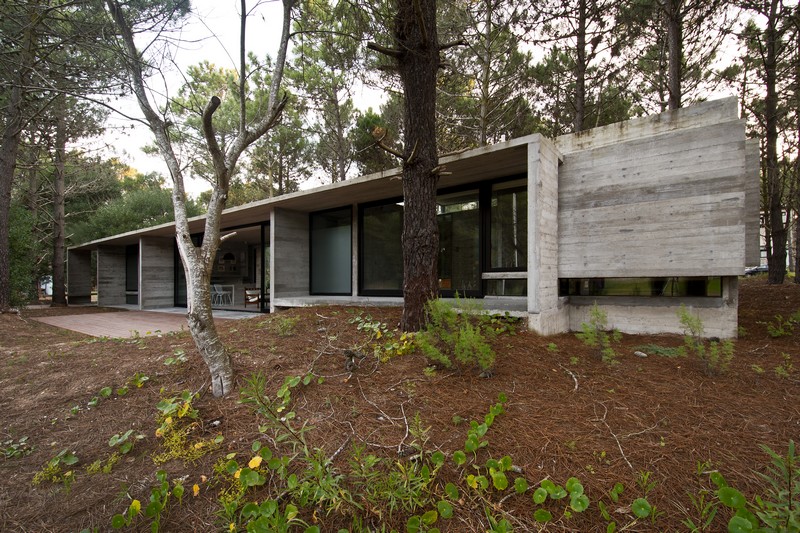 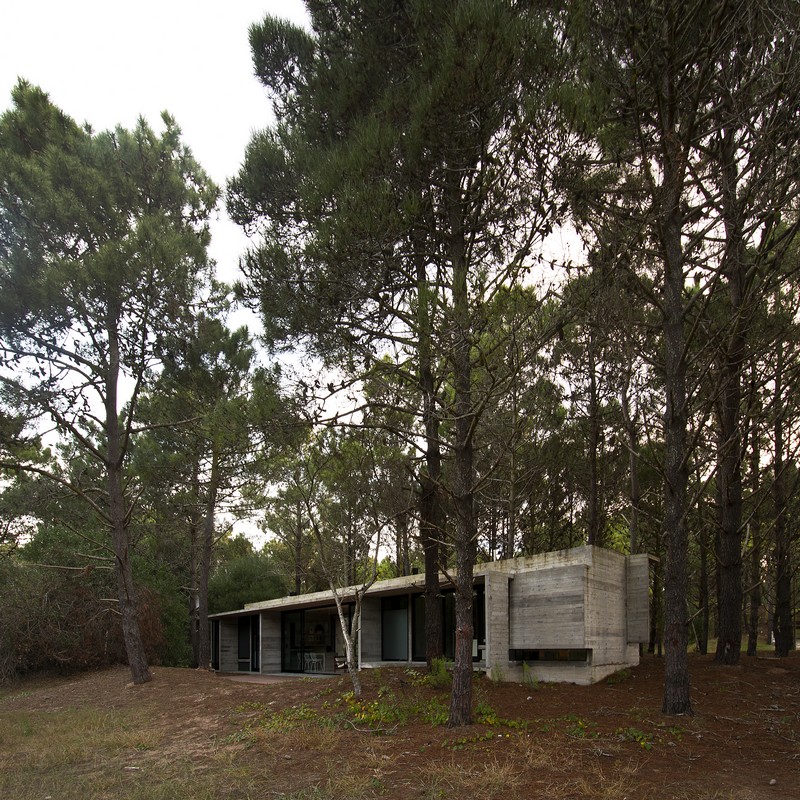 The house is located in a new subdivision in the village of Valeria del Mar, near the Atlantic city of Pinamar, distant 360 km to the south of Buenos Aires.
The land is located in a corner of the new subdivision, measures approximately 32 by 23 meters and has the shorter side facing towards a typical neighborhood street in this town, and its longest side limited by a narrow Cul de Sac that solves the entry inside the subdivision.
Our clients asked that the house be as simple as possible and expressly indicated that we place the master bedroom away as much as possible from the other two bedrooms that would work to receive family and other visitors
The house was solved as a single volume of strongly elongated proportions, placing the master bedroom on one end and two at the opposite end and forming a meeting space in the center. This generates a space with some indeterminacy in the limits [between] indoor and outdoor.
To materialize the construction uses concrete exposed seeking to exploit their sculptural qualities while avoiding almost the later maintenance in the life of the house, resulting it to be an ideal summer home. Furthermore this structural material in their traditional role, is also used as an enclosure to the outside, and between internal spaces allows us to greatly simplify the construction process.
Photos: Daniela Mac Adden