Tree House is a private residence designed by MF Architecture and is located in Austin, Texas, USA. It was completed in 2014 and covers an area of 257 sqm. 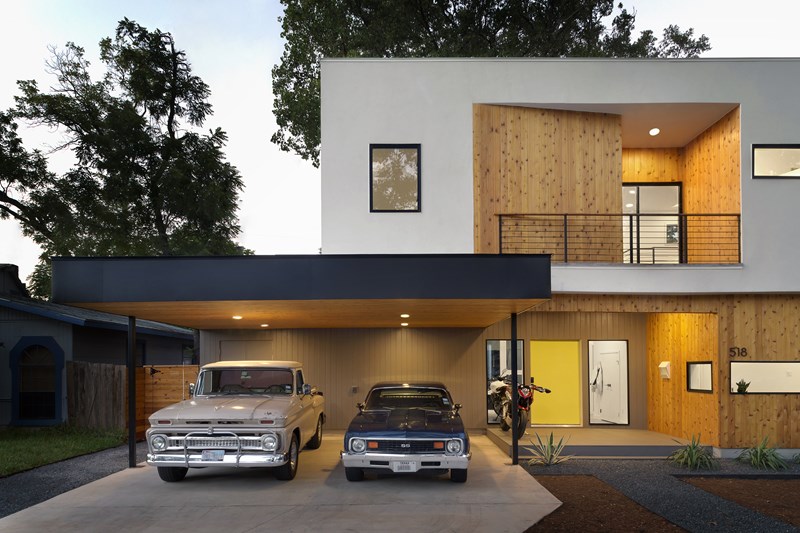 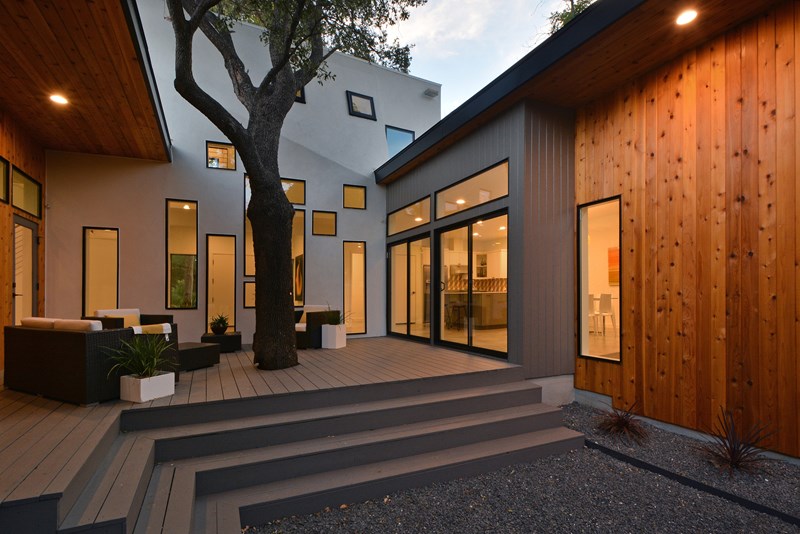 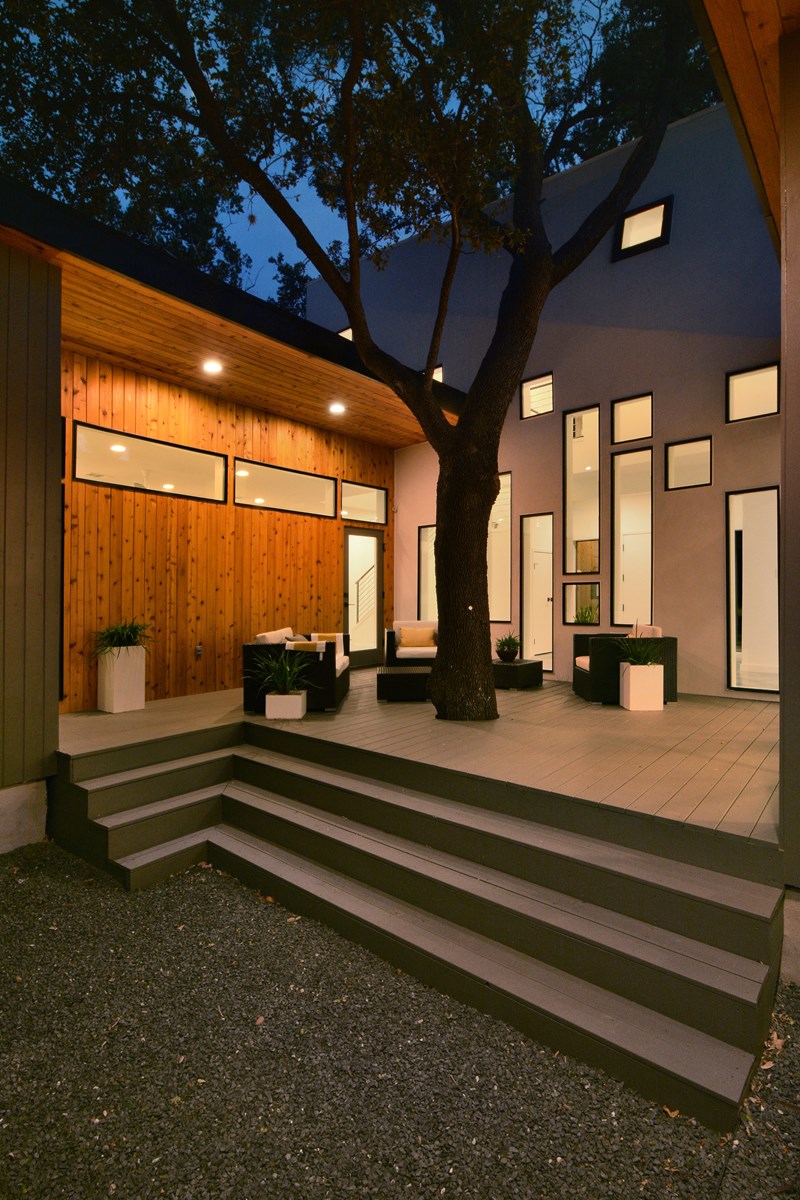 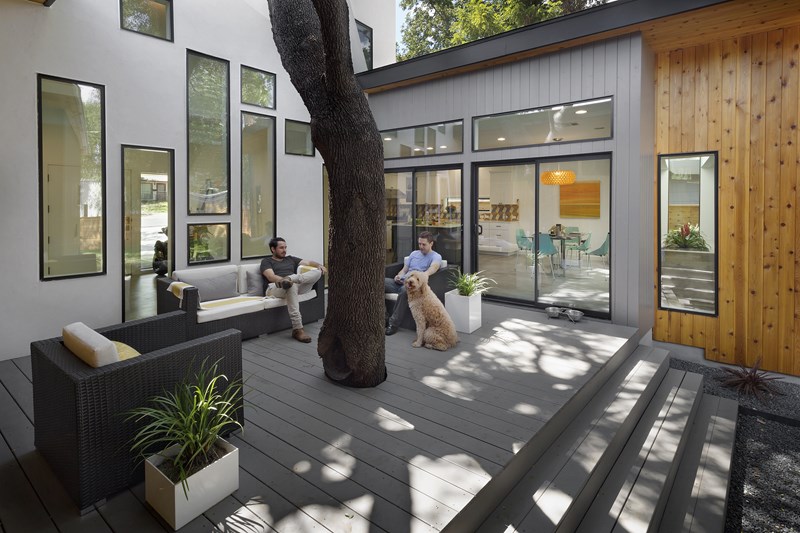 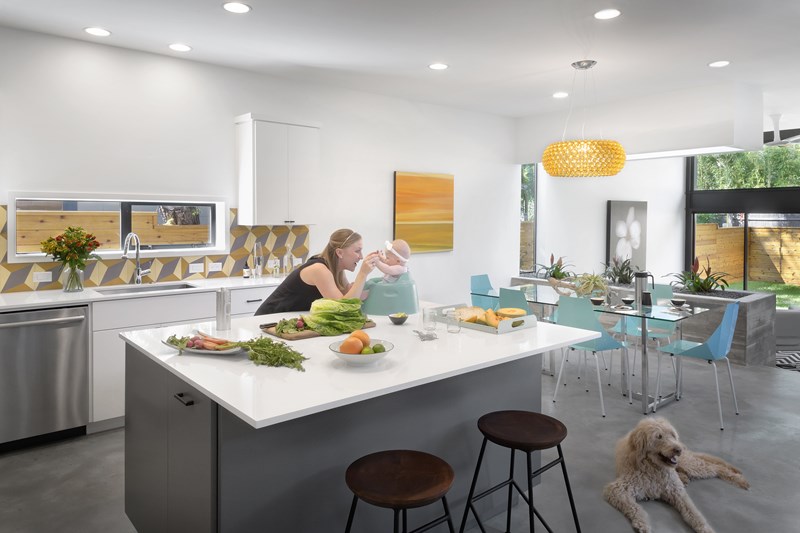 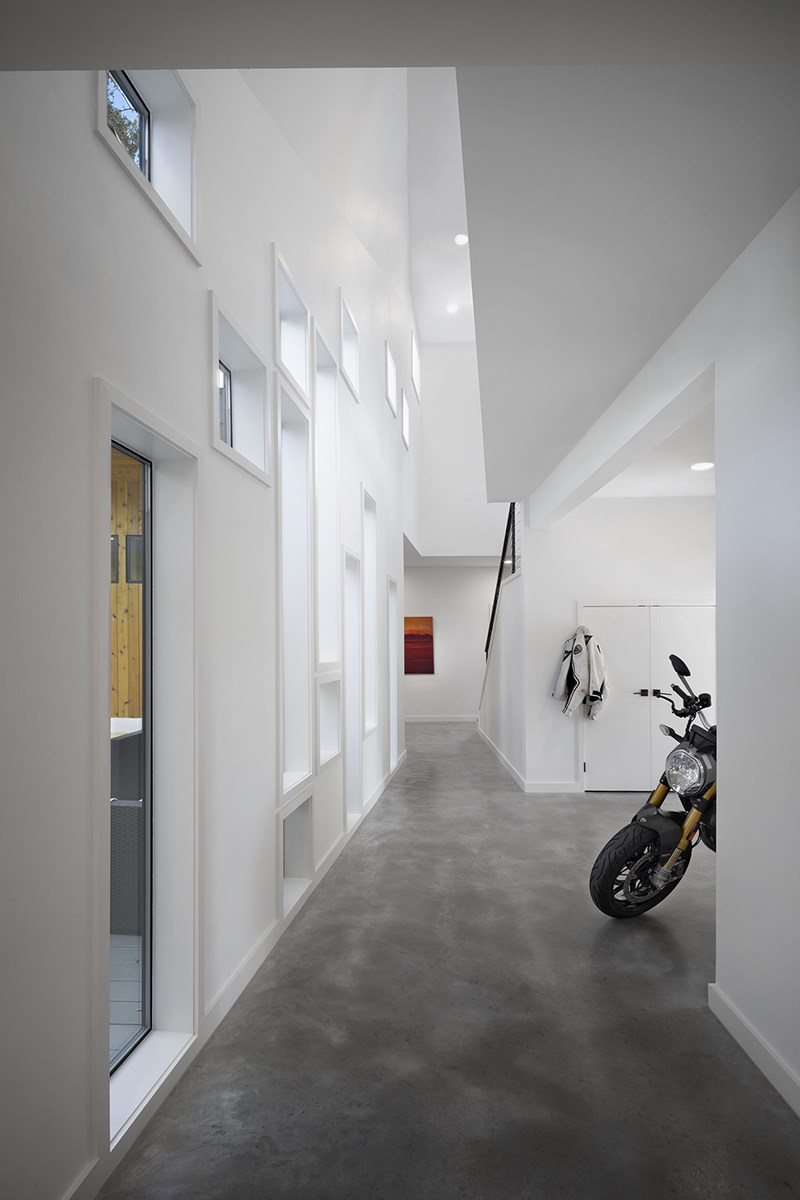 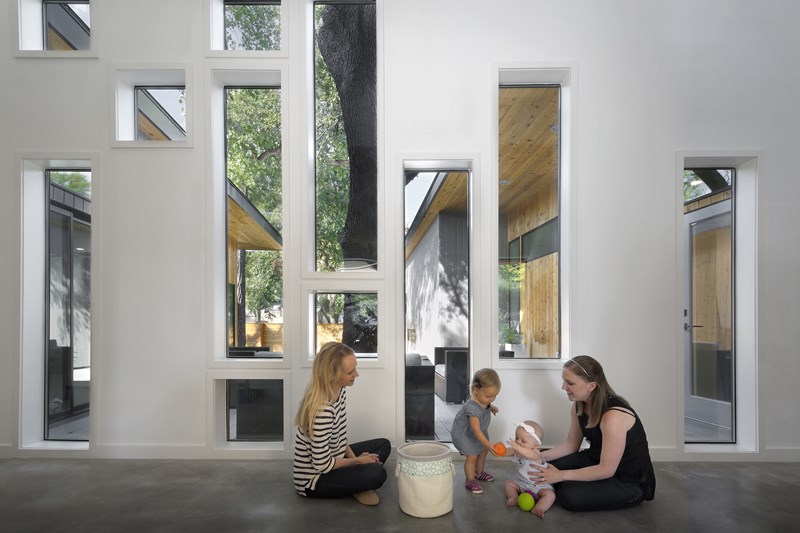 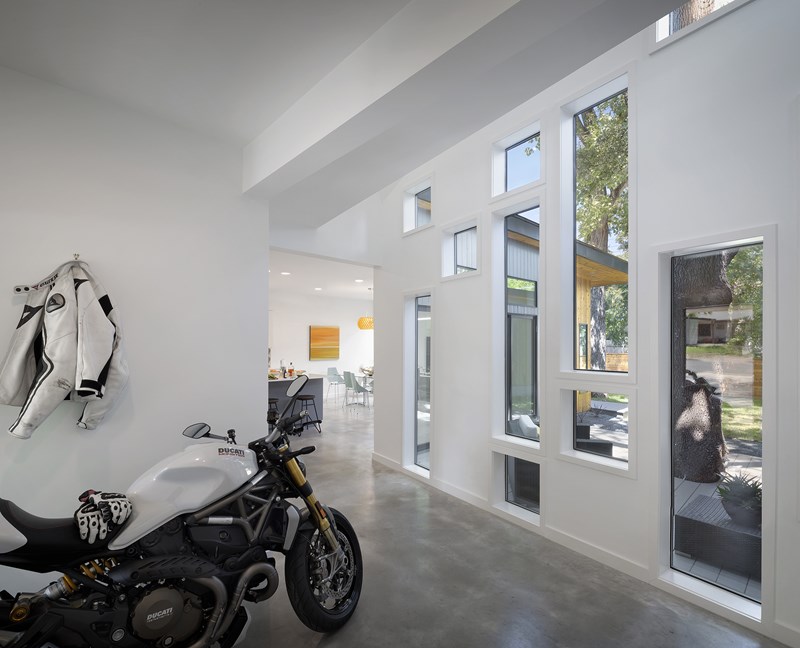 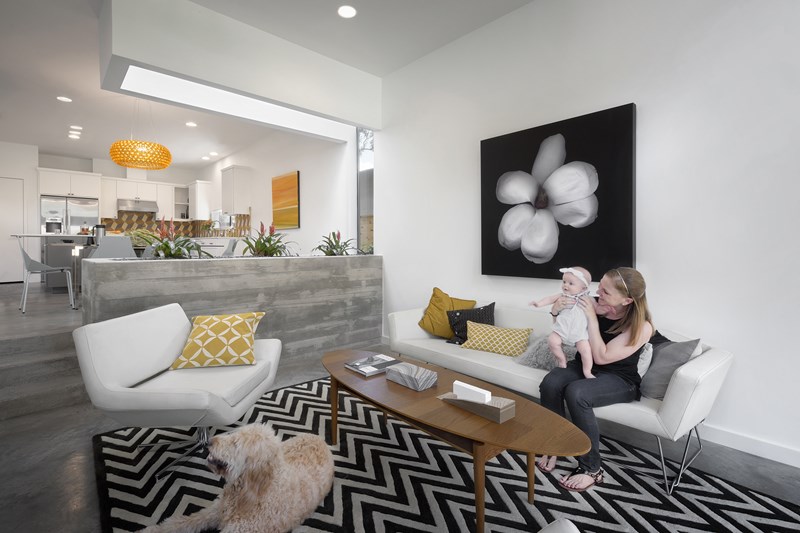 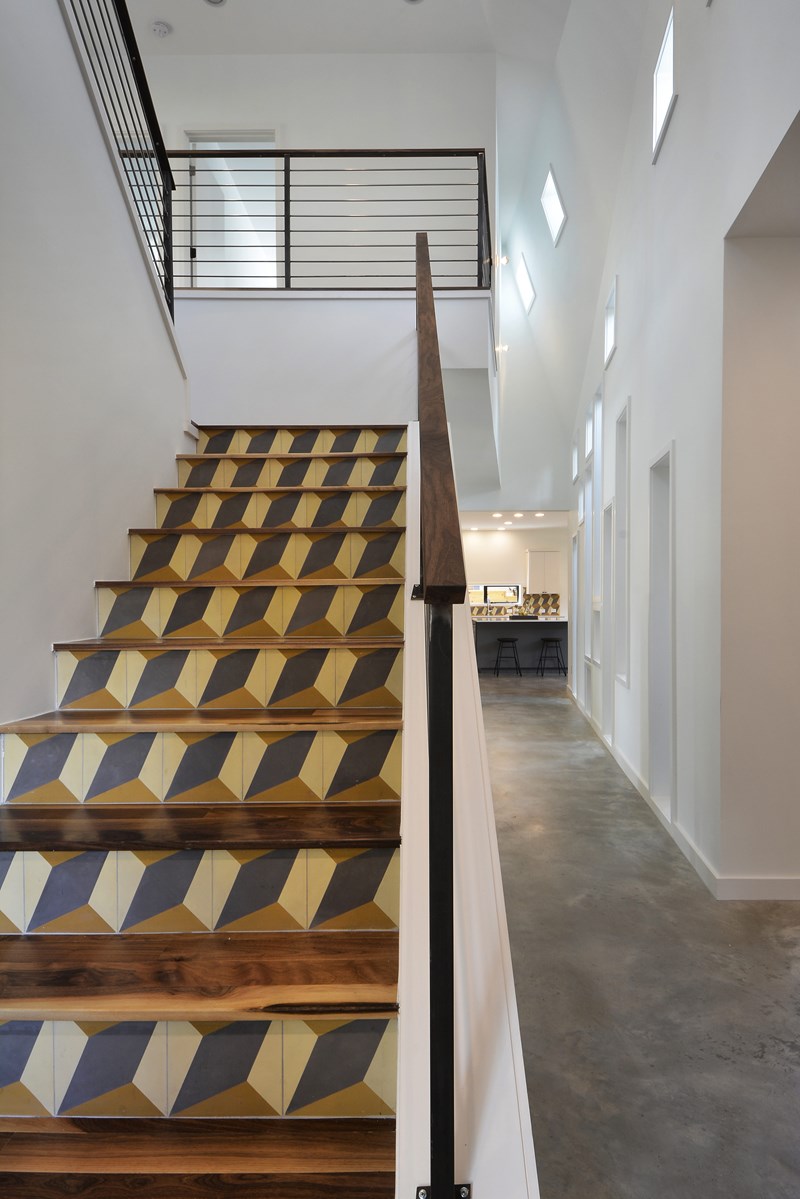 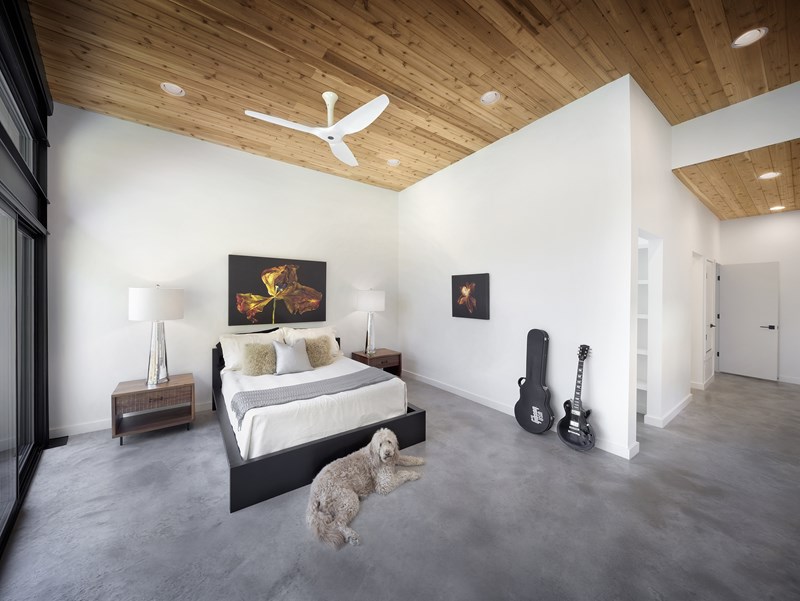 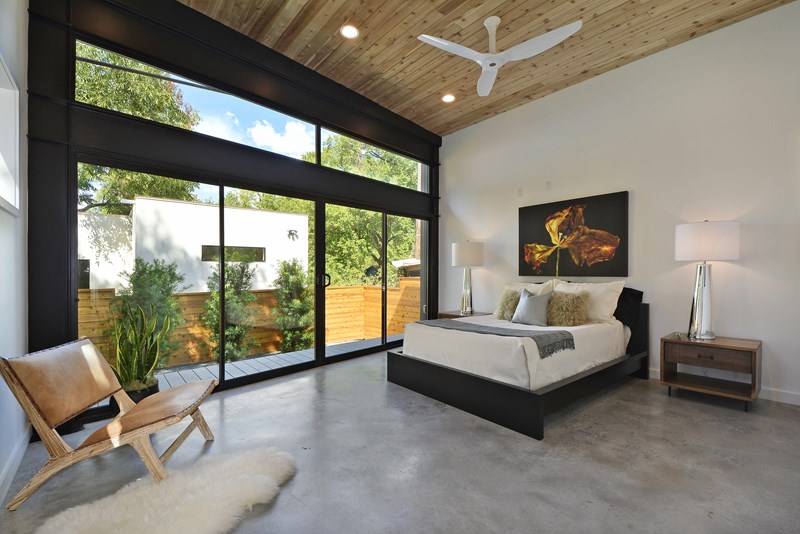 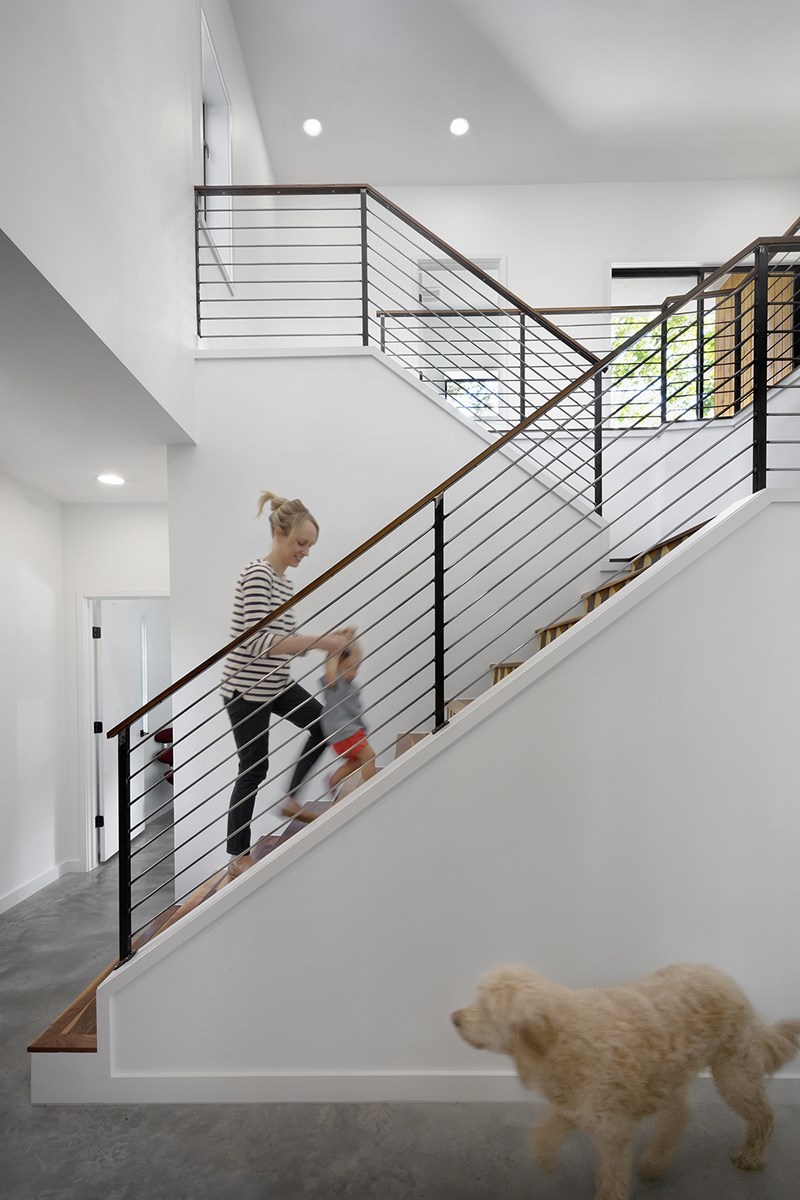 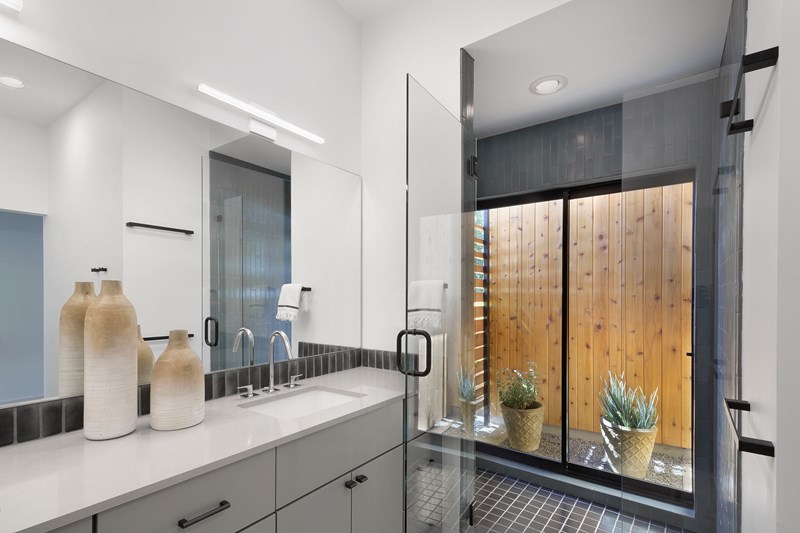 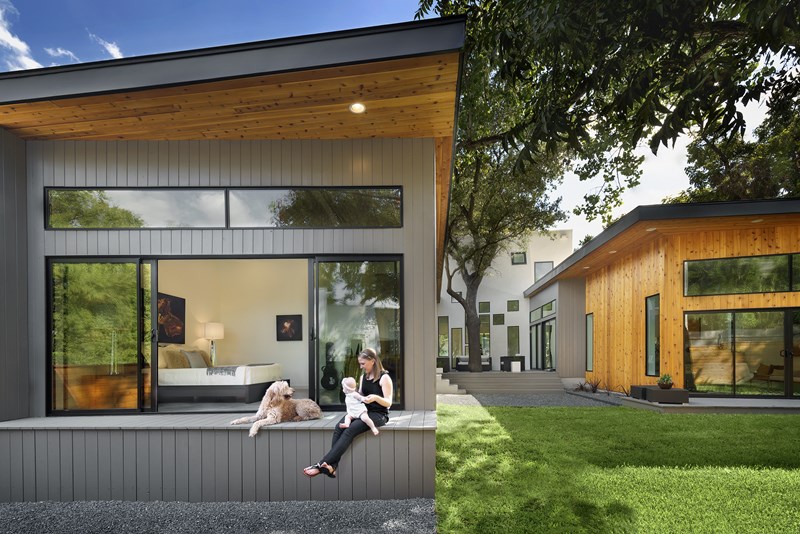 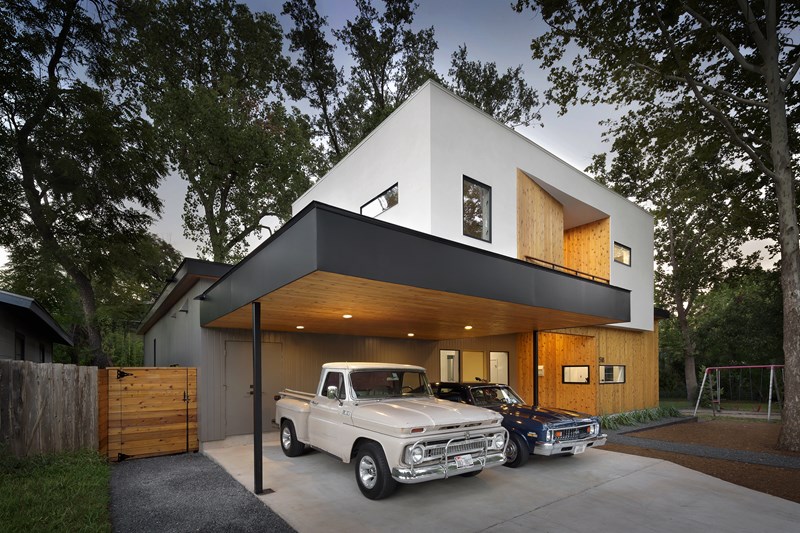 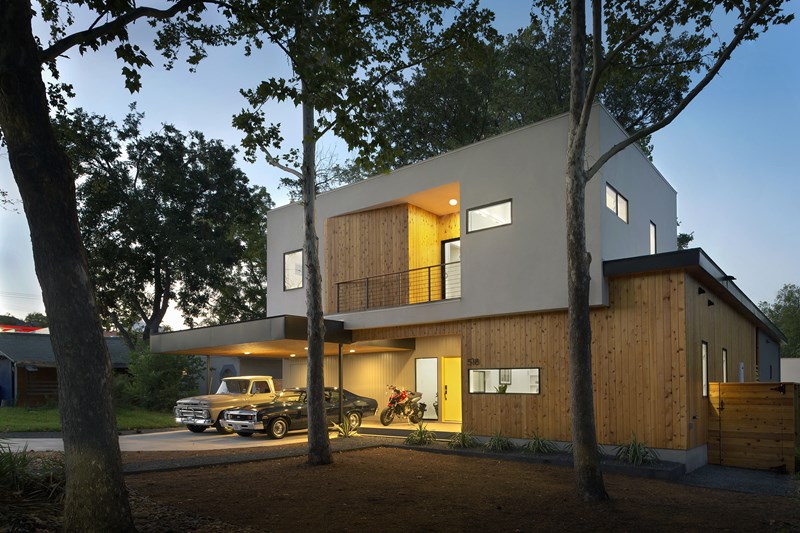 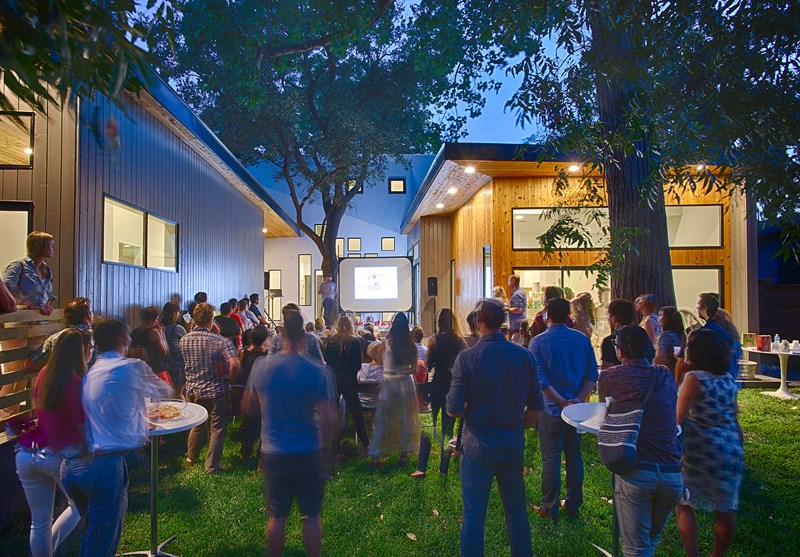 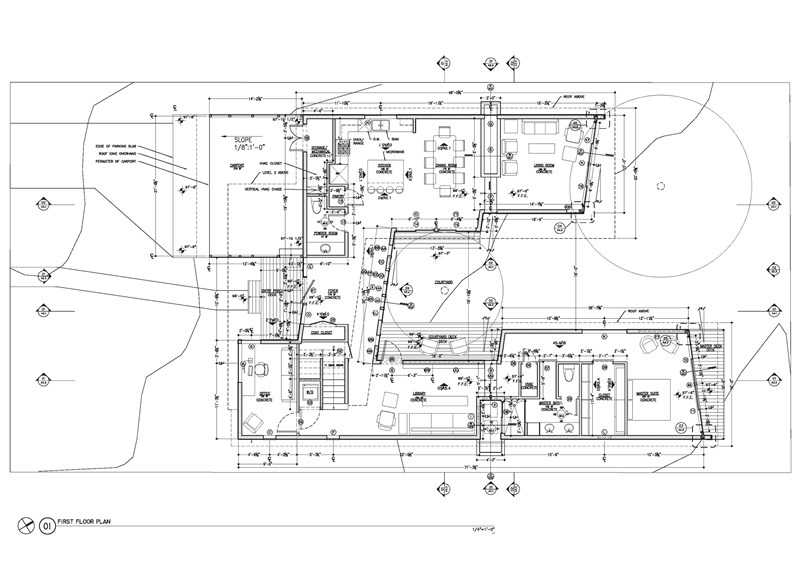 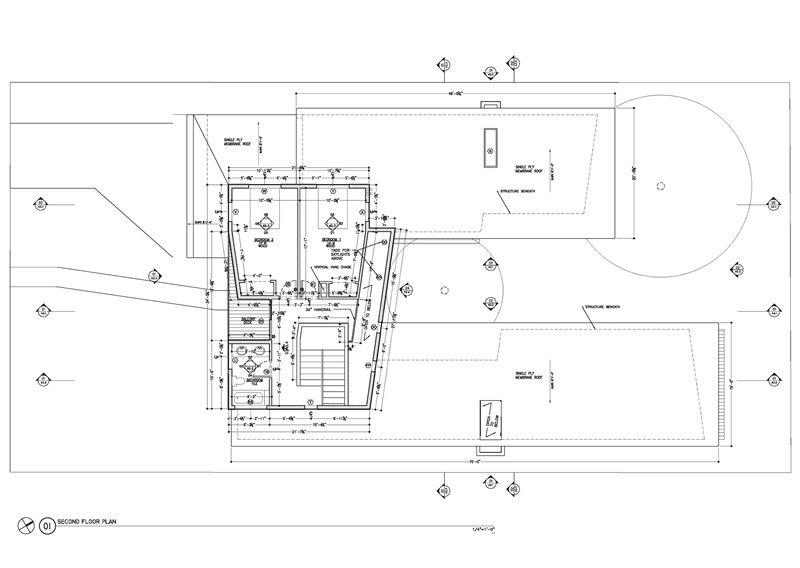 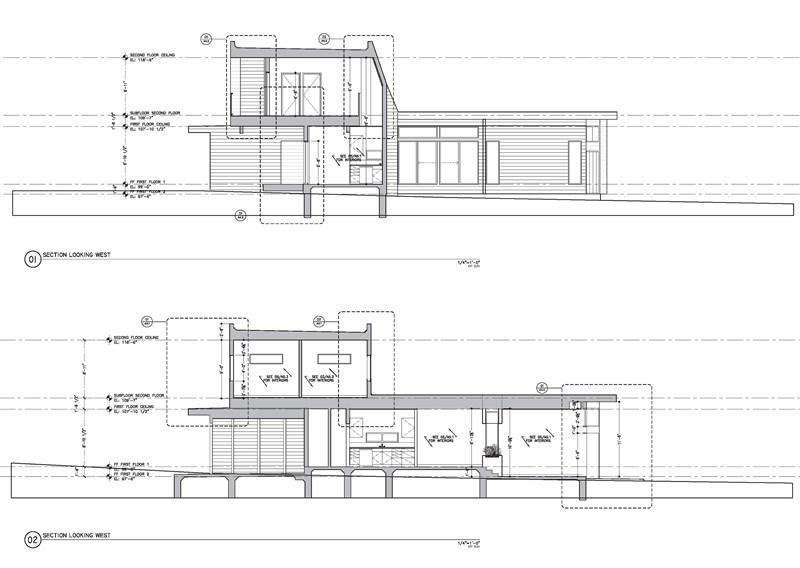 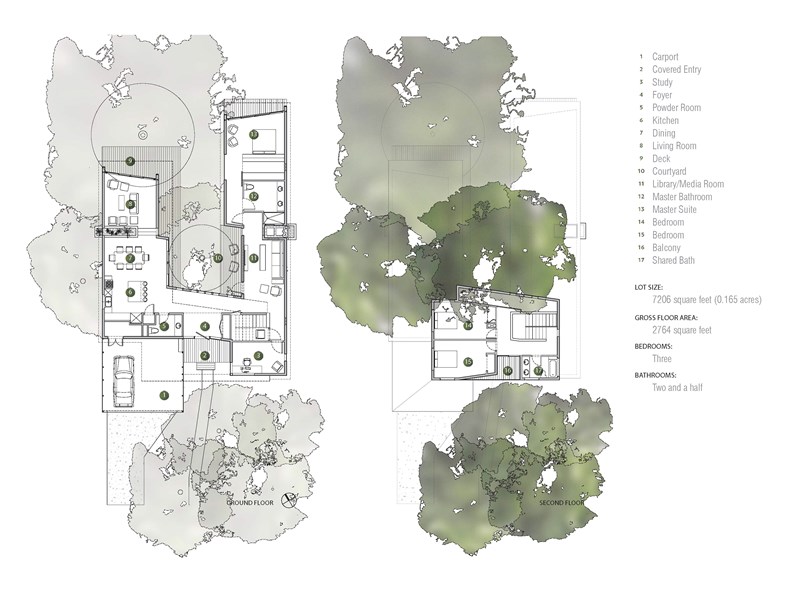 Project Description: Balanced shade, dappled sunlight, and tree canopy views are the basis of the 518 Sacramento Drive house design. The entry is on center with the lot’s primary Live Oak tree, and each interior space has a unique relationship to this central element.
Composed of crisply-detailed, considered materials, surfaces and finishes, the home is a balance of sophistication and restraint. The two-story massing is designed to allow for a bold yet humble street presence, while each single-story wing extends through the site, forming intimate outdoor and indoor spaces.
The upper story is clad in stucco, articulated as a floating white box to pronounce a street presence and act as a veritable “tree house” for the children’s bedroom zone.
In plan, the home is organized into clear zones of public and private function, allowing the center courtyard with the primary tree to negotiate the connection between either realm. The layout is arranged to optimize function and experience, where each daily behavior is considered in connection with the next, resulting in a holistic and flowing composition, rather than just a collection of rooms.
Massing is composed as two single-story wings which wrap the primary existing Live Oak tree on the site. The 2-story “window wall” maximizes the use of inexpensive windows which frame various views to the tree while creating a rich elevation and allowing for the harvesting of daylight to the entry zone. The upper portion of the wall tapers and folds back to allow the tree canopy to extend and grow.
The courtyard around the tree terraces down to the yard, acting as a natural amphitheater for gatherings and performances within the wings of the house.
Composed as a functional container for life and experience, the circulation space is intended for passage and informal activities, rather than corridors.
The master suite is as much about its opening to the small yard as it is about the enclosed space it captures. The tongue-and-groove wood ceiling is an accent which continues to the exterior soffit, blurring the lines between inside and outside.
The courtyard design capitalizes on the dappled light from the preserved Live Oak tree, which animates exterior and interior spaces at different times through the day. Each space in the house has a special intended relationship with the tree and its perceived space.
The windows act as playful apertures which activate the courtyard space at night, showcasing the preserved Live Oak.
An integrated board formed concrete planter denotes a spatial separation between the living room and the kitchen/dining space, while still allowing connection between the overlapping realms. The skylight allows natural light to penetrate deep into the space.
This design is carefully calibrated to allow internal views on the small lot and various amounts of direct and indirect natural light. Each space has more than one type of opening to allow for various connections to the outside and thus nature.
Photography: Brian Mihealsick, Bryant Hill, Twist Tours