L-House is a project designed in 2013 by Christos Pavlou Architecture covers an area of 1024 M2 and is located in Nicosia, Cyprus. 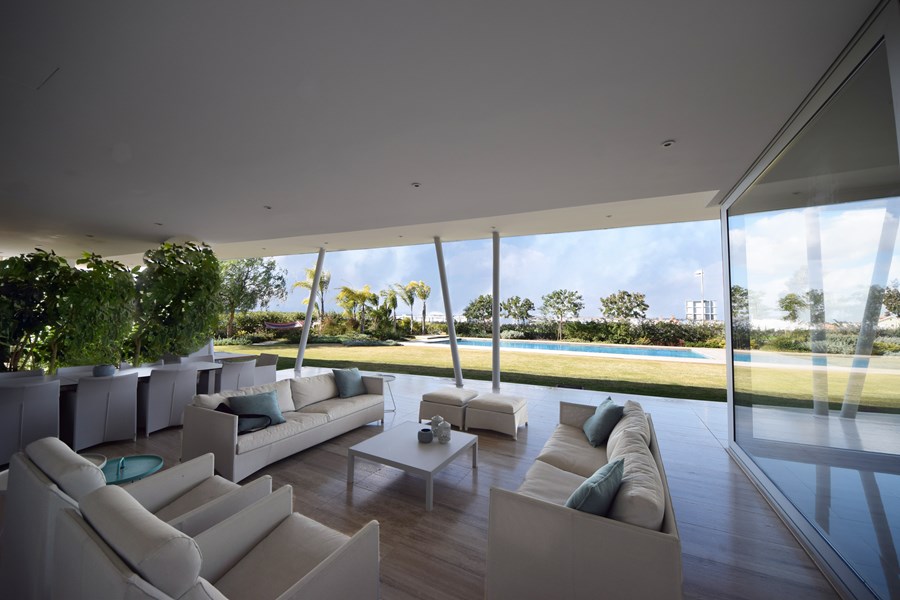 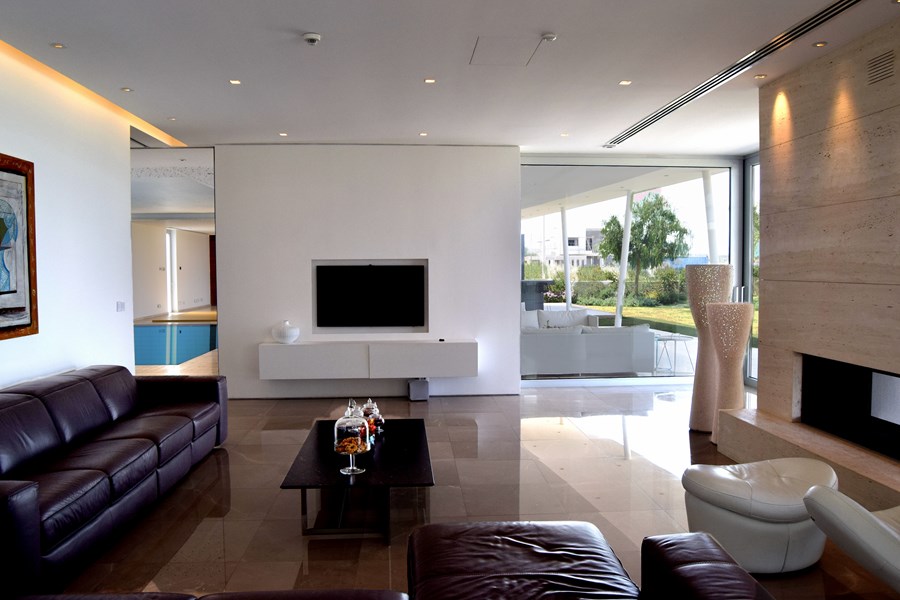 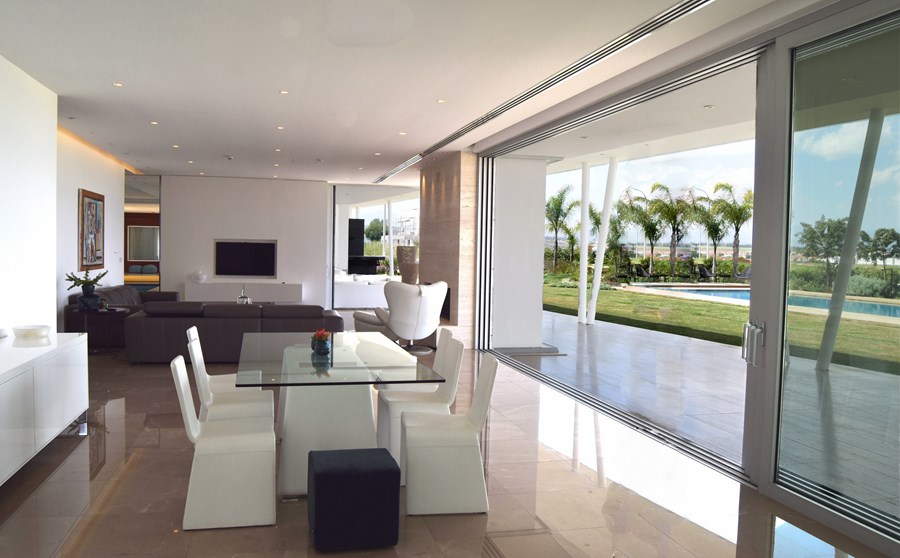 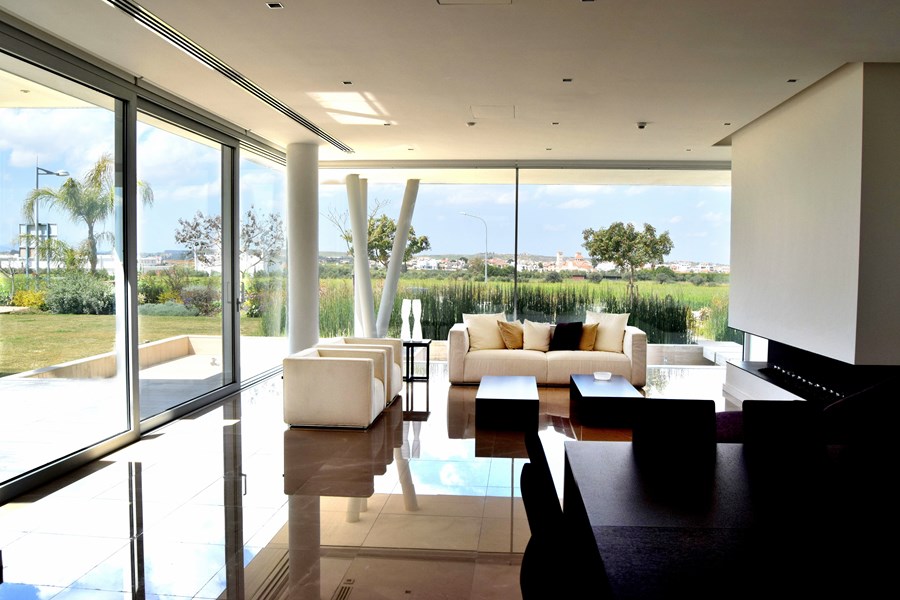 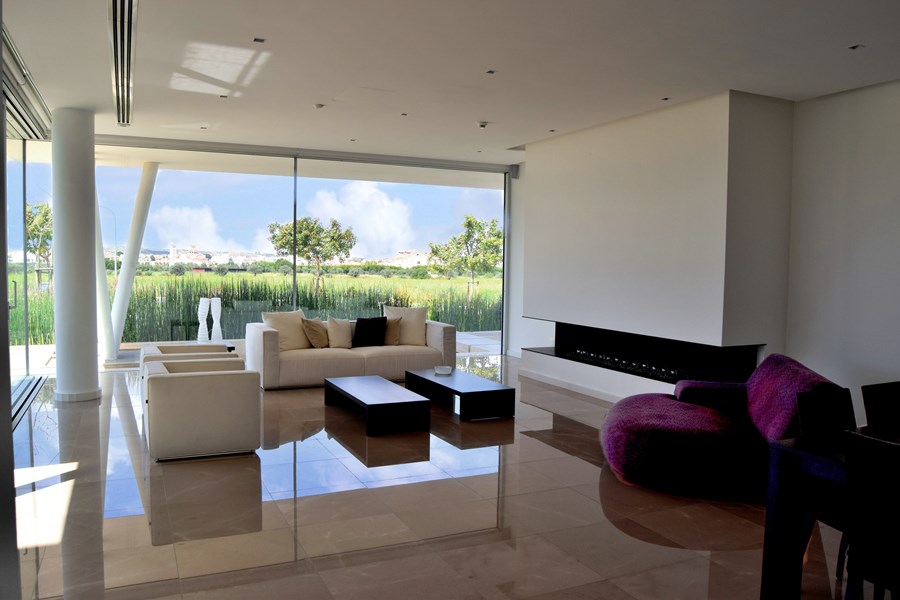 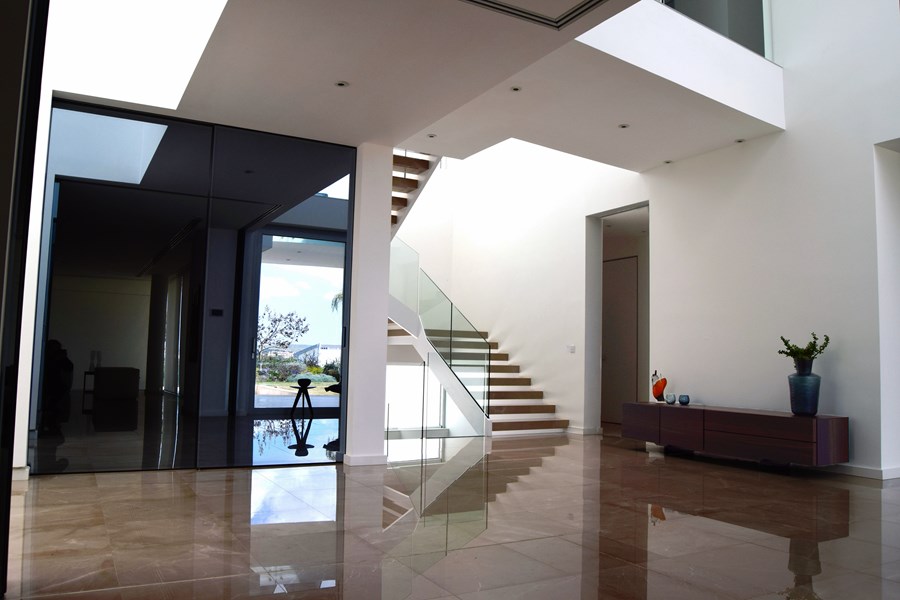 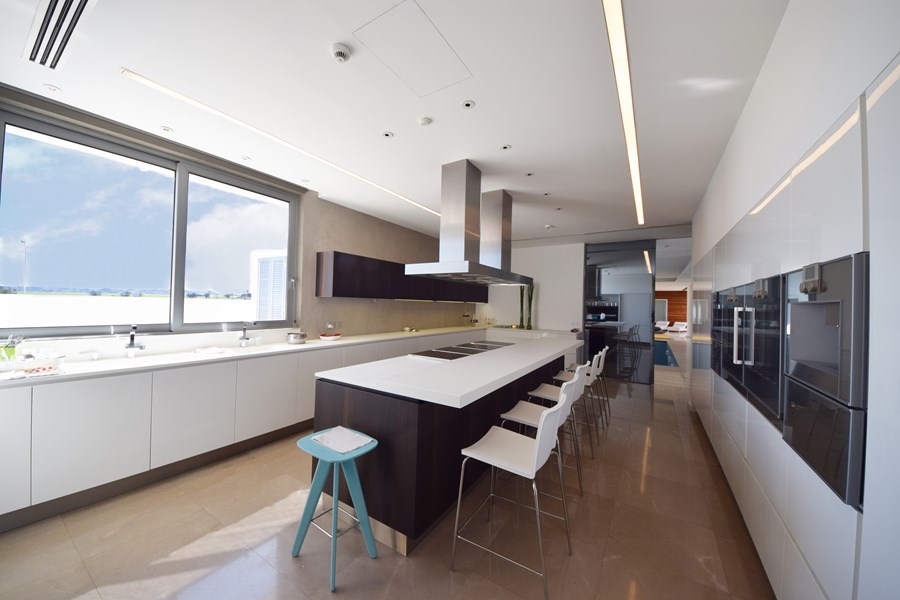 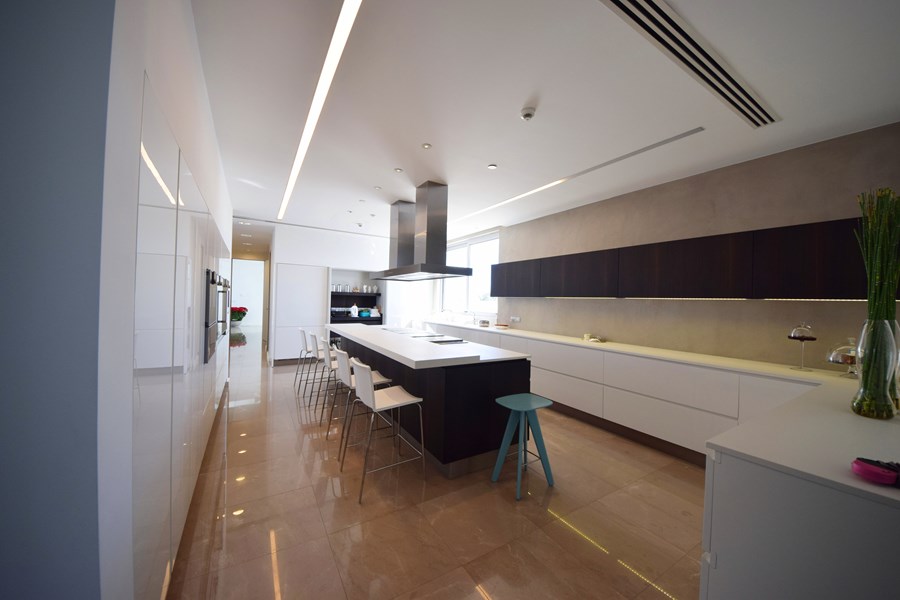 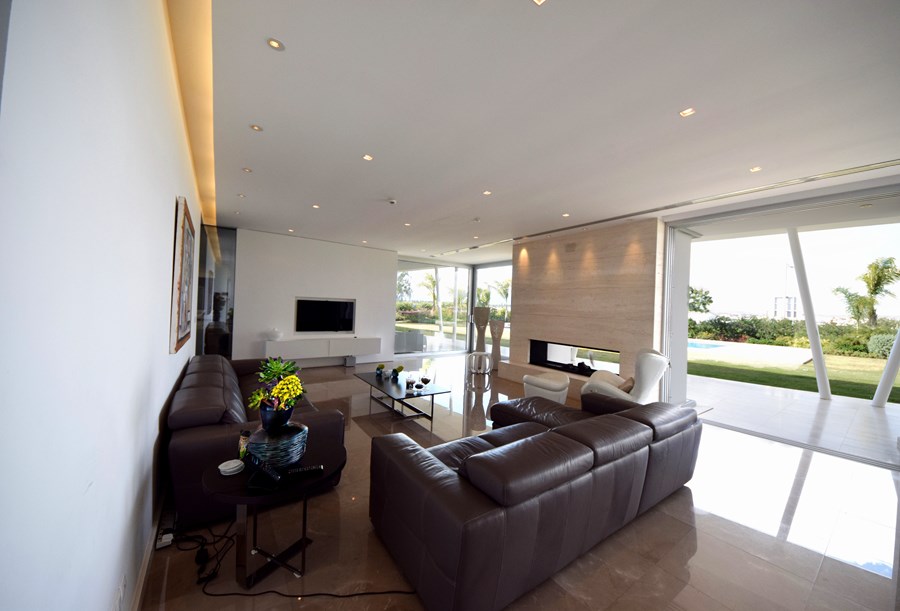 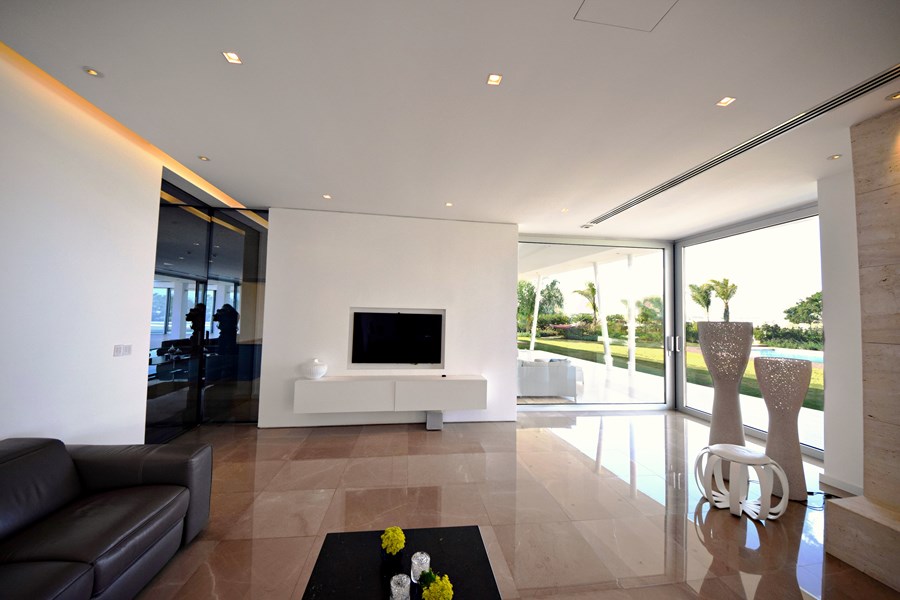 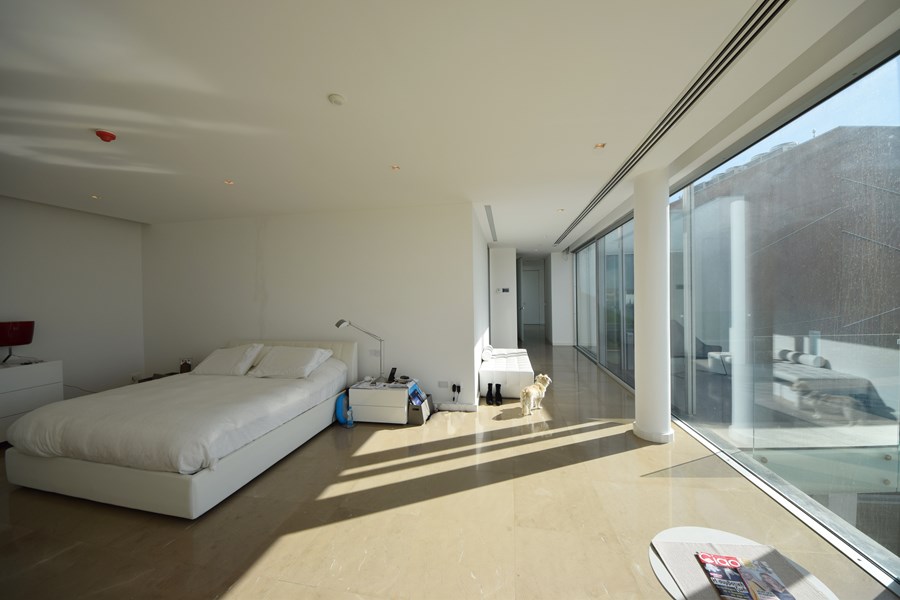 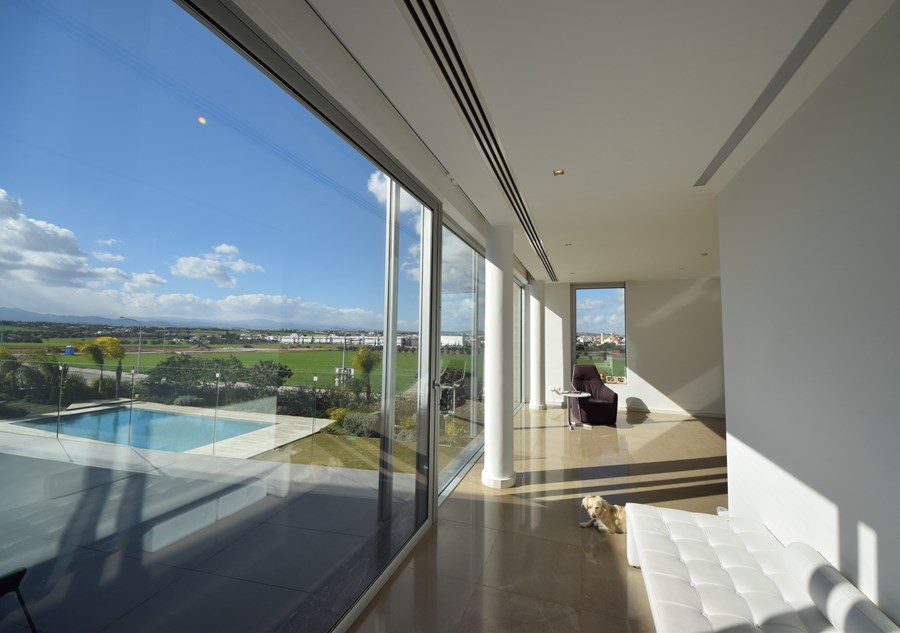 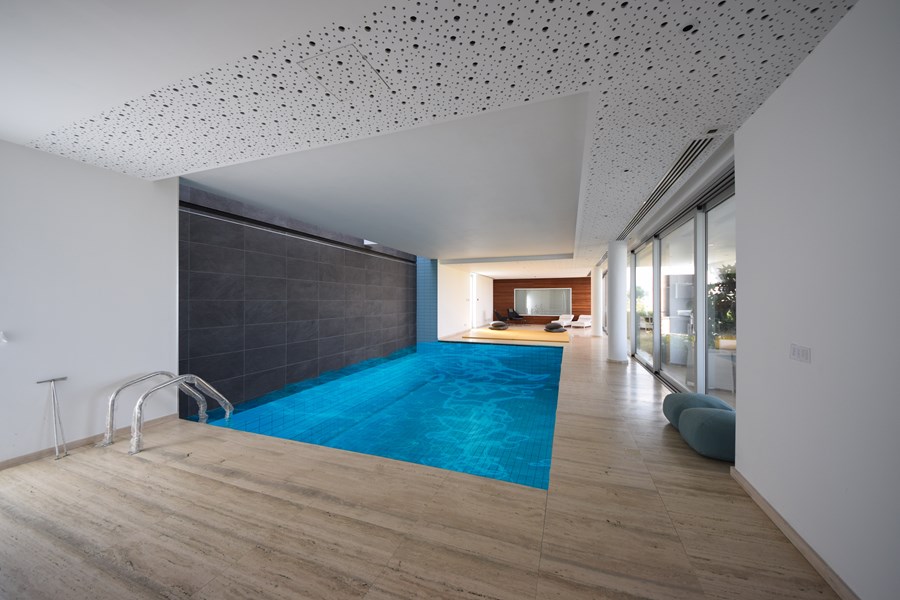 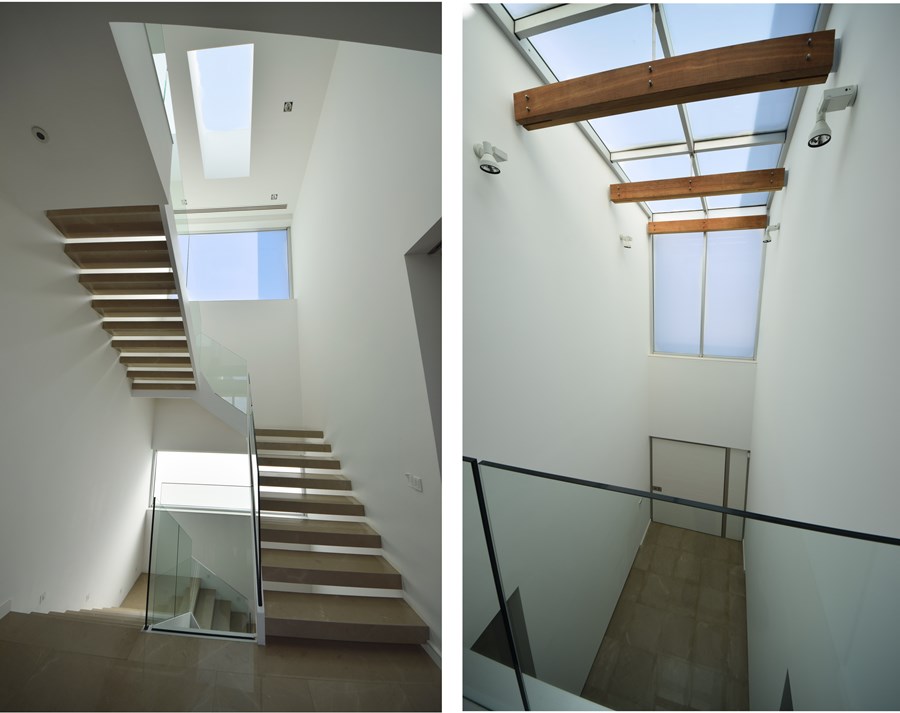 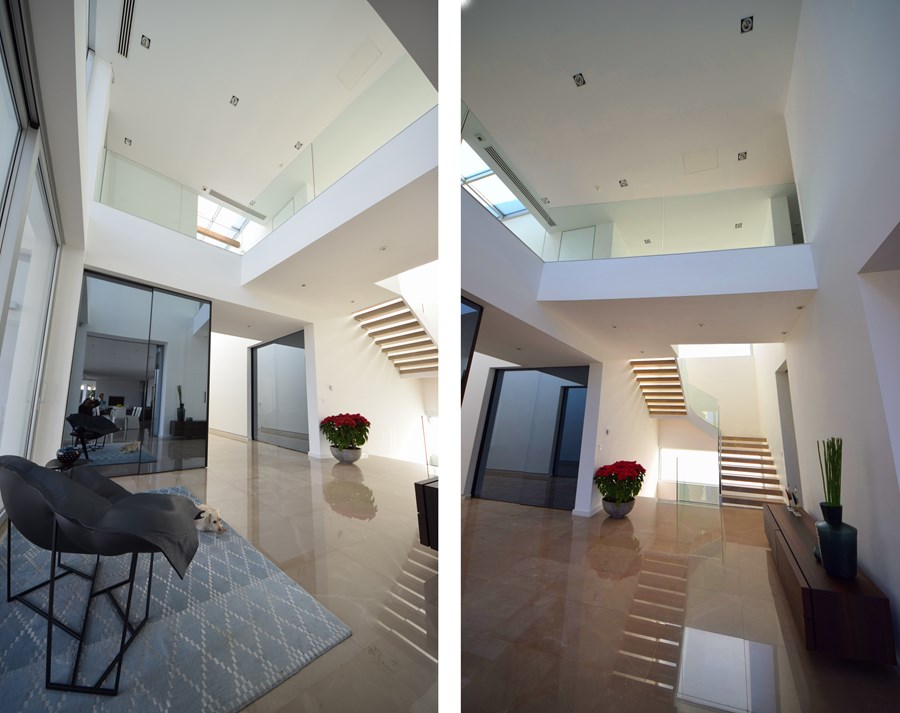 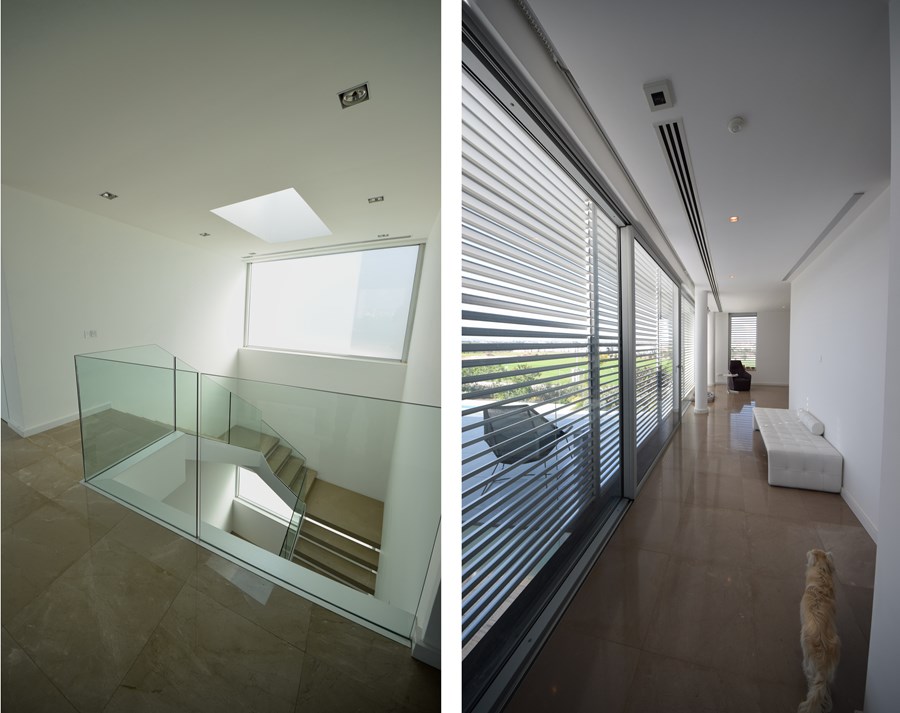 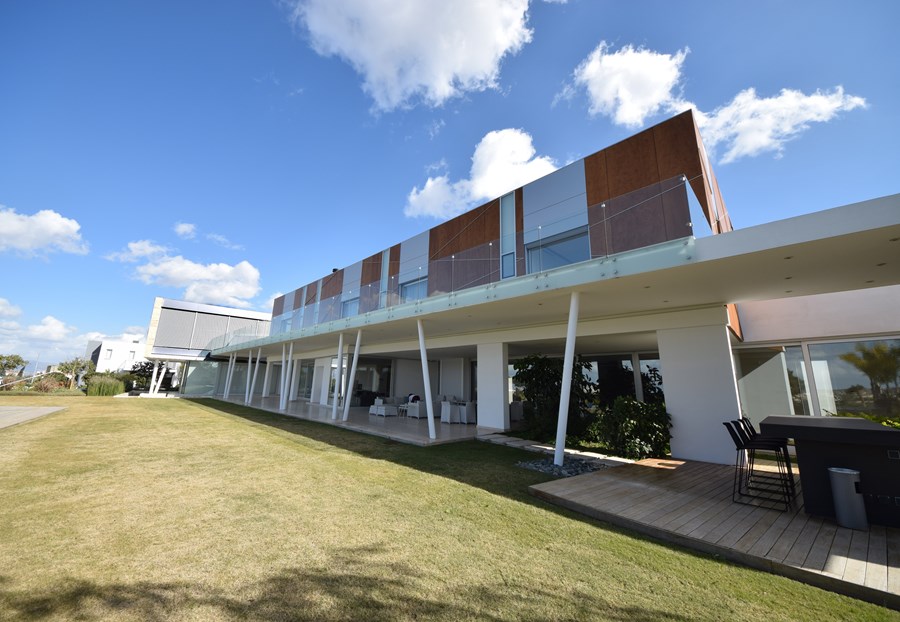 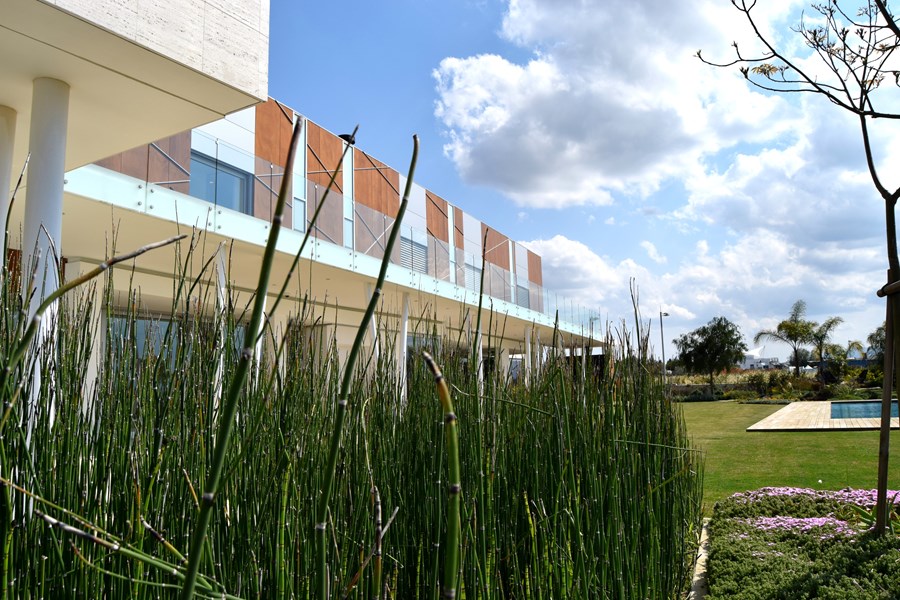 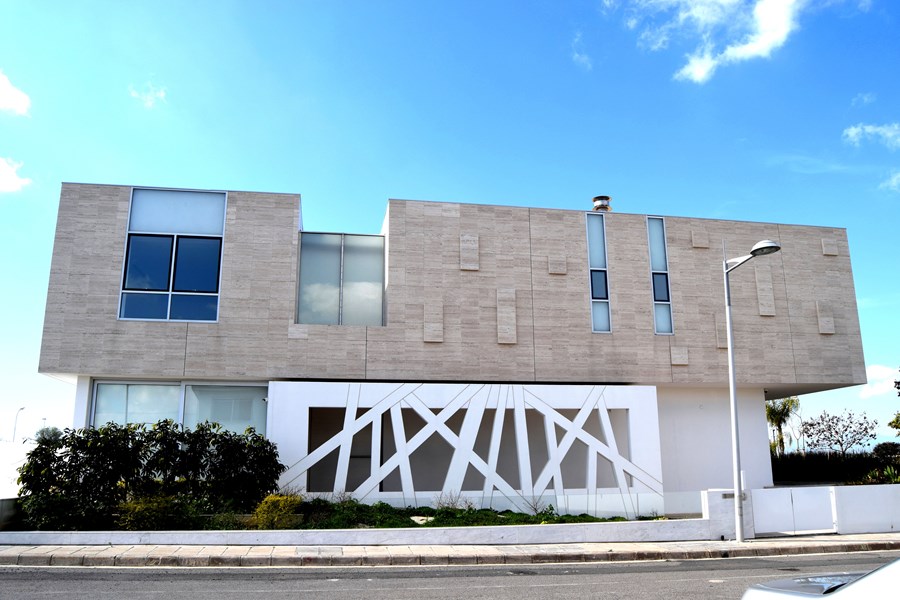 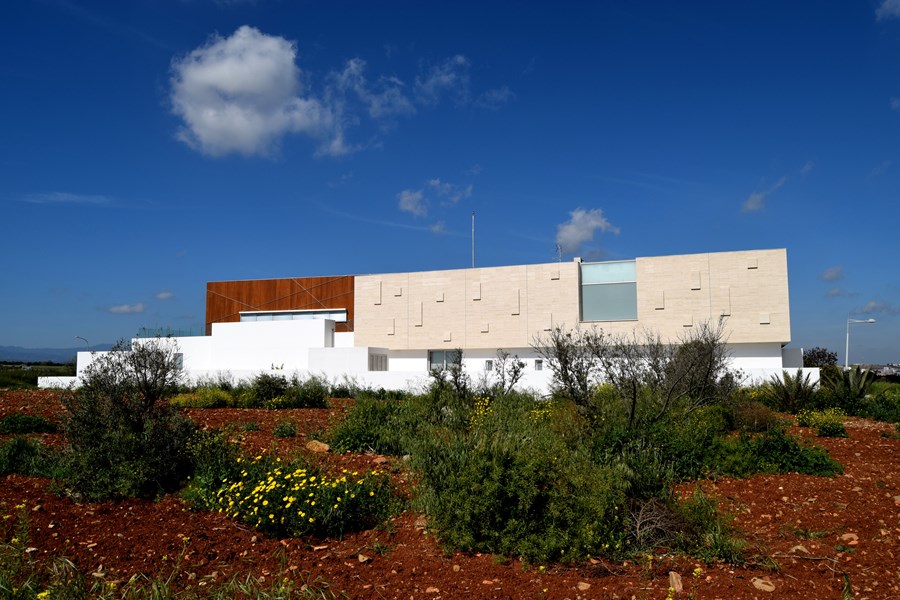 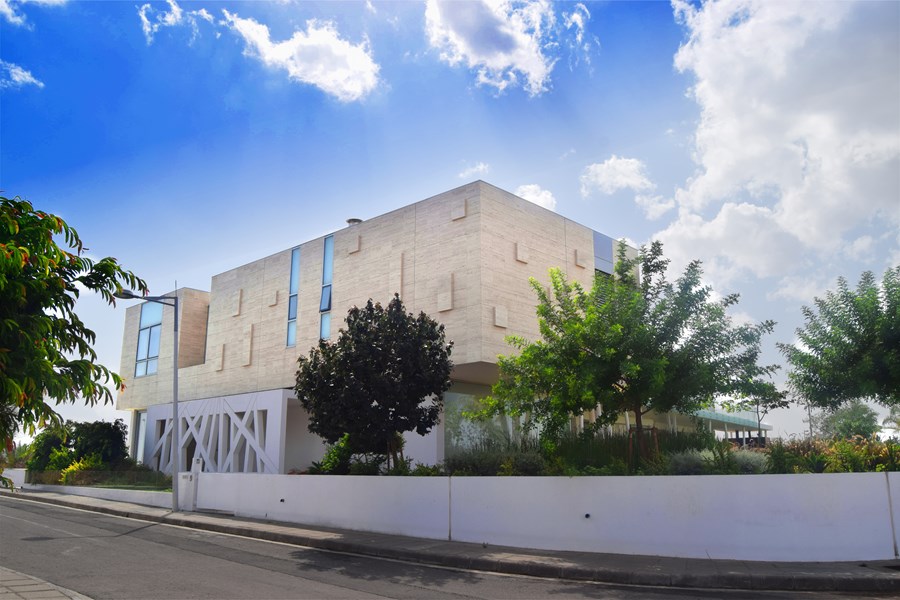 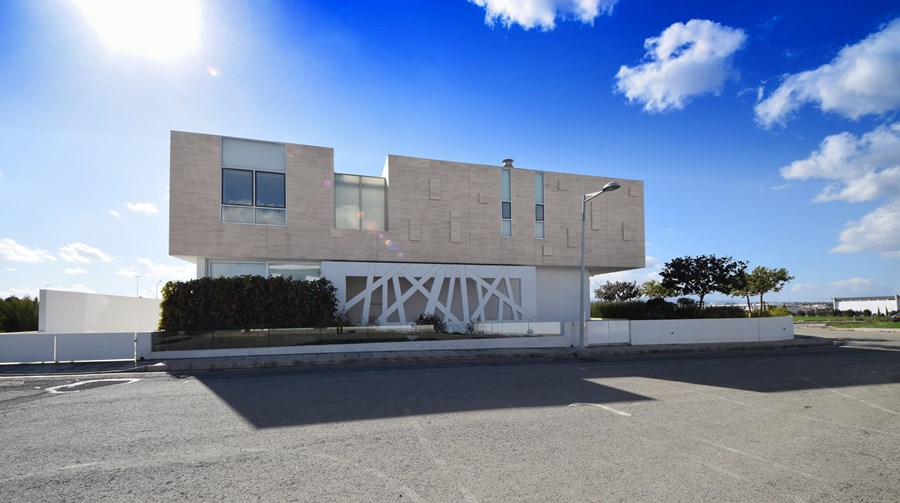 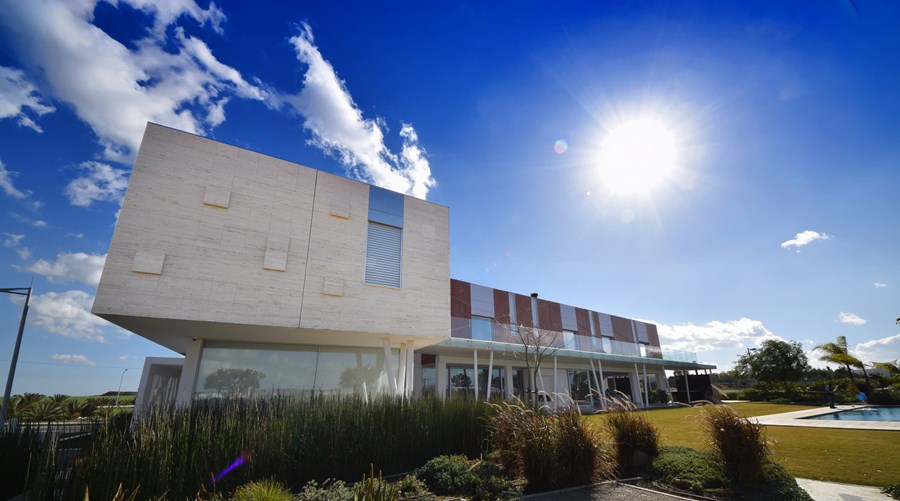 “The house is designed in the form of a large “L’’ configuration embracing thus the garden, the swimming pool but also taking advantage of the south-west orientation of the site. The building has two contrasting sides, one facing north-west and the other south-west. The design layout is thus based on the contrasting sides of the plot and the living spaces placed in-between.
On the north-east the house closes its façade from the cold winter winds but opens up to the warm south, the night summer breeze and the distant views of the Olympus mountains. To make the statement between the opposite sides two different façade materials are used. Hard, light beige stone is used to clad the north-east and light, reddish wooden panels are used for the south-west elevation. This combination of these colors reflects the earthly colors of the surrounding landscape.
The living spaces on the ground floor open up to the garden and swimming pool with large window panels that stretch along the whole south-west side of the building. Between the interior and the garden a linear covered veranda offers protection from the effects of the strong sun, a necessity if you live in the south-east part of Europe.
Five bedrooms with en-suit bathrooms, laundry room and office/library are located on the first floor. All bedrooms share views to the garden, the swimming pool but also take advantage of the summer cooler west winds during the night, a distinctive element of the area.
Interior spaces are divided by “in-between” zones offering essential spatial experiences and long distant interior views as you move in the house. Full height sliding glass panel doors dividing the spaces can be pulled back into the walls allowing thus all the spaces of the ground to flow into each other while maximizing interior space according to the needs of the user and offering unobstructed views to the garden.
The underground part of the house is used as a garage for 4 cars, storage, quest room facilities and a home cinema.
All mechanical and electrical installations are connected to automation systems so that the house can be operated and controlled by remote control panels or a mobile phone. Further more energy is saved by installing 30 solar panels on the roof slab. These panels are functionally connected to the under-floor heating system and swimming pools.”
Photos by Christos Pavlou