De la commune is a project designed by ActDesign. A complex and large-scale project if there ever was one—the renovation involved combining two adjoining condominium units. We were to keep the common areas as well as the mechanical and plumbing elements that were drilled into the slab, while planning the final result of the large unit, encompassing more than 2,000 square feet. 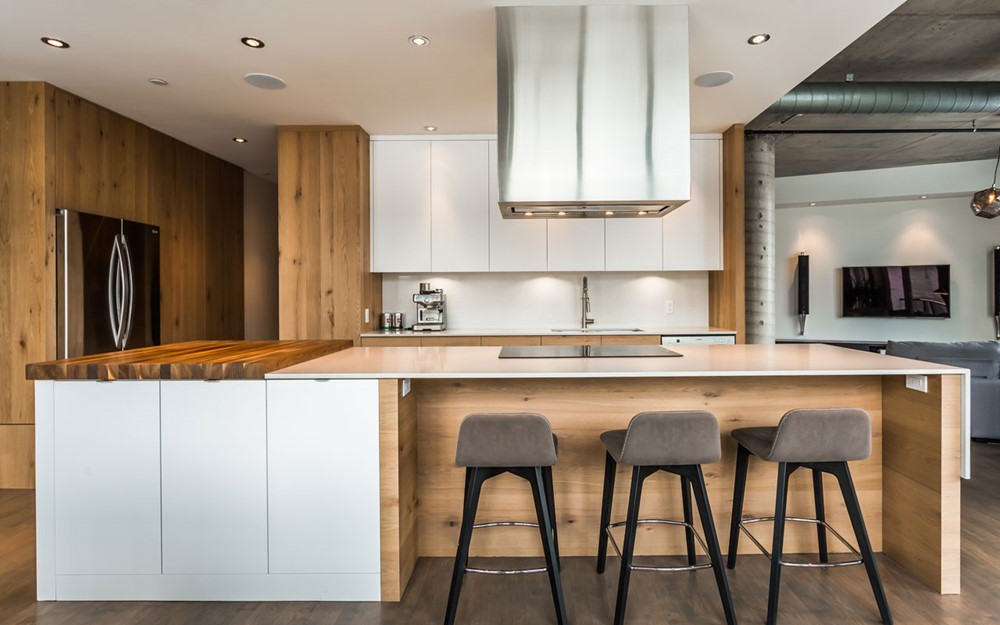 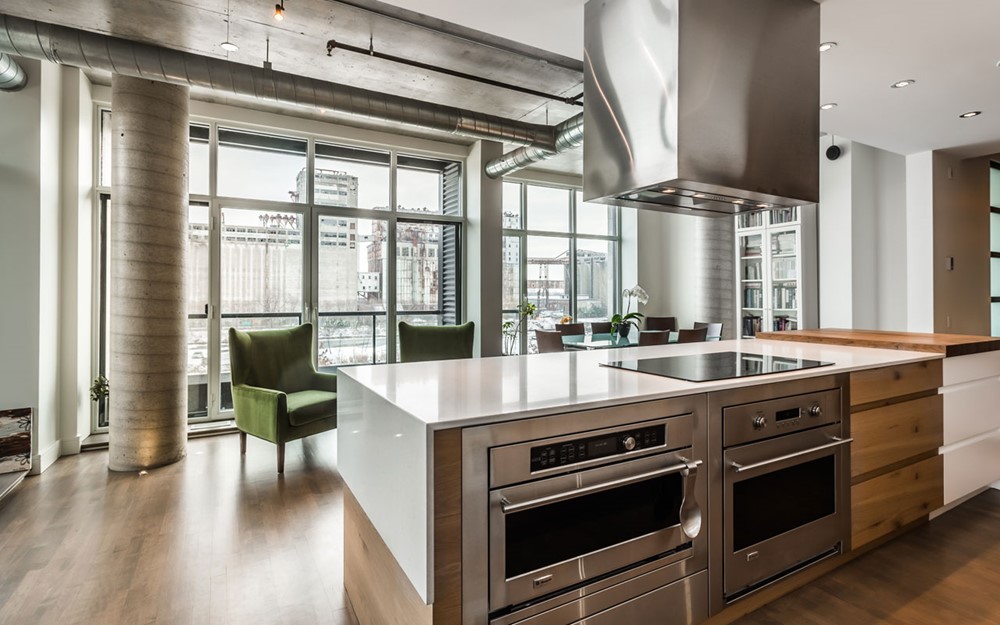 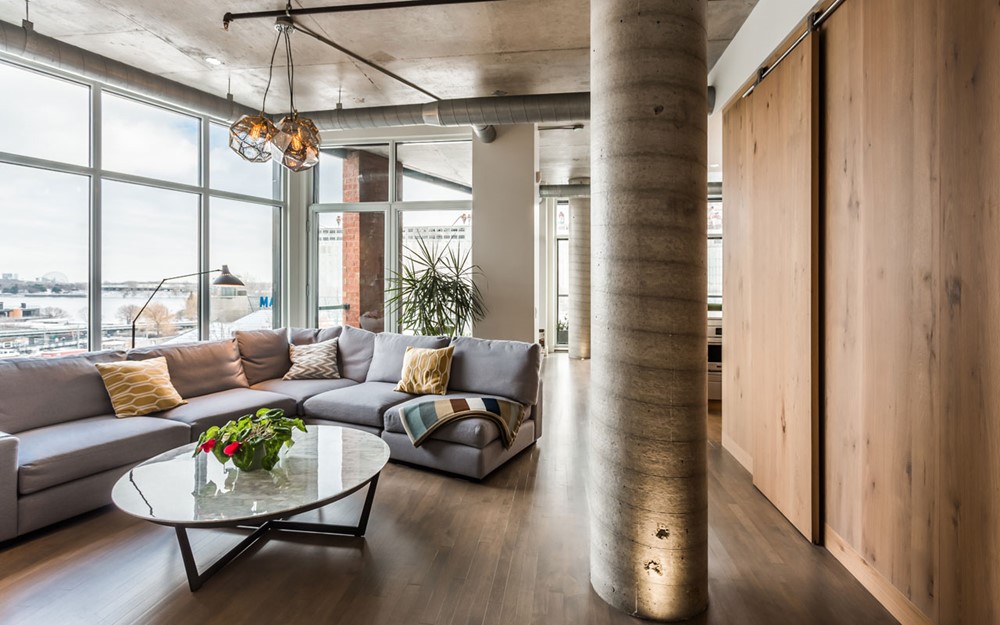 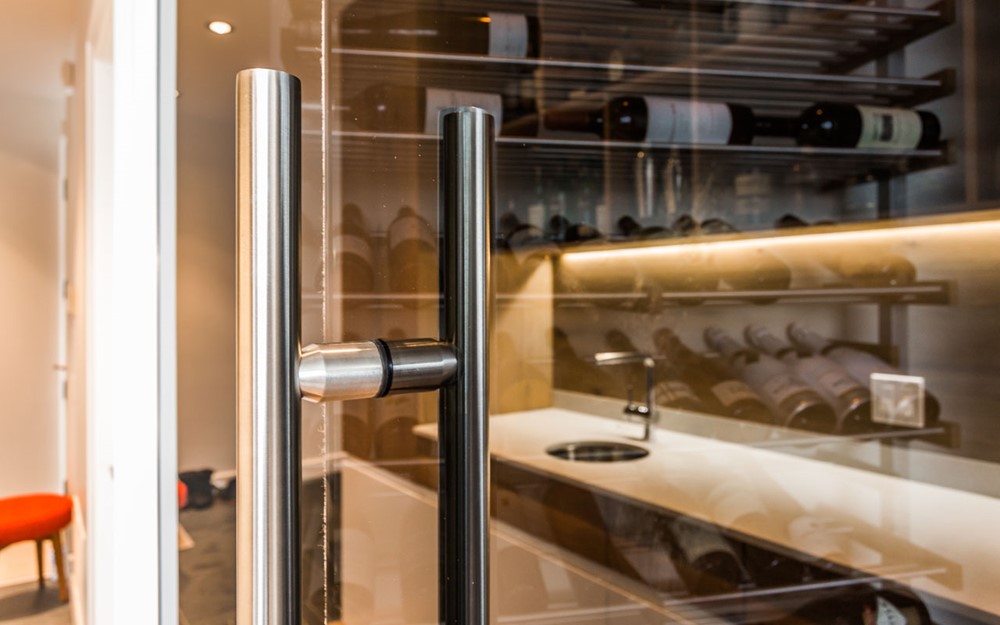 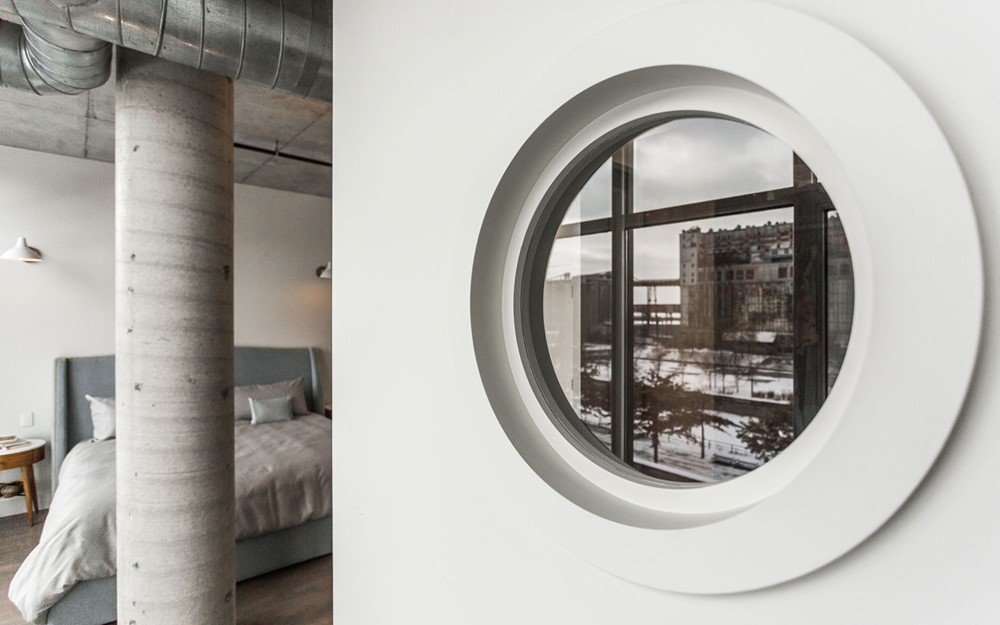 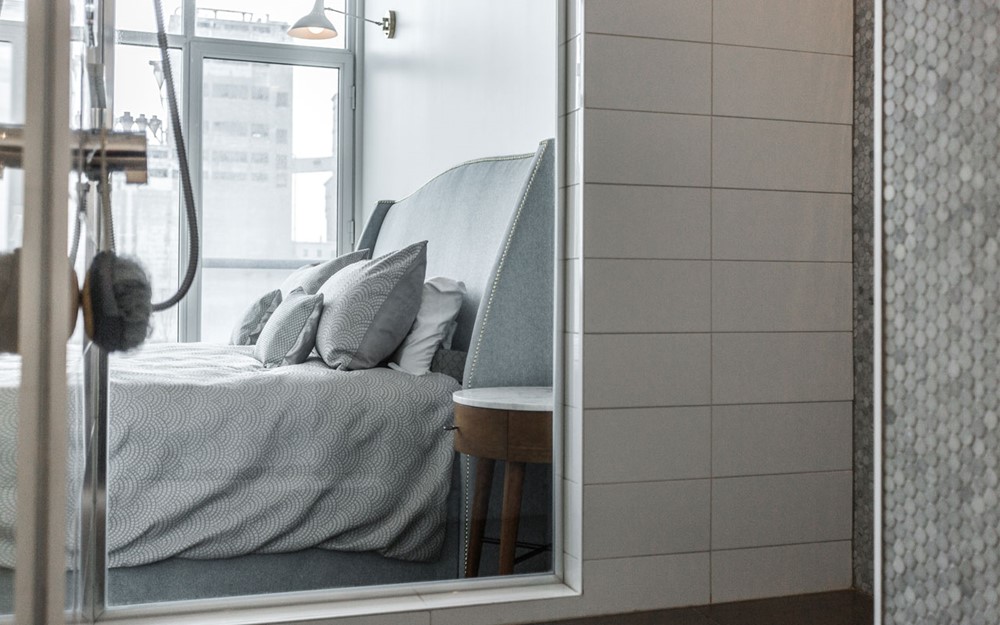 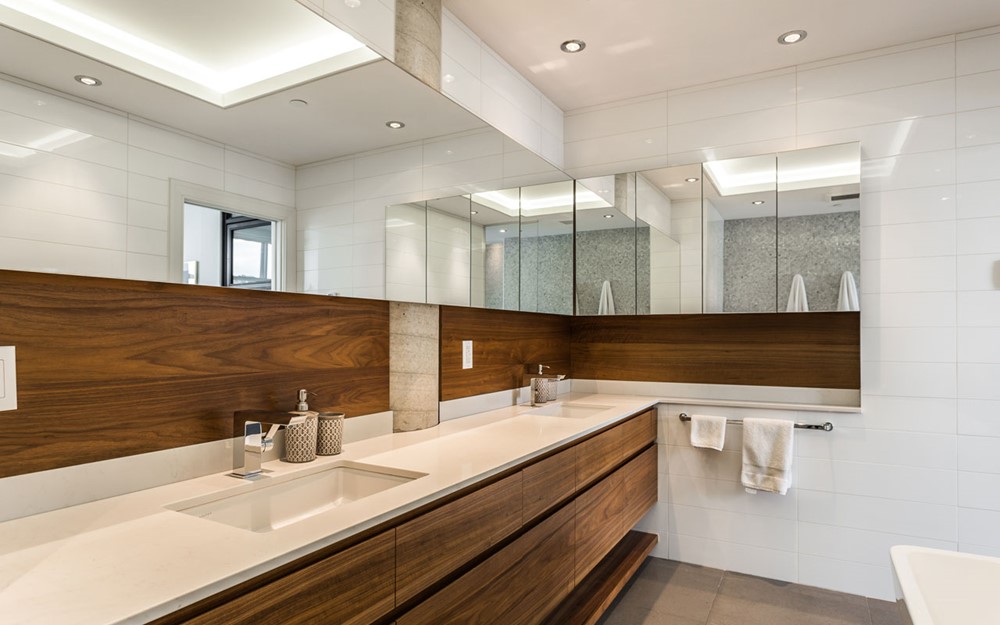 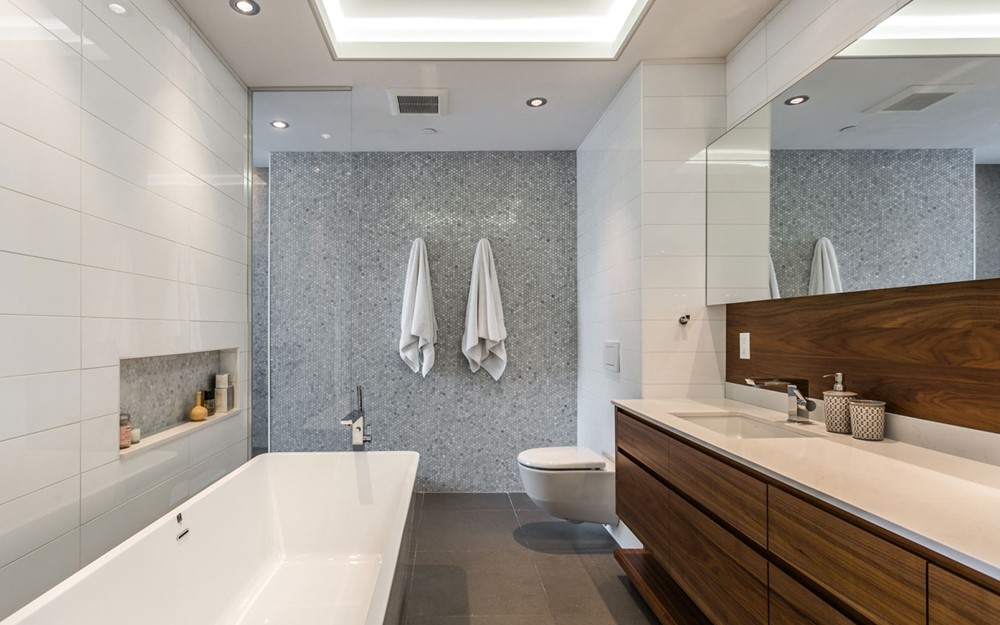 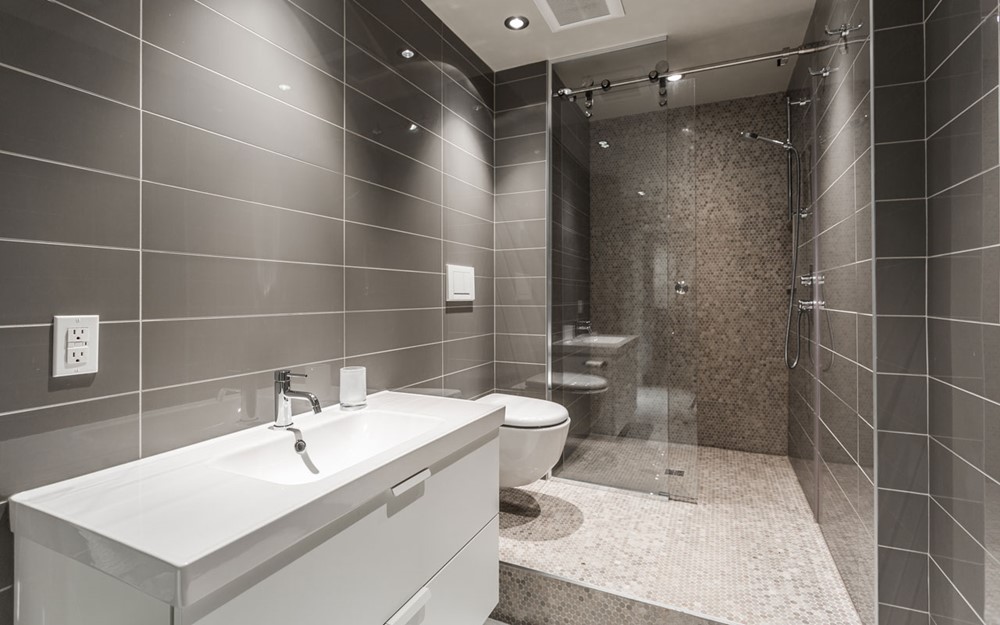 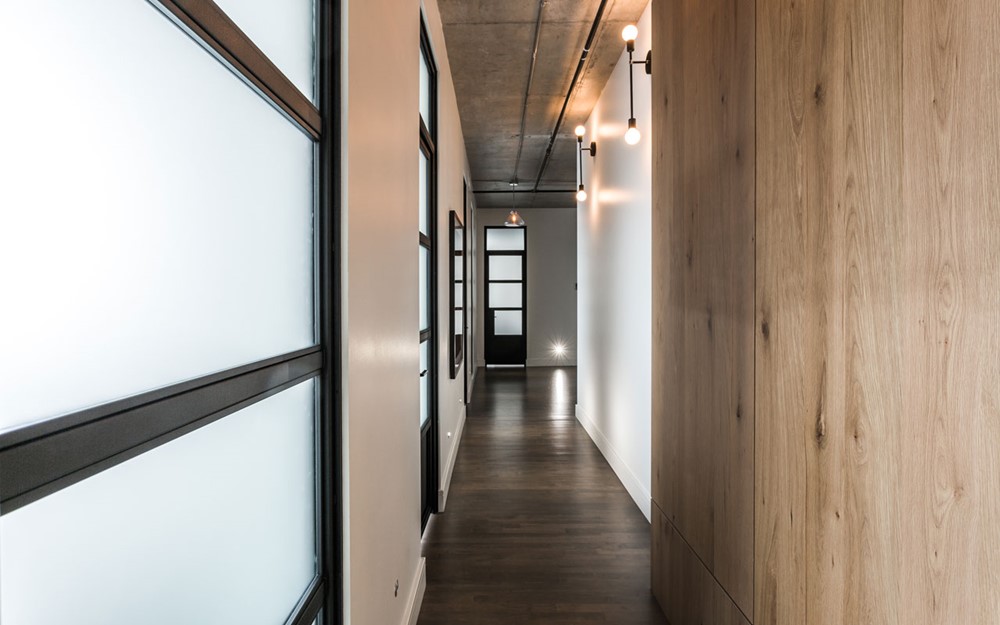 While keeping the “industrial loft” style of the original project, we were asked to add elements that would make it more sophisticated and enrich the overall atmosphere.

Focusing on the gorgeous and abundant windows that afford an exceptional view and a generous amount sunshine, the design featured two main sections, the living areas in one of the original units, and the private quarters in the other.

To minimize the feeling of a long corridor, horizontal windows were used to break up the line and let in natural light. In addition, the wall paneling used in the kitchen was also used in the corridor to ease the transition between the two units.