Twosome House designed by Atelier RZLBD is a two-storey, 540-square-metre Etobicoke home designed for a family of five. Following in the tradition of Louis I. Kahn, floor plans are defined by precise regulating lines. Two axes divide the property into distinct zones, with rooms plotted according to their program. This organization of “public/private” & “servant/served” spaces establishes a clear sense of order throughout the home. Photography by Borzu Talaie. 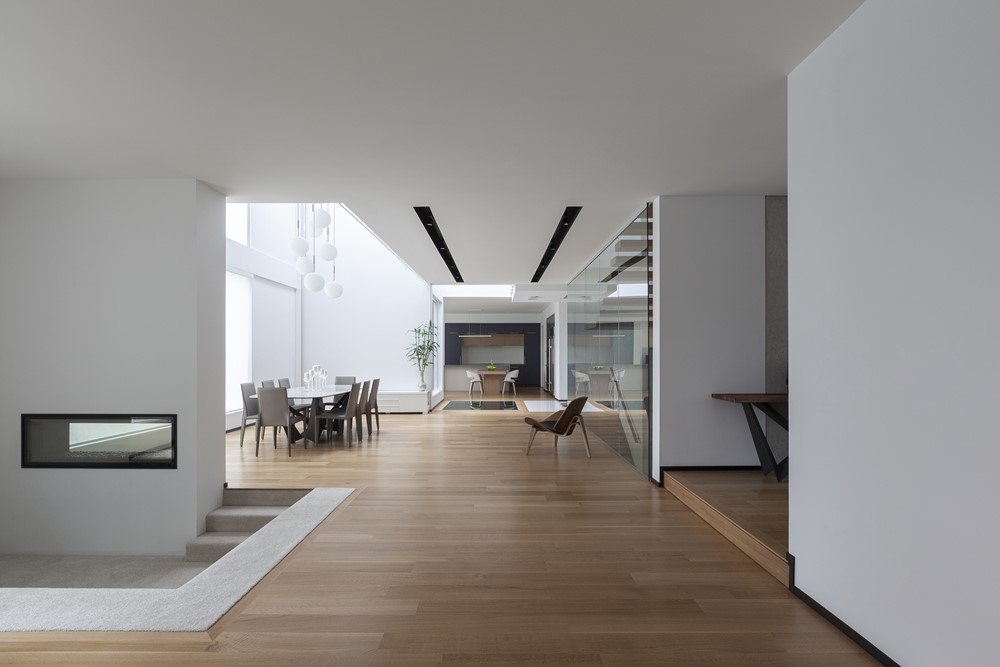 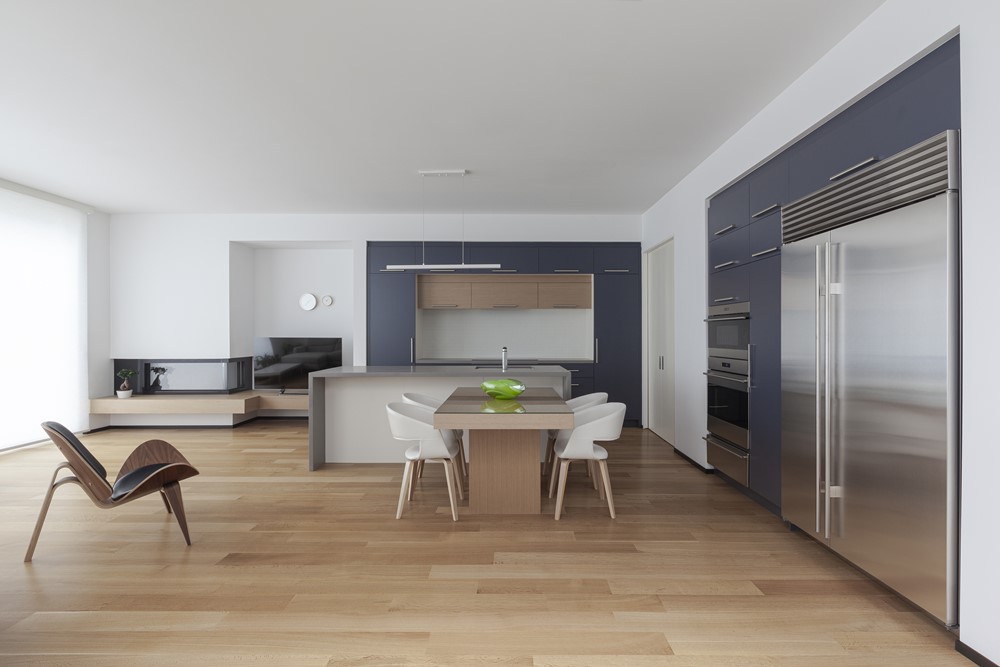 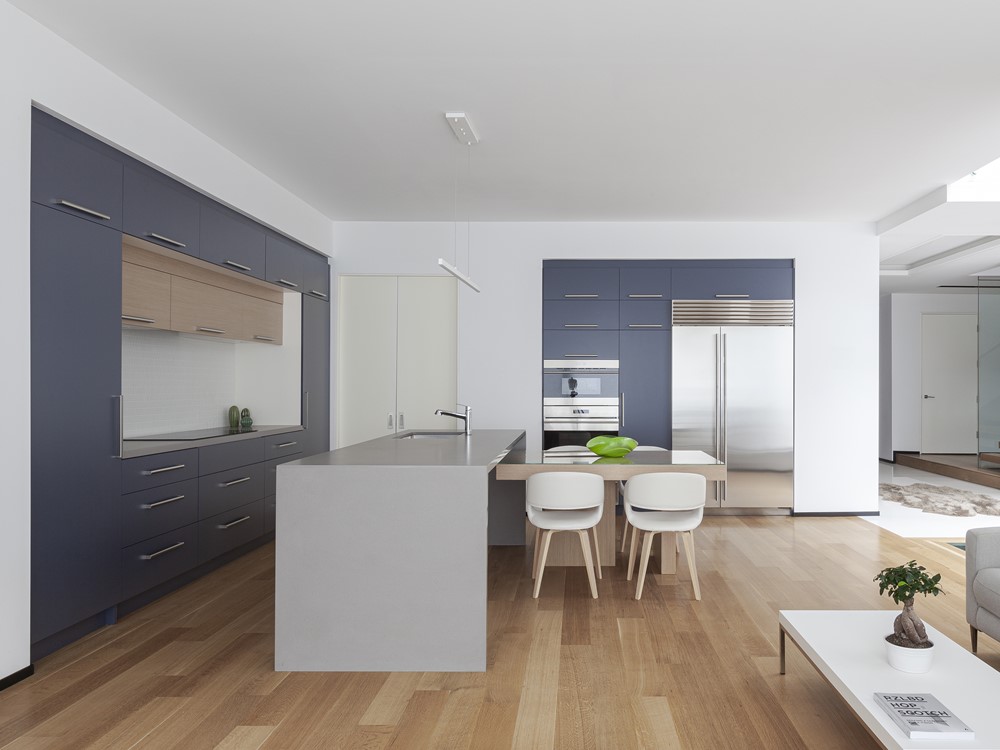 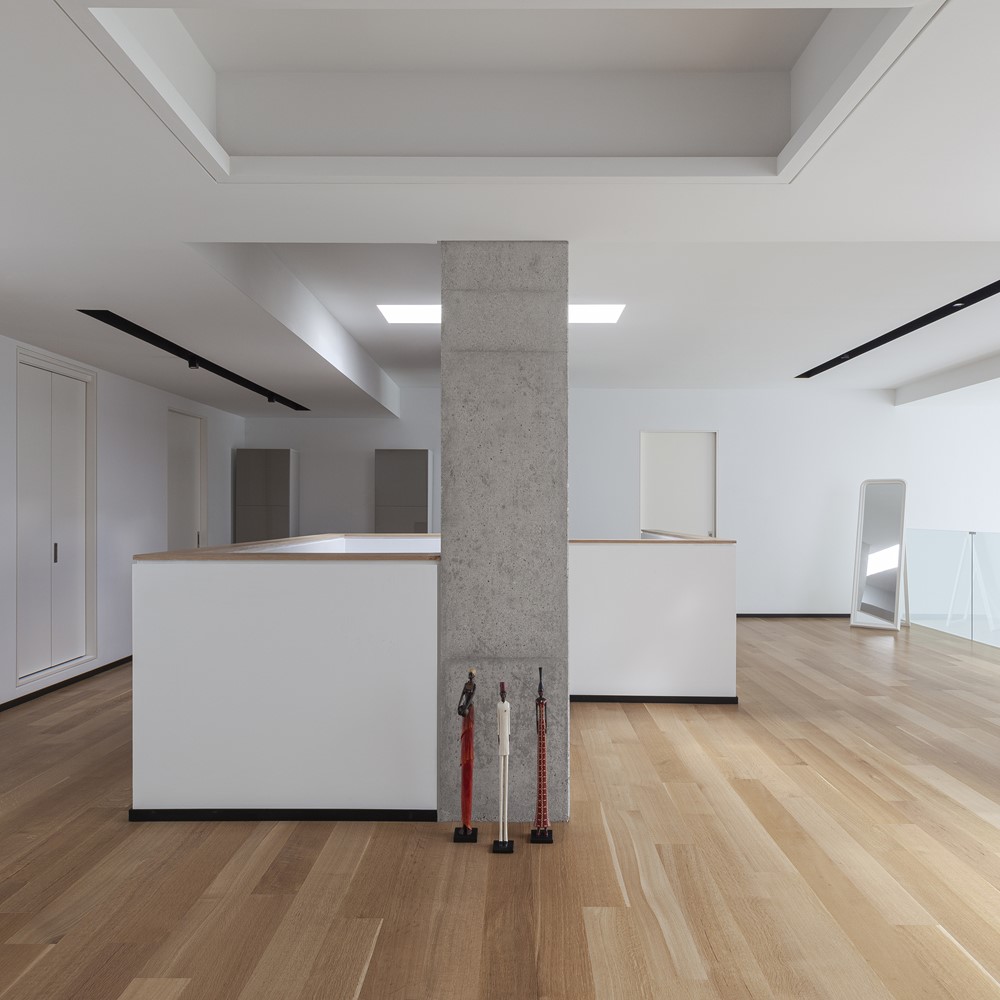 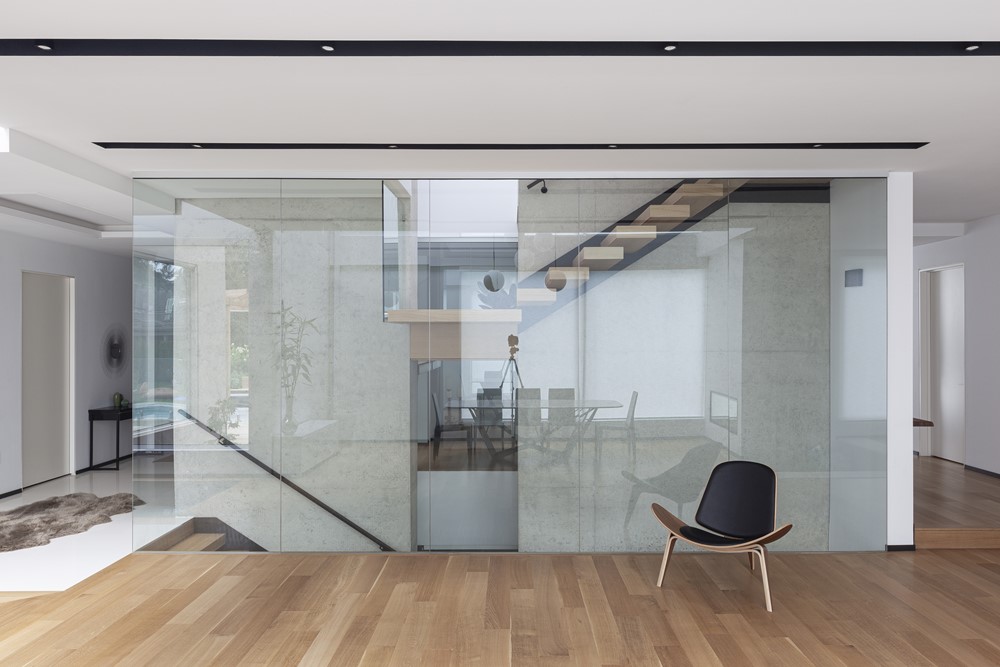 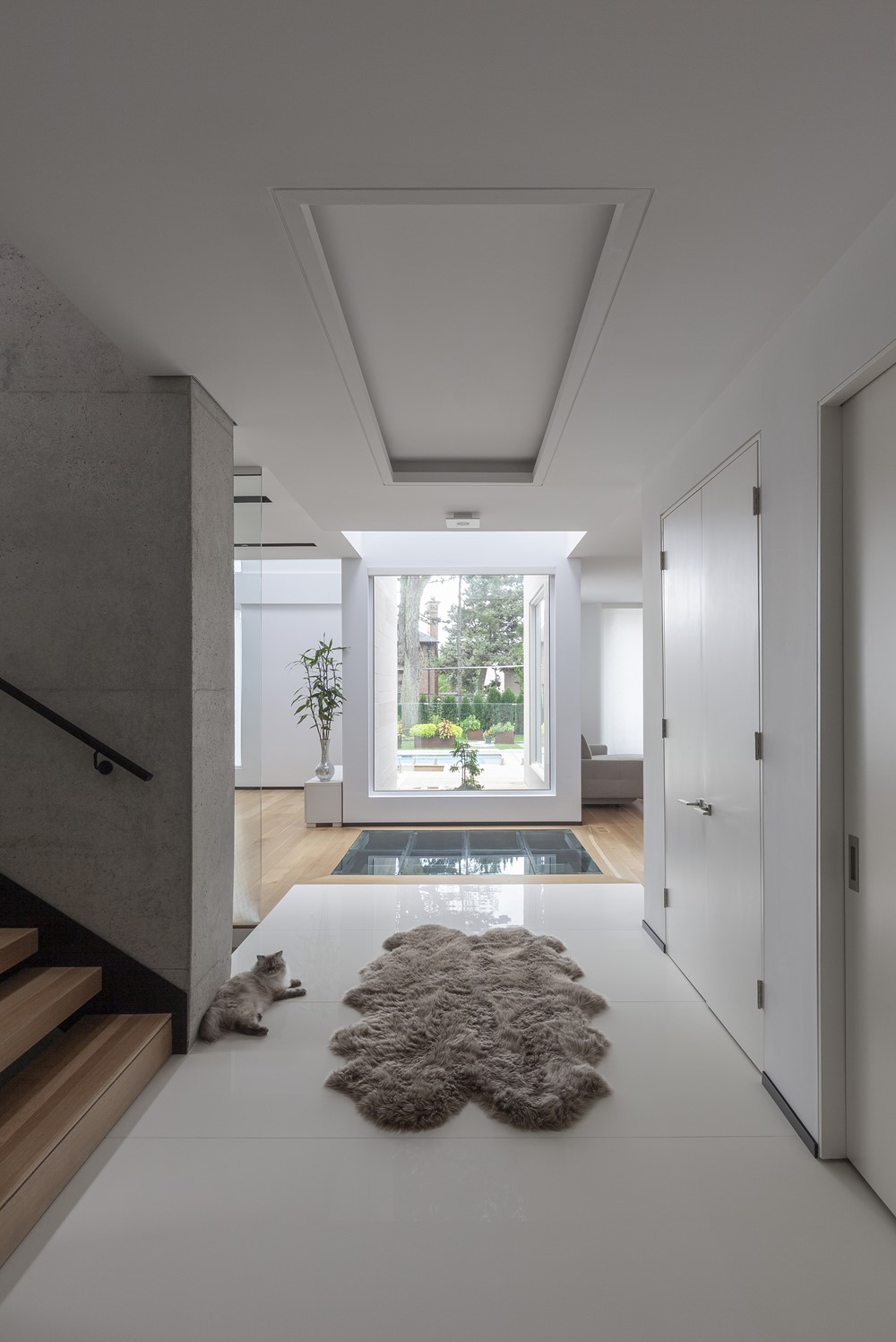 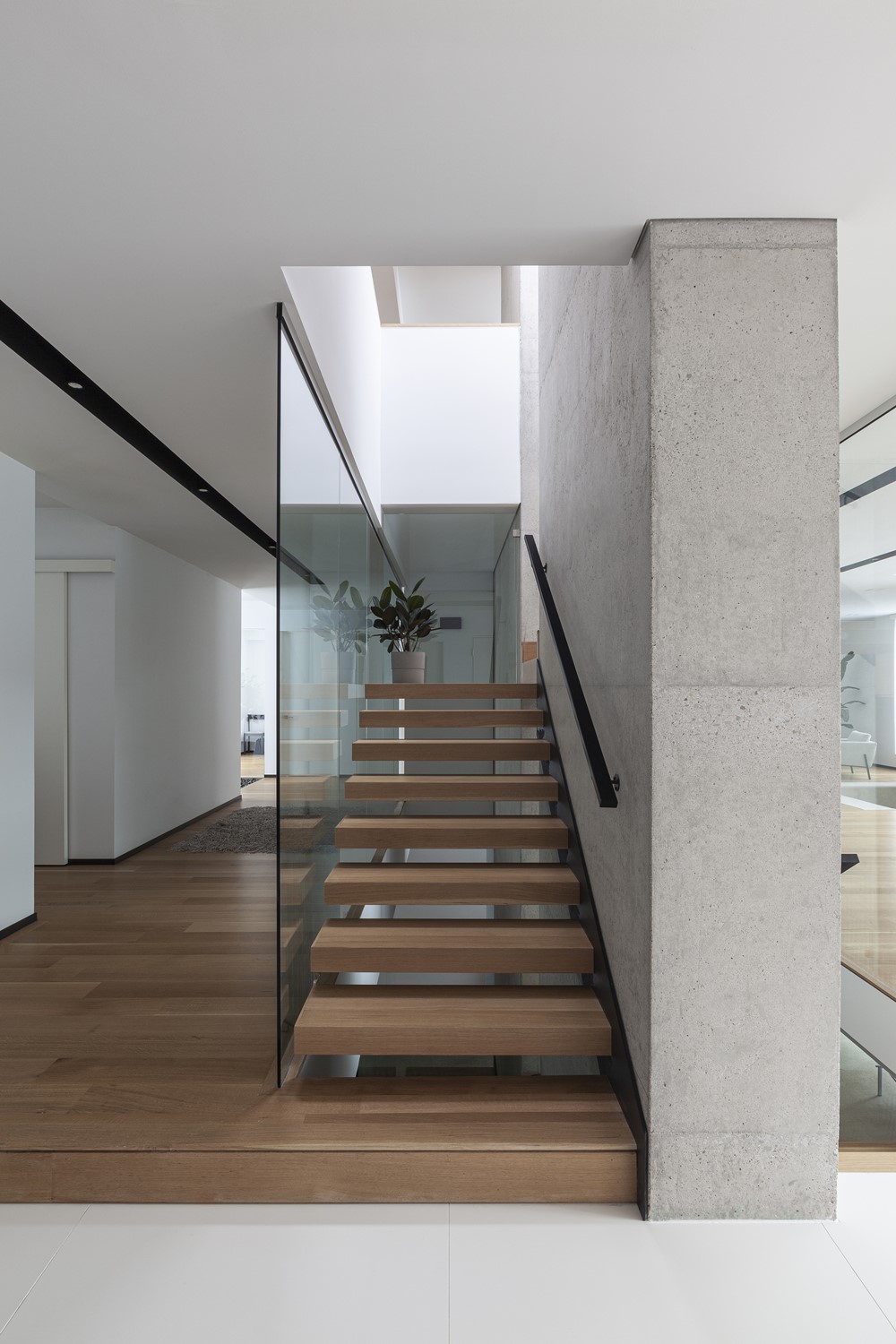 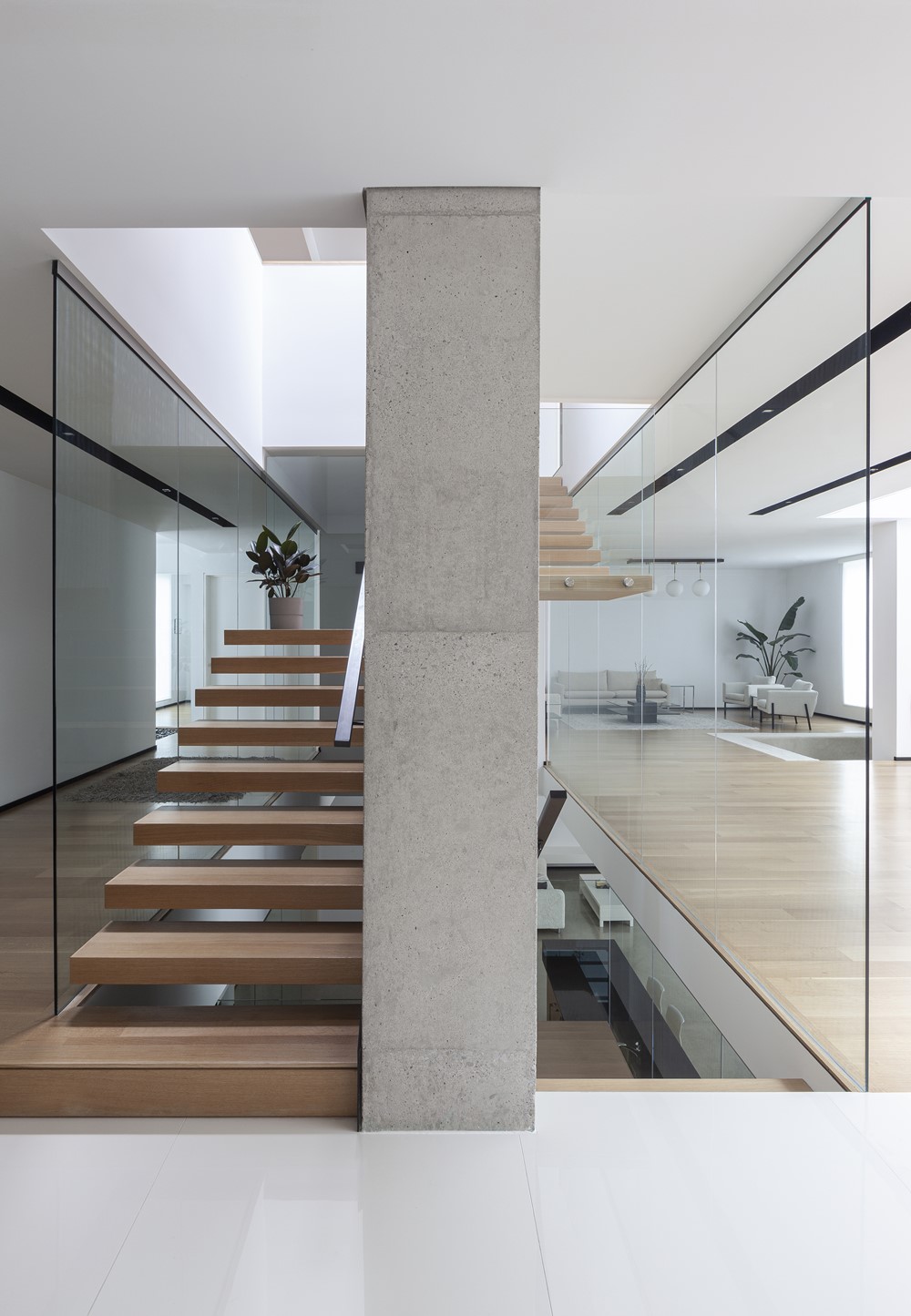 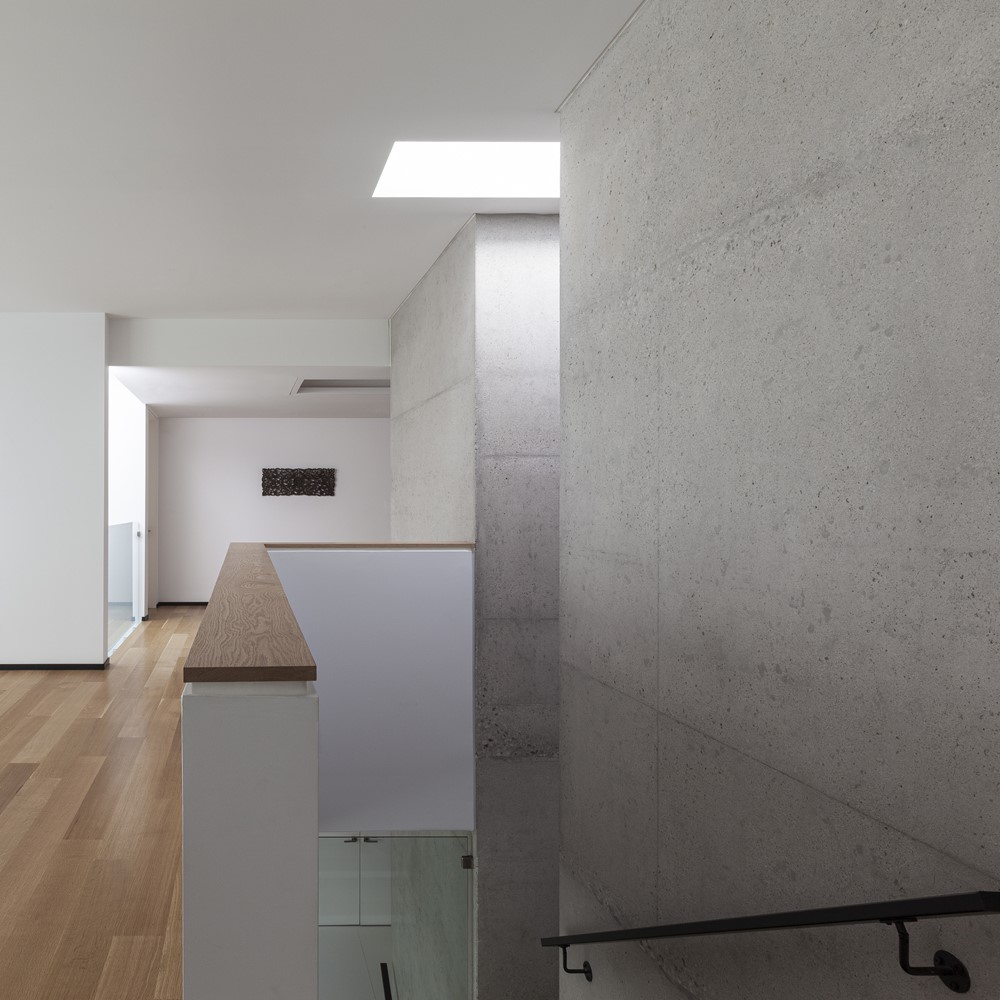 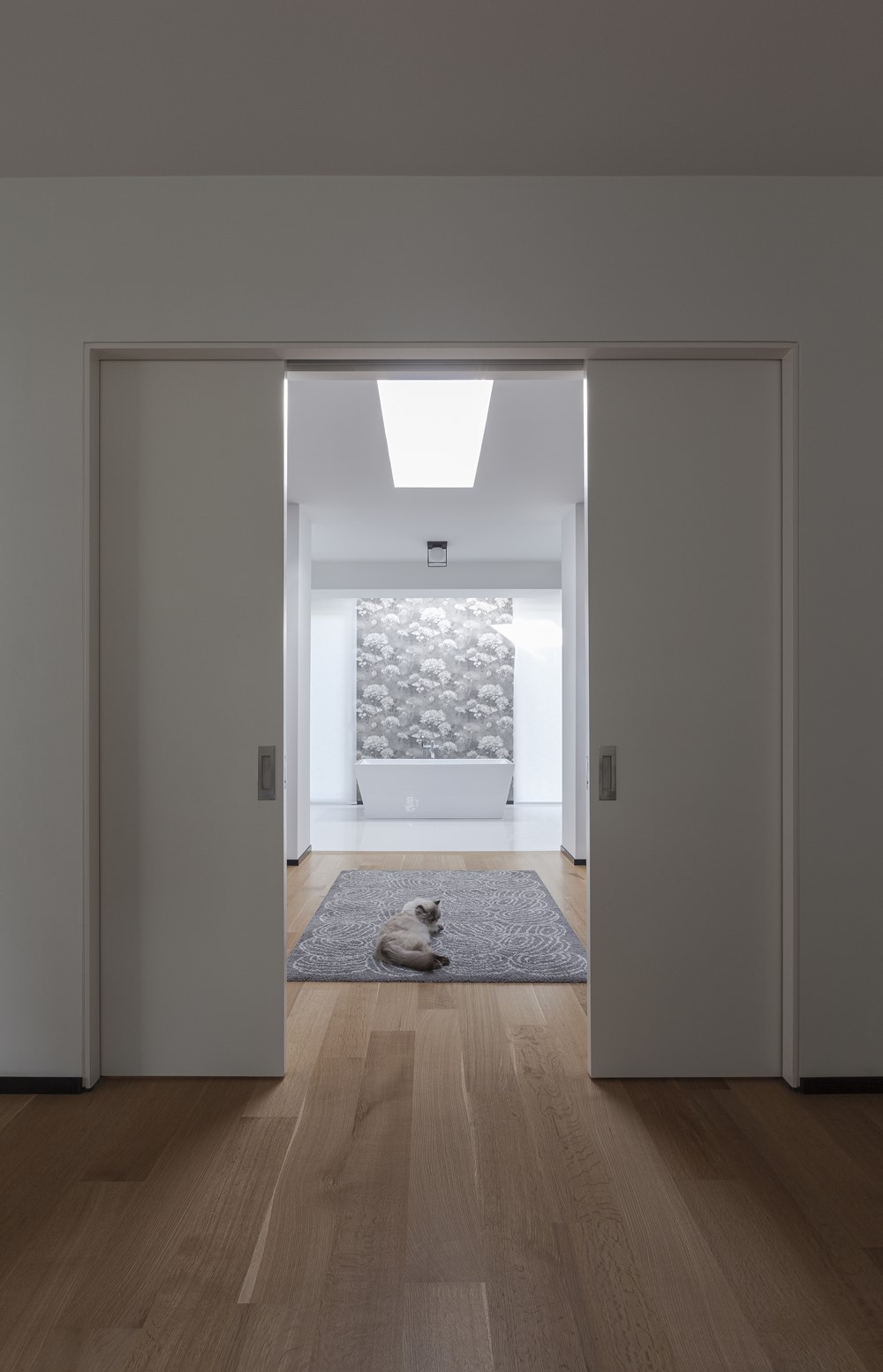 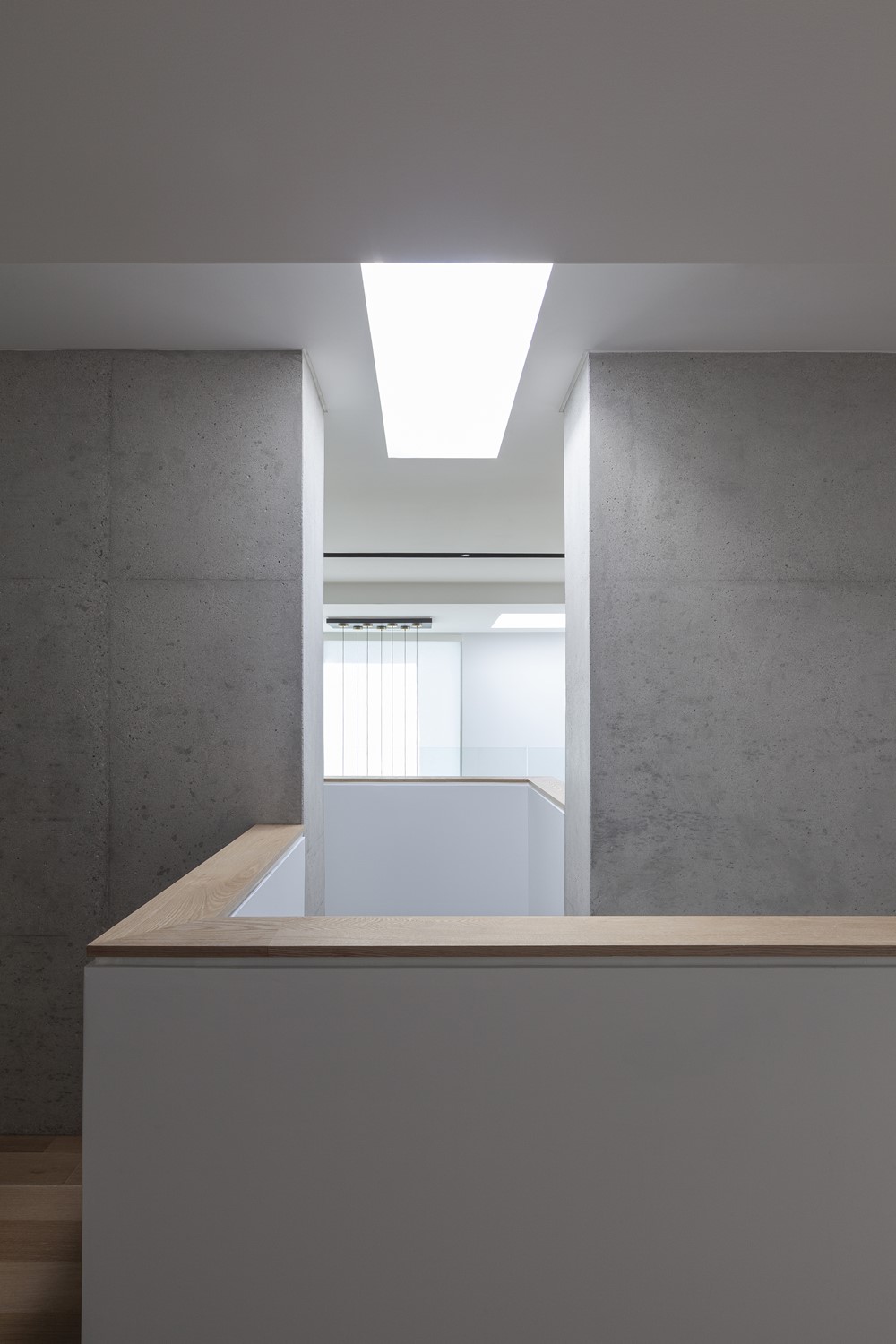 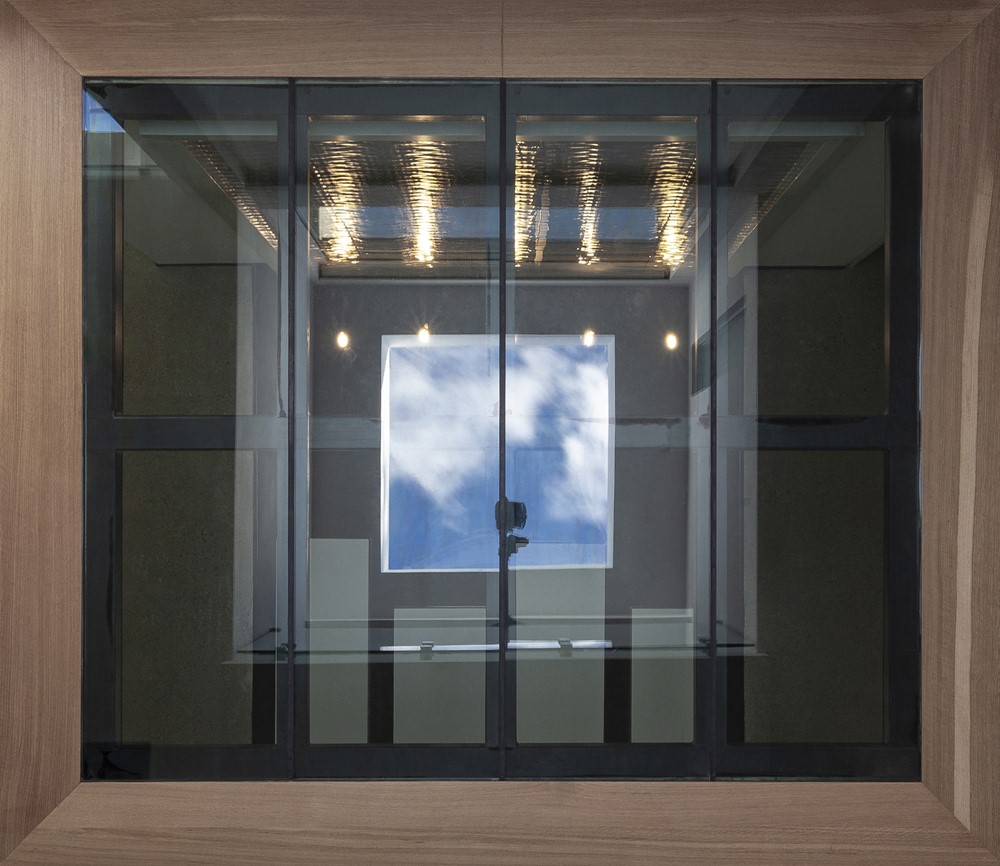 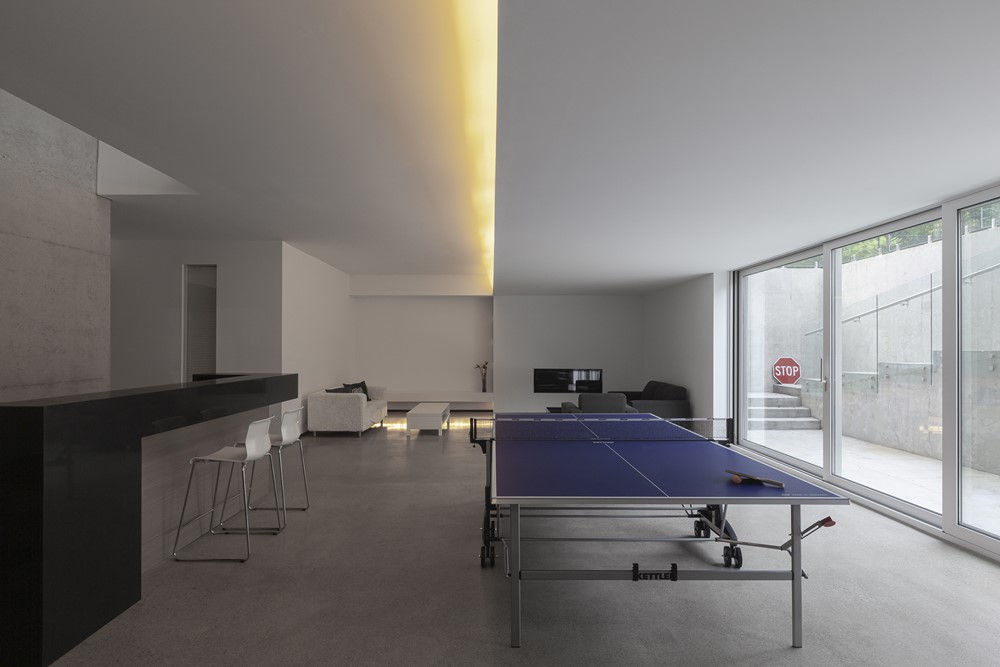 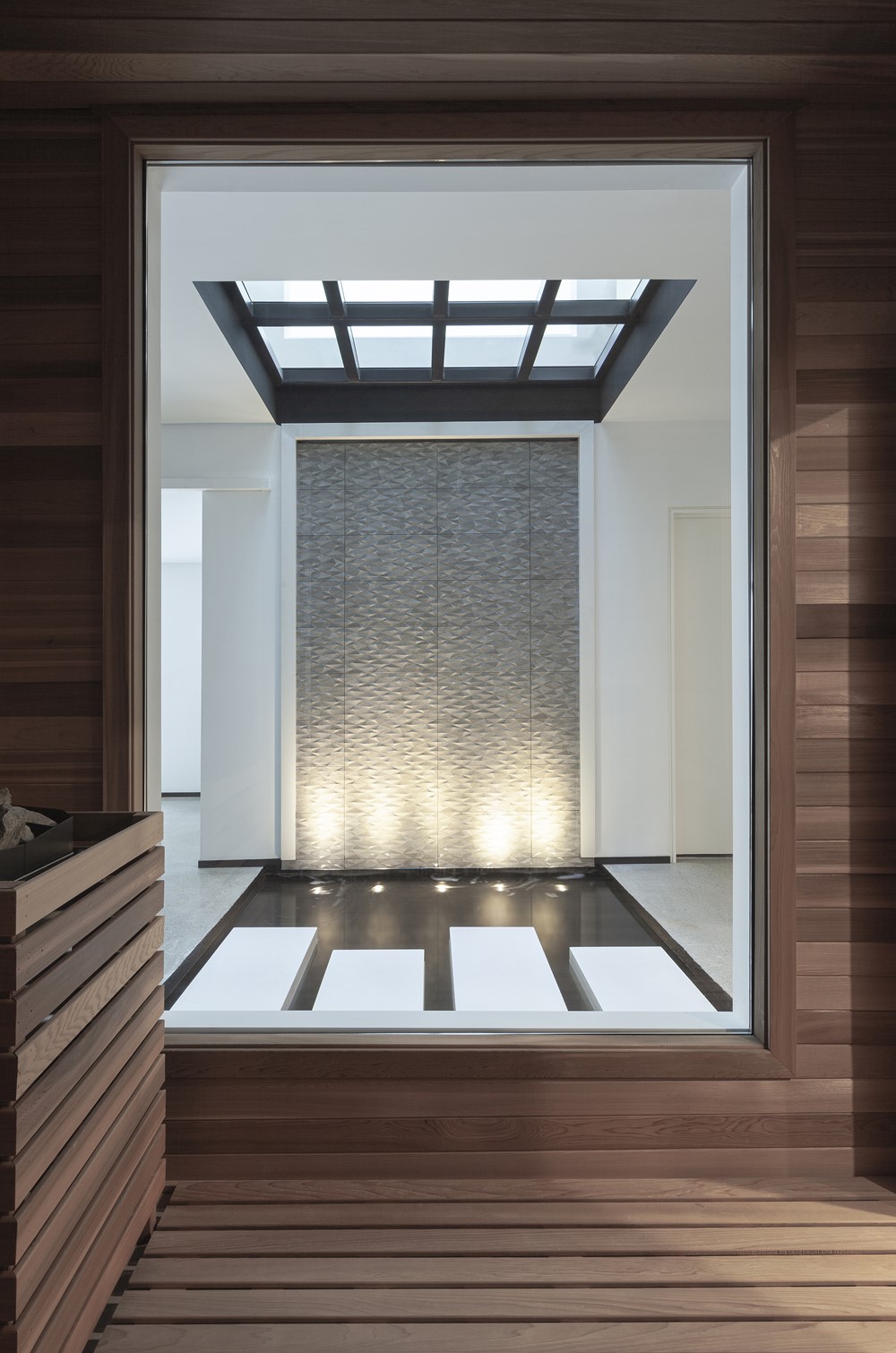 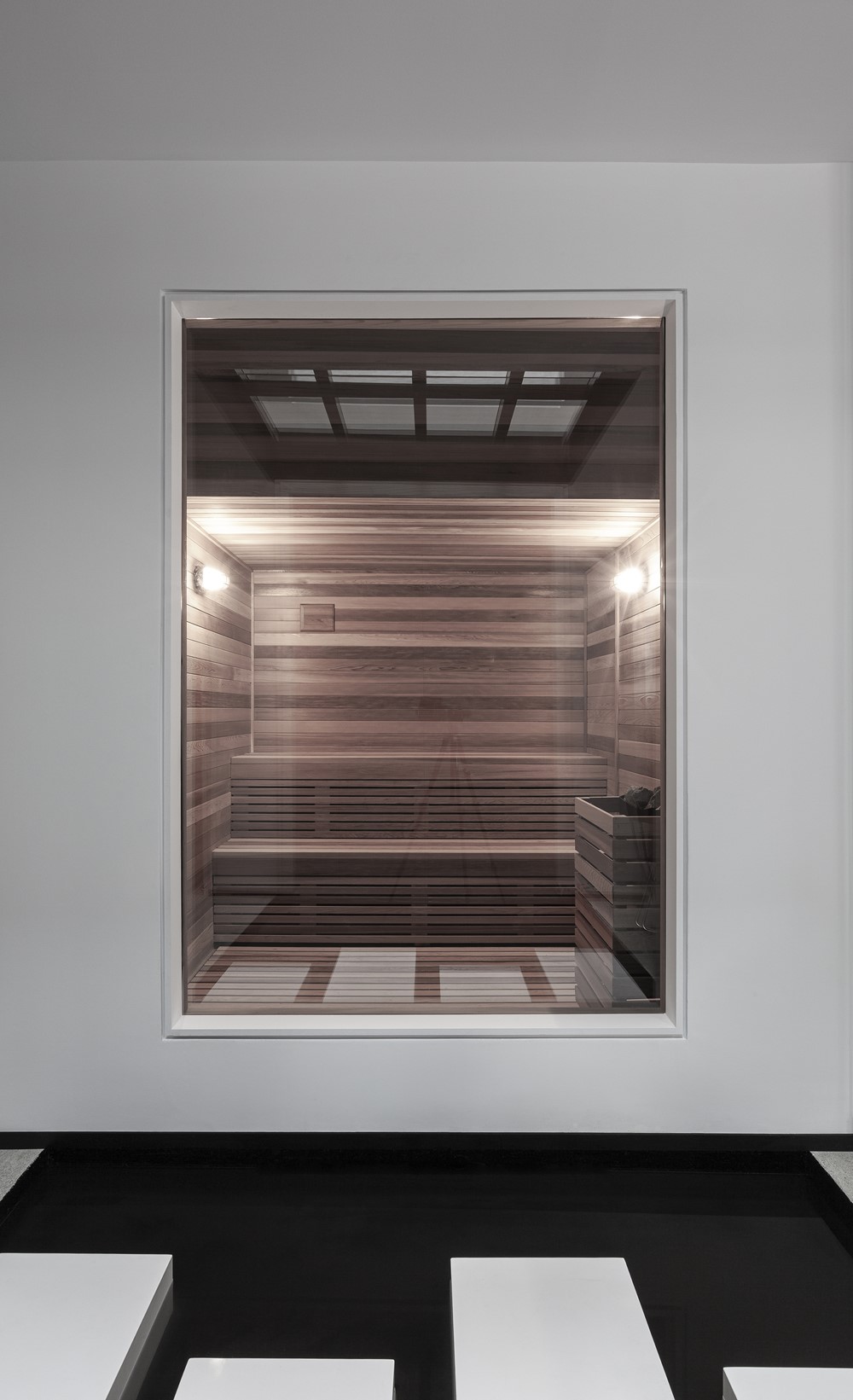 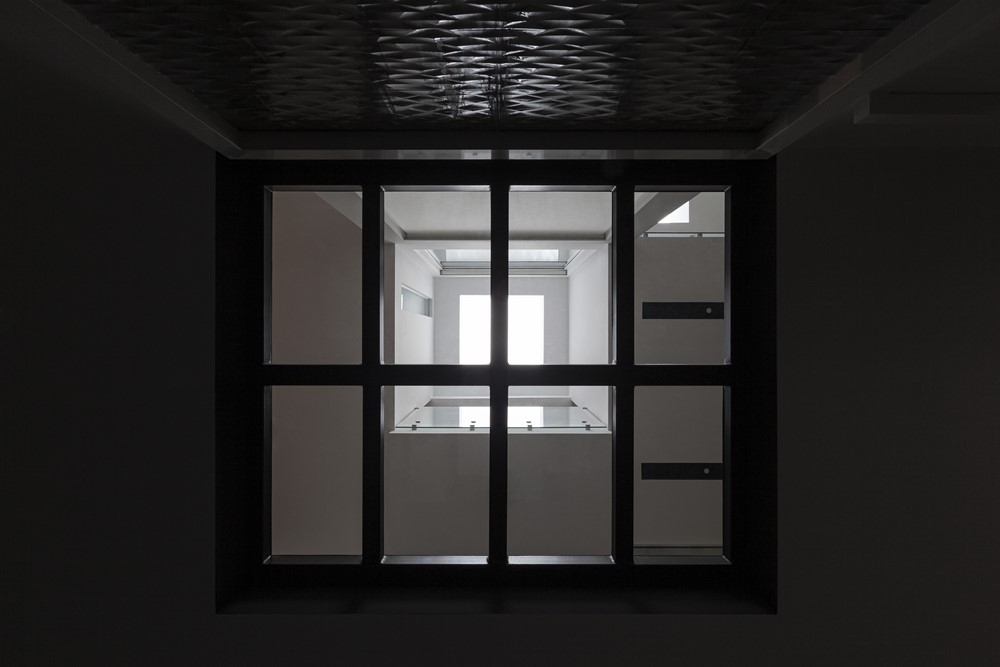 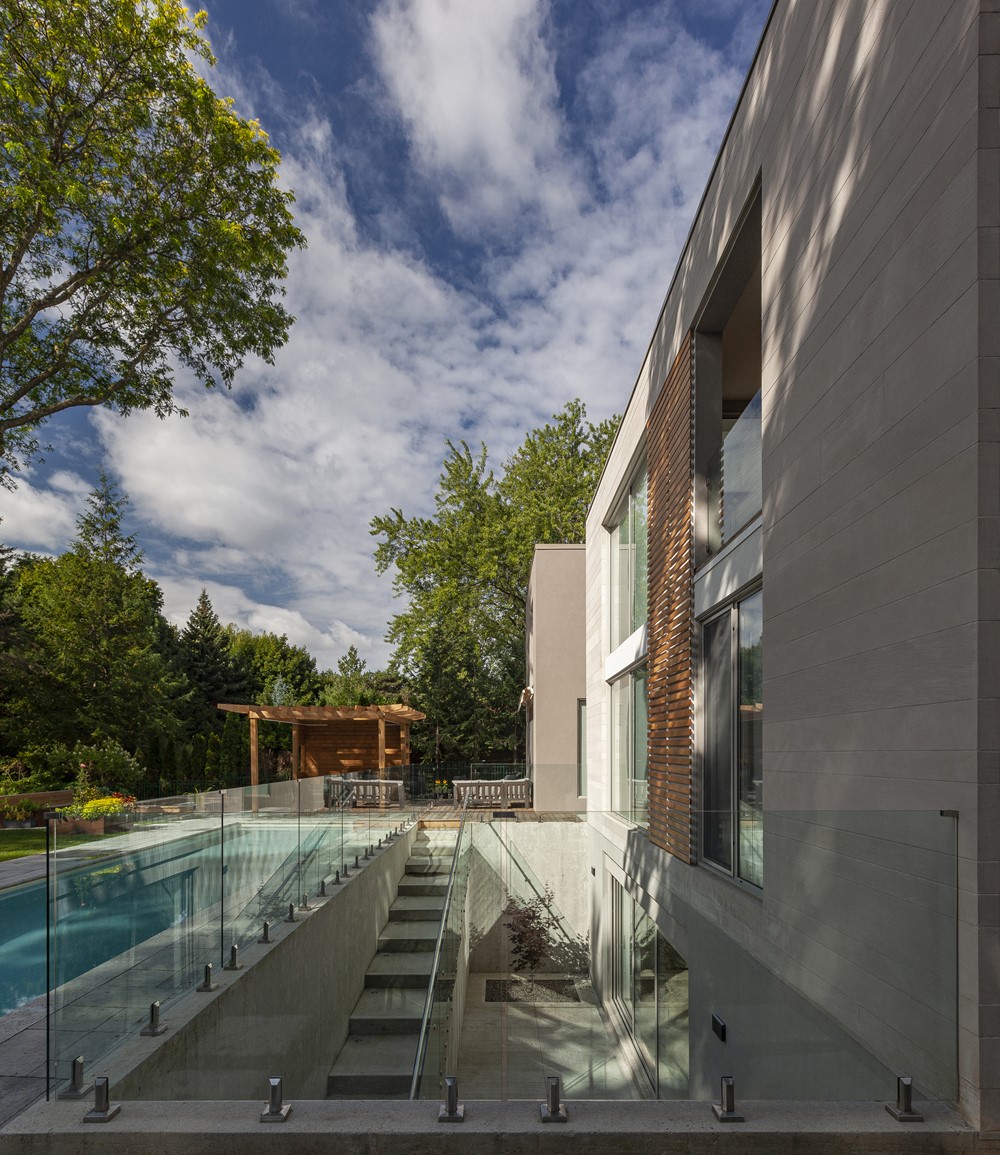 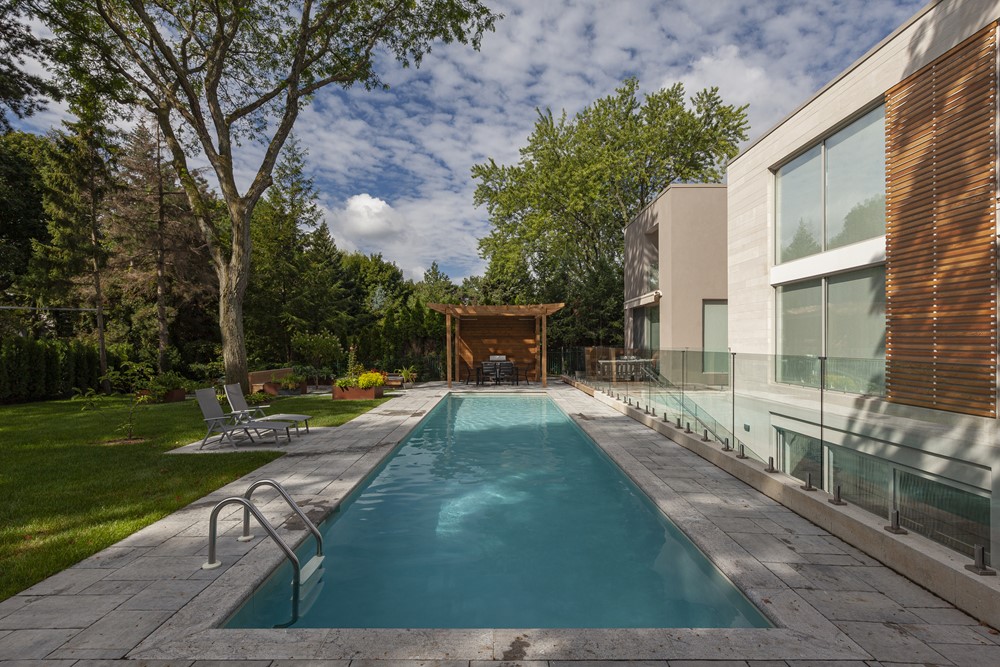 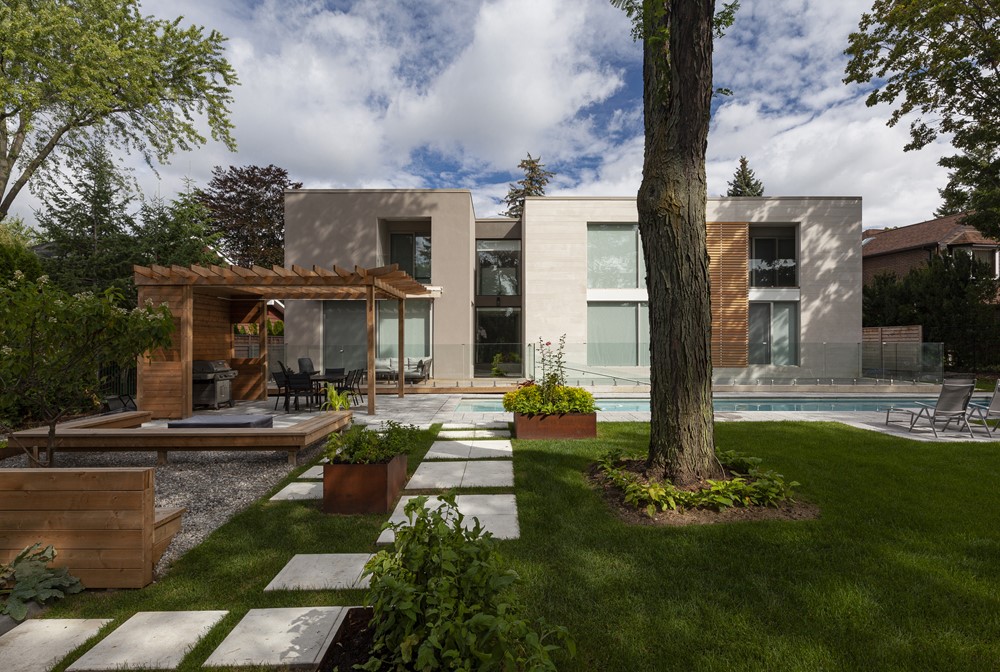 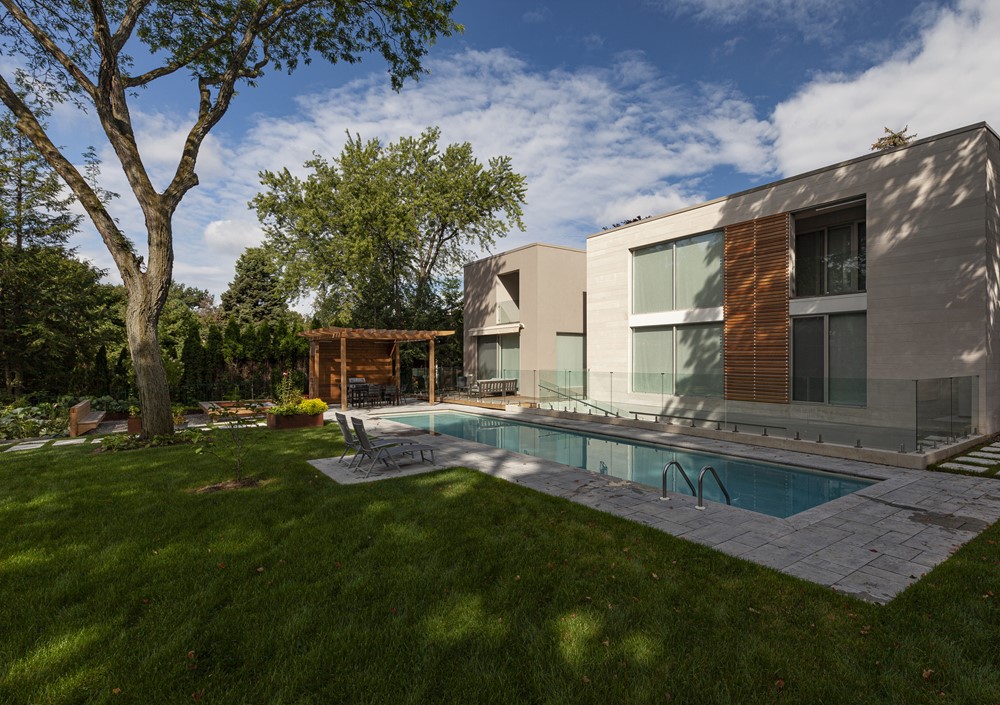 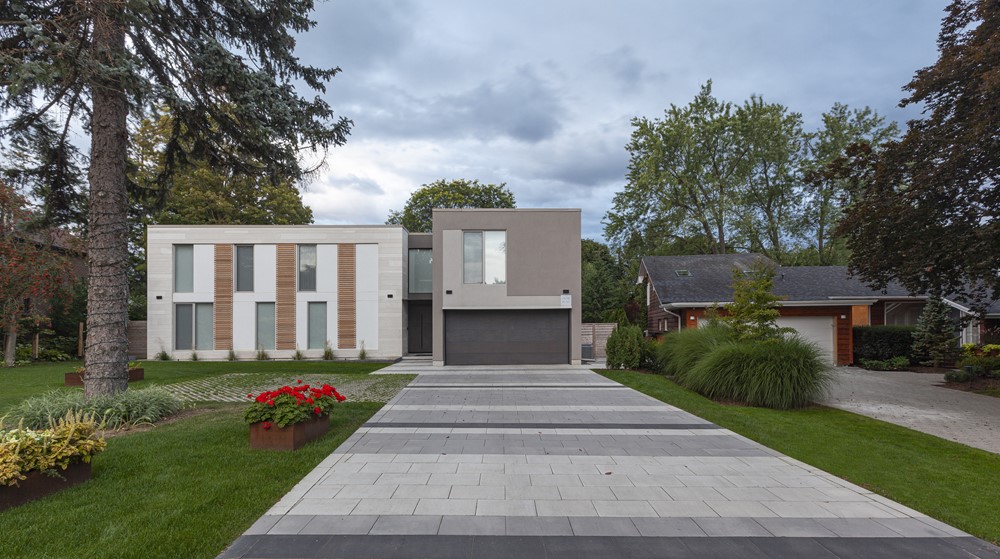 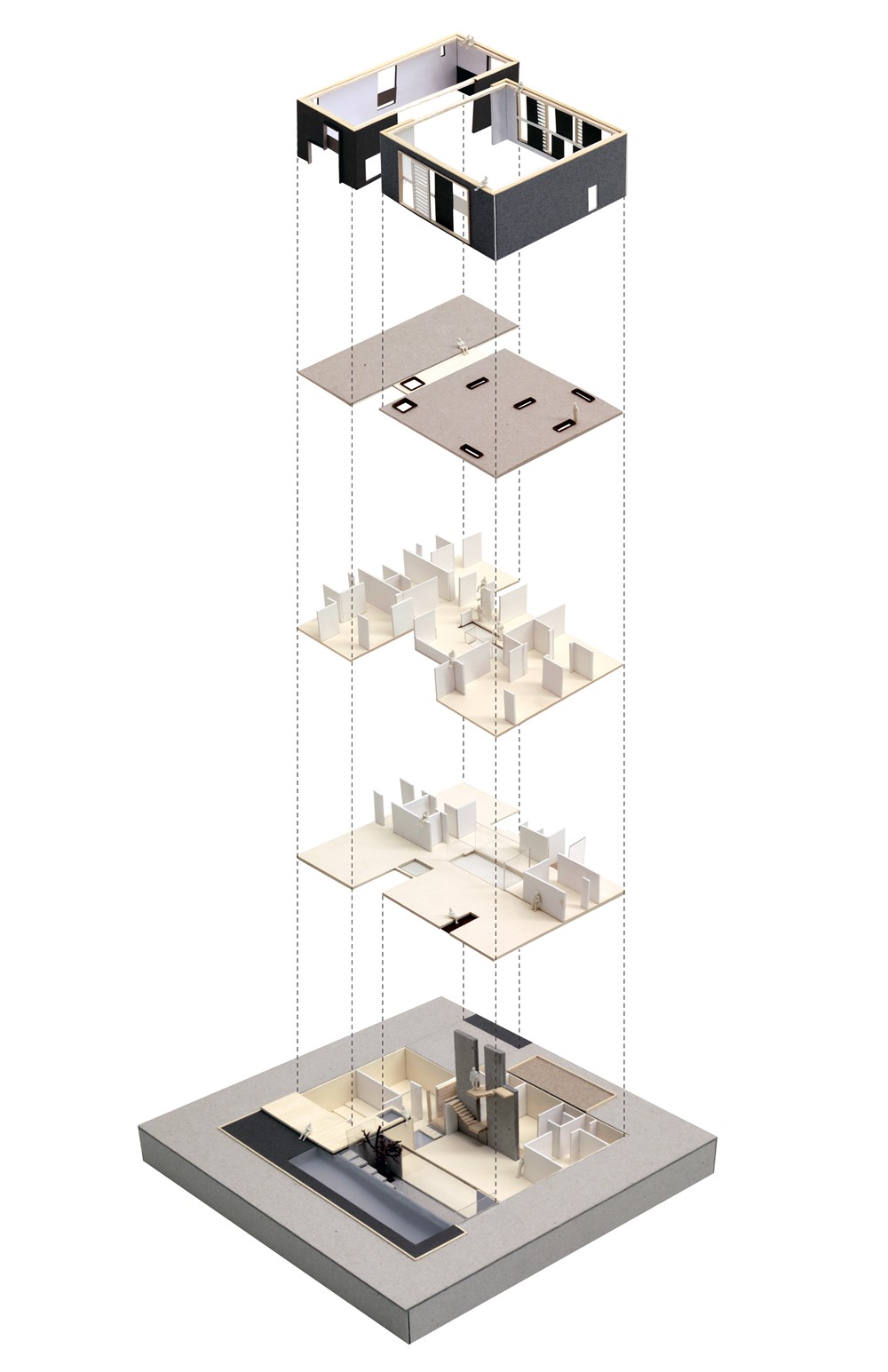 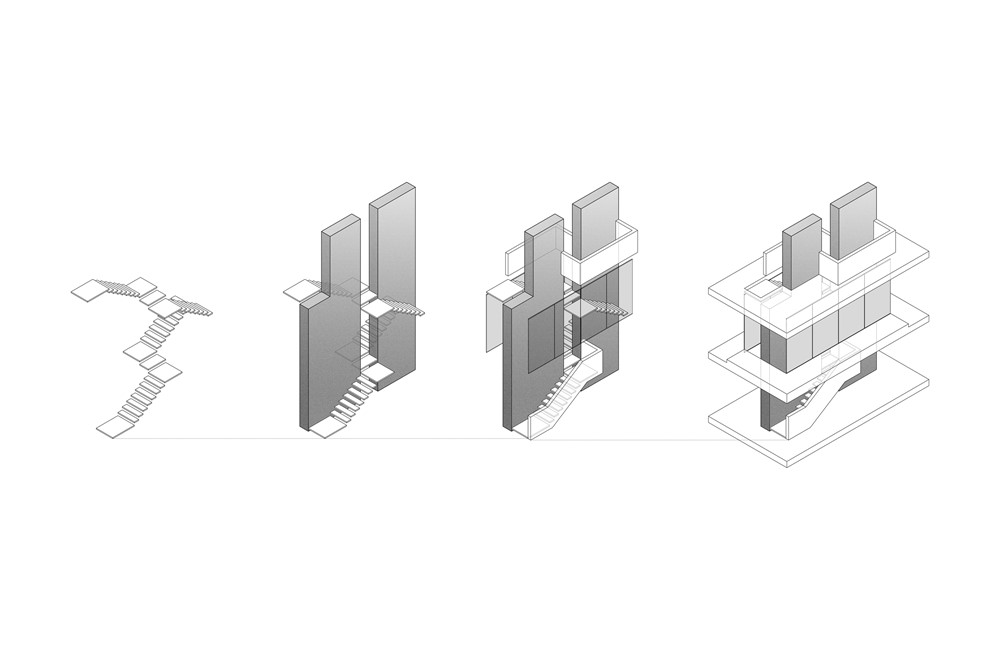 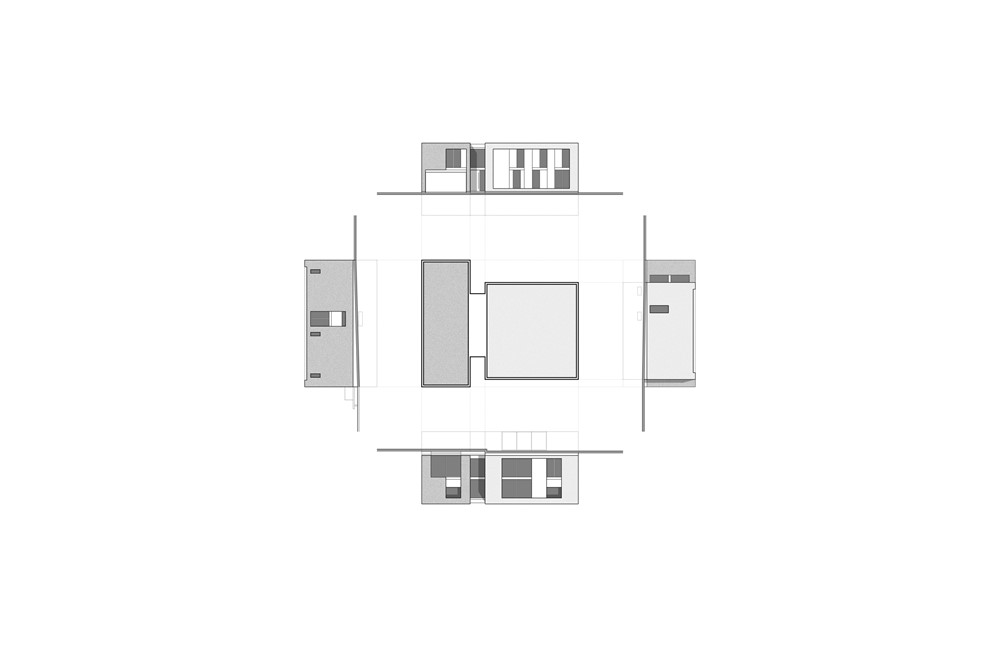 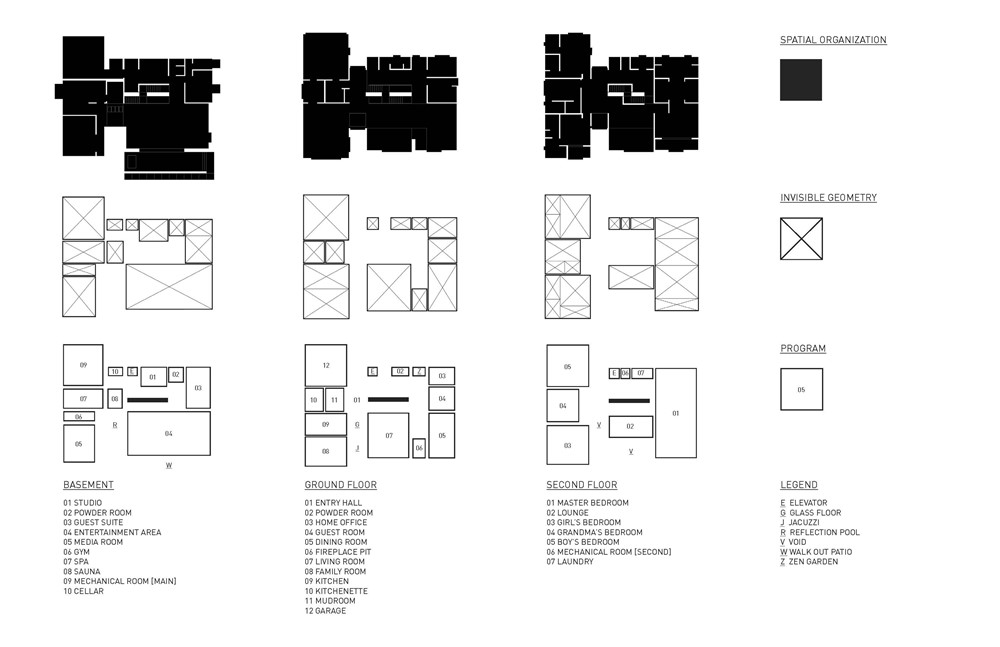 The first of the project’s dividing lines runs north to south. Upon approach, the structure presents as two distinct volumes: a stuccoed rectangular western block, and a square-shaped eastern wing clad in stone veneer. This two-part configuration separates family-oriented areas (kept to the west) from open spaces meant for hosting guests (which dominate the eastern side). On the ground floor, that translates into an intimate kitchen and family room tucked into the more narrow western corridor, and, in the square-shaped wing, a flexible living room that feels appropriately stately in scale. A slightly recessed two-metre-wide passageway acts as a point of reference between these halves, and serves as the home’s main entrance.

A second delineating axis runs east to west throughout the eastern portion of the home. The central focal point of this volume is a triple-height concrete wall that supports a wraparound staircase. Intended as a symbol of rigidity introduced to establish the home as a sturdy fortress, it also functions as a boundary: to one side of this wall are rooms that cater to service activities best kept out of sight, while to the other side are more flexible entertaining spaces. For instance, on the second floor of the home, the area on the north side of the staircase is occupied by a laundry room, the second mechanical room, and an elevator, while the area south of it is dominated by a landing that overlooks the striking double-height living room.

While the house’s two-volume scheme organizes its program, the plan also has visual and environmental benefits. For one thing, it softens the scale of the substantial property to make it less imposing than other nearby homes. For another, it improves heat and light management. The rectangular western volume functions as a brise soleil, protecting the adjacent wing from both sun and wind. Radiant heating in the basement, an operable double-height shade that partially covers the eastern wing’s southern windows, and the inclusion of two separate mechanical rooms round out the home’s energy strategies.

As one of the homeowners works in the health industry, amenity spaces that promote wellness were another priority. The project includes both an exercise room and an outdoor infinity pool, as well as a sauna and jacuzzi for post-workout recovery. Just as important, the design introduces tranquil moments that promote a closer connection to the surrounding elements. For example, a glass floor in the first storey corridor allows light from a skylight above — one of seven total — to reach down to a reflecting pool installed outside the basement sauna below.