Albatross Avenue is a project designed by Studio Workshop. 8 Albatross is a three-storey pair of beach residences with an east-facing aspect toward the pacific ocean, situated along a narrow, busy thoroughfare. An array of vertical fins is deployed to serve multiple functions including sun-shading, privacy, curation of views, and to modulate the scale of the overall form. Photo by Andy MacPherson. 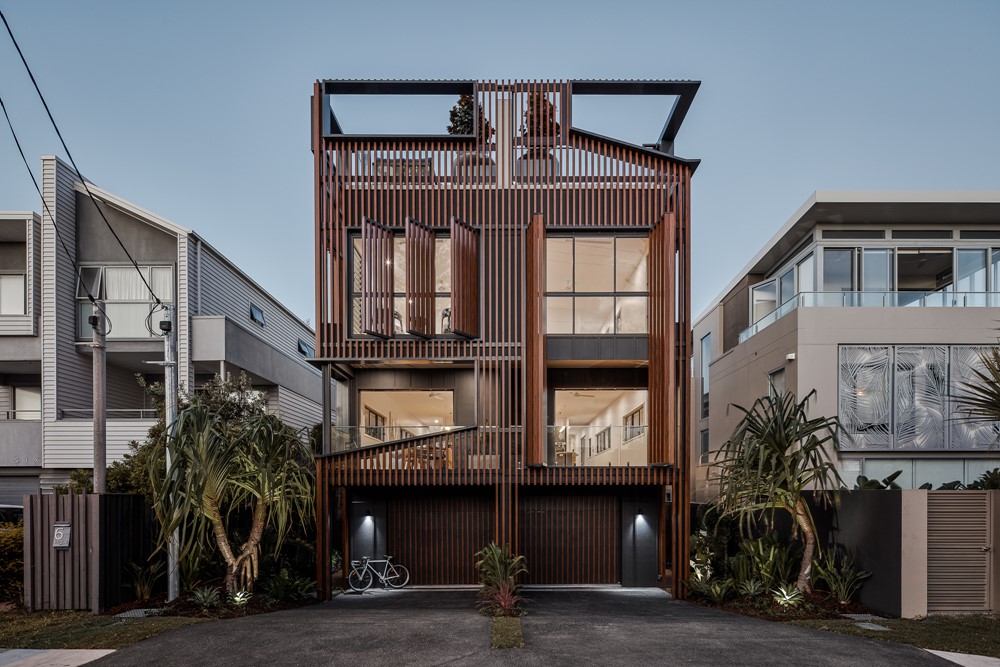 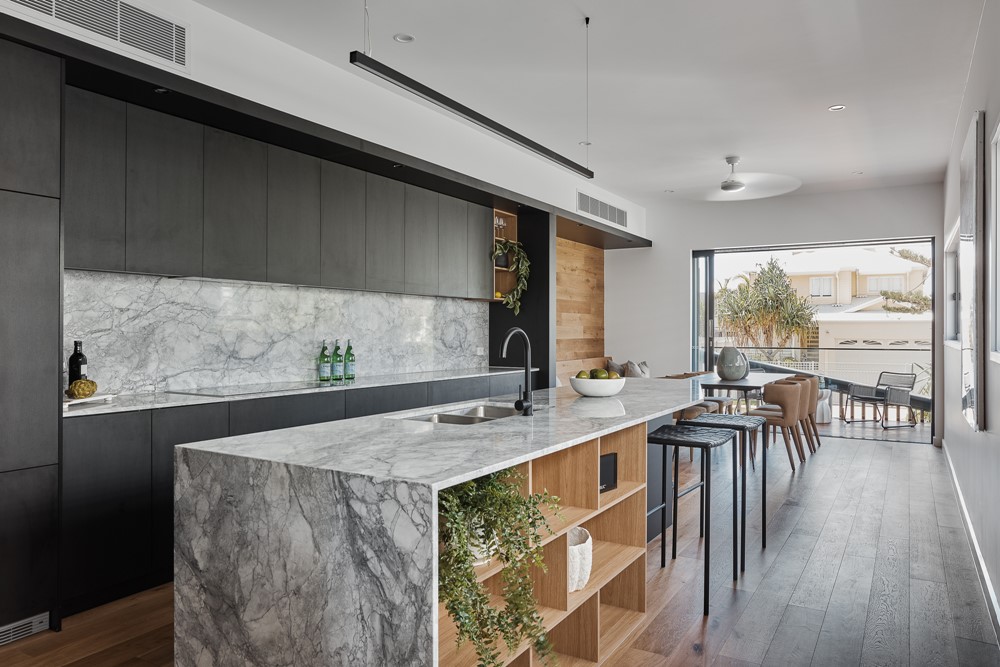 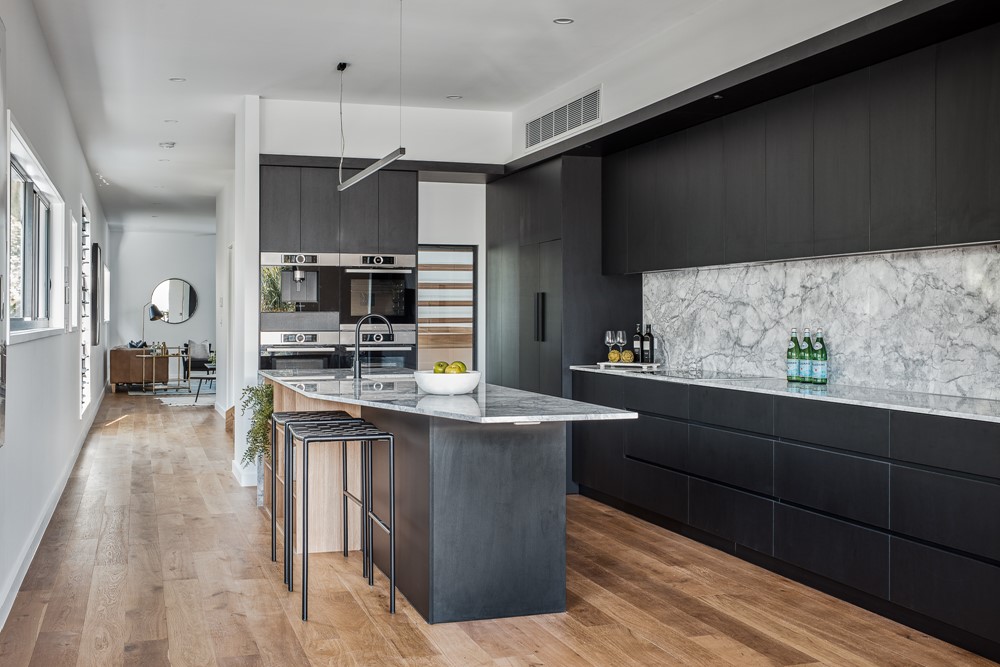 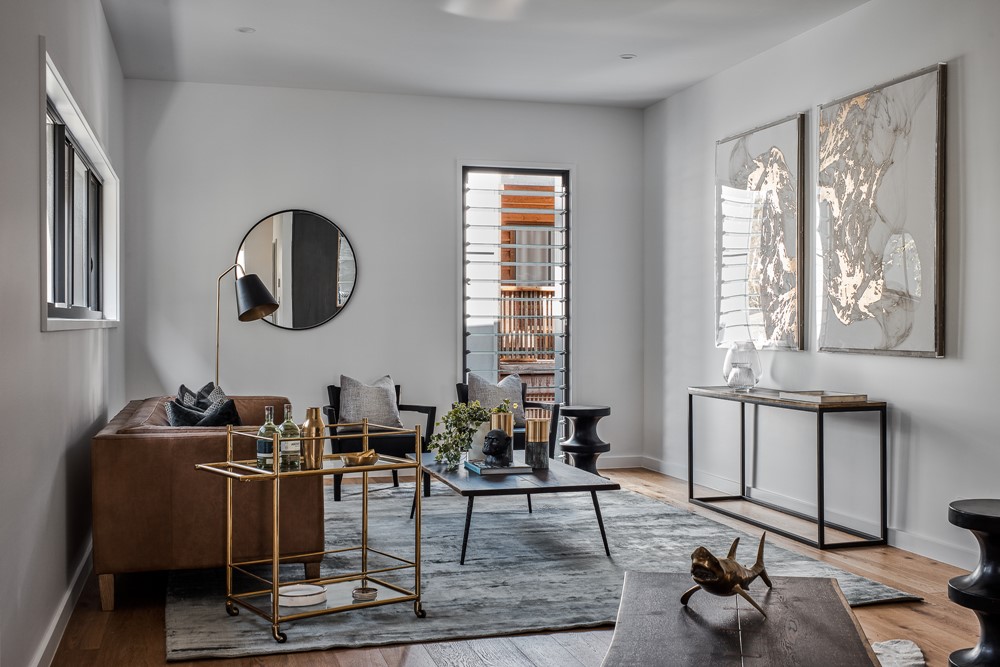 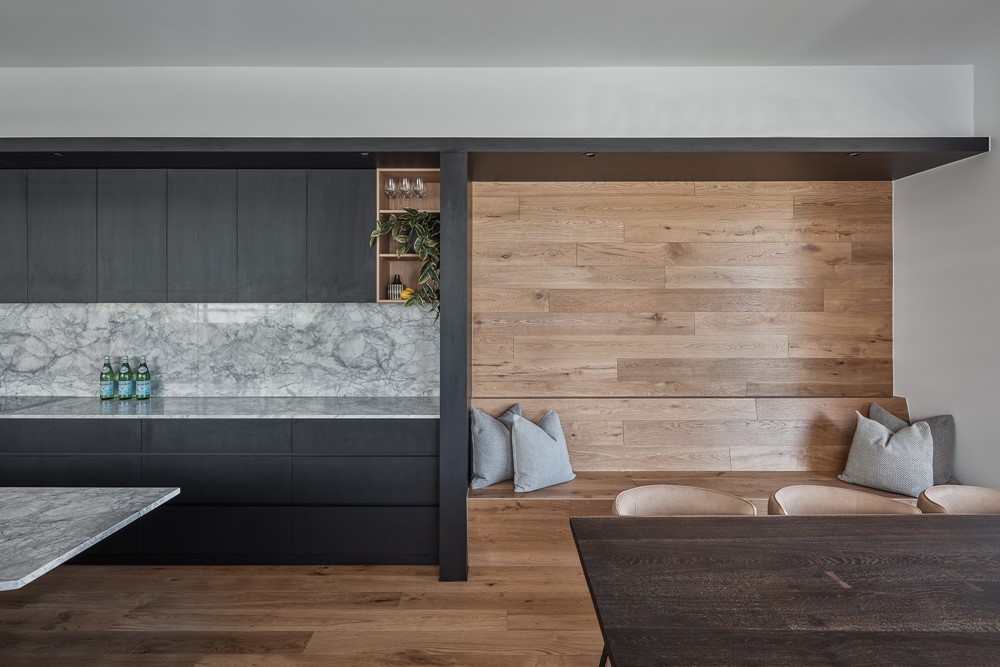 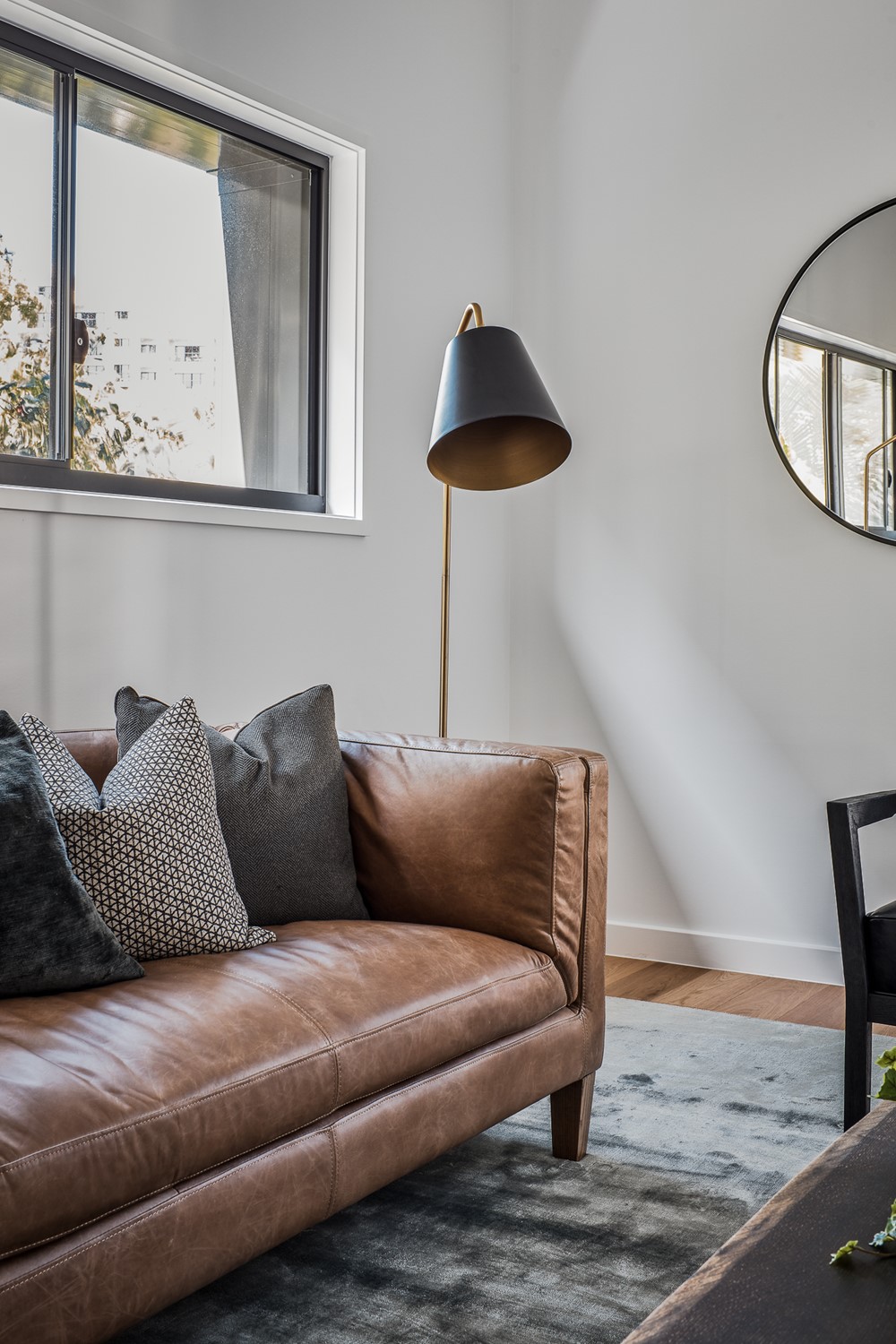 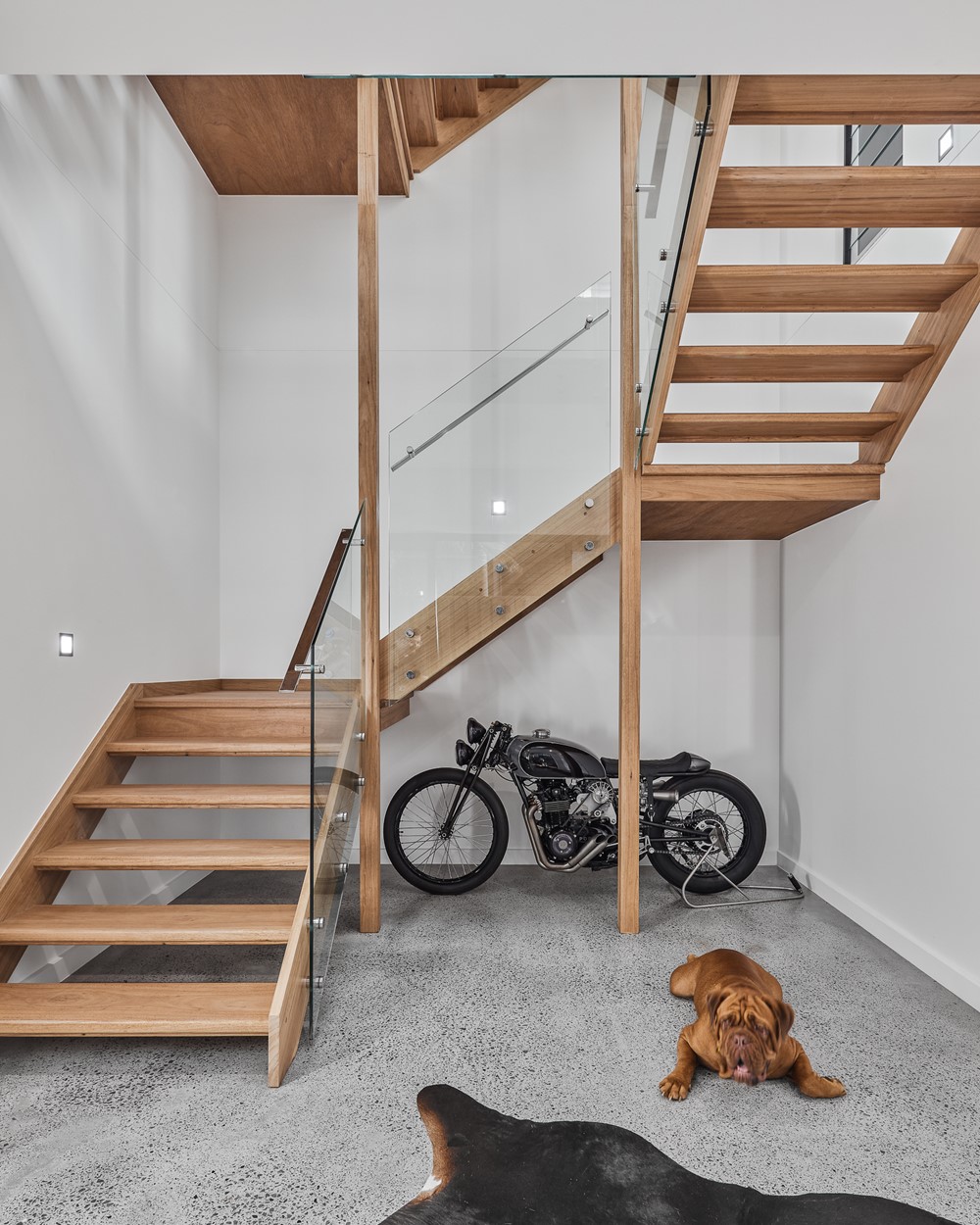 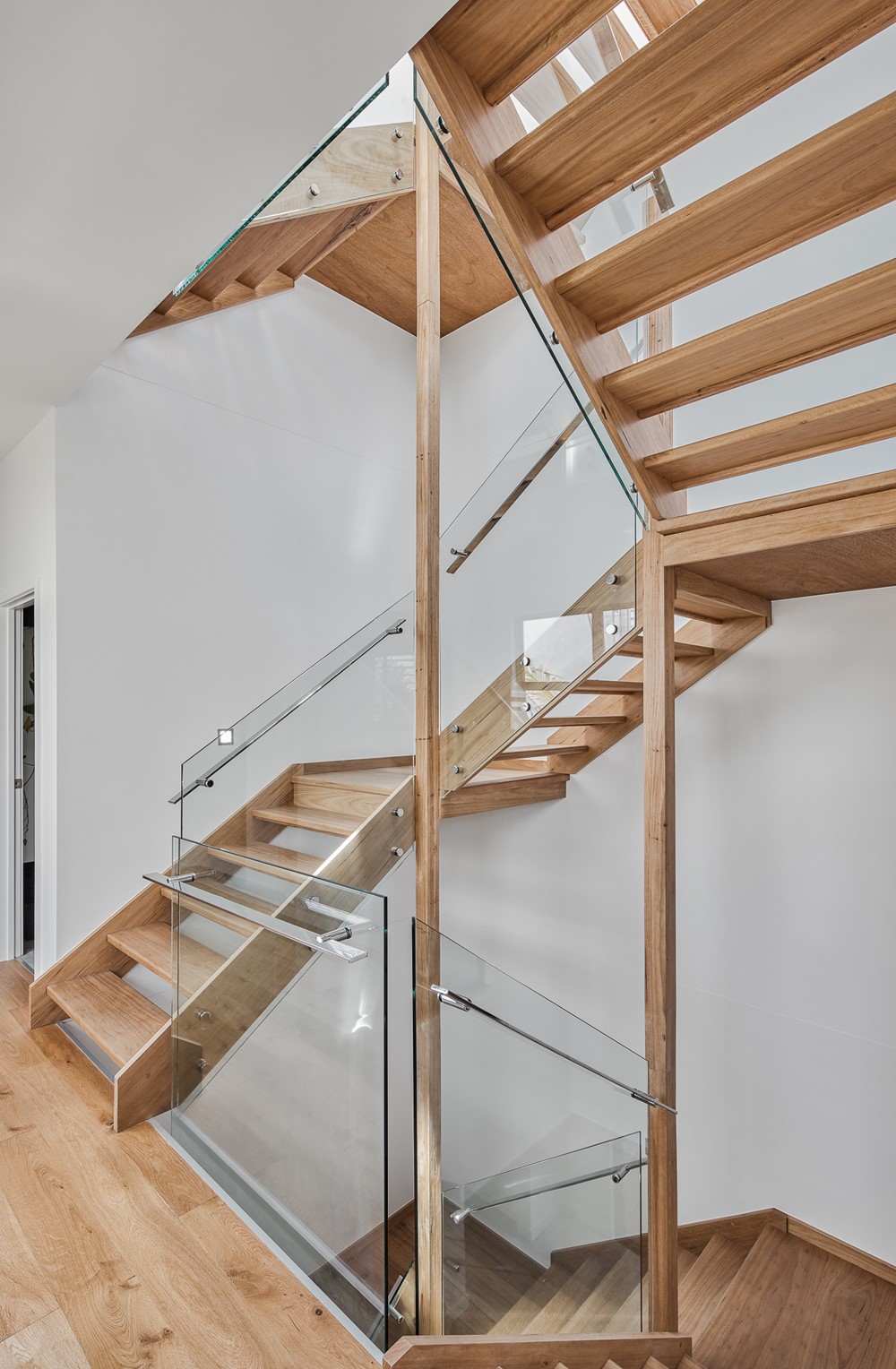 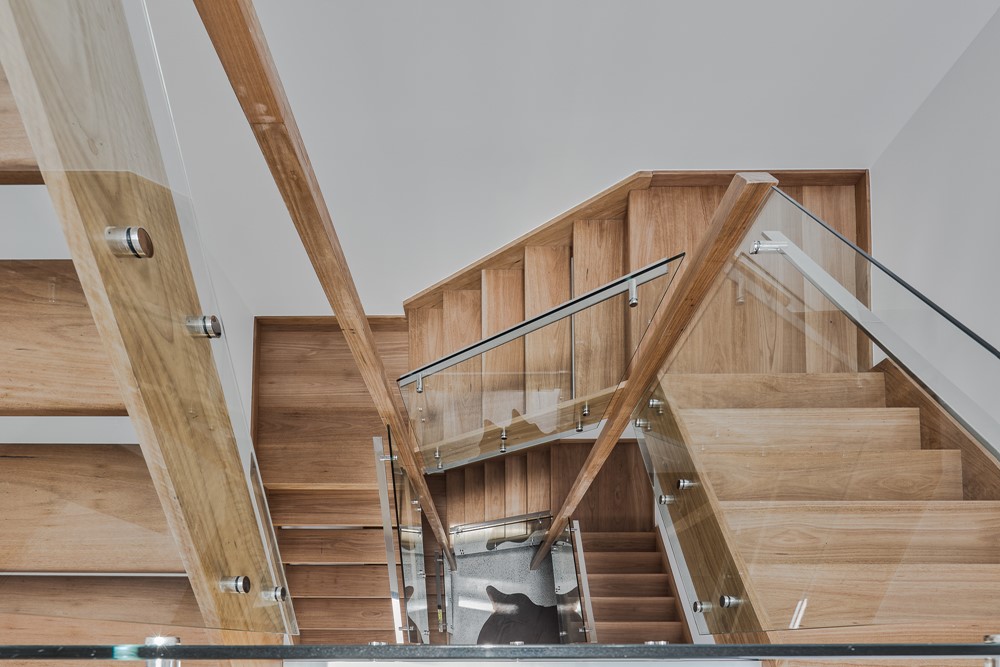 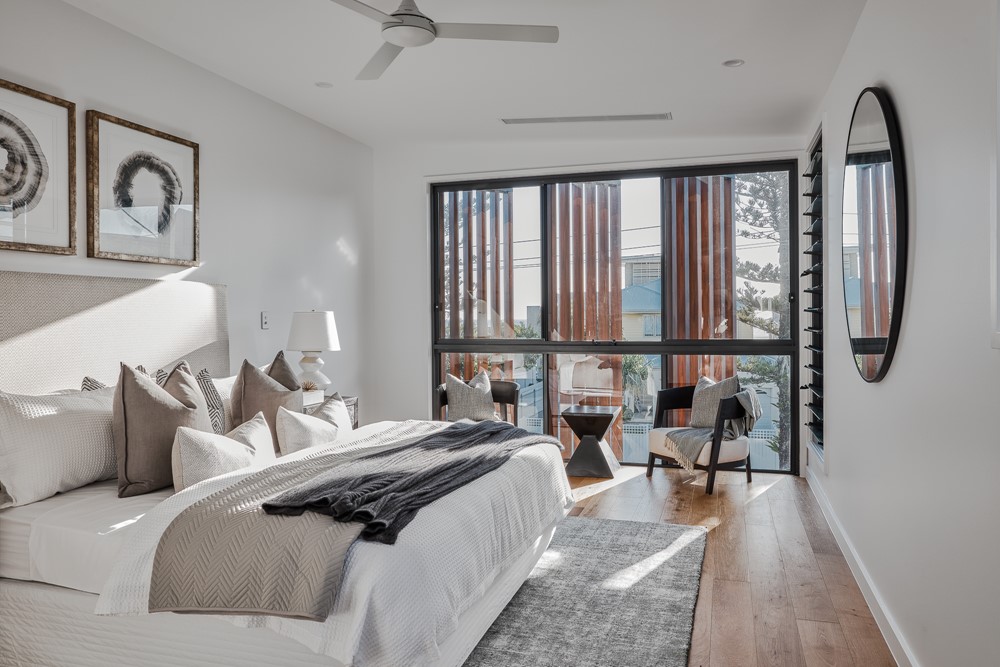 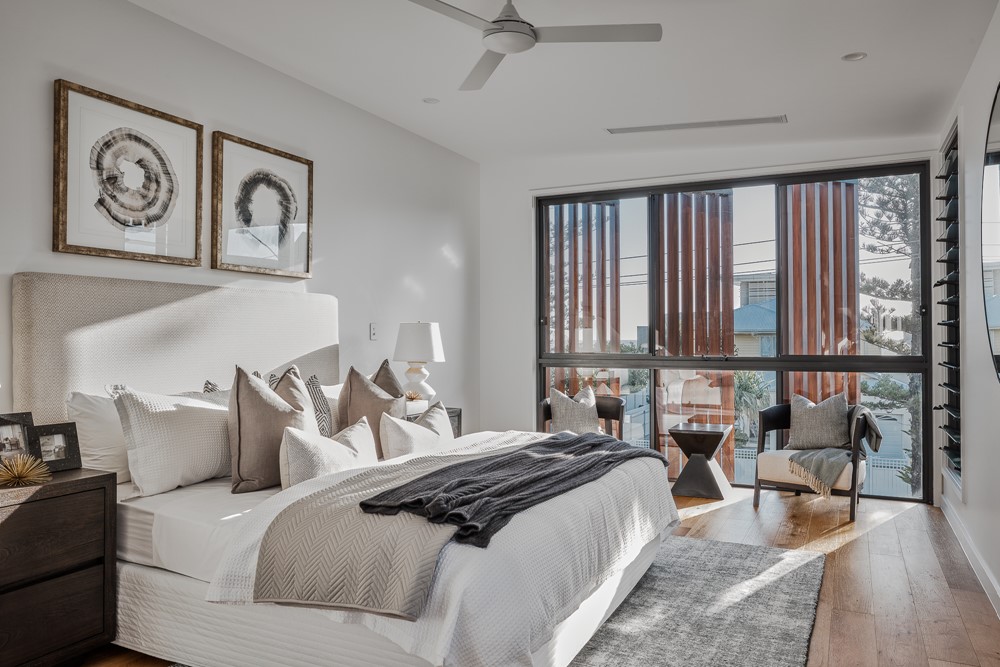 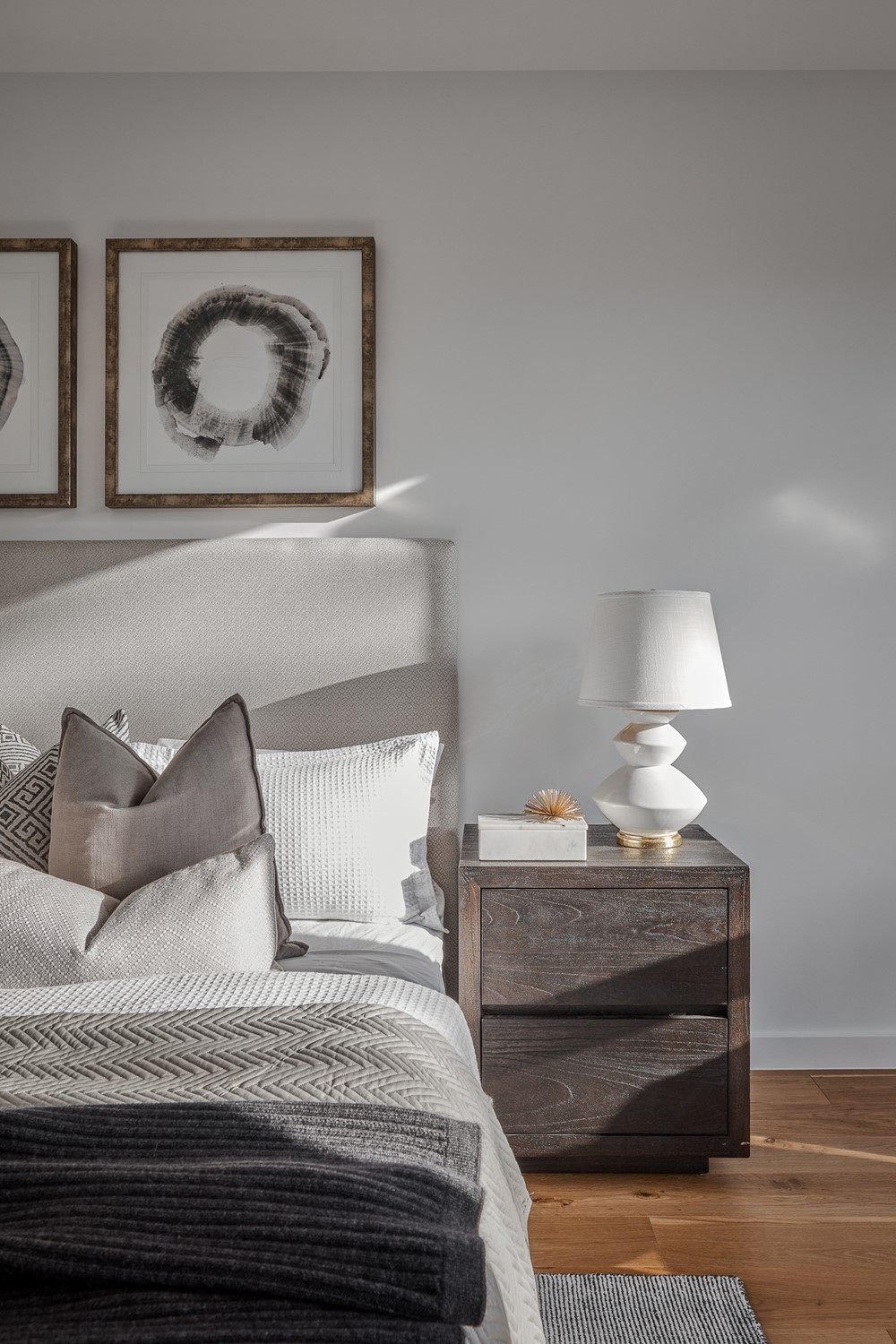 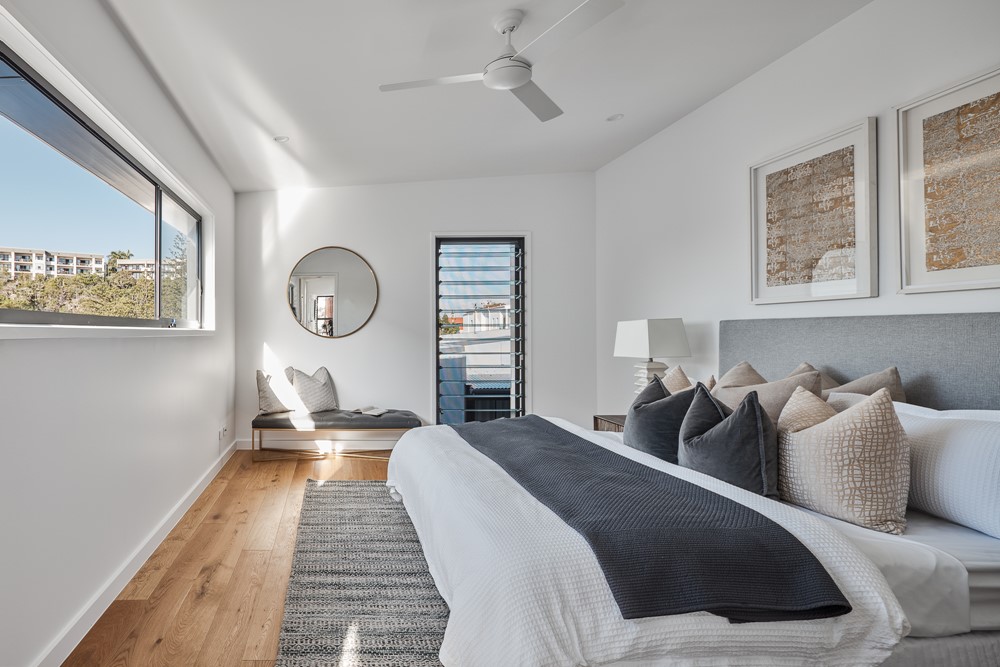 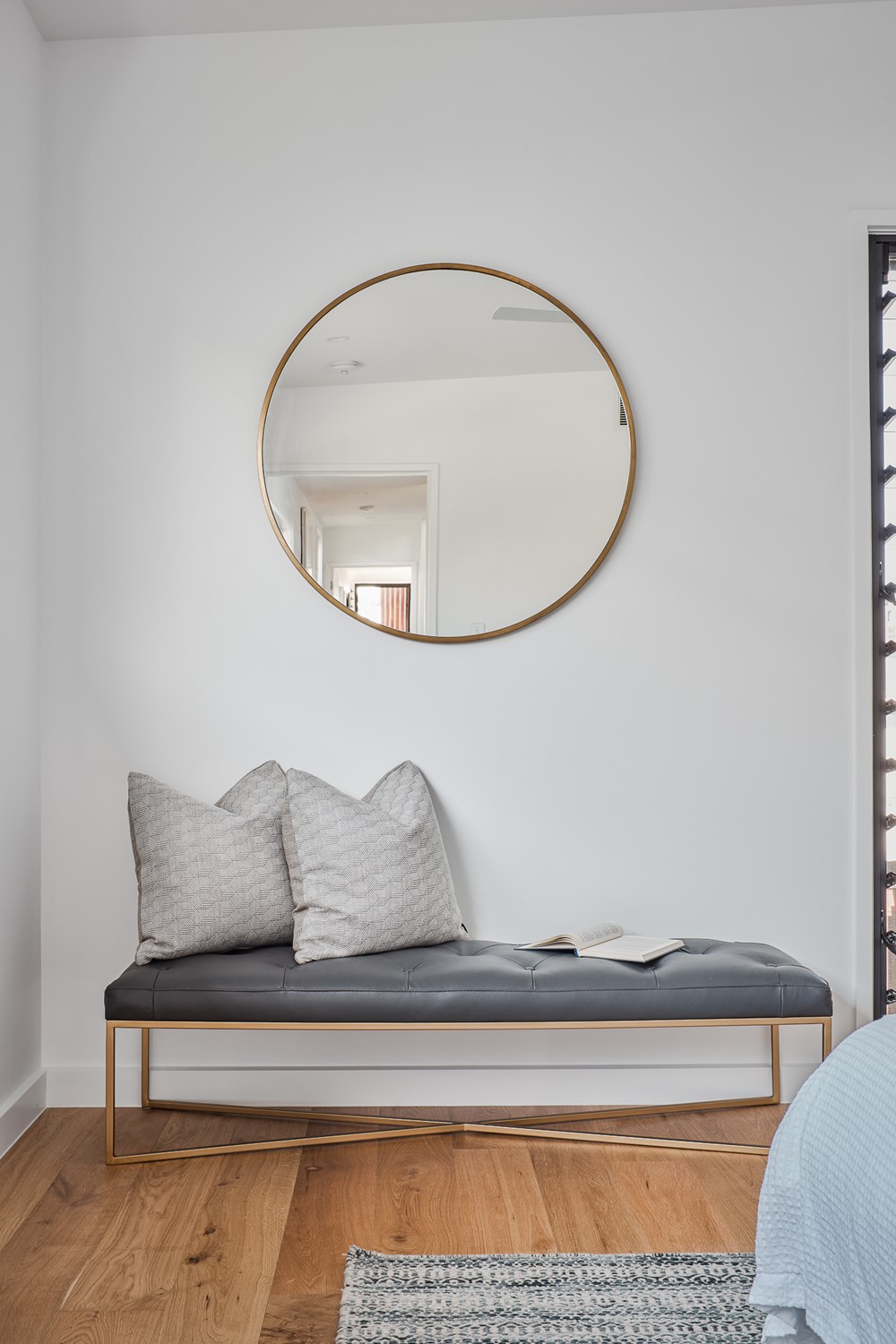 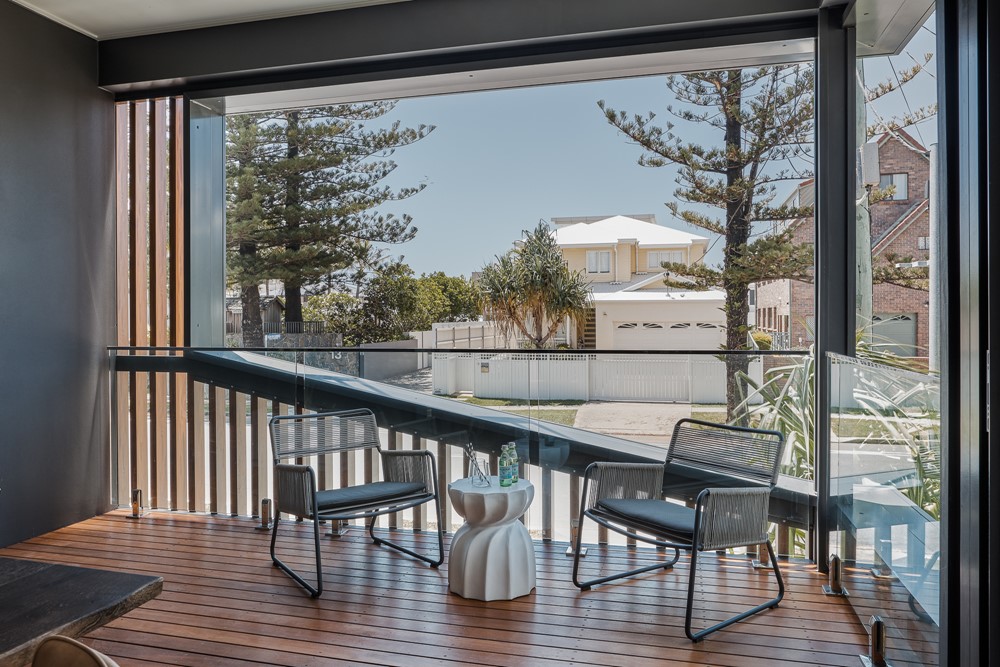 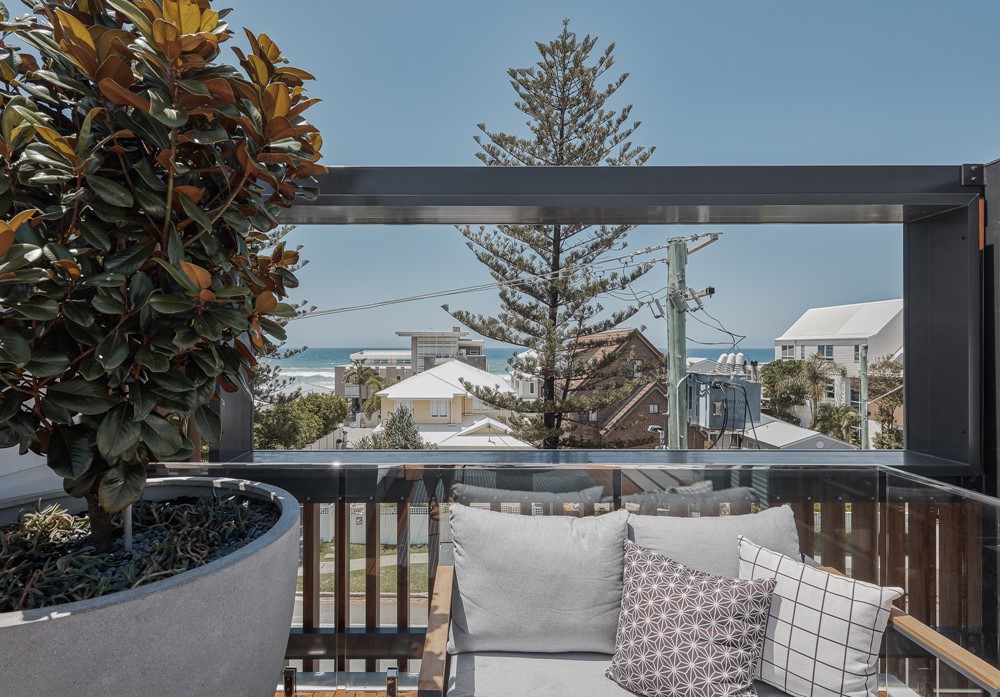 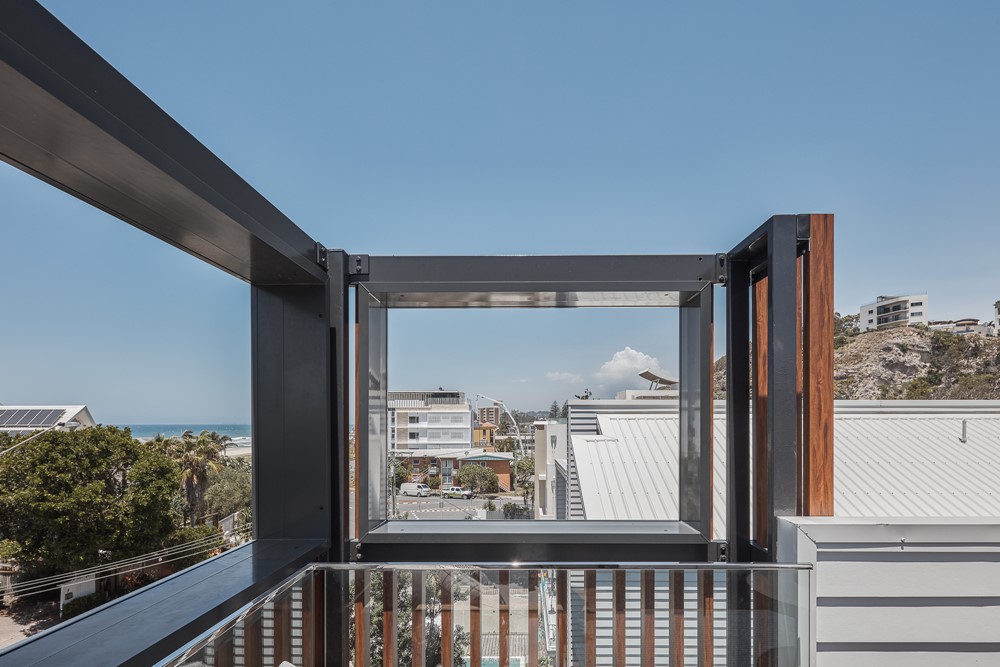 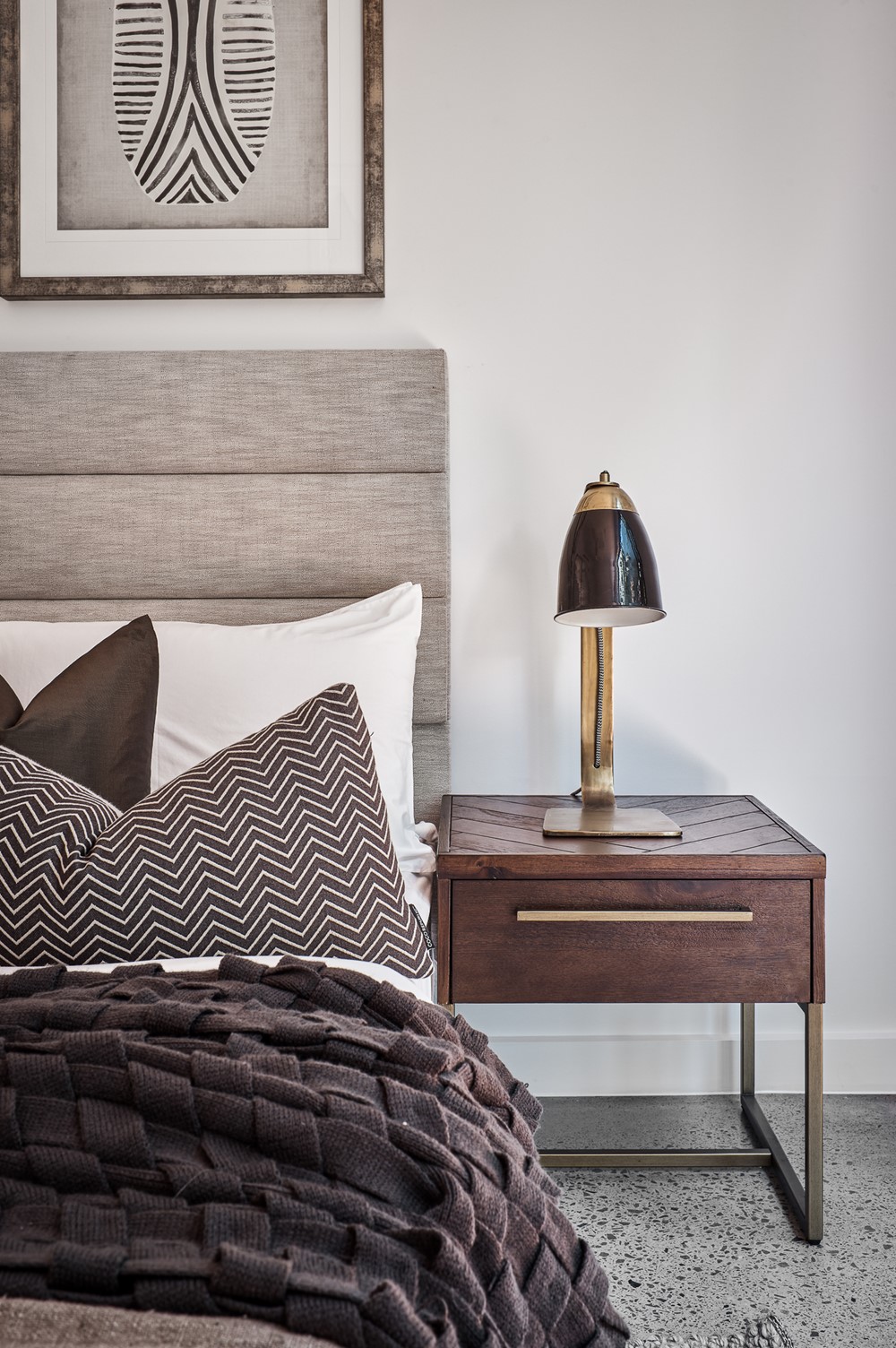 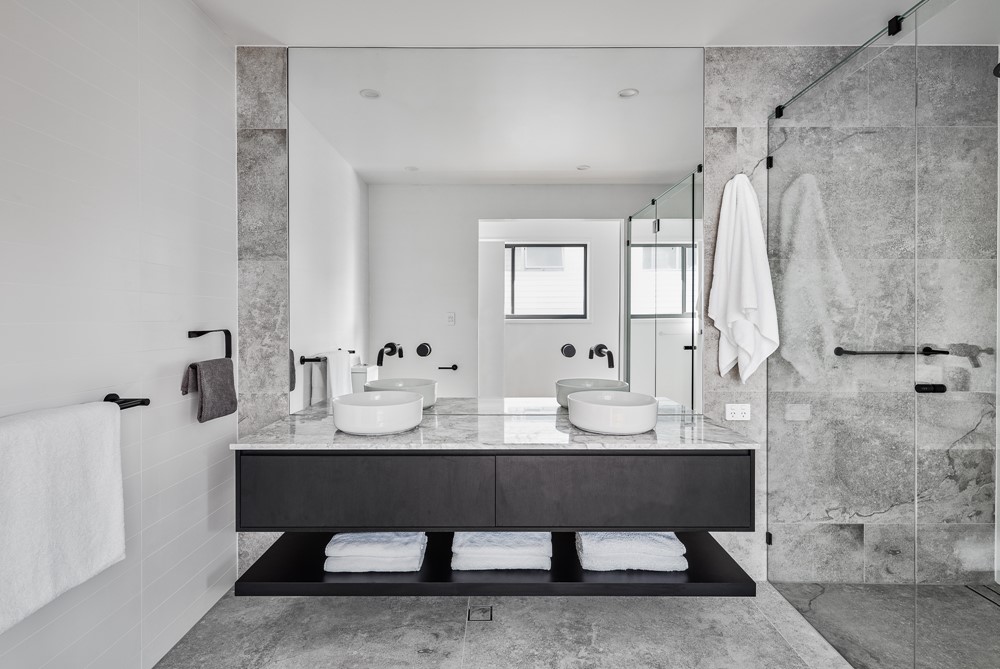 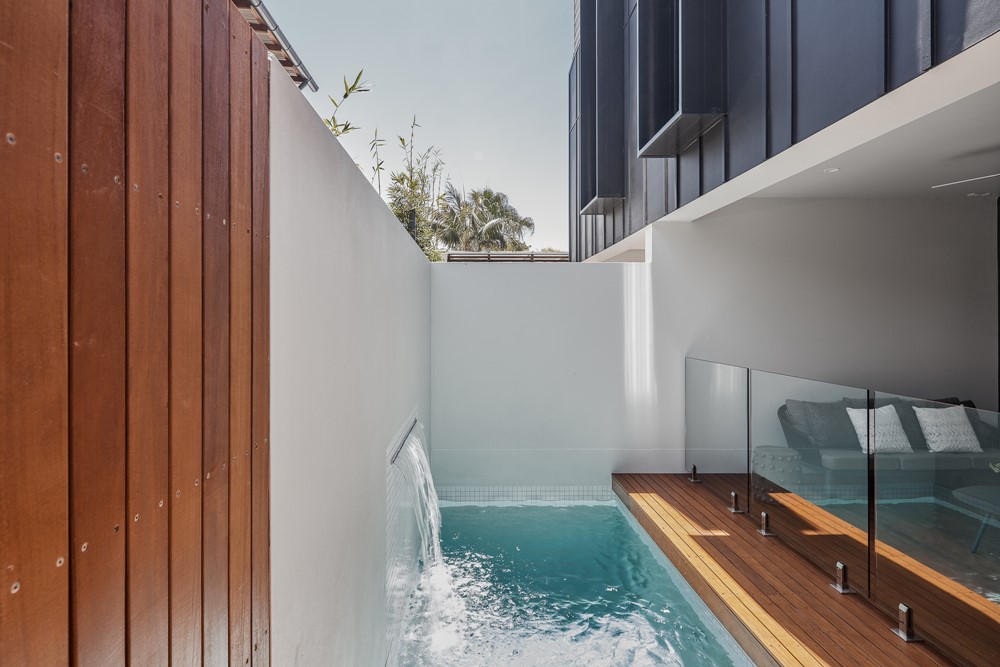 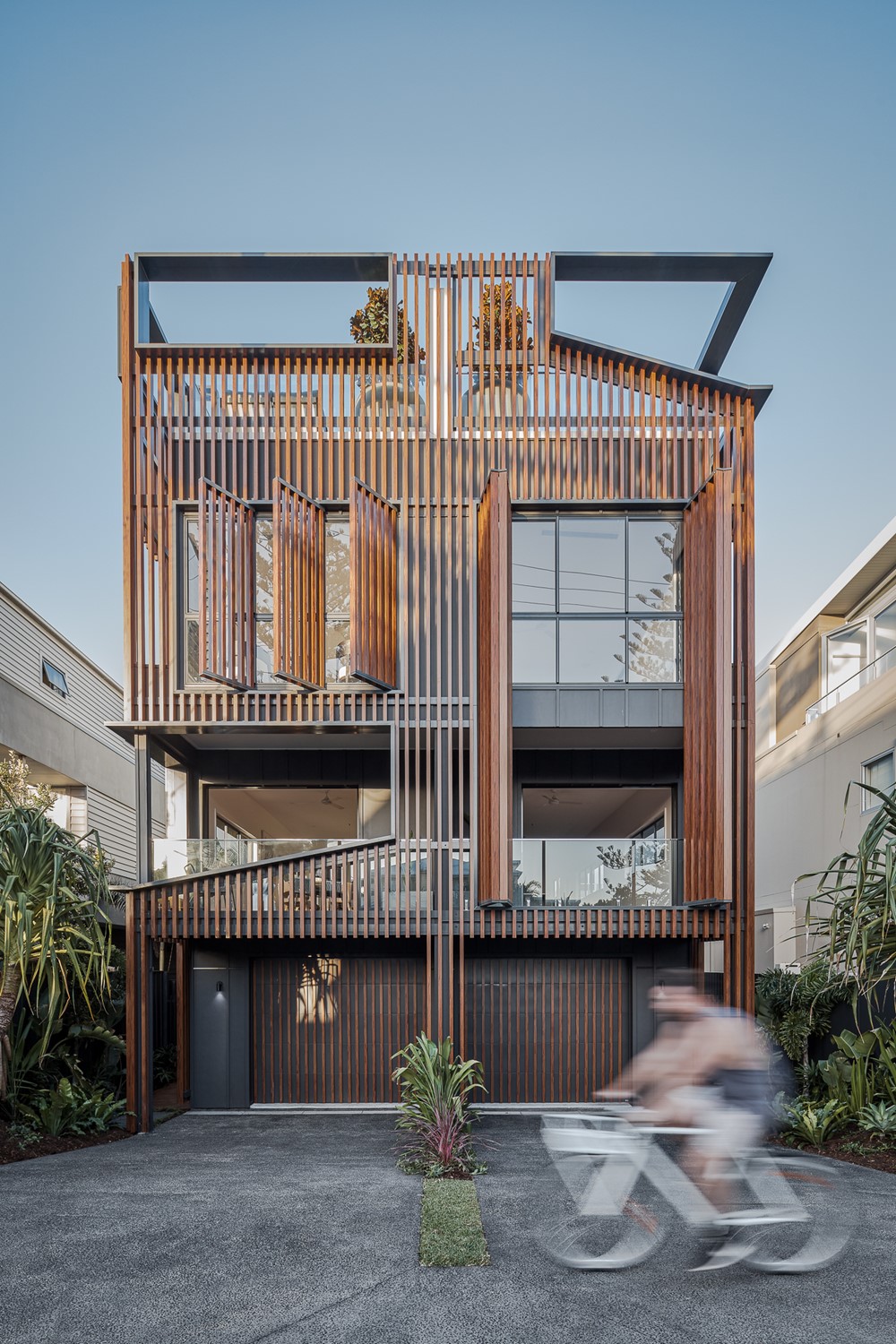 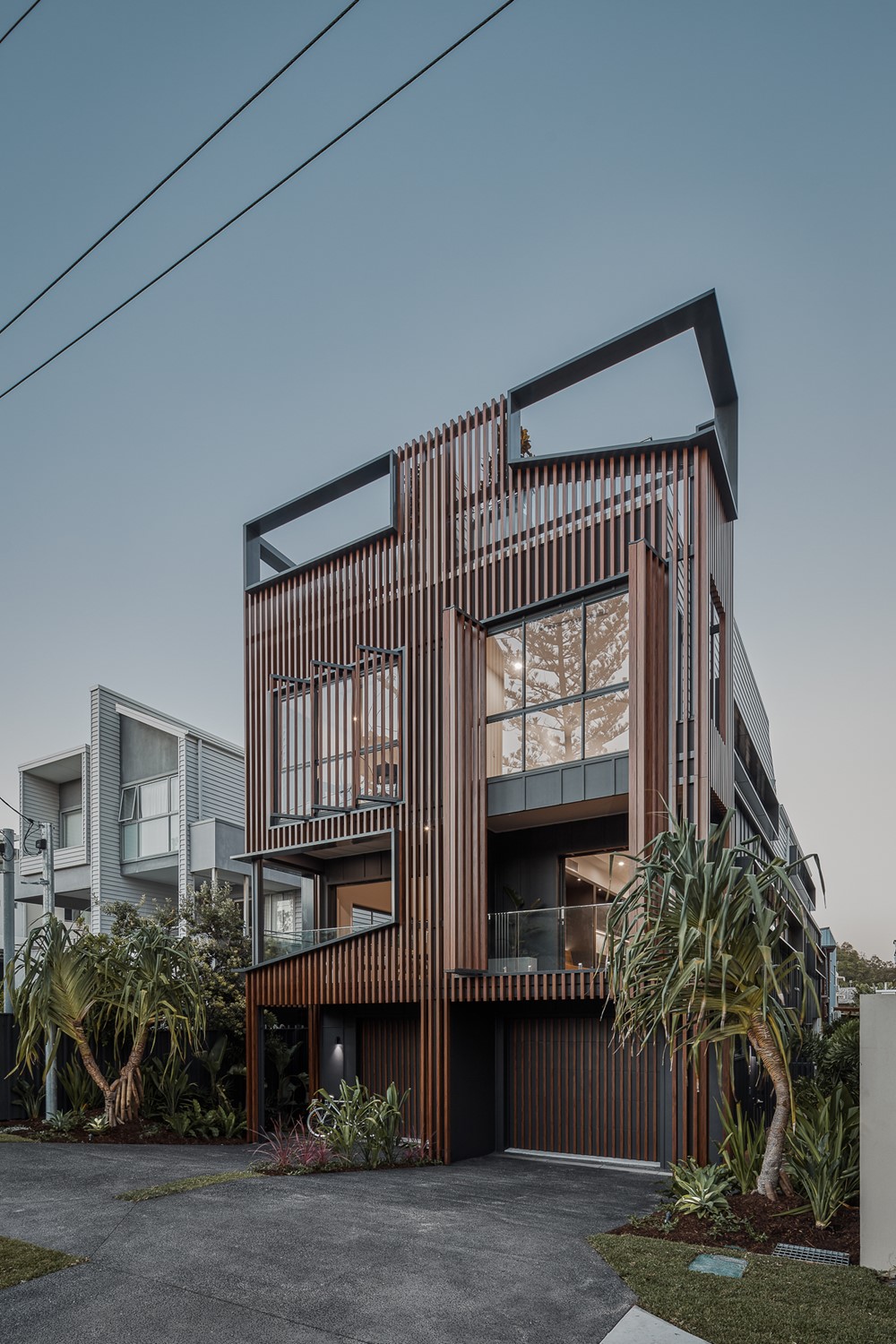 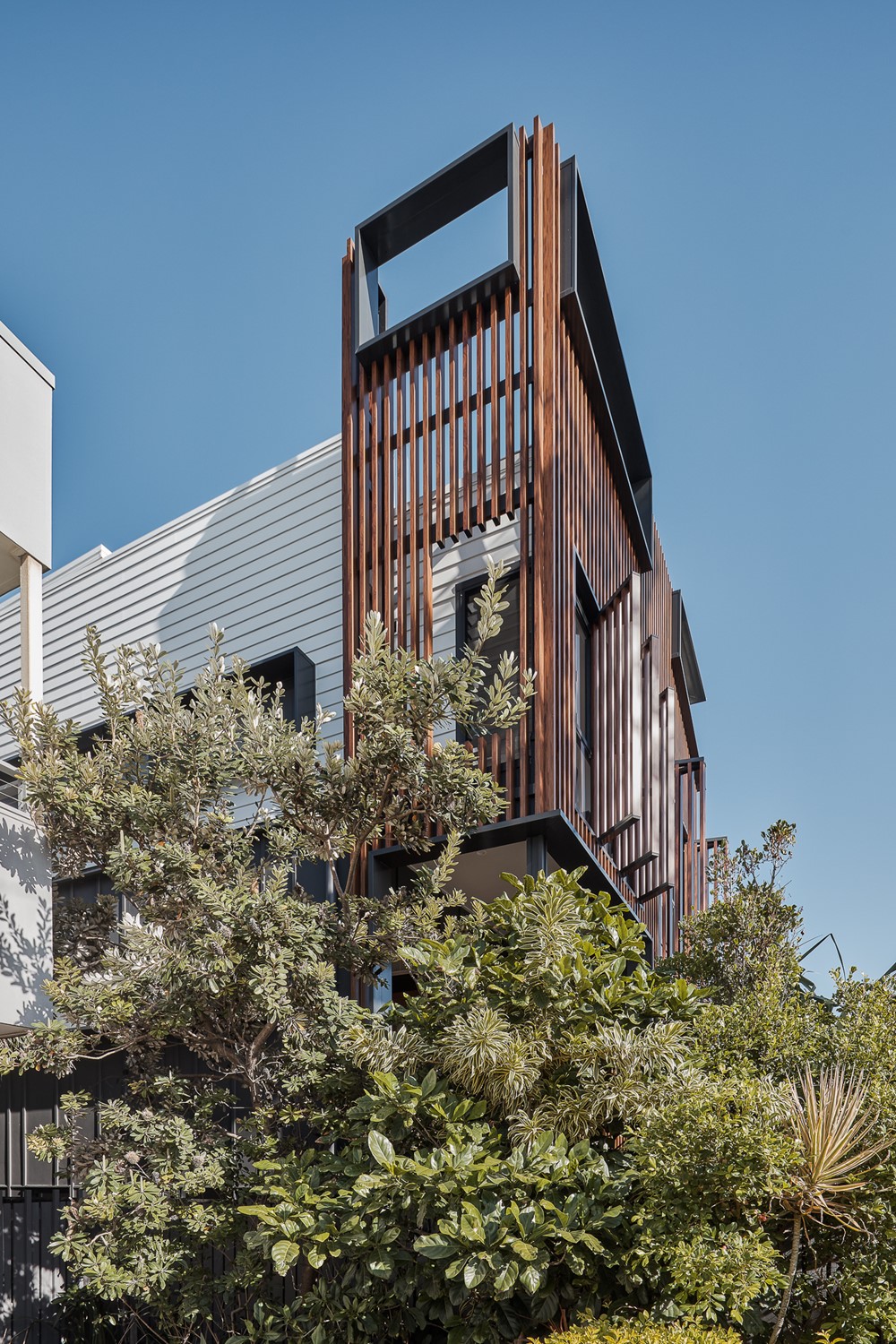 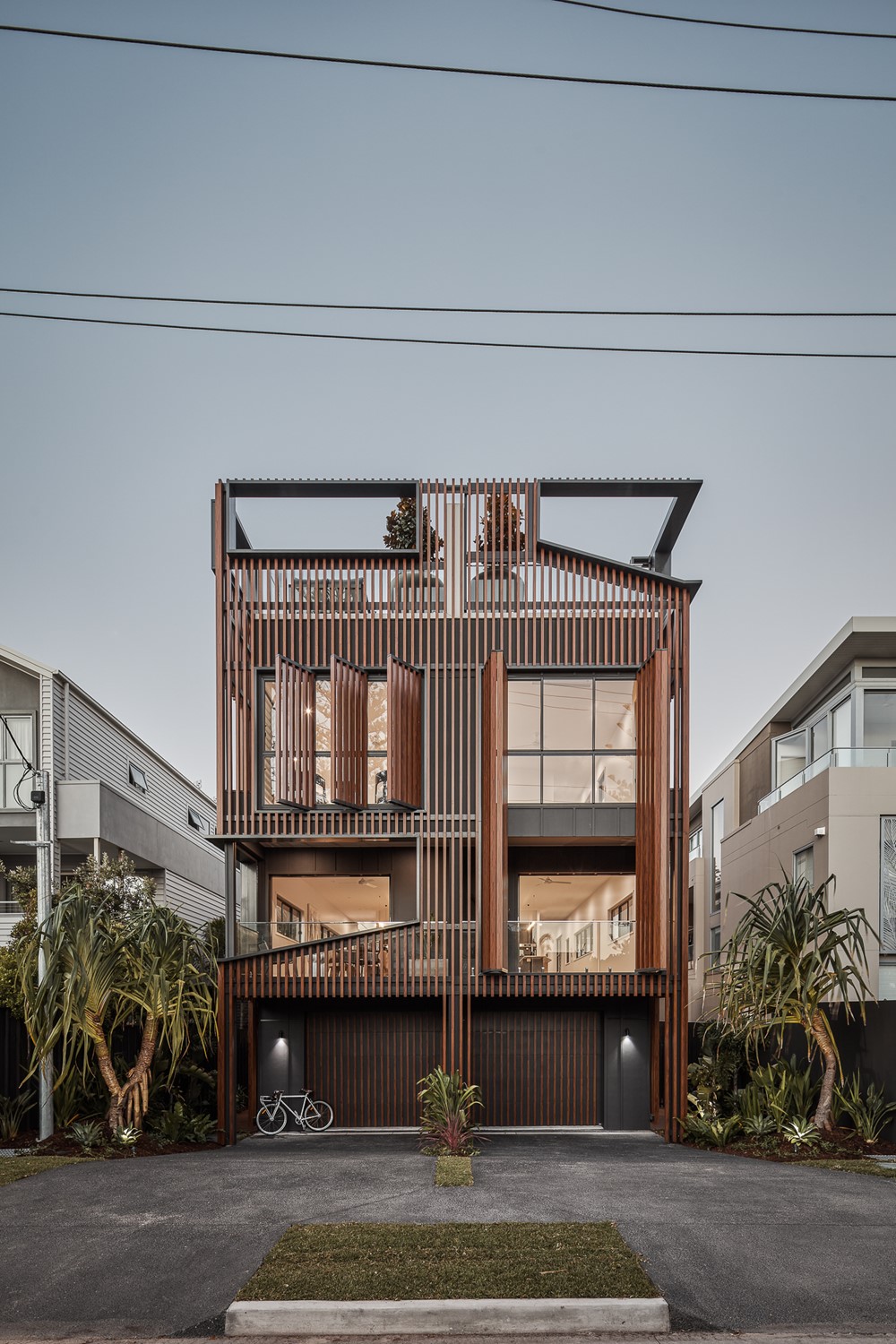 This project is all about context and a façade that is made in response. Engagement with the coast road and by extension, to the beach, is critically important in this project. Albatross Avenue is characterized by continual blocks of duplex developments each flexing their muscles for attention. The façade at 8 Albatross, while confidently articulate, counters the cacophony of building styles along the street by attempting to create a sense of restraint and to offer the appearance of a singular, coherent building form. Additionally, the subtropical climate of southeast Queensland affords a highly permeable relationship to the outdoors, and the design attends to this by providing a high degree of connection via the façade, private outdoor spaces, and roof garden. The Pacific Ocean is the principal cognitive attractor on the site, and therefore the project puts particular emphasis on these views. On a very tight building allotment, the project attempts to maximize and balance the living area in relation to orientation and user experience.

8 Albatross is spatially generous and achieves a balance of connection to the environment with privacy in its suburban surroundings of very closely-spaced neighbours. The internal relationship of programs situate services, vertical circulation, and amenities at the core to allow communal and shared spaces to spill to the outdoors. Occupants enjoy a combination of prospect and refuge in relation to the ocean and street, respectively. There is a disciplined exuberance afforded to occupants that is experienced through the promenade from approach to entry to arrival, with accentuation through views taken via the mediating veil and occupation of the roof garden.

The project attempts to contribute to the public domain of Albatross Avenue by offering a singular and coherent building form to a street context which overly varied in character. The veiled façade provides a restrained mask through which to read the building and through this activates a kind of aesthetic engagement not found elsewhere in the immediate context. The overall height is sympathetic and consistent with neighboring buildings, and subtle articulations break down the scale to provide a humanistic dialogue with occupants and passers-by.