This project designed by Daniel Wilges is a duplex in a low rise building with four floors and is located in Mariscal, a beach in the municipality of Bombinhas, in Santa Catarina. The proximity to an ecological reserve makes the climate very native, there are boats and fishermen on the beach, as well as Morro do Macaco, famous for its trails and ecological reserve. 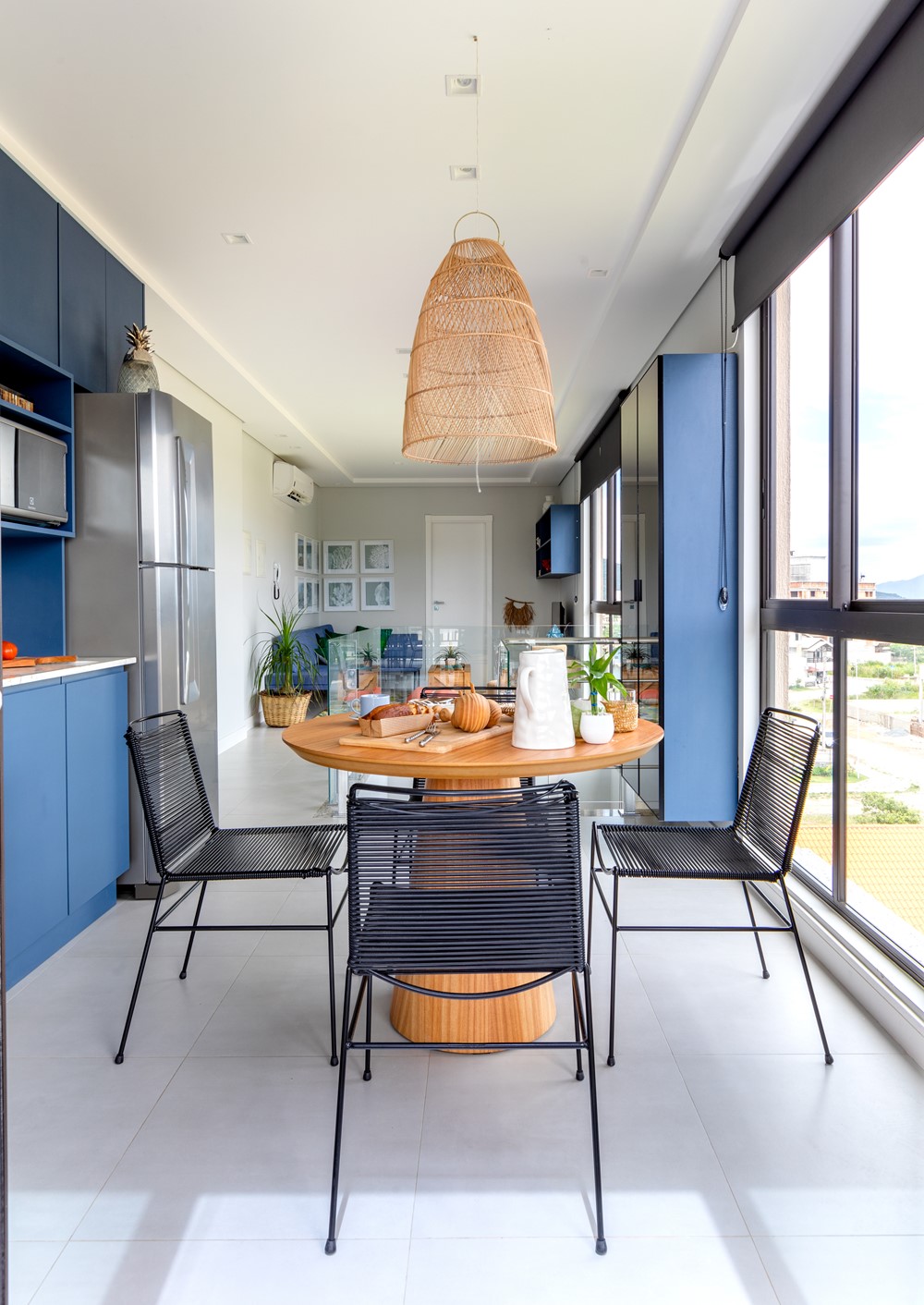 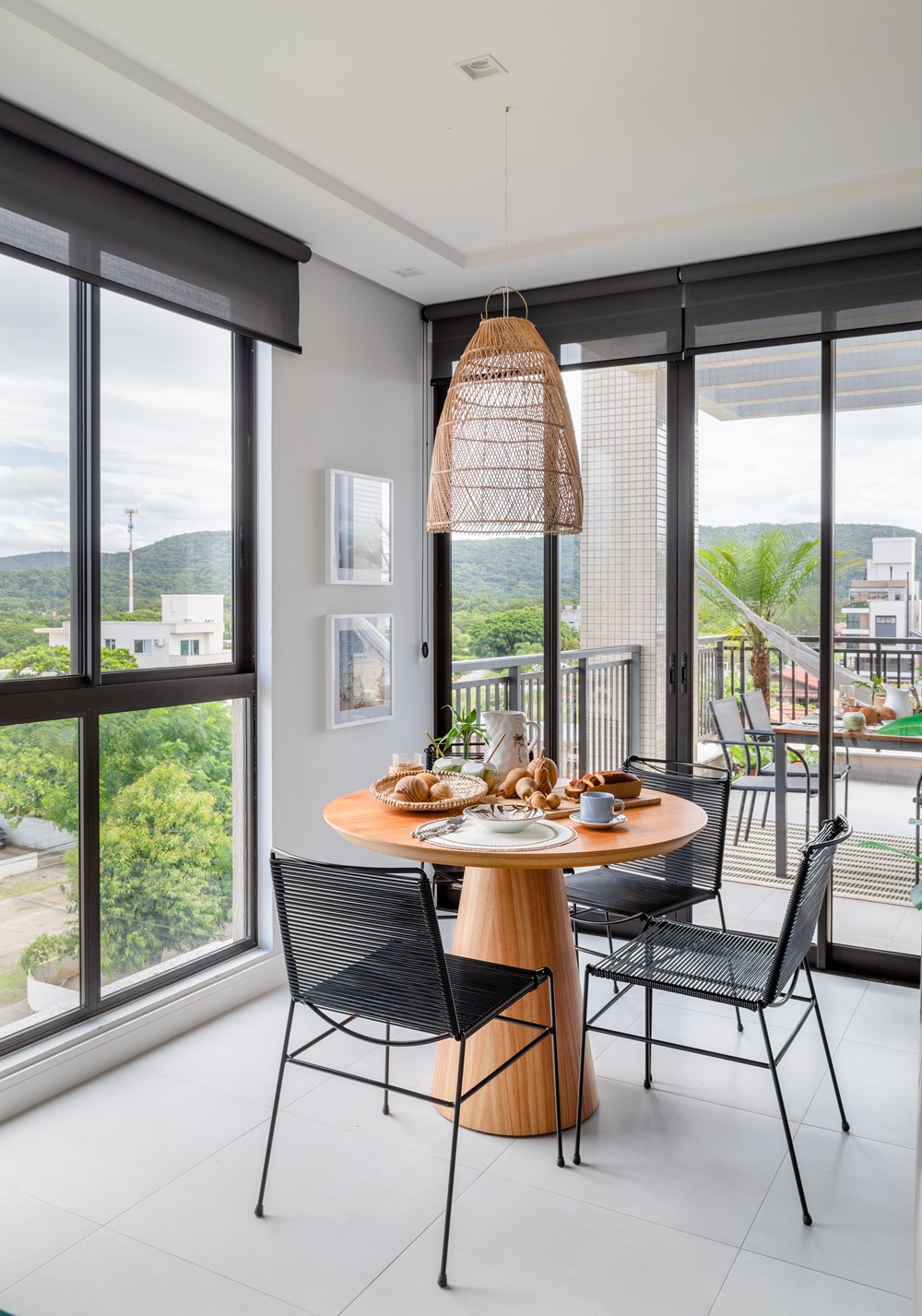 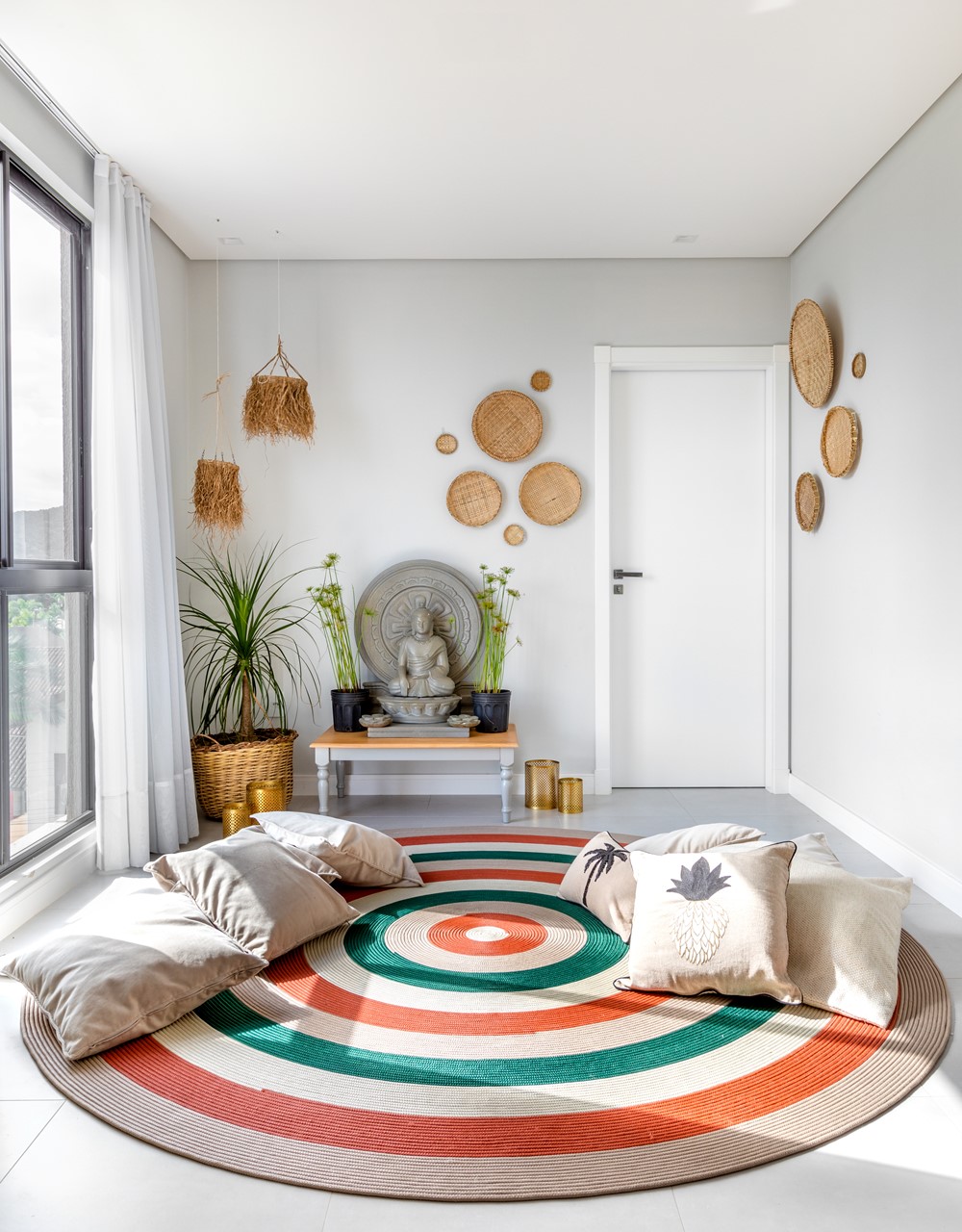 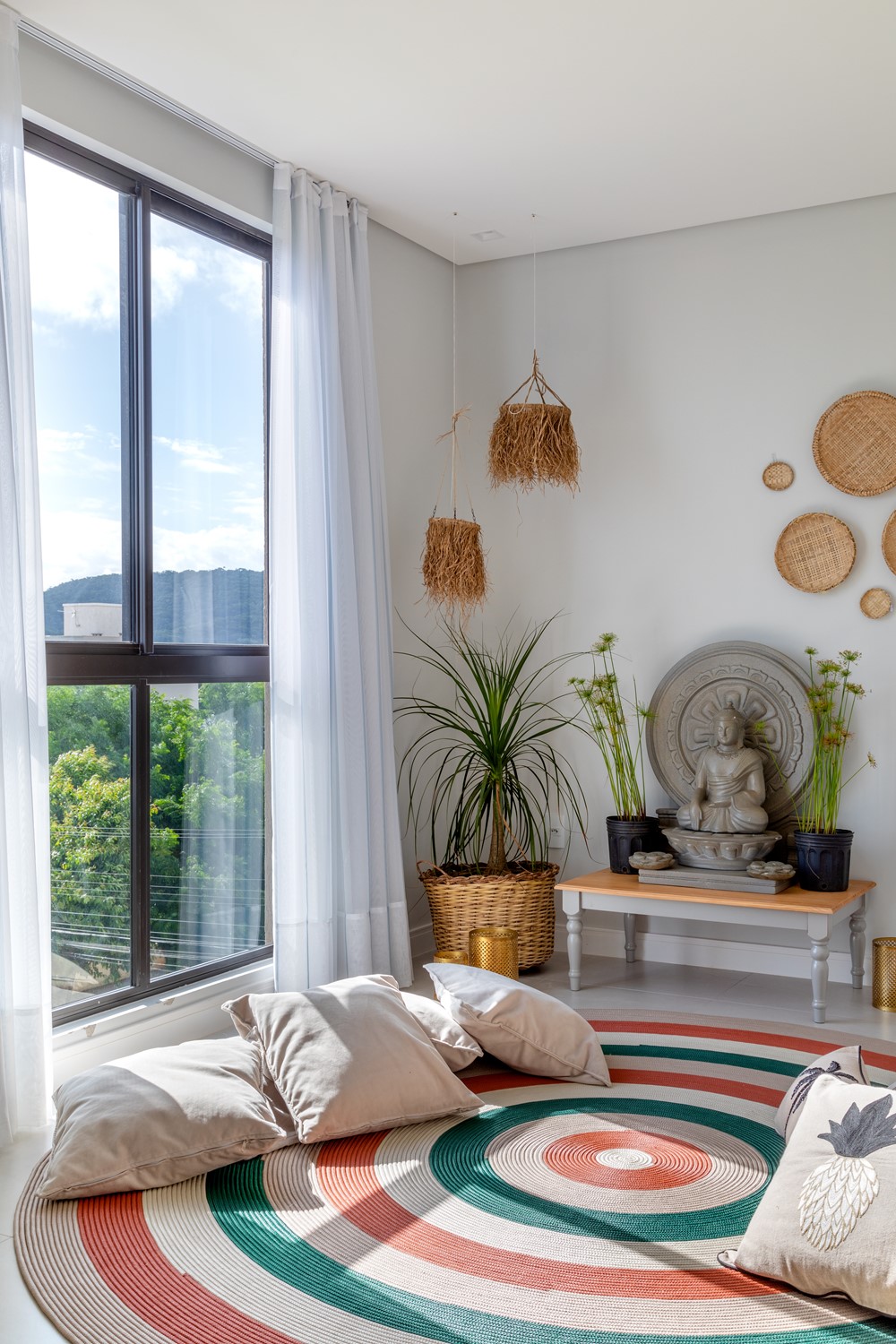 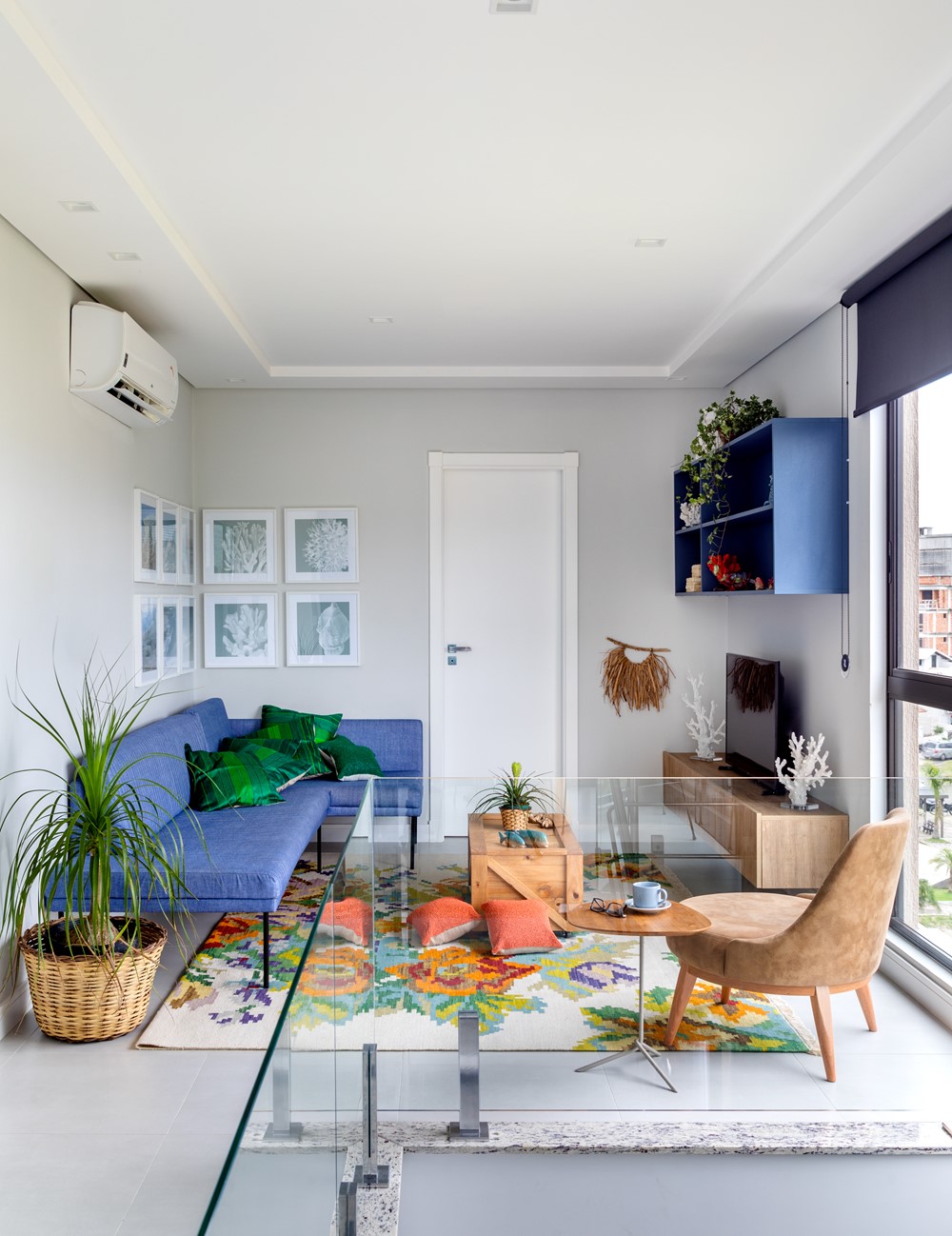 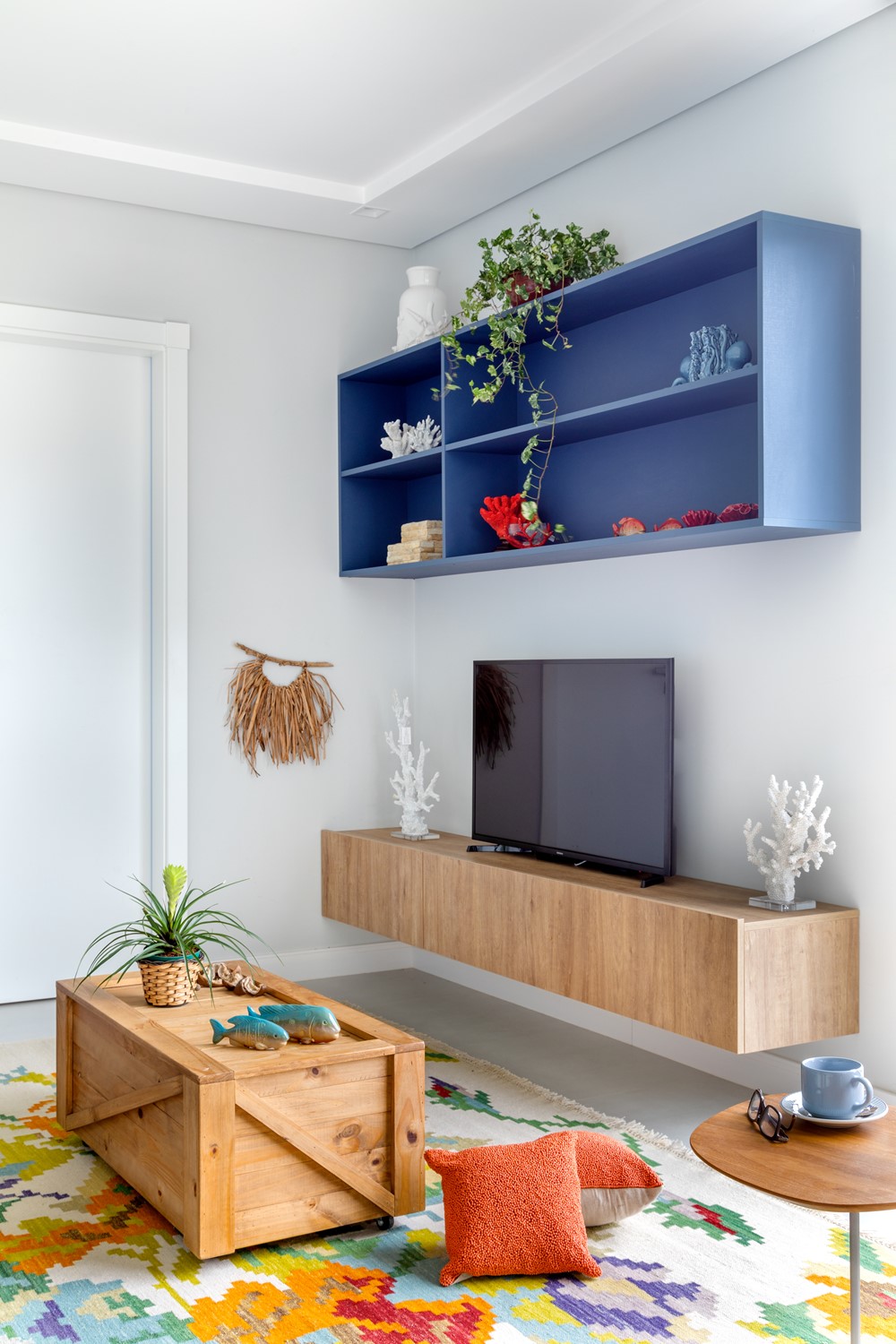 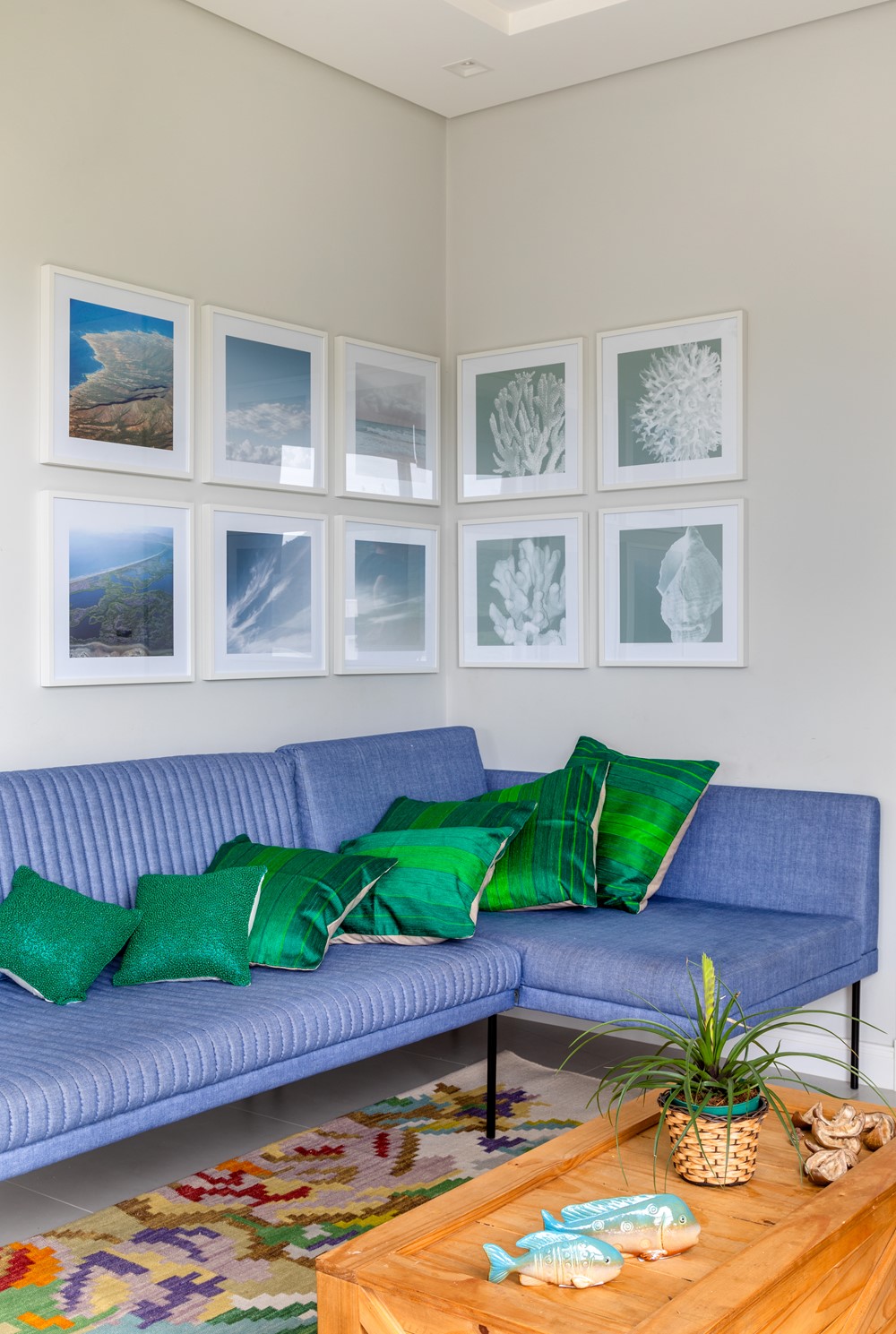 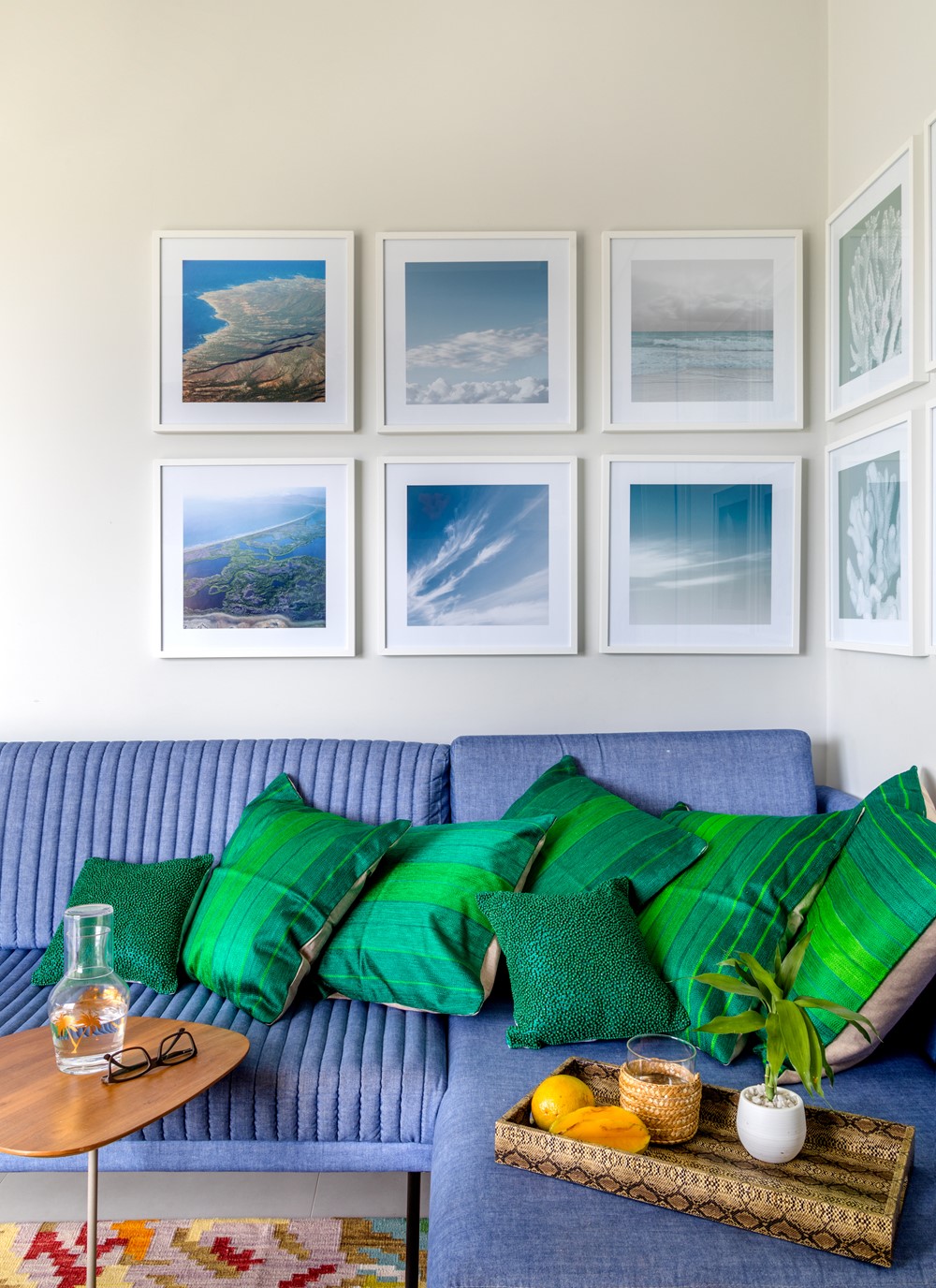 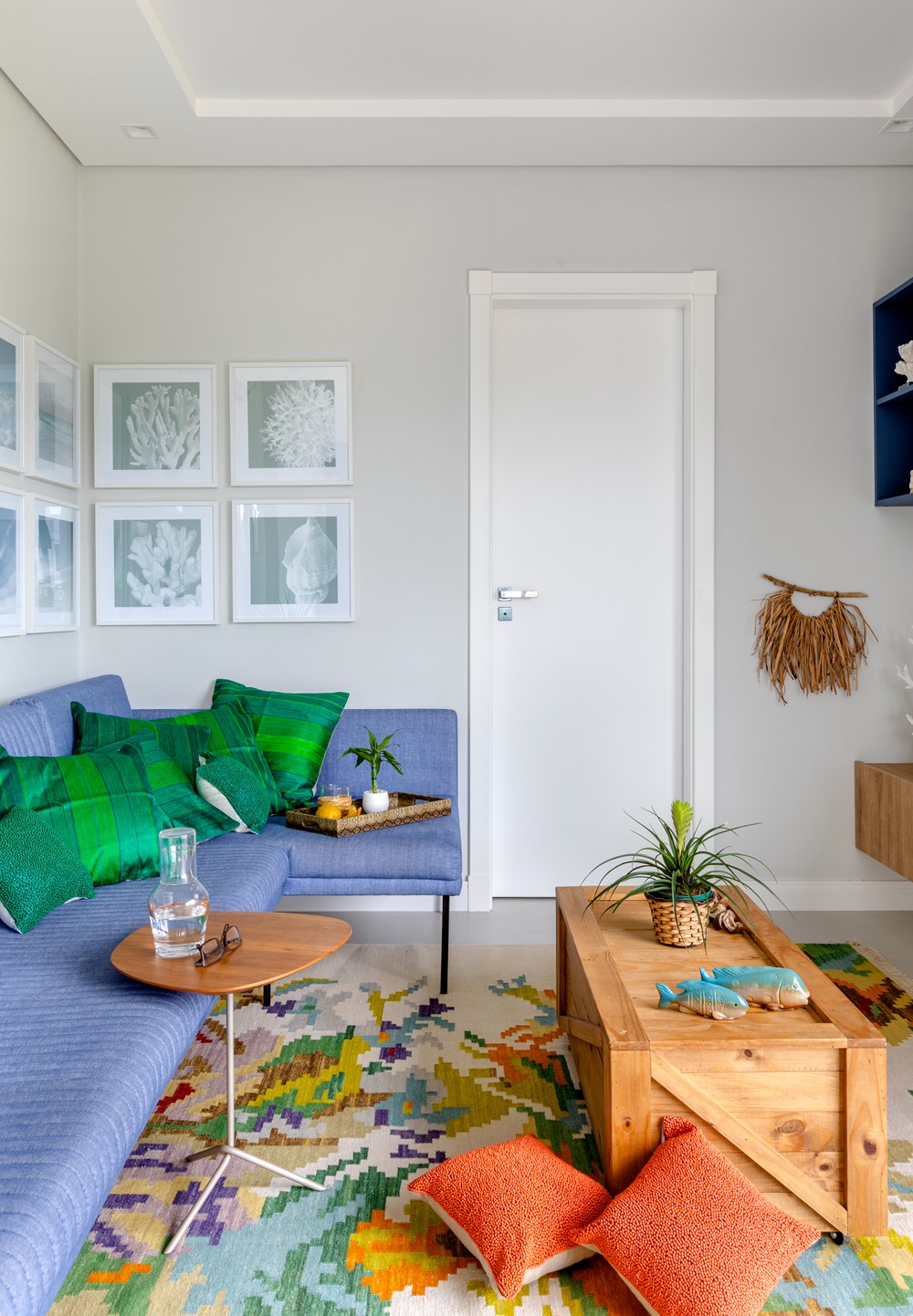 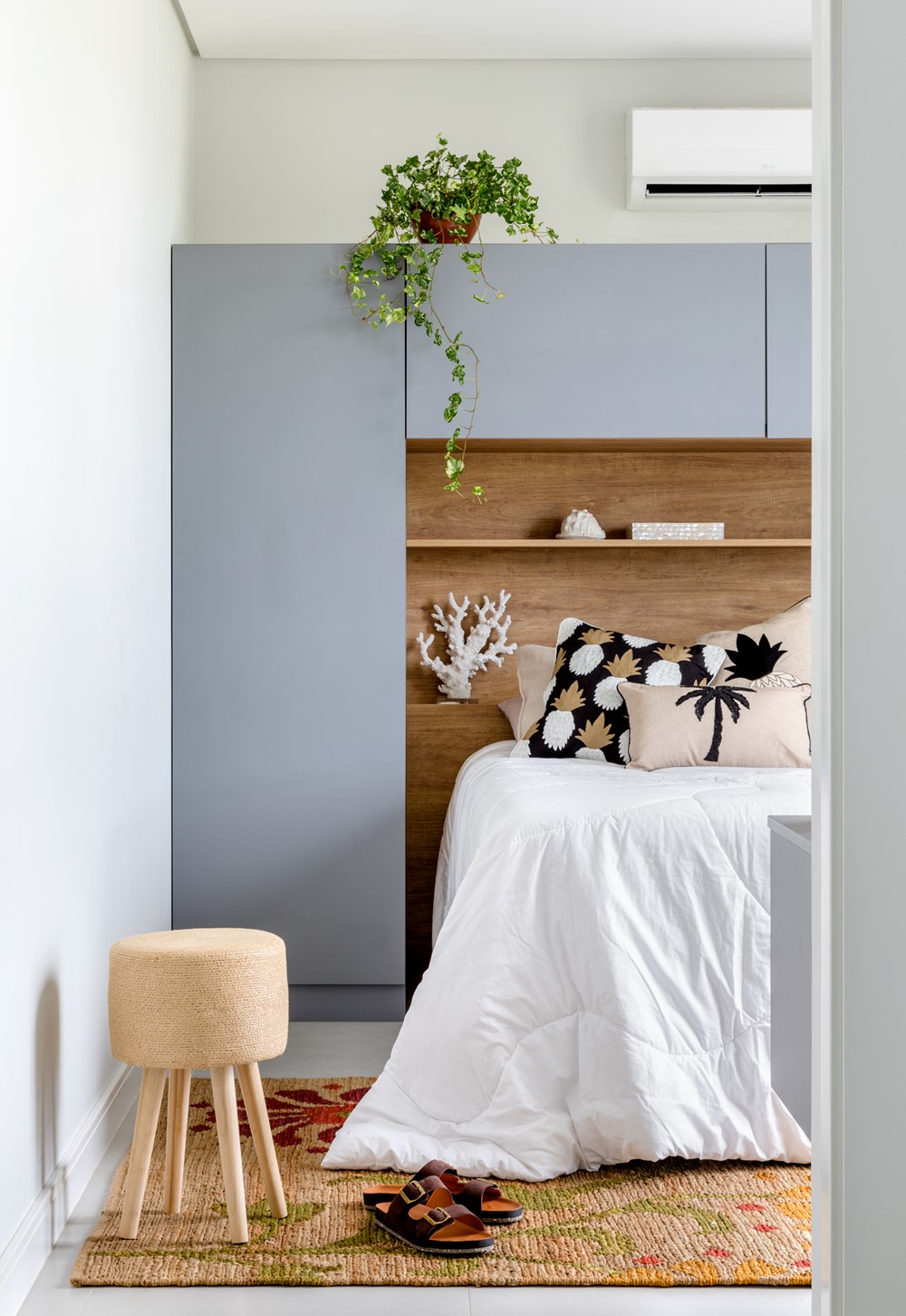 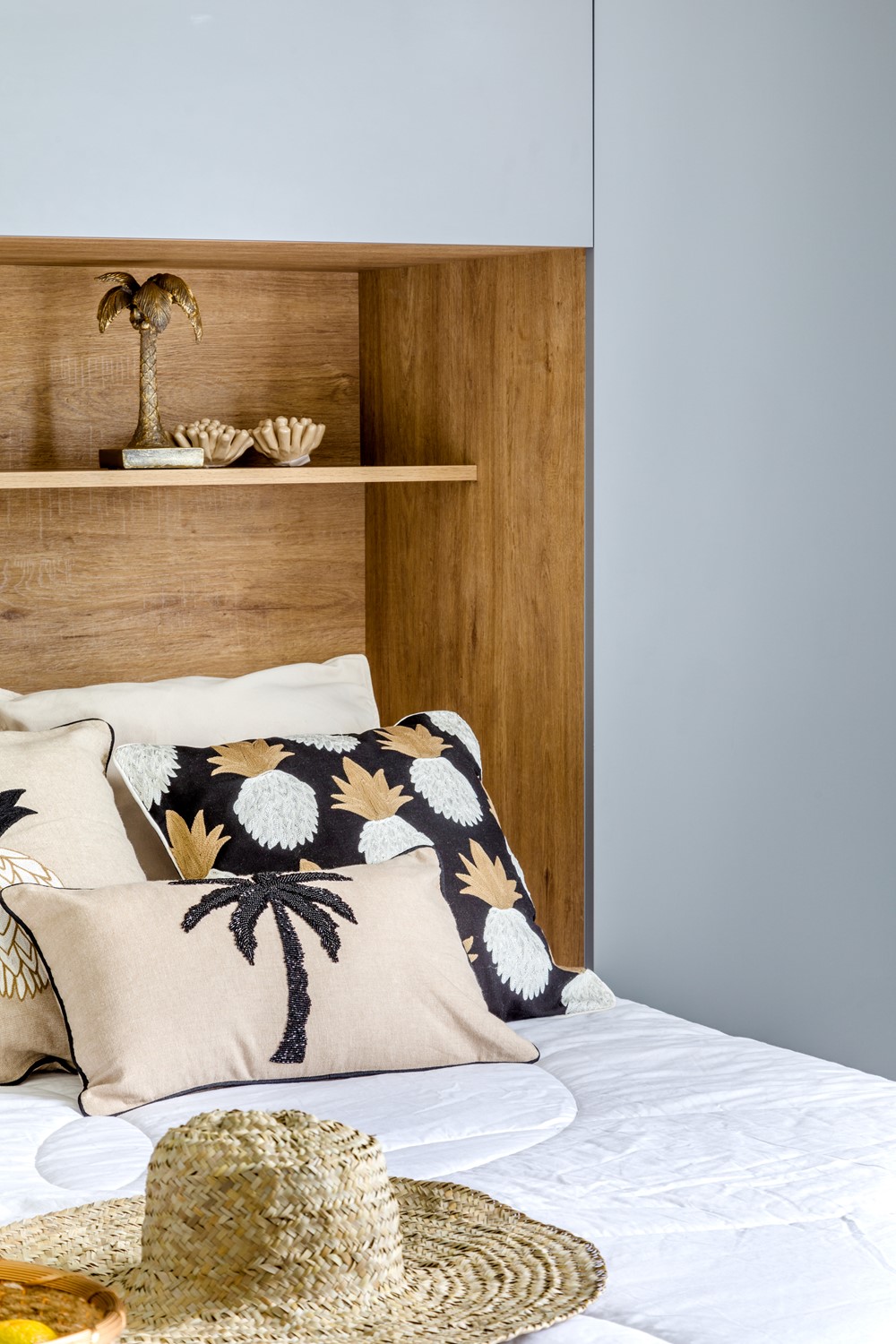 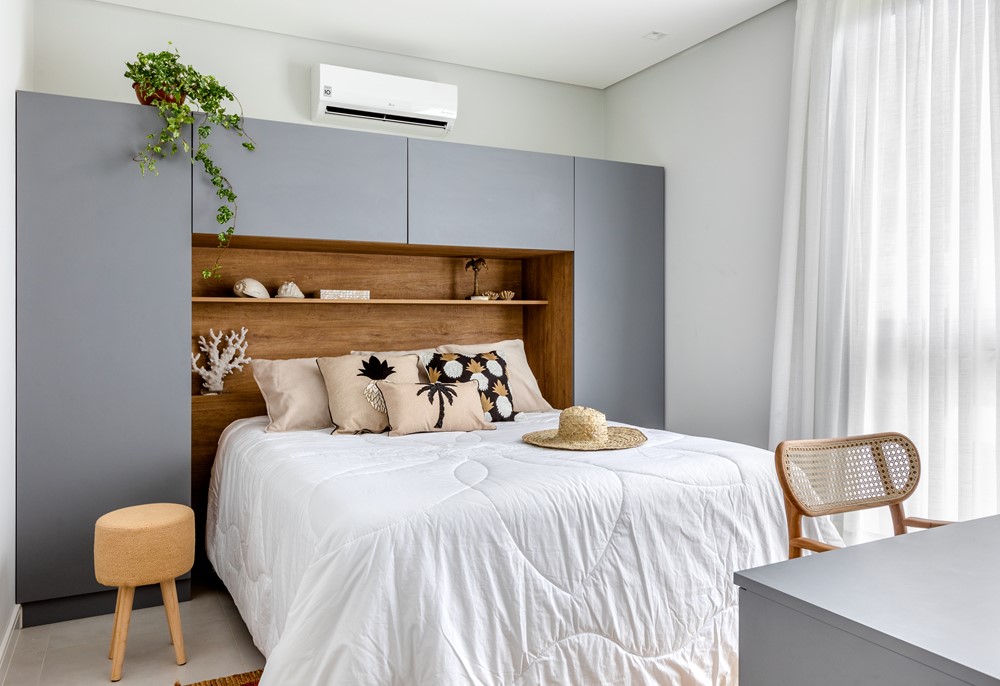 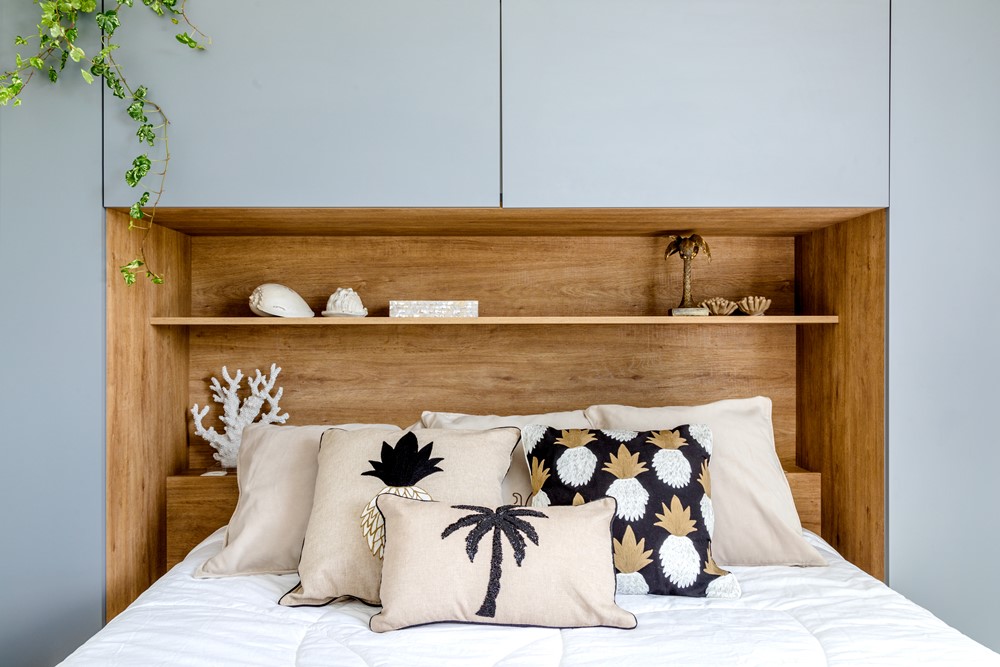 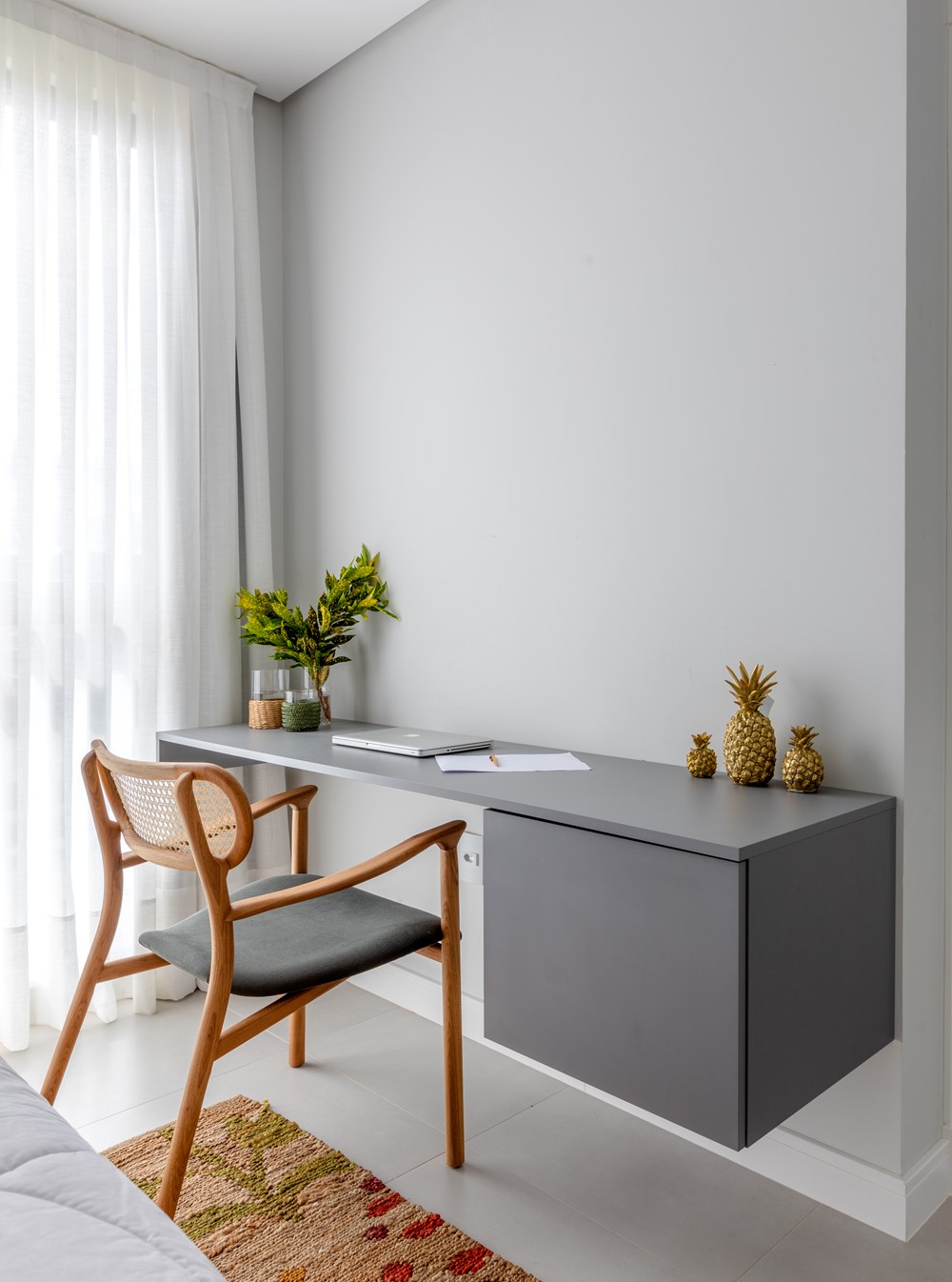 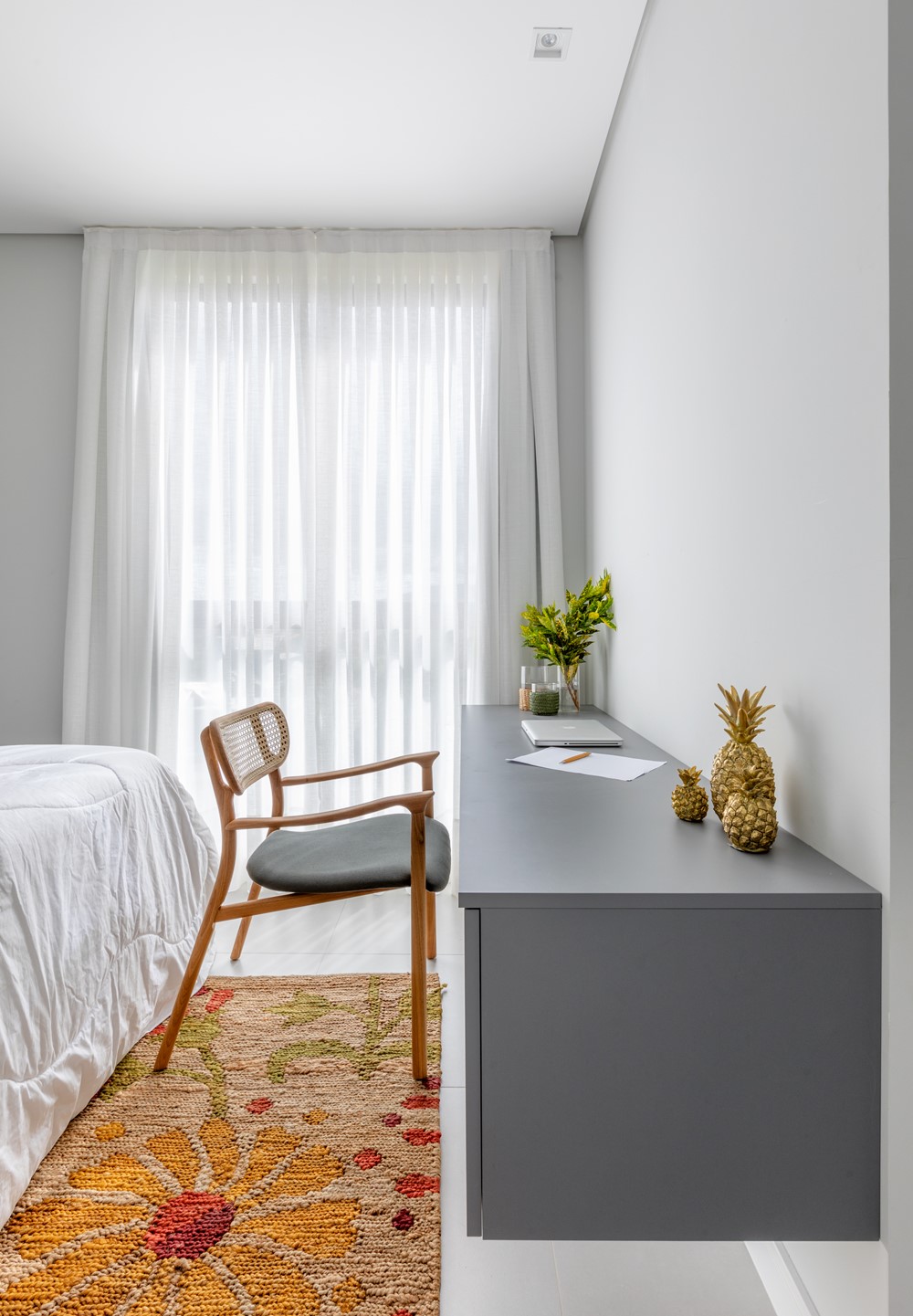 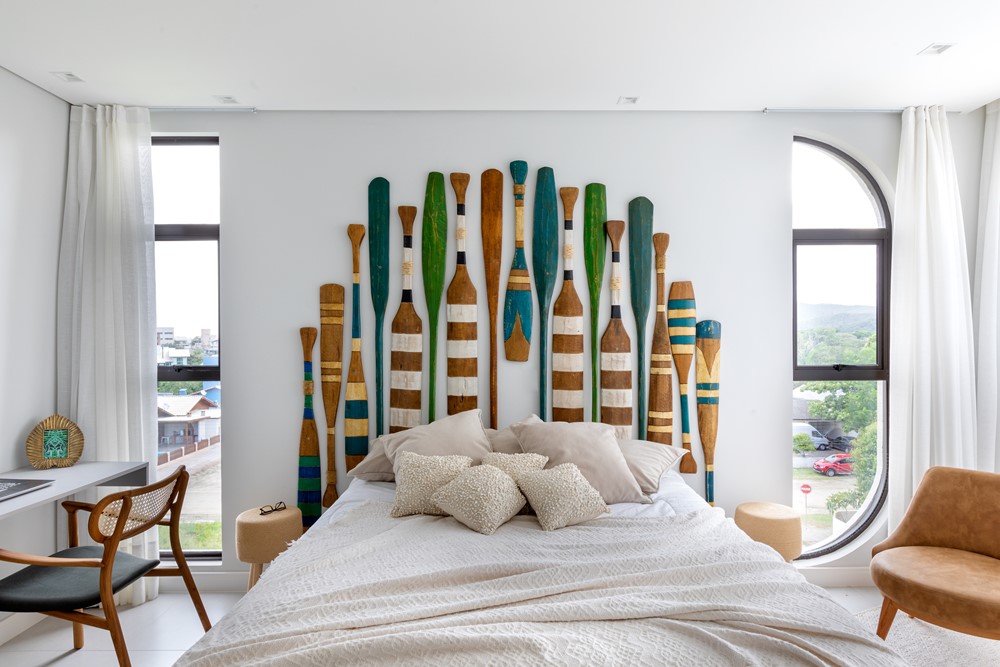 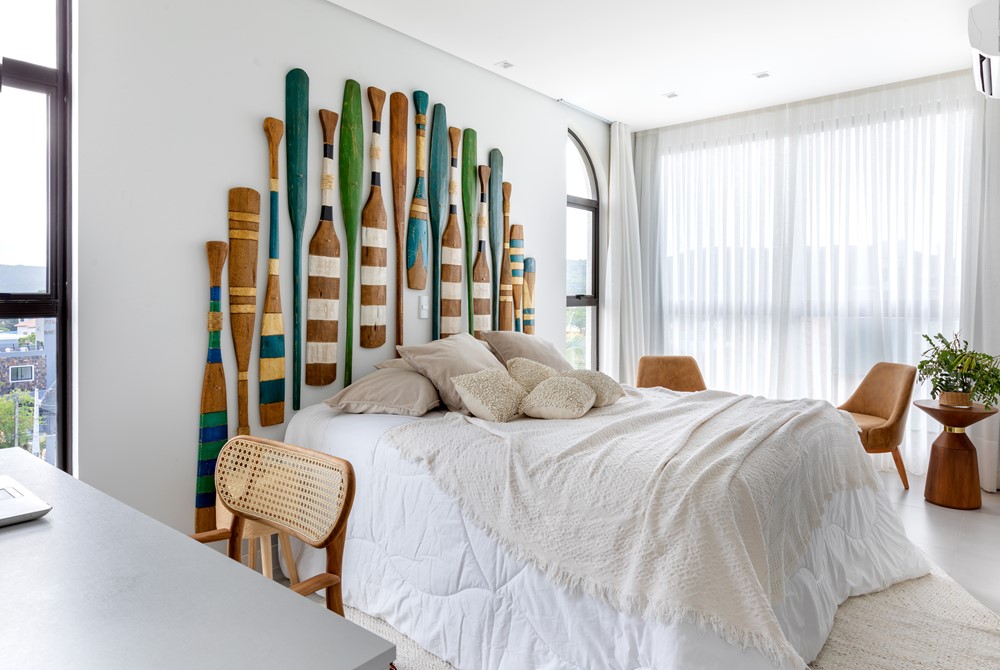 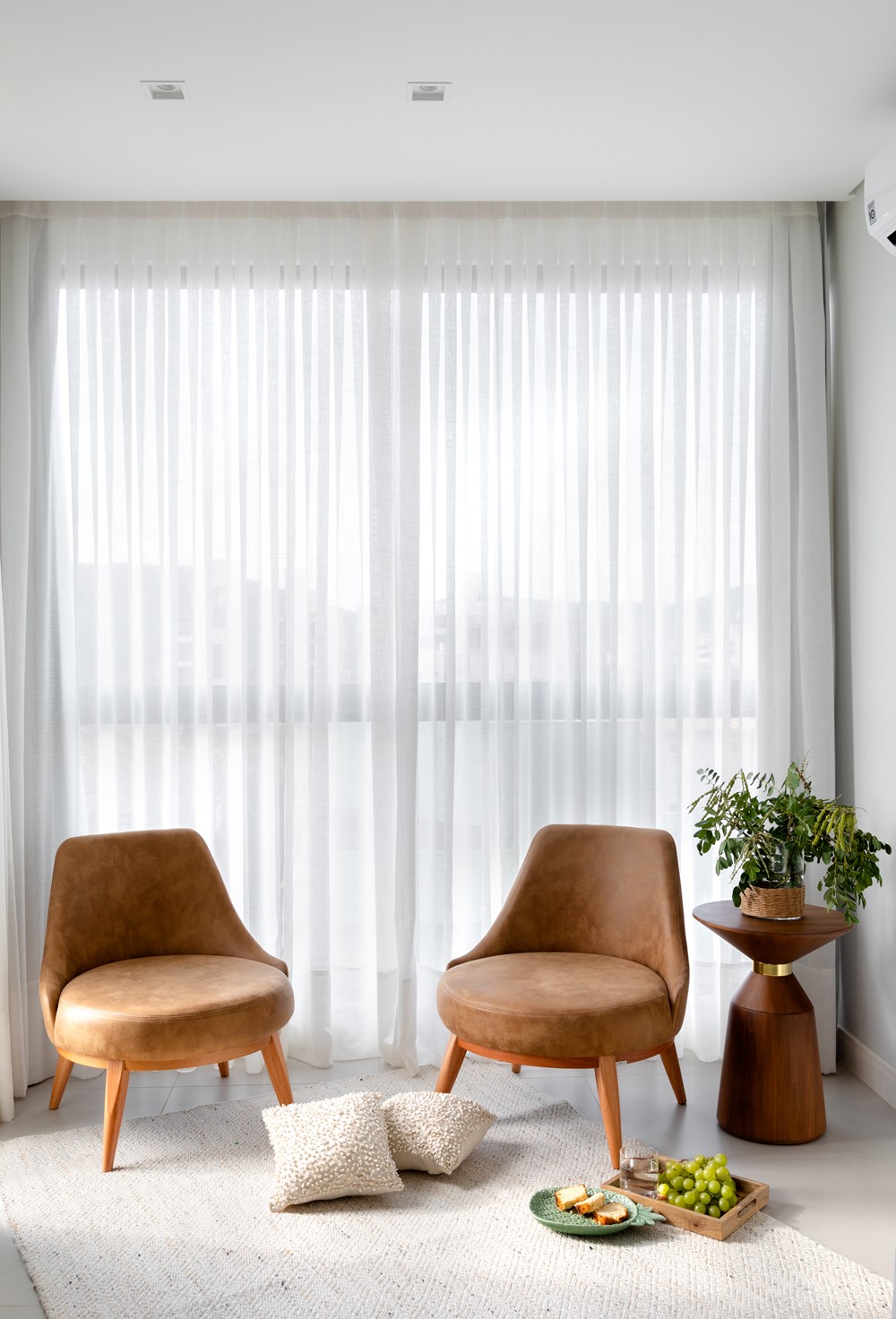 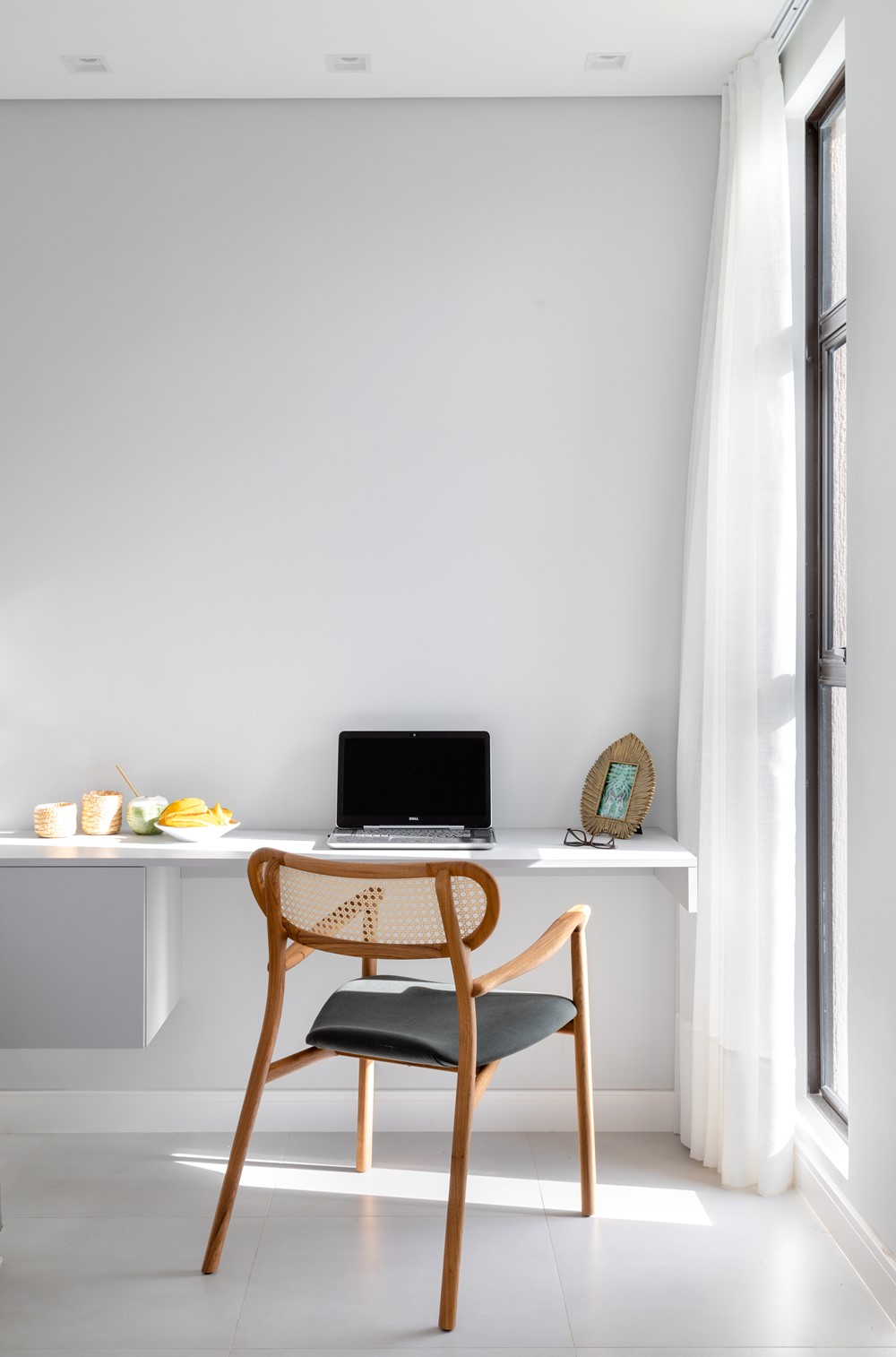 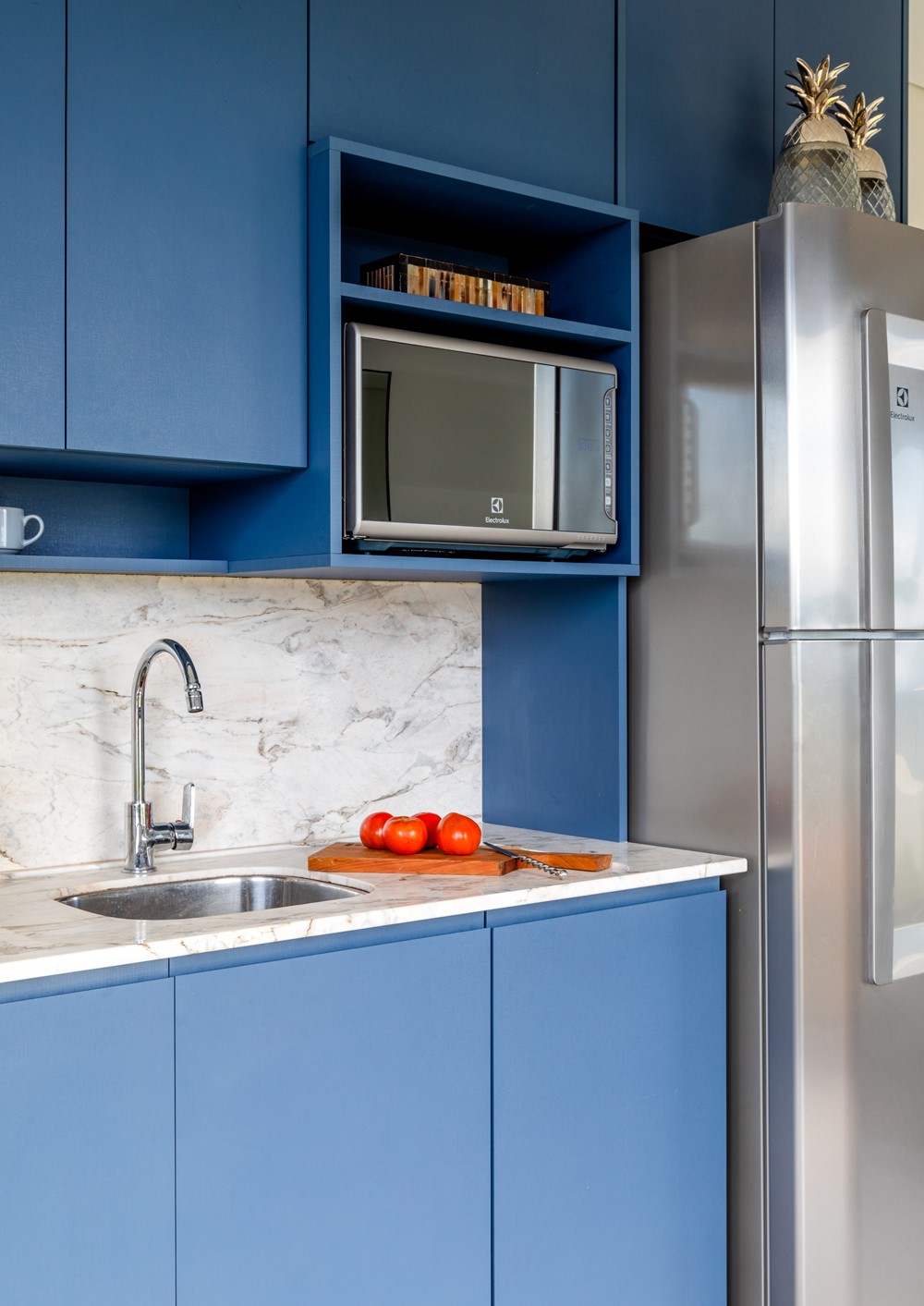 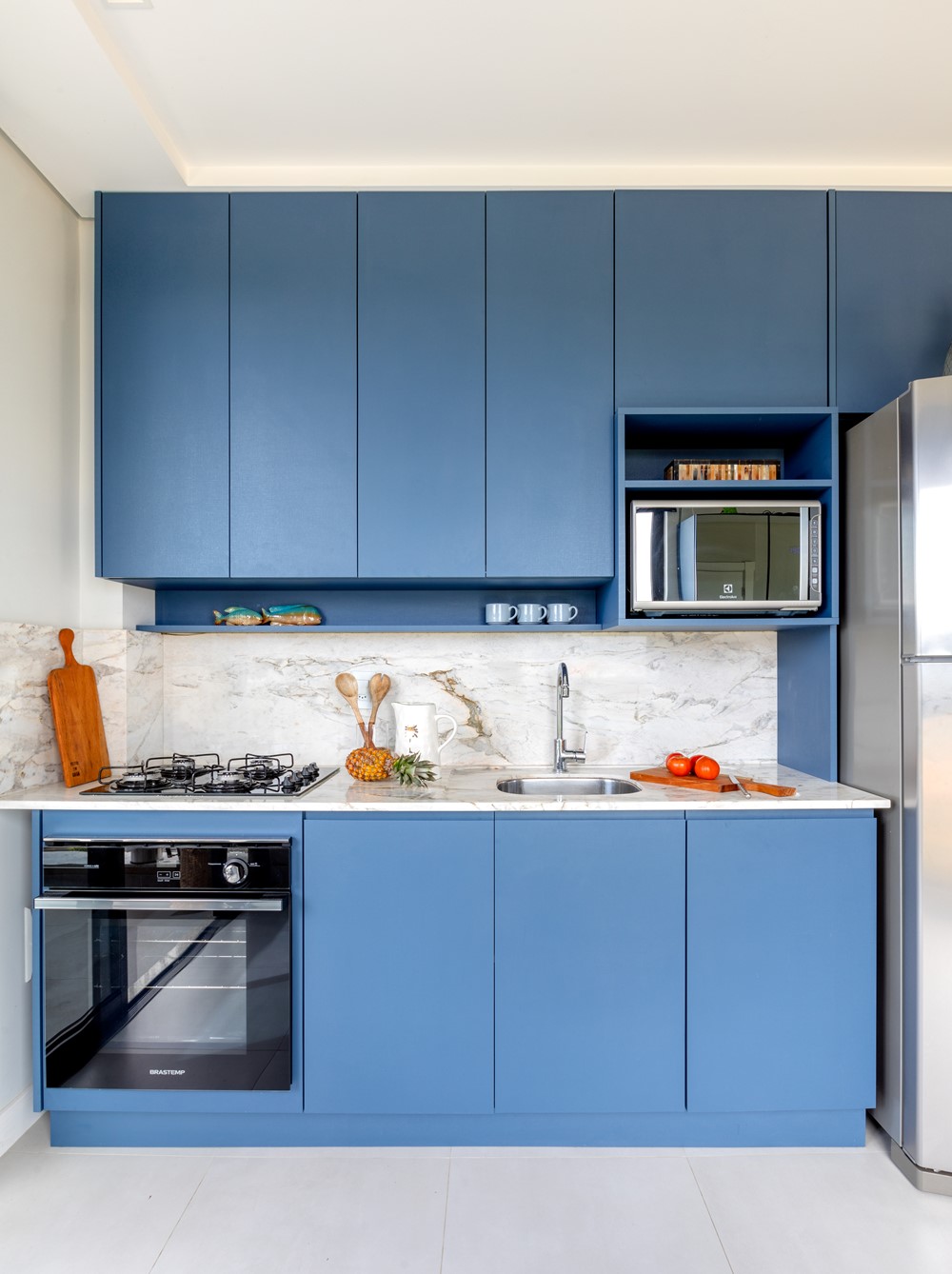 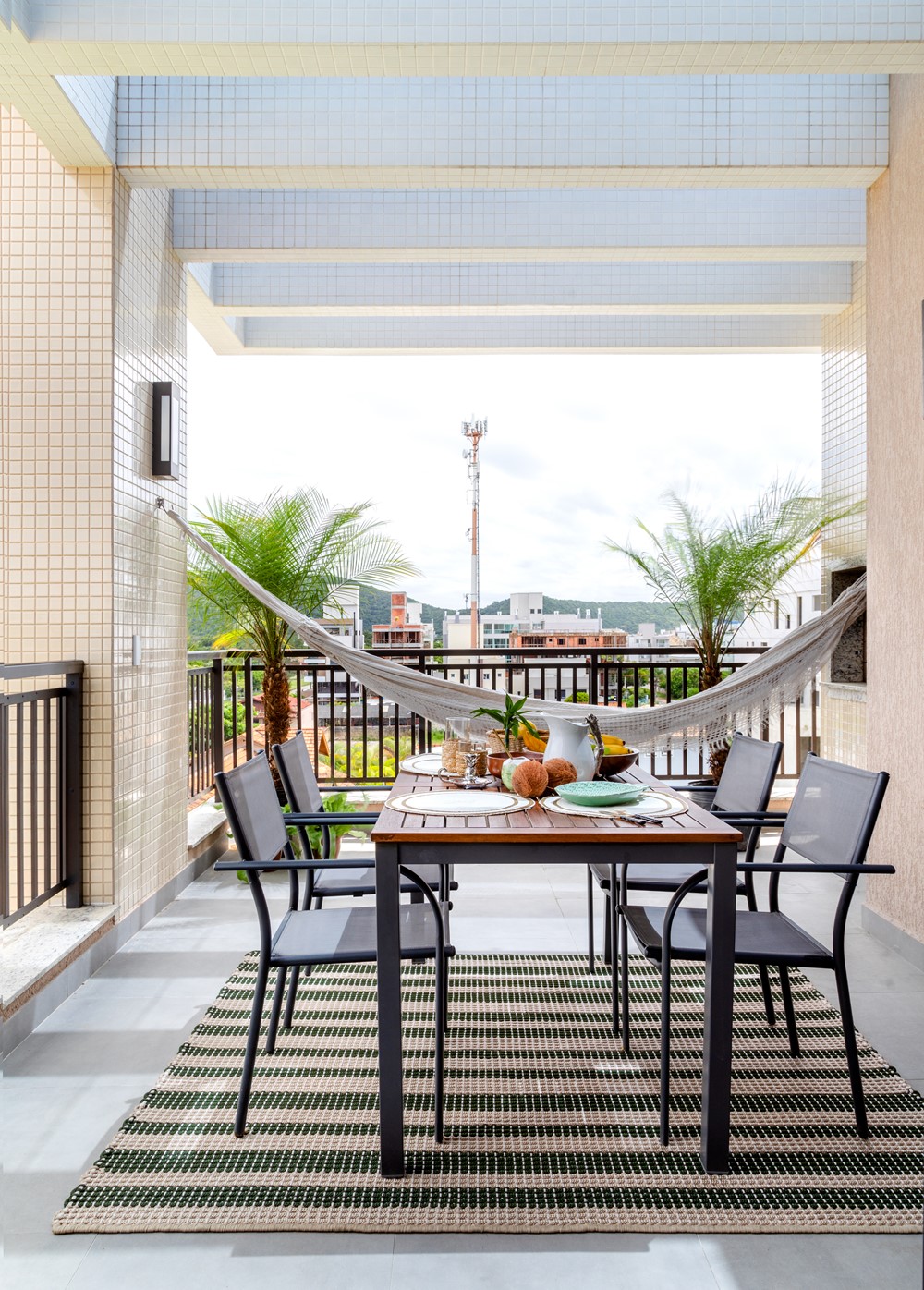 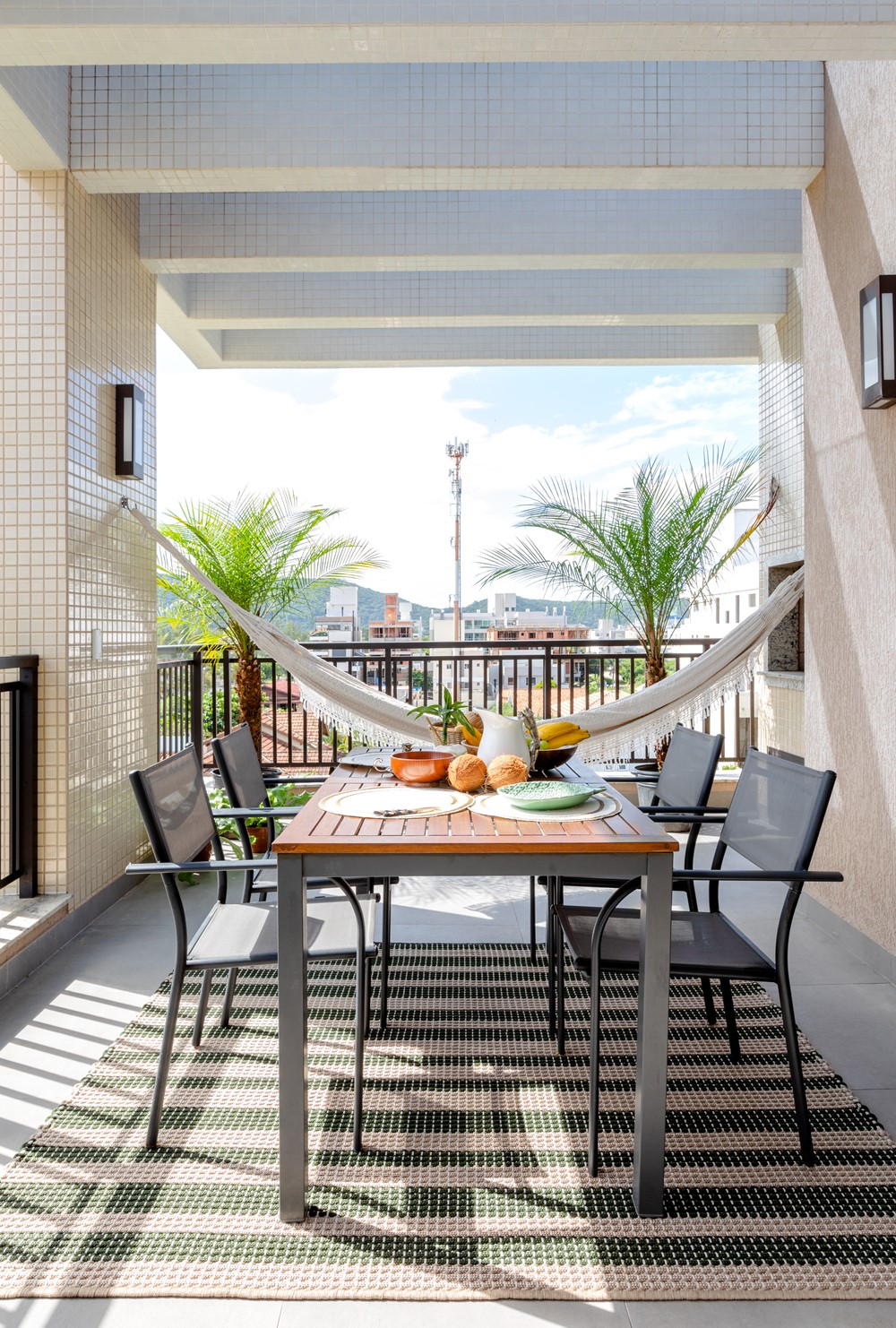 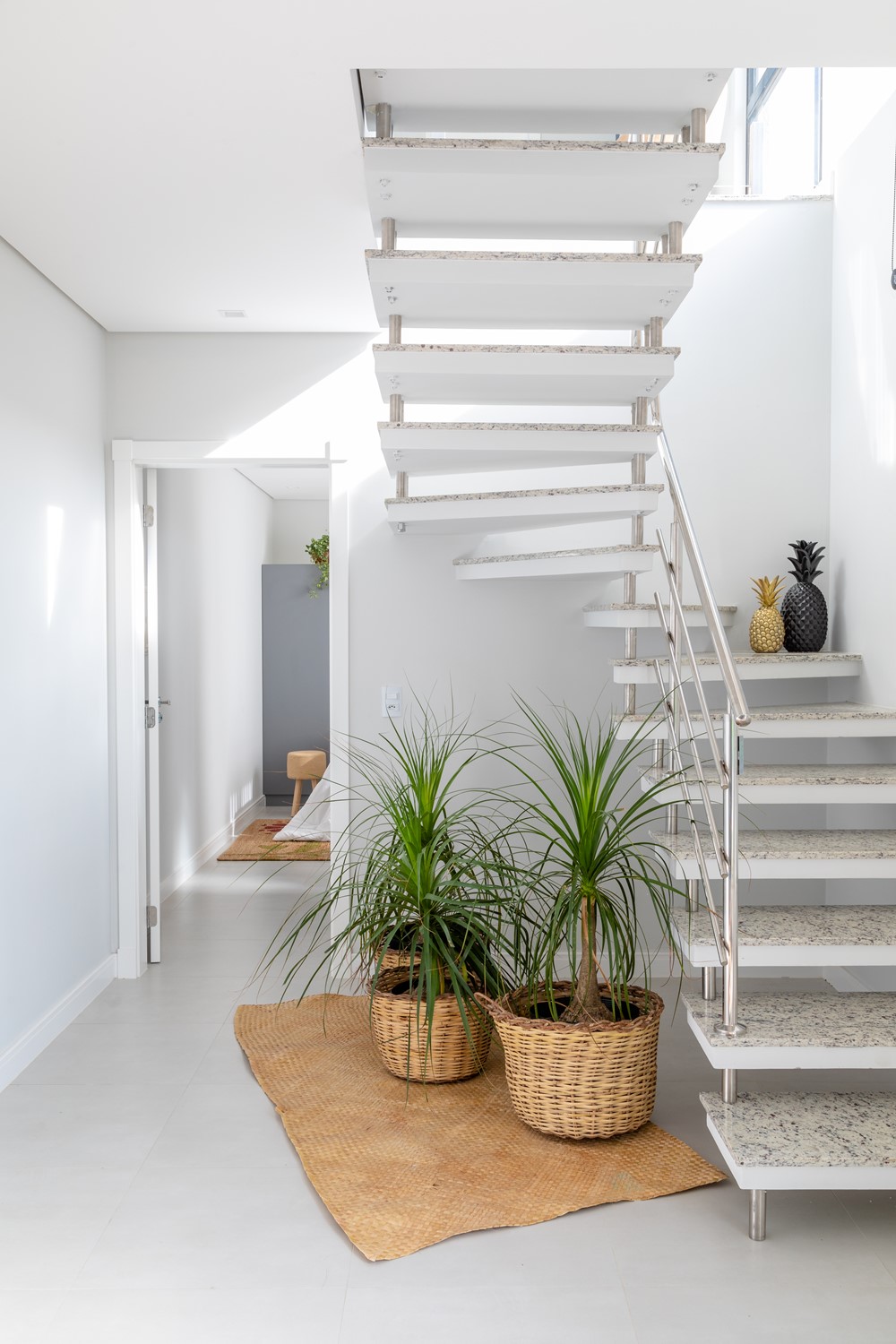 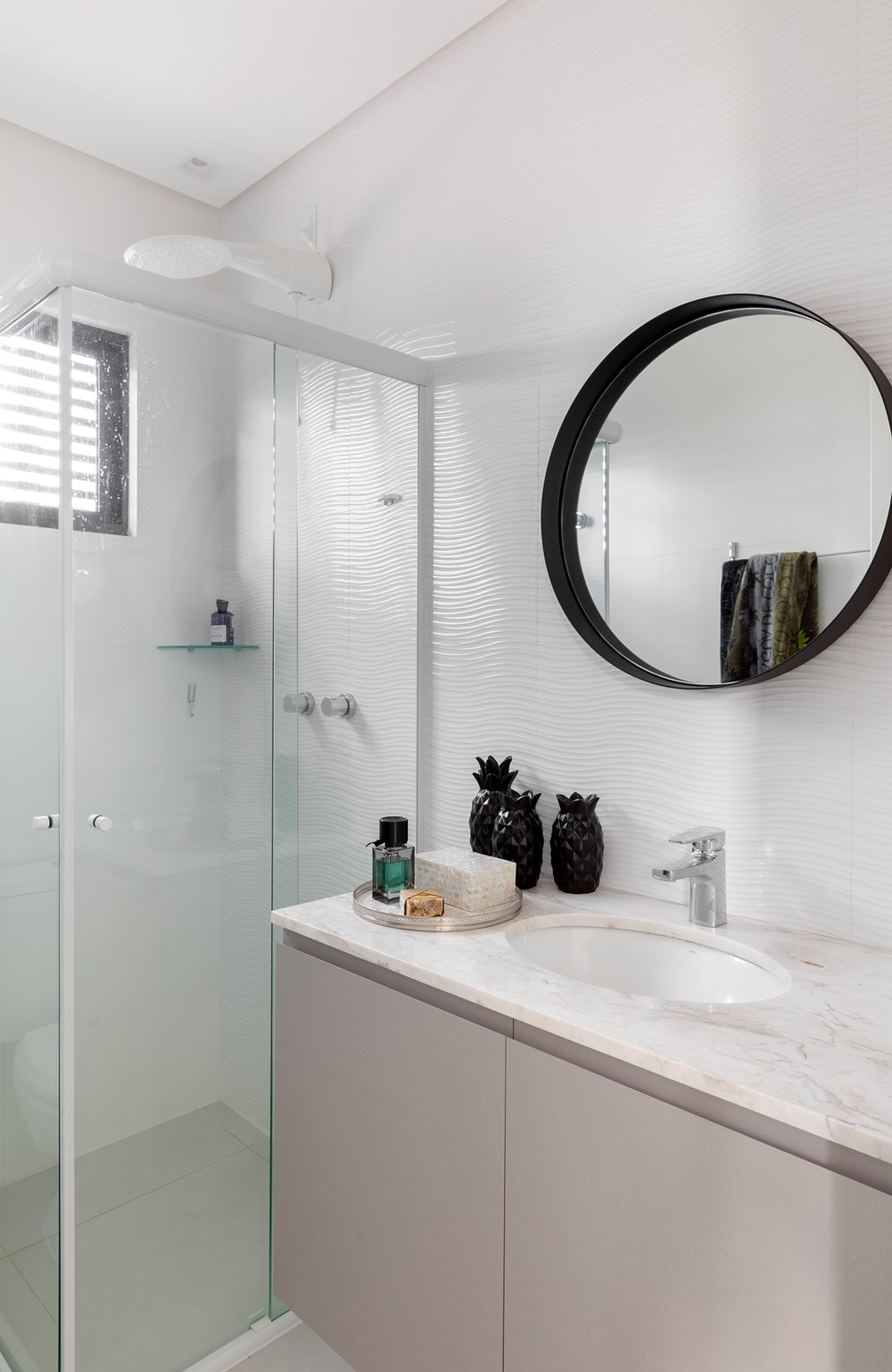 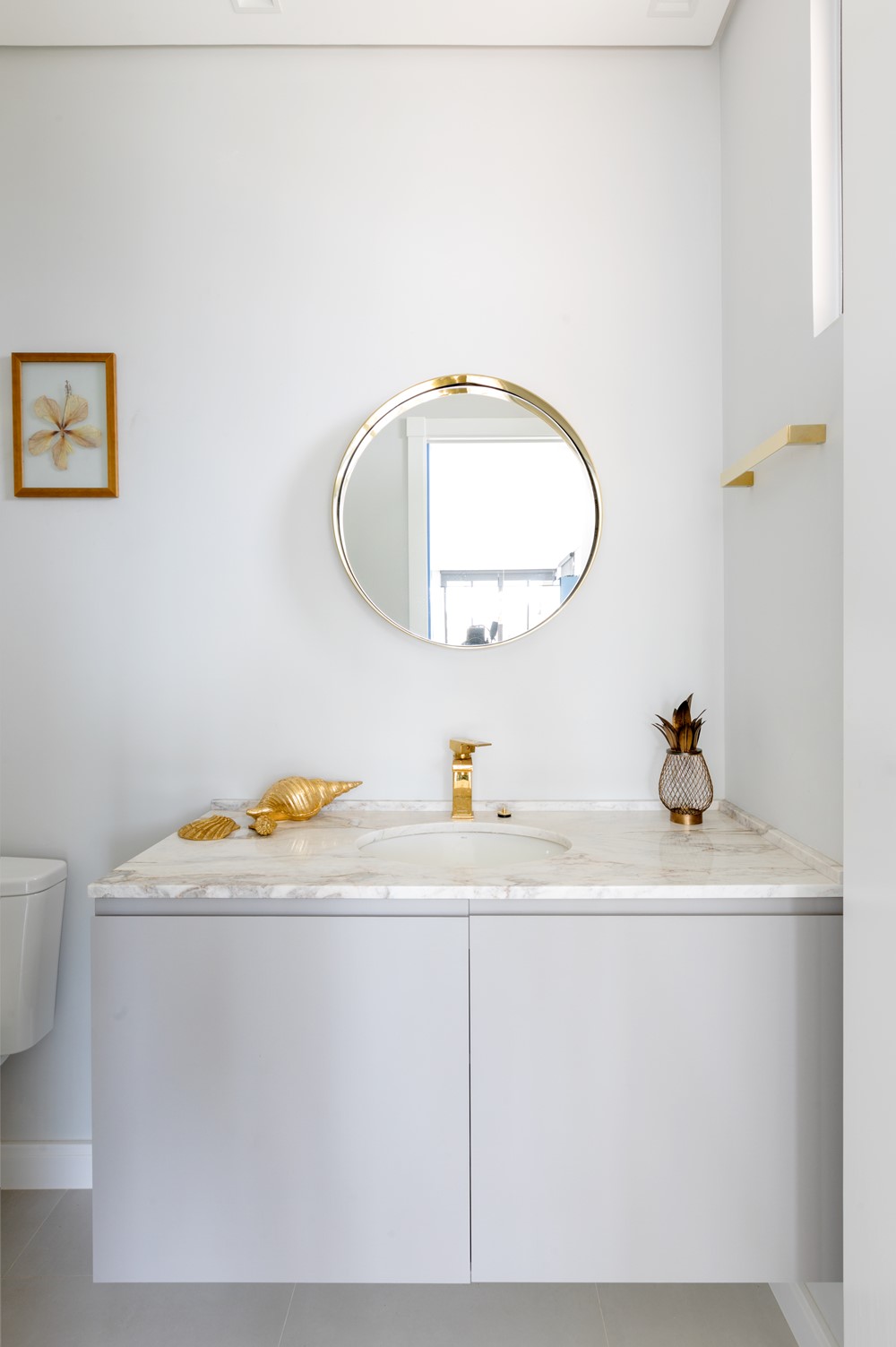 The apartment has 120 square meters: 60 meters upstairs, where the social area is and 60 meters downstairs, where the entire intimate area is; including the living room between the rooms that creates the Zen space. There are two suites and, between them, the staircase that goes up to the social space. The interesting thing about this project is that there are two doors, one on each floor: the door in the intimate area is the one on the stairs and, in the social area, the toilet, kitchen, living room and an open terrace with barbecue are located. it also has the possibility of installing a jacuzzi in the future. “The place is ‘totally nature’! Sea, birds, sun and moon… and that was really cool for the inspiration of the project”, says Daniel Wilges.

The architect explains that, “like any newer apartment, the project has very compact dimensions and, therefore, we seek to bring a new look, a new language, to also feel disconnected from the ‘urban world’. In other words, as much as the apartment typology takes you to the ‘urban world’ again, I tried to break it. Either with a blue color, or with some different ideas such as the head of the room under the oars work or with the Zen space itself, as it is a place of a lot of reconnection with oneself, of a lot of nature. So I included some works made by the Indians I met in a village in Garopaba”, says Daniel about his inspirations.

In addition to the difficulty with redesigning the kitchen, as it is a very compact space, it was also a passage area and, both there and in the rooms and bedrooms, the windows are all “floor-ceiling” and, when that happens, there is a difficulty in concentrating and organizing the joinery and the arrangement of furniture in front of these windows. “So, as much as the apartment is extremely permeable, it is very ventilated and very bright, it’s almost like a reality show”, jokes Daniel. “That’s because, when passing outside, life in the apartment is exposed, so there is this difficulty in organizing the layout”, he says.

As the apartment came with the main elements of the construction company, that is, it was more neutral, the architect chose to add more color and more “warmth” to the decoration project. “Even with the most natural colors, we work to contemplate nature. In this moment of pandemic, beach houses became refuge for many people and, therefore, the intention of creating a happy ‘footprint’, with color and a higher spirit, with the most contemporary signature of the office”, justifies the architect.

Another interesting point of the project is that, after the architect’s interventions, it became a meeting point to gather the family, and the implementation of the glass cover on the pergola, allows the space to be used even on rainy days. Still thinking about the safety of the whole family, the stairs were prepared “proof” for children and pets.