Barbizon is an apartment designed in 2008 by Fernanda Marques Arquitetos Associados, covers an area of 730m² and is located in Manhattan, NY. 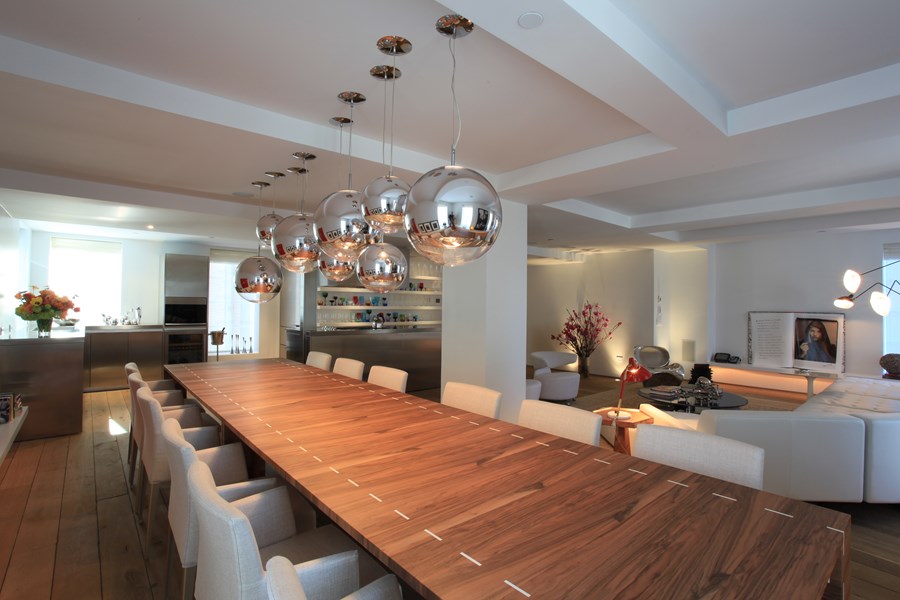 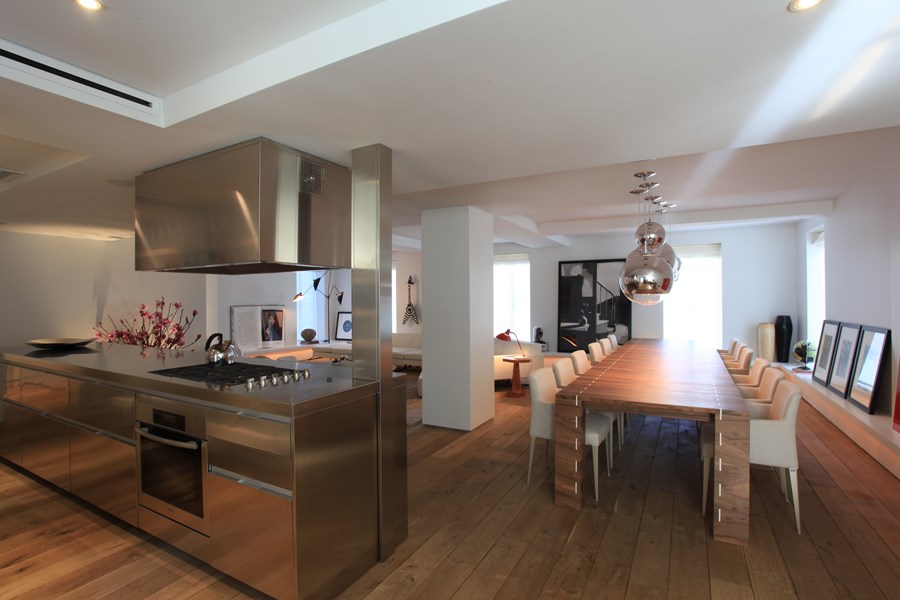 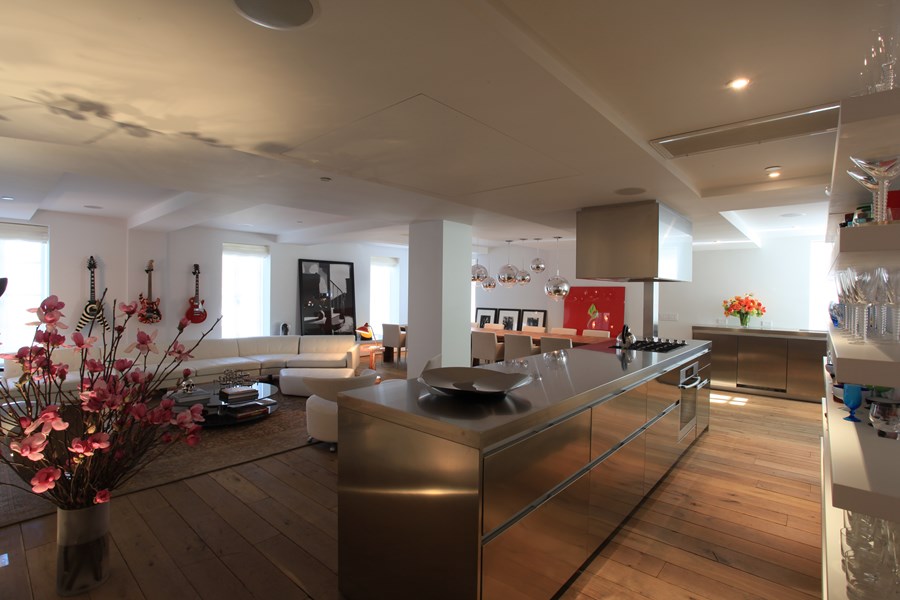 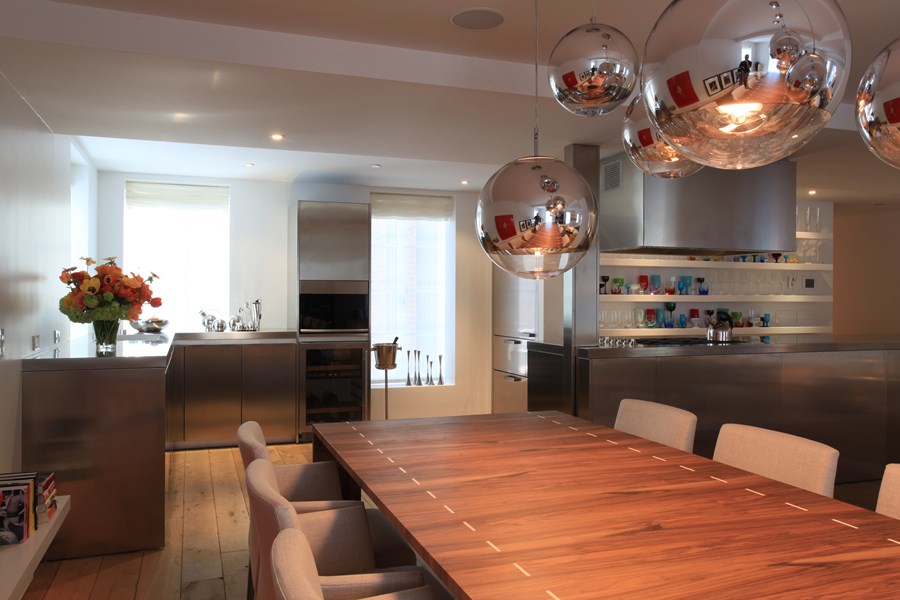 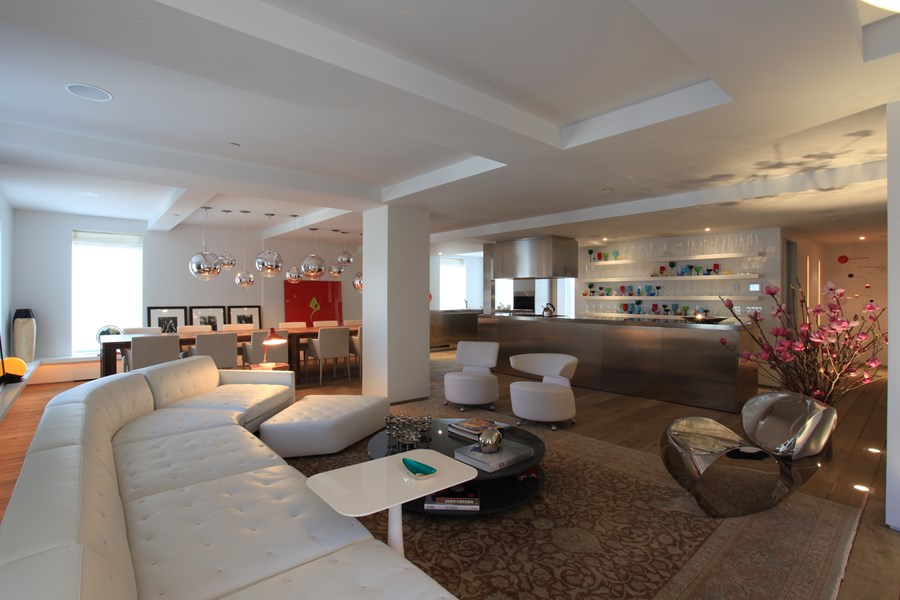 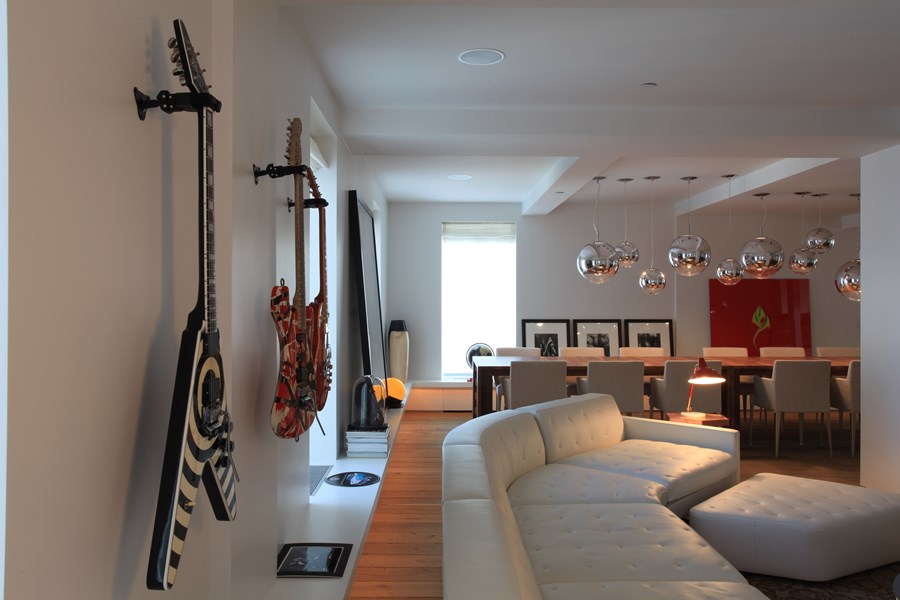 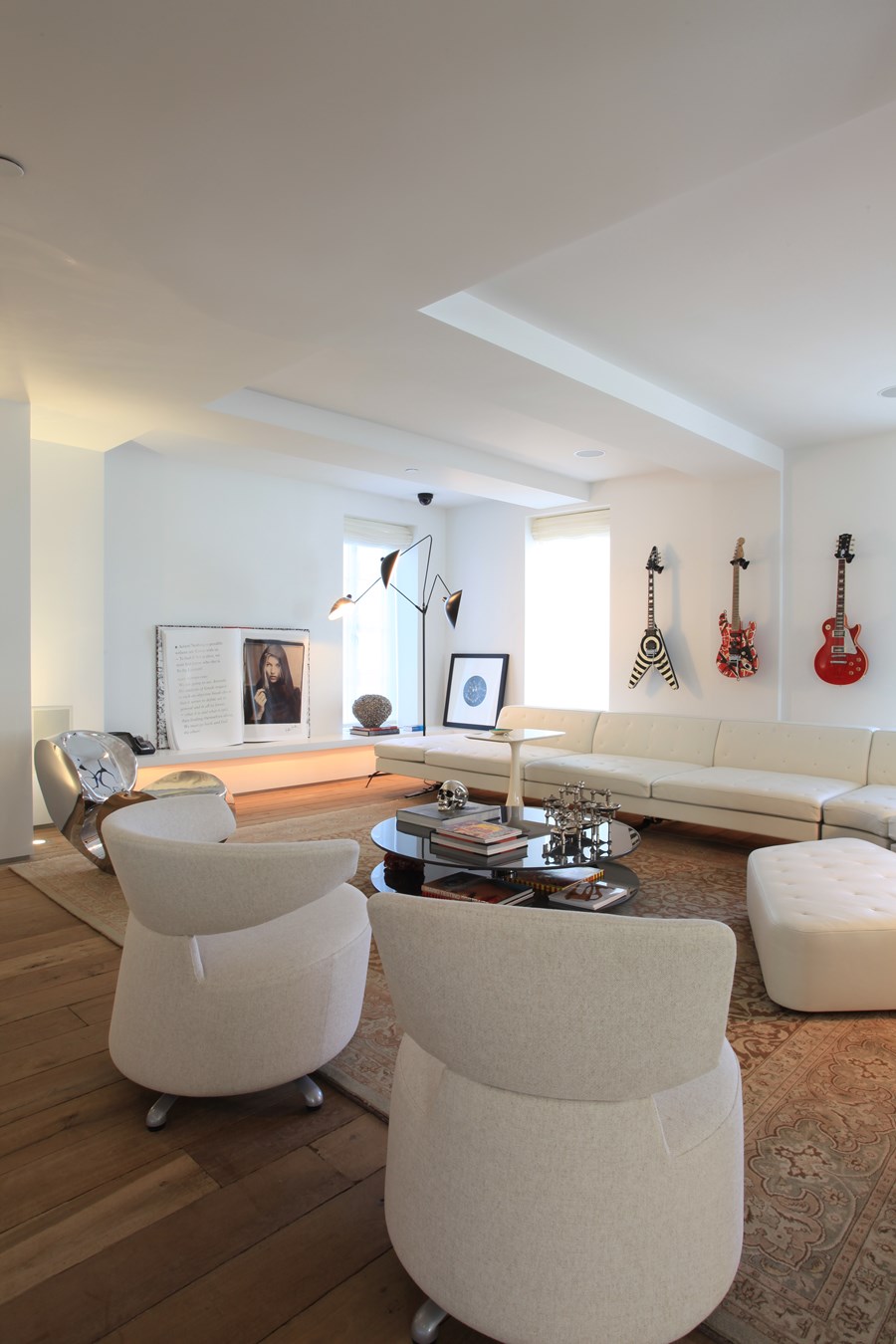 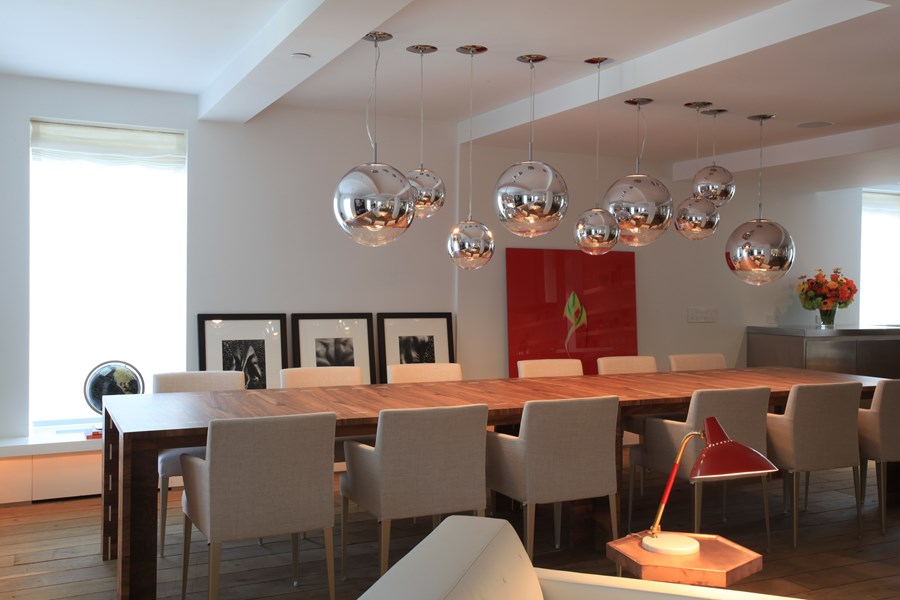 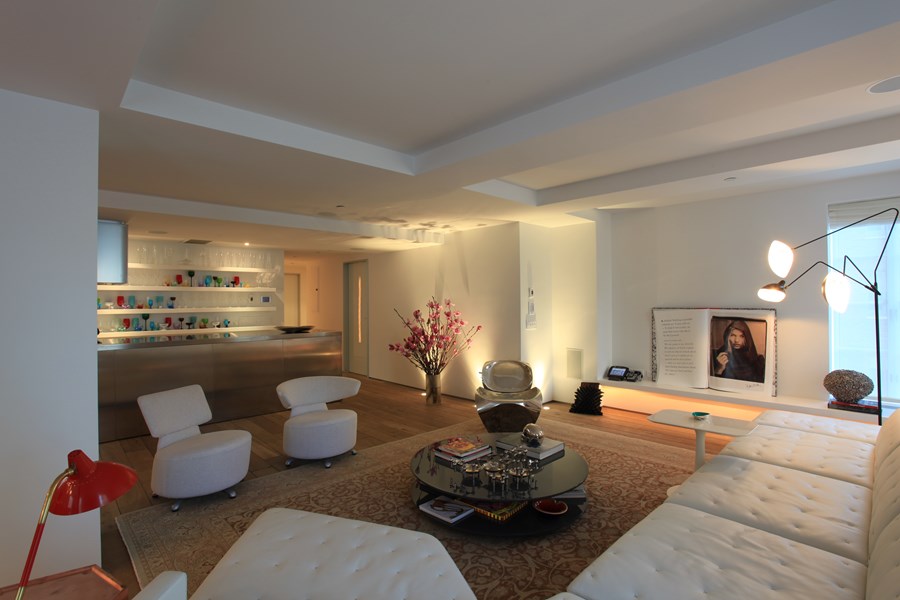 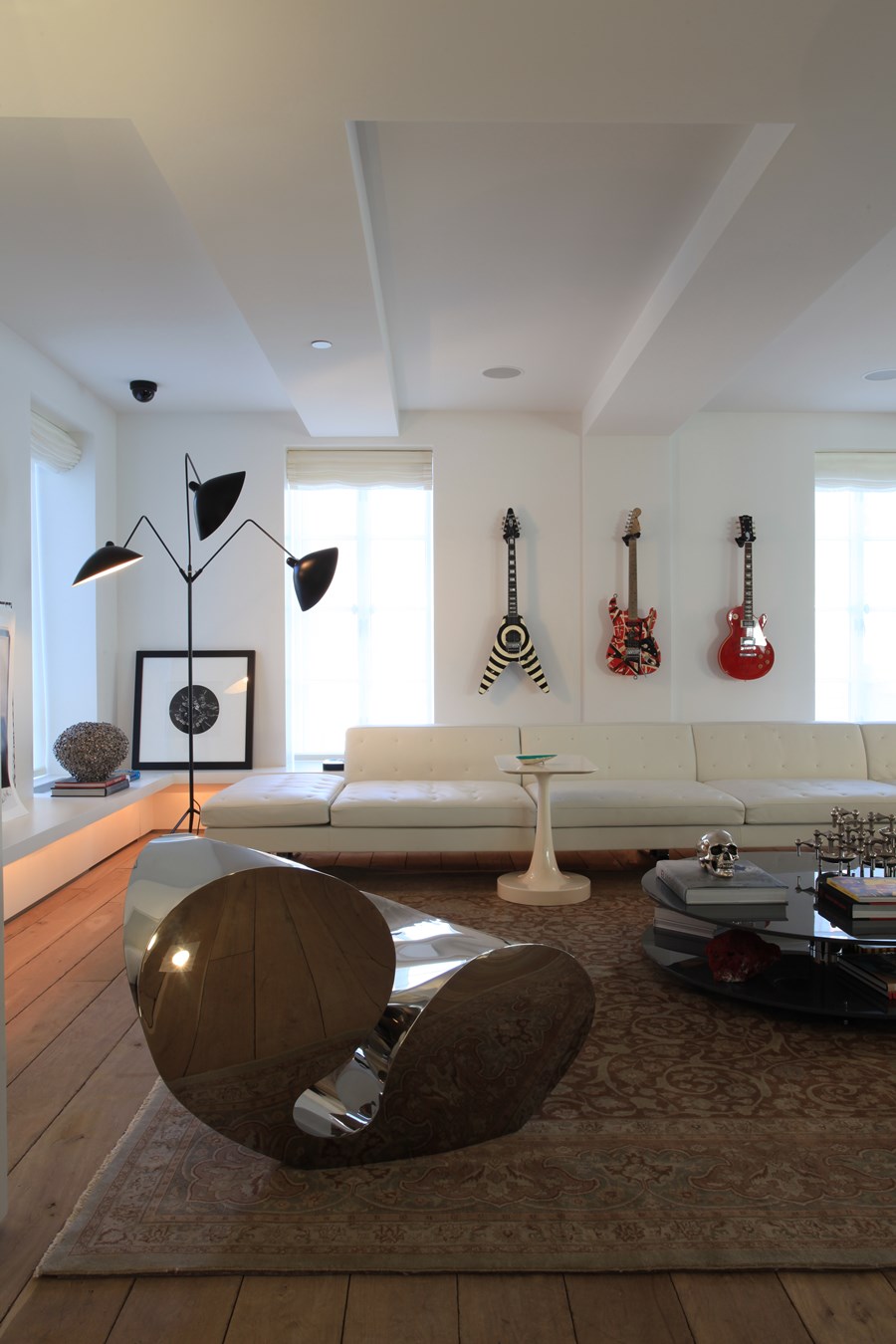 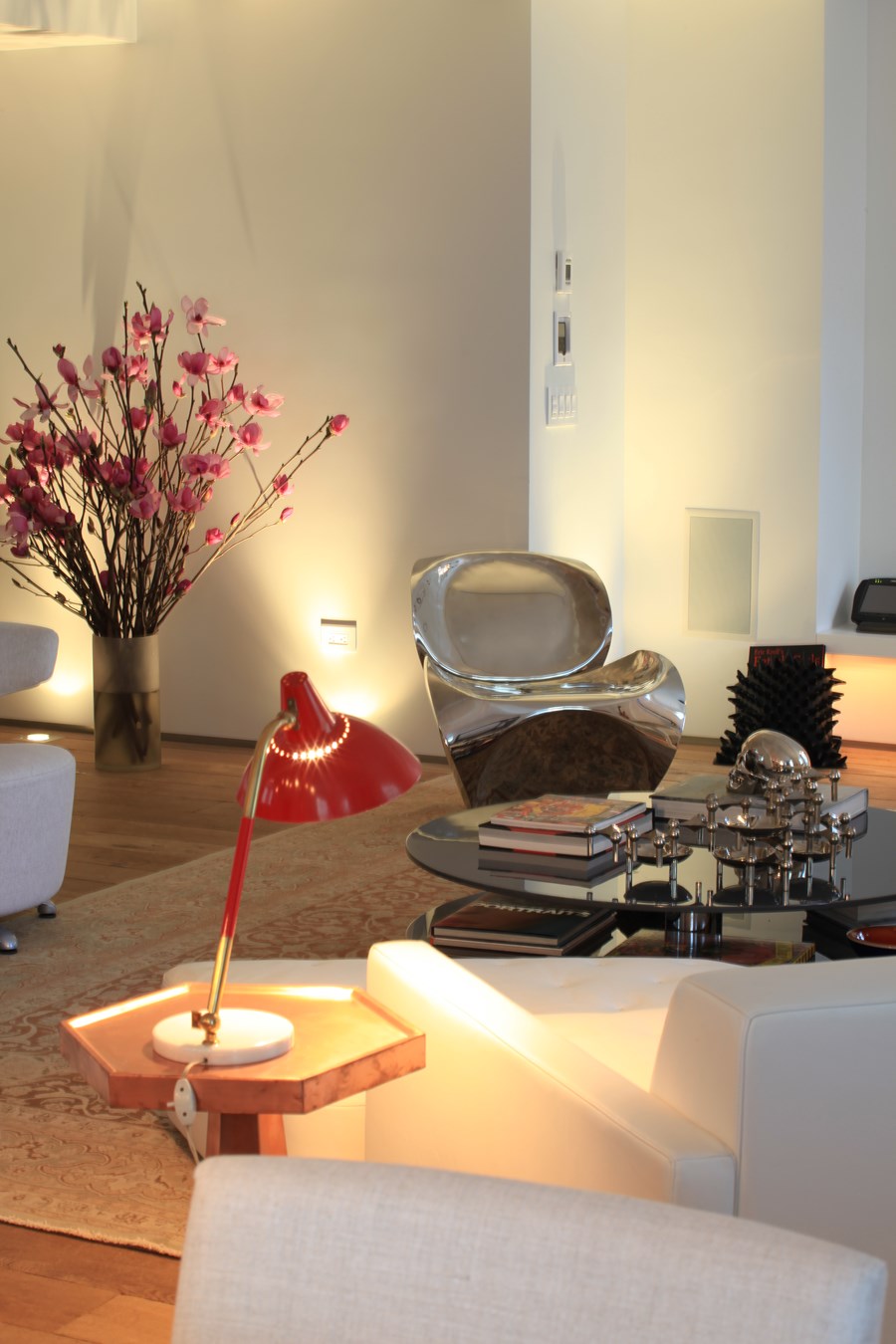 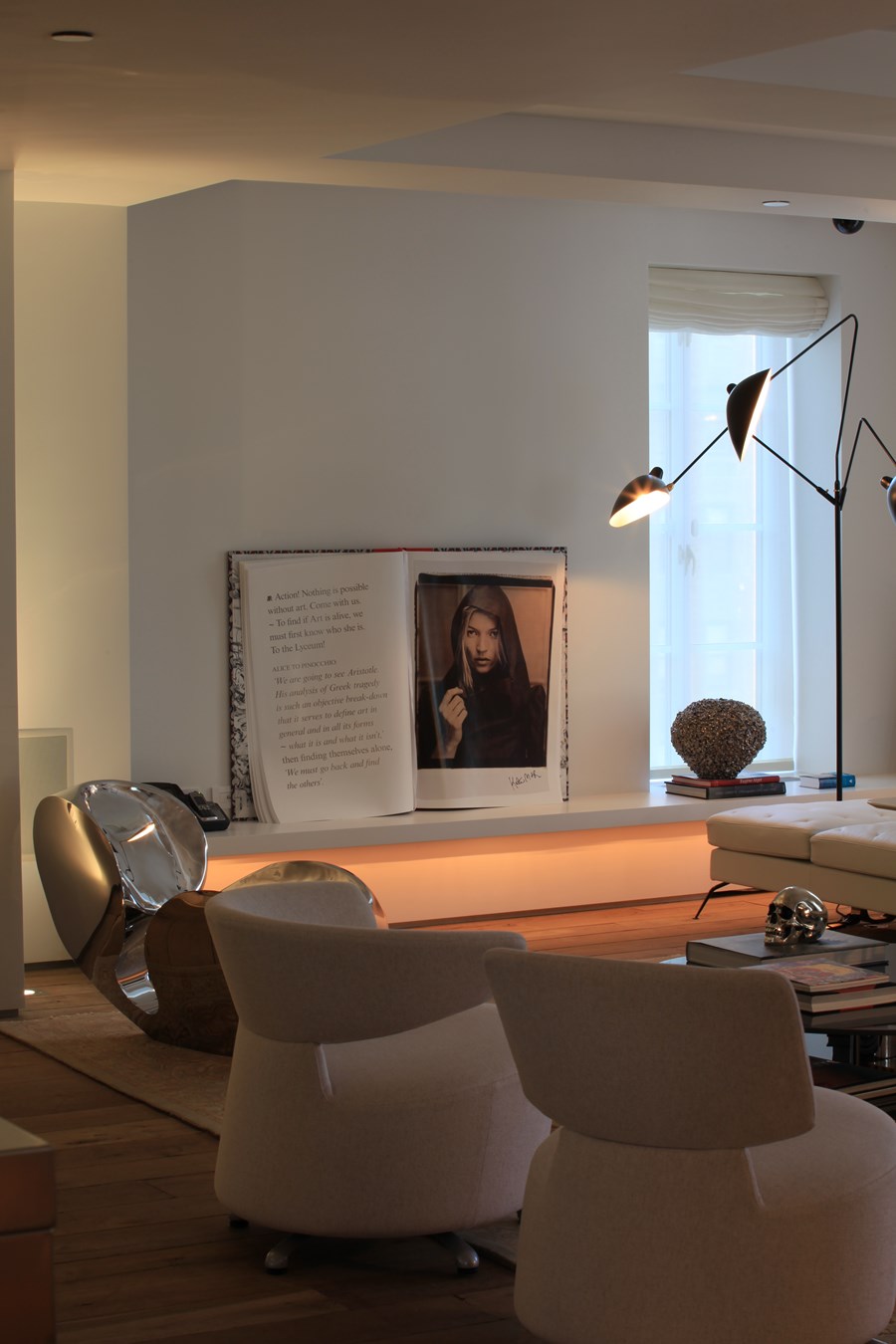 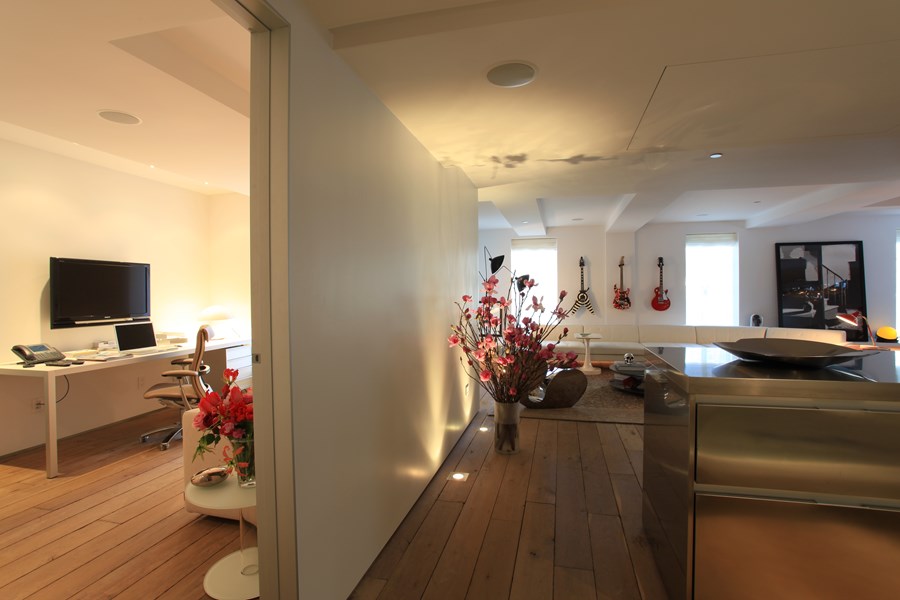 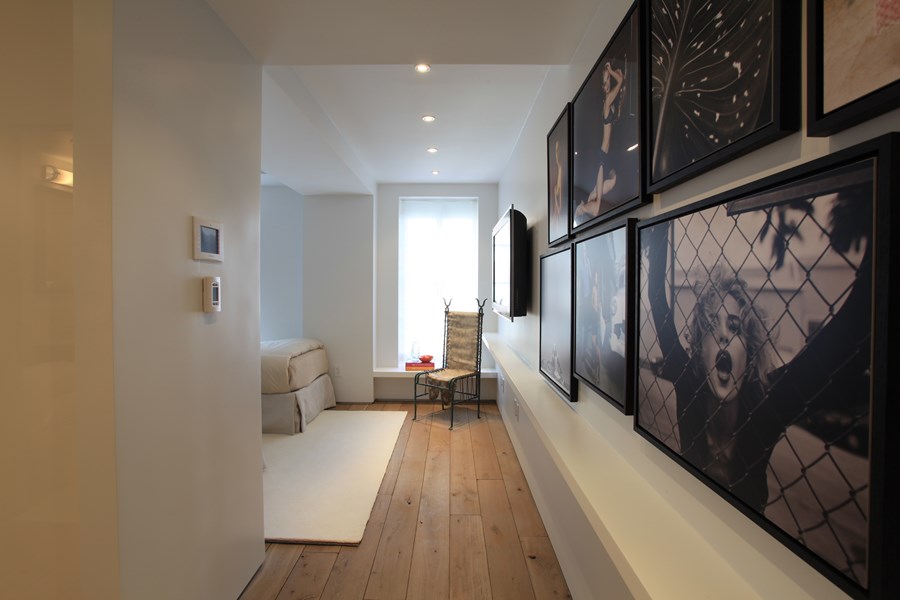 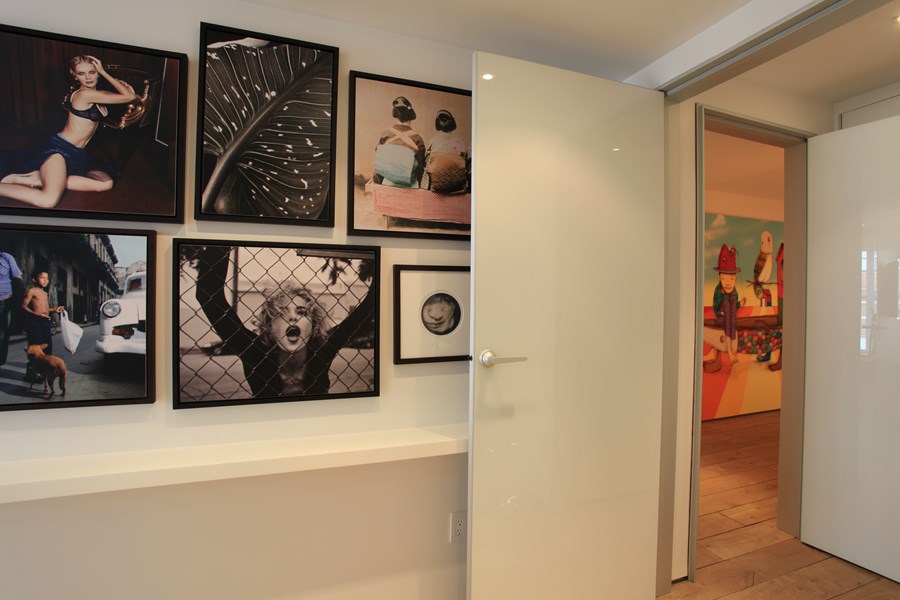 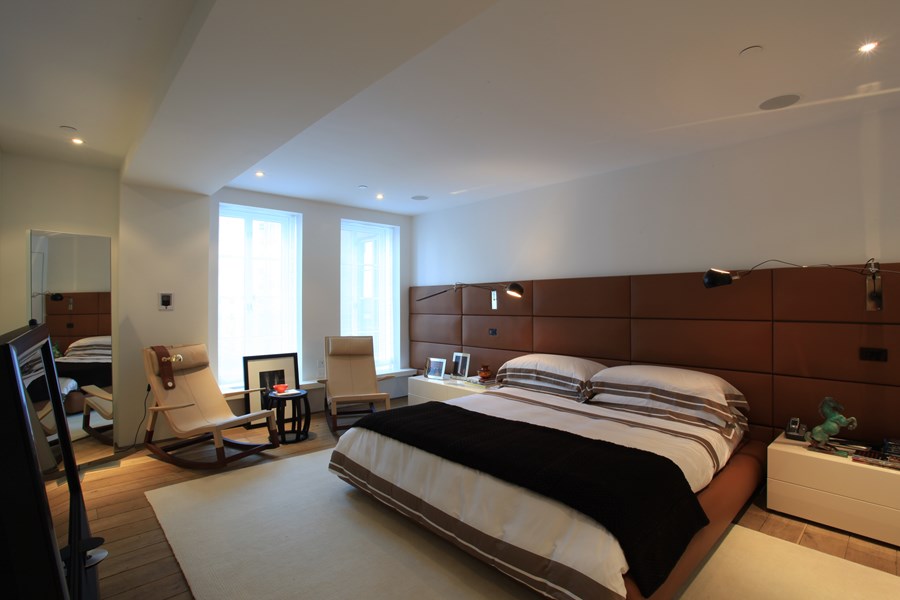 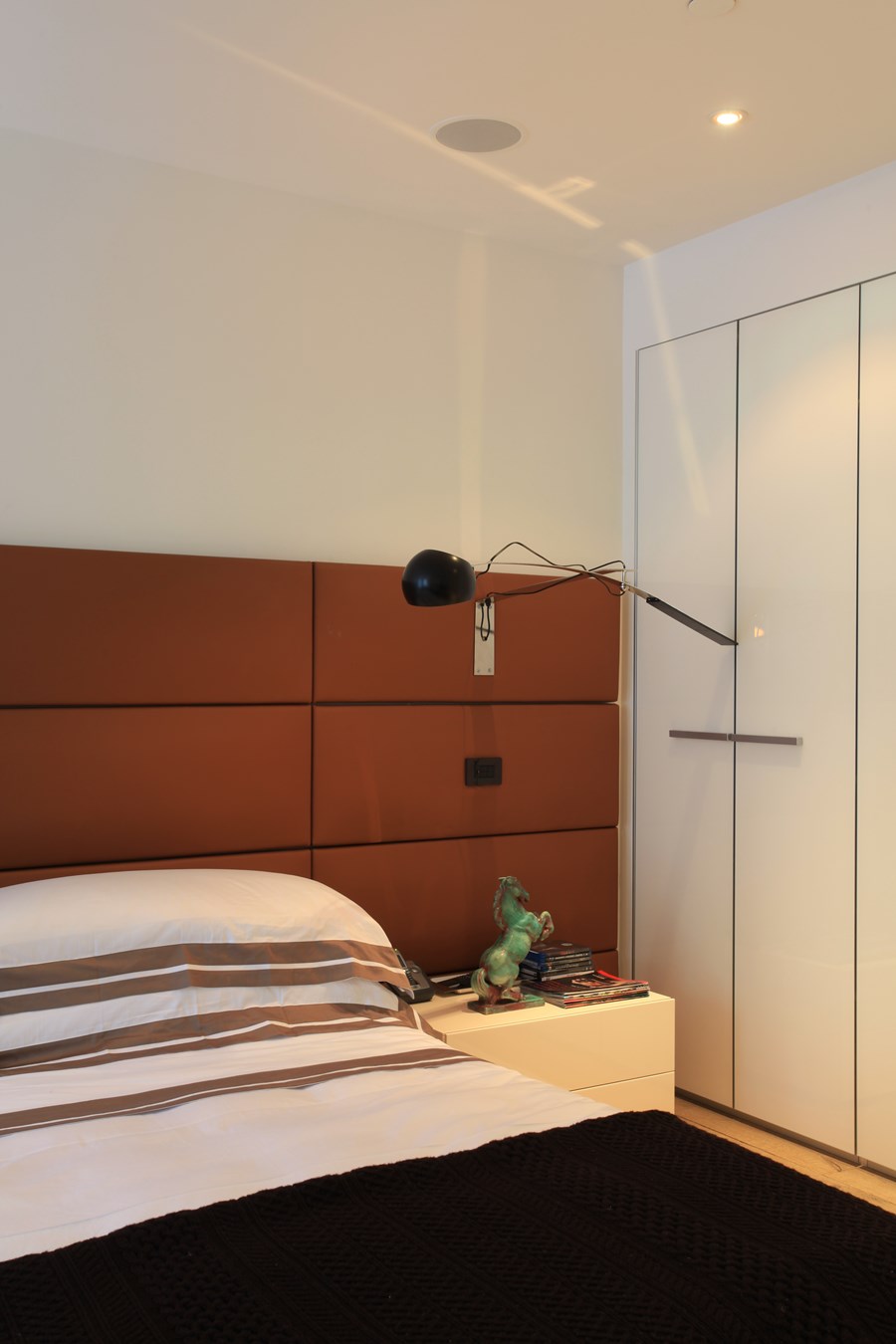 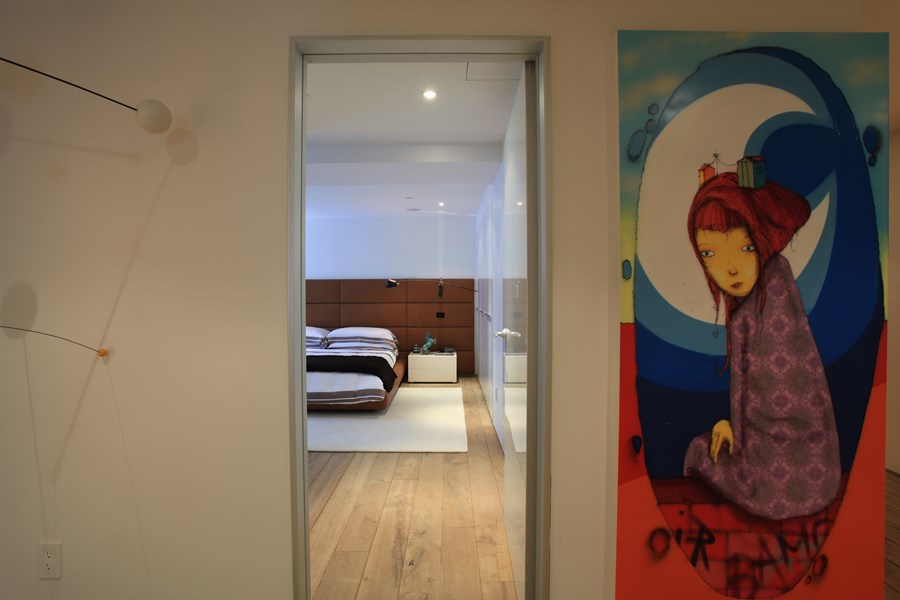 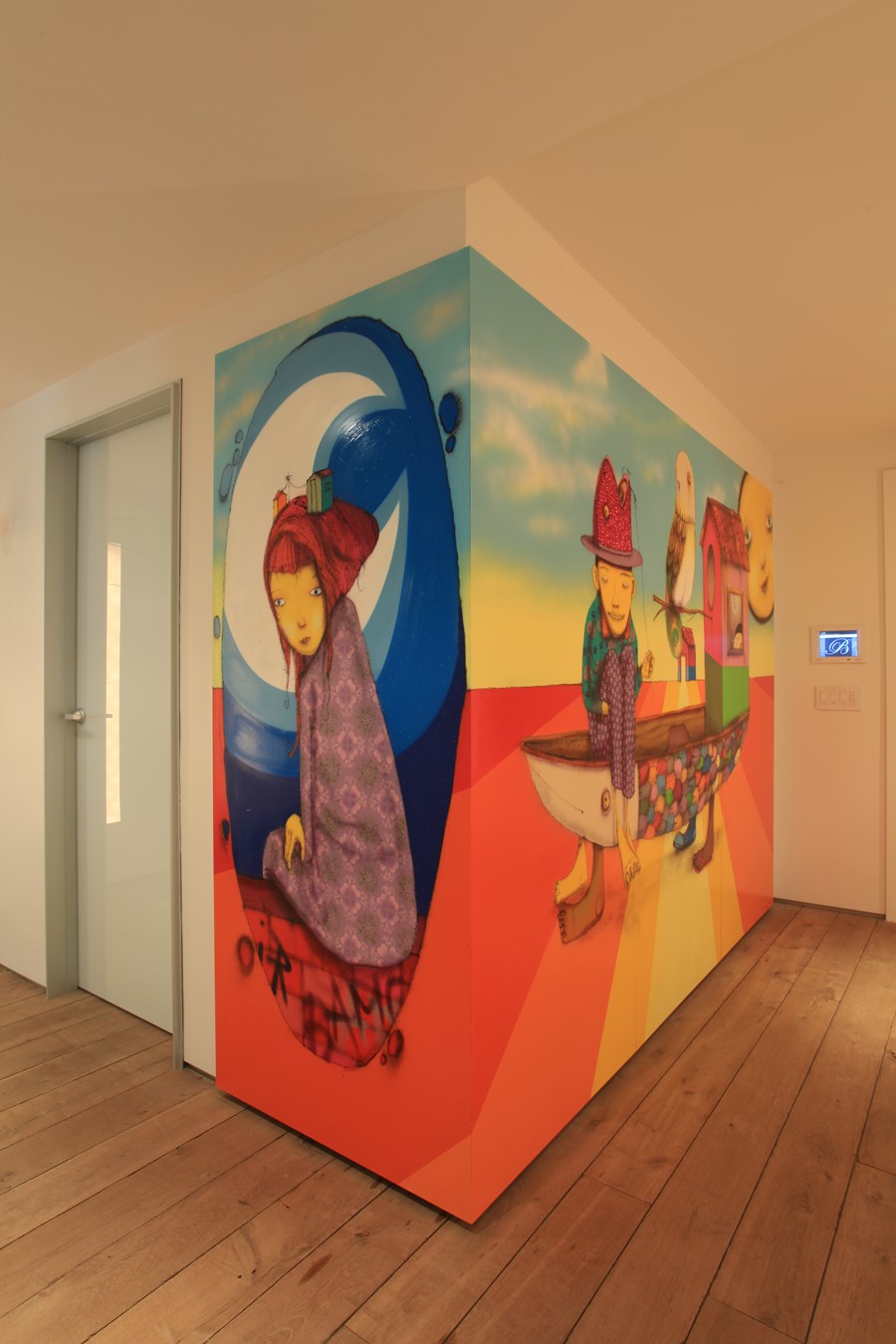 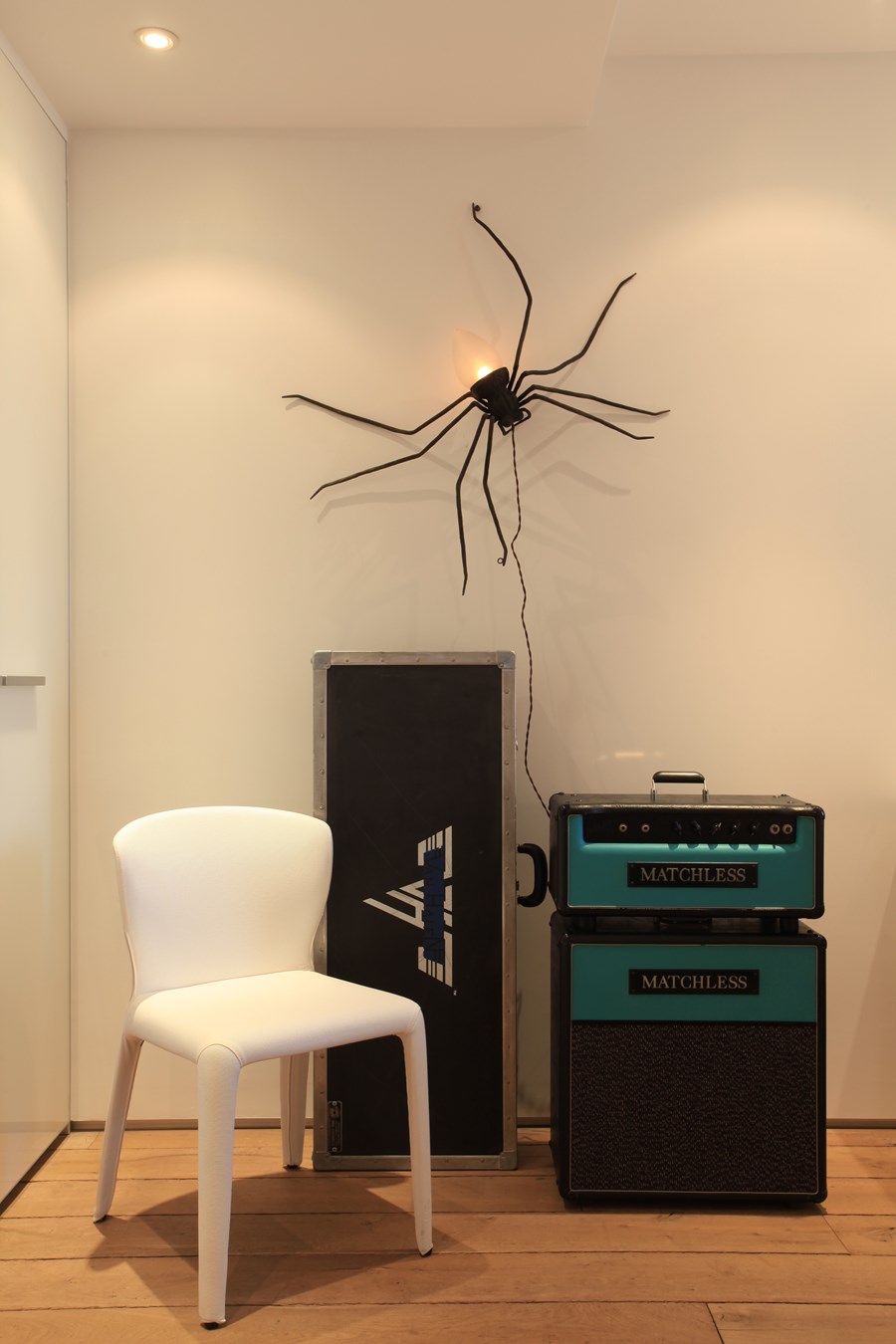 New York’s East Side. The modern 220 m2 apartment, in the city’s first residential conversion (the emblematic Barbizon) was just the starting point for Fernanda Marques’ first project in the Big Apple following her first commercial initiatives abroad.
From the original floor plan, “nothing is as it was”, and the Brazilian architect kept the not-so-high and beamed ceiling, rather than putting up a traditional plaster ceiling that evens out everything, a no-no among local architects. “I took the beams on!”, she says.
Pristinely off-white, the space is designed around the “old versus new” idea, with its reclaimed wood floor throughout the apartment, finished with a matt resin. The client – who had already commissioned other projects from her in Brazil – displays his passion for art, music and wine in the apartment. “He is bold, athletic and young at heart”, says Fernanda, who brought the three guitars that take up the wall in one of the bedrooms out into the lounge, “giving them a prominent role in the setting, as he plays the instrument” – a bit of gossip: one of them came from Van Halen. The wine bottles are kept in a large storage unit, sheltered along the long corridor formed opposite the ample worktop. On the walls, important names in Brazilian art who have gained international renown: Vik Muniz, os gemeos, who were flown over to graffiti
the wall, a portrait of emigrants (in Portinari fashion?), expatriated (like the owner?).
In short, an eclectic and personal mix of art and practical life which make up the client’s lifestyle.
Right from the gallery (the entrance hall is actually shaped like one) art reigns over the apartment. The other rooms – the living-room, master suite, guest bedroom, study and also the kitchen – talk to one another, integrated by means of openings and extensive use of photographs. The furniture came largely from Italy, in addition to
pieces acquired in auctions from houses such as Christies’. One of the highlights is the polished stainless steel chair by Israeli-born Ron Arad, in its bold sculptured form.
Vintage lights provide warmth to the space, with its huge wooden dining-table that sits twelve. Italian sandblasted glass doors glide smoothly, as do the white linen curtains the new areas begged. These were in the very well thought-out brief, from a client who knew exactly the outcome he wanted for the job, which lasted a year. And this led Fernanda Marques and her team to carry out her work with the requested touch: an absolutely contemporary air, dotted with unique pieces, not seen or explored much in the our interior design projects.
Photographer: Tuca Reines