Atrium House is a project designed by Fran Silvestre Arquitectos, covers an area of 782.85 sqm and is located in Valencia, Spain. 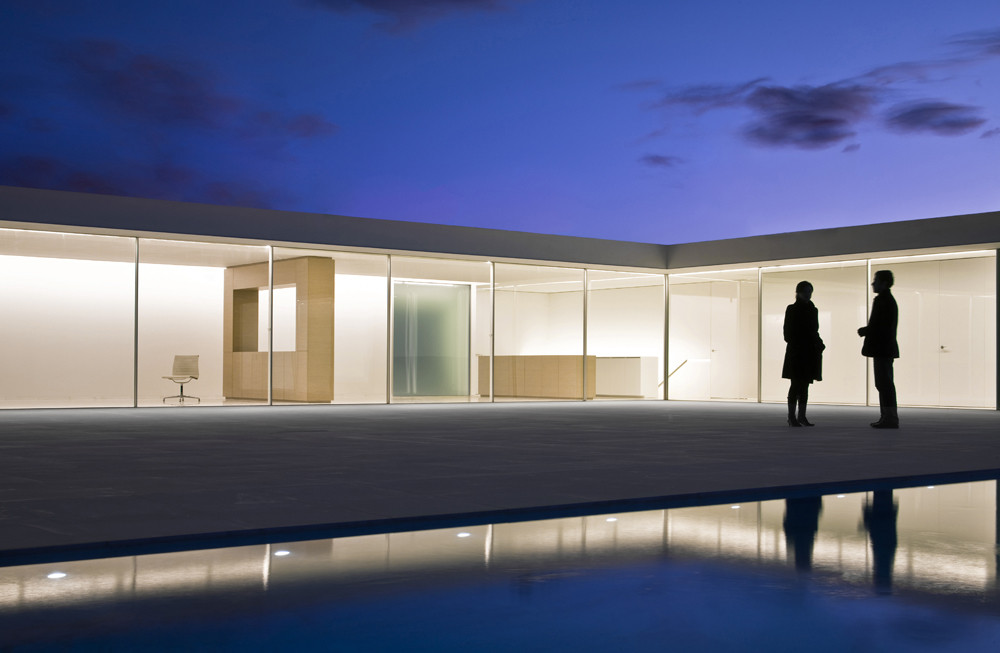 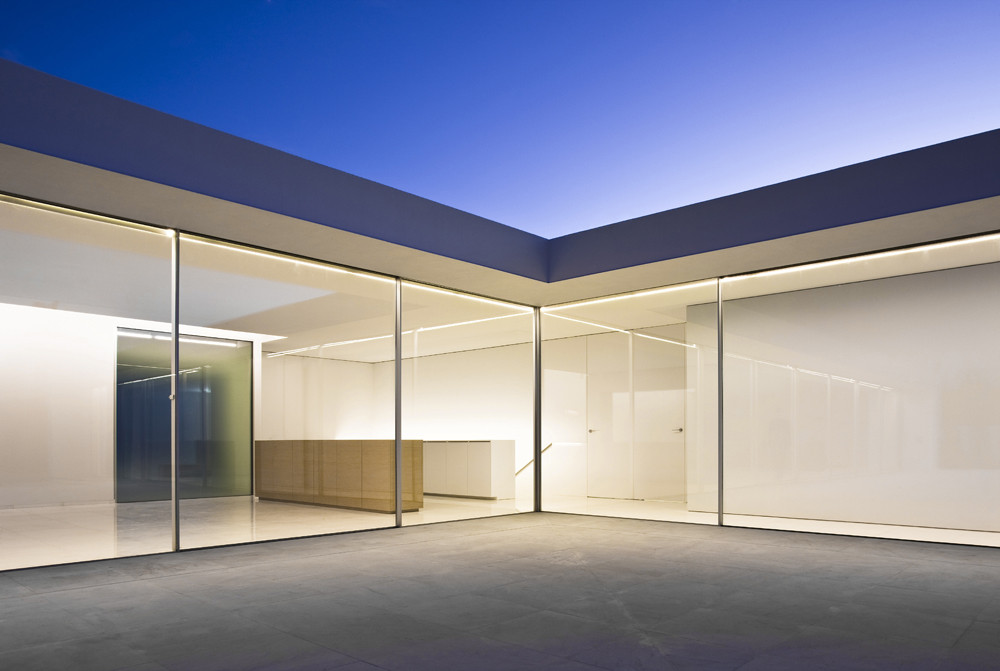 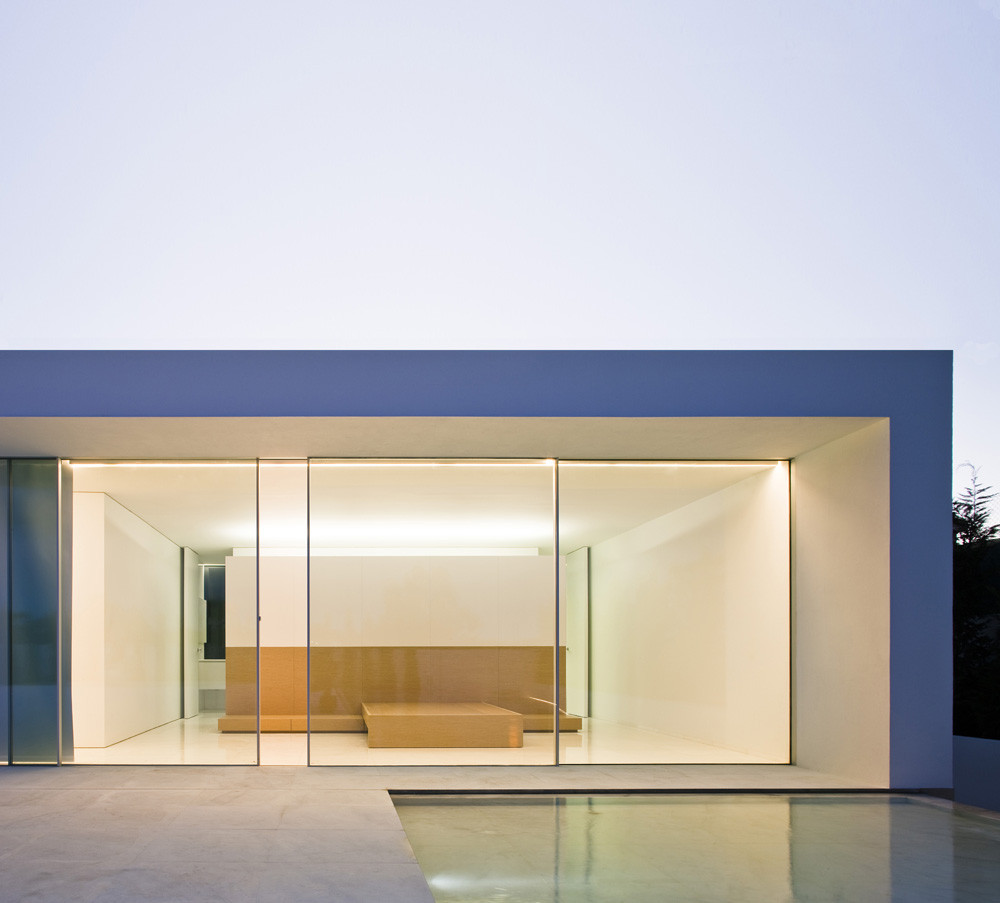 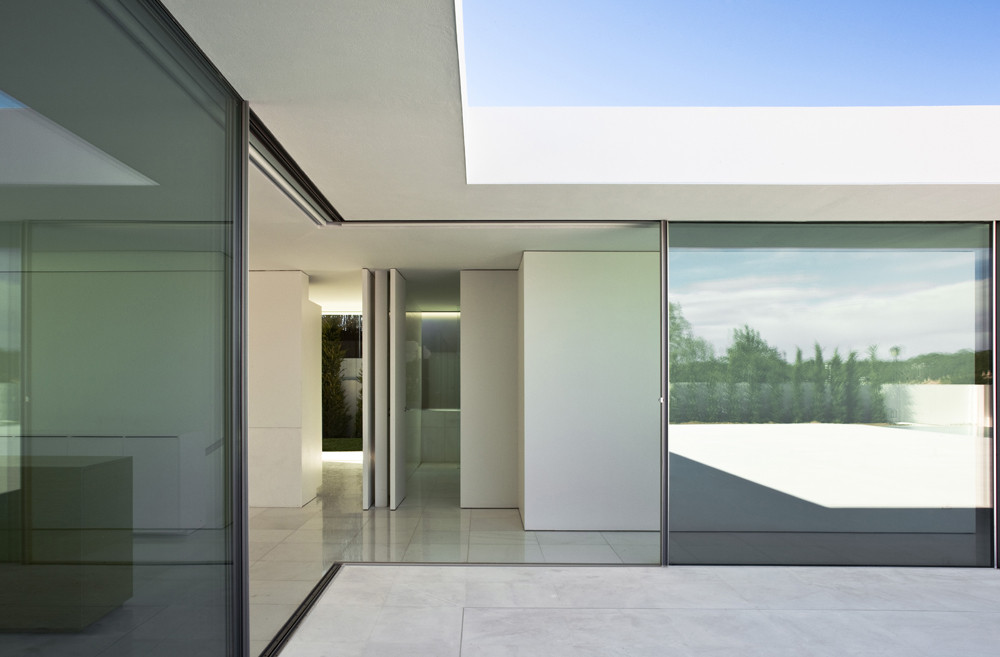 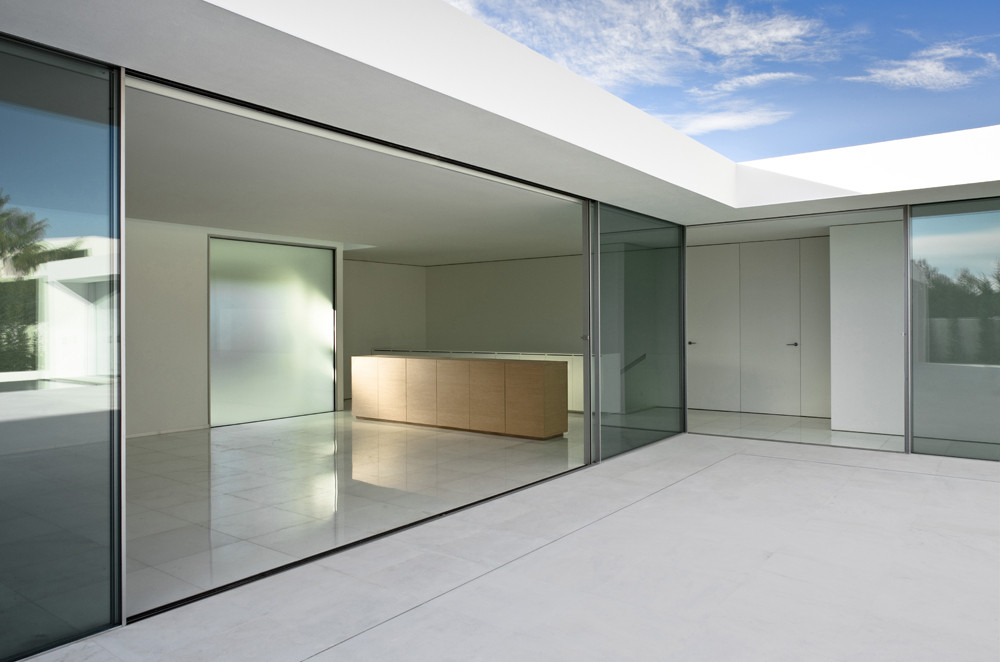 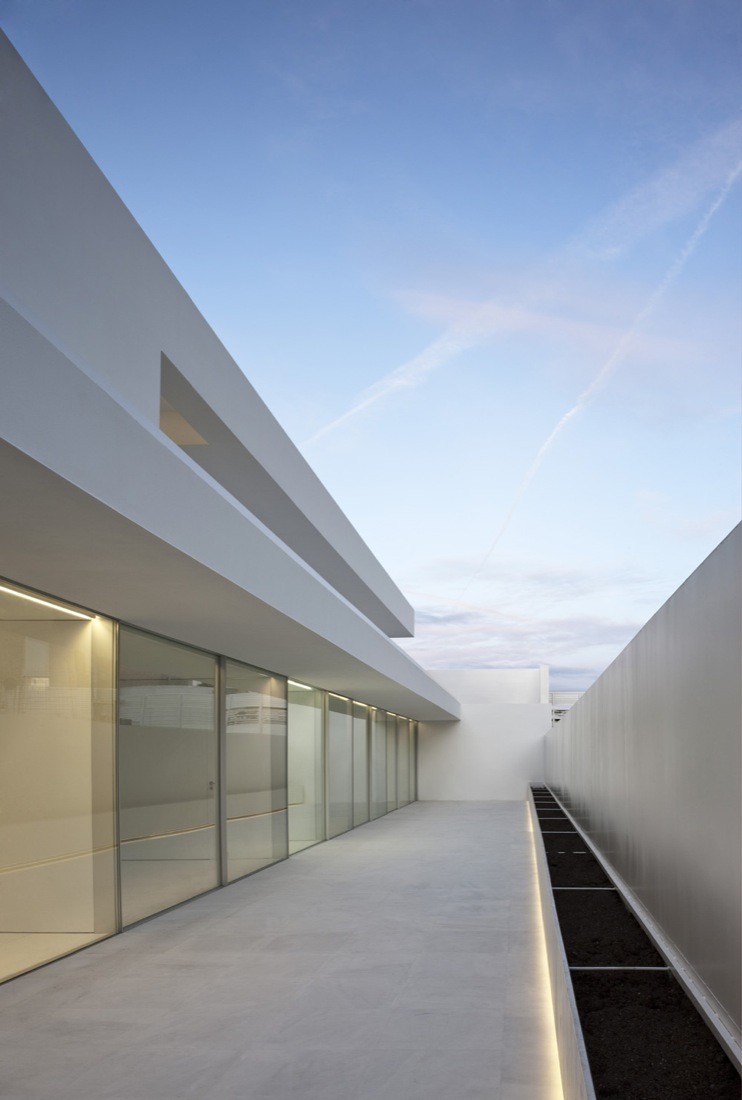 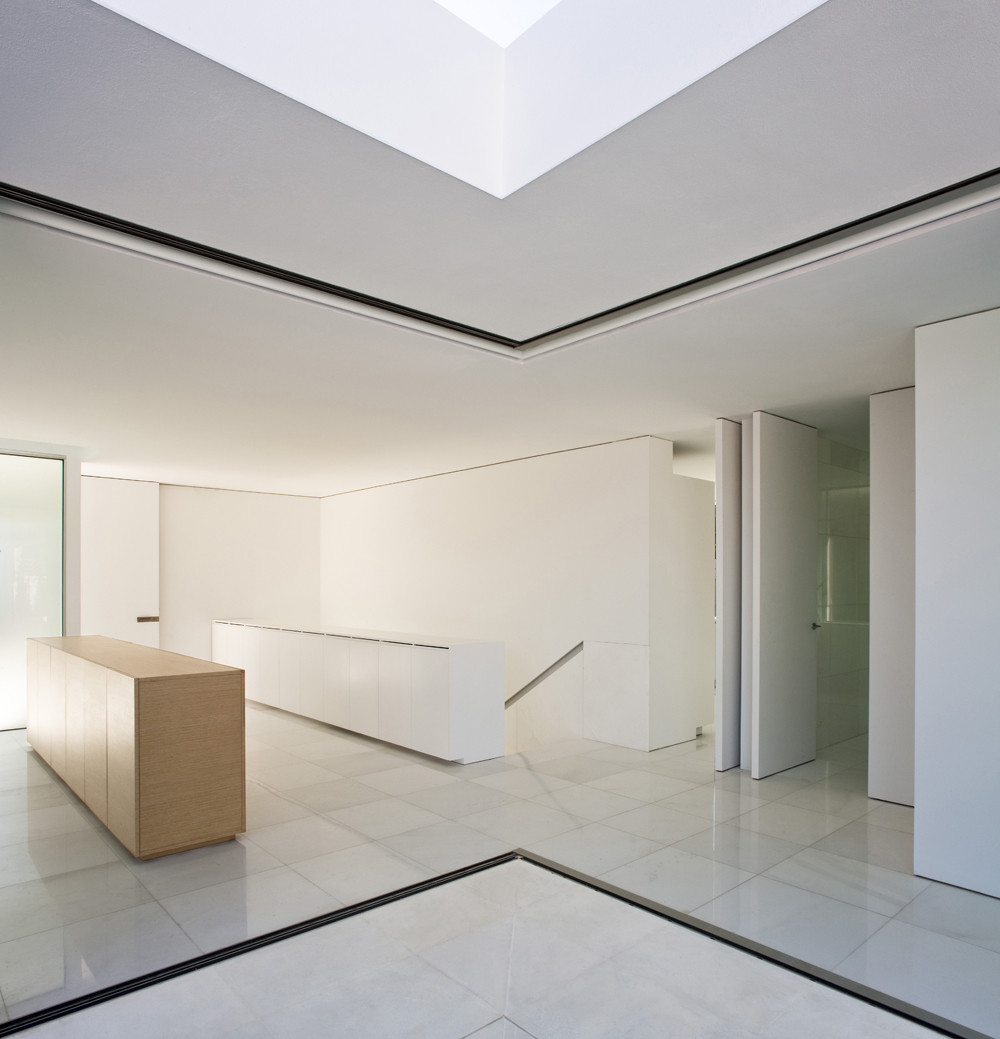 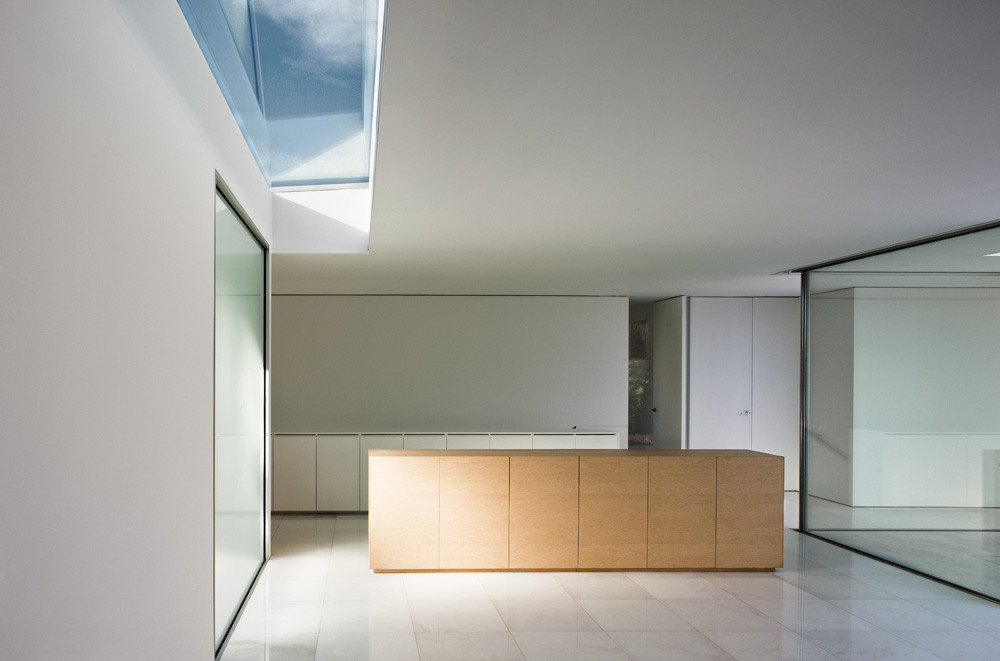 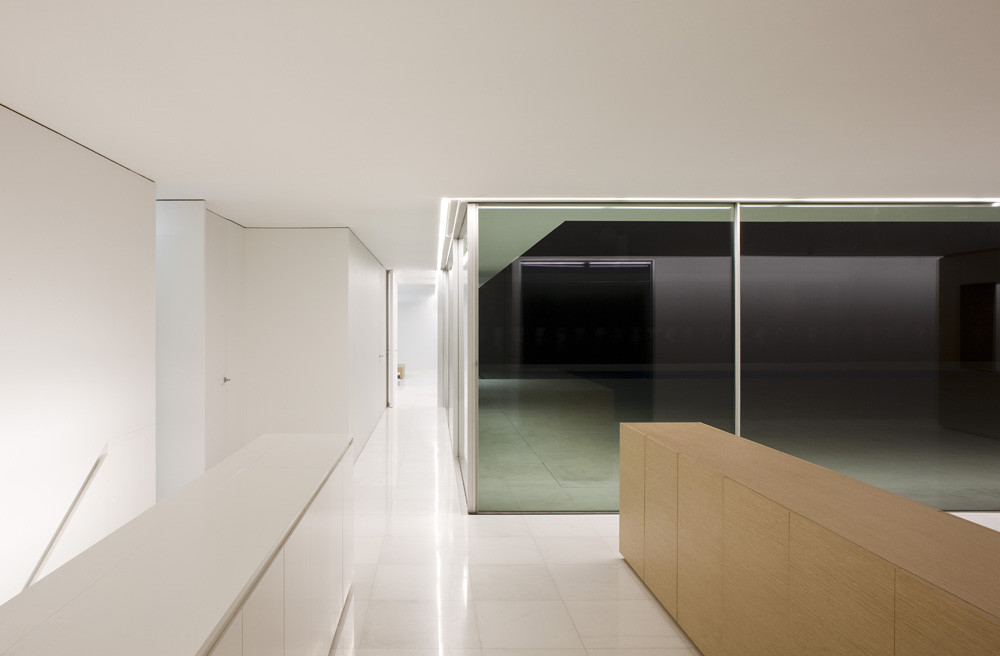 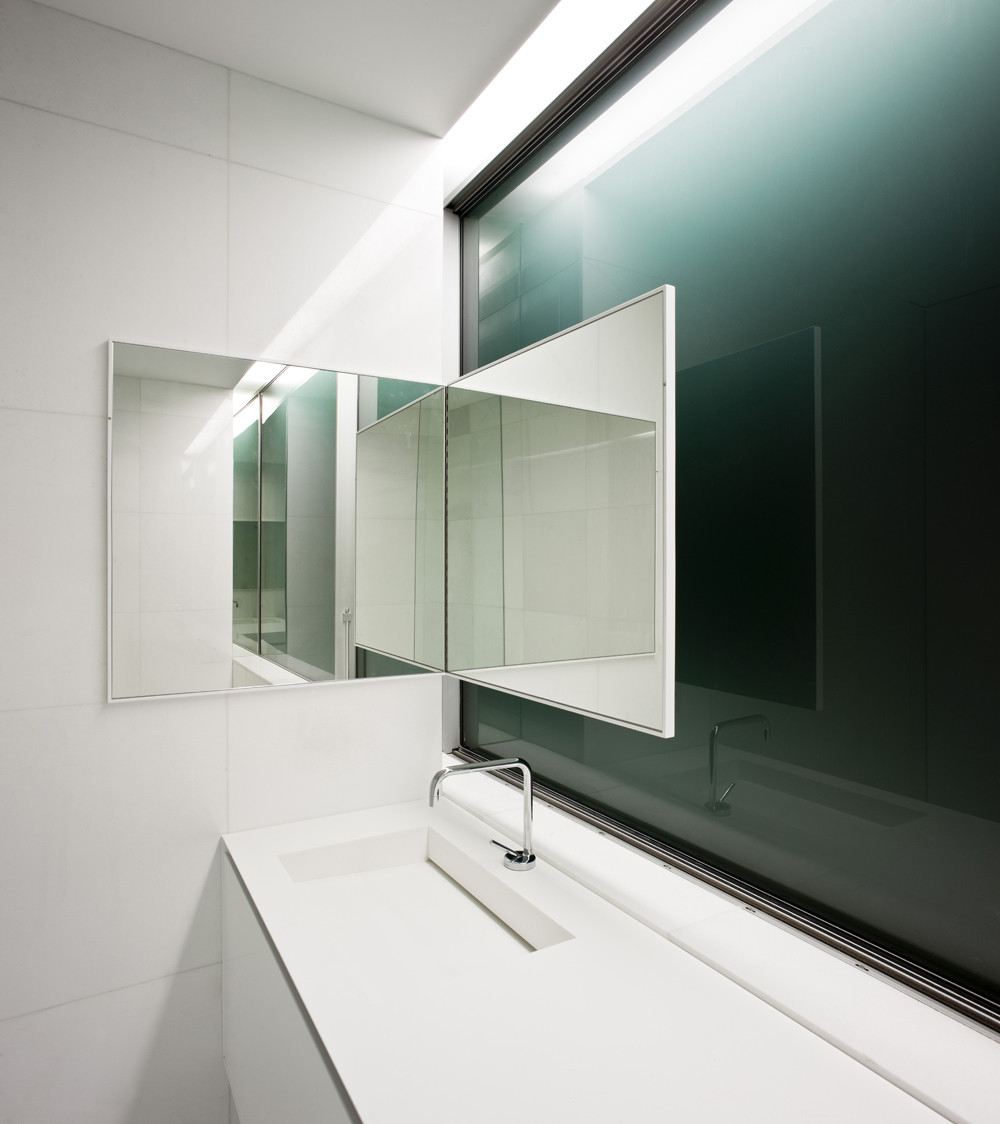 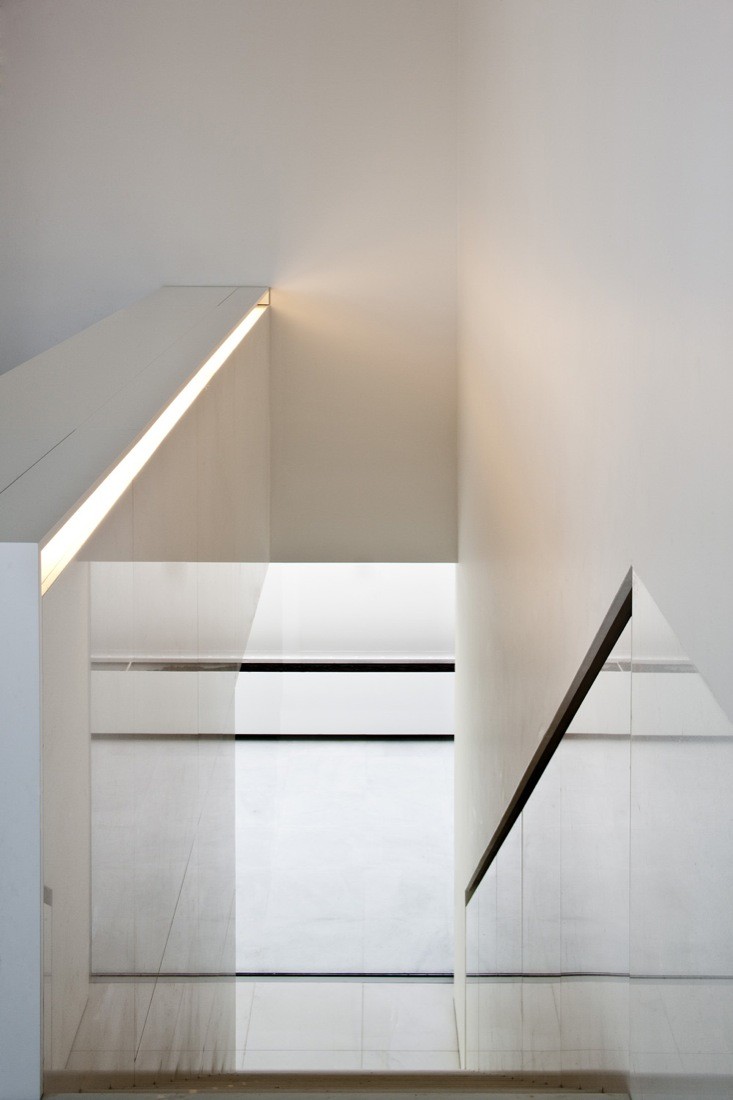 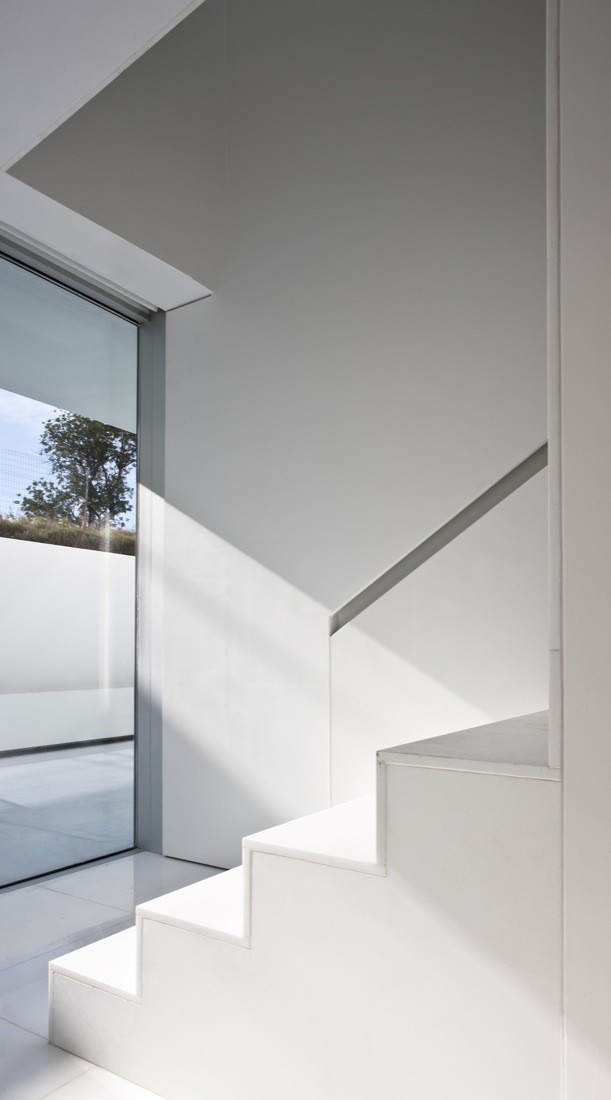 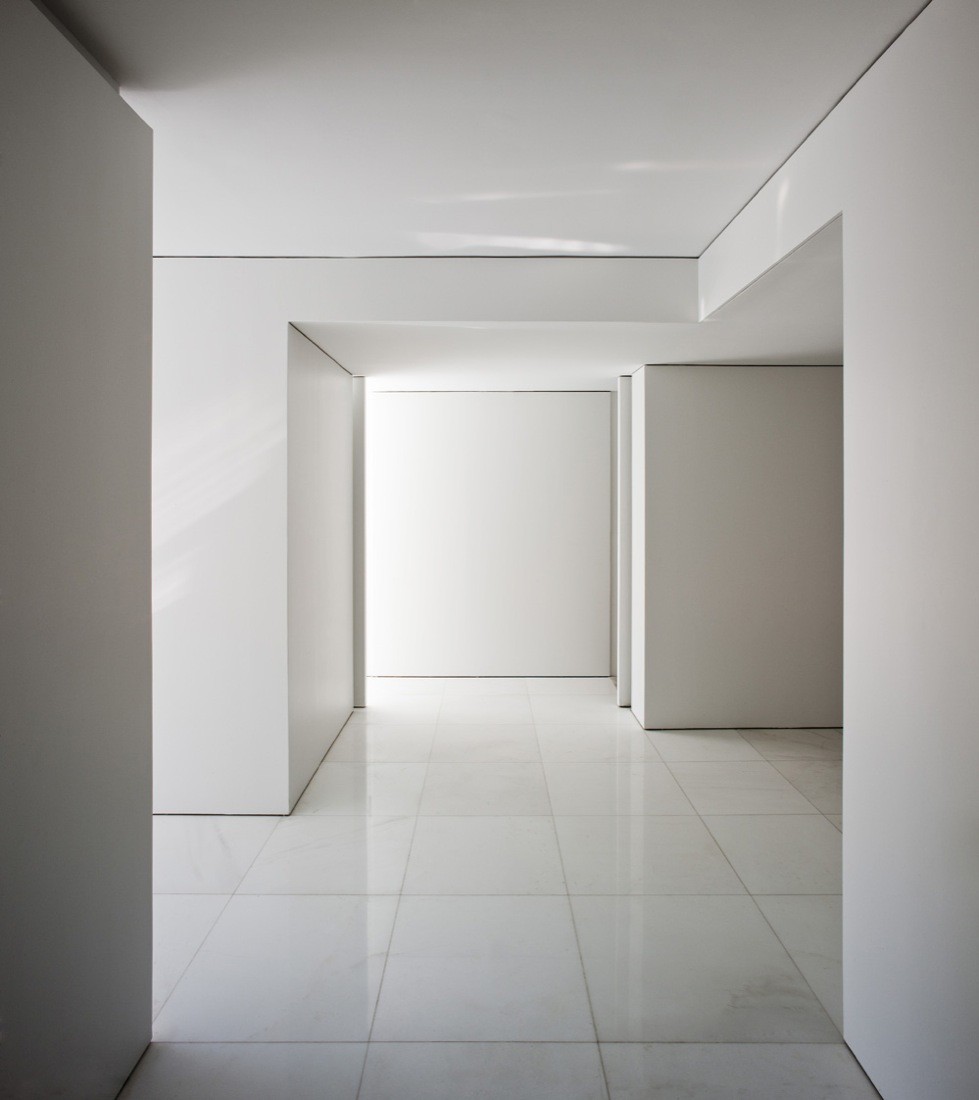 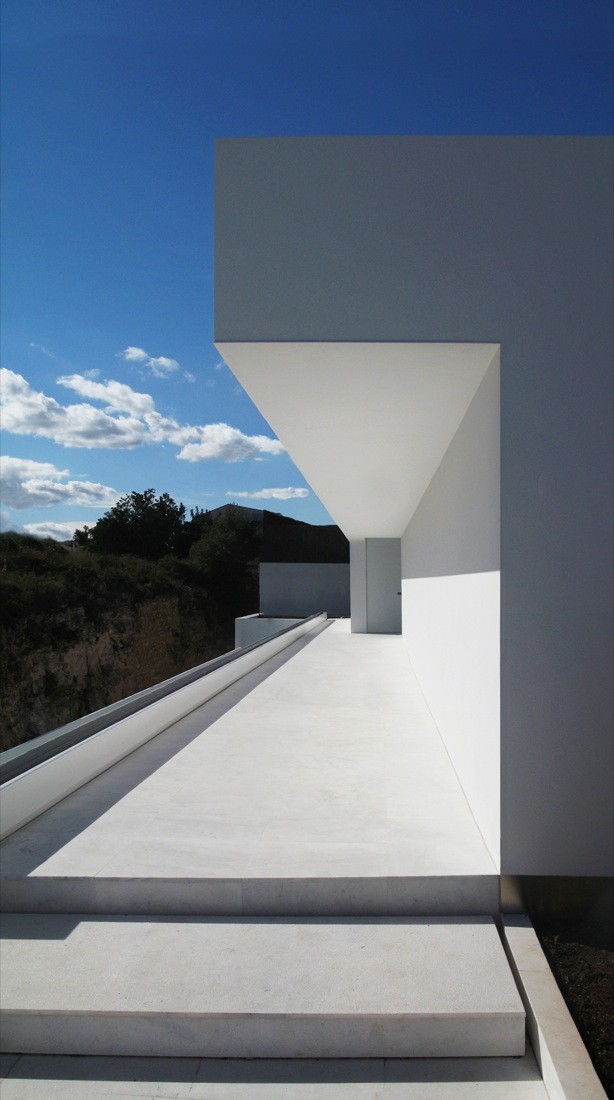 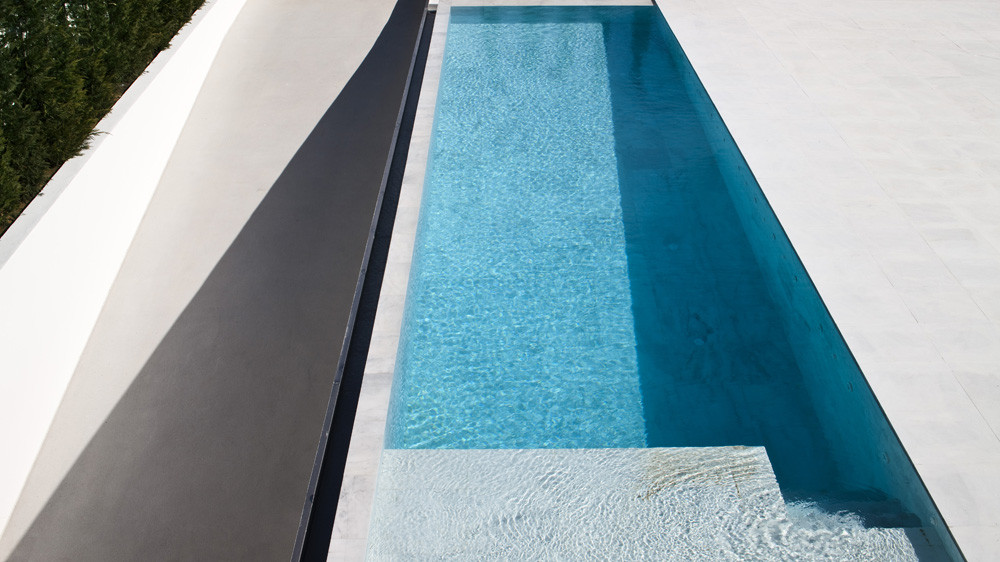 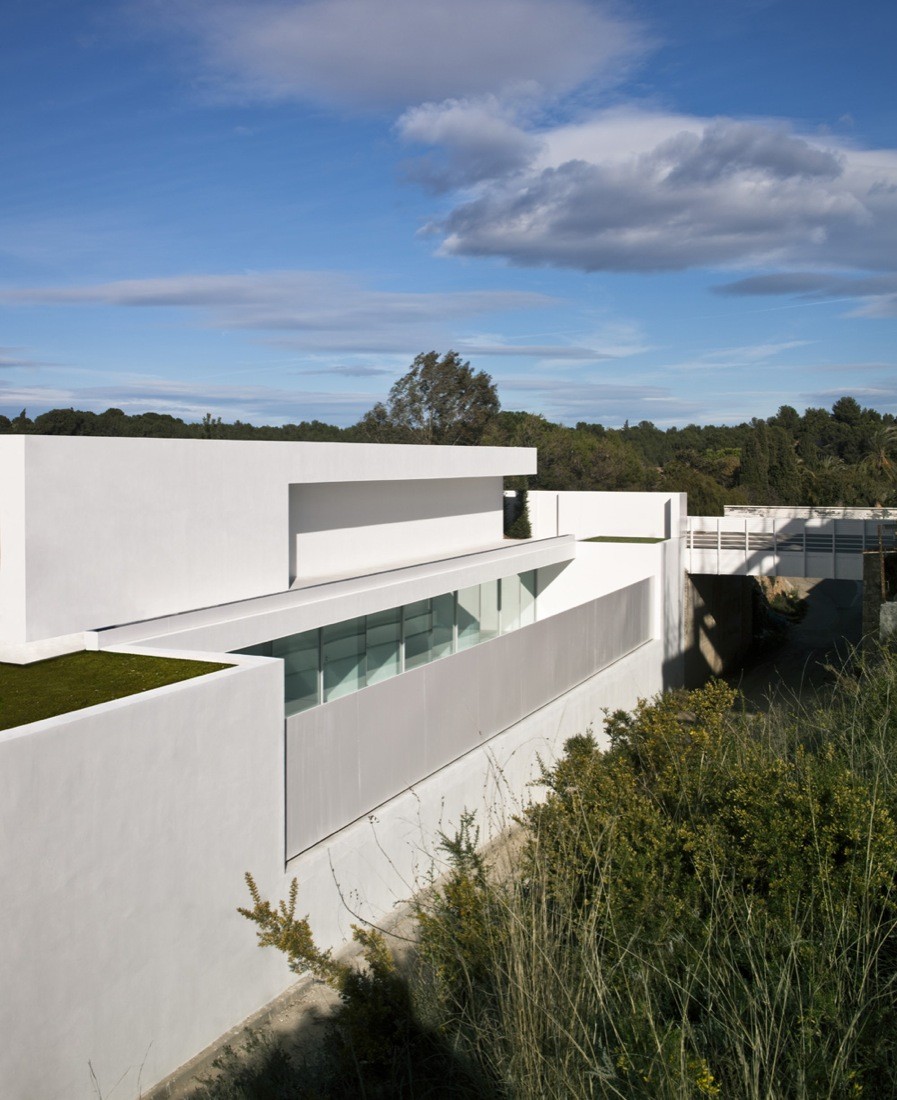 “A House in a urban area parts of the desire to maximize the feeling of spaciousness. Two strategies are used. The principal is to release the largest possible in the middle of the site allowing you to enjoy a private space with a height and volume incalculable. It enhances the perimeter of contact with the outside housing, land and housing understood as a continuum. On the other hand uses the existing slope to the ravine next to illuminate the basement, which enables you to host the program.
The building is developed along the southern and western boundaries of the parcel, which together with the elements of urbanization of the site, form a kind of atrium, whose diagonal flight to a distant vision of the Sierra Calderona.
Access is accompanied by the south facade to find the point of intersection. At this point of view inside the distributor is located next to the stairs and the kitchen form the backbone of the operation of housing. The southern zone where the rooms are available during the day, dematerialized their presence due to the overhead light. In the west the rooms fall to a portion of parcel with a more domestic scale, while the master bedroom overlooking the lift light reflected on water.
In the dark basement and garage are in the cellar. All other uses of the program look into the ravine through which light up.”
Photography by Fernando Alda