Brasilia is a modernist city that is often compared to an open-air museum of Oscar Niemeyer’s works. It is in this context that Debaixo do Bloco Arquitetura operates and where the architect Clay Rodrigues creates an art gallery in an old hospital building. 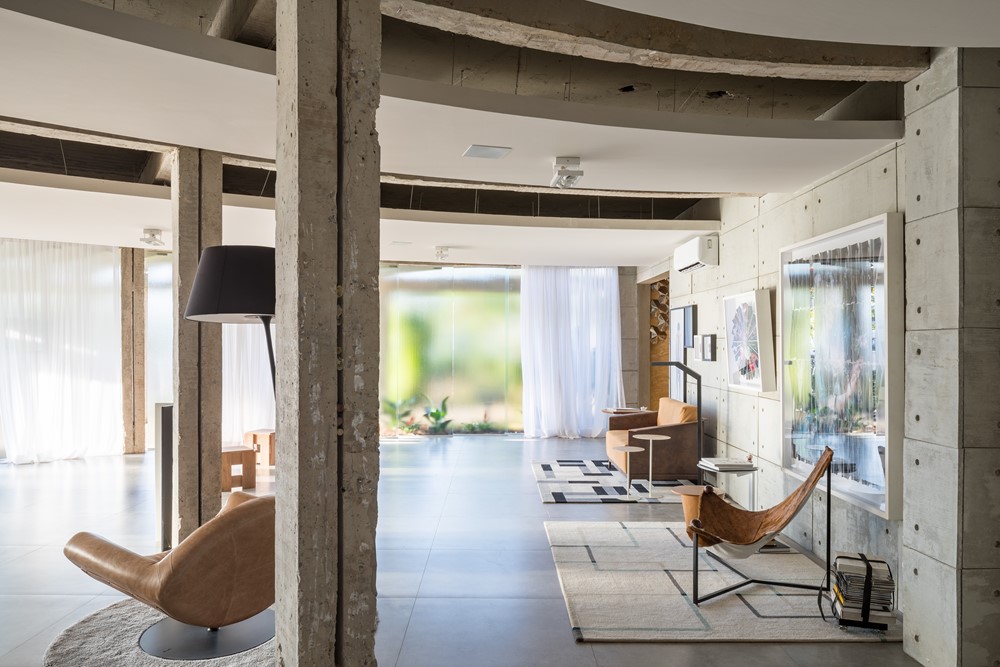 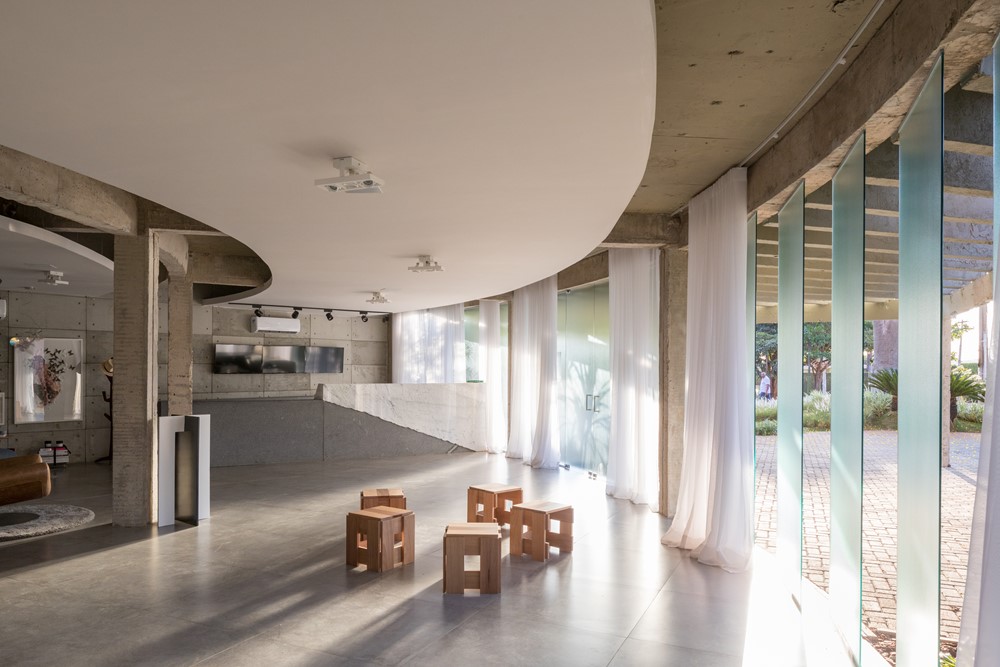 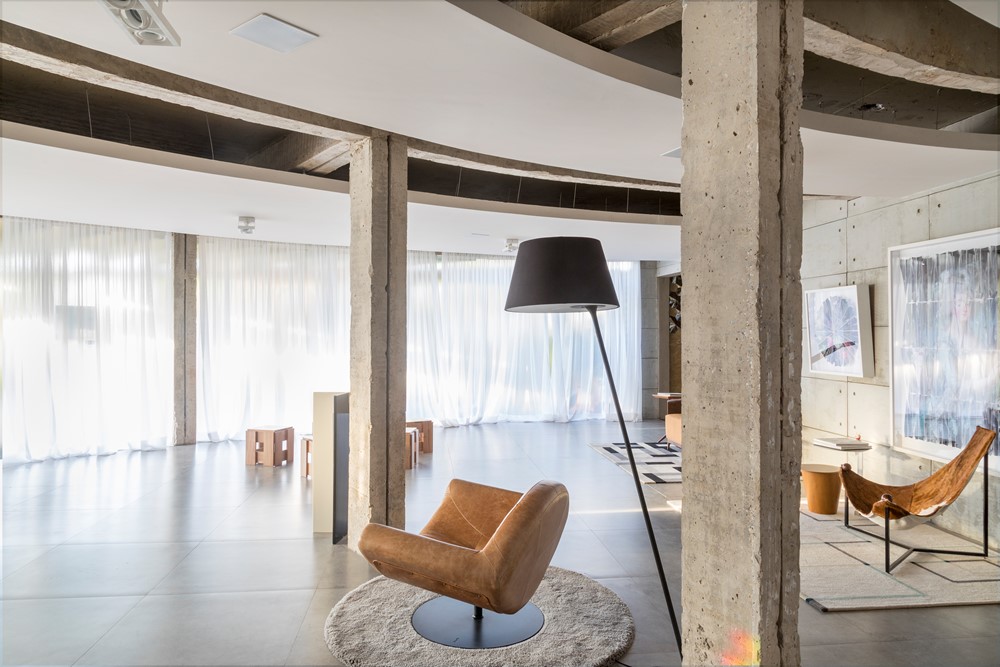 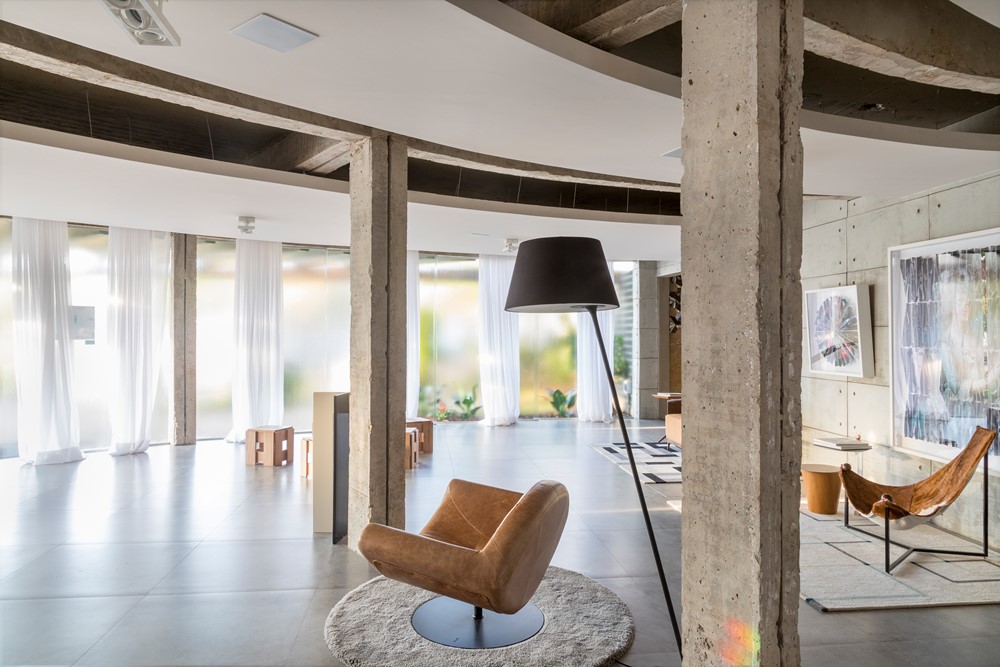 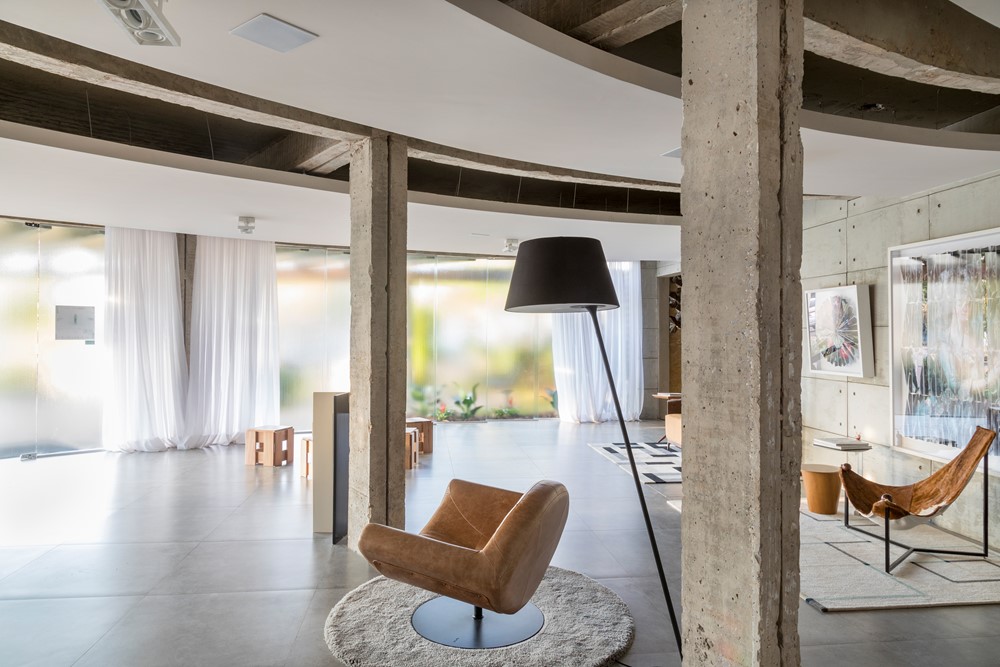 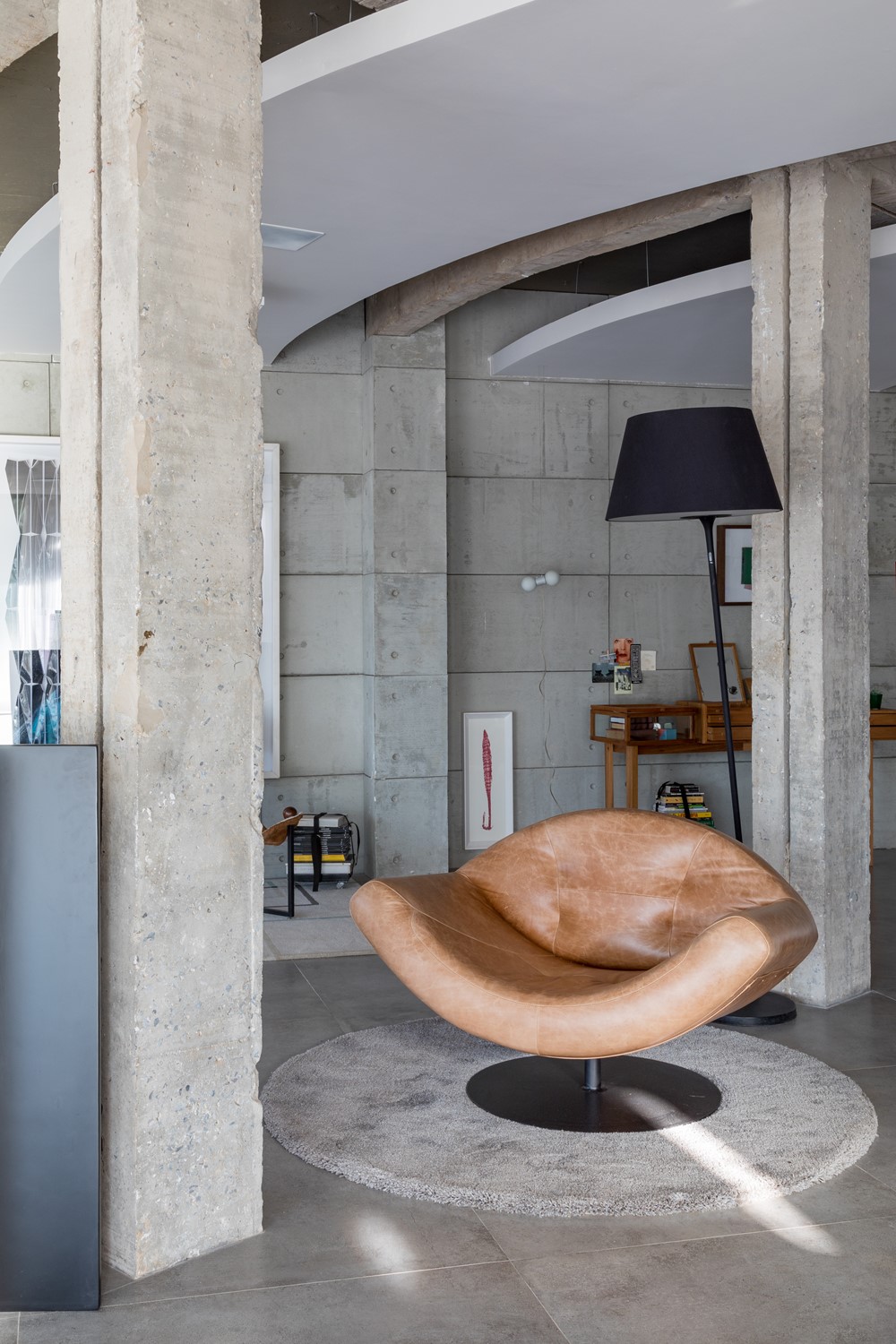 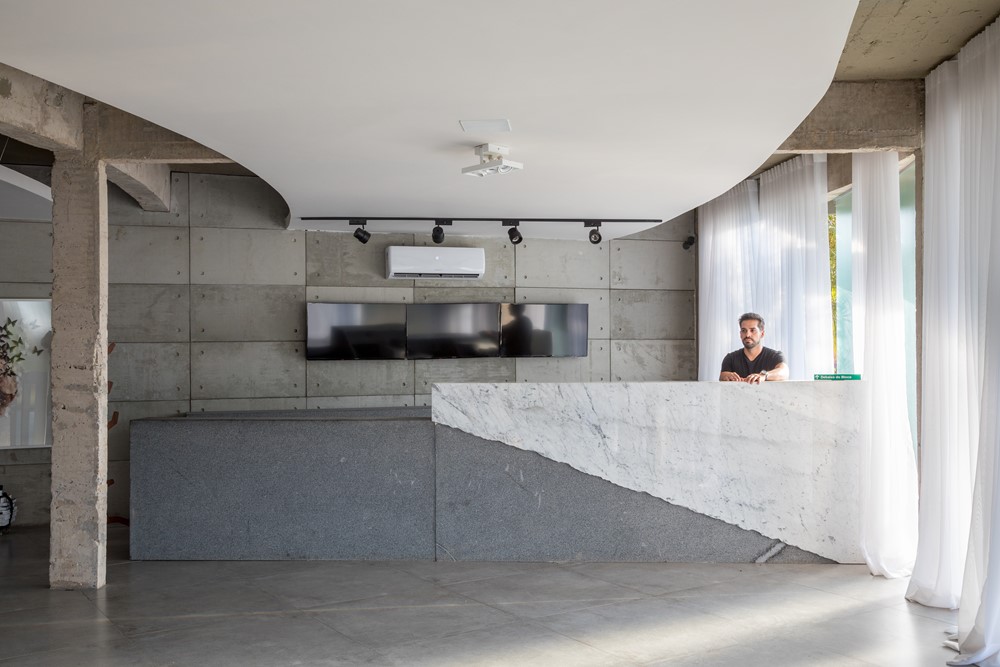 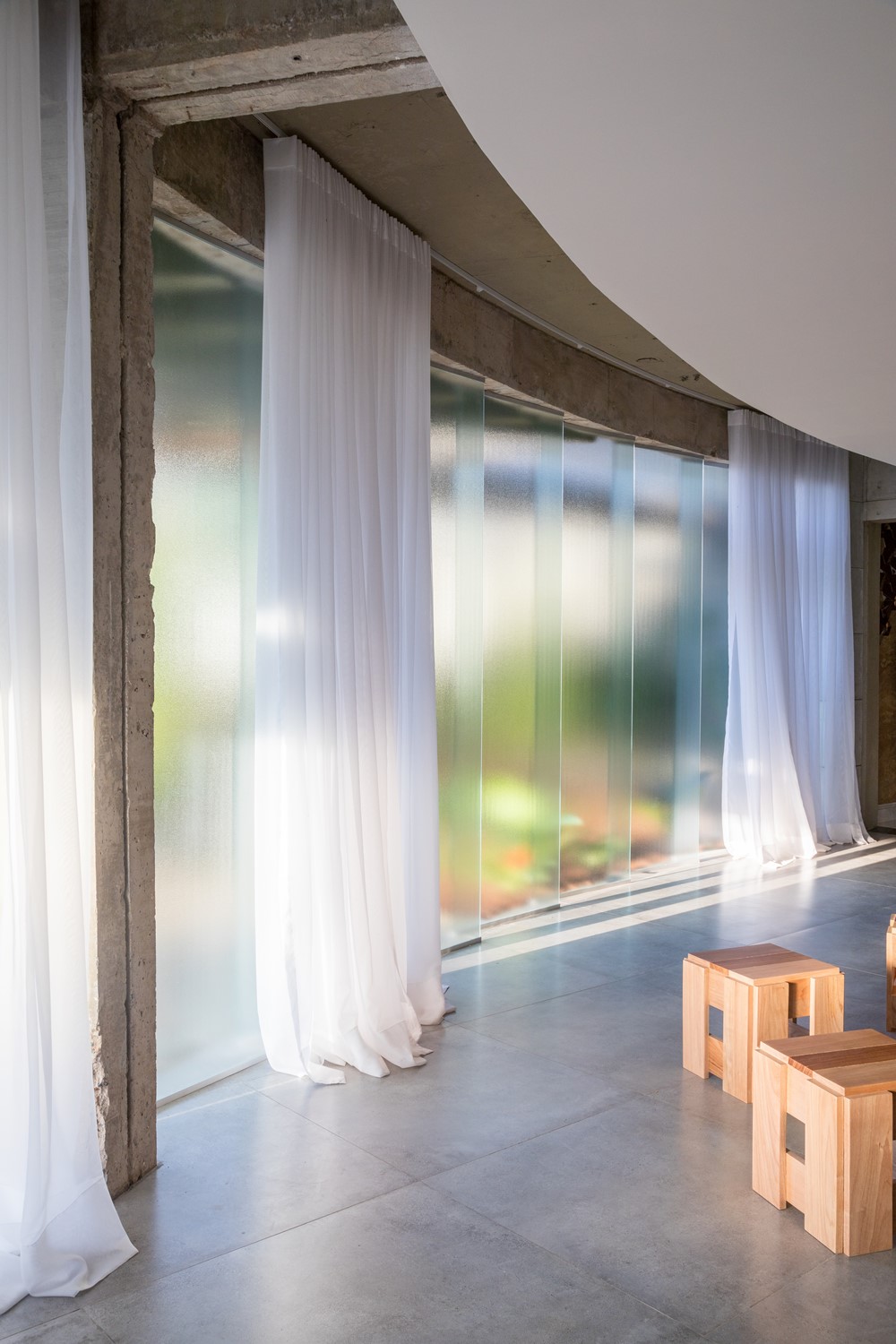 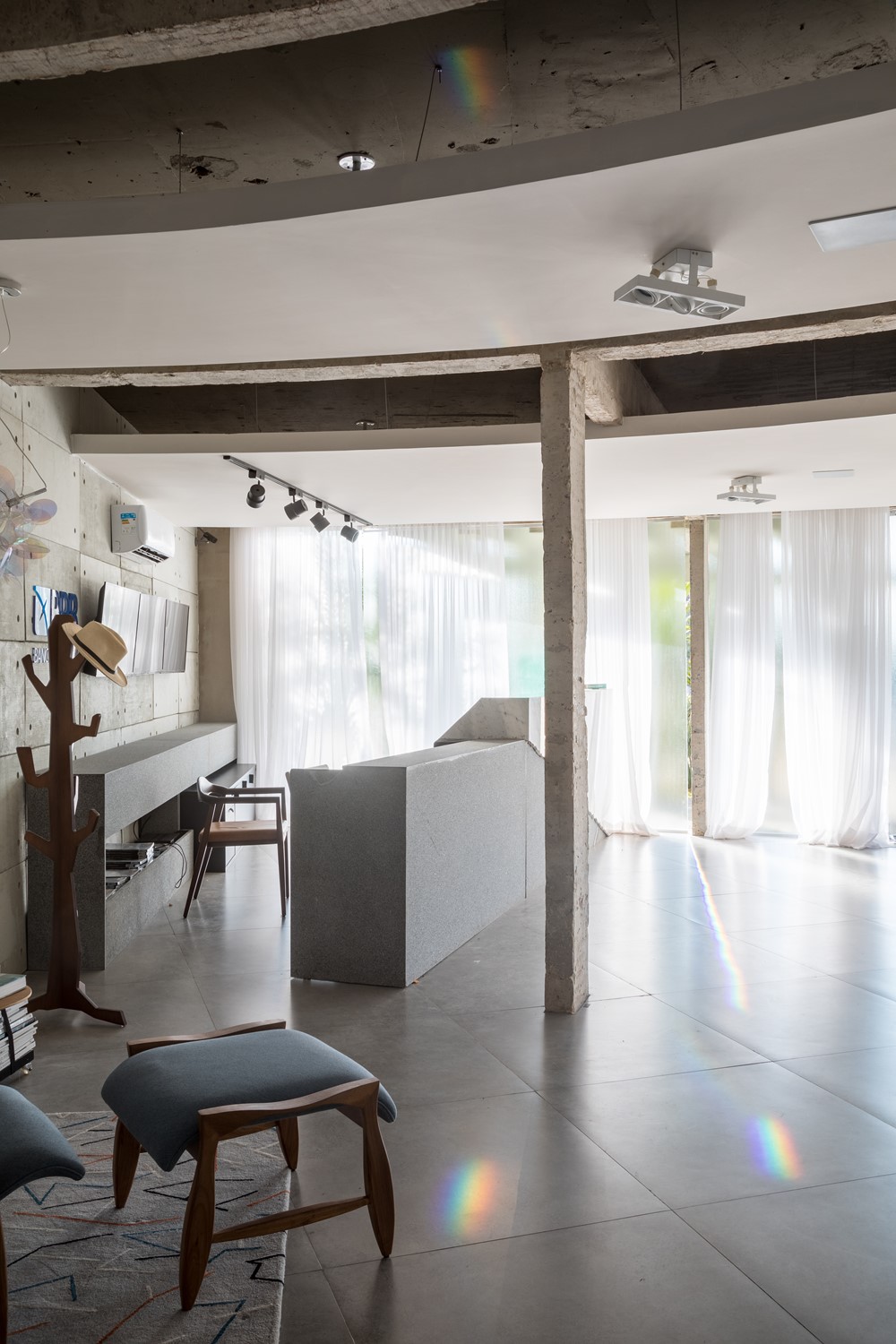 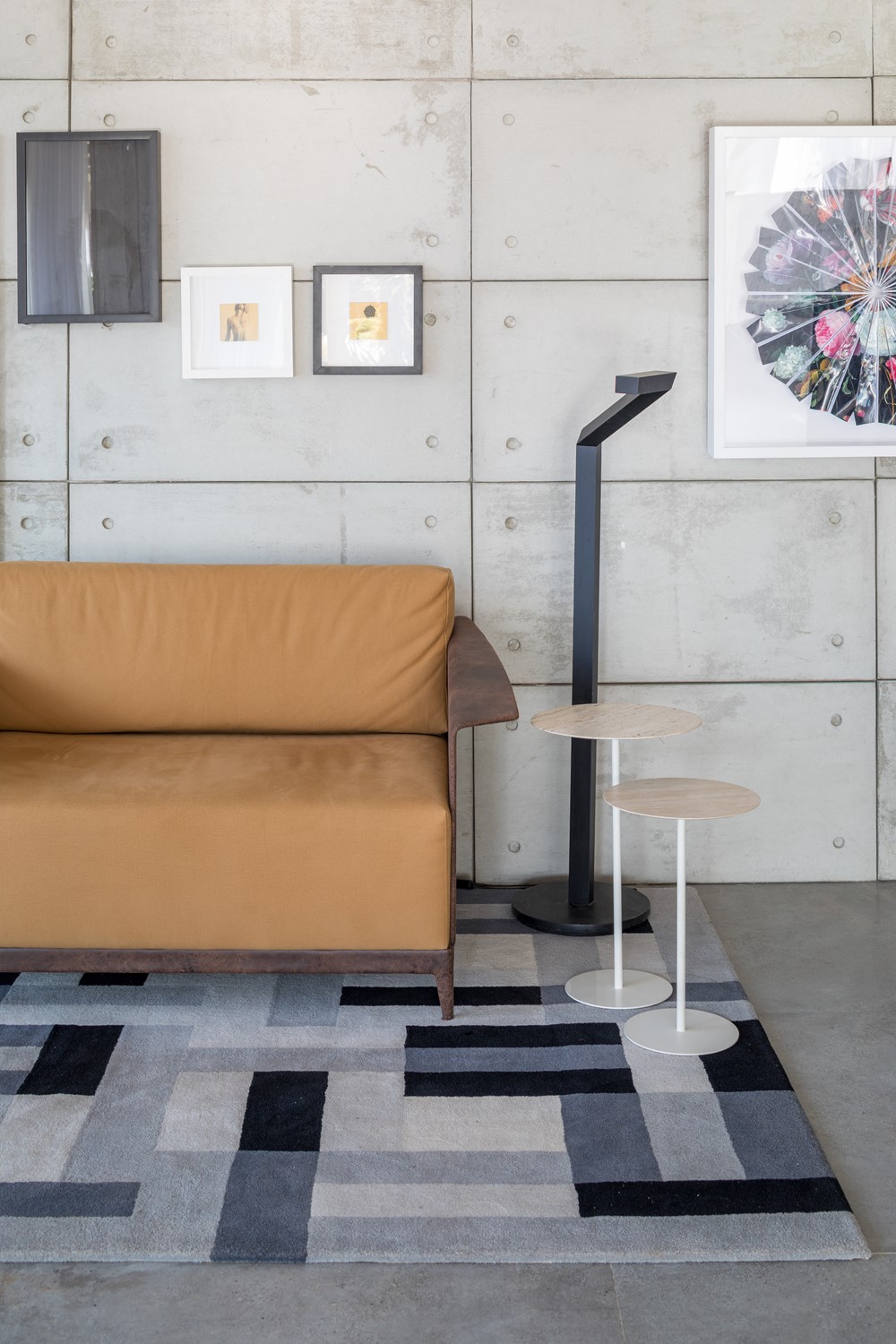 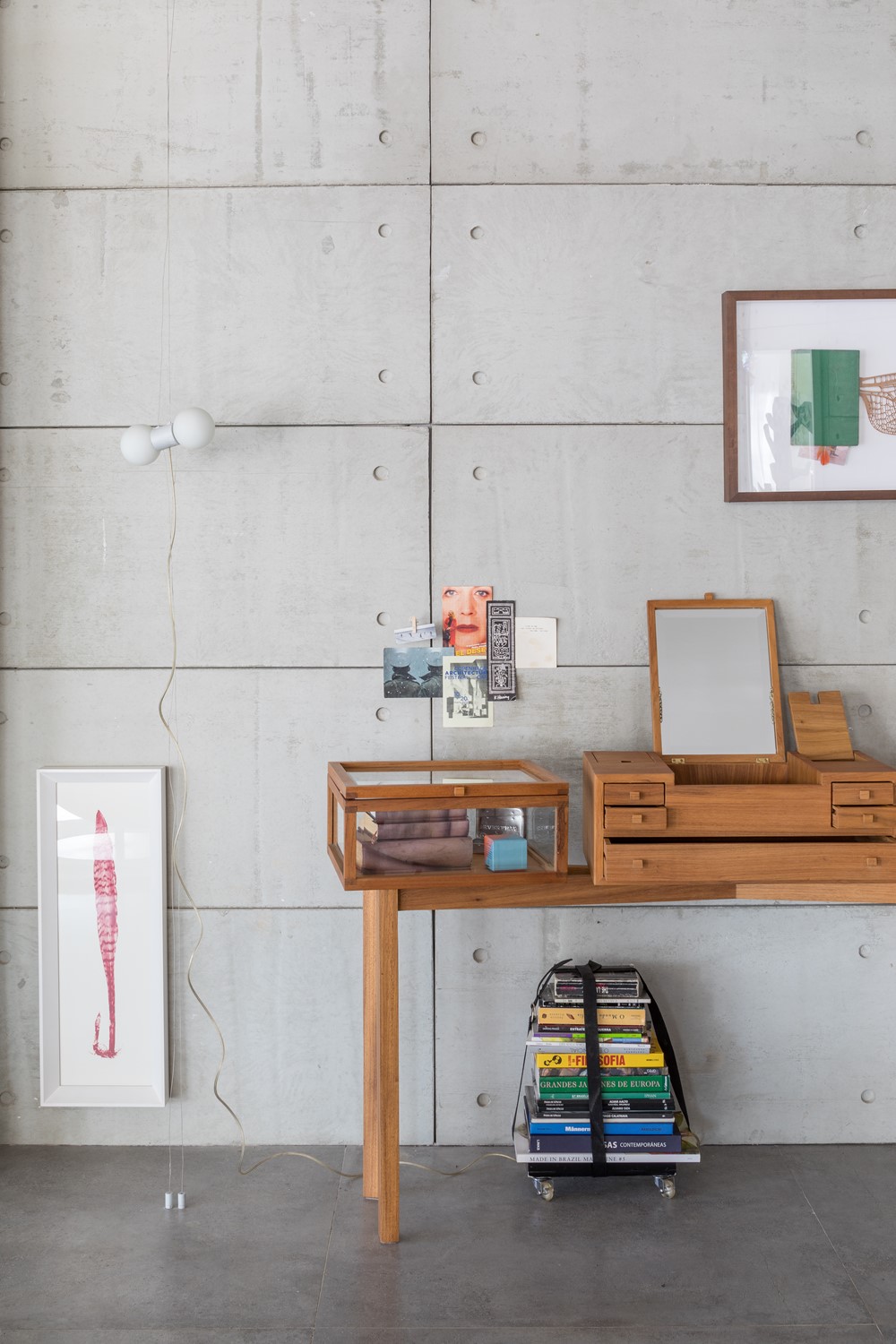 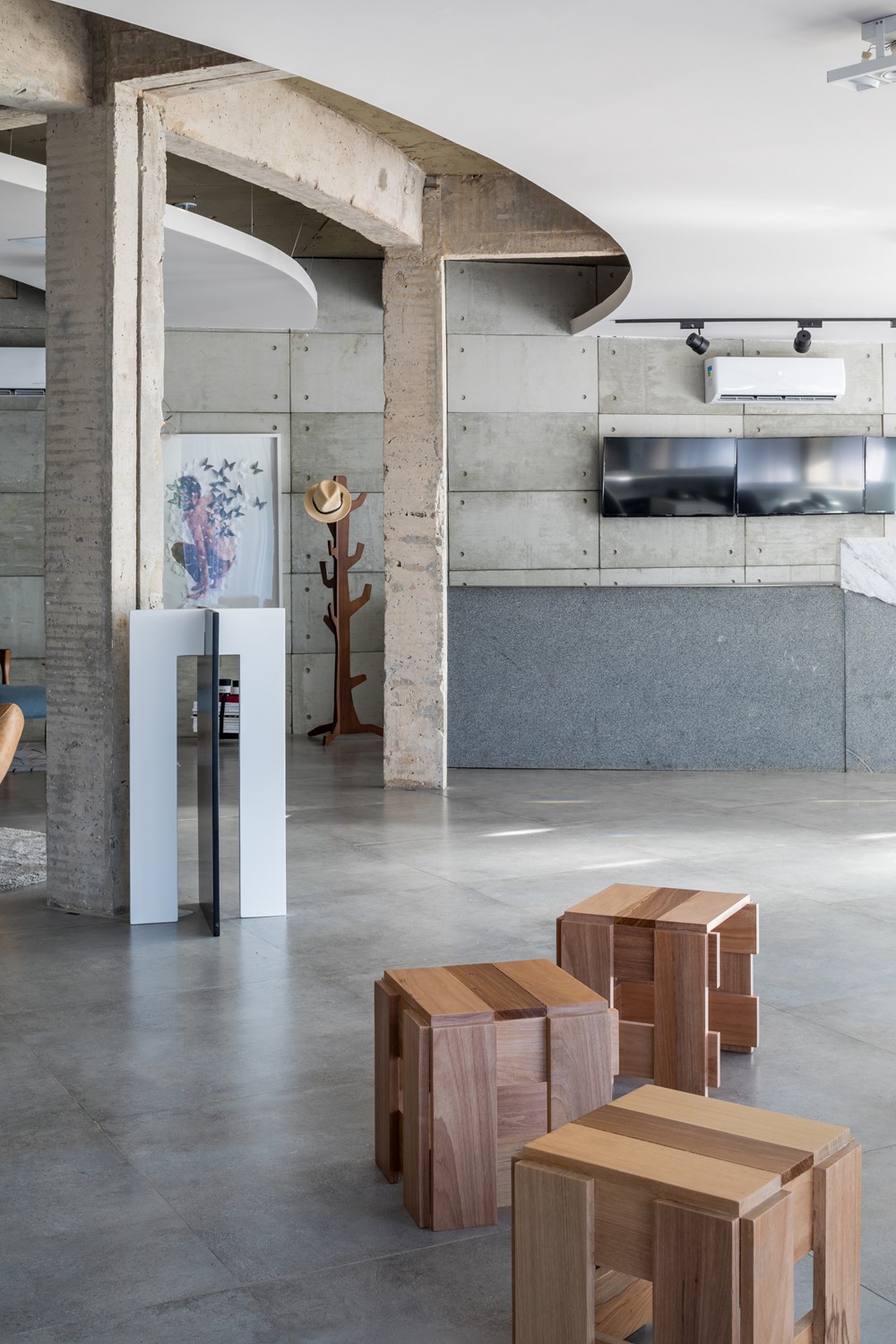 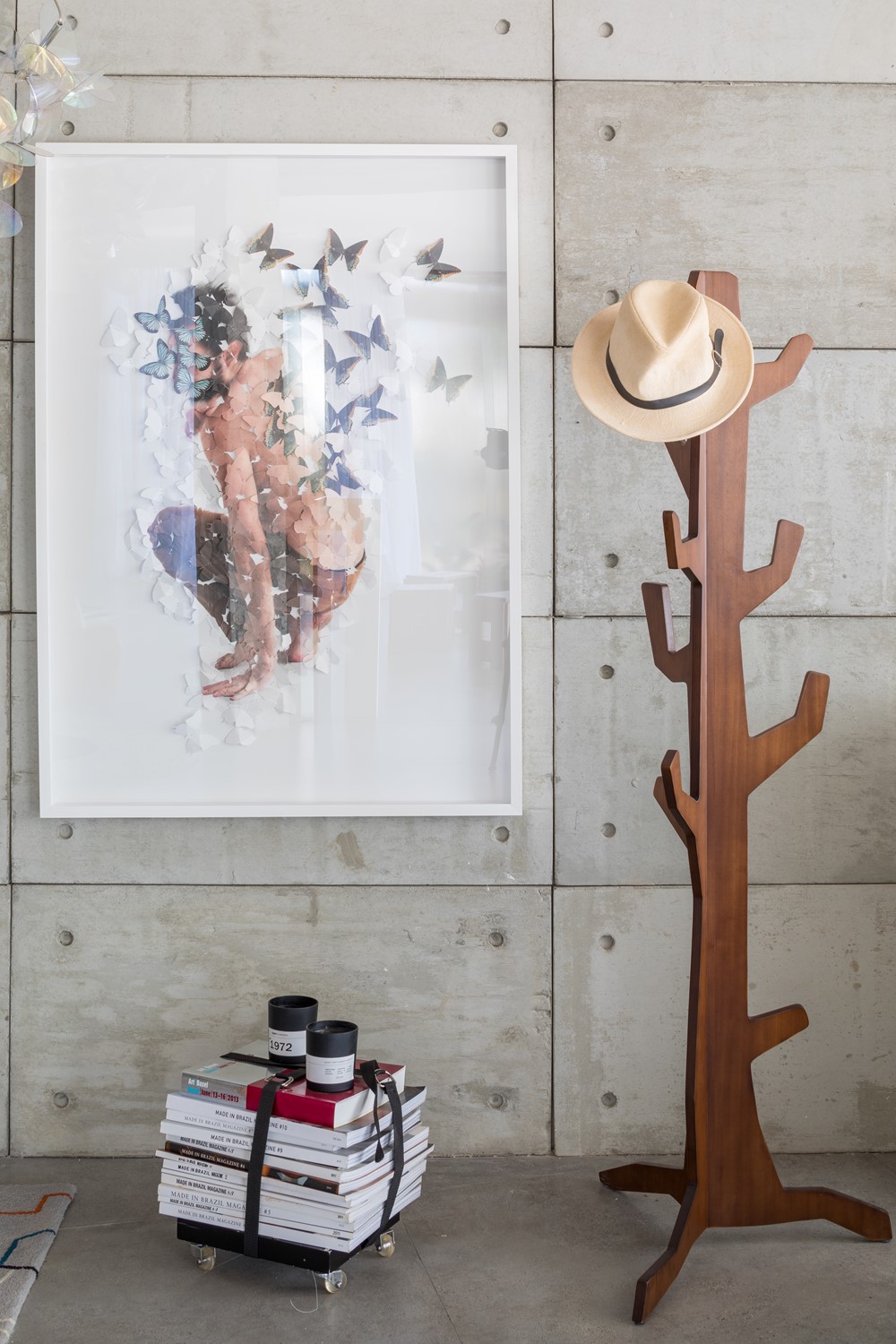 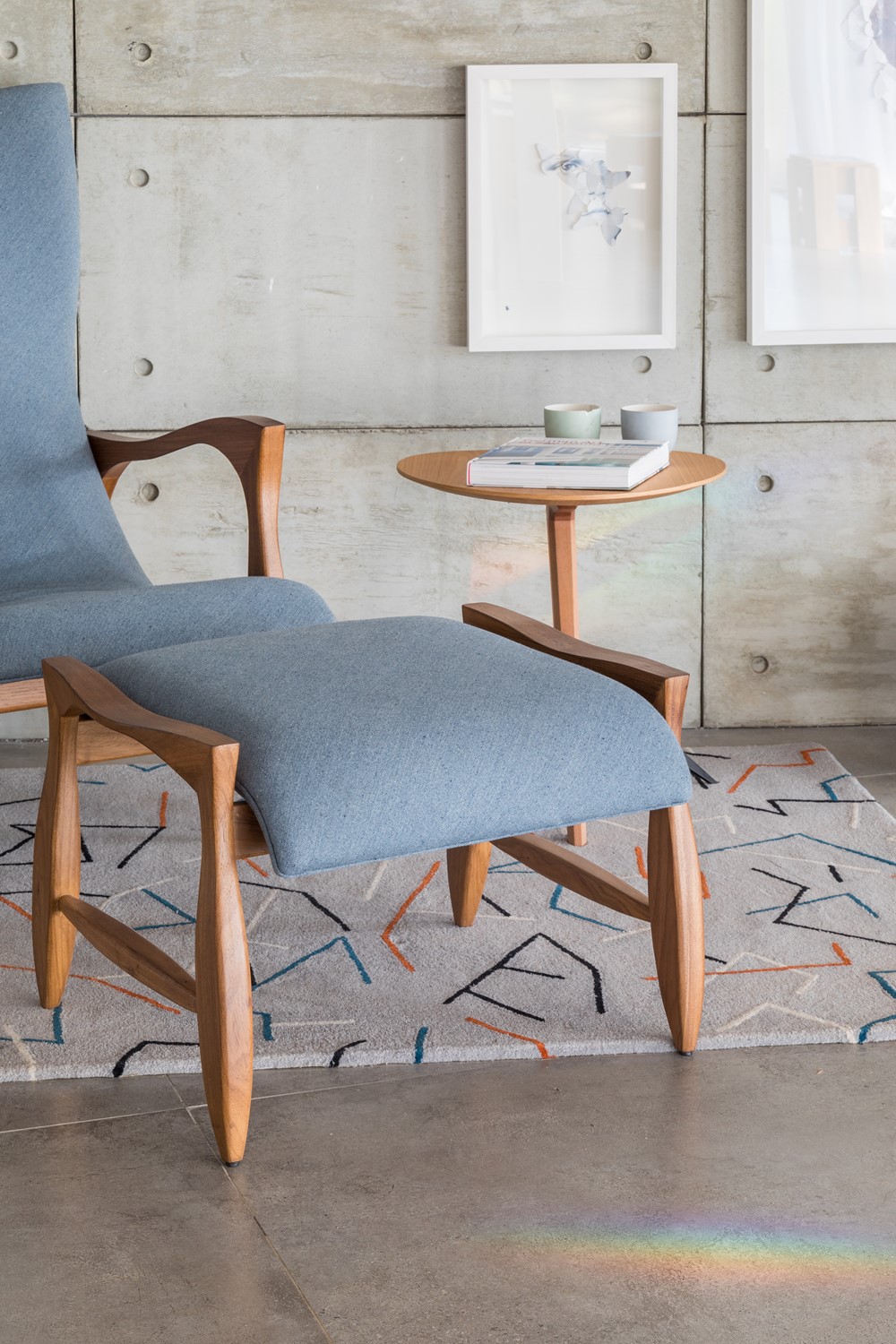 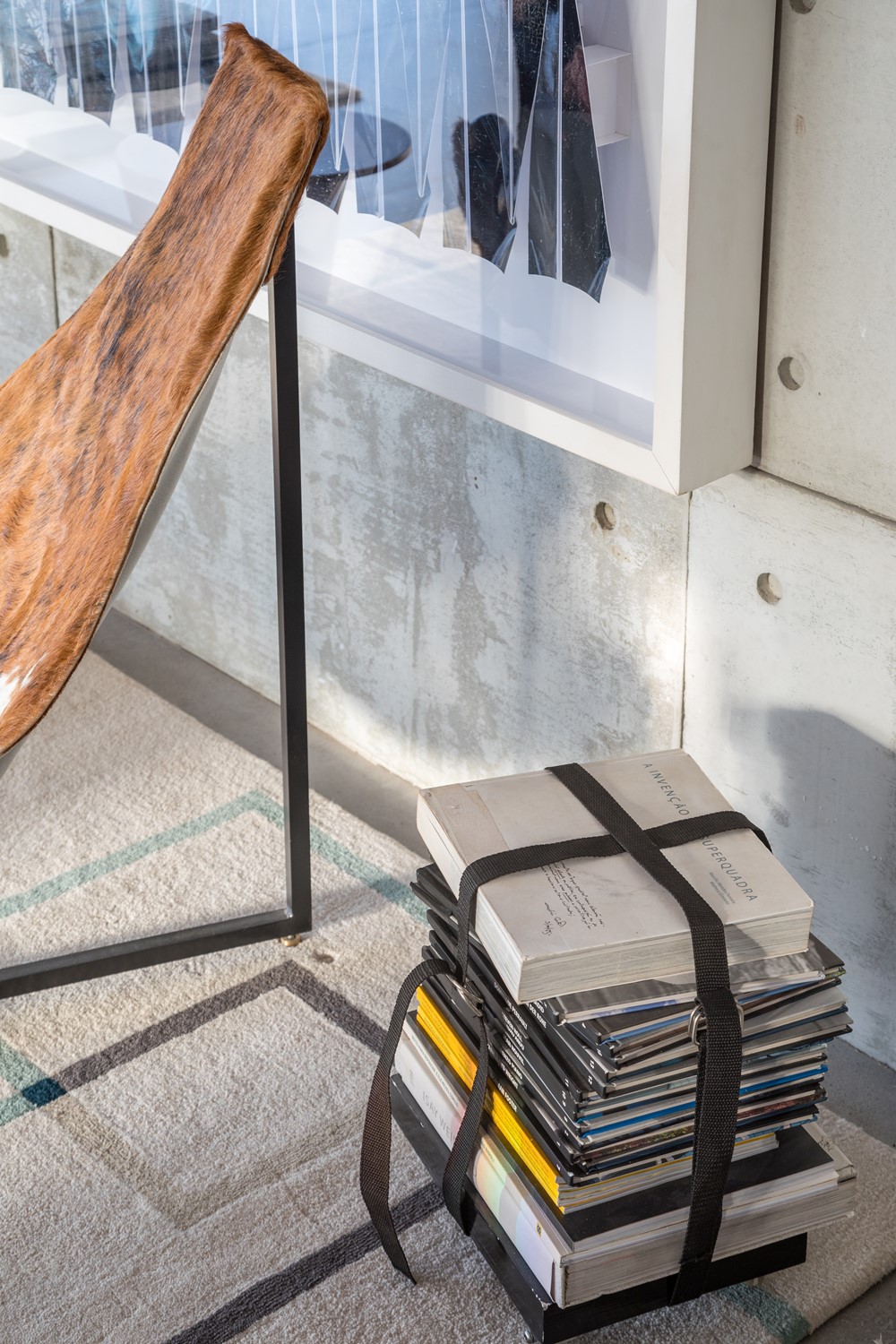 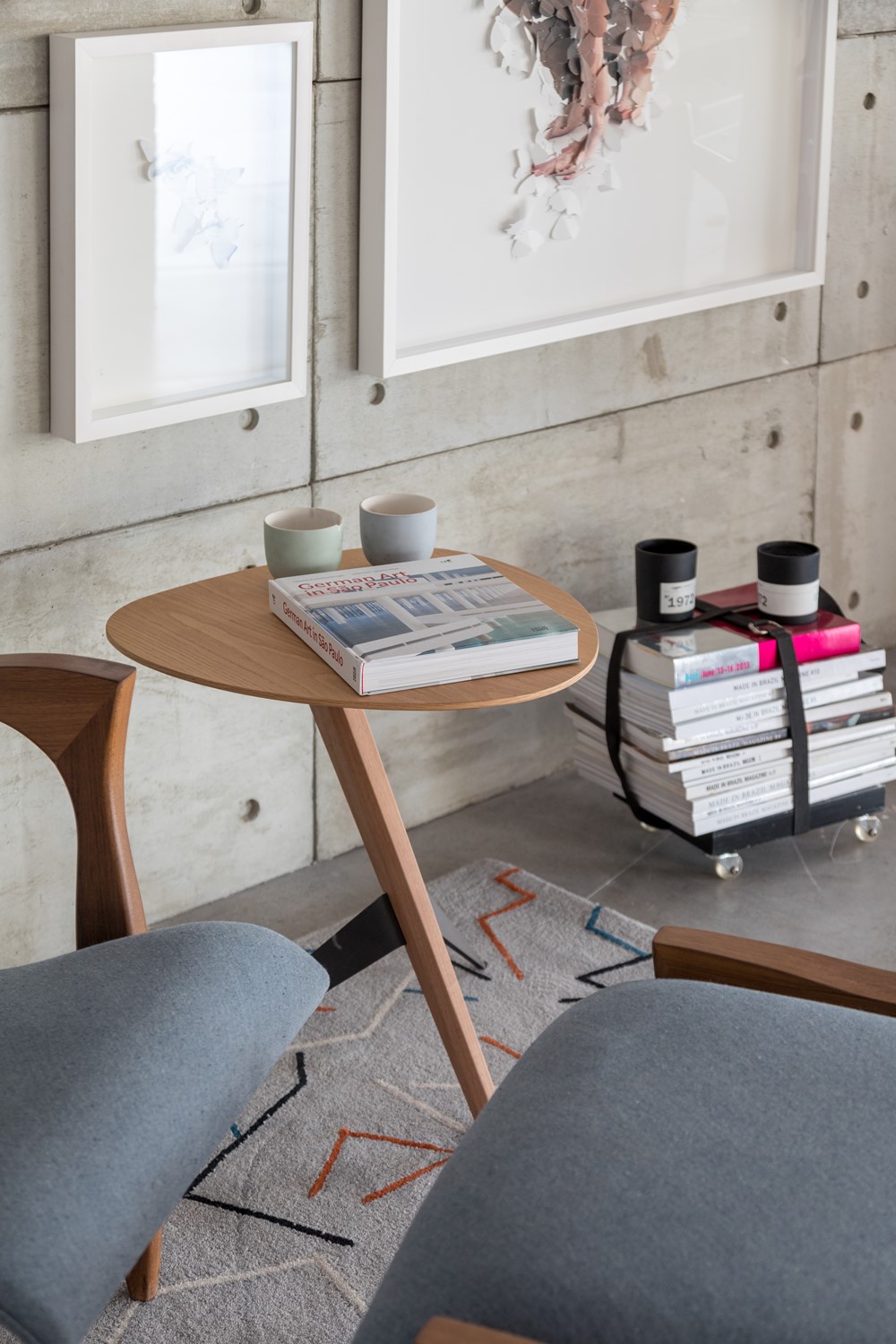 The first attitude of the architect was to remove the coatings from the environment, when removed the liner was possible to see an unusual structure mainly in the shape of the beams that reveal a circular sector drawing. The preservation of this element and emphasizing it in the project became the premise of this work.

The restoration of the beams and pillars happened without harming the history of the building maintaining a rustic appearance, with the concrete and structures without elements of finish, in a language that reveals the imperfections and the authenticity of the space.

The loose white lining of the slab follows the skeleton design of the building creating a movement, where somehow resemble the ramps of the national museum designed by Niemeyer.

Already on the walls was cemented boards that together with the floor and concrete bring neutrality to an environment that needs to expose different objects in different colors and different colors.

The main workbench consists of a black sandstone sanded and levigated to remove the luster and next to a broken carrara marble accentuates that the “defects” are purposely conserved and exalted, since they are that they give originality and personality in this project.

In the middle of this gray and white climate the furniture was purposely chosen in the colors caramels, natural leather and wood, they are the ones that bring the warmth to the gallery and prevent the environment from staying cold.

The vast area of 105 m² reveals empty spaces for circulation and at the same time use for events and launches, as well as allowing the visibility of works from different angles and distances.

The garden designed by Fabio Camargo appears in penumbras created by textured glass, which has a regular dotted recording throughout its surface. tions.

The material allows natural light to pass without loss of privacy, which has allowed the creation of a game of seeing and not seeing, the pivotal windows also help in this integration of landscaping and urbanism, from inside the gallery it is possible to see and perceive the discreet intervention caused by street movement.