The project that we are showing you is the product of DG Arquitecto Valencia’s work method, which always starts with the analysis of a series of conditions that we incorporate into our project until we achieve, in the most simple and direct way possible, the final solution that best suits the existing space and the needs of our clients. In this case, the project involves an apartment dating from 1930 located in the Eixample district of Valencia that was converted into an office and that is owned by a design and vintage decor loving couple whose children recently have left home. Photography by Mariela Apollonio. 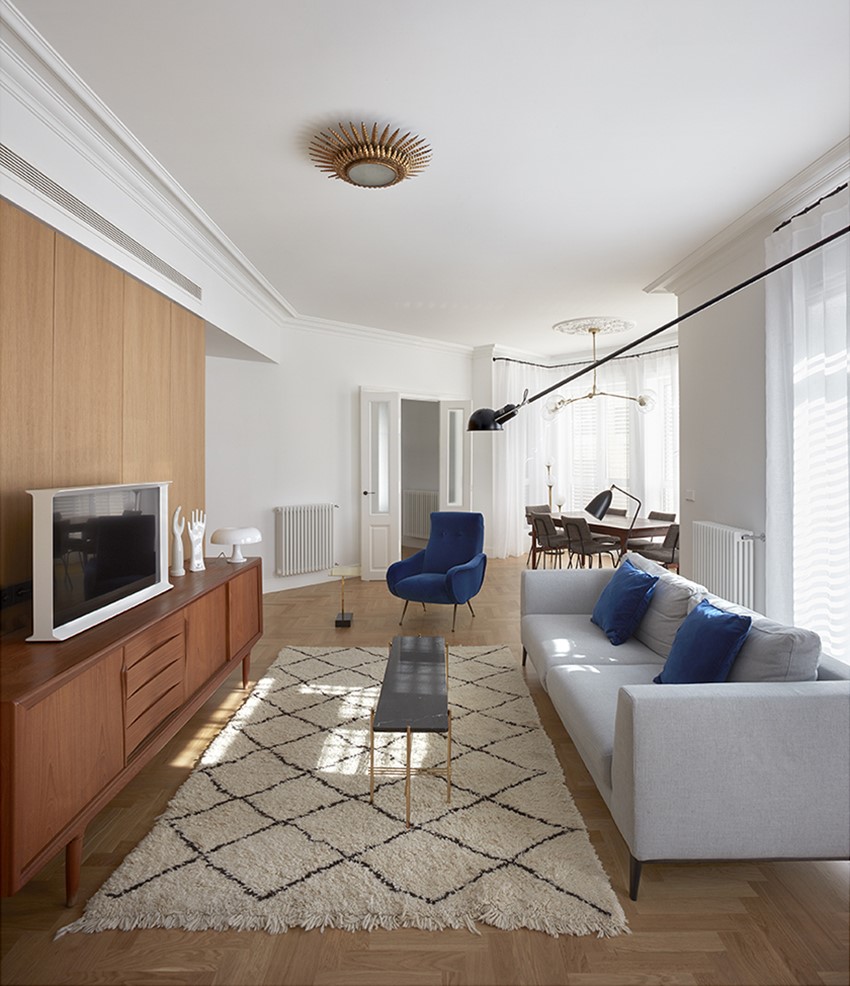 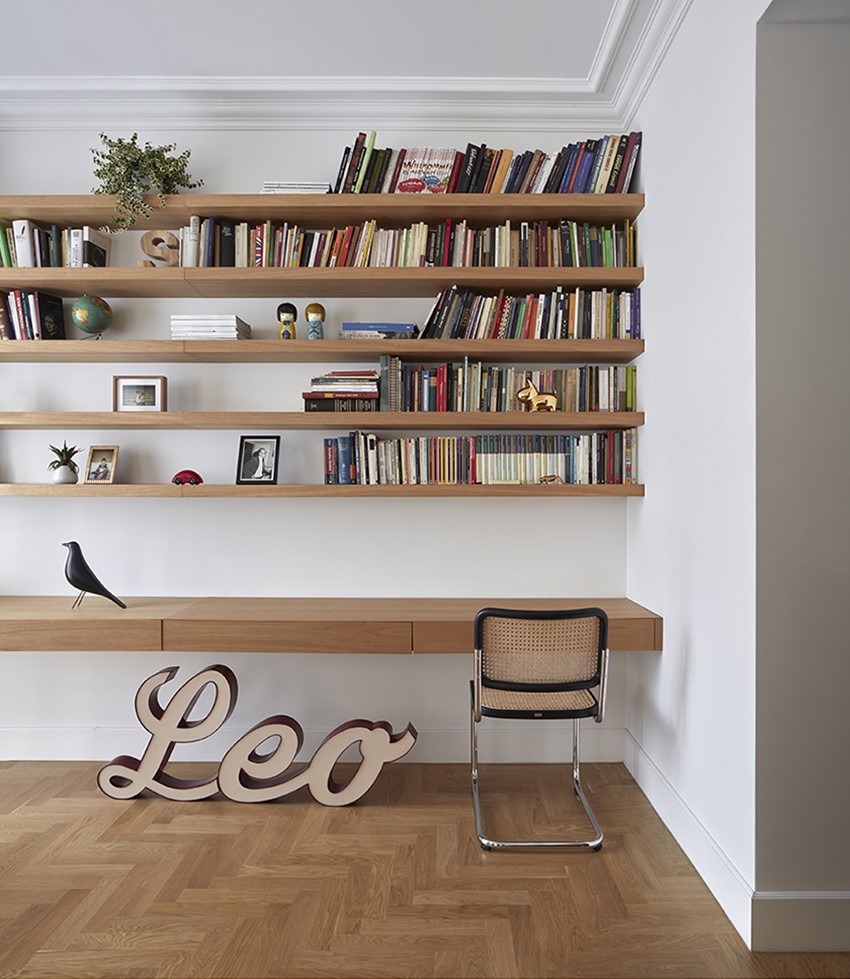 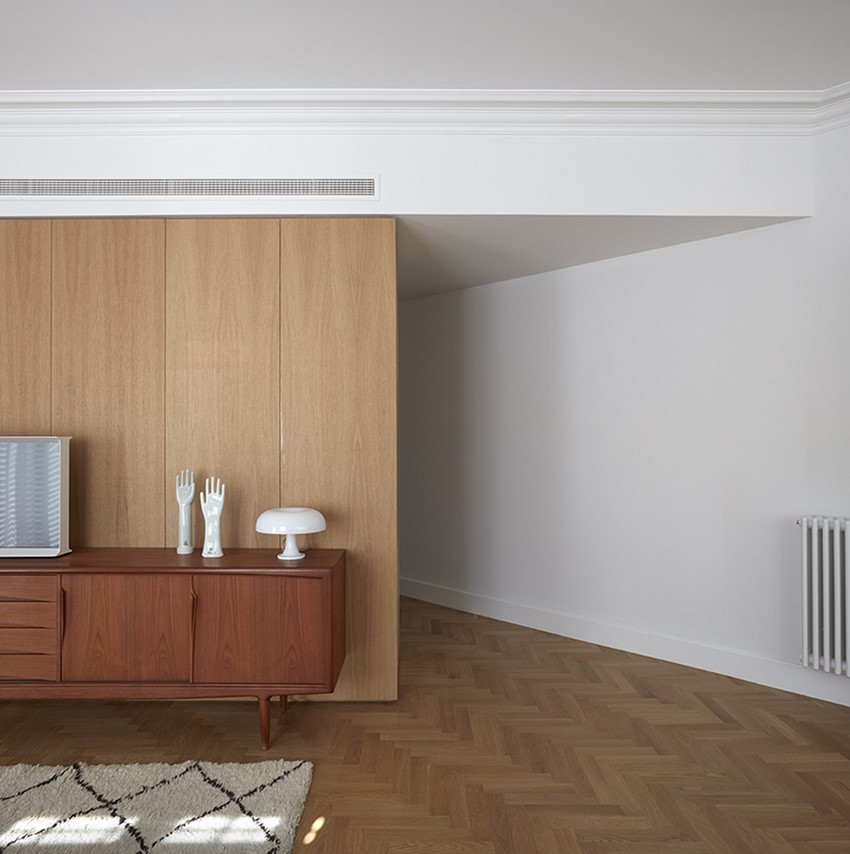 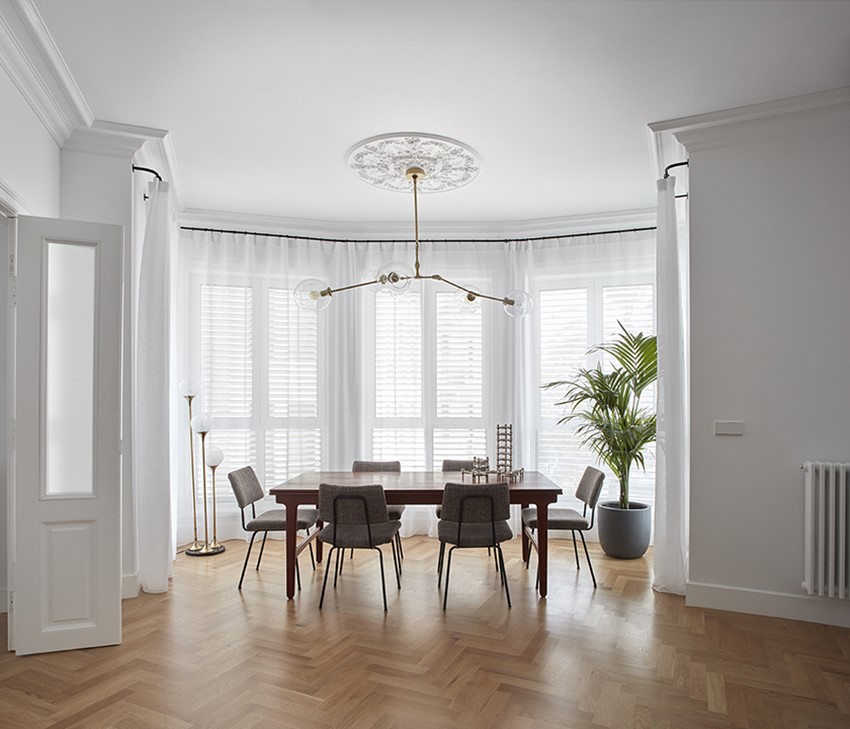 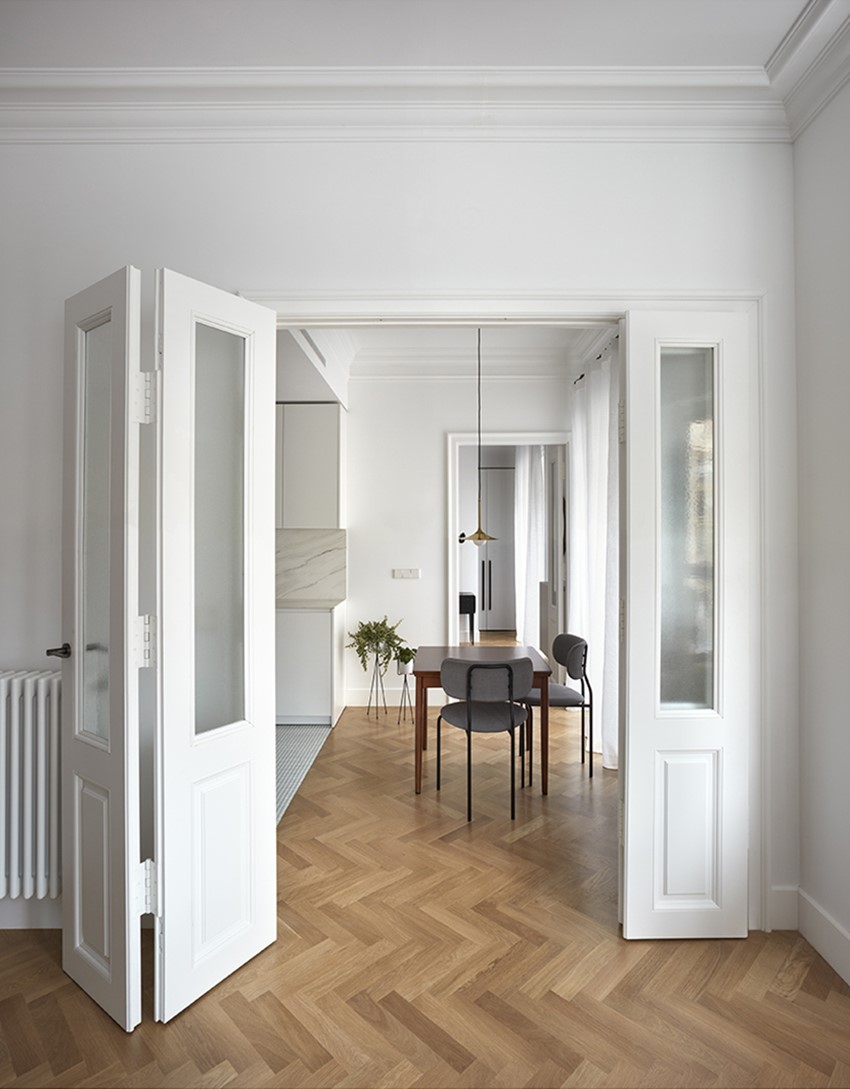 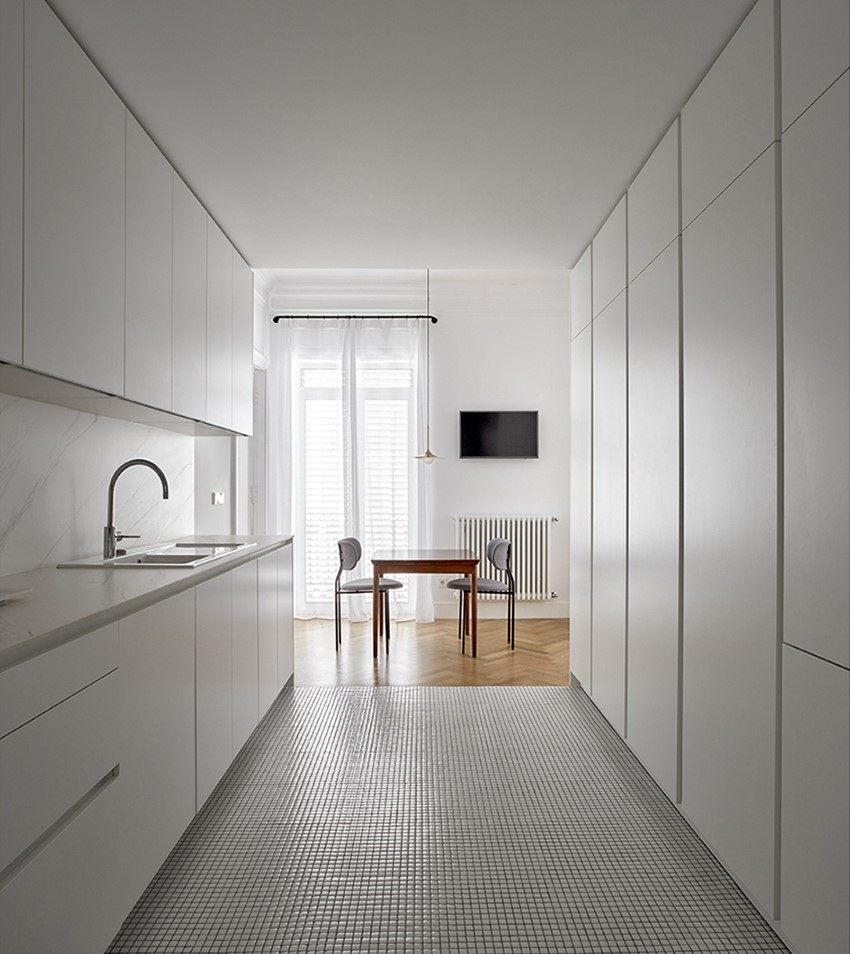 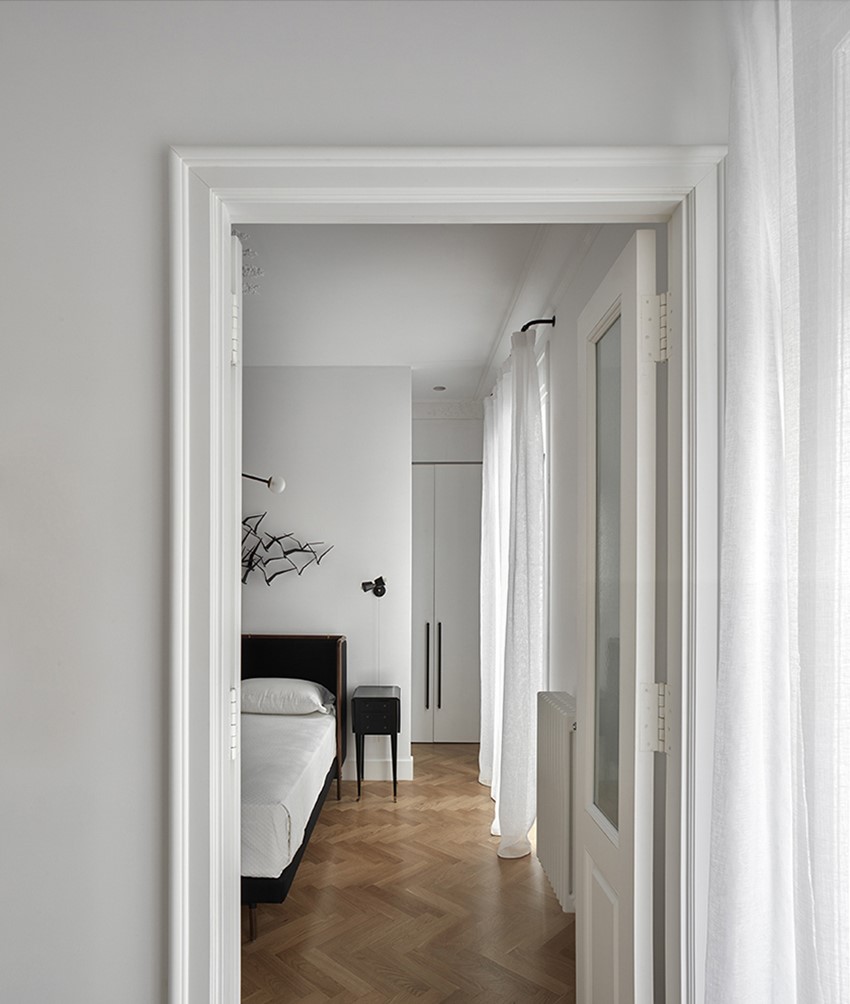 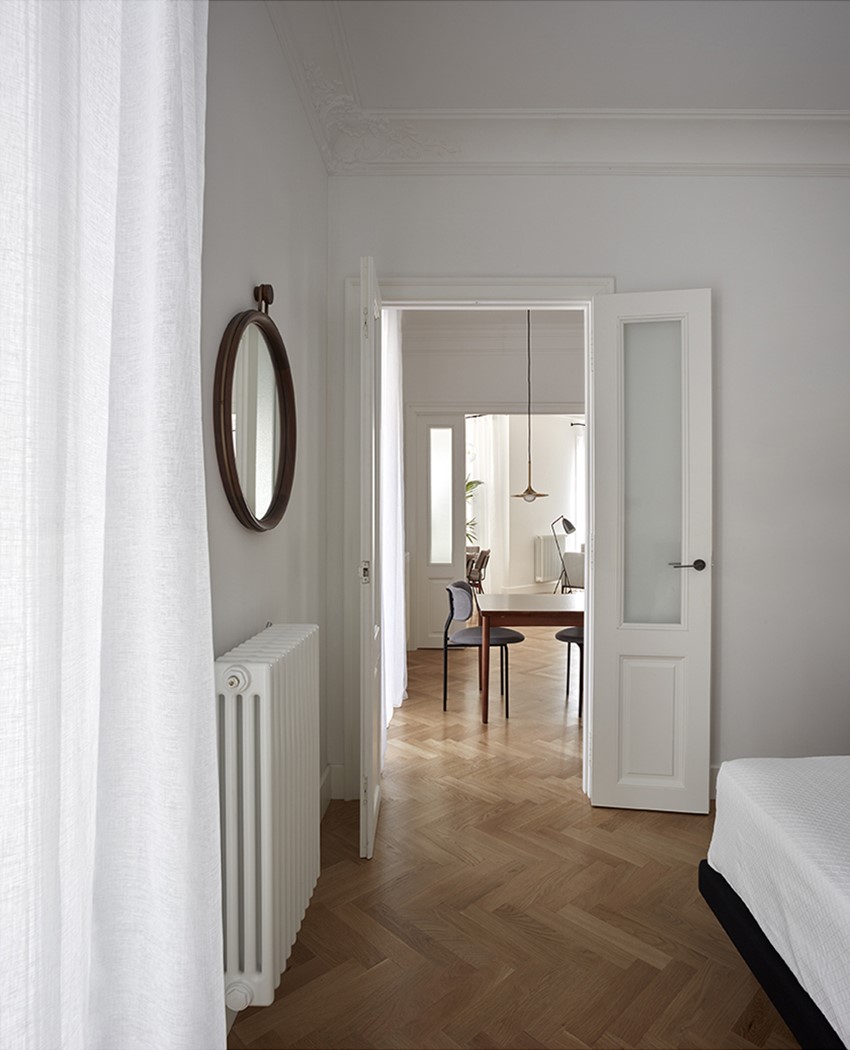 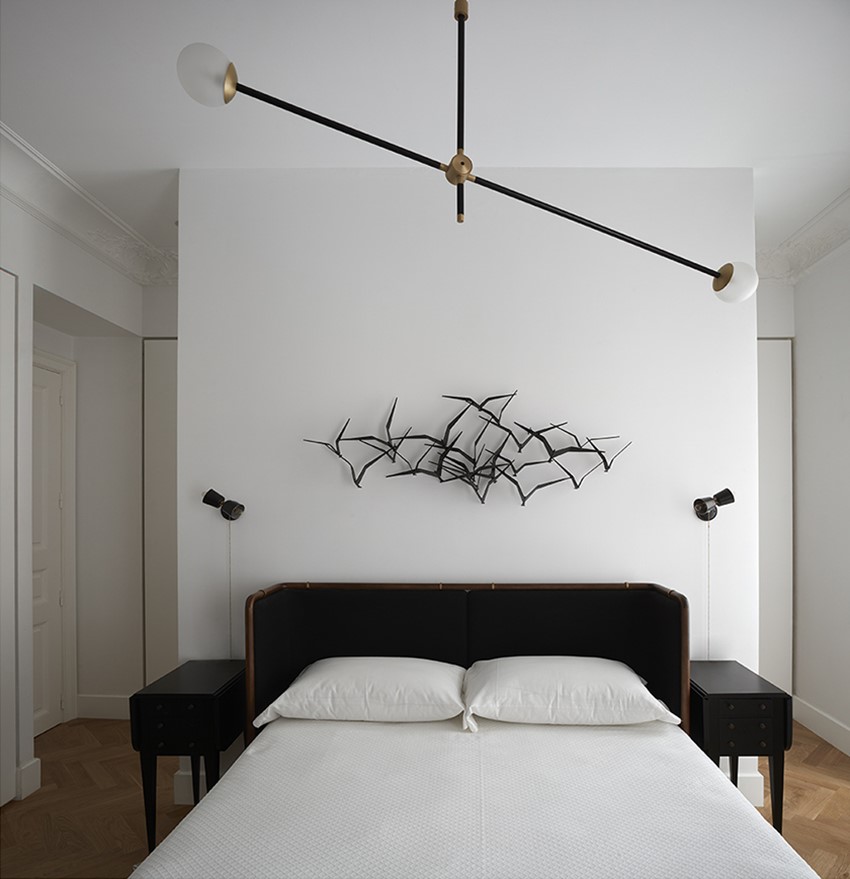 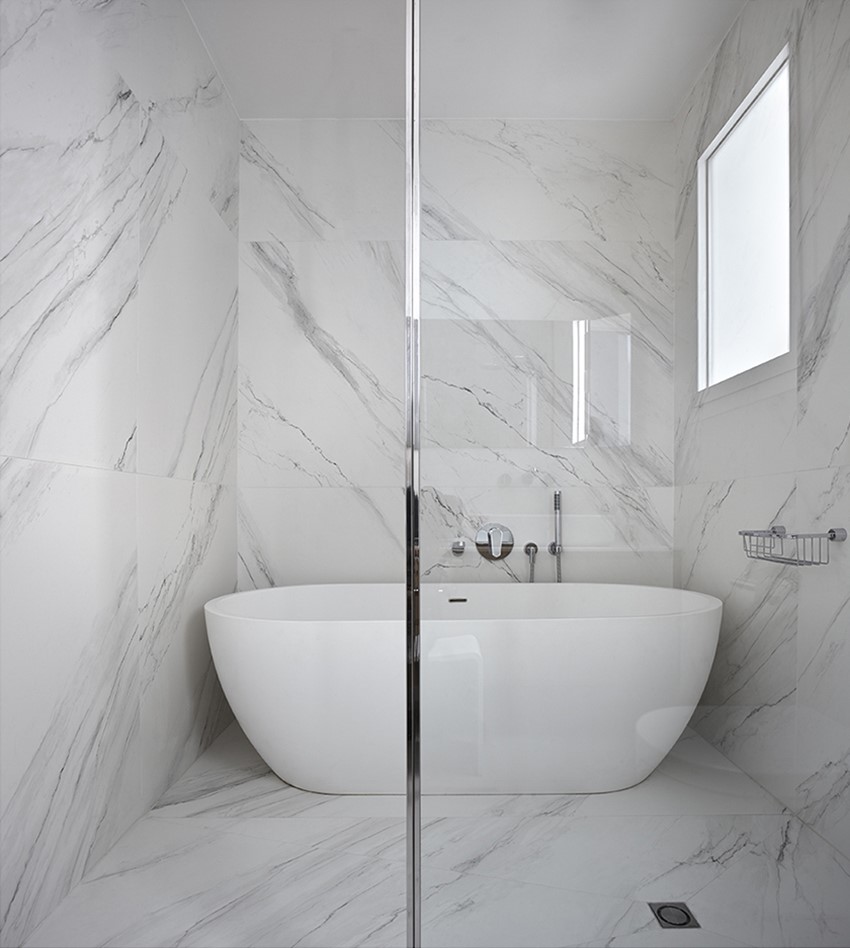 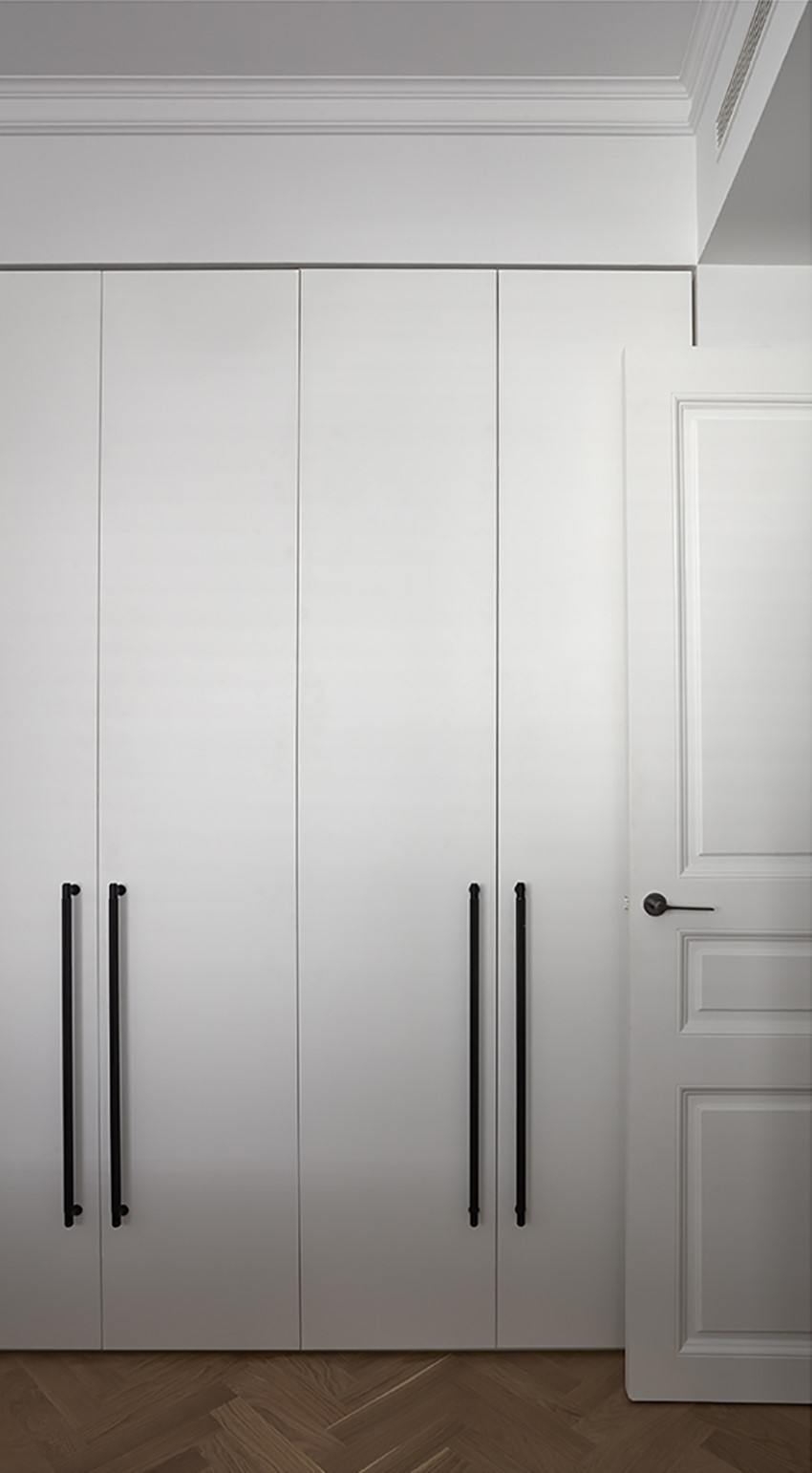 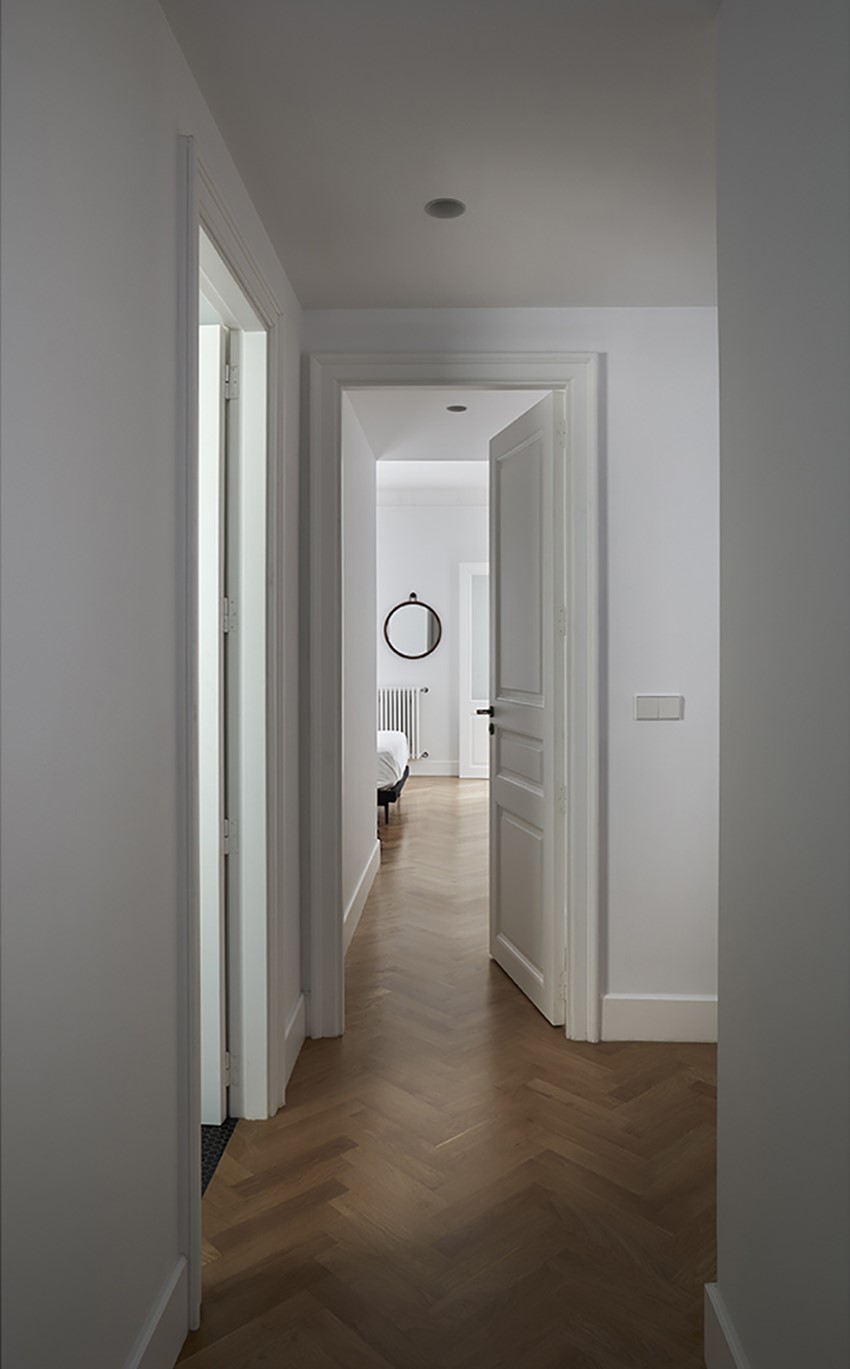 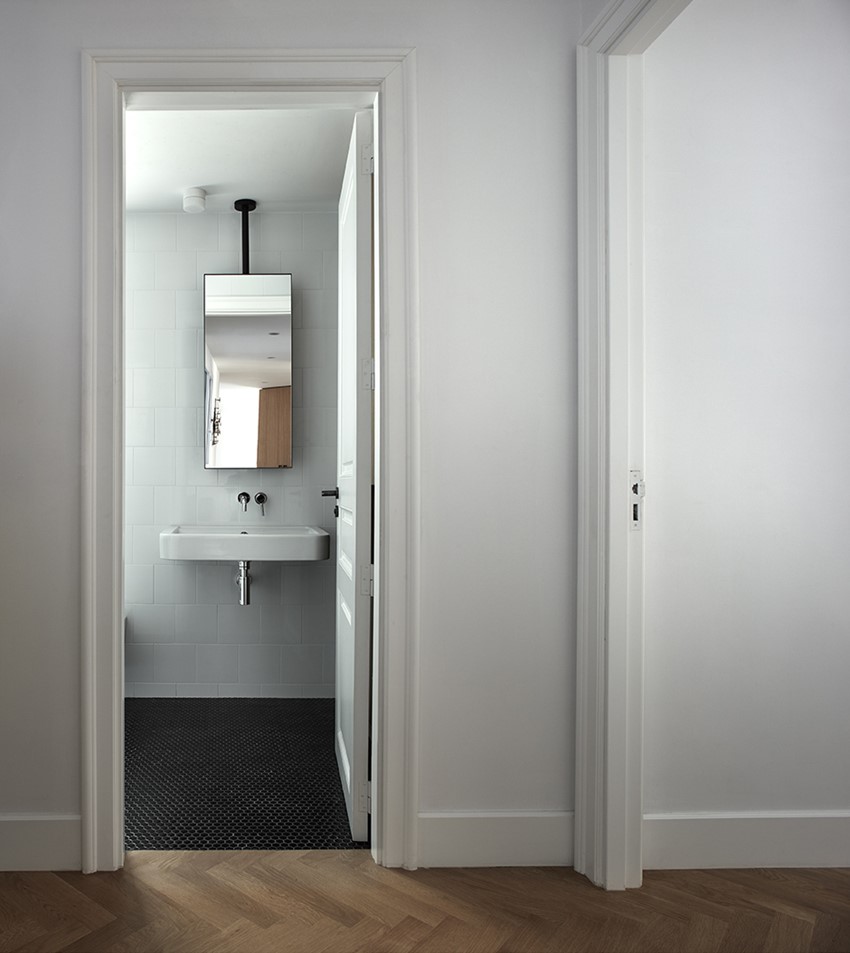 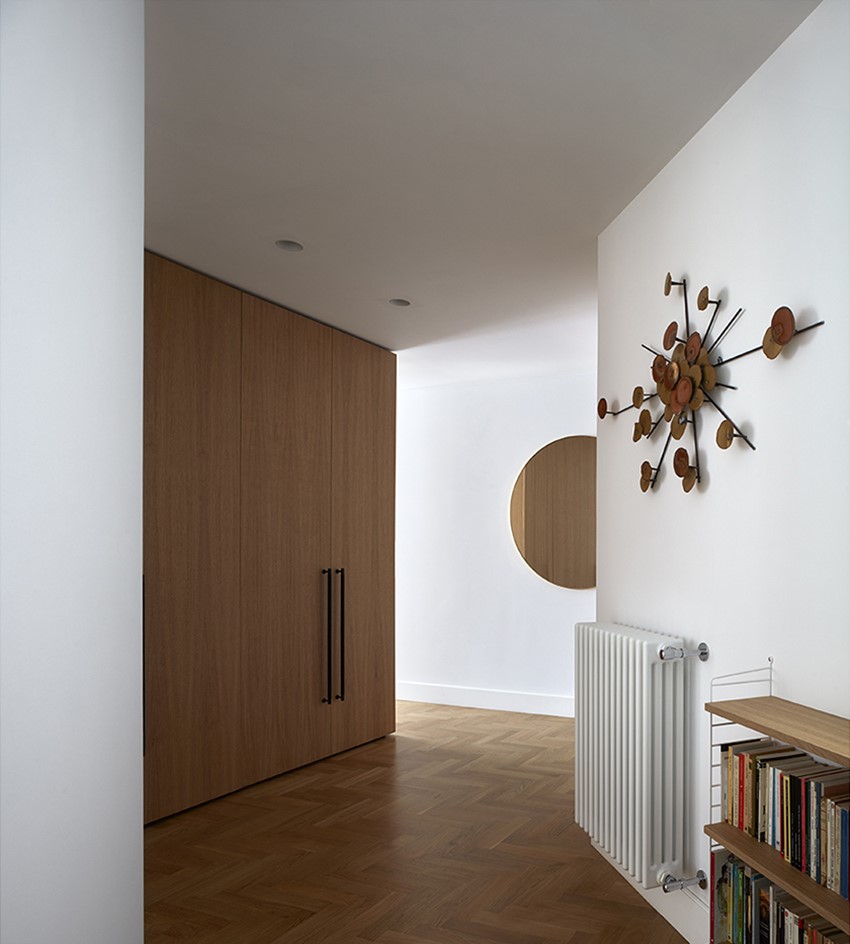 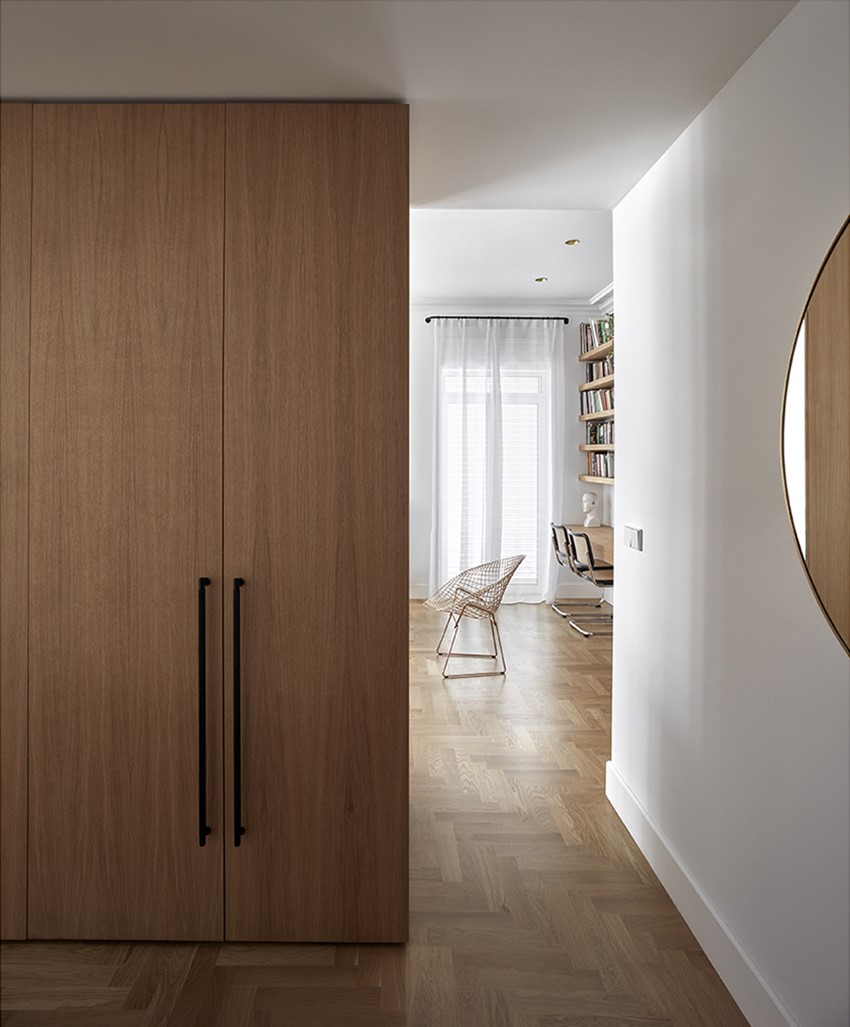 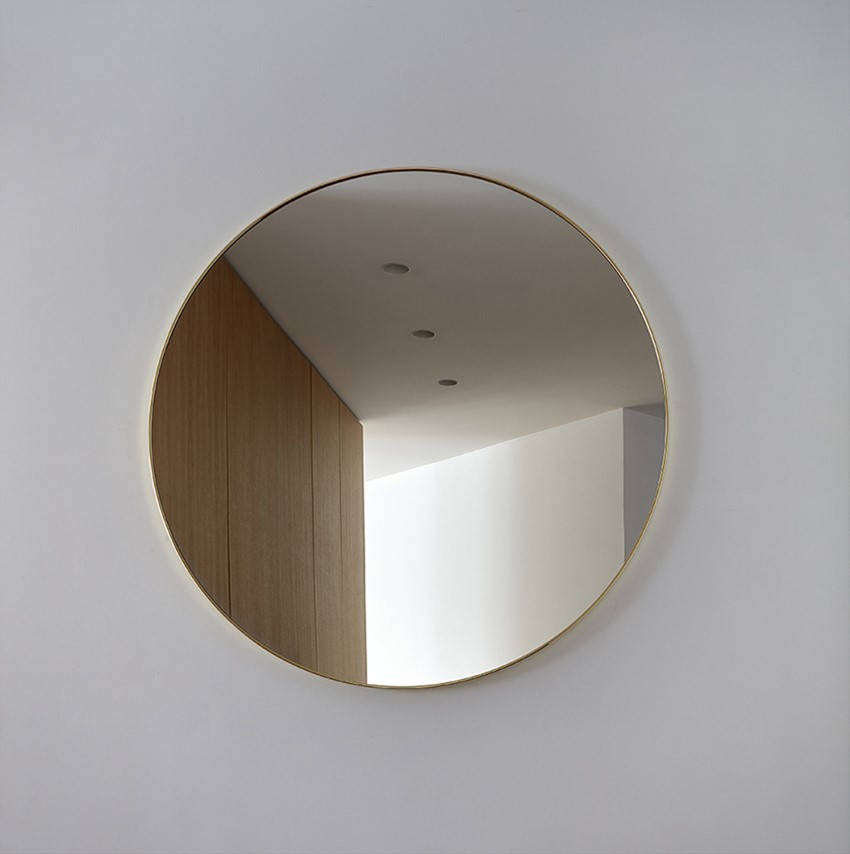 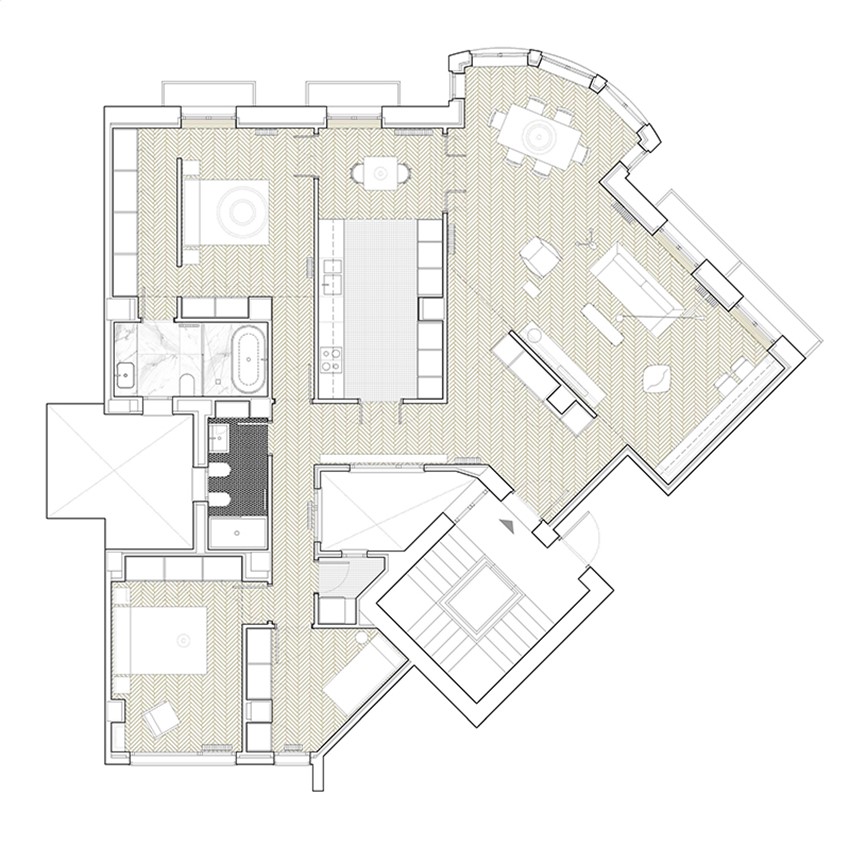 When we start working on a remodeling project, the first thing we consider are the client’s needs. These are always the starting point of all our projects.

In this case the main concerns of our clients were related to regaining the original character of the apartment since, as we have mentioned above, this home had been transformed into an office. Consequently, it had lost all the elements that characterize the buildings from the early 20th century in the Eixample area of the city of Valencia such as the flooring, moldings, doors, etc.

Other concerns of the clients were how to make the apartment, which was generous in size, capable of being used by them throughout the year and at the same time being shared with their children during their visits, without changing their usual lifestyle.

As a result, the program that our clients demanded was:

• Parents’ zone, consisting of a large living room, kitchen and a master bedroom with a dressing room and a bathroom.

• Children’s area, consisting of two bedrooms and a bathroom.

As mentioned above, the space from which we start is an apartment dating from the early twentieth century, with an approximate area of 150 usable square meters, located in the Eixample area of the city of Valencia, which had been used in recent years as an office.

The existing distribution consisted of a series of small spaces, thus one of our big challenges was to get a new updated distribution, and a more open and functional feel.

The remodeling project proposes the creation of two separate areas in the apartment.

A main area where the most important living spaces are located: living room, kitchen and master bedroom. This area has the two main facades of the apartment and the large enclosed balcony.

Along these two facades, a circulation zone for the parents’ private use is created. This zone connects the main room, through the breakfast area of the kitchen, with the living-dining area.

This large area is presented as a series of open spaces, connected to each other, where natural light is the protagonist.

The other major area of the apartment is formed by two bedrooms for the children and a bathroom, which features an outstanding secondary circulation area that is completely independent from the parents’ zone.

Another very important aspect of this project has been the interior design work, the objective of which has been to return its lost character to the apartment.

In each one of the living spaces we have worked on all elements, from the design of the floors and the selection of the ceiling moldings, to the design of every door and every window.

Finally, we would like to address the choice of furniture, which was a challenge for us in this project. In this stage we have worked very closely with our clients, who are great lovers of vintage design and decoration, as mentioned above. For this reason, we have chosen a combination of current designs and vintage furnishings, with many years of history, which have been recovered to become part of this new home.”