Powiśle is one of the most stylish districts in Warsaw. Old tenement houses, apartment blocks from the 1960s and modernistic monuments alternate here with guarded housing estates and modern buildings of libraries or museums; the young residents of Warsaw live beside the older generations. The district is vibrant with life from the very early morning until late at night – it is the best place to find trendy coffee shops, restaurants and stores, yet it also allows the residents to relax thanks to the close vicinity of numerous parks and boulevards along the river banks. The apartment designed by Anna Koszela matches this cityscape perfectly, with its concept based on a game of contrasts. Photography by Hanna Dlugosz 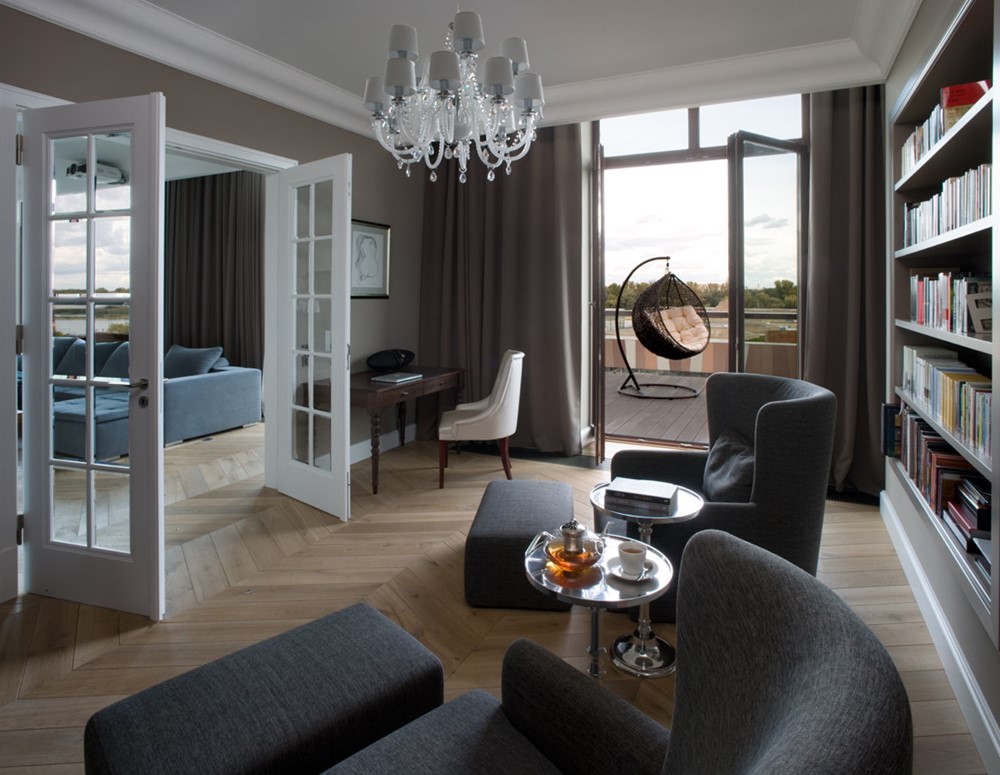 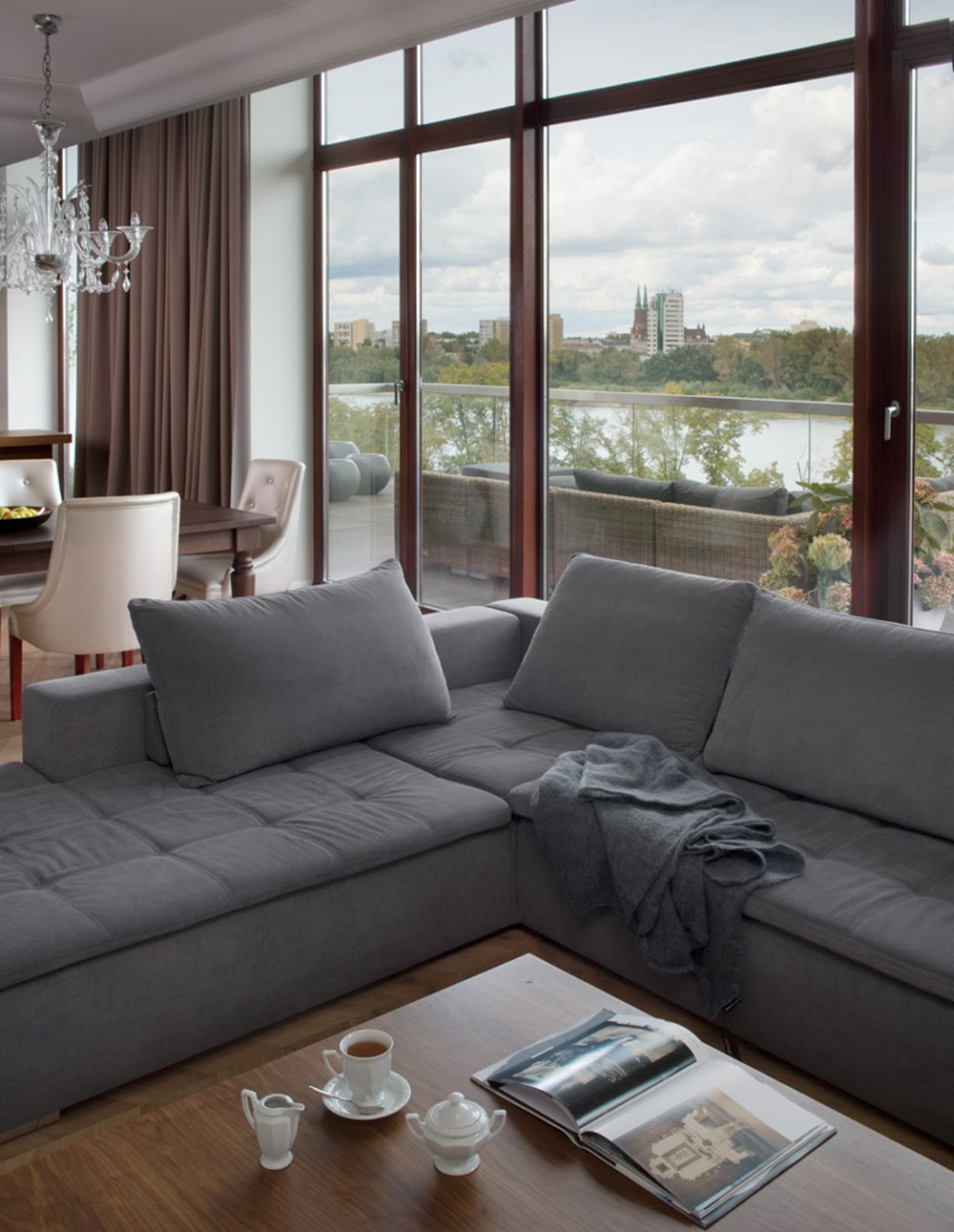 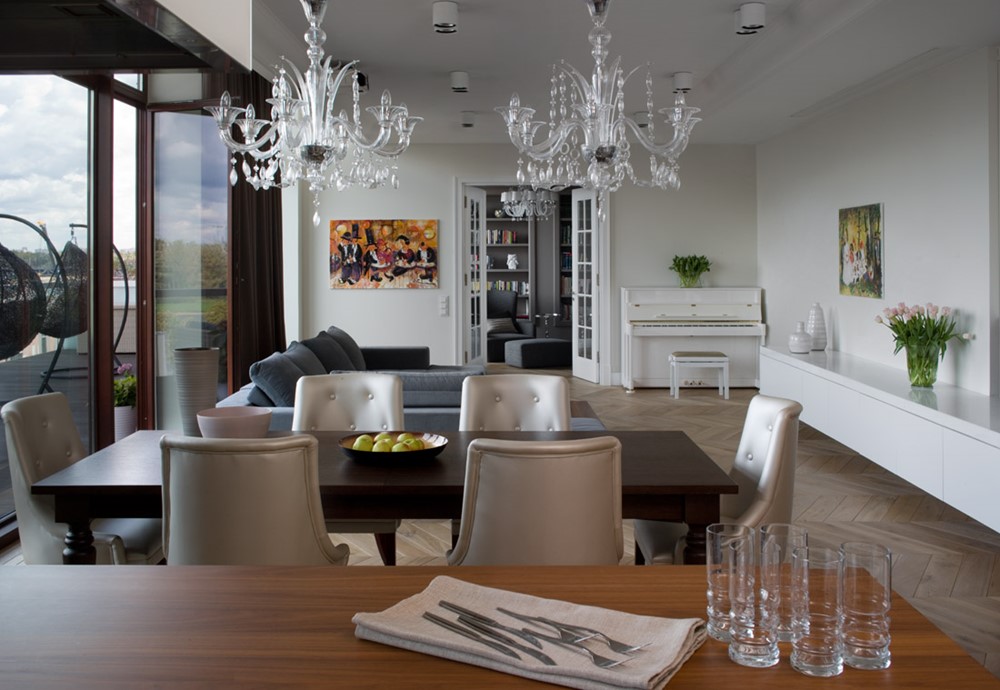 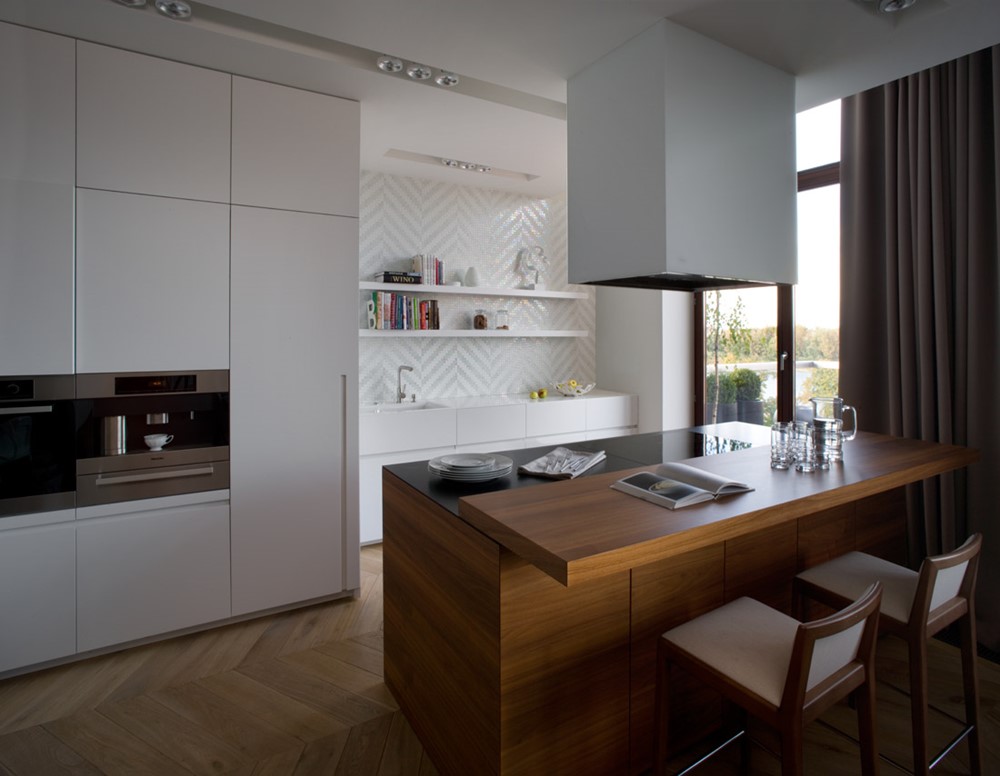 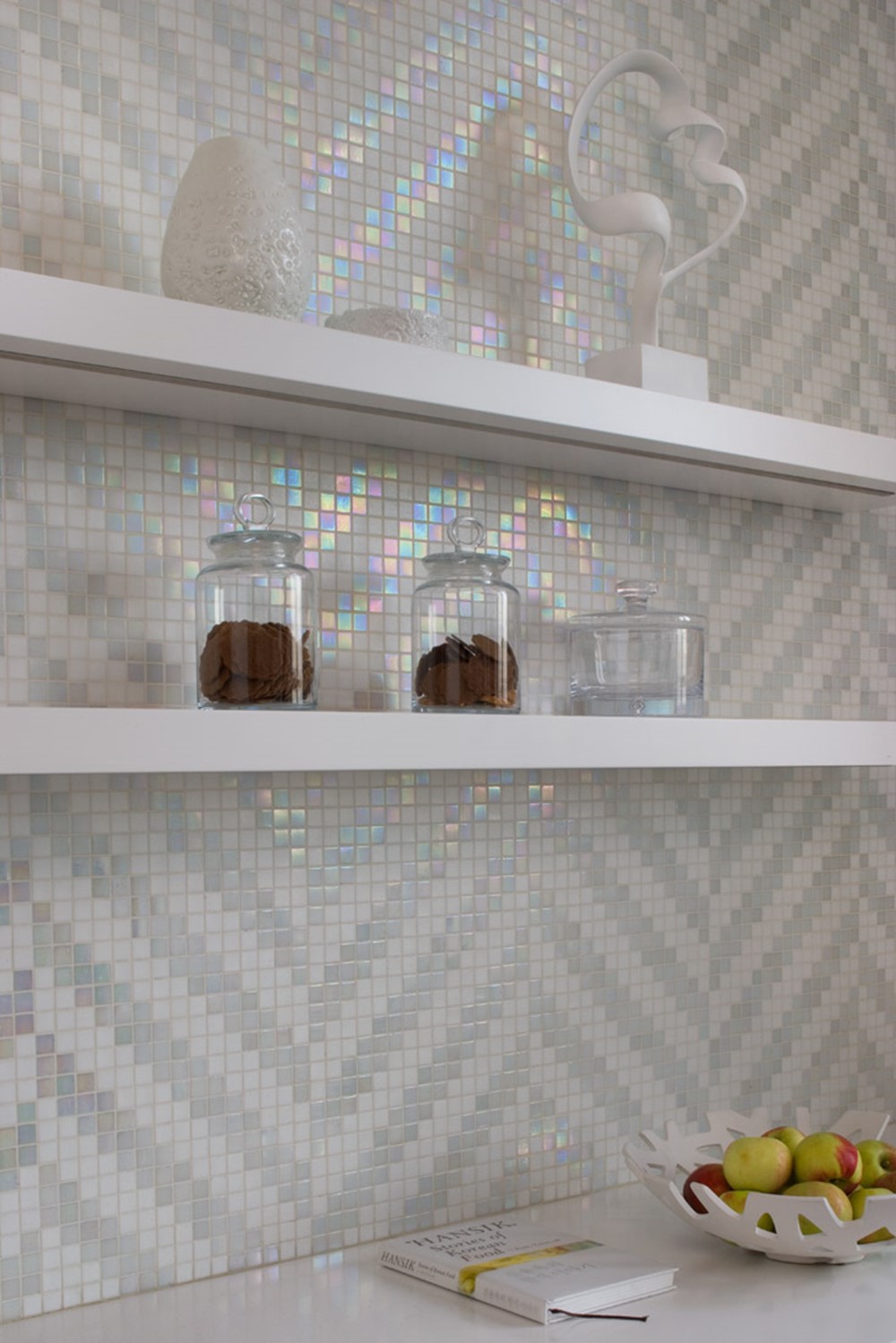 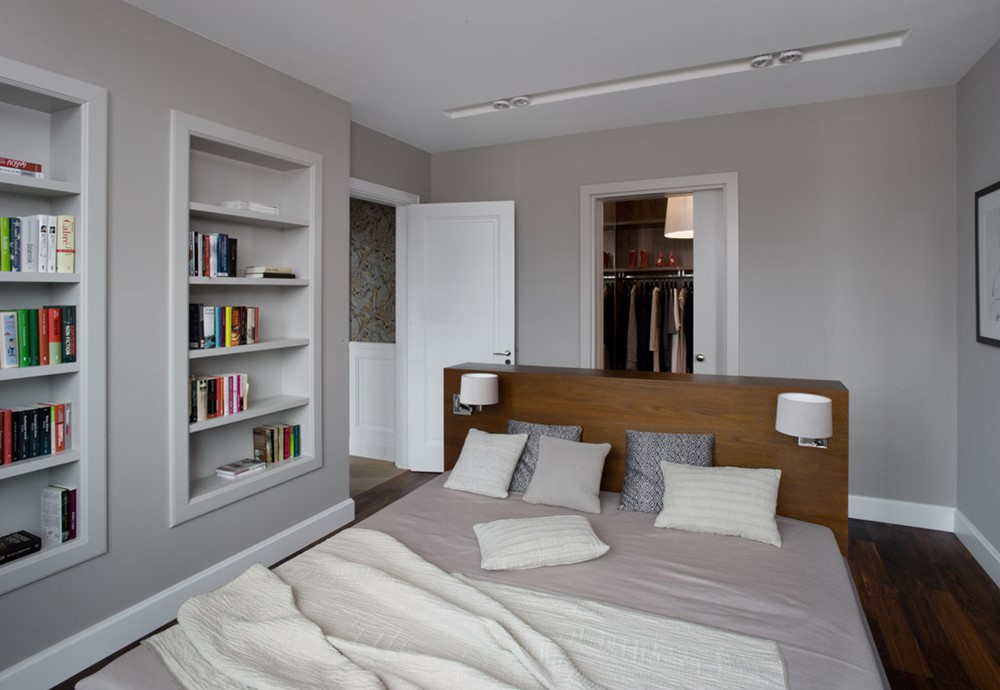 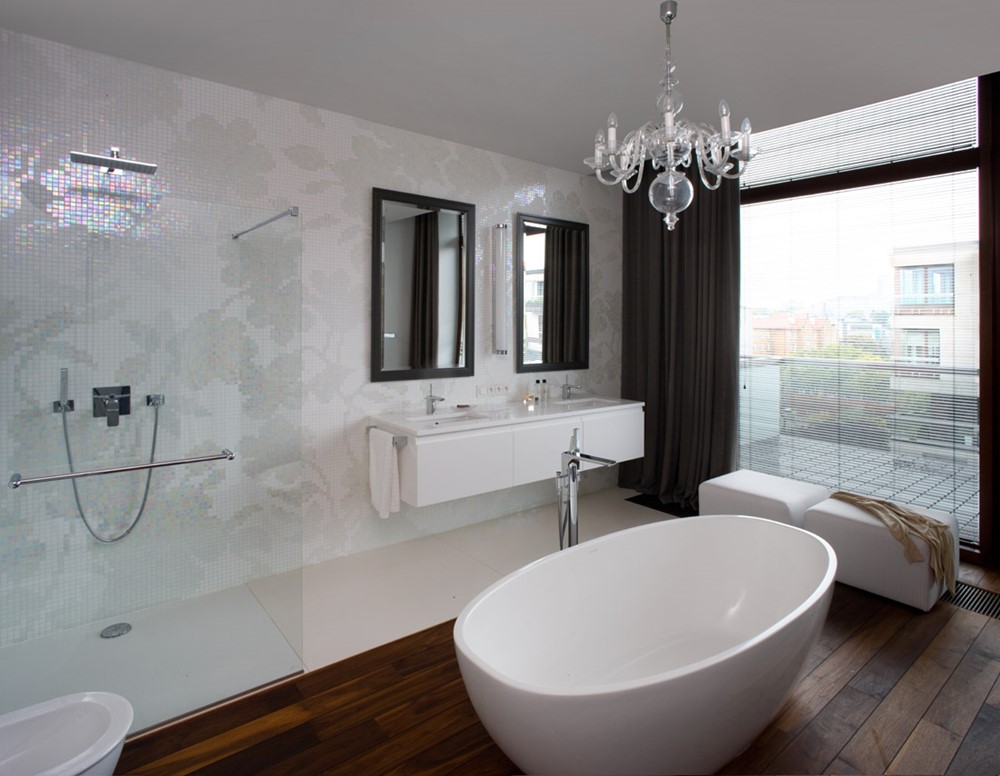 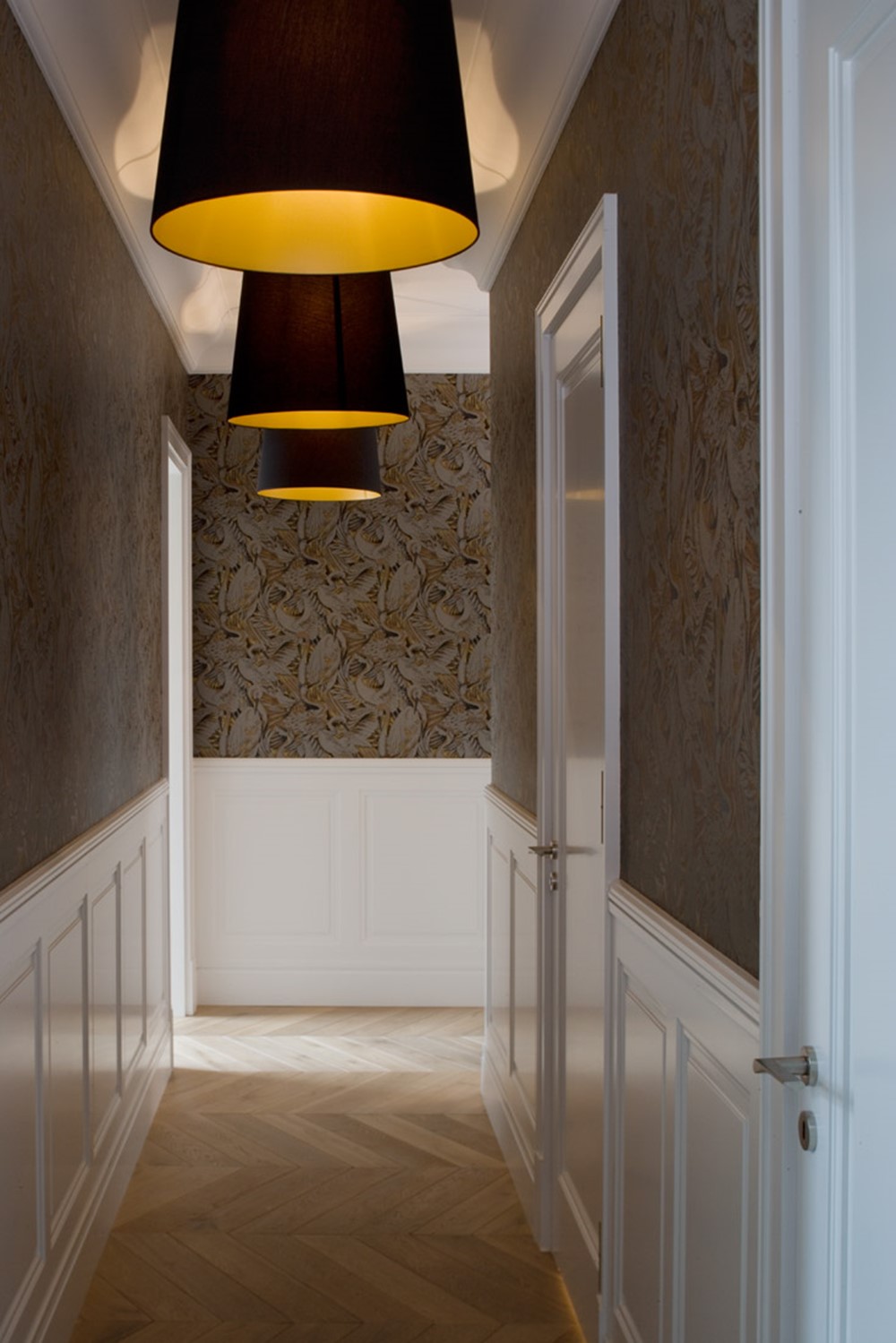 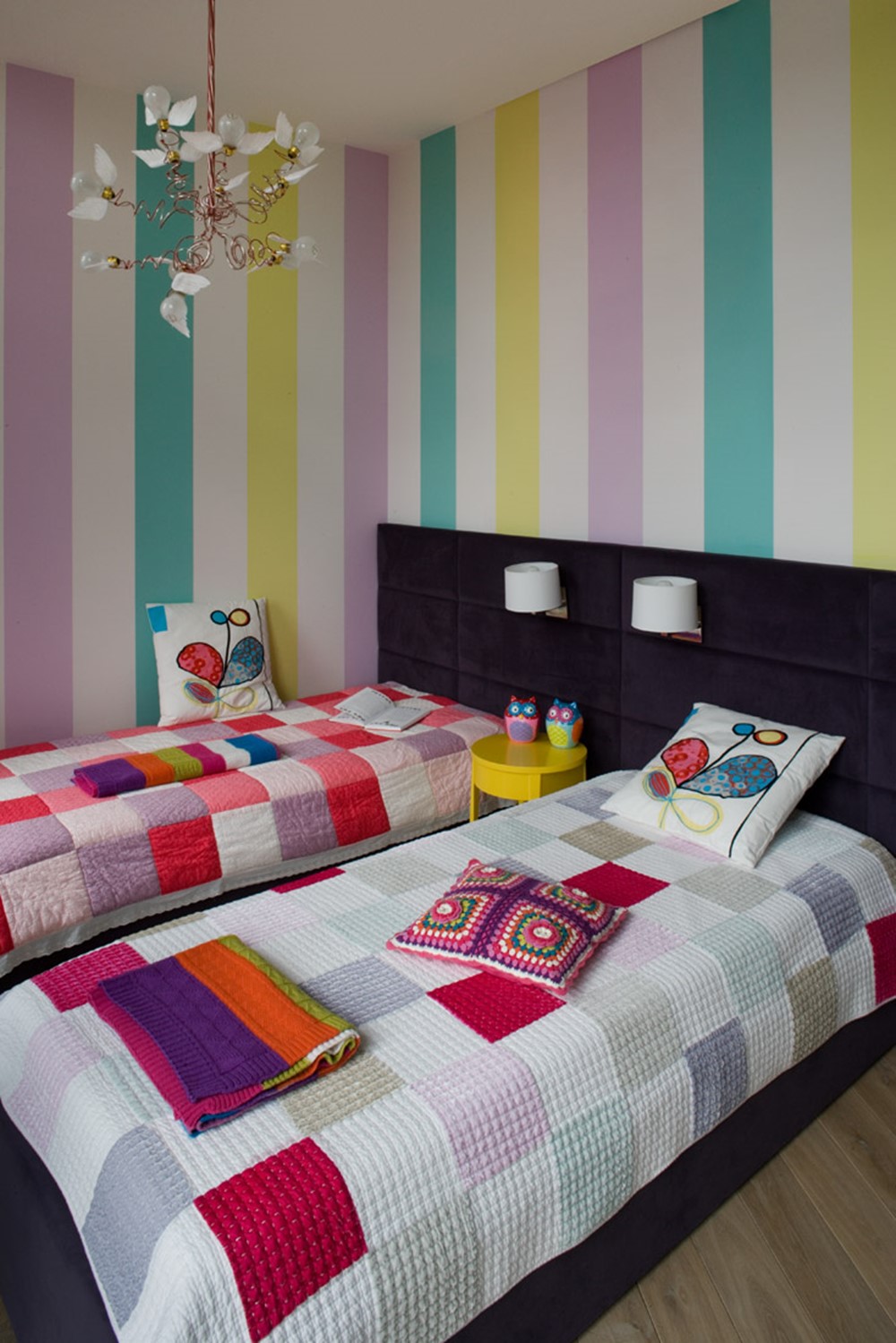 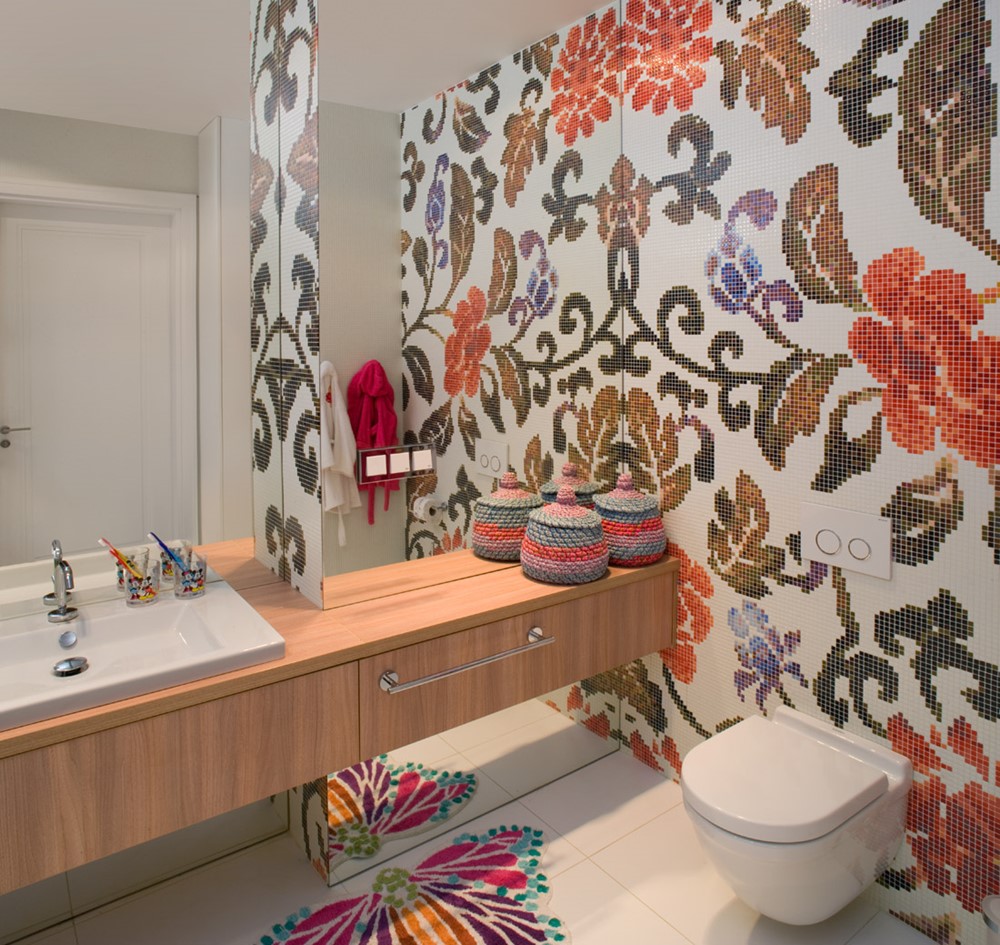 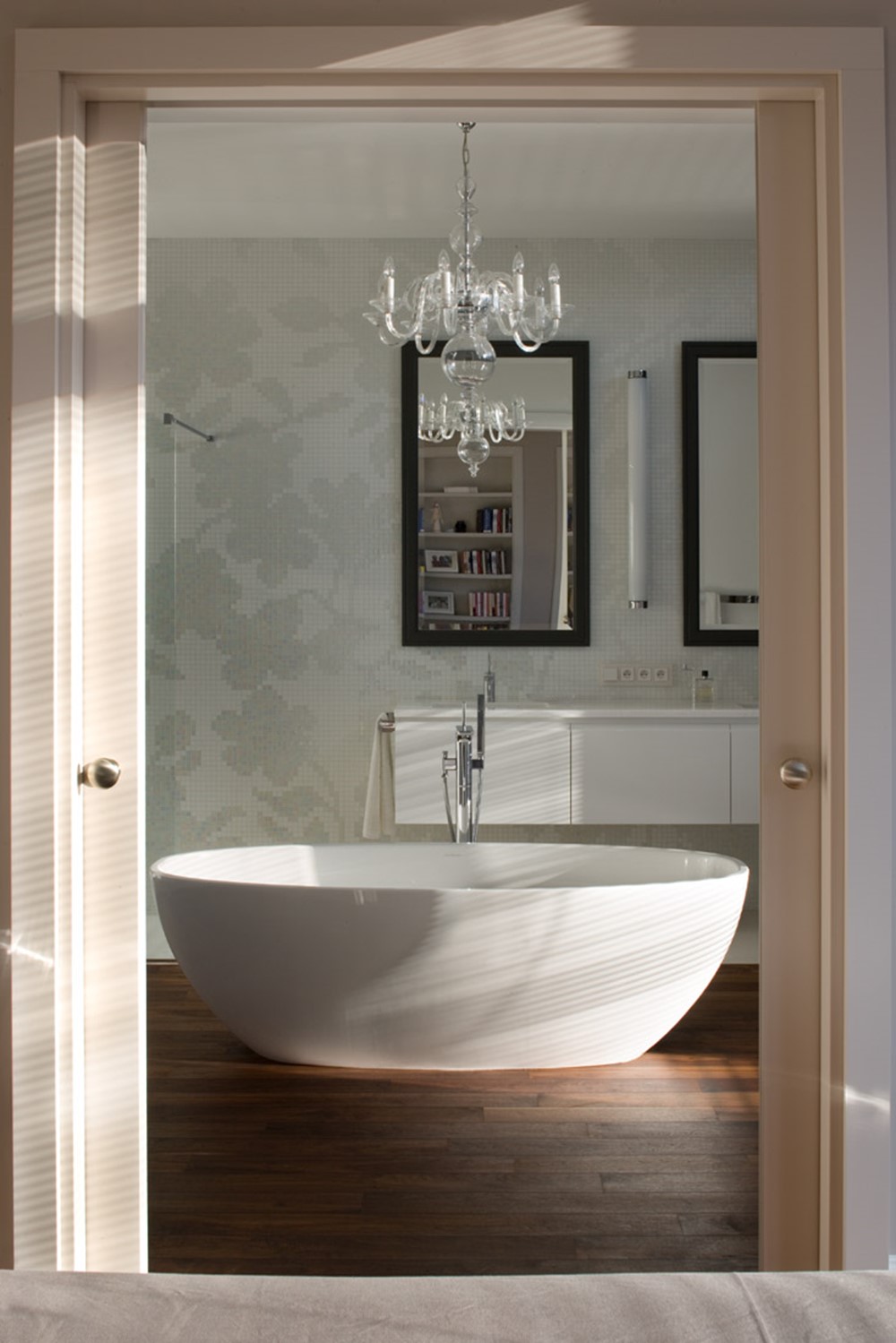 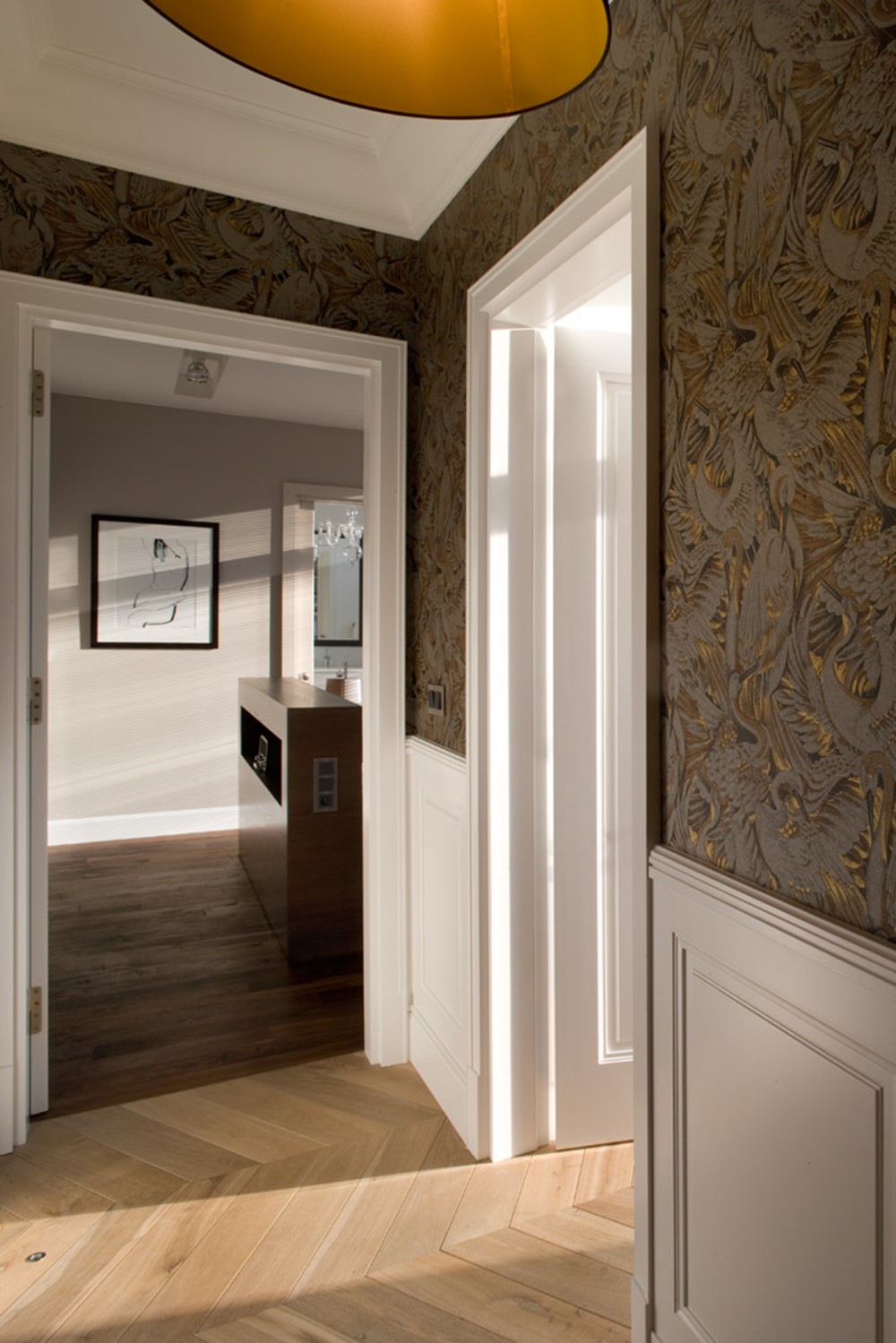 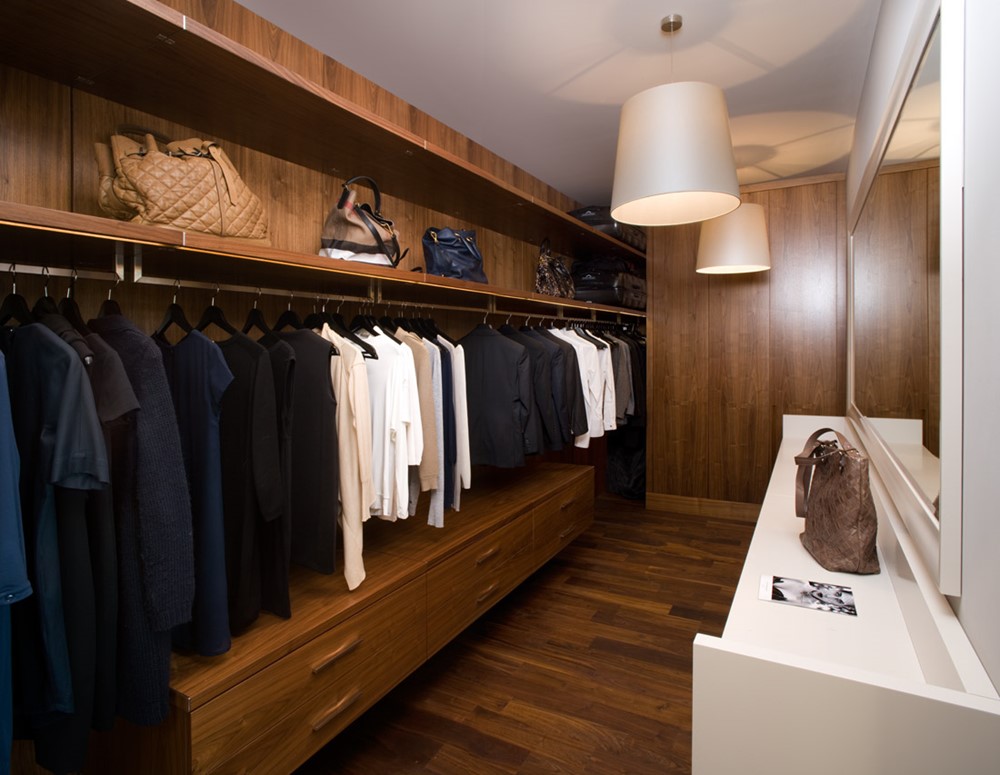 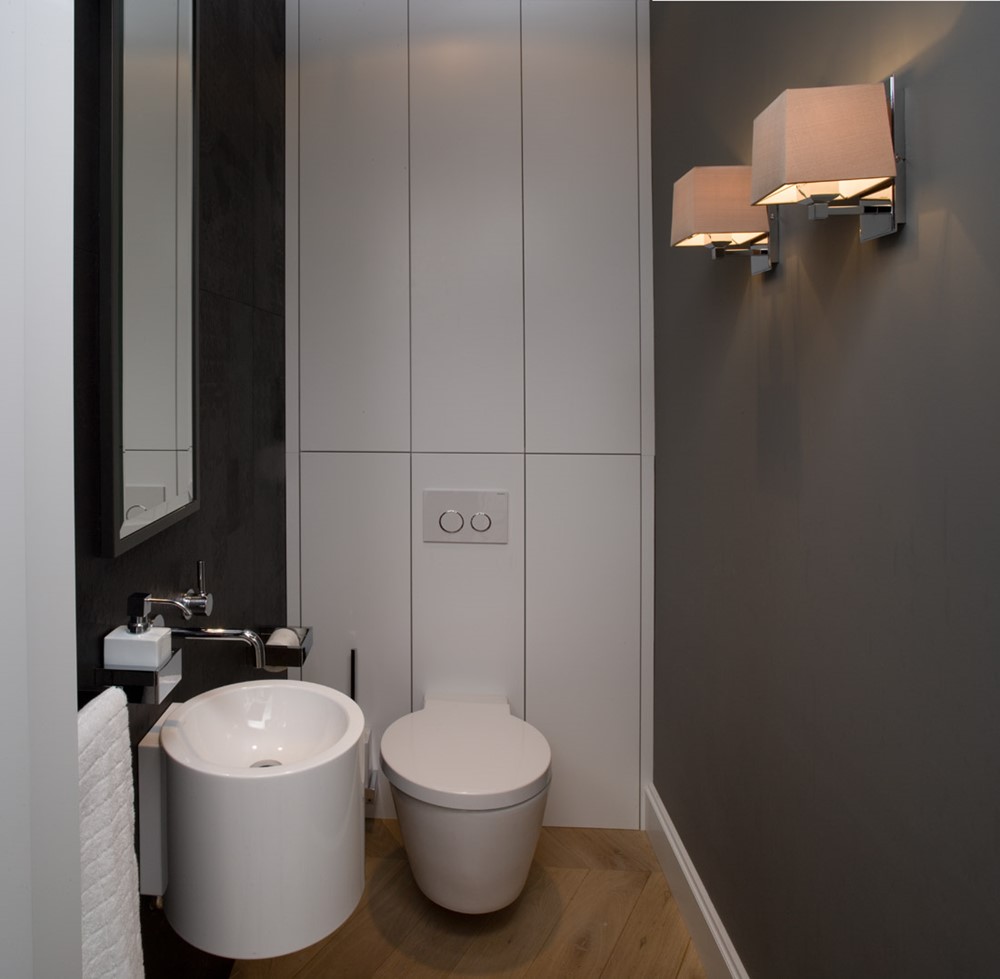 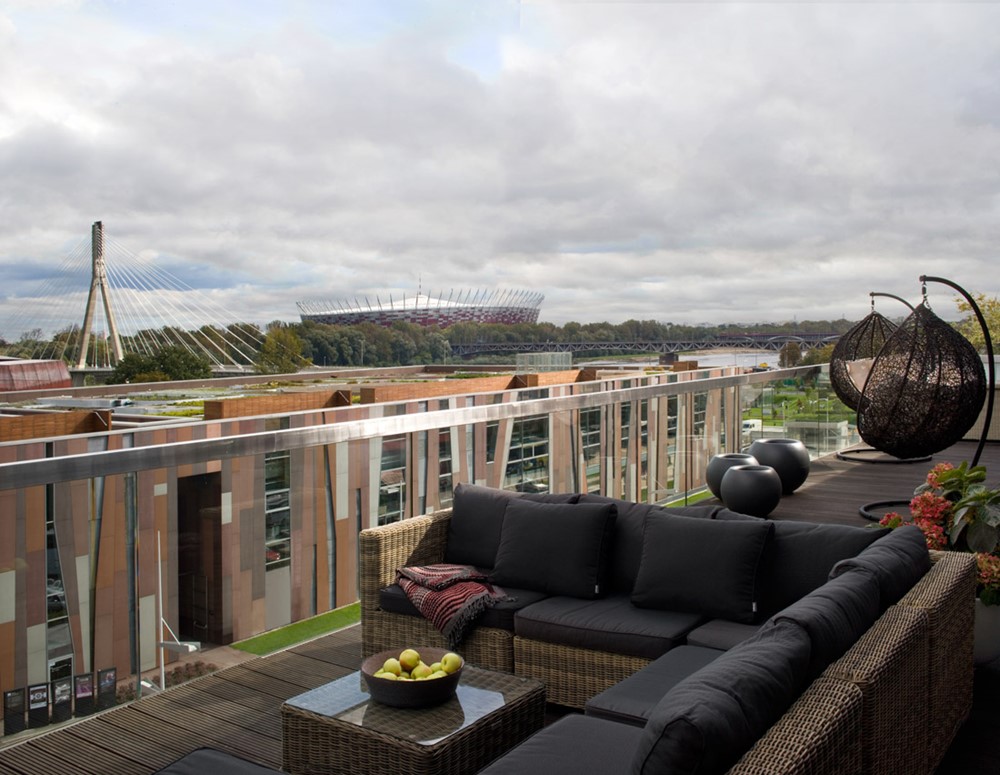 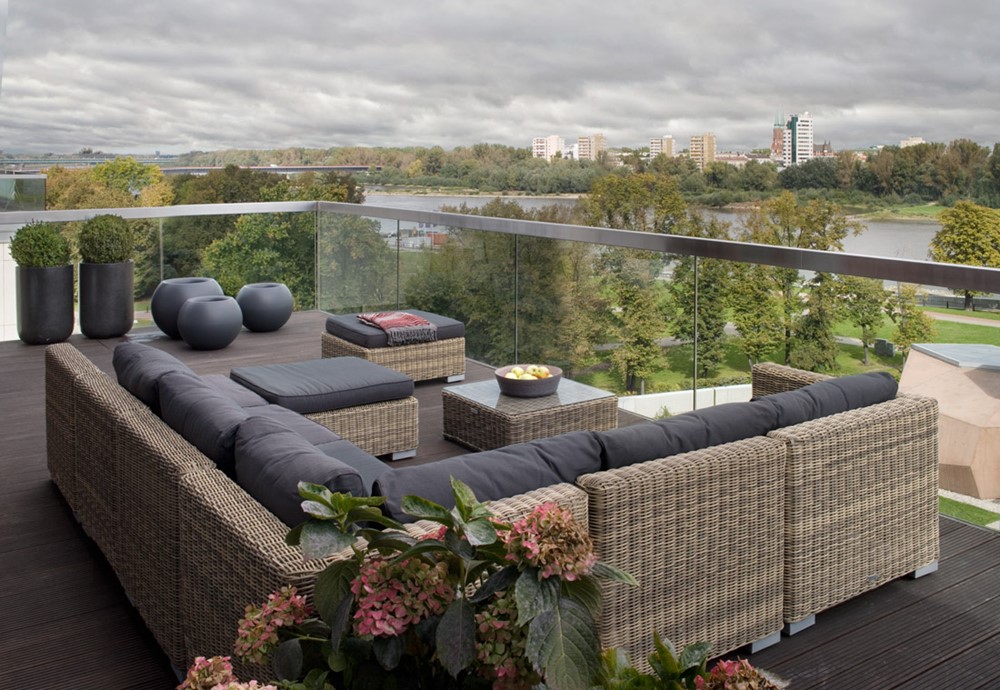 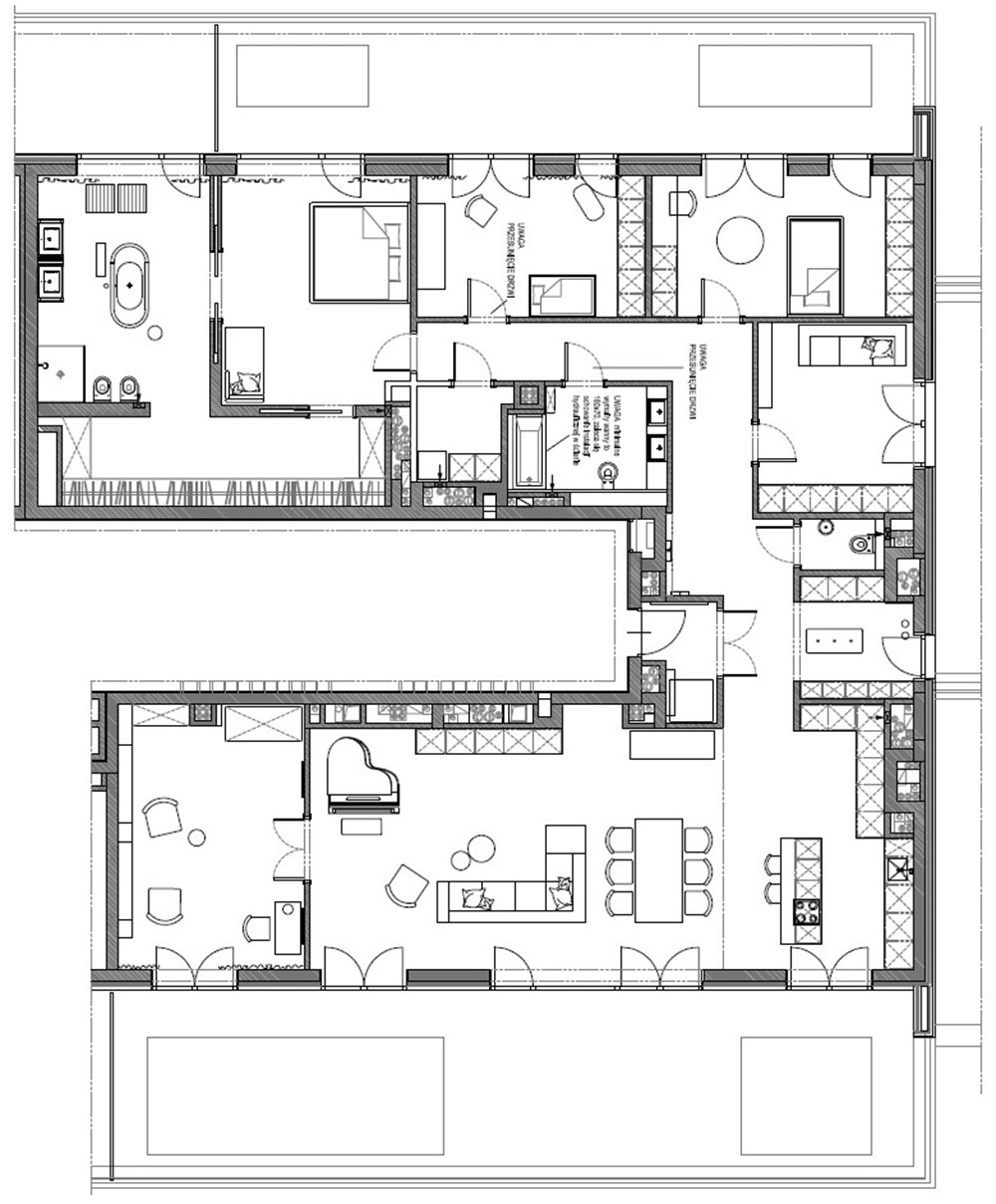 The 250 sq. m apartment situated on the top floor in a new building is owned by a married couple with two young children. It is surrounded with terraces with a terrific panorama of right-bank Warsaw with its distinctive landmarks: the St. Florian’s Cathedral, the Świętokrzyski Bridge, the National Stadium and the Fat Kate (Gruba Kaśka) water processing underground intake station. The owners both love timeless and harmonious classic designs so they wanted to furnish their new home in this style. However, Anna Koszela suggested a bit more bold combination of old and new pieces to make the interior correspond to the grand vibrant and diversified city outside.
The penthouse overlooking the Vistula River was formed by combining two separate apartments which allowed the architect to organize the space by creating clearly separated zones. The left side of the apartment – with a master suite for the parents with a bathroom and a walk-in closet, two bedrooms for the children and a guest bedroom with a shared bathroom – is a private, intimate part of the home, whereas the right side of the penthouse – with a study and a large living room and kitchen combo – is a great sitting dining zone designed for the whole family. Despite numerous glazings and significant exposure of the rooms to daylight, Anna Koszela managed to create a nice private atmosphere. There are wooden blinds and linen curtains, which are perfect even for steamy bathrooms.
While designing the interior, the architect used various luxurious and universal finishing materials such as wood, stone, mosaics and top quality crafts. There is the French herringbone parquet floor in the entire apartment except the master suite, where there are the spouses’ favorite exotic wood boards impregnated and laid in the same way as on ships – with silicone joints. The same flooring was used in the adjoining bathroom. The walls were decorated with sophisticated floral and geometric patterns of the Italian brand Bisazza. The refined style of the interior was complemented with a custom-made bookcase, glass chandeliers, a piano, bird wallpaper, antique furniture owned by the investors and works of art from their own collection. The whole interior was decorated with carefully selected tasteful details – decorative wall panels, skirting boards, ceiling moldings and borders.
If one wanted to stop analyzing Anna Koszela’s project at this point, it would be necessary to say that the space definitely matches the style of historicizing designs, a bit like in Paris. However, the designer brought into the penthouse some very modern elements. One of them is the kitchen furniture with a minimalistic island design. Another one is a free-standing bed with its headboard forming a partition wall hiding a bookshelf. Anna Koszela broke the majestic style of the interior also with a minimalistic design of the fireplace, bathroom fixtures and fittings and lighting (e.g. with the extravagant lamp Birds designed by Ingo Maurer). With her great sense of proportions and aesthetics, she managed to create this very interesting and multi-dimensional metropolitan interior.