The flat designed by Amos Goldreich Architecture is located in an apartment block consisting of 10 flats of about 60/65 square meters each. It is located in Chalcot Square, Primrose Hill – one of the most exclusive and expensive residential areas in London. Photoghraphy by Rory Gardiner. 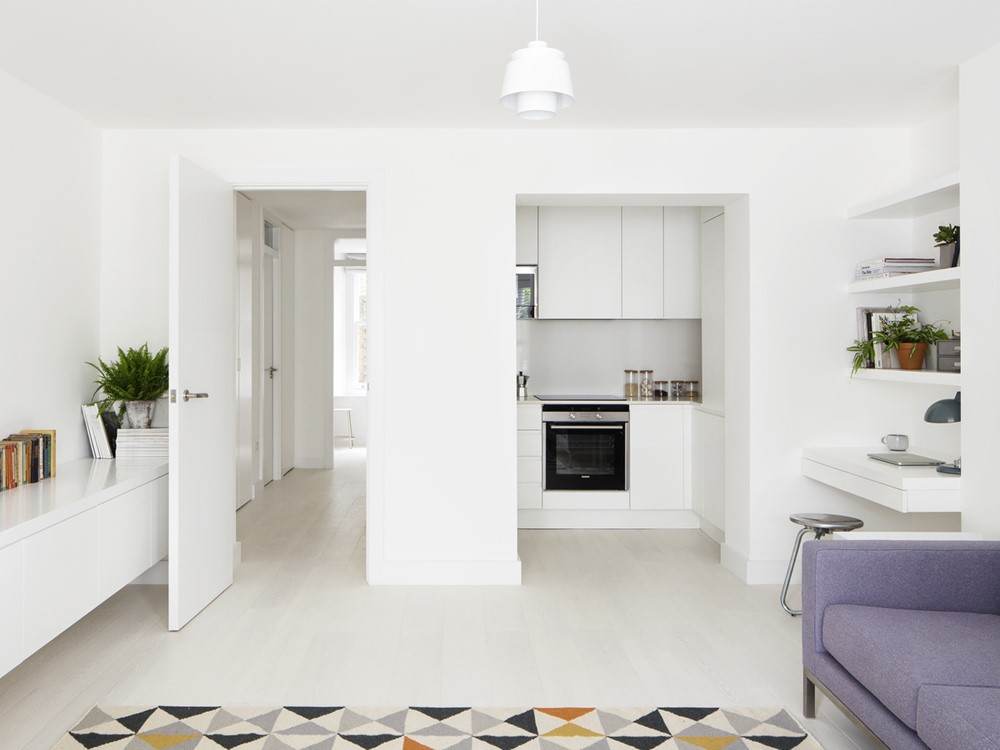 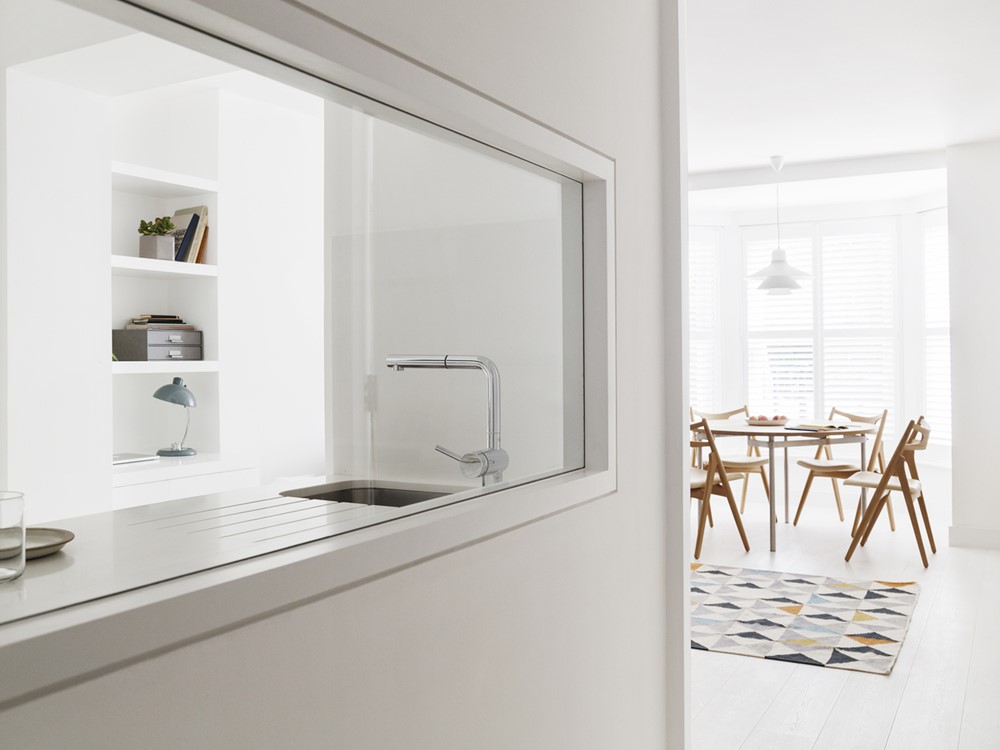 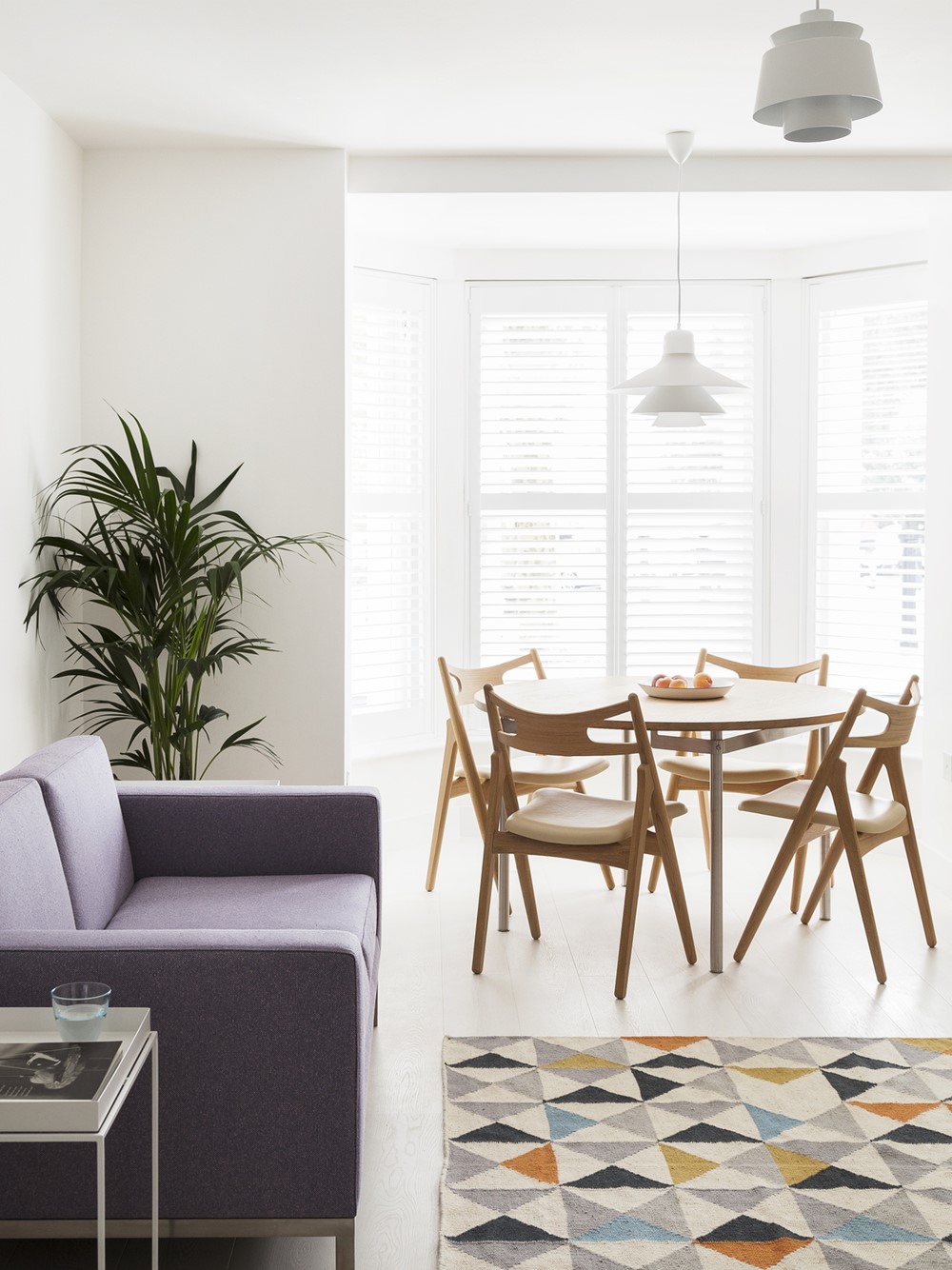 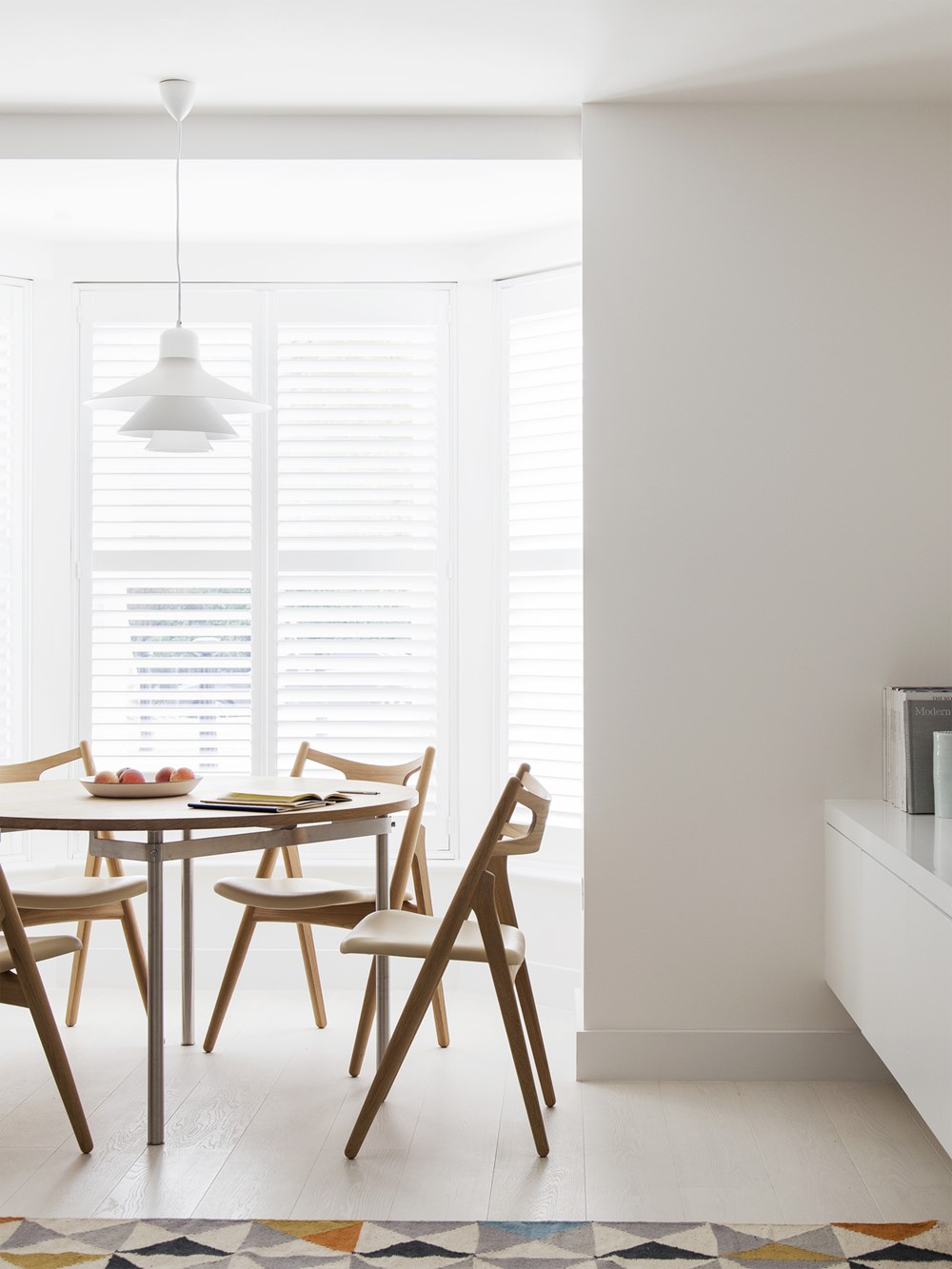 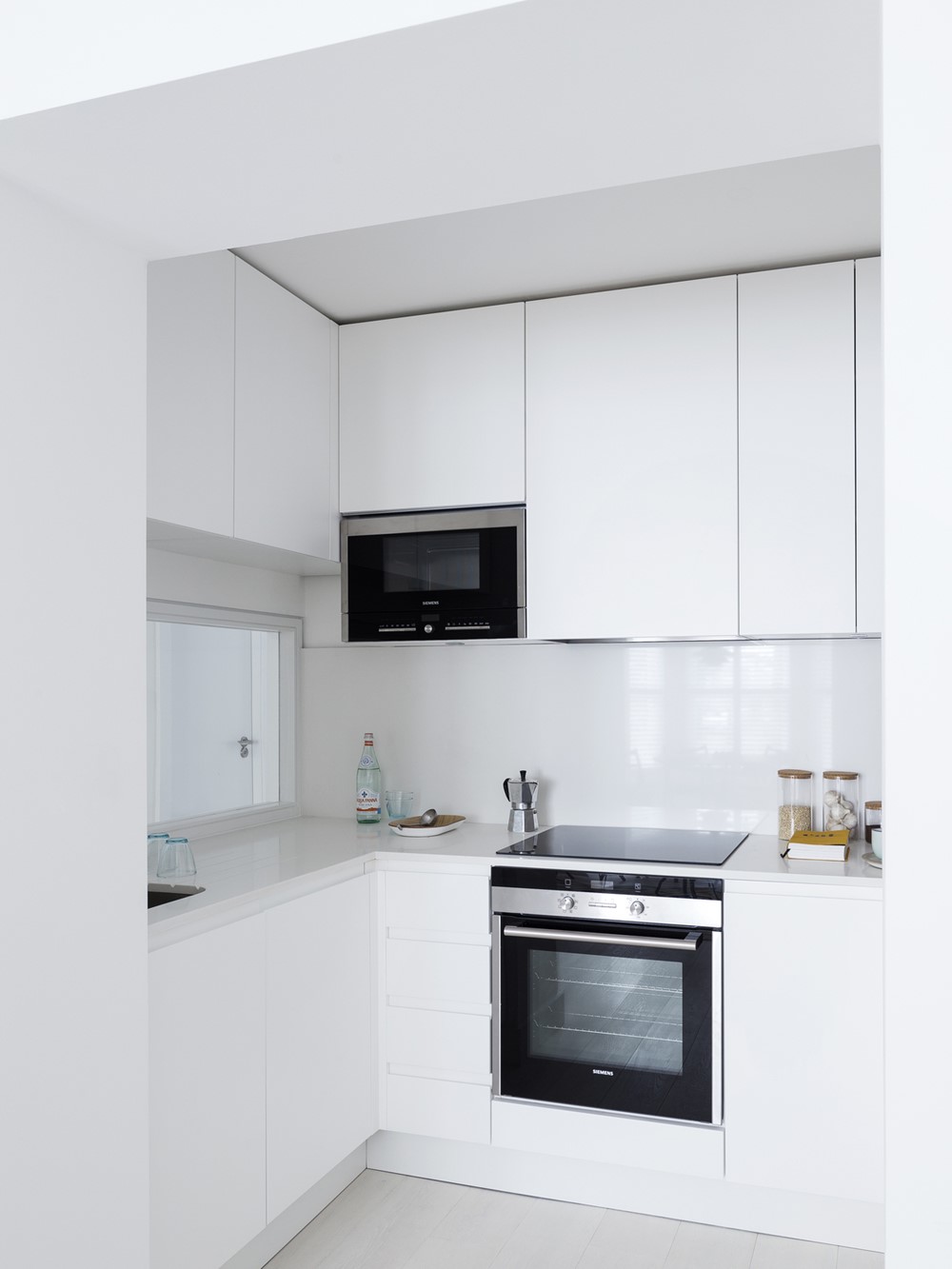 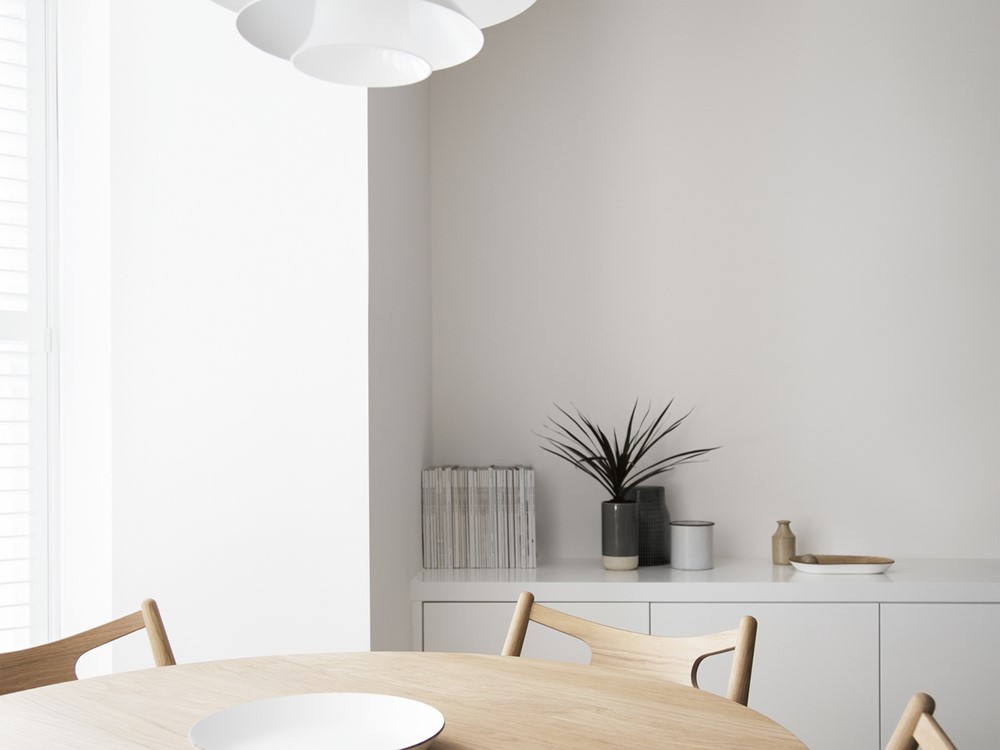 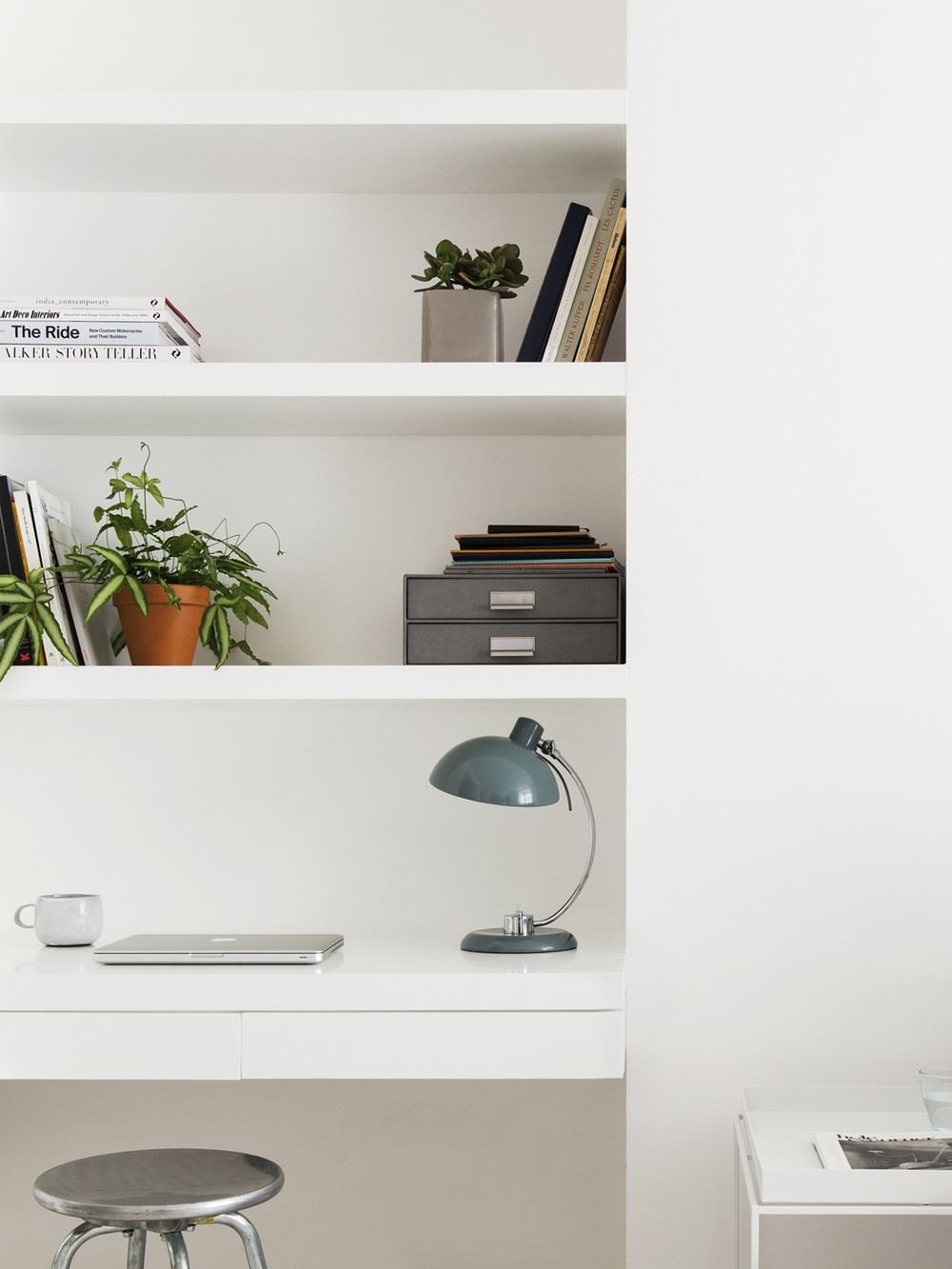 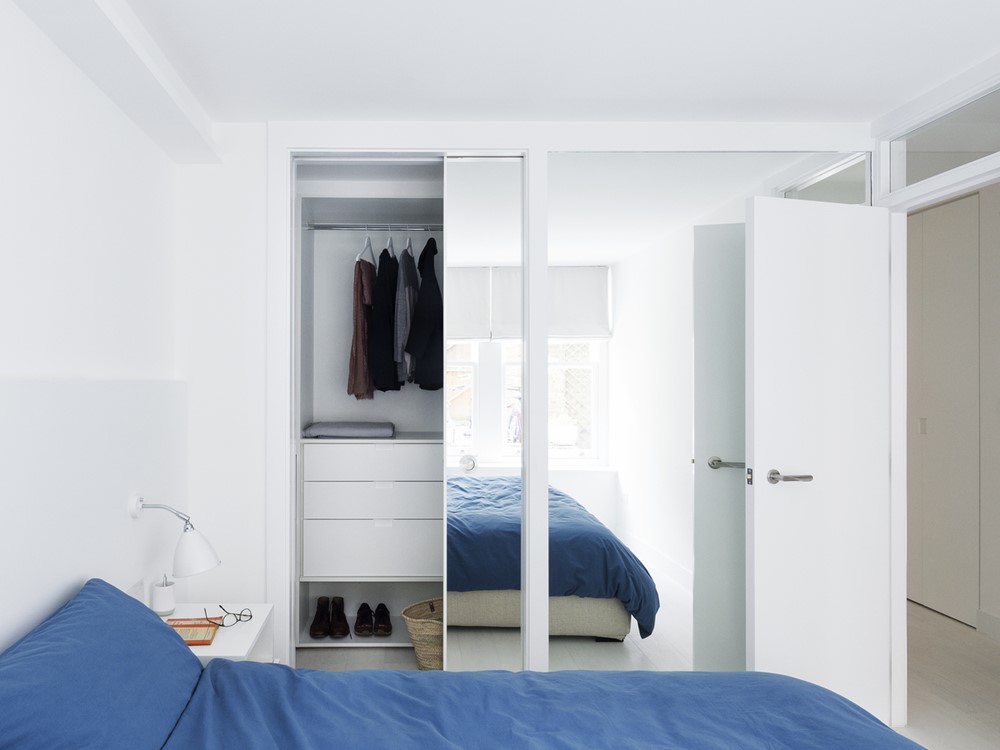 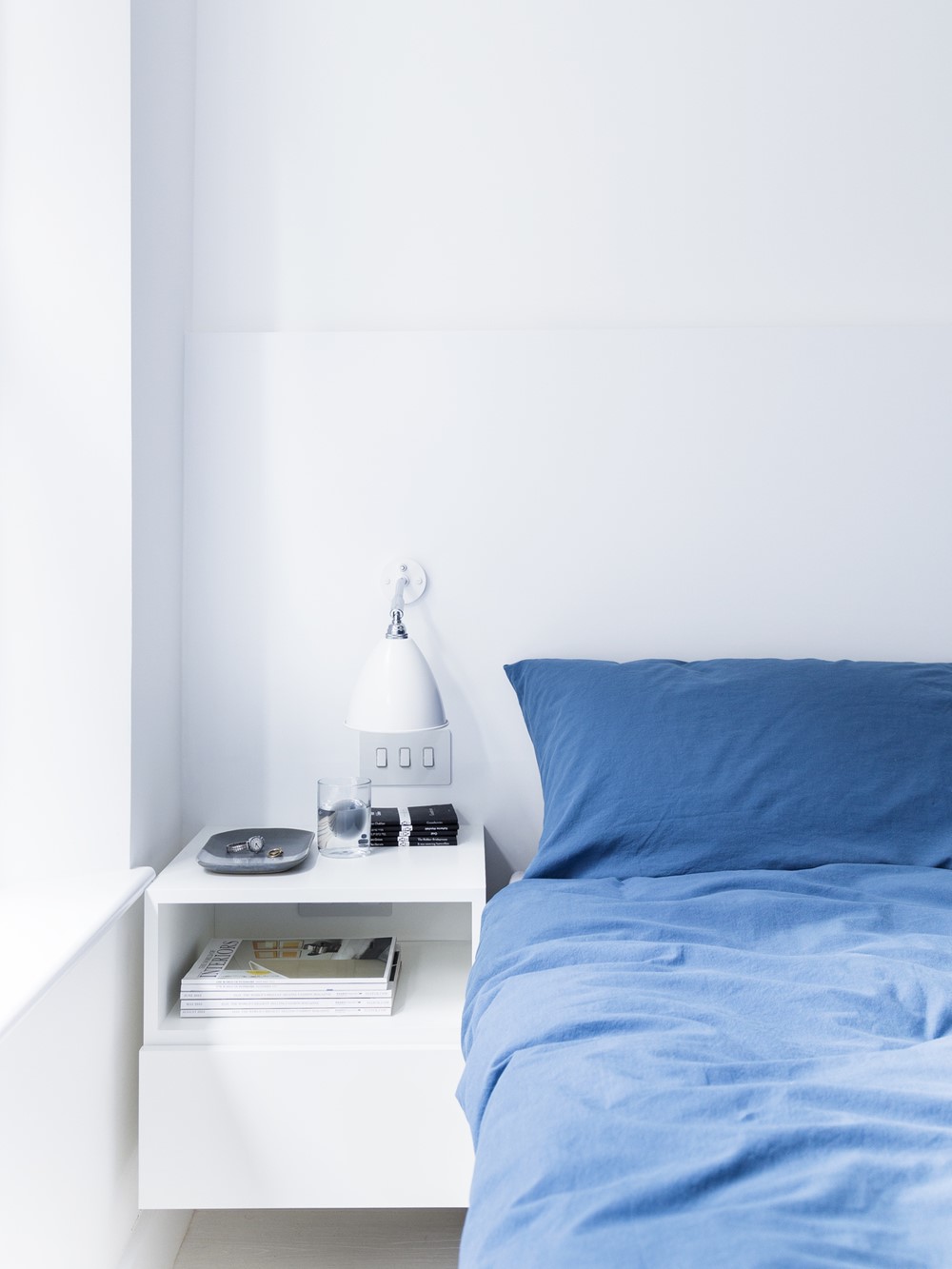 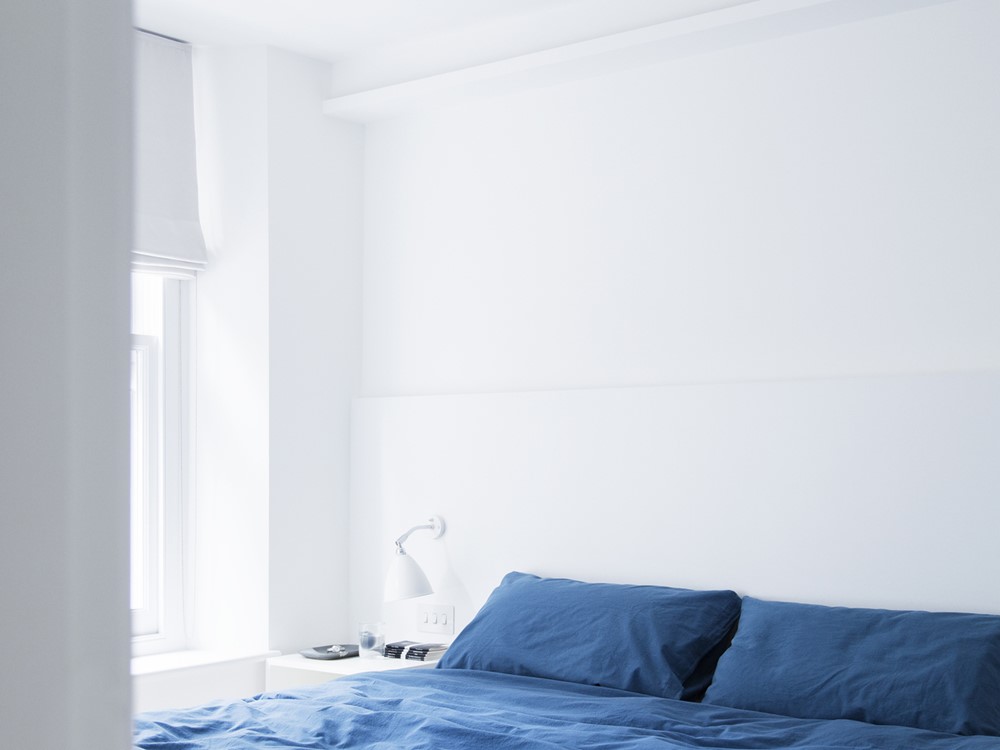 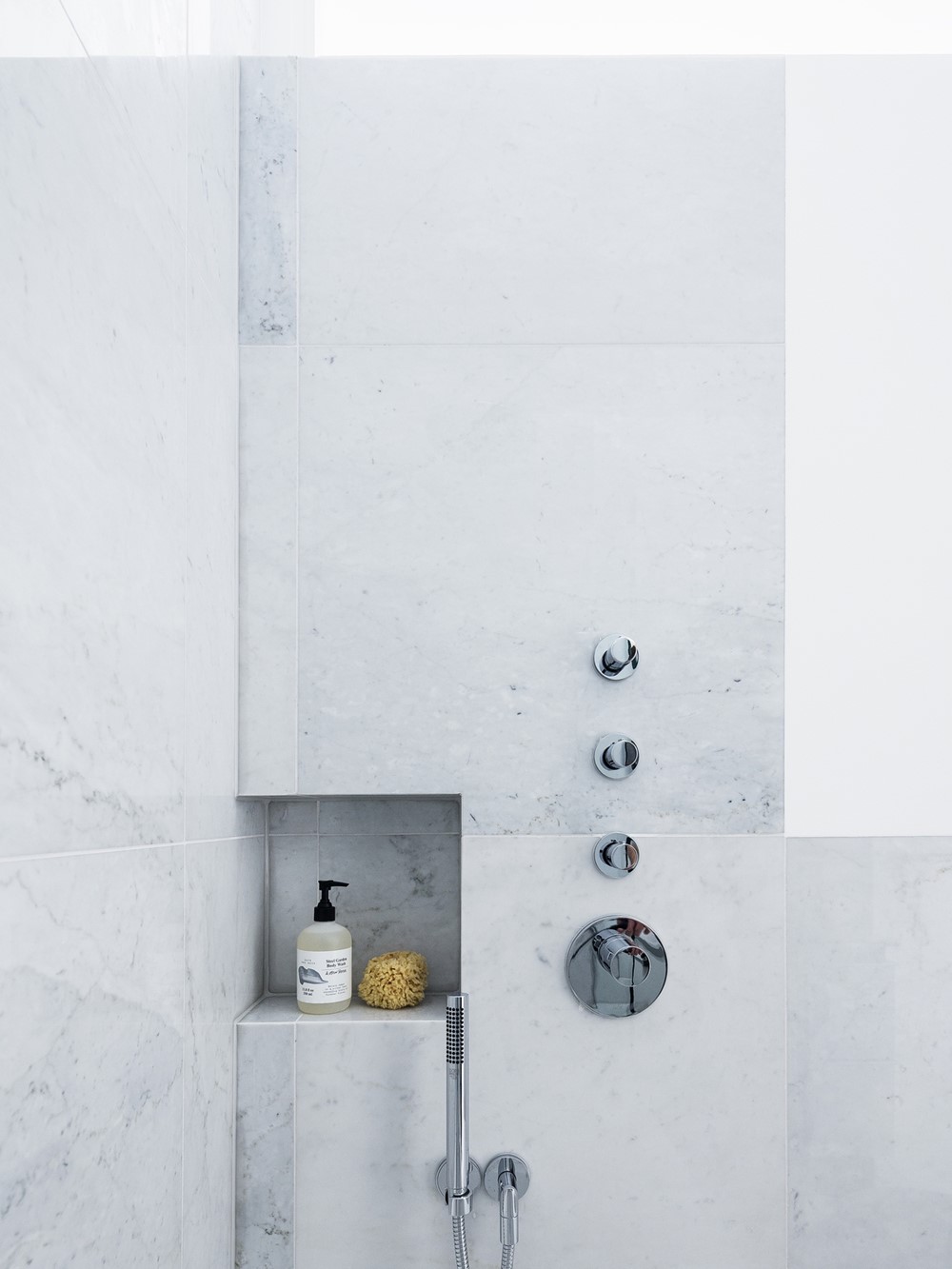 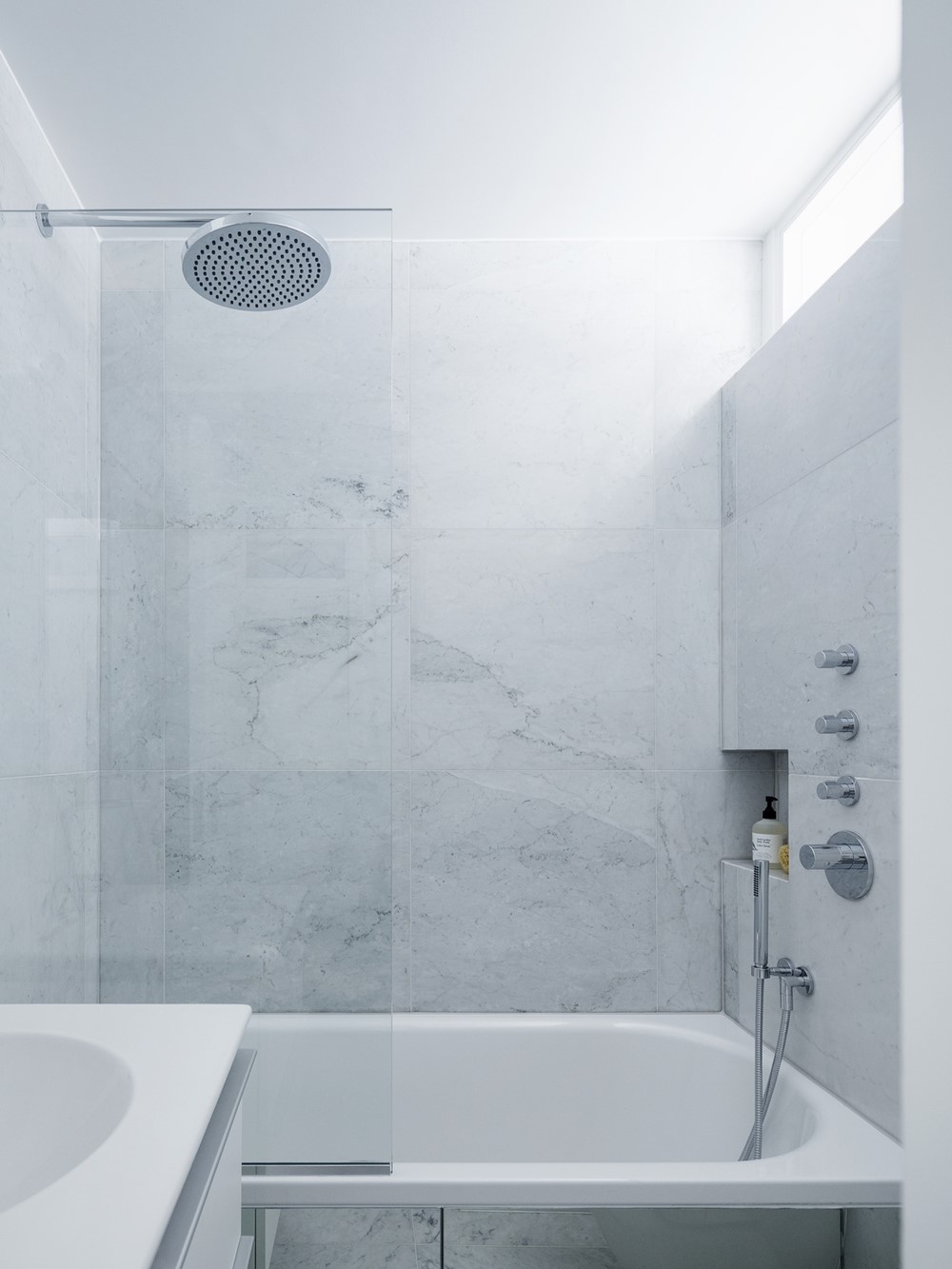 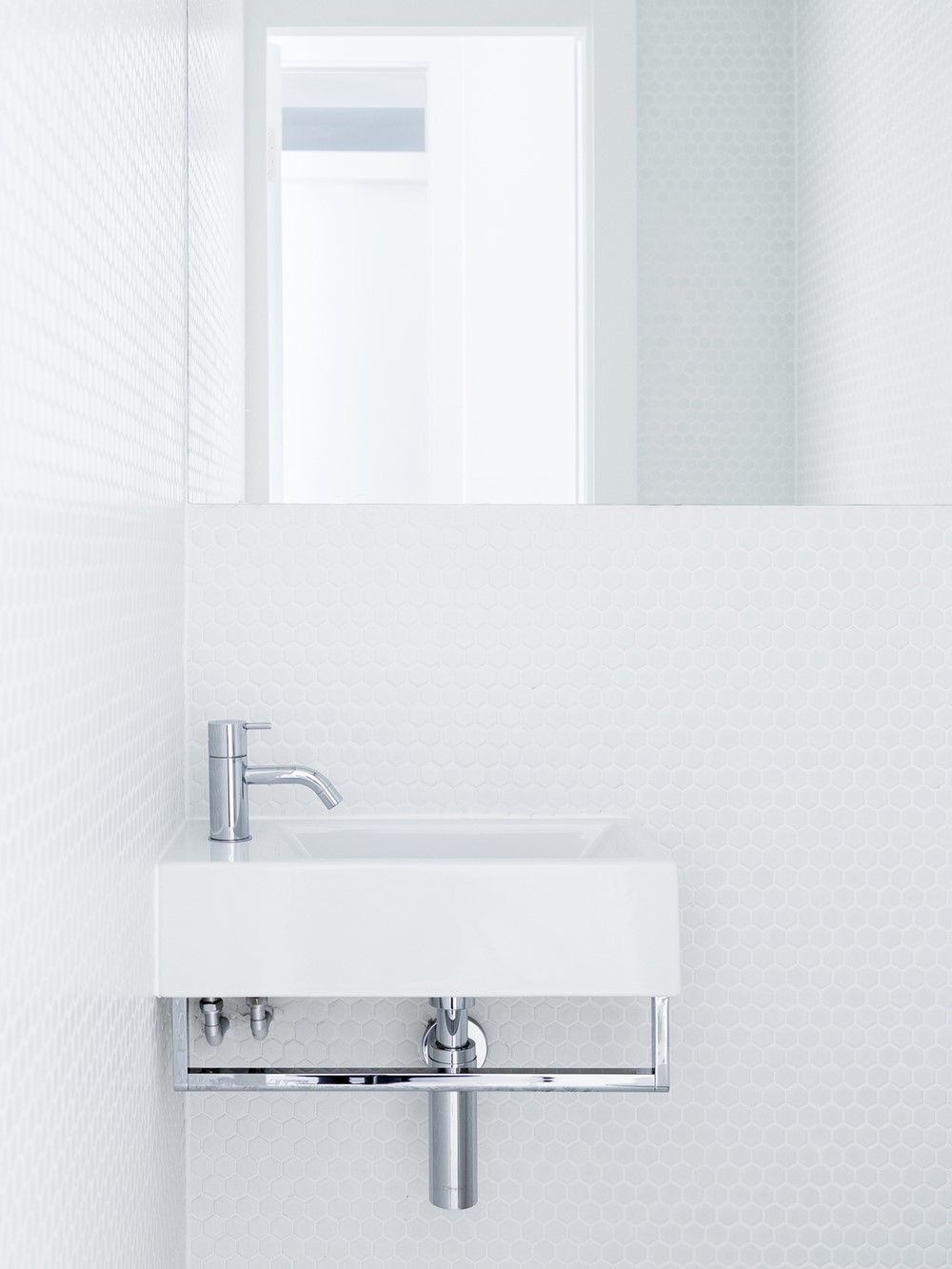 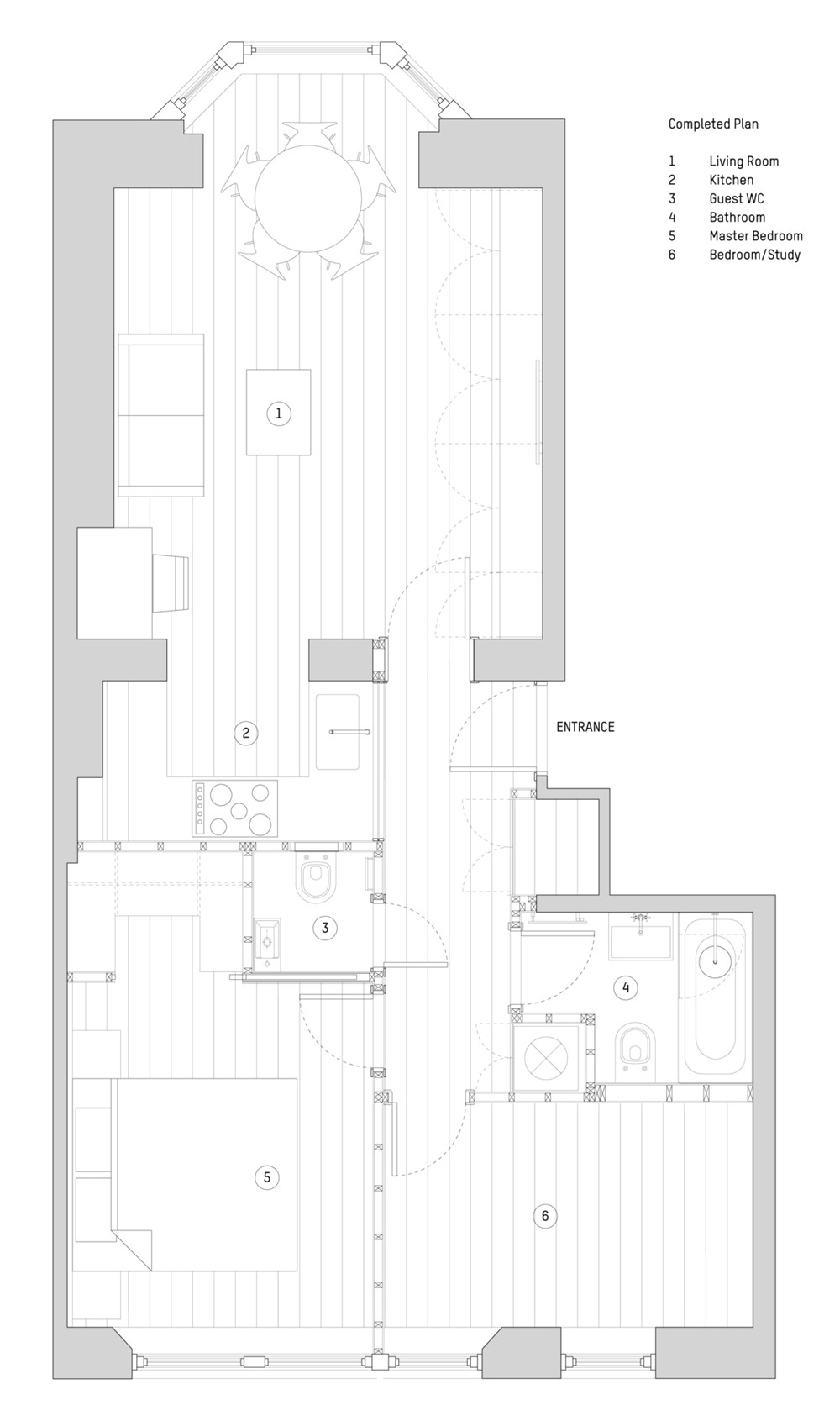 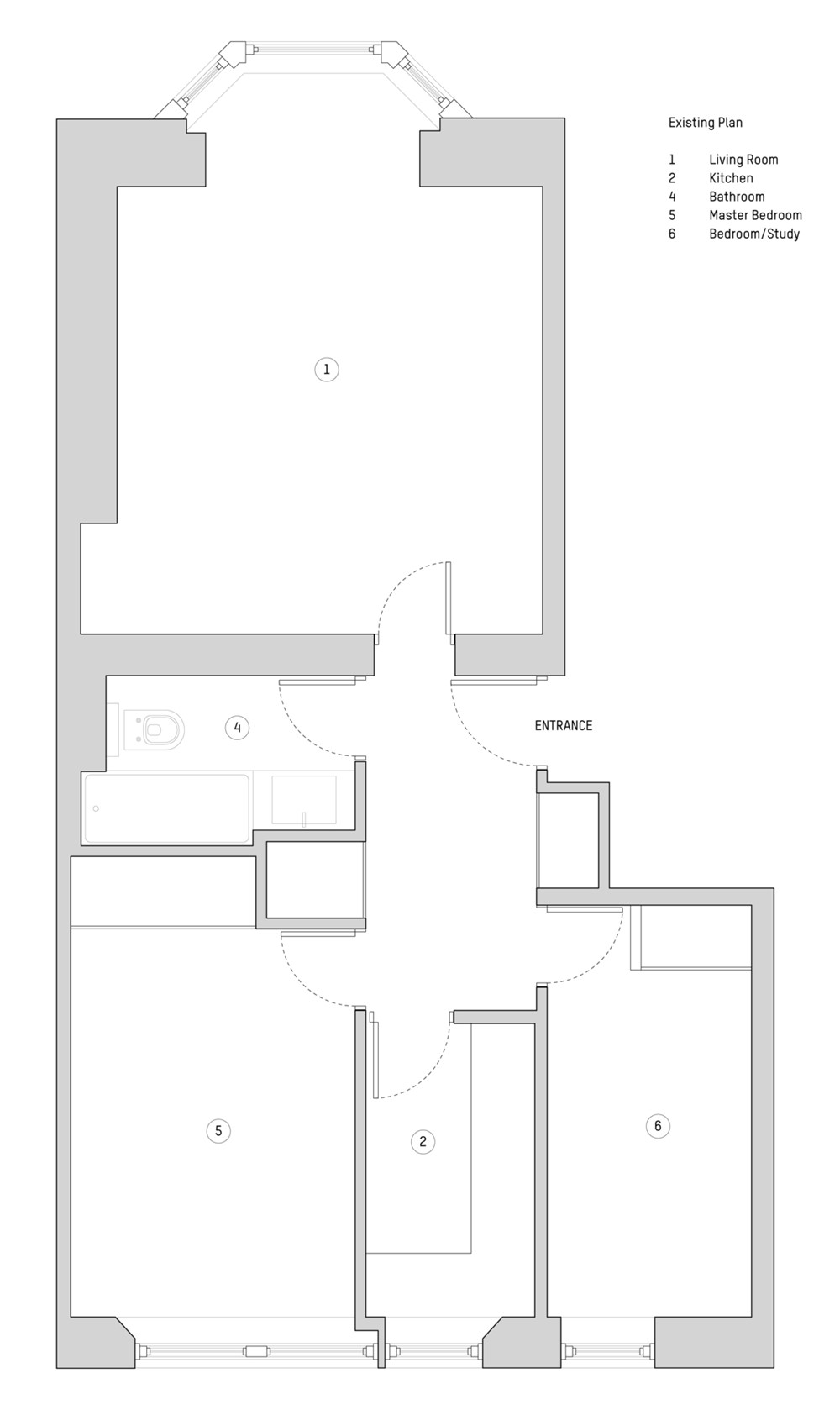 The building was originally an annexe to a boys’ orphanage in Regent’s Park Road; later, after a period when it housed one of the neighbourhood’s earliest motor-car workshops, it reverted to
charitable uses and became until 1950 a hostel for blind women cared for by the Salvation Army. In 1970 it was converted into self-contained apartments.

The clients wanted to maximise the space as much as possible and make their flat feel larger.

In order to achieve an open-plan living room and kitchen area, Amos Goldreich Architecture relocated the kitchen to where the bathroom was previously and punched an opening into the structural wall. What used to be the kitchen was merged with the former single bedroom, thus creating an improved layout with two external windows. This new arrangement allowed for the relocation of the bathroom and the addition of another guest WC, which was not possible before. The new bathroom is now adjacent to the single bedroom and has a slot window in the shared wall, allowing natural light to flow in.

Energy efficient lighting was installed, as well as new plumbing and underfloor heating throughout, to add aesthetic uniformity and reduce clutter. All windows were replaced with double-glazed, timber sash windows.

Amos Golreich Architecture also designed storage solutions and joinery items, including a floating sideboard in the living room, walk-in wardrobes, storage for utilities and doors with overhead windows to let light into the rooms.

The selection of materials was kept to a minimum so that the flat would feel ‘streamlined’ and not too busy. This restriction was echoed in the choice of colour palette to enhance the space in terms of size and fluidity. White-washed oak flooring was laid throughout, except in the bathroom and WC. The bathroom was tiled in white marble, while the guest WC is fully tiled in white hexagonal mosaic. All the walls and joinery are painted white. Layers of colour were added through the choice of loose furniture.

Finding clever solutions for storage, while not sacrificing spaciousness, was important. This is particularly evident in the kitchen layout which, although compactl, still manages to house all the standard appliances and storage functionalities.

Two structural changes completely transformed the space: the first was the relocation of the kitchen, making it open plan and part of the living room; the other, the removal of one wall and consequential addition of a window to the single bedroom.