Vodka Palace is a project designed by MARCUS BROWNE architect. Hidden in an affluent coastal suburb is ‘Vodka Palace’ a luxurious concrete cave, tempered with natural timber finishes and primed for premium culinary, audio and visual pleasure. It is the result of a very strong collaborative process between client, architect, builder, sub-consultants, sub-contractors and suppliers. Photography by Dion Robeson. 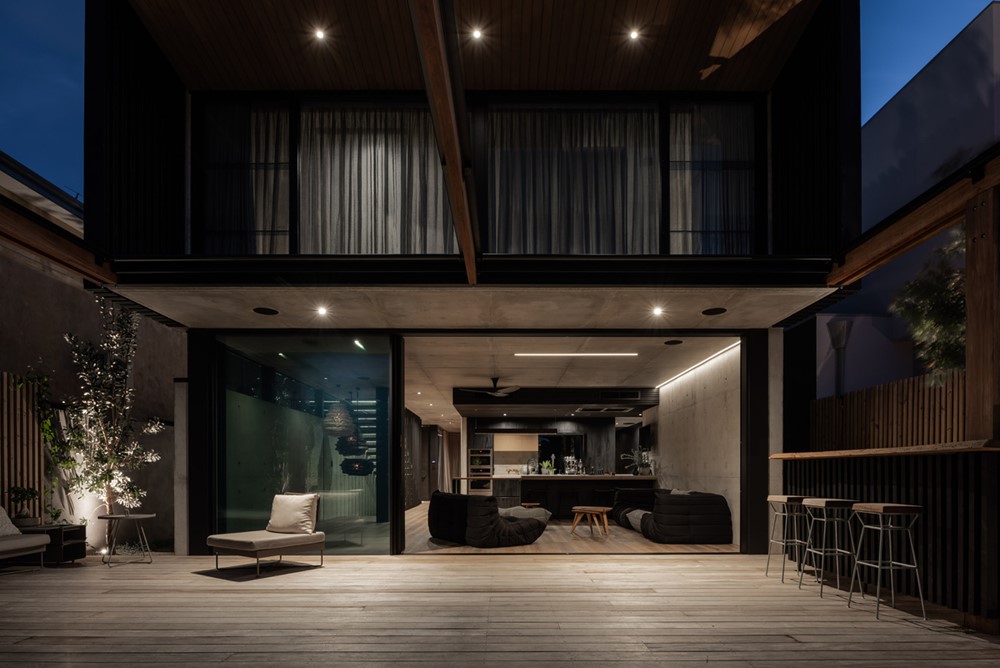 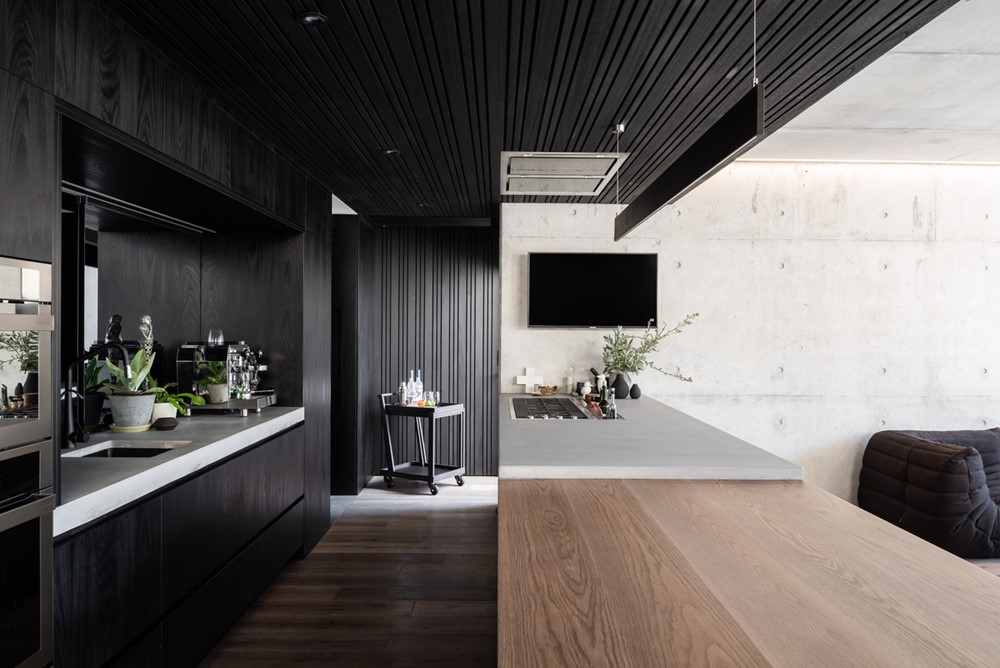 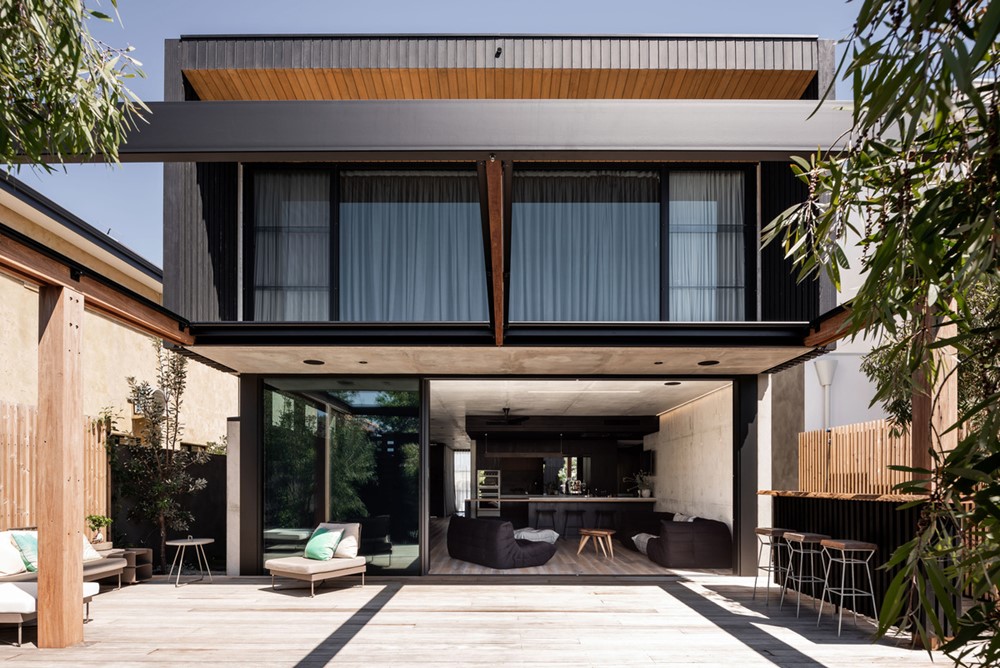 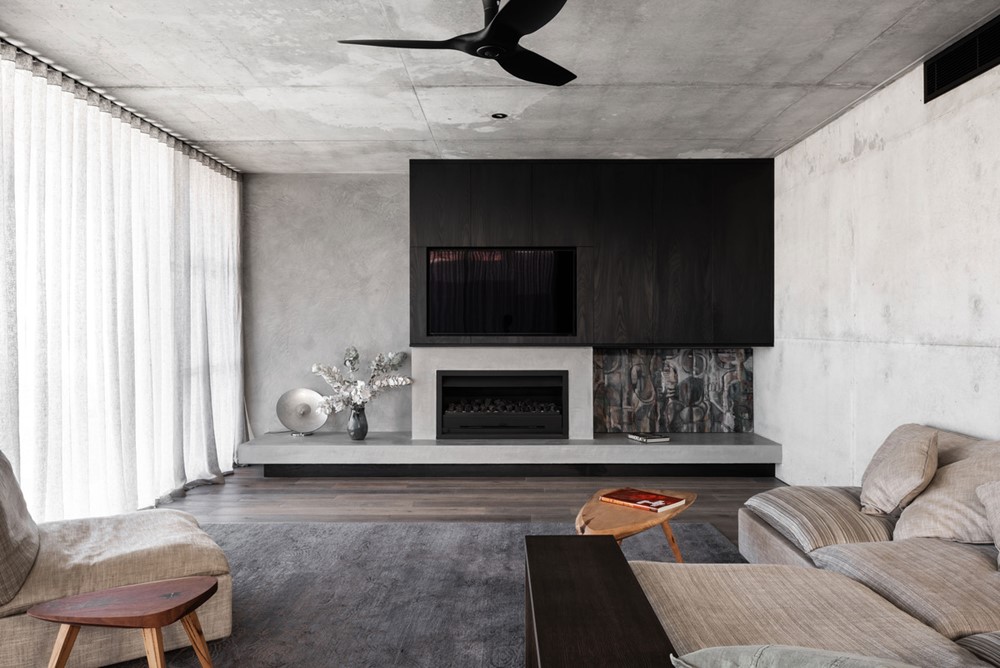 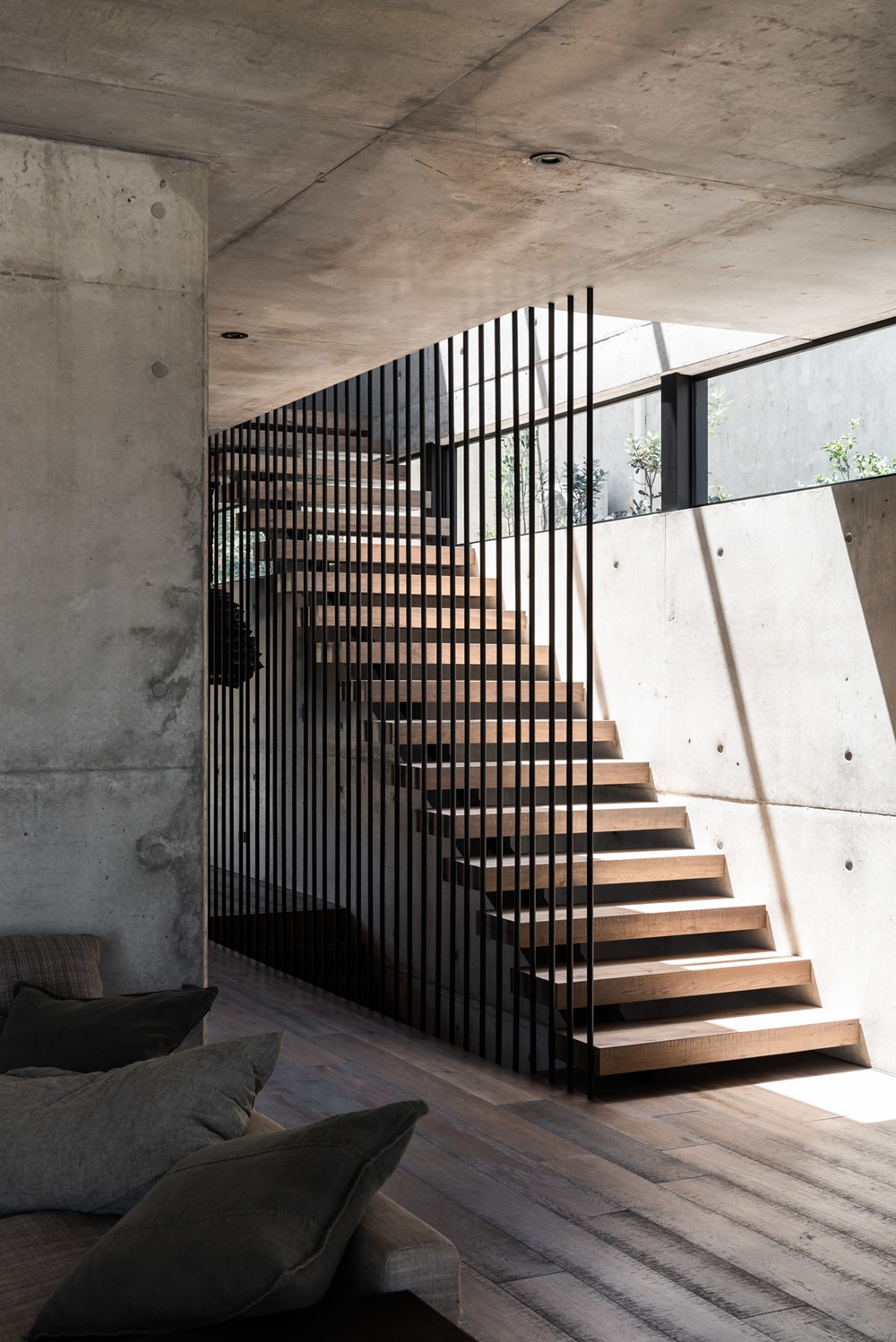 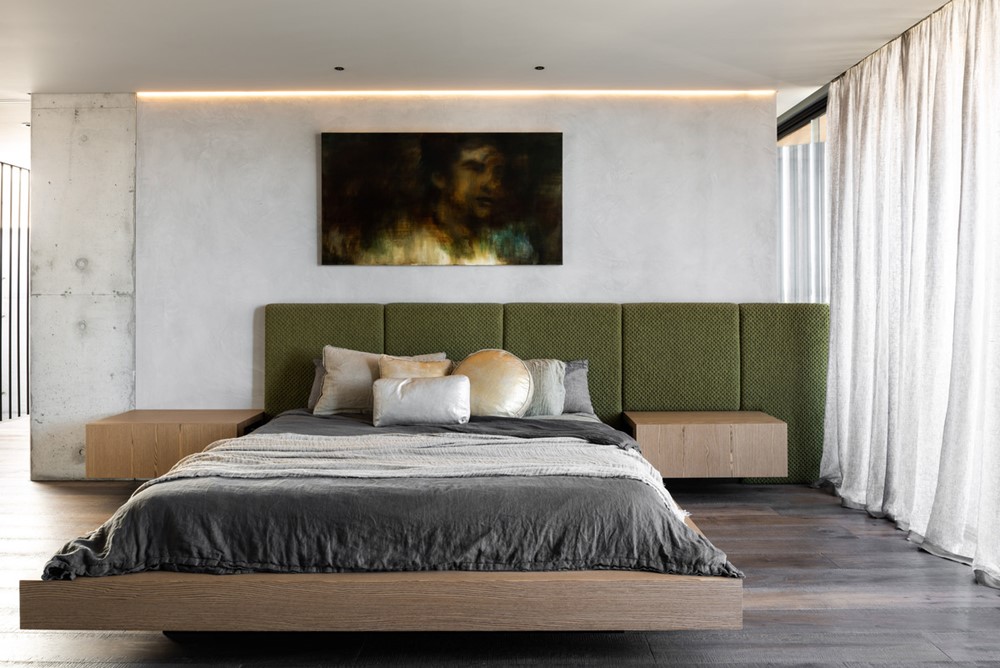 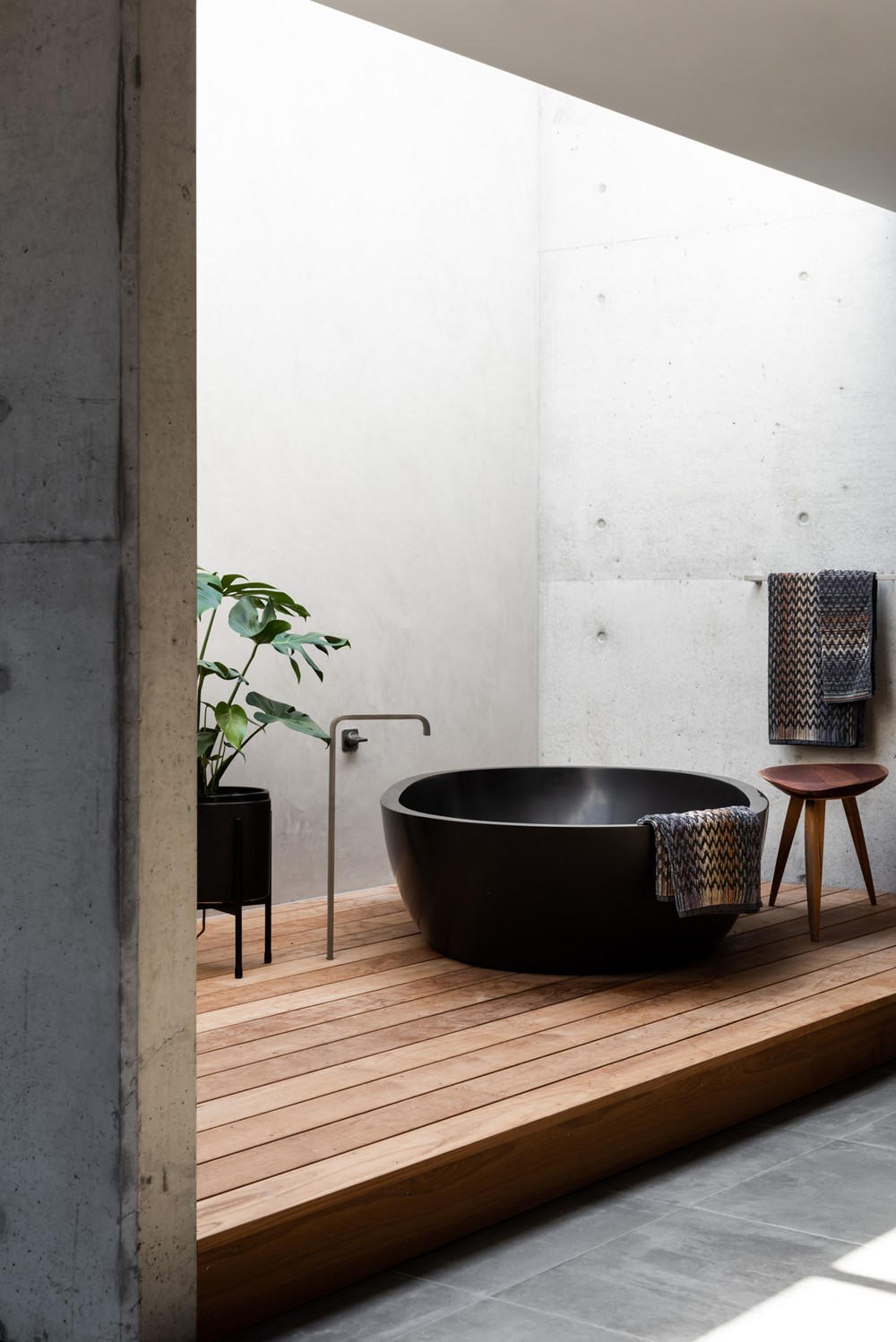 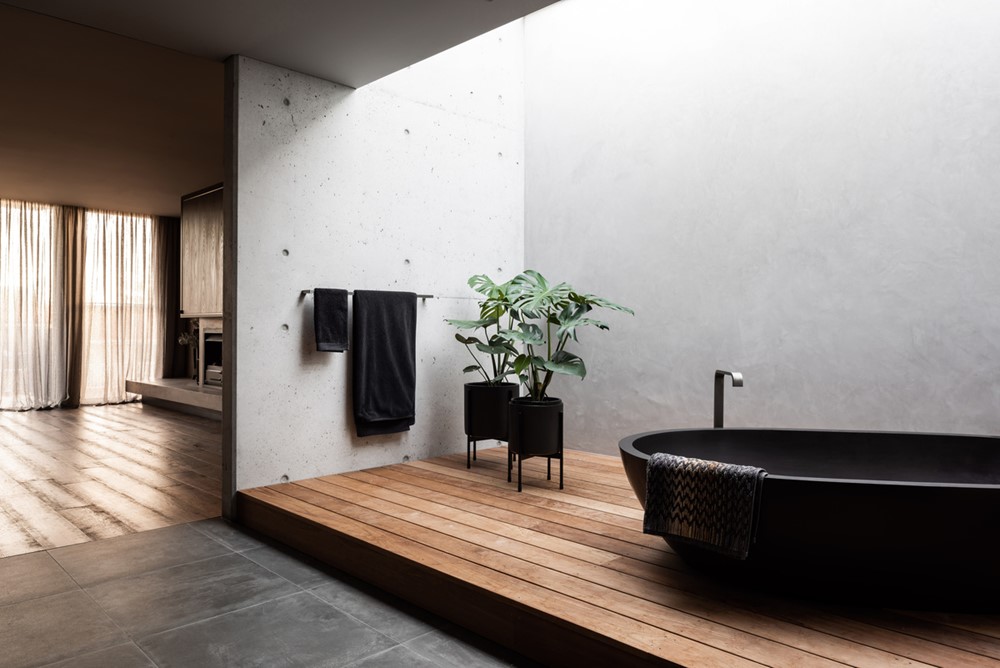 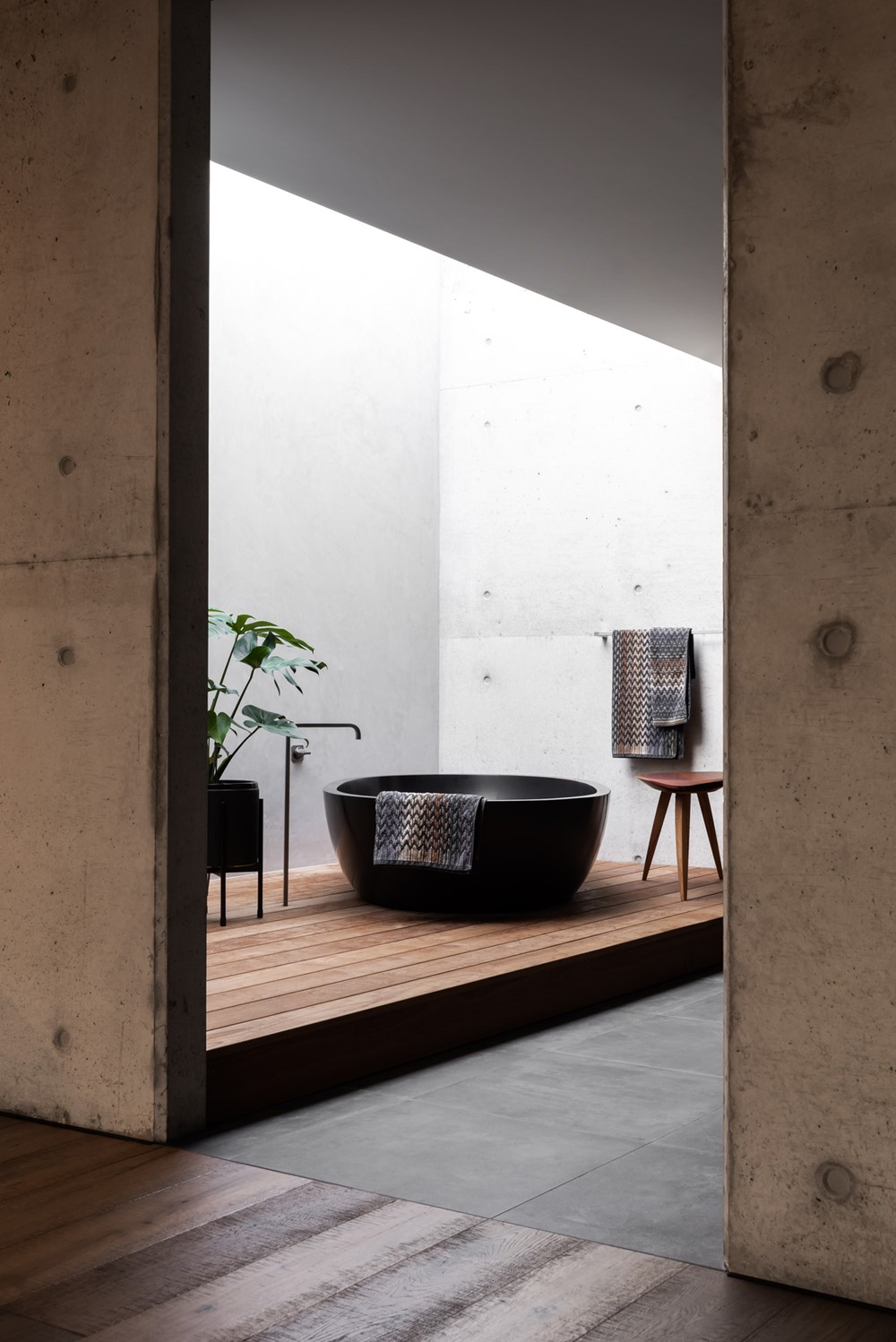 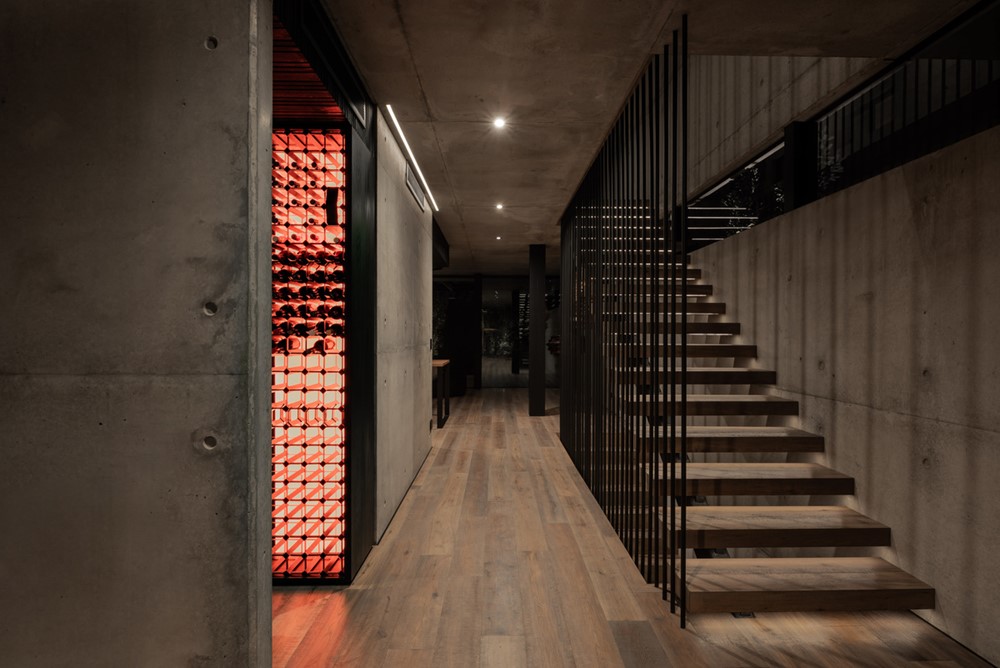 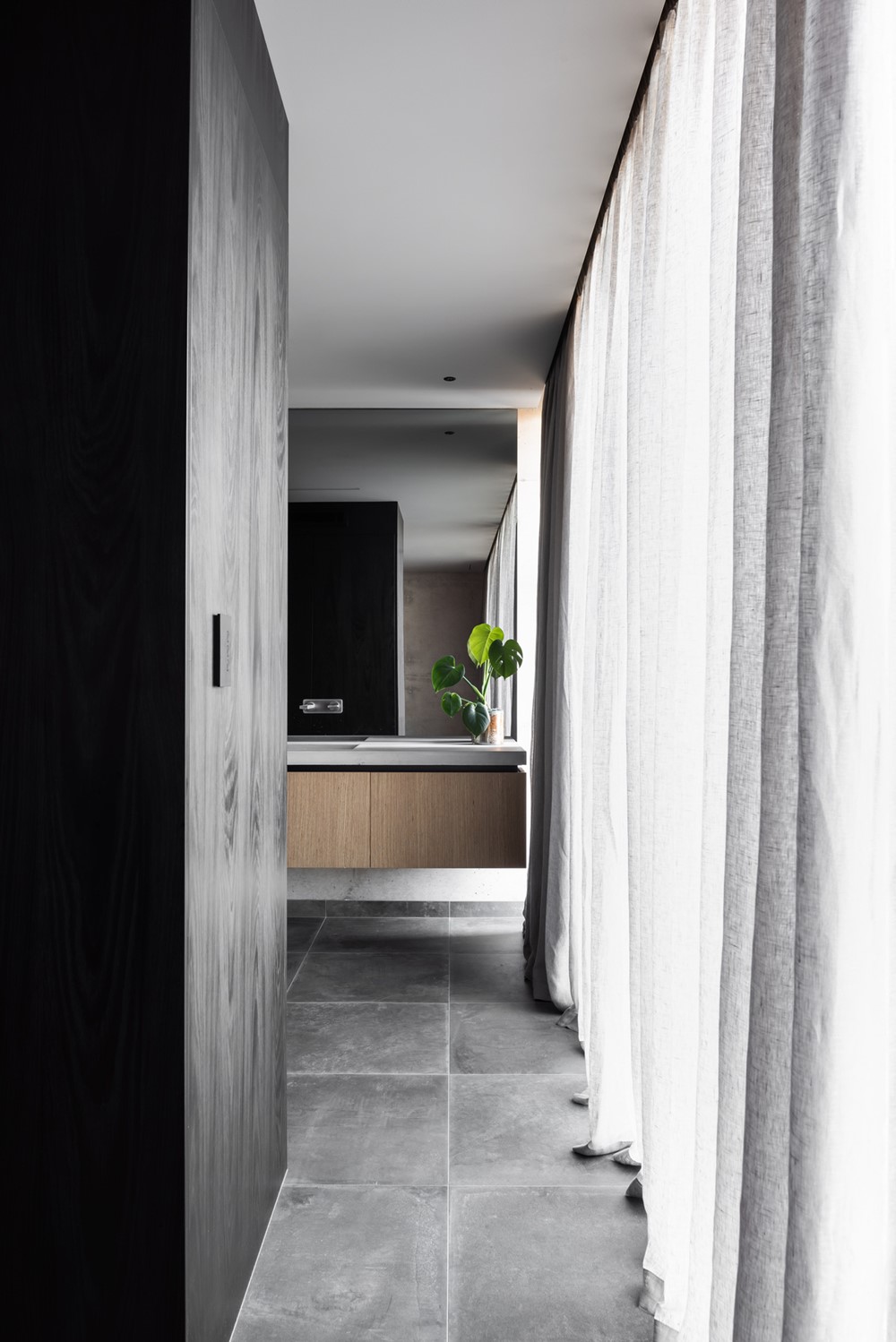 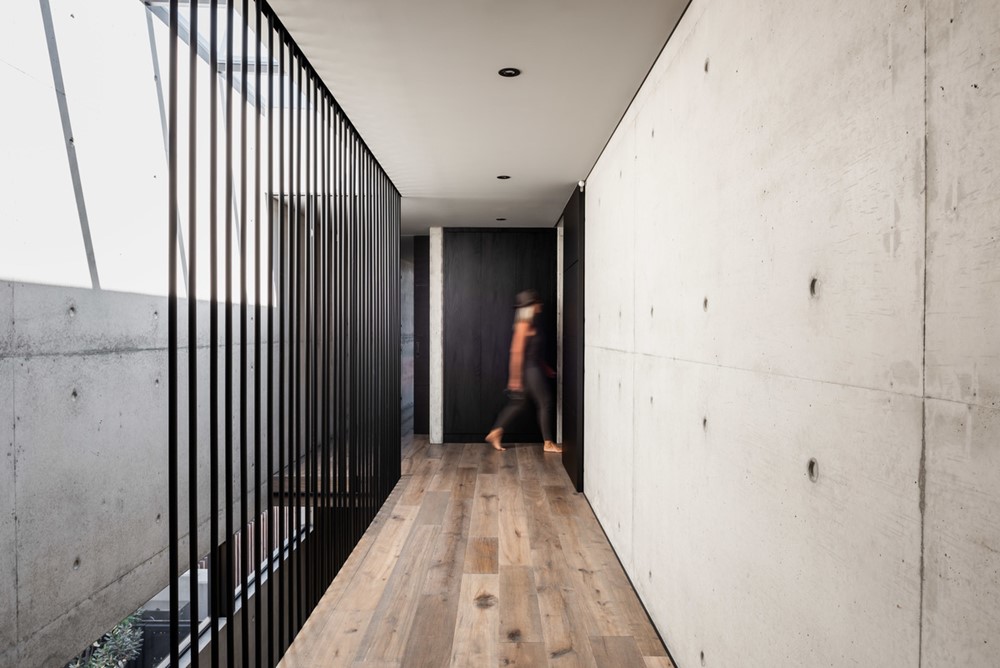 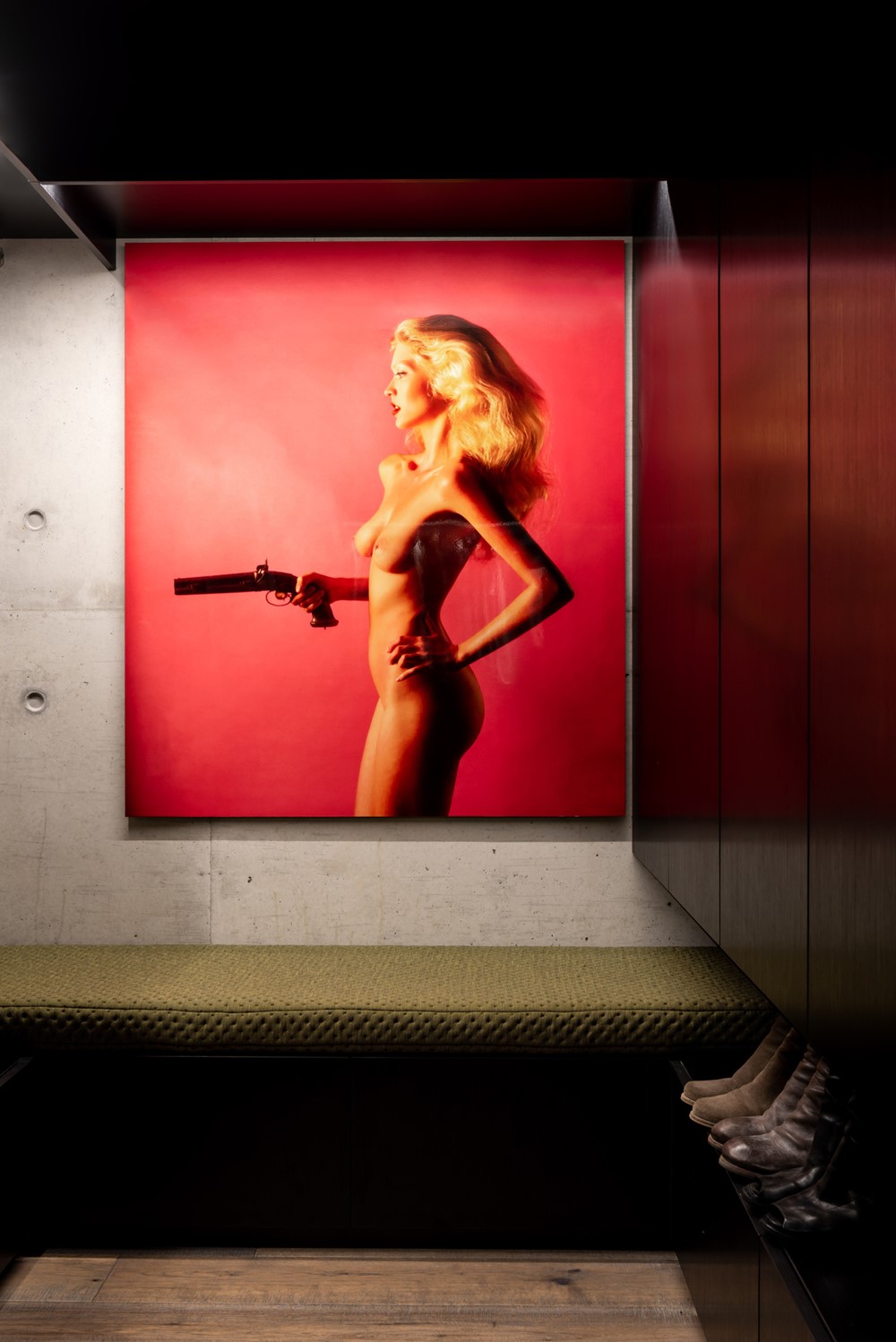 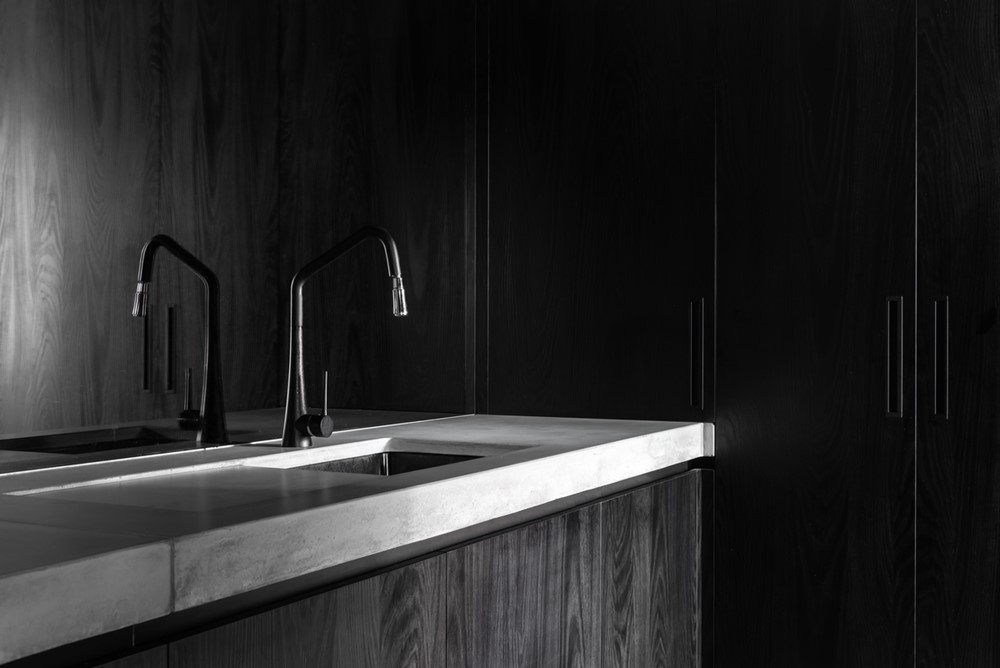 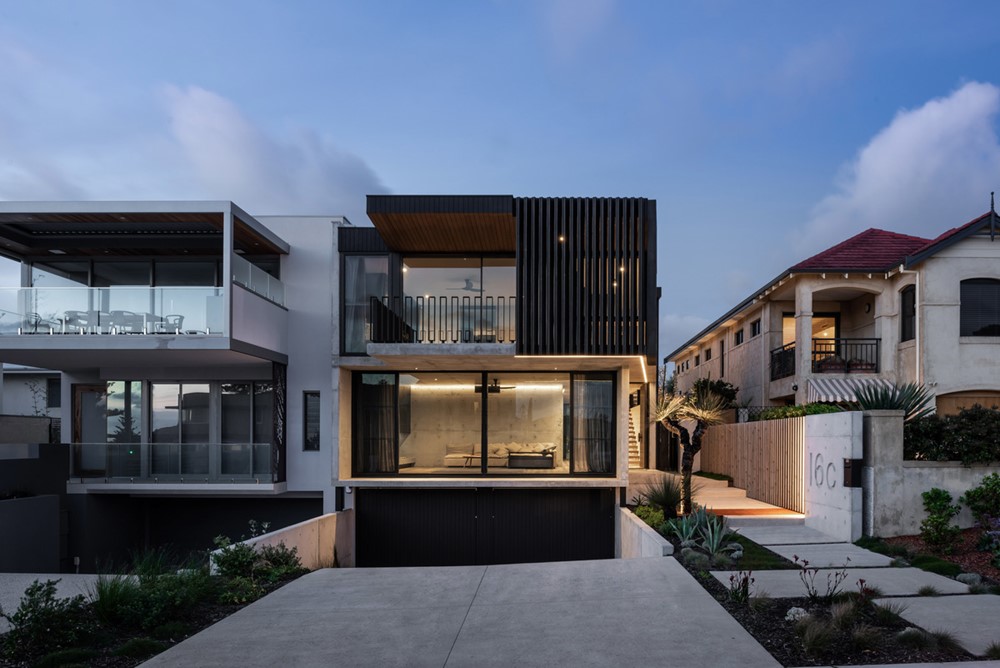 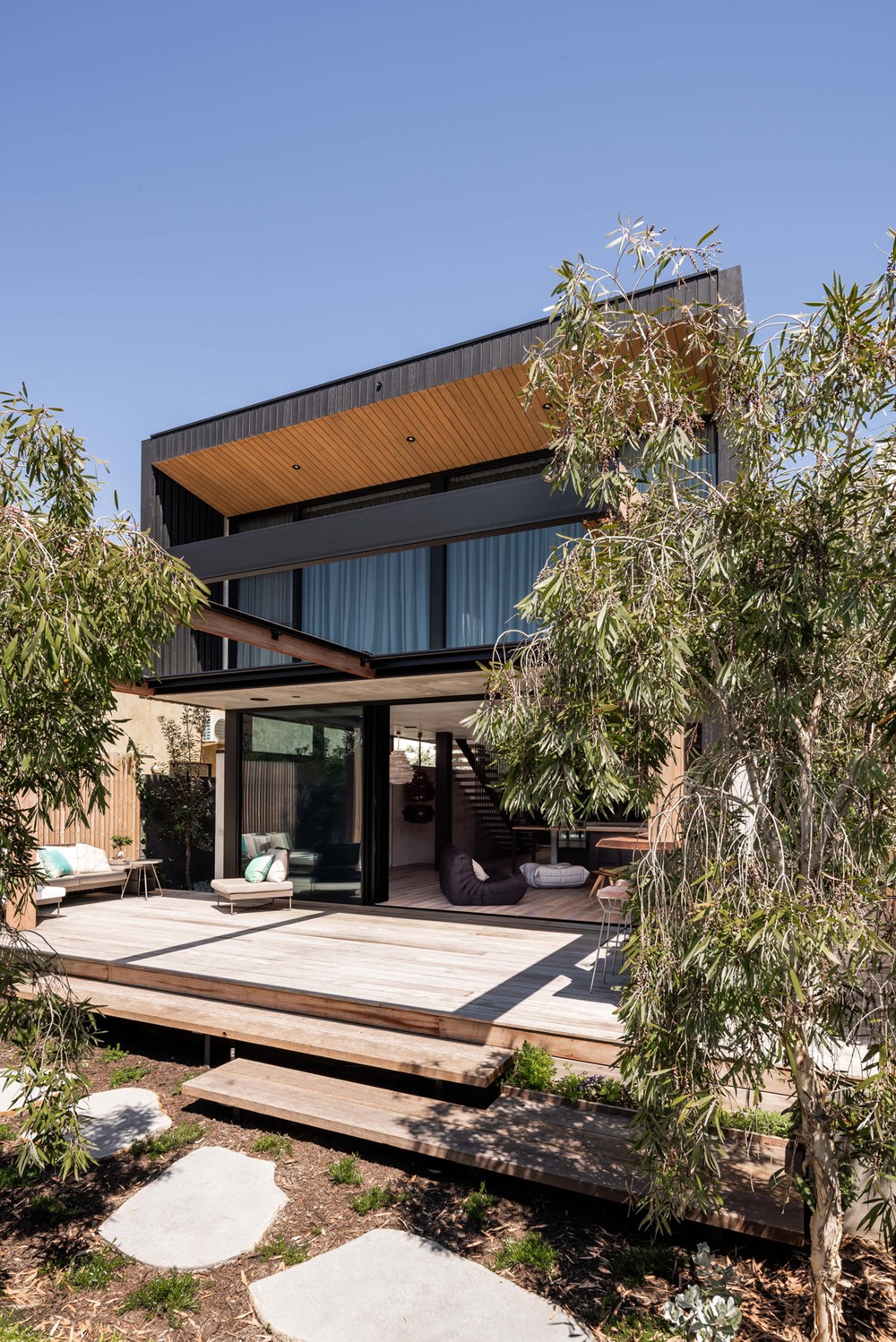 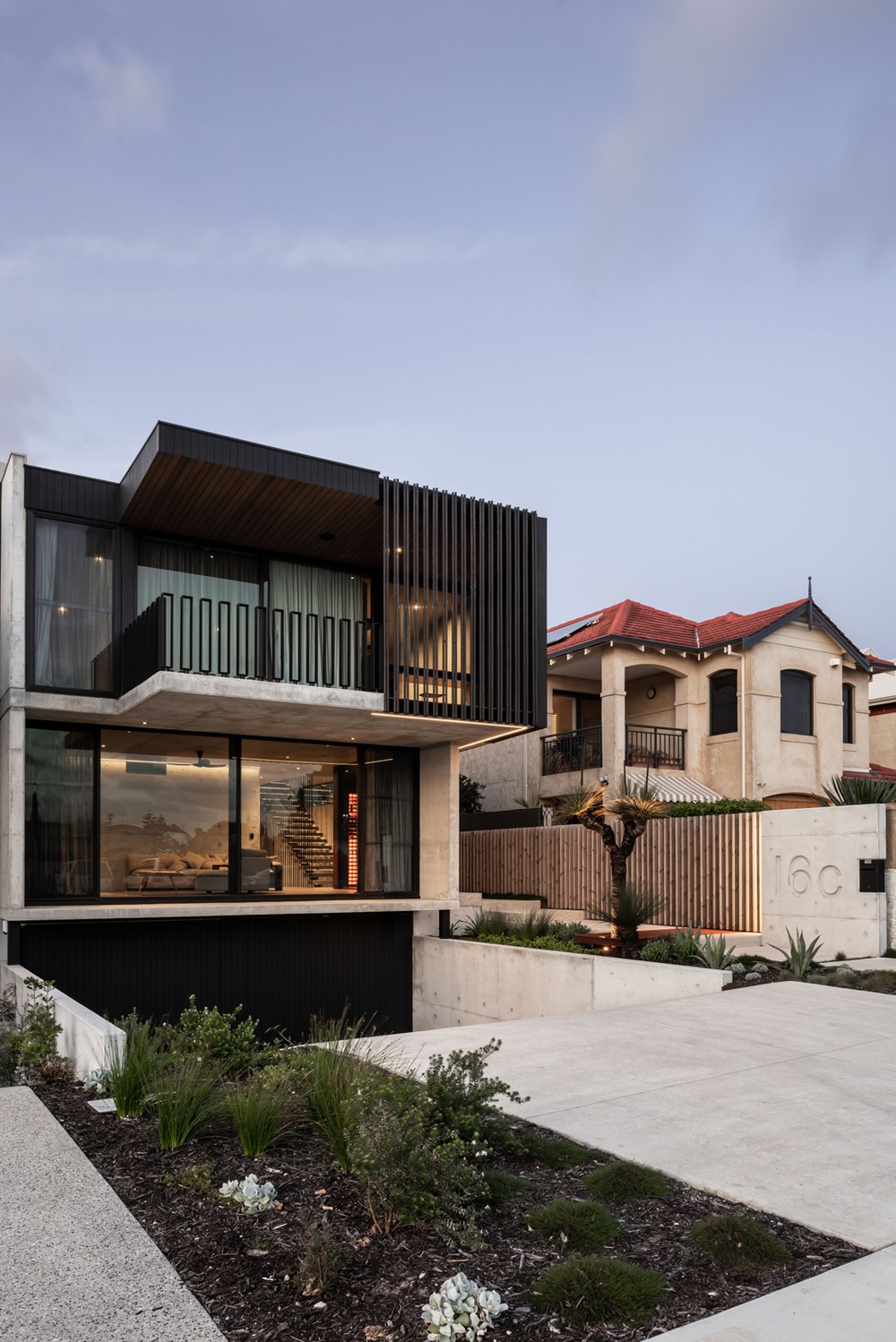 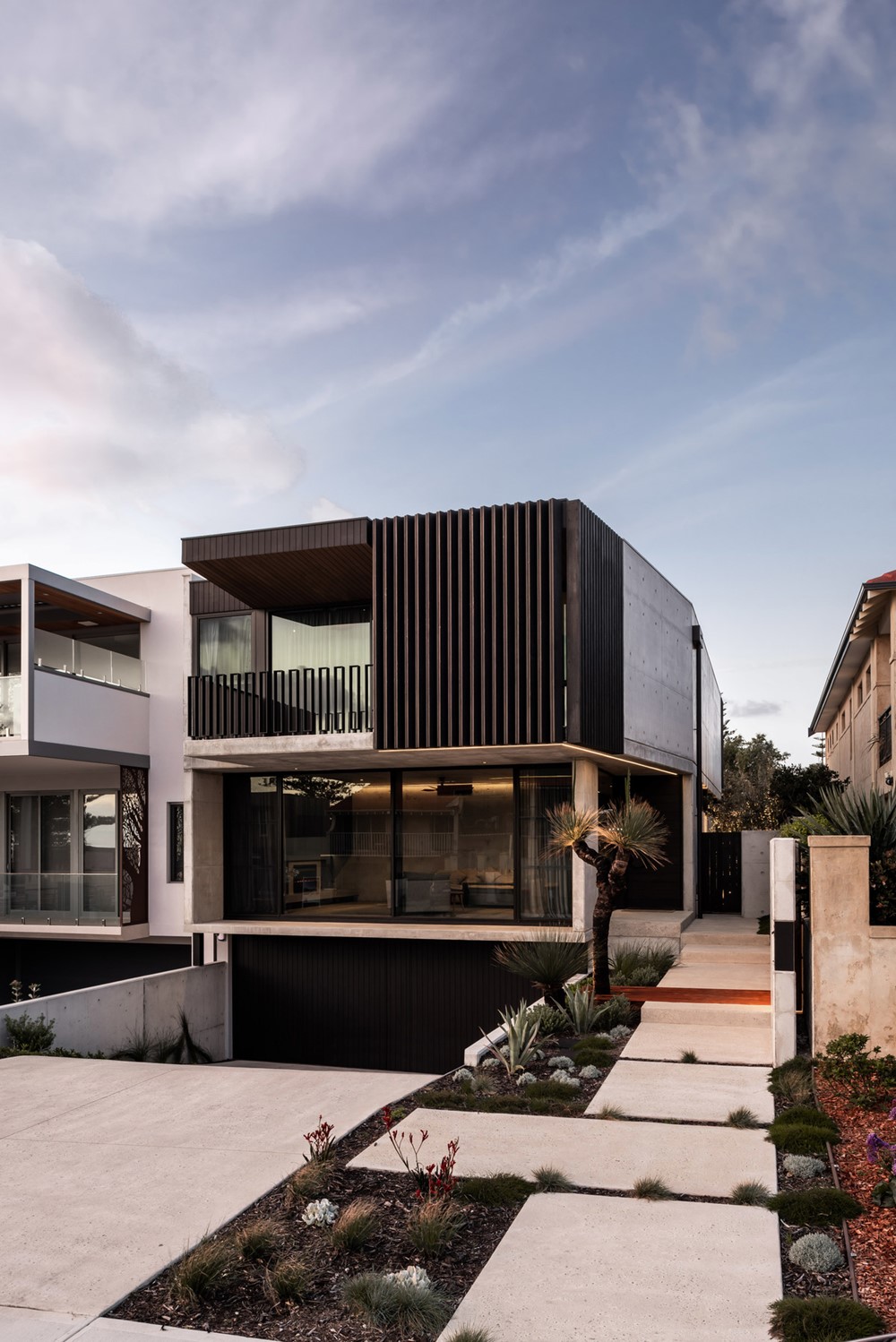 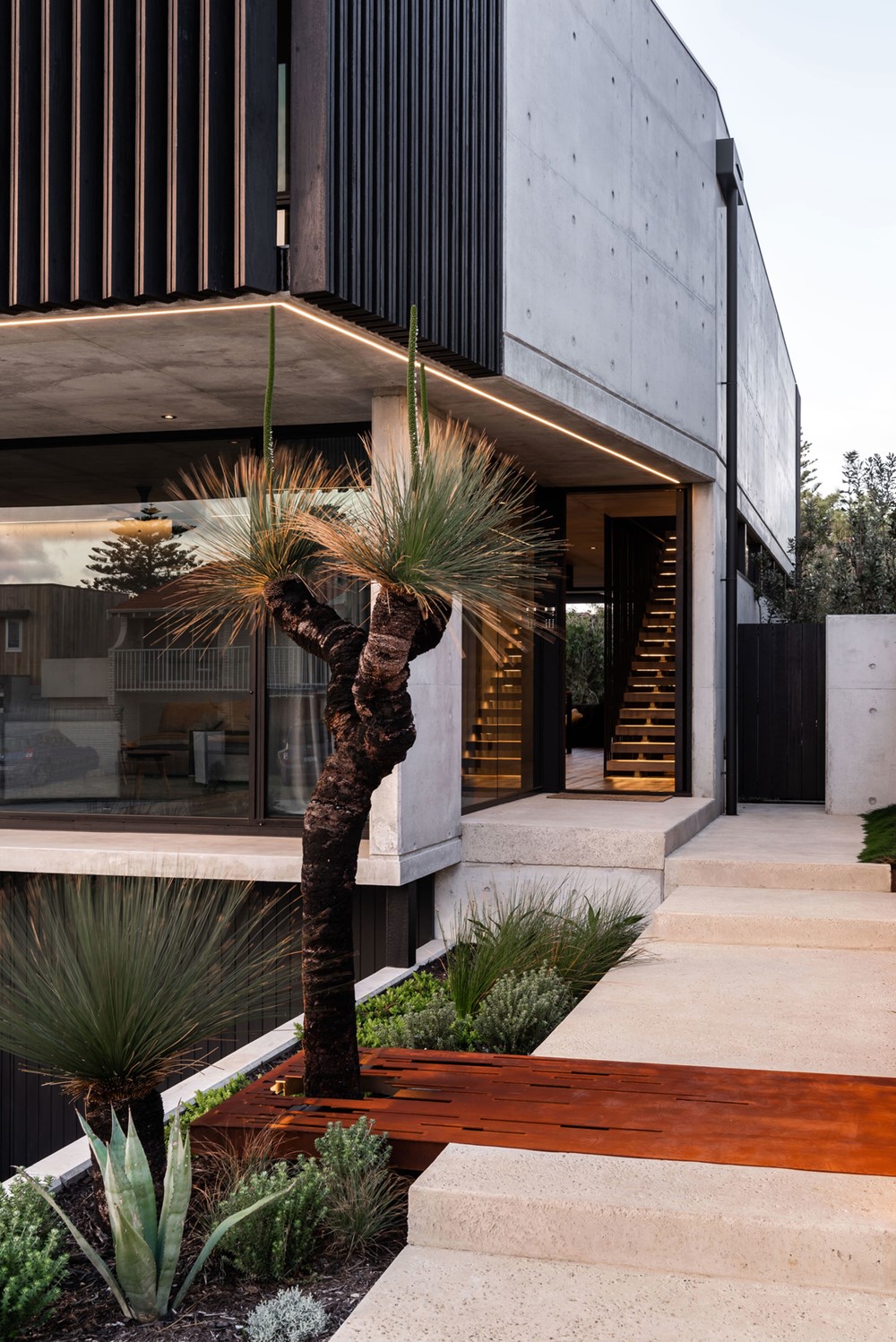 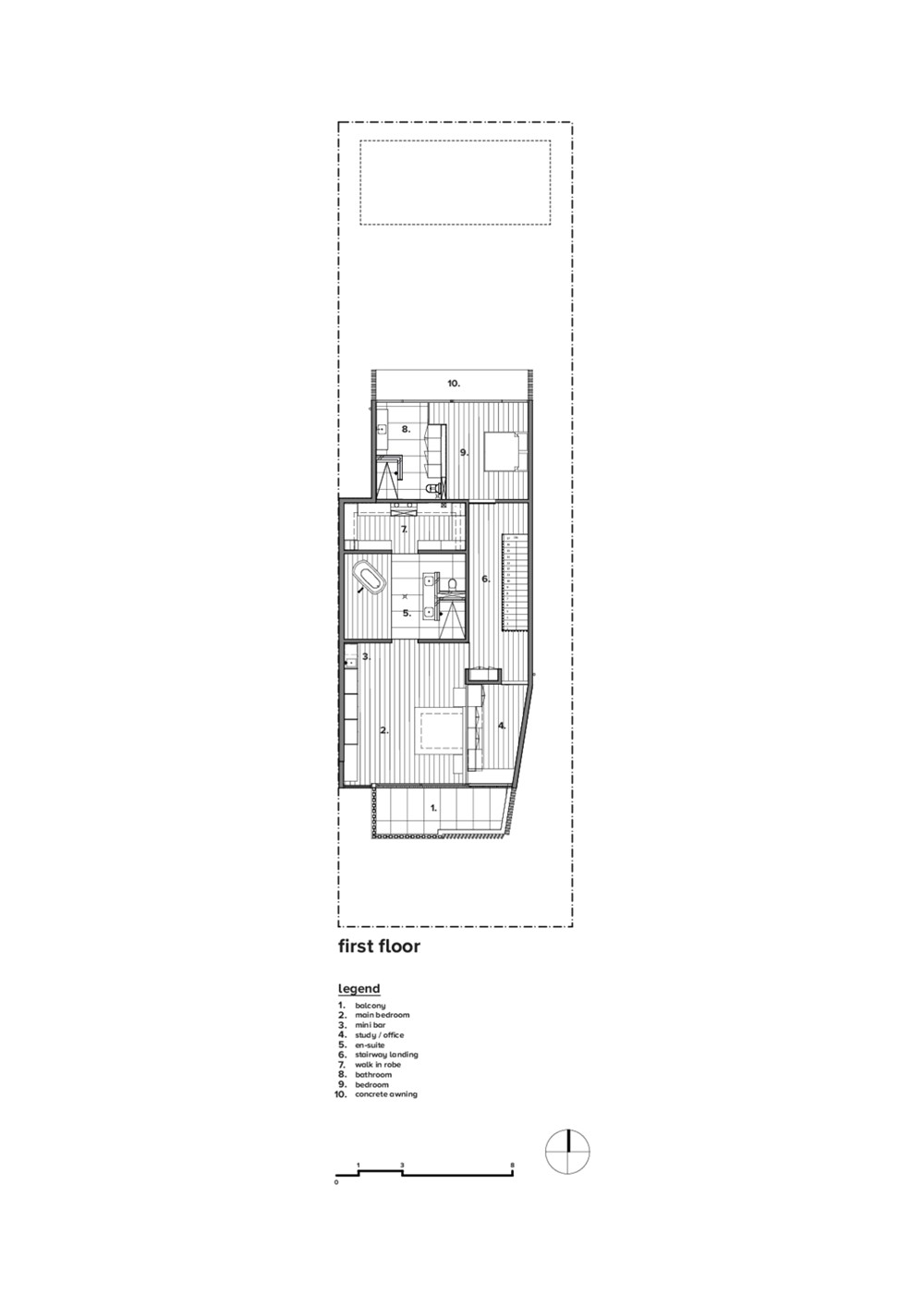 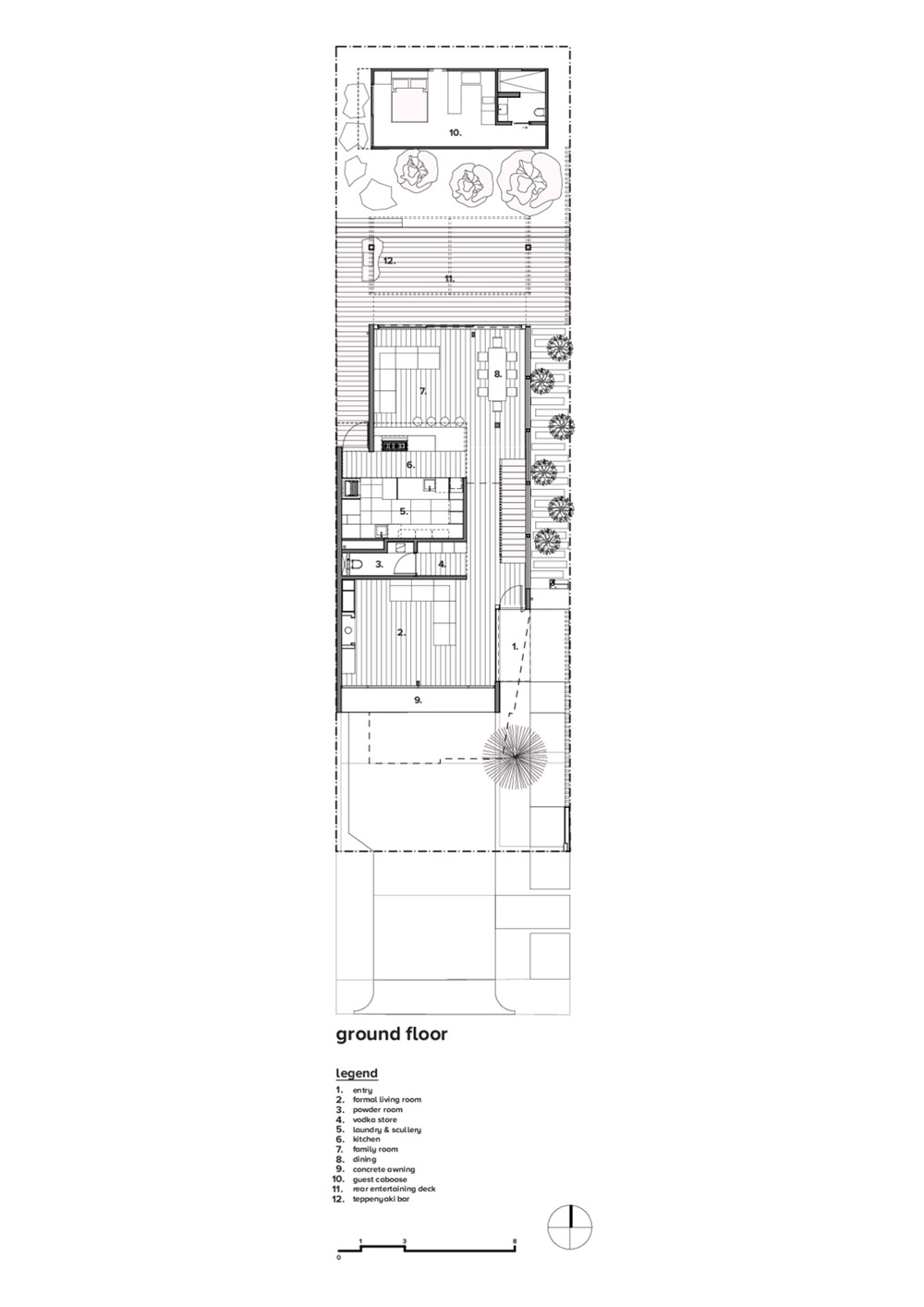 The architect was the Producer, the builder was the Director, the client wrote the script, and the sub-consultants, sub-contractors and suppliers were the invaluable technicians and artisans that pulled the vision from the ether into a 3D reality. The spirit of this project was one of its greatest joys, all worked together harmoniously to manufacturer a resolution and it is this fact in which I take the most pride. Enduring relationships have been forged and I see the end result as not my own but the combined efforts and inspiration of everyone involved.

The coolness of off-form concrete warmed by timber finishes and a neutral colour palette creates a moody mix that evokes a serene, ethereal almost Zen-like experience. The owner has noted, “My home feels like a secure and loving, masculine embrace.” (client) Augmenting this is the use of the ancient Japanese technique of charring timber known as ‘Shou Sugi Ban’ on columns to inspire minimalistic zen-like interpretation of burnt forest and also on the timber privacy screening using charred Accoya.

Externally the client wanted to feel like she was in the bush of her beloved second home the south-west region of Western Australia where she once owned and managed an iconic hotel and this was created perfectly for her by Tim Davies Landscaping with native trees and shrubs representative of the region.

The owner was drawn to other off-form concrete homes in her suburb and communally it resonates with the coastal location by reflecting the concrete kiosks and amenities typical of many local beaches, many of which are also strong almost brutalist forms. As fate would have it, I had also recently received an anthology of Tadoe Ando’s work, as an unexpected gift and thereby the course was set.

Located at the rear of the property is ‘The Caboose’, a small cabin designed to provide self-contained private accommodation for guests, overseas friends and family, as the moment requires. Purposefully it is designed to not address the main house and performs an additional function as a dark backdrop to the rear entertaining deck of the Palace to spatially define the rear courtyard and provides privacy from and obstruct view lines to adjacent rear properties thereby accenting the landscaping. Easily accessed via a secrete path along the east side, guest’s can come and go without having to enter the main dwelling and thereby minimising disturbance to its main occupant.

Situated on a narrow site with two storey structures either side close to the boundary, gaining access to natural light lent itself to the inclusion of light wells, one over the en-suite and the other over the stairwell, to siphon daylight into the middle interiors not benefiting from the north or south glazing.

Sustainable credentials include a 24 panel photovoltaic solar system connected to a Fronius Symo Hybrid Inverter to supply the household with energy and to temporarily store surplus energy from the photovoltaic system in the Fronius Solar Battery. The range of modified timbers we used has been sustainably sourced with environmentally responsible practices and/or recognised and certified foresty stewardship according to the manufacturers.