“The project was implemented for a young girl by design studio Geometrium (Alexei Ivanov and Pavel Gerasimov). She bought an apartment in the Moscow suburbs. Our task was to make a modern and functional apartment to avoid complex agreement procces . Make it comfortable and functional layout, to make it fully consistent way of life ordered it. 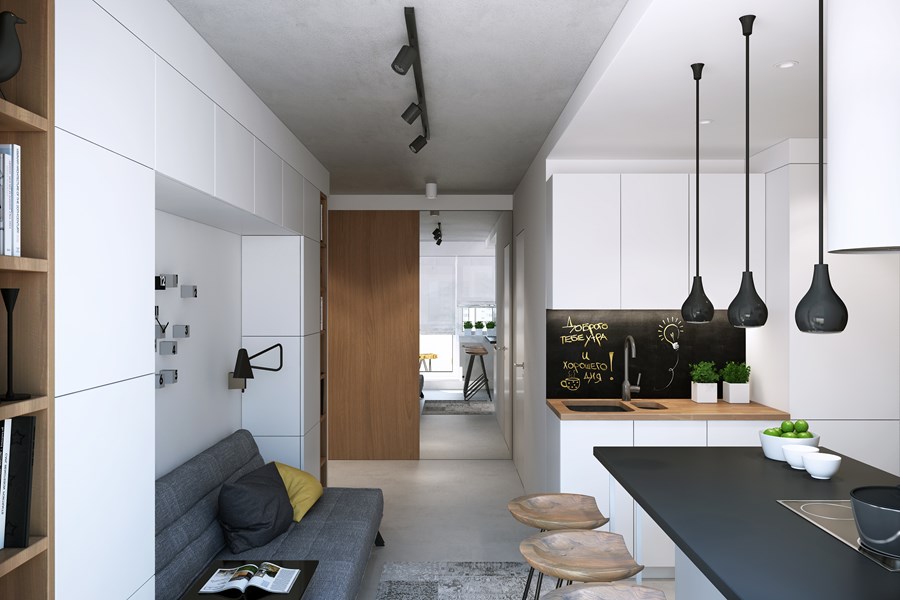 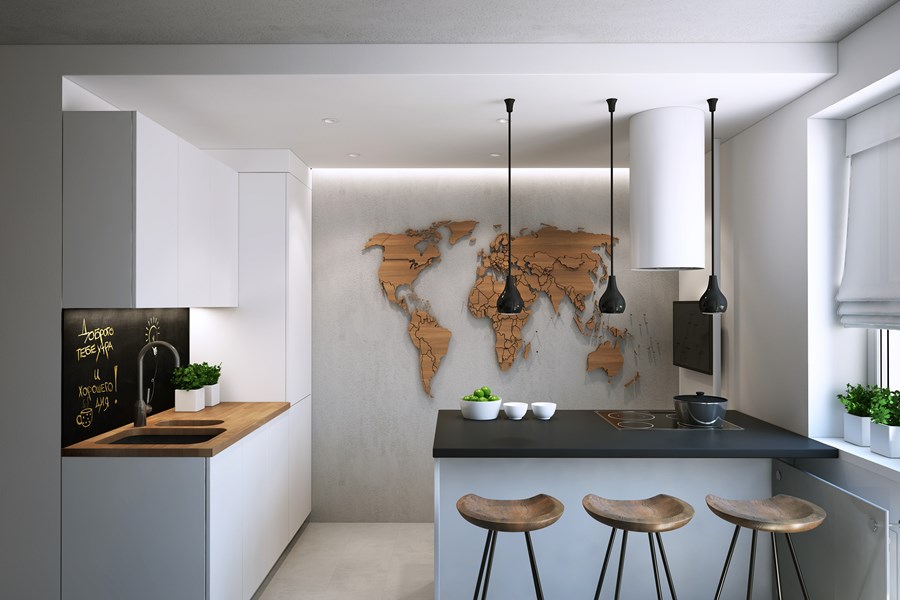 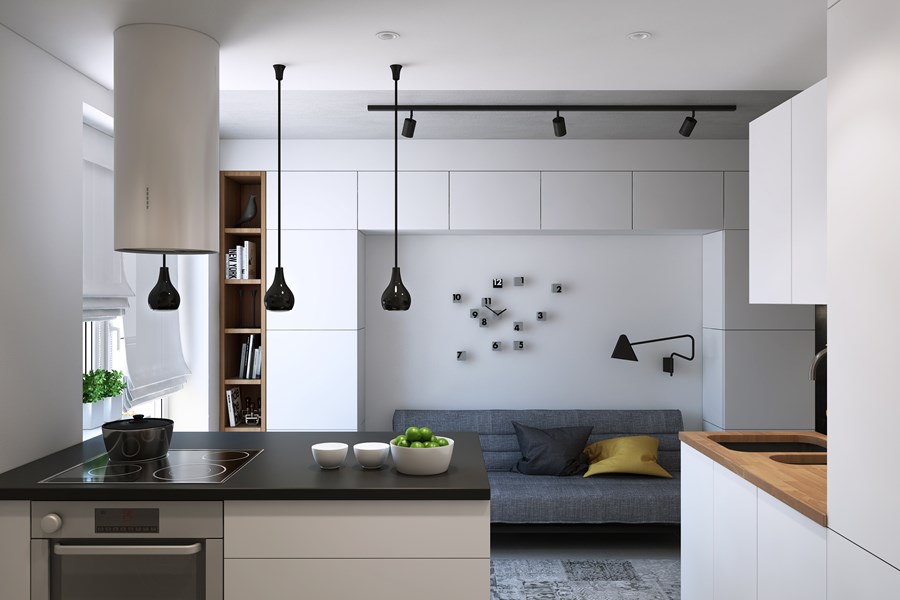 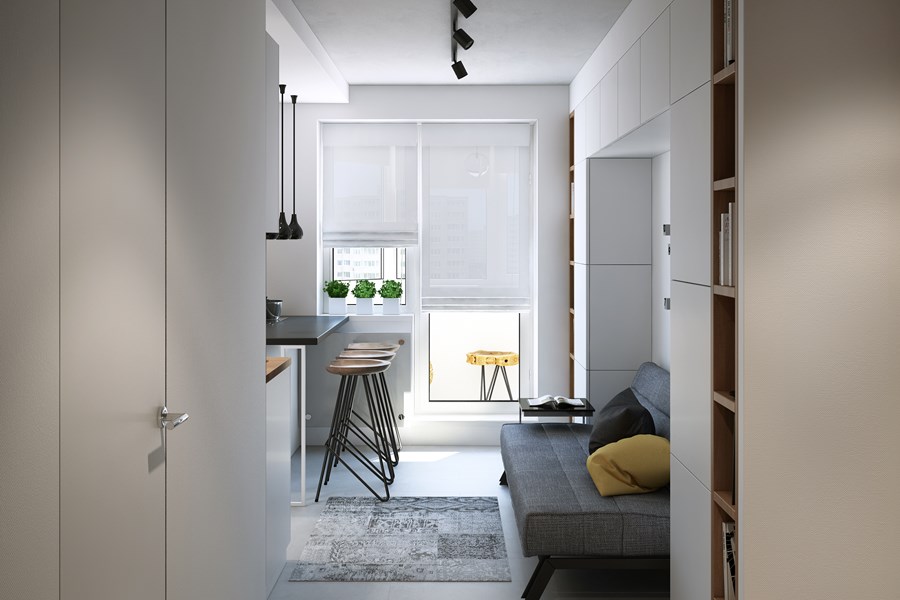 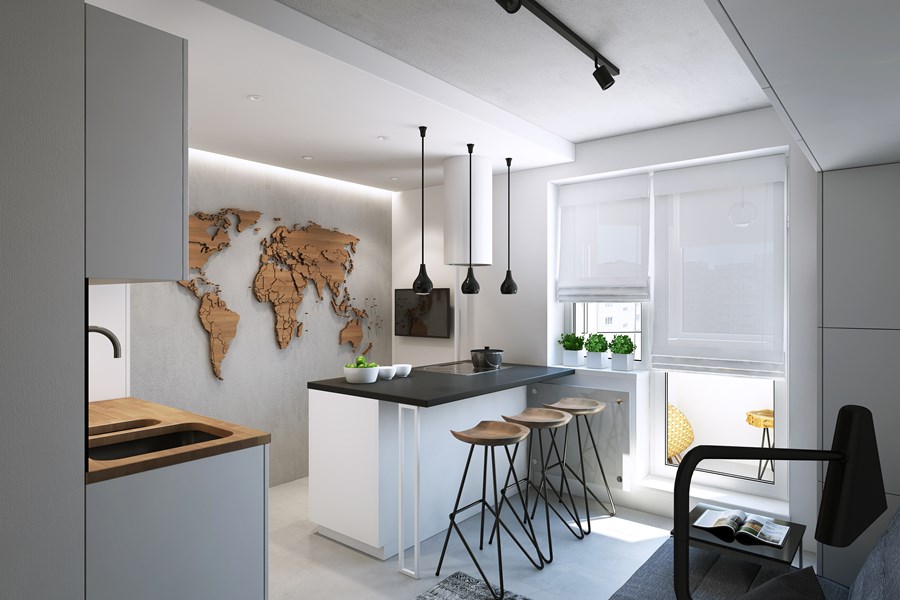 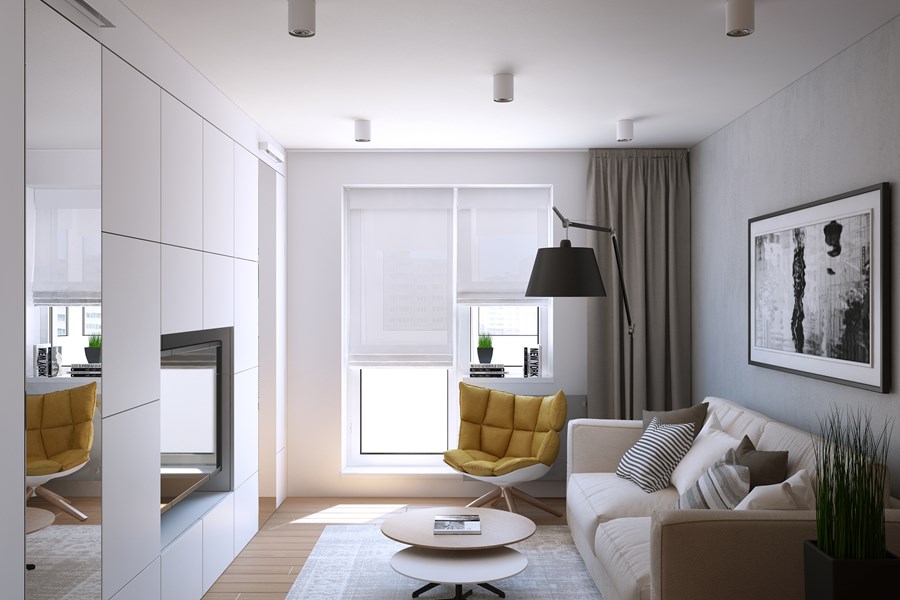 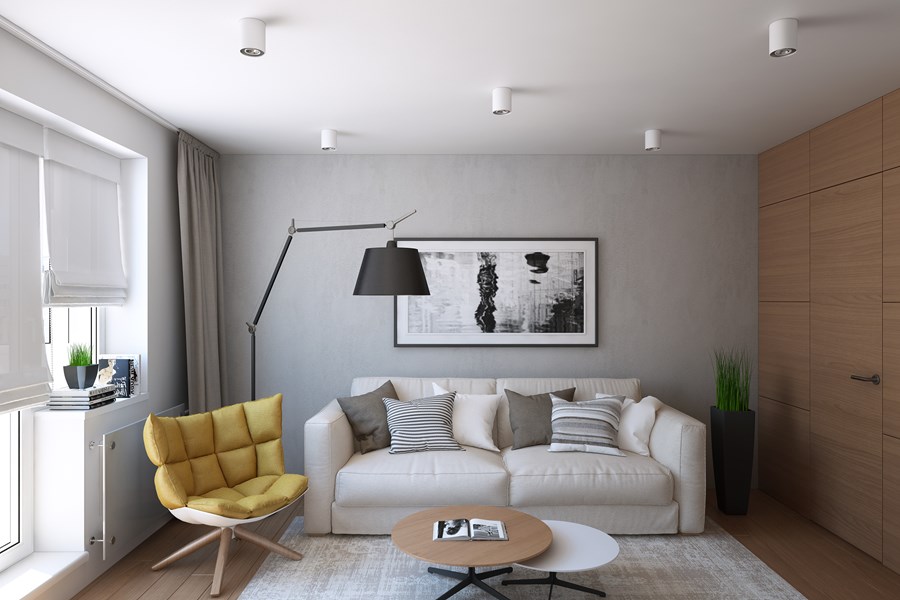 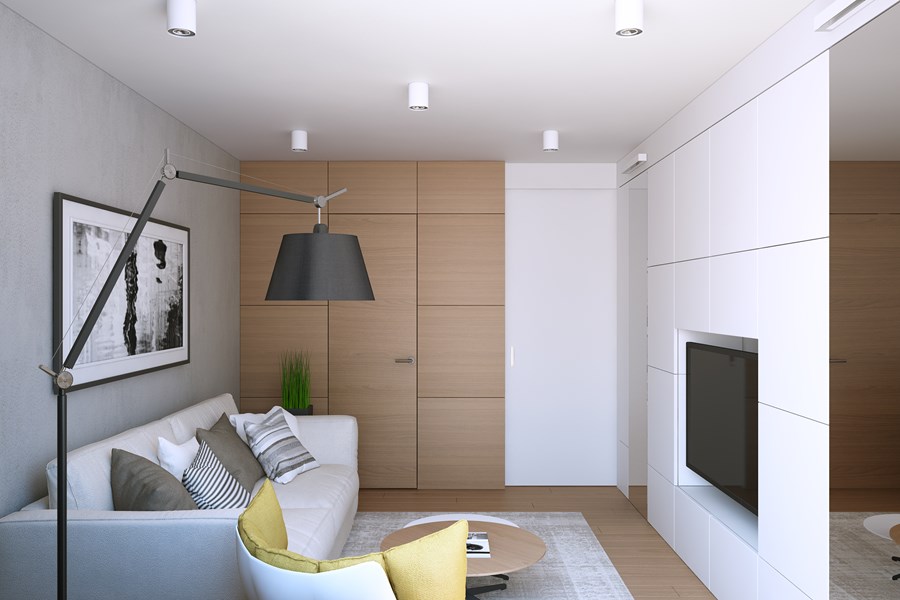 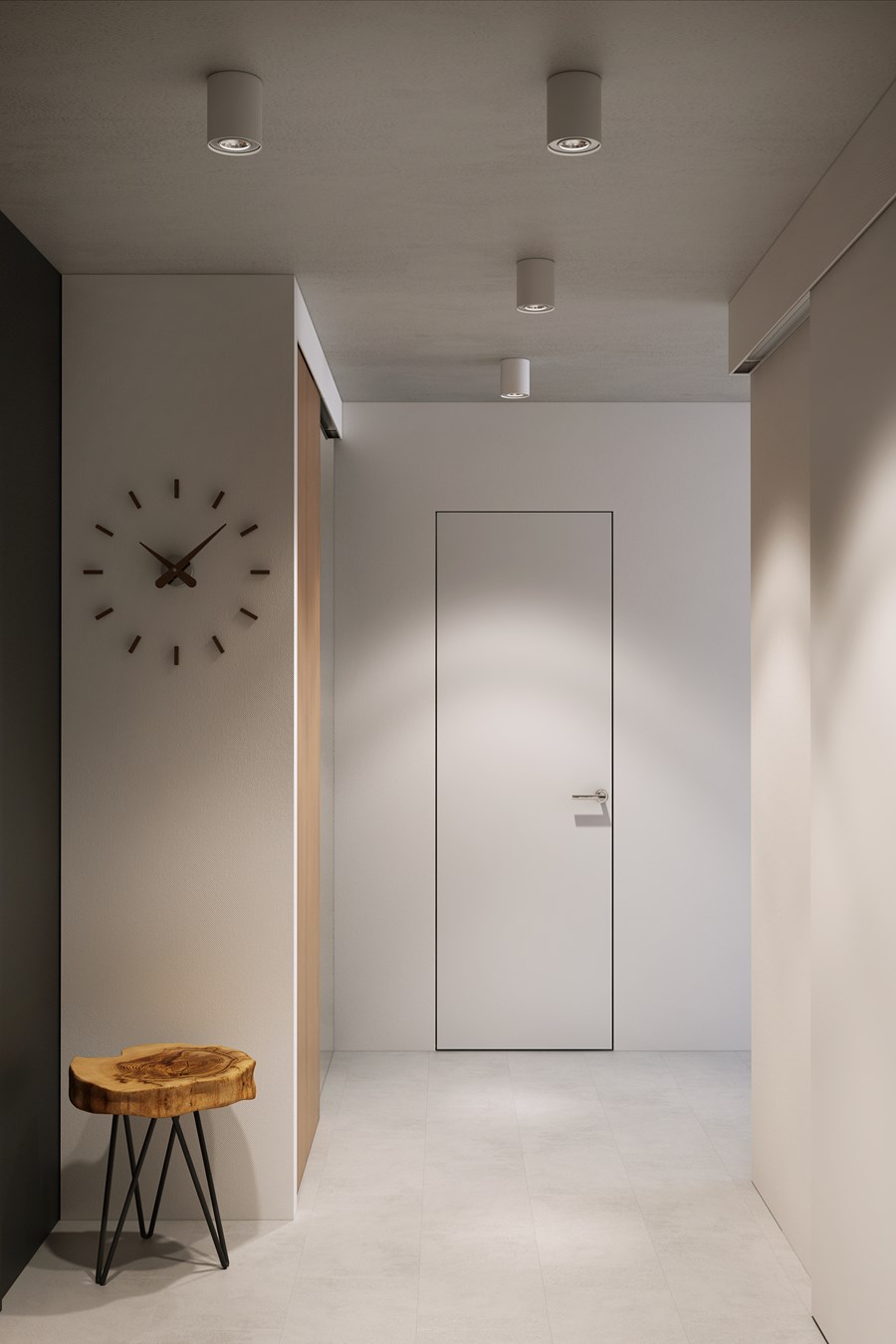 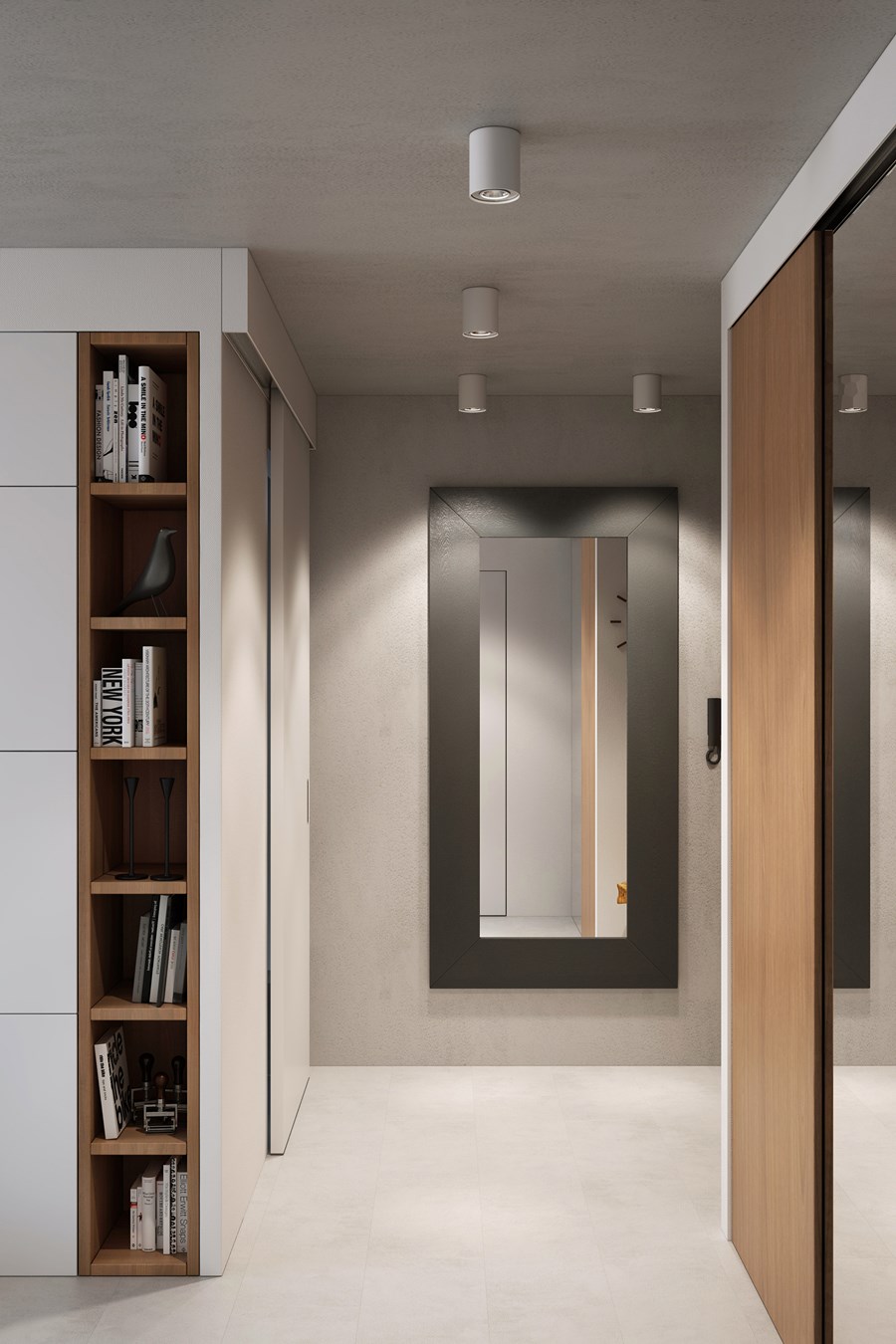 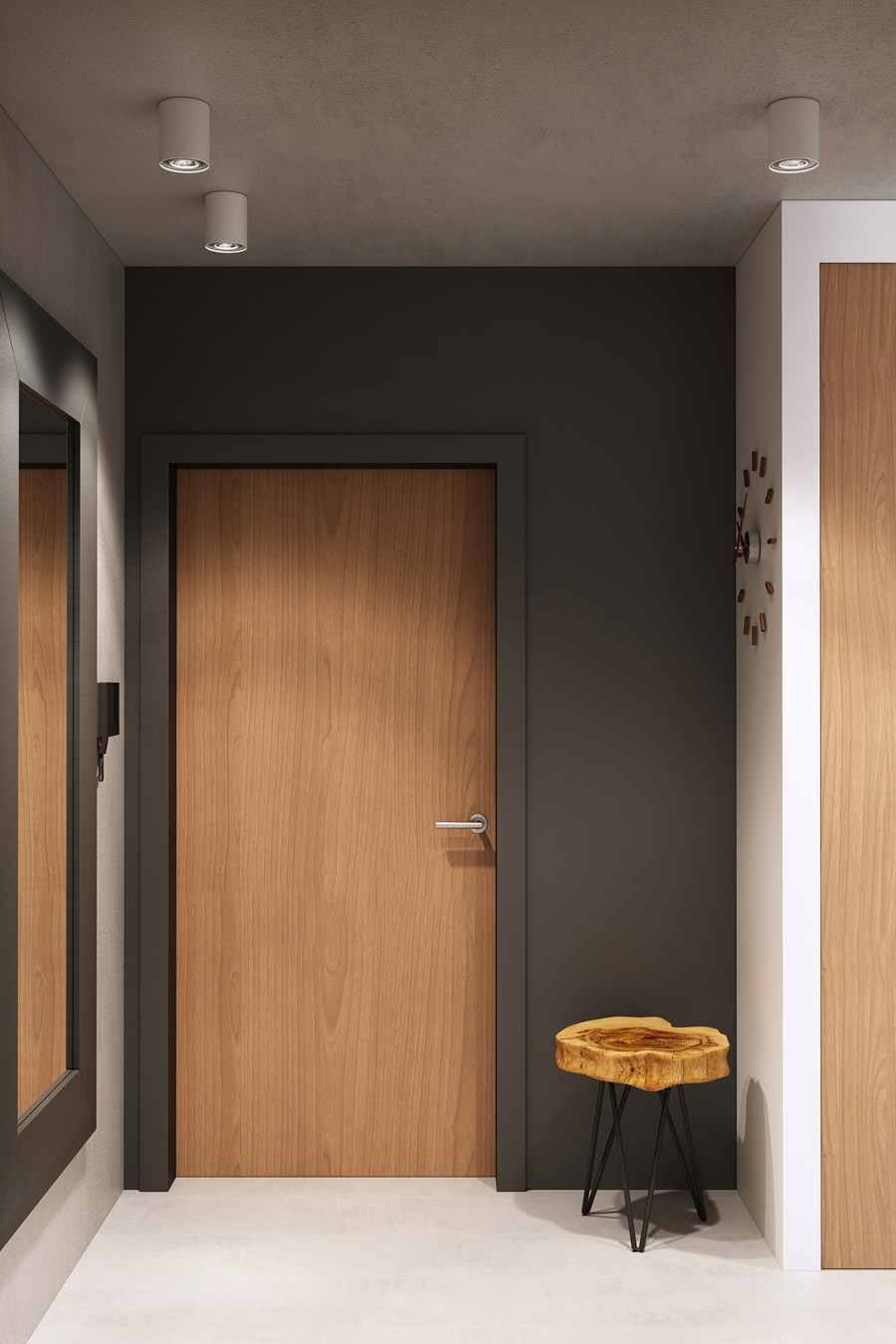 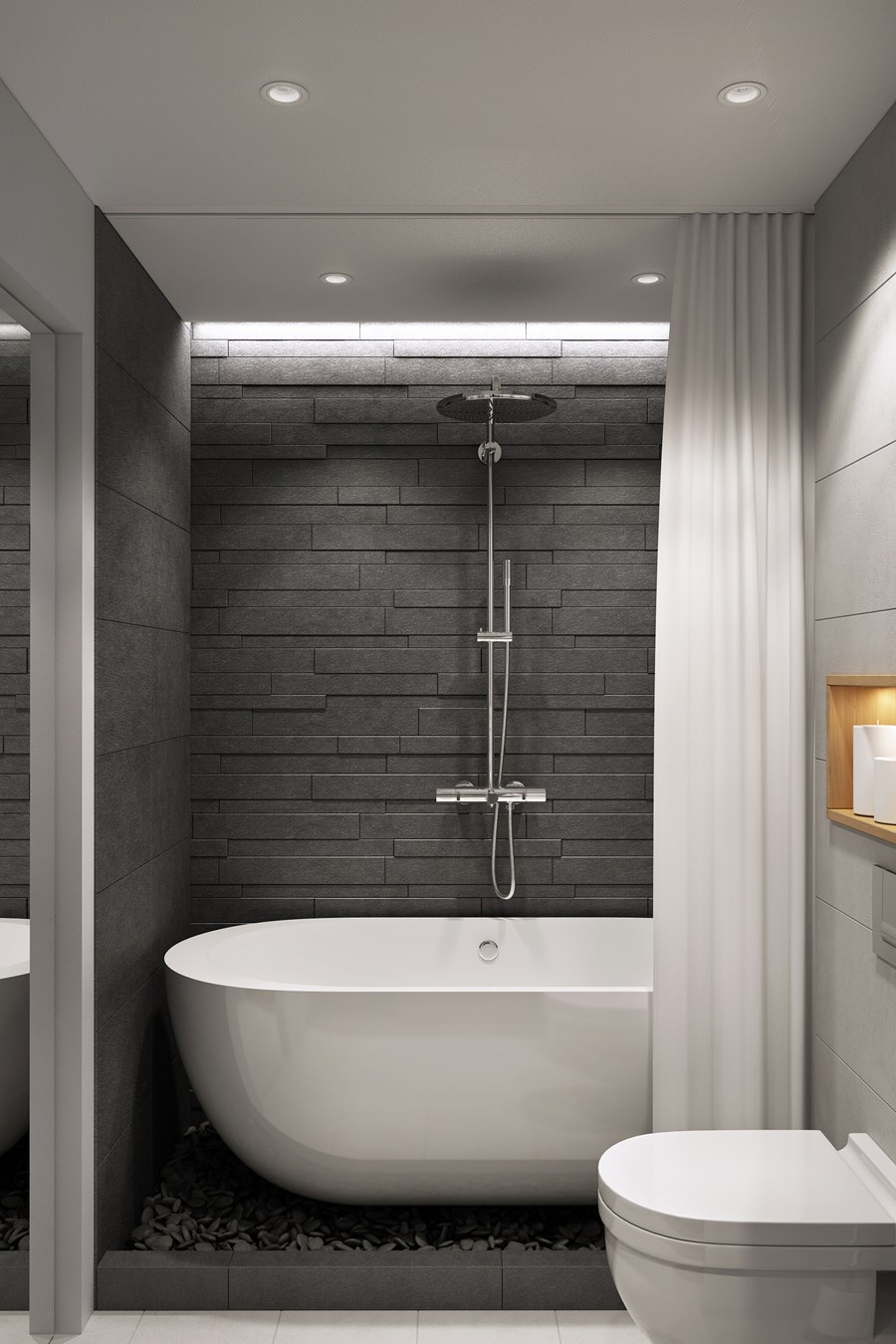 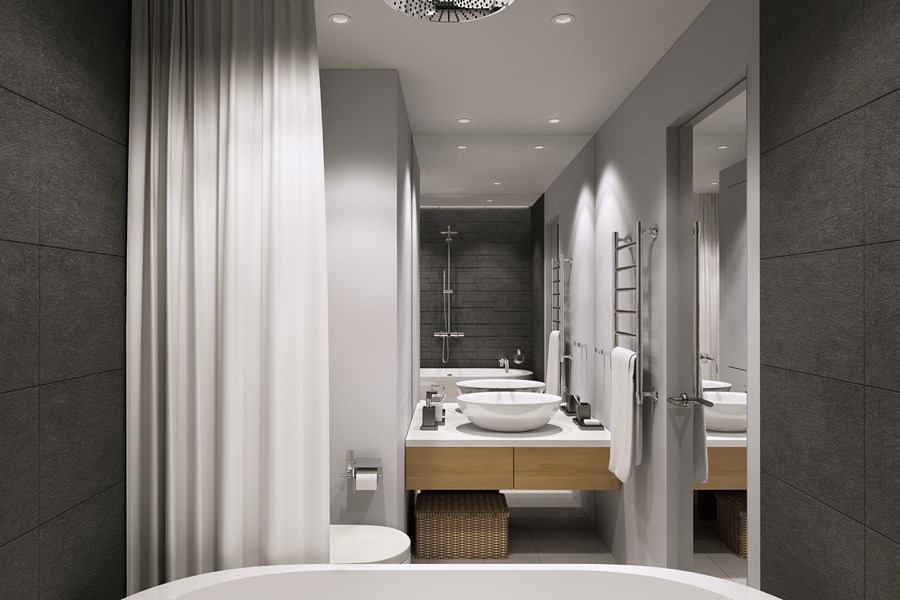 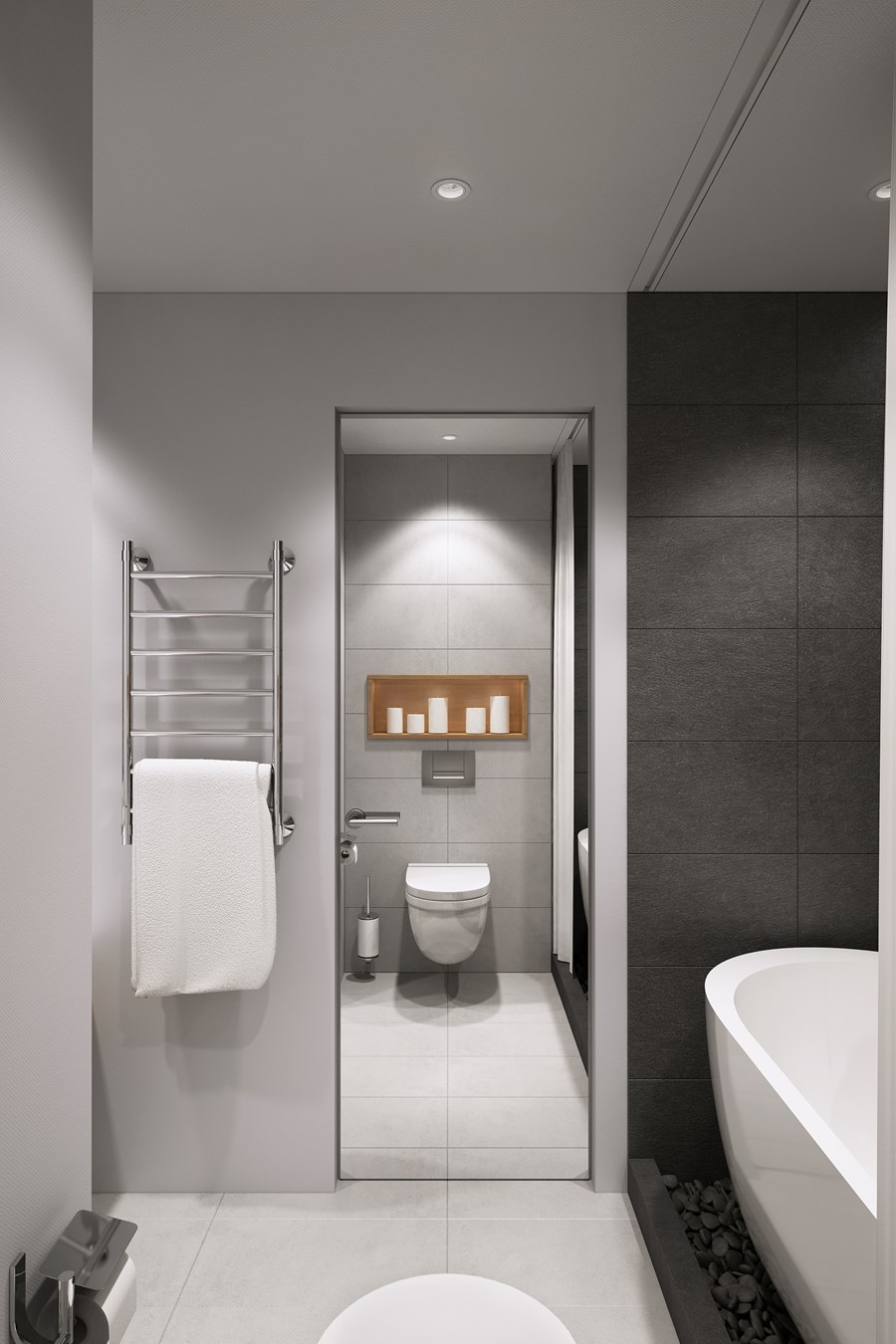 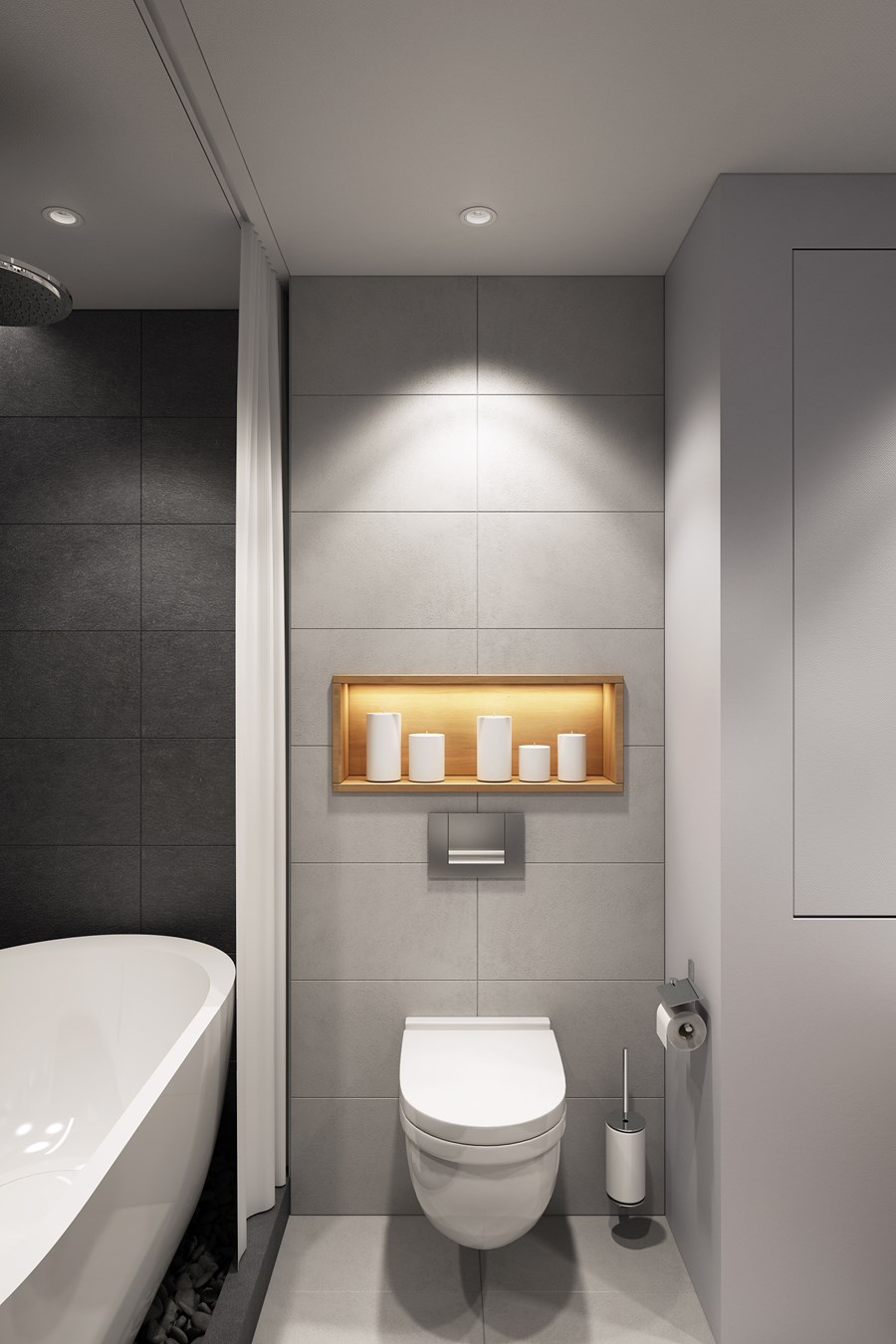 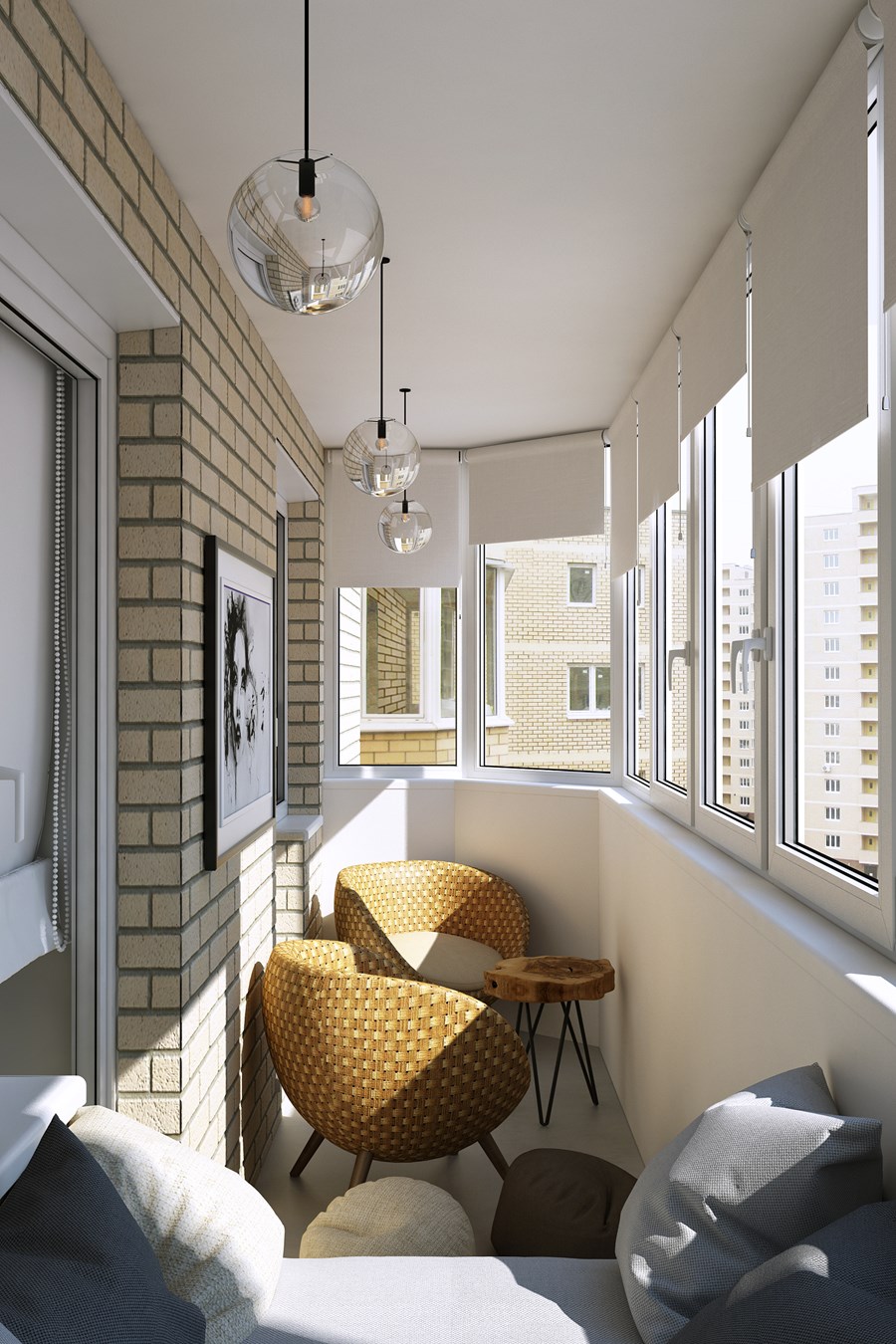 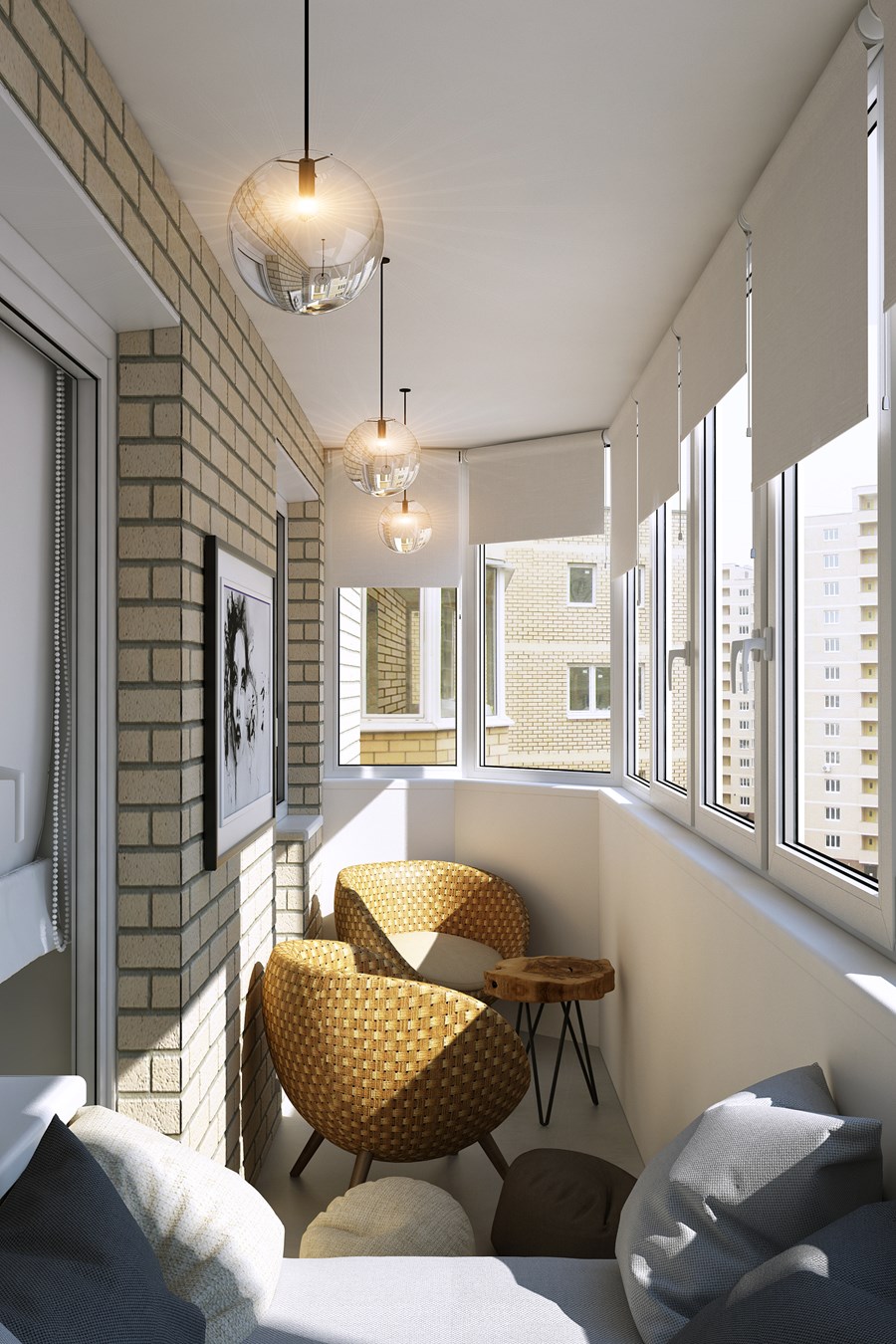 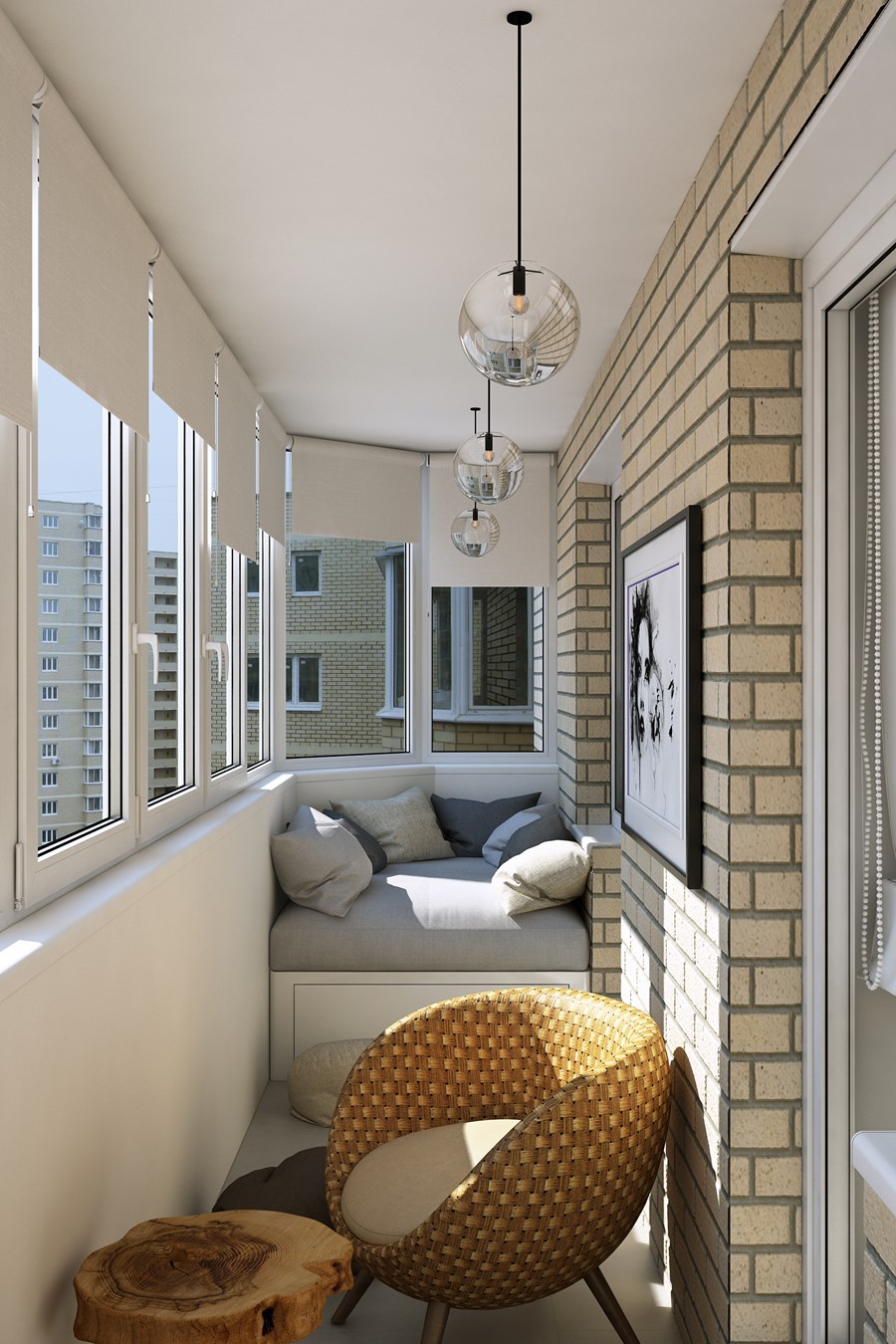 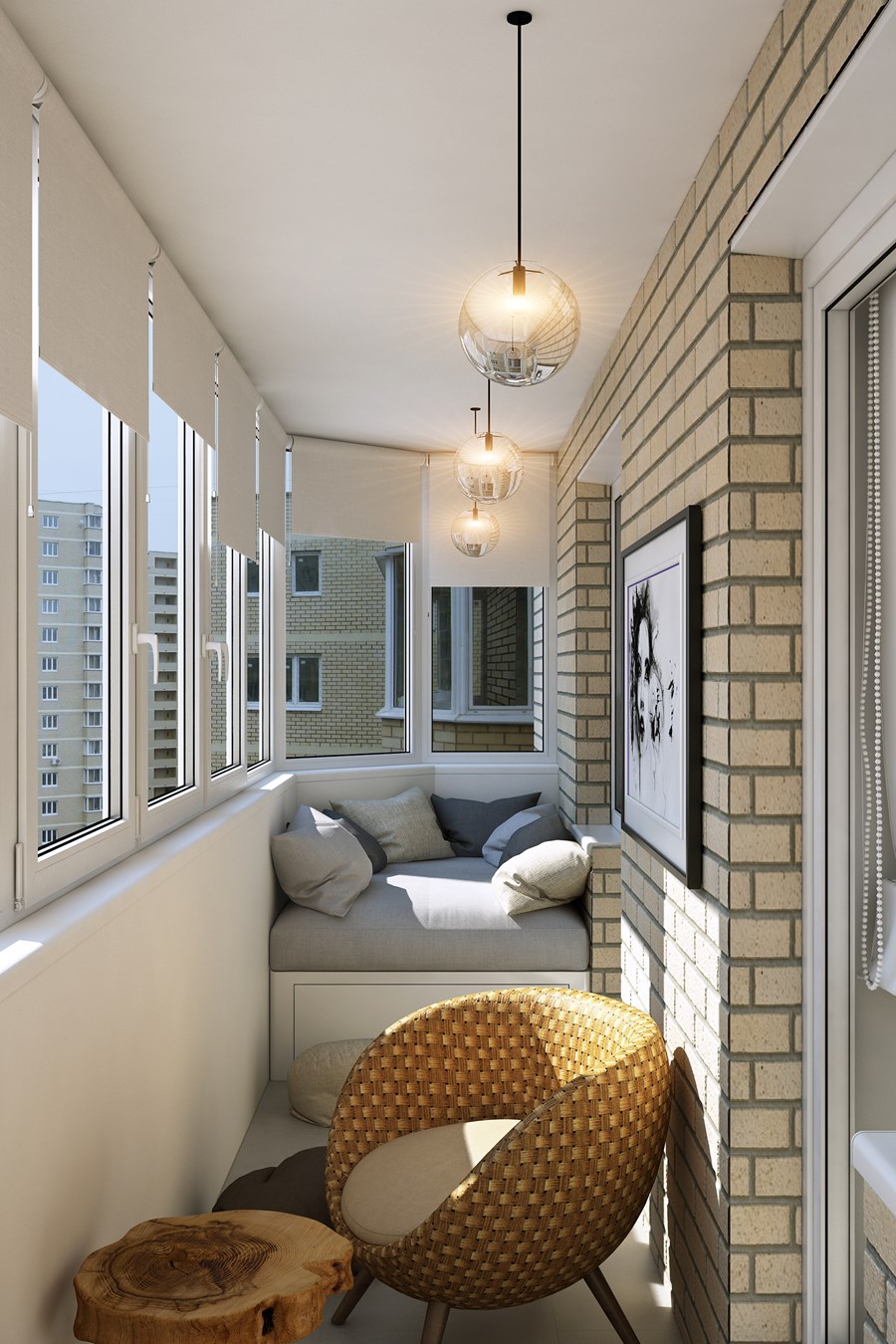 During technical requirements compiling we have defined a style, functional zoning, and clearly present all the processes taking place in the apartment. How will the process of cooking, where and how will be located guests Well thought out all the possible scenarios rooms. technical requirements for this project can be found here.
In the kitchen area, we placed the island at will of owner. The idea was that the kitchen area was also living area. A place to chat with friends, discuss plans and drink coffee.
The island is made so that you can chat while cooking with resting on the couch or at the bar. Kitchen turned out to be small but very functional. It has all the essentials that you need for cooking.
TV in the room – the background. In most cases the owner of the apartment does not watch it. So we put it on the arm in the area of cooking. A central element of the wall of the island became the world map, carved, laser-cut plywood. A client travels frequently and she plans to attach photos of places she visited on the map. The idea seemed to us very interesting, and we beat it in a way.
Some of the walls, ceiling and floor are made under the concrete cover. The walls and ceiling – plaster for concrete and floor porcelain tiles seamless concrete under the same tone. Concrete makes the loft a background on which advantageous to look white walls and furniture. This increases the space by combining hall with kitchen and makes the room lighter. We tried to avoid a large number of dark elements, as the natural light falls over the balcony in a small amount.
In the hallway there is wardrobe, one door is a mirror. This technique is not random. Firstly, the mirror at this point increases the space, creating the effect of continuing the kitchen space. Secondly, the mirror reflects light from a window, which makes the room lighter.
Apron kitchen we made a special paint that forms a surface, like a chalk board. You can chalk to write “wash their dishes,” some prescription or wish for the day.
The door to the bathroom, we have hidden to preserve the effect of a homogeneous white surface.
In the hallway there is only neccesary . The task was to release the input space of unnecessary items, all can be removed once the cabinet.
Accent a wall with the front door – black. She is in the same plane as the kitchen apron. Thus, the pacemaker in the rooms and they are visually merged. Also, oddly enough, in this case, the black wall enhances the space hallway.”