Clifton 2 is a project designed by Peerutin Architects. This project must be acknowledged as a once-off, unique architectural opportunity given to us by our bold, forward-thinking clients. 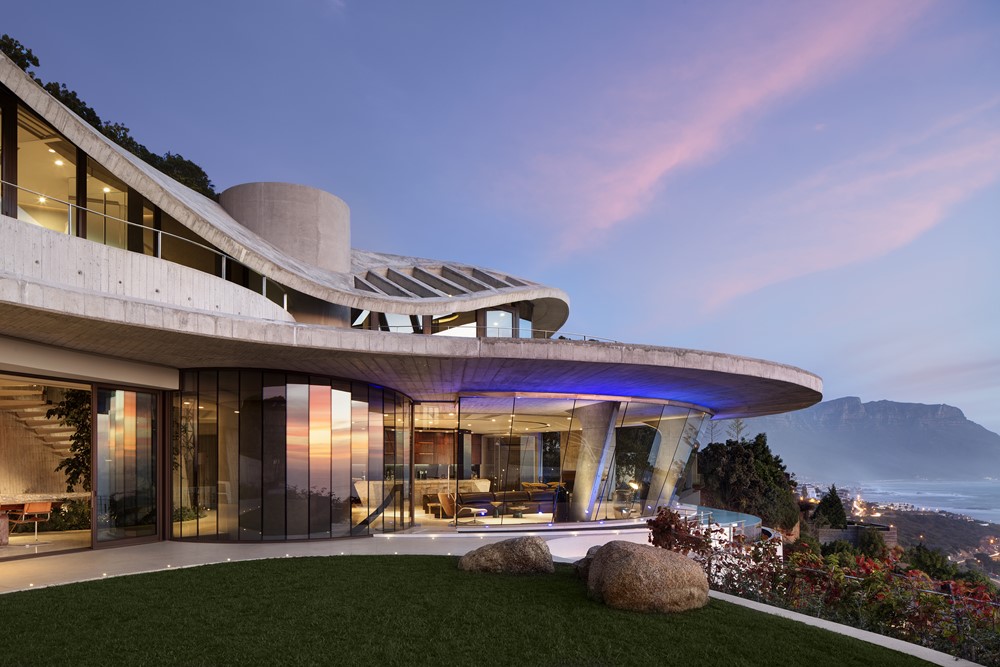 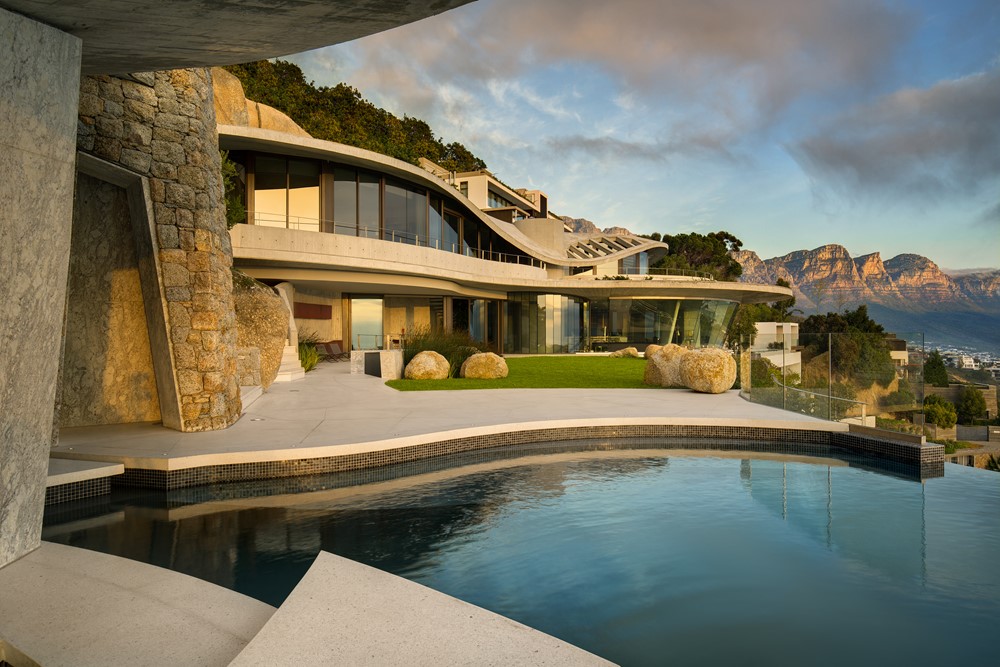 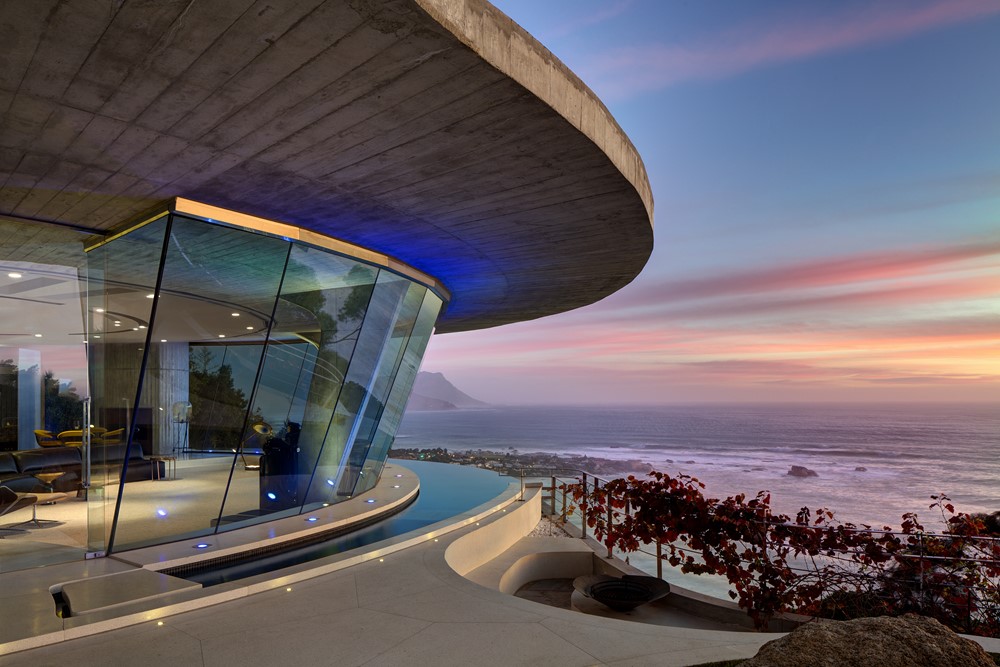 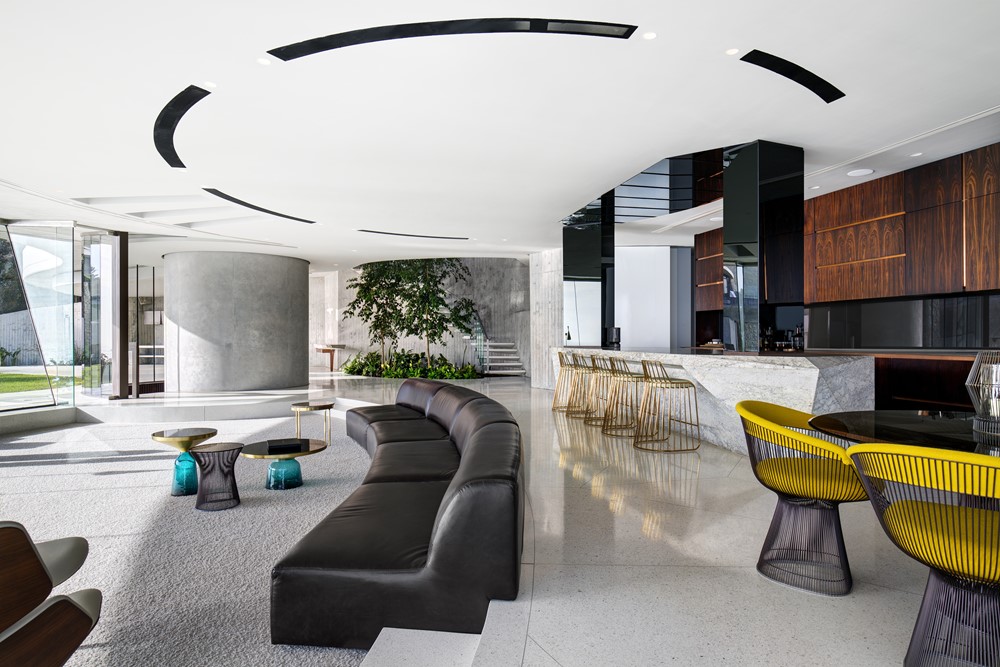 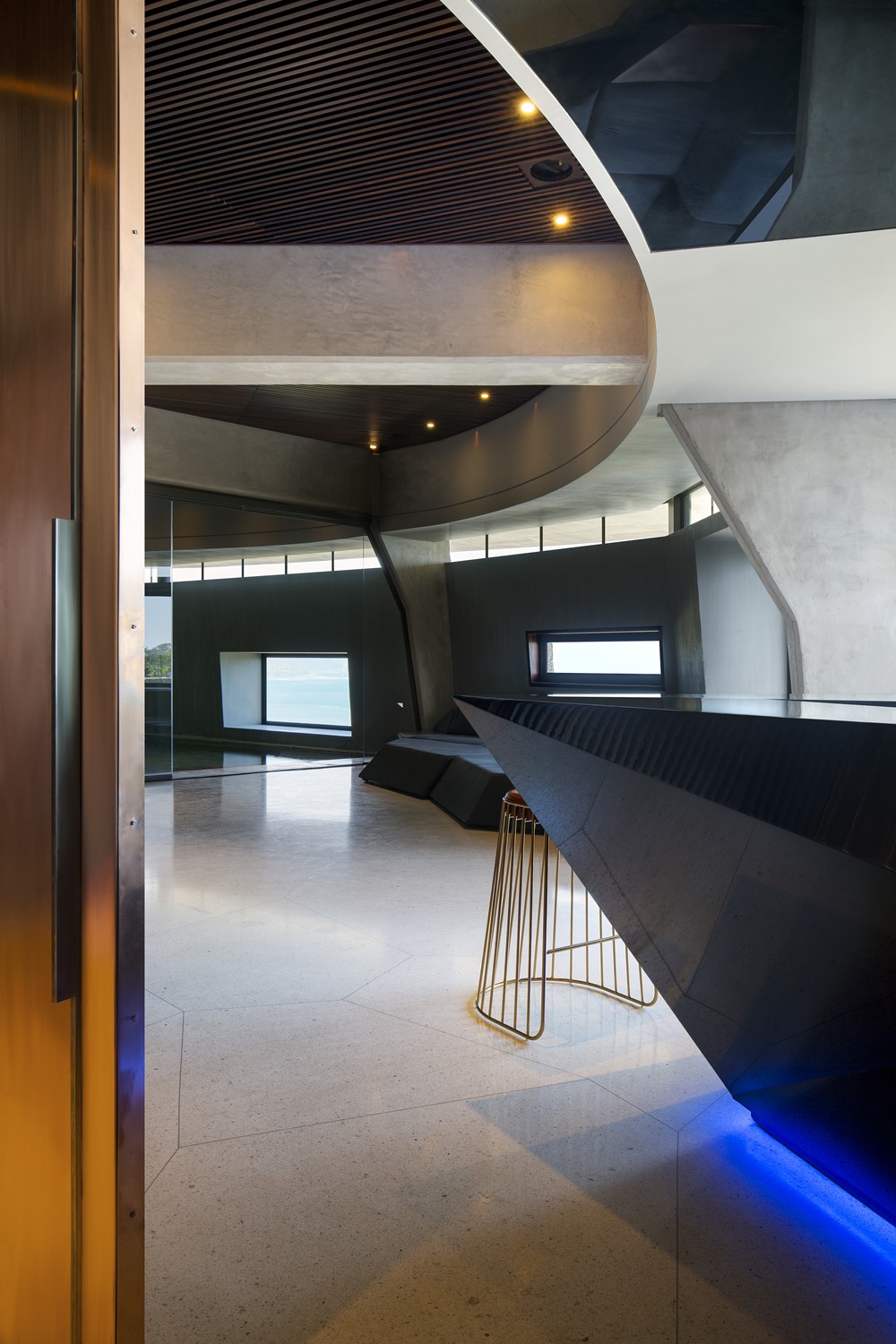 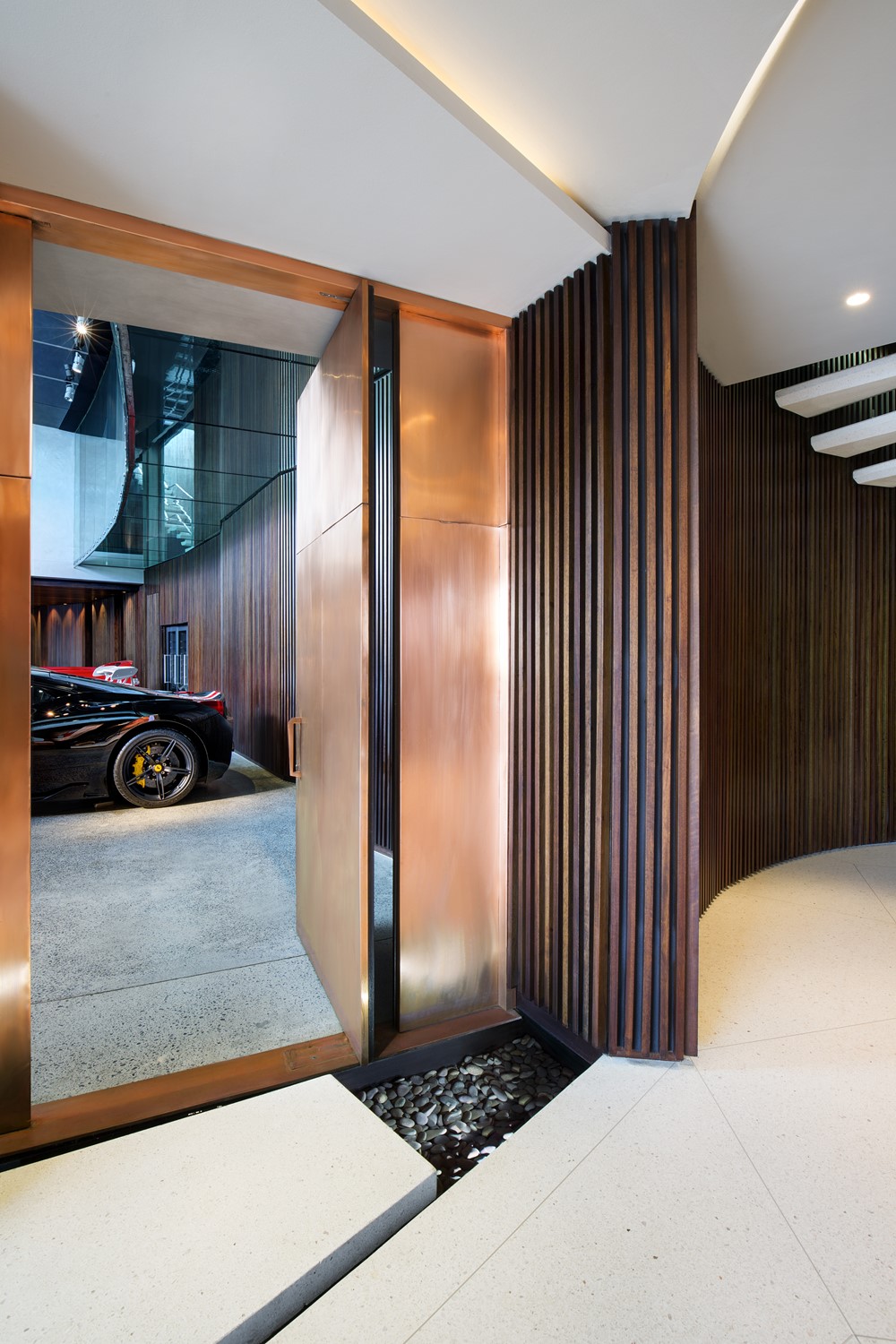 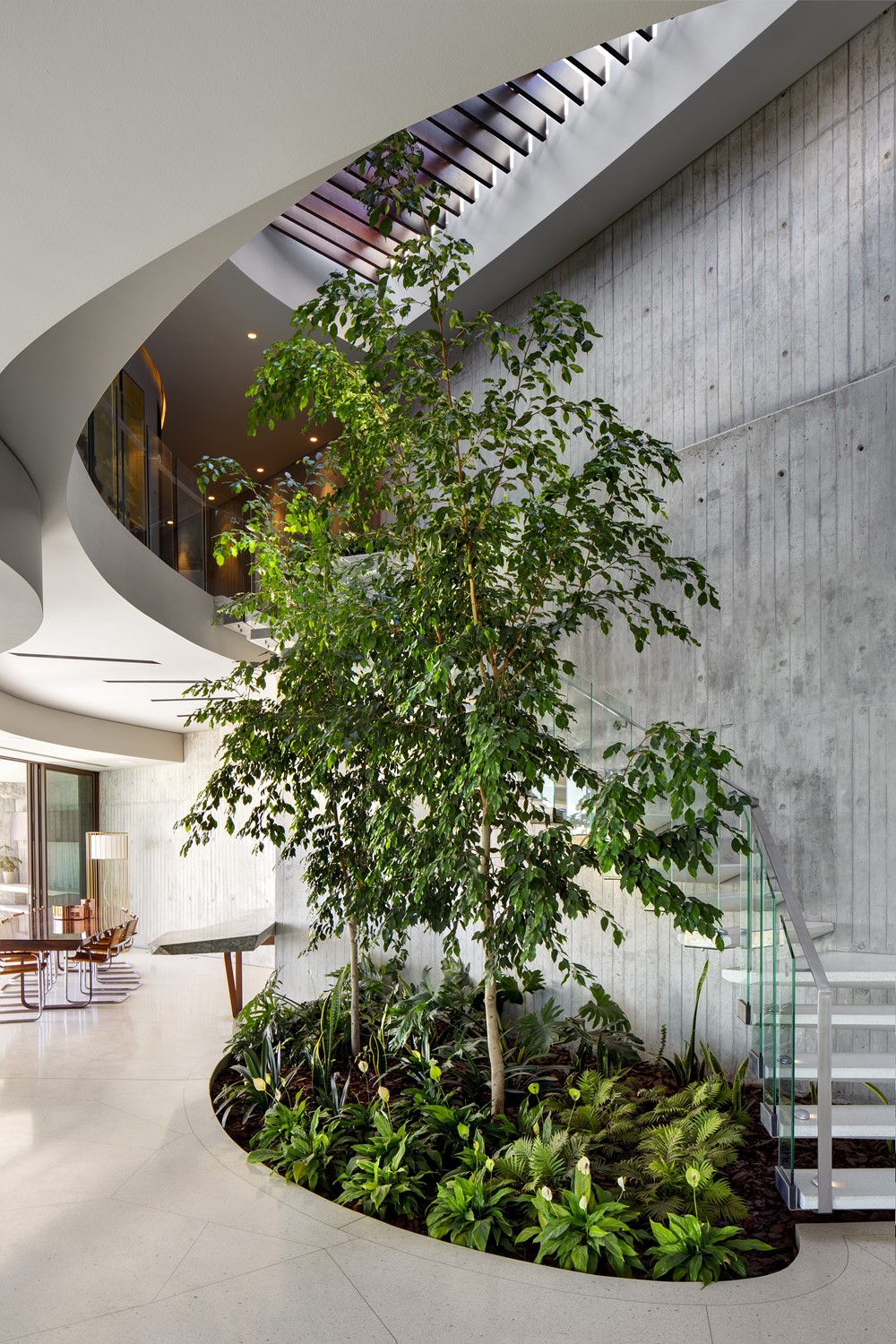 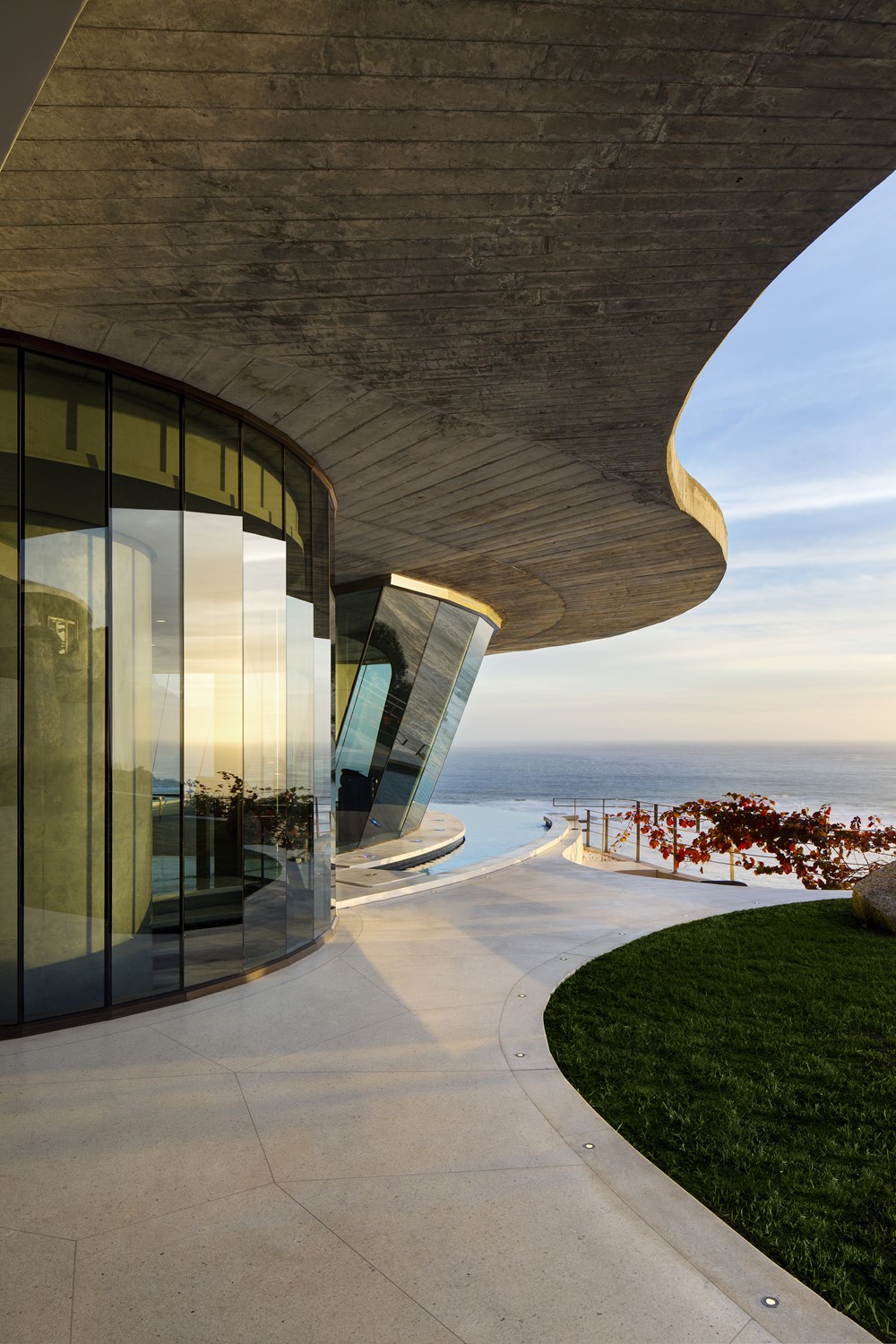 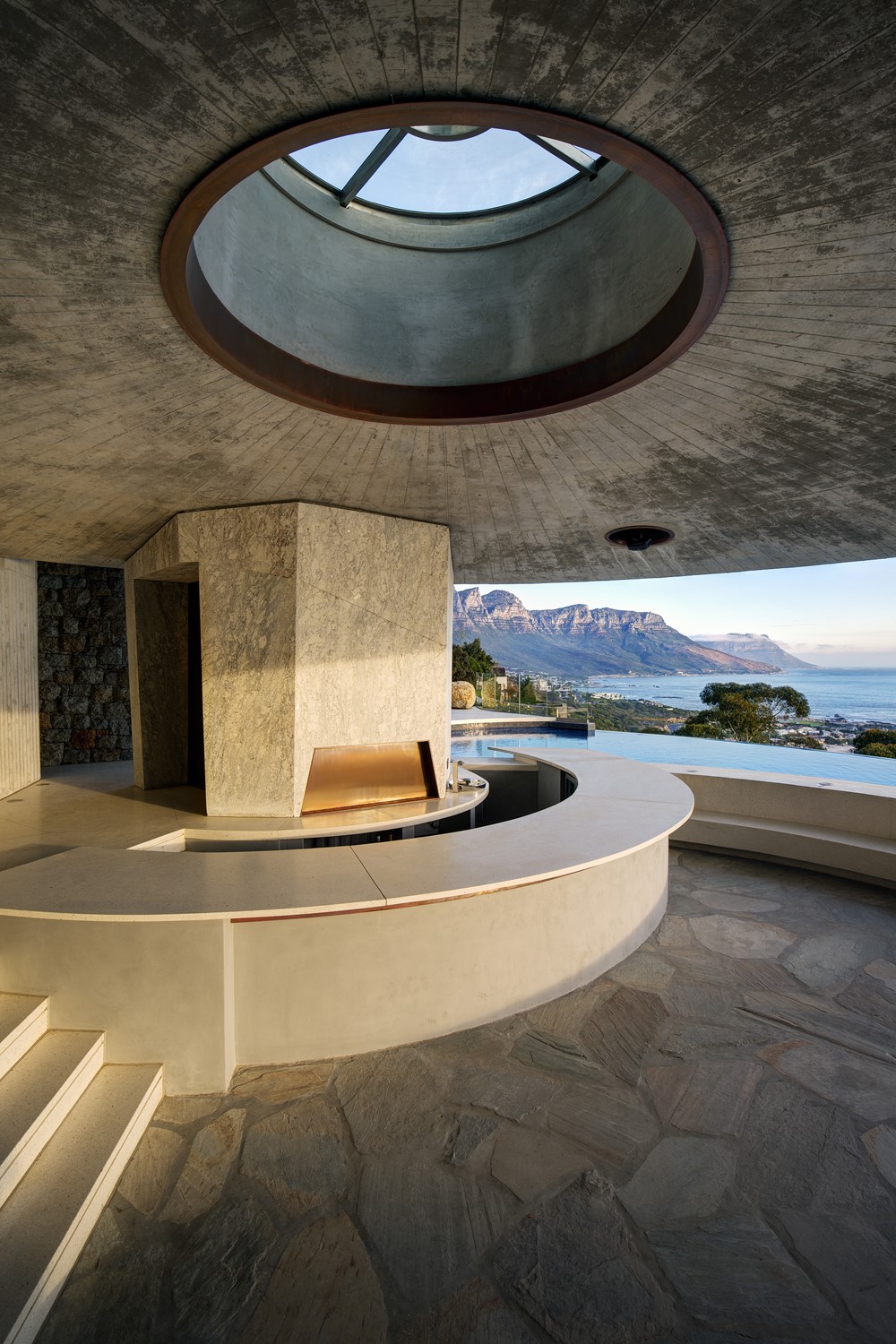 In examining our early design proposals for the site based on the development model for the estate itself, our clients wanted to explore an alternative approach.
Inspired by the works of well-known American Architects, the brief to us was to create an ‘iconic’ home that, while setting itself fundamentally apart from the surrounding built context, integrates and blends organically into the natural beauty of the site and surroundings.
Built over 4 levels across the 60m wide site the house is split both horizontally and vertically. The lower two levels containing ancillary and support spaces form the base for the upper two floors which house the main living, entertaining and sleeping spaces. The ‘base’, clad in sandstone, is articulated as an architectural expression of ‘mountain’ while the sinuous, curvilinear forms of the upper levels are designed to ‘float’ weightlessly above and mimic the undulating contours of the region.
While the overall forms speak for themselves, the true success of the project for us, lies in the way in which a very substantial structure such as this, is able to recede into its backdrop. In so doing, only certain components are given prominence and present as the unique ‘face’ of the building, while the remaining bulk is effectively ‘hidden’.
This is certainly one of the largest homes on the Atlantic Seaboard but looking up at it, you would not say so!
Photography courtesy of Peerutin Architects