The Blue Garden is a project designed by Fran Silvestre Arquitectos, covers n area of 400 m2 and is located in Valencia, Spain. Photography by FG + SG. Ultimas Reportagens. Fernando Guerra 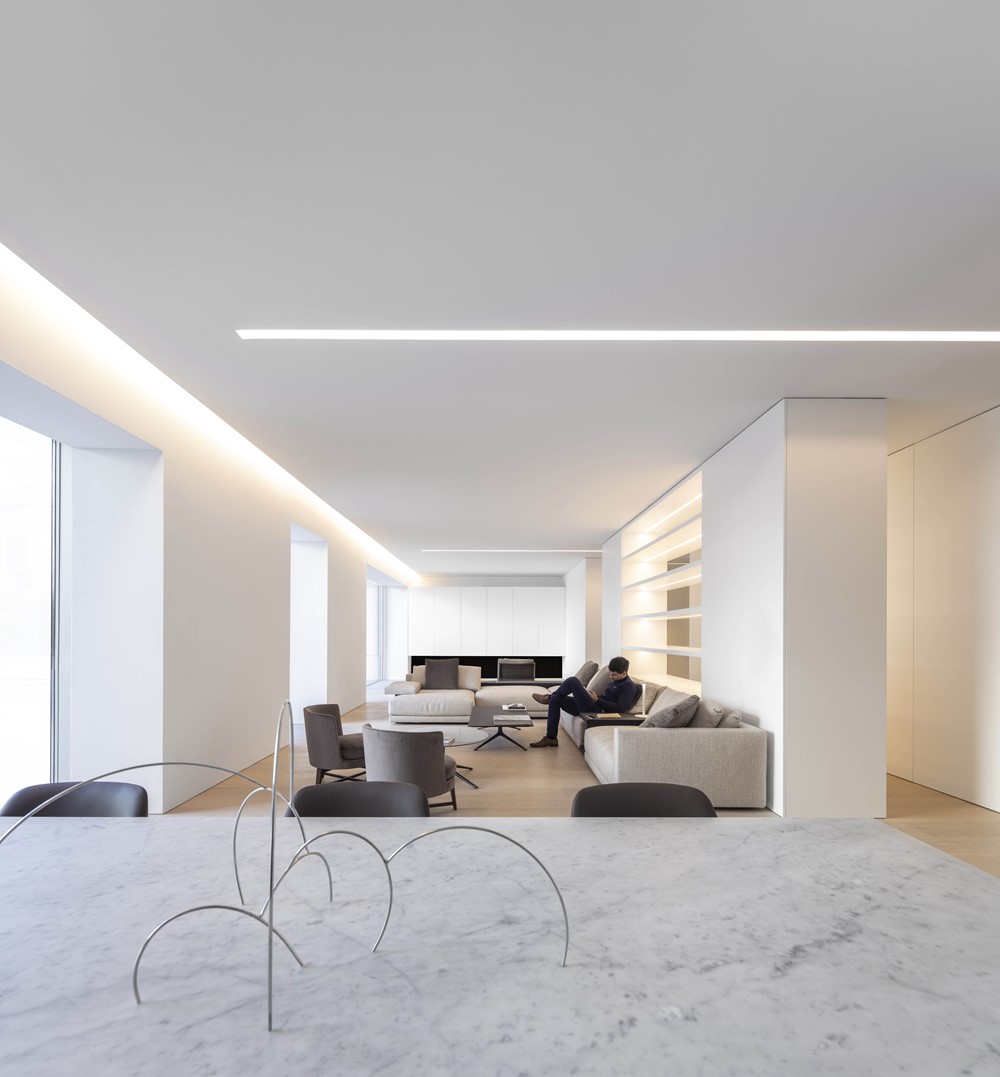 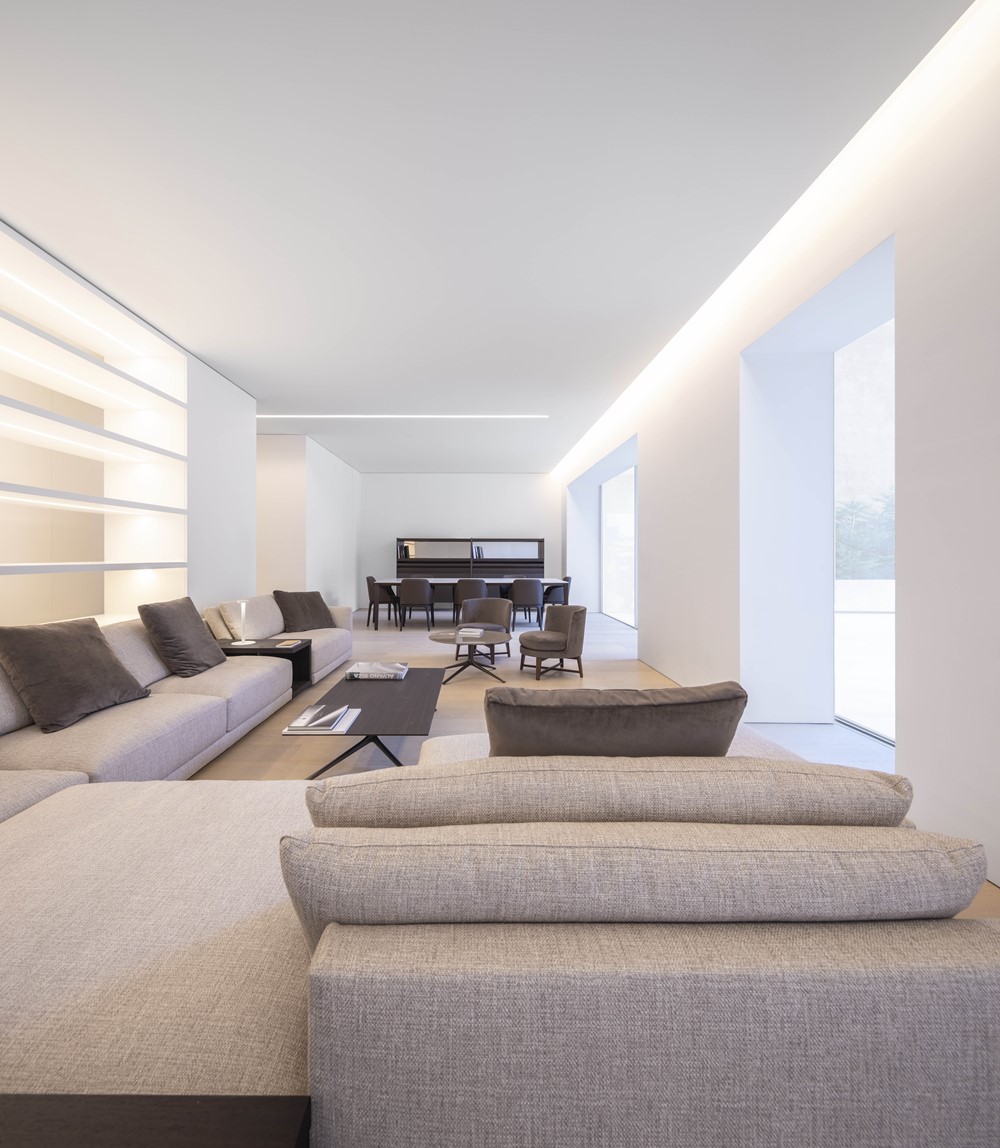 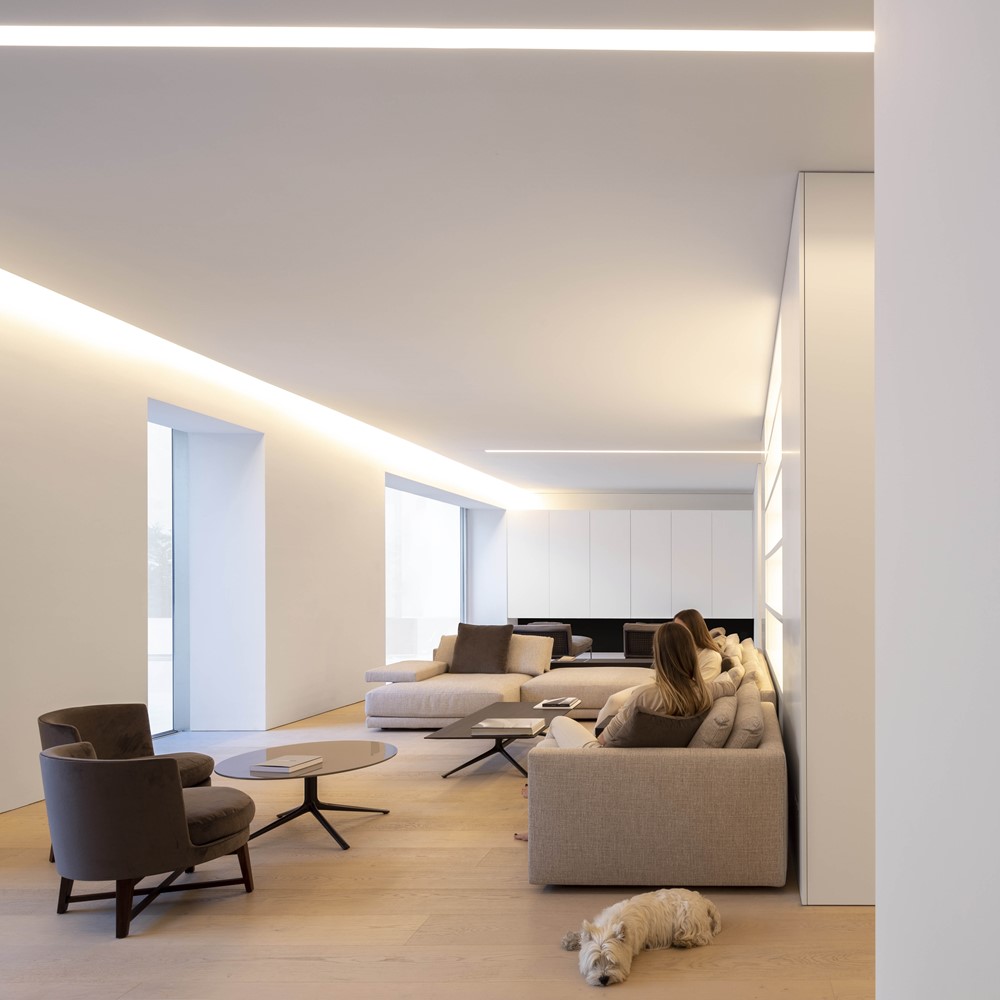 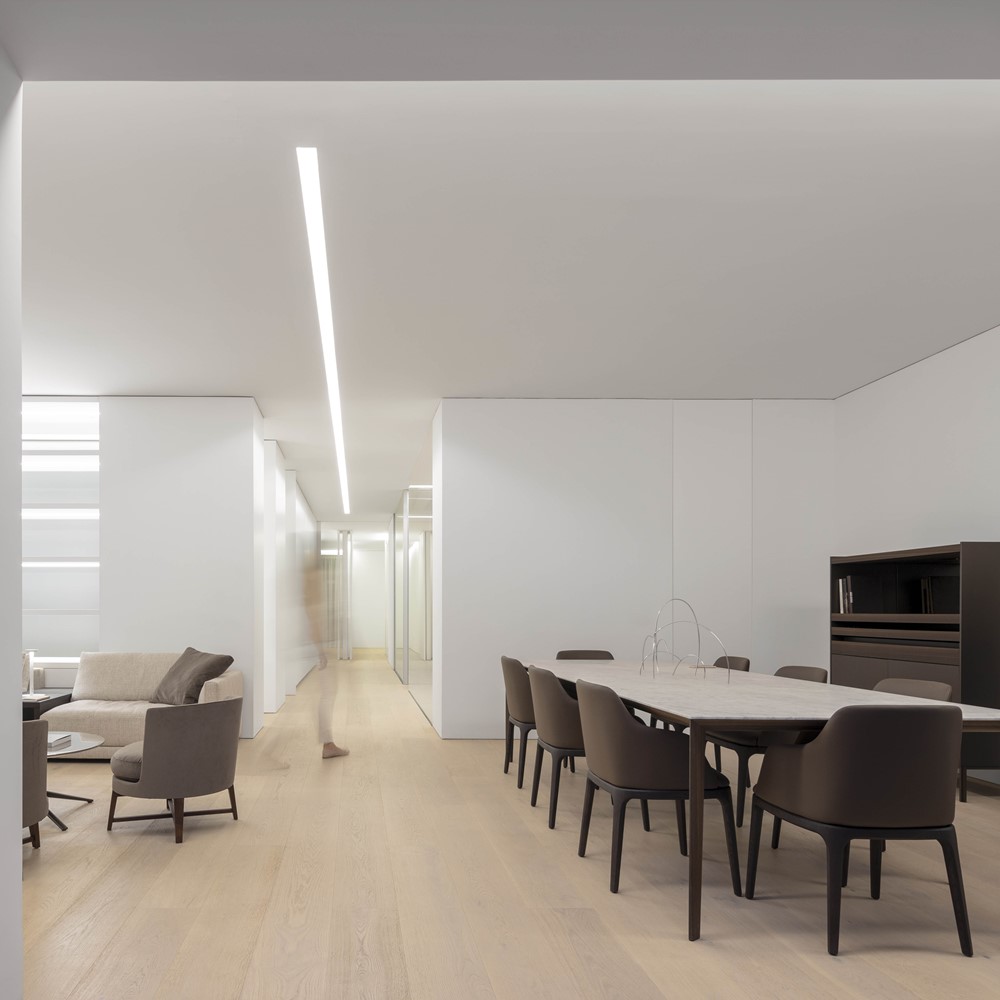 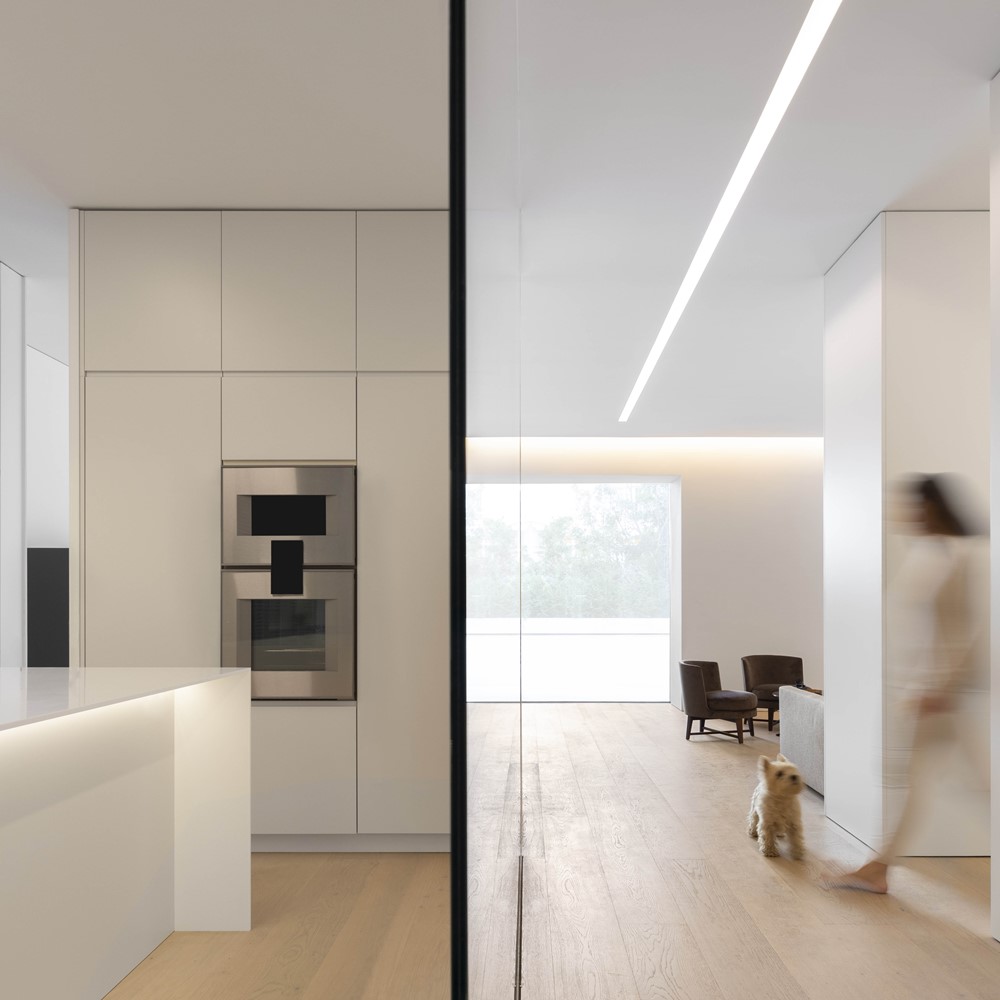 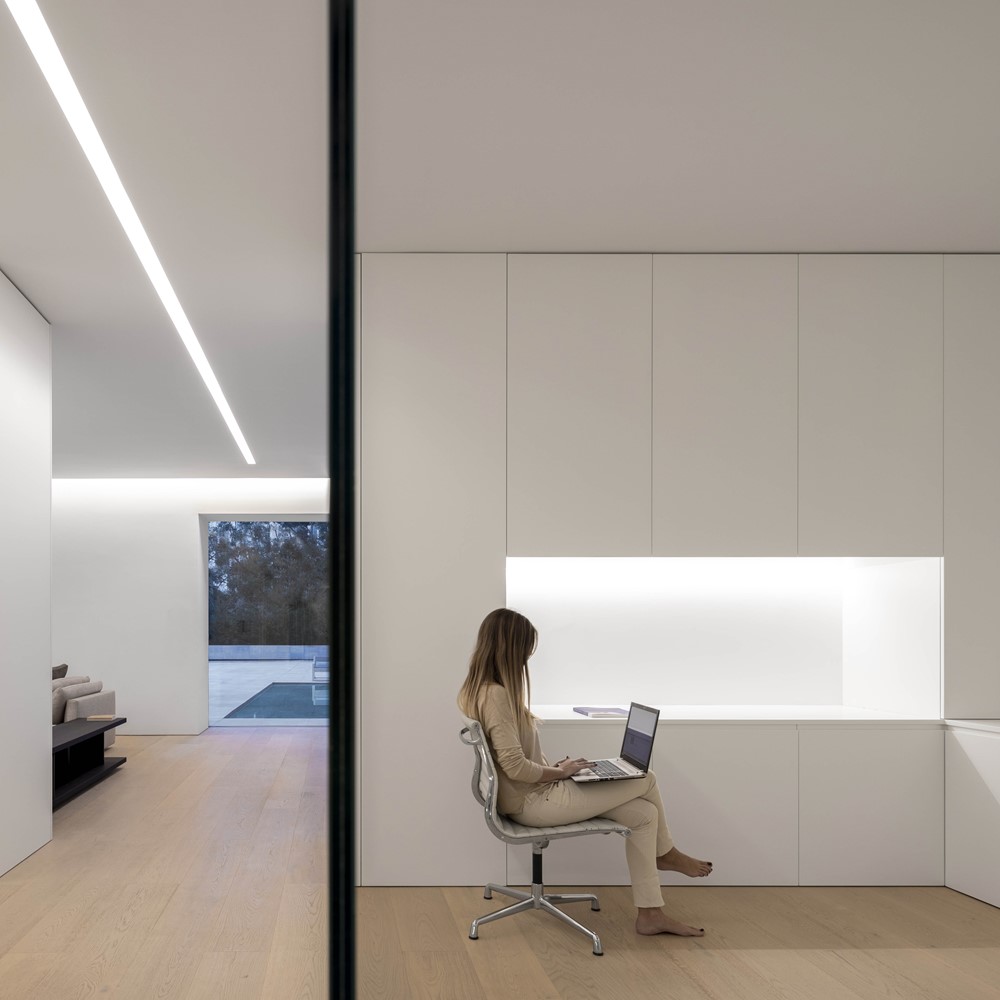 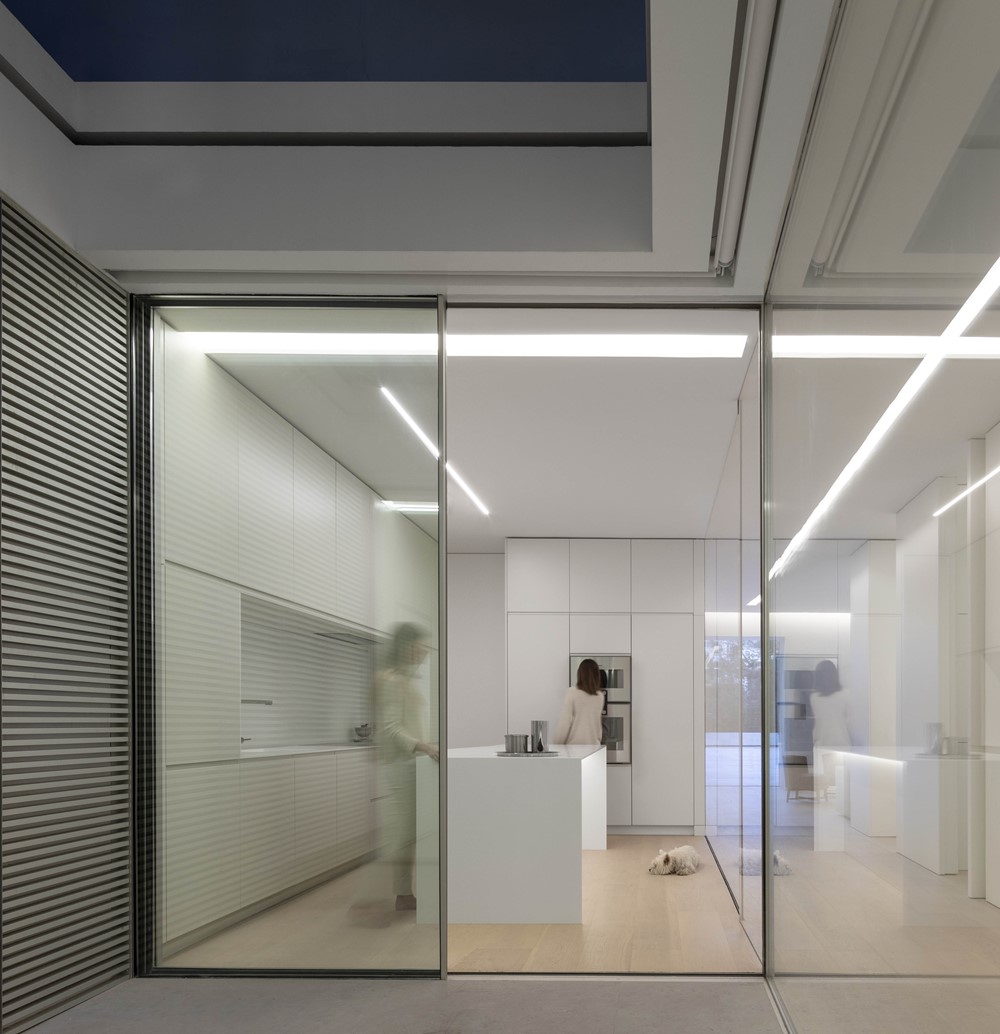 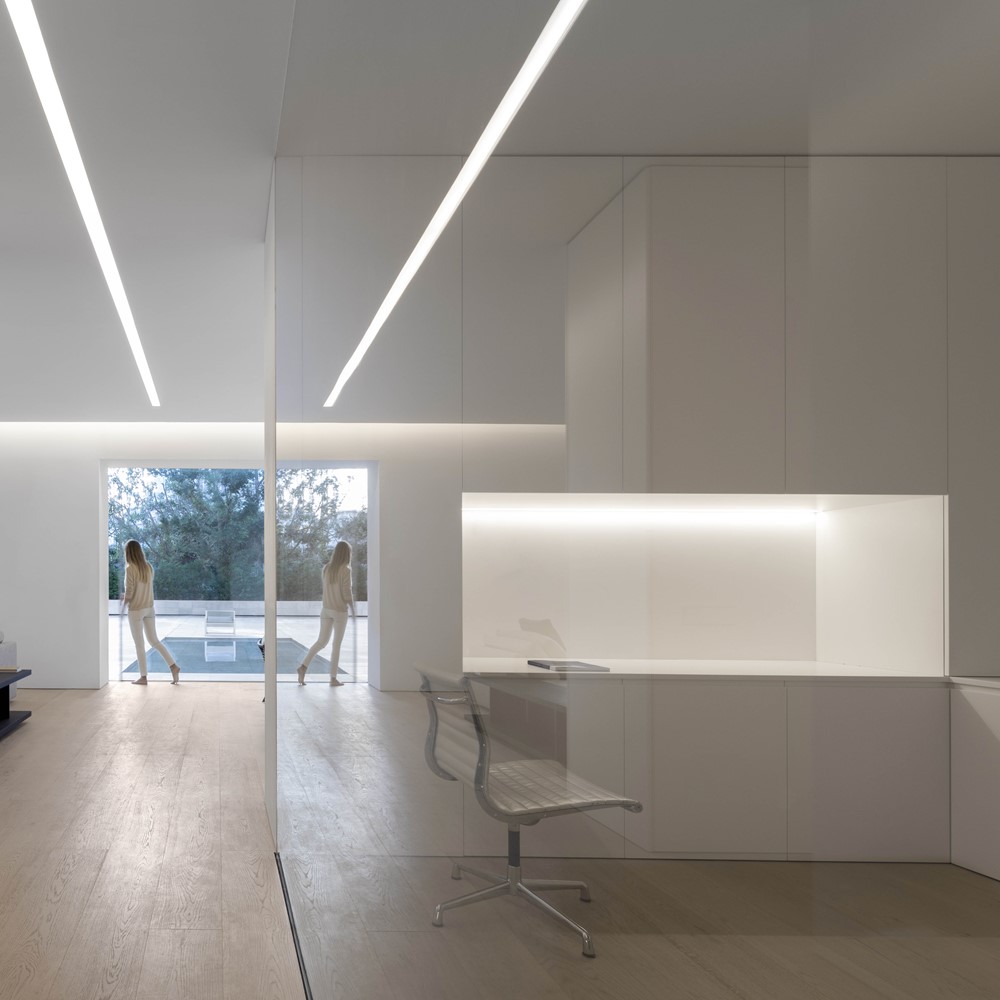 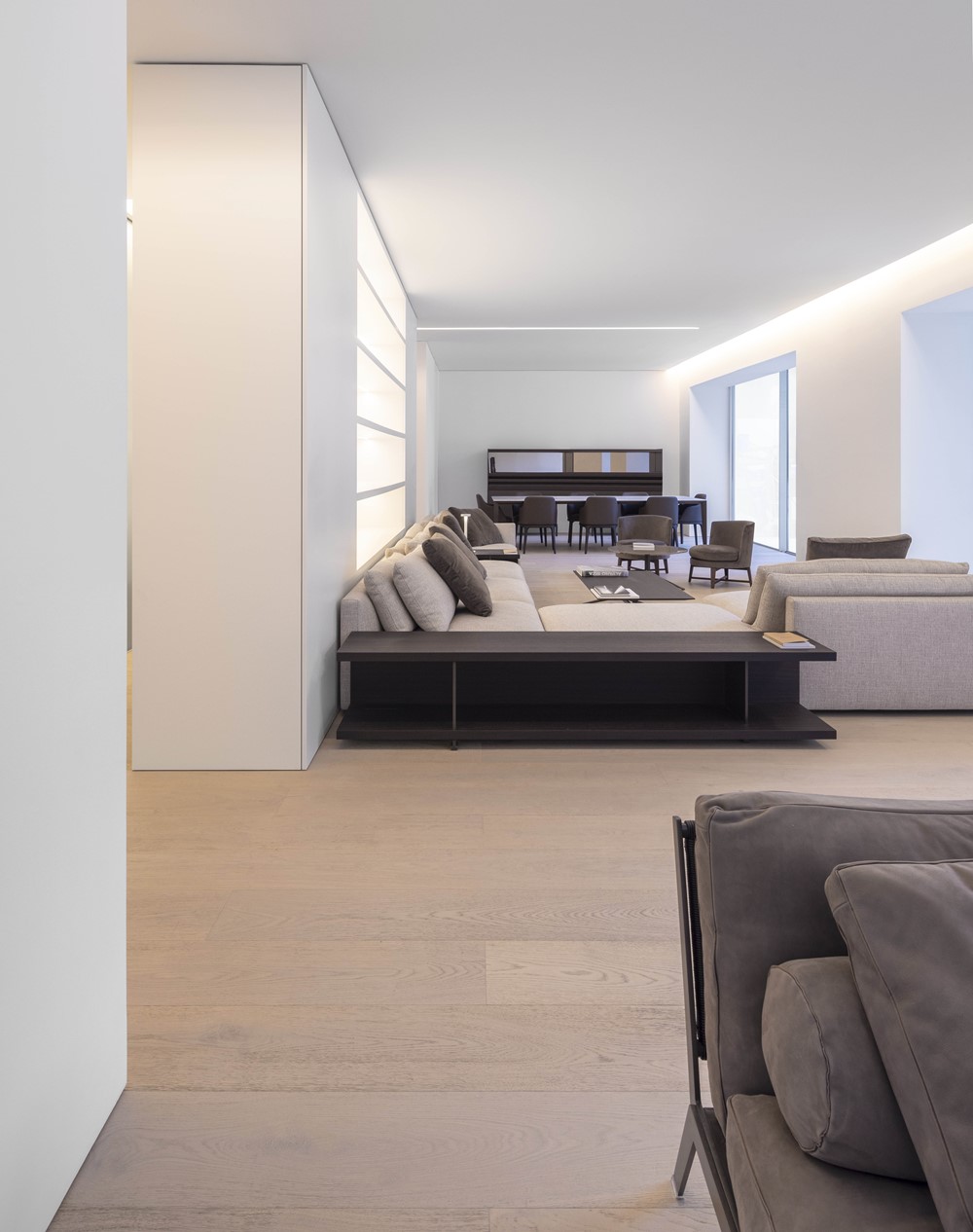 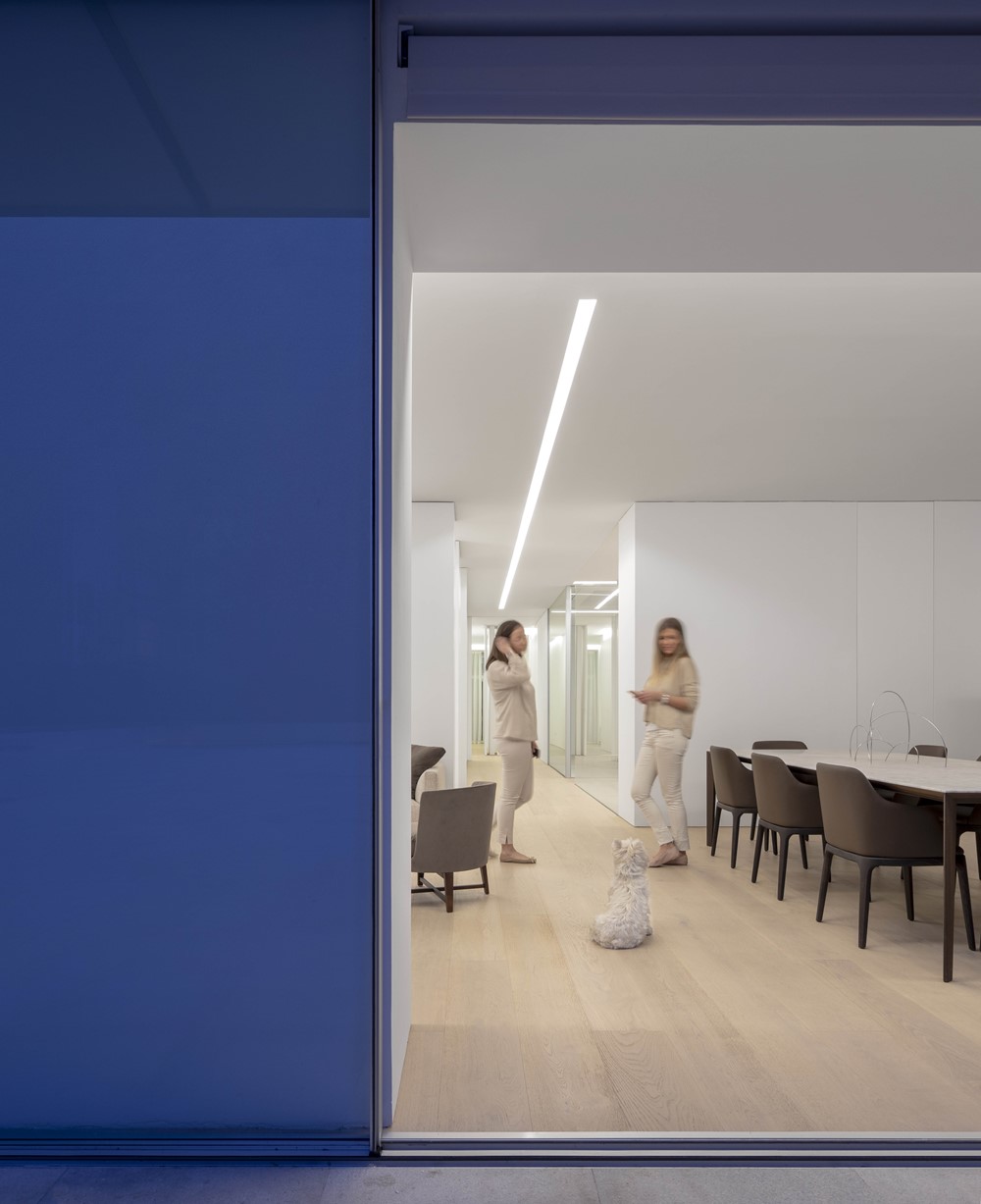 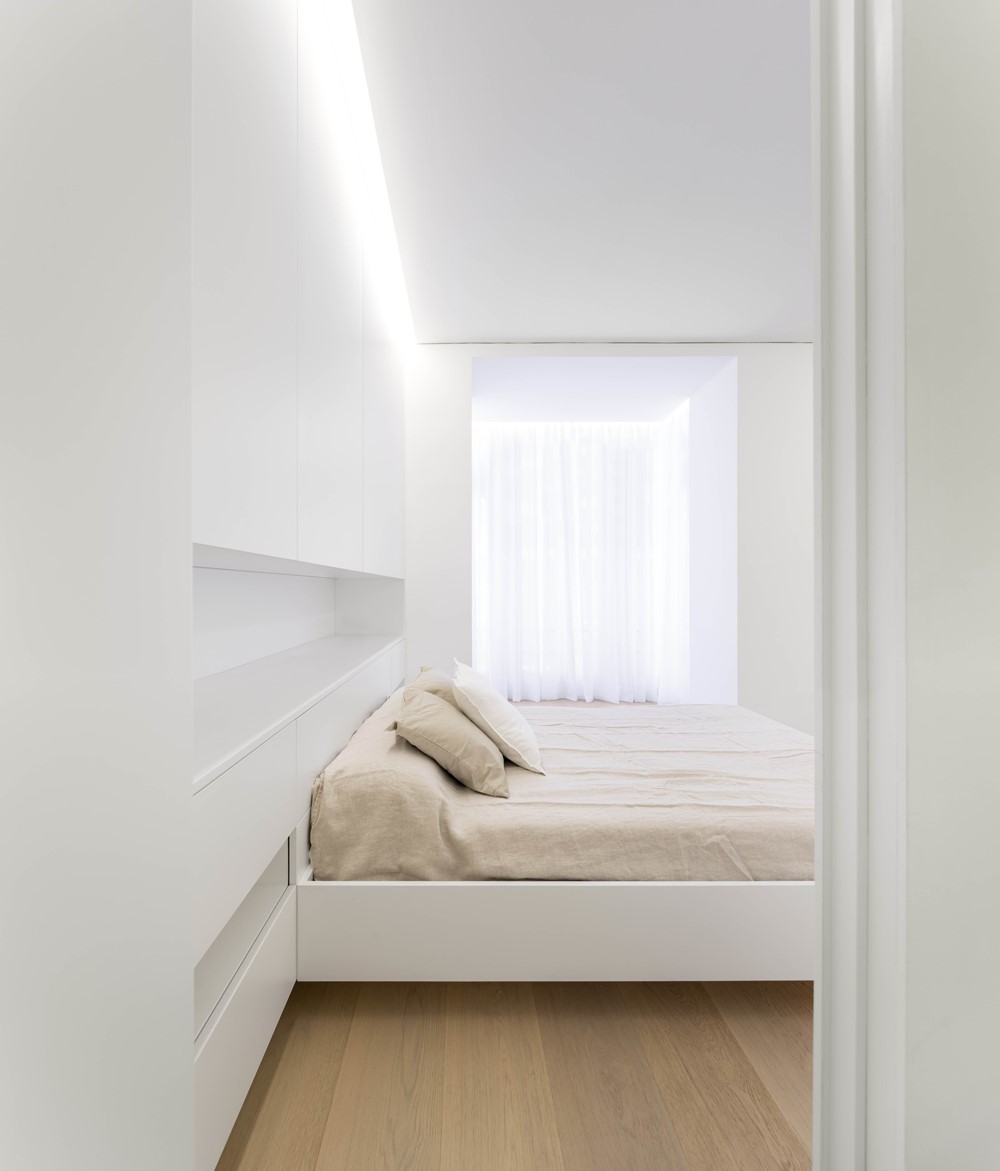 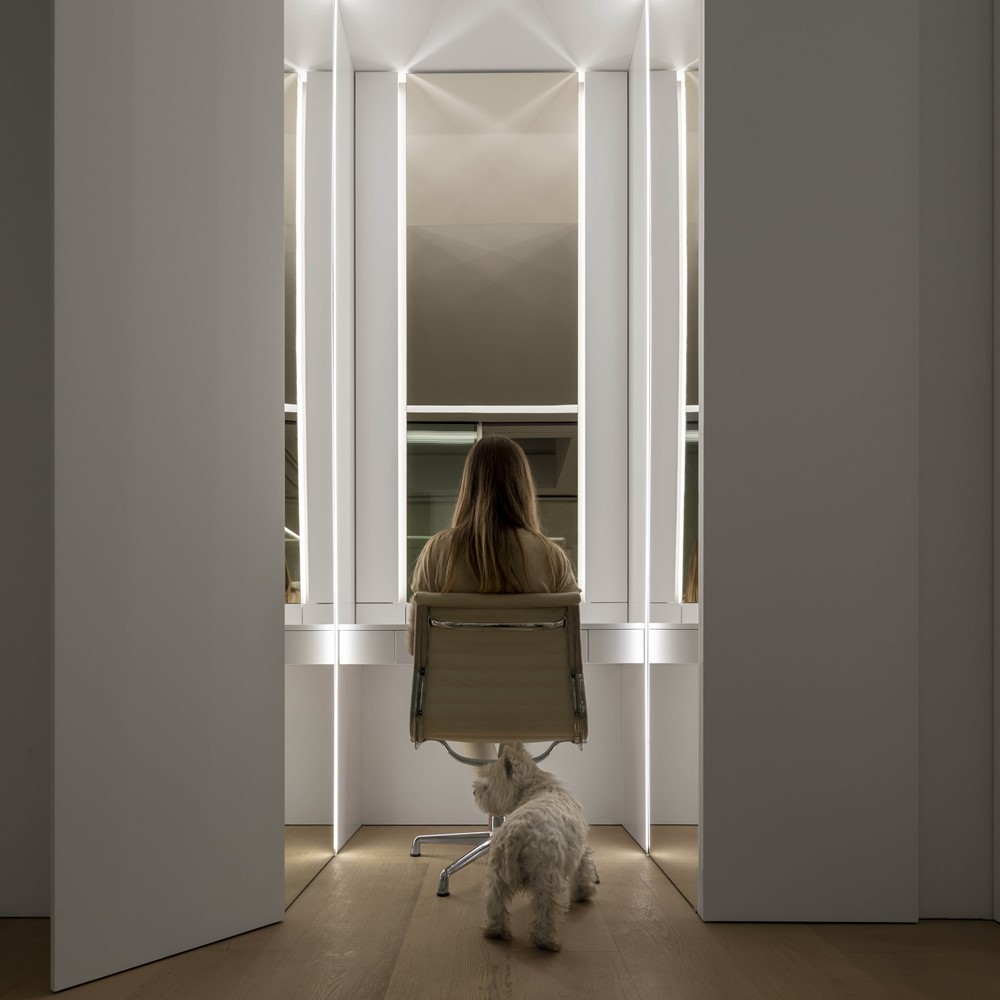 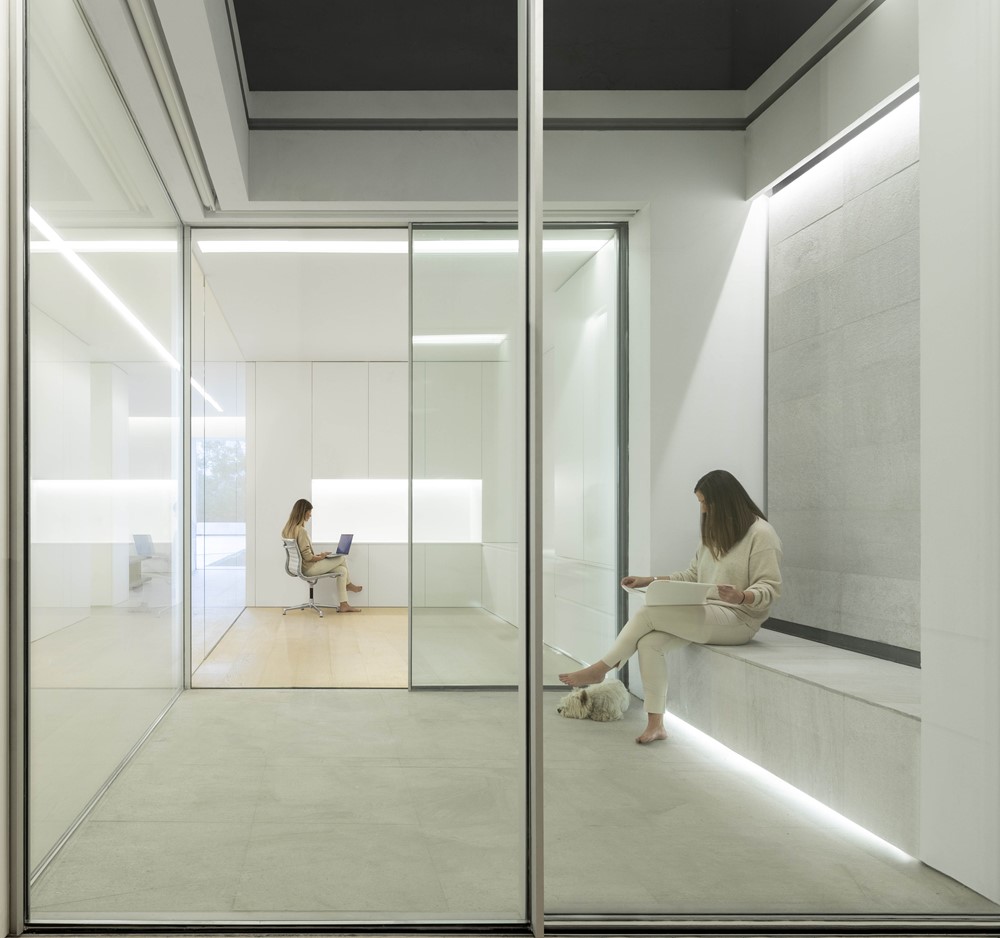 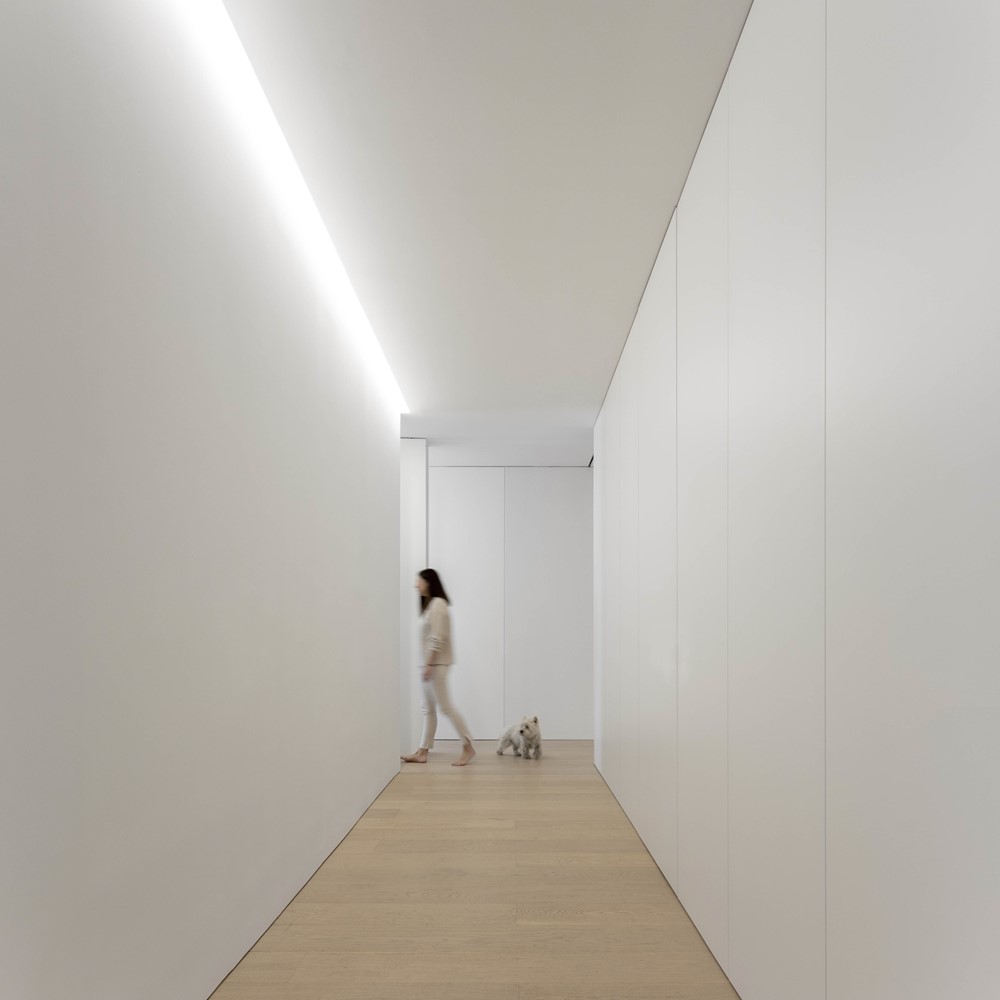 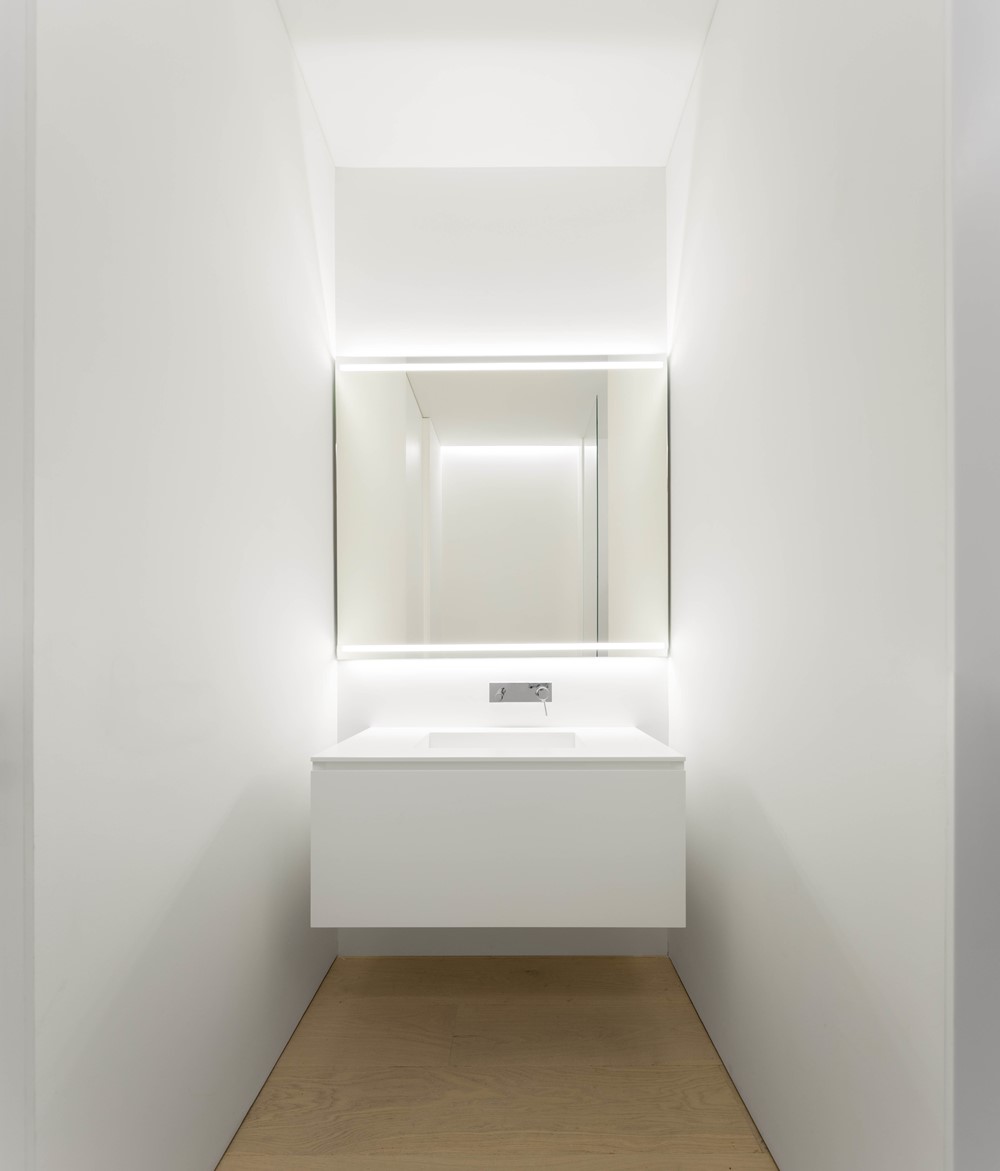 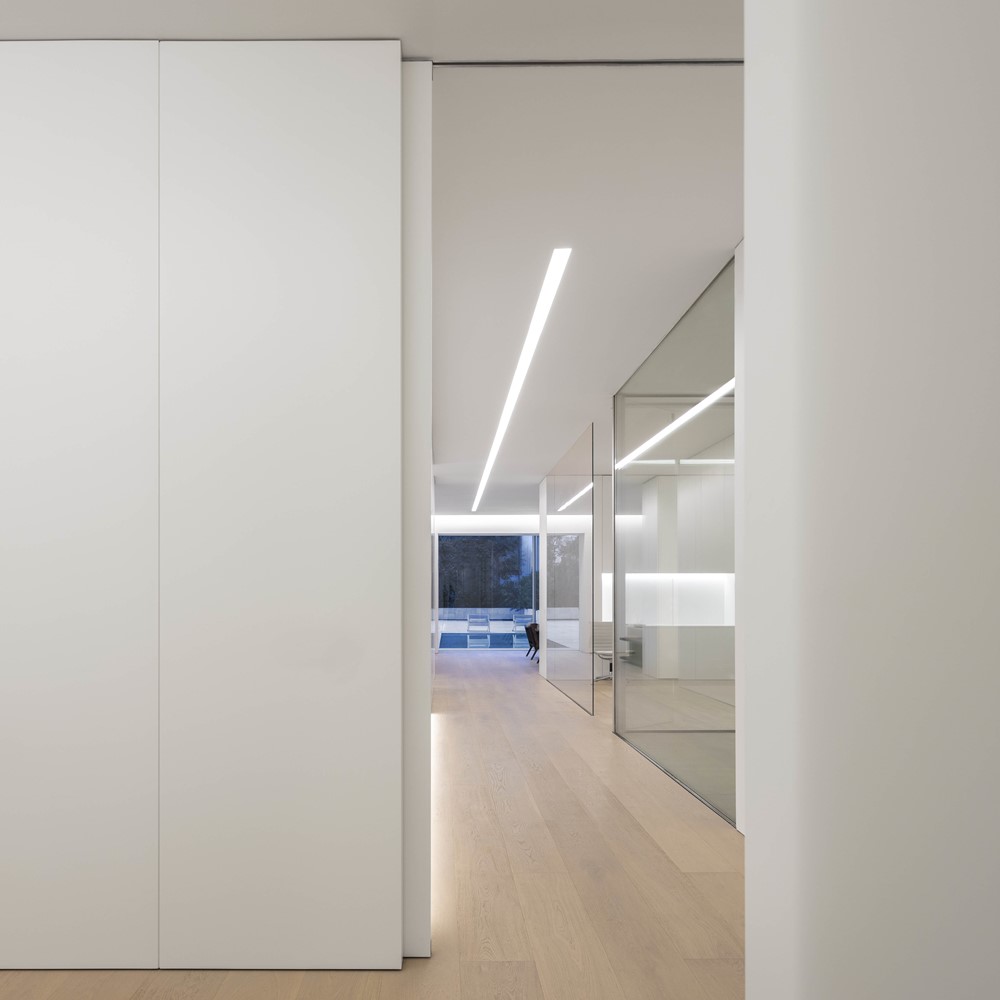 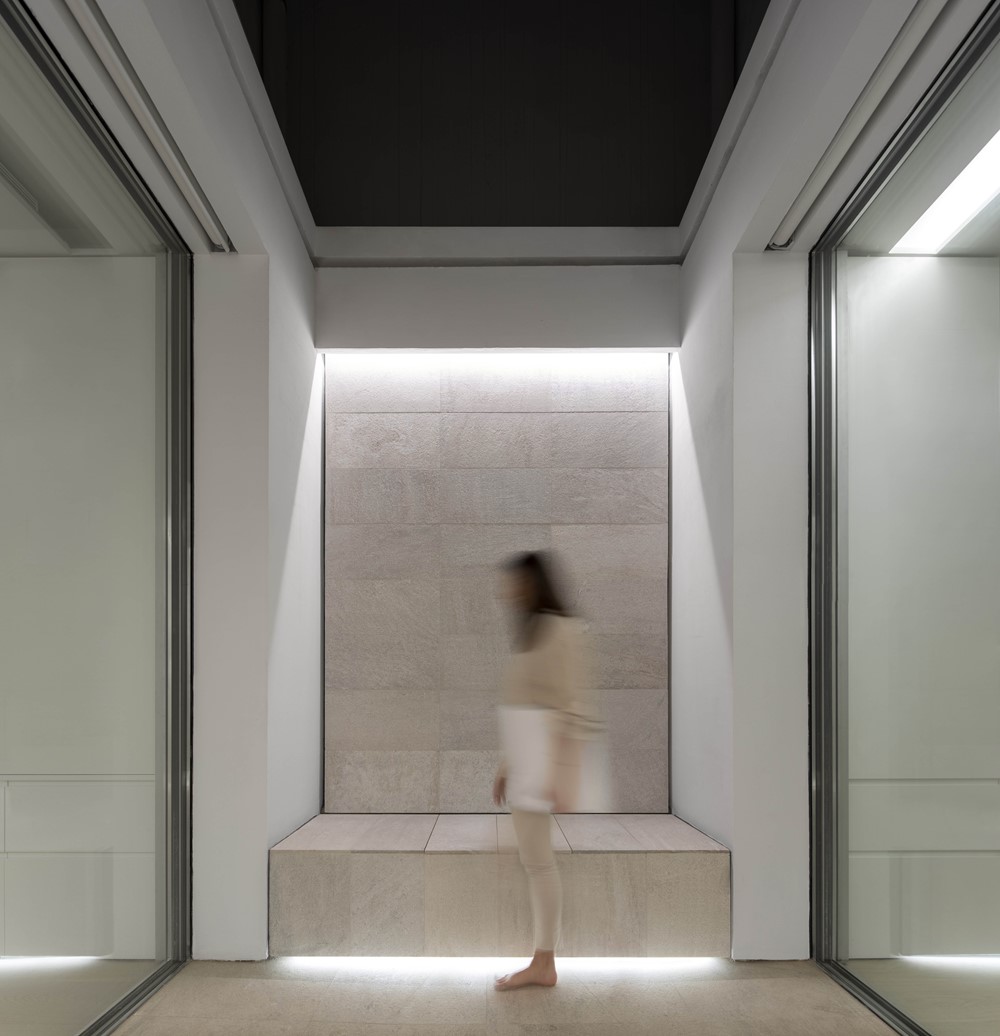 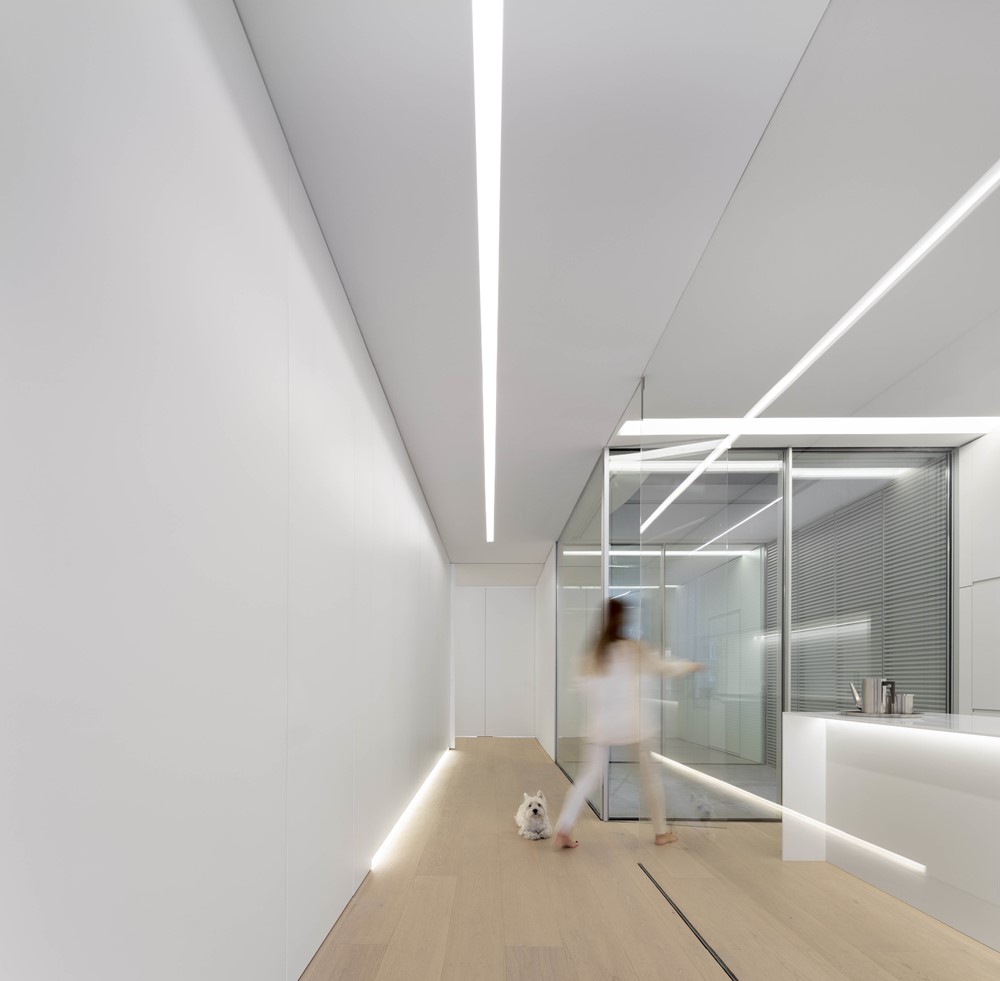 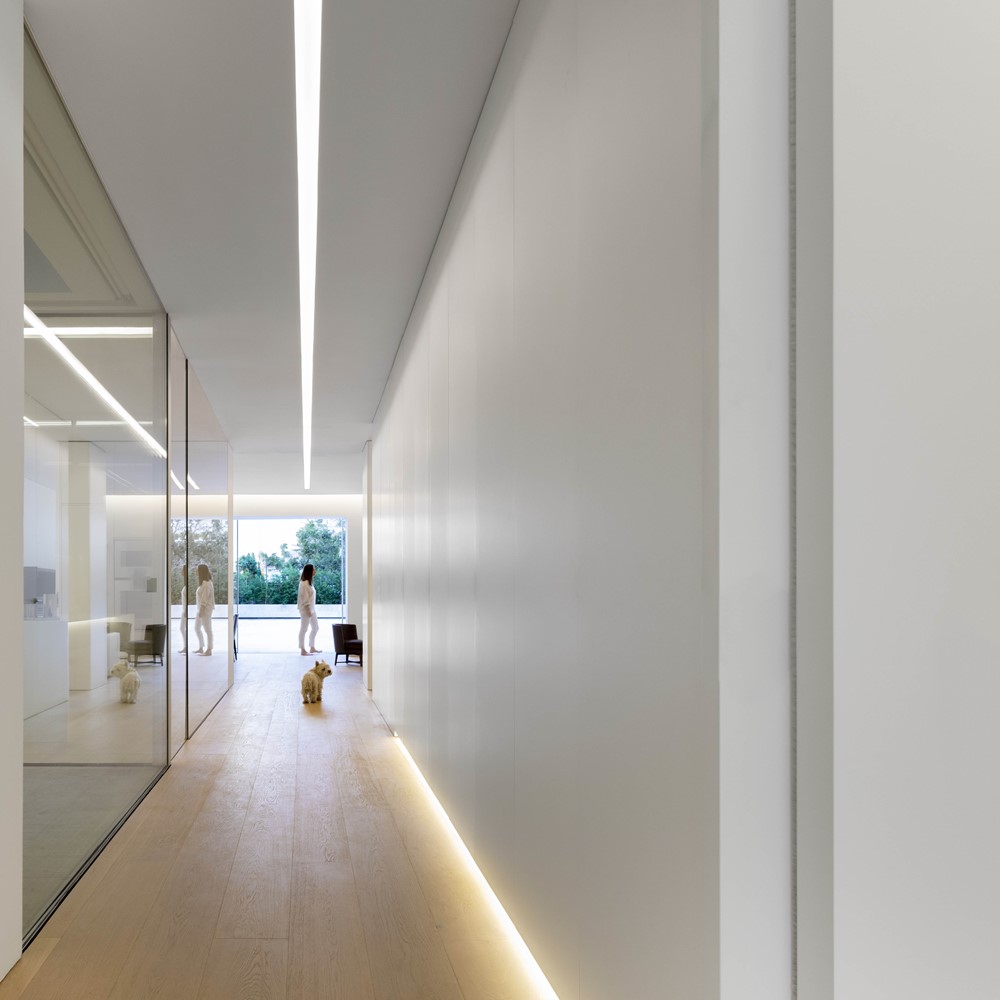 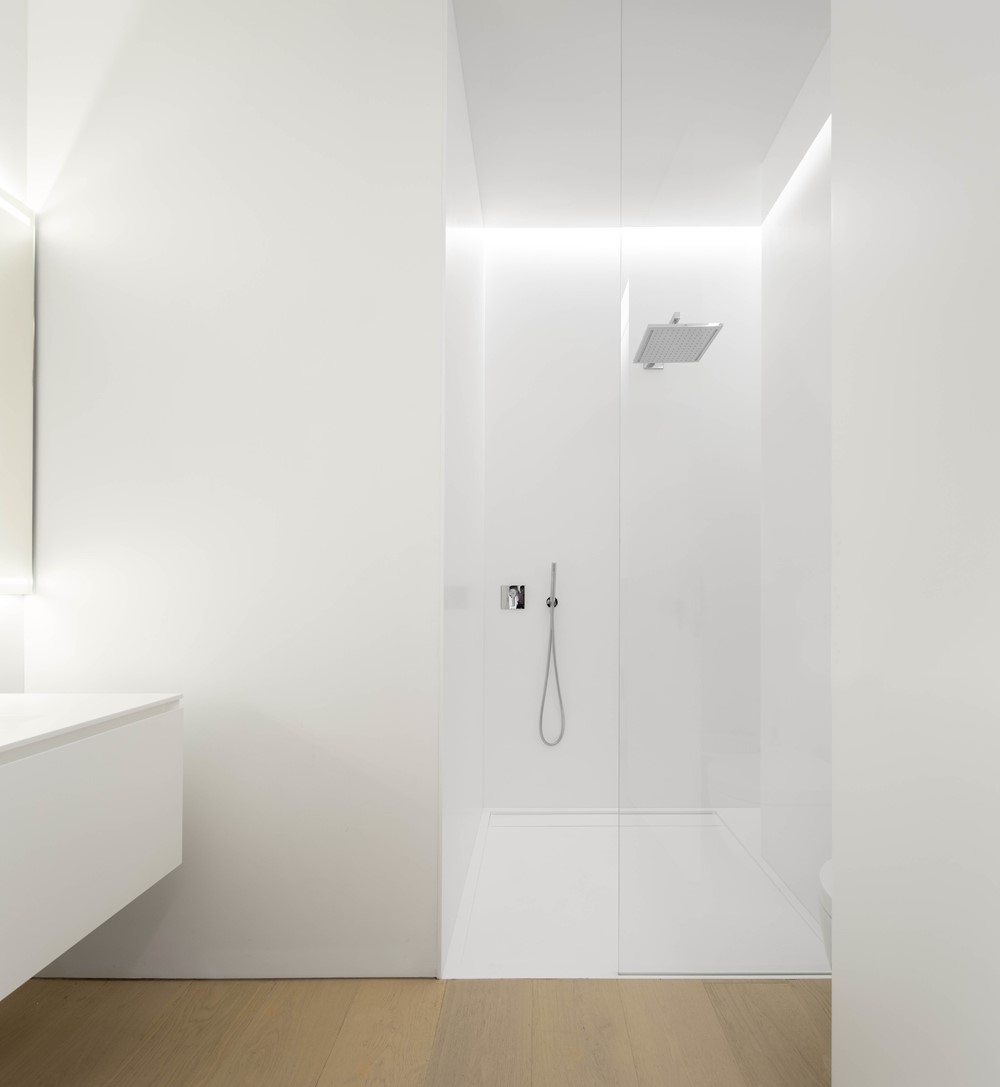 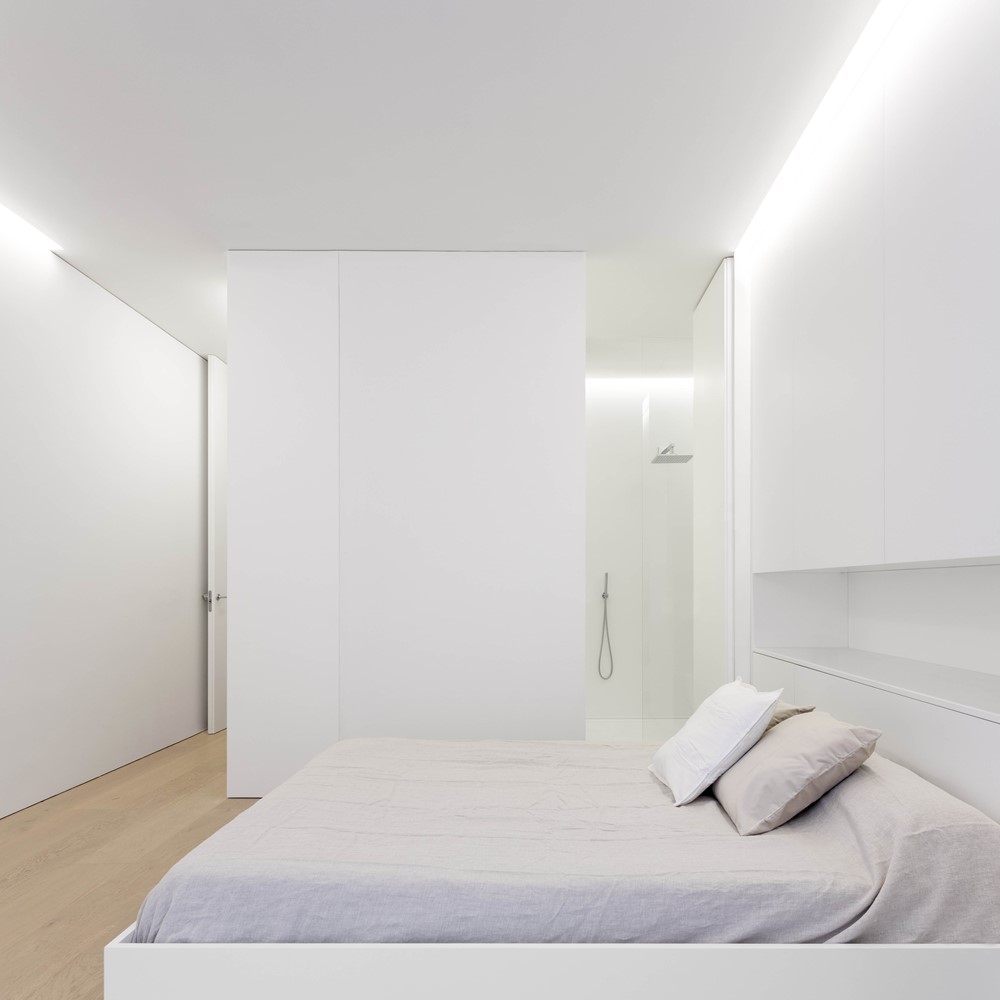 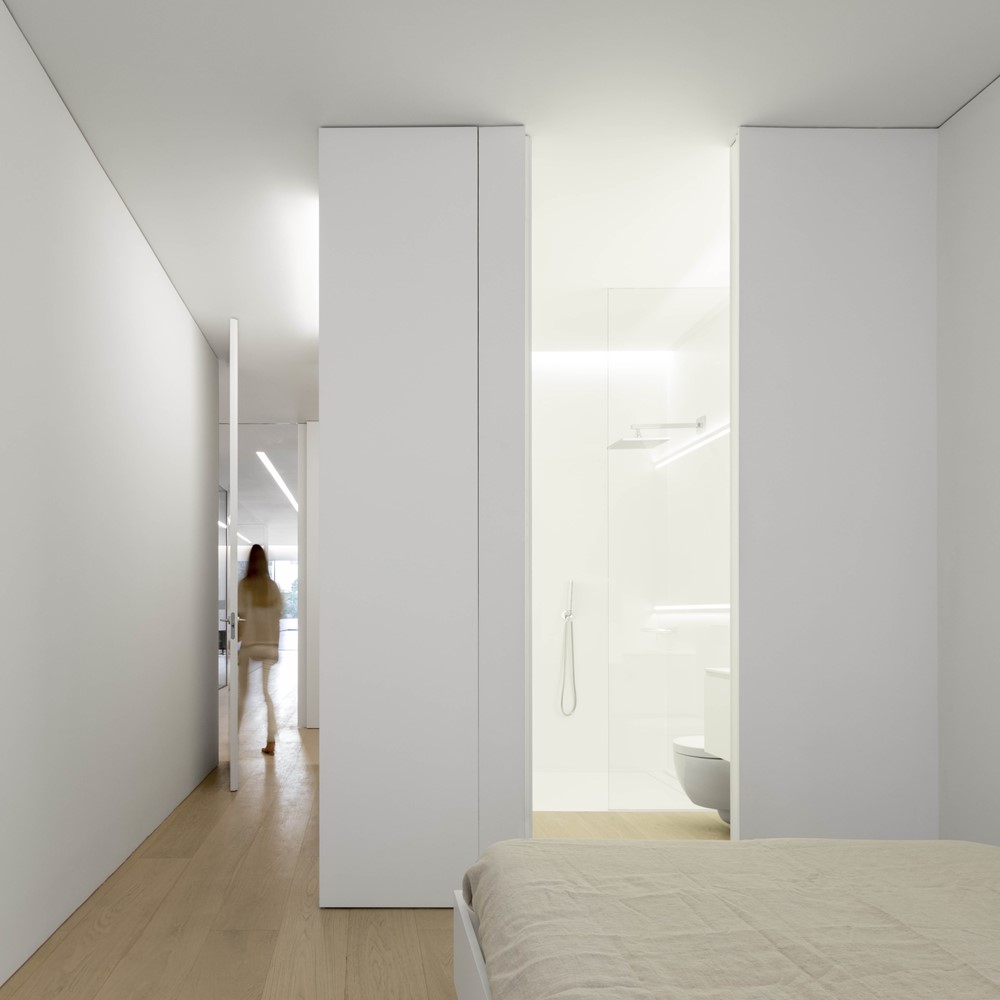 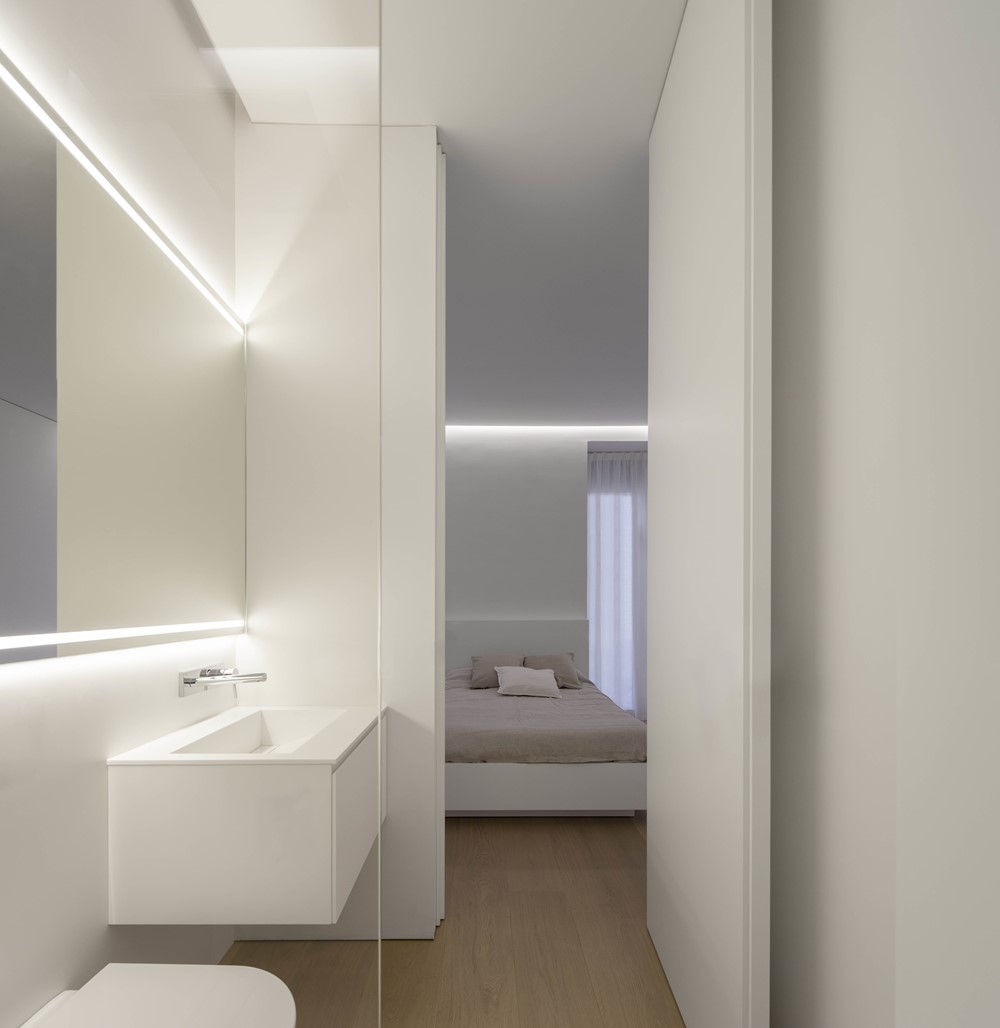 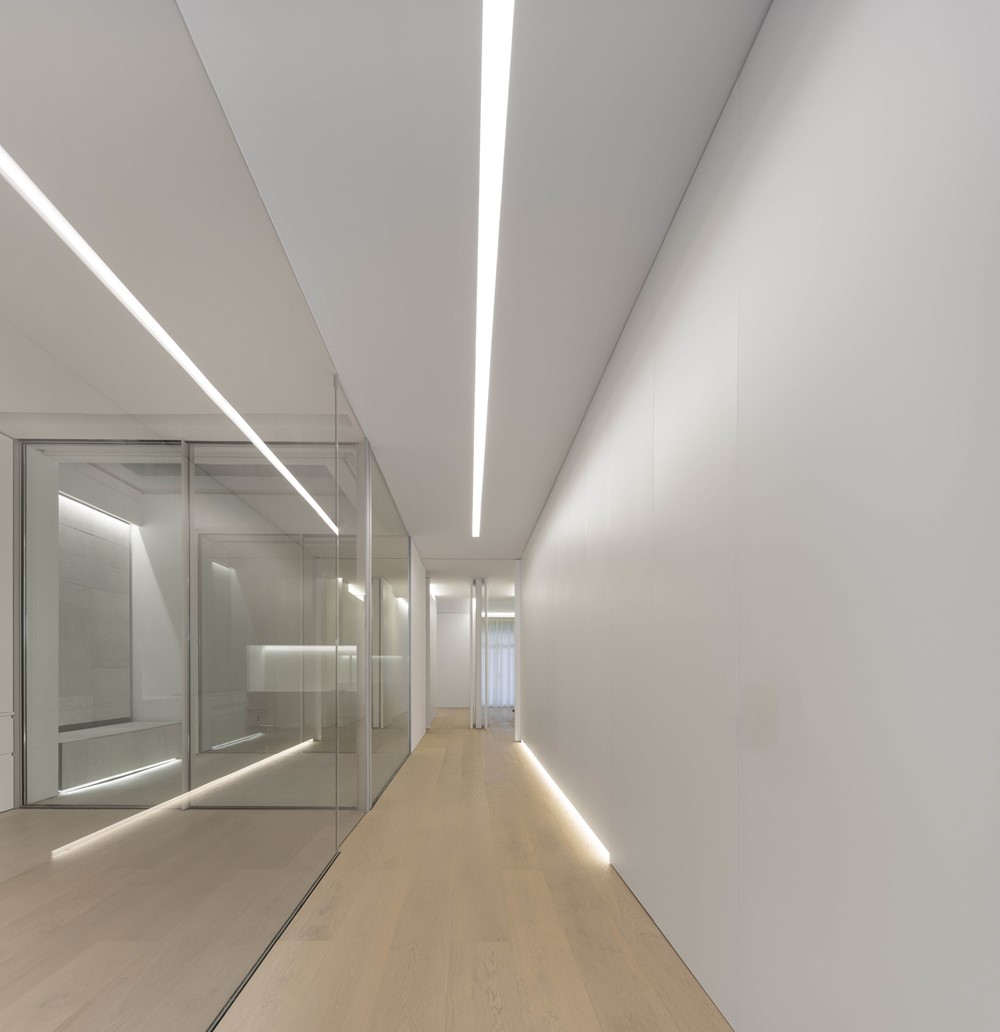 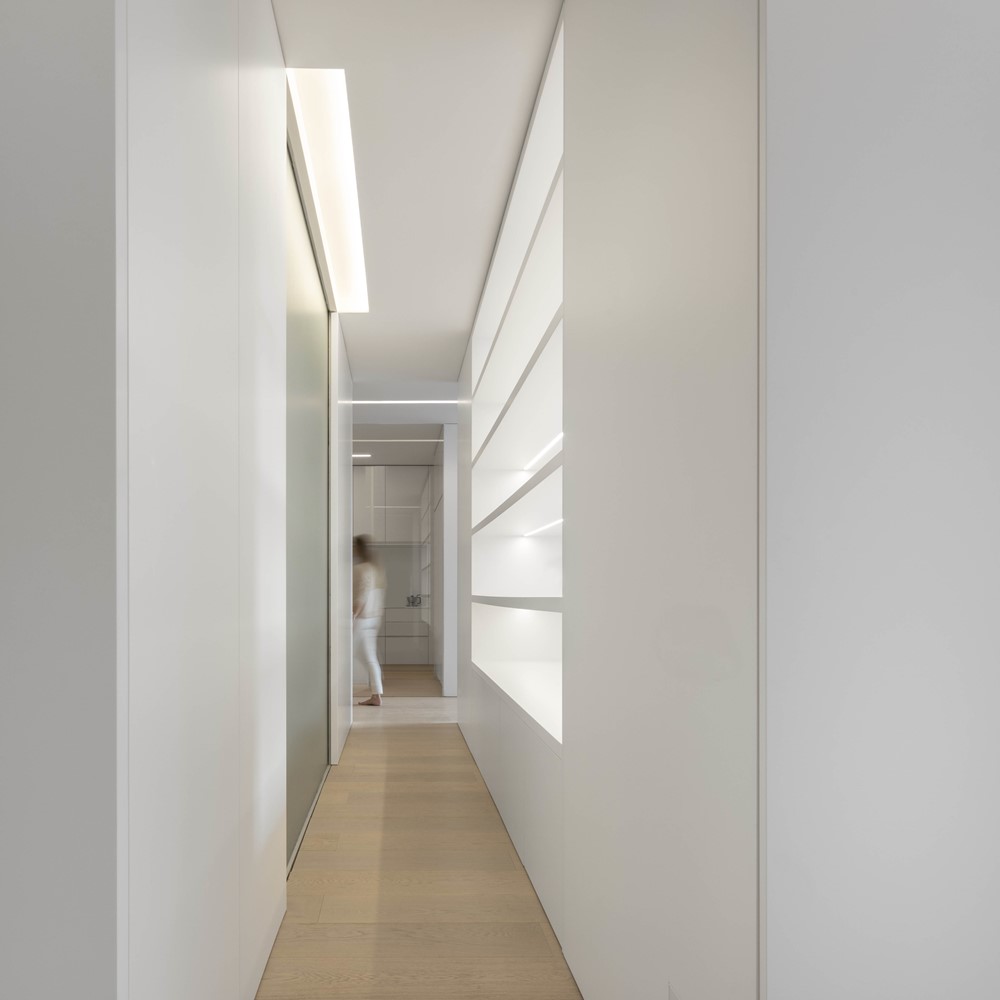 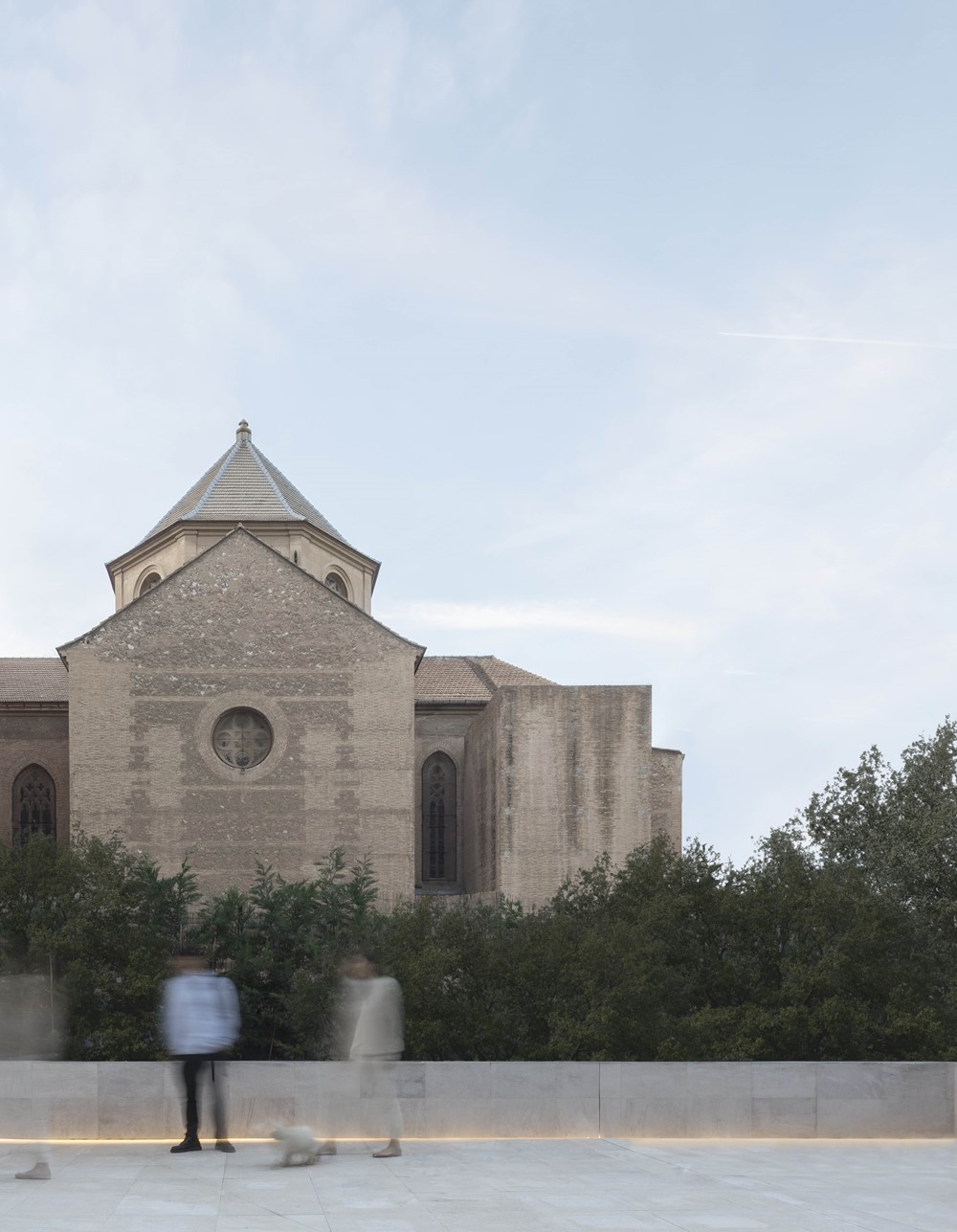 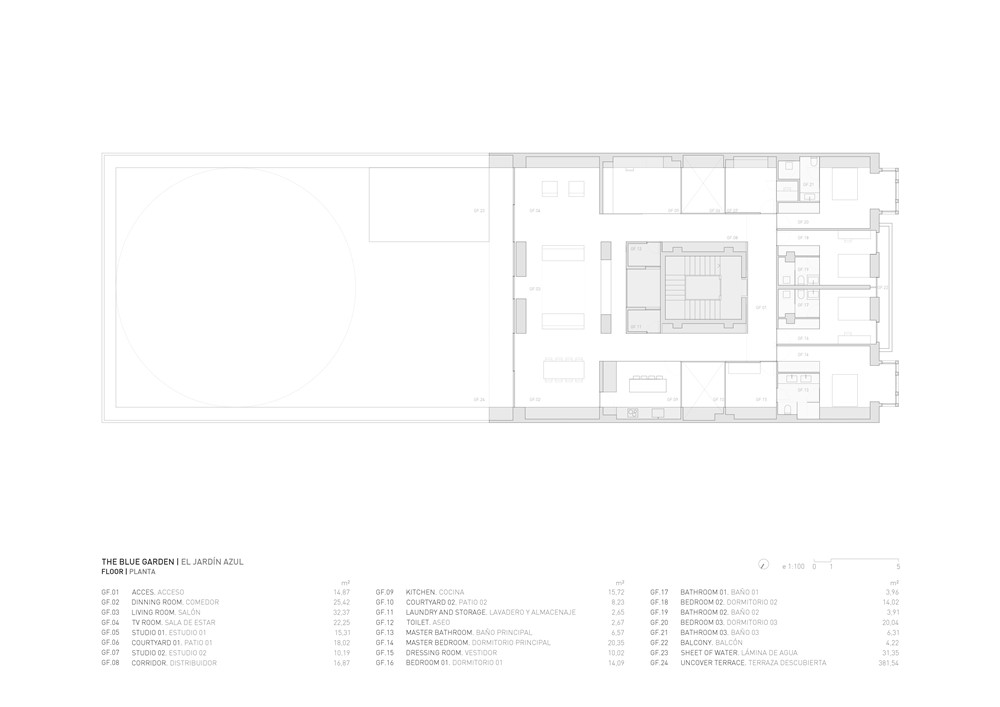 The project consists of updating a house with 400 square meters of living and 400 square meters of terrace space in the heart of the city, with a characteristic distribution of the Valencian expansion district. This type of building with a high depth of block and central patios determines the possible layout, which responds to the functional requirements of the inhabitants of the house. The intervention aims to understand the small central courtyards as an opportunity to introduce light and the sky into the centre of the house.

The different rooms are organized attached to the perimeter of the floor plan, dedicating the area around the vertical communication cores of the building for the circulation of the house. The access to the house through the main distribution of rectangular proportions is arranged parallel to the facade. Perpendicular to it, arise separate corridors with different characters: one of a public character, from which it is possible to access the kitchen and dining room; the second, private, is at the same time a corridor and library of the studios to which it gives access. Both longitudinal corridors offer us a route of more than 50 meters in length, visually connecting the street with the back terrace and the patio block.

The rooms look out onto the street, with small bay windows that existed in the original building. The day area opens out to the rear terrace, generating a continuity between the interior and the exterior of the house, where there are two landscaping planes as well as a sheet of water, which enable us to enjoy a garden in the middle of the city, that overtime is intended to be colonized with different varieties of plants that have in common the blue colour.