This five-unit seafront apartment building, designed by SAOTA with interior architecture by ARRCC, is located in the southern suburbs of Athens at the gateway to the Athens Riviera. It overlooks the beach and the Aegean Sea with views towards Aegina and the distant hills of Poros, while the Hymettus Mountain rises behind it. Photography by Vangelis Paterakis & Panagiotis Voumvakis. 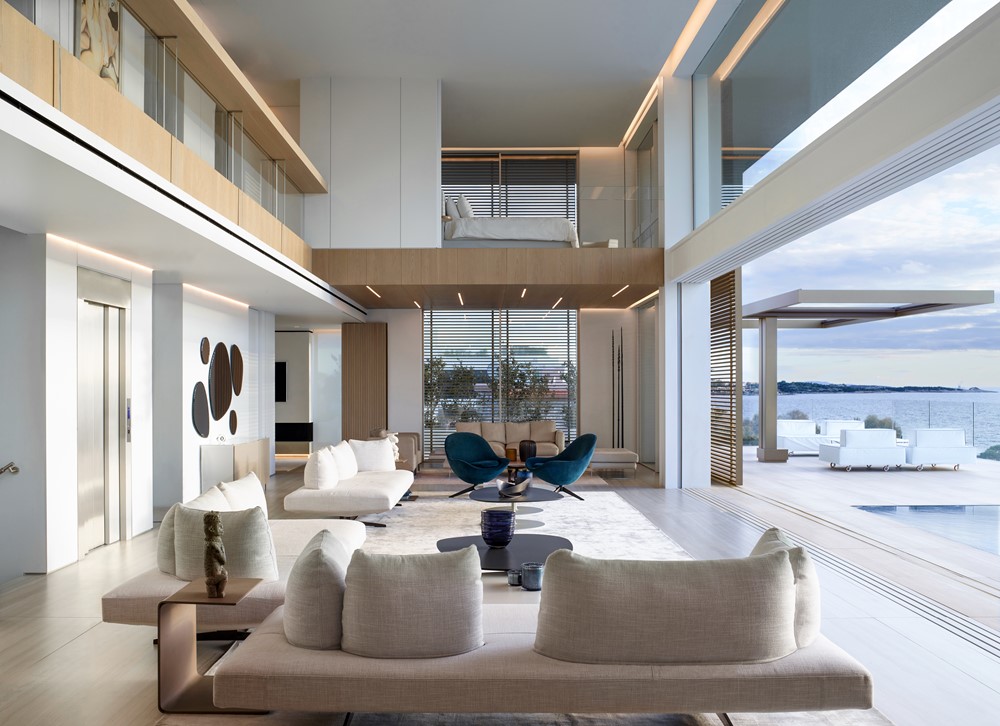 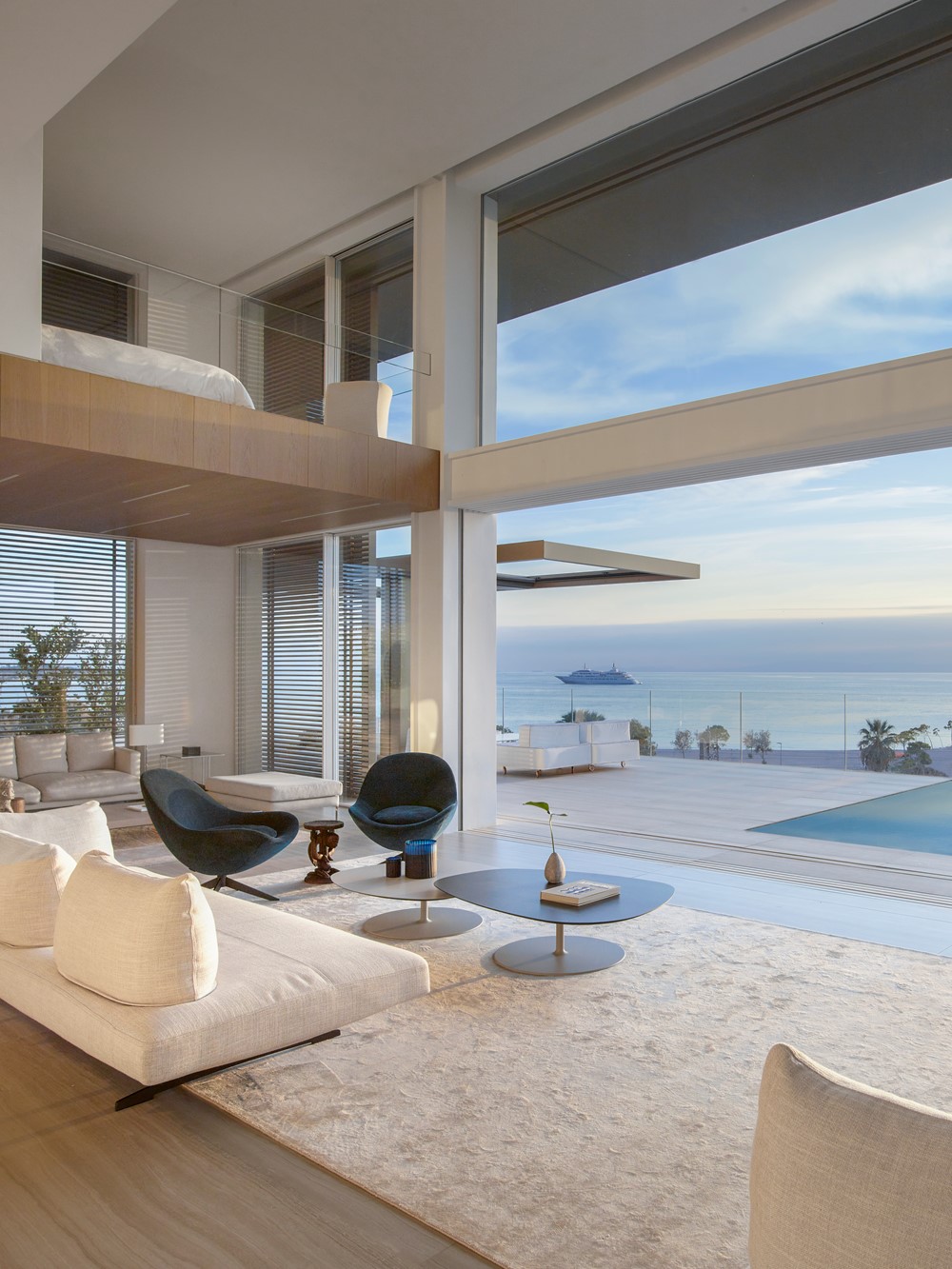 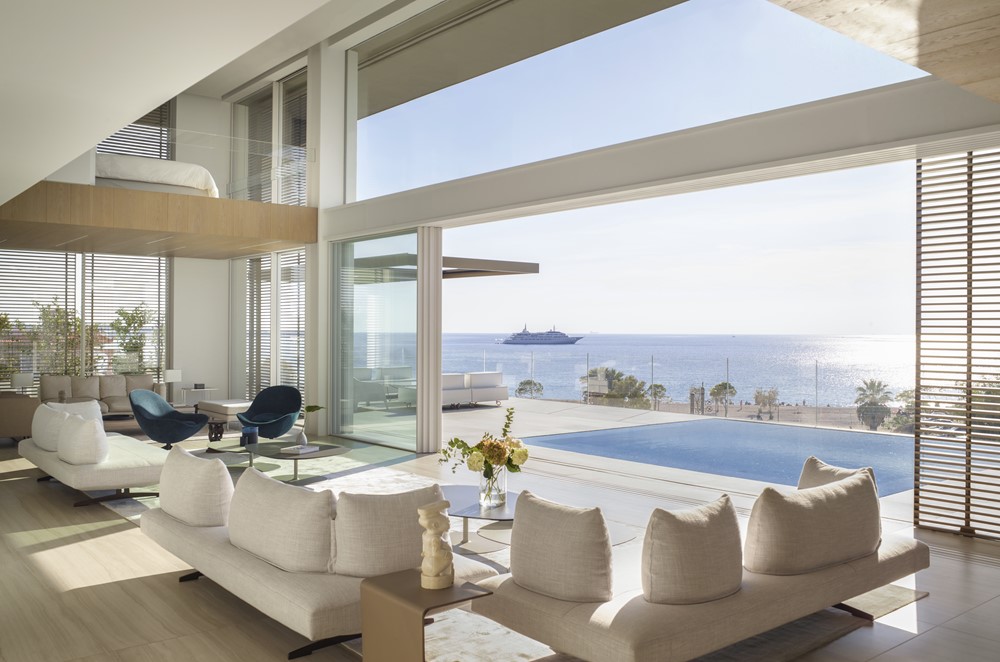 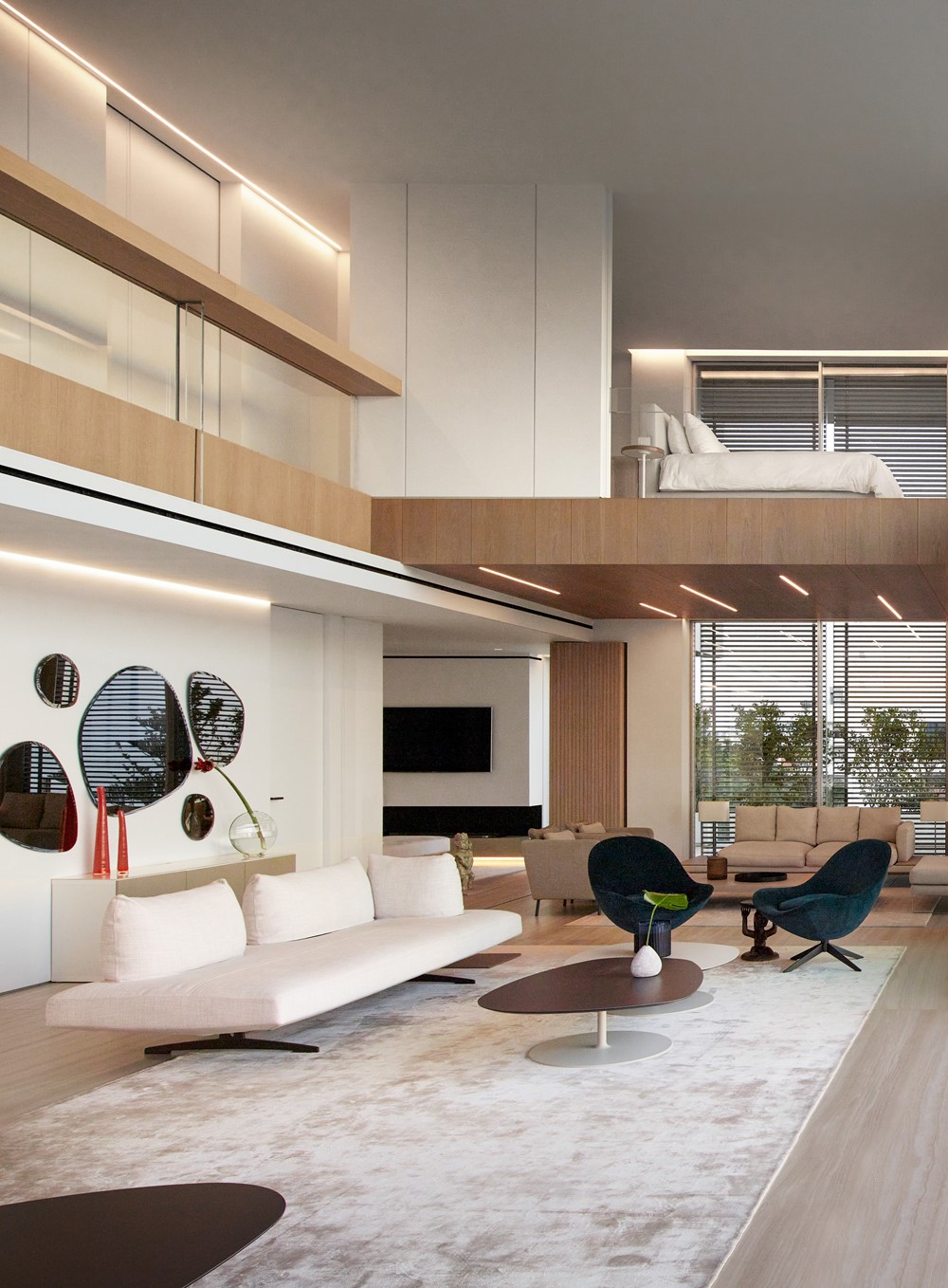 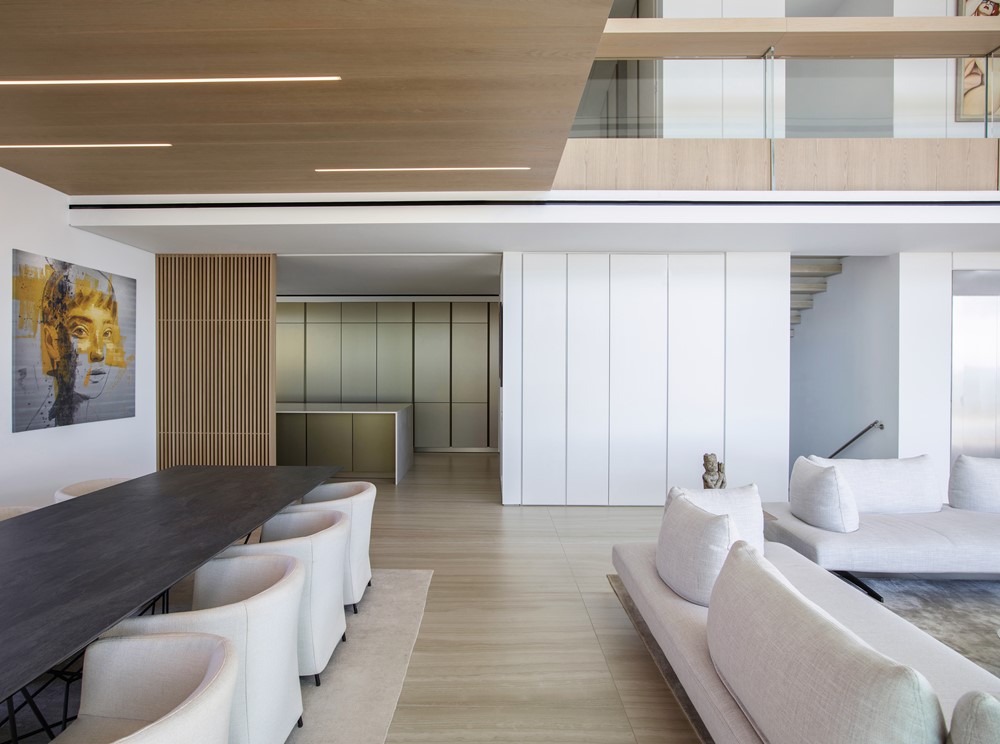 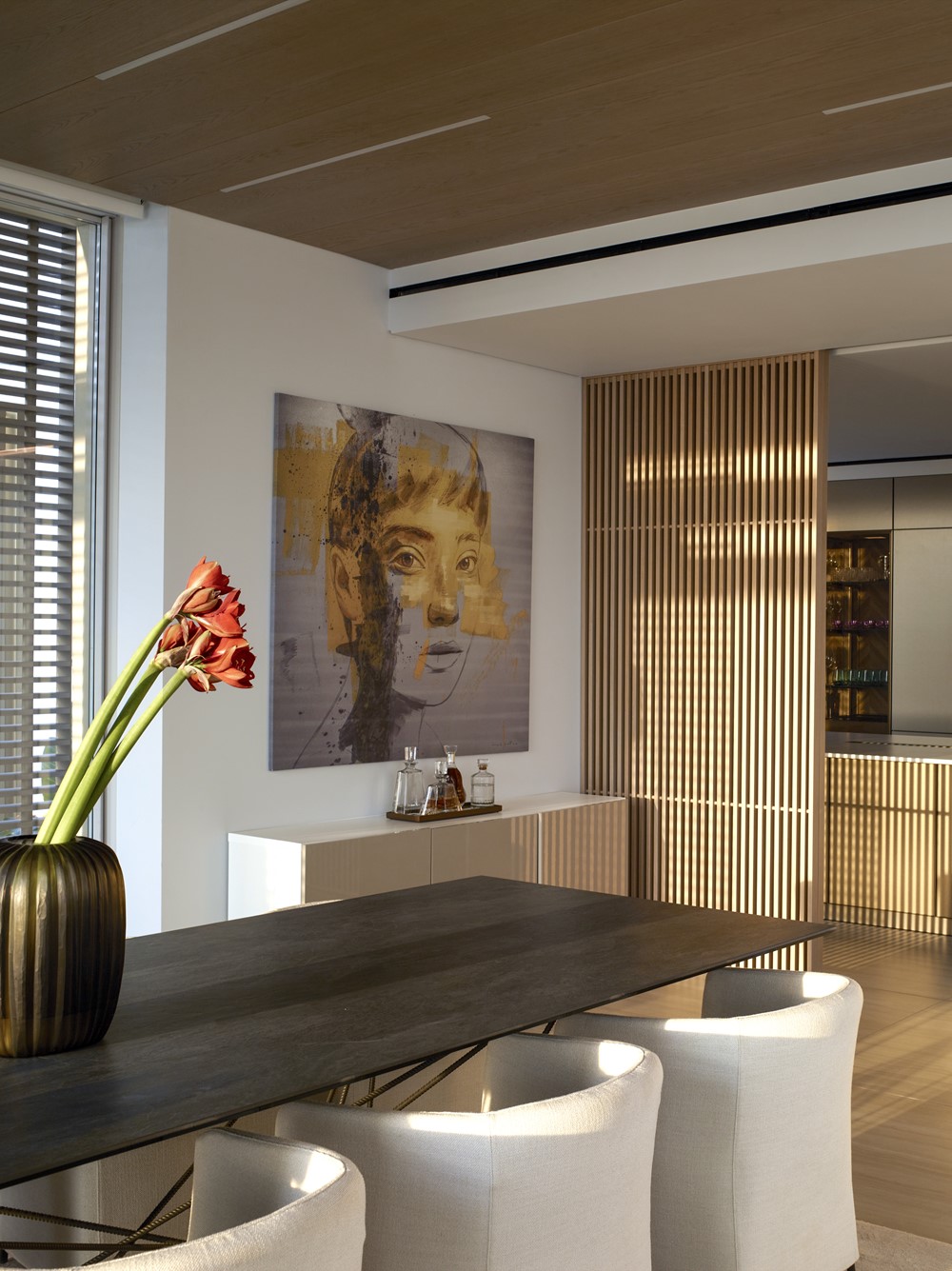 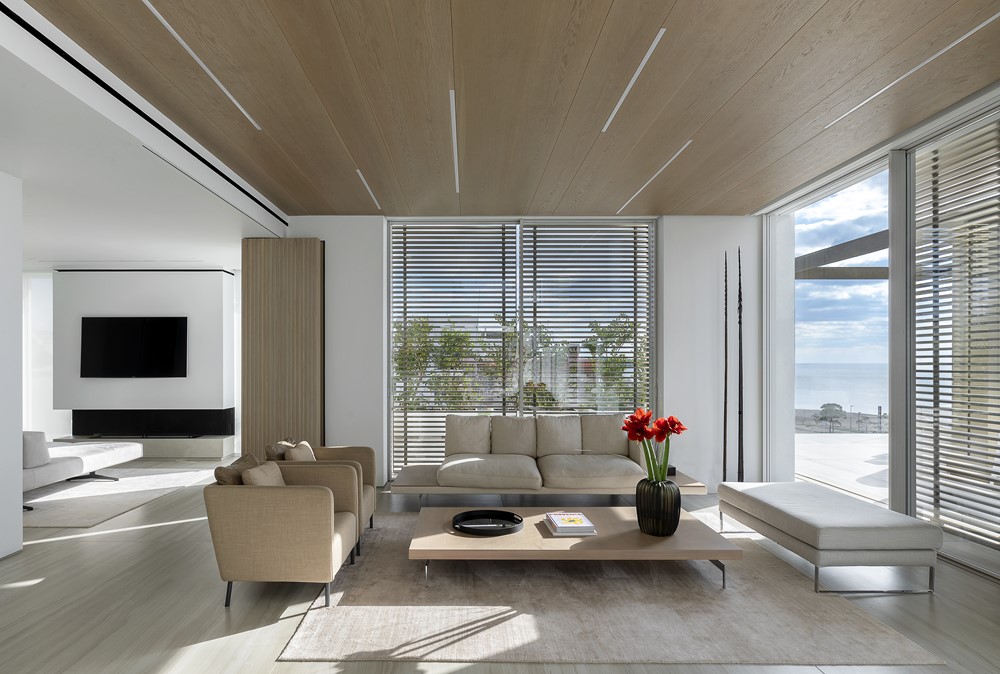 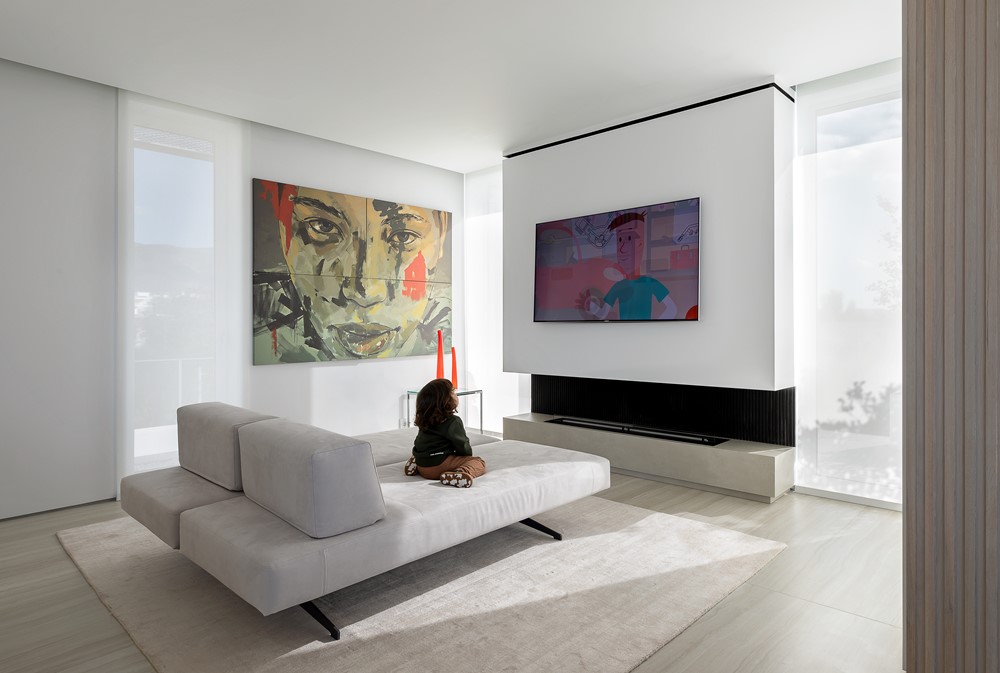 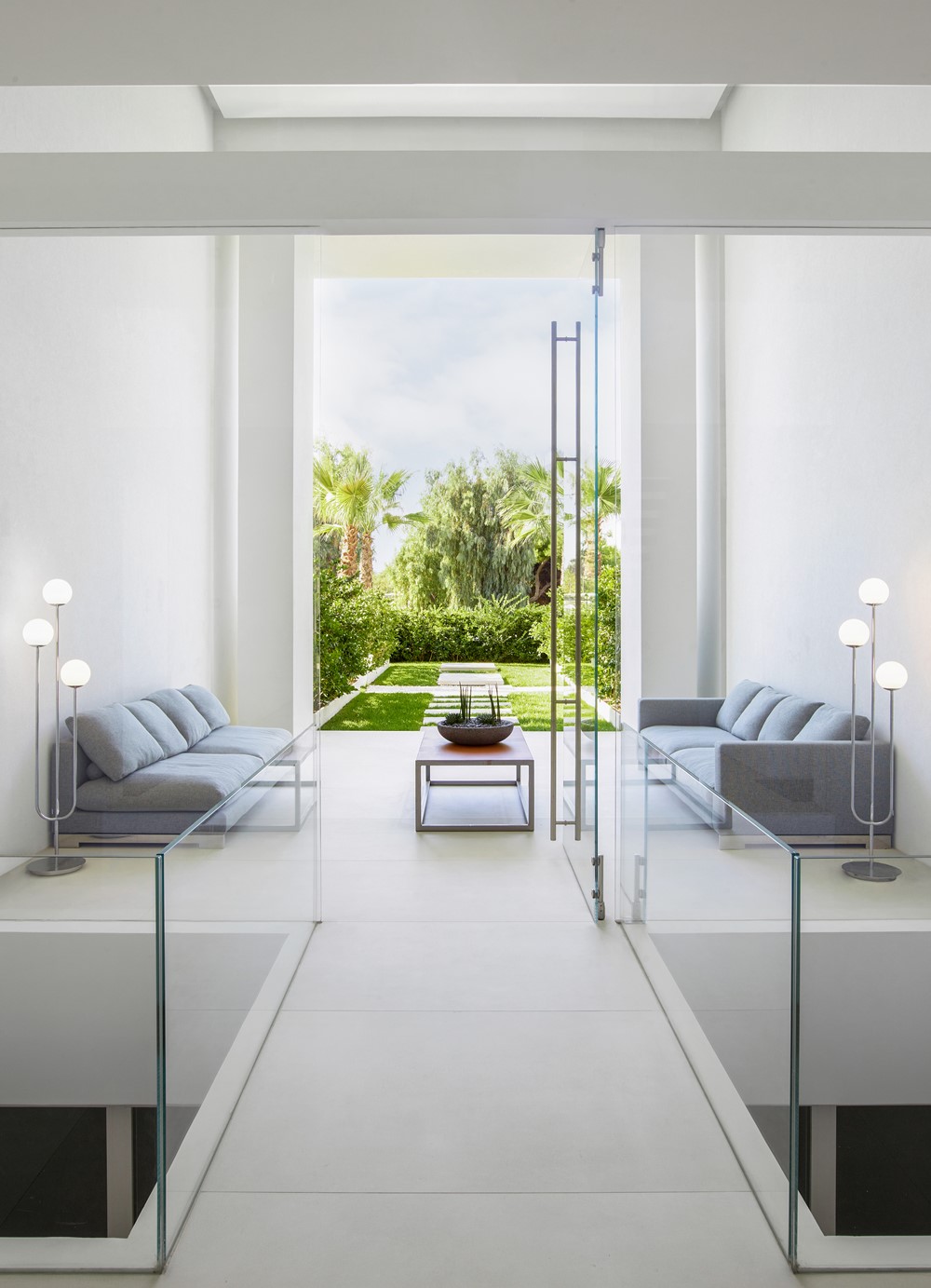 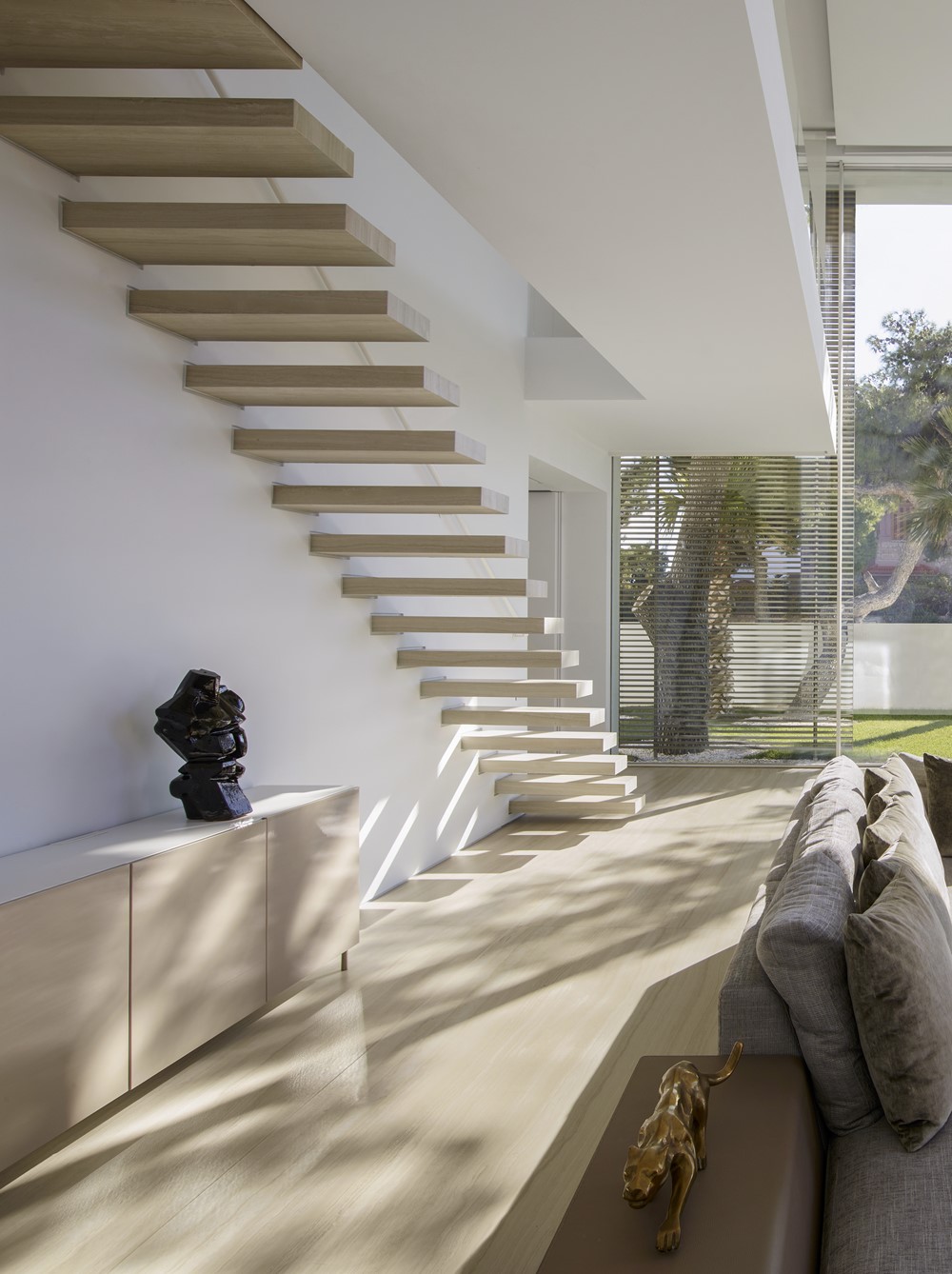 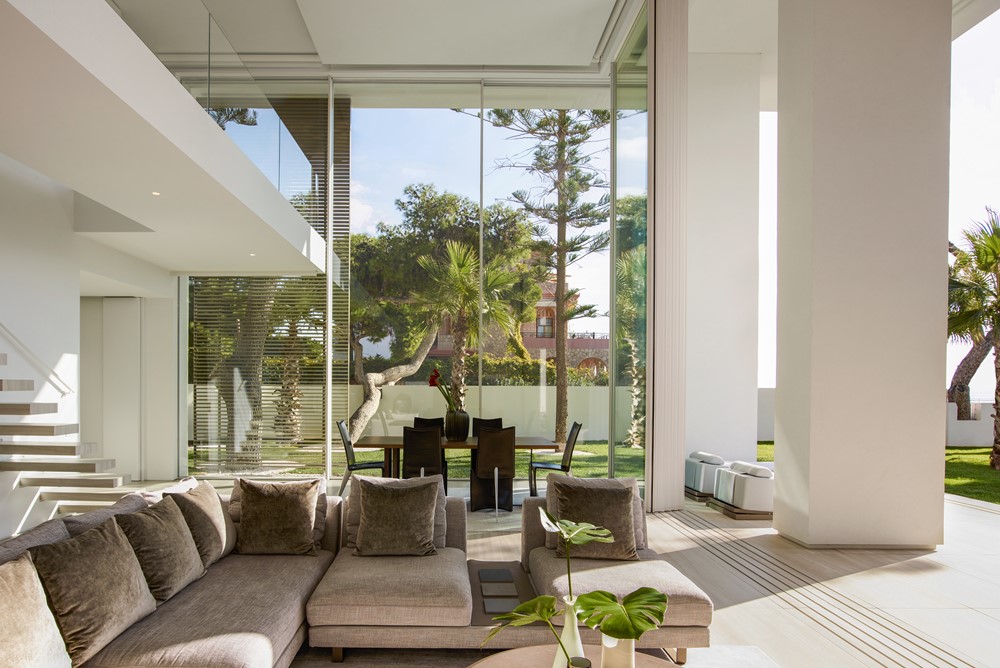 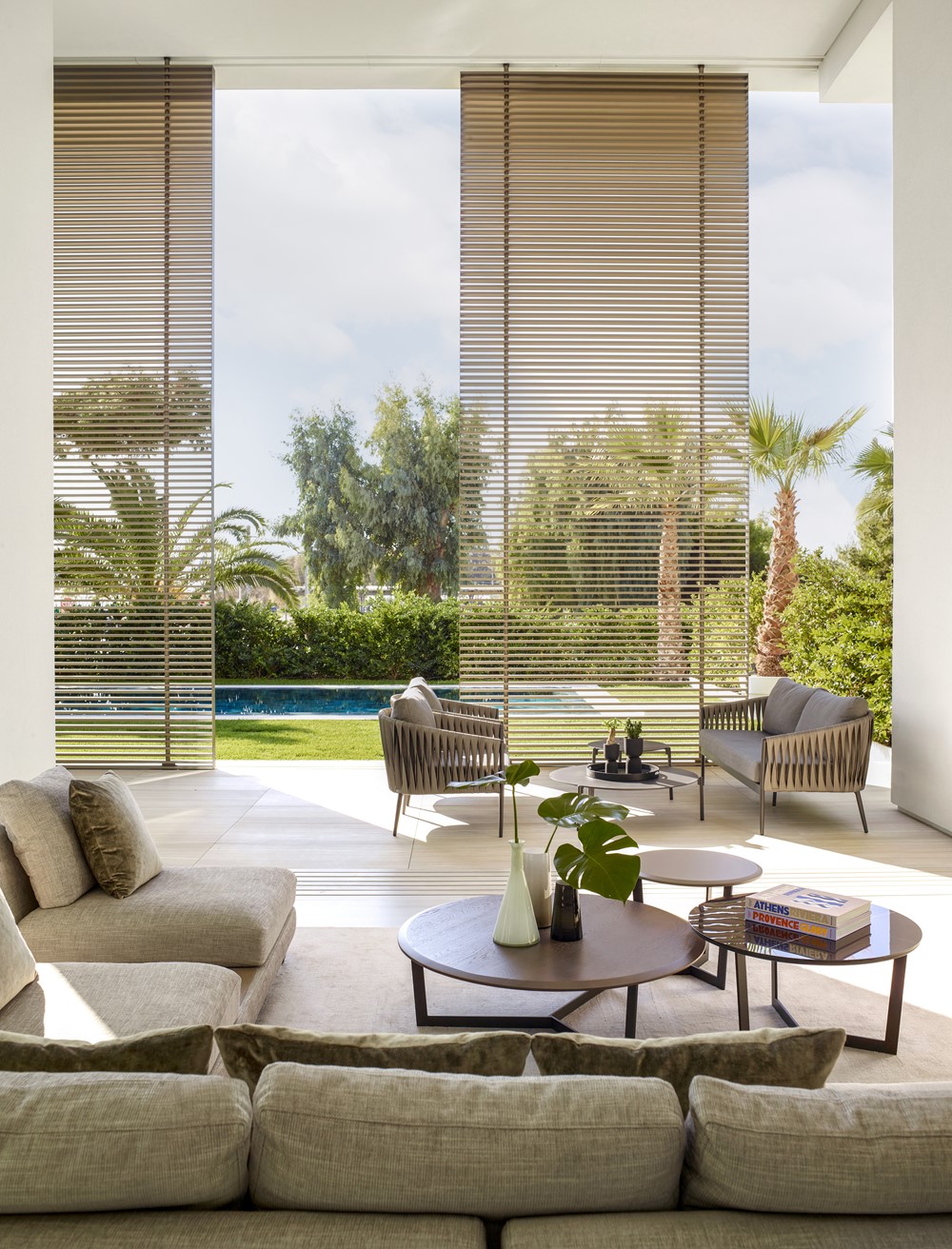 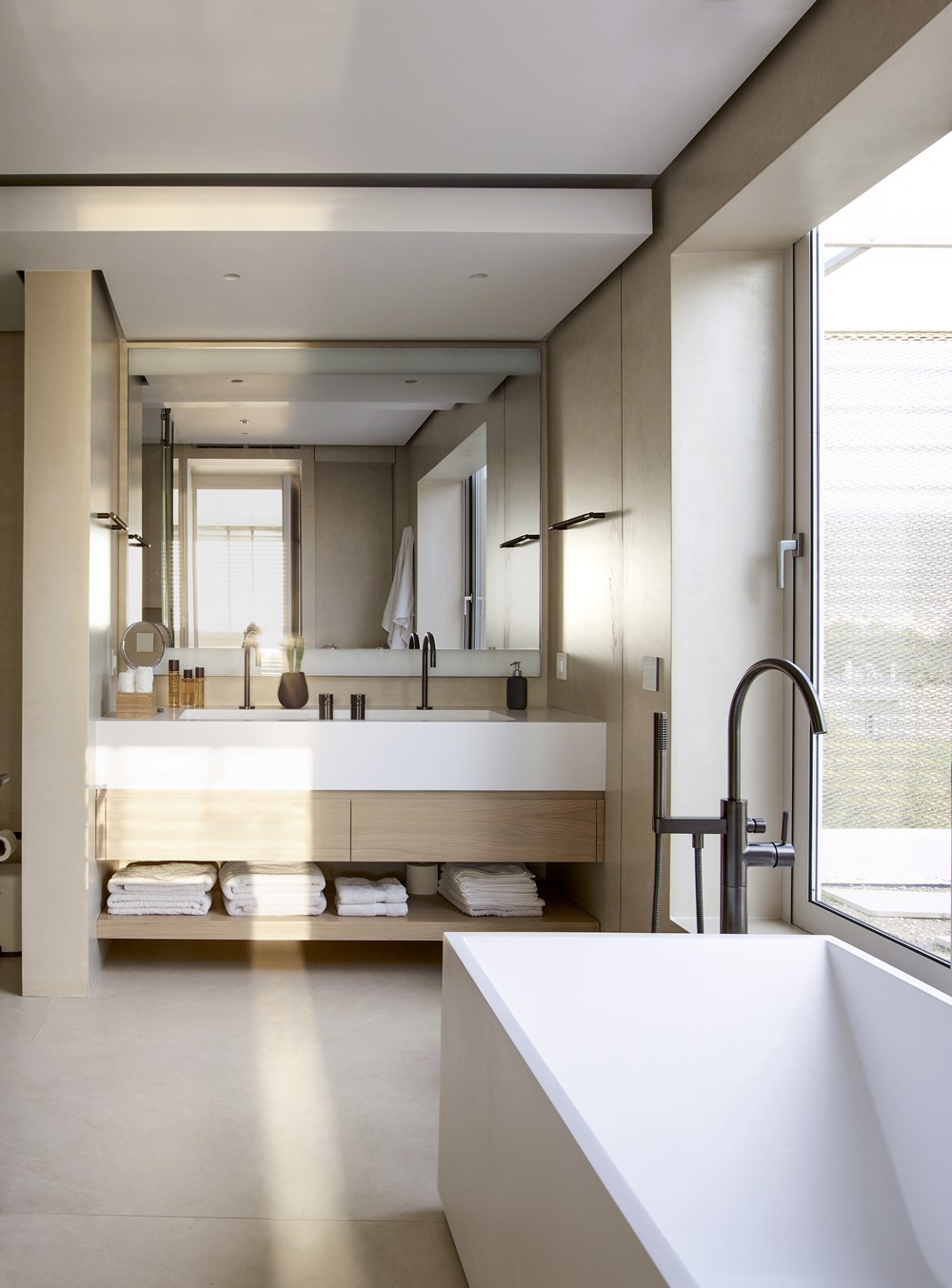 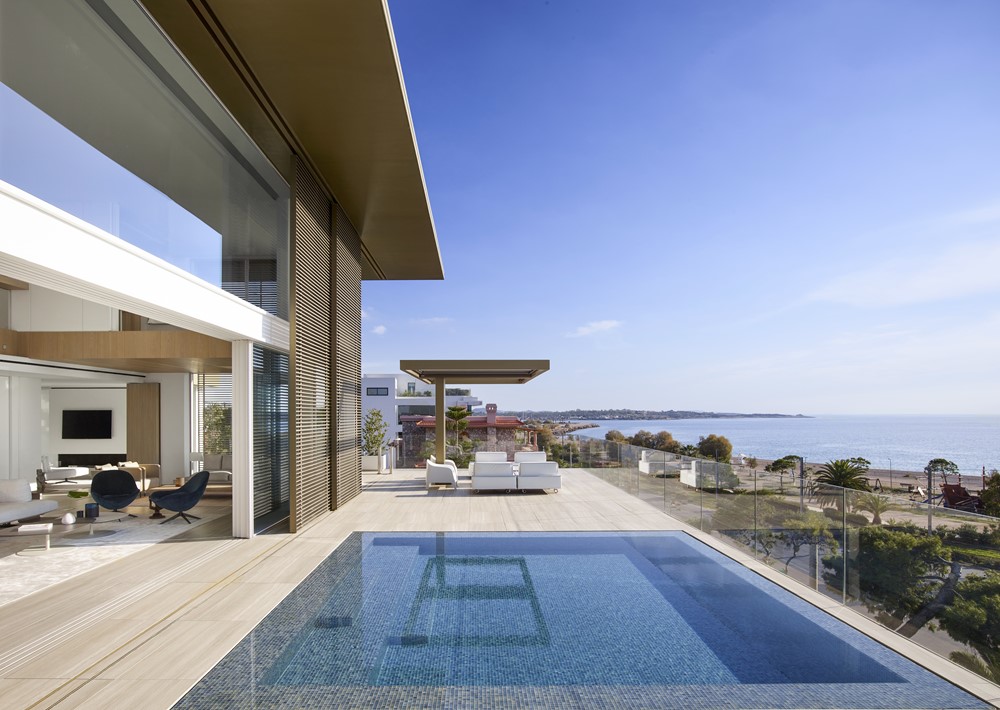 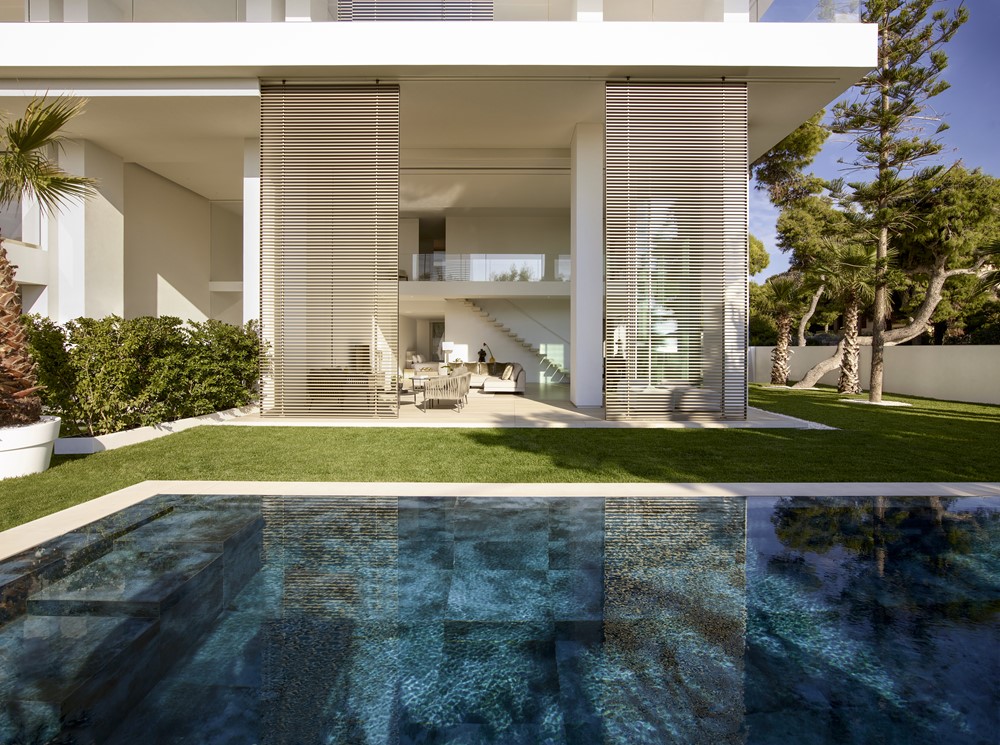 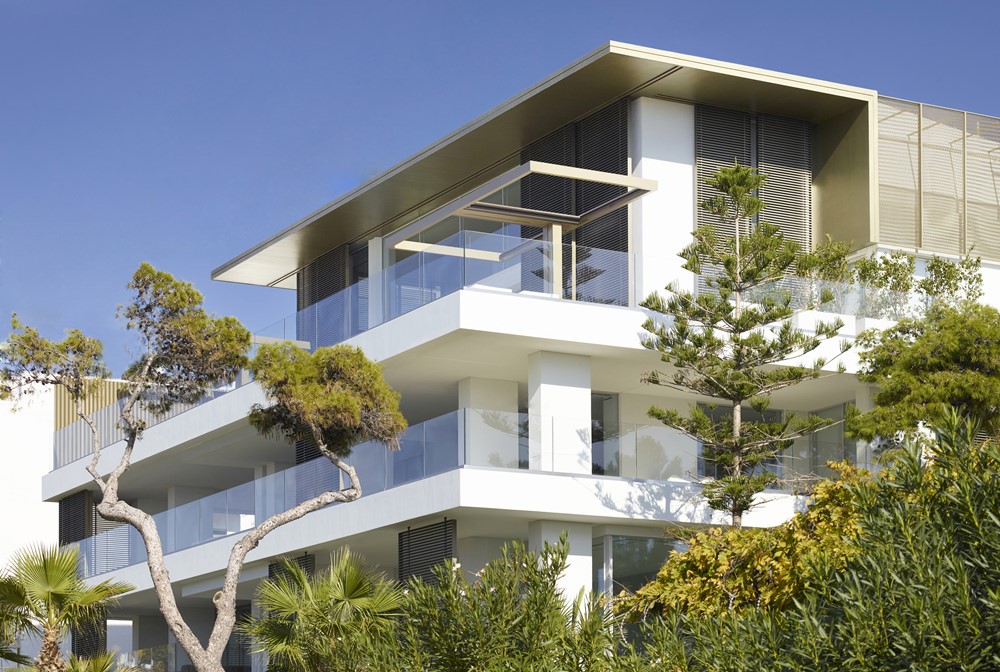 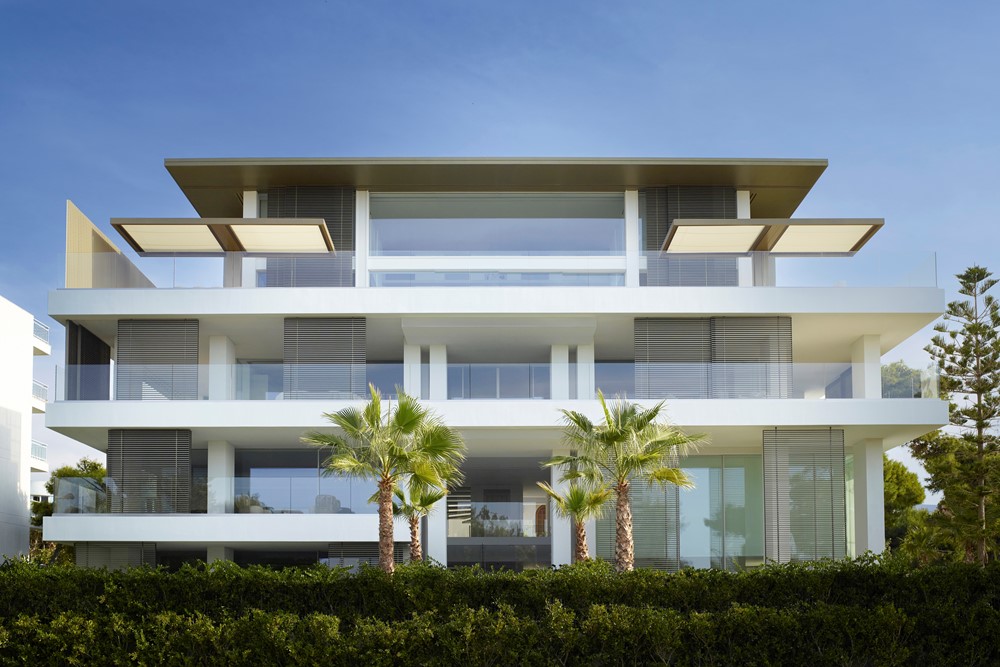 The building occupies a corner site on the frontline of the promenade overlooking one of the local beaches. It comprises four apartments located on either side of a triple-volume arrival hall, which provides access to landscaped gardens with twin swimming pools to the front. A double-level penthouse spans the width of the podium on the upper level, set back from the building’s edge.
The front of the building presents a layered approach with expansive glazing, recessed columns and moveable screens that moderate the bright maritime light and provide privacy while allowing the interiors to open to the views. The rear of the building presents a contrastingly solid facade with puncture openings to shelter itself from its neighbours to the side and behind.
The front facade design emphasises the play of horizontal and vertical planes. The crisp white finishes and almost classically symmetrical proportions of the building reflect a contemporary architectural approach rooted in the climatically appropriate local Mediterranean tradition but expressed in a language of timeless minimalism.
The penthouse carries the minimalistic approach and the language of simplified plains and voids into the interior.
SAOTA and ARRCC’s client sought a versatile apartment that could easily accommodate large social events and also provides a sense of intimacy when there were no guests. He also required a gallery-like space that could accommodate and display artworks.
The penthouse centres on a large, central volume which acts as the principal living space and gallery. Its volume responds to the scale of the views, while double-volume motorised glass sliding doors and moveable screens pocket away into the walls, blurring the distinction between inside and out.